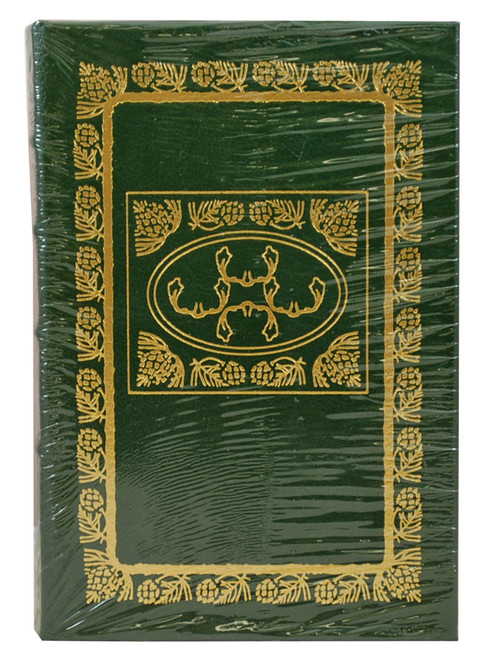 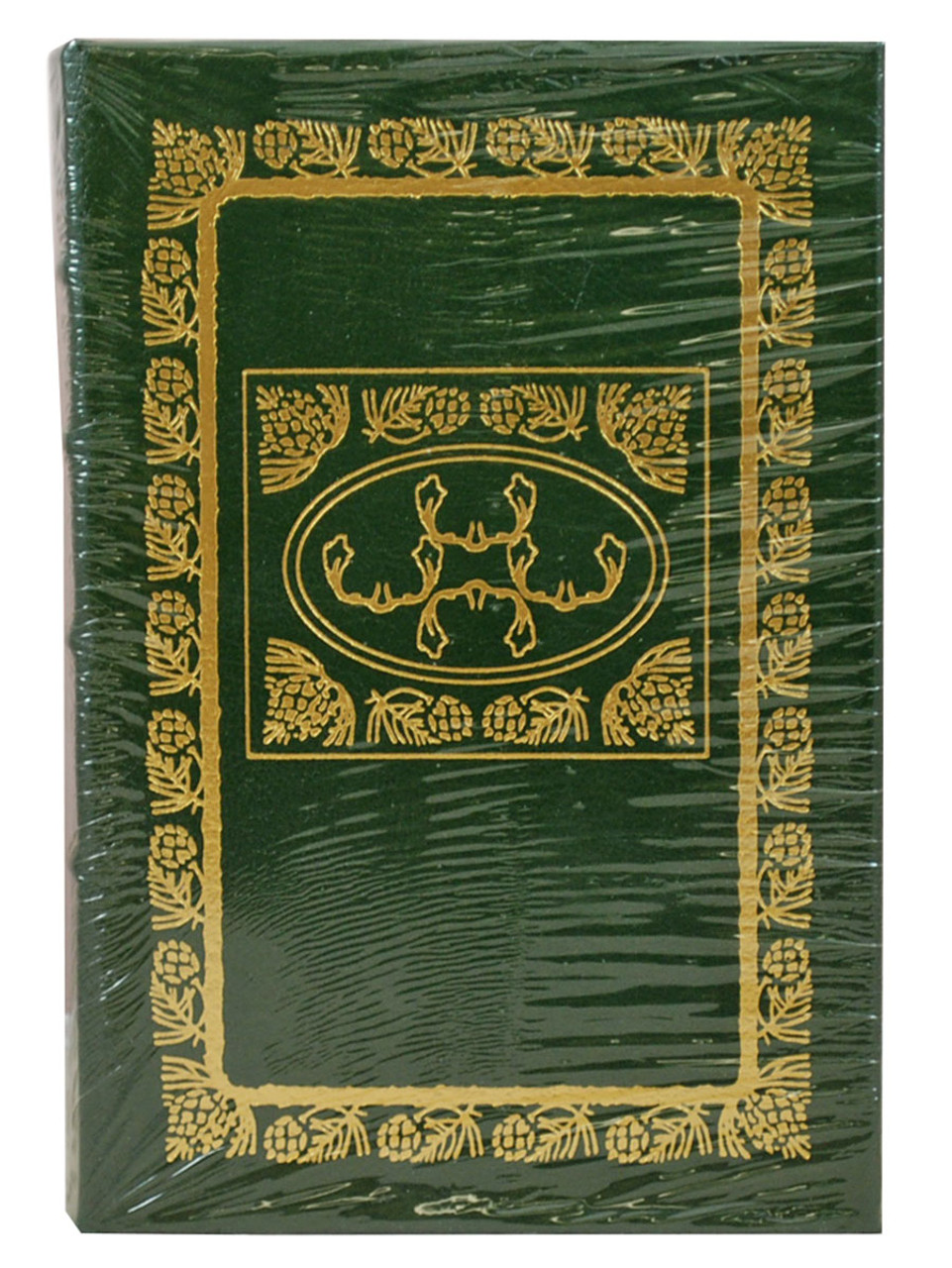 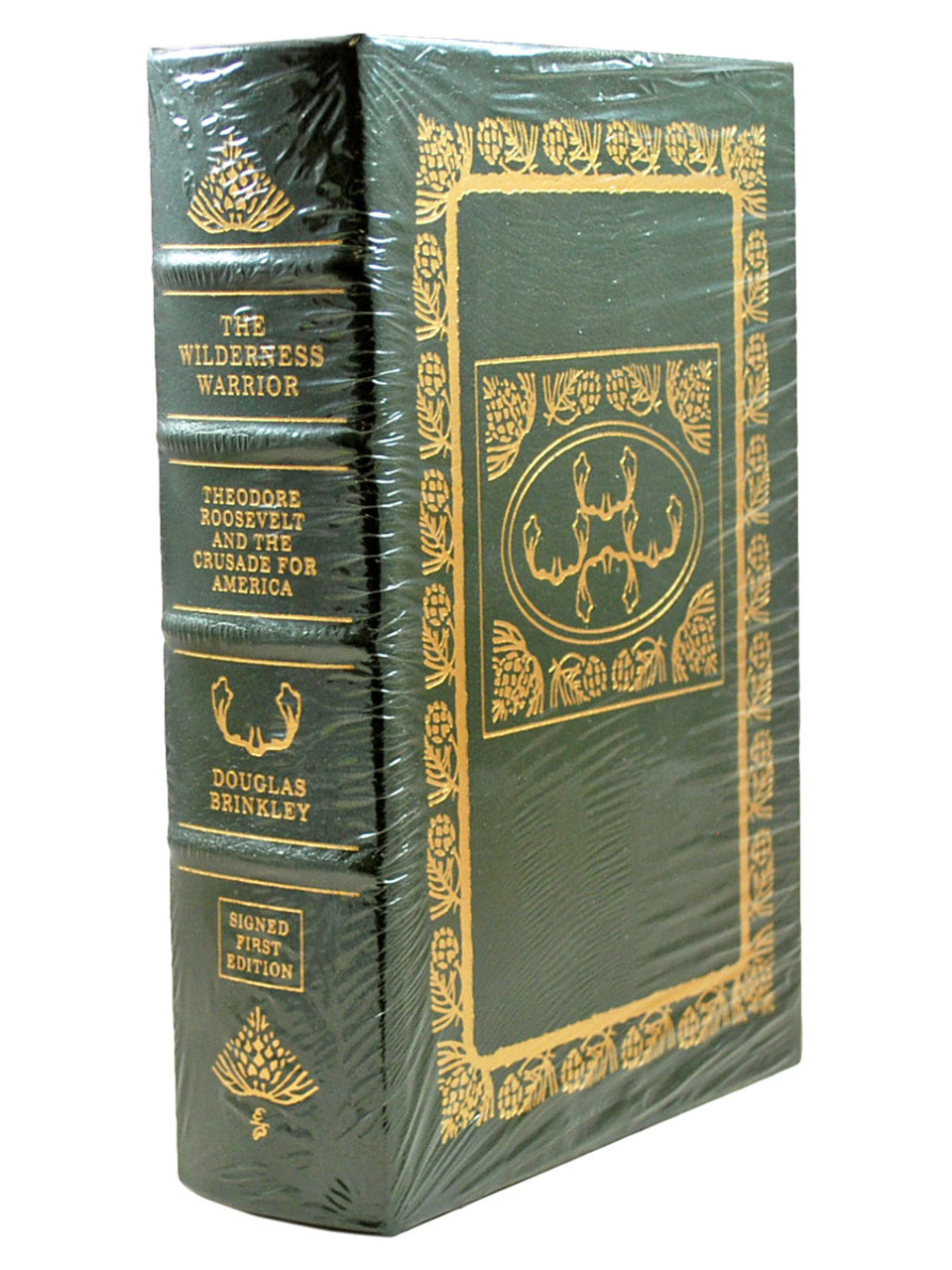 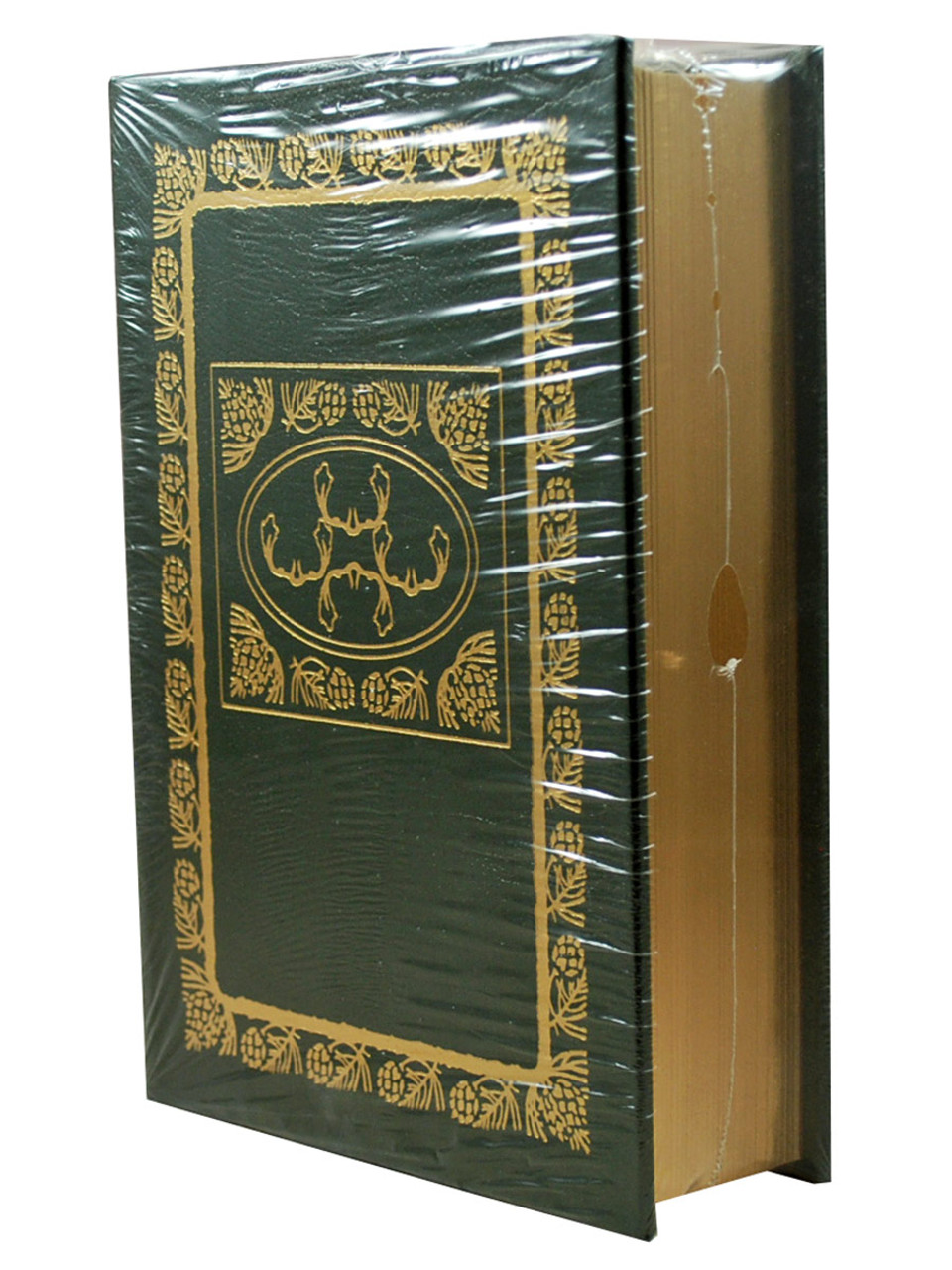 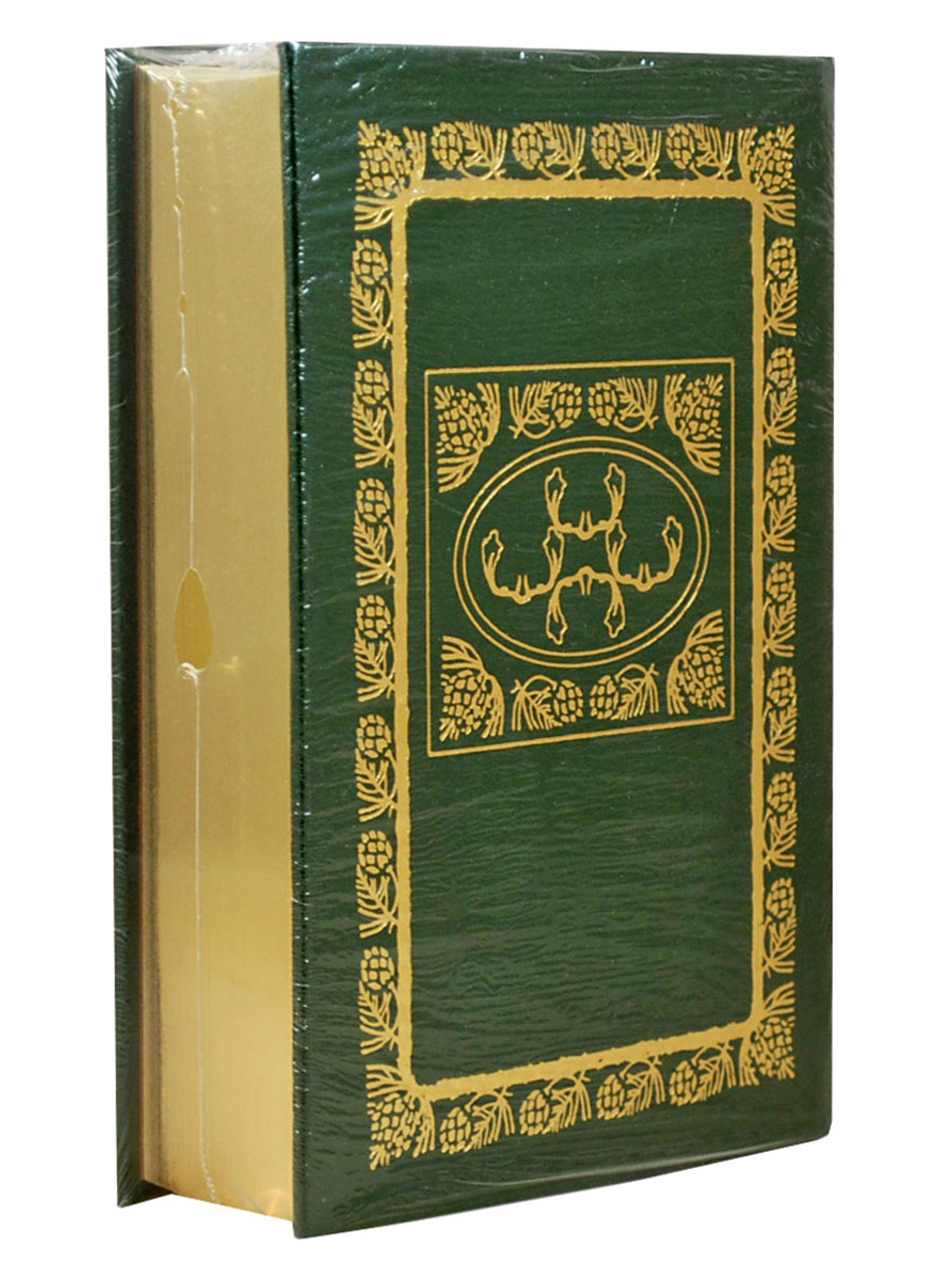 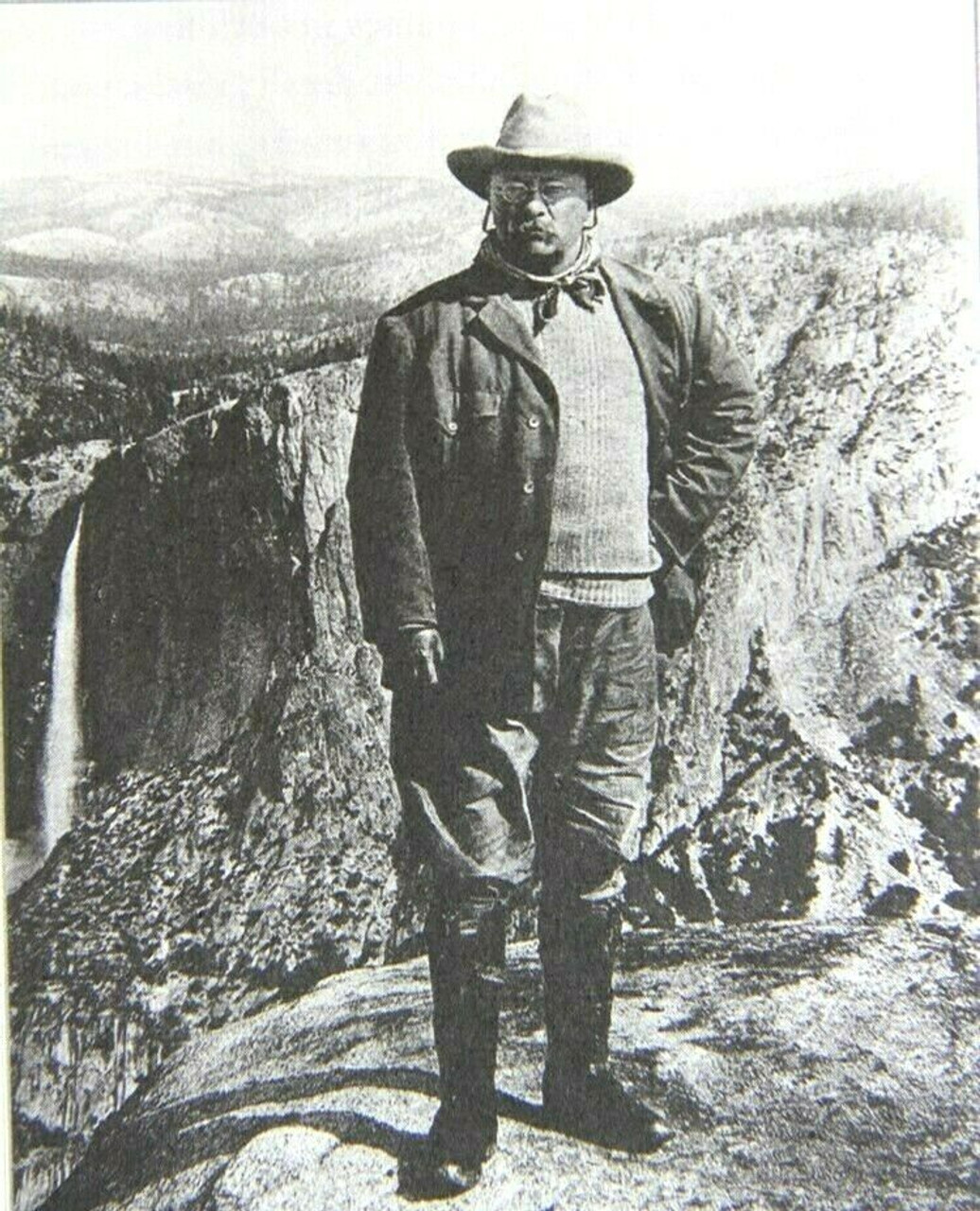 About The Wilderness Warrior

In this groundbreaking epic biography, Douglas Brinkley draws on never-before-published materials to examine the life and achievements of our “naturalist president.” By setting aside more than 230 million acres of wild America for posterity between 1901 and 1909, Theodore Roosevelt made conservation a universal endeavor. This crusade for the American wilderness was perhaps the greatest U.S. presidential initiative between the Civil War and World War I. Roosevelt’s most important legacies led to the creation of the U.S. Fish and Wildlife Service and passage of the Antiquities Act in 1906. His executive orders saved such treasures as Devils Tower, the Grand Canyon, and the Petrified Forest.

Theodore Roosevelt is a GOP president who first became so through a nomination to vice president he may have not even wanted, then the passing of President McKinley. Roosevelt proceeded to show America what it means to "conserve" as he shaped the very structure of our National Parks and Forests, including the commissions that oversee our wildlife and hunting to preserve for future generations. He was a progressive conservative (not normally a contradiction) with many other great domestic policies and achievements that shape the world we live in today. 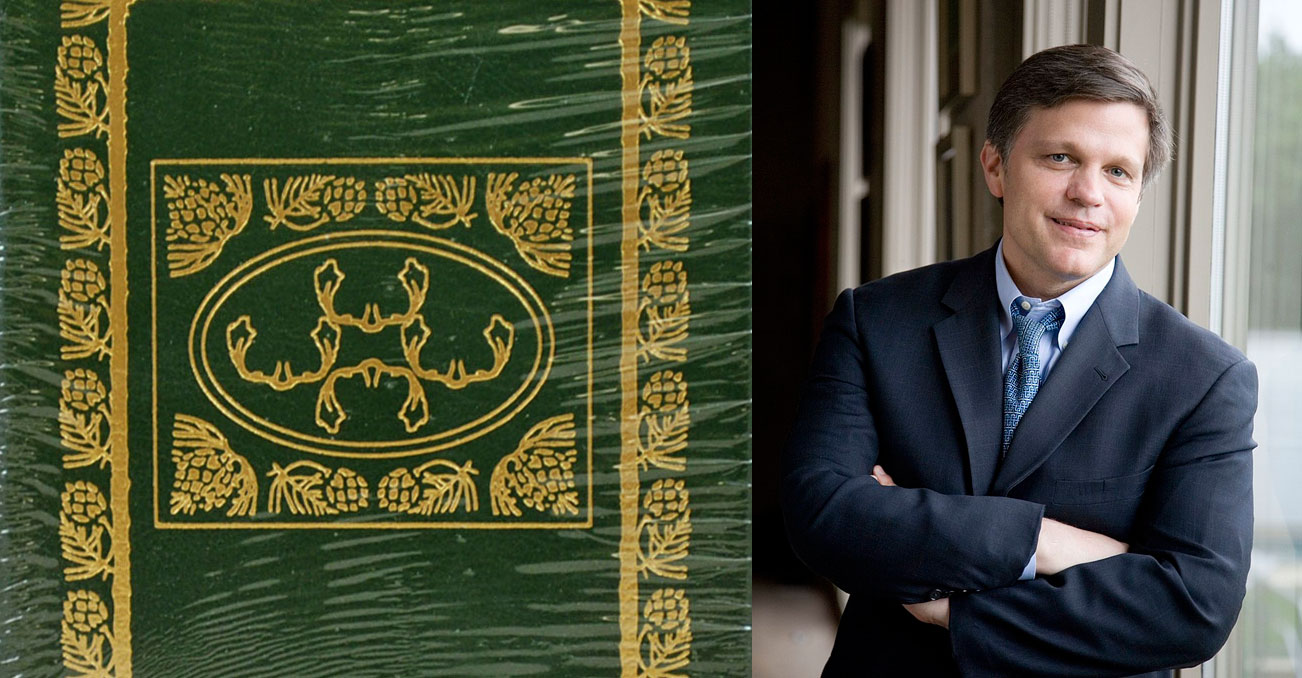 Dr. Douglas Brinkley is the Katherine Tsanoff Brown Chair in Humanities and Professor of History at Rice University, a CNN Presidential Historian, and a contributing editor at Vanity Fair. He has received seven honorary doctorates in American Studies. He works in many capacities in the world of public history, including for boards, museums, colleges and historical societies. Six of his books were named New York Times "Notable Books of the Year" and seven became New York Times bestsellers.

His The Great Deluge: Hurricane Katrina, New Orleans and the Mississippi Gulf Coast, 2007, received the Robert F. Kennedy Human Rights Book Award. He was personally selected by Nancy Reagan to edit President Ronald Reagan's presidential diaries (2011). His 2012 book Cronkite won Fordham University's Ann M. Sperber Prize for outstanding biographies. His two-volume annotated The Nixon Tapes, 2016, won the Arthur S. Link - Warren F. Kuehl Prize. He received a Grammy Award in 2017 as co-producer of Presidential Suite: Eight Variations on Freedom. The New-York Historical Society selected Brinkley in 2017 as their official U.S. Presidential Historian. He is on the Board of Trustees at Brevard College and the Franklin D. Roosevelt Presidential Library. He is a member of the Century Association, Council of Foreign Relations and James Madison Council of the Library of Congress.

He lives in Austin, Texas with his wife and three children.

Born on December 14, 1960 in Atlanta, Georgia. Brinkley's mother, a high school English teacher, was a New Jersey native and his father, a Corning Glass Works executive, was from Pennsylvania. When Brinkley turned eight his family moved to Perrysburg, Ohio, As an undergraduate at The Ohio State University, he majored in U.S. history with a minor in Latin American studies, graduating with a B.A. in 1982. He published his first article in 1983 on the United Brotherhood of Carpenters and Joiners in America. In the summer of 1980 he spent a semester at Oxford University doing research on George Orwell. Accepting a fellowship to attend Georgetown University studying U.S. Diplomatic History, he earned his M.A. in 1983 and his PhD in 1989. During his student years he worked at used/antiquarian book stores including Second Story Books, Idle Times Books and the Phillip Collection. Career

Brinkley's early teaching career included teaching positions at the U.S. Naval Academy, Princeton, and Hofstra. While living in Annapolis he began researching the life and times of former Secretary of the Navy James Forrestal.. At Hofstra University he spearheaded the American Odyssey course (taking students on numerous cross-country treks where they visited historic sites and met cultural icons in including Arthur Miller, Toni Morrison, John Kenneth Galbraith, Jimmy Carter, Morris Dees, Ken Kesey, and William S. Burroughs). This class was written about in The New York Times and dozens of other newspapers. Elizabeth Gilbert (author of Eat, Pray, Love) wrote a ten-page profile about Brinkley in SPIN magazine after traveling around America with him on the natural-gas powered bus.

His 1993 book, The Majic Bus: An American Odyssey chronicled his first experience teaching this innovative on-the-road class, which became the progenitor to C-SPAN's Yellow School Bus. The Associated Press noted that, "If you can't tour the United States yourself, the next best thing is to go along with Douglas Brinkley aboard The Majic Bus."

In 199x, Brinkley was appointed the Stephen E. Ambrose Professor of History and Director of the Eisenhower Center for American Studies at the University of New Orleans. During his tenure there he wrote two books with Ambrose: Rise to Globalism: American Foreign Policy Since 1938 (1998) and The Mississippi and the Making of a Nation: From the Louisiana Purchase to Today (2002).

Brinkley has also been actively involved in the environmental conservation and historic preservation community. Over the course of his conservation career, he has held board or leadership advisory roles in support of the American Museum of Natural History, Yellowstone Park Foundation, National Audubon Society and the Rockefeller-Roosevelt Conservation Roundtable. In 2015 he was awarded the Robin W. Winks Award for Enhancing Public Understanding of National Parks by the National Parks Conservation Association. In 2016 the U.S. Fish and Wildlife Service honored him with their annual Heritage Award.

Six of Dr. Brinkley's books have been selected as The New York Times "Notable Books of the Year": Dean Acheson: The Cold War Years (1992), Driven Patriot: The Life and Times of James Forrestal, with Townsend Hoopes (1992), The Unfinished Presidency: Jimmy Carter's Journey Beyond the White House (1998), Wheels for the World: Henry Ford, His Company and a Century of Progress (2003), The Great Deluge: Hurricane Katrina, New Orleans, and the Mississippi Gulf Coast (2006), and The Wilderness Warrior: Theodore Roosevelt and the Crusade for America (2010). Seven of his most recent publications have become New York Times best-sellers: The Reagan Diaries, (2007), The Great Deluge(2006), The Boys of Pointe du Hoc: Ronald Reagan, D-Day and the U.S. Army 2nd Ranger Battalion (2005), Tour of Duty: John Kerry and the Vietnam War (2004) Voices of Valor: D-Day: June 6, 1944 with Ronald J. Drez (2004), The Wilderness Warrior (2010), Cronkite (2012), and Rightful Heritage: Franklin D. Roosevelt and the Land of America (2016). The Great Deluge (2006), was the recipient of the Robert F. Kennedy prize and a finalist for the Los Angeles Times Book award.

Brinkley won the Benjamin Franklin Award for The American Heritage History of the United States (1998) and the Theodore and Franklin Roosevelt Naval History Prize for Driven Patriot (1993). He was awarded the Business Week Book of the Year Award for Wheels for the World 2004) and was named 2004 Humanist of the Year by the Louisiana Endowment for the Humanities.

A side passion of Brinkley's has long been jazz, folk, and rock 'n roll music. He won a Grammy Award (Best Jazz Ensemble) in 2007 for co-producing "Presidential Suite: Eight Variations on Freedom" and was nominated for a Grammy for "Gonzo", his collaboration with Johnny Depp on the soundtrack for an Alex Gibney documentary on Hunter S. Thompson. Other Brinkley music projects include writing the liner-notes for Chuck Berry's last CD titled Chuck and producing Fandango at the Wall with Arturo O'Farrill.

Brinkley is also a member of the Council on Foreign Relations, Century Association, Society of American Historians, and James Madison Council of the Library of Congress. He is on the Board of Trustees at Brevard College and the Franklin D. Roosevelt Presidential Library. CNN recently honored Brinkley as "a man who knows more about the presidency than any human being alive." 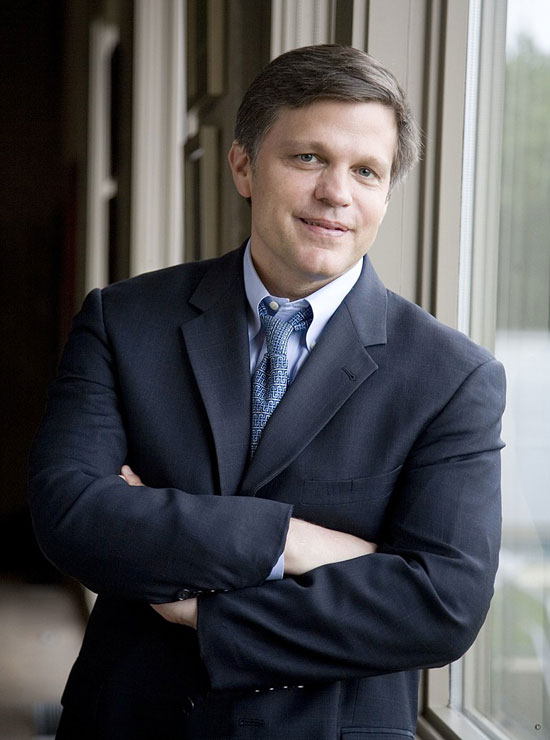