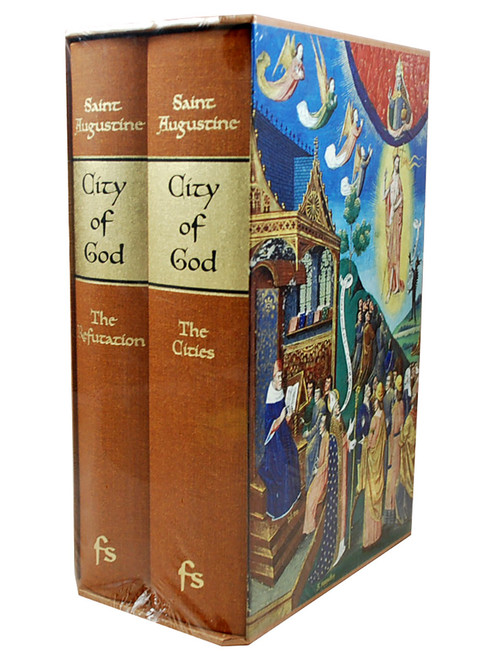 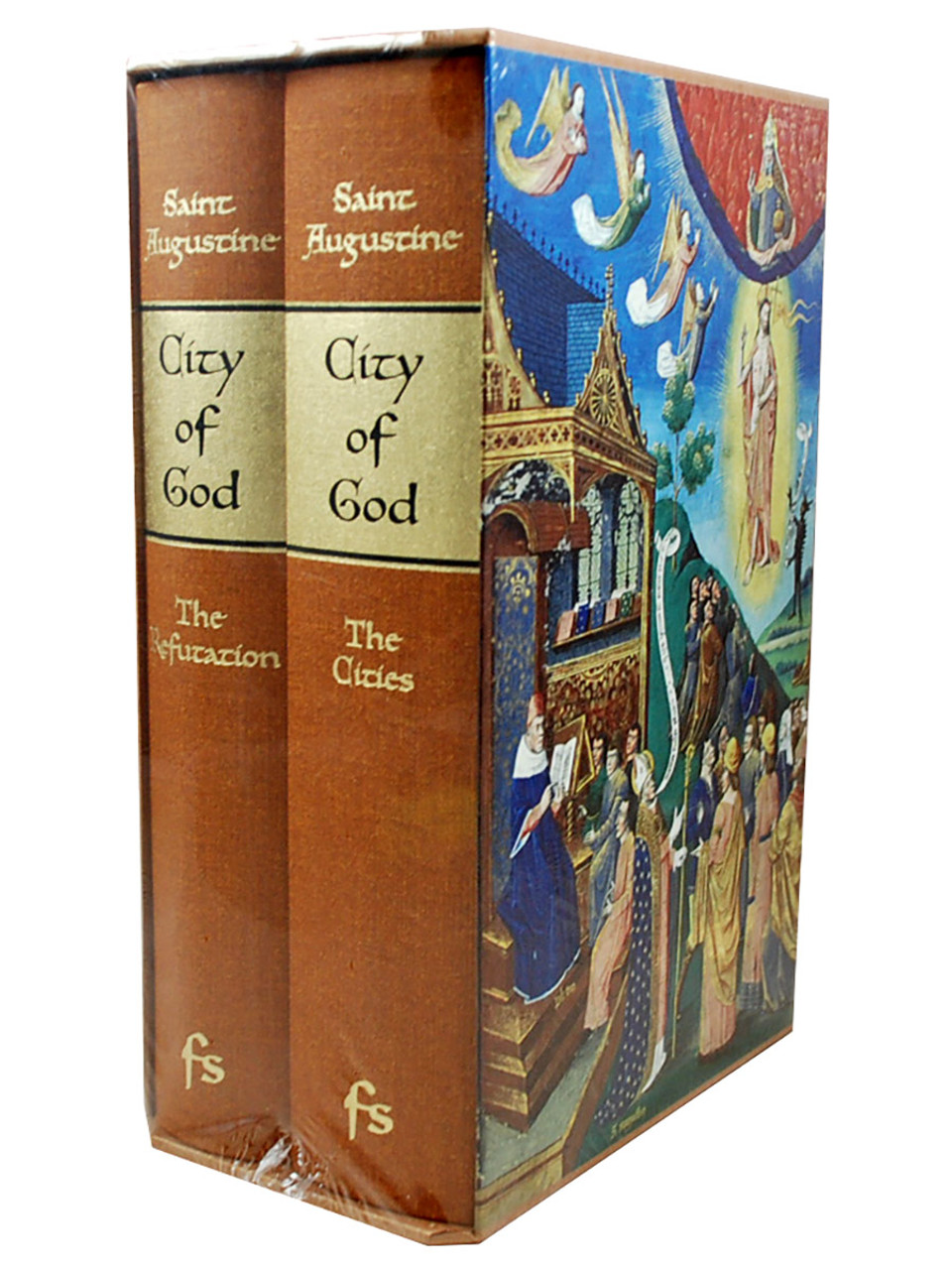 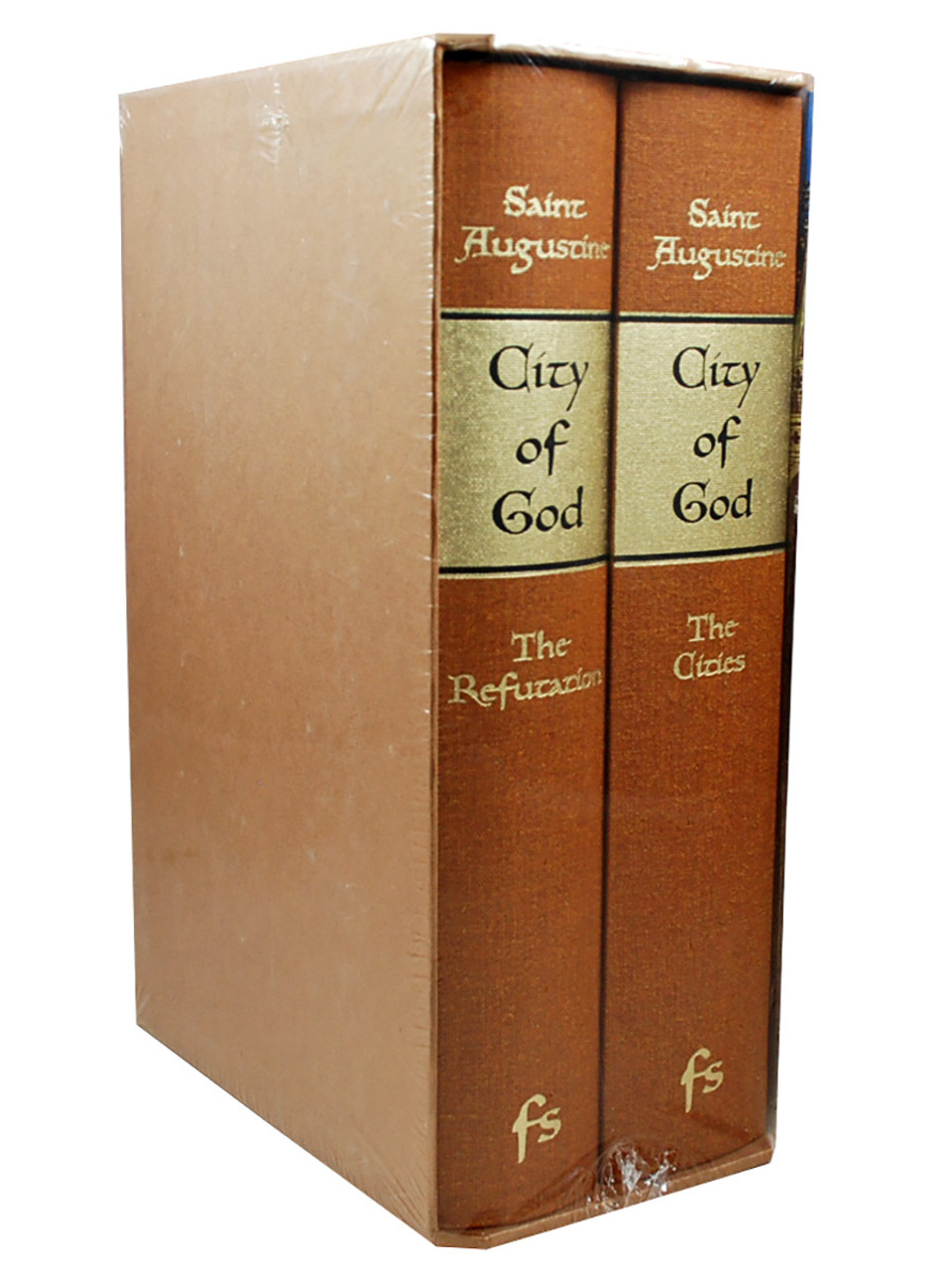 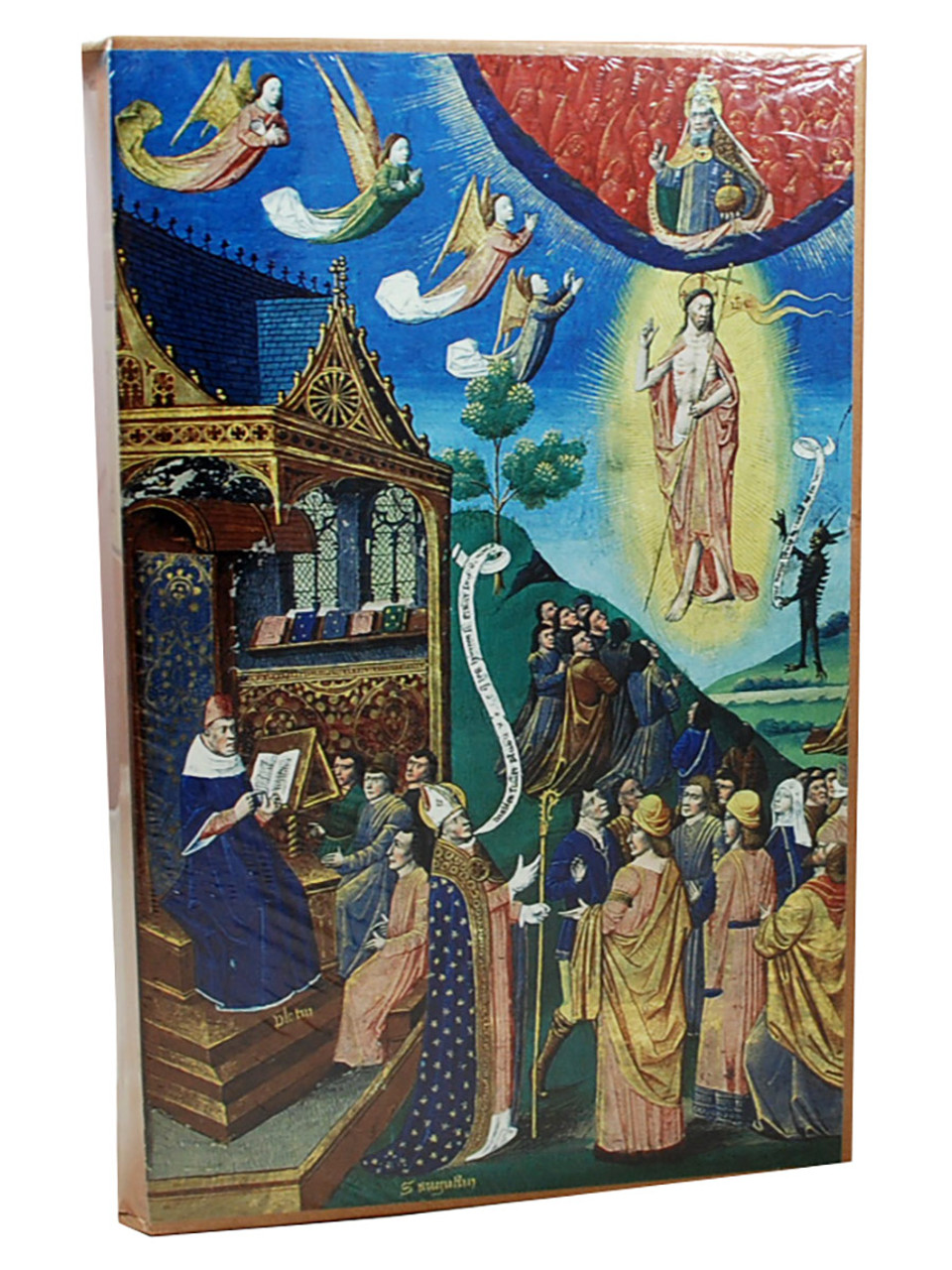 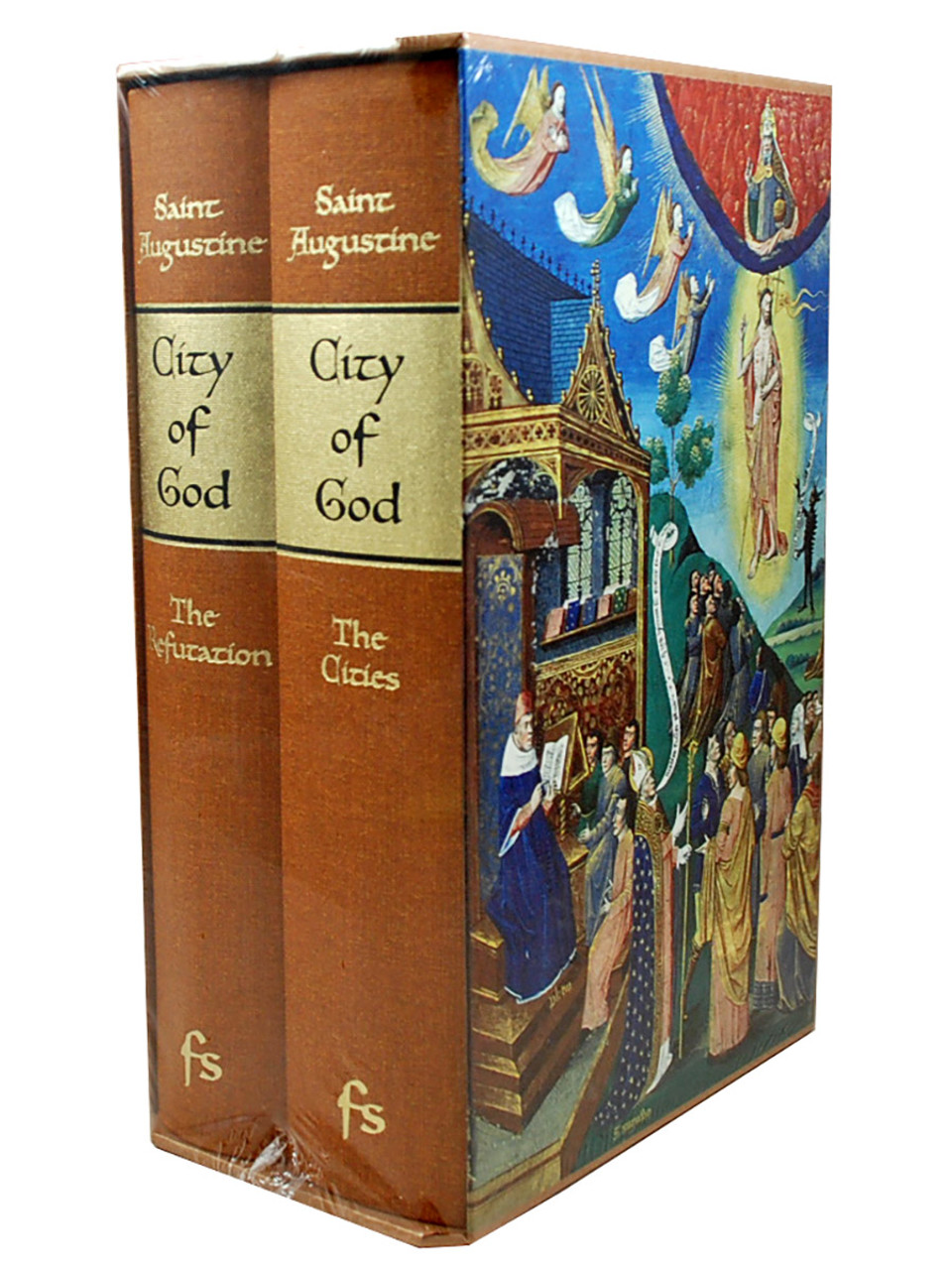 THIS EDITION IS NOW OUT OF PRINT

ABOUT CITY OF GOD

On the city of God against the pagans (Latin: De civitate Dei contra paganos), often called The City of God, is a book of Christian philosophy written in Latin by Augustine of Hippo in the early 5th century AD. The book was in response to allegations that Christianity brought about the decline of Rome and is considered one of Augustine's most important works, standing alongside The Confessions, The Enchiridion, On Christian Doctrine, and On the Trinity. As a work of one of the most influential Church Fathers, The City of God is a cornerstone of Western thought, expounding on many profound questions of theology, such as the suffering of the righteous, the existence of evil, the conflict between free will and divine omniscience, and the doctrine of original sin.

No book except the Bible itself had a greater influence on the Middle Ages than City of God. Since medieval Europe was the cradle of today’s Western civilization, this work by consequence is vital for understanding our world and how it came into being.

Saint Augustine is often regardarded as the most influential Christian thinker after Saint Paul, and City of God is his materpiece, a cast synthesis of religious and secular knowledge. It began as a reply to the charge that Christian otherworldiness was causing the decline of the Roman Empire. Augustine produced a wealth of evidence to prove that paganism bore within itself the seeds of its own destruction. Then he proceeded to his larger theme, a cosmic interpretation of in terms of the struggle between good and evilL the City of God in conflict with the Earthly City or the City of the Devil. This, the first serious attempt at a philosophy of history, was to have incalculable influence in forming the Western mind on the relations of church and state, and on the Christian’s place in the temporal order.

The original City of God contained twenty-two books and filles three regular-sized volumes. This edition has been skillfully abridged for the intelligent general reader by Vernon J. Bourke, author of Augustine’s Quest for Wisdom, making the heart of this monumental work available to a wide audience.

"The human mind can understand truth only by thinking, as is clear from Augustine." – Saint Thomas Aquinas

AUGUSTINE OF HIPPO (AD 354– 430) is among the most influential cultural figures of all time. His development of Christian theology during the formative fourth and fifth centuries shaped church teaching for future generations. Ascending to influence as a teacher of rhetoric in Hippo, Rome, and Milan, Augustine initially embraced Manichean religion, and later came under the influence of Neoplatonism. In AD 387, however, his life dramatically changed direction with his conversion to Christianity. After conversion, he returned to his native North Africa, where he was ordained a priest and later made a bishop. As leader of the Church in Hippo, he preached widely and wrote voluminous biblical commentaries and apologetic works defending Christian faith against its rivals and detractors, along with more personal and pastoral works, such as Confessions. 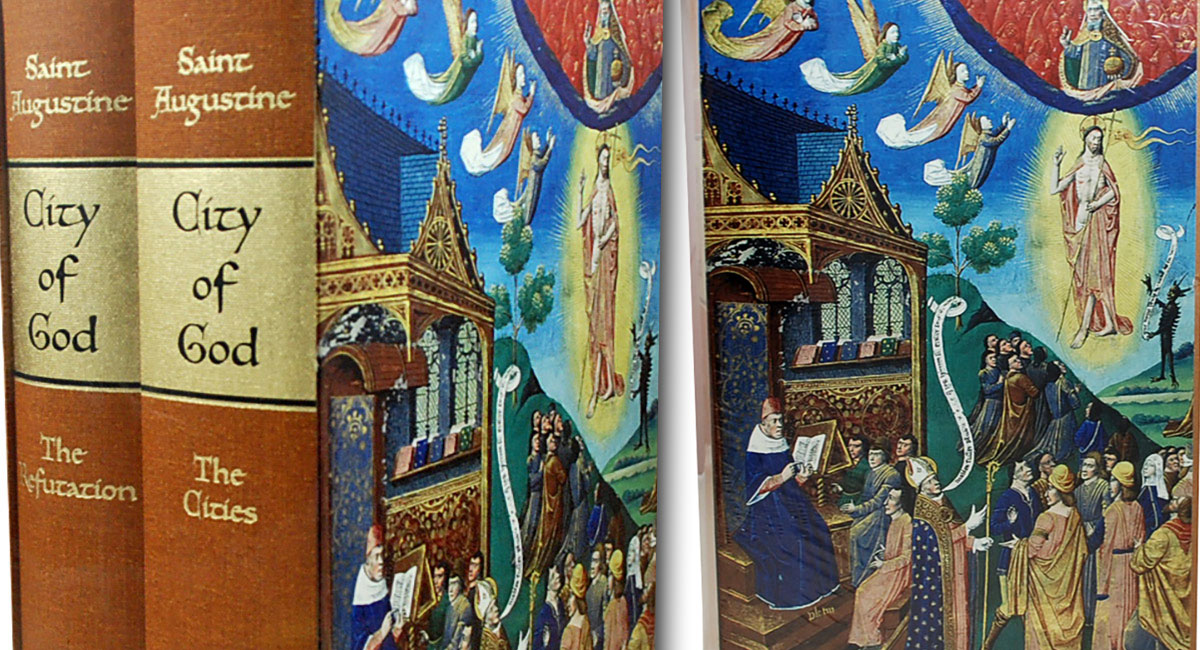 FREE SHIPPING WITHIN THE US. Fast & Free Shipping by USPS Priority Mail. Insurance with signature confirmation.

VERY FINE GUARANTEED. As New. The set is sealed as if normally shipped from the publisher. The condition is of the highest quality without any discernible flaws. Unread books with sharp corners.