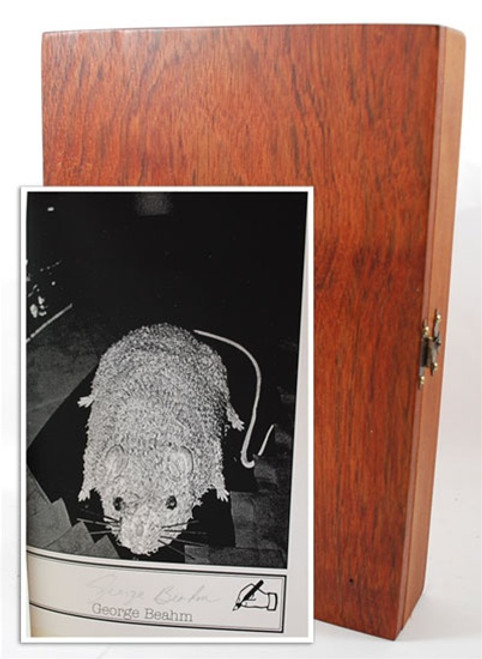 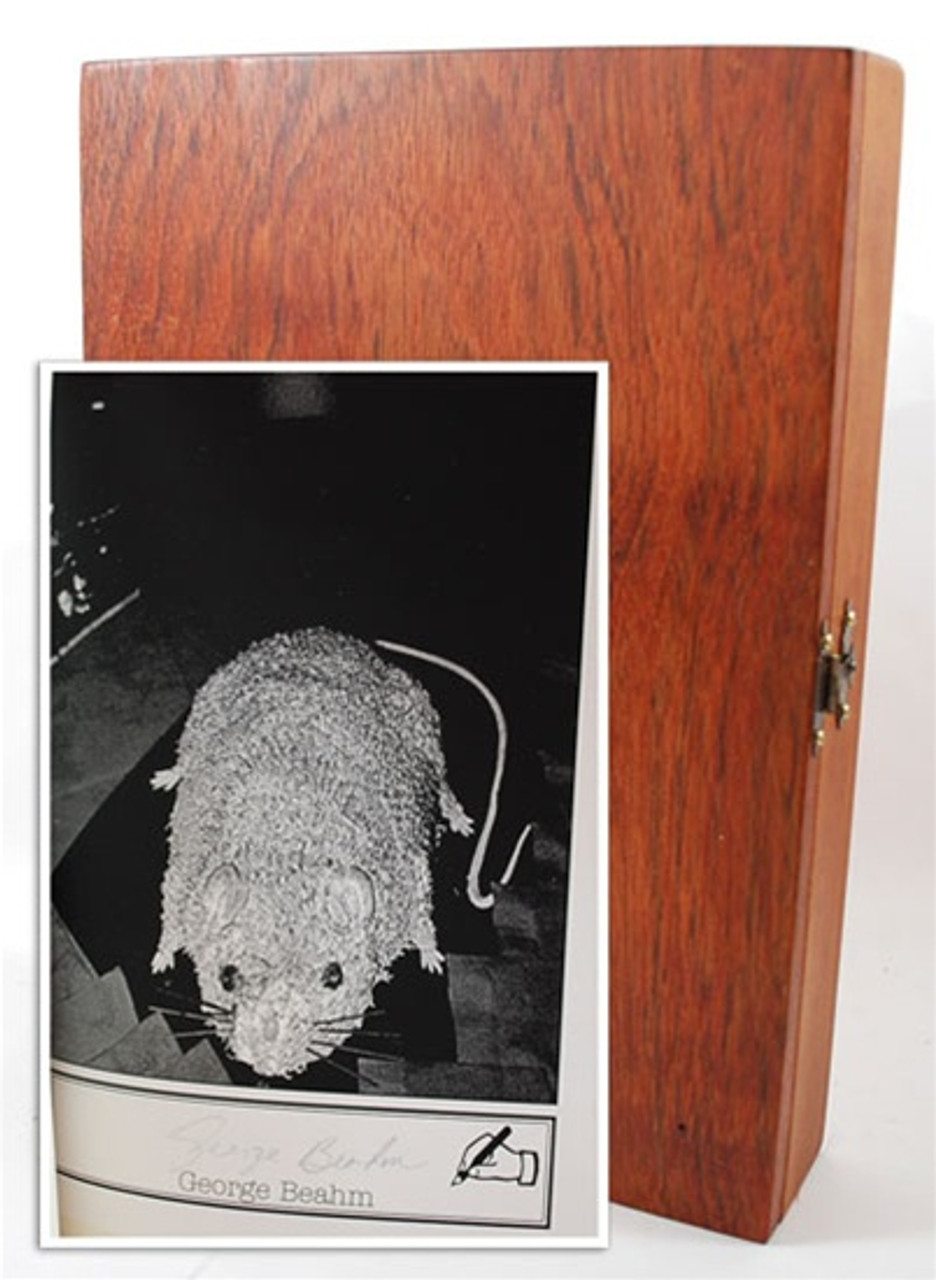 This is the collection of pieces about events in King's life as a writer. A handsome leather bound edition and scarce in this limitation.

Condition: Fine in Fine wooden box. The latch on the wooden box closes with no trouble whatsoever.

"Did you know that the Bangor West All Stars was the Little League team on which King's son Owen played (King being an assistant coach), ultimately winning the Maine State Little League Championship (11-8) in 1989, and that the team's ascent to glory is recounted in great detail in Nightmares & Dreamscapes' "Head Down?"

That Cavalier is a cheesecake magazine in which King first sold "Graveyard Shift"? That King believes Hell House by Richard Matheson might be the scariest haunted-house novel ever written? These and hundreds more Stephen King-related entries await the King enthusiast in George Beahm's literary and biographical encyclopedia. Drawing on years of Stephen King expertise (Beahm wrote the Stephen King Companion, The Stephen King Story, and Stephen King: America's Best-Loved Boogeyman), Beahm has larded his encyclopedia with detailed information on King's stories, books, and films, as well as quotes that give King's take on everything from fame to censorship to authors he admires and deplores.

There are photographs (75), illuminated letters (26), a couple dozen essays on topics such as Maine, Philtrum Press (King's publisher), and King's movies, and trivia such as the amount of prize money King won in a college English department contest ($69.81) and the name of King's childhood dog (Queenie). The potential quality of life for Stephen King aficionados has just significantly improved." --Stephanie Gold

This encyclopedic king-sized reference covers every nook and cranny of the prolific author's career--as a writer, screenwriter, actor, and popular cult figure. Drawing on nearly 25 years of work, Stephen King from A to Z is the final word on things King, portraying the writer who has sold a quarter-billion copies worldwide of his books since 1974.