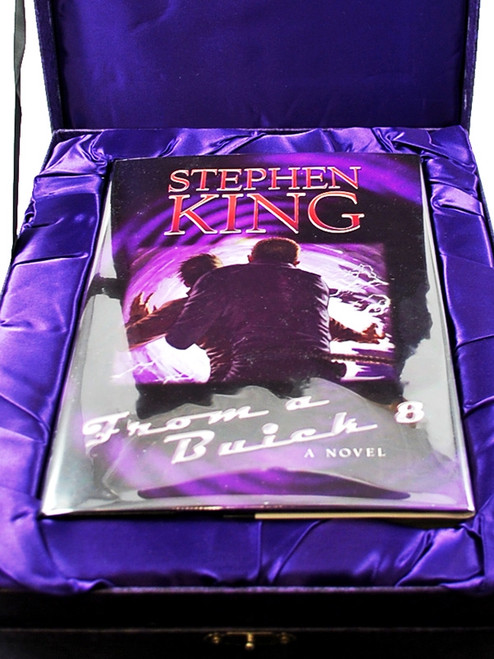 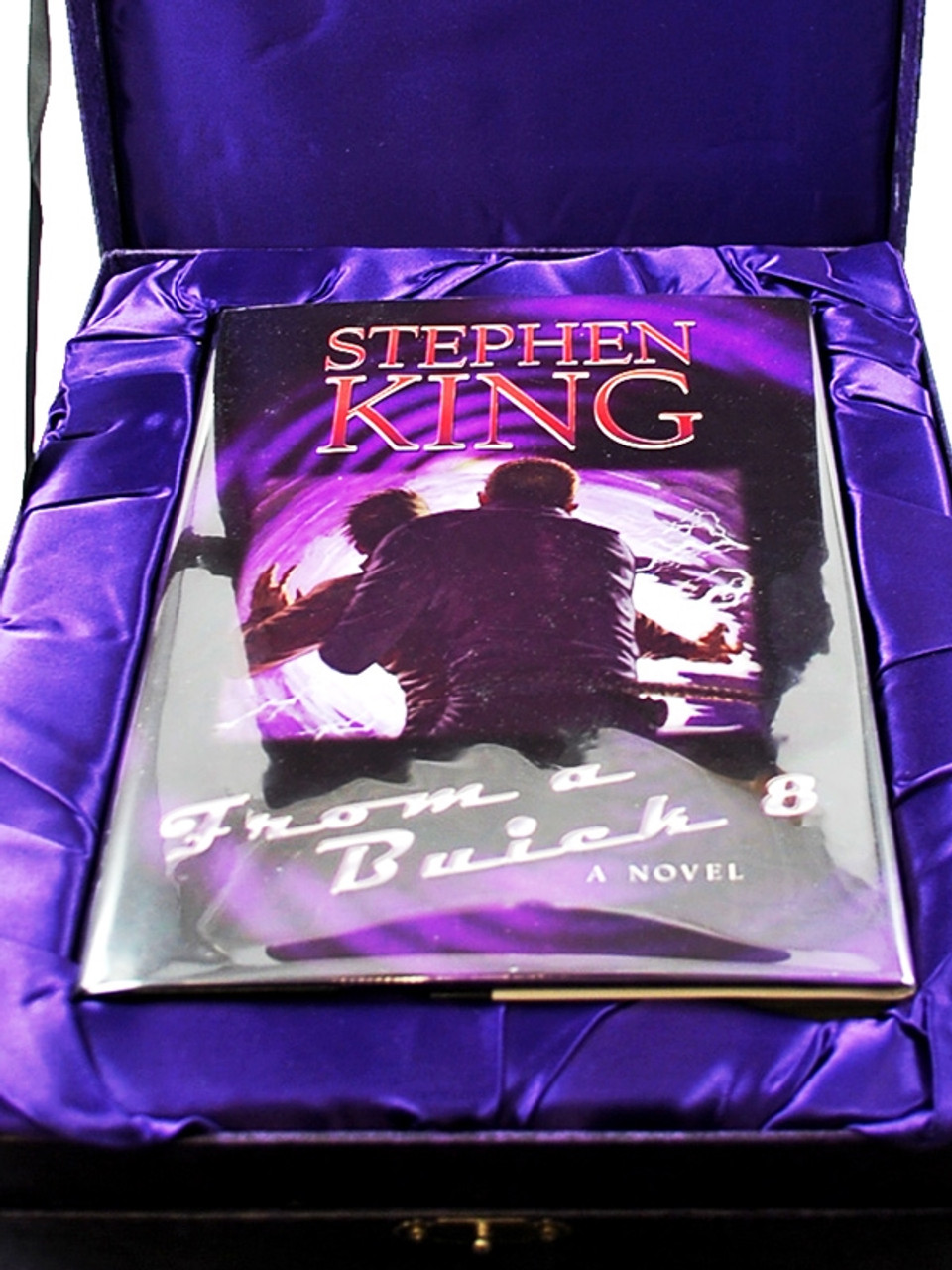 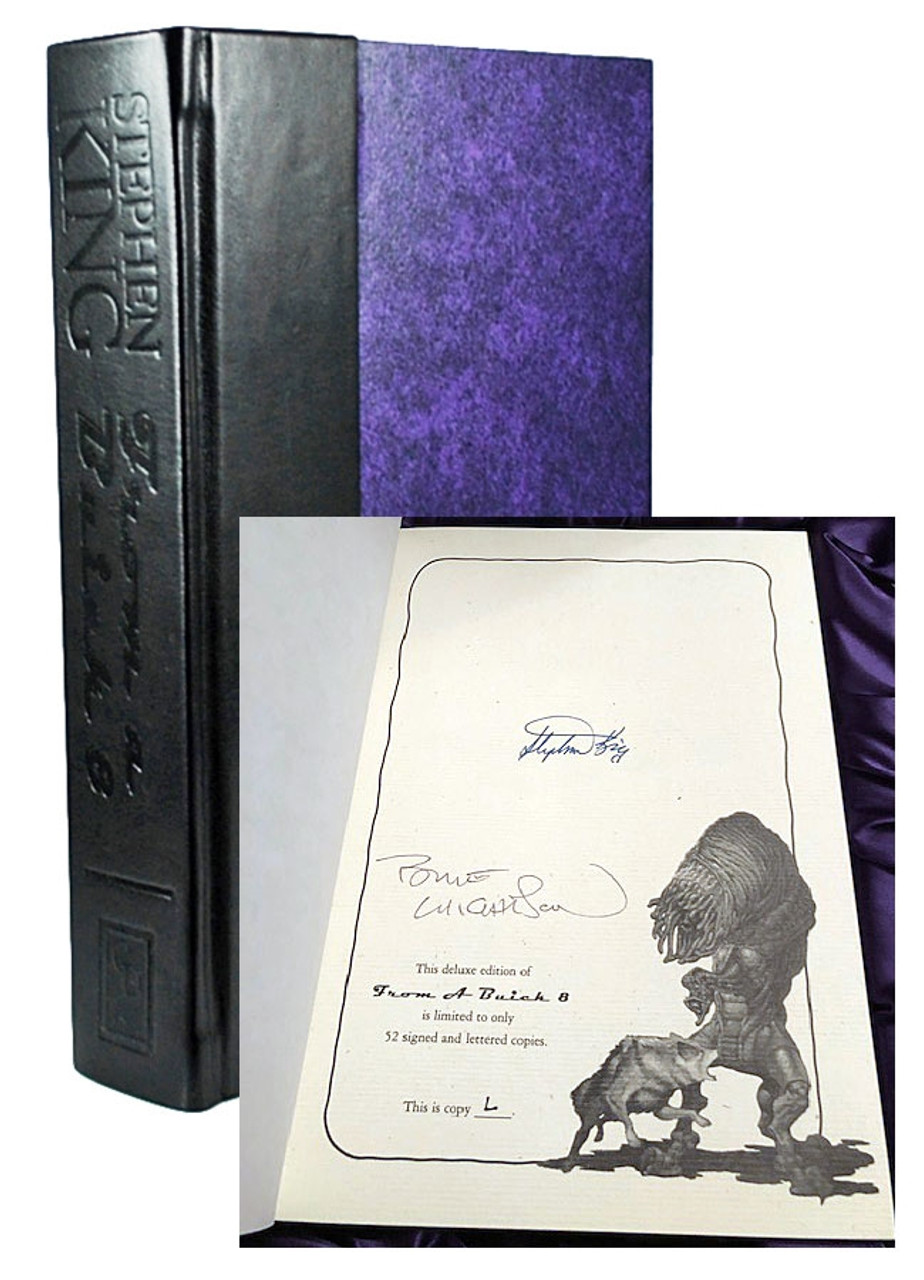 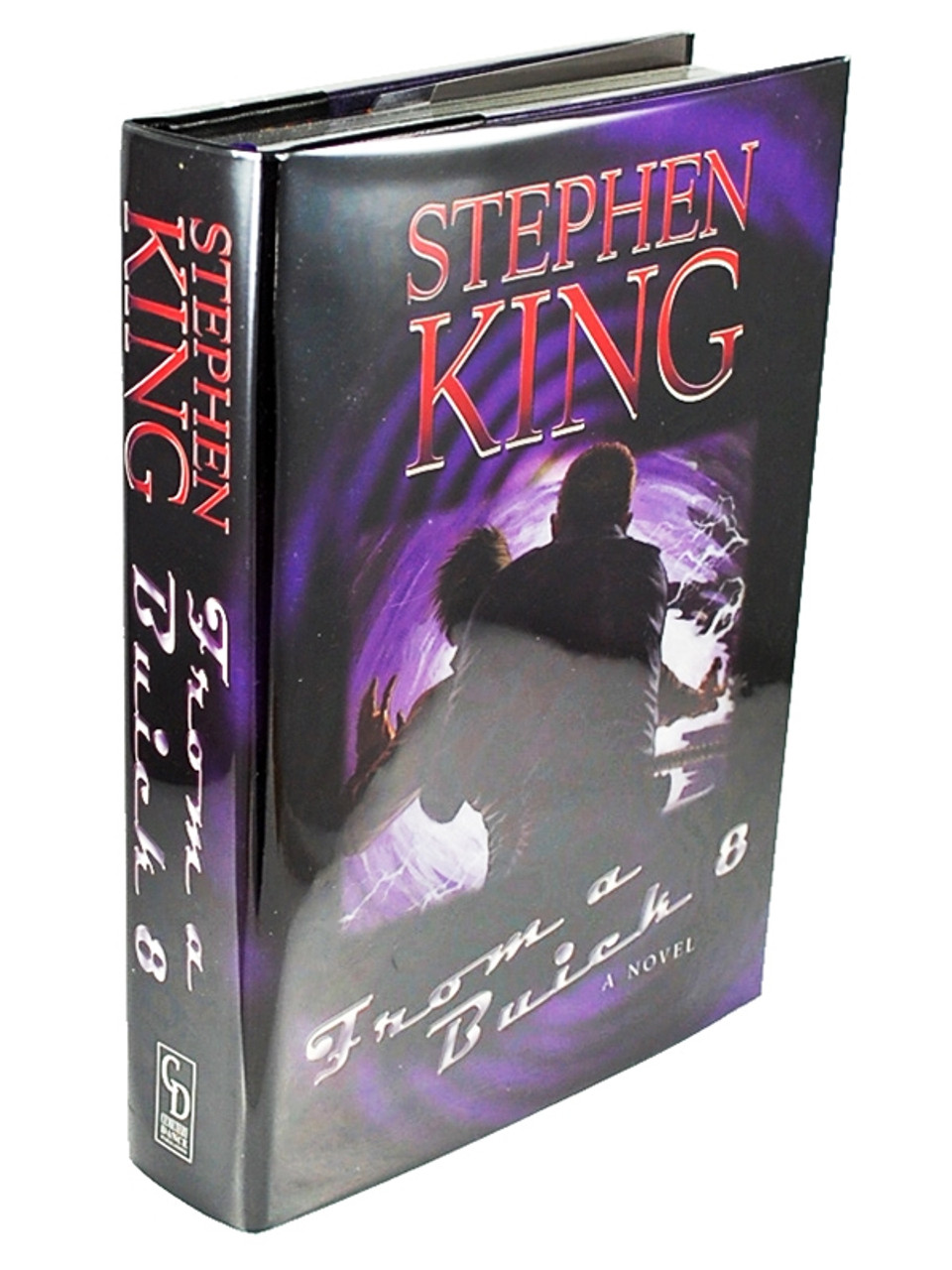 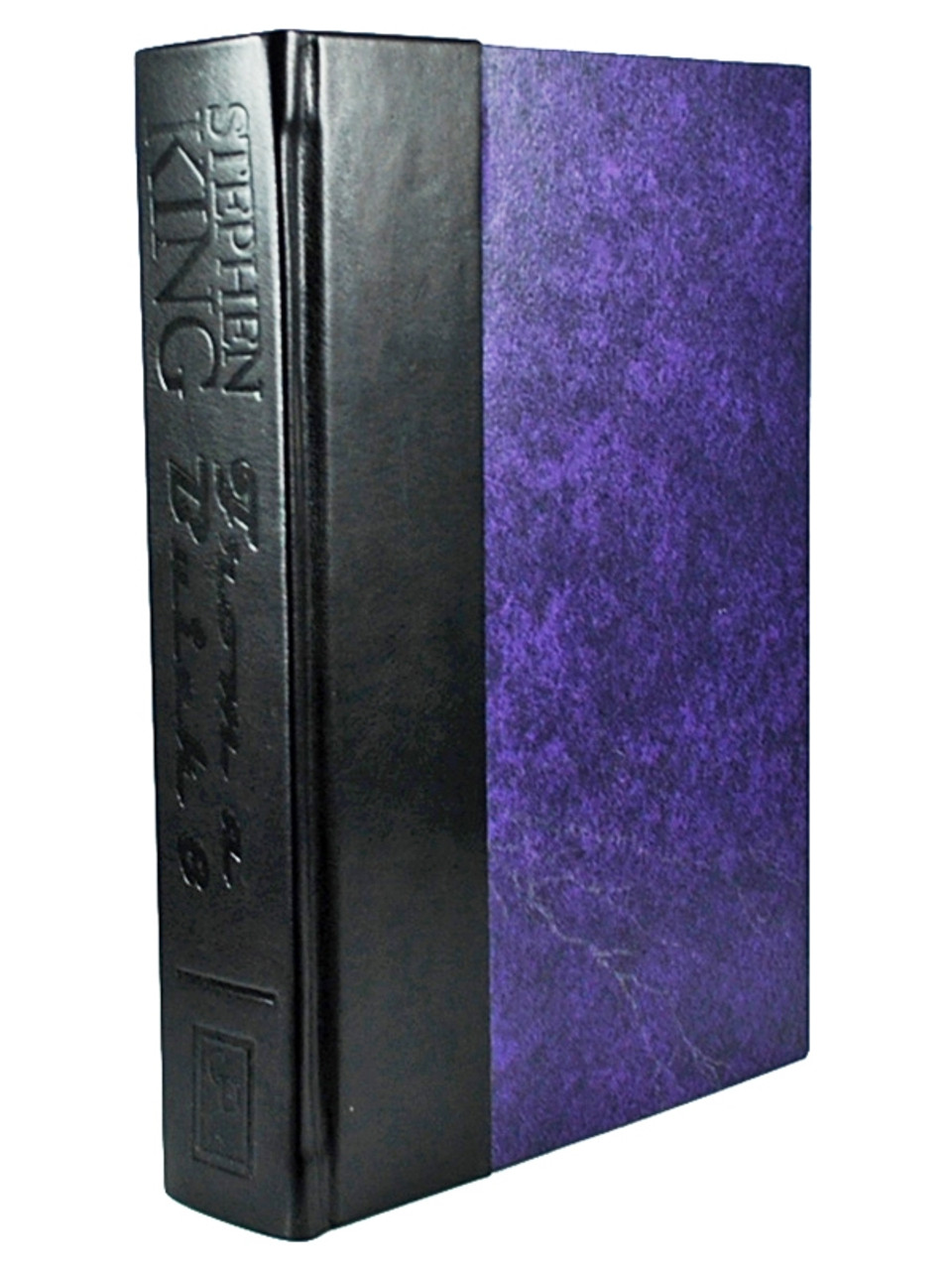 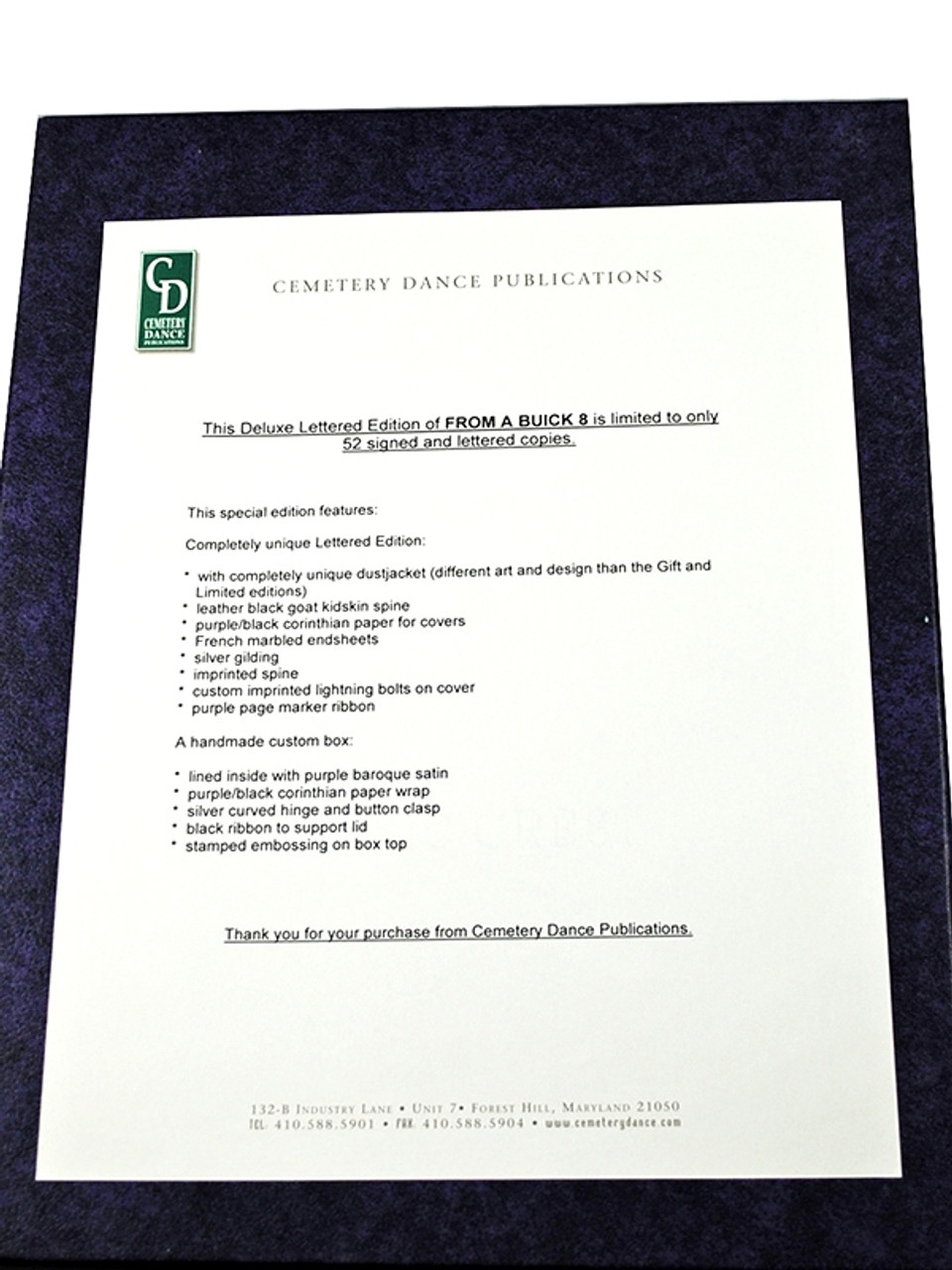 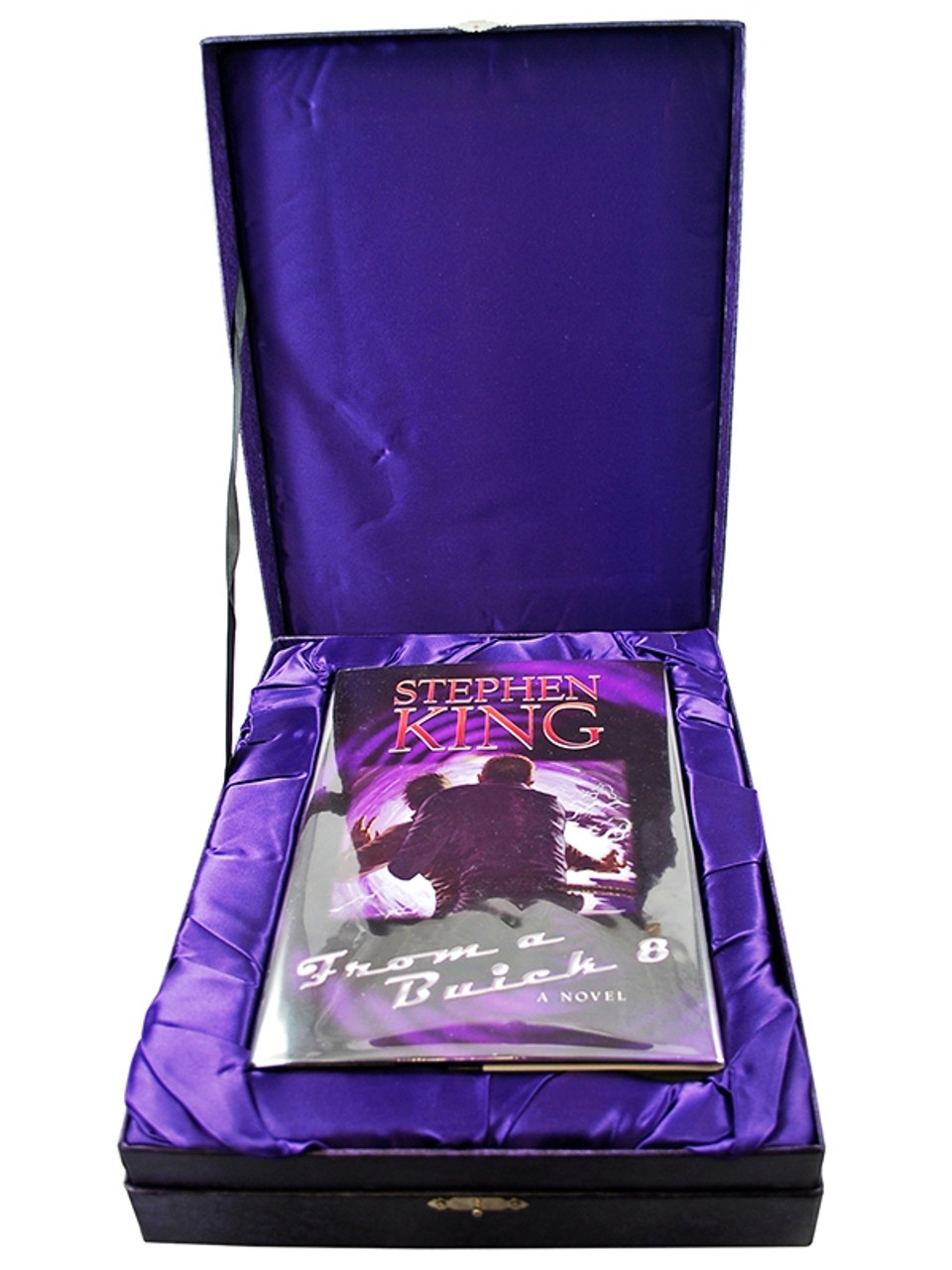 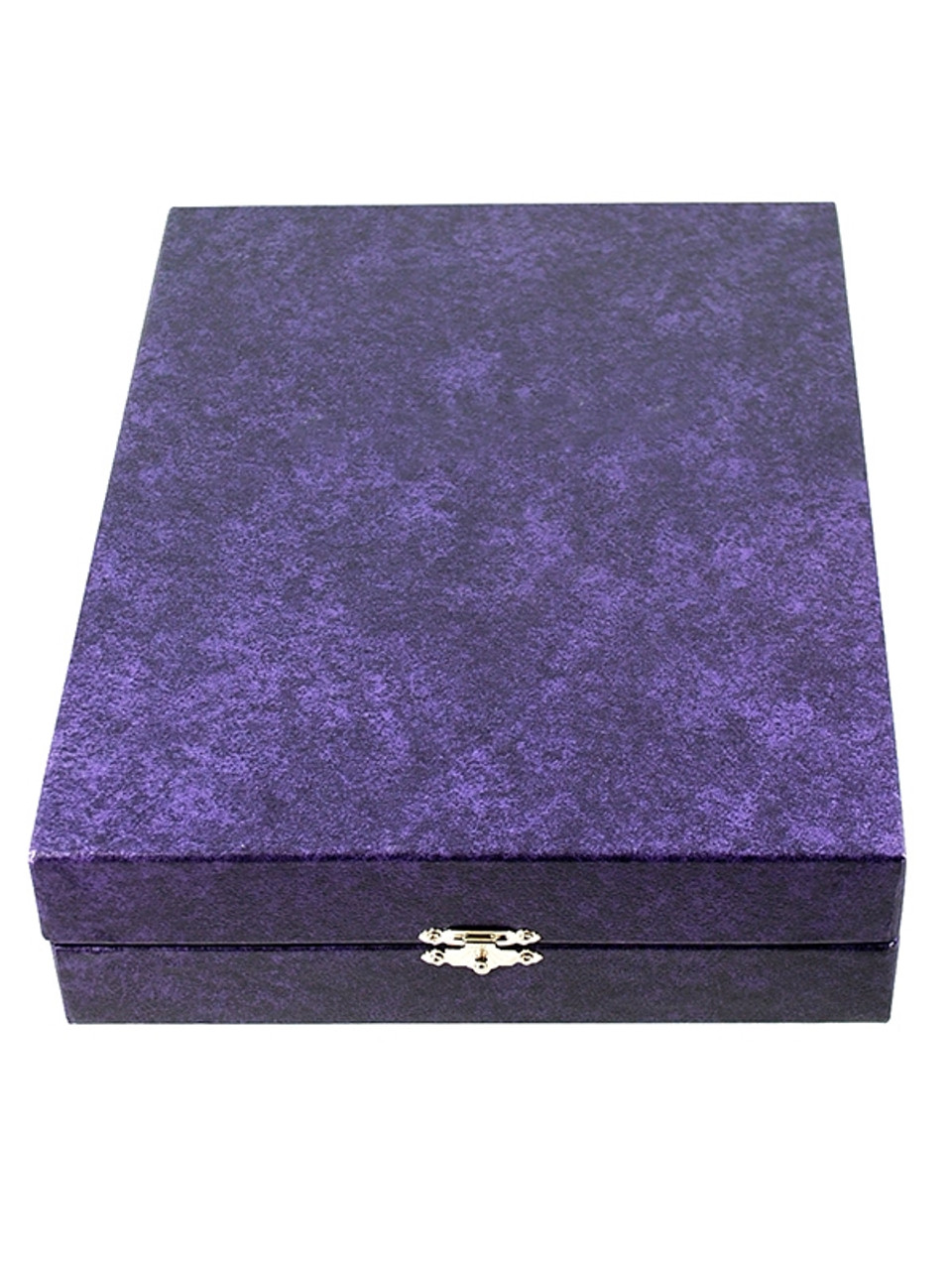 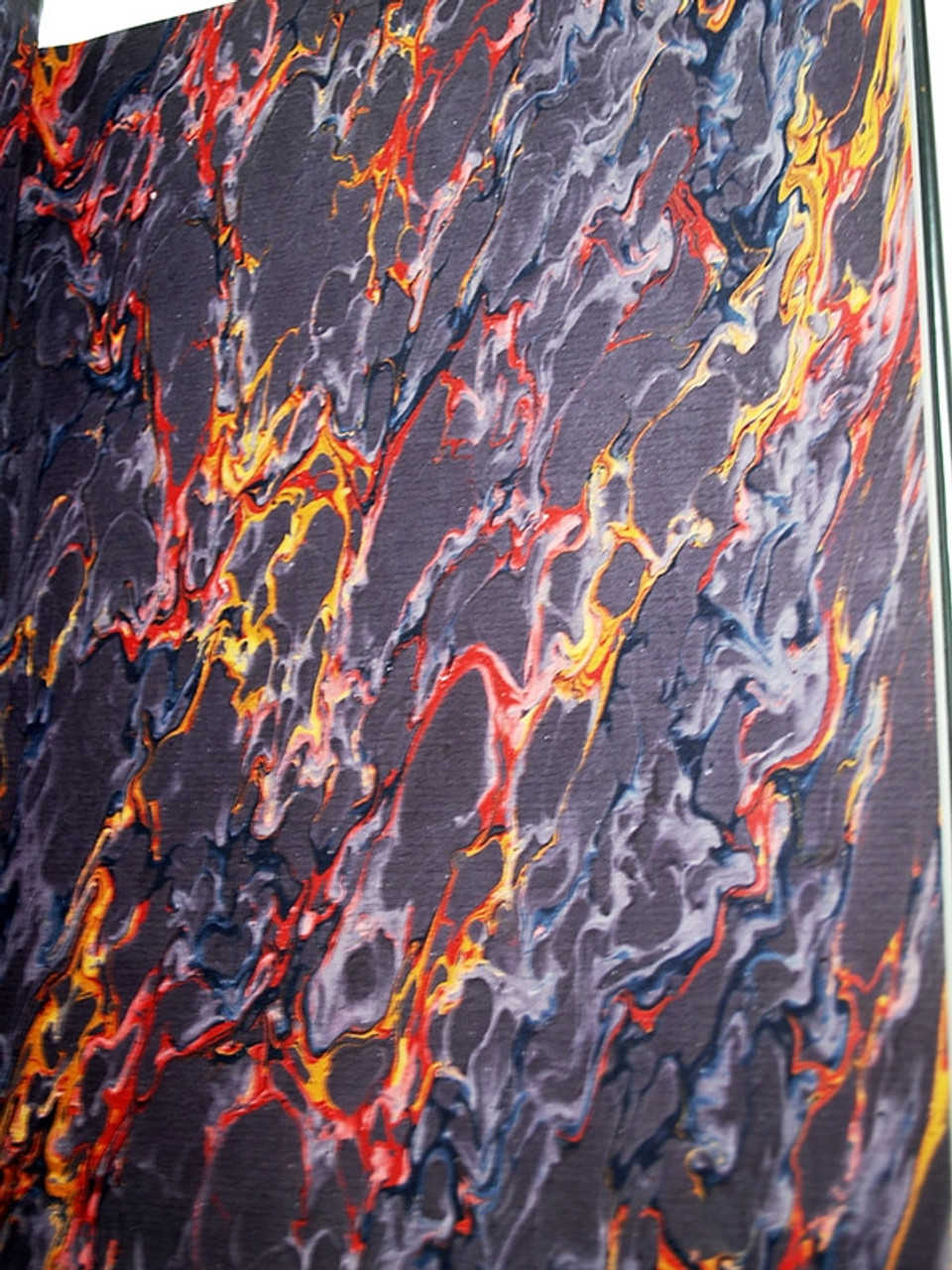 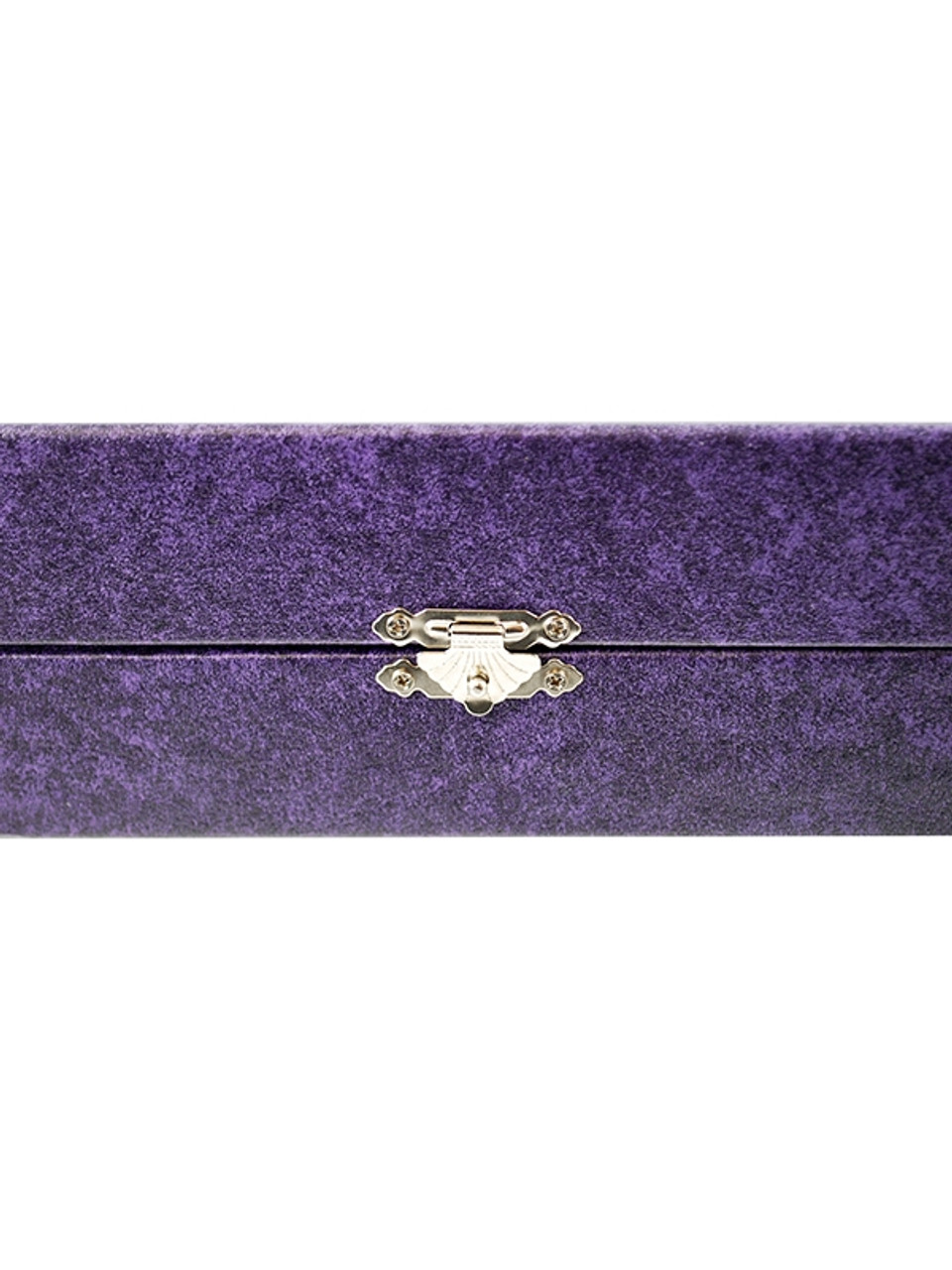 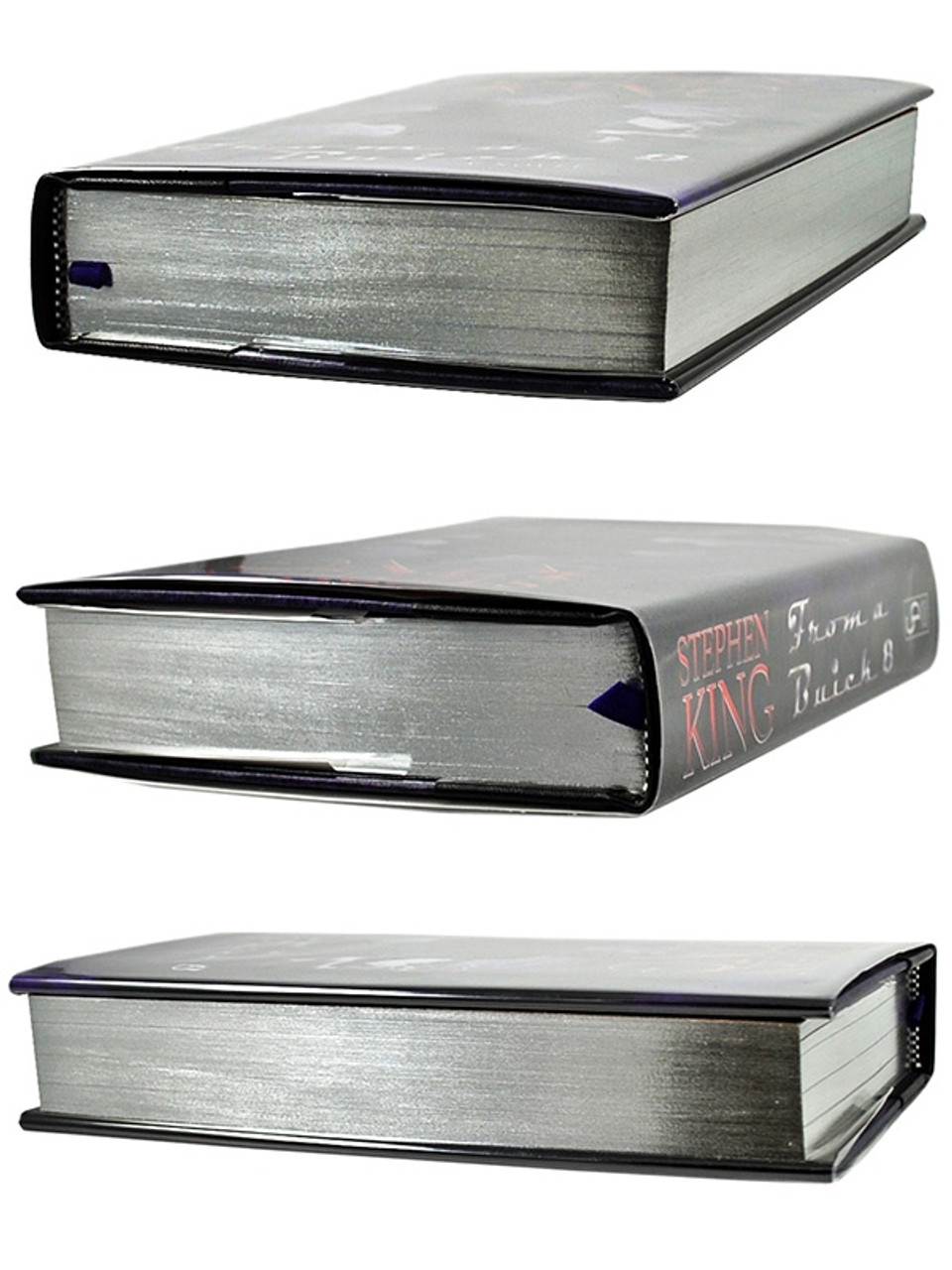 Personally signed by Stephen King along with the illustrator Bernie Wrightson. This is Lettered "L"


This is the Signed Lettered Edition of only 52 copies, letter "L" protected in a hand-made hinged box. Consignment item.

For twenty years the officers in Pennsylvania State Police Barracks have kept a secret in SHED B. A vintage Buick which lures the troopers to come and take a look. Now young Ned Wilcox, son of Officer Curt Wilcox, has started hanging around the Barracks. One day he can't resist peeking through the windows... and it's finally time to share the secret. So the veteran troopers sit Ned down on the smoking bench and tell him the story -- every skin-curdling detail...

From a Buick 8 is classic Stephen King storytelling — a wondrous, thought-provoking, and chilling novel!

Illustrated by the legendary Bernie Wrightson (artist for The Stand and Cycle of the Werewolf), this Cemetery Dance special edition featured unique binding and end-papers, over-sized design, and amazing color artwork.The dust-jacket is now protected in a new Mylar archival sleeve. 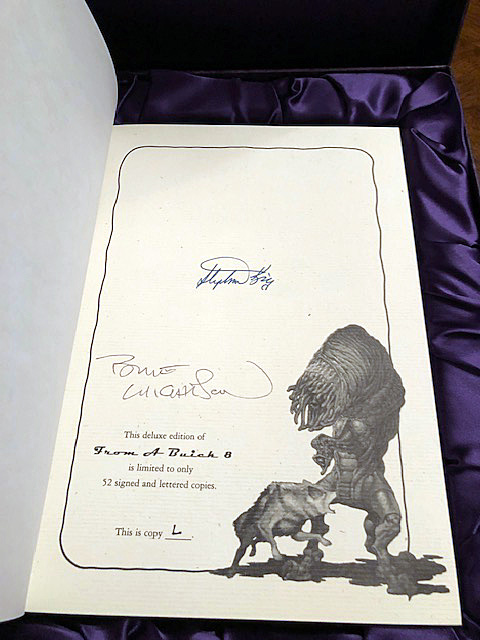 This Deluxe edition was limited to only 52 signed and lettered copies. The book's design included the following extra features: 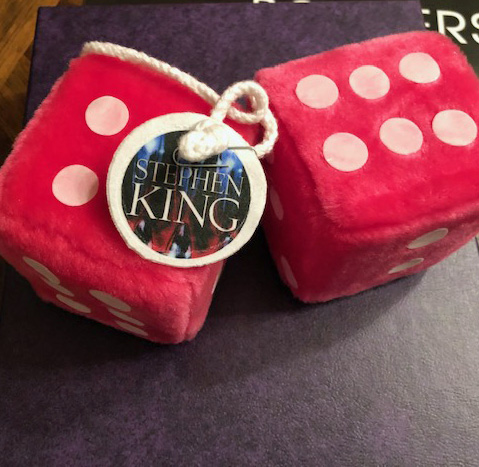 
From a Buick 8 is a novel by horror writer Stephen King (ISBN 0-7432-1137-5). Published on September 24, 2002, this is the second novel by Stephen King to feature a supernatural car (the first one being Christine, which like this novel is set in Pennsylvania); King's short story "Trucks" also involved paranormal events involving vehicles. According to the book sleeve: "From a Buick 8 is a novel about our fascination with deadly things, about our insistence on answers when there are none, about terror and courage in the face of the unknowable." The title comes from Bob Dylan's song "From a Buick 6". Award winning independent publisher Cemetery Dance Publications published a signed Limited Edition of the book in 2002.

There is talk of a movie adaptation of this book. At the helm is veteran director George A. Romero, who also directed another Stephen King adaptation, The Dark Half. The film has a possible 2007 release. The screenplay was written by Richard Chizmar, founder of Cemetery Dance Publications, and Johnathon Schaech, star of the Tom Hanks film, That Thing You Do.

Very Fine Guaranteed. A Very Fine book in Very Fine dust-jacket. As New as normally shipped from the publisher. Unread book that is free of any markings, writings, or stamps. The dust-jacket is now protected in a brand new plastic Mylar archival sleeve. New tray-case. The silver gilded page edges are free of any marks and blemishes.