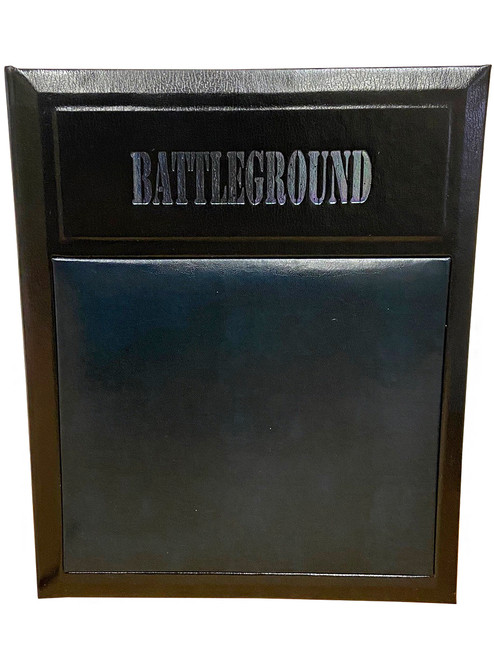 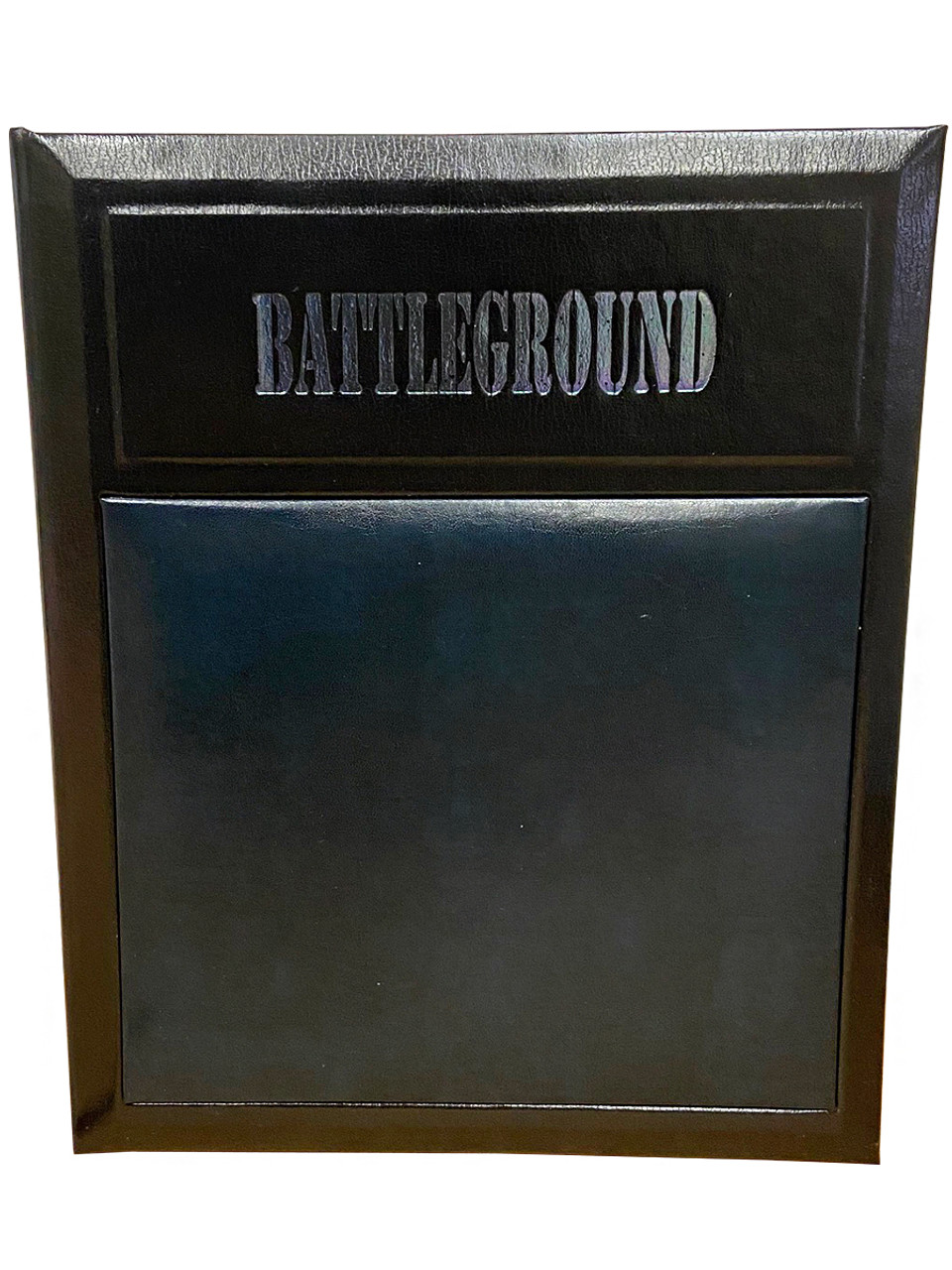 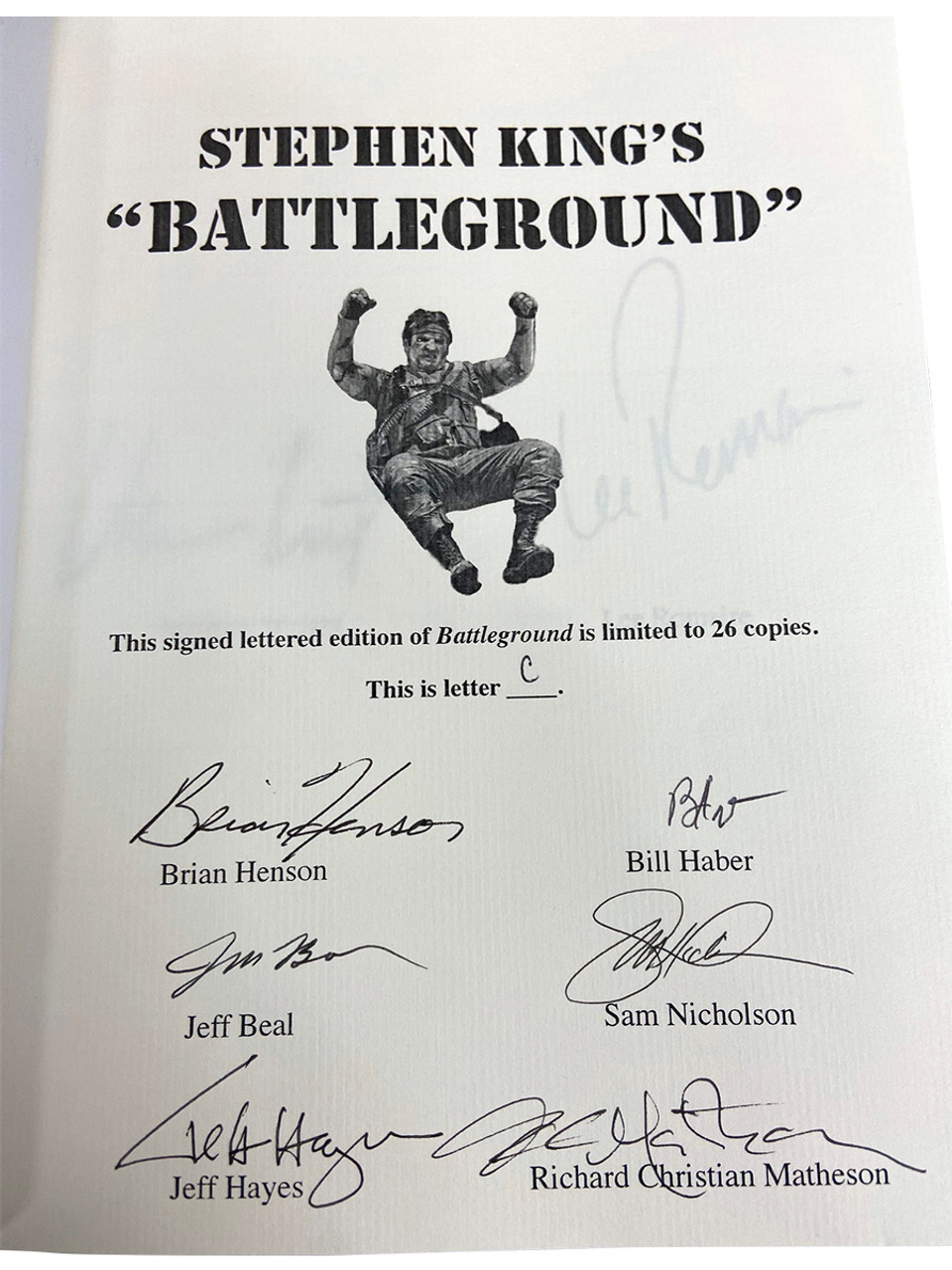 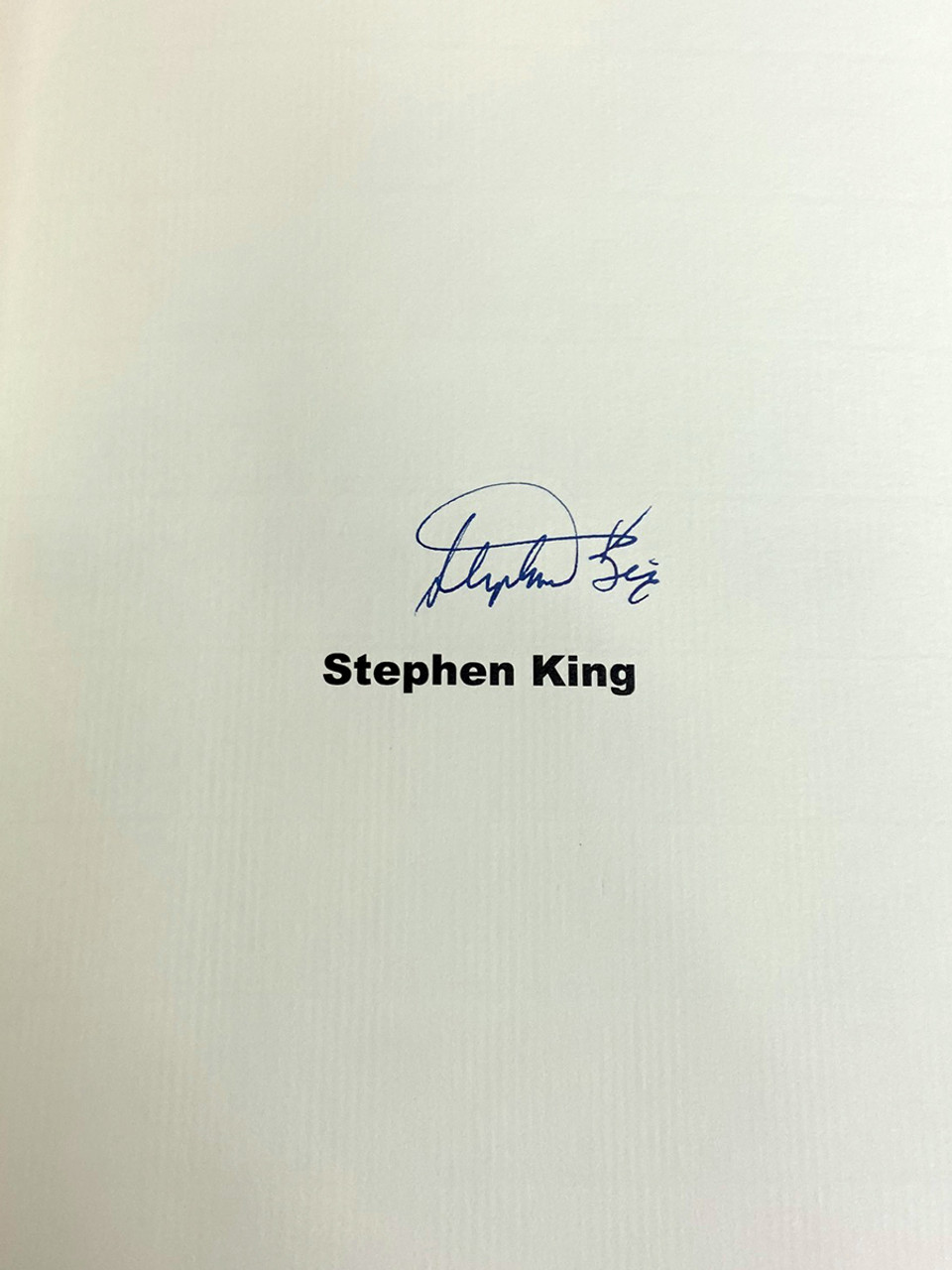 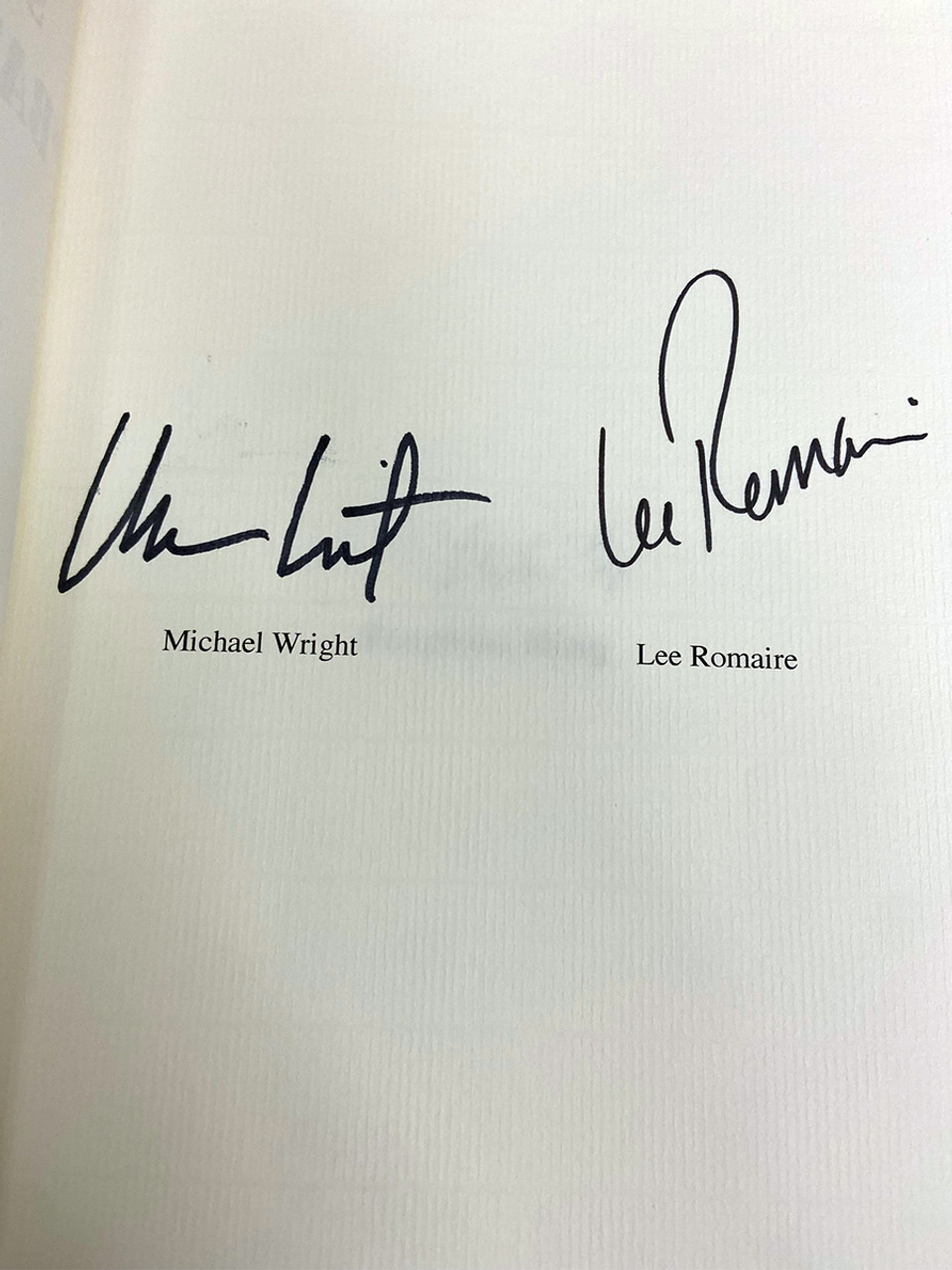 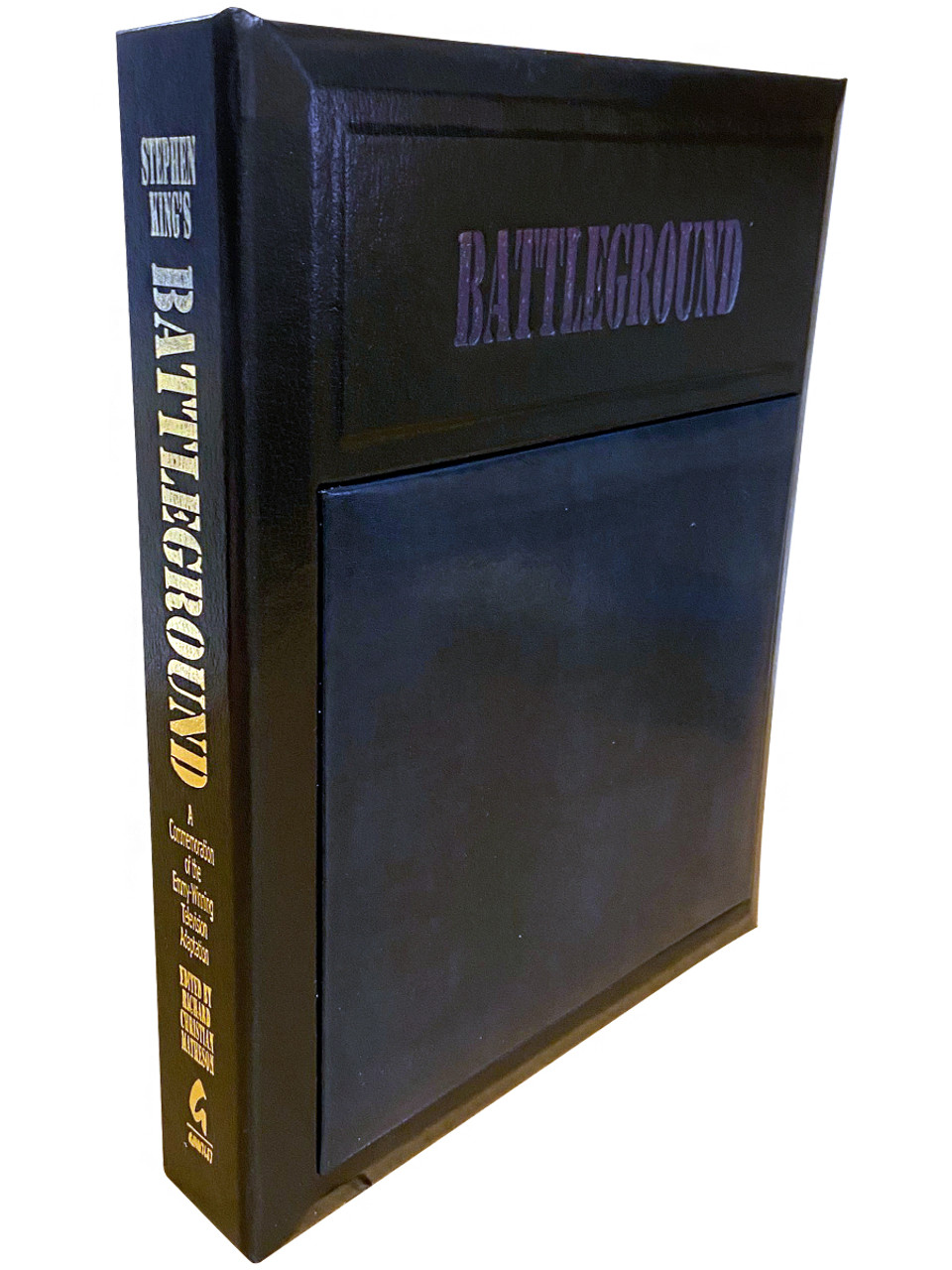 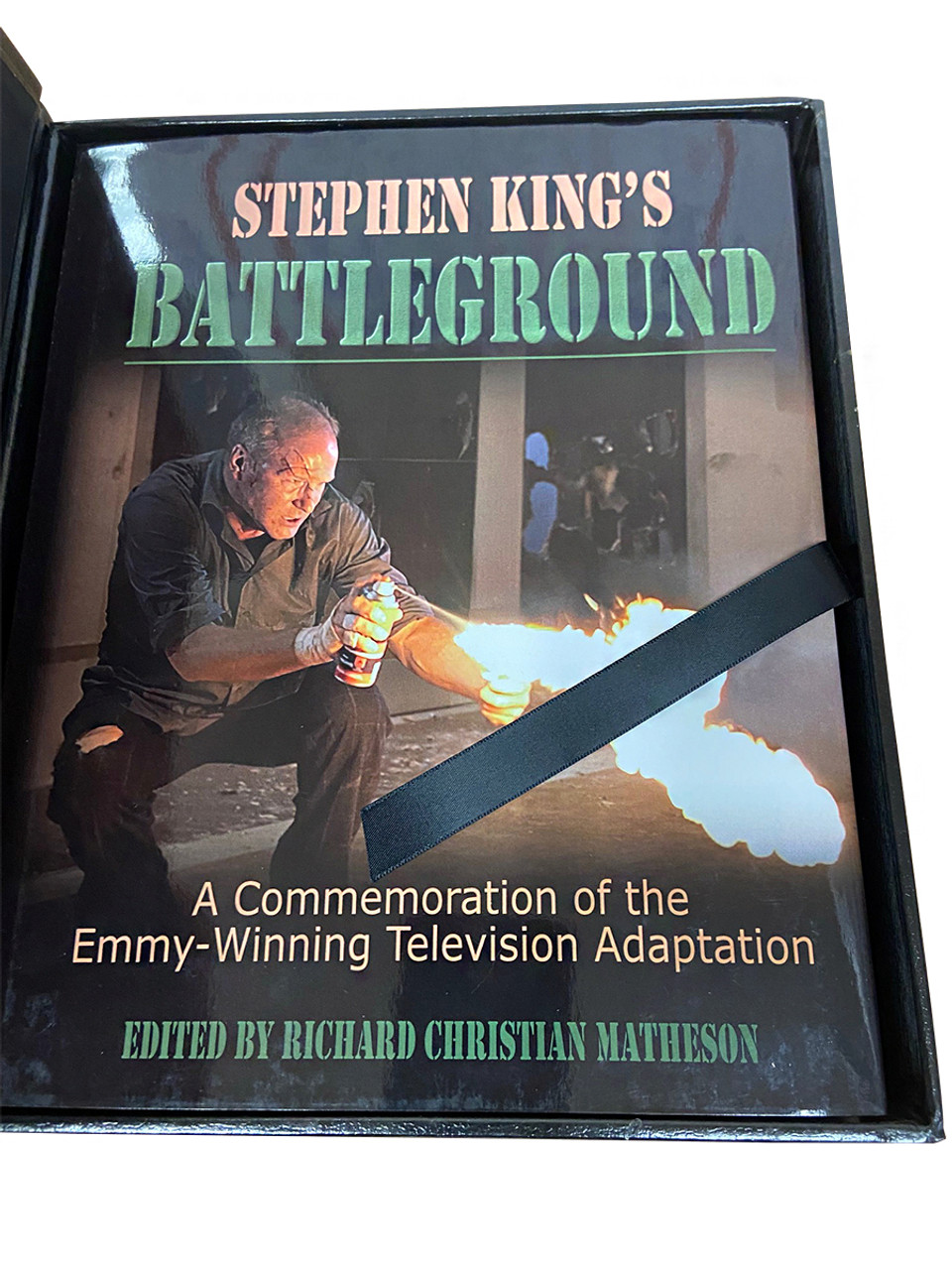 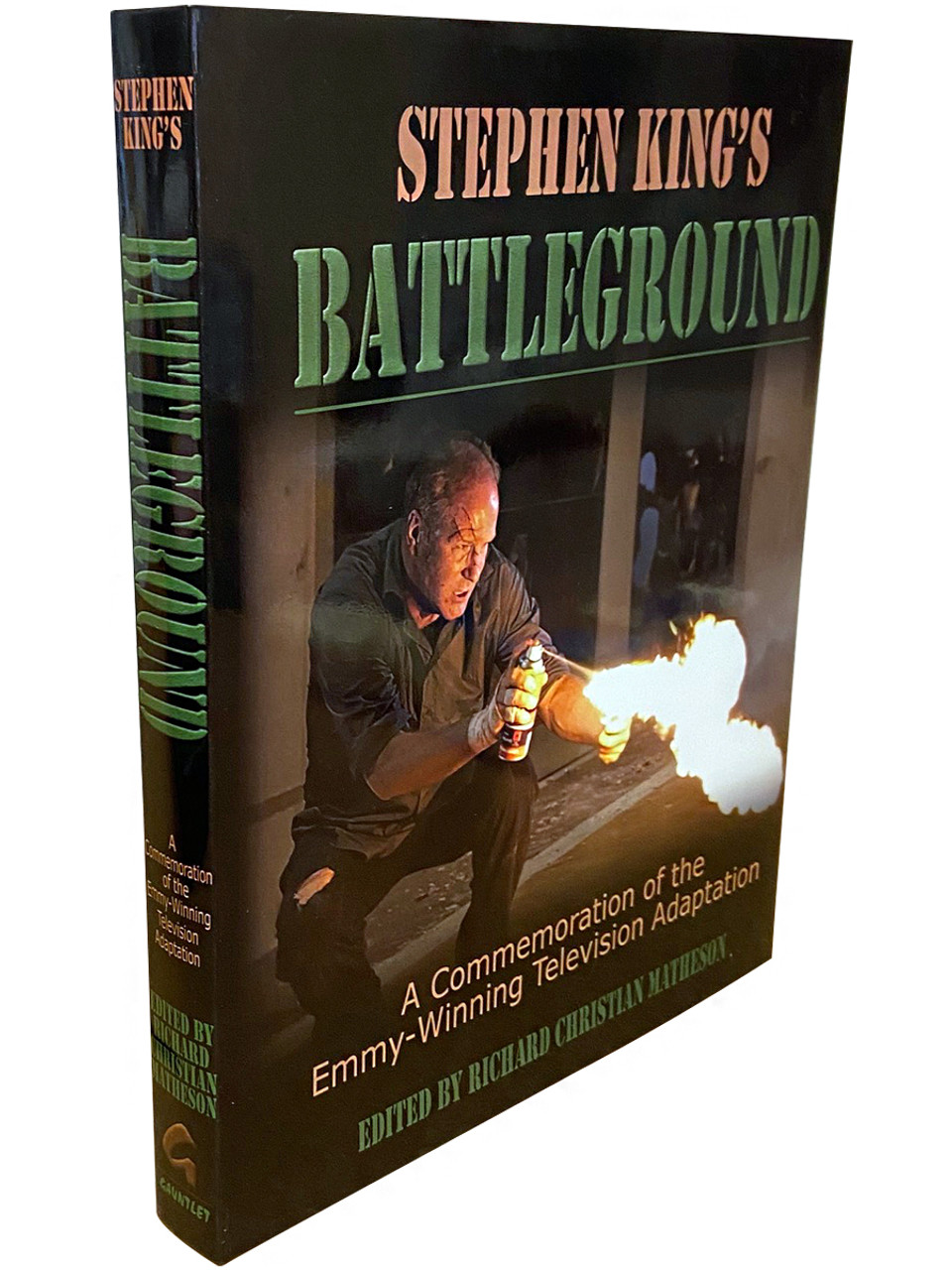 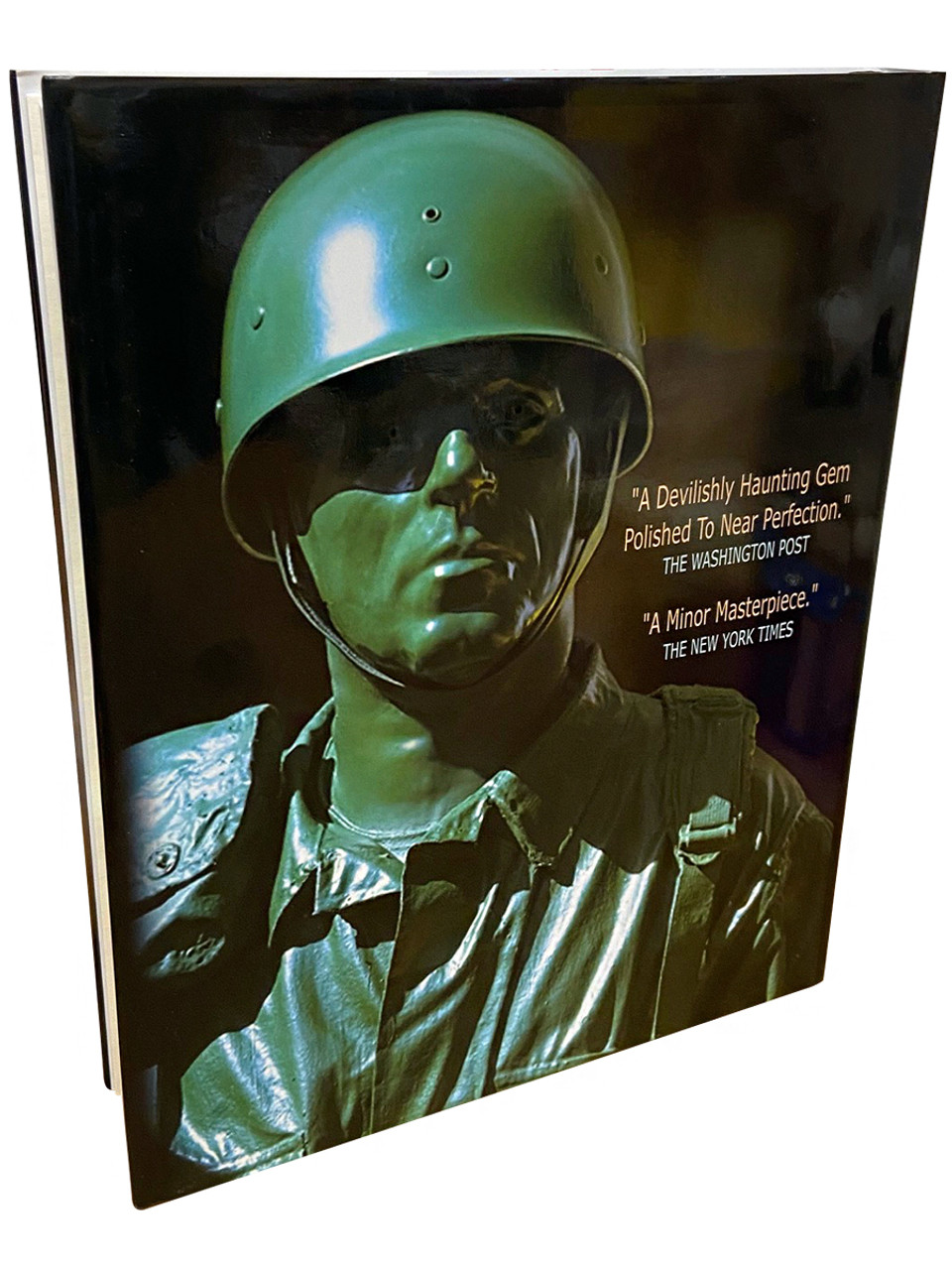 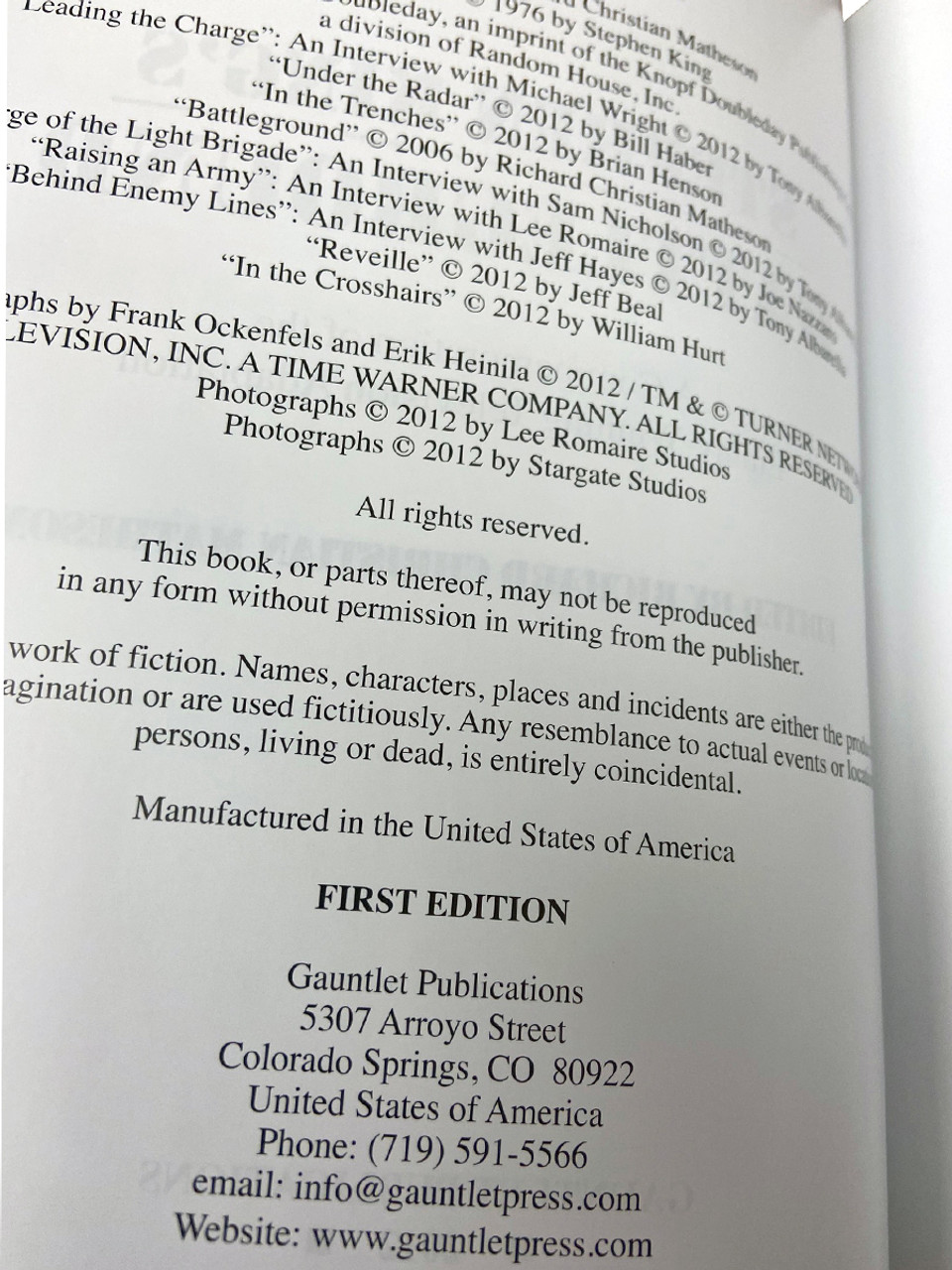 This Deluxe Lettered Edition of Stephen King's BATTLEGROUND has been personally signed by the following contributors:

Gauntlet Press 2012. "Stephen King's Battleground: A Commemoration of the Emmy-Winning Television Adaptation" Signed Lettered Edition "C" of only 26 produced. Traycased. As New without any flaws. Edited by Richard Christian Matheson.

FIRST EDITION as stated on the copyright page.

A definitive collection of Stephen King’s classic short story with which was adapted for television by Richard Christian Matheson. We start with King’s short story and then move to R.C. Matheson’s script for the opening episode of “Nightmares and Dreamscapes”, which starred William Hurt and was directed by Brian Henson. Henson will provide storyboards used for the episode which won two Emmy awards. The book will contain color photos from TNT’s archives; photos never before released.

“This book is a kick in the pants!… Money well spent… Hours and hours of entertainment.”

“(Stephen King’s Battleground) will primarily appeal to Stephen King superfans, those readers and aficionados who must own everything associated with Stephen King, his writing, and films based on his work. But this book deserves a broader appeal, too, not just for horror fans but for anyone interested in film and how movies – especially good ones – are made.”

“This book cannot be read… one can only devour it.”

“Compiled and edited by RC Matheson, BATTLEGROUND is a King collector’s item of a special sort….may be one of Gauntlet’s best offerings ever…delves behind the curtains and offers help to screenwriters, authors, and others.”

“We’ve never seen a book so complete that covers EVERYTHING of a Stephen King story adapted to film.”

“Gauntlet’s latest offering wages war on page to commemorate the deadly evolution of Stephen King’s toy story from hell.Â Edited by Richard Christian Matheson, Battleground explodes with a volley of interviews, insight, short story, and more plus the dialogue-free script that birthed the Emmy award winning first episode of Nightmares and Dreamscapes.Â War may be hell, but Battleground is a rare and gritty joy.”

“…thoughtful remembrances of the creative process make this tome a joy to read. Stephen King fans will likely be rendered speechless with delight.”

“It is amazing how much collaboration and sweat goes into the making of a television movie, and a treat to peek behind the curtain to see how it is done. This is a gorgeous, oversized book, filled with photos and inside information revealed for the first time.”

— The Tomb of Dark Delights

“This is a literary love song to not only King and Christian Matheson but to the entire collaborative process.”

VERY FINE GUARANTEED. As New without any flaws for the book, dust-jacket, and tray-case. A wonderful bring clean copy without any other marks, writings , or stamps. Clean & straight boards. No attached bookplates or indication of any removed. A well-cared for book, protected from any potential damage. Unread with square and tight spine.