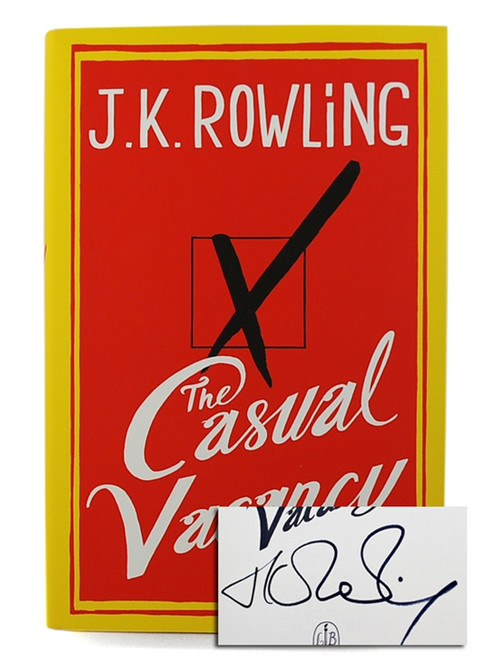 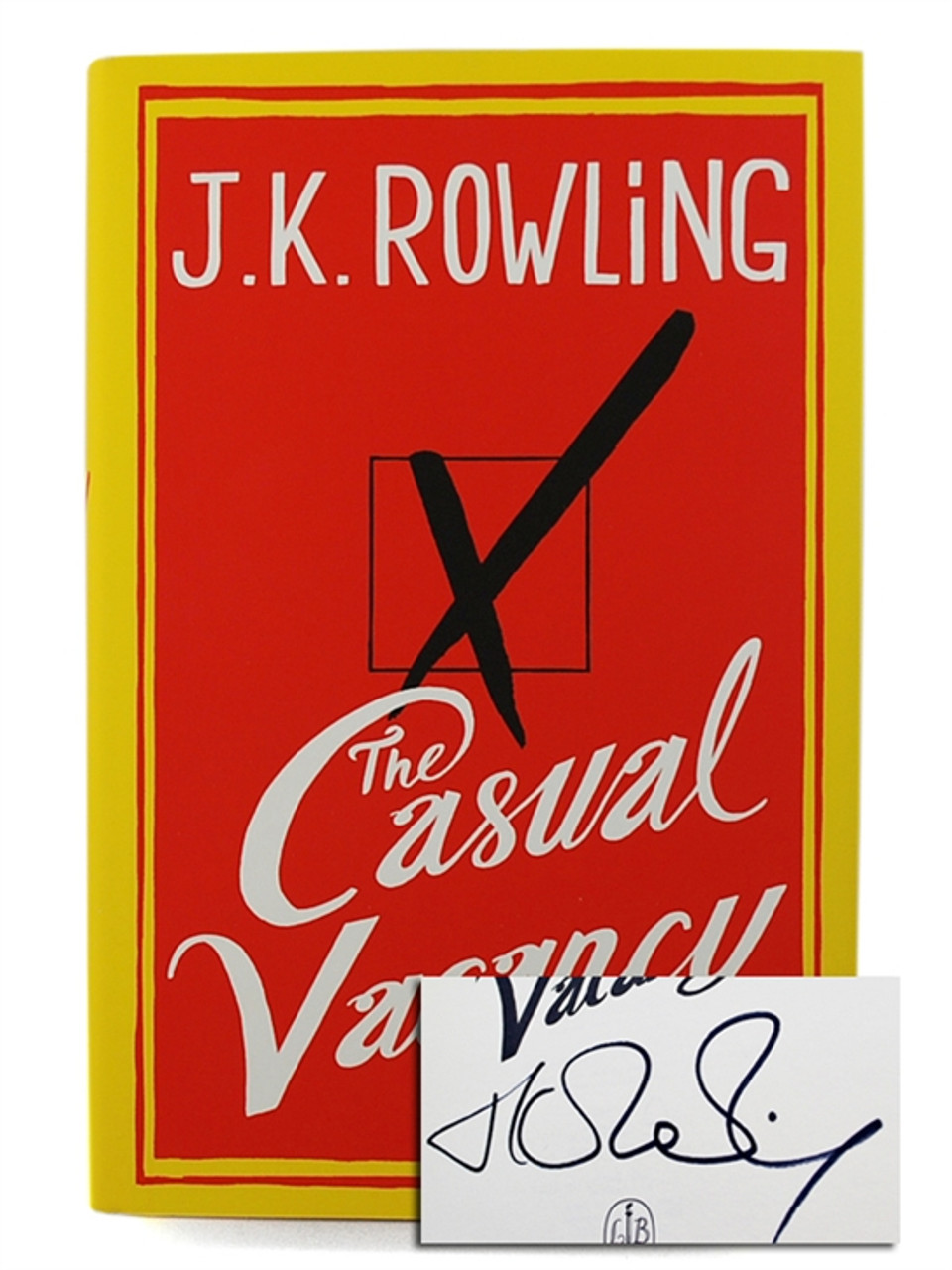 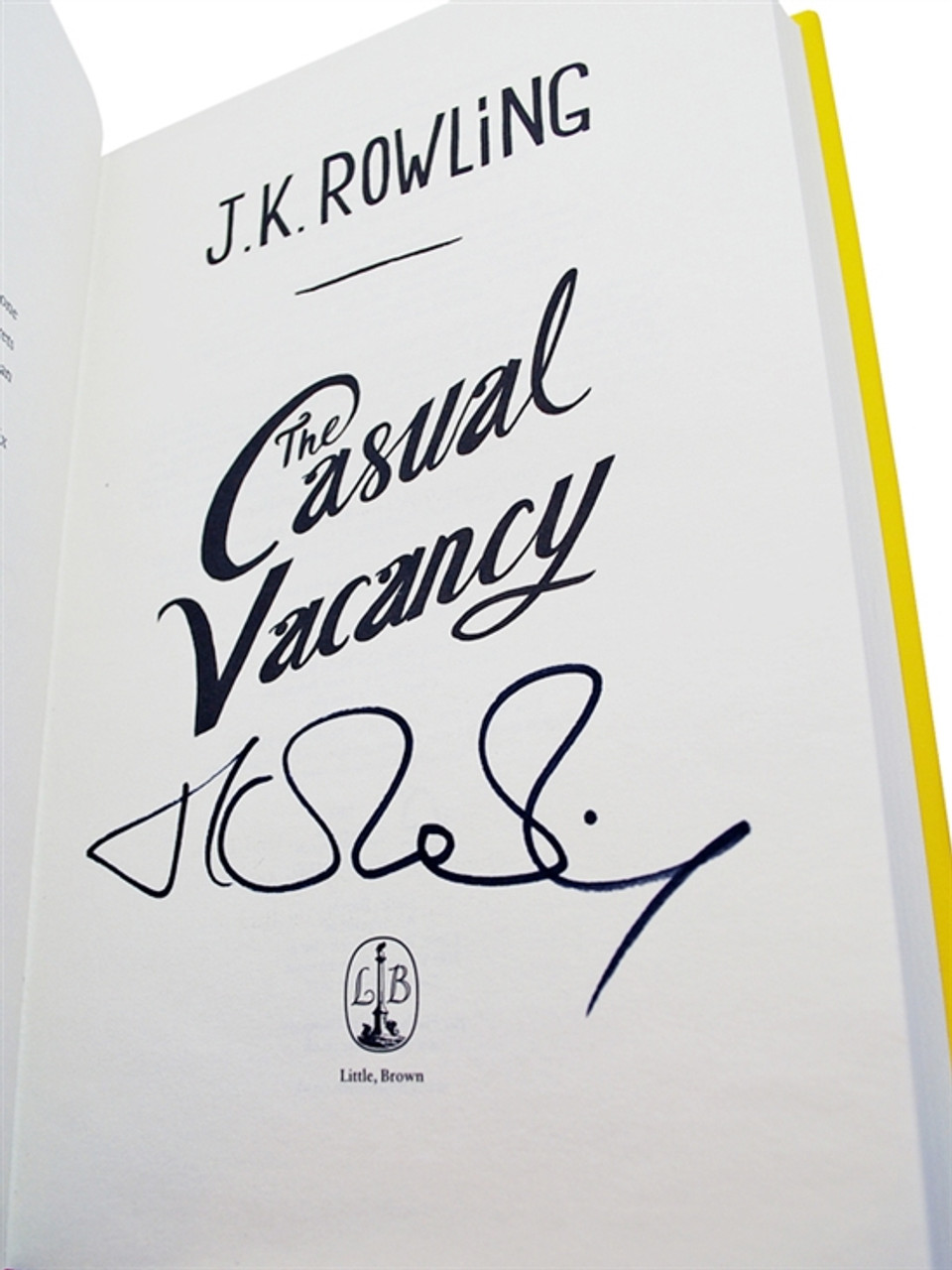 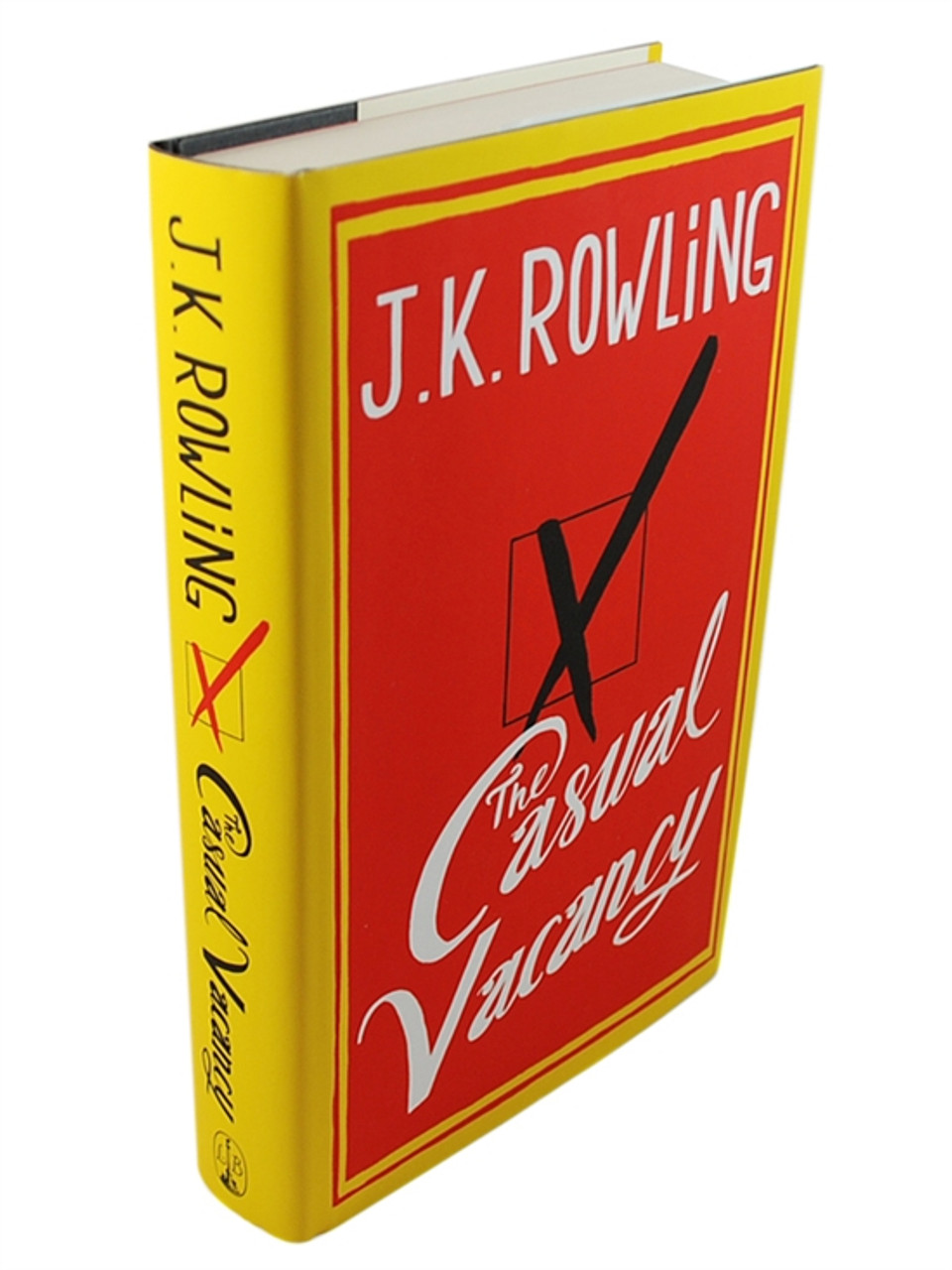 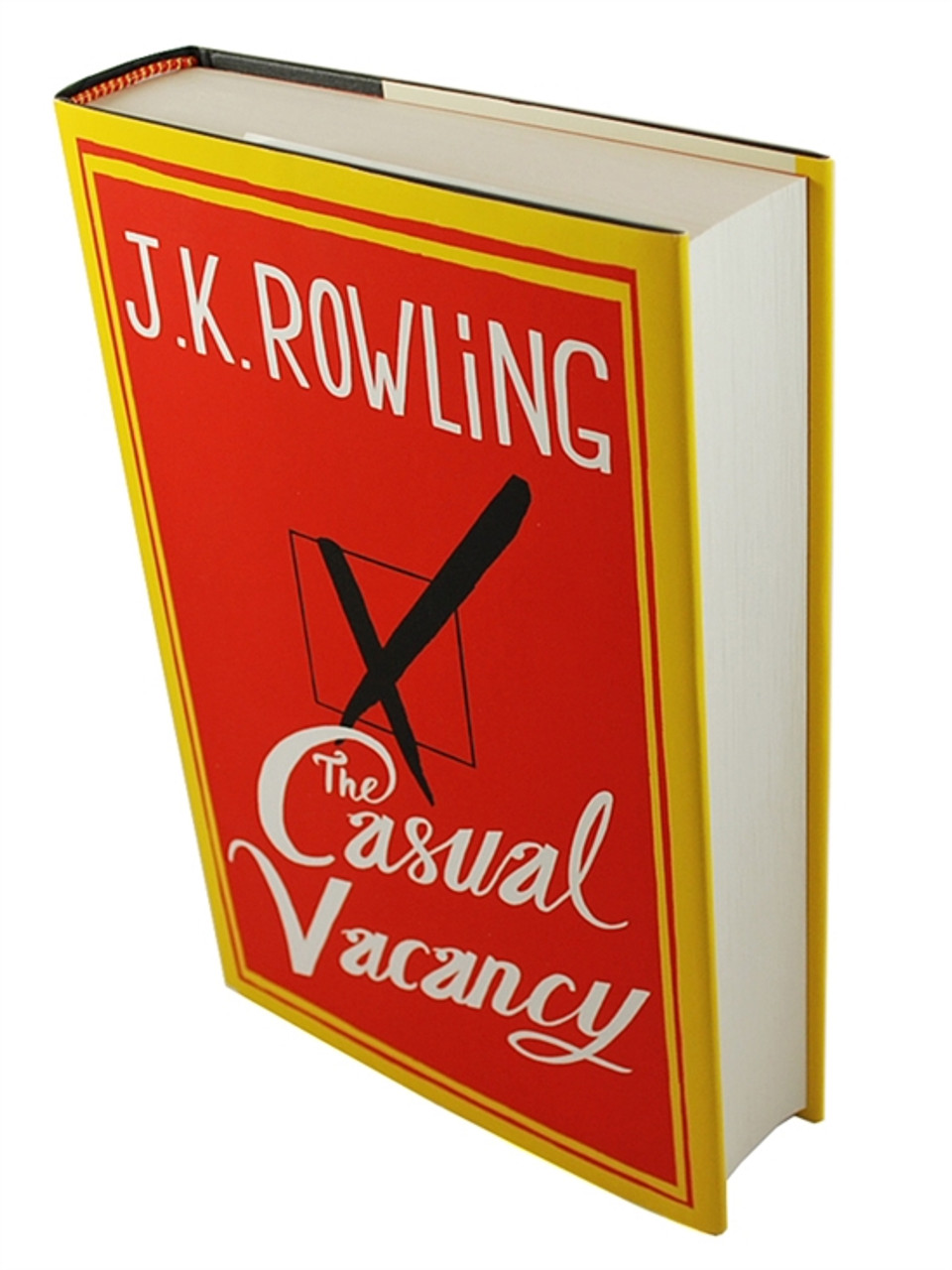 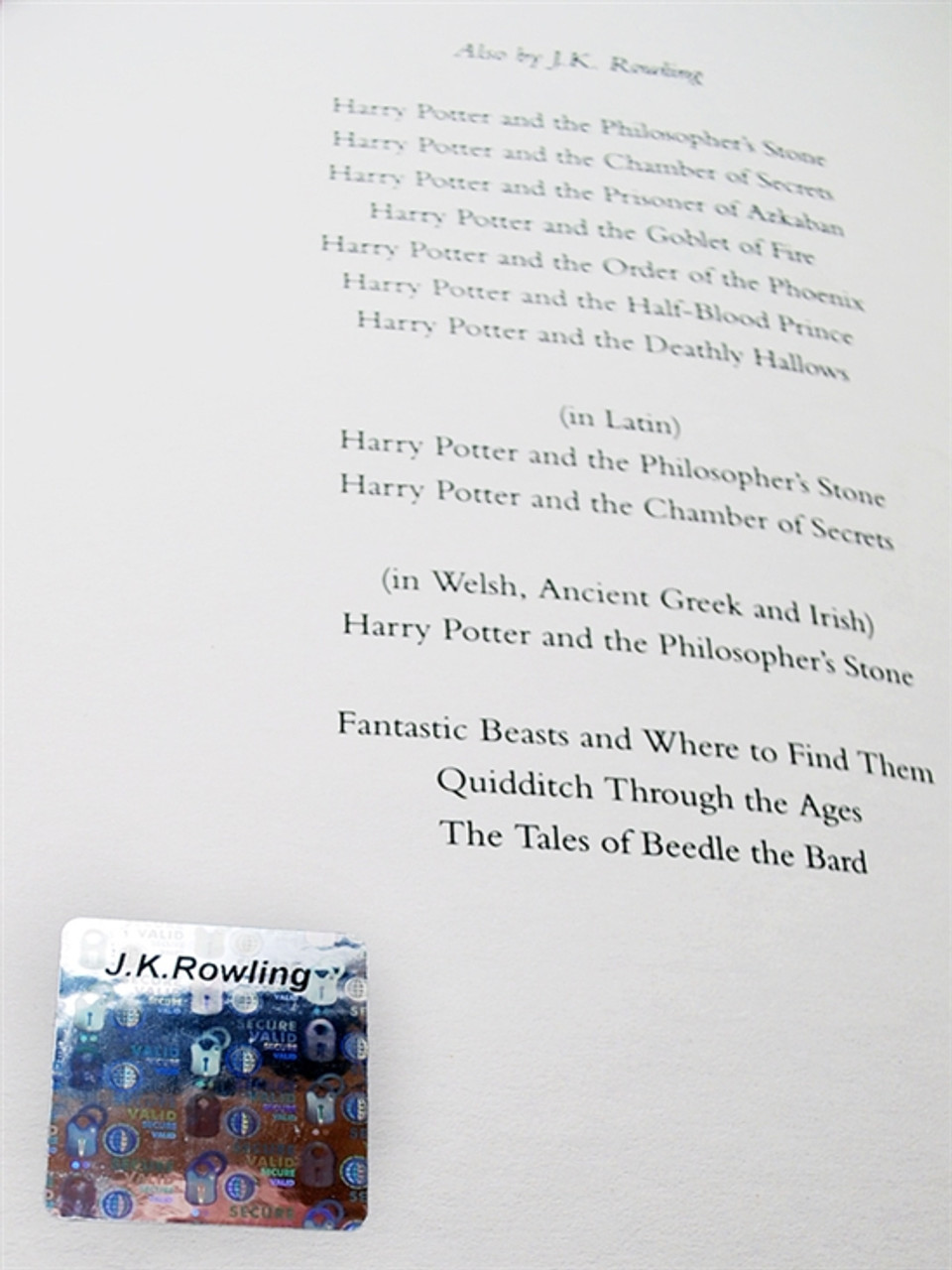 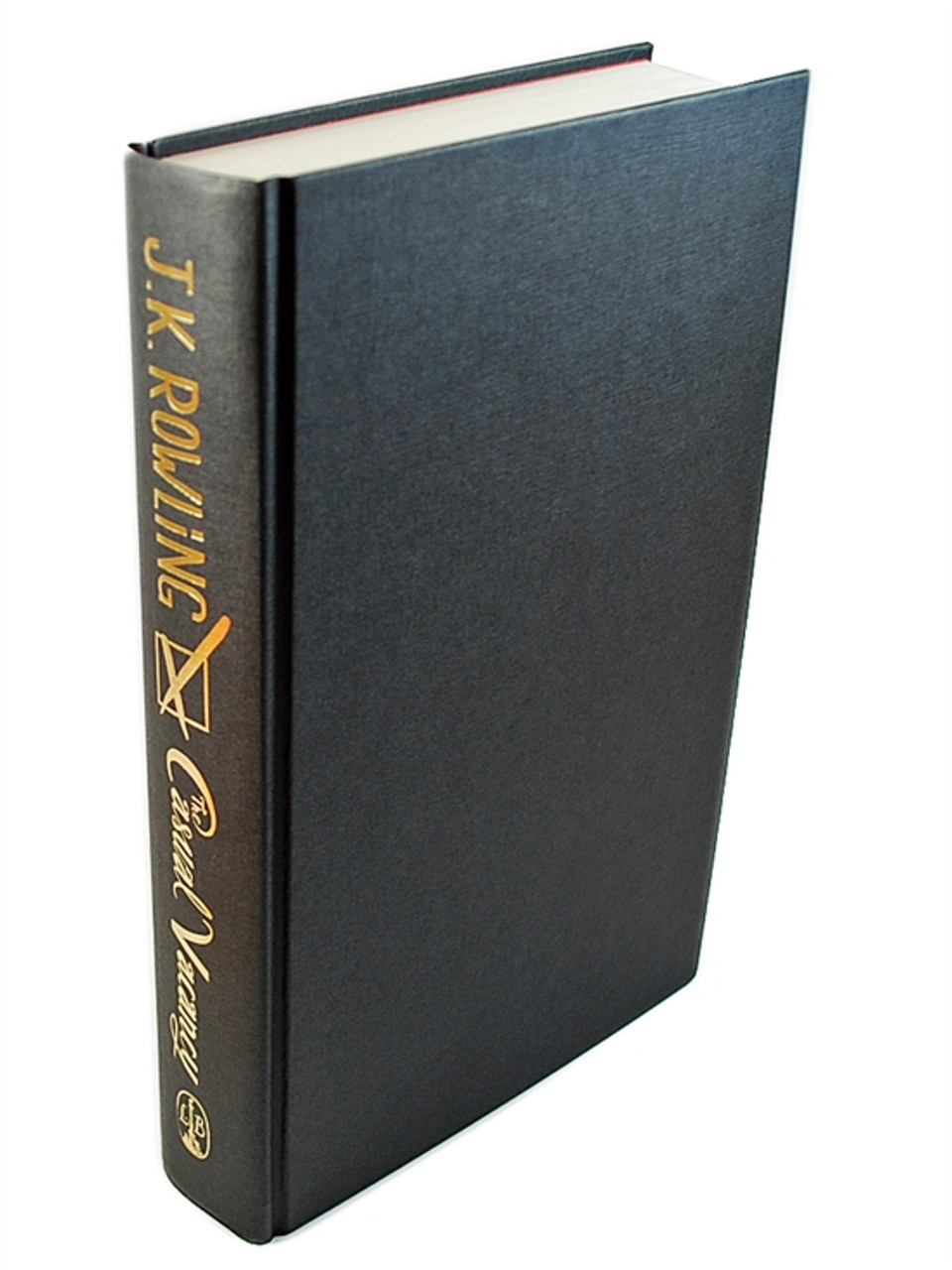 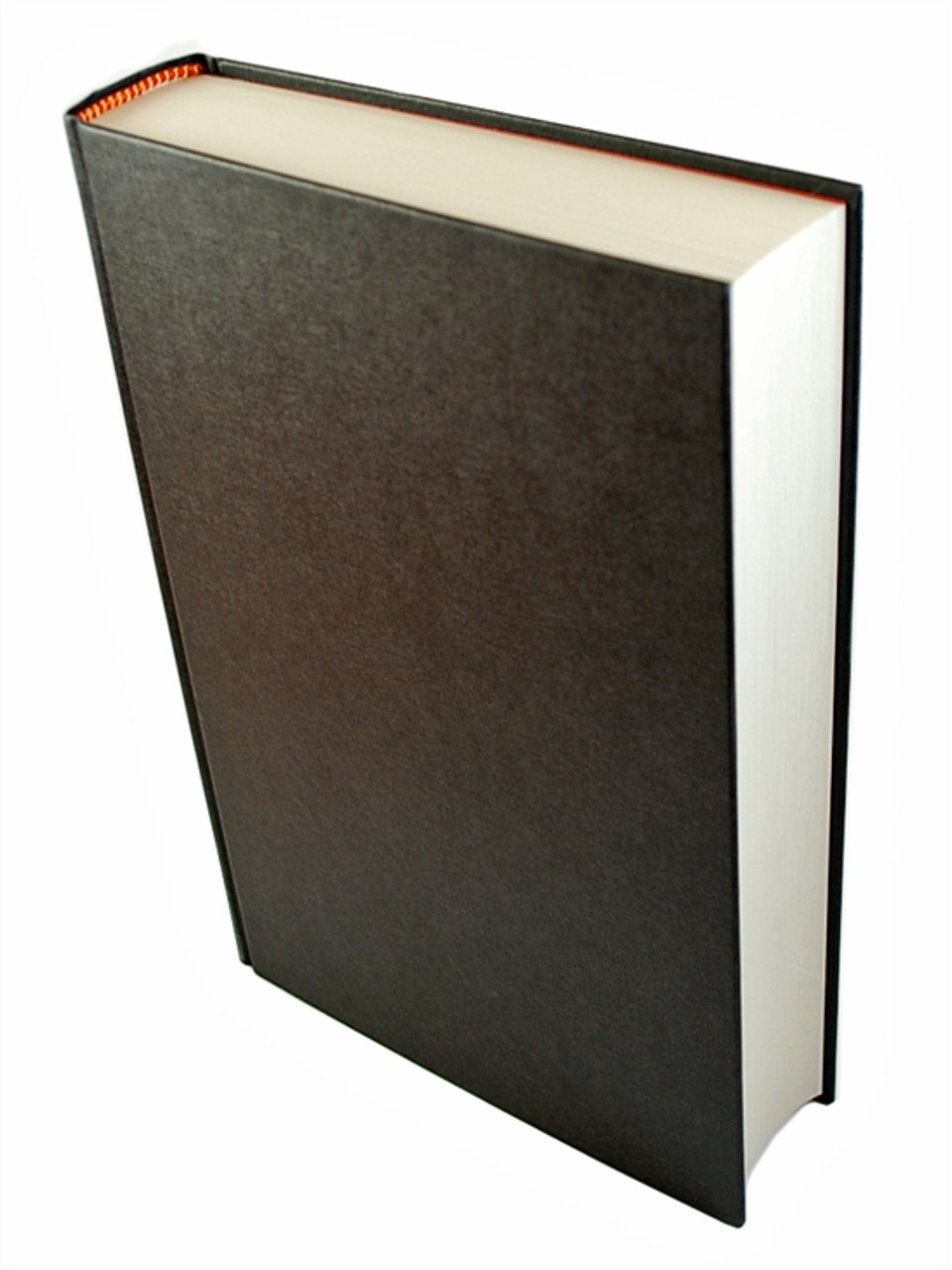 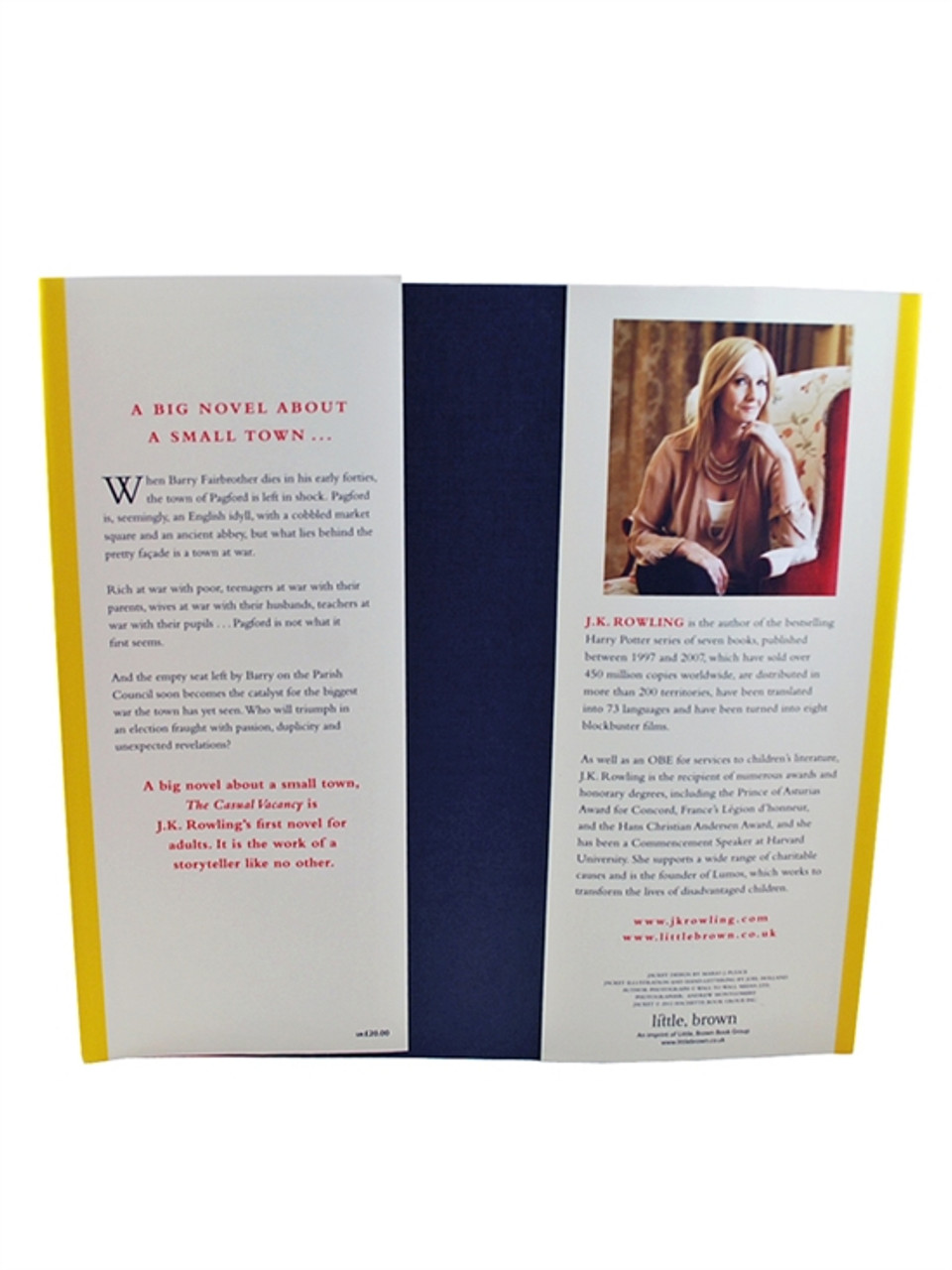 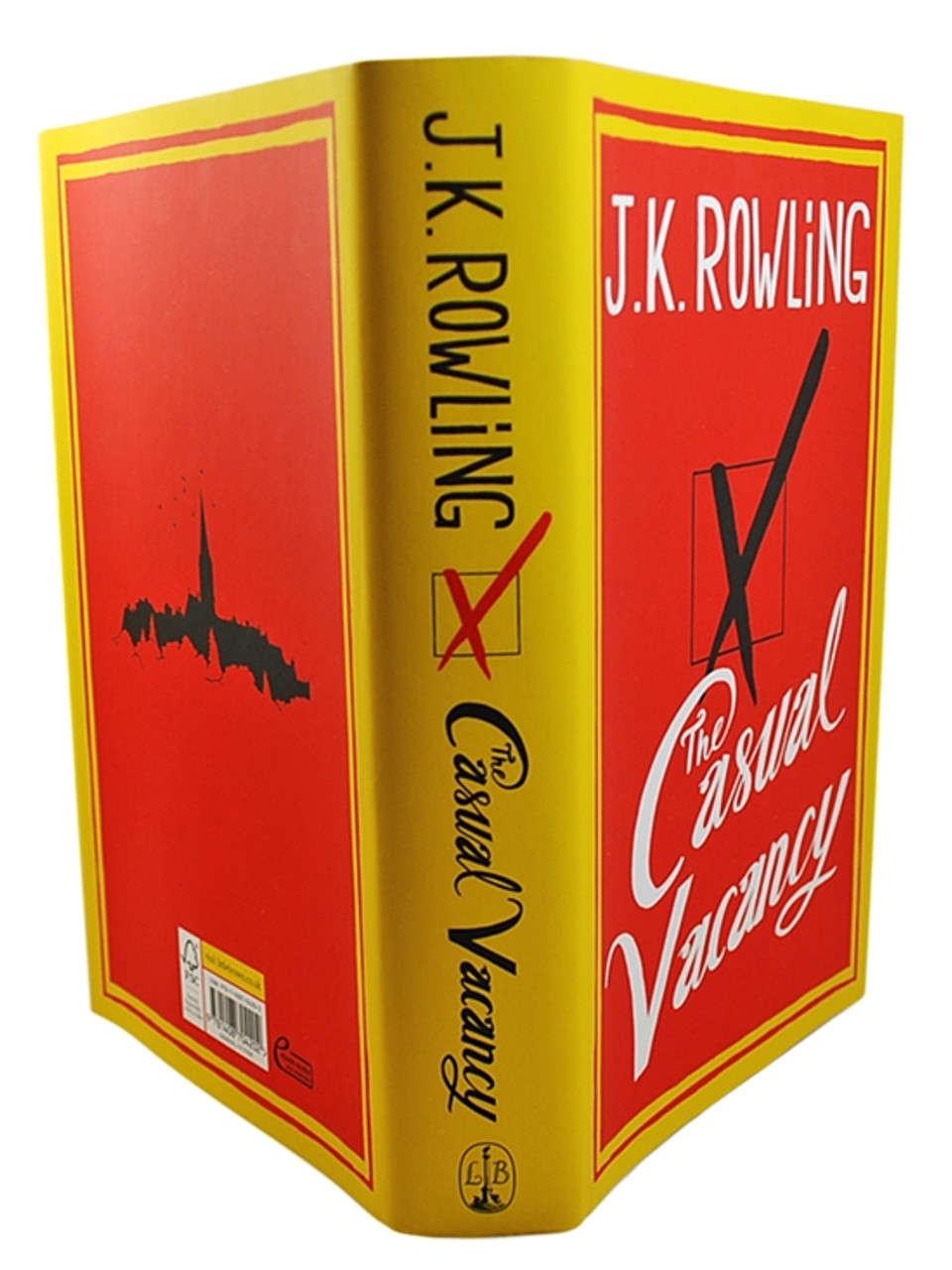 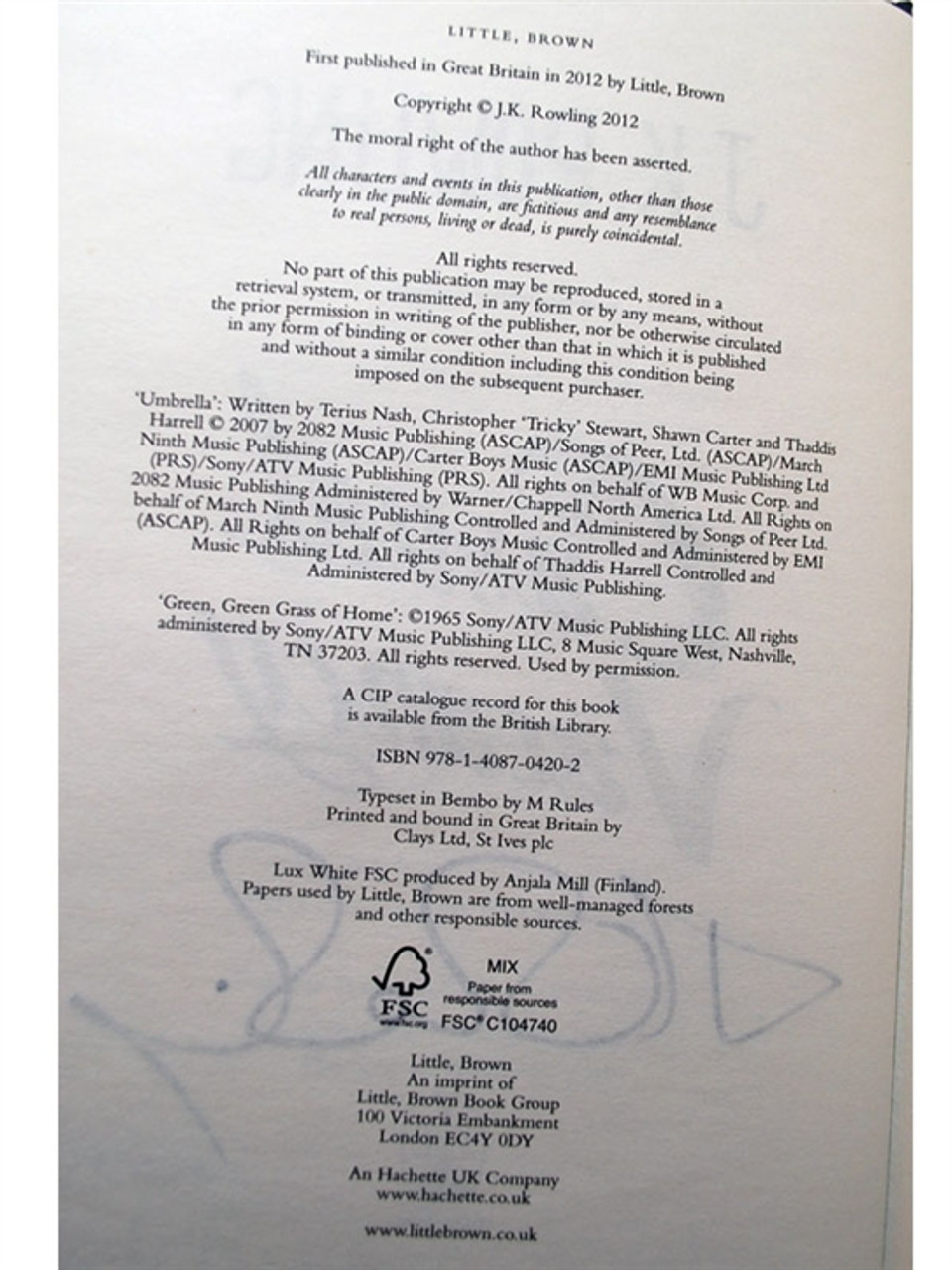 Collect This Signed First Edition of "The Casual Vacancy", J.K. Rowlings First Novel For Adults.
Little, Brown 2012. "The Casual Vacancy" J.K. Rowling. Signed First Edition. First British edition, personally signed by J.K. Rowling directly onto the title page and with her authentication hologram on the opposite facing page. "First Published in Great Britain in 2012 by Little, Brown" as required on the copyright page. The dust-jacket is now protected in a brand new Mylar sleeve.

Condition: Very Fine in a Very Fine dust-jacket. The condition is of the highest quality without any flaws. Square and tight spine. Unread book with no bookplates attached or indication of any removed. A wonderful bright clean copy. This book stands out as having had exemplary care. Sharp corners.


When Barry Fairbrother dies unexpectedly in his early forties, the little town of Pagford is left in shock. Pagford is, seemingly, an English idyll, with a cobbled market square and an ancient abbey, but what lies behind the pretty façade is a town at war. Rich at war with poor, teenagers at war with their parents, wives at war with their husbands, teachers at war with their pupils. Pagford is not what it first seems. And the empty seat left by Barry on the towns council soon becomes the catalyst for the biggest war the town has yet seen. Who will triumph in an election fraught with passion, duplicity and unexpected revelations? The Casual Vacancy is blackly comic, thought-provoking and constantly surprising.

J.K. Rowling is the author of the bestselling Harry Potter series of seven books, published between 1997 and 2007, which have sold more than 450 million copies worldwide, are distributed in more than 200 territories, translated into 74 languages, and have been turned into eight blockbuster films. She has also written two small volumes, which appear as the titles of Harrys schoolbooks within the novels.

Fantastic Beasts & Where to Find Them and Quidditch Through The Ages were published by Scholastic Bloomsbury Childrens Books in March 2001 in aid of Comic Relief. In December 2008, The Tales of Beedle the Bard was published in aid of the Childrens High Level Group, and quickly became the fastest selling book of the year.

As well as an OBE for services to childrens literature, J.K. Rowling is the recipient of numerous awards and honorary degrees including the Prince of Asturias Award for Concord, Frances Légion dhonneur, and the Hans Christian Andersen Literature Award, and she has been a Commencement Speaker at Harvard University. She supports a wide number of charitable causes through her charitable trust Volant, and is the founder of Lumos, a charity working to transform the lives of disadvantaged children.

Praise for THE CASUAL VACANCY:

"I had come under the spell of a great novel....A big, ambitious, brilliant, profane, funny, deeply upsetting and magnificently eloquent novel of contemporary England, rich with literary intelligence....This is a deeply moving book by somebody who understands both human beings and novels very, very deeply."Lev Grossman, Time


"A vivid read with great, memorable characters and a truly emotional payoff....Rowling captures the humanity in everyone, even if that humanity is not always a pretty sight."People


"This book represents a truckload of shrewdness.... There were sentences I underlined for the sheer purpose of figuring out how English words could be combined so delightfully....genuinely moving."Washington Post


"An insanely compelling page-turner....The Casual Vacancy is a comedy, but a comedy of the blackest sort, etched with acid and drawn with pitch....Rowling proves ever dexterous at launching multiple plot lines that roar along simultaneously, never entangling them except when she means to. She did not become the world's bestselling author by accident. She knows down in her bones how to make you keep turning the pages."The Daily Beast


"There are plenty of pleasures to be had in The Casual Vacancy....Parts of the story would be tonally of a piece with any Richard Price or Dennis Lehane novel, or an episode of The Wire."Parade


"Rowling knows how to write a twisty, involving plot....She is clearly a skilled writer."The Huffington Post

"Both a wise and delightful addition to the Harry Potter canon, this new translation of The Tales of Beedle the Bard is all that fans could hope for and more--and an essential volume for the...

Watch, also called WWW: Watch, is a 2010 novel written by Canadian novelist Robert J. Sawyer. It is the second installment in the WWW Trilogy and was preceded by Wake (2009) and followed by Wonder...