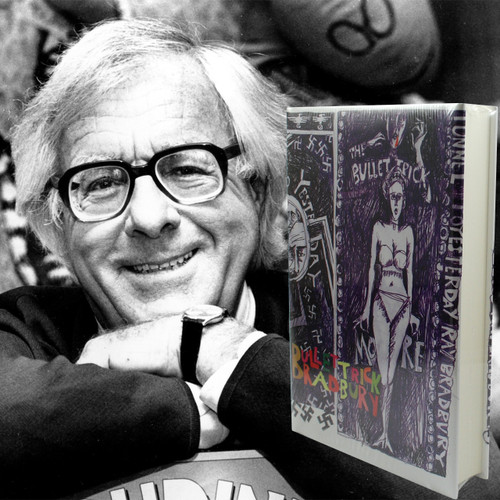 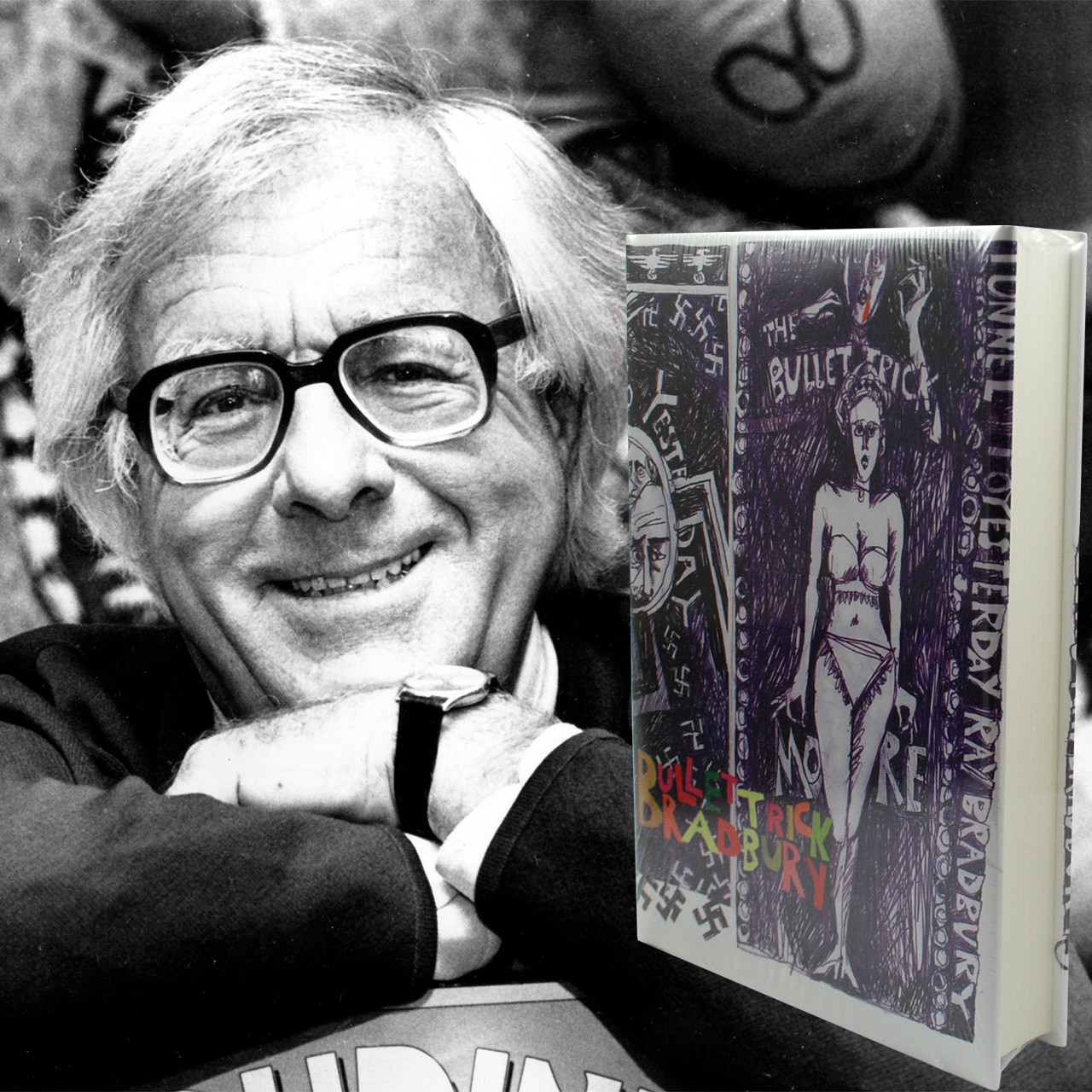 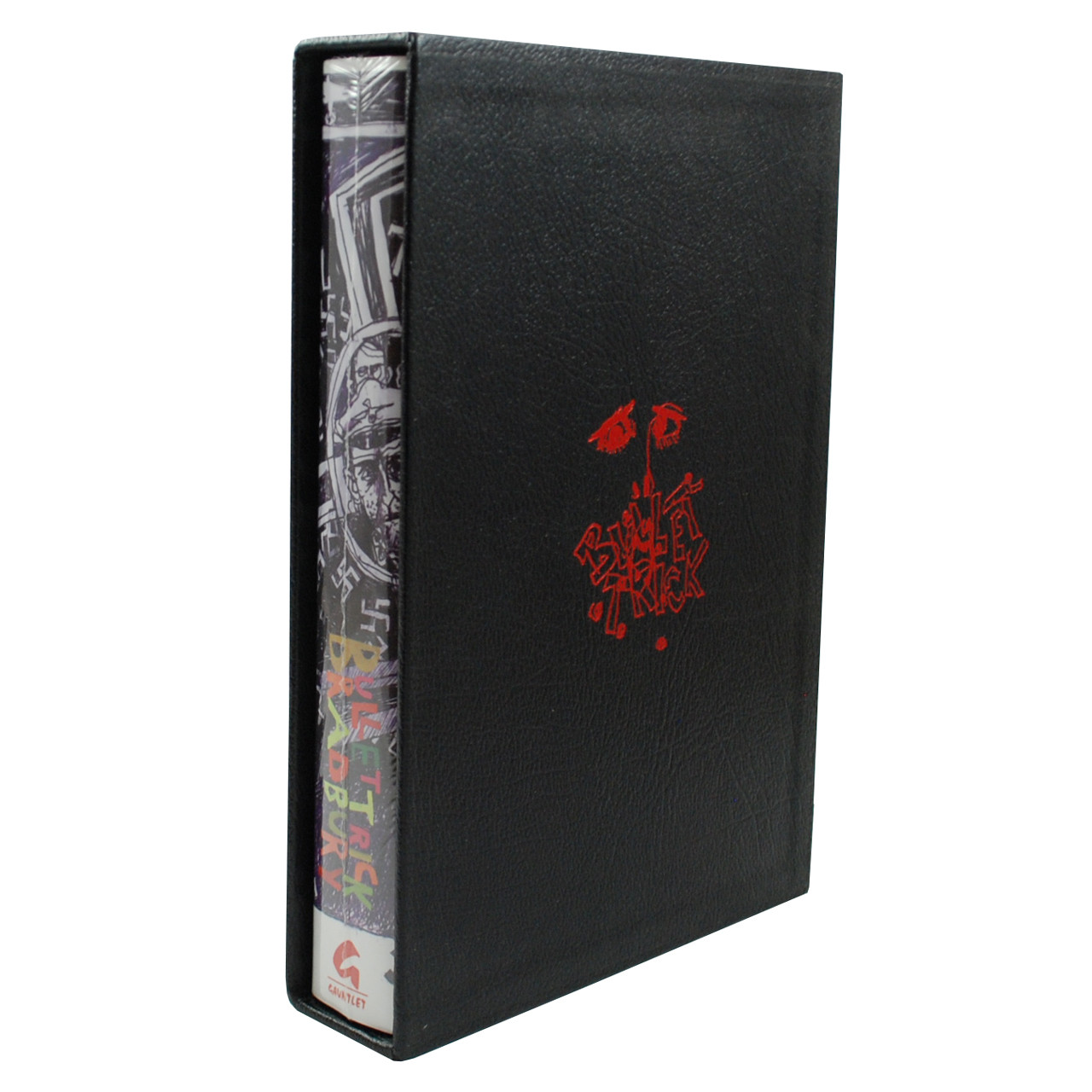 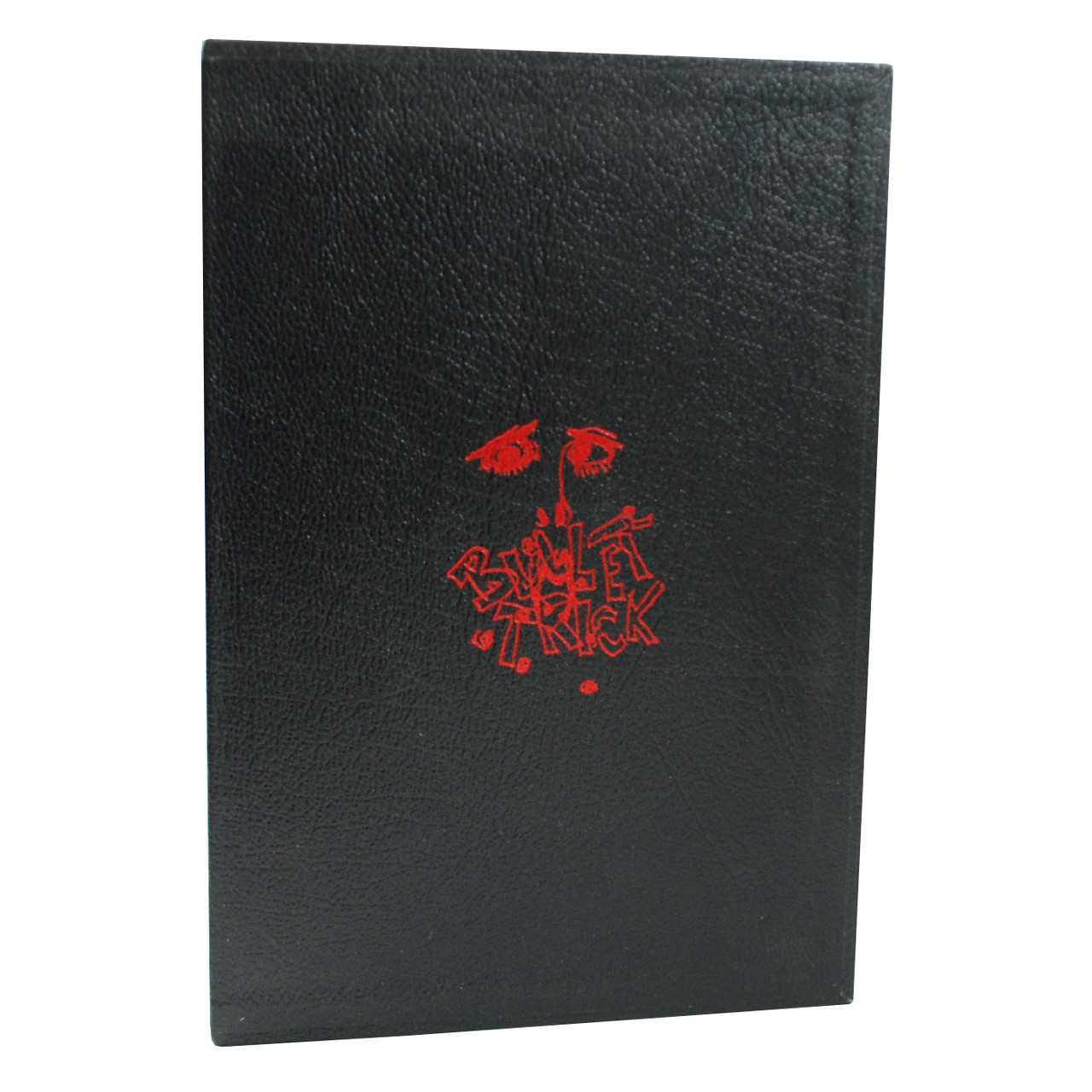 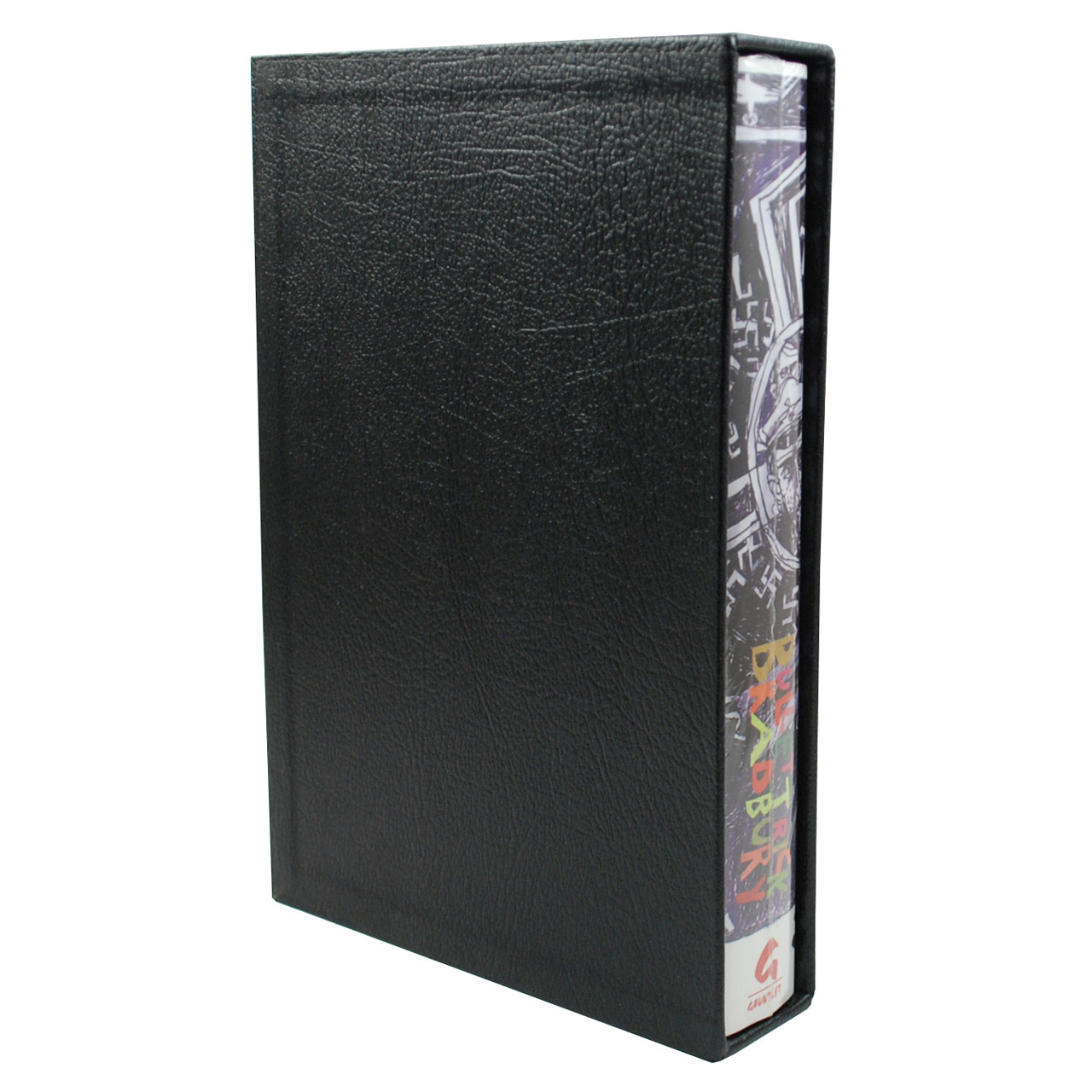 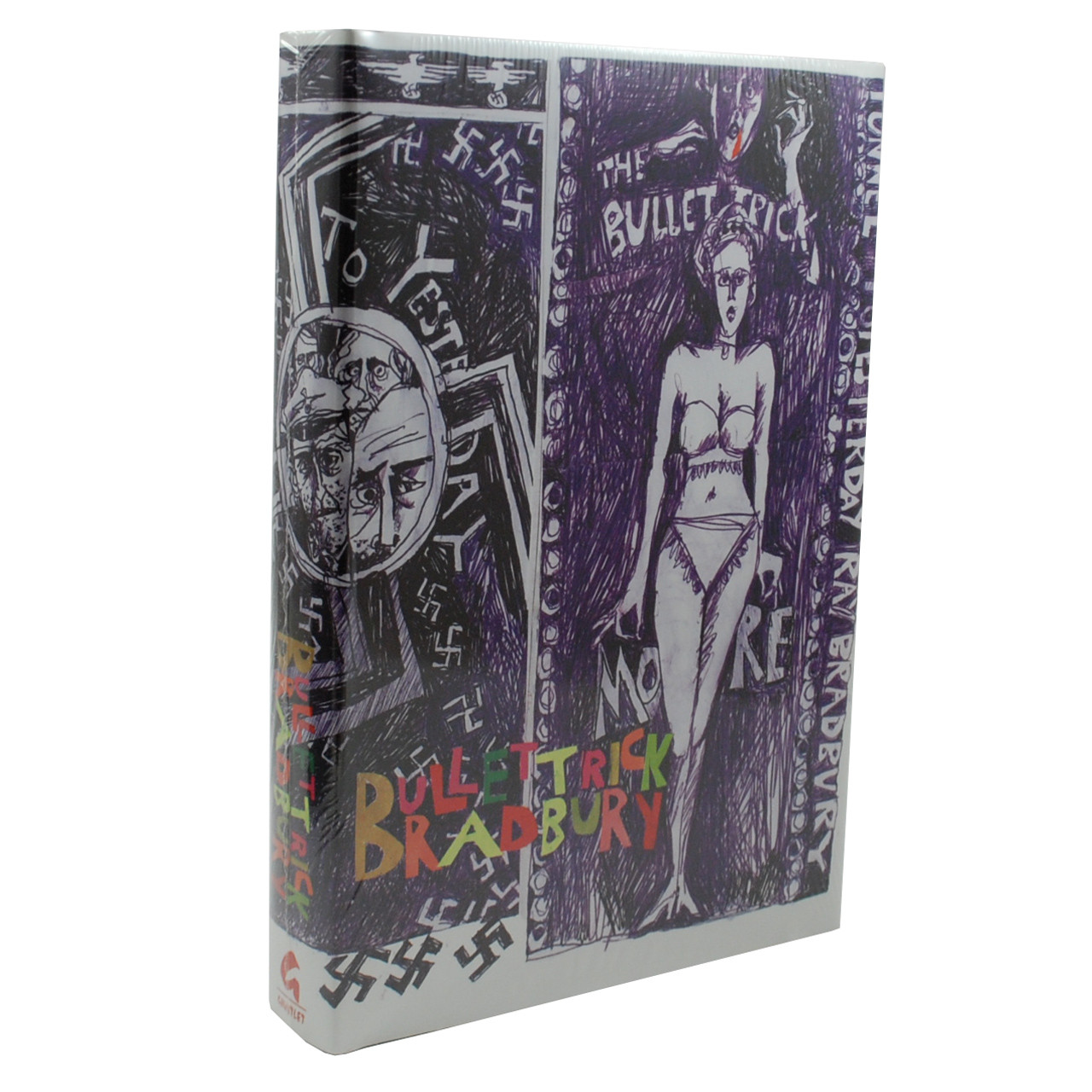 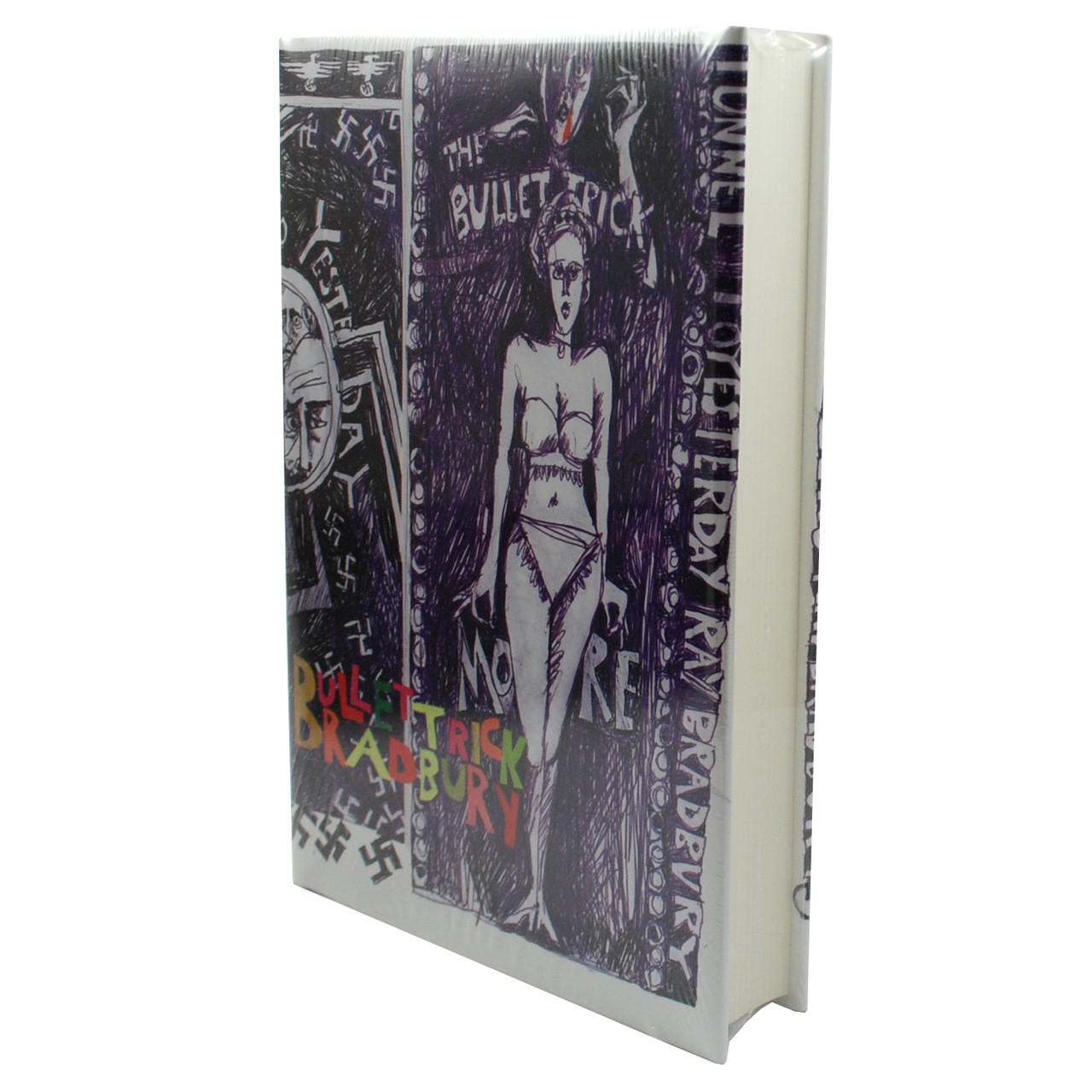 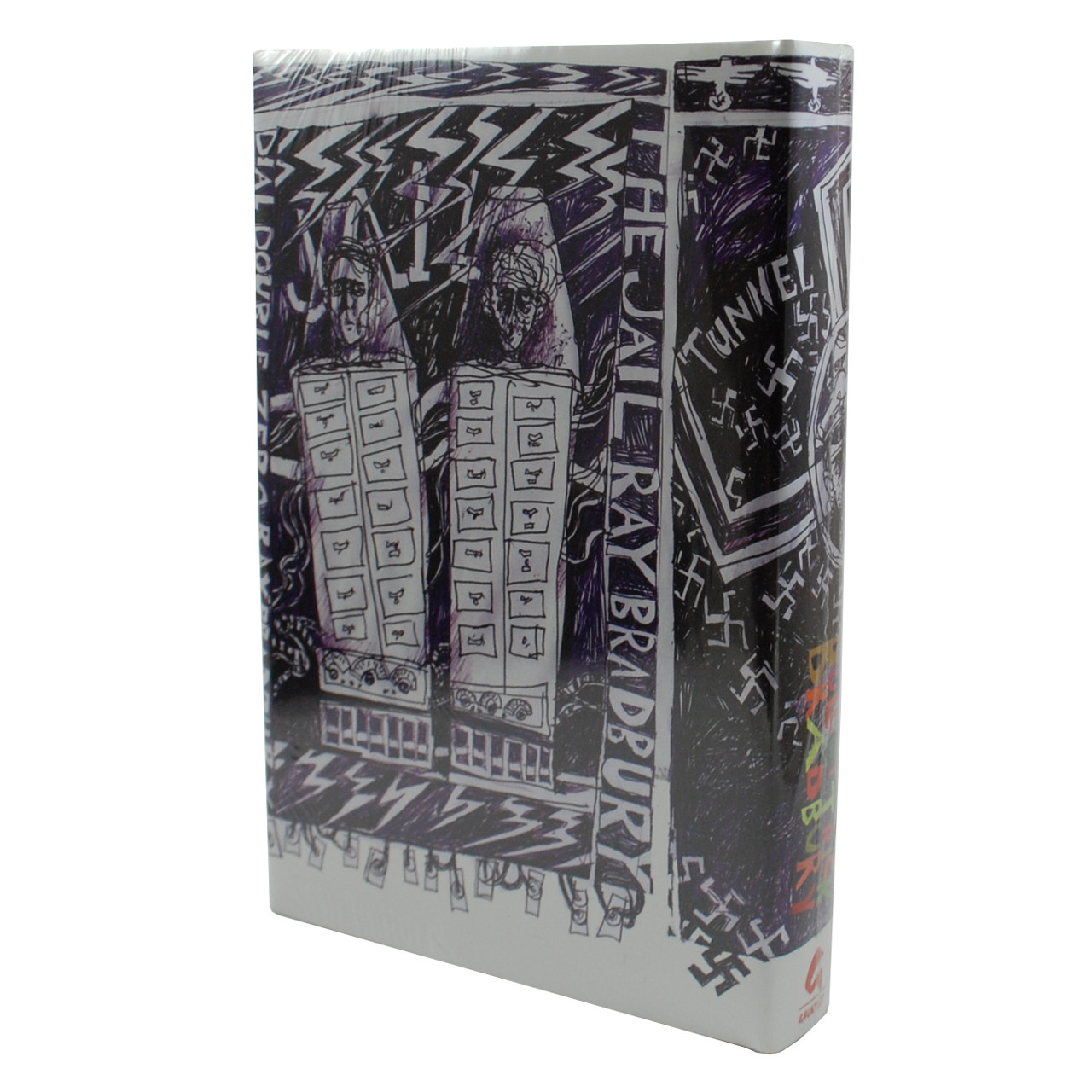 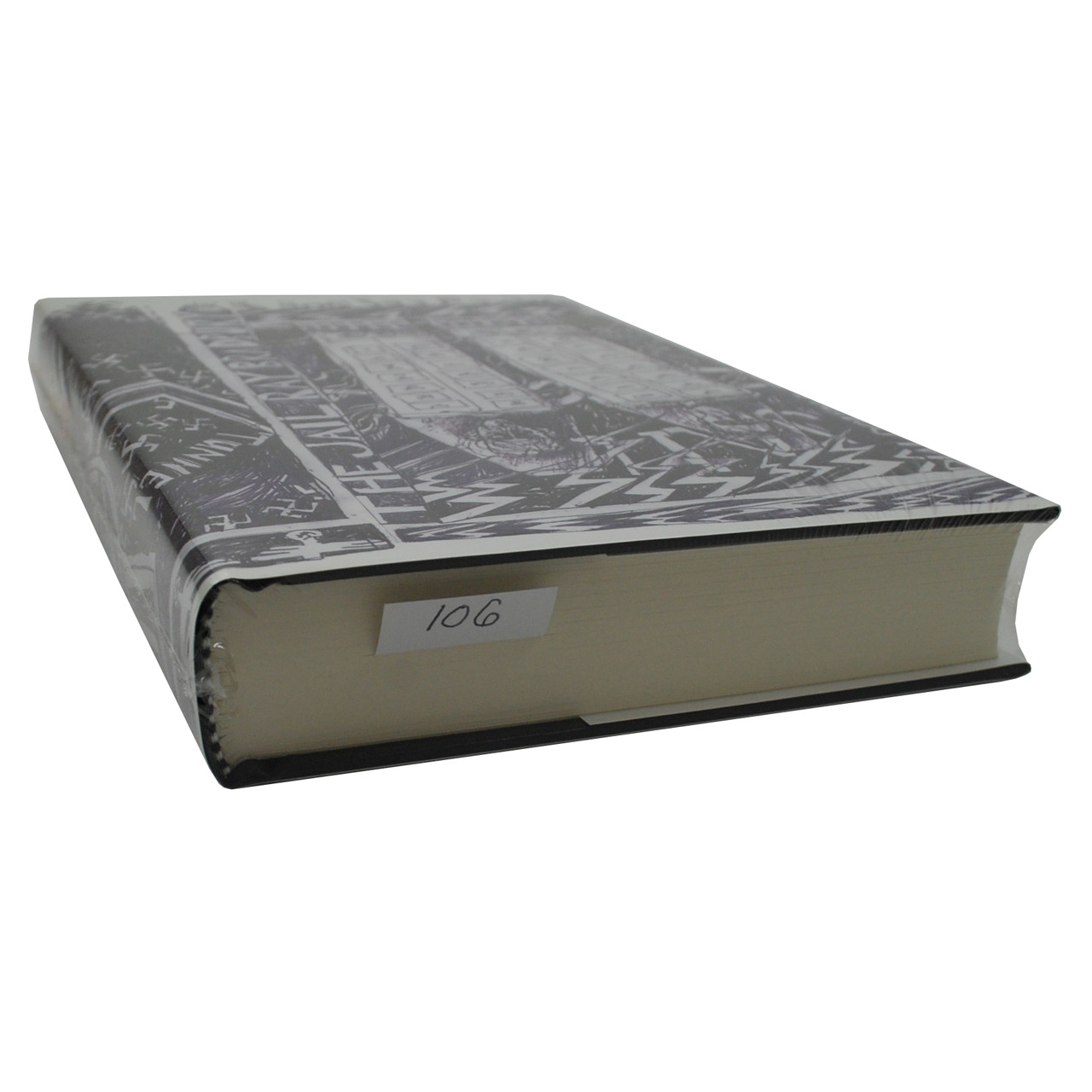 Personally signed by Ray Bradbury. Limited to only 250

Bullet Trick, by Ray Bradbury is a signed limited edition of never-before published material. It contains five teleplays (original stories that were not based on previously written stories), written by Ray Bradbury, that appeared on TV from 1955 through 1963. With the exception of the 1959 Steve Canyon production, the other four teleplays deal with fear and paranoia.

Finally, the book contains two prose adaptations Bradbury wrote after he wrote the screenplays. Both Bullet Trick and Hand In Glove (The Jail) are far different than the teleplays.

"BULLET TRICK comes across as a true labor of love, and I commend Gauntlet Press for their work on unearthing these gems, and sharing them with Bradbury collectors." -- Squib Central

"For those readers who are already familiar with and enjoy Bradburys fiction, The Bullet Trick is a must read filled with original material being seen and available for reading for the very first time, and which showcase author Bradbury at the height of his creative powers." -- HorrorWorld

"Editor Donn Albright has compiled an astonishing collection of previously unpublished materials from one of the world's most renowned authors of science fiction and fantasy." -- Creature Feature

Bradbury was mainly known for his novel Fahrenheit 451 (1953) and his short-story collections The Martian Chronicles (1950) and The Illustrated Man (1951).[4] Most of his best known work is speculative fiction, but he also worked in other genres, such as the coming of age novel Dandelion Wine (1957) and the fictionalized memoir Green Shadows, White Whale (1992). He also wrote and consulted on screenplays and television scripts, including Moby Dick and It Came from Outer Space. Many of his works were adapted into television and film productions as well as comic books.

Very Fine. Sealed. A wonderful bright clean copy with tight binding. No bumped corners and free of any marks, writings or stamps. All photos of actual volume .