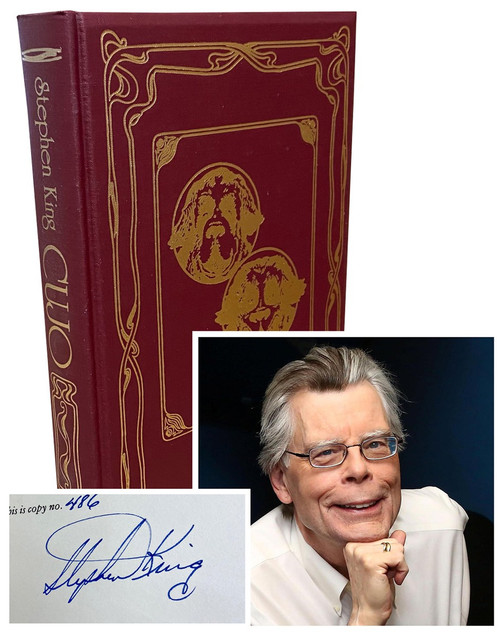 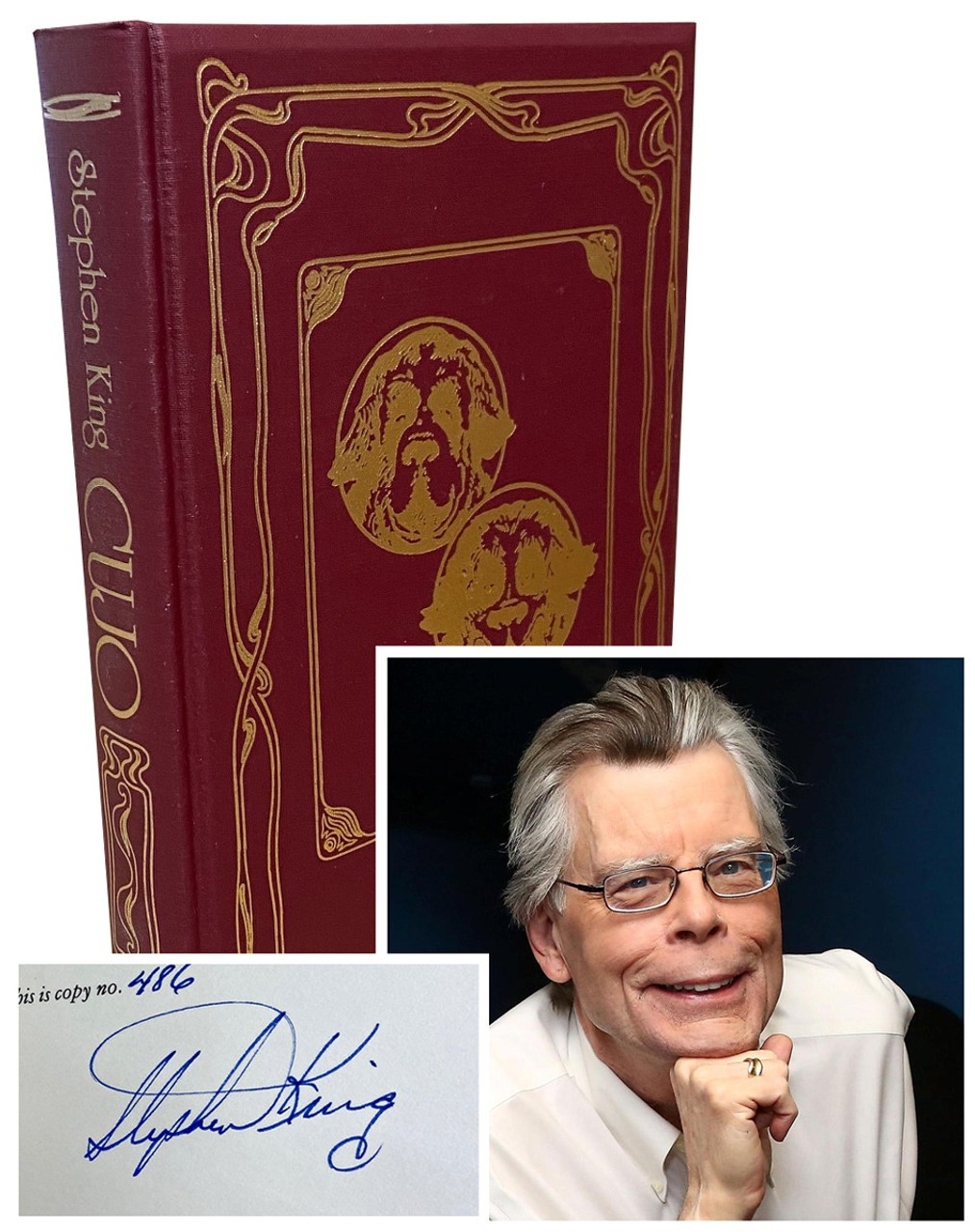 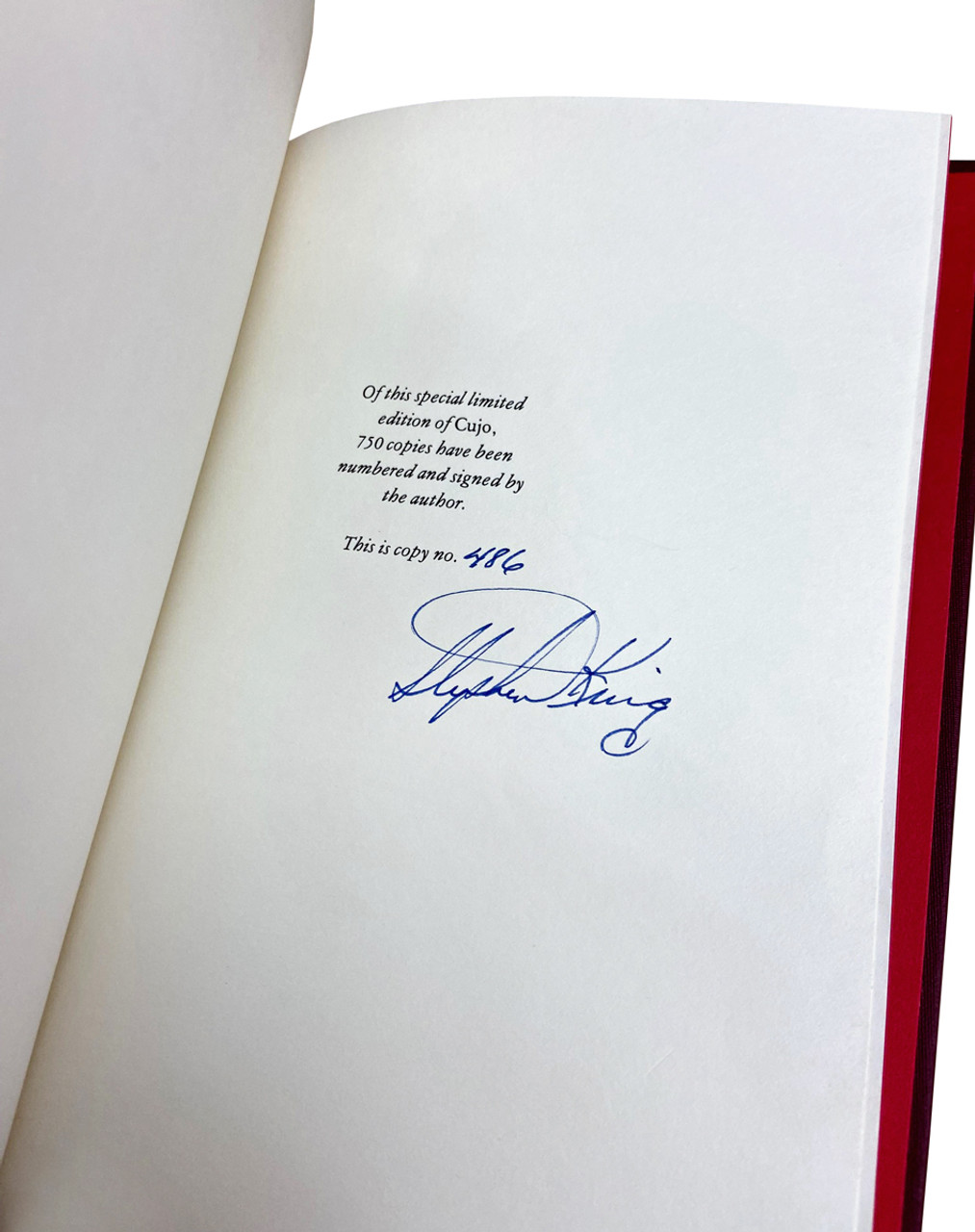 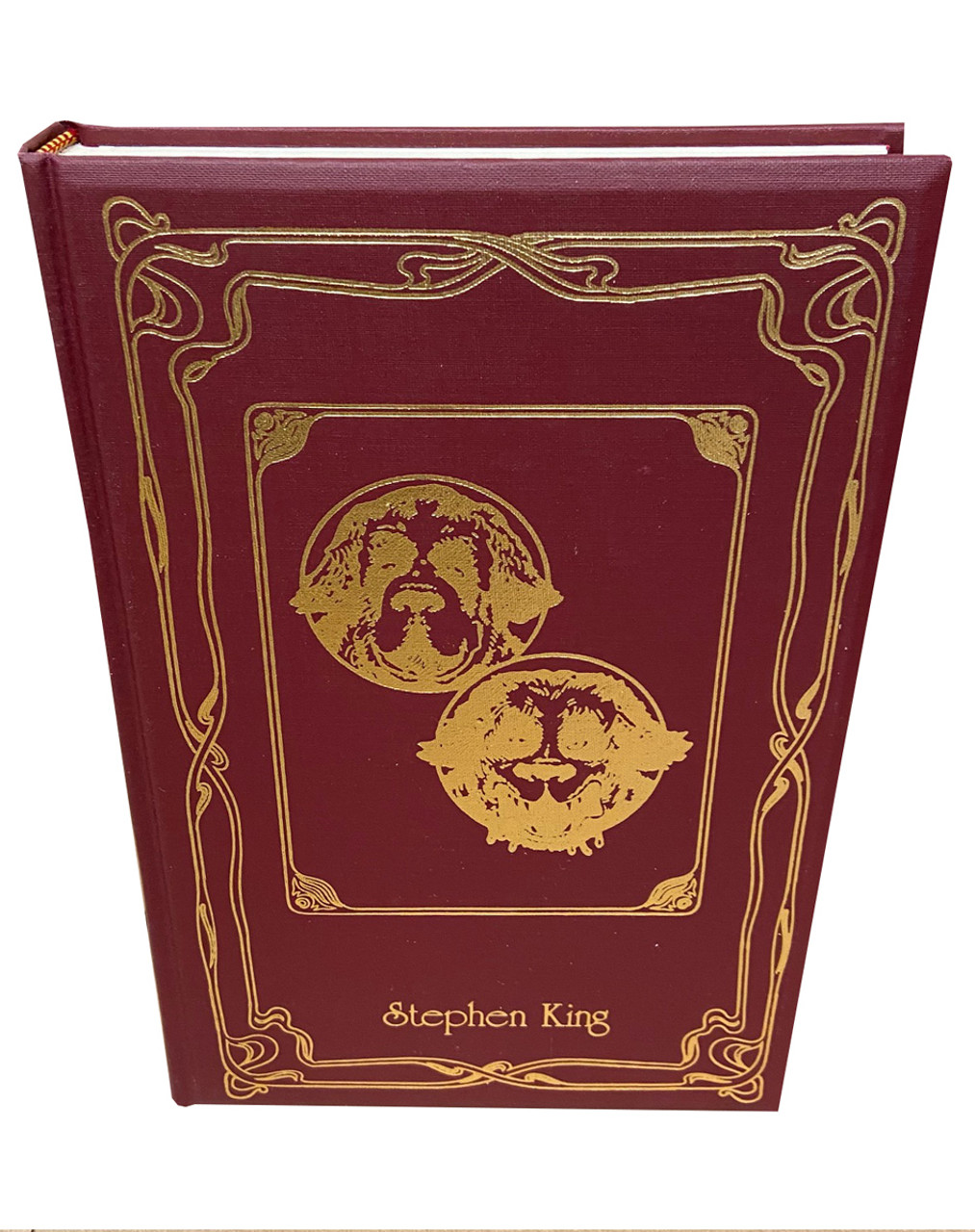 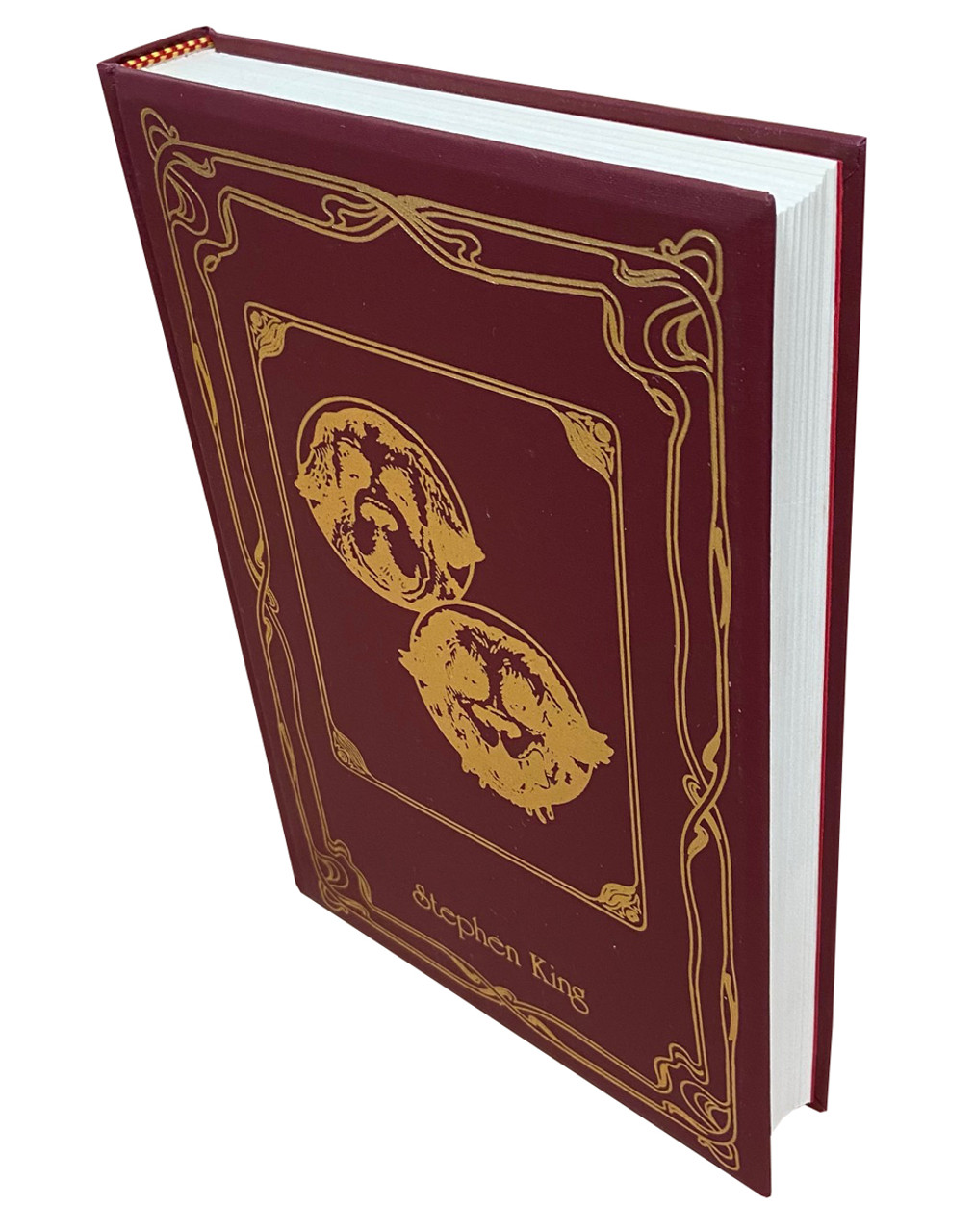 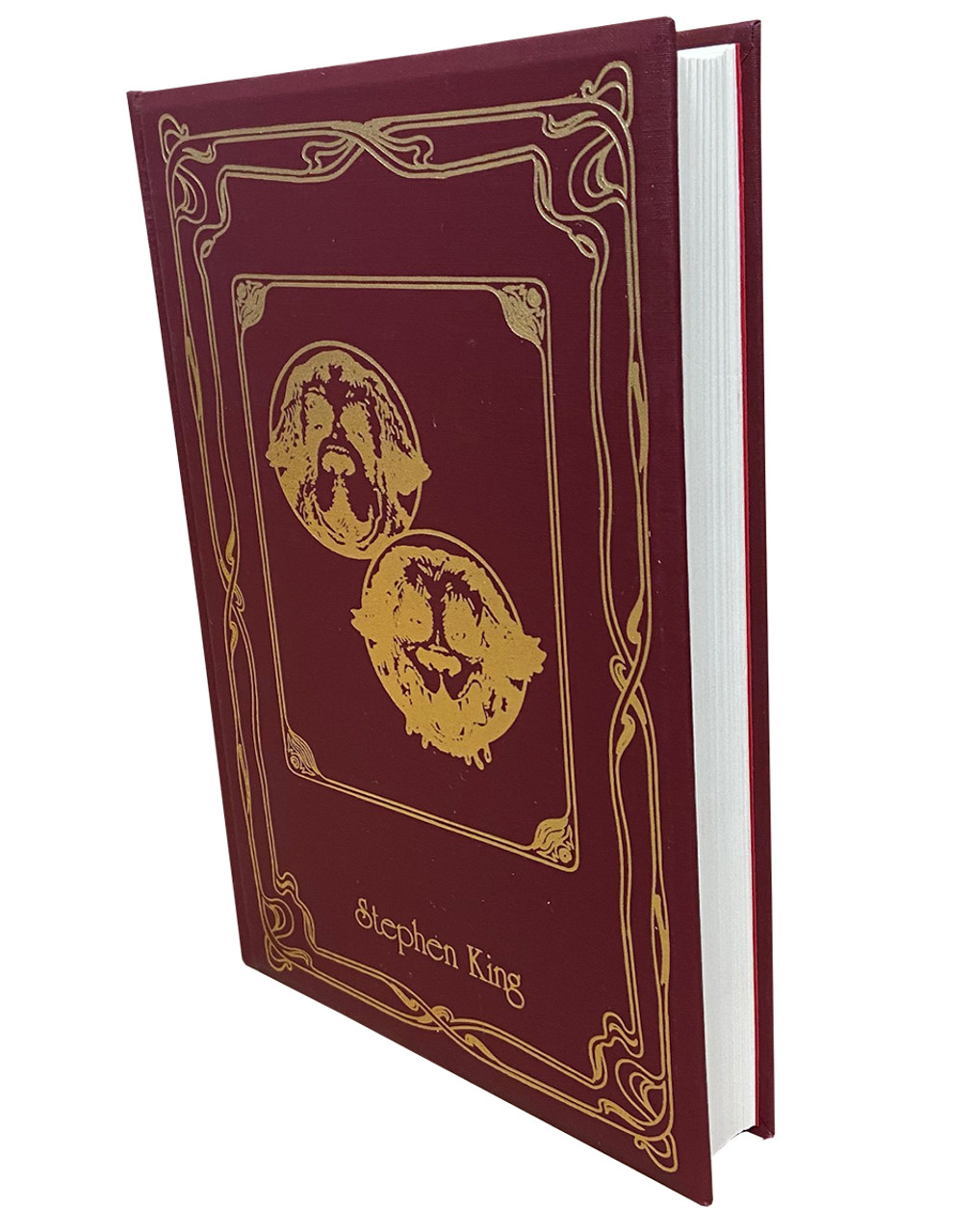 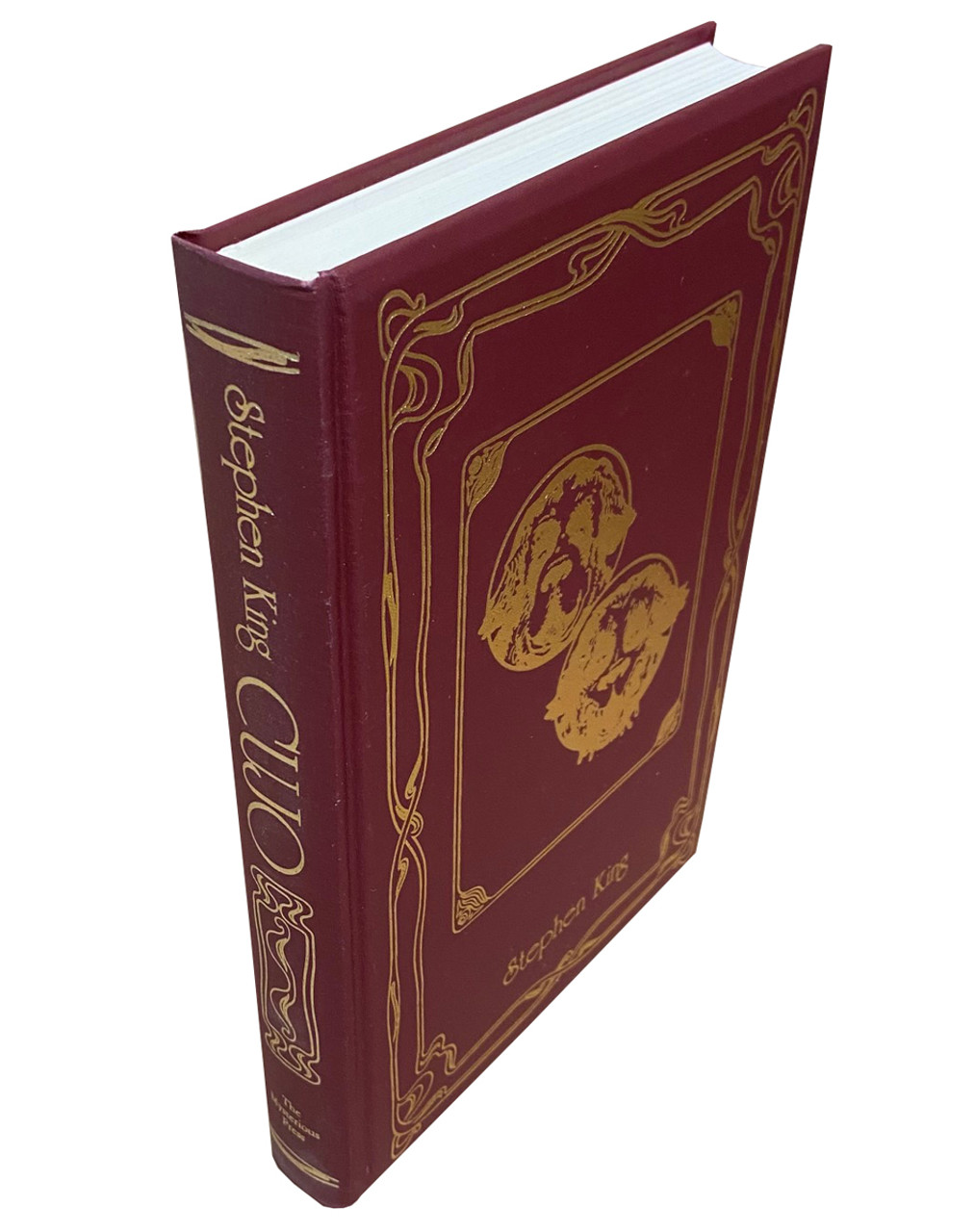 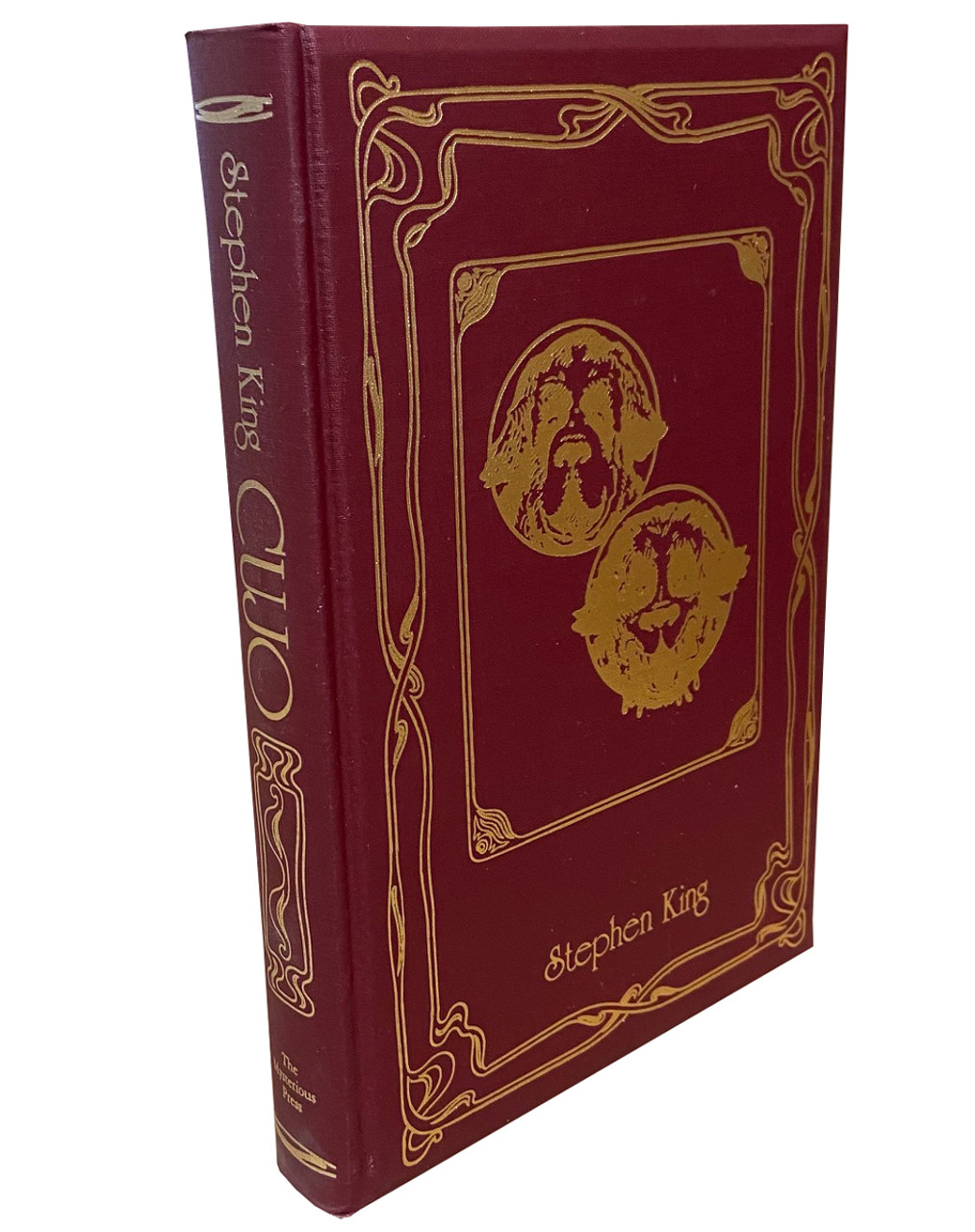 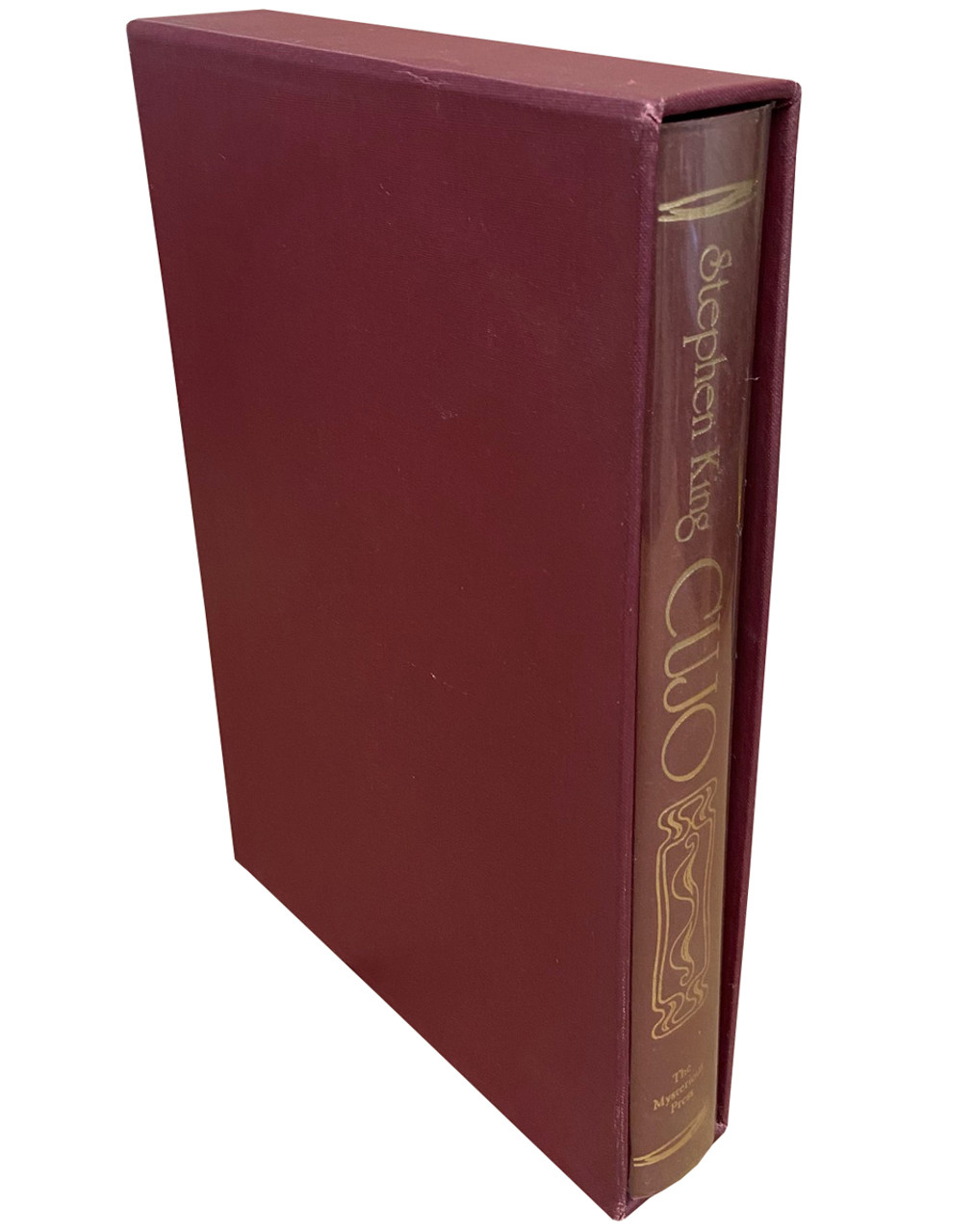 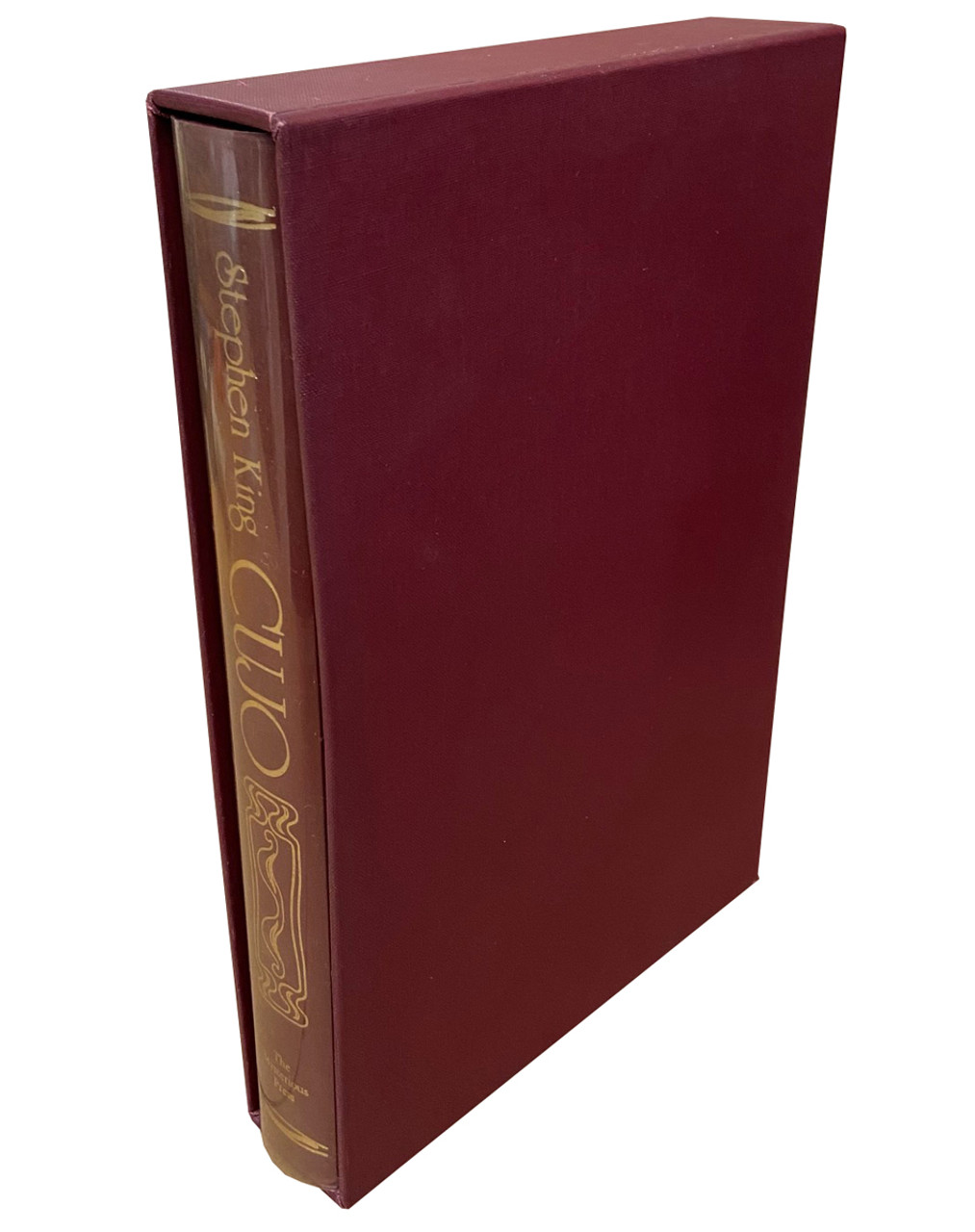 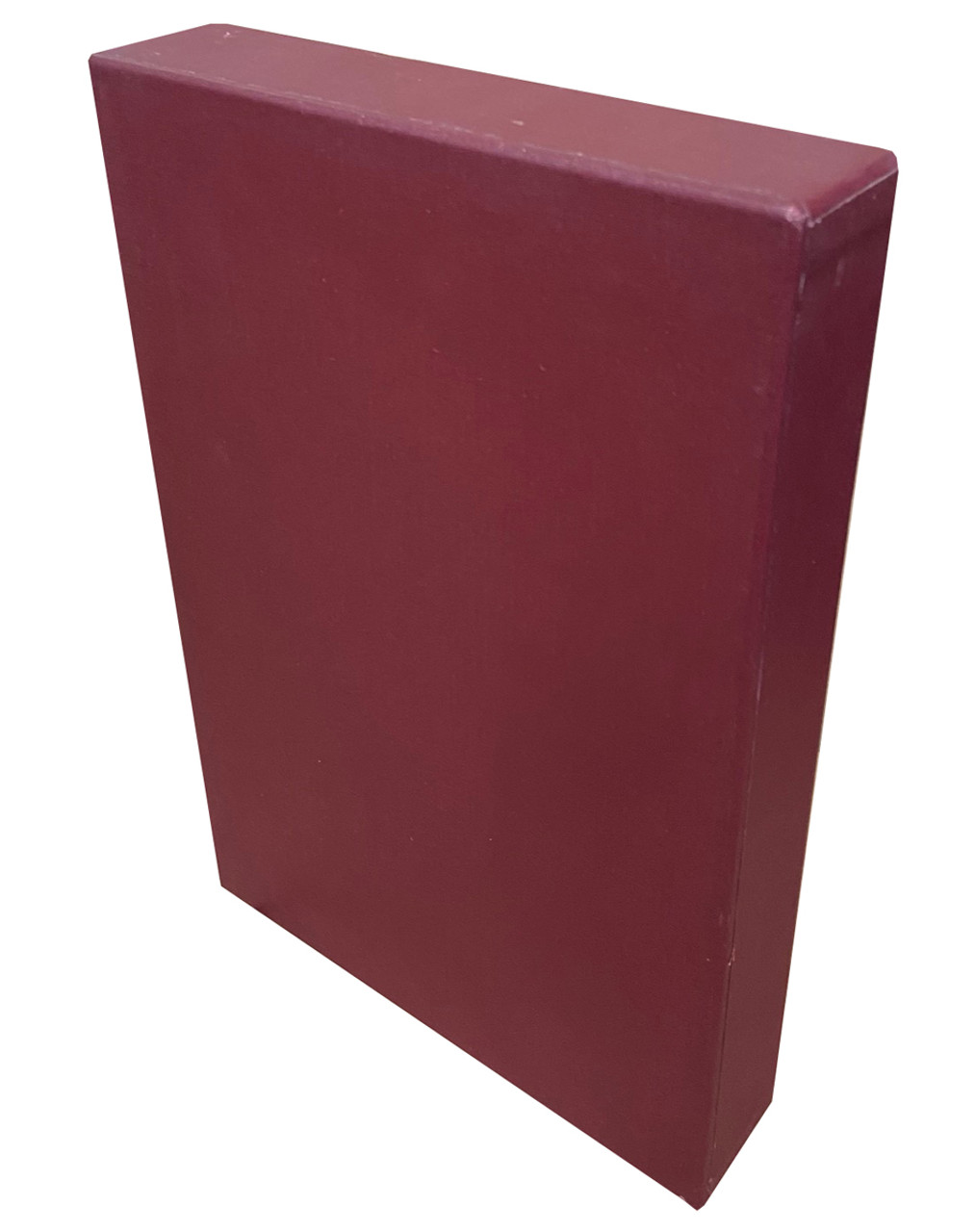 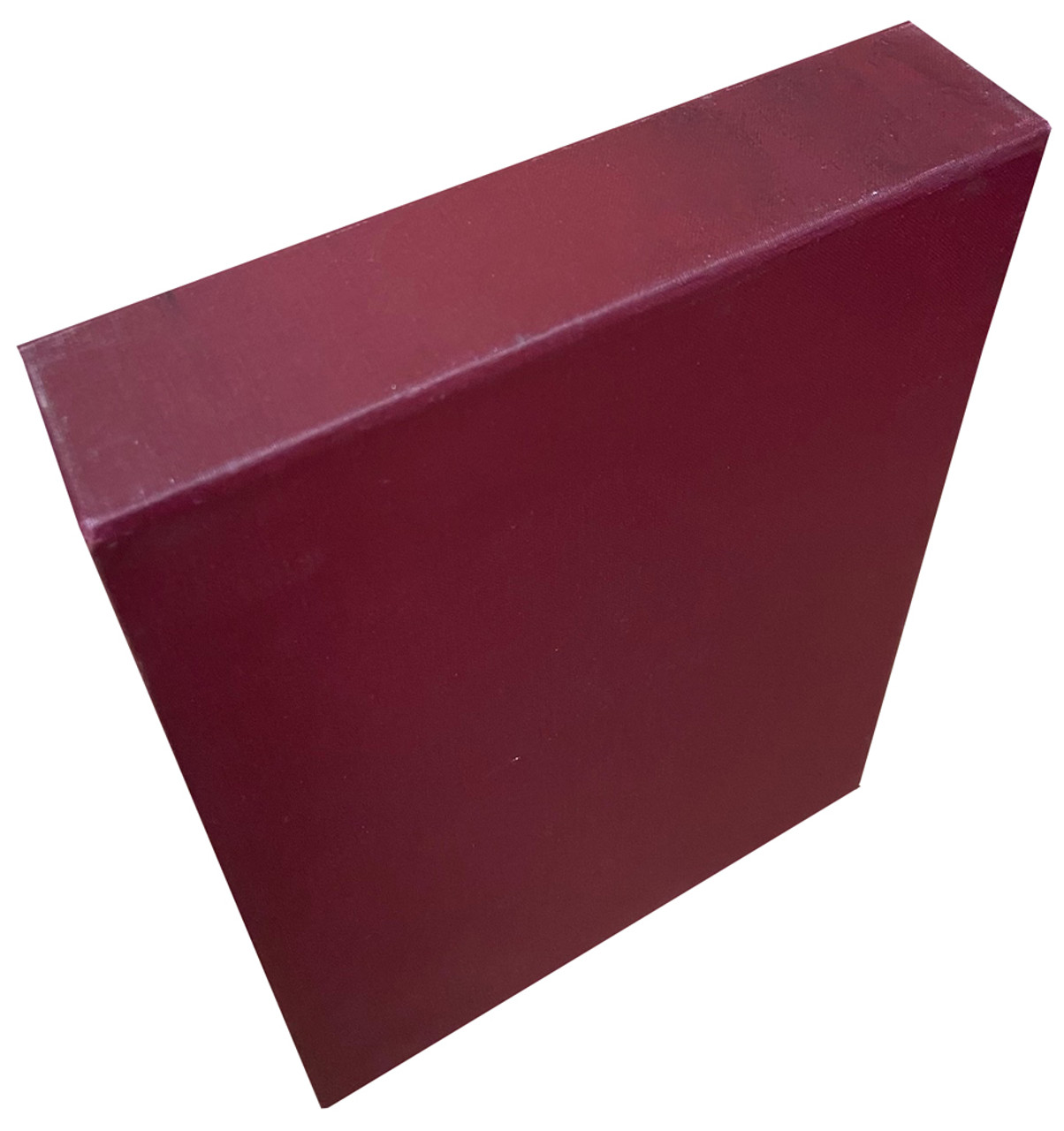 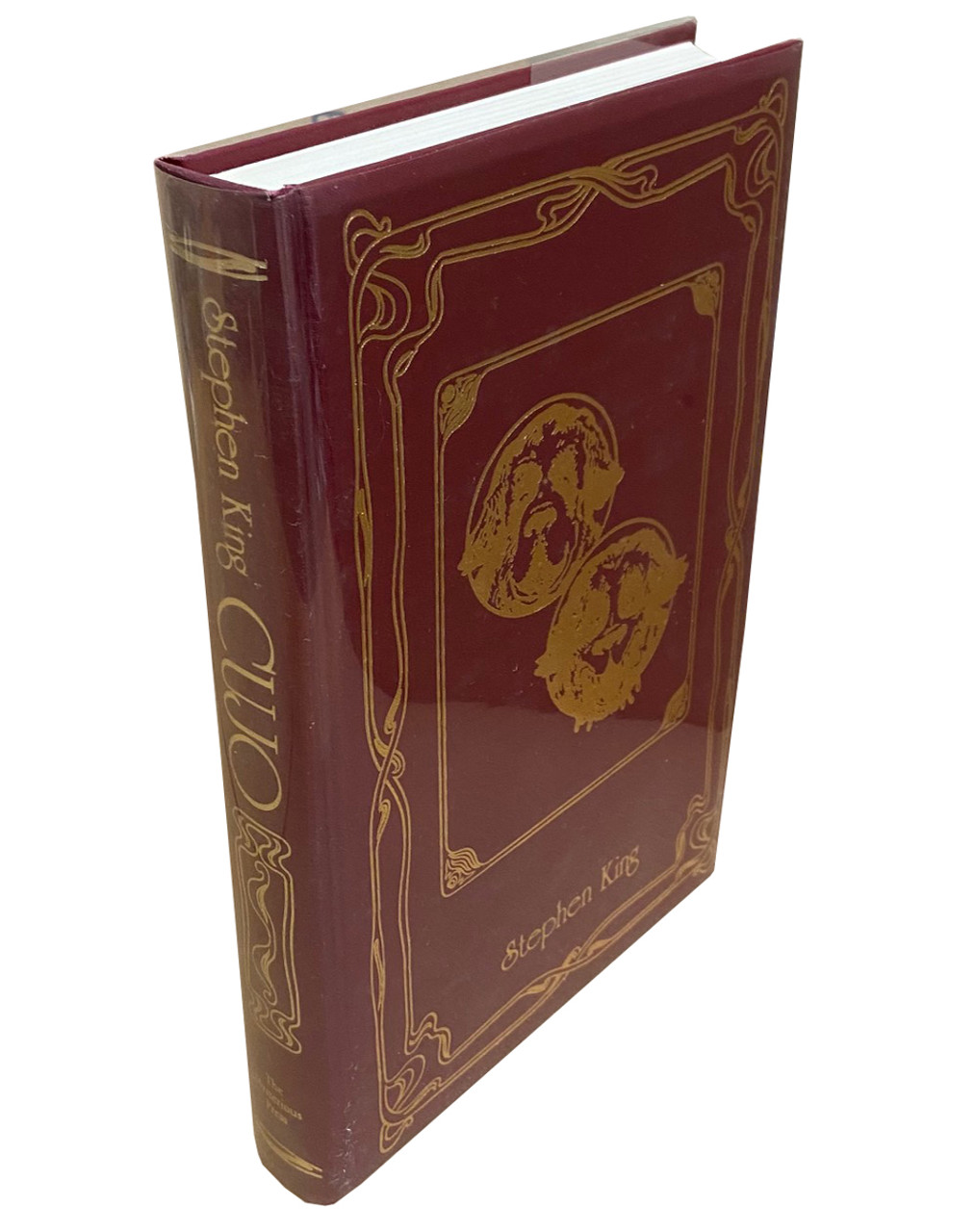 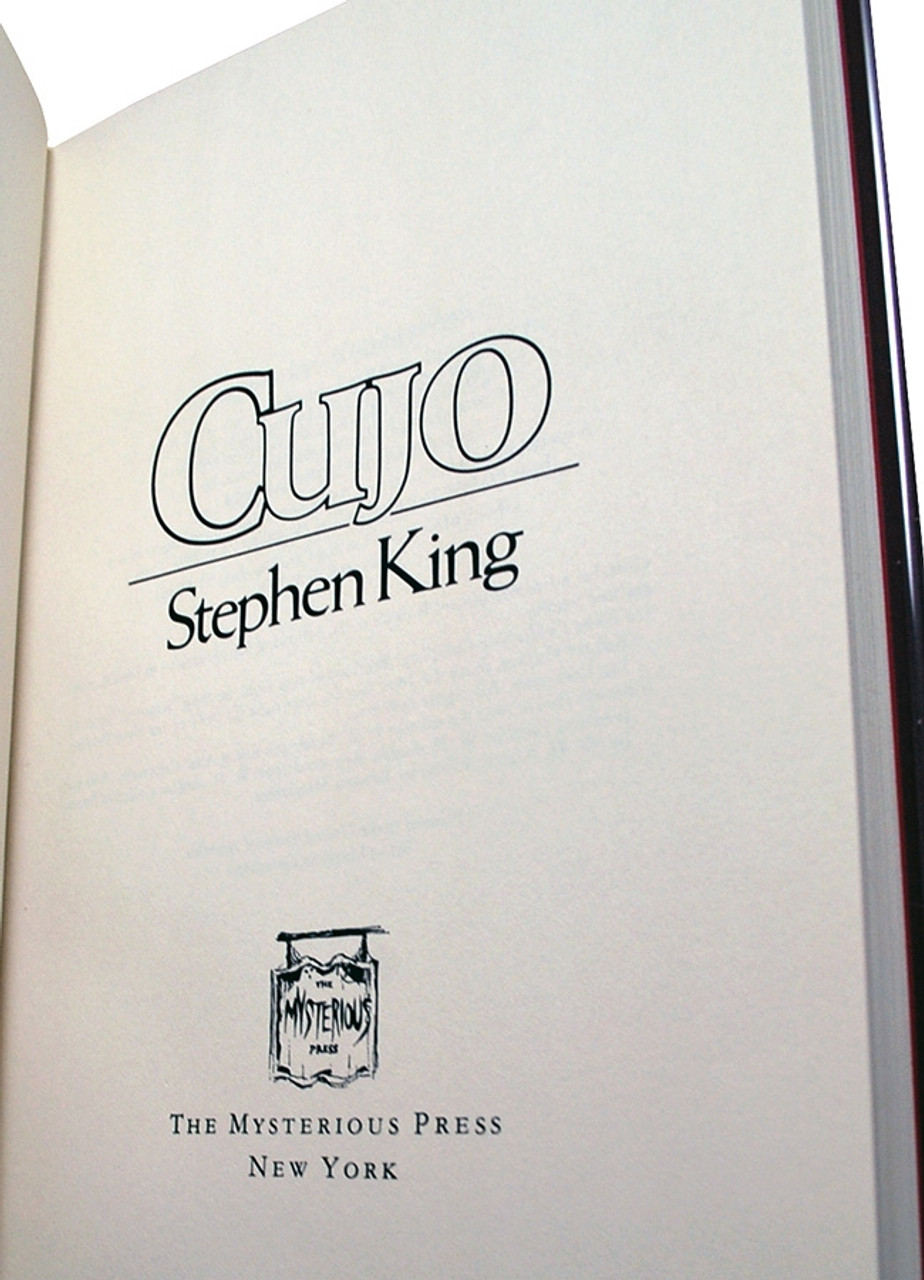 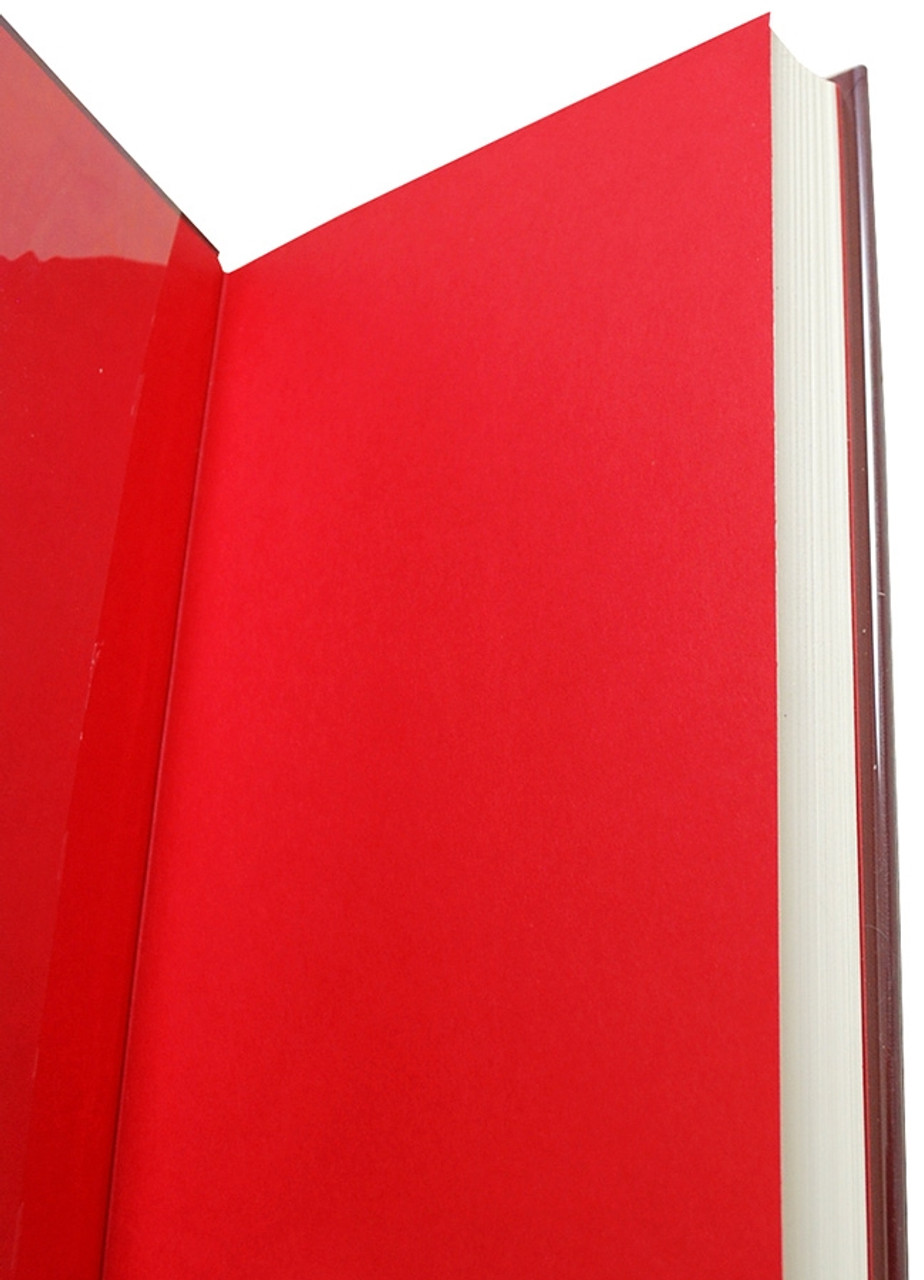 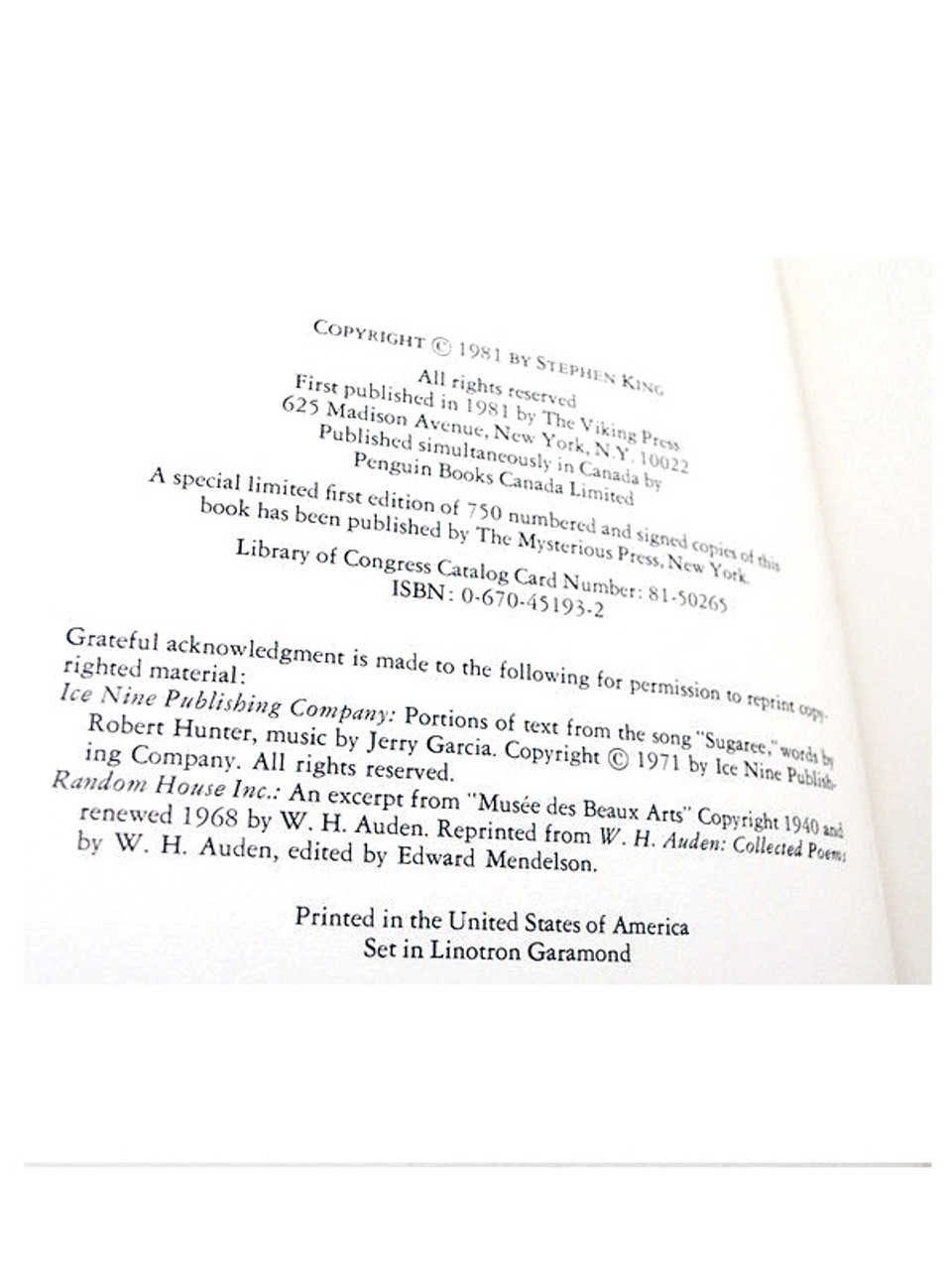 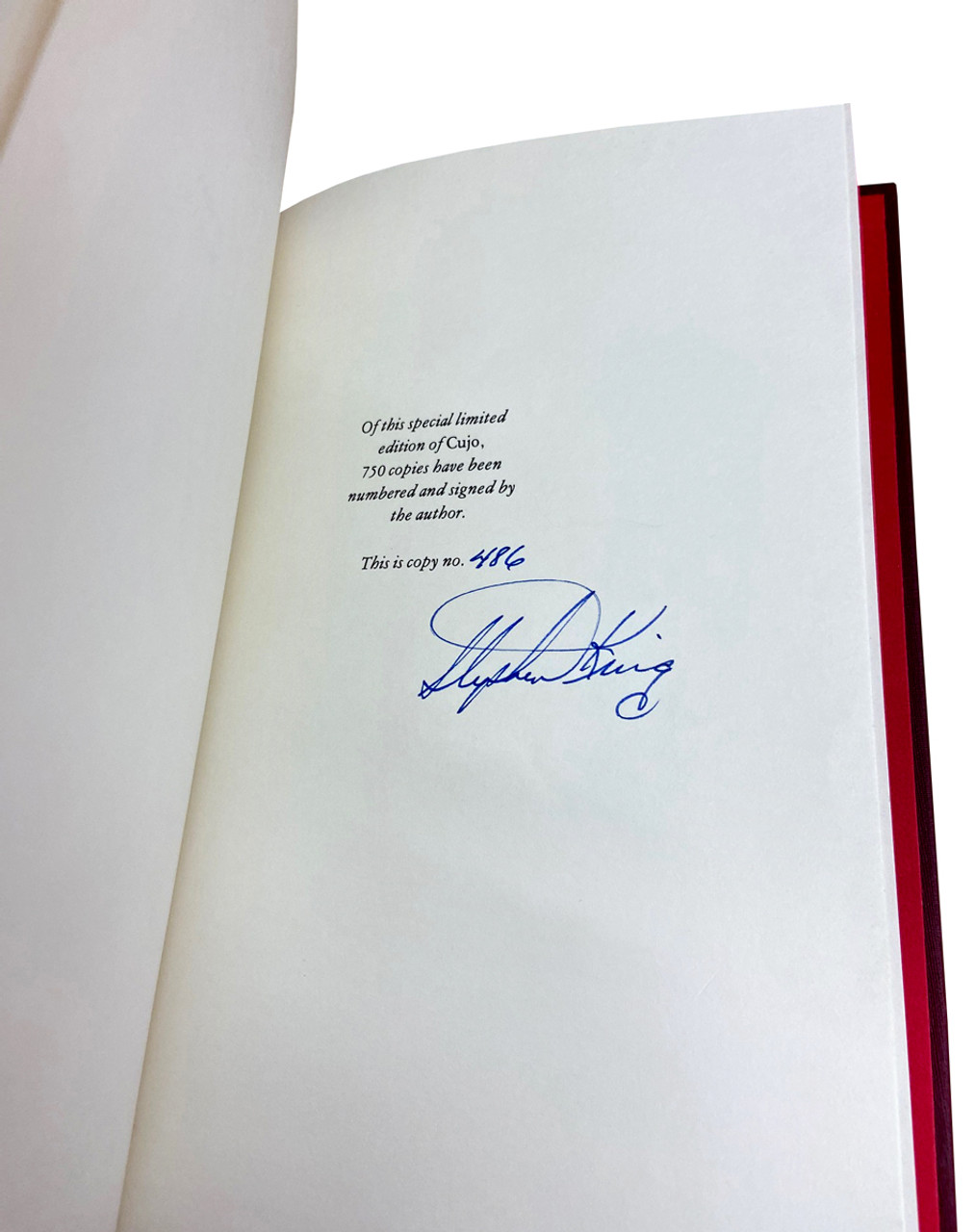 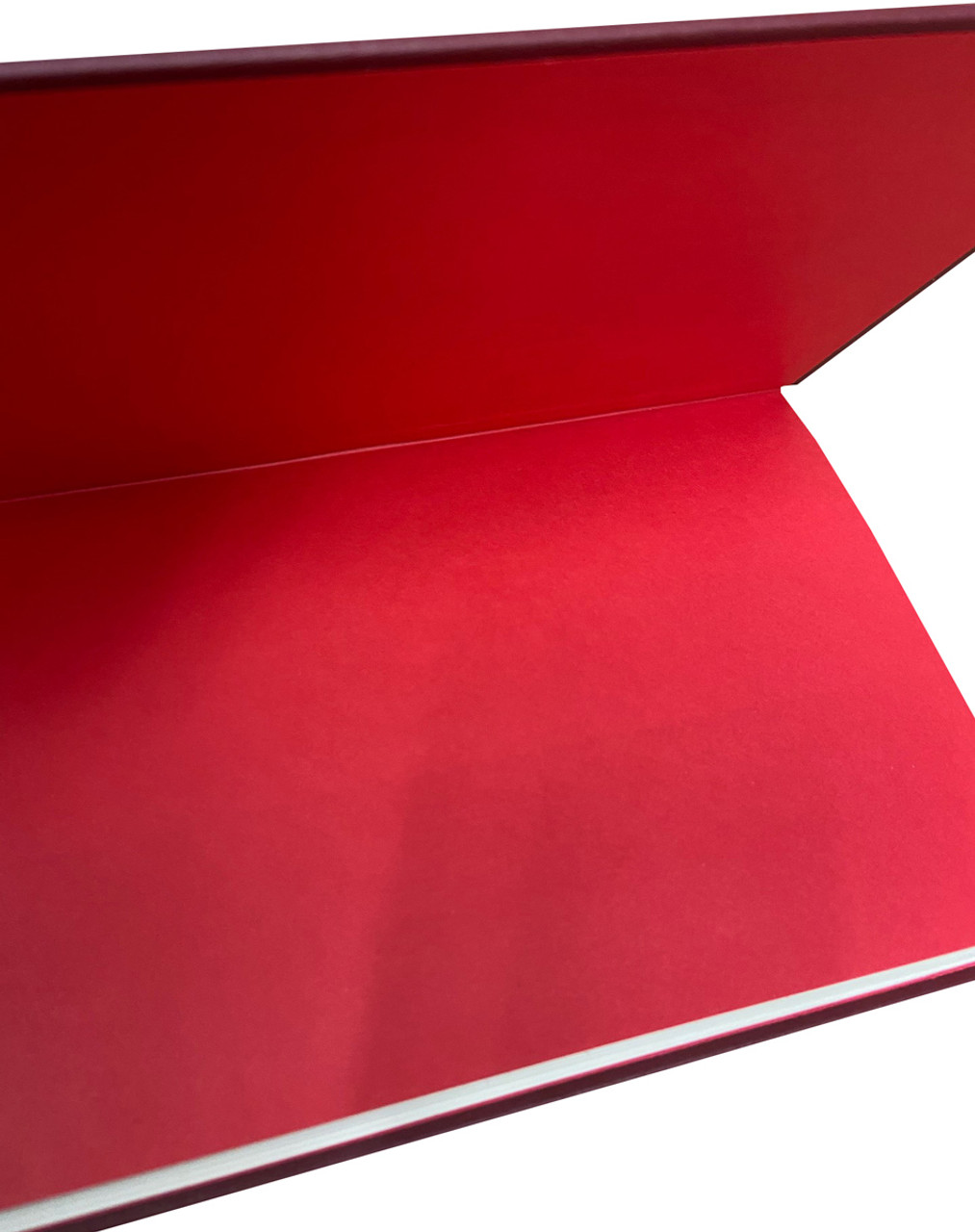 A Desirable Early Signed Limited For Your Stephen King Collection

Personally signed by Stephen King directly onto the limitation page. 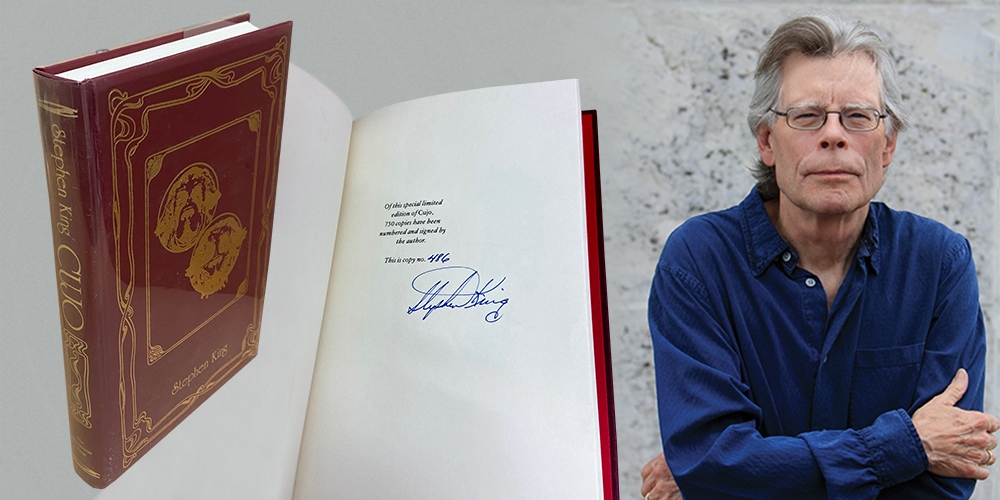 Mysterious Press 1981. Stephen King. "Cujo". Signed Limited Edition. The #1 bestseller for King's rabid fans - A unique book for the serious collector. Very rare at only 750 printed in this special signed limited edition. Signed by Stephen King on the special signature limitation page. This is number 486 of 750. Offered in the original publisher issued slipcase. No dust-jacket as issued. The book is now protected in a brand new Brodart archival acid-free sleeve. 319 pages.

"He builds up the suspense, holds back the dynamite until you're screaming for it, and then lets you have it."
-- Minneapolis Tribune

"It grabs you and holds you and won't let go...excruciating suspense...a genuine page-turner."
-- Chattanooga Times

Cujo is so well-paced and scary that people tend to read it quickly, so they mostly remember the scene of the mother and son trapped in the hot Pinto and threatened by the rabid Cujo, forgetting the multifaceted story in which that scene is embedded. This is definitely a novel that rewards re-reading. When you read it again, you can pay more attention to the theme of country folk vs. city folk; the parallel marriage conflicts of the Cambers vs. the Trentons; the poignancy of the amiable St. Bernard (yes, the breed choice is just right) infected by a brain-destroying virus that makes it into a monster; and the way the "daylight burial" of the failed ad campaign is reflected in the sunlit Pinto that becomes a coffin. And how significant it is that this horror tale is not supernatural: it's as real as junk food, a failing marriage, a broken-down car, or a fatal virus.

Cujo is a horror novel by Stephen King, published by Viking in 1981. The book tells the story of the middle-class Trenton family and rural Camber clan in Castle Rock, Maine. Mundane marital and financial difficulties plague disgraced advertising man Vic Trenton and his adulterous wife Donna. Their domestic problems are dwarfed by mortal danger when Donna and her four-year-old son Tad are terrorized by a rabid St. Bernard named Cujo. The novel was adapted into a 1983 film of the same name.

The book is a semi-sequel to King's earlier work The Dead Zone. "Cujo" makes several specific references to the events and characters of "The Dead Zone," even so much as to lead the audience to believe that Frank Dodd (committed suicide in The Dead Zone) is possessing Cujo. King made later reference to the dog in his 1983 novel The Body, fromDifferent Seasons.

A reference to Cujo is made in the short story Mrs. Todd's Shortcut, where it mentions Joe Camber getting killed by his own dog.

The name for the dog originated with King's research for a novel regarding the Symbionese Liberation Army (SLA) and the kidnapping of Patty Hearst. One of the members of the SLA, and Hearst's lover during her ordeal, was Willie Wolfe who took the name Cujo as his nom de guerre.

Fine hardcover with square and tight spine. The page edges are without any marks. Sharp corners that are not bumped. A wonderful bright clean copy without any marks, writing, or stamps. Original hardcover book in excellent condition. Includes clear Brodart archival acid-free protector.

The slipcase in Near Fine+ with some marks on the surface as shown. The corners are sharp and not bumped. Photos of actual item.