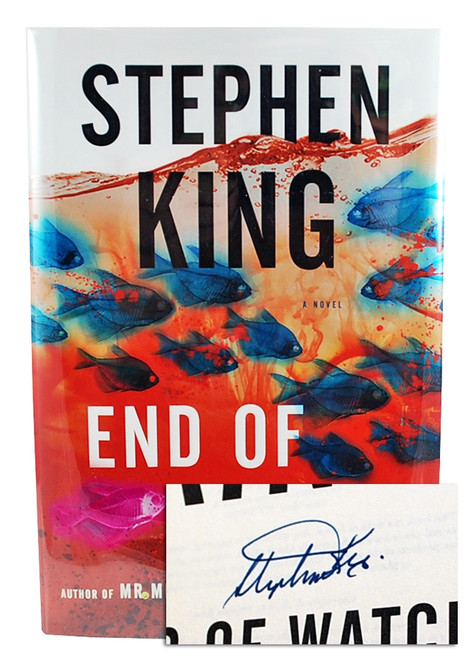 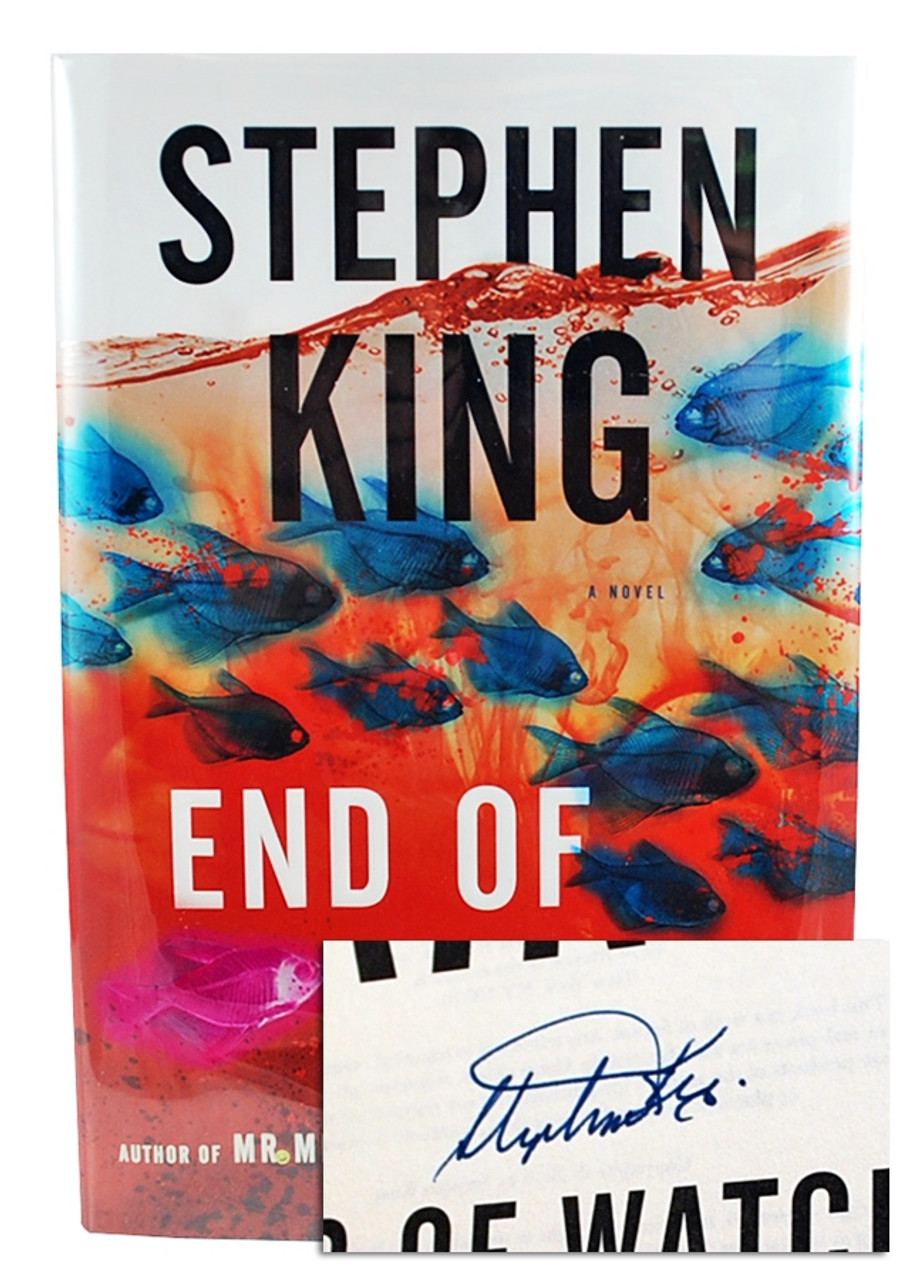 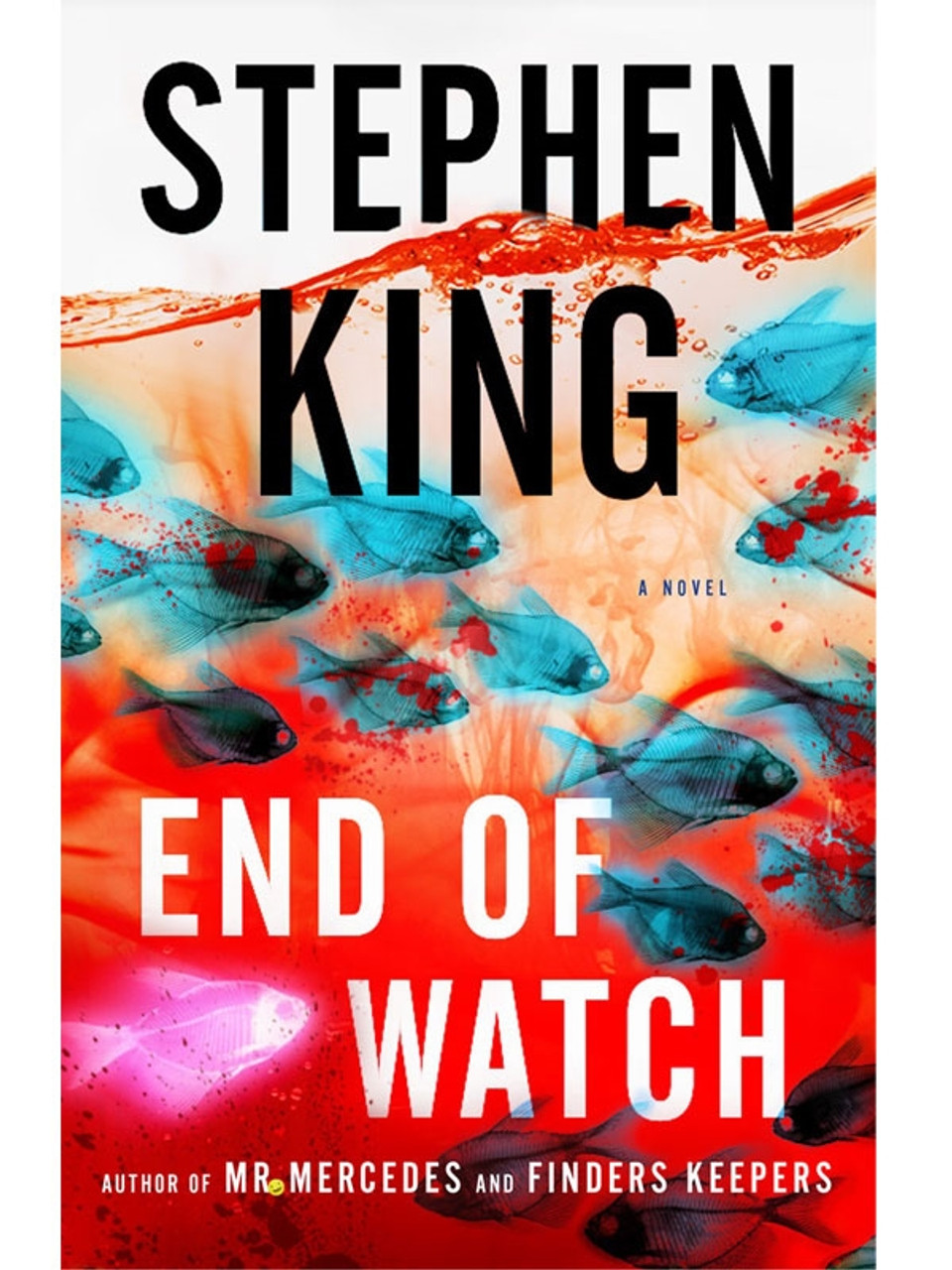 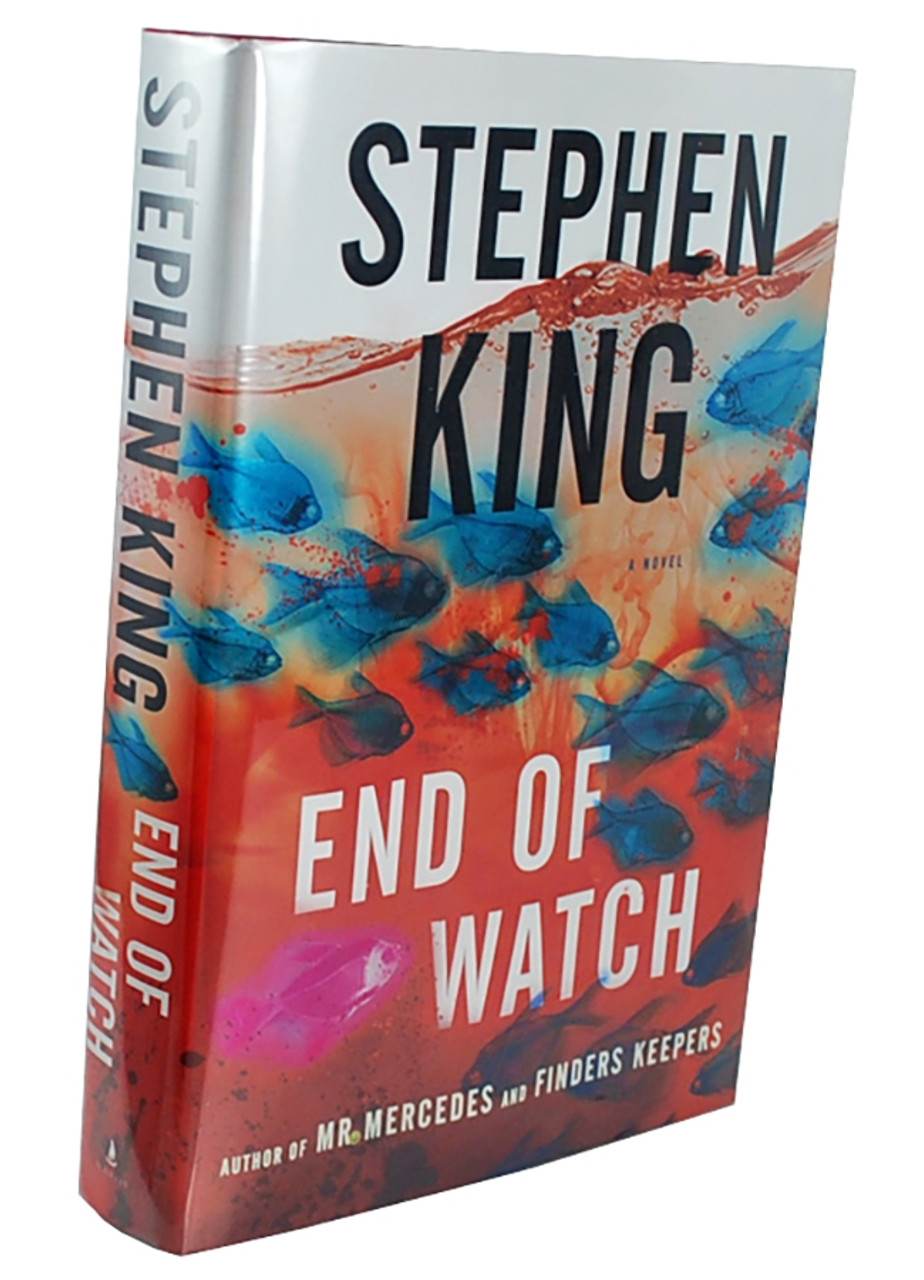 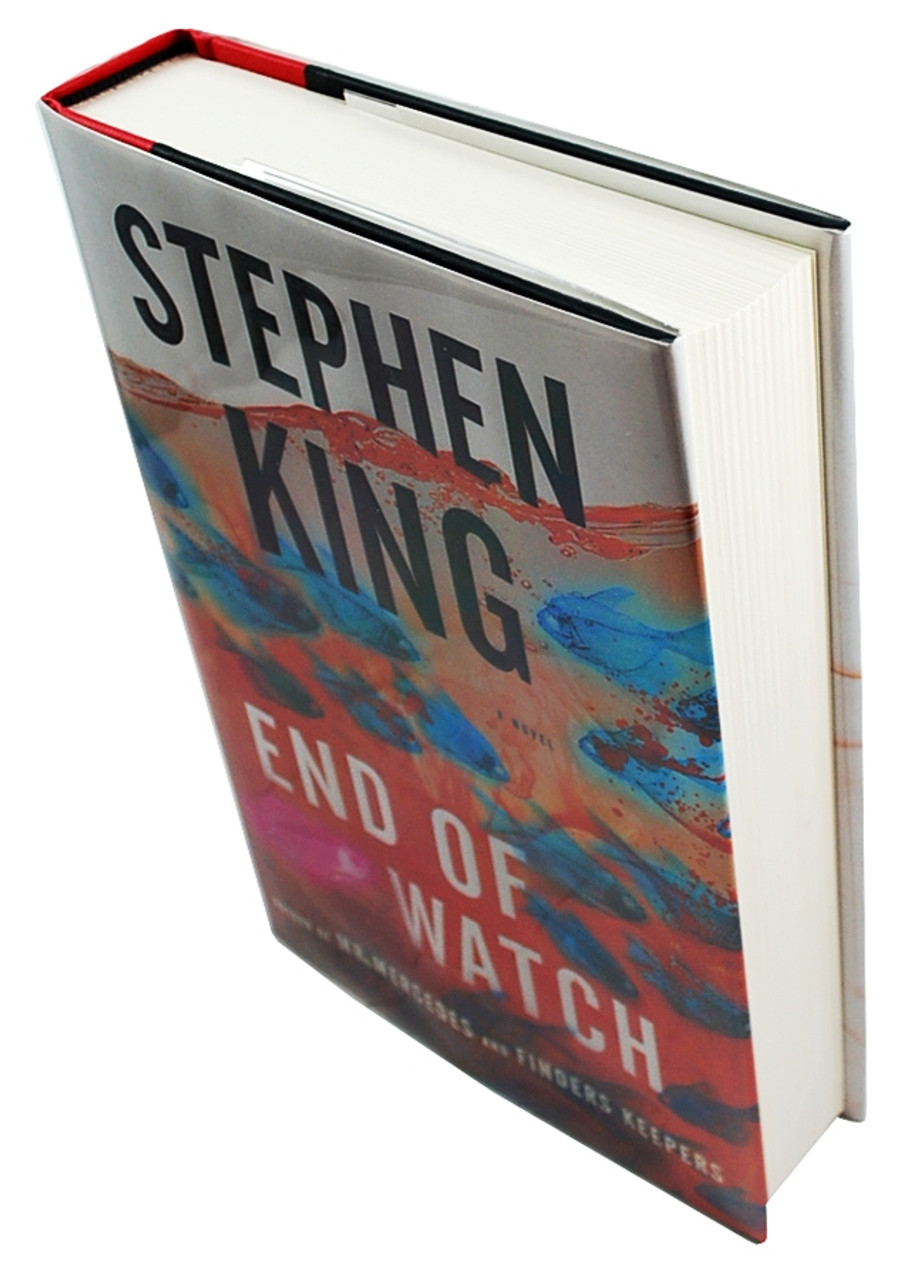 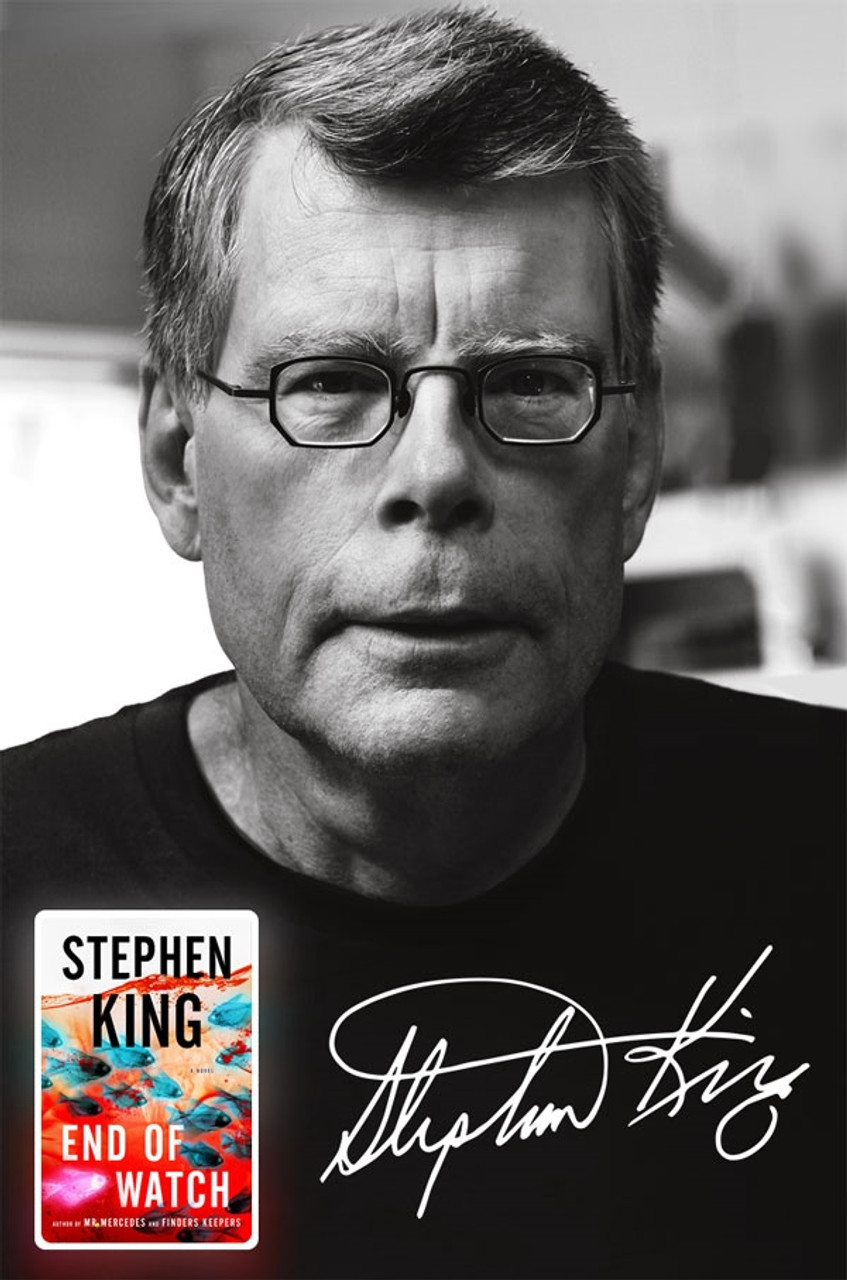 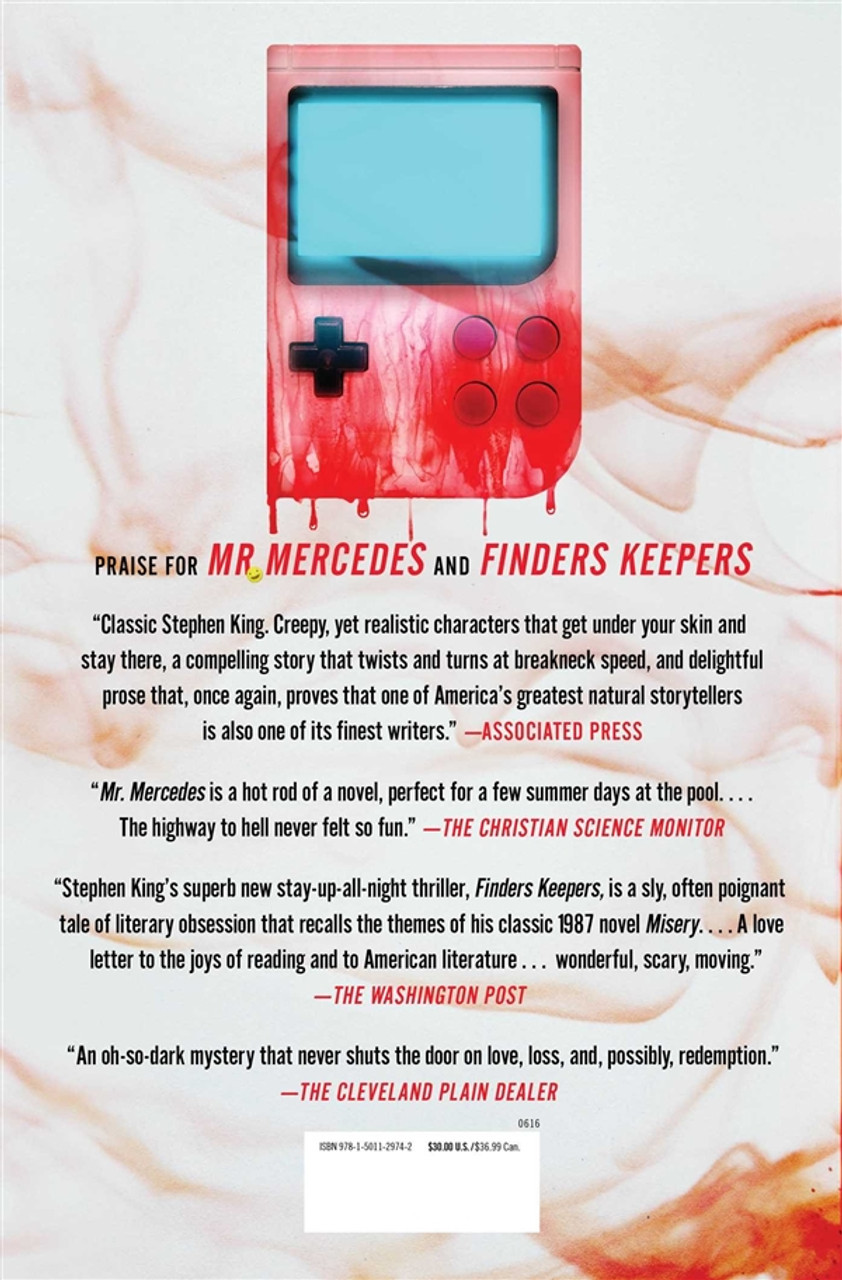 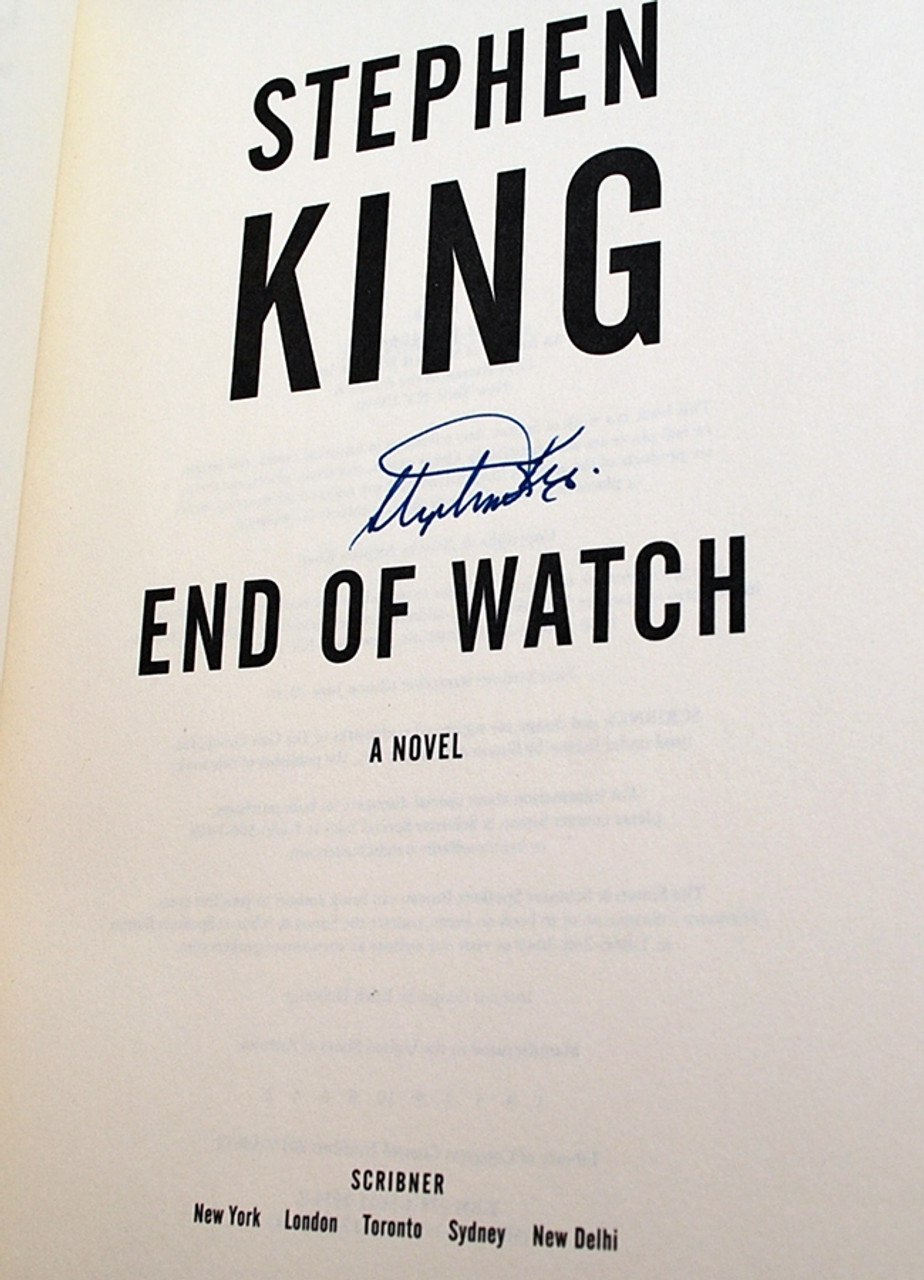 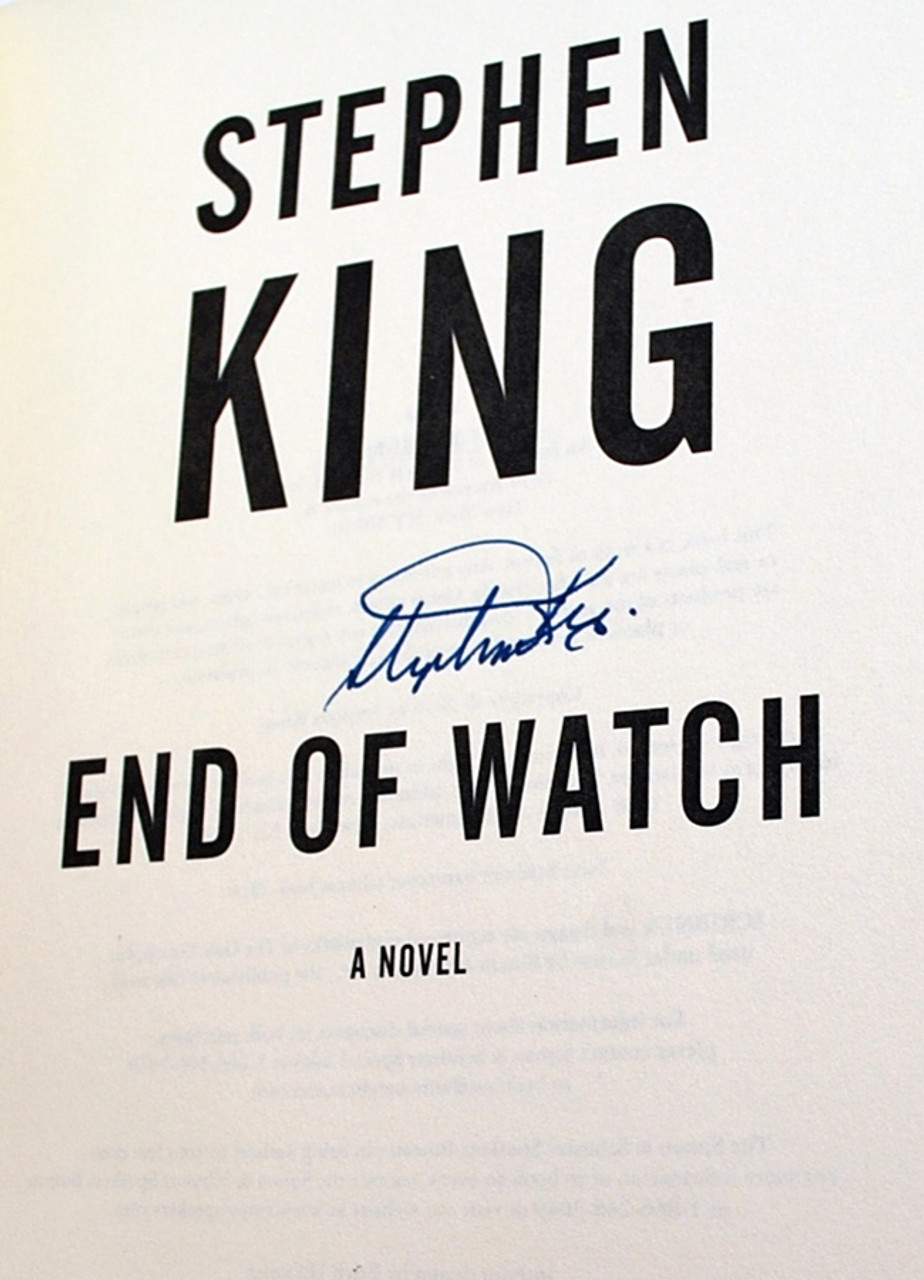 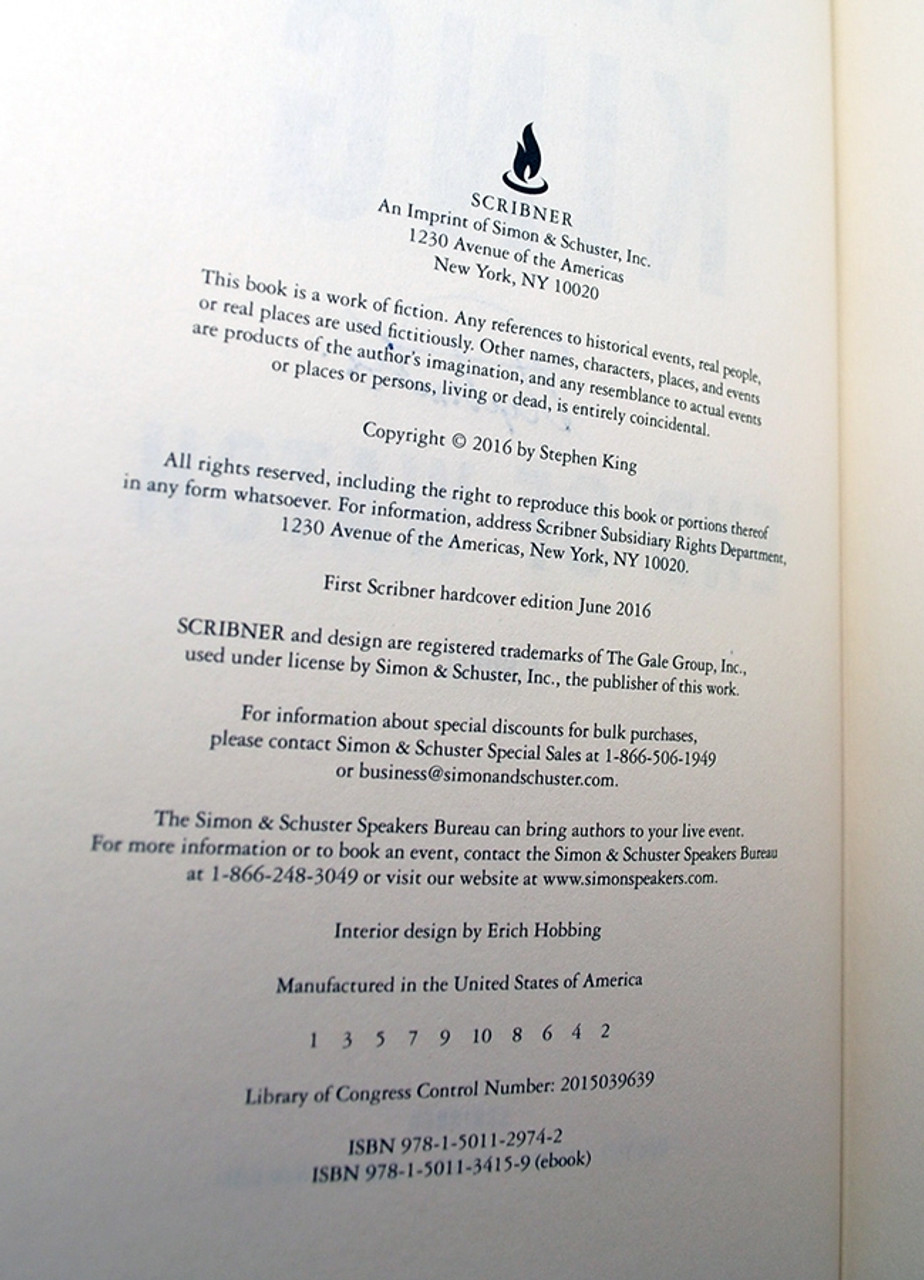 Scribner 2016. Stephen King "End of Watch: A Novel (The Bill Hodges Trilogy)" Hardcover with dust-jacket. Signed First edition, first printing. The third book in The Bill Hodges Trilogy series. 448 pages. ISBN-10: 1501129740. This particular book was obtained in person during the official book tour for End Of Watch. Be one of the very first Stephen King collectors to own a signed first edition of End Of Watch.


About End Of Watch

The spectacular finale to the New York Times bestselling trilogy that began with Mr. Mercedes (winner of the Edgar Award) and Finders Keepers—In End of Watch, the diabolical “Mercedes Killer” drives his enemies to suicide, and if Bill Hodges and Holly Gibney don’t figure out a way to stop him, they’ll be victims themselves.

In Room 217 of the Lakes Region Traumatic Brain Injury Clinic, something has awakened. Something evil. Brady Hartsfield, perpetrator of the Mercedes Massacre, where eight people were killed and many more were badly injured, has been in the clinic for five years, in a vegetative state. According to his doctors, anything approaching a complete recovery is unlikely. But behind the drool and stare, Brady is awake, and in possession of deadly new powers that allow him to wreak unimaginable havoc without ever leaving his hospital room.

Retired police detective Bill Hodges, the unlikely hero of Mr. Mercedes and Finders Keepers, now runs an investigation agency with his partner, Holly Gibney—the woman who delivered the blow to Hartsfield’s head that put him on the brain injury ward. When Bill and Holly are called to a suicide scene with ties to the Mercedes Massacre, they find themselves pulled into their most dangerous case yet, one that will put their lives at risk, as well as those of Bill’s heroic young friend Jerome Robinson and his teenage sister, Barbara. Brady Hartsfield is back, and planning revenge not just on Hodges and his friends, but on an entire city.

In End of Watch, Stephen King brings the Hodges trilogy to a sublimely terrifying conclusion, combining the detective fiction of Mr. Mercedes and Finders Keepers with the heart-pounding, supernatural suspense that has been his bestselling trademark. The result is an unnerving look at human vulnerability and chilling suspense. No one does it better than King.

Stephen King is the author of more than fifty books, all of them worldwide bestsellers. His recent work includes Doctor Sleep and Under the Dome, now a major TV miniseries on CBS. His novel 11/22/63 was named a top ten book of 2011 by The New York Times Book Review and won the Los Angeles Times Book Prize for Mystery/Thriller as well as the Best Hardcover Book Award from the International Thriller Writers Association. He is the recipient of the 2003 National Book Foundation Medal for Distinguished Contribution to American Letters. He lives in Bangor, Maine, with his wife, novelist Tabitha King.

“As in Misery and TheShining, King swan dives into the looniness lurking at both ends of thewriter-reader transaction…the narrative hums and roars along like ahigh-performance vehicle…a rip-snortingentertainment; one that also works as a sneaky-smart satire of literarycriticism and how even the most attentive readers can often miss the wholepoint.” (Kirkus Reviews, starred review)

"The new book is so good, being at least mildly obsessed with it is understandable. The finest thing about it, however, is that the author has another story to tell before the finale of this excellent series.” (USA Today)

"Classic Stephen King. Creepy, yet realistic characters that get under your skin and stay there, a compelling story that twists and turns at breakneck speed, and delightful prose that, once again, proves that one of America’s greatest natural storytellers is also one of its finest writers." (Associated Press)

“Think of Mr. Mercedes as an AC/DC song: uncluttered, chugging with momentum, and a lot harder to pull off than it looks. . . . King has written a hot rod of a novel,perfect for a few summer days at the pool. Mercedes-Benz commands drivers to demand ‘the best or nothing.’ In pop-fiction terms, that motto still applies to Stephen King, too. With apologies to AC/DC, the highway to hell never felt so fun.” (Christian Science Monitor)

“No one can create a villain quite like King. . . . [A]ll the elements come together in a very public, potentially explosive finale (with a surprising post script). King fans may find themselves furiously turning pages long into the night.” (Seattle Times)


Praise for End of Watch

“King has dealt before with this novel’s different themes—endowment with dangerous supernatural powers, the zombifying effect of modern consumer electronics—but he finds fresh approaches to them and inventive ways to introduce them in the lives of his recurring cast of sympathetic characters, whose pains and triumphs the reader feels. King’s legion of fans will find this splice of mystery and horror a fitting finale to his Bill Hodges trilogy.” (Publishers Weekly, STARRED review)

The condition is of the highest quality. There are no markings, stamps, writings, or tears. No attached bookplates or indication of any removed. The dust-jacket is now protected in a brand new Mylar archival sleeve.

This special over-sized (coffee table sized) edition is limited to just 750 copies, each copy personally hand signed by Stephen King along with the illustrator Glenn Chadbourne.Number 747 of only...