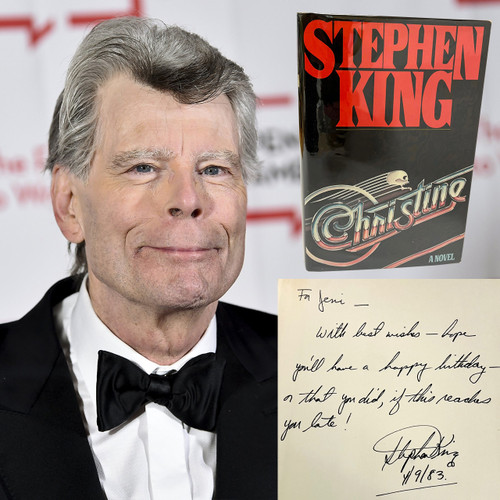 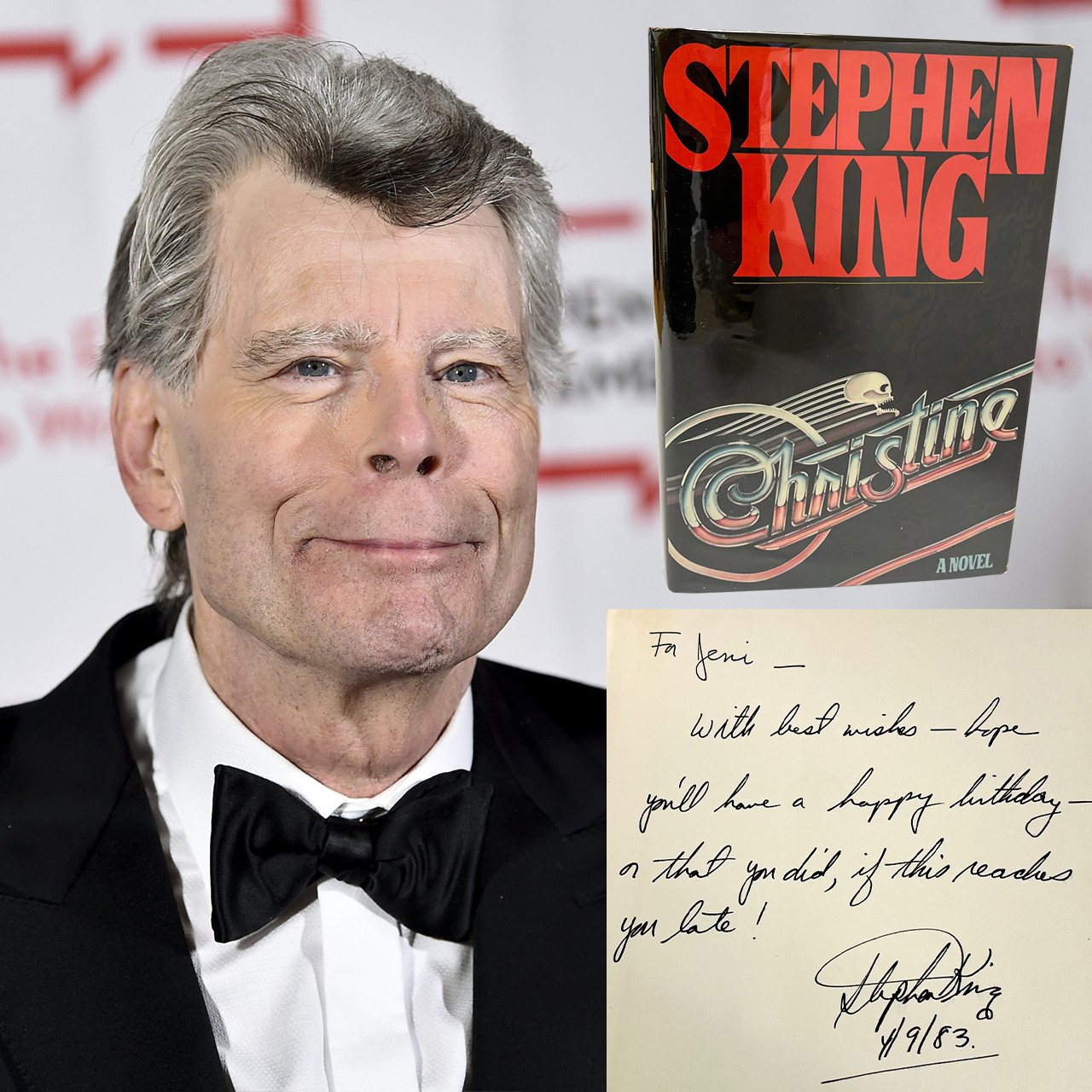 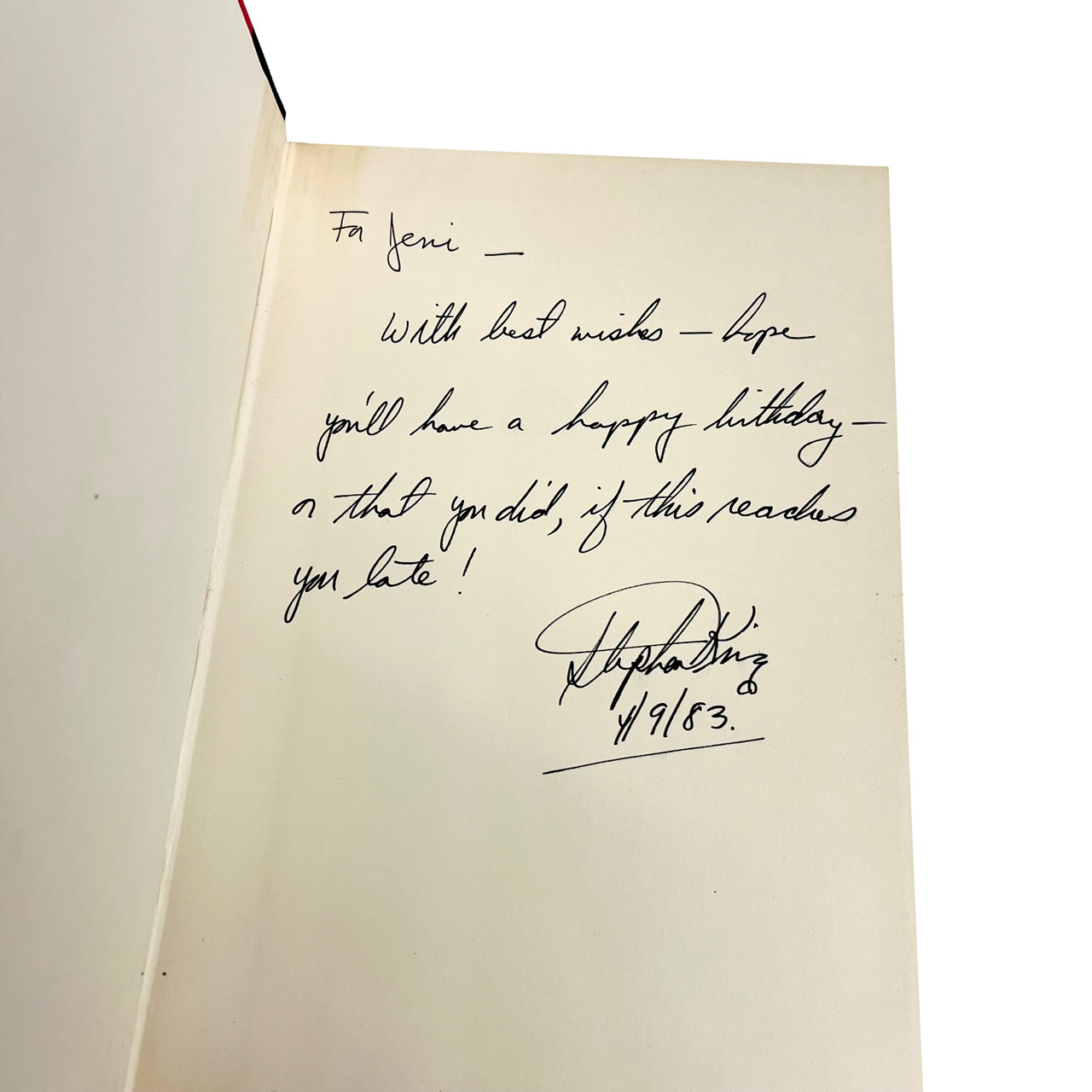 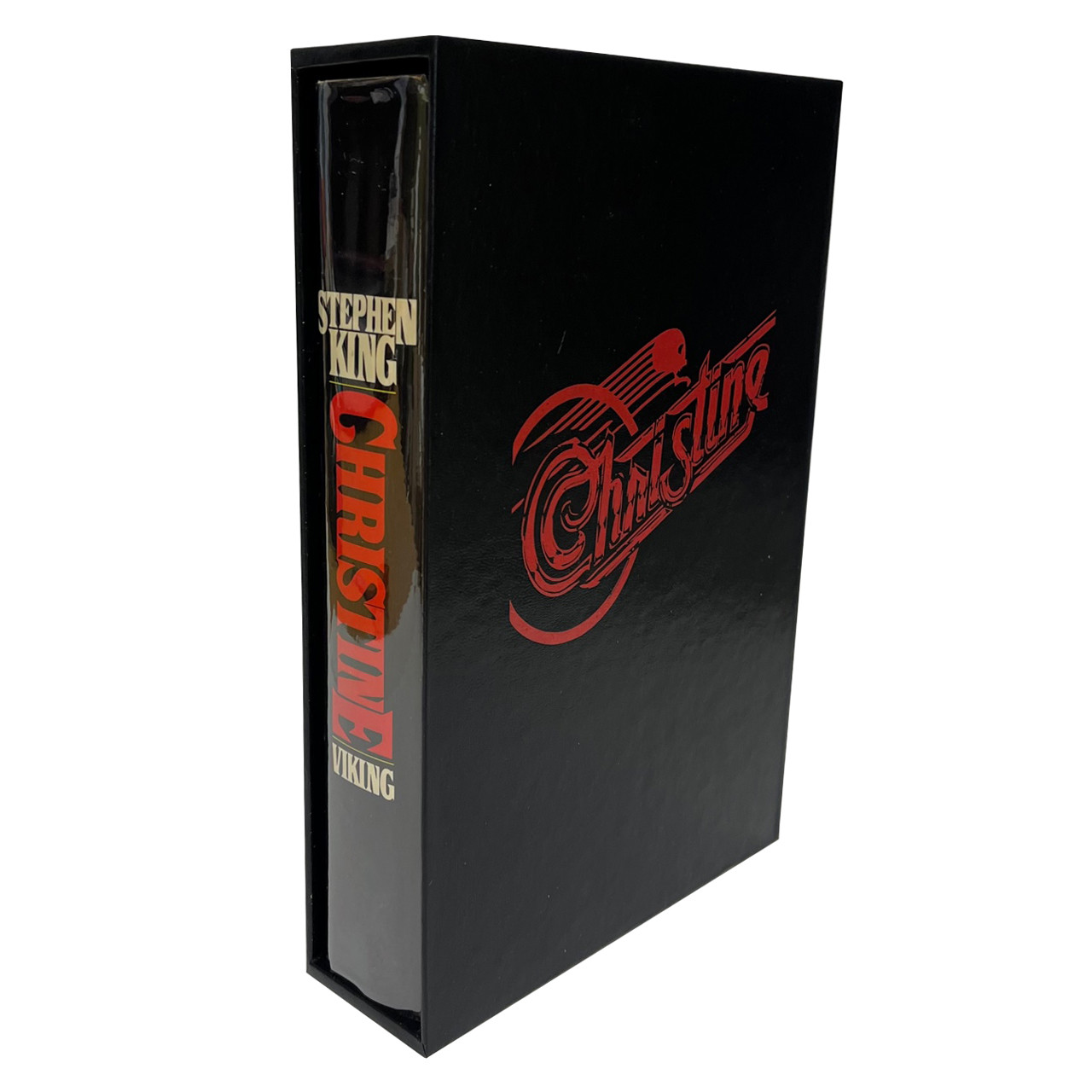 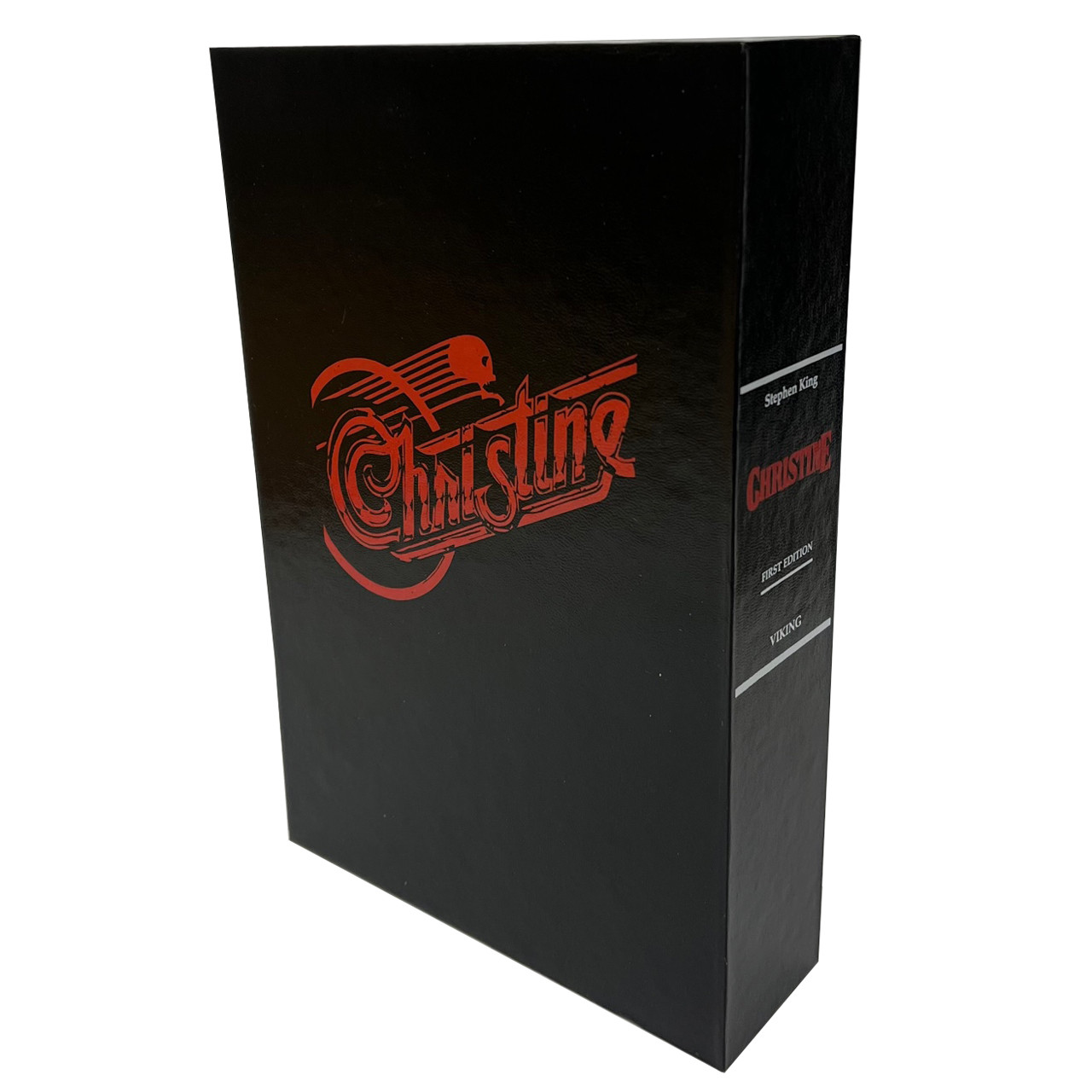 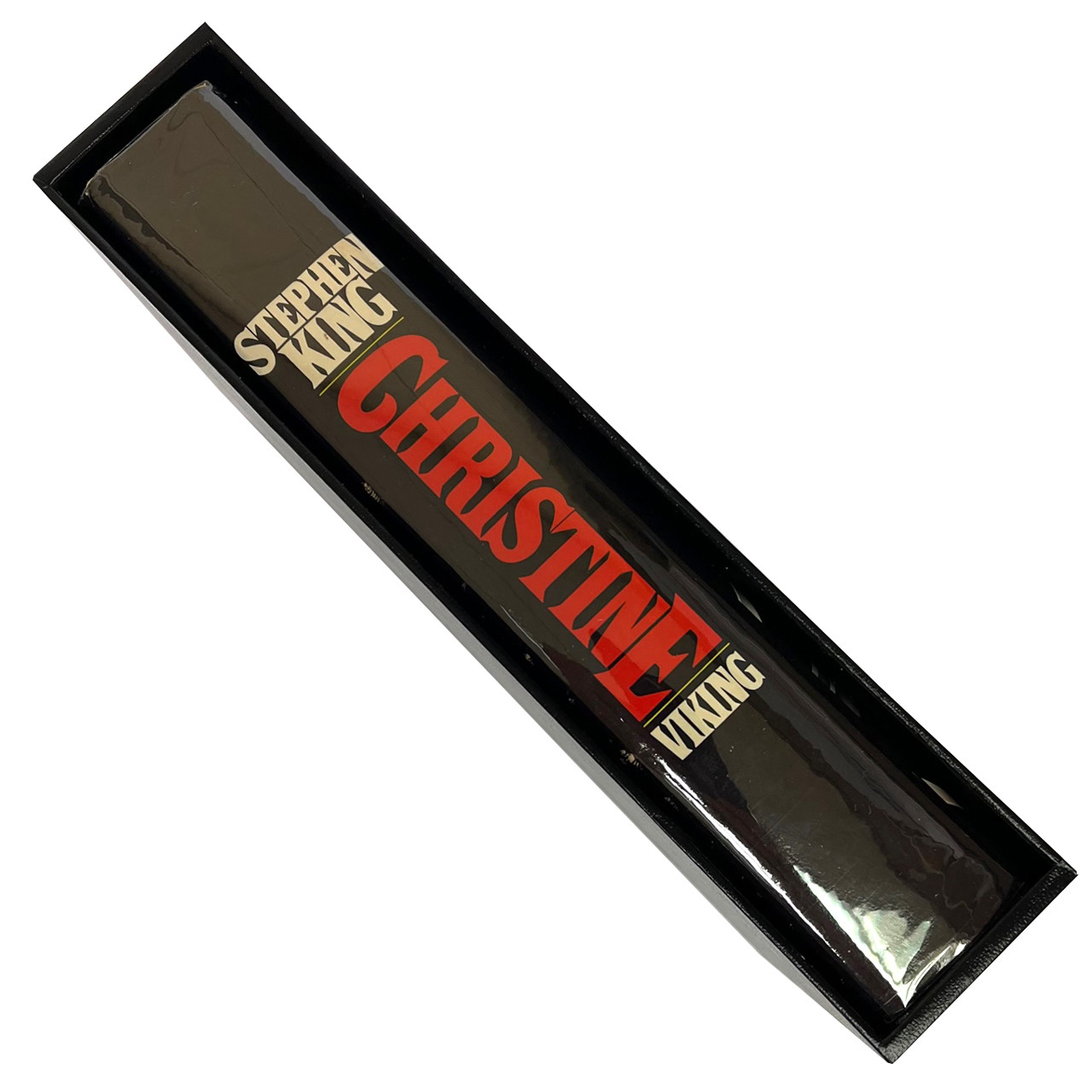 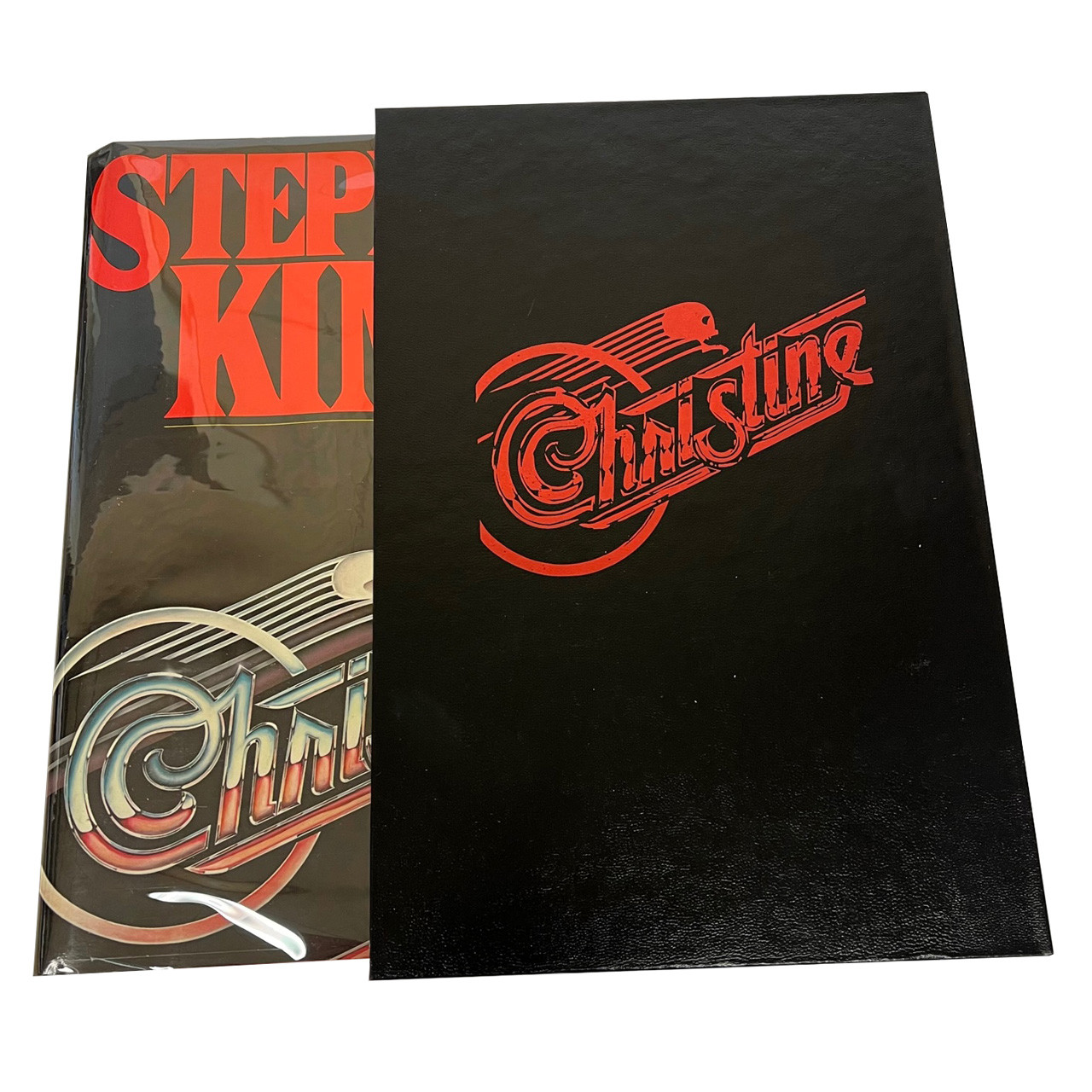 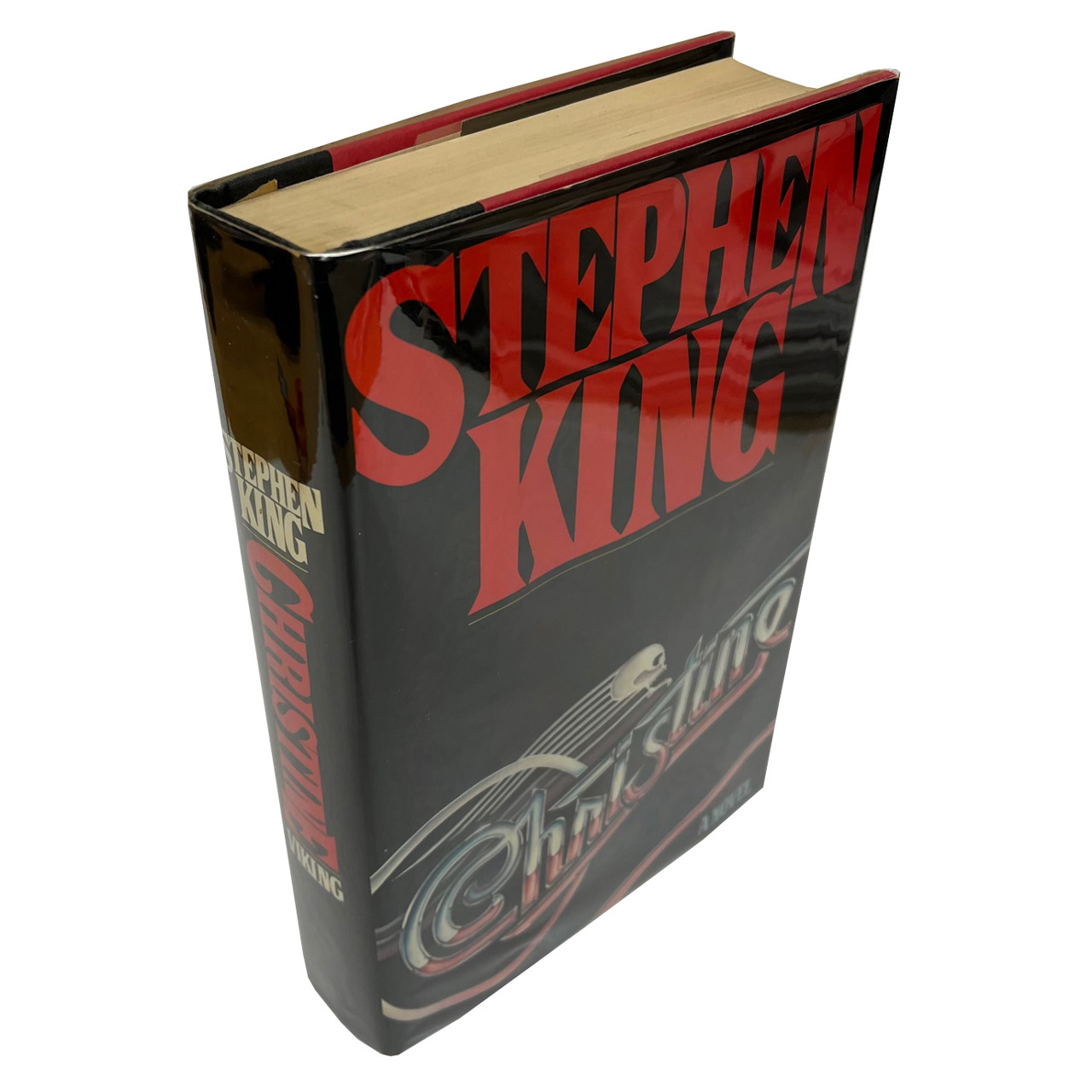 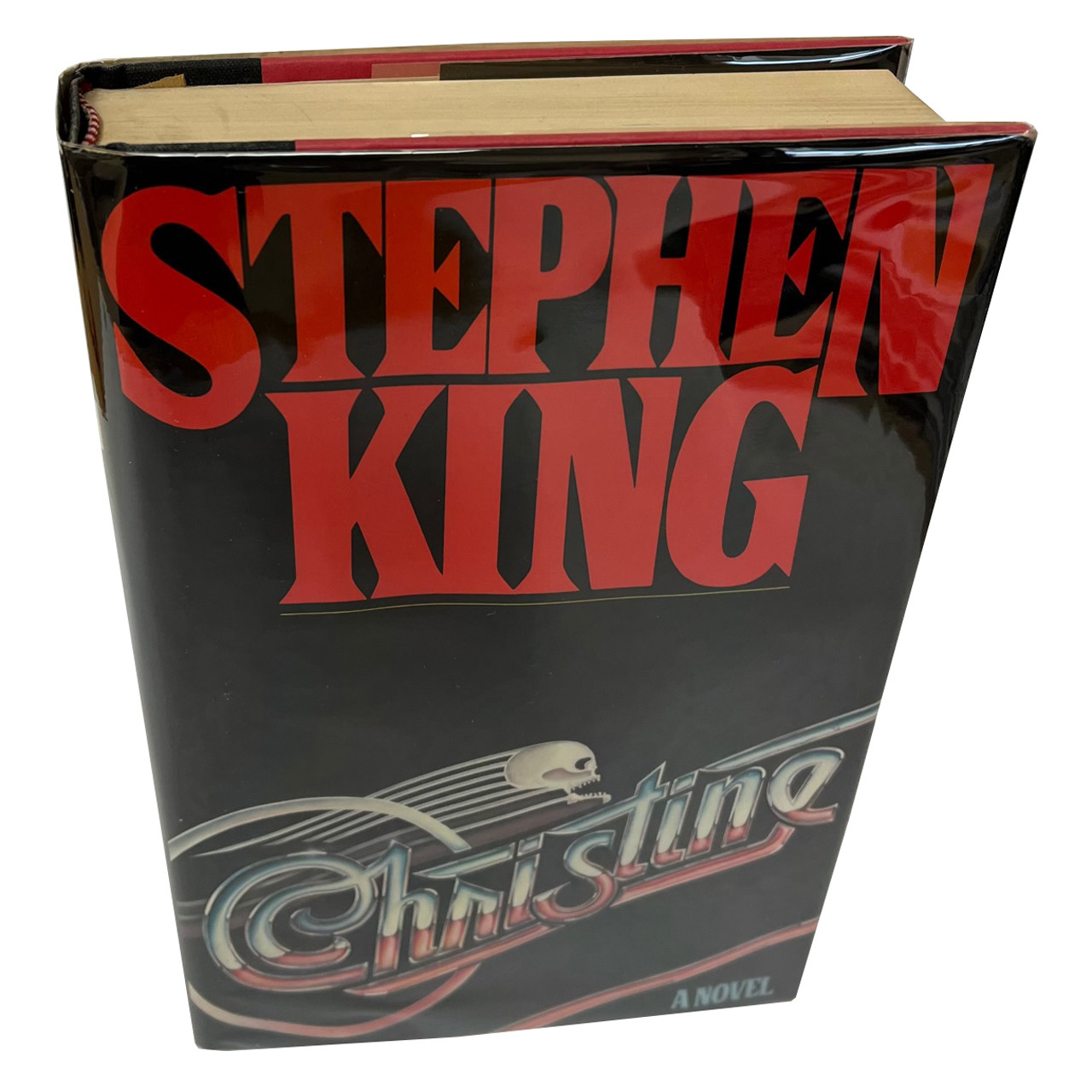 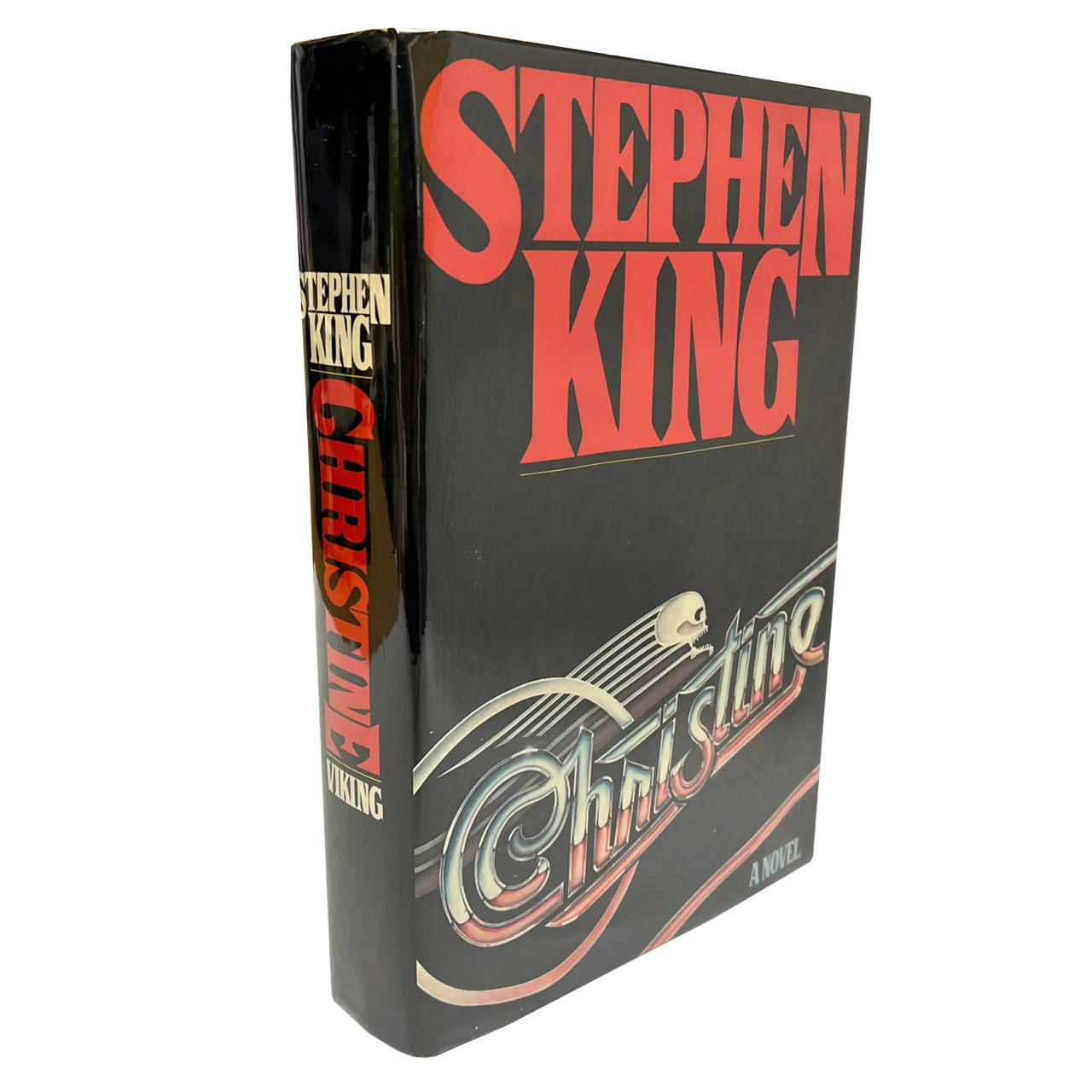 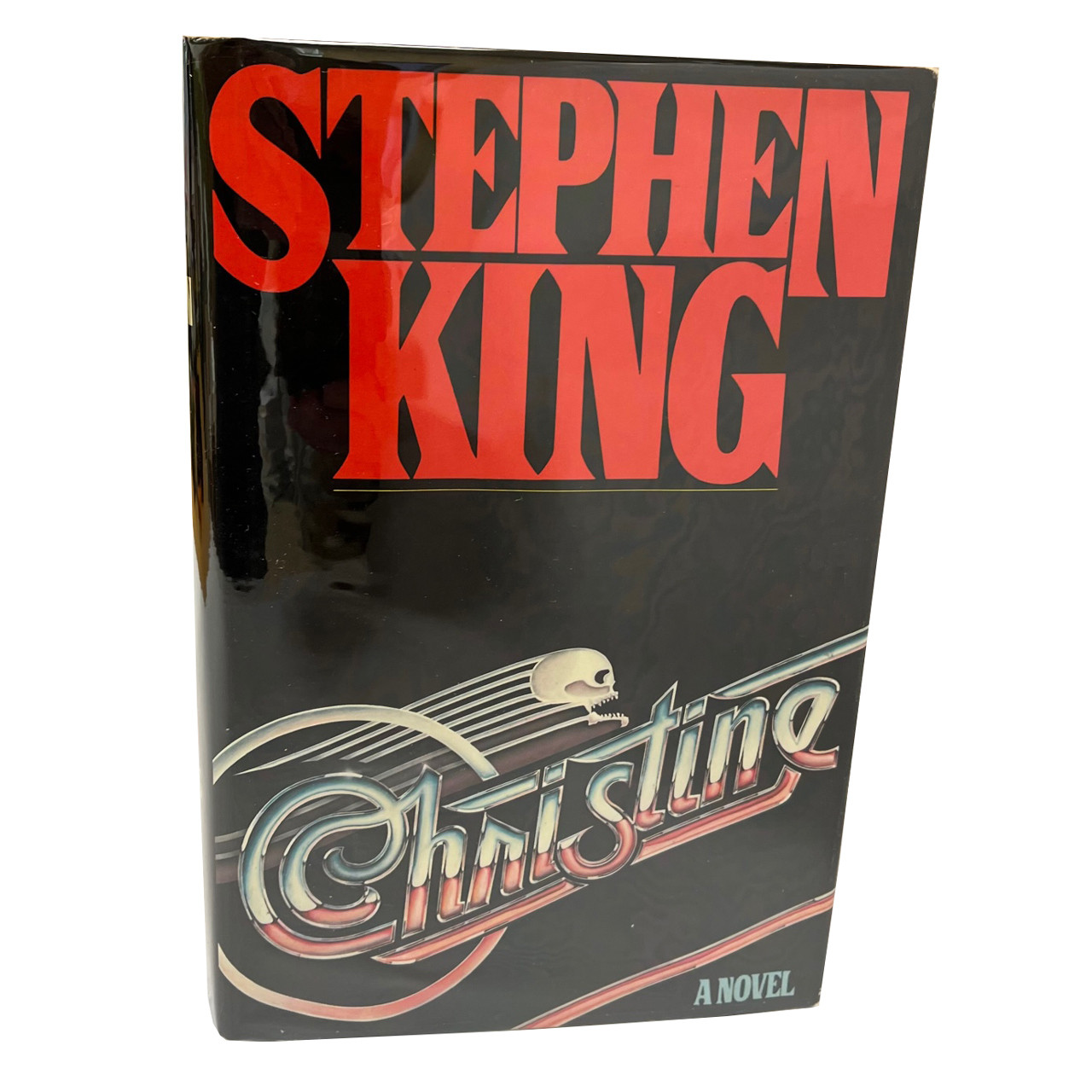 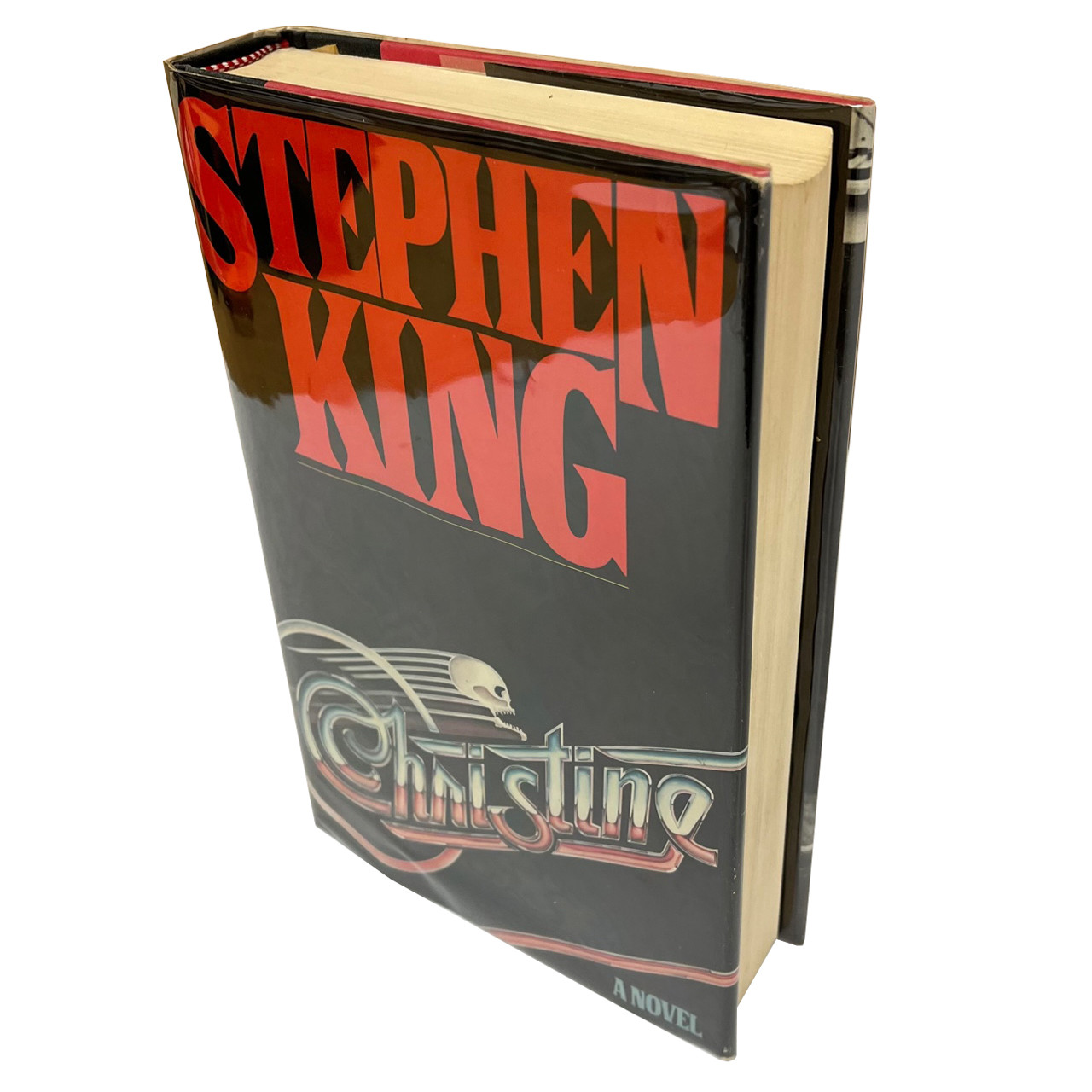 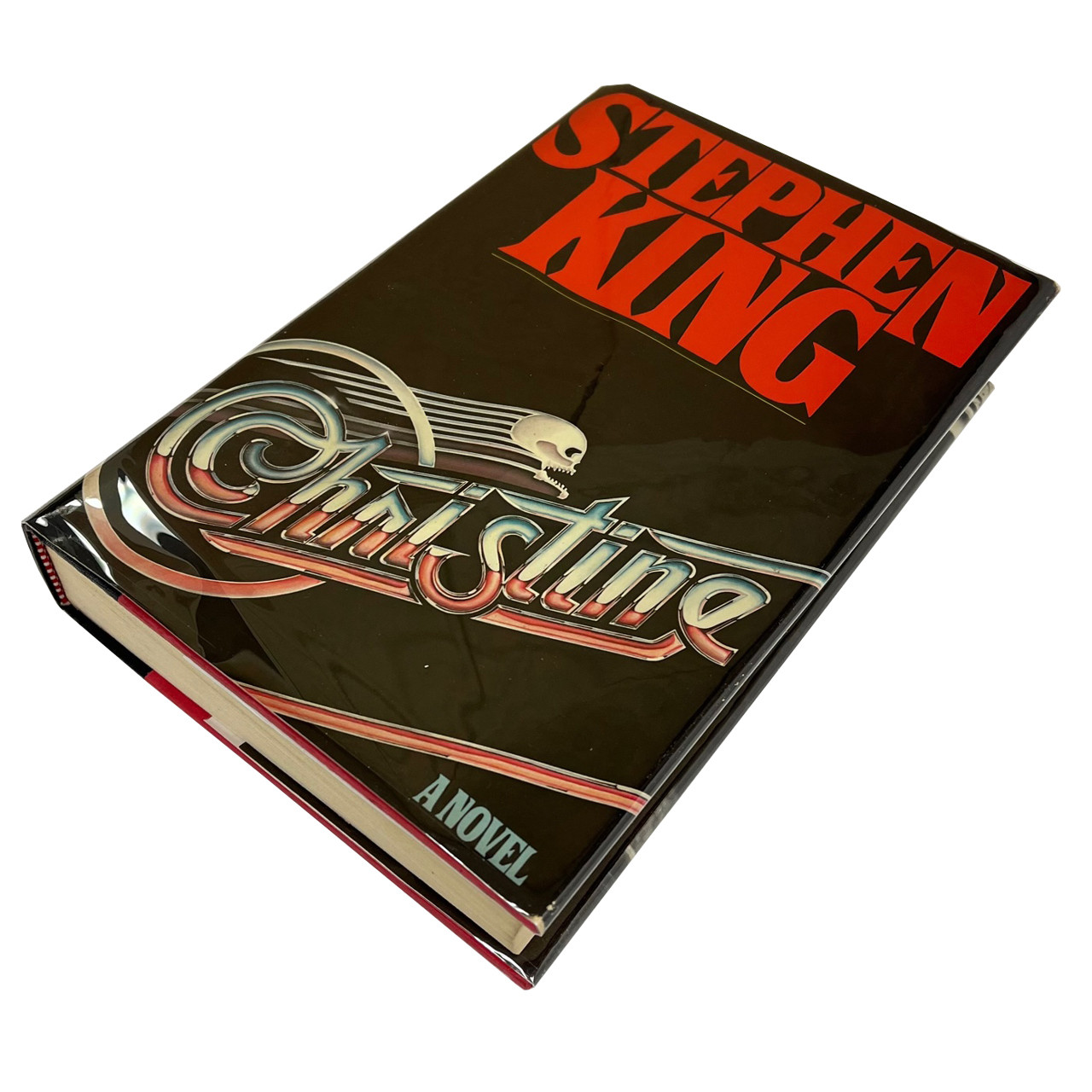 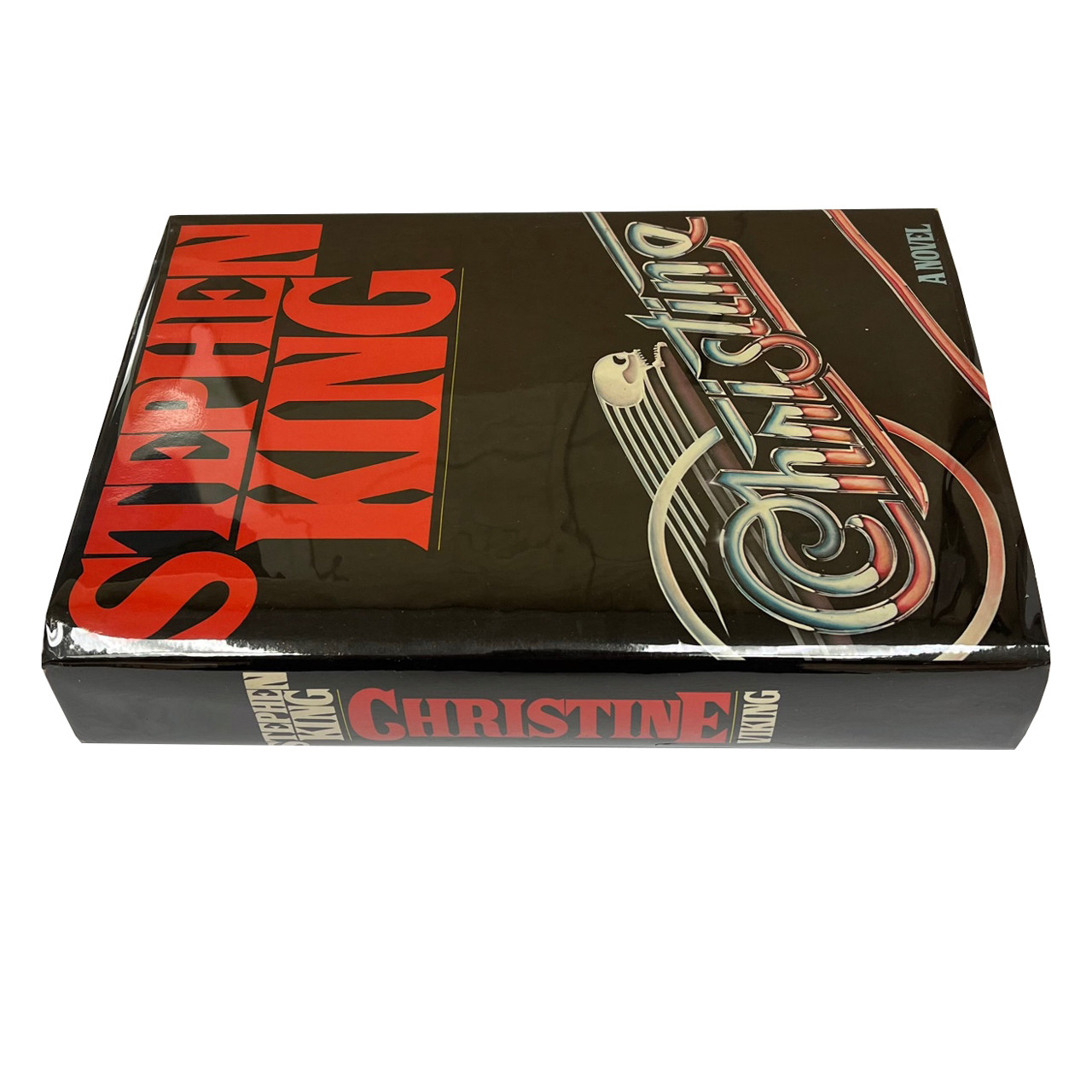 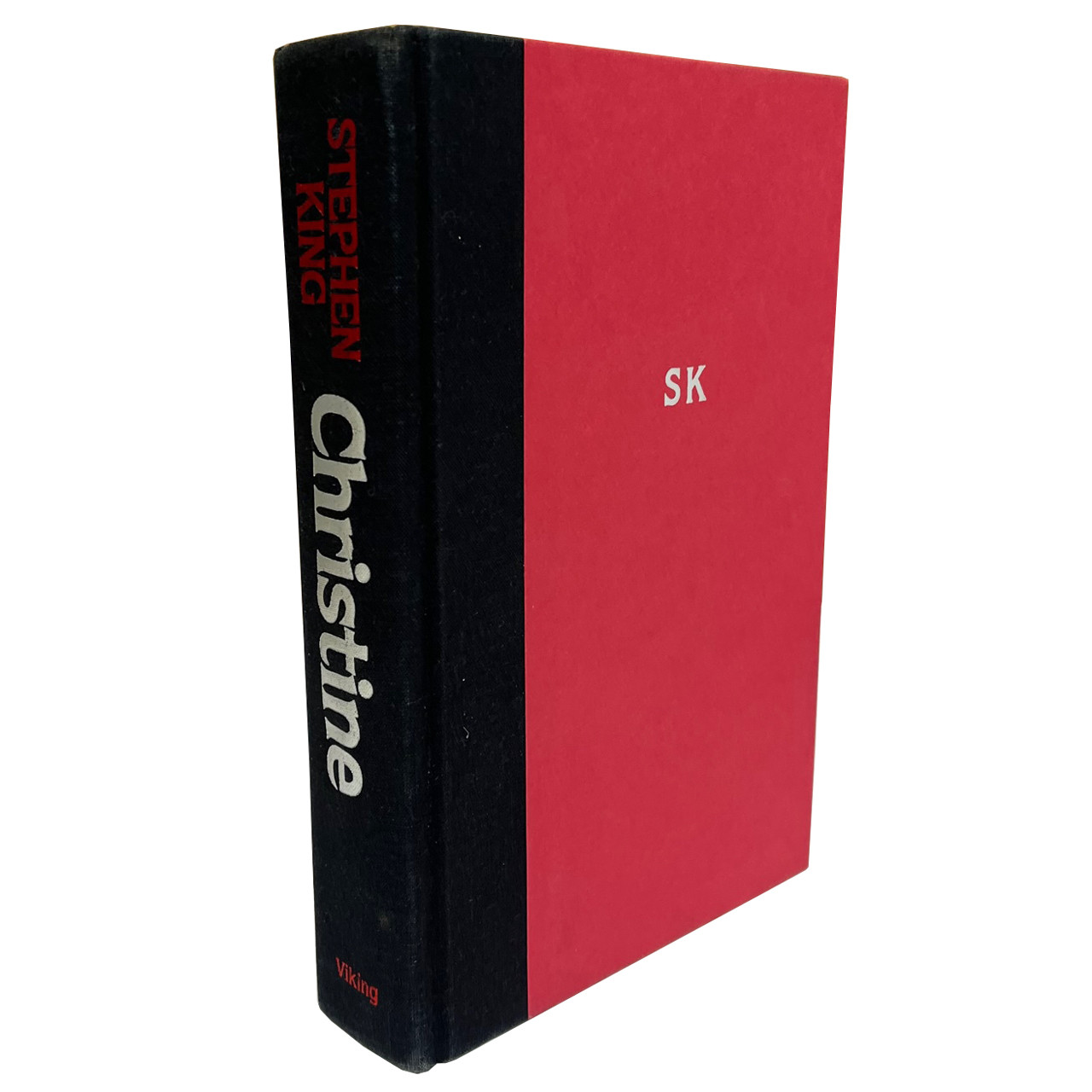 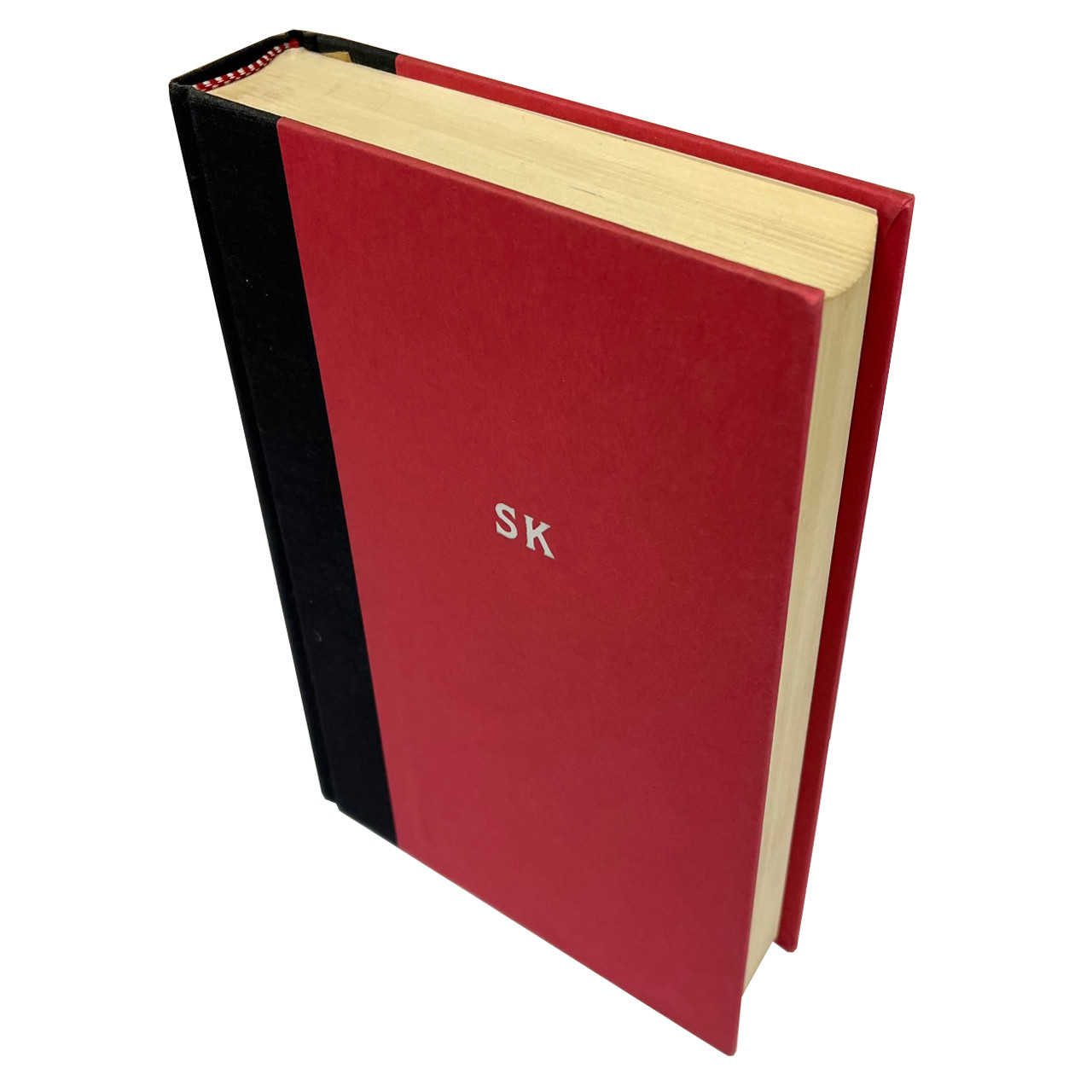 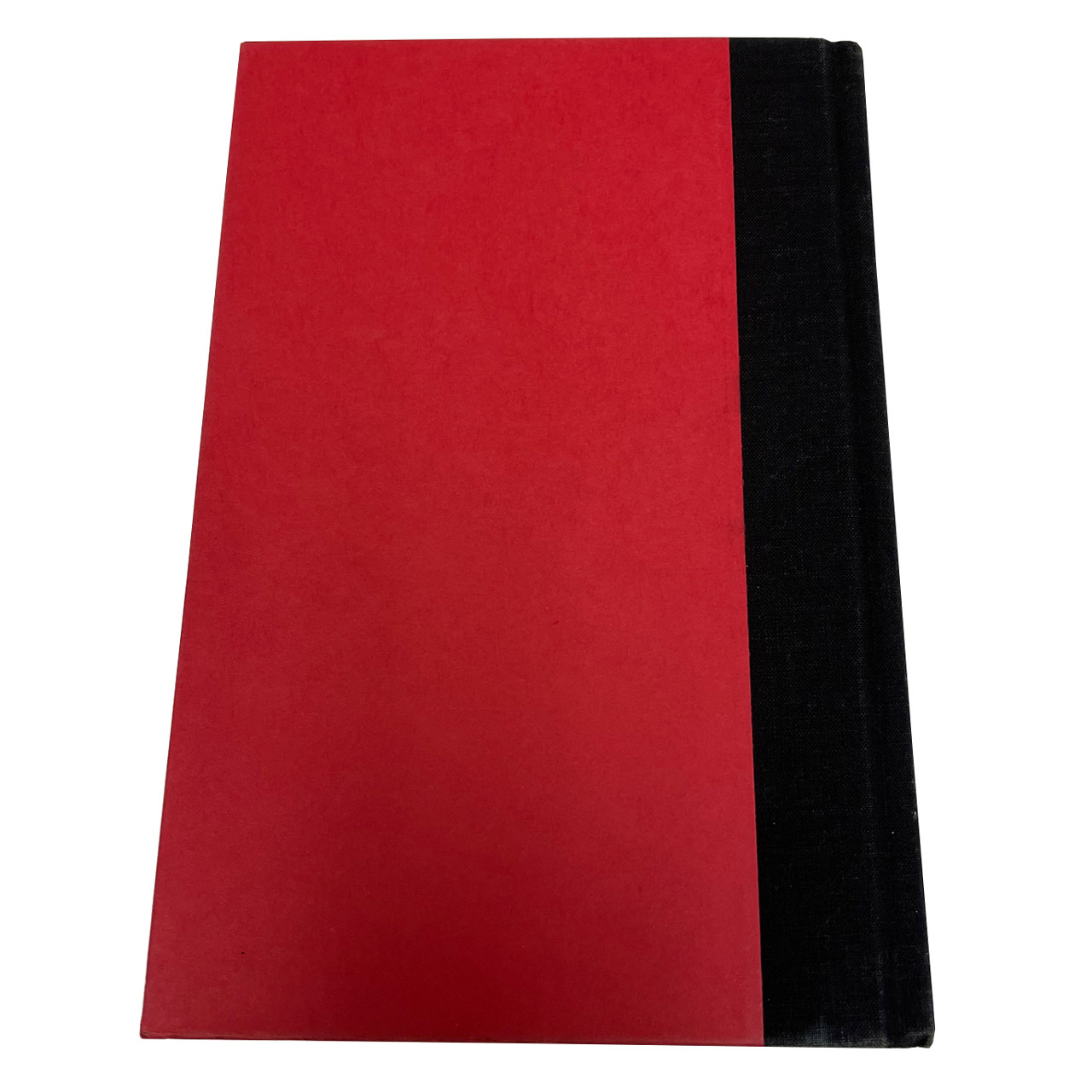 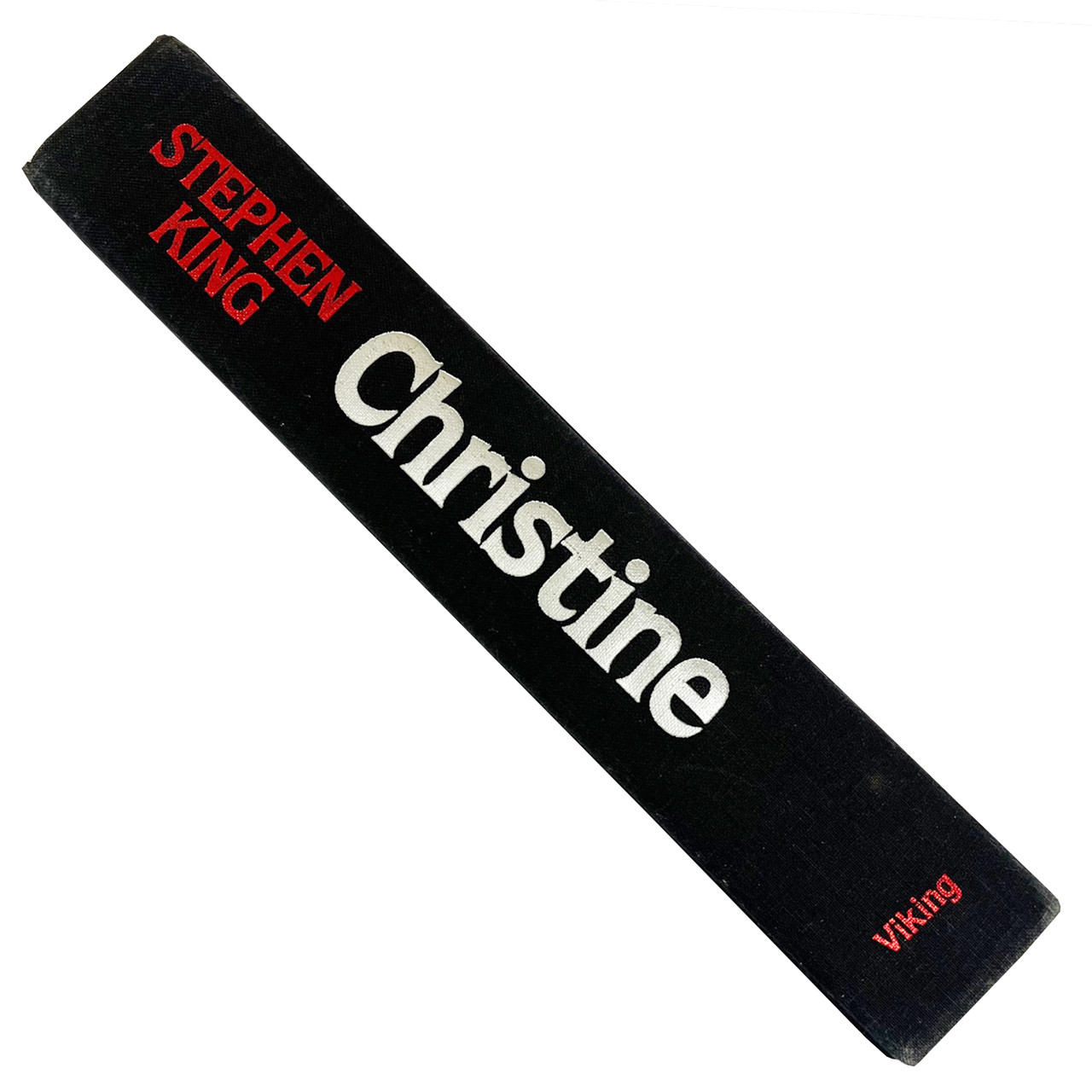 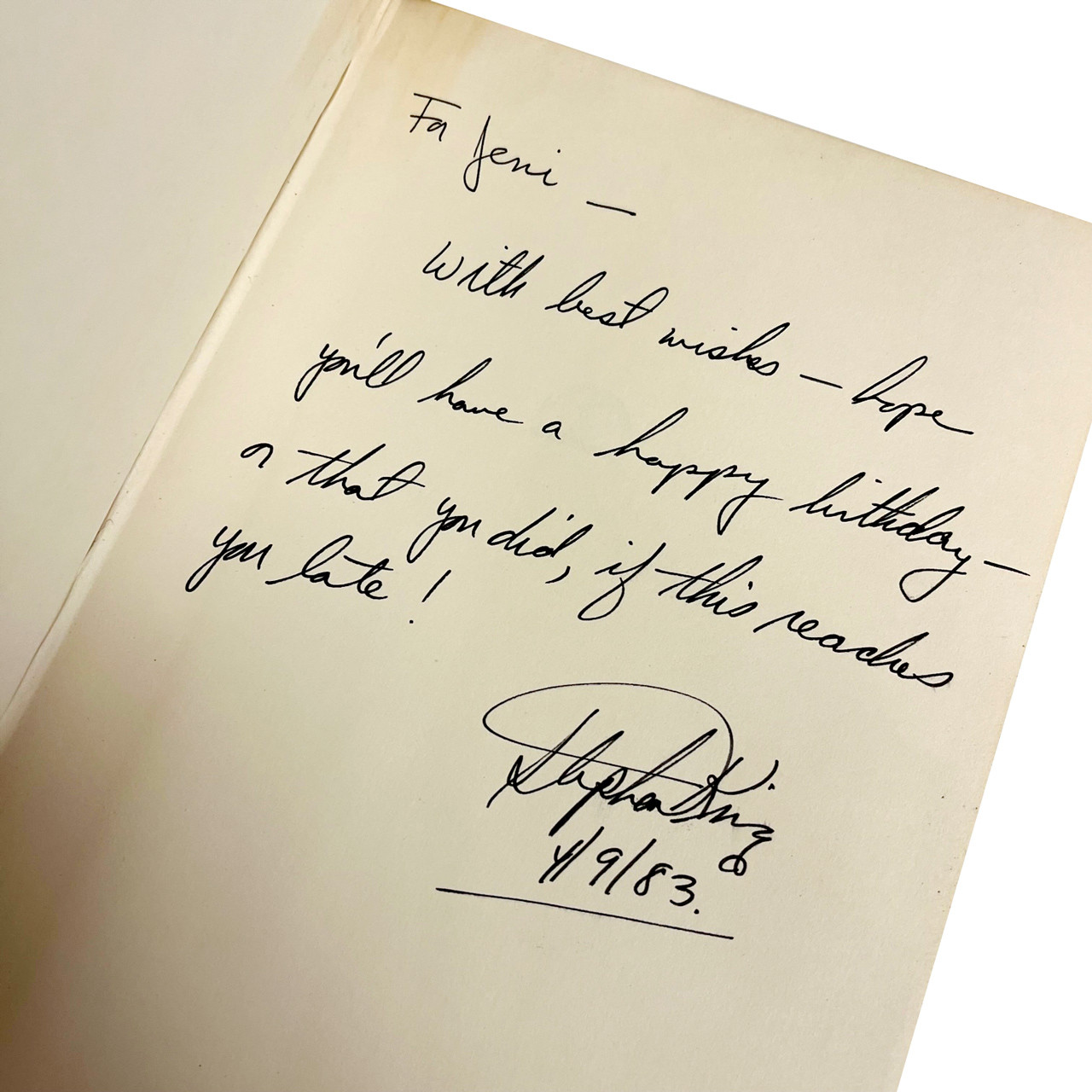 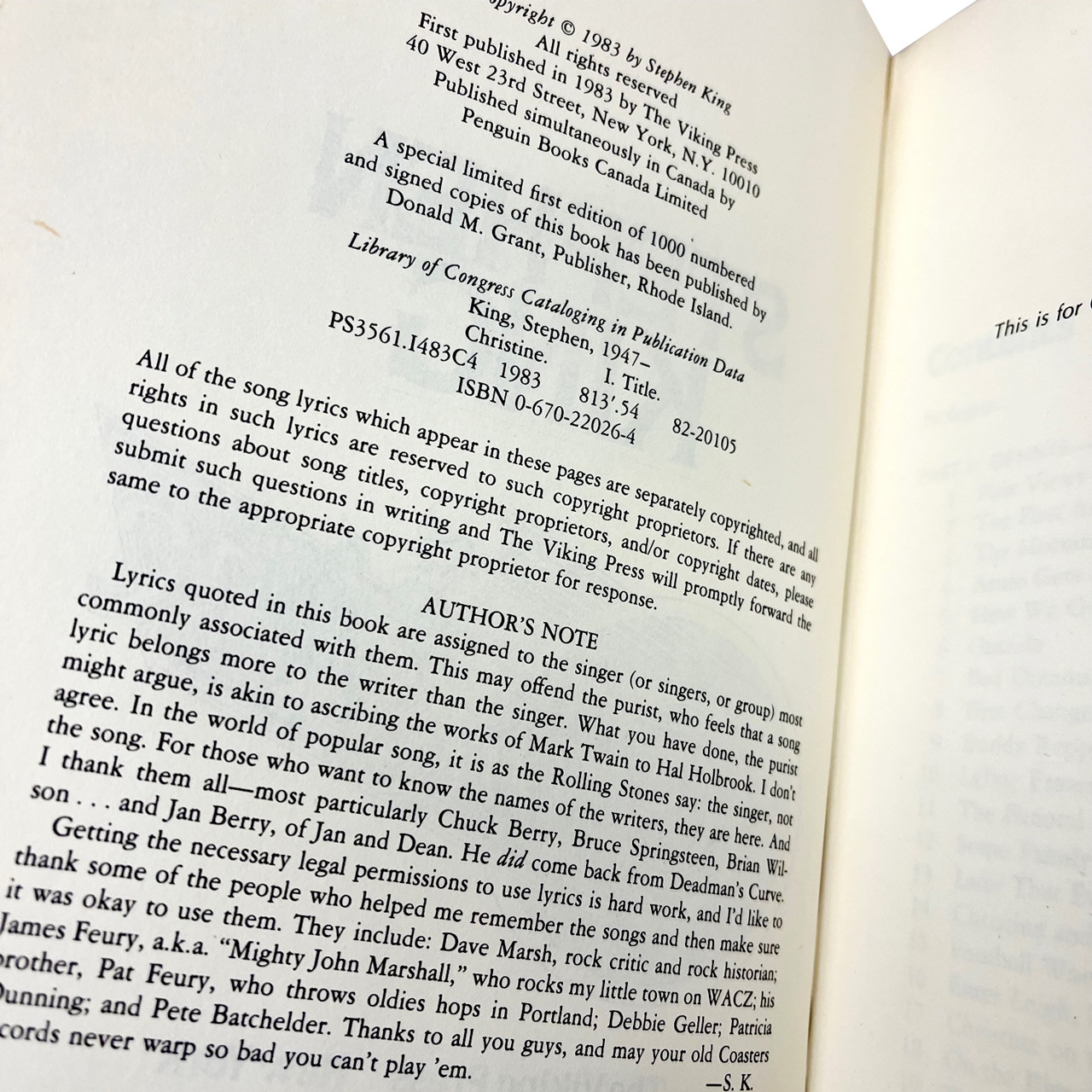 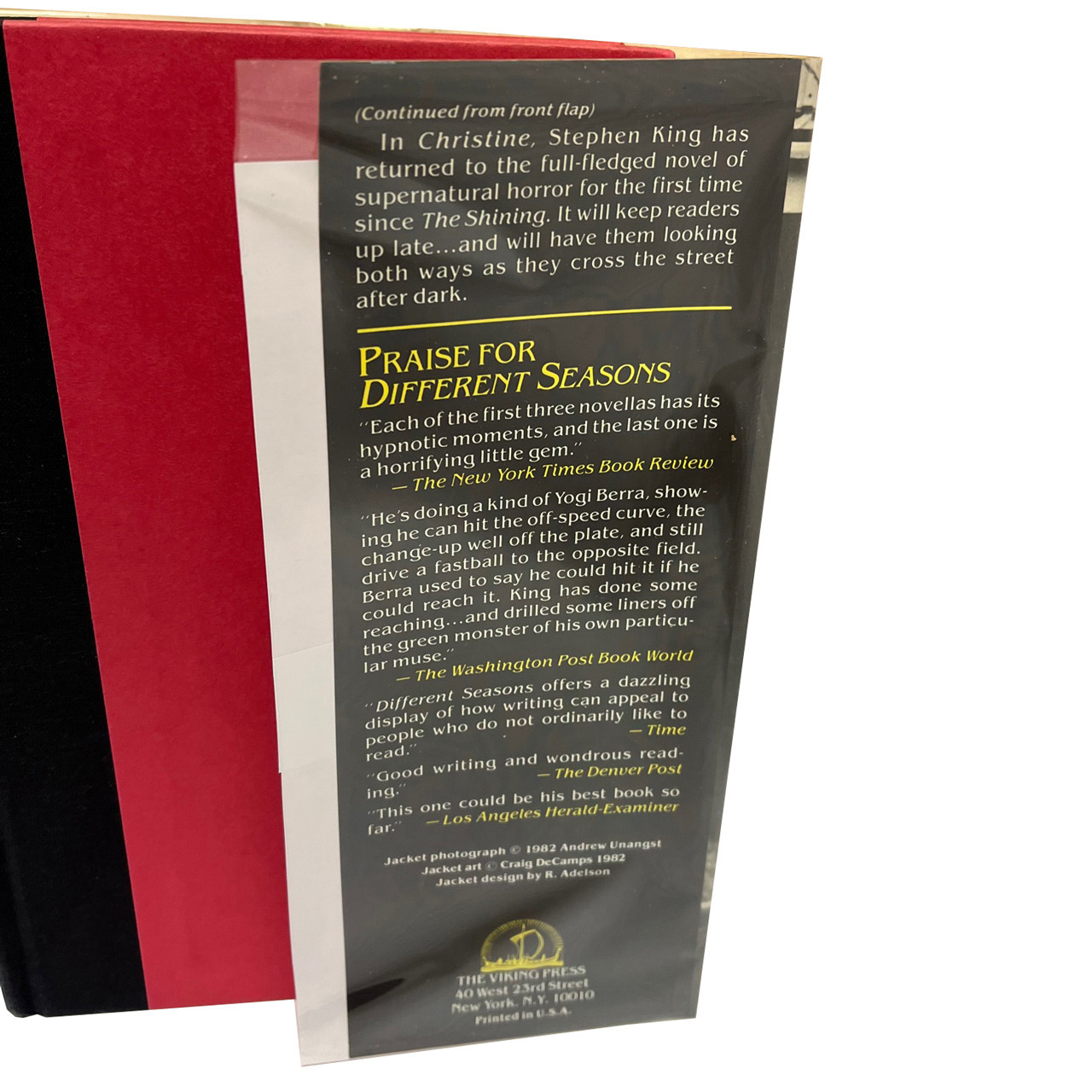 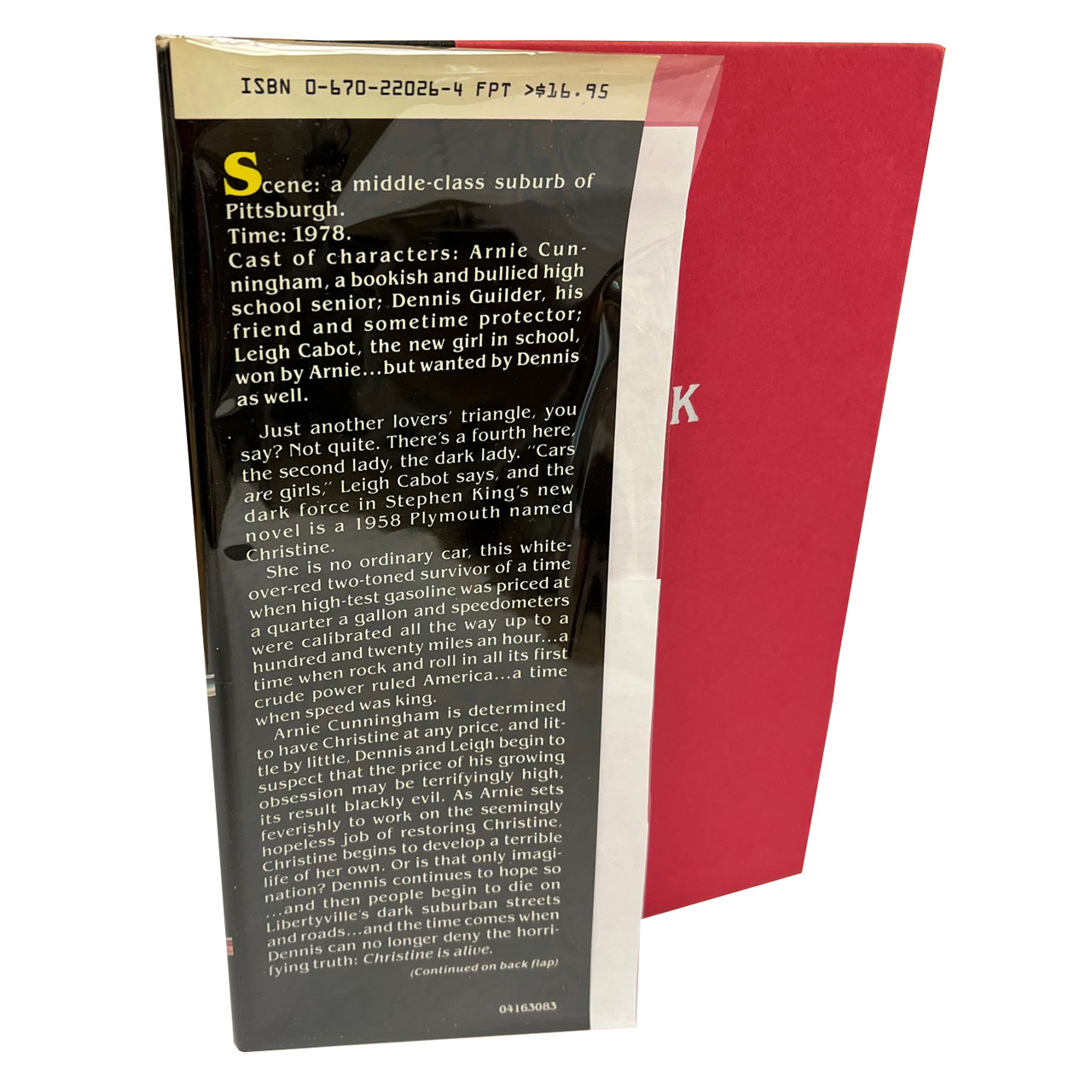 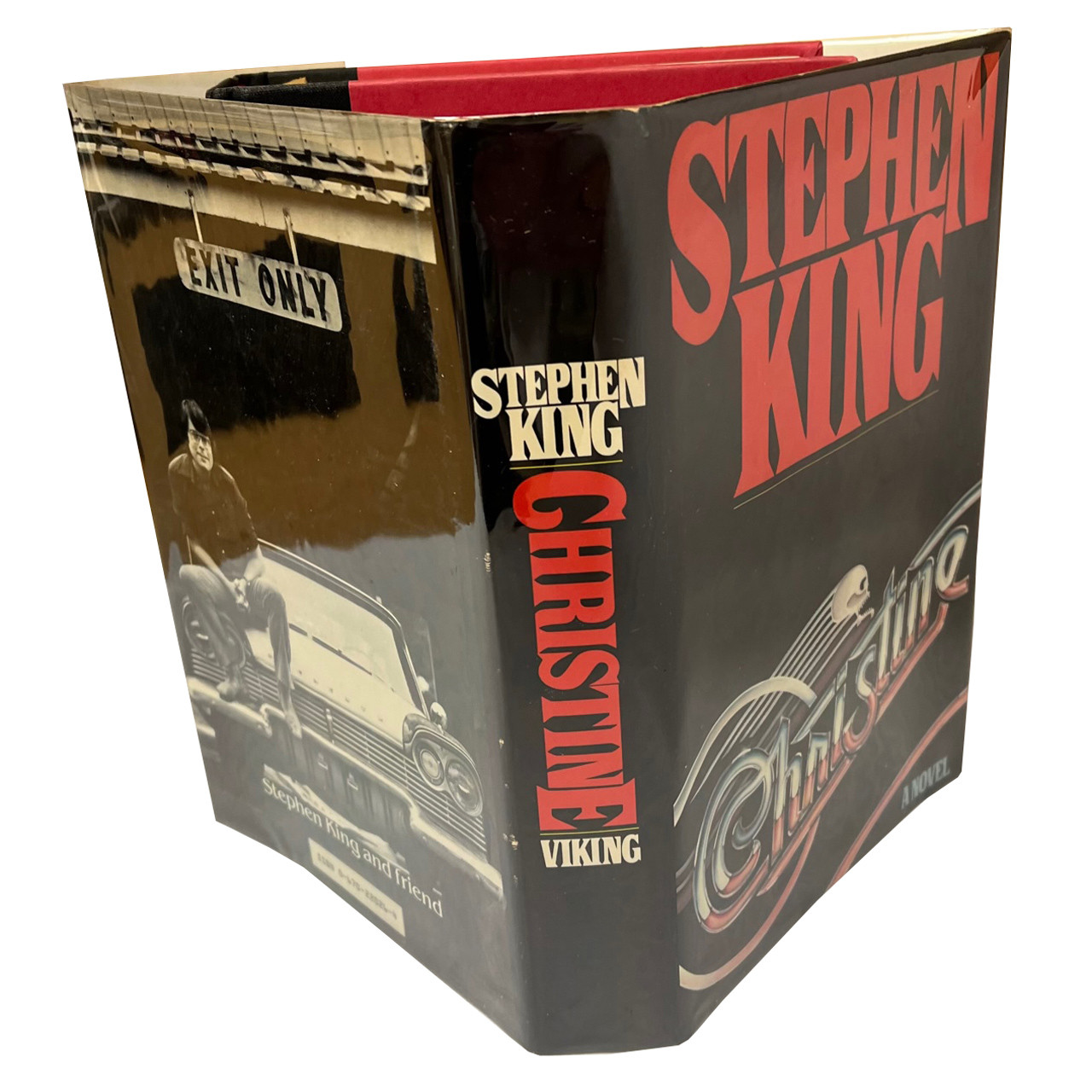 Personally signed and dated by Stephen King on the same month and year as publication! 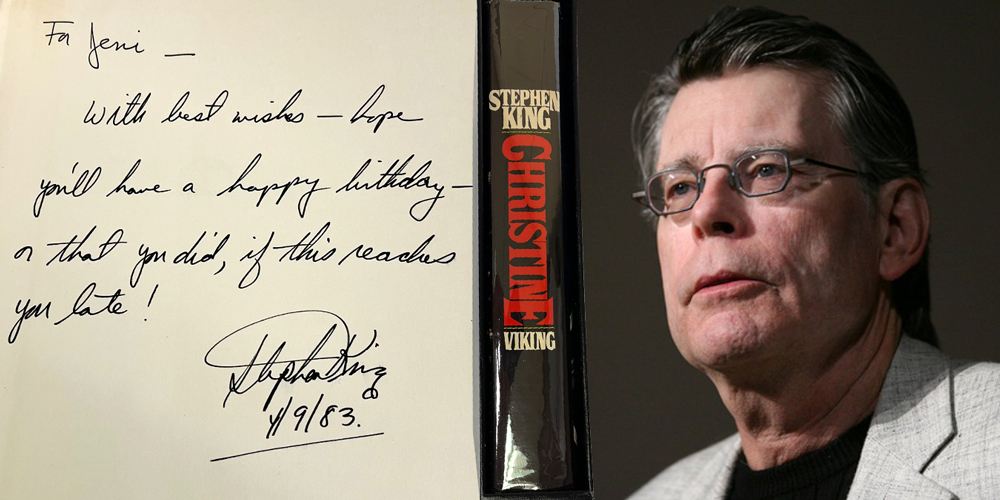 With best wishes - hope you'll have a happy birthday -

on that you did, if this reaches you later!

Christine is a horror novel by Stephen King, published in 1983. It tells the story of an antique automobile apparently possessed by supernatural forces.

In 1983, the movie version of Christine directed by John Carpenter, and starring Keith Gordon, John Stockwell, Alexandra Paul, and Harry Dean Stanton was released to theaters.

* In a The Simpsons Treehouse of Horrors comic there's a segment called Krustine about a car Krusty gives Homer that turns Homer into a monster.

* An episode of The Grim Adventures of Billy and Mandy is a direct parody to Christine, in which Billy obtains a possessed tricycle from a child in a magical port-a-potty.

* Christine is seen as the polar opposite to Herbie The Love Bug, often prompting online discussions between fans of the two cars as to who would win in a race... or a fight.

* In an episode of the animated series The Critic, main character Jay Sherman sang a tribute to women on the silver screen, mentioning "Stephen King's Christine."

* In the video game Grand Theft Auto: Vice City, a fan-made 1958 Plymouth Fury which looks exactly like Christine can be driven. Also, the driver inside is rendered invisible, thus applying the impression that Christine is "demonic" and runs by herself without any driver inside it.

Stephen Edwin King (born September 21, 1947) is an American author of horror, supernatural fiction, suspense, science fiction and fantasy. His books have sold more than 350 million copies, many of which have been adapted into feature films, miniseries, television series, and comic books. King has published 58 novels, including seven under the pen name Richard Bachman, and six non-fiction books. He has written around 200 short stories, most of which have been published in book collections.
Near Fine hardcover book. No bookplates attached or removed. Sharp corners that are not bumped. Spine graphics clear and not faded. Slight spine curvature to top. Some light superficial marks to page edges. No bookplates attached or indication of any removed. Otherwise a wonderful bright clean copy.
Near Fine dust jacket. Light edge-wear to two extremities. No closed or open tears or creases. The graphics are clear and not faded. The dust-jacket is now protected in a brand new archival acid-free Mylar sleeve.