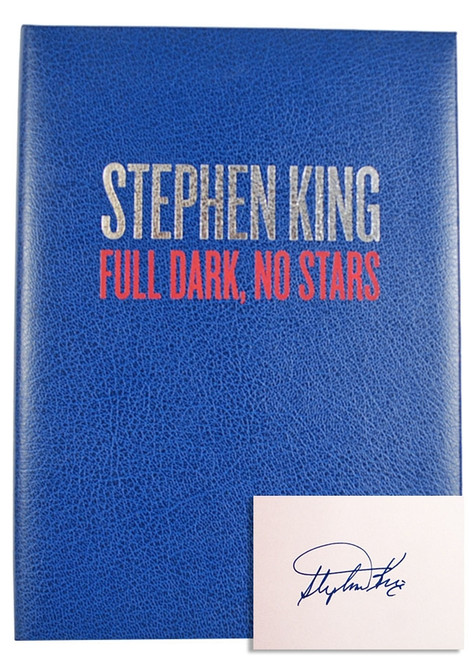 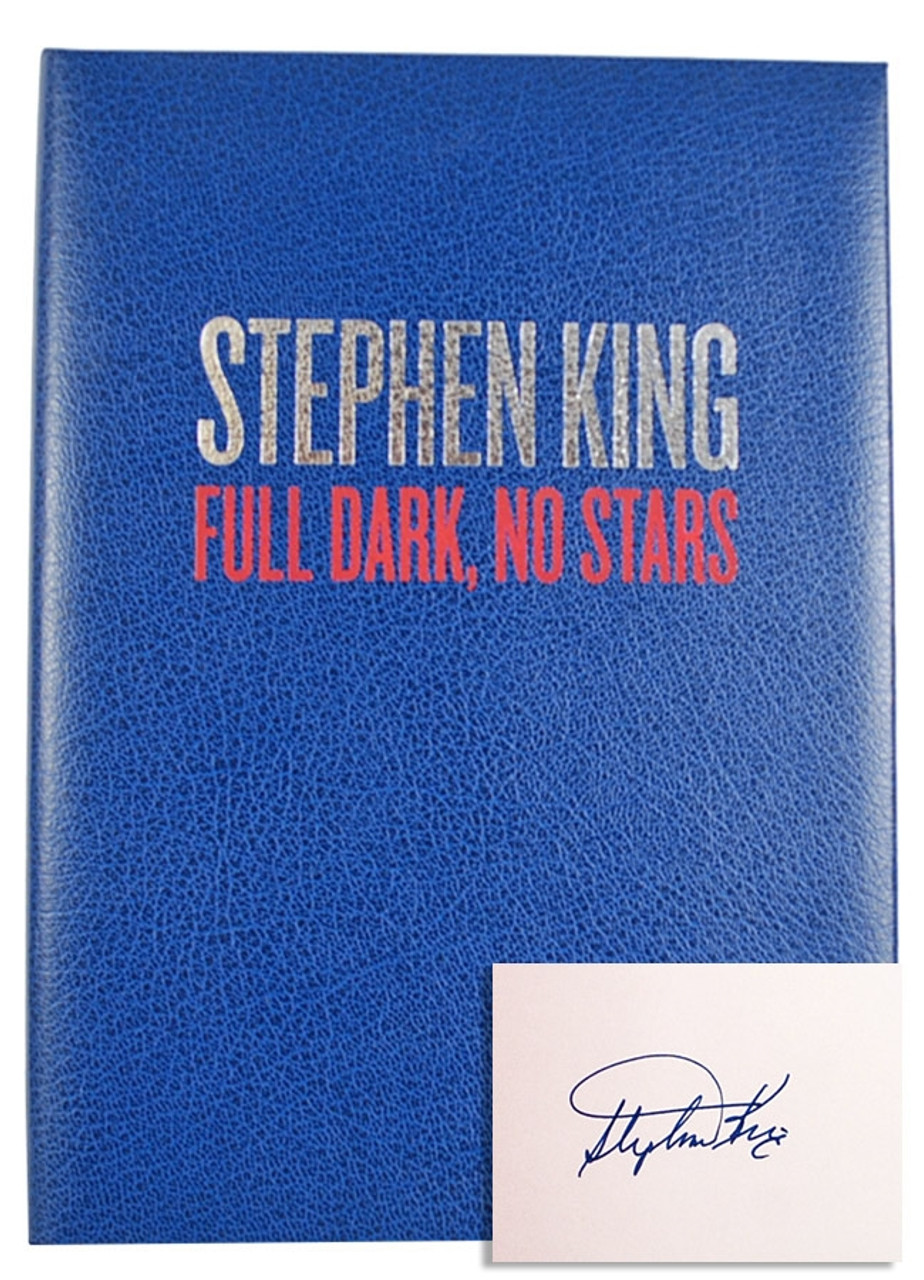 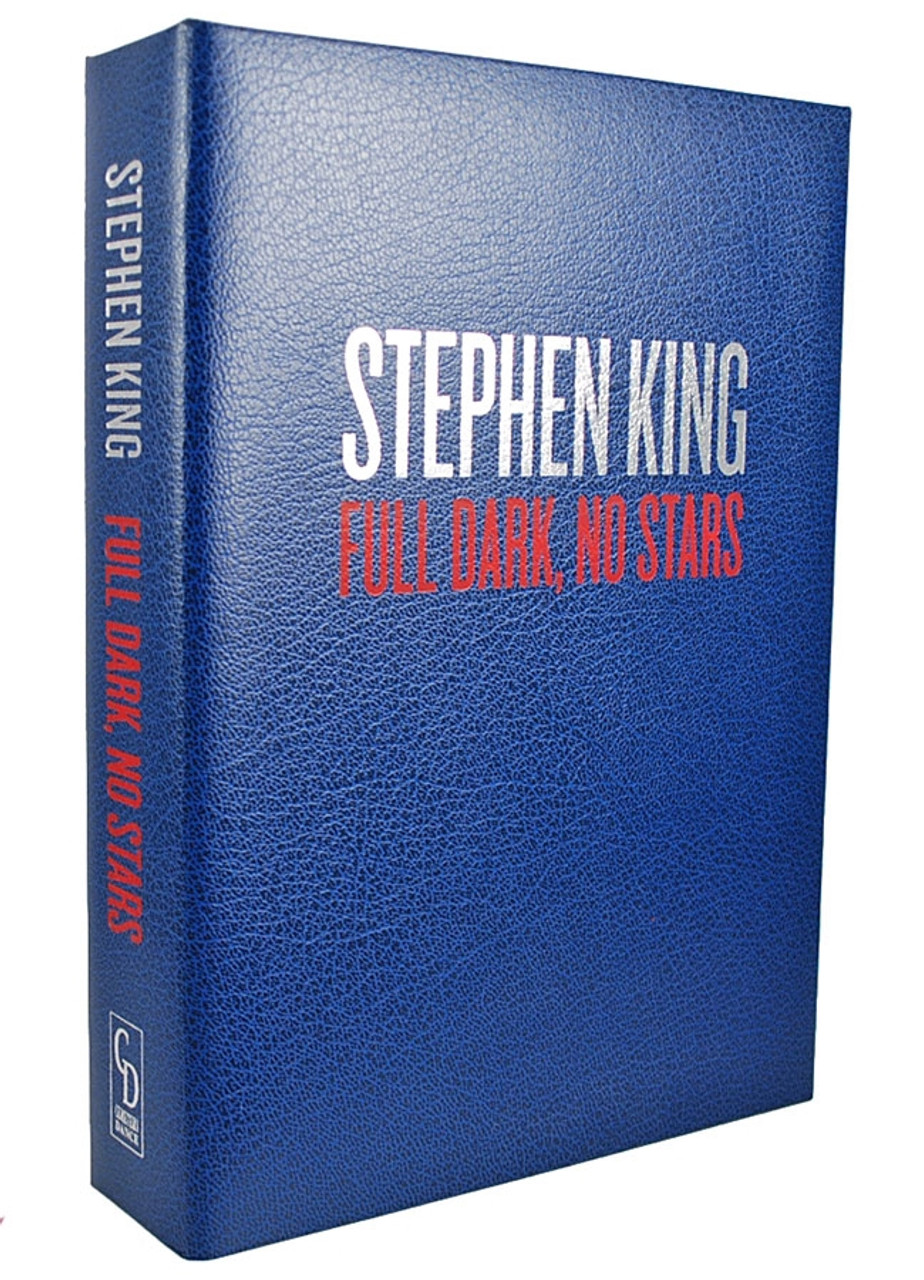 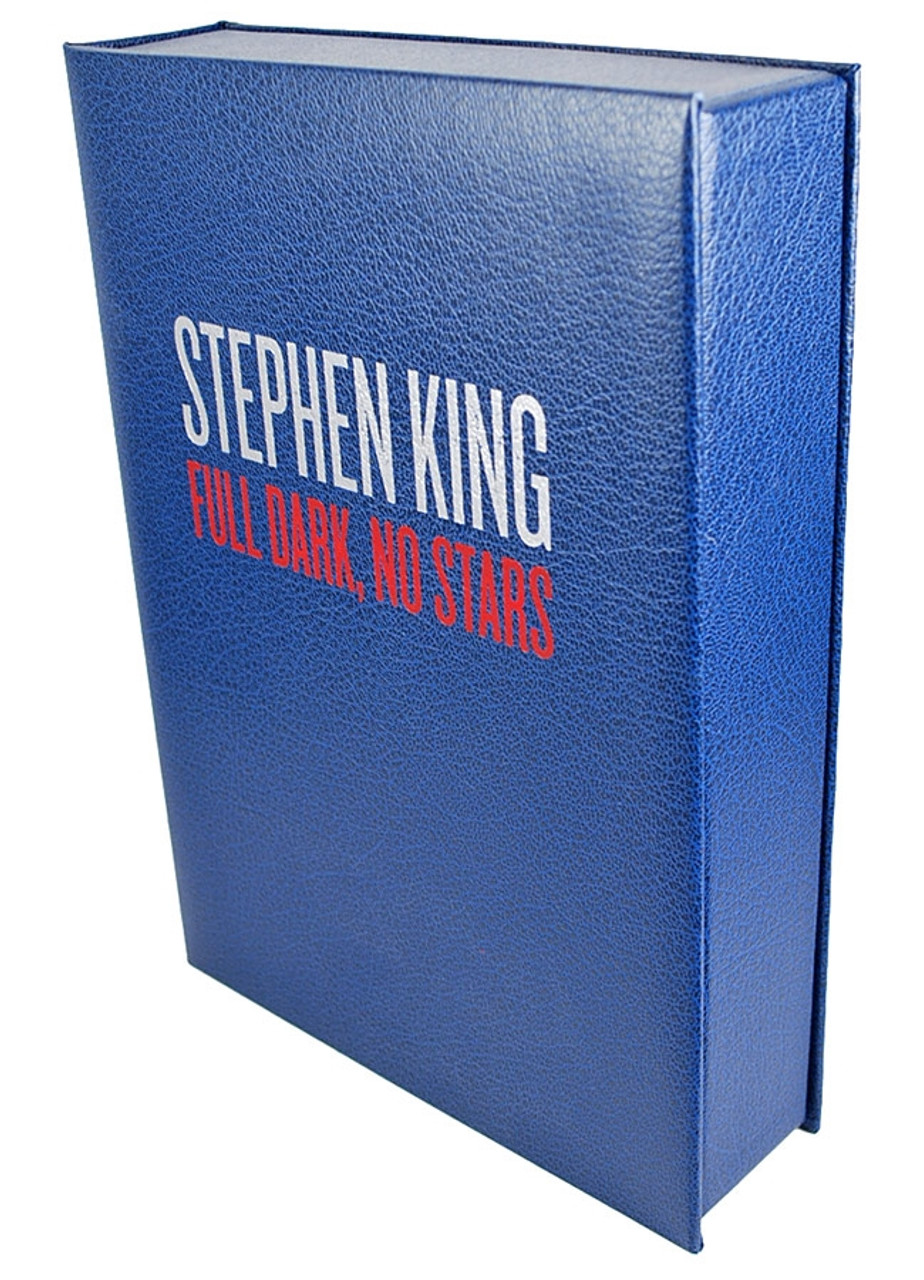 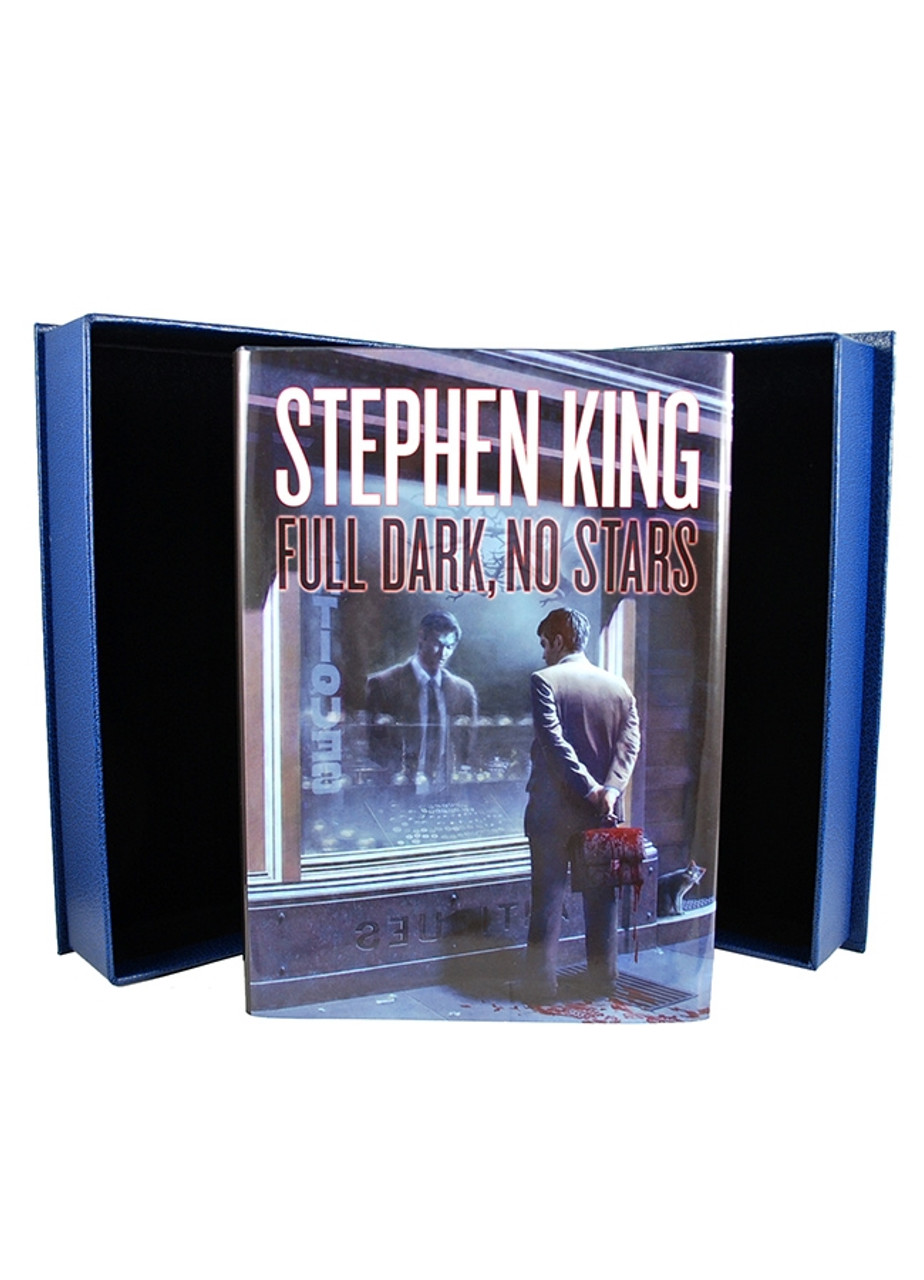 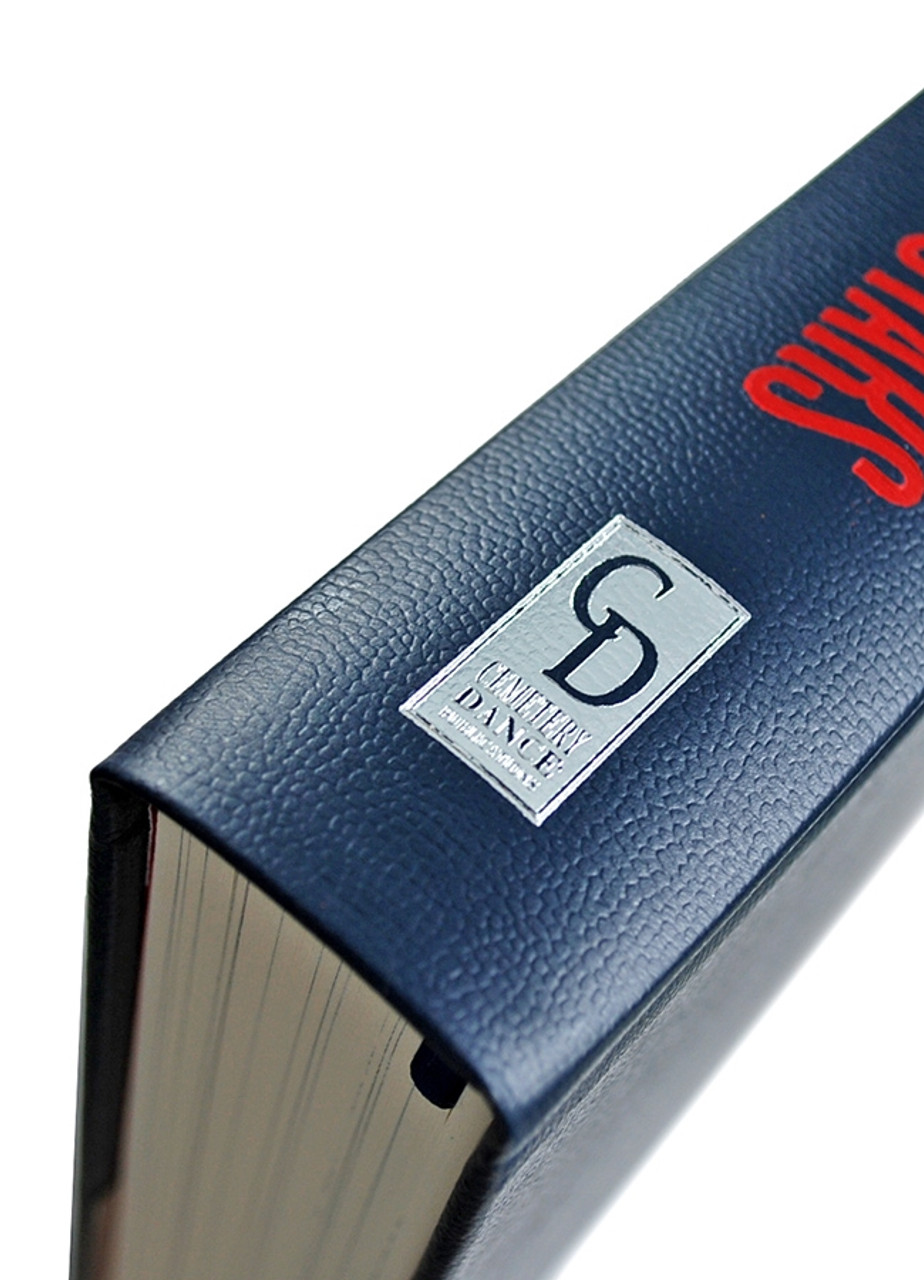 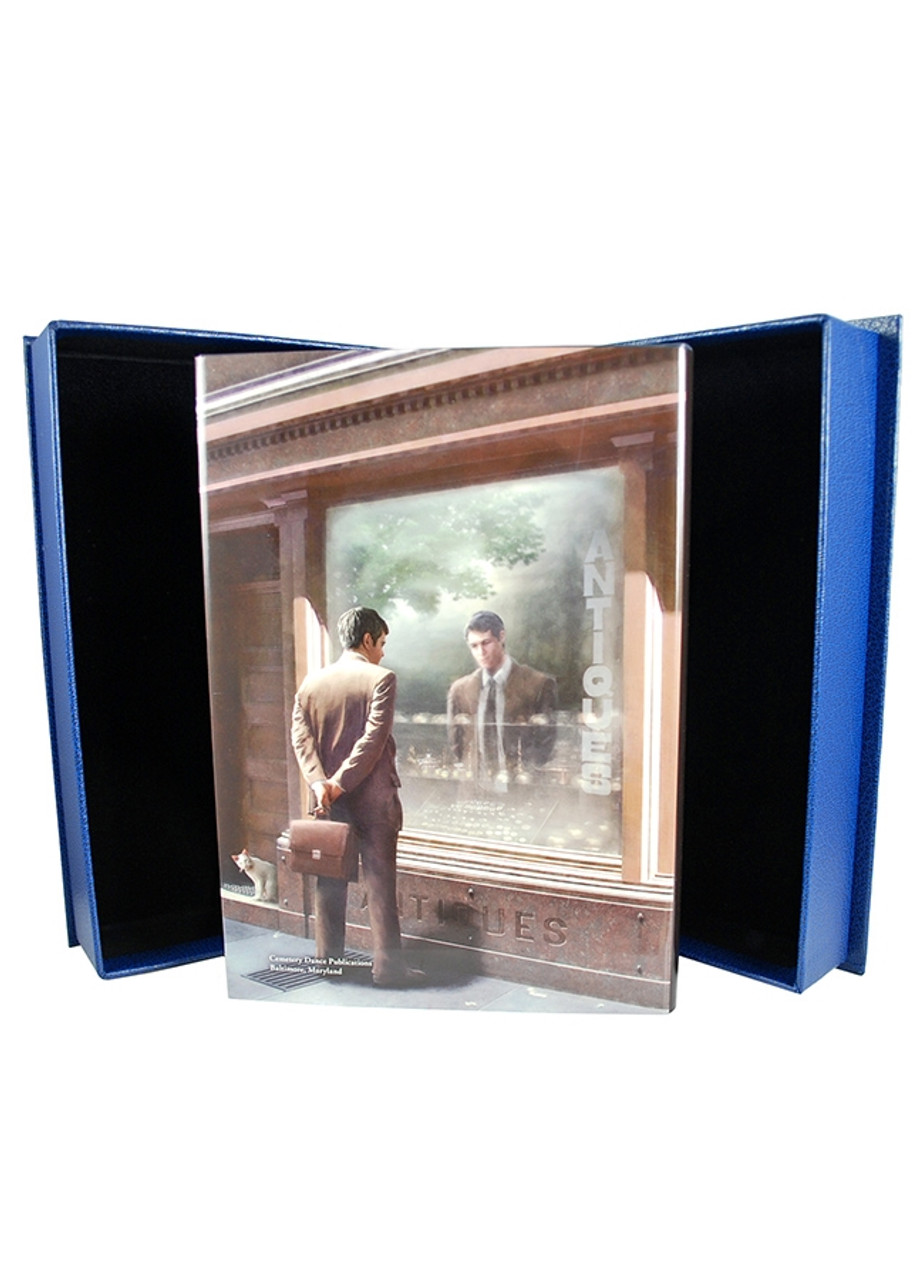 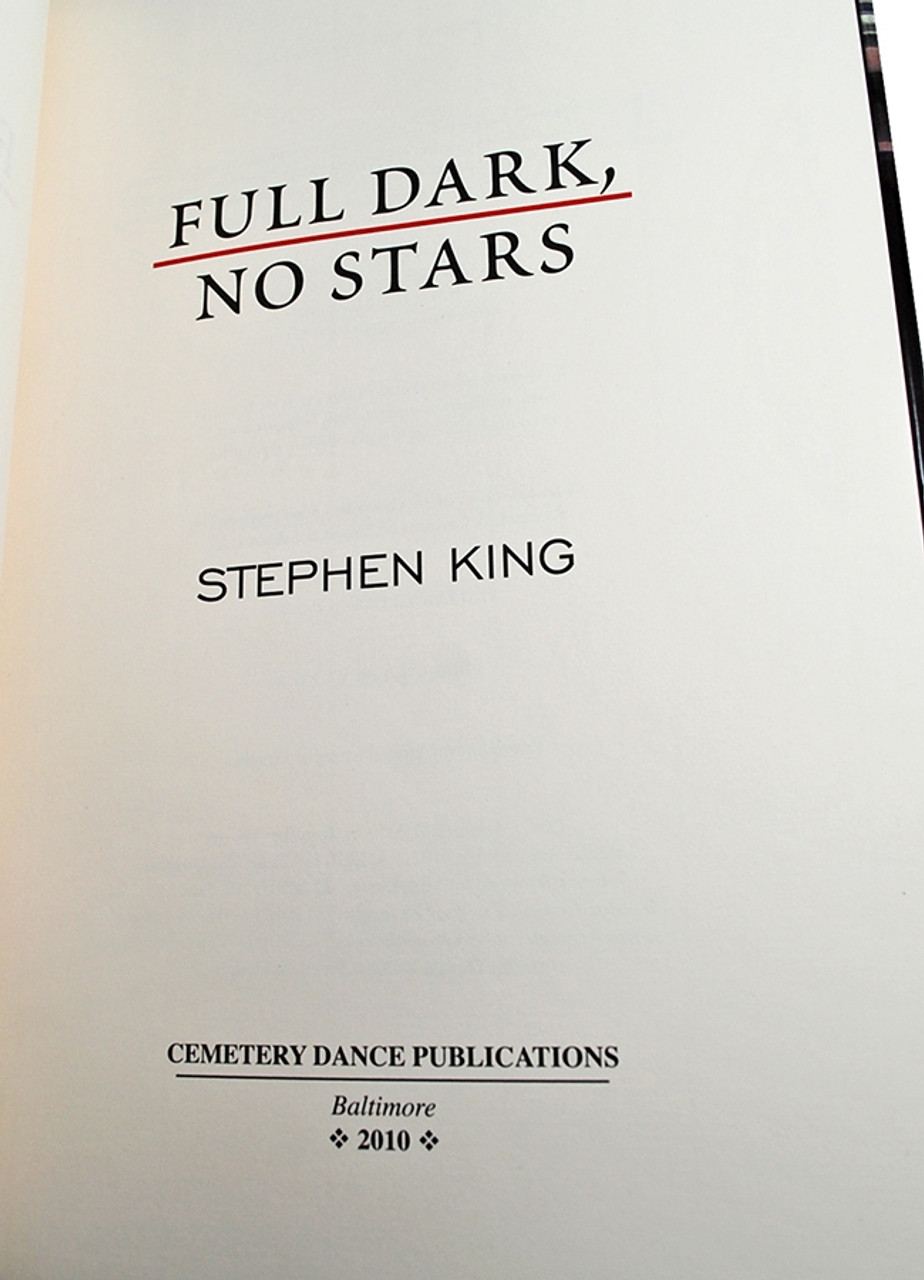 Personally signed by the master of modern horror, Stephen King

Limited to only 750 signed and numbered copies in this edition.

This Cemetery Dance Deluxe Special Edition of "Full Dark, No Stars" is the perfect addition to any Stephen King collection. A tray-cased oversized hardcover Signed Limited Edition of only 750 copies printed in two colors and bound in leather with two color hot foil stamping, a satin ribbon page marker, and embossed endpapers. Signed by Stephen King on a limitation page that has the title at the top along with the number at the bottom of the page.

THIS LISTING IF FOR THE STATE 2.

"I believe there is another man inside every man, a stranger . . ." writes Wilfred Leland James in the early pages of the riveting confession that makes up "1922," the first in this pitch-black quartet of mesmerizing tales from Stephen King.

Stephen KingStephen King has written more than forty novels and two hundred short stories. He is the recipient of the 2003 National Book Foundation Medal for Distinguished Contribution to American Letters and he also received the O. Henry Award for his story "The Man in the Black Suit." Among his most recent worldwide bestsellers are Under the Dome, Cell, Lisey's Story, and Duma Key. His other releases from Cemetery Dance Publications include two volumes of The Secretary of Dreams, the deluxe Limited Edition of From a Buick 8, the deluxe Limited Edition of Full Dark, No Stars, and the World's First Edition of Blockade Billy. King lives in Bangor, Maine, with his wife, novelist Tabitha King. 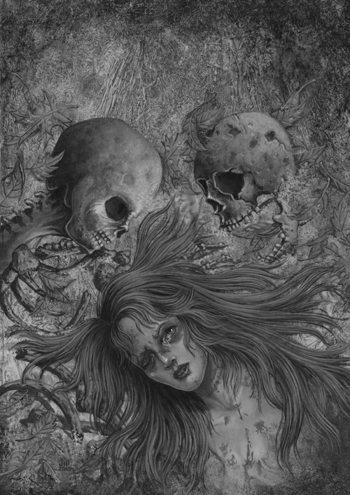 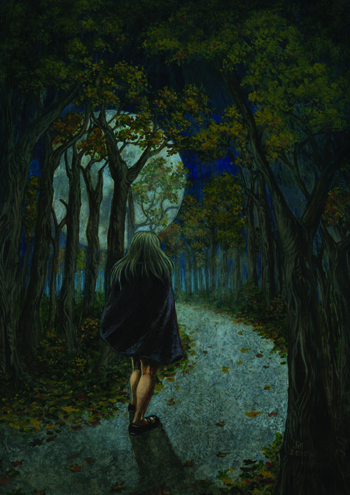 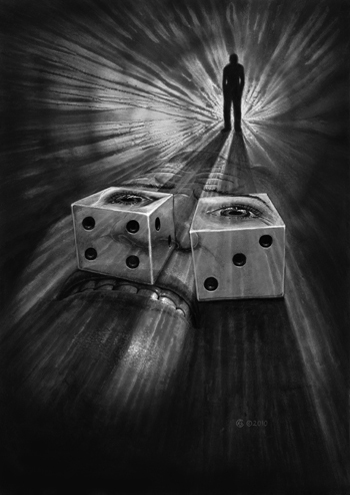 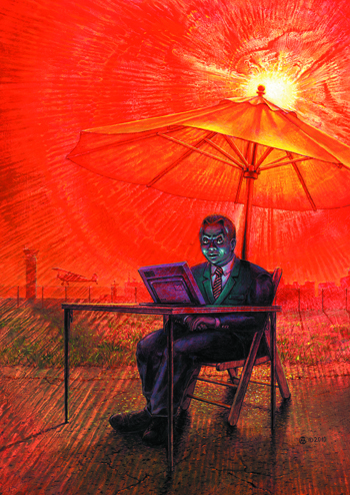 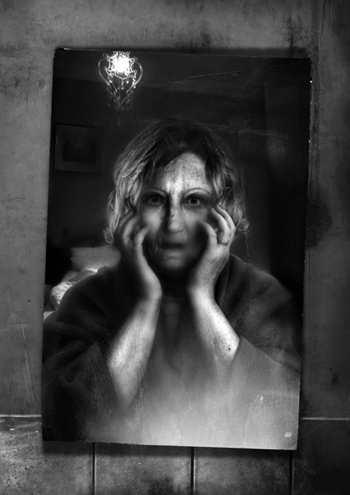 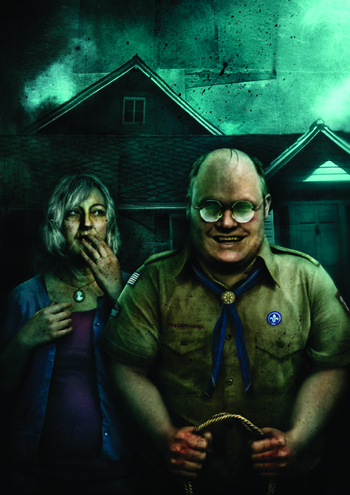 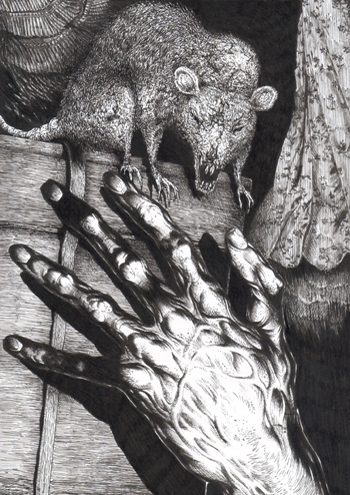 "PW Star Eerie twists of fate drive the four longish stories in King's first collection since Just After Sunset (2008). In "1922," a farmer murders his wife to retain the family land she hopes to sell, then watches his life unravel hideously as the consequences of the killing suggest a near-supernatural revenge. "Big Driver" tells of an otherwise ordinary woman who discovers her extraordinary capacity for retribution after she is raped and left for dead. "A Good Marriage" explores the aftermath of a wife's discovery of her milquetoast husband's sinister secret life, while "Fair Extension," the book's most disturbing story, follows the relationship between a man and the best friend on whom he preternaturally shifts all his bad luck and misfortune. As in Different Seasons (1982), King takes a mostly nonfantastic approach to grim themes. Now, as then, these tales show how a skilled storyteller with a good tale to tell can make unsettling fiction compulsively readable. " — Publishers Weekly (starred review)

"PW Star King begins his afterword by stating, “The stories in this book are harsh.” The man ain’t whistlin’ Dixie. Returning to the novella—possibly his brightest canvas—King provides four raw looks at the limits of greed, revenge, and self-deception. The first, “1922,” is an outright masterpiece and takes the form of the written confession of one Wilf James. Back in 1922, see, Wilf killed his wife to prevent her selling off part of the farm, but tossing her corpse down the well didn’t exactly stop her. It’s Poe meets Creepshow by way of Steinbeck and carries the bleak, nearly romantic doom of an old folk ballad about murderin’ done wrong. A pair of the remaining tales feature female protagonists considering hiding others’ crimes: “Big Driver” is a rape-revenge tale about a writer of cozy mysteries who ends up in the uncoziest of situations, while “A Good Marriage” stars a wife whose husband of 27 years turns out to be hiding an unimaginable secret. Though the shortest story by far, “Fair Extension” is no slouch, submitting for your approval one Mr. Elvid (get it?), who is out to shine a little light on our blackest urges. Rarely has King gone this dark, but to say there are no stars here is crazy. High-Demand Backstory: King has gone on record saying he believesthat American readers should pay more attention to the virtues of short fiction; and if anyone can get reluctant short-story and novella readers into the swing, he certainly can with this book." — Booklist (starred review)

"King [is] the most wonderfully gruesome man on the planet… The pages practically turn themselves." — Carol Memmott, USA Today

"Full Dark, No Stars is an extraordinary collection, thrillingly merciless, and a career high point." — The Telegraph (UK)

"Just as gripping as his epic novels." — St. Louis Post-Dispatch

Very Fine. As New as if normally shipped by the publisher. The condition is of the highest quality without any flaws. It is free of any marks, writings, or stamps. There are no bookplates attached or indication of any removed. A wonderful bright clean copy. The dust-jacket now has a brand new archival acid-free Brodart sleeve.

Full Dark, No Stars: The Deluxe Special Edition an original novella collection by Stephen King Full-color front and back cover artwork by Tomislav Tikulin Color and B&W artwork for "1922" by Glenn...

"REVENGE IS A DISH BEST SERVED COLD" Personally signed by Stephen King on the special dedicated page. A rare signed limited edition for the King collector. This is number 739 of only 1,000 copies...