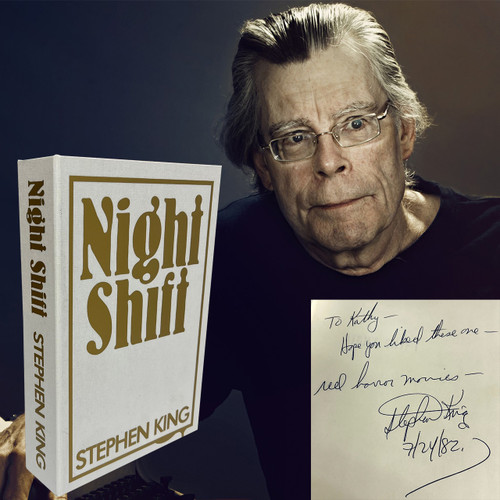 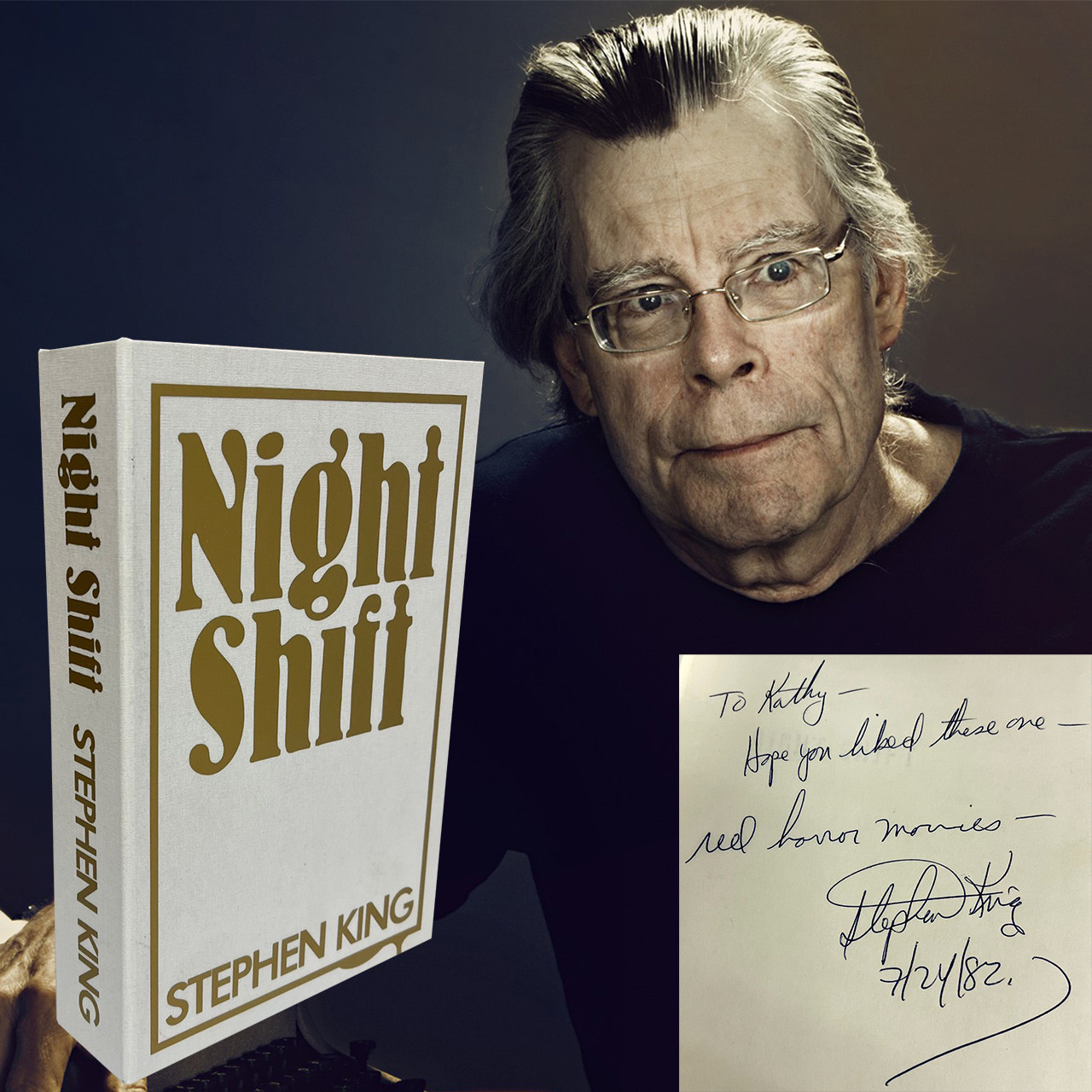 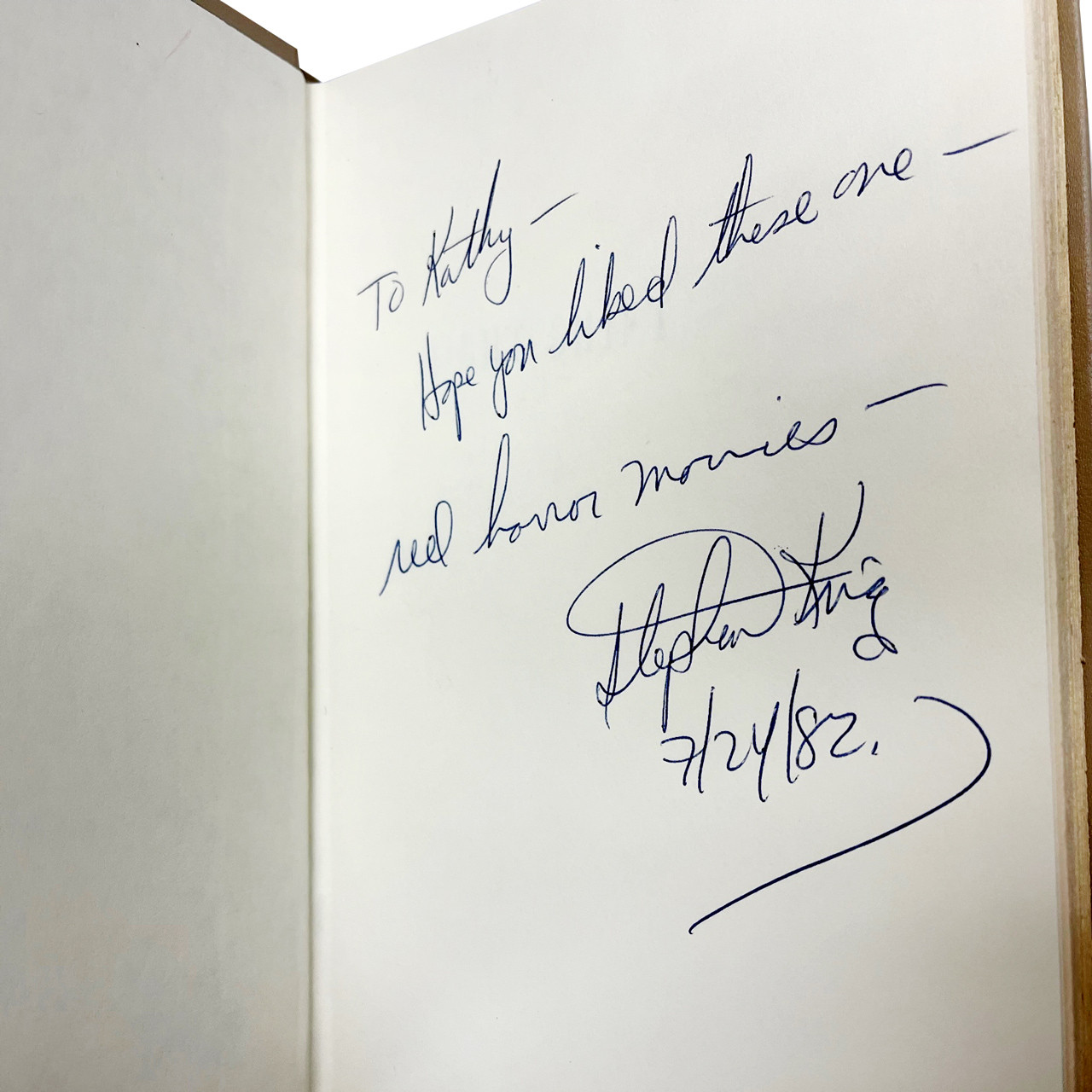 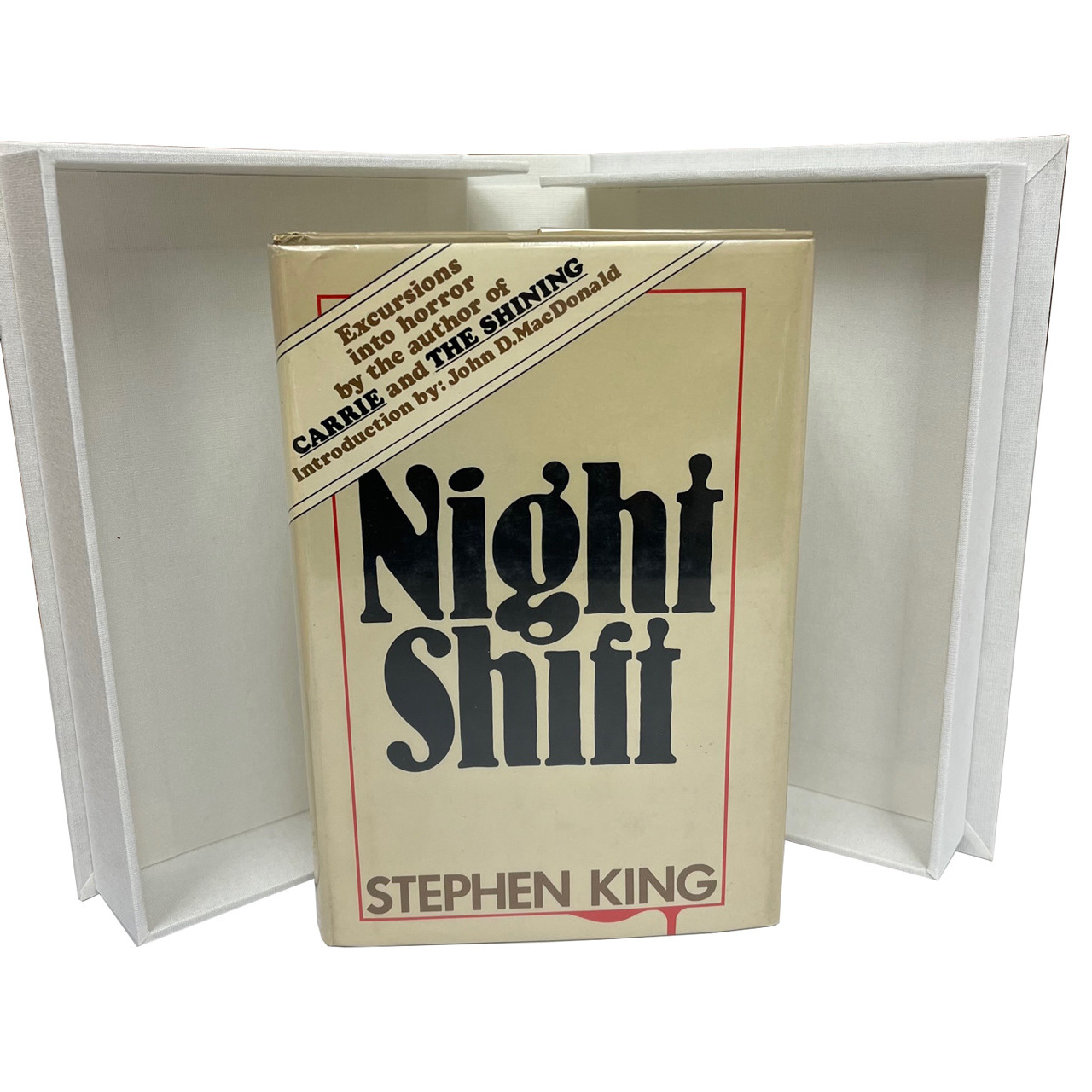 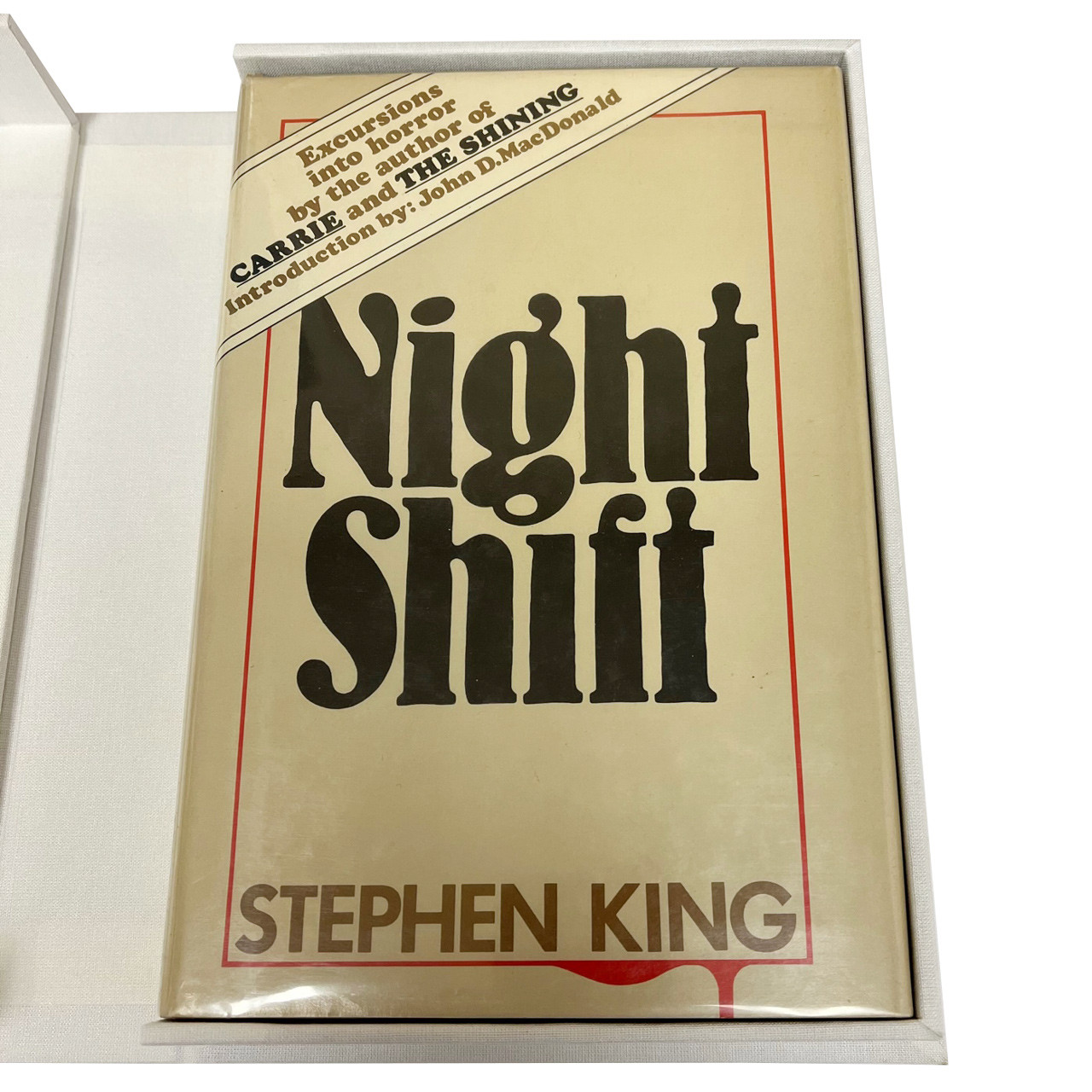 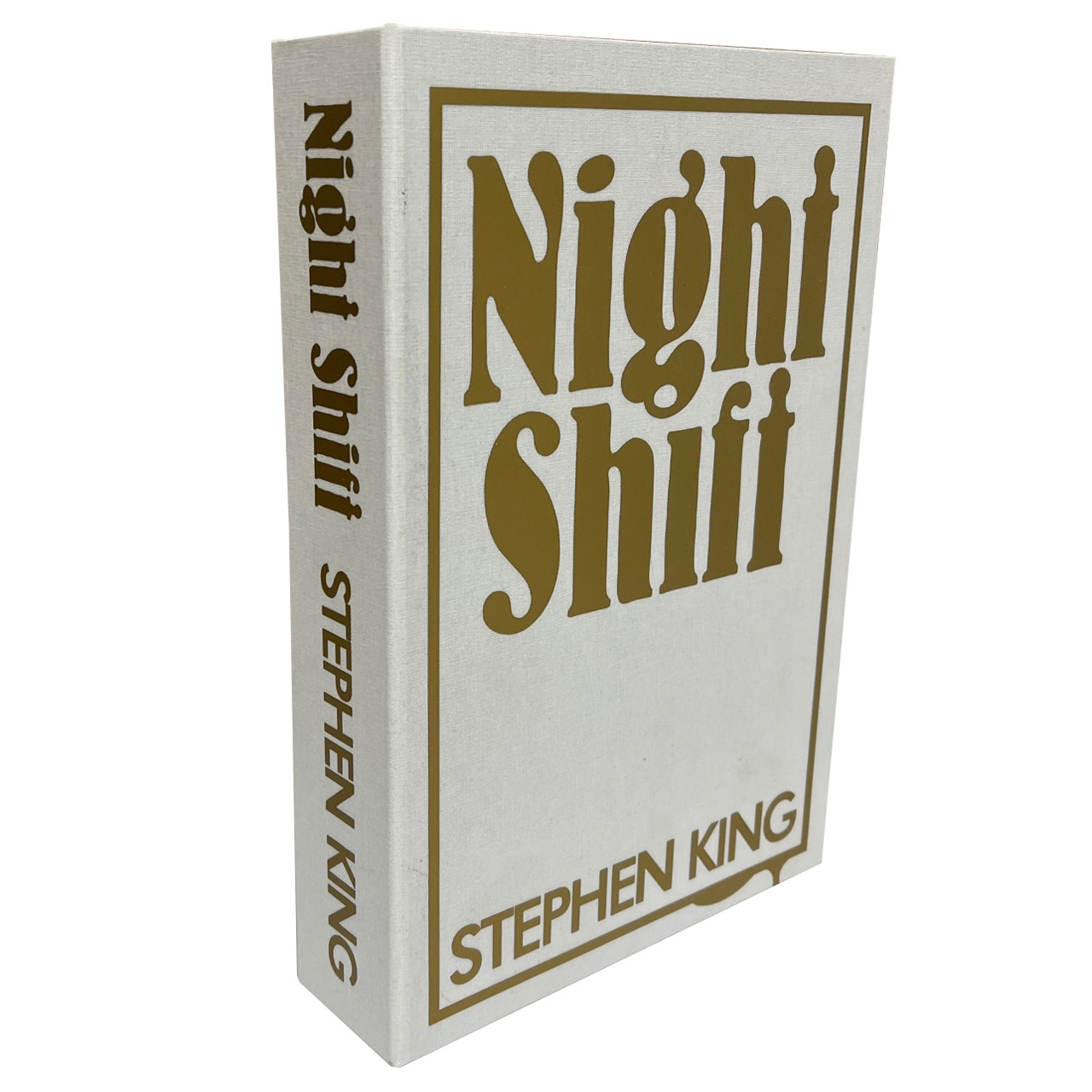 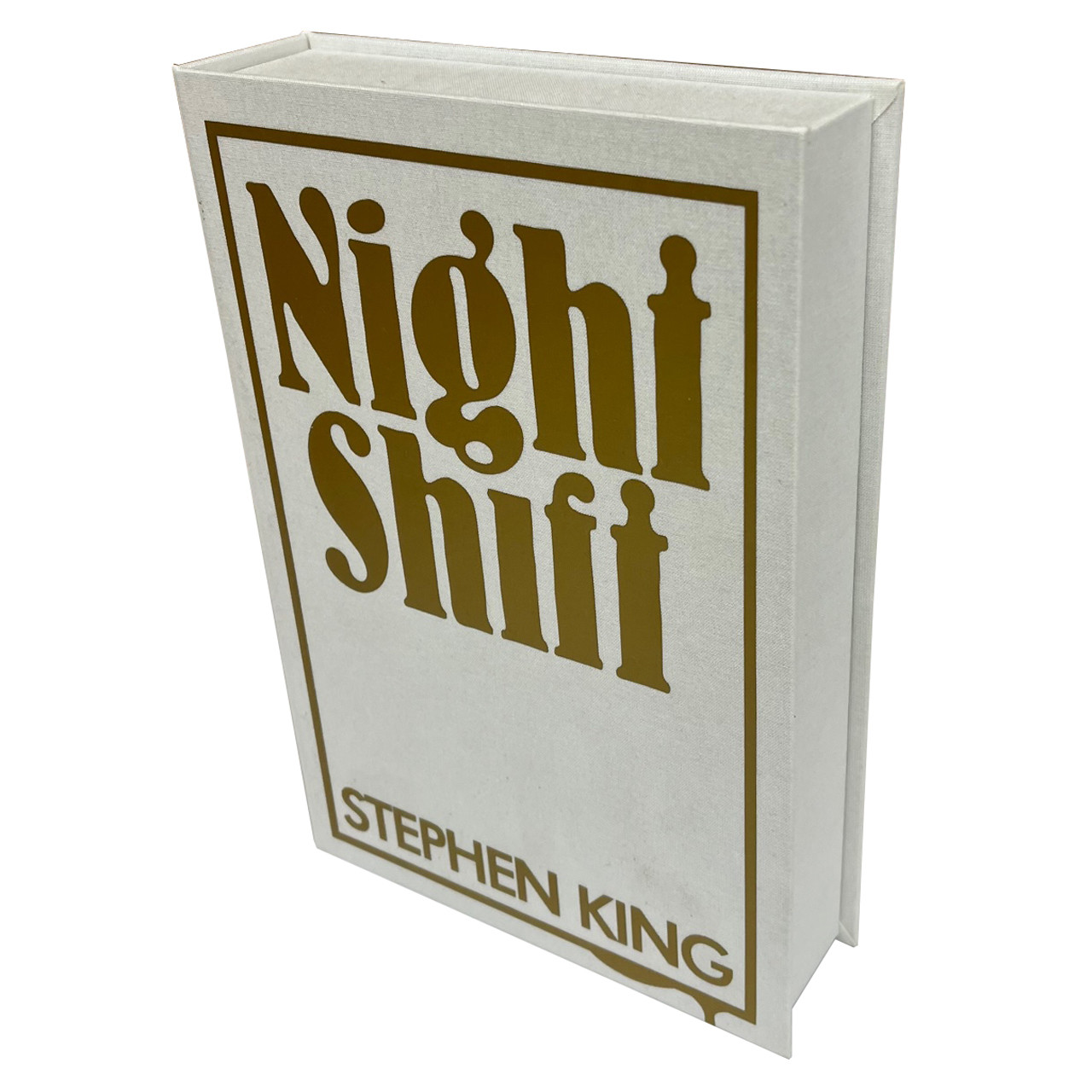 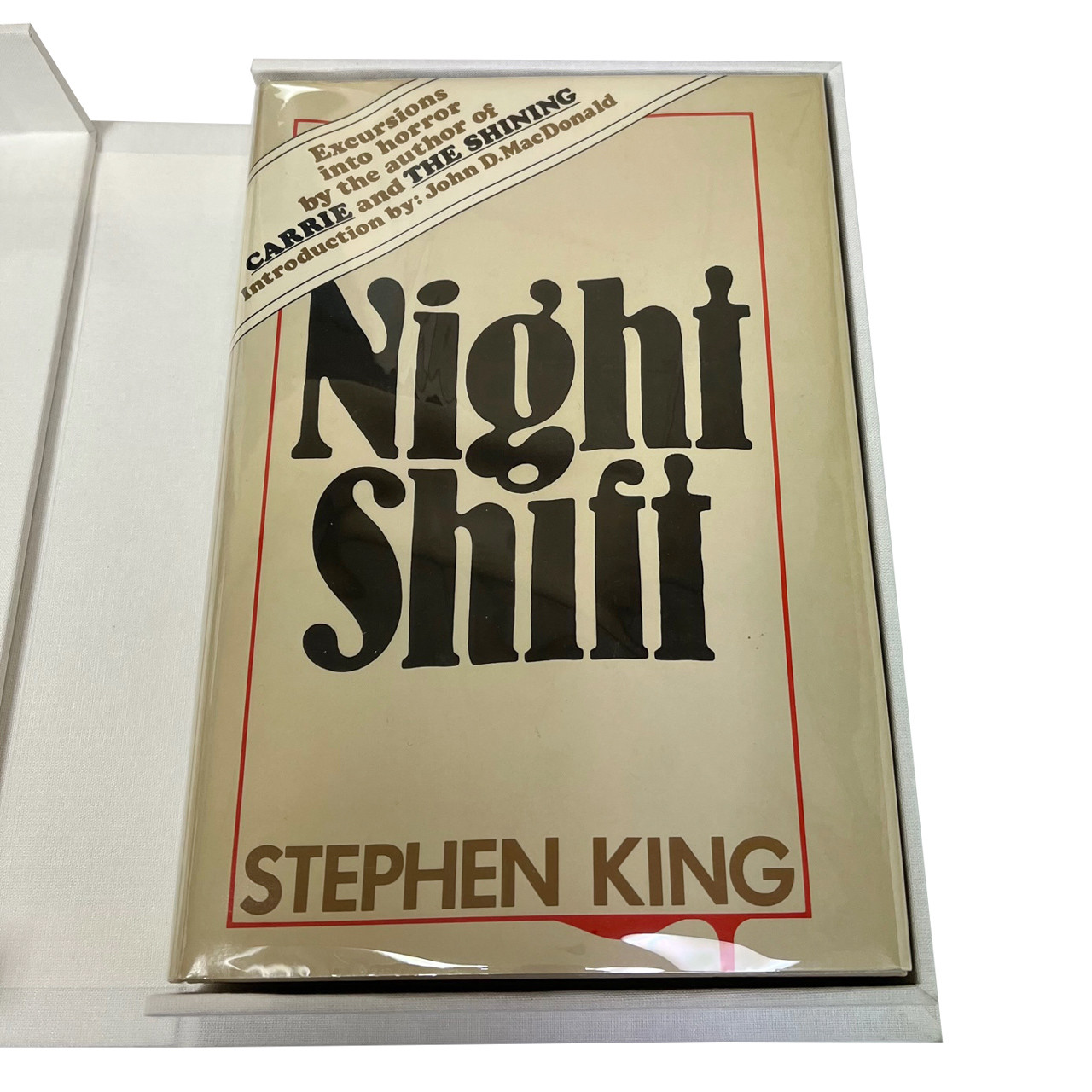 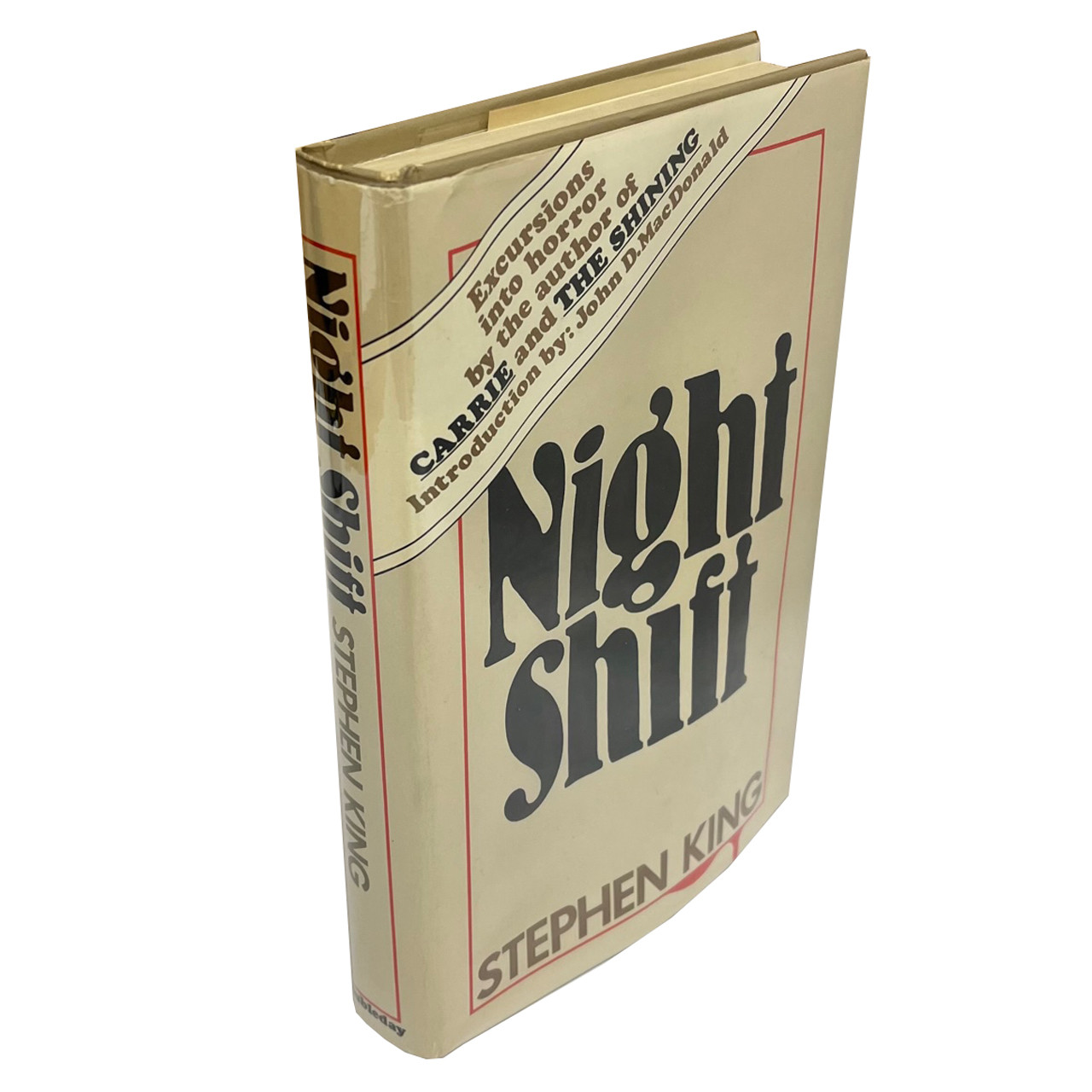 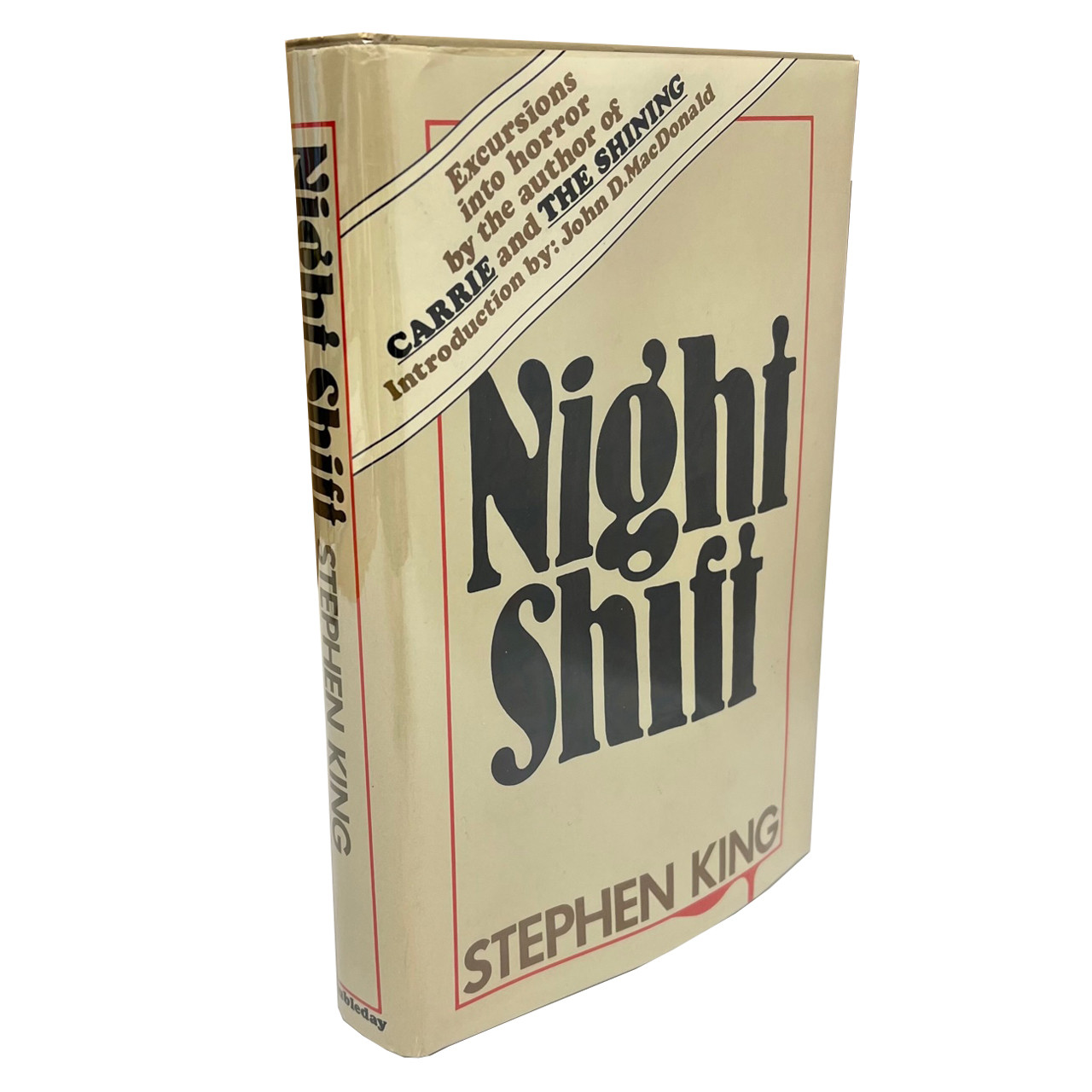 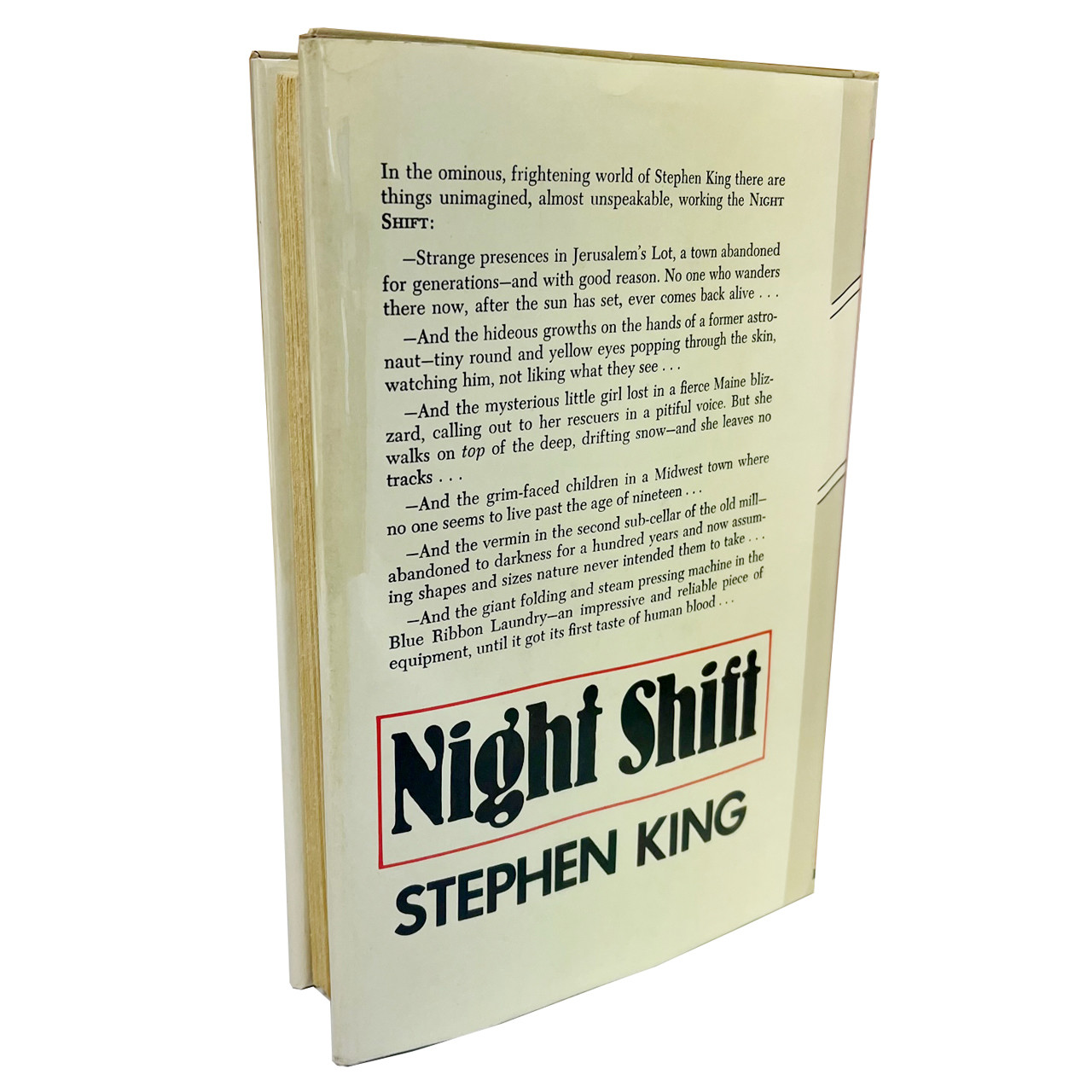 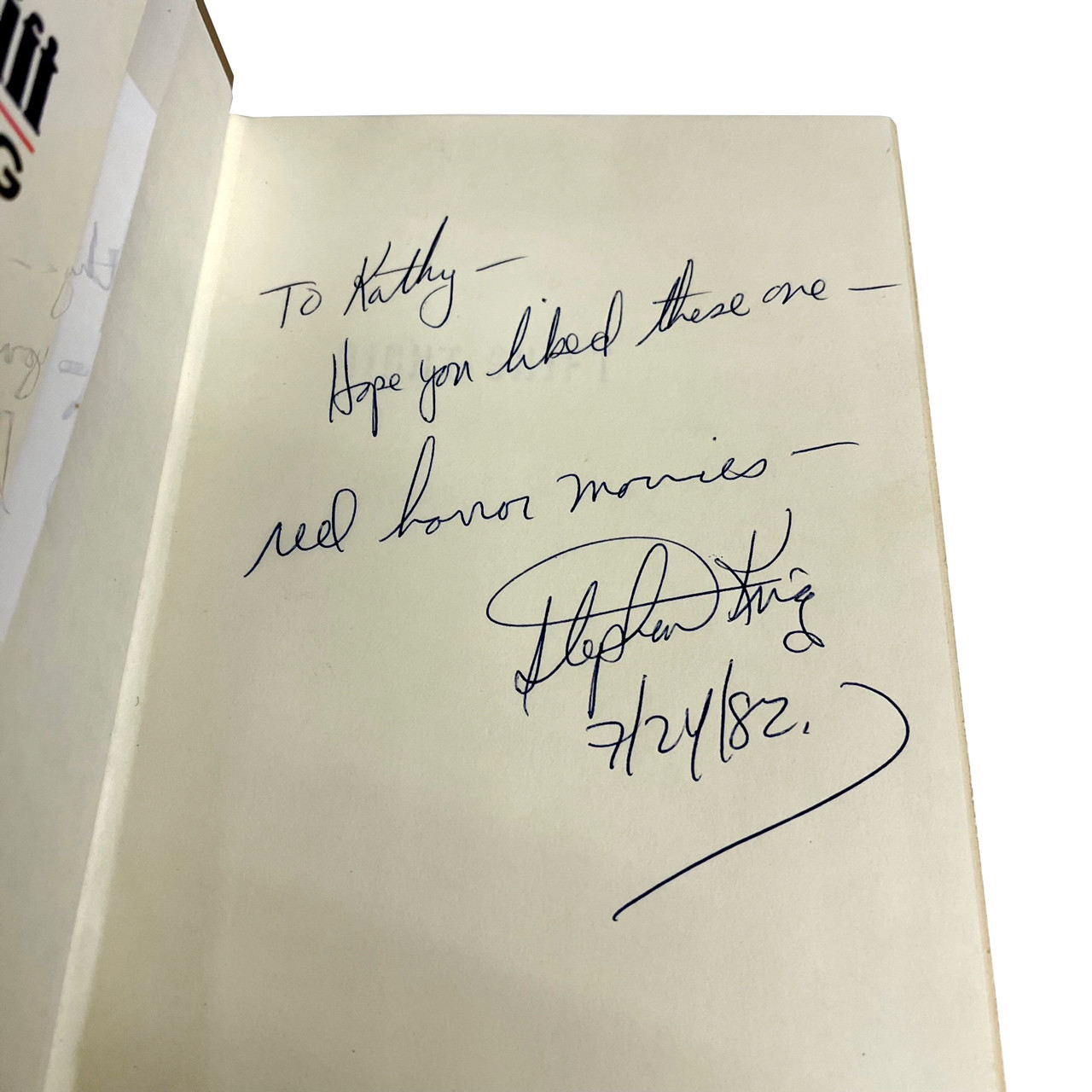 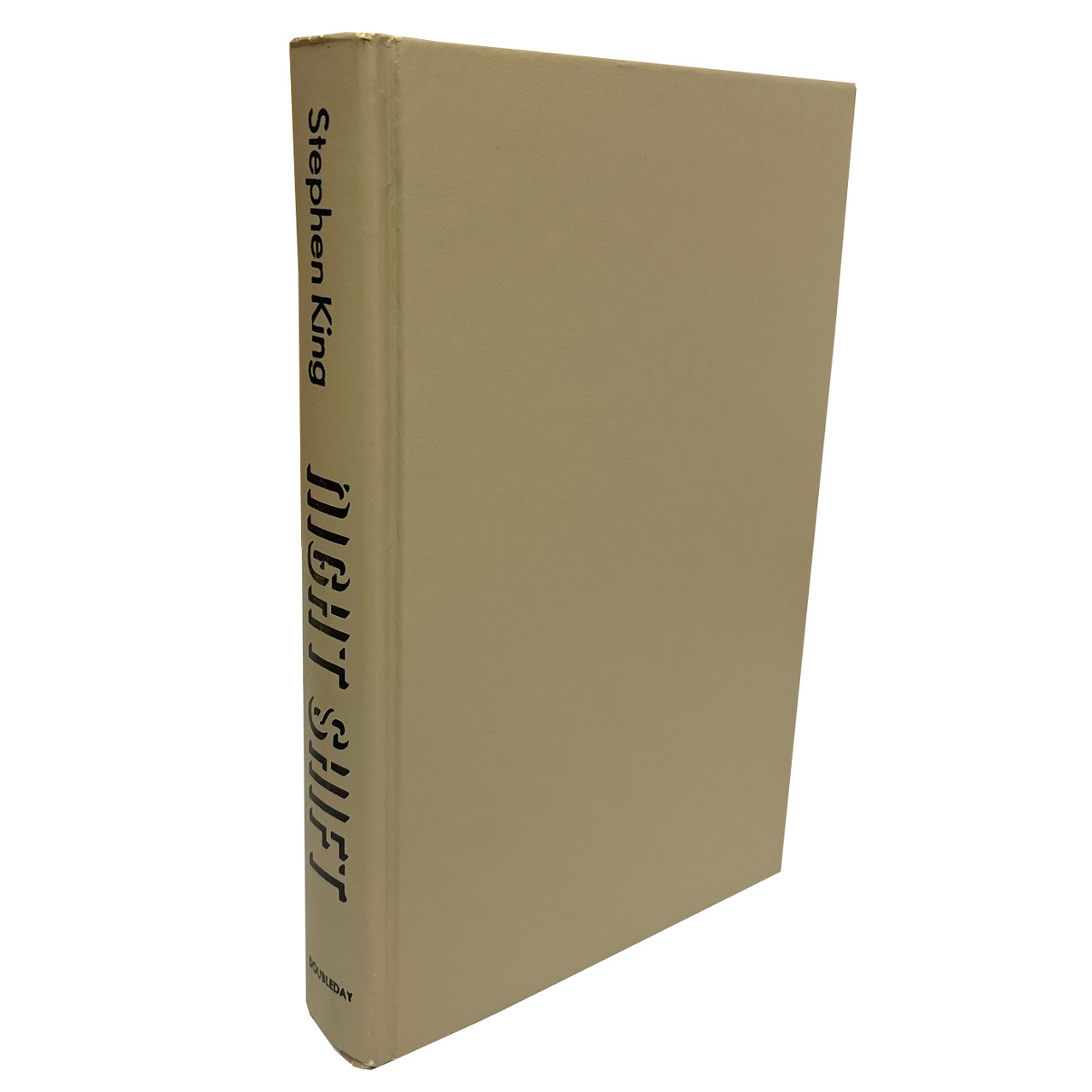 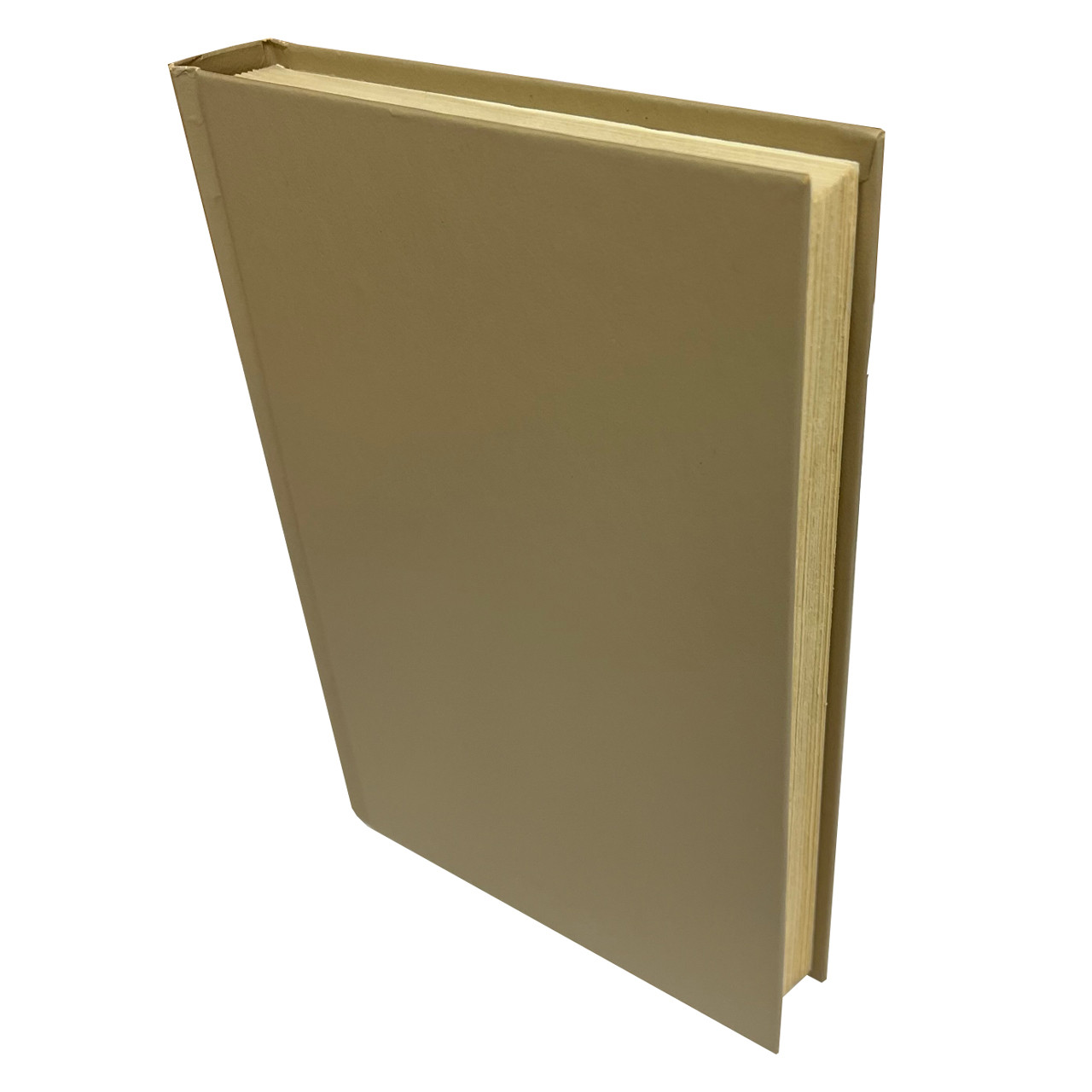 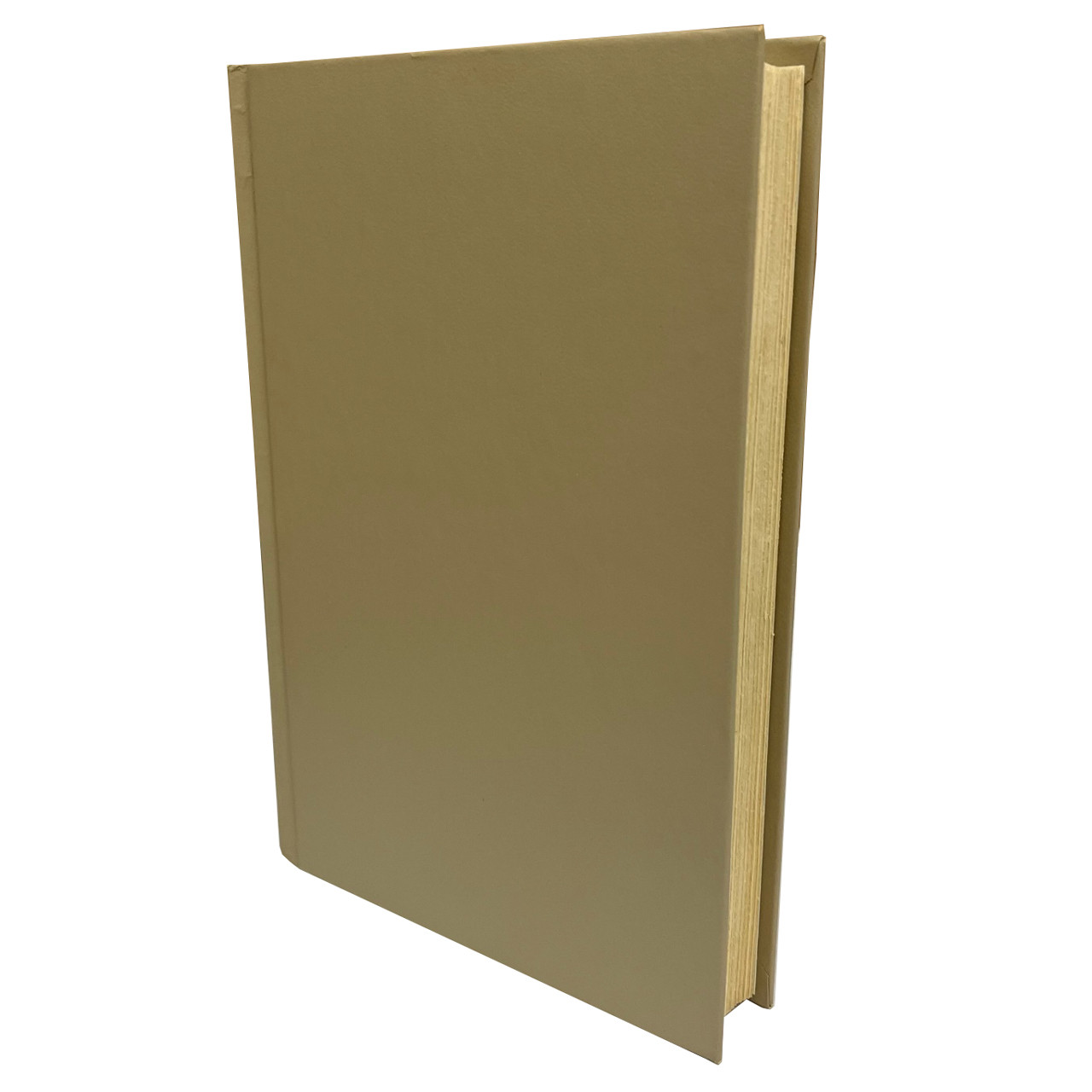 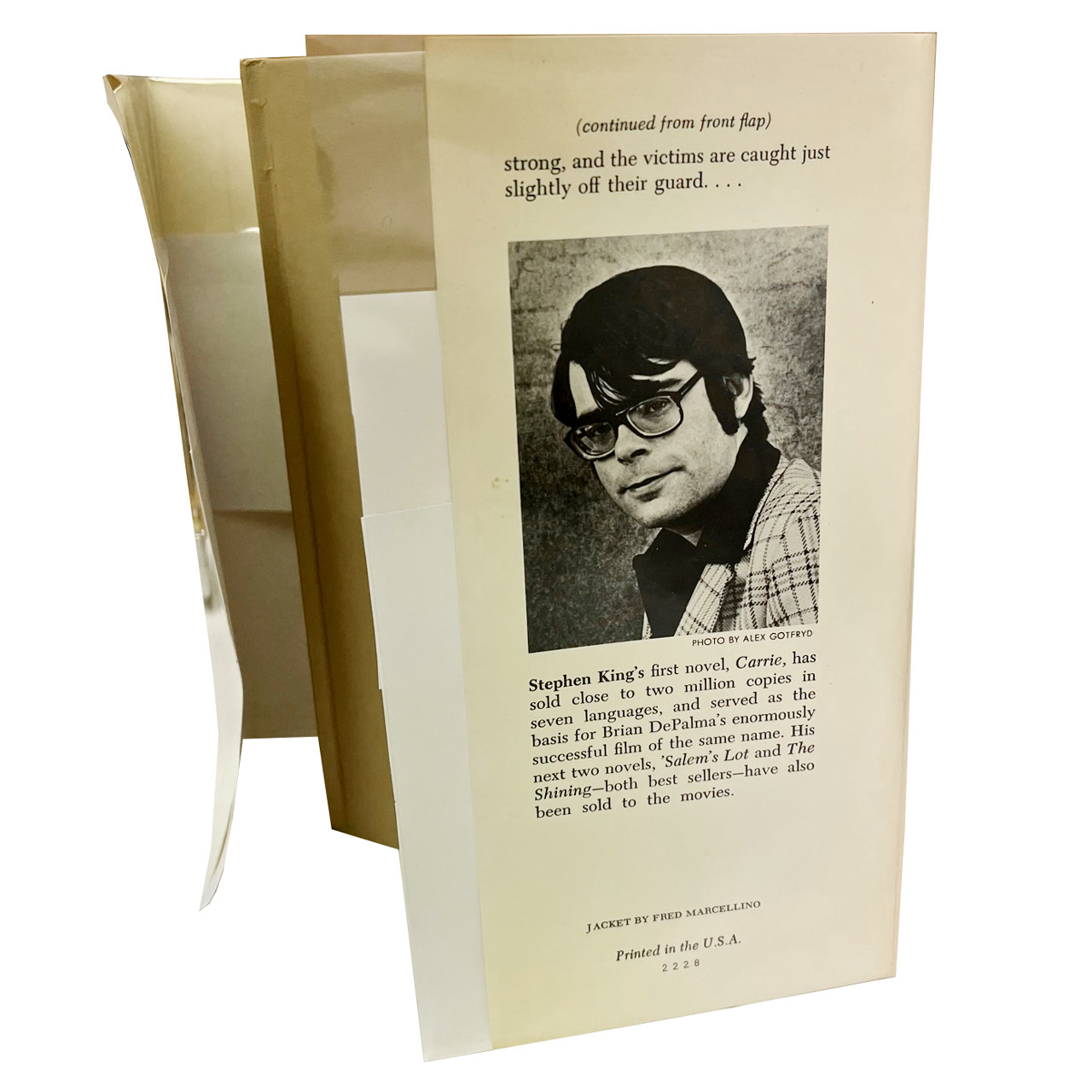 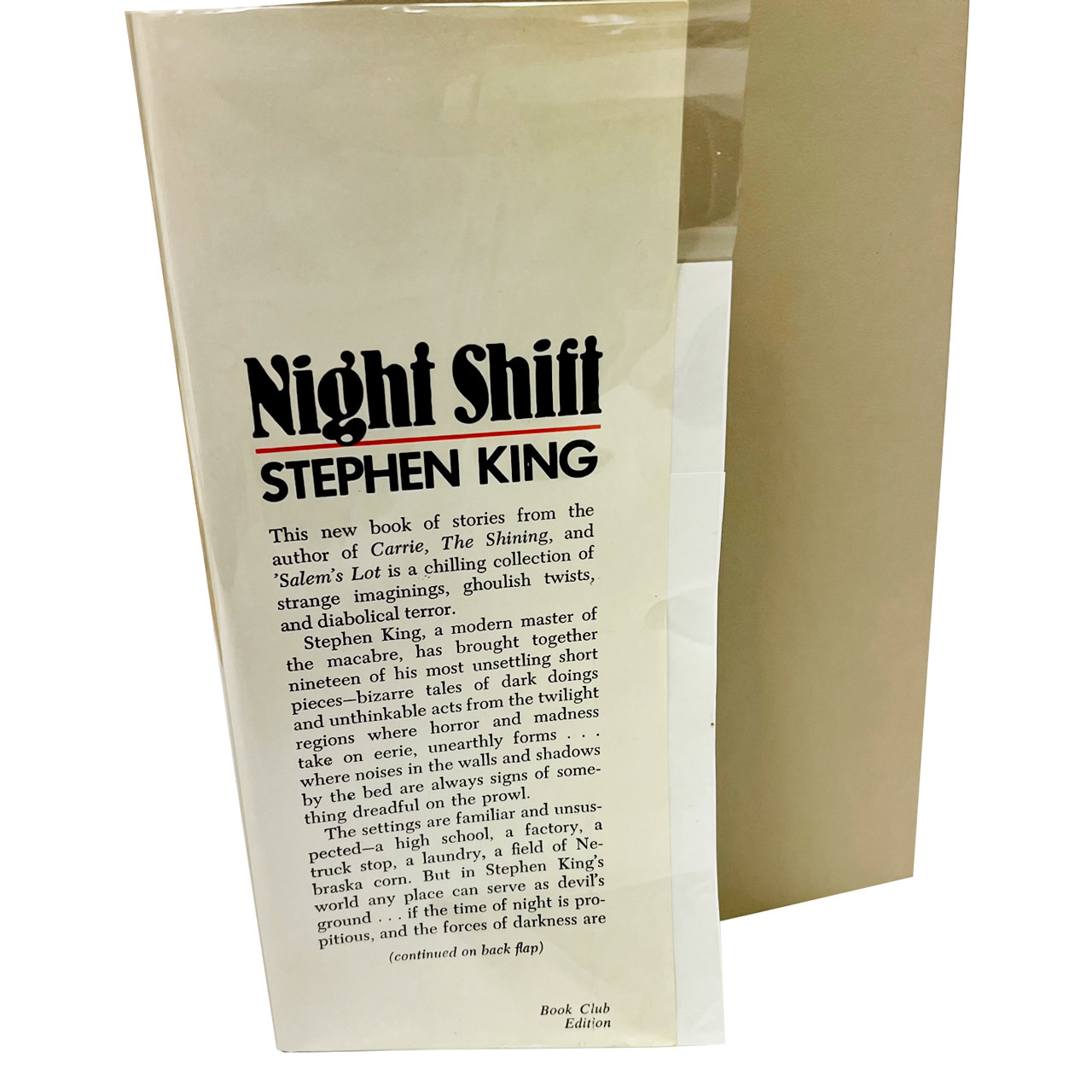 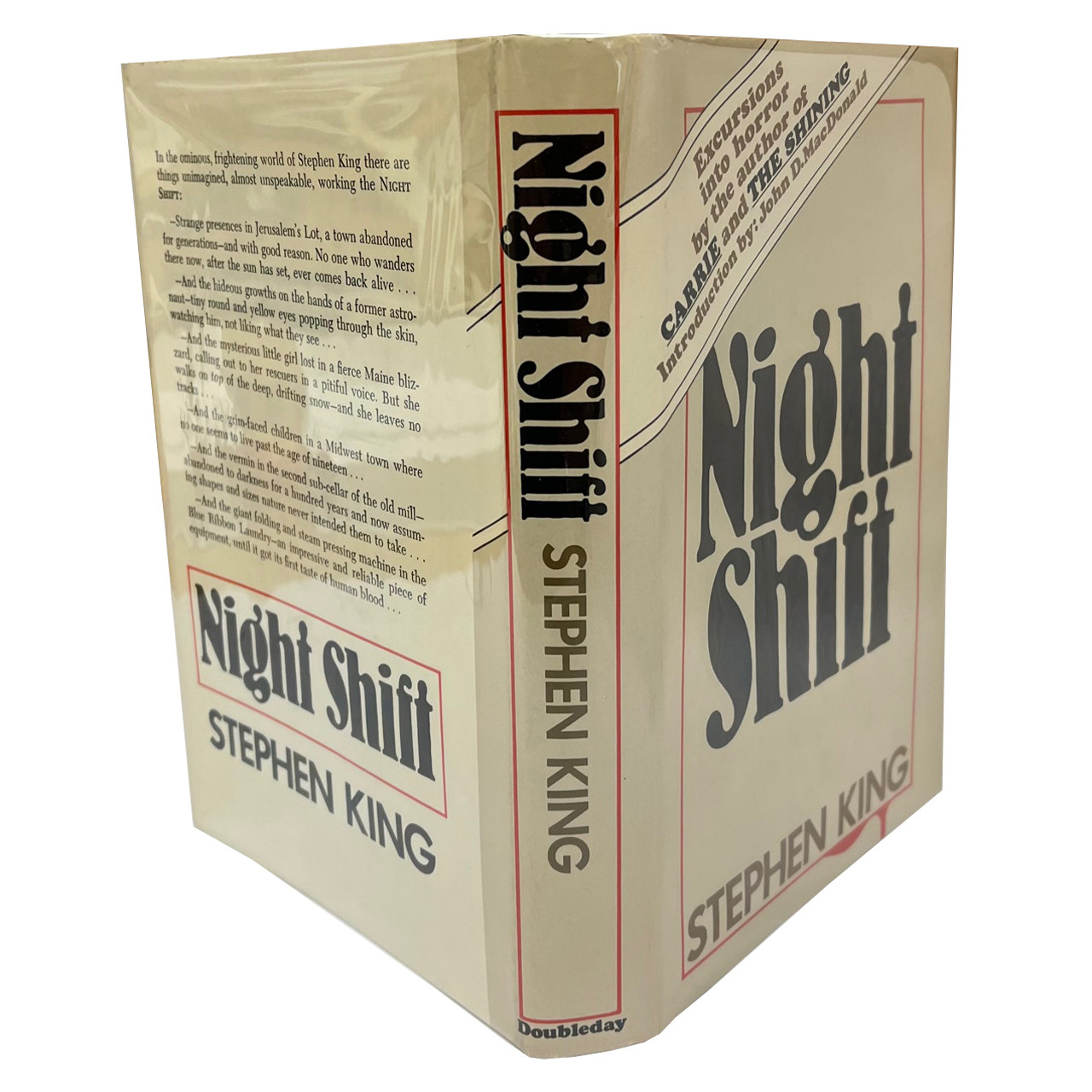 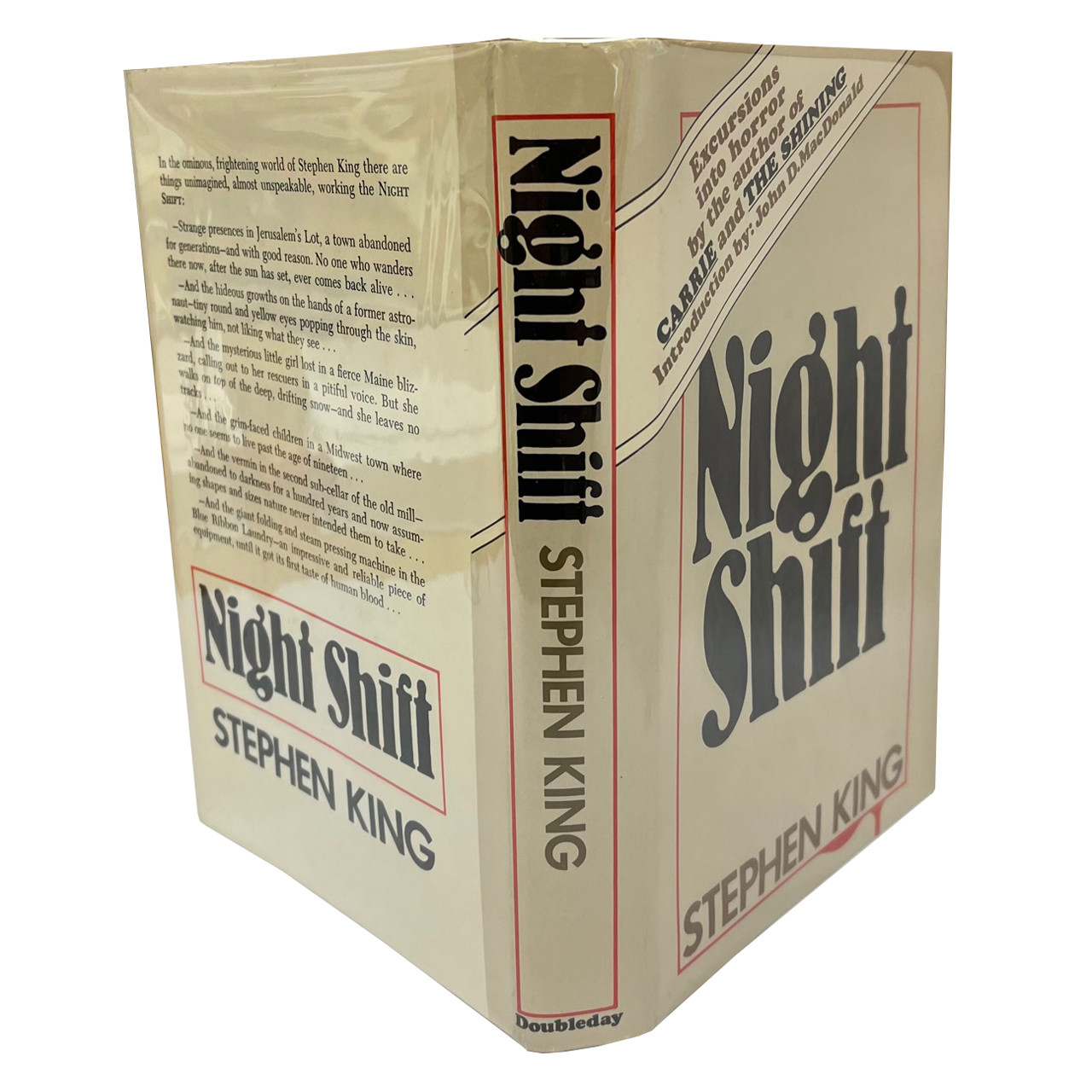 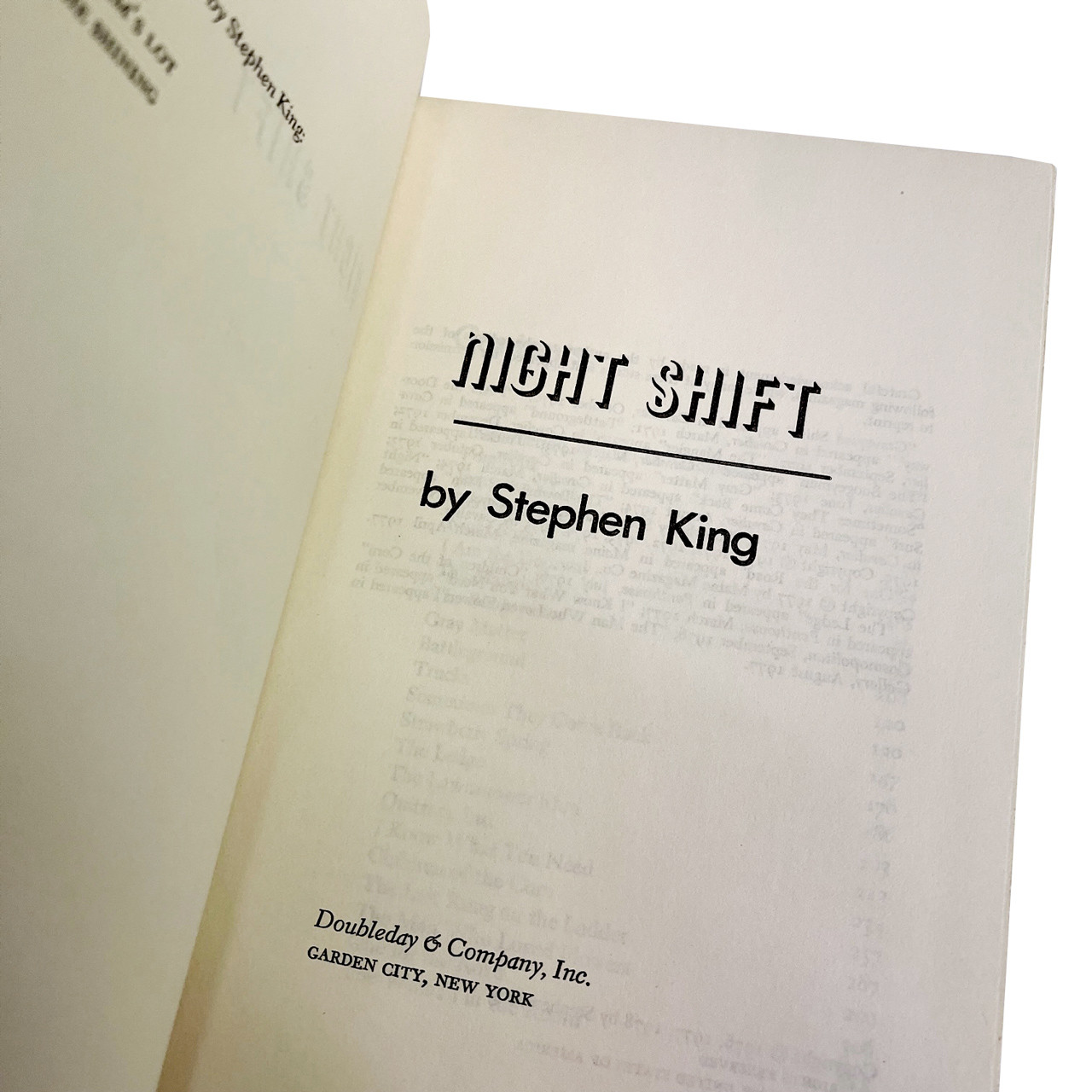 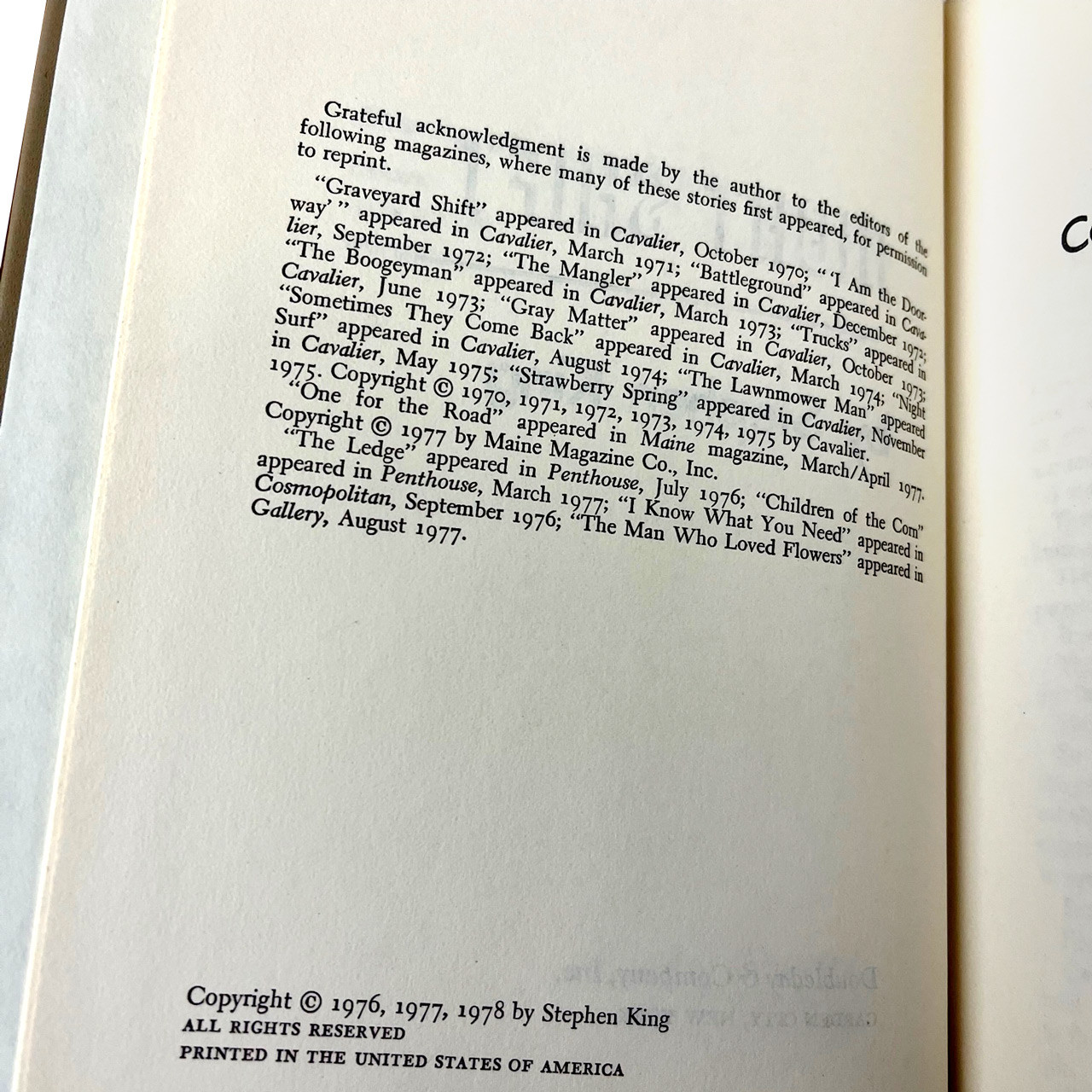 The author's first short story collection. Winner of the Balrog Award for Best Collection and nominated as best collection in 1979 for the Locus Award and World Fantasy Award.

Personally signed by Stephen King in 1982 with a personal inscription. 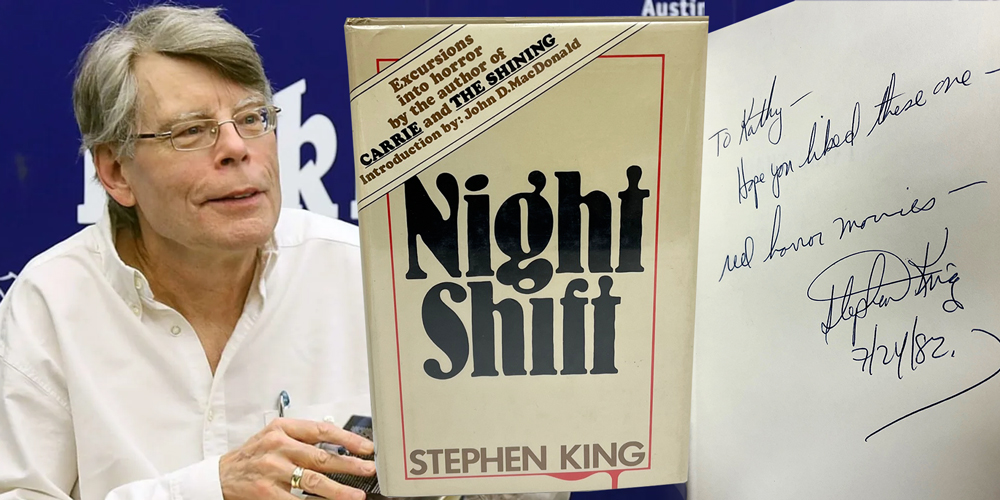 Personally signed by Stephen King to a fan:

This is Stephen King’s first collection of short stories, originally published in 1978, that showcases the darkest depths of his brilliant imagination and will "chill the cockles of many a heart" (Chicago Tribune). Night Shift is the inspiration for over a dozen acclaimed horror movies and television series, including Children of the Corn , Chapelwaite, and Lawnmower Man.

Night Shift is Stephen King's first collection of short stories, first published in 1978. In 1980, Night Shift won the Balrog Award for Best Collection, and in 1979 it was nominated as best collection for the Locus Award and the World Fantasy Award.

The author's first anthology of short stories, collects twenty terrifying tales, almost half of which (nine of the twenty) went on to become the basis for full-length feature films, including "The Boogeyman," "Children of the Corn," "The Last Rung on the Ladder," "The Lawnmower Man," "Graveyard Shift," "Sometimes They Come Back," "The Mangler," "Night Surf," and "I Know What You Need."

Stephen Edwin King (born September 21, 1947) is an American author of horror, supernatural fiction, suspense, crime, science-fiction, and fantasy novels. Described as the "King of Horror", a play on his surname and a reference to his high standing in pop culture, his books have sold more than 350 million copies, and many have been adapted into films, television series, miniseries, and comic books. King has published 64 novels, including seven under the pen name Richard Bachman, and five non-fiction books.[4] He has also written approximately 200 short stories, most of which have been published in book collections.

“Eerie. . . . Ought to chill the cockles of many a heart.” —Chicago Tribune

“A master. . . . [King] will catch you in his web and reach you at an elemental level where there is no defense.” —The Cincinnati Enquirer

“Stephen King has built a literary genre of putting ordinary people in the most terrifying situations. . . . he’s the author who can always make the improbable so scary you'll feel compelled to check the locks on the front door.” —The Boston Globe

The dust-jacket is just about FINE with light toning as typical for this edition. No rips, tears, or creases. The graphics are clear and bright.
The book is NF+ . It appears unread with a square and tight spine. Slight wrinkling to bottom heel of spine. A wonderful bright clean copy, free of any other marks, writings, or stampings. The binding is uniform and tight, pages clean, and with no scuffs, marks, dents, bruises. No bookplates attached or removed. This book stands out as having had exemplary care. Protected in brand new Mylar covering. Clean boards with sharp corners that are not bumped.