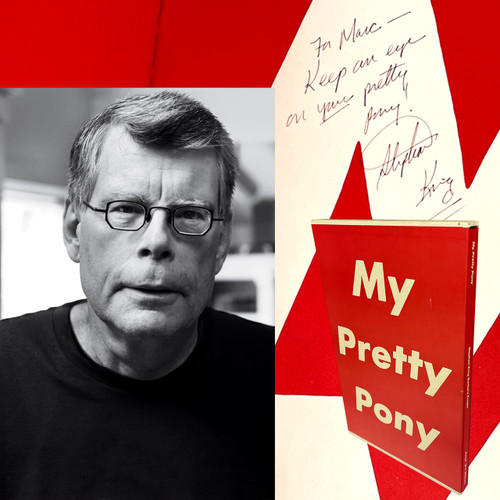 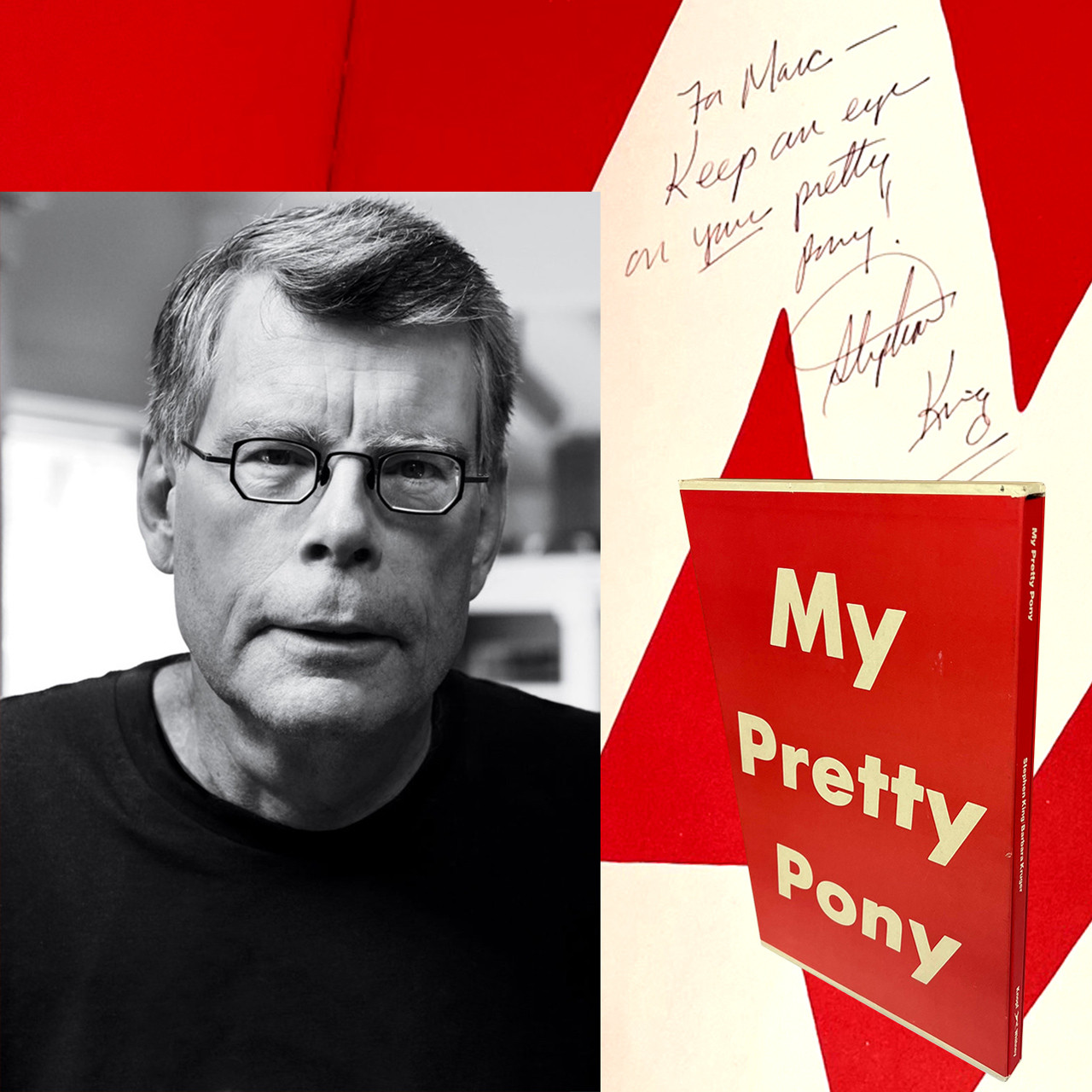 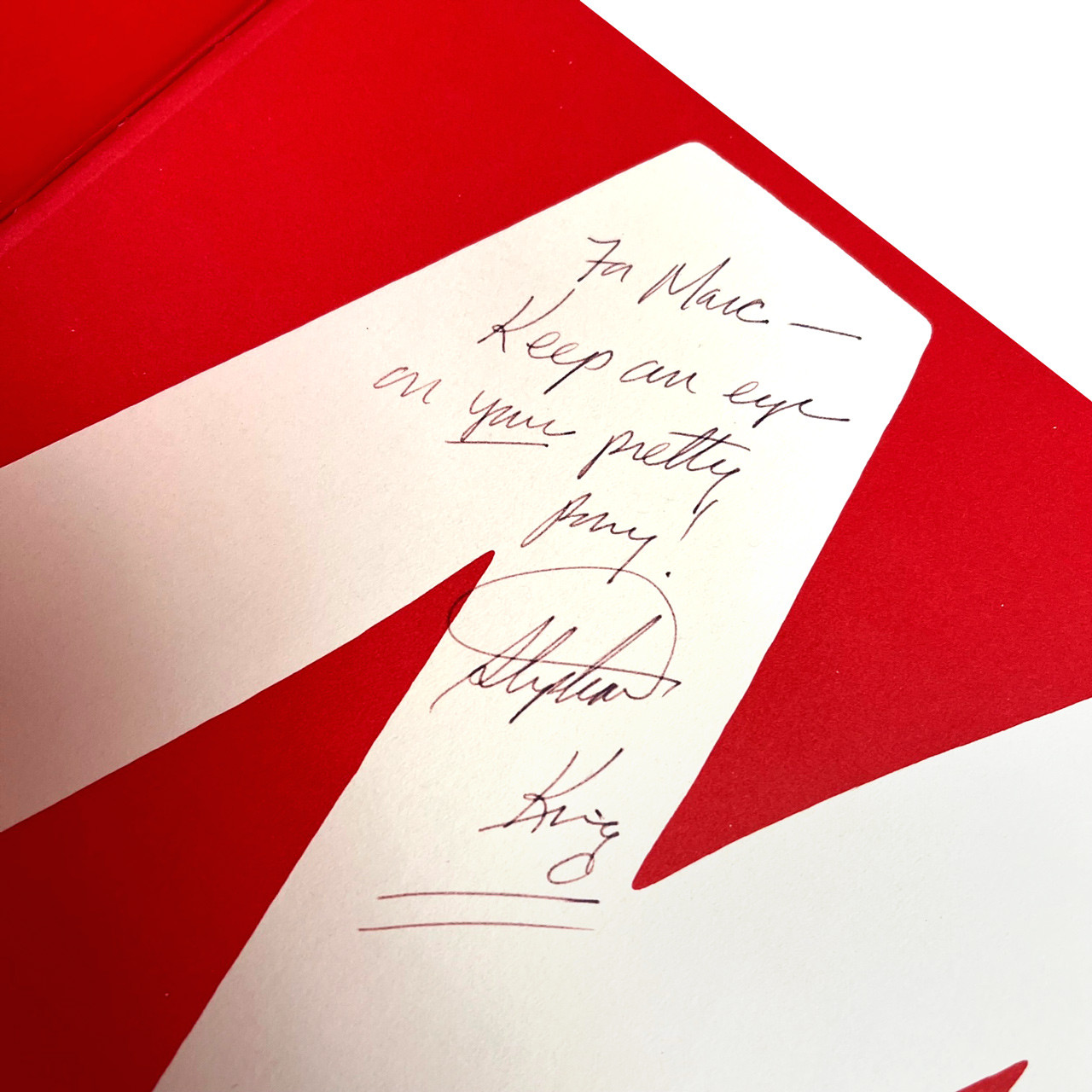 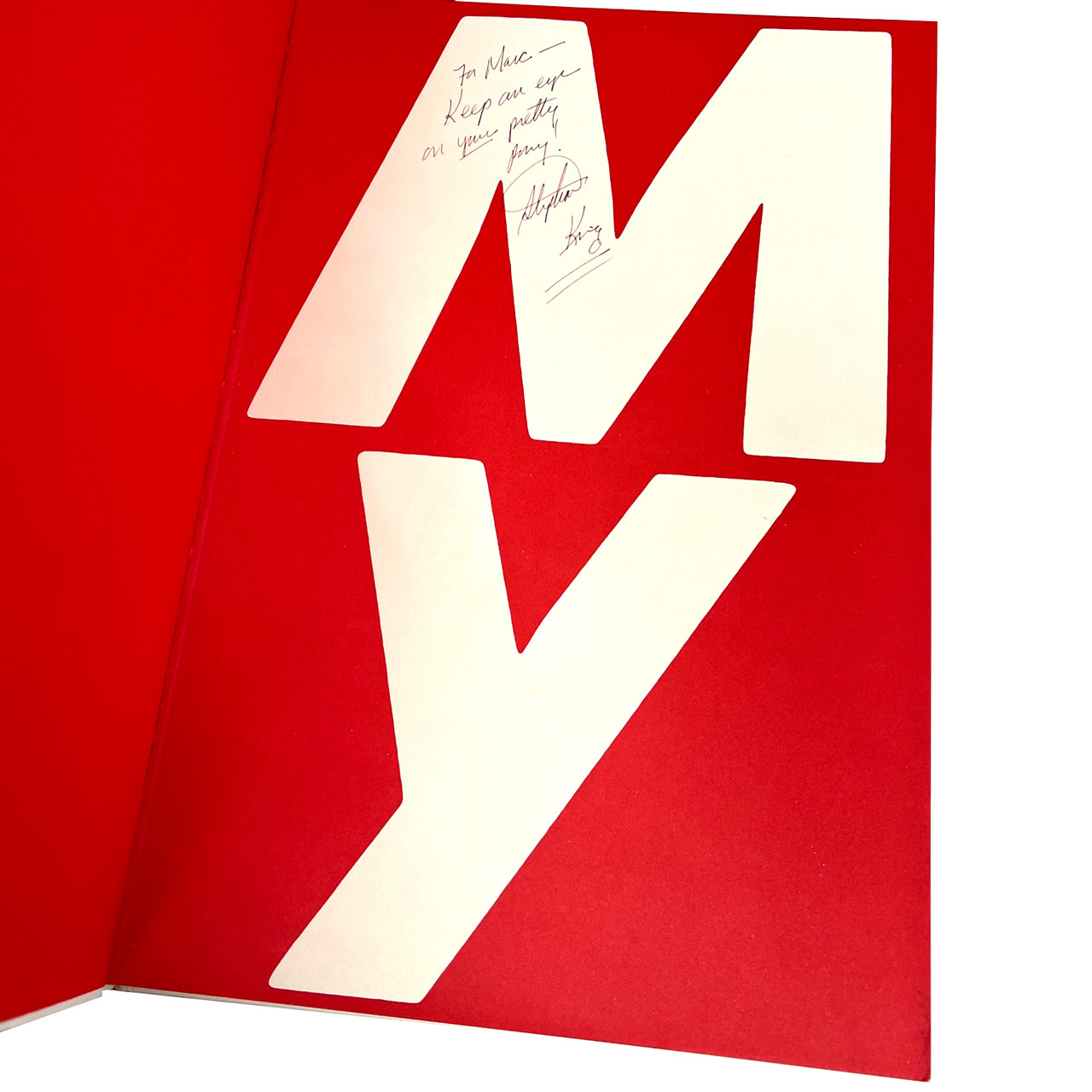 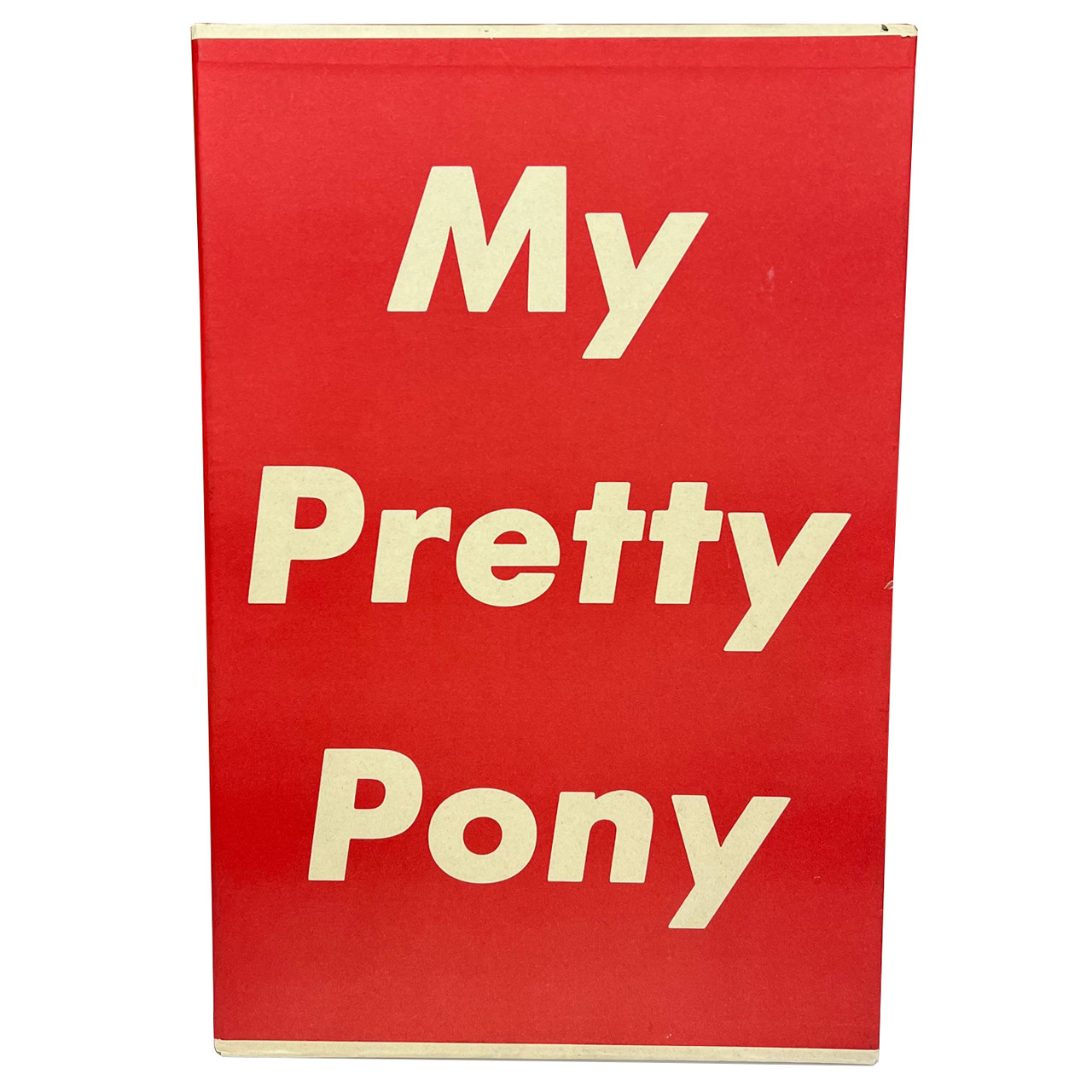 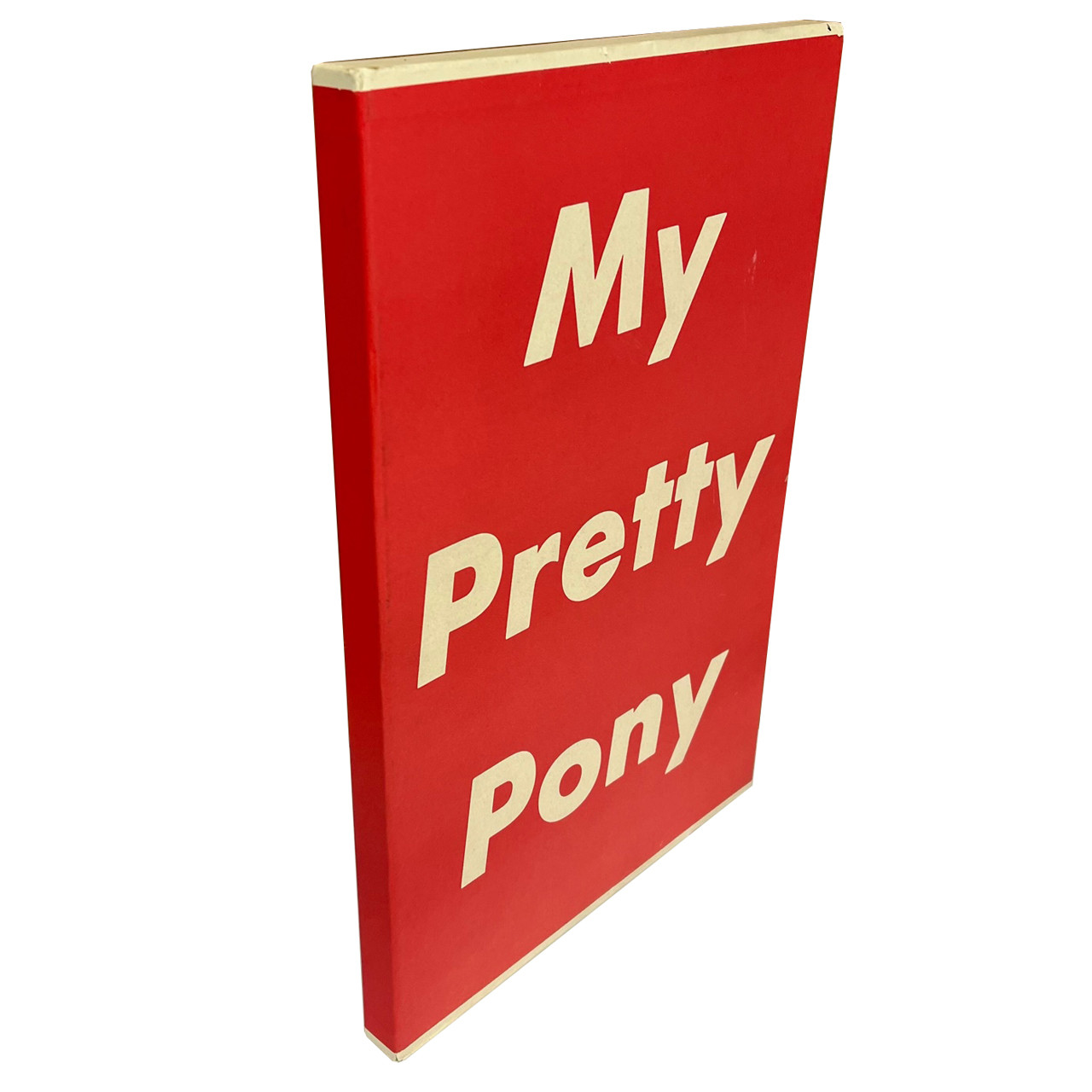 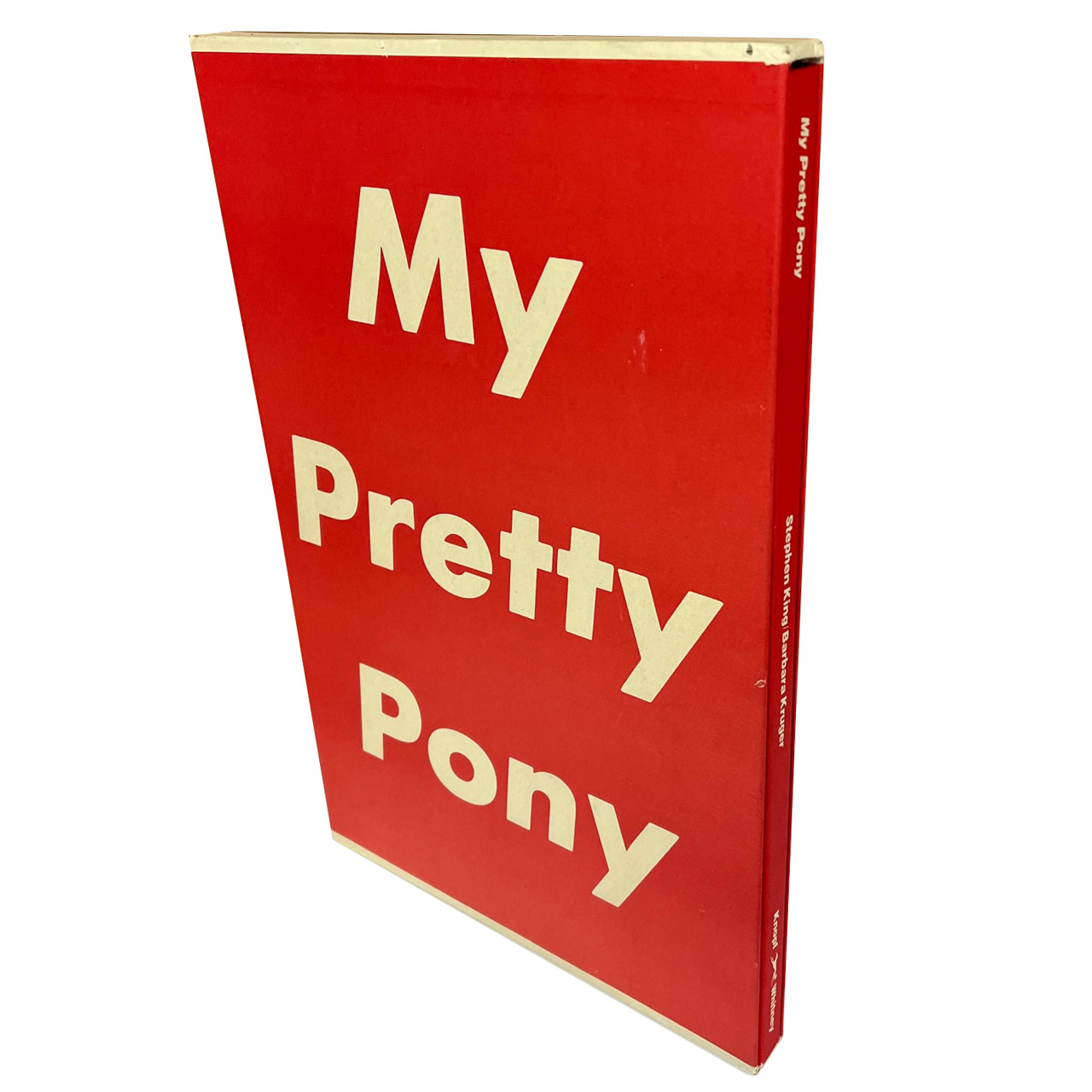 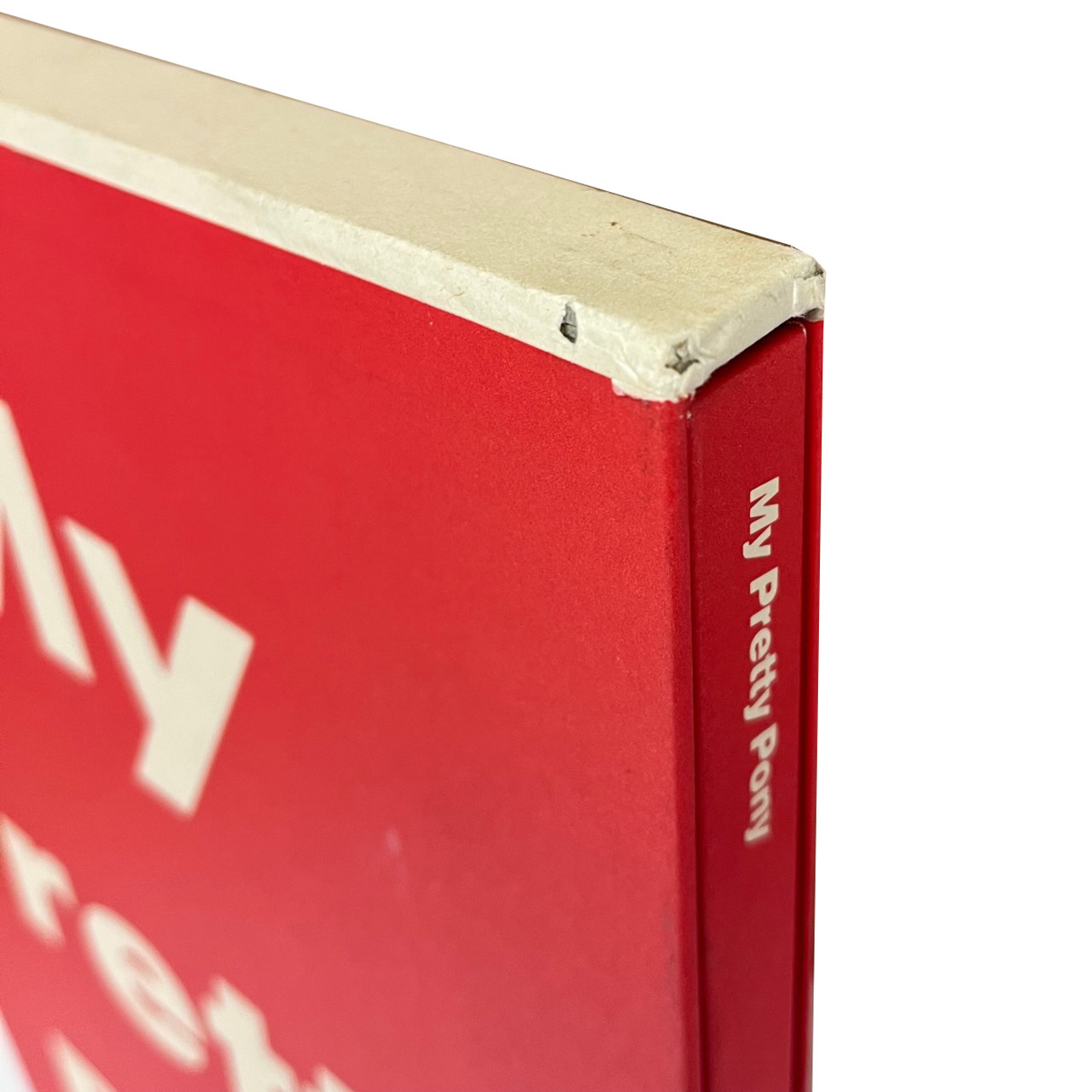 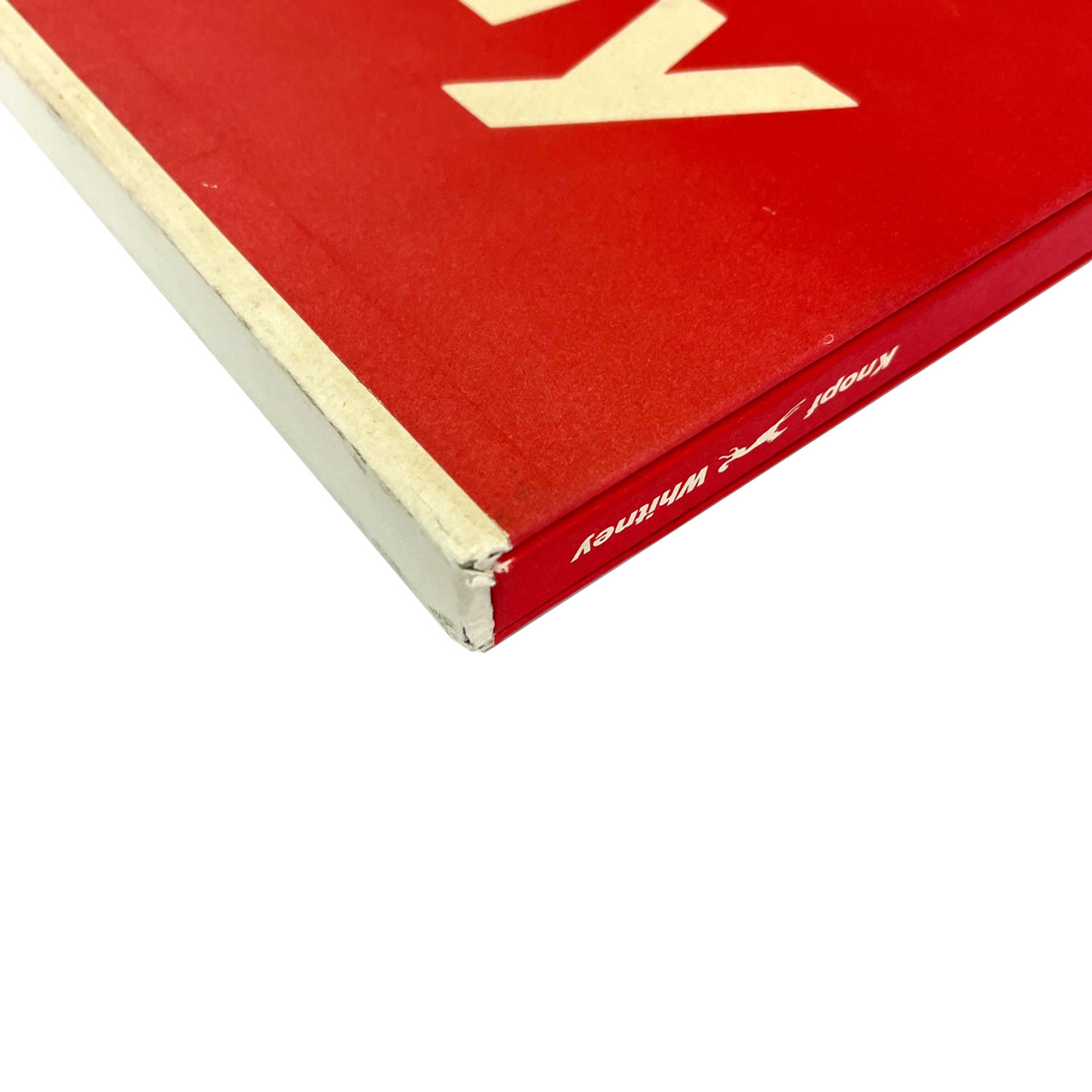 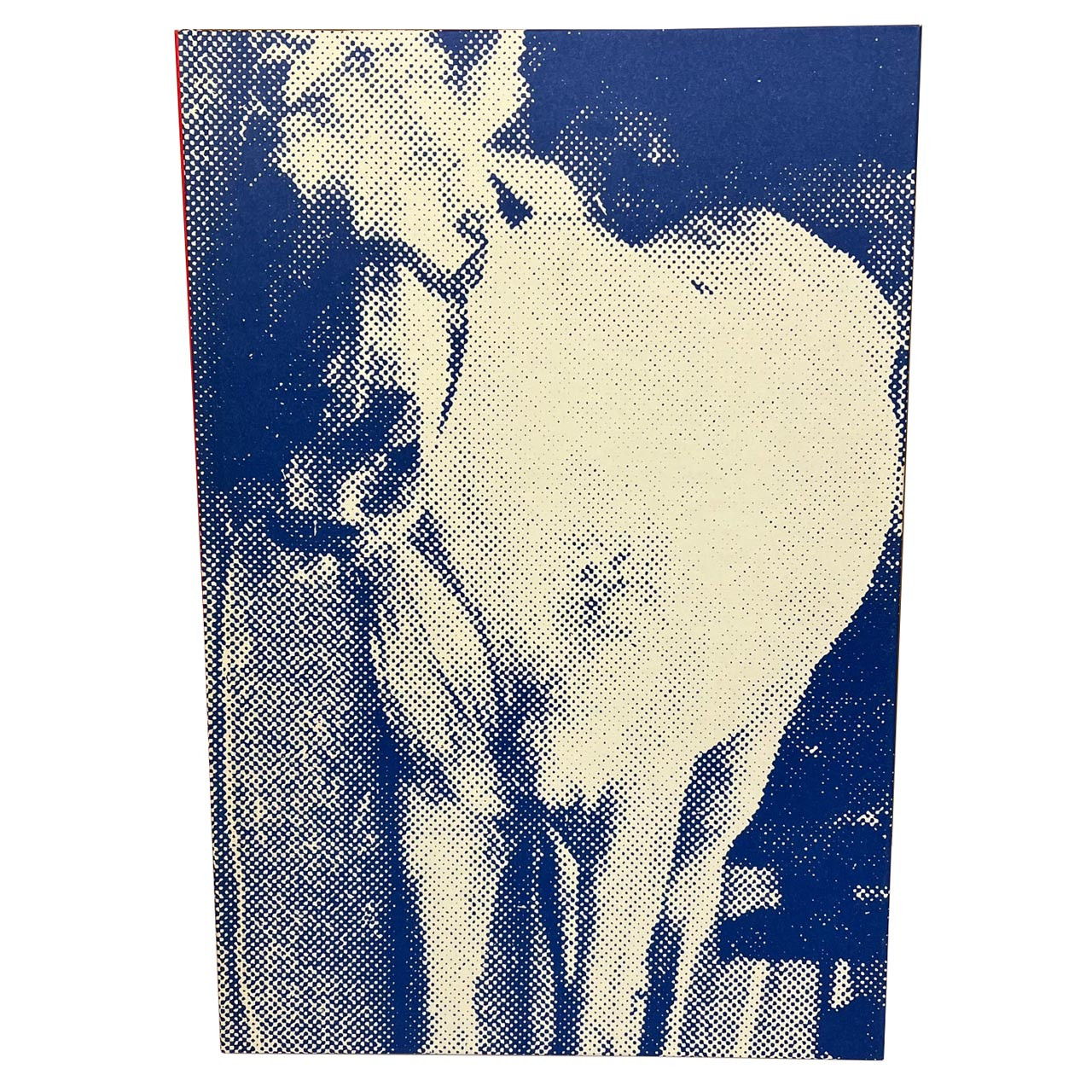 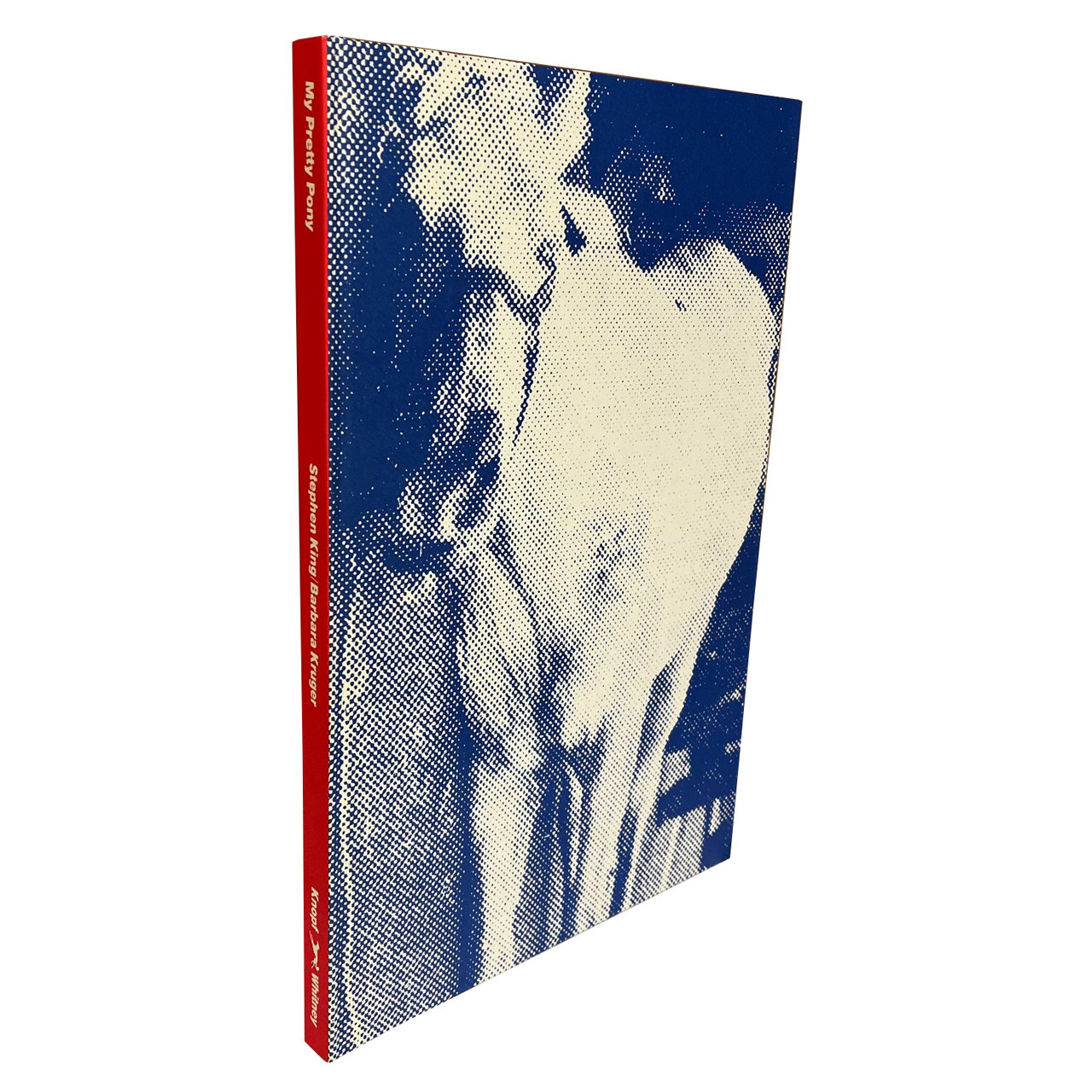 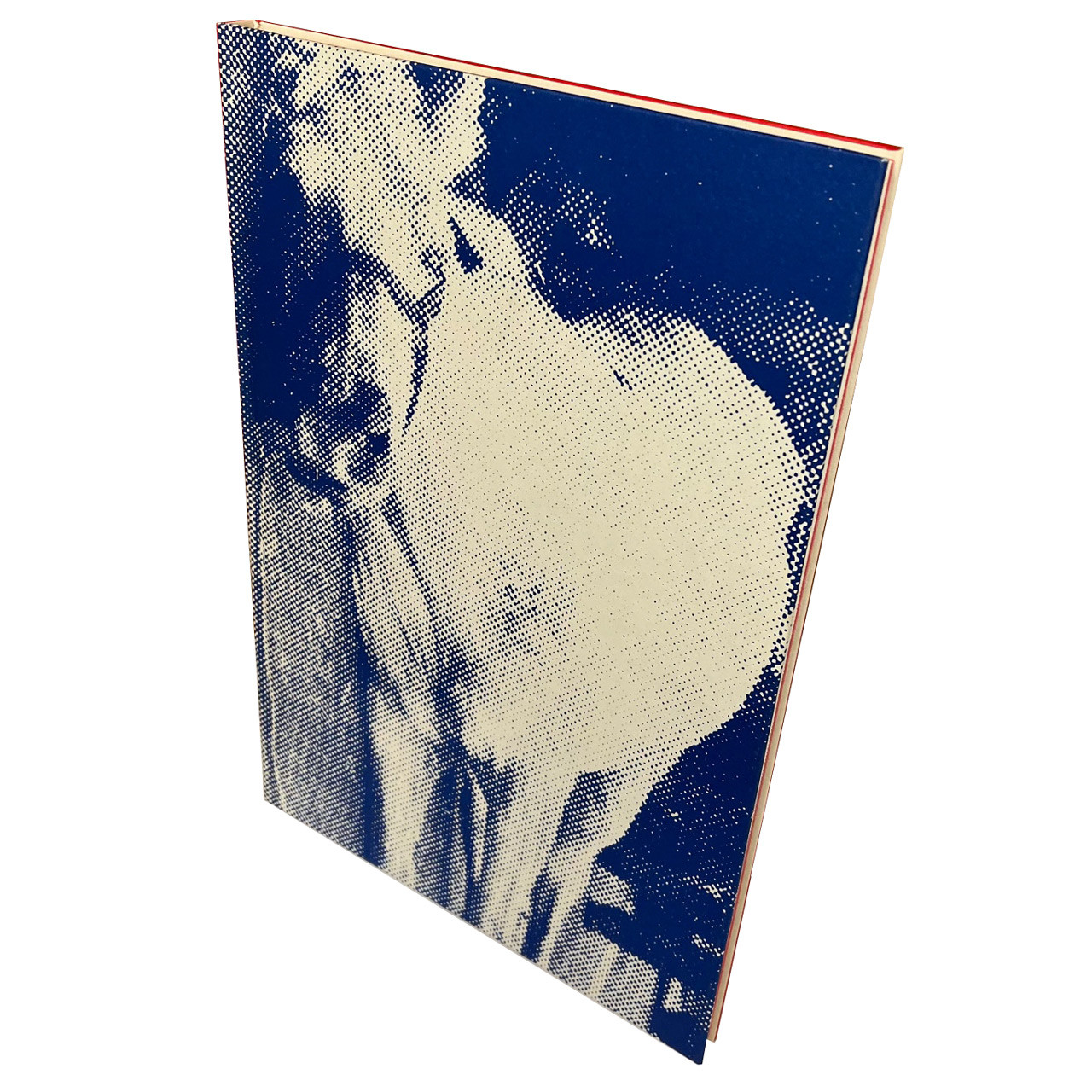 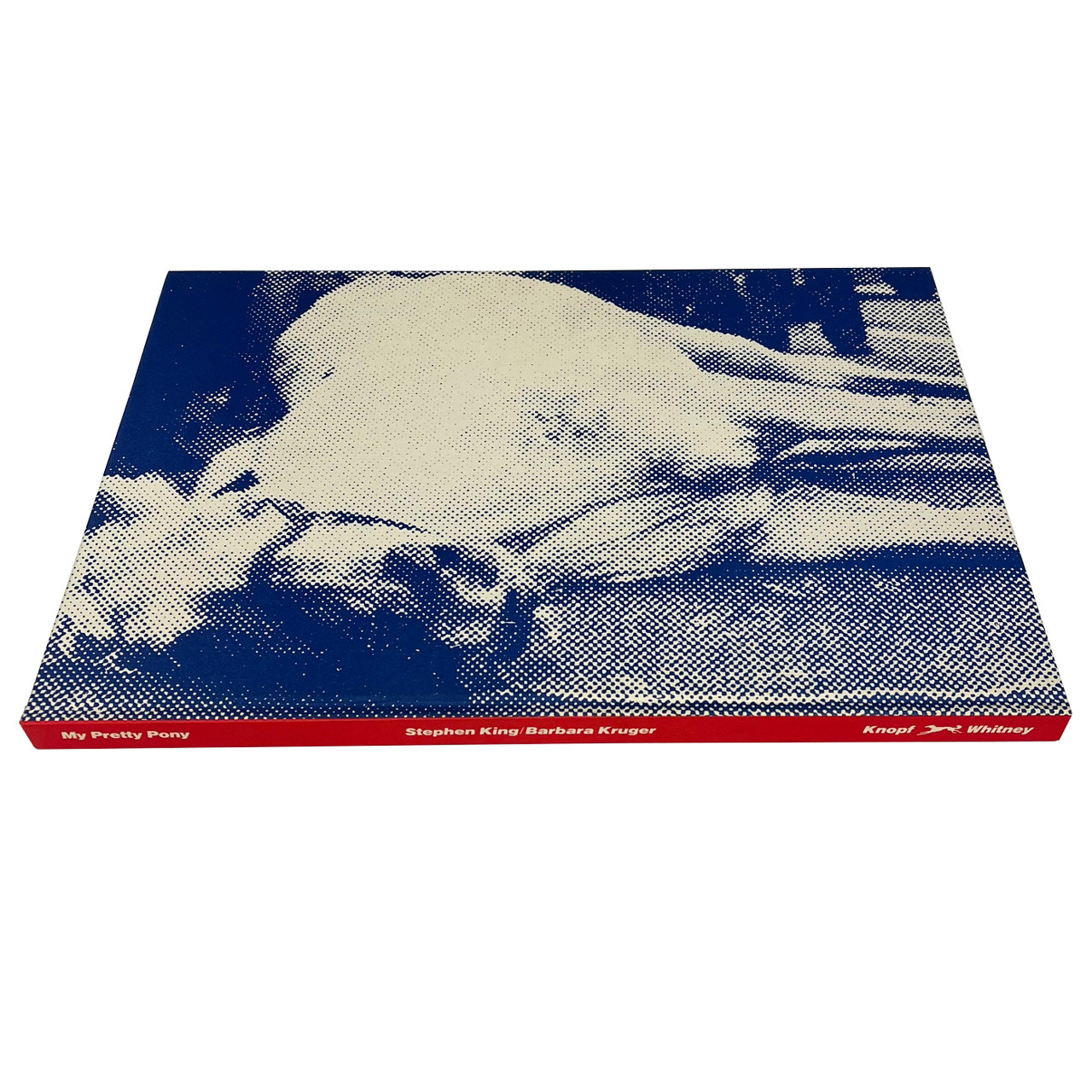 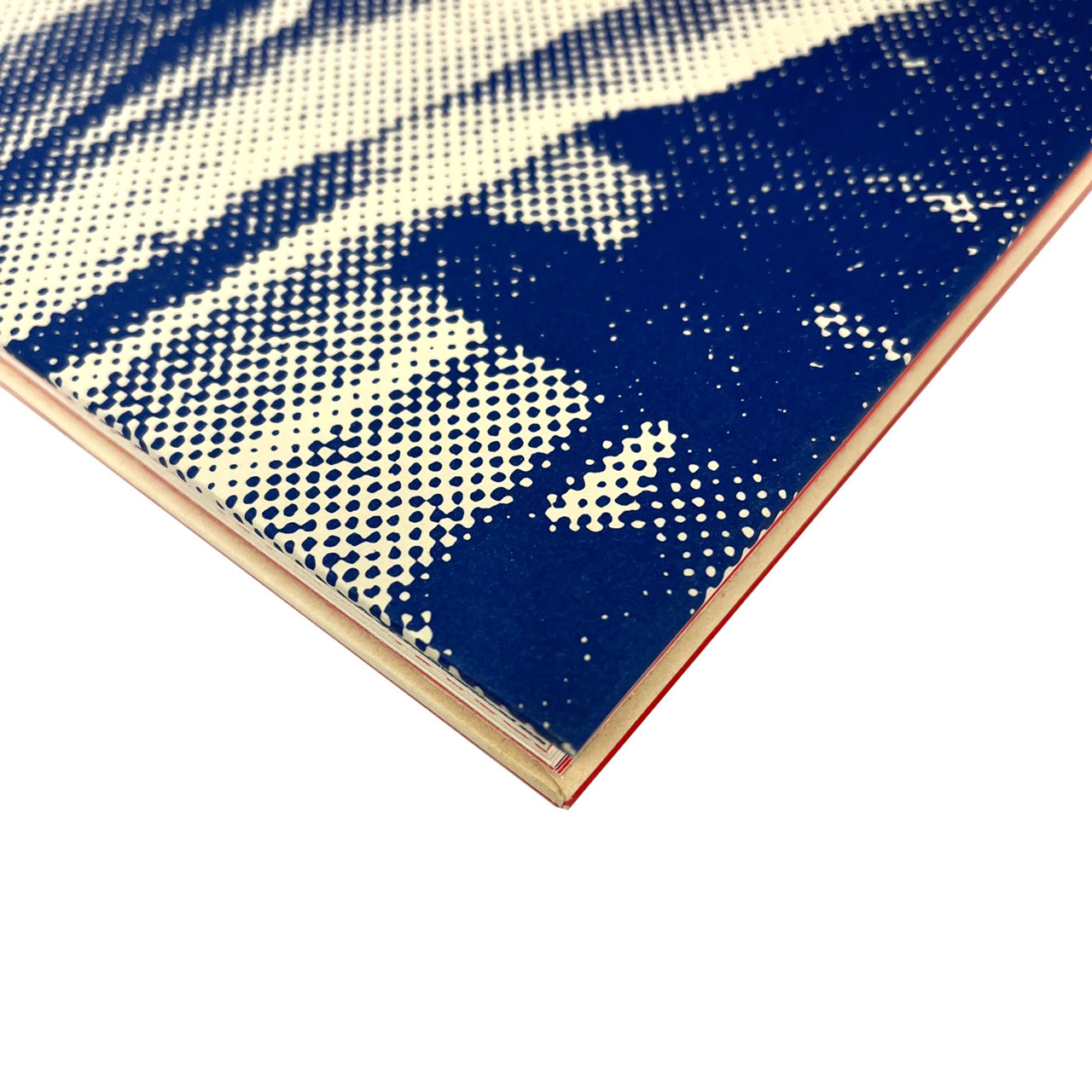 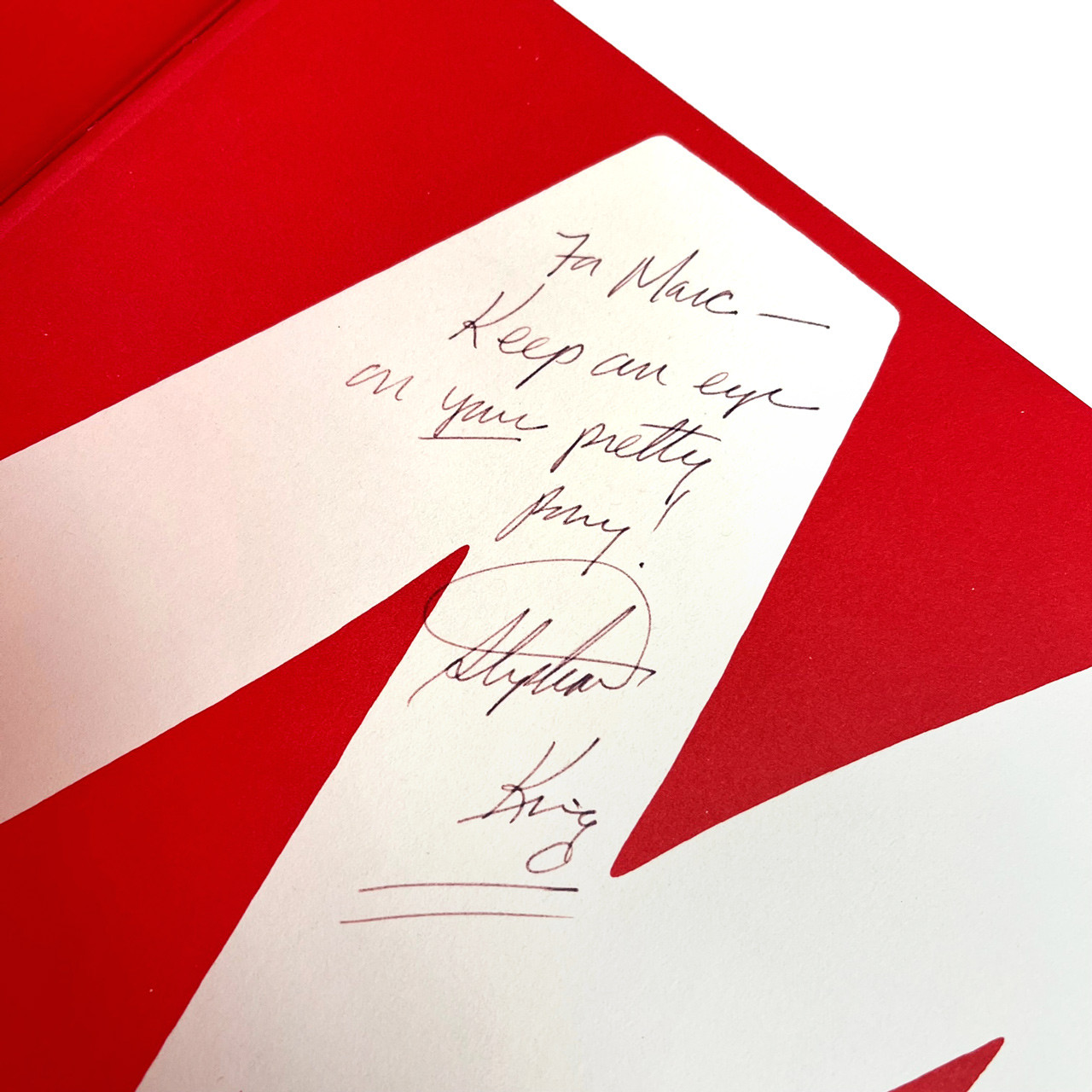 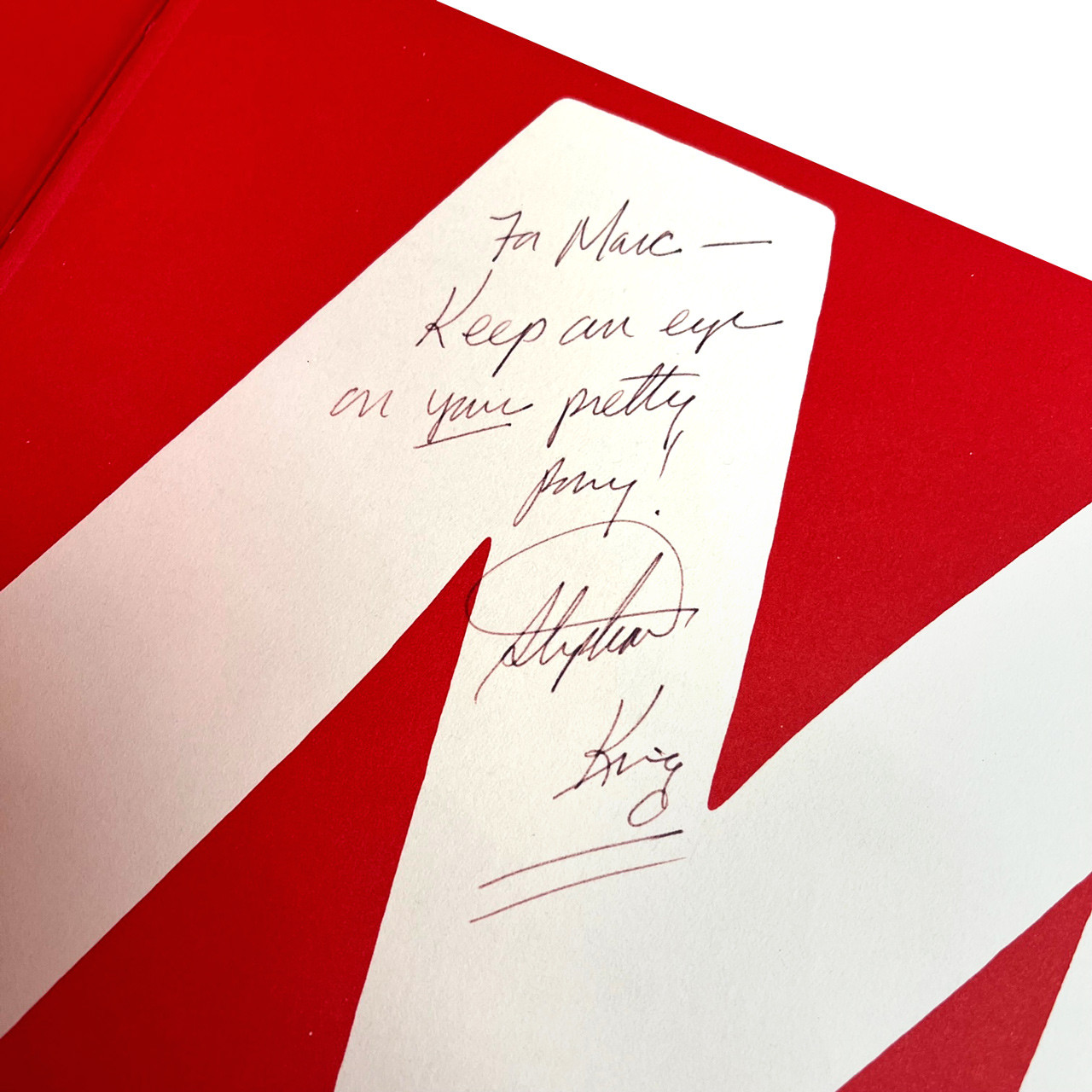 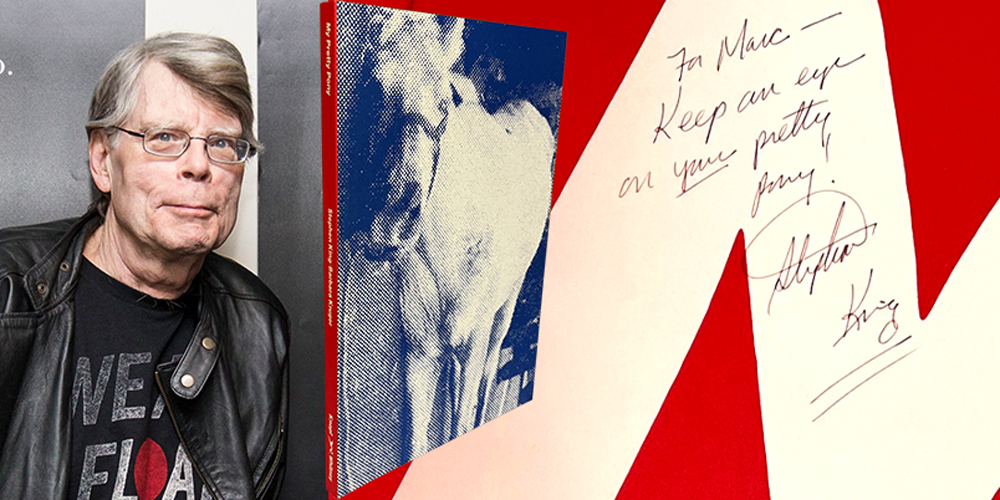 Knopf Publisher 1989. "My Pretty Pony" Stephen King. Signed First Edition. Overized deluxe edition without a dust-jacket as issued.  First printing of the US First Trade Edition. Published a year after the Witney signed limited edition. One of 15,000 copies of this over-sized book have been printed. Measuring 9.25x13.5 inches, this edition includes the original matching red slipcase as issued. Lifetime Guarantee of Authenticity with bookseller issued COA.

A wonderful over sized collectible that is now OUT OF PRINT and difficult to locate.

Personally inscribed by Stephen King directly onto the large M portion within the book :

"For Marc - Keep an eye on your pretty pony! Stephen King" 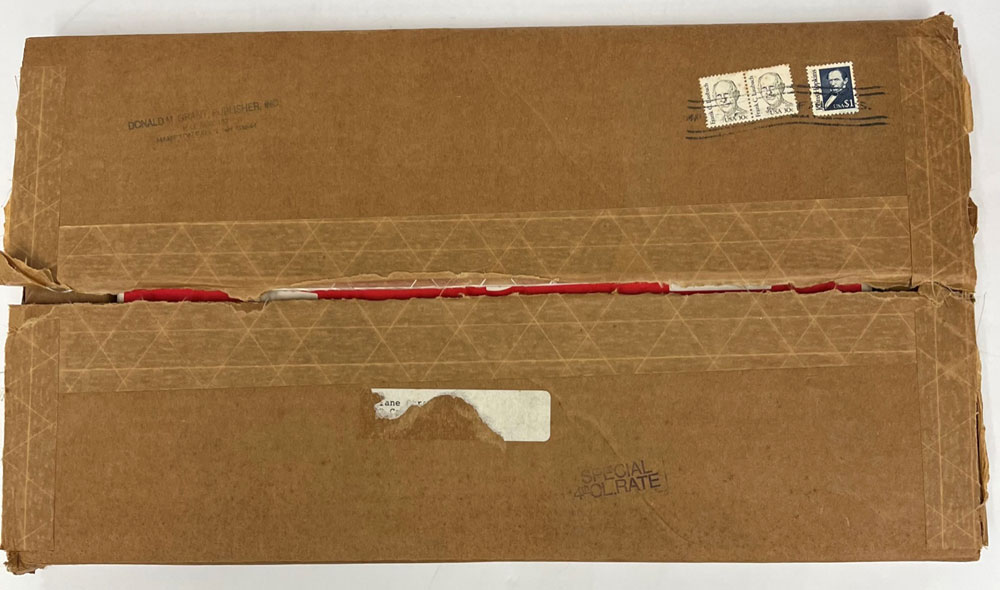 About My Pretty Pony

My Pretty Pony is a short story by Stephen King. Originally published in 1989 as an over sized, slipcased edition (with stainless steel faced boards and digital clock inset into front cover) commissioned for the Whitney Museum in New York as a coffee table book, it was later included in King's collection Nightmares and Dreamscapes.

In his note on the story in Nightmares and Dreamscapes, King says the piece was originally a flashback scene included in a full-length novel-in-progress in which the grandson was now a brutal hitman reflecting on his childhood. The novel was intended to be published under King's Richard Bachman pseudonym, but the author grew disenchanted with the work, and finally scrapped it entirely.

King references this concept again in the "Sorry, Right Number" screenplay (also collected in Nightmares and Dreamscapes) where a direction states that a character's "pretty pony has done its fair share of running" (indicating that they have aged relatively rapidly).

"My Pretty Pony" is also the name of a fictional indie rock band in "Debasement Tapes", an episode of the TV series Veronica Mars.

NF+ with some light flaws to the corners of the book and slipcase as shown. No attached bookplates or indication of any removed. The book is free of any marks, writings or stamps. The slipcase has light superficial edge-wear in a couple spots. The graphics are clear and not fades. A wonderful bright and clean autographed collectible. Photos are of the actual item.