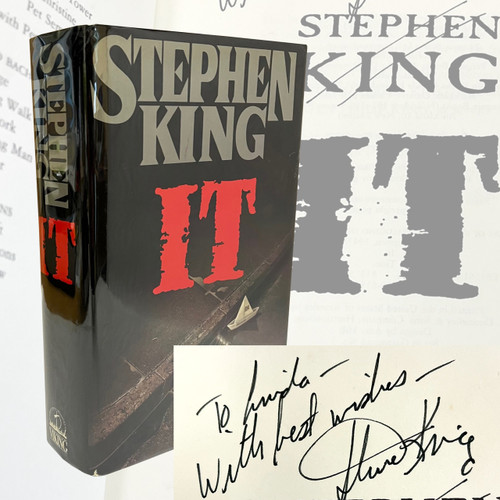 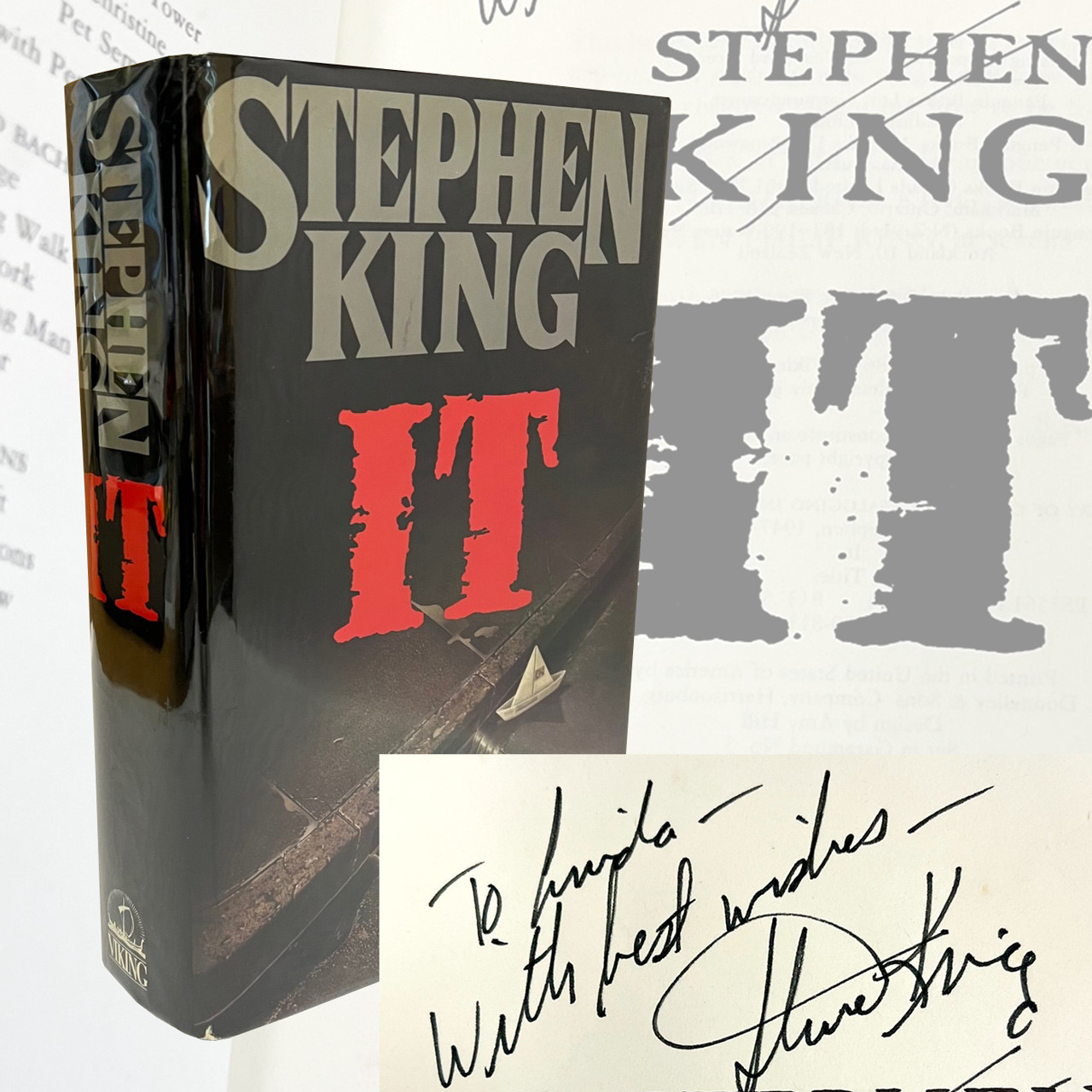 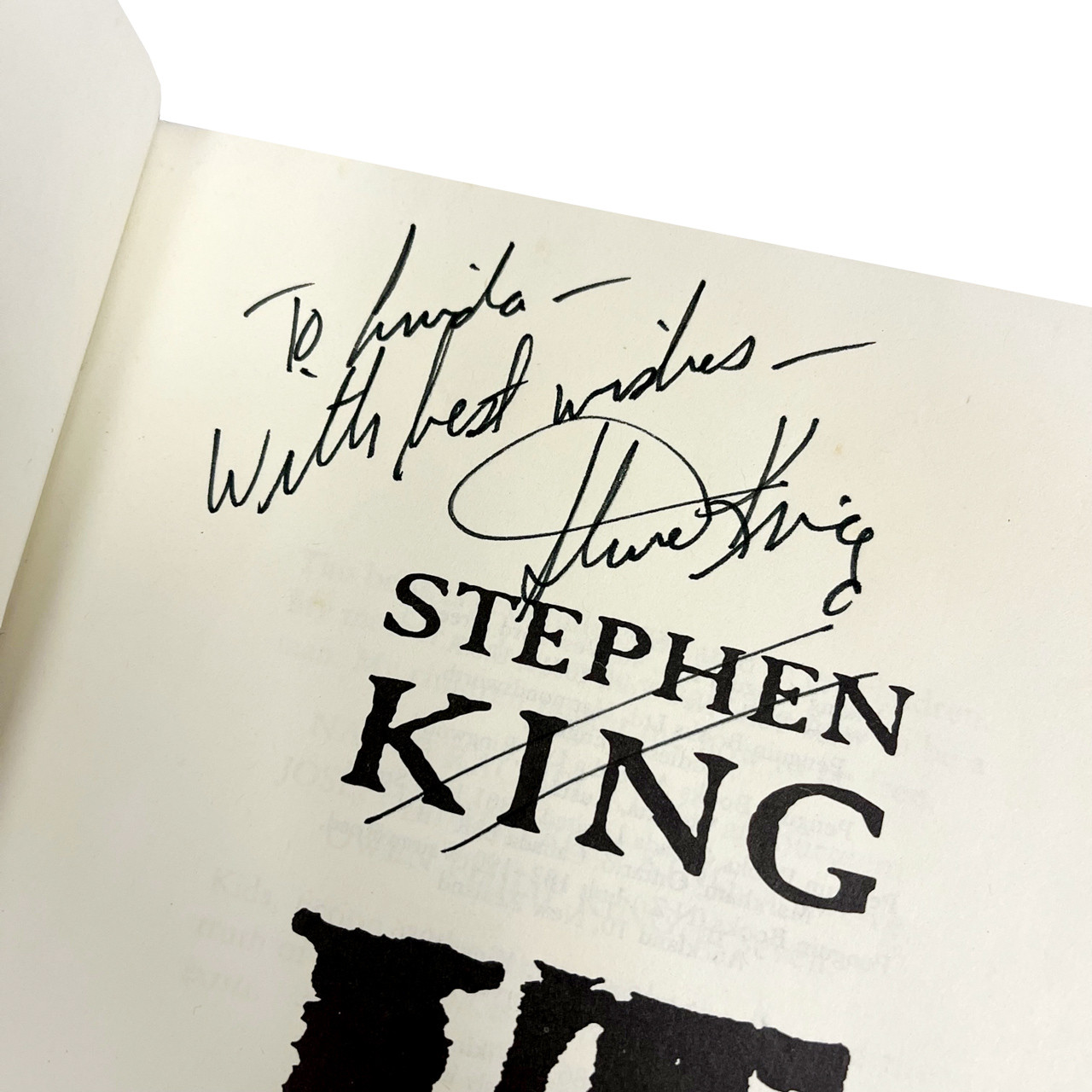 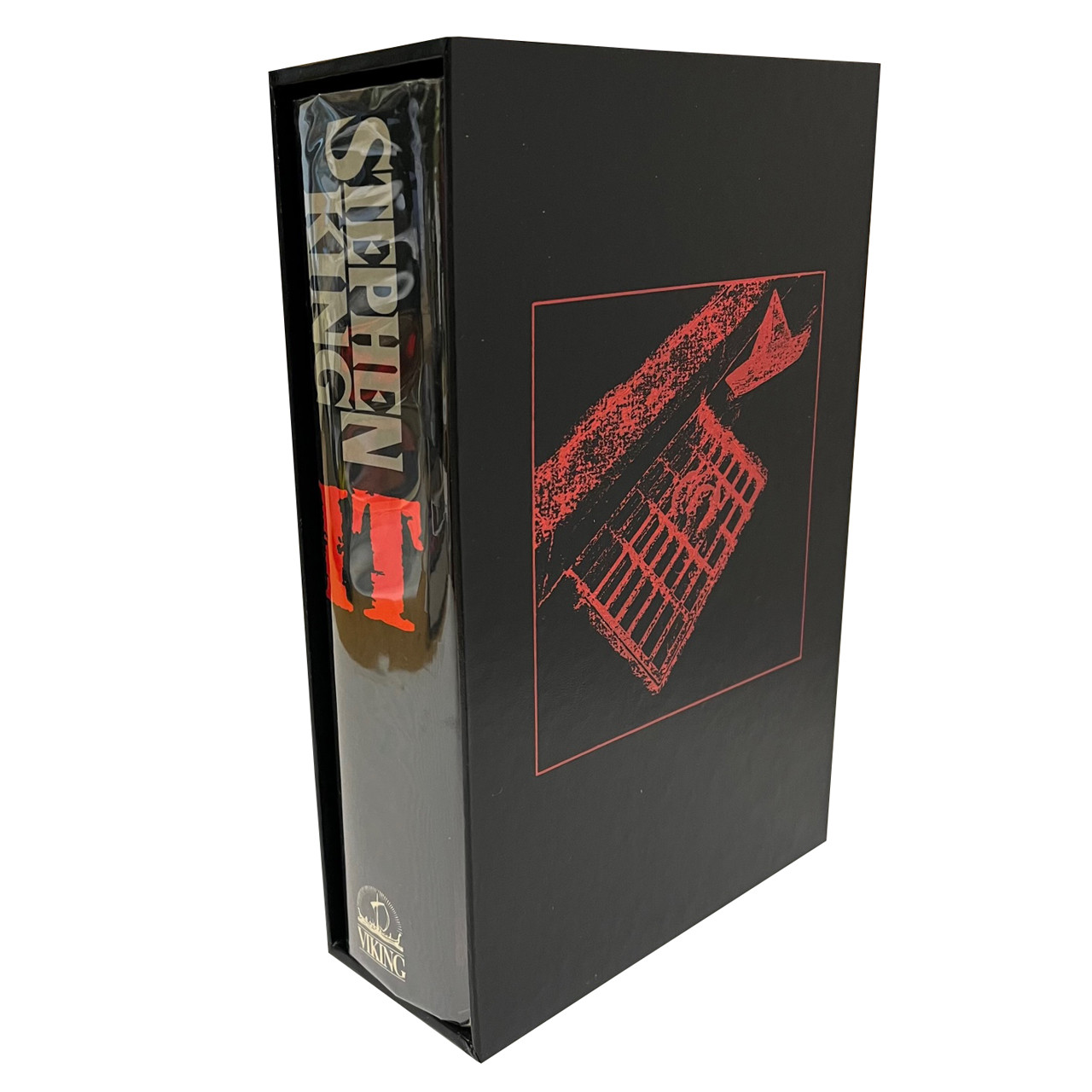 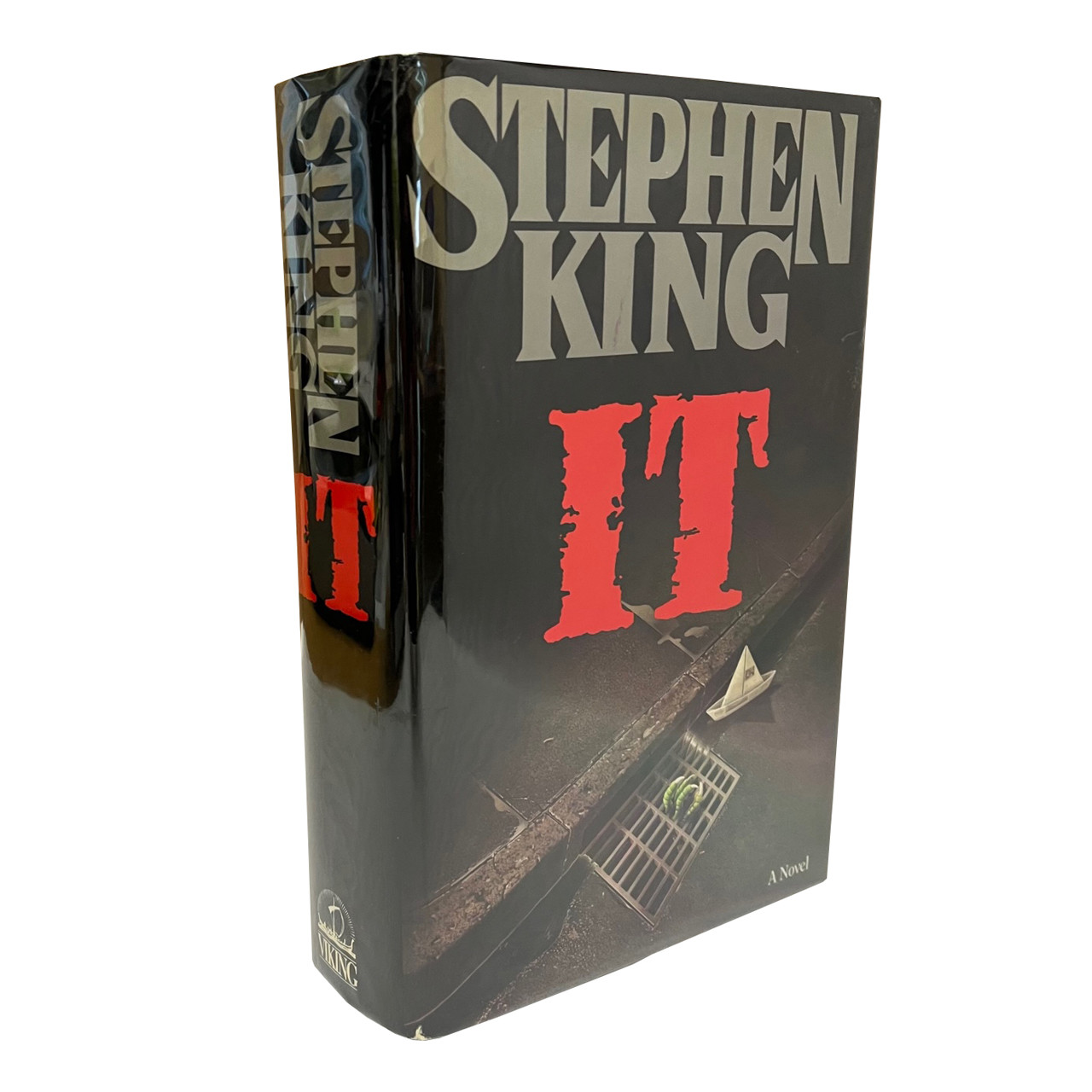 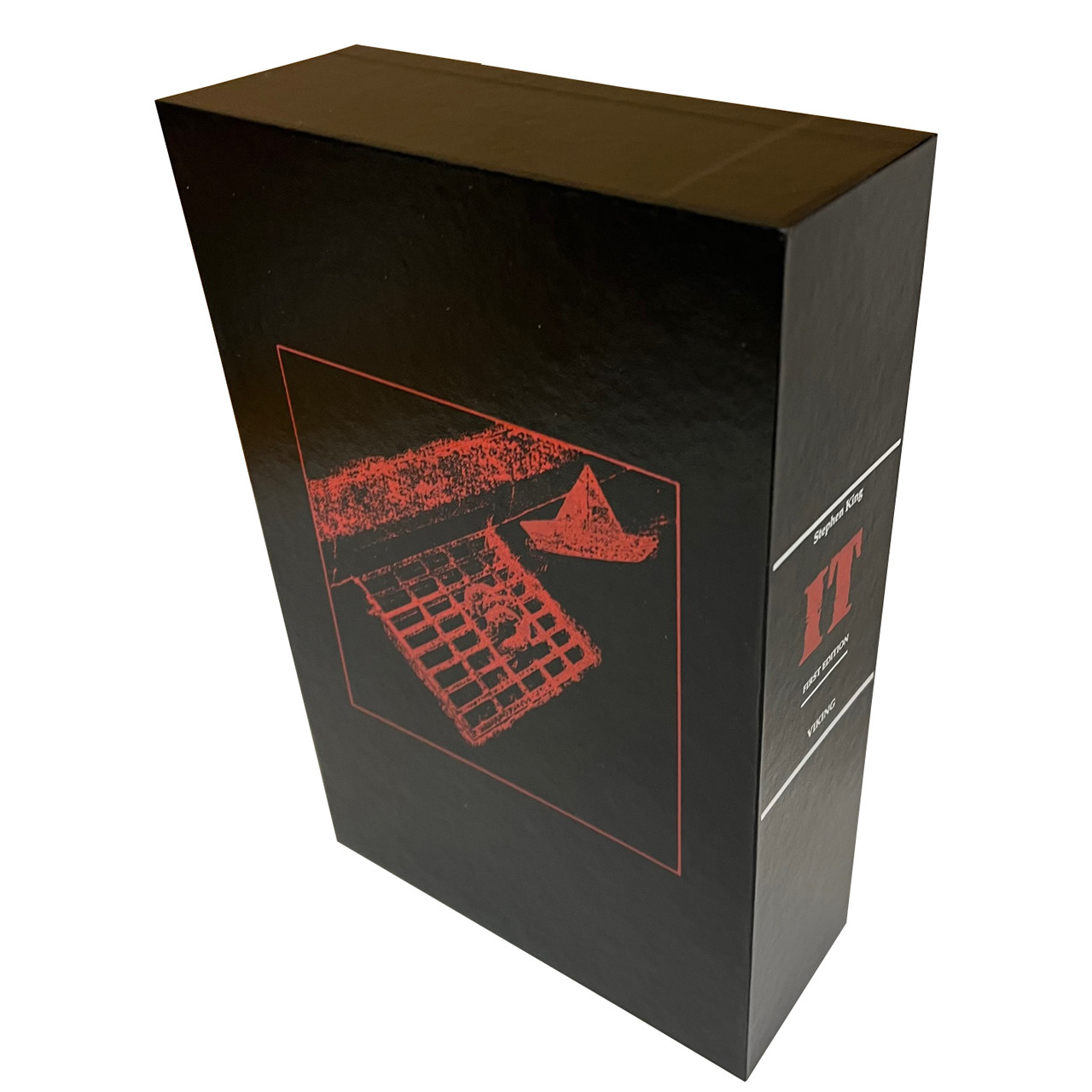 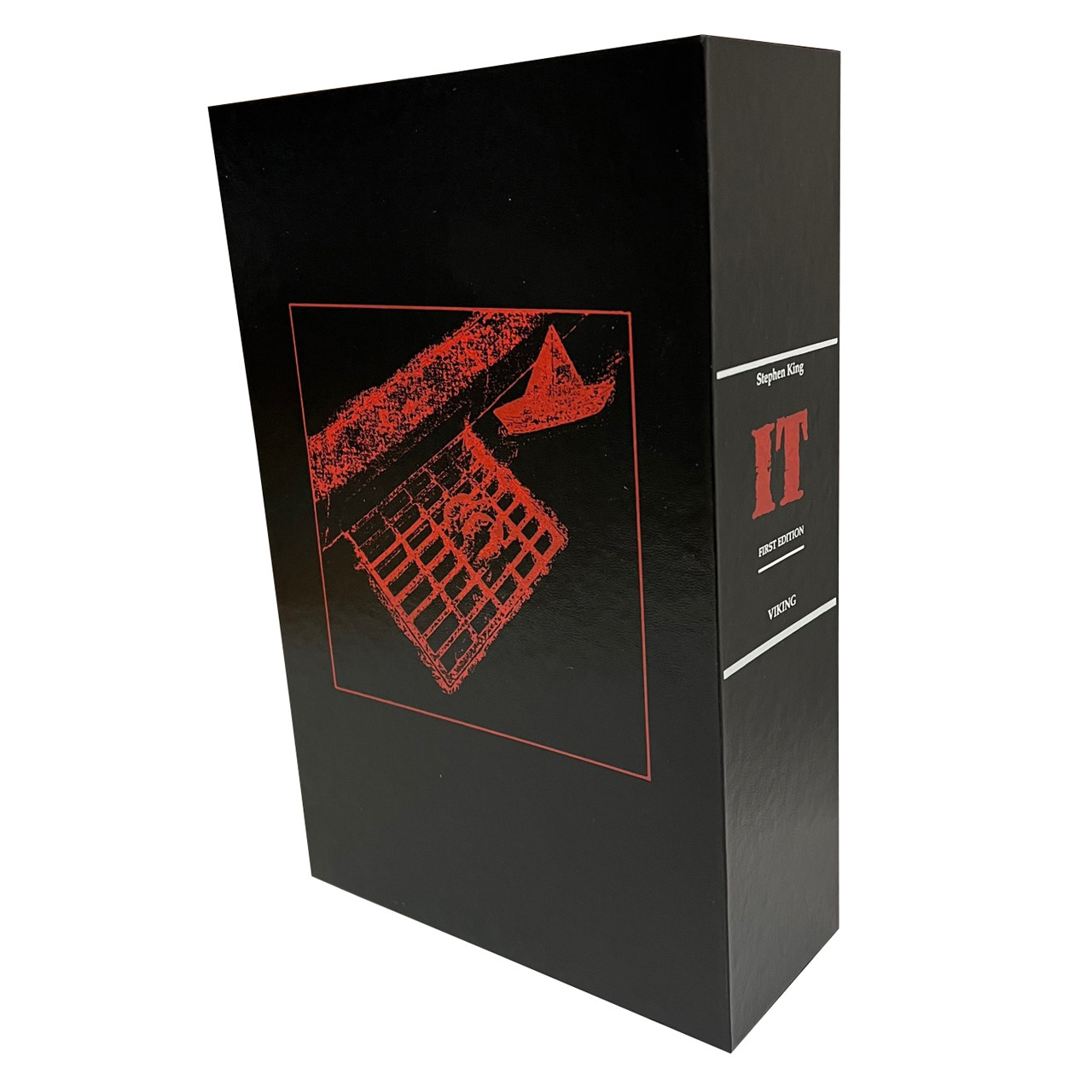 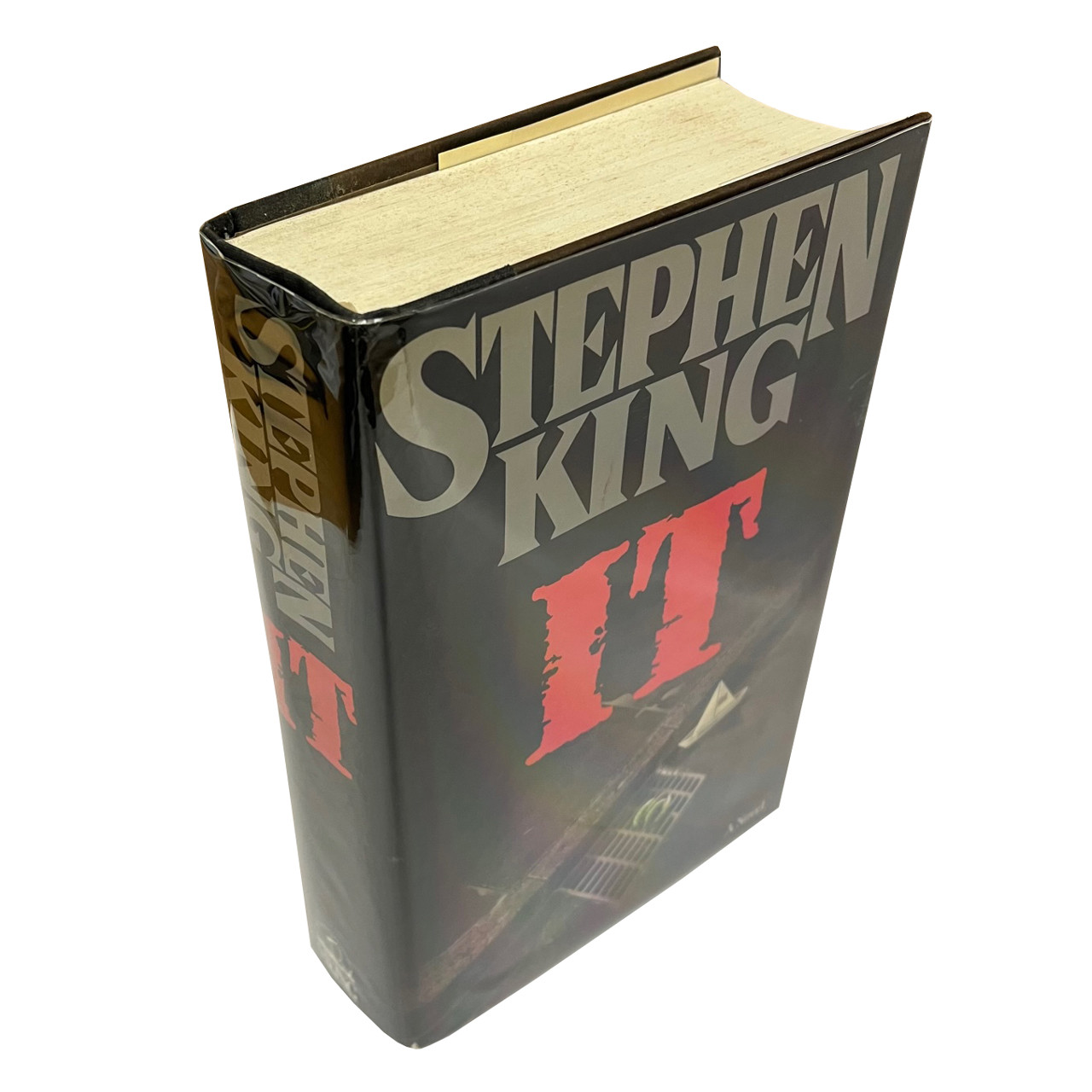 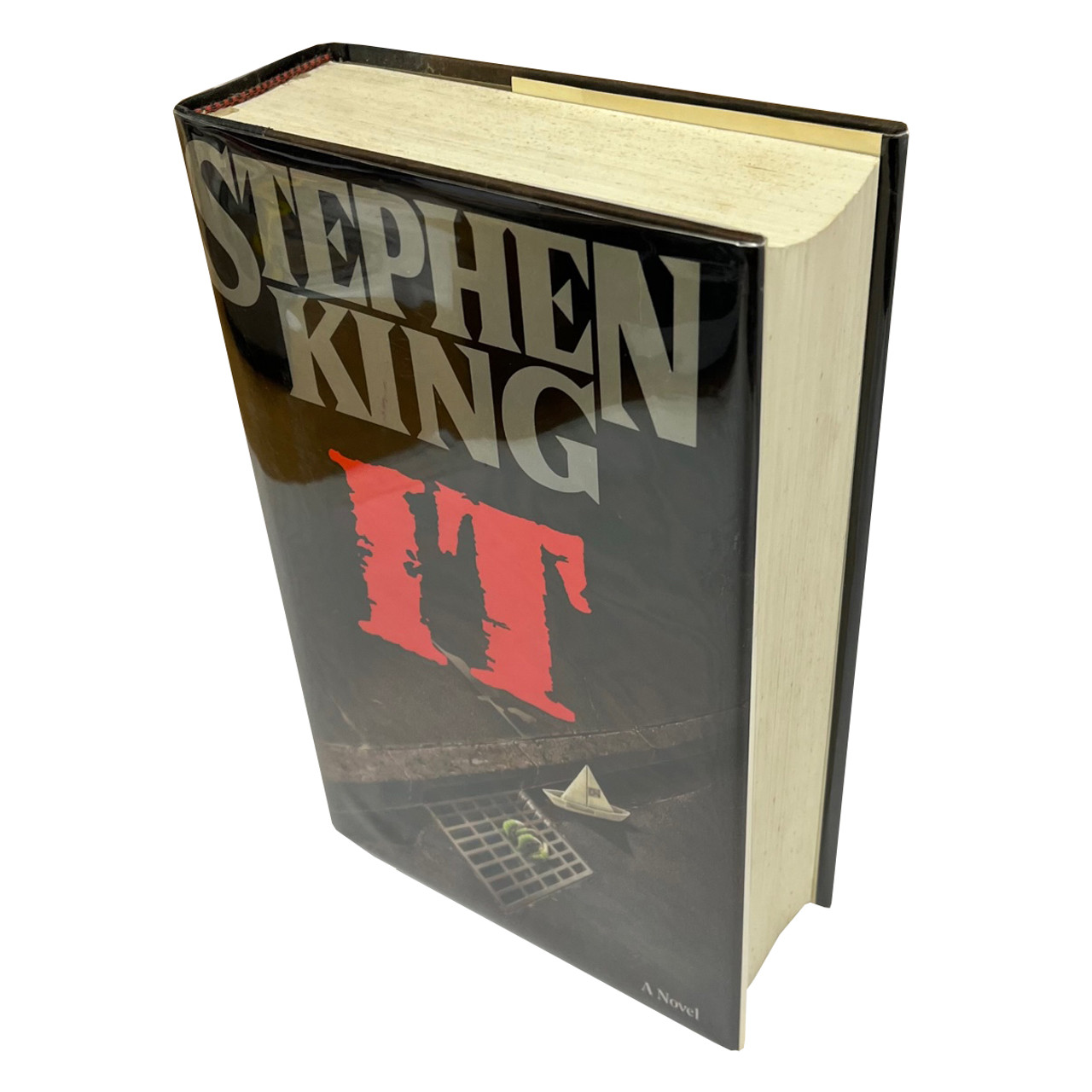 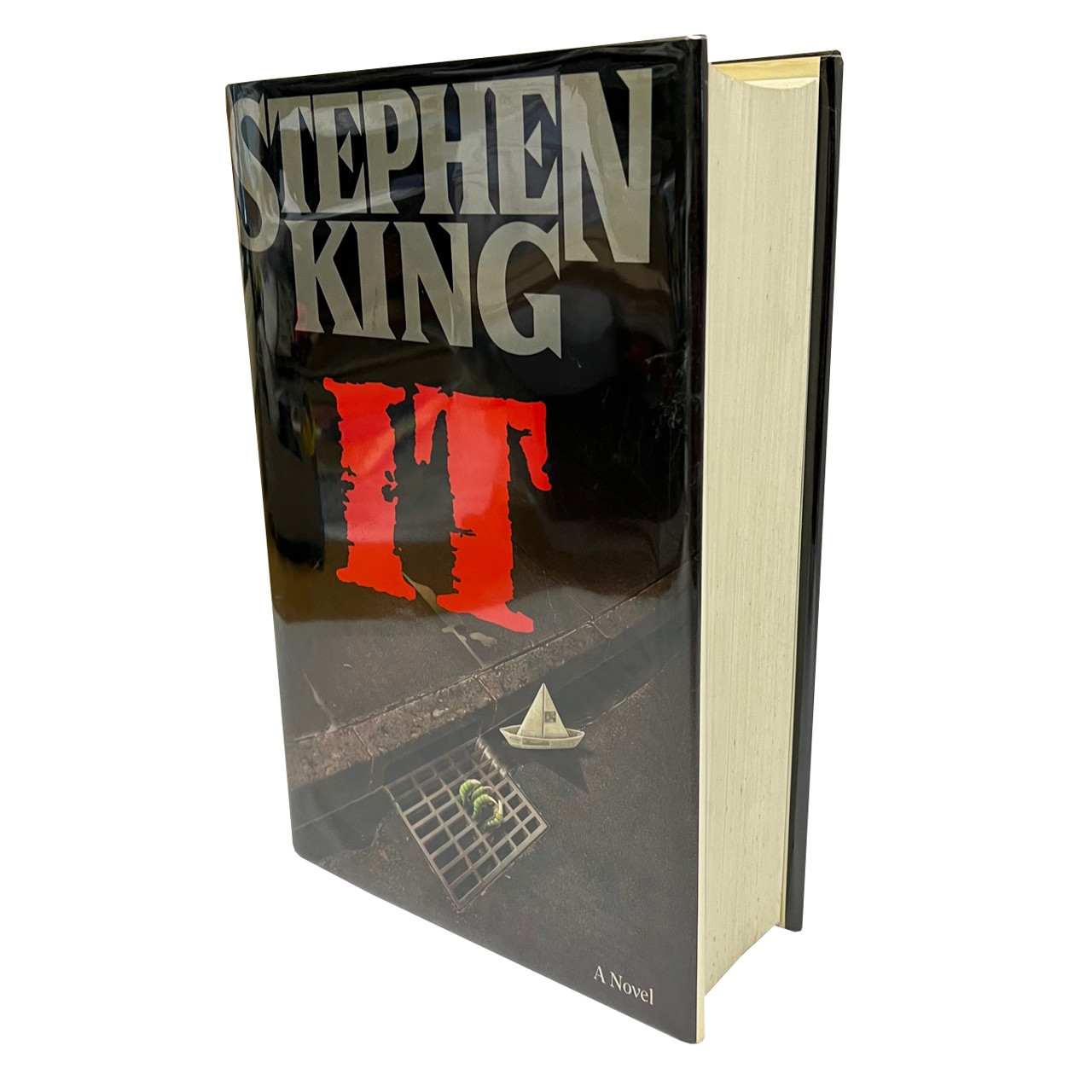 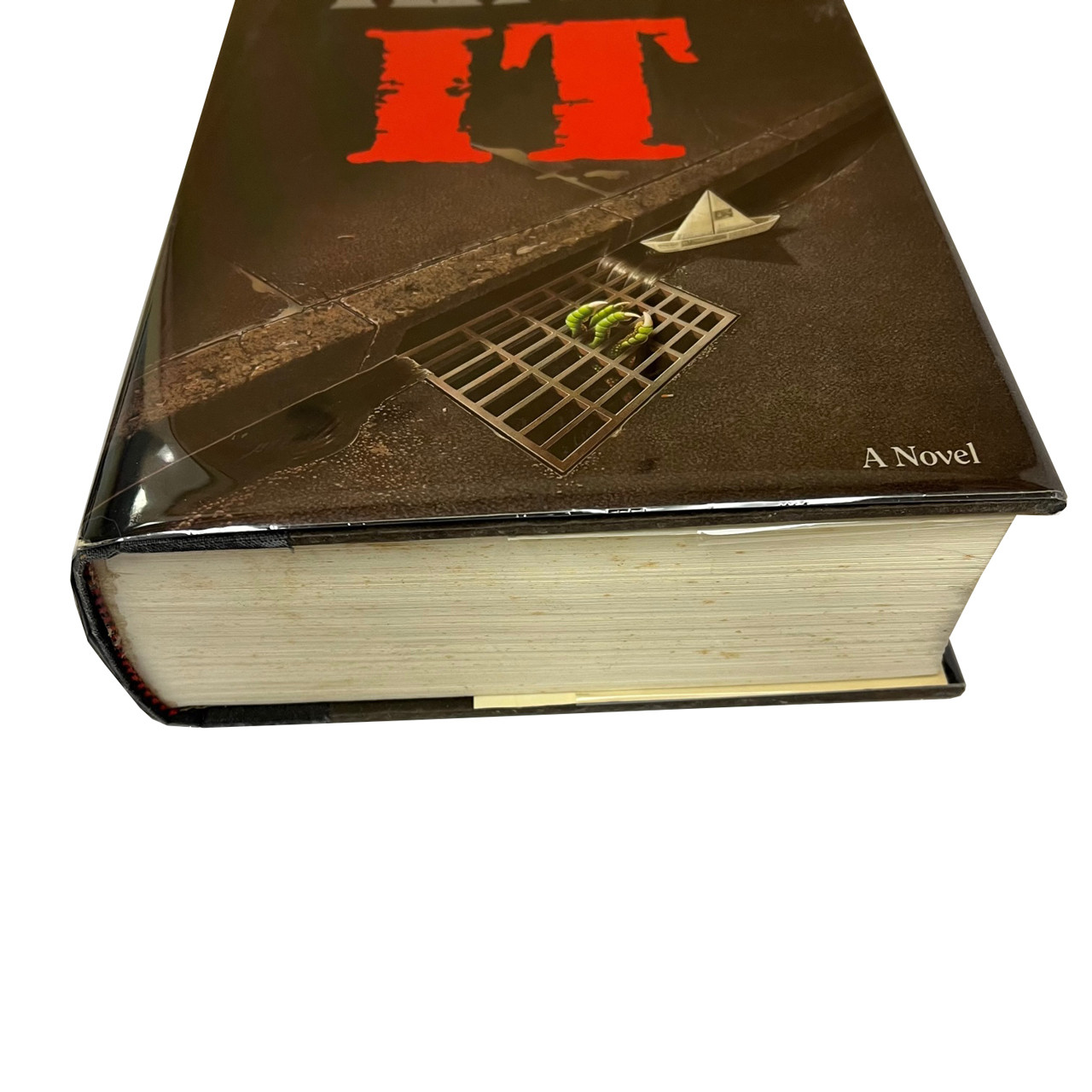 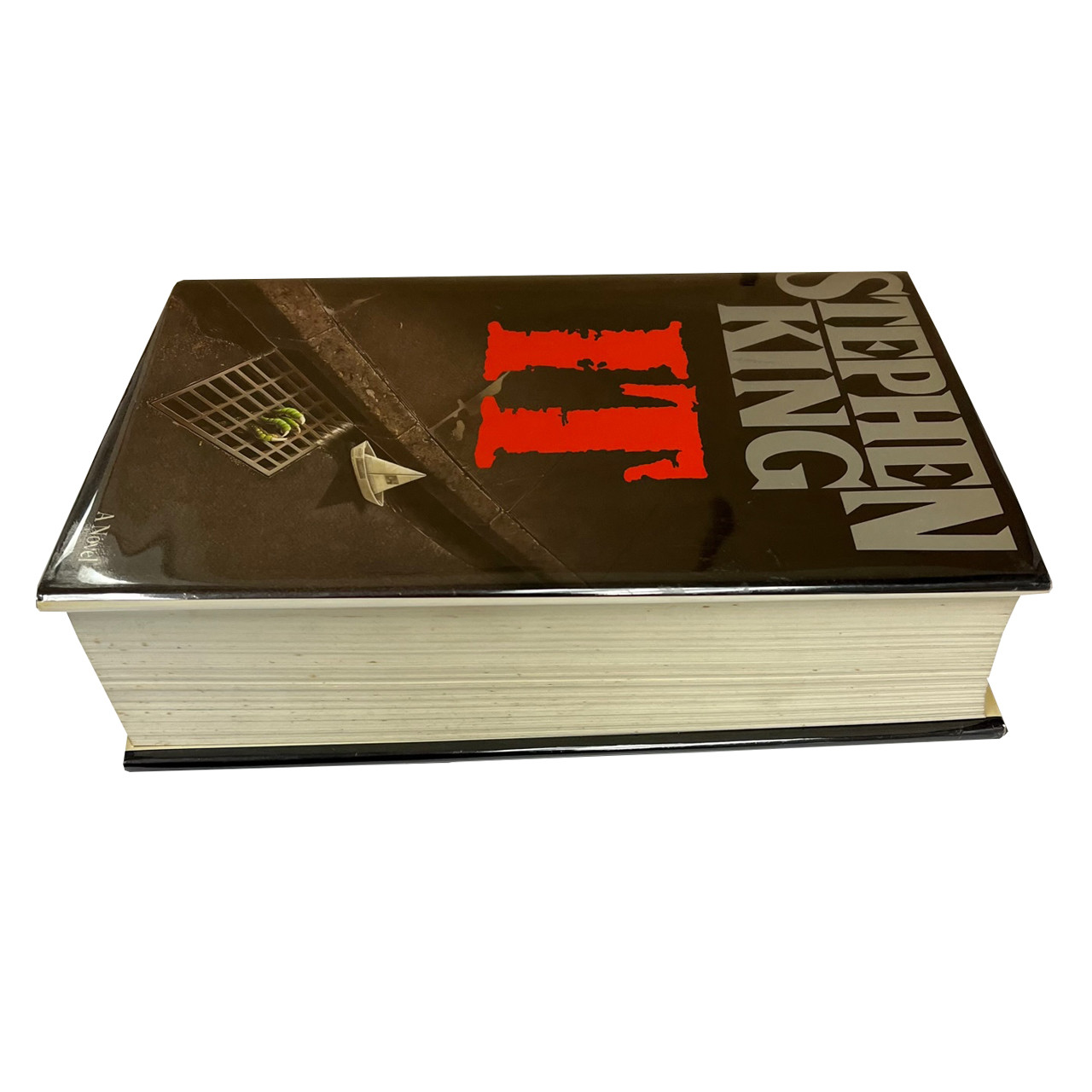 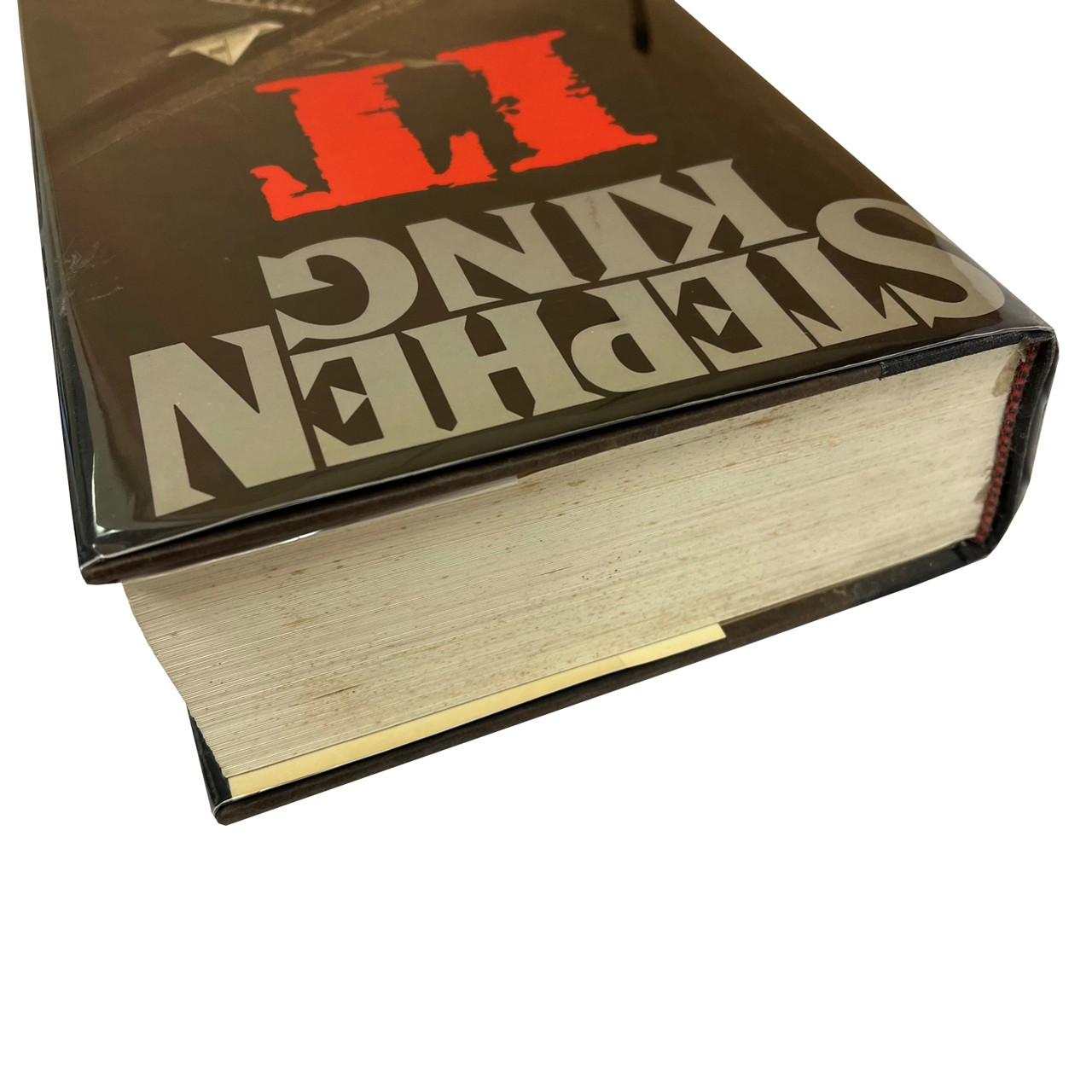 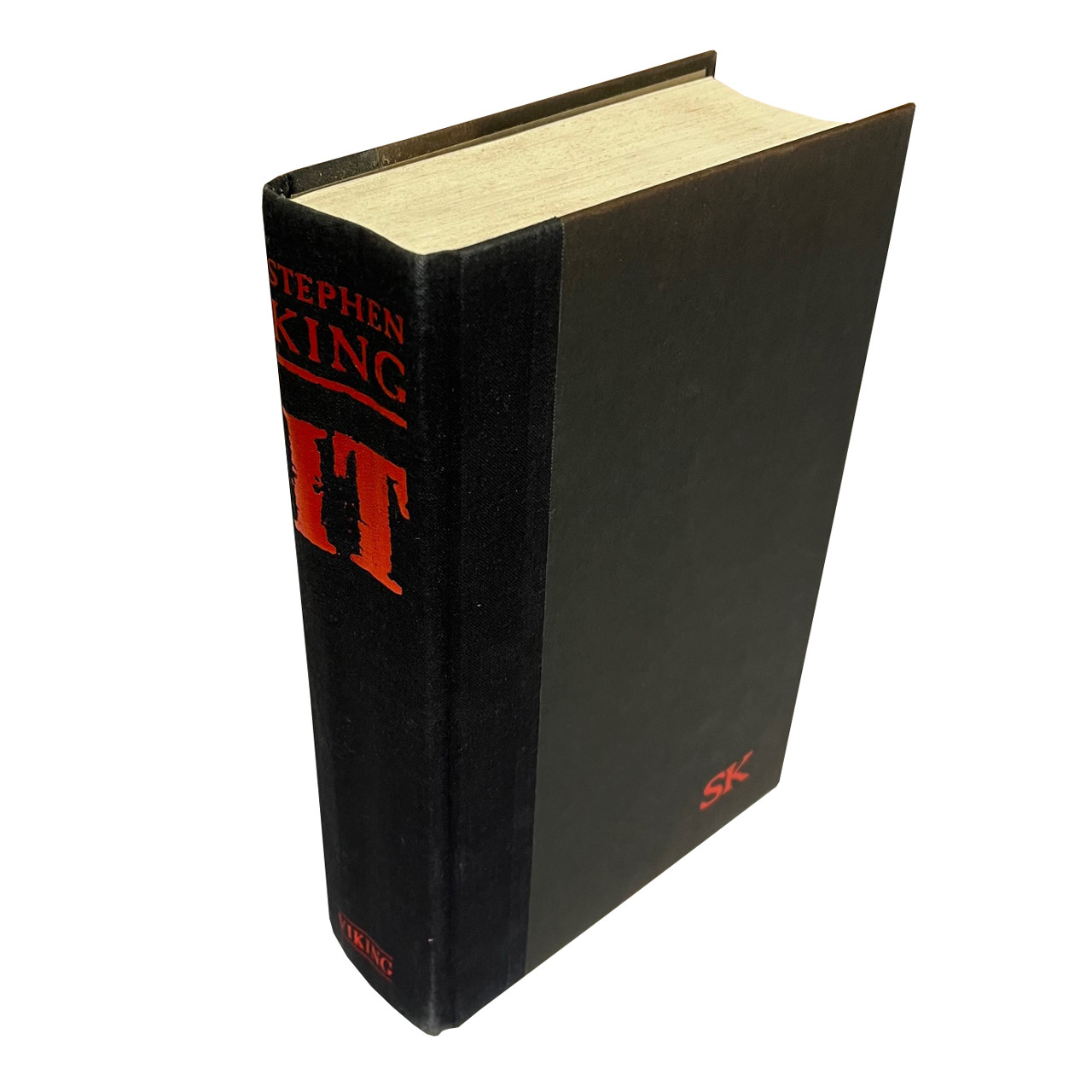 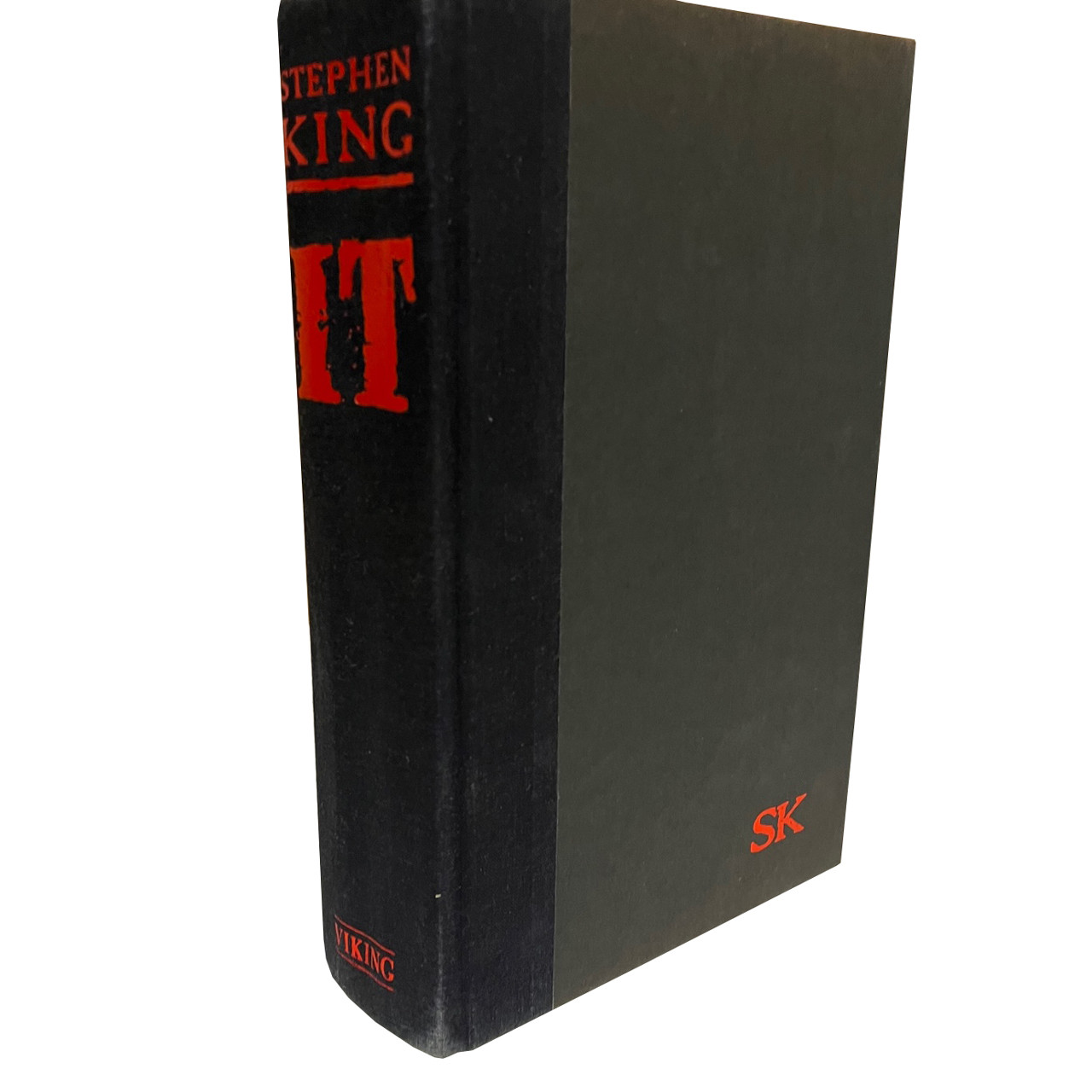 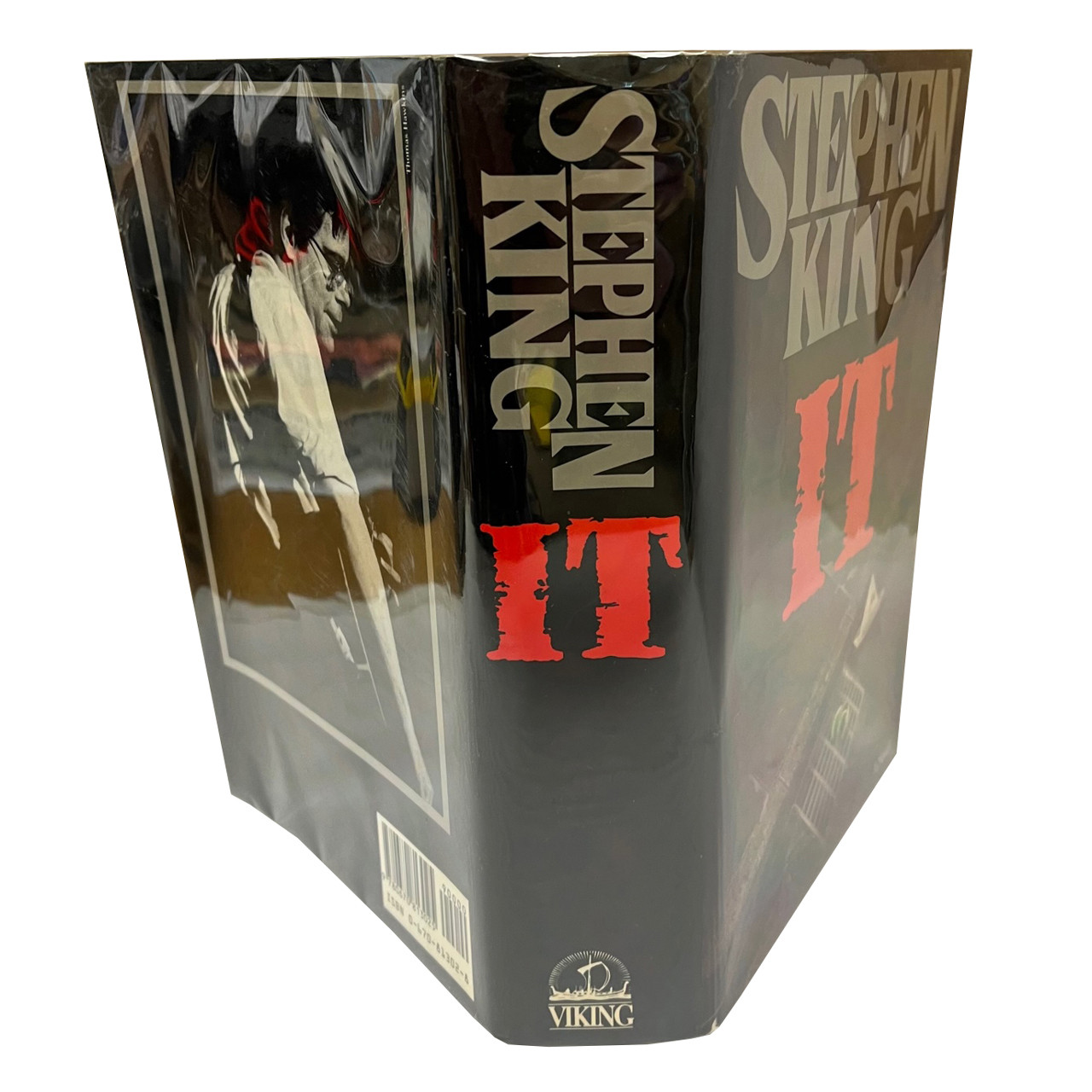 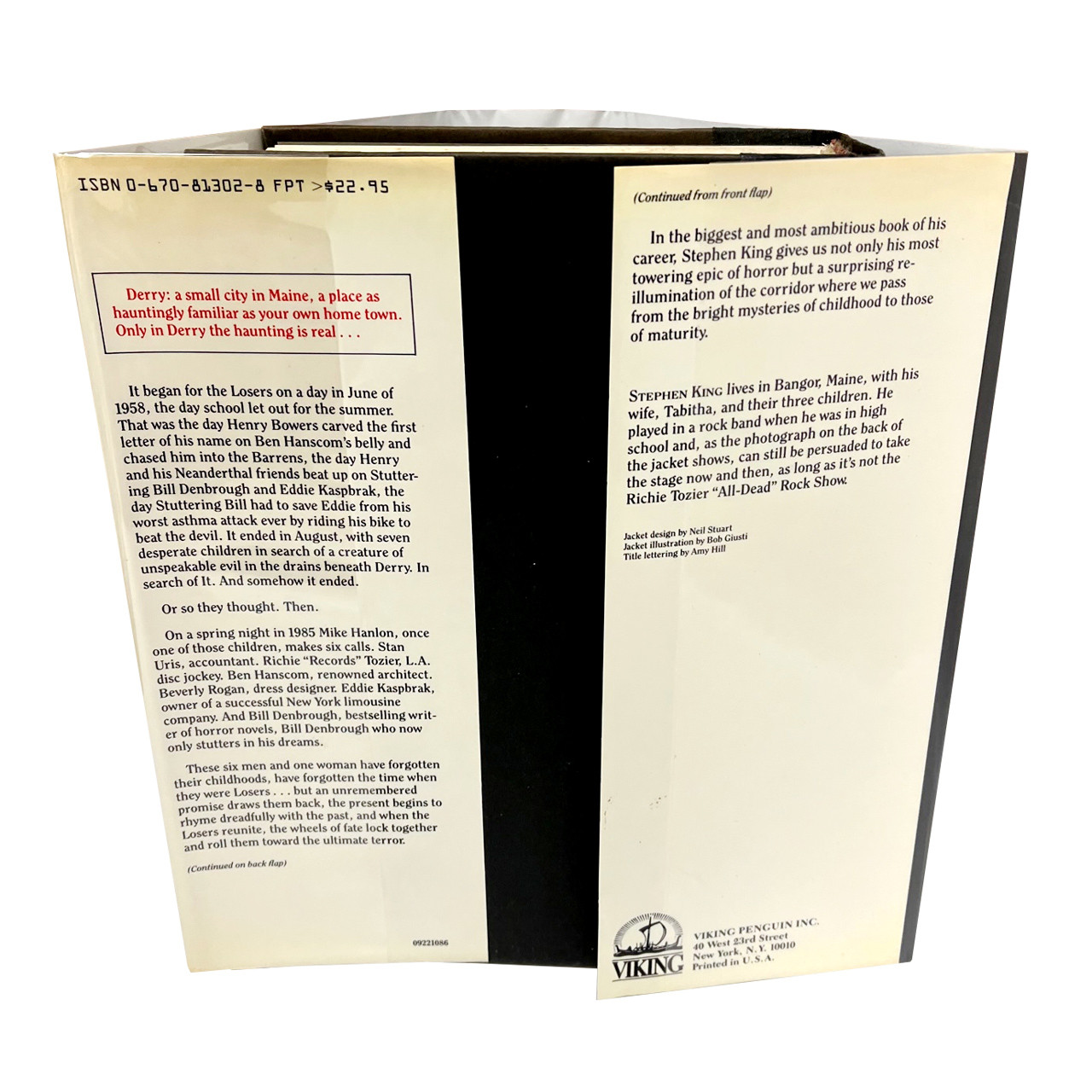 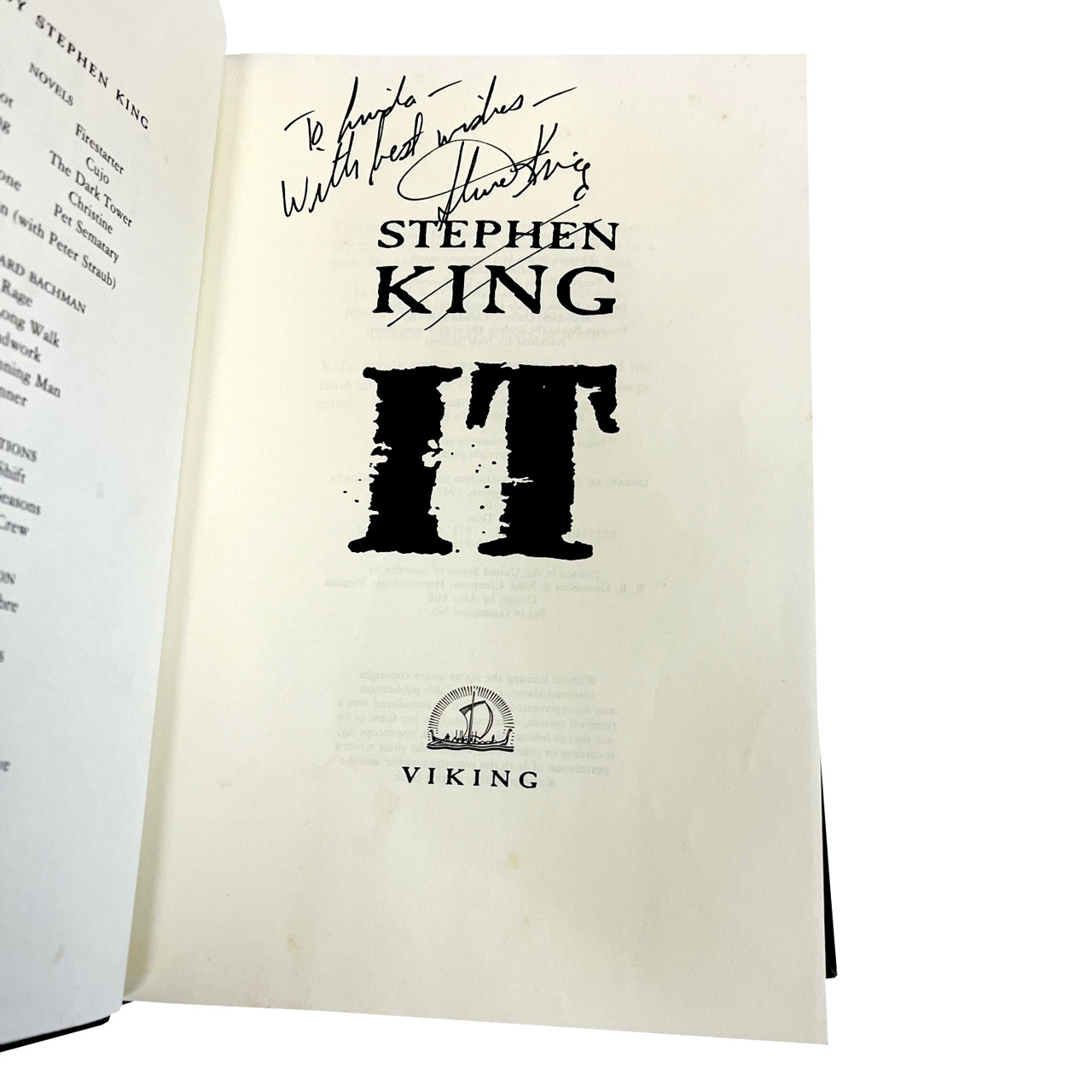 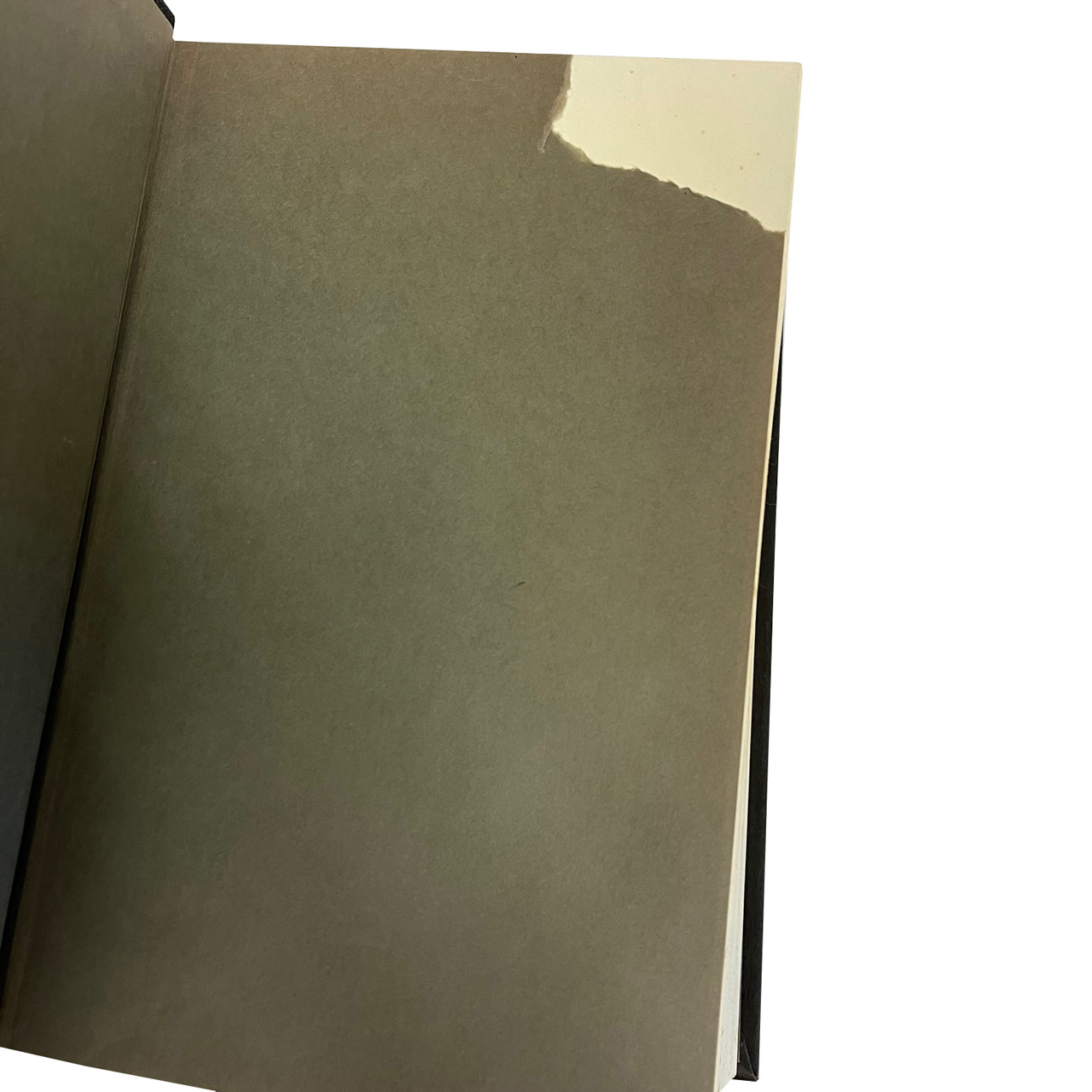 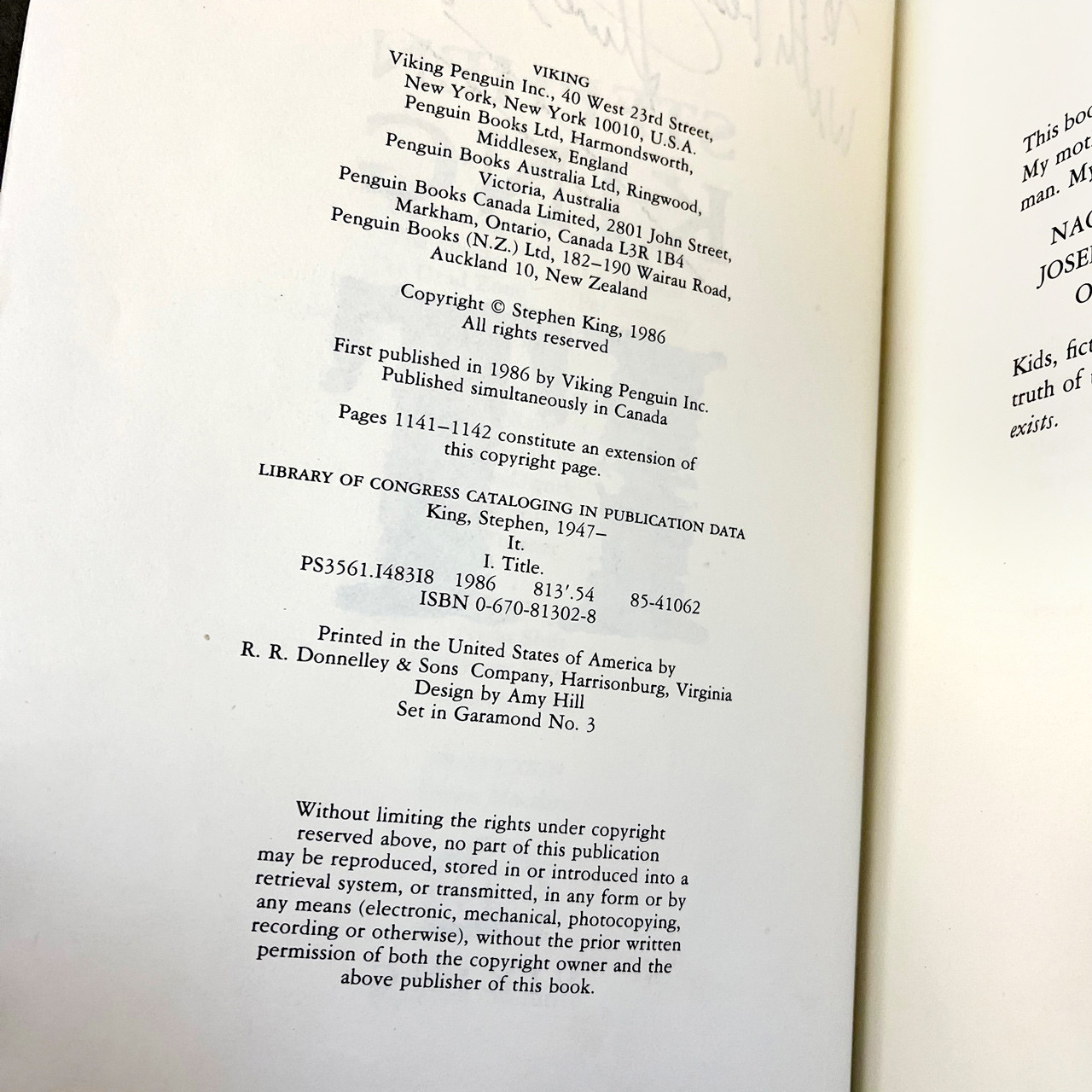 Personally inscribed by Stephen King directly onto the title page:

A special book for the serious collector. IT is one of the most favorite novels among fans and "constant readers". A rare and valuable Collector's Grade that has now become highly sought after and collectible.

It is a 1986 horror novel by American author Stephen King. It was his 22nd book and his 17th novel written under his own name. The story follows the experiences of seven children as they are terrorized by an evil entity that exploits the fears of its victims to disguise itself while hunting its prey. "It" primarily appears in the form of Pennywise the Dancing Clown to attract its preferred prey of young children.

The novel is told through narratives alternating between two periods and is largely told in the third-person omniscient mode. It deals with themes that eventually became King staples: the power of memory, childhood trauma and its recurrent echoes in adulthood, the malevolence lurking beneath the idyllic façade of the American small town, and overcoming evil through mutual trust and sacrifice.

King has stated that he first conceived the story in 1978, and began writing it in 1981. He finished writing the book in 1985. He also stated that he originally wanted the title character to be a troll, like the one in the children's story "Three Billy Goats Gruff", who inhabited the local sewer system rather than just the area beneath one bridge. He also wanted the piece to interweave the stories of children and the adults they later become.

The novel won the British Fantasy Award in 1987, and received nominations for the Locus and World Fantasy Awards that same year. Publishers Weekly listed It as the best-selling hardcover fiction book in the United States in 1986. It has been adapted into a 1990 two-part miniseries directed by Tommy Lee Wallace, a Hindi 1998 television series directed by Glen Baretto & Ankush Mohla, and a film duology directed by Andy Muschietti. Muschietti's It was released in September 2017 and It Chapter Two was released in September 2019.

Near Fine/Near Fine. Square and tight spine without any bookplates attached or indication of any removed. Light spotting across the page edges. A portion of the FFEP (first free end paper) in the upper right has been removed. Spine graphics are clear and not faded. No other marks, writing, or stamps.

Dust-jacket: Near Fine without any major rips or tears. Minor edge-wear to a couple of extremities. Typical yellow toning across the top. Not price clipped. Brand new archival acid-free sleeve. Graphics are clear and not faded. Photos of actual item. Overall, this is a great collector's grade hardcover book.