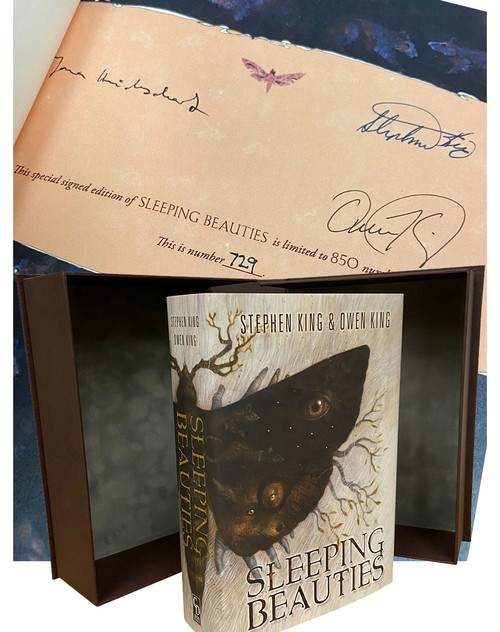 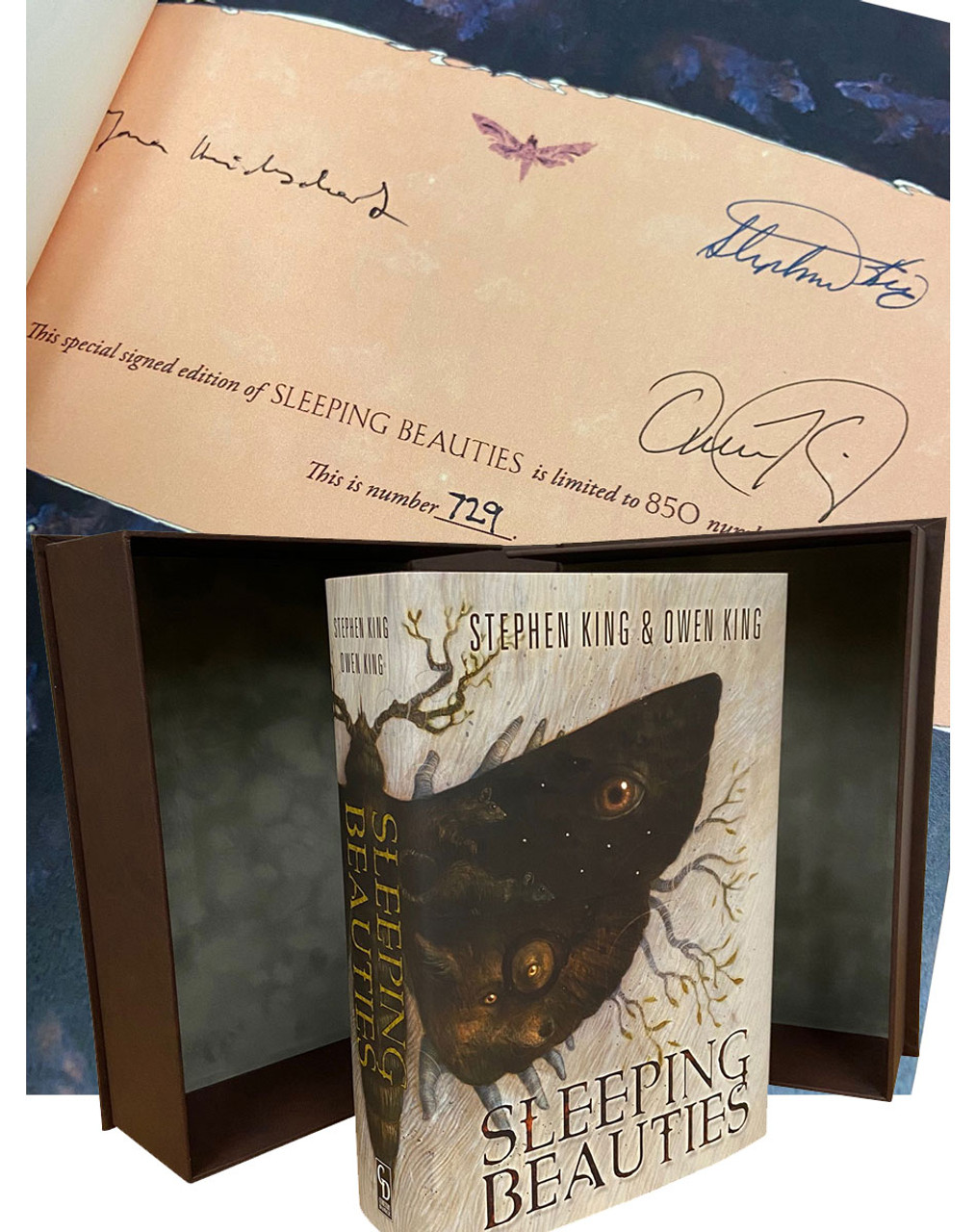 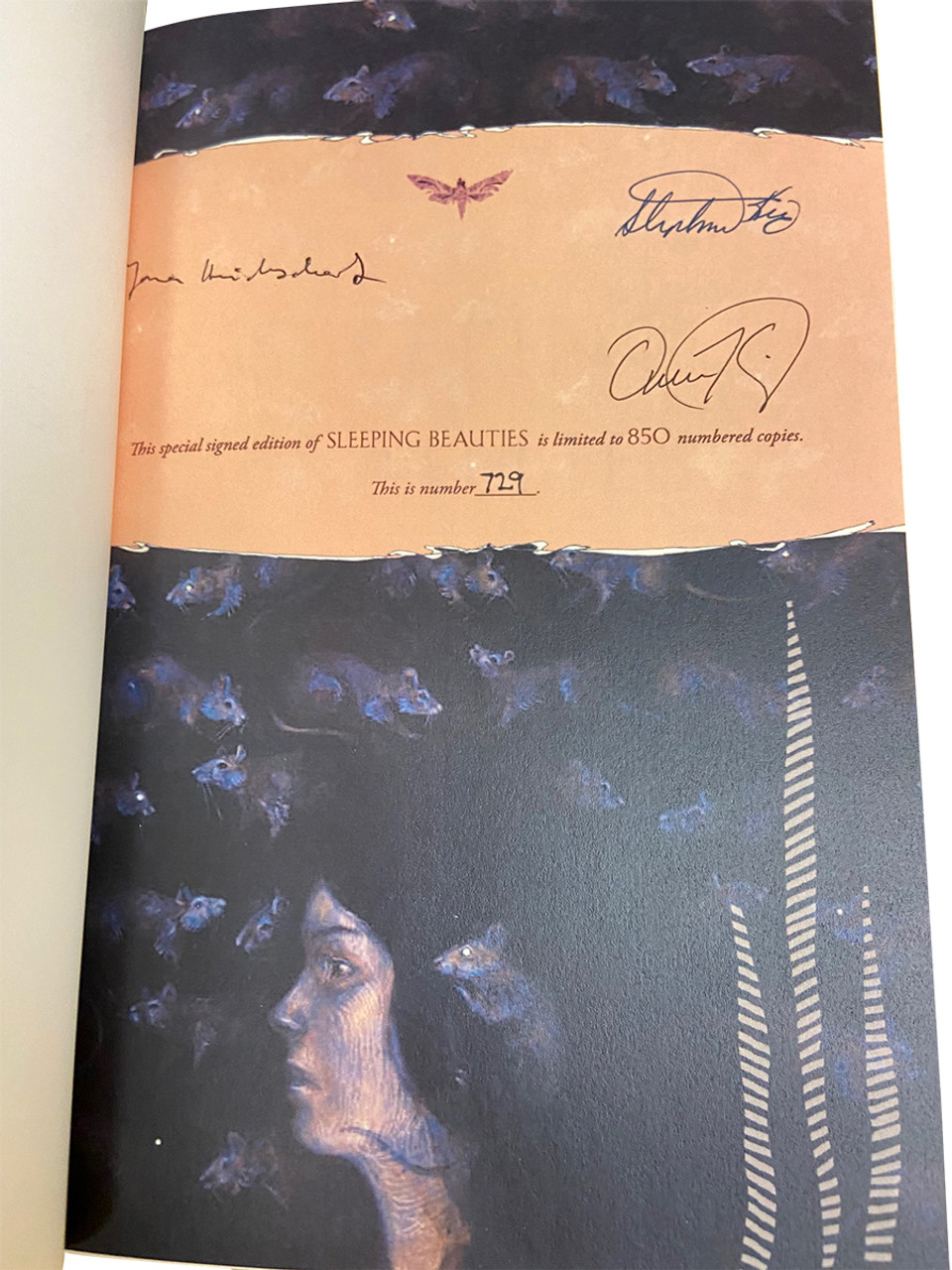 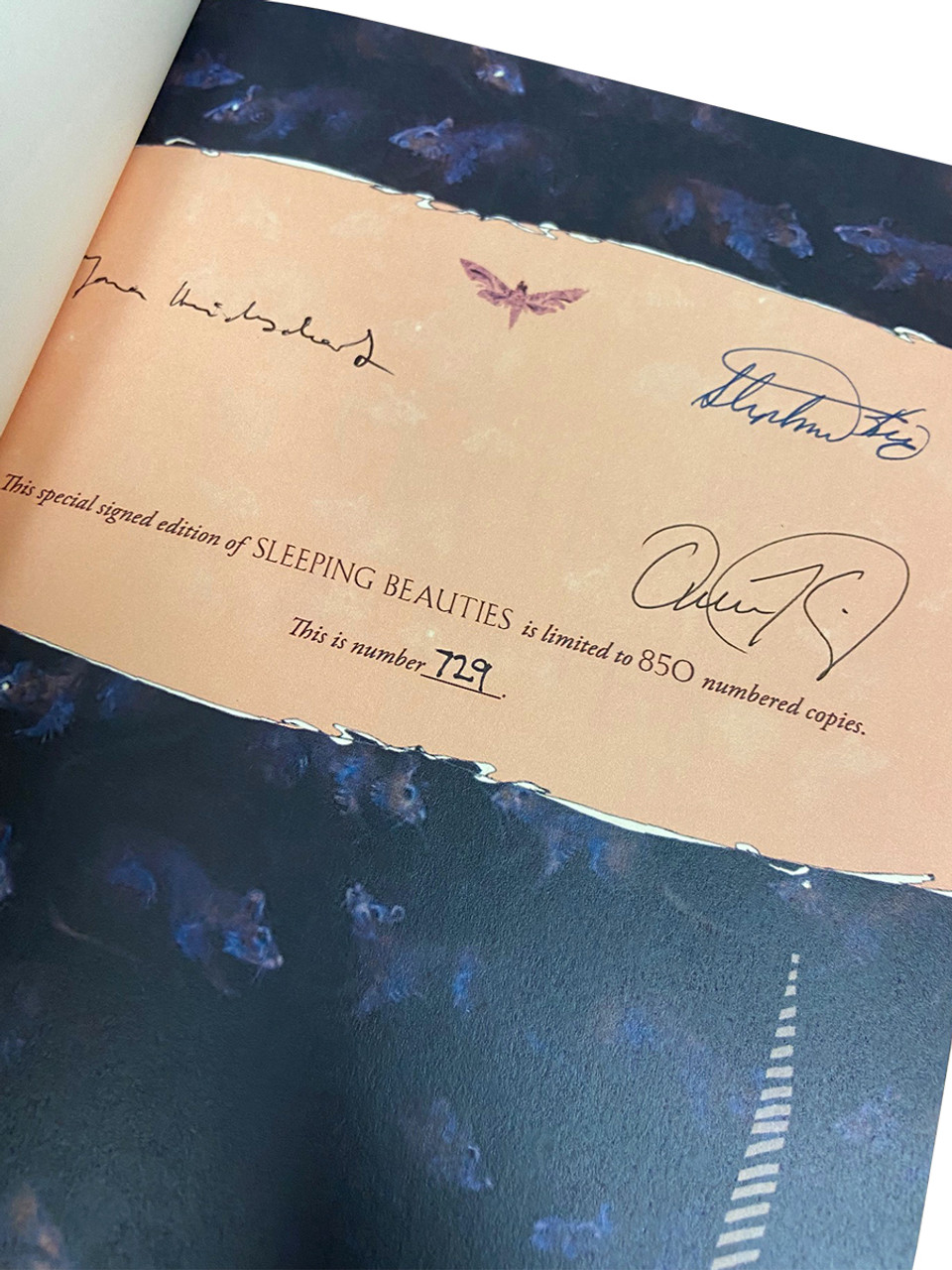 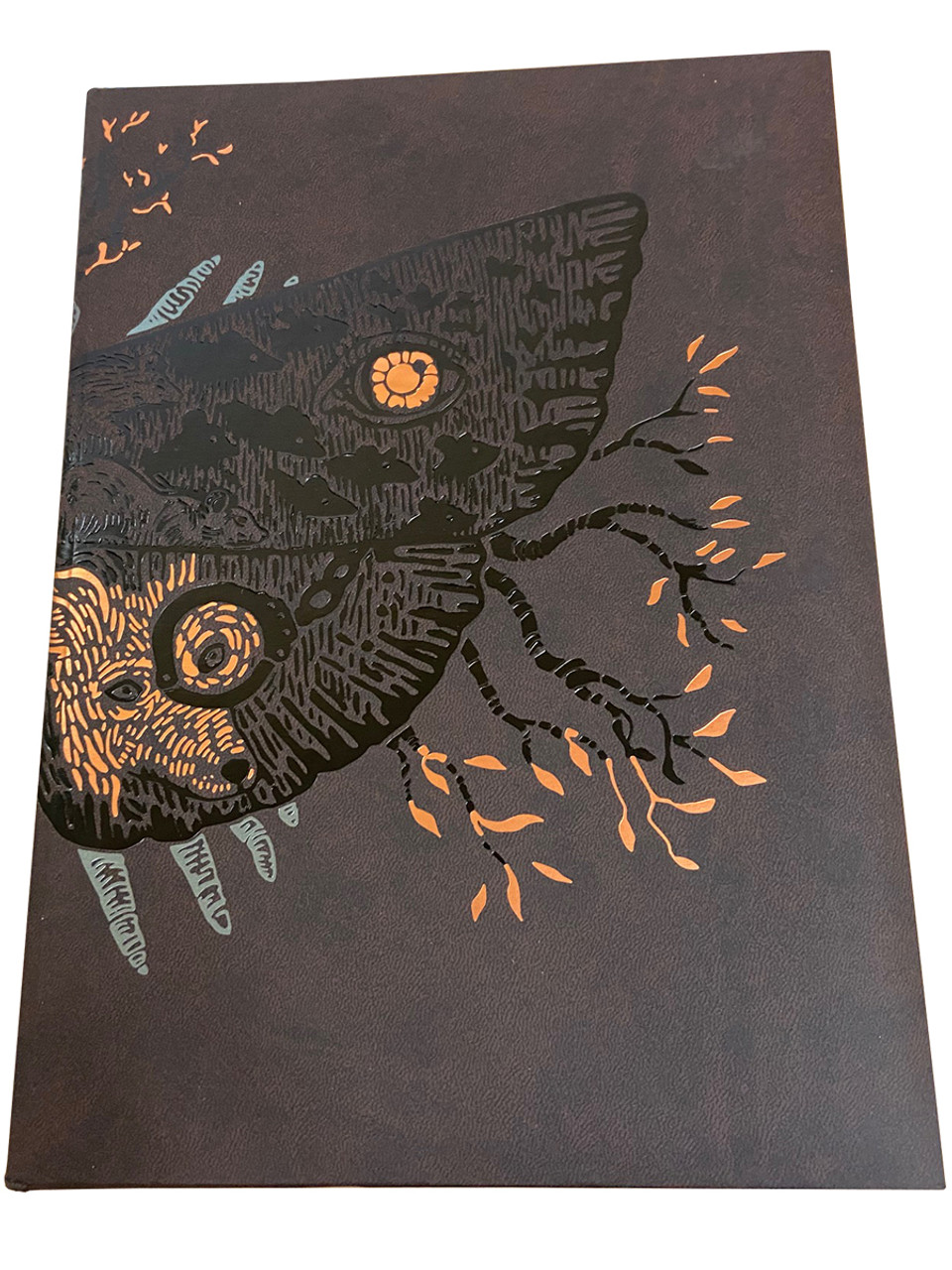 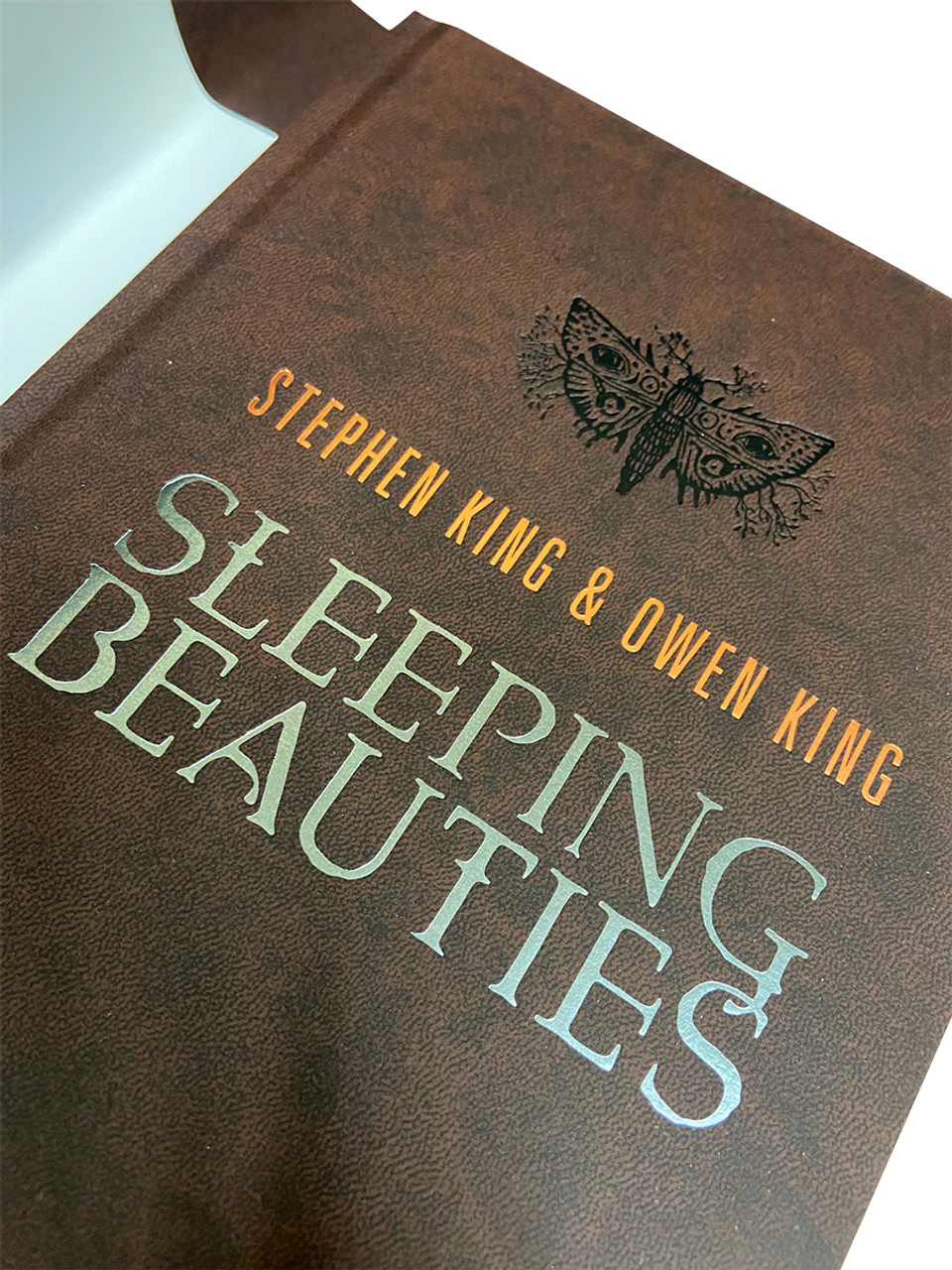 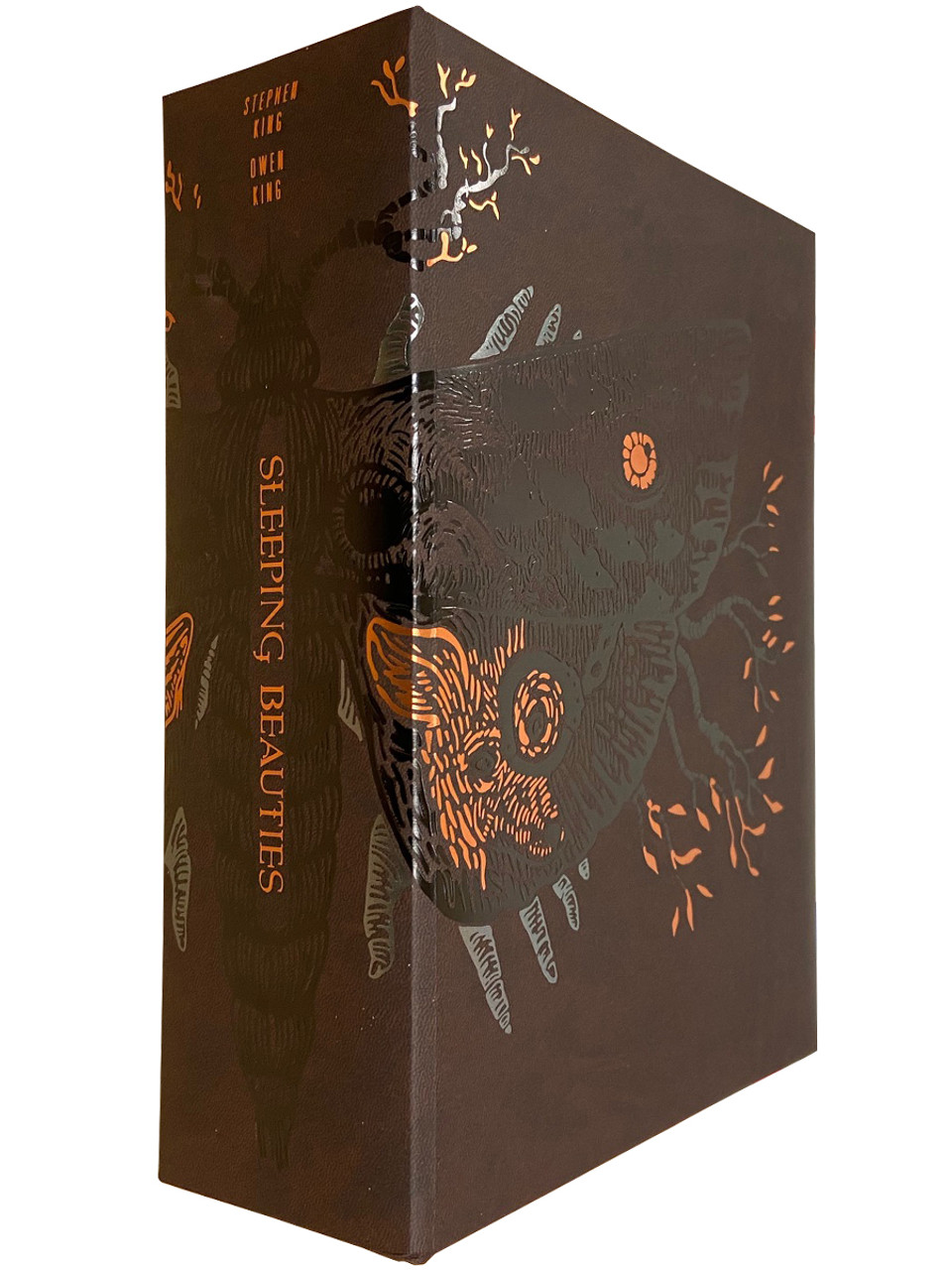 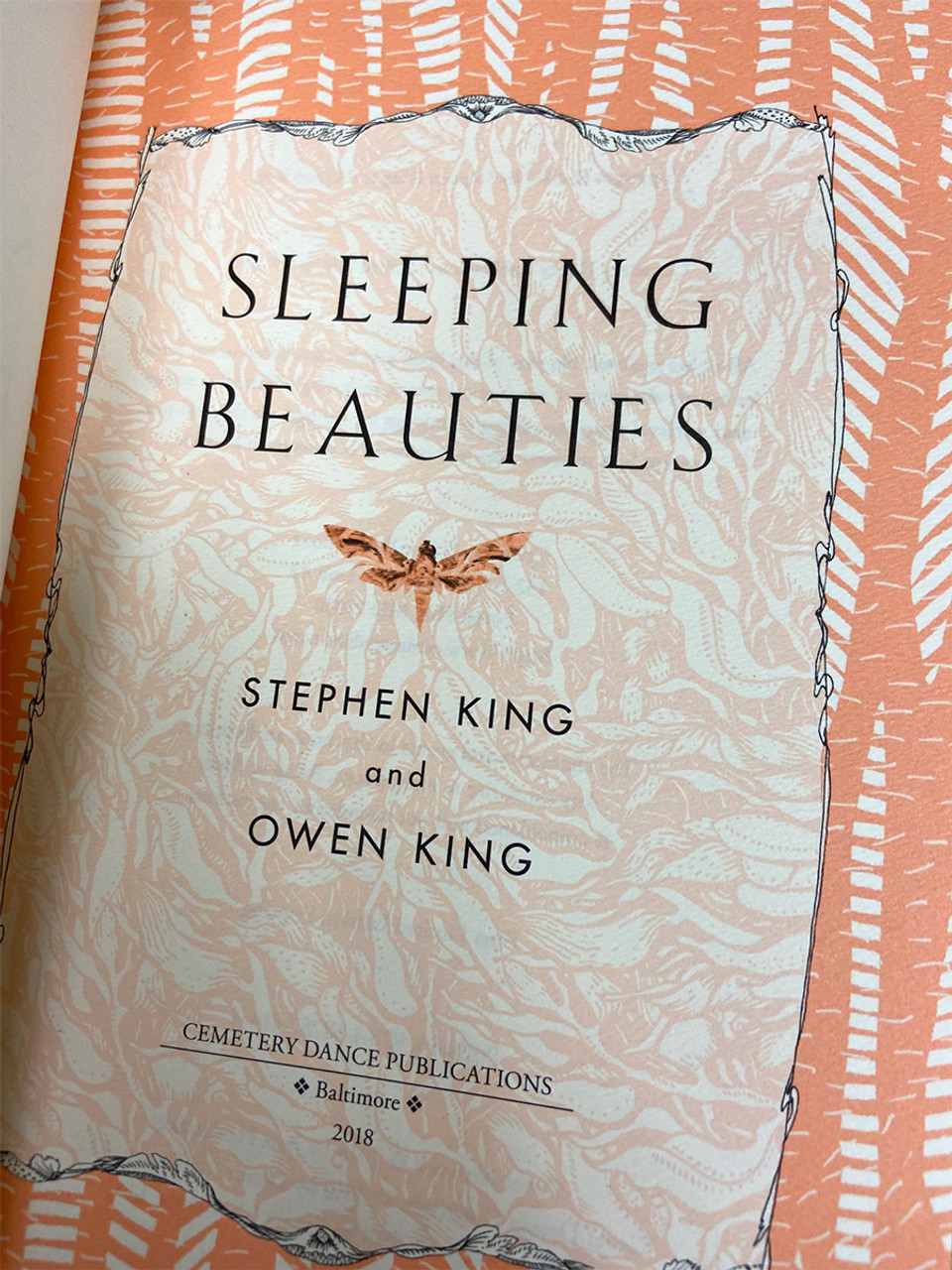 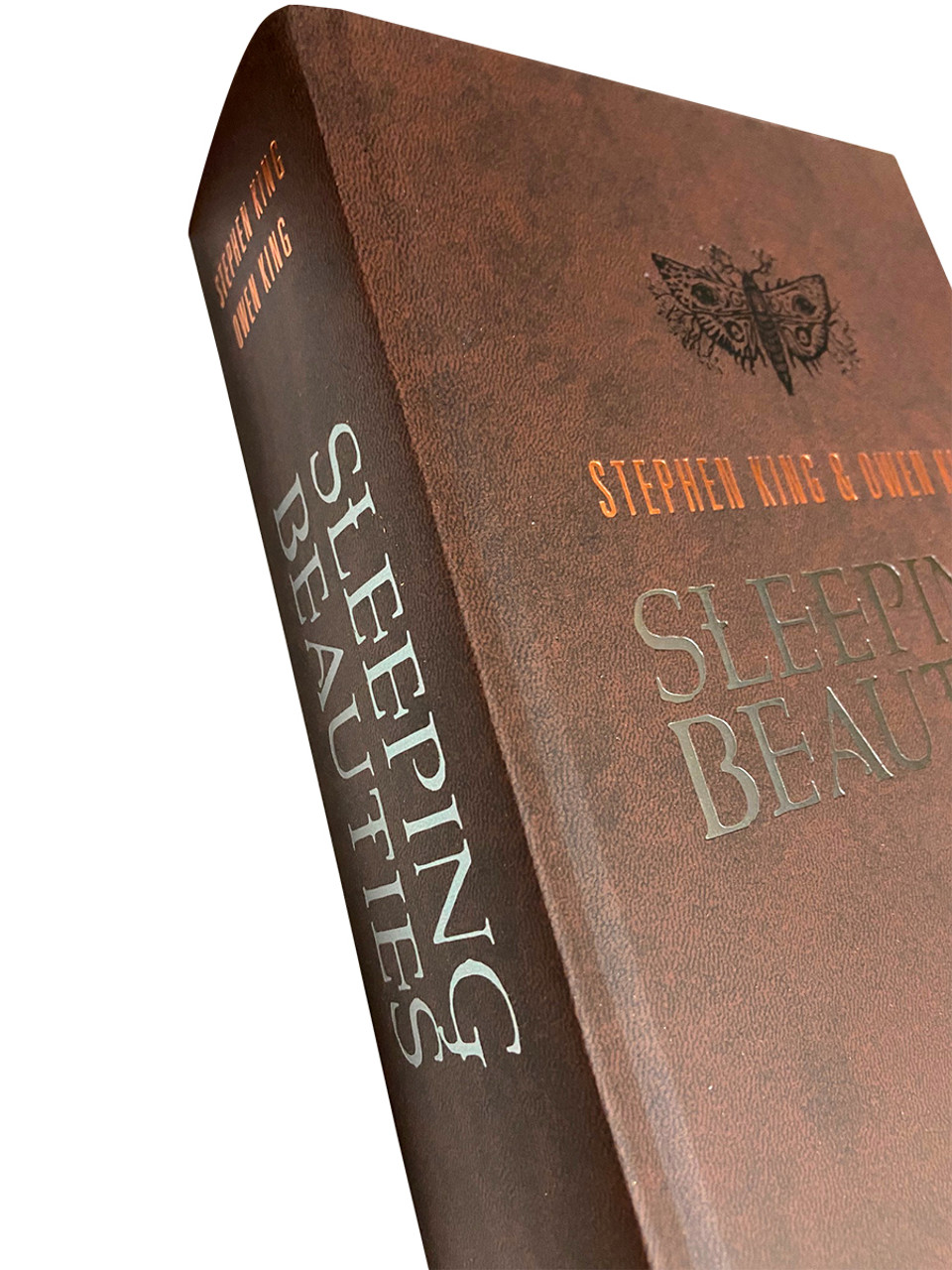 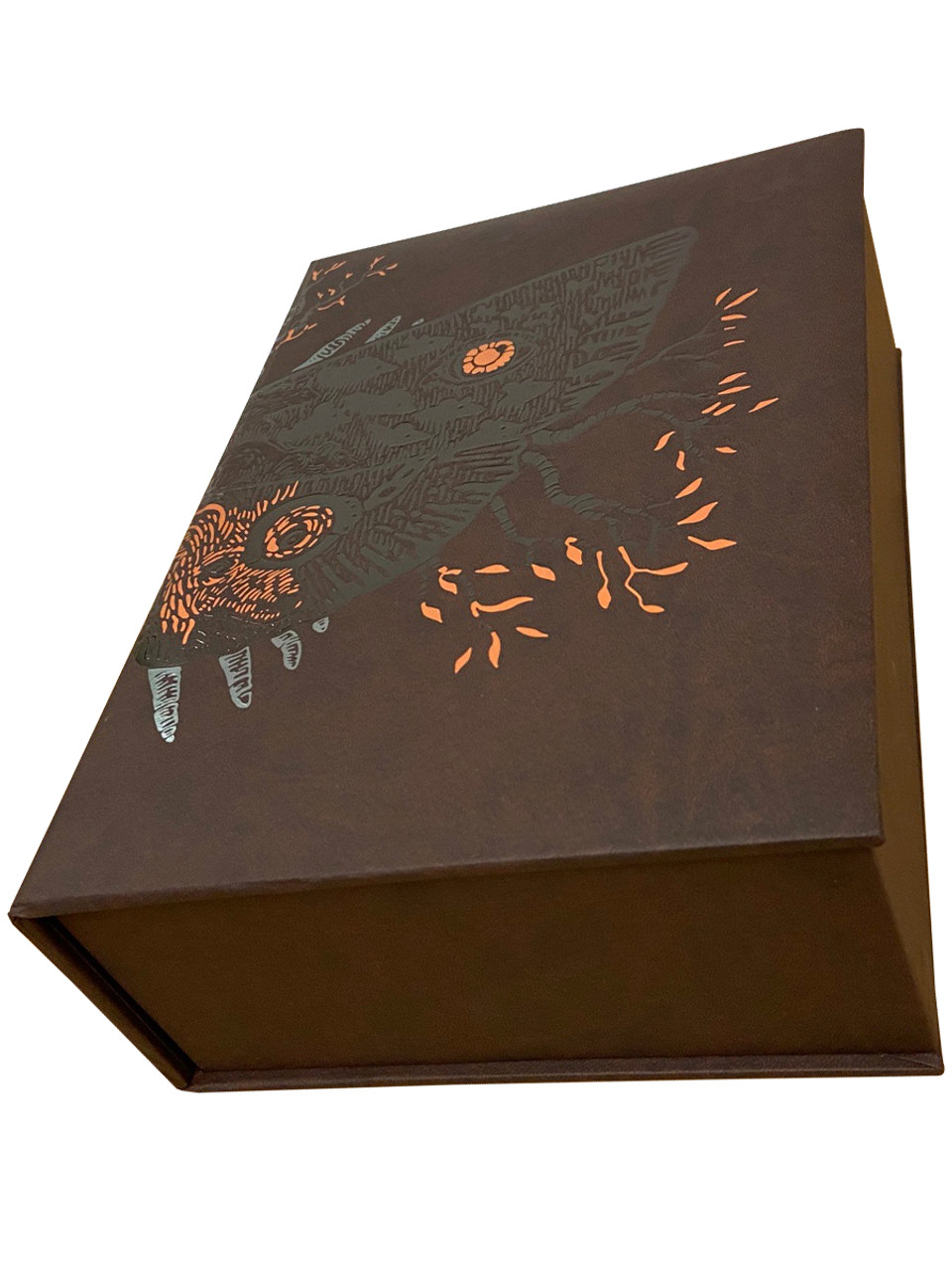 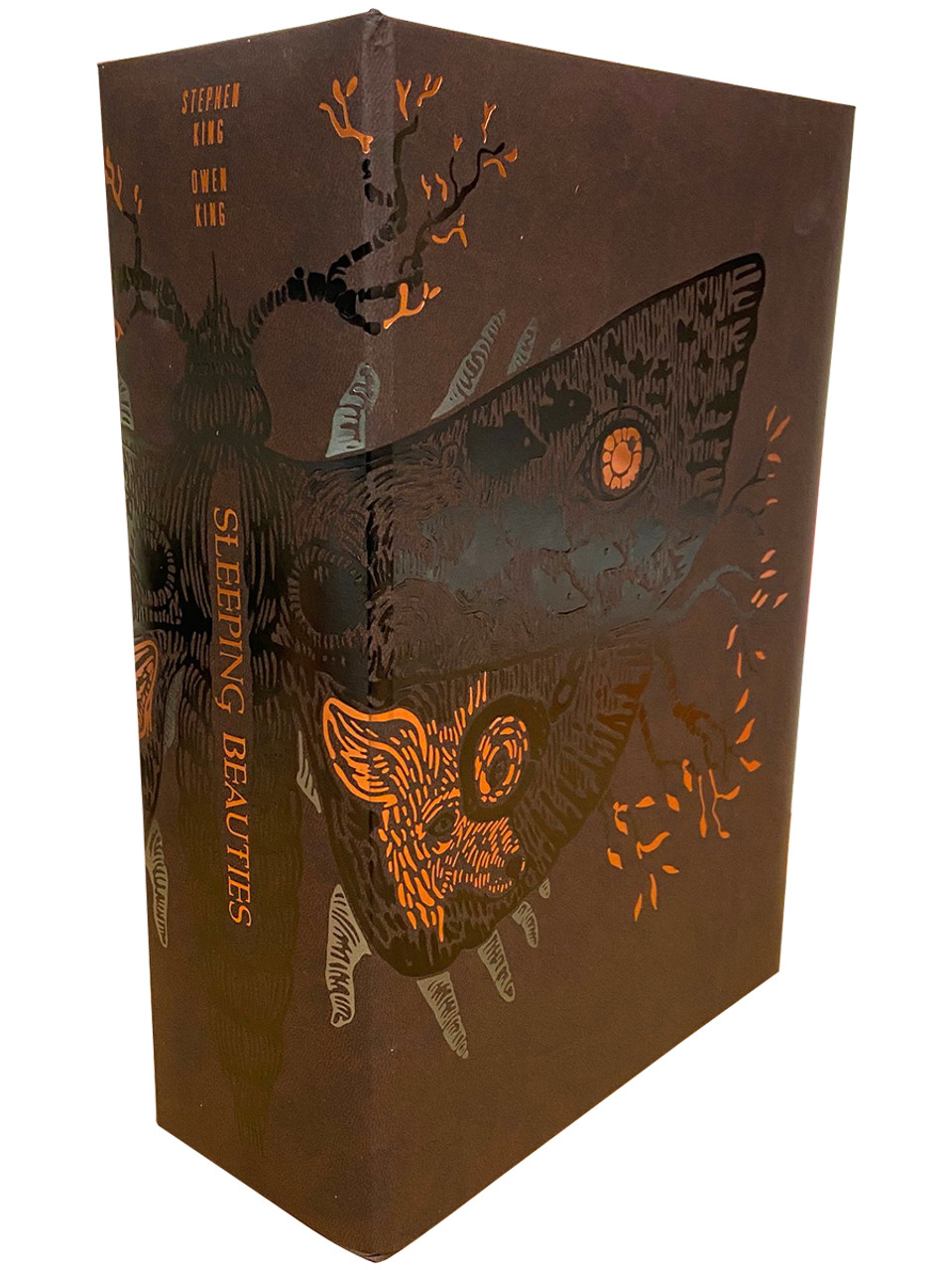 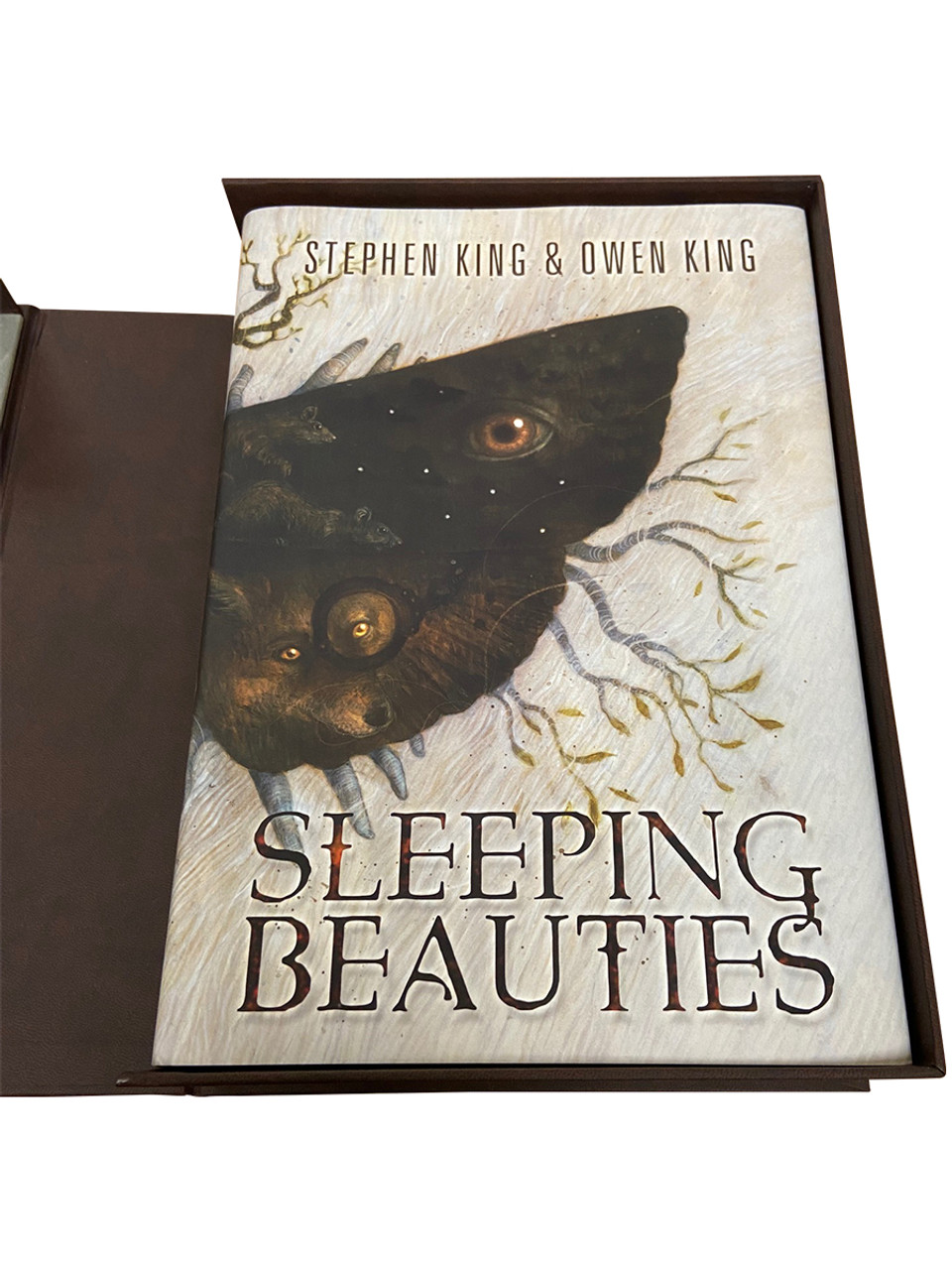 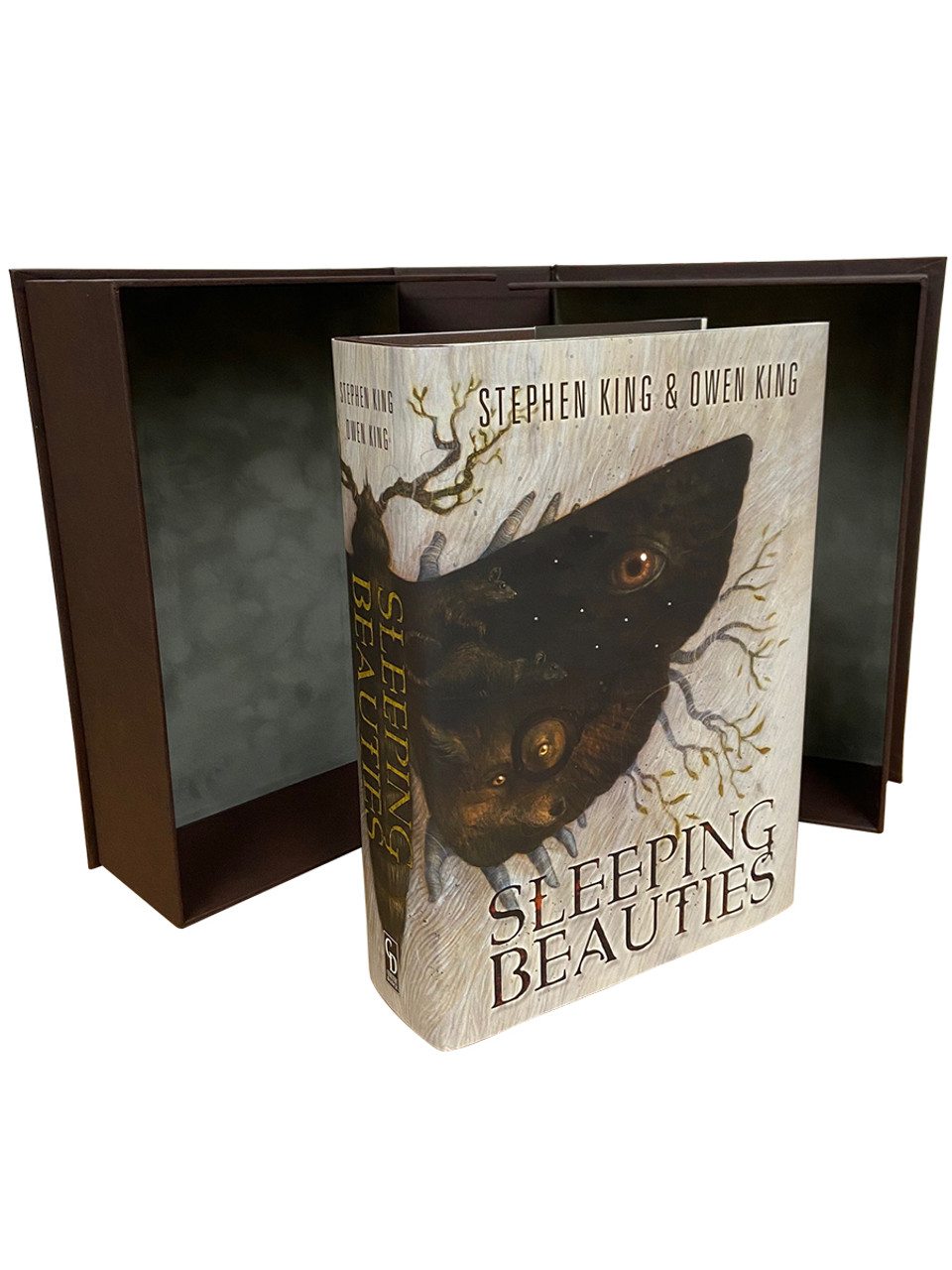 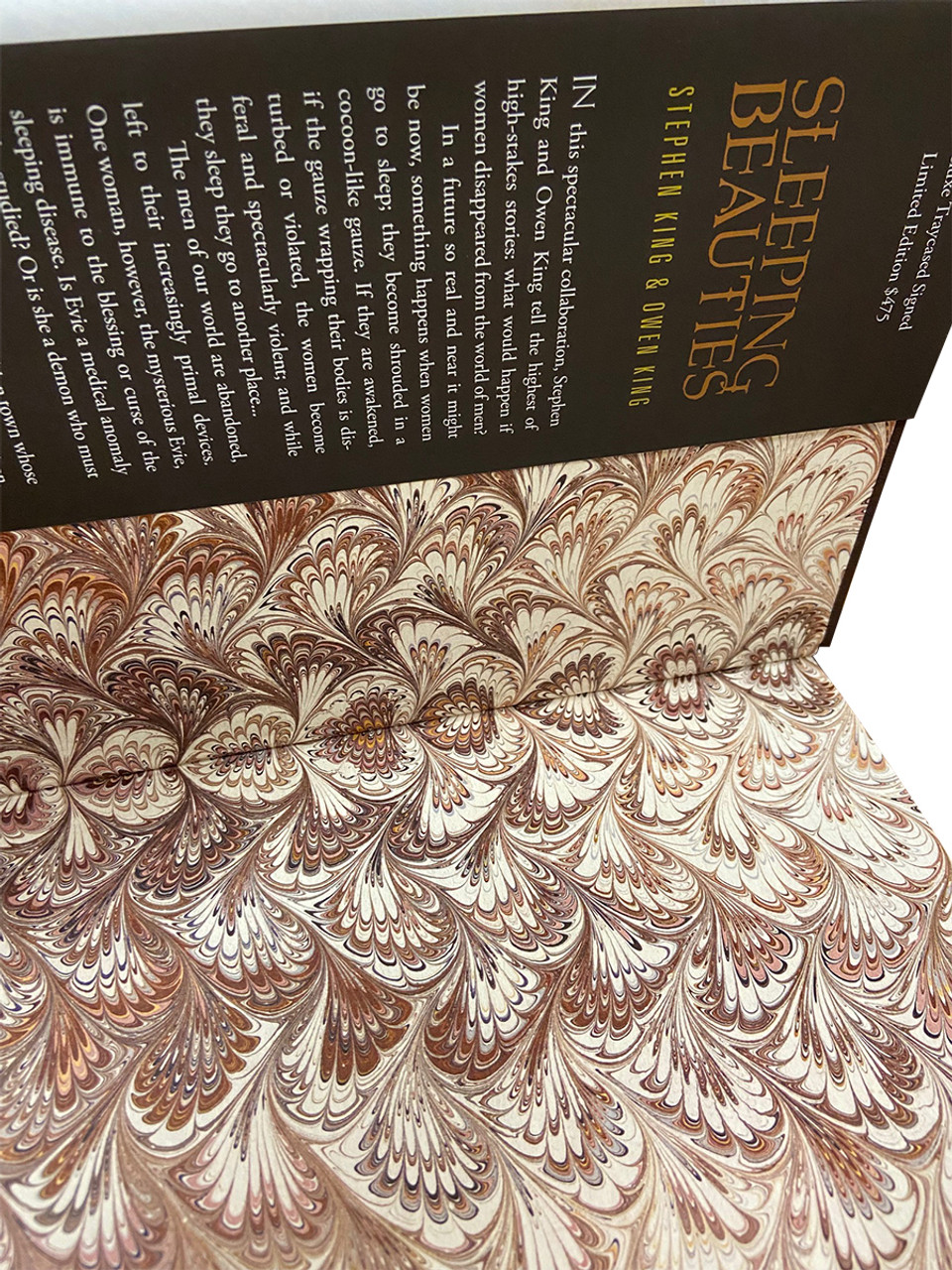 About this Deluxe Special Edition

In this spectacular father/son collaboration, the authors tell the highest of high-stakes stories: what might happen if women disappeared from the world of men?

In a future so real and near it might be now, something happens when women go to sleep; they become shrouded in a cocoon-like gauze. If they are awakened, if the gauze wrapping their bodies is disturbed or violated, the women become feral and spectacularly violent; and while they sleep they go to another place...The men of our world are abandoned, left to their increasingly primal devices. One woman, however, the mysterious Evie, is immune to the blessing or curse of the sleeping disease. Is Evie a medical anomaly to be studied? Or is she a demon who must be slain?

Set in a small Appalachian town whose primary employer is a women's prison, Sleeping Beauties is a wildly provocative, gloriously absorbing father-son collaboration between Stephen King and Owen King.

In this spectacular father/son collaboration, Stephen King and Owen King tell the highest of high-stakes stories: what might happen if women disappeared from the world of men?

In a future so real and near it might be now, something happens when women go to sleep: they become shrouded in a cocoon-like gauze. If they are awakened, if the gauze wrapping their bodies is disturbed or violated, the women become feral and spectacularly violent. And while they sleep they go to another place, a better place, where harmony prevails and conflict is rare.

One woman, the mysterious “Eve Black,” is immune to the blessing or curse of the sleeping disease. Is Eve a medical anomaly to be studied? Or is she a demon who must be slain? Abandoned, left to their increasingly primal urges, the men divide into warring factions, some wanting to kill Eve, some to save her. Others exploit the chaos to wreak their own vengeance on new enemies. All turn to violence in a suddenly all-male world.

Set in a small Appalachian town whose primary employer is a women’s prison, Sleeping Beauties is a wildly provocative, gloriously dramatic father-son collaboration that feels particularly urgent and relevant today.

"Stephen King and son team up for a beauty of a horror tale [that is] epic, ambitious, heartbreaking and, when it comes to its central horrors, all too timely. Sleeping Beauties melds the elder King's talent for exploring the darker sides of human nature when people are thrust into terrifying situations with his youngest son's gift for juggling multiple genres and complex characters. The final chapters bring all their skills together in a fast-paced, explosive finale and emotional aftermath. A thought-provoking work that examines a litany of modern-day issues." -- USA Today

"It's a violent, dystopian thrill ride that will leave you horrified - and hooked." -- People

"Entertaining...Sleeping Beauties is a bulging, colourful epic; a super-sized happy meal, liberally salted with supporting characters and garnished with splashes of arterial ketchup. This epic feels so vital and fresh." -- The Guardian

"A fast-paced thriller [that is] ambitious and sympathetic, Sleeping Beauties is both a love letter to women everywhere and an incisive look at what drives men to violence, neatly wrapped in enough fantasy elements to soften the more caustic edges of the commentary. From "Carrie" to "Dolores Claiborne" to "Lisey's Story" and beyond, Stephen King's compassion for women is an identifying characteristic of much of his work, and "Sleeping Beauties" continues the trend. The Kings have created deeply textured women to populate their book." -- Pittsburgh Post-Gazette 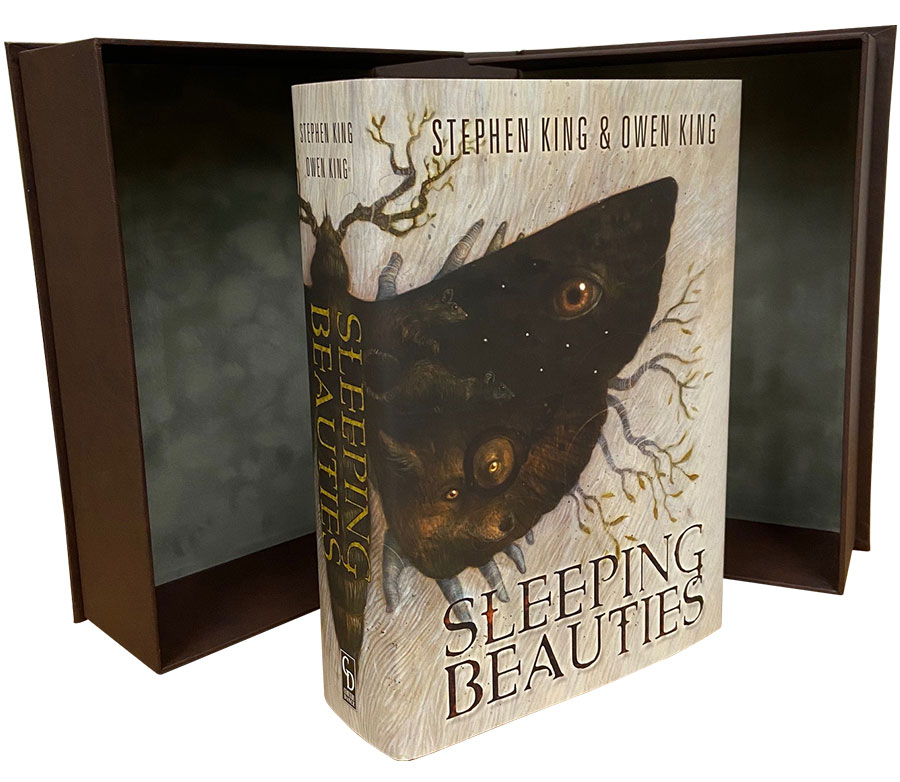 Owen King is the author of the novel Double Feature and co-author of the graphic novel Intro to Alien Invasion. His writing has appeared in numerous journals and newspapers, including the Boston Globe, Lady Churchill's Rosebud Wristlet, the Los Angeles Review of Books, the New York Times Book Review, One Story, and Subtropics. He is married to the novelist Kelly Braffet.

Jana Heidersdorf is an artist and illustrator fascinated by the feral and fantastical. Her work explores everything that lurks in the dark, may it be wild creatures or shapeless thoughts and feelings, and turns it into moody compositions in pencil and mixed media techniques. It can be found on and in books, comics, magazines, on walls and on the internet. She is currently spending a lot of time in the twisted world of mermaids while working on her weekly 100 Mermaids drawing project. When she isn't drawing, she pretends to be a wood sprite and scares the local squirrel population.