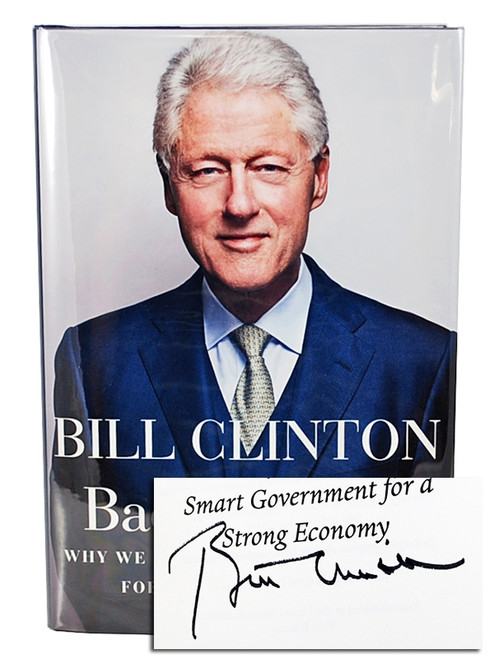 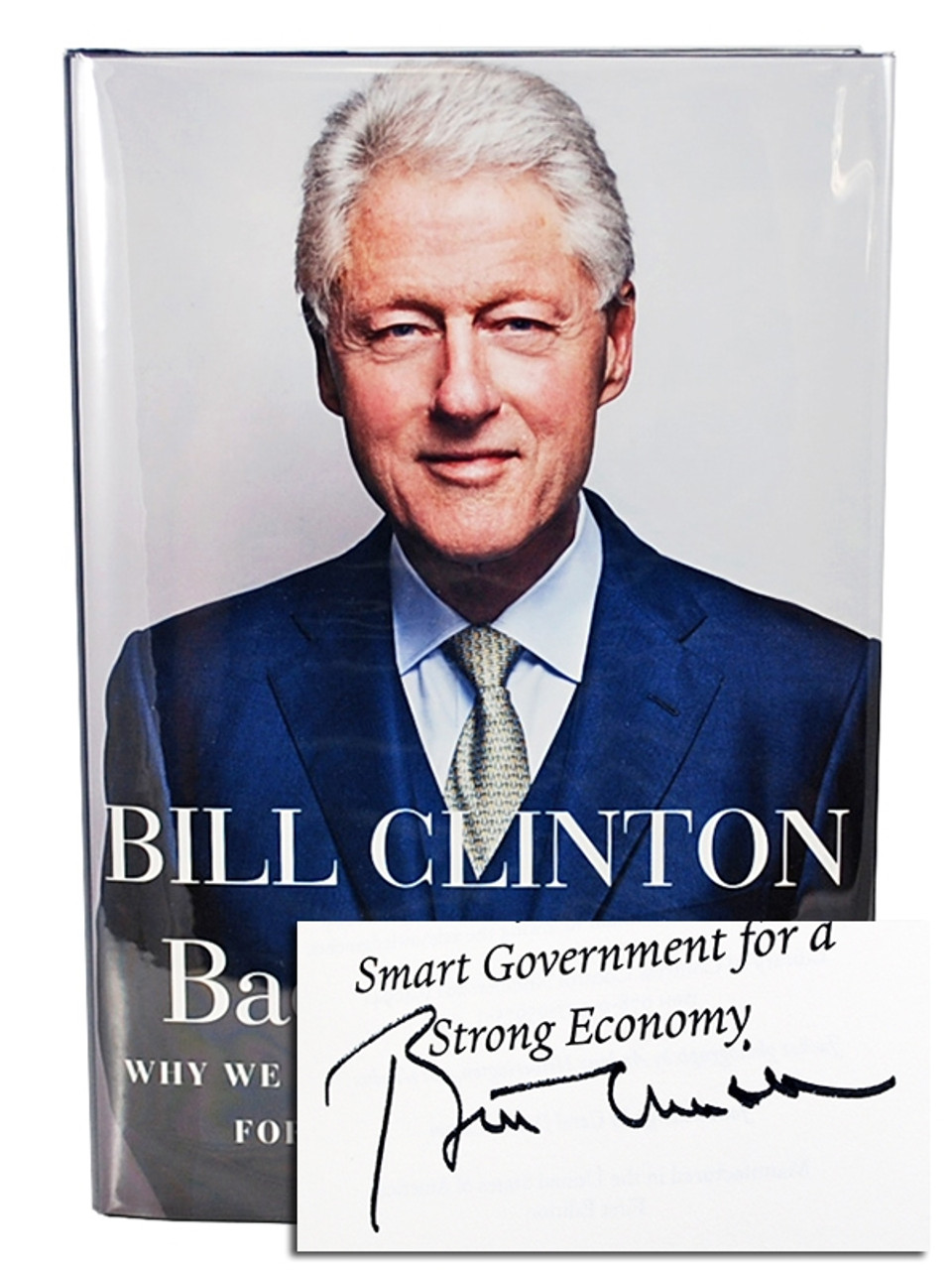 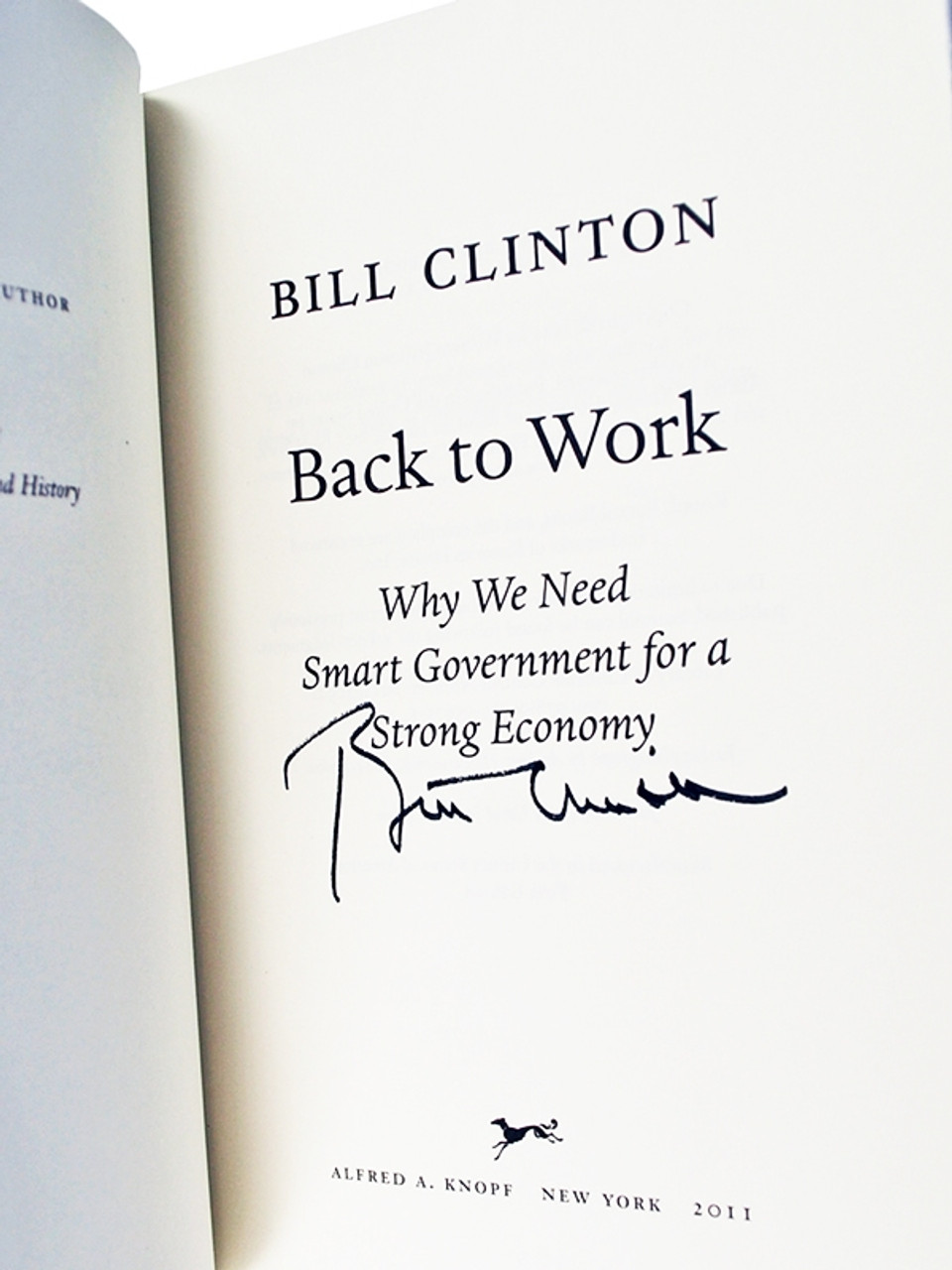 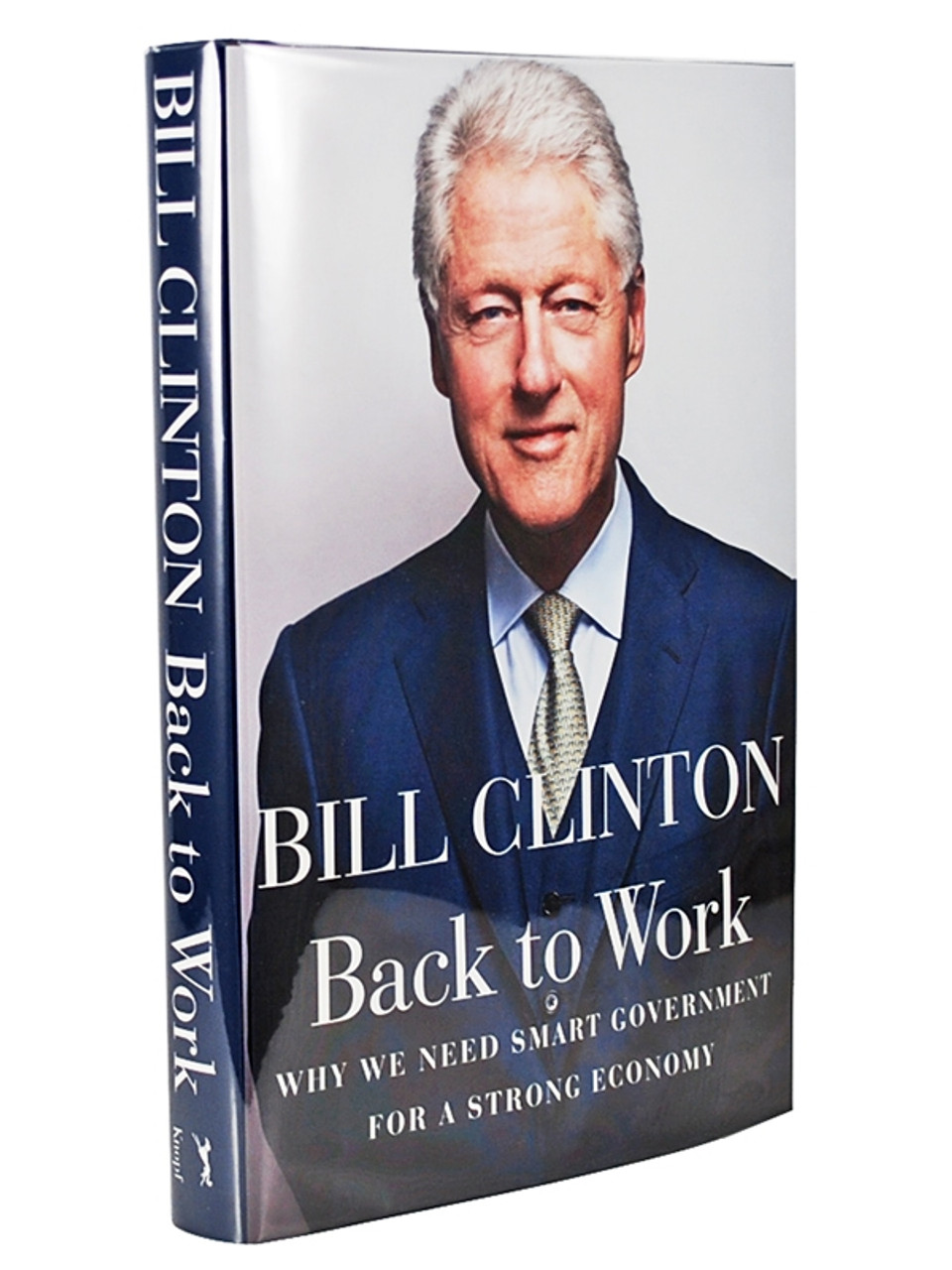 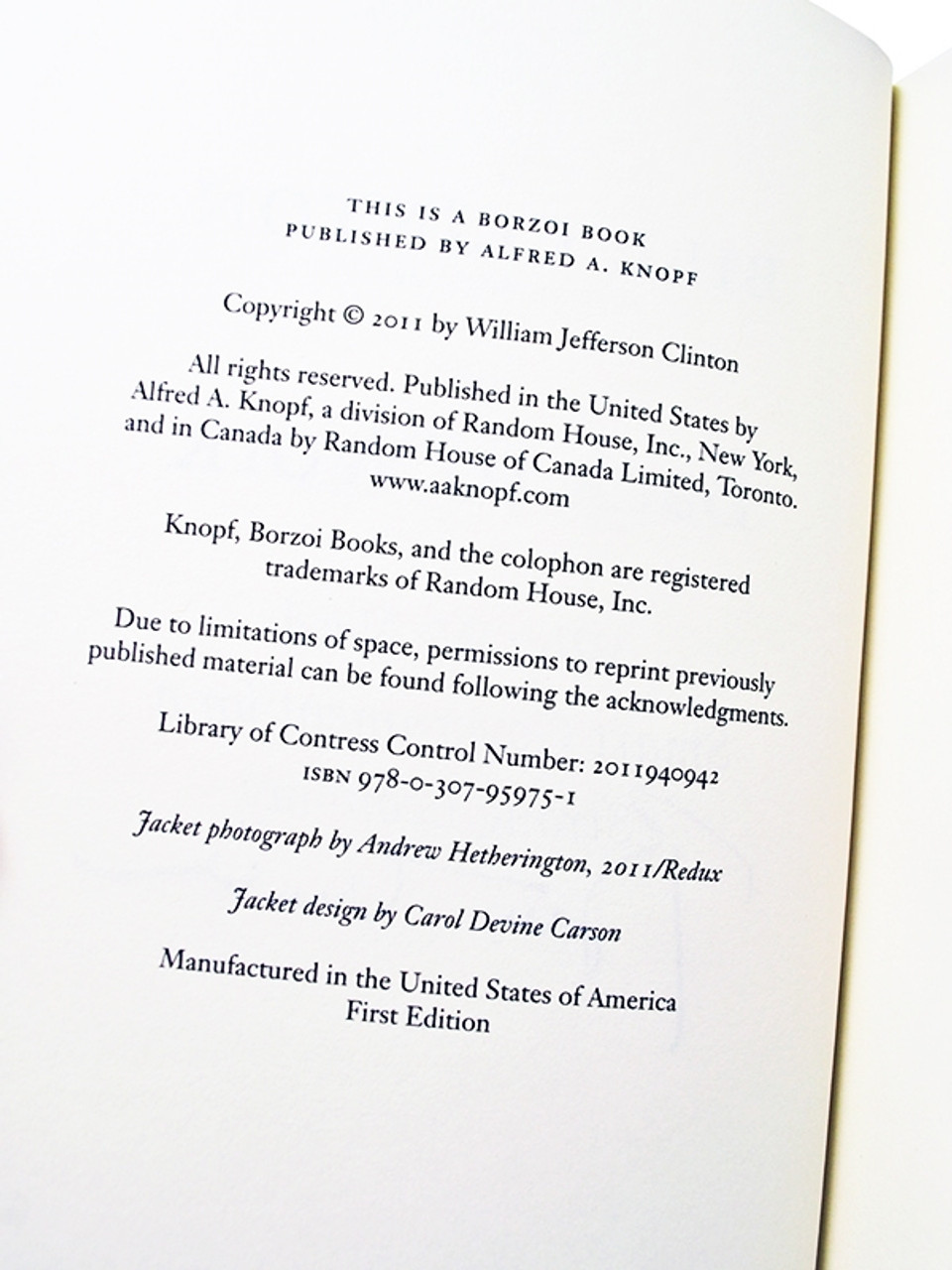 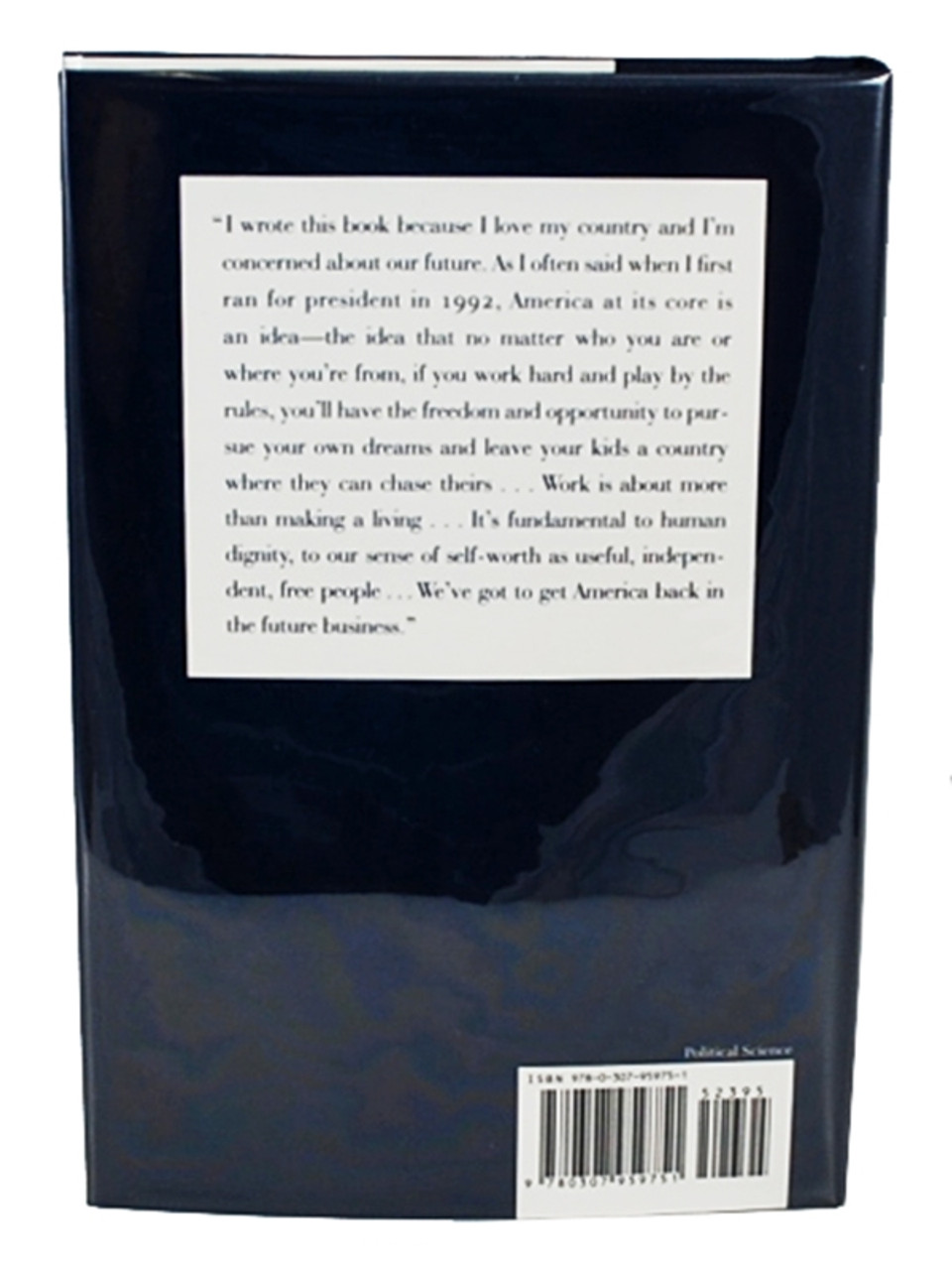 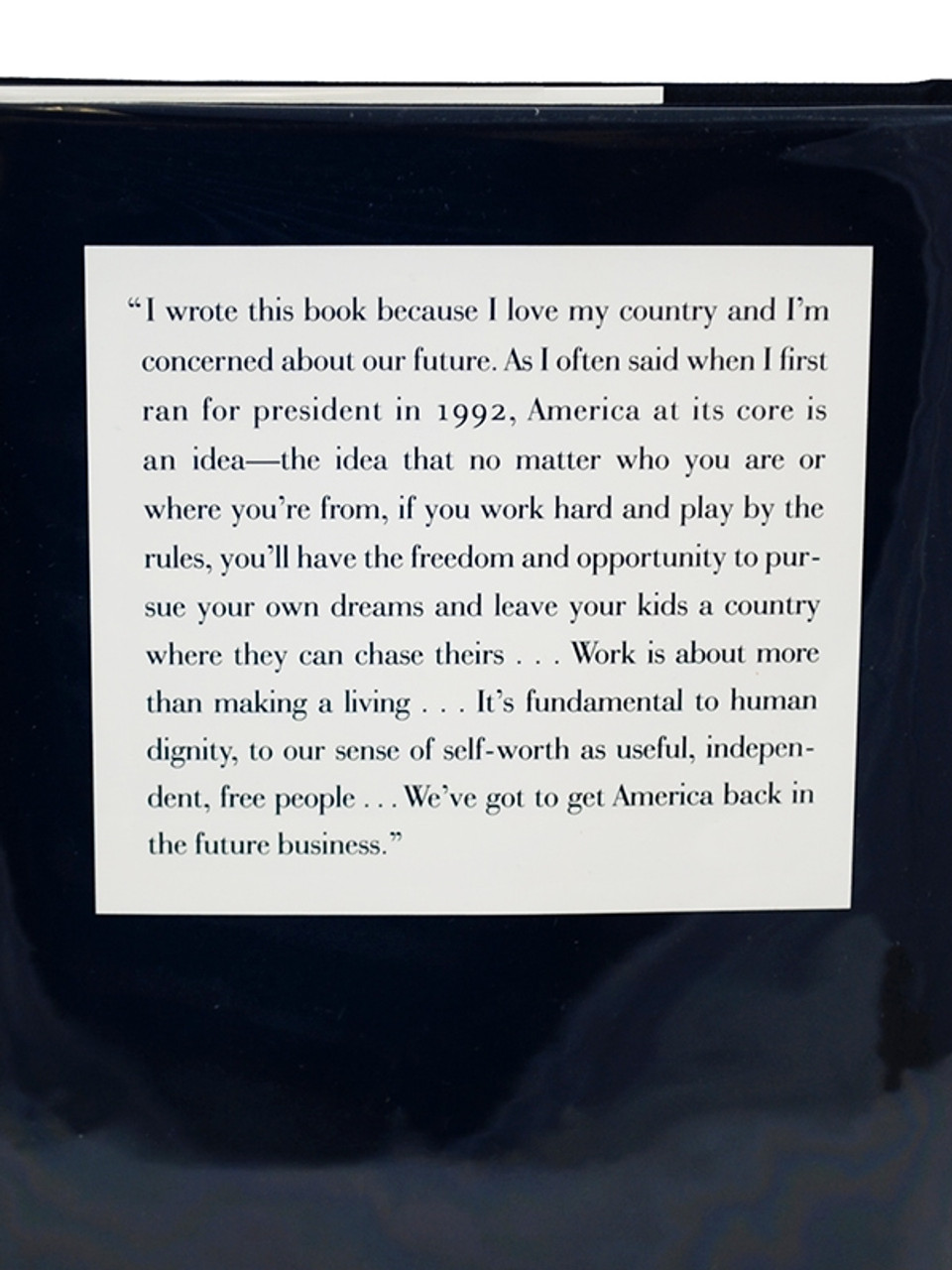 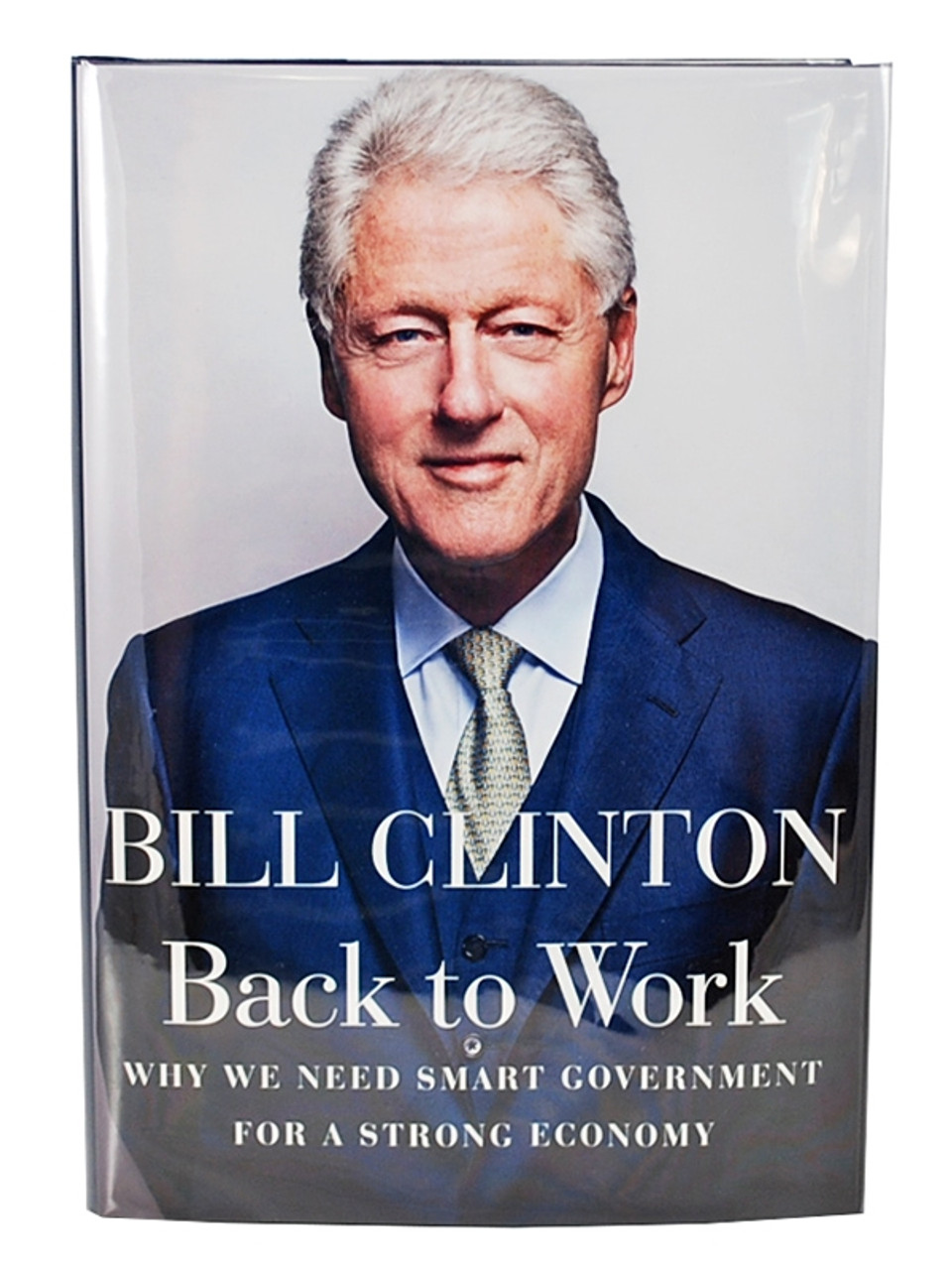 Enhance your political library with this rare signed presidential volume.

This First Edition has been personally hand signed by President Bill Clinton on the title page at a recent book signing. A rare collectible book in very fine condition. Bill Clinton did very few signing events for this book and will not be doing any in the foreseeable future. Order your Signed First Edition today. Certificate of Authenticity included.

Back to Work: by Bill Clinton is a book on governance in which the former US President Clinton shares his views on why the US needs a smart government to build a strong economy. In this book on governance, Clinton talks about the challenges the US is facing and what led the country to this state of economic crisis. Clinton also presents his ideas on how an effective government will help to restore economic growth, to create jobs, to resolve the mortgage crisis, in this book on business and investment. Back to Work: by Bill Clinton talks about how corporate investment and increased bank lending will help in restoring the economy. Supporting President Obama's emphasis on green technology, Clinton, in this book on business and investment, says that changing the current methods of production and energy consumption will help the current US economic scenario to do a turnabout. Back to Work: by Bill Clinton also talks about how cooperation works better than conflict in the real world. 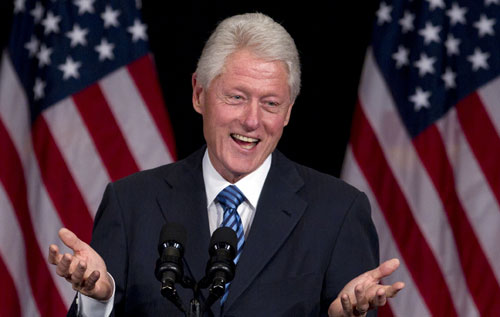 "I wrote this book because I love my country and I'm concerned about our future", writes Bill Clinton. "As I often said when I first ran for President in 1992, America at its core is an idea, the idea that no matter who you are or where you're from, if you work hard and play by the rules, you'll have the freedom and opportunity to pursue your own dreams and leave your kids a country where they can chase theirs"

In Back to Work, Clinton details how we can get out of the current economic crisis and lay a foundation for long-term prosperity. He offers specific recommendations on how we can put people back to work and create new businesses, increase bank lending and corporate investment, double our exports, and restore our manufacturing base. He supports President Obama's emphasis on green technology, saying that change in the way we produce and consume energy is the strategy most likely to spark a fast-growing economy and enhance our national security.

Clinton also says that we need both a strong economy and a smart government working together to restore prosperity and progress. He demonstrates that whenever we've given in to the temptation to blame government for our problems, we've lost our commitment to shared prosperity, balanced growth, financial responsibility, and investment in the future. That has led our nation into trouble because there are some things we have to do together. For example, he says, "Our ability to compete in the twenty-first century is dependent on our willingness to invest in infrastructure: we need faster broadband, a state-of-the-art national electrical grid, modernized water and sewer systems, and the best airports, trains, roads, and bridges.

"There is no evidence that we can succeed in the twenty-first century with an anti-government strategy," writes Clinton, "with a philosophy grounded in. You're on your own, rather than, We're all in this together." Clinton believes that conflict between government and the private sector has proved to be remarkably good politics, but it has produced bad policies, giving us a weak economy with few jobs, growing income inequality and poverty, and a decline in our competitive position. In the real world, cooperation works much better than conflict, and "we need victories in the real world."

During the administration of William Jefferson Clinton, the U.S. enjoyed more peace and economic well being than at any time in its history. He was the first Democratic president since Franklin D. Roosevelt to win a second term. He could point to the lowest unemployment rate in modern times, the lowest inflation in 30 years, the highest home ownership in the country's history, dropping crime rates in many places, and reduced welfare rolls. He proposed the first balanced budget in decades and achieved a budget surplus. As part of a plan to celebrate the millennium in 2000, Clinton called for a great national initiative to end racial discrimination.

After the failure in his second year of a huge program of health care reform, Clinton shifted emphasis, declaring "the era of big government is over." He sought legislation to upgrade education, to protect jobs of parents who must care for sick children, to restrict handgun sales, and to strengthen environmental rules.

President Clinton was born William Jefferson Blythe III on August 19, 1946, in Hope, Arkansas, three months after his father died in a traffic accident. When he was four years old, his mother wed Roger Clinton, of Hot Springs, Arkansas. In high school, he took the family name.

He excelled as a student and as a saxophone player and once considered becoming a professional musician. As a delegate to Boys Nation while in high school, he met President John Kennedy in the White House Rose Garden. The encounter led him to enter a life of public service.

Clinton was graduated from Georgetown University and in 1968 won a Rhodes Scholarship to Oxford University. He received a law degree from Yale University in 1973, and entered politics in Arkansas.

He was defeated in his campaign for Congress in Arkansas's Third District in 1974. The next year he married Hillary Rodham, a graduate of Wellesley College and Yale Law School. In 1980, Chelsea, their only child, was born.

Clinton was elected Arkansas Attorney General in 1976, and won the governorship in 1978. After losing a bid for a second term, he regained the office four years later, and served until he defeated incumbent George Bush and third party candidate Ross Perot in the 1992 presidential race.

Clinton and his running mate, Tennessee's Senator Albert Gore Jr., then 44, represented a new generation in American political leadership. For the first time in 12 years both the White House and Congress were held by the same party. But that political edge was brief; the Republicans won both houses of Congress in 1994.

In 1998, as a result of issues surrounding personal indiscretions with a young woman White House intern, Clinton was the second U.S. president to be impeached by the House of Representatives. He was tried in the Senate and found not guilty of the charges brought against him. He apologized to the nation for his actions and continued to have unprecedented popular approval ratings for his job as president. In the world, he successfully dispatched peace keeping forces to war-torn Bosnia and bombed Iraq when Saddam Hussein stopped United Nations inspections for evidence of nuclear, chemical, and biological weapons. He became a global proponent for an expanded NATO, more open international trade, and a worldwide campaign against drug trafficking. He drew huge crowds when he traveled through South America, Europe, Russia, Africa, and China, advocating U.S. style freedom.

Very Fine without any discernible flaws for both hardcover and dust-jacket. The condition is of the highest quality.