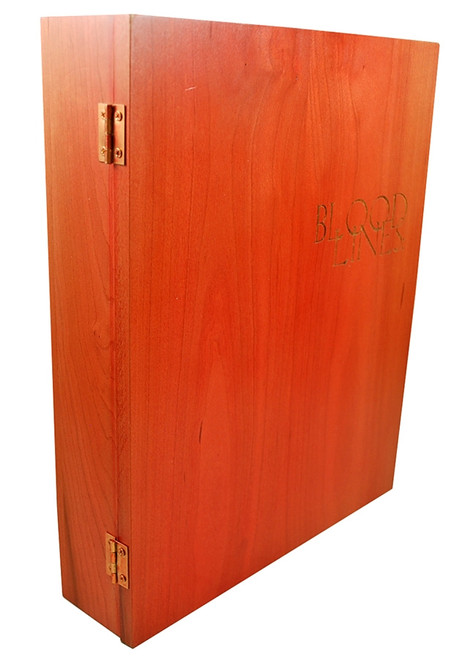 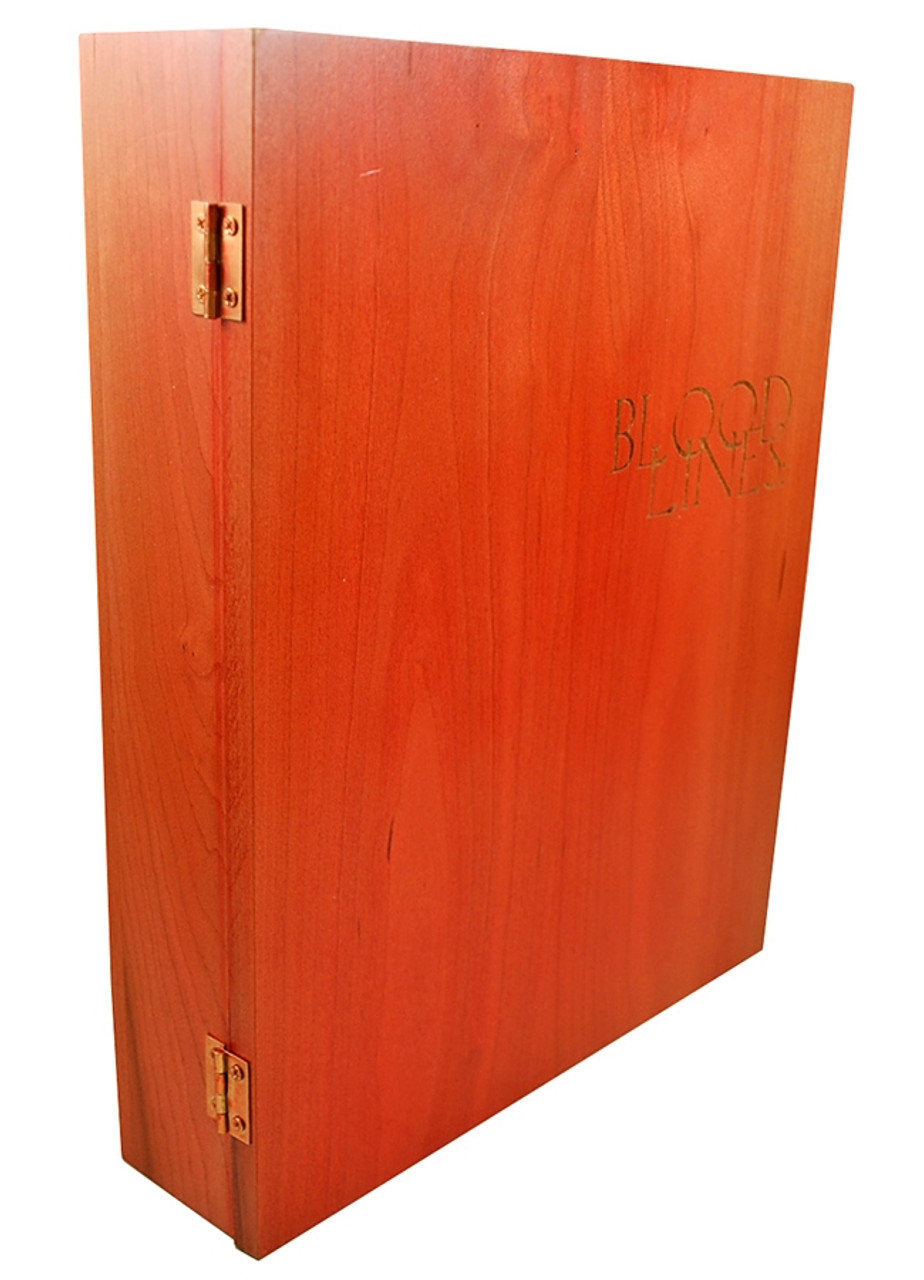 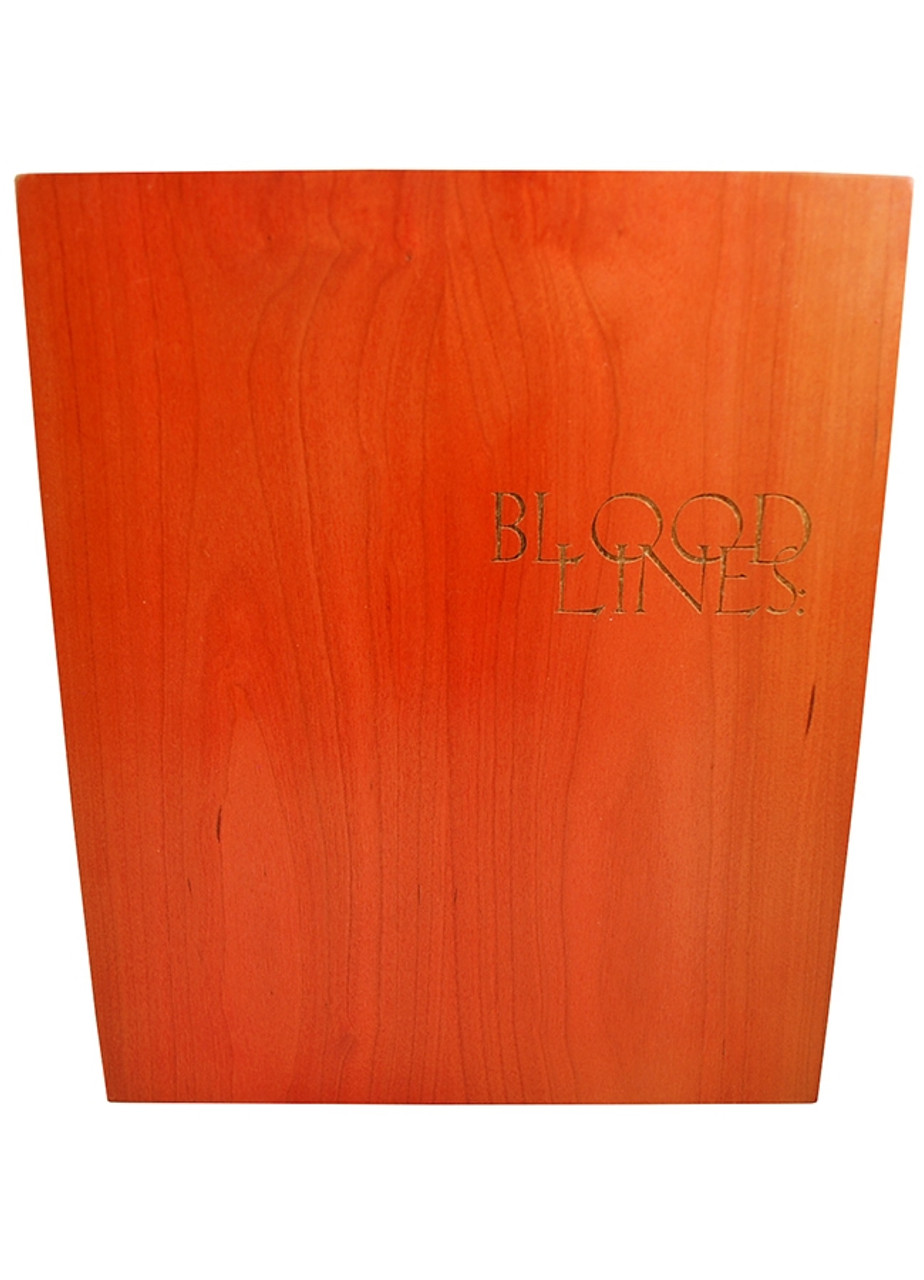 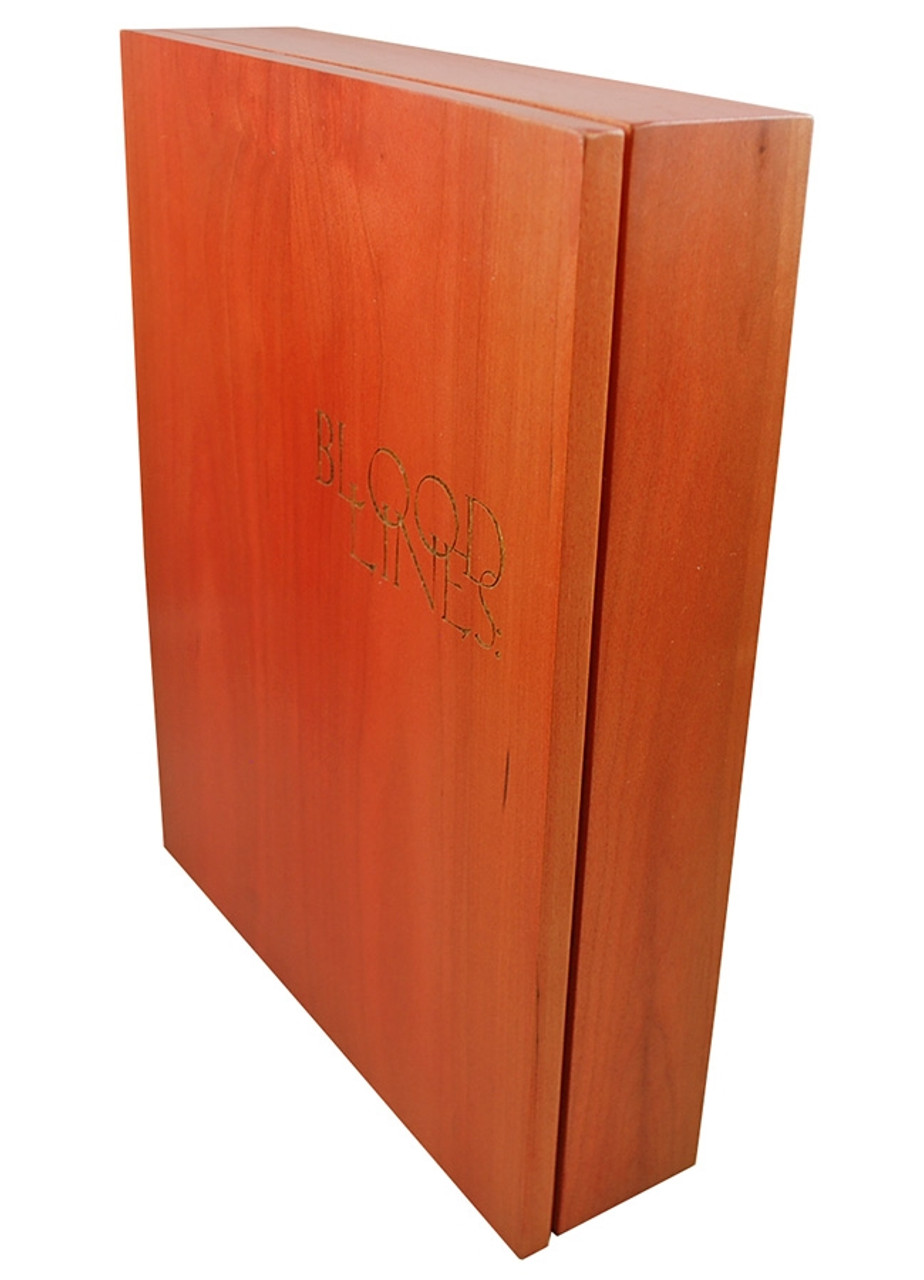 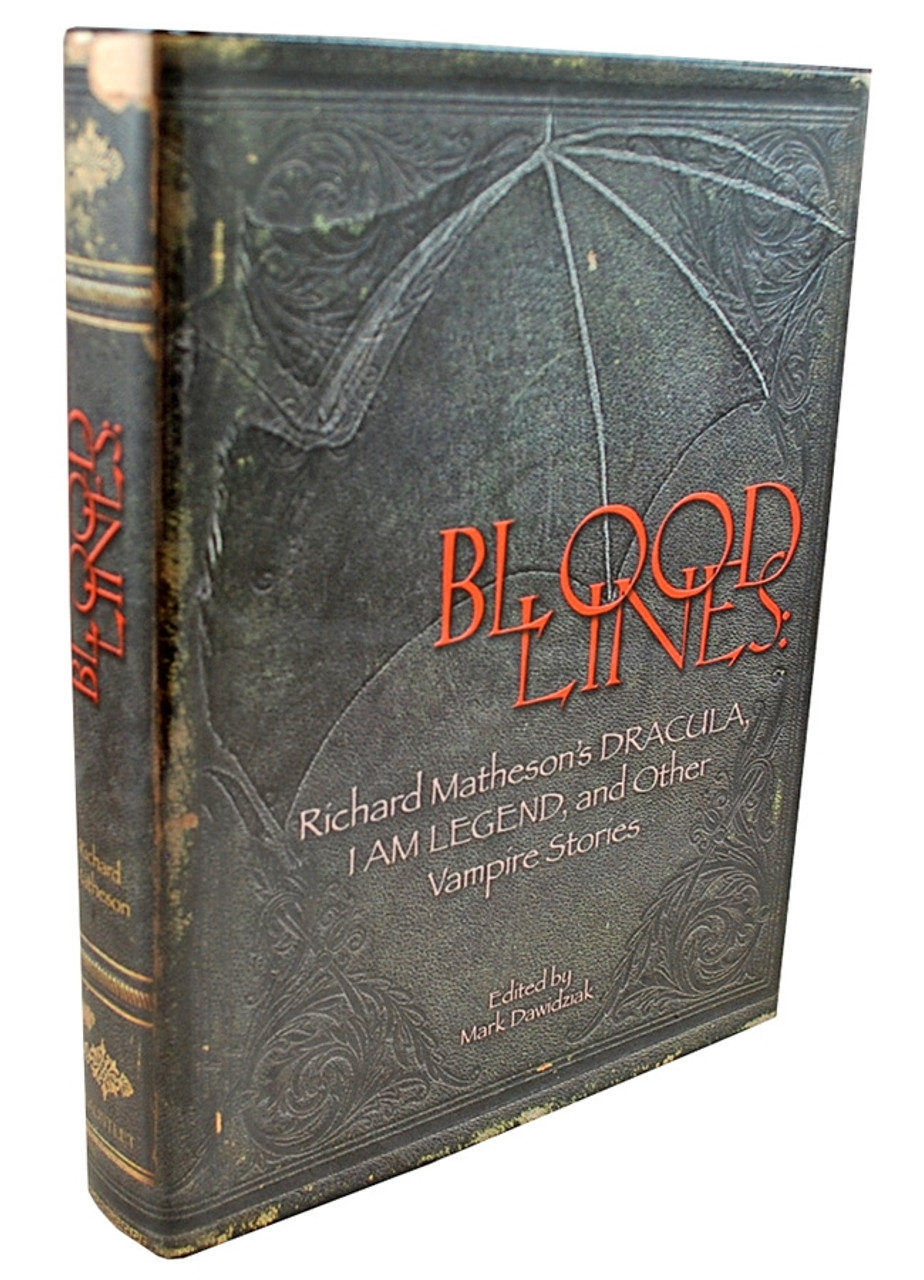 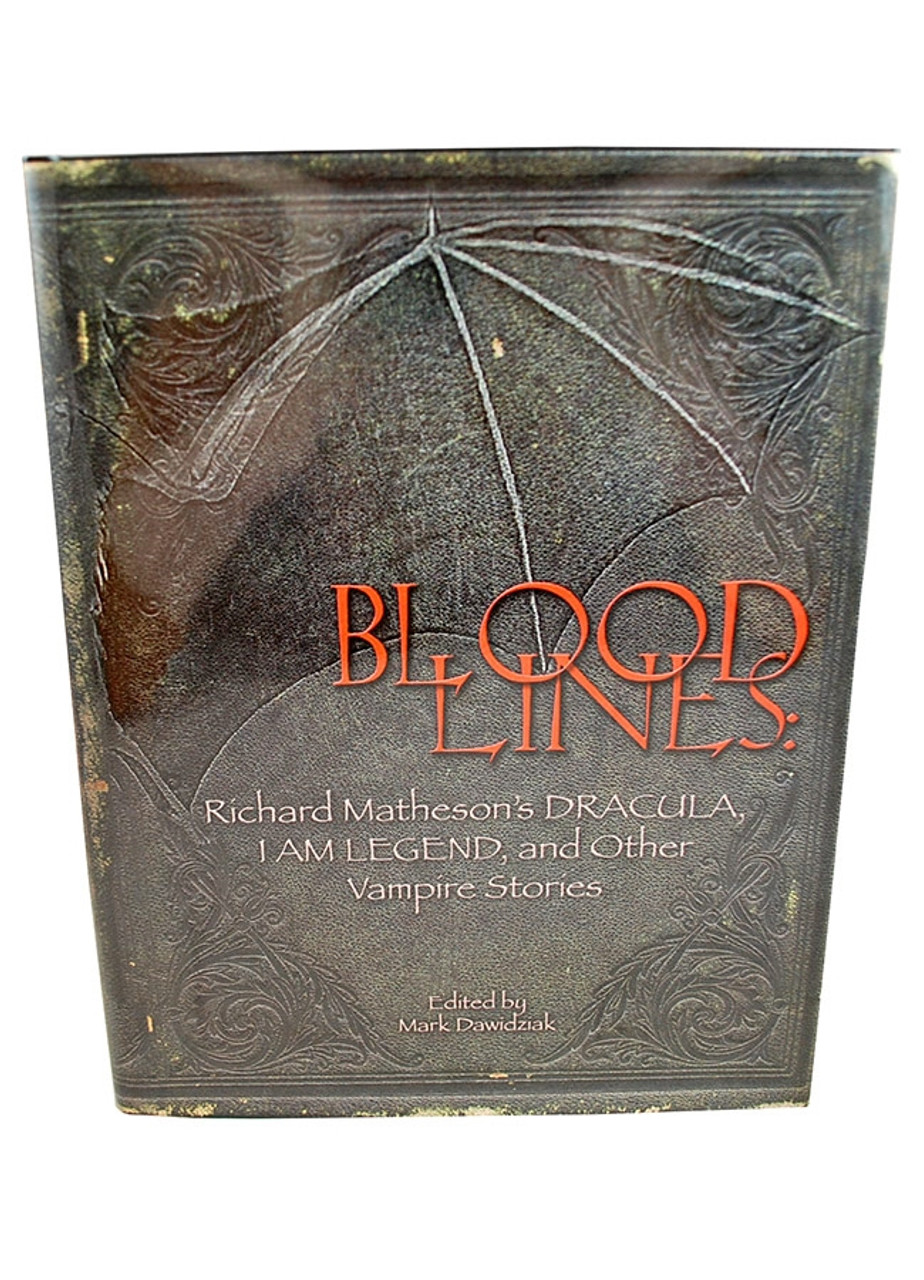 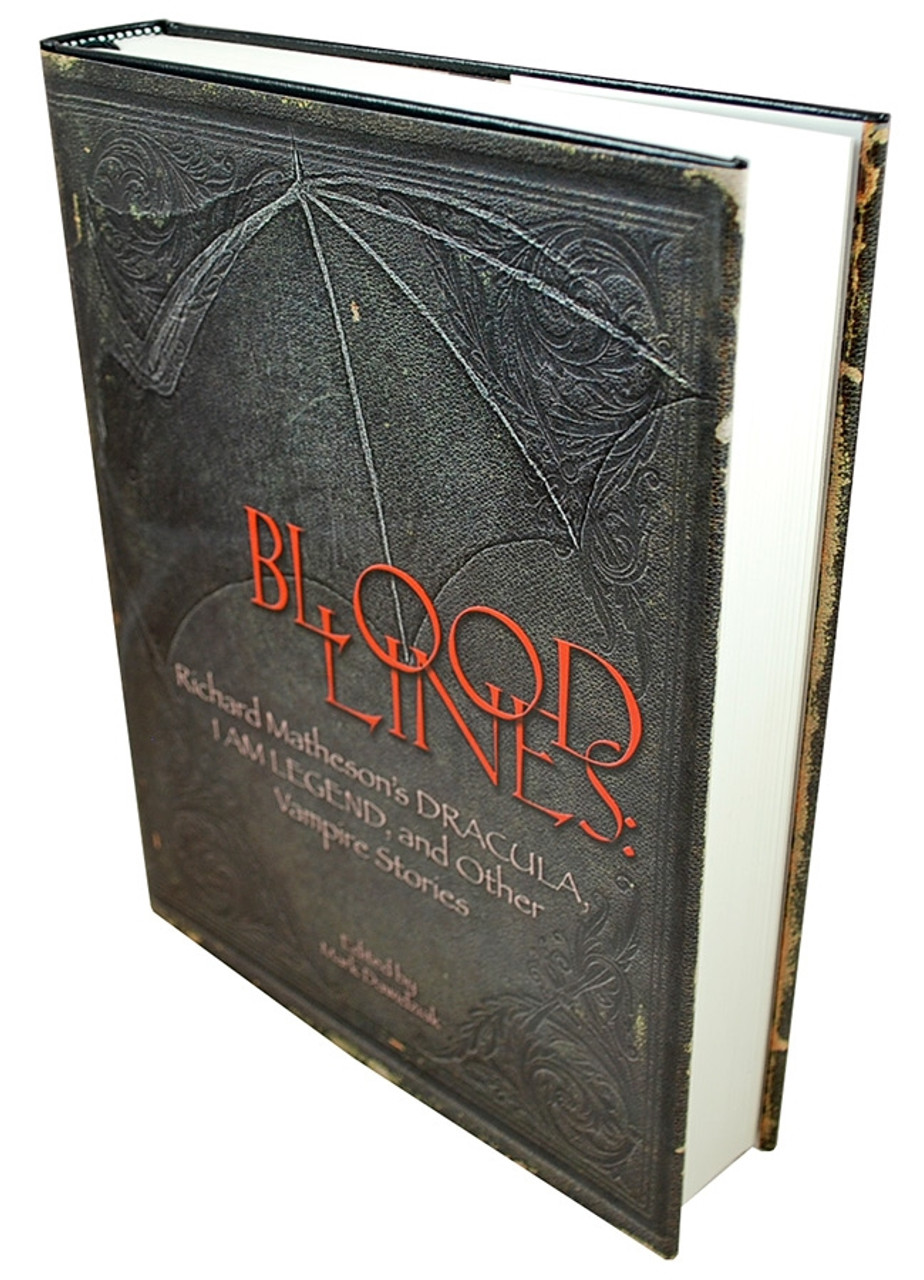 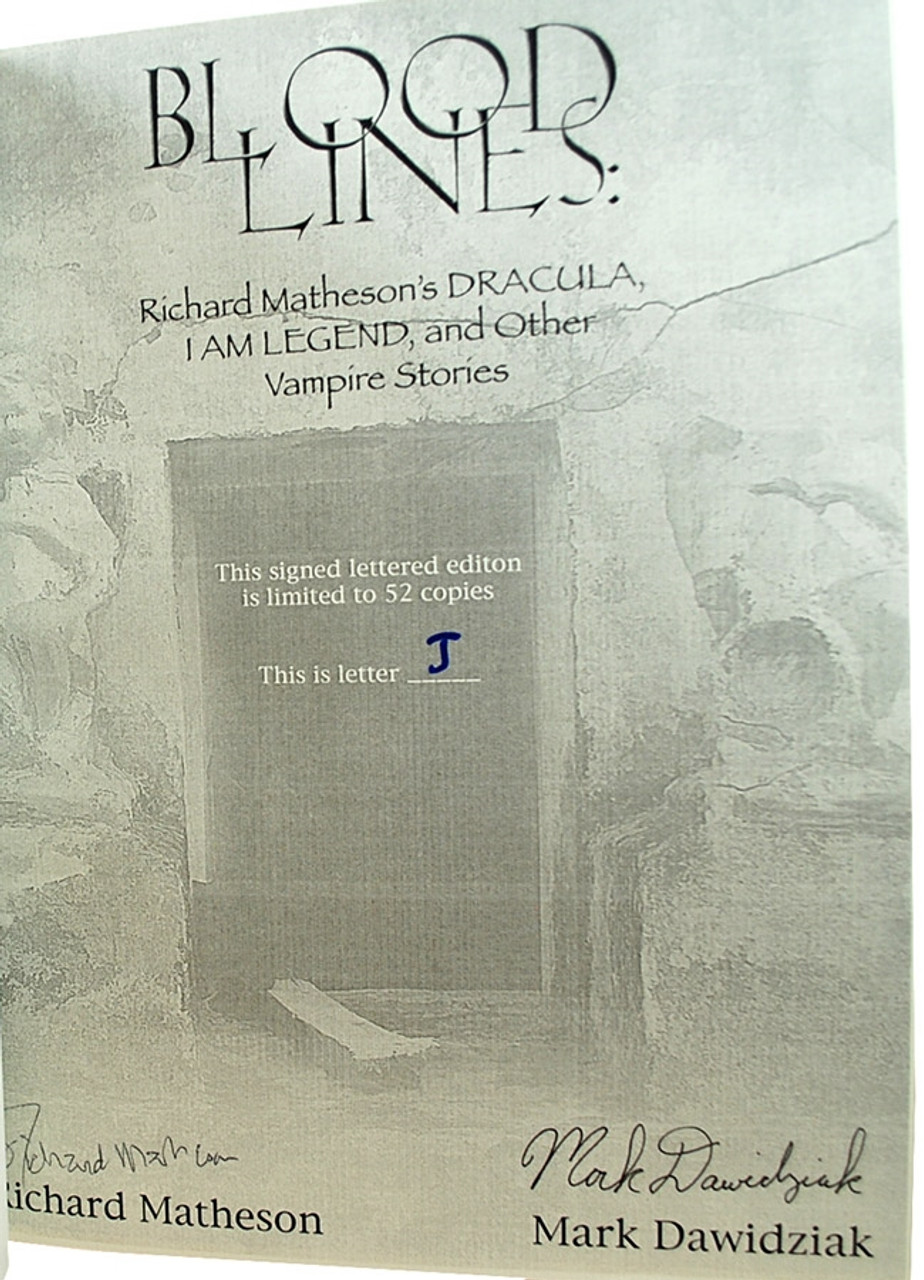 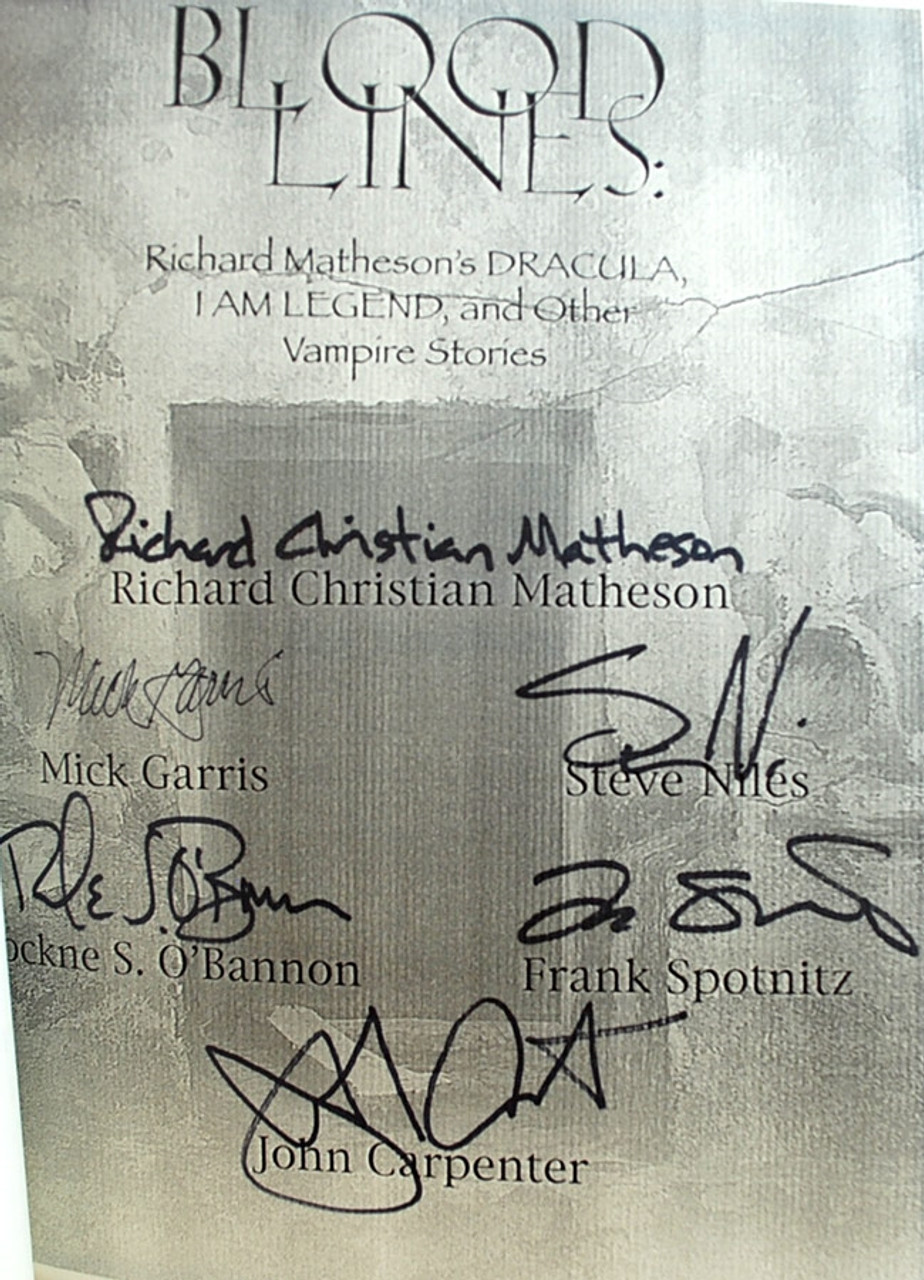 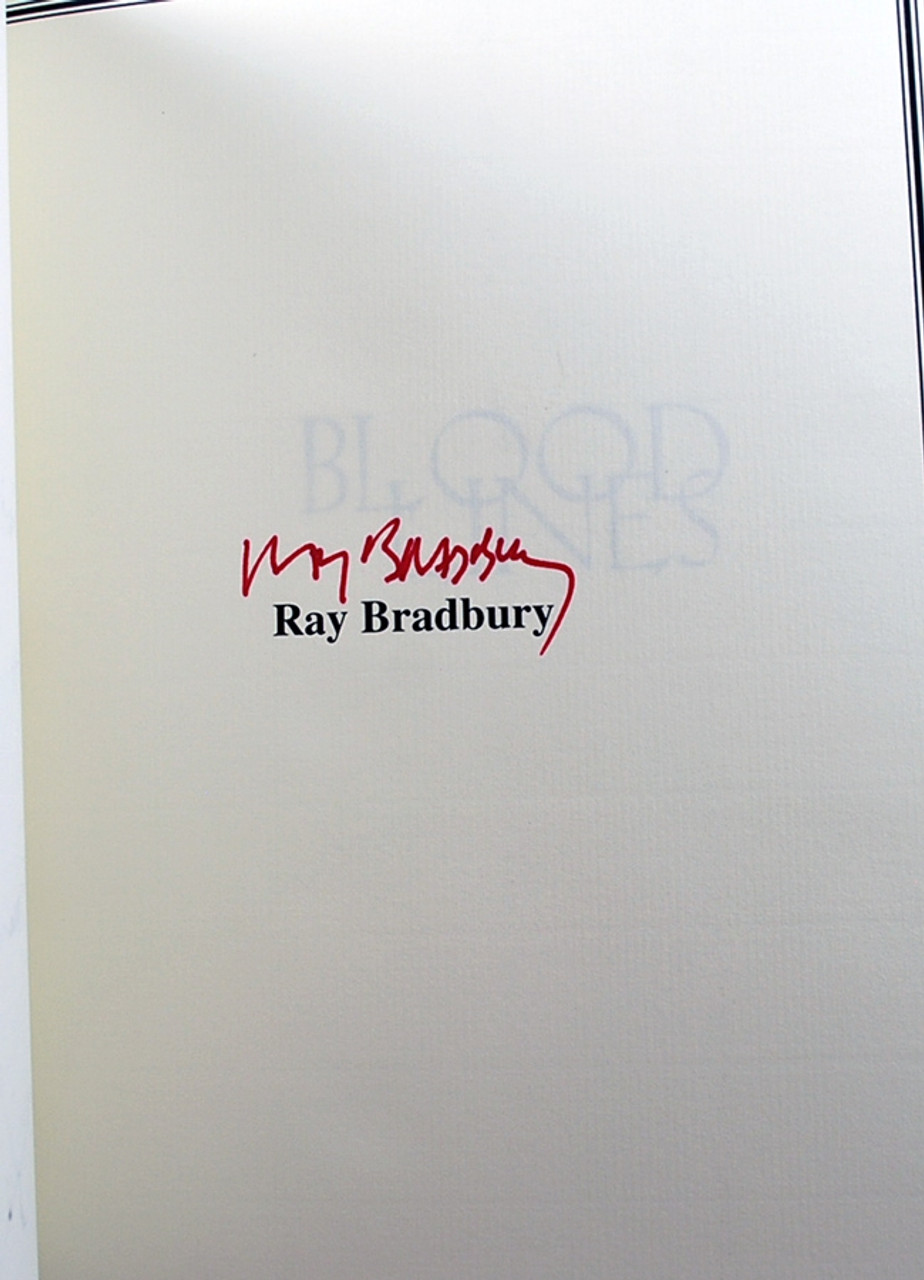 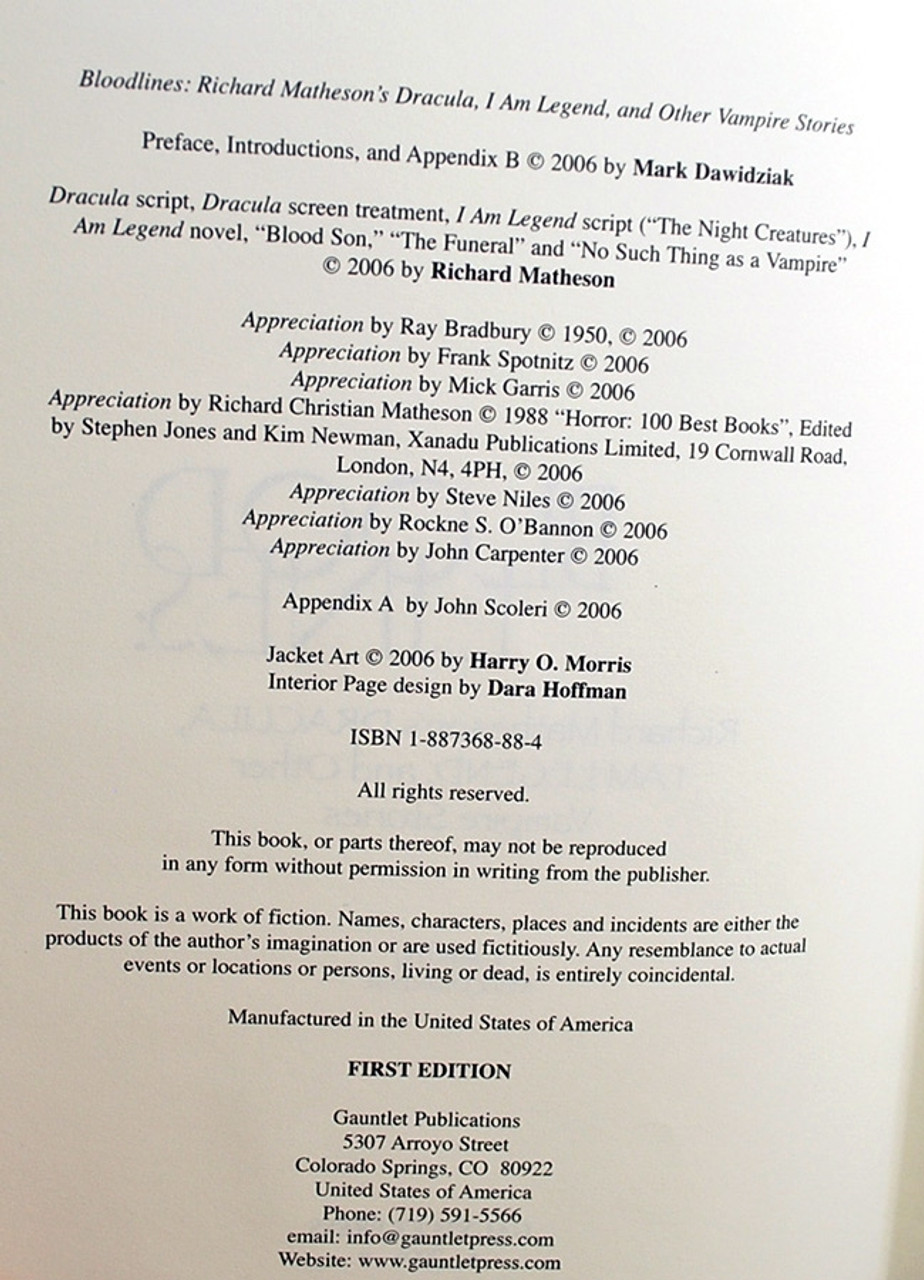 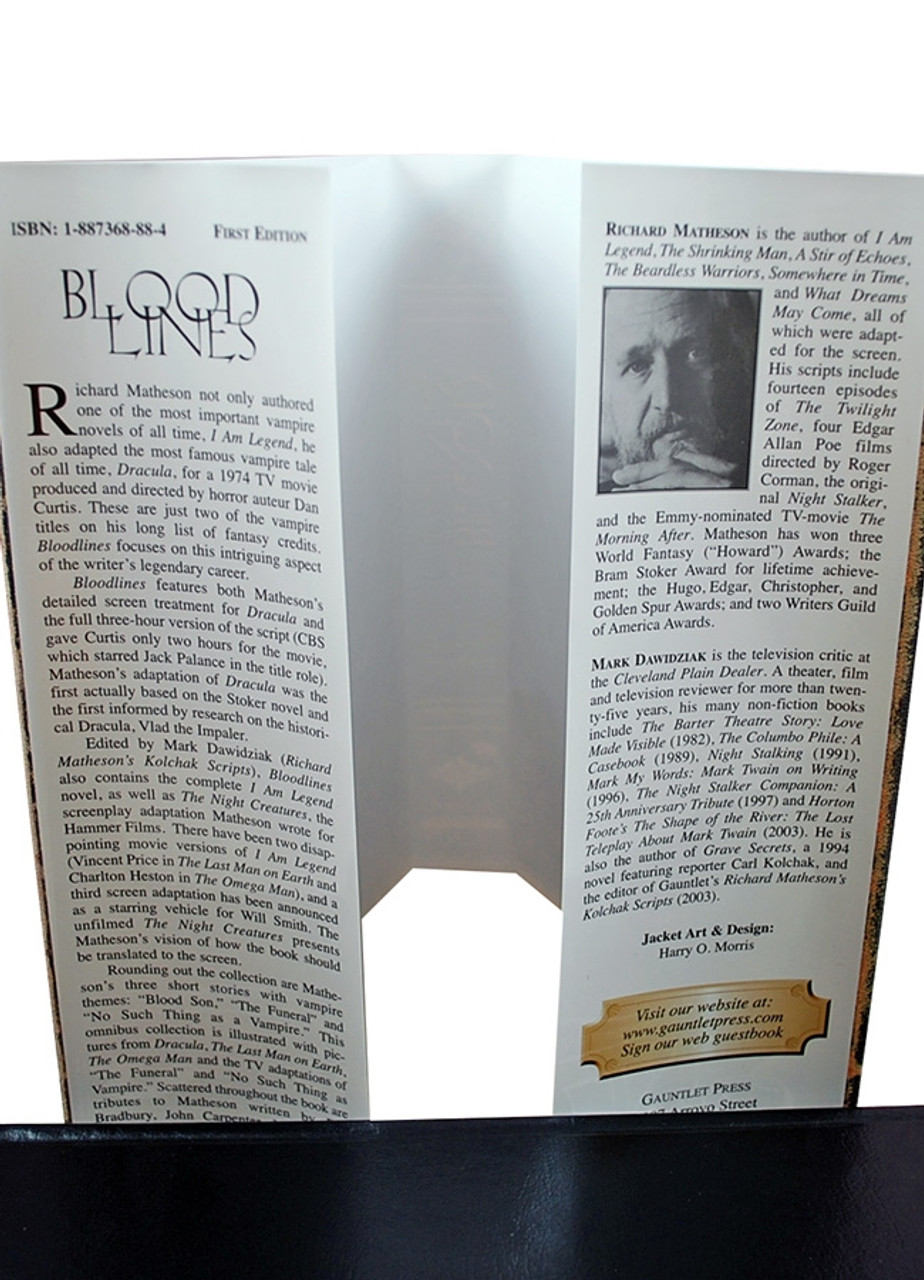 Stephen King has called Richard Matheson "the author who influenced me most as a writer."

Gauntlet Press 2006. Bloodlines. Signed Lettered Edition. One of only 52 copies produced. This rare edition is presented in a beautiful hinged redwood coffin

Personally hand signed by Richard Matheson, Ray Bradbury, John Carpenter, and those who write appreciation for this book.

This was the high profile Matheson release of 2006, Bloodlines: Richard Matheson's Dracula, I Am Legend, and Other Vampire Stories. 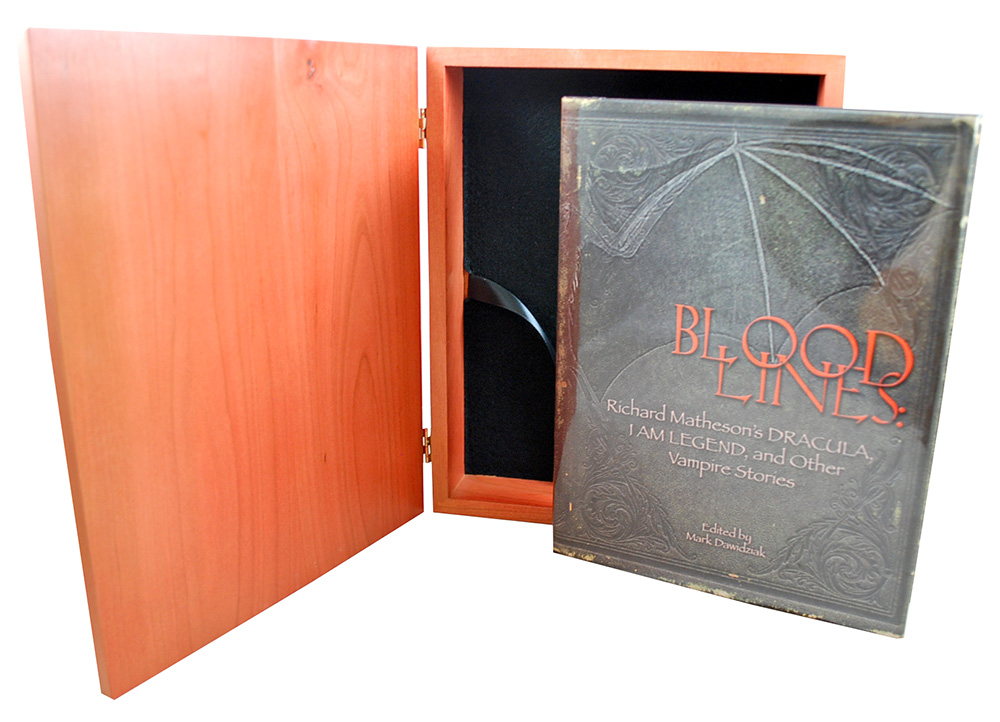 An omnibus collection of Matheson's vampire tales and scripts.

Edited by Mark Dawidziak (The Kolchak Scripts), the book contains both the novel and screenplay for I Am Legend (there has never been a Lettered edition of the book). Matheson's script was purchased by Hammer Films in the U.K. in the sixties, but the British Censor Board called for two pages or revisions due to "gruesomeness", which Matheson would not make. The letter with the script is printed in this book. This is Matheson's vision of his classic novel, which is far better than the two films that don't come close to doing justice to the book.

Matheson was also the first to write a Dracula script based on the Bram Stoker novel. Filmed in 1974 for television by the late Dan Curtis (starring Jack Palance), we have both Matheson's screen treatment and script. This is another oversized 8 " x 11 book with the Dracula script presented as Matheson typed it, with many handwritten corrections and changes.

This book contains loads of appreciations that have appeared in both editions of this title. Those who wrote the appreciations have personally hand signed this Lettered edition only, which are Ray Bradbury, John Carpenter, Rockne S. O'Bannon, Mick Garris, Frank Spotnitz, Steve Niles and Richard Christian Matheson.

Table of Contents for Bloodlines

I Am Legend screenplay

"Besides allowing for a comparison between the narrative and the script, this rare document shows how Matheson envisioned the screen version of his story. A lively, troubling, emotionally challenging read, one laments the fact that this version was never made, its chances destroyed by British censors, replaced instead by two lackluster attempts which offer none of Matheson's original pathos."

"Later produced and directed by the late Dan Curtis, who injected a deliciously dark atmosphere into Matheson's story structure, Dracula was produced minus one whole hour of the planned shooting script. Therefore fans of the film will note several differences between the script and the finished film, including more elaborate characterizations."

"Among the many fine things Gauntlet Press has done over its history is to bring us Richard Matheson material that we probably wouldn�t have seen otherwise. That tradition certainly continues with BLOODLINES...For all that's he accomplished, I still don't think Matheson has ever gotten his due for how much he changed popular fiction in horror, mystery, Western and mainstream fiction. The tributes here pretty much say the same thing: how powerful an influence he's been on at least three generations of writers and yet he's still not a household name. This is a splendid book in every respect and many thanks to editor Dawidziak and, of course, Matheson himself."
-- Ed Gorman

"Since Bram Stoker wrote DRACULA, no other writer has done as much to advance the vampire legend in print and on screen than Richard Matheson. BLOODLINES proves that point."
-- Zacherley's Picks

"(A) beautifully done tribute to Matheson and all things bloodsucking..."
-- Squib Central

"Editor Mark Dawidziak has done a superb job in assembling this one... (Bloodlines has) an exclusive, personal touch."
-- Bookgasm 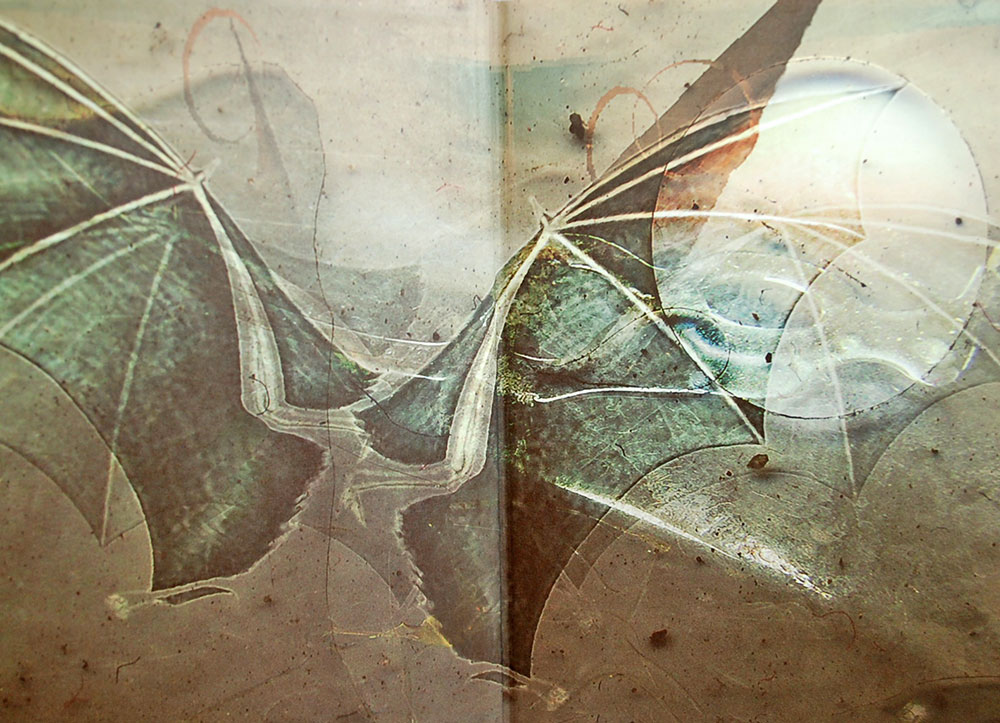 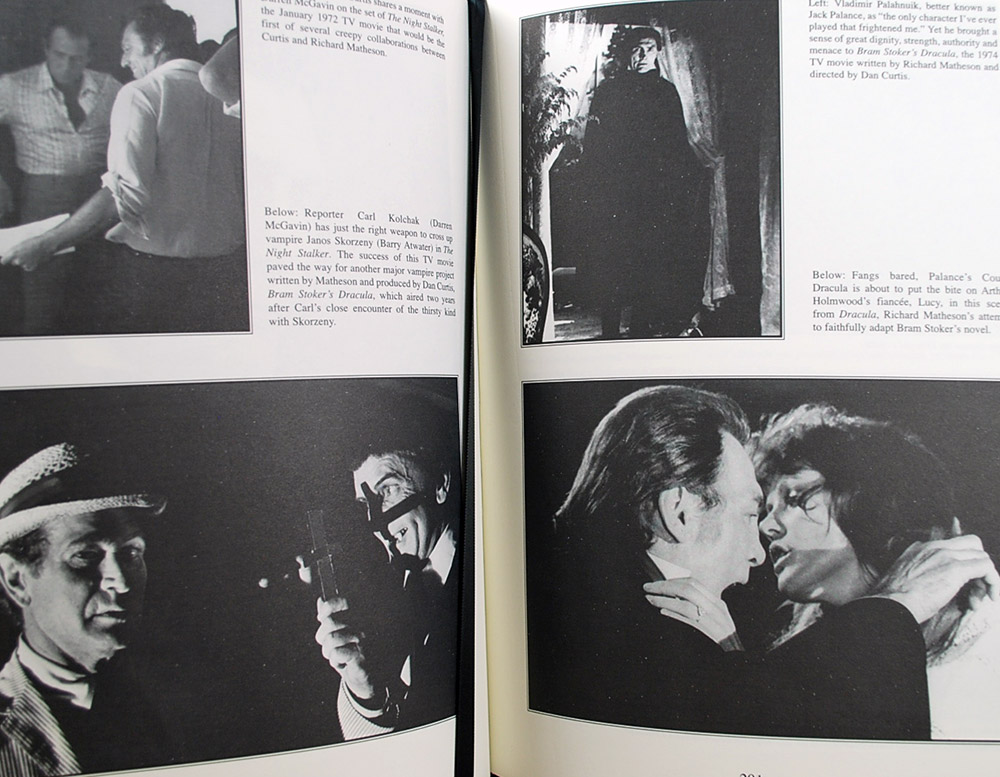 VERY FINE GUARANTEED – Very Fine condition as if normally shipped from the publisher. The condition is of the highest quality without any discernible flaws. Sharp corners all around. Unread book without any marks, writing, or stamps. This item will be packed to the highest standard and shipped in a timely manner by Priority Mail with tracking number and signature confirmation.

"He Is Legend: An Anthology Celebrating Richard Matheson" Signed Limited Edition No. 632 of 750 [Very Fine/Very Fine]

"A brilliant father-son story by father-son King-Hill, (Throttle) is a must read." -- DarkTower.com A Spectacular Anthology of Original, Never-Before Published Stories by Today's Best...