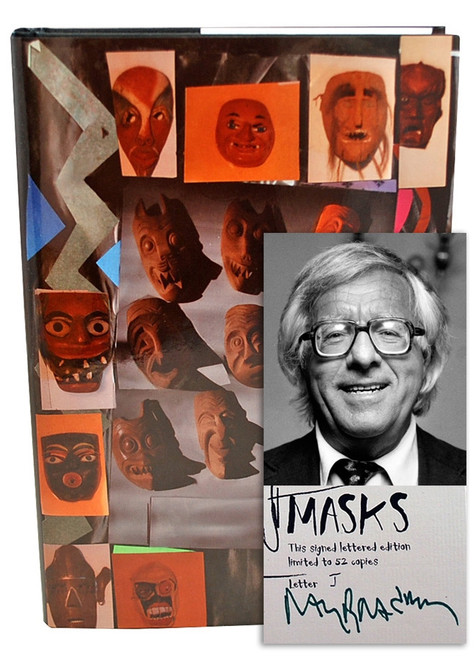 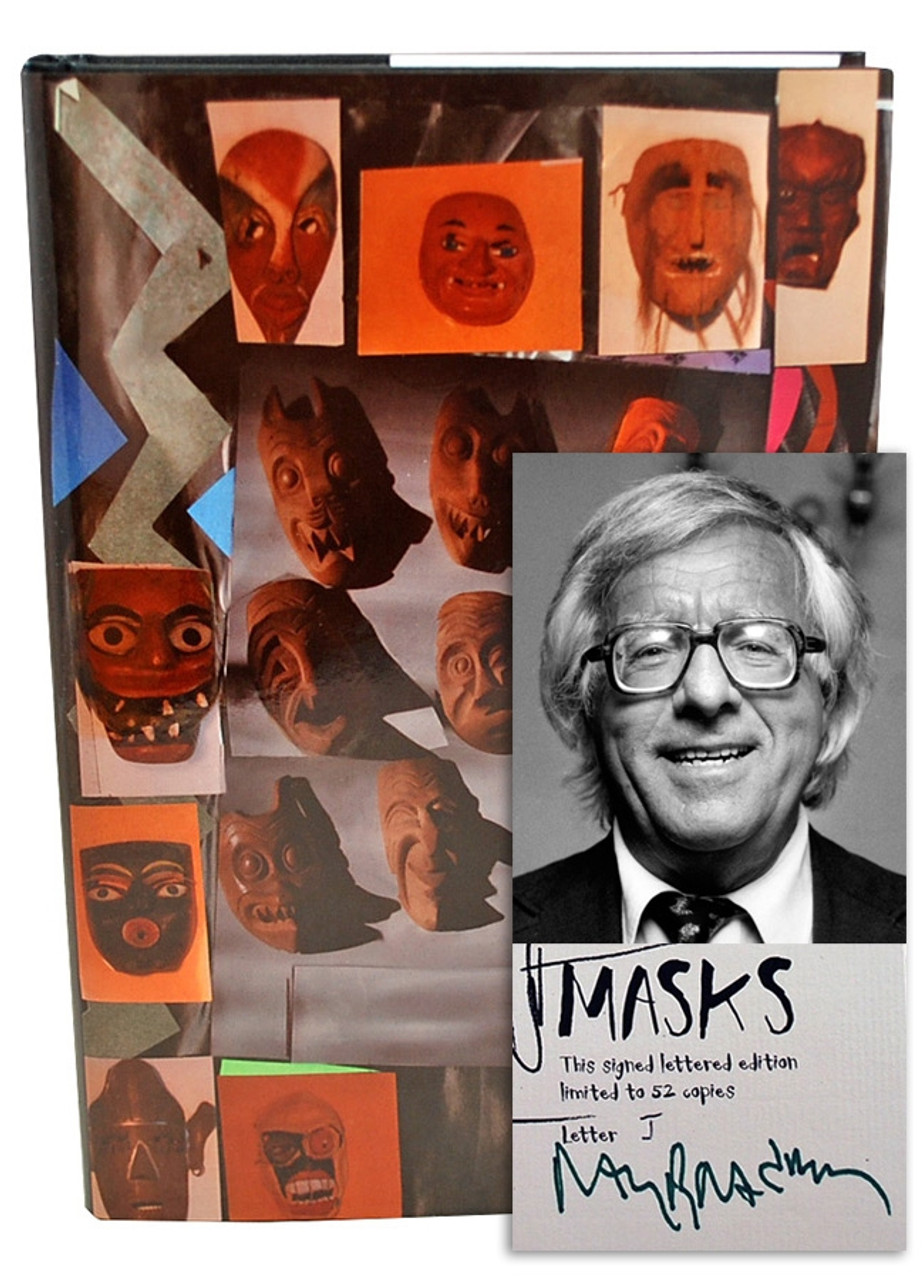 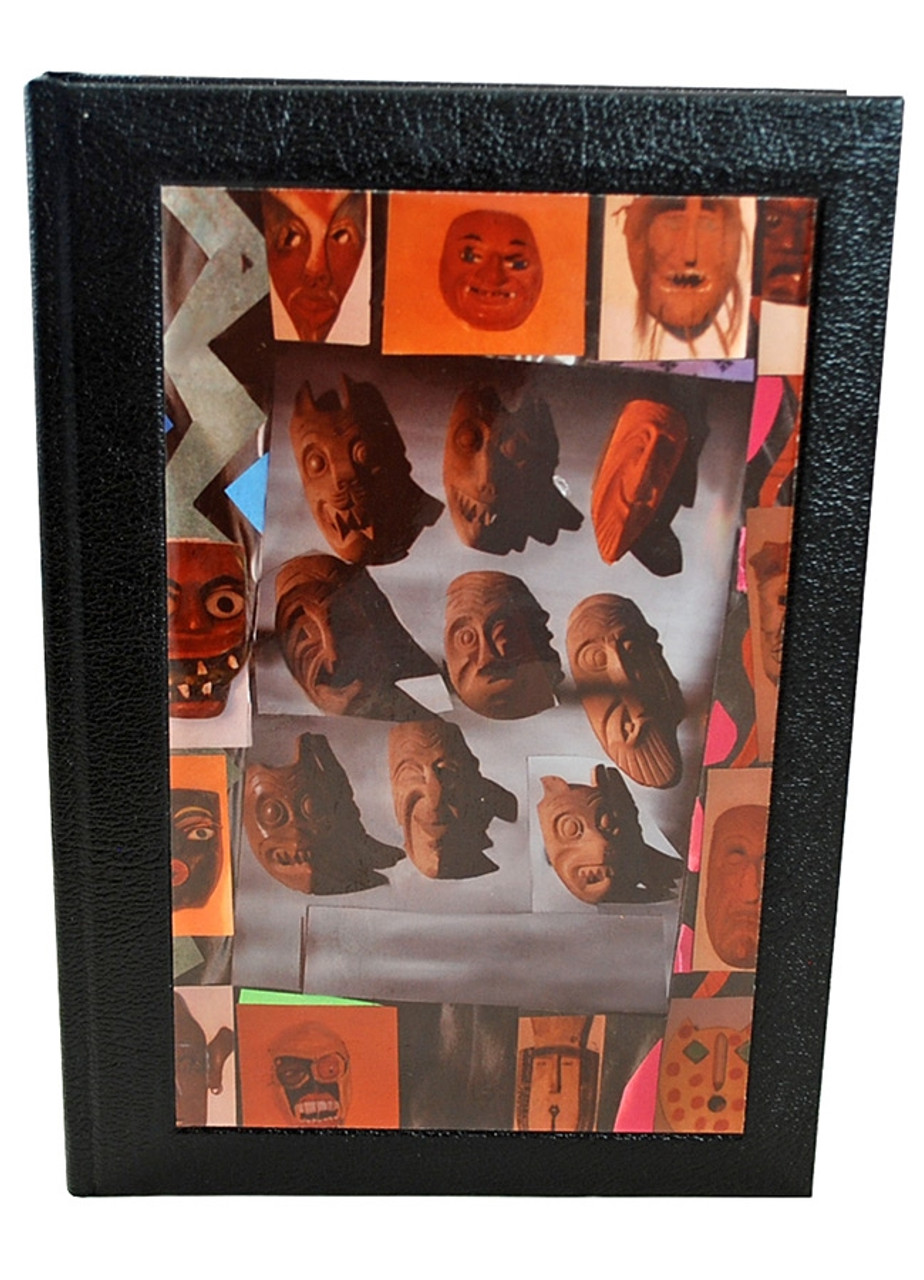 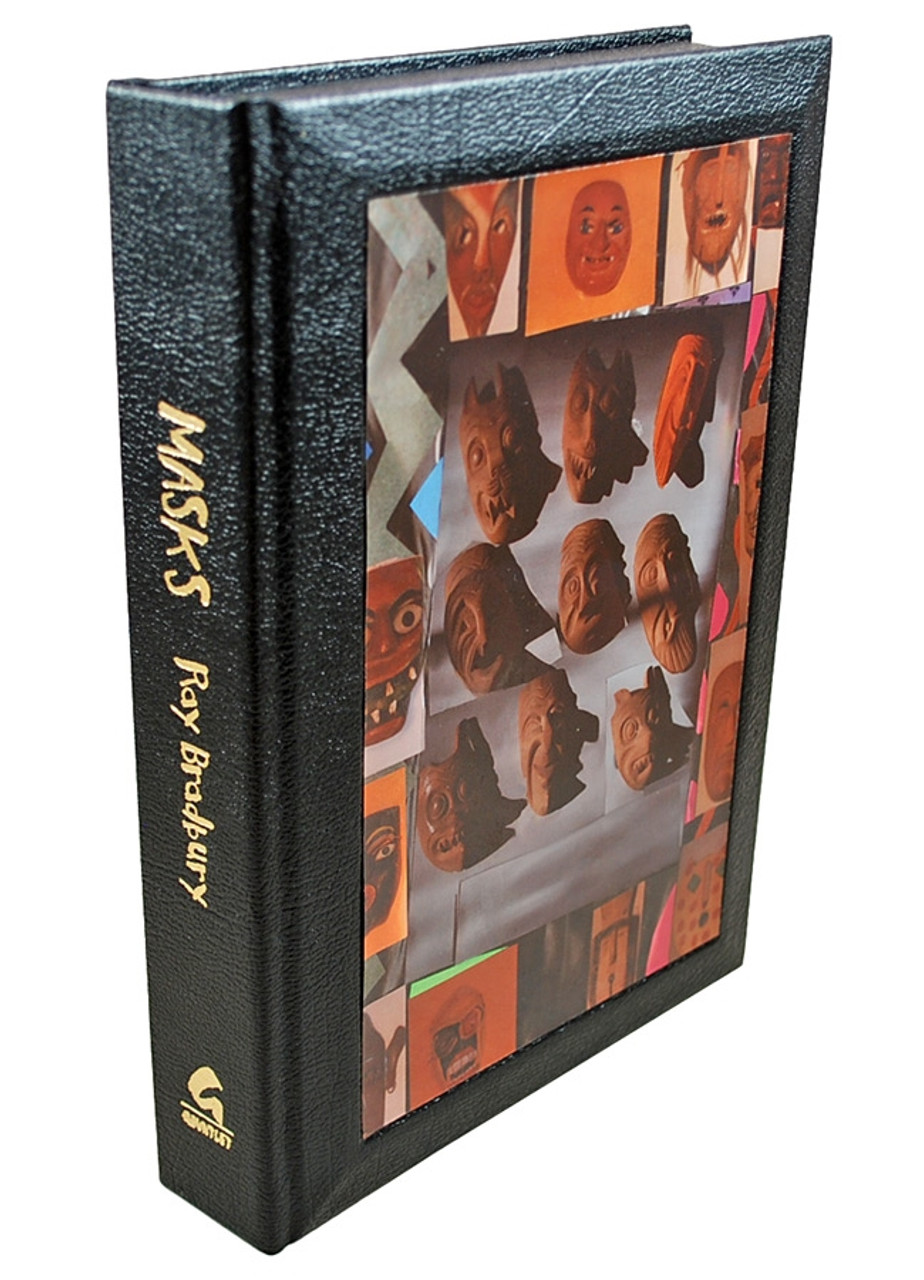 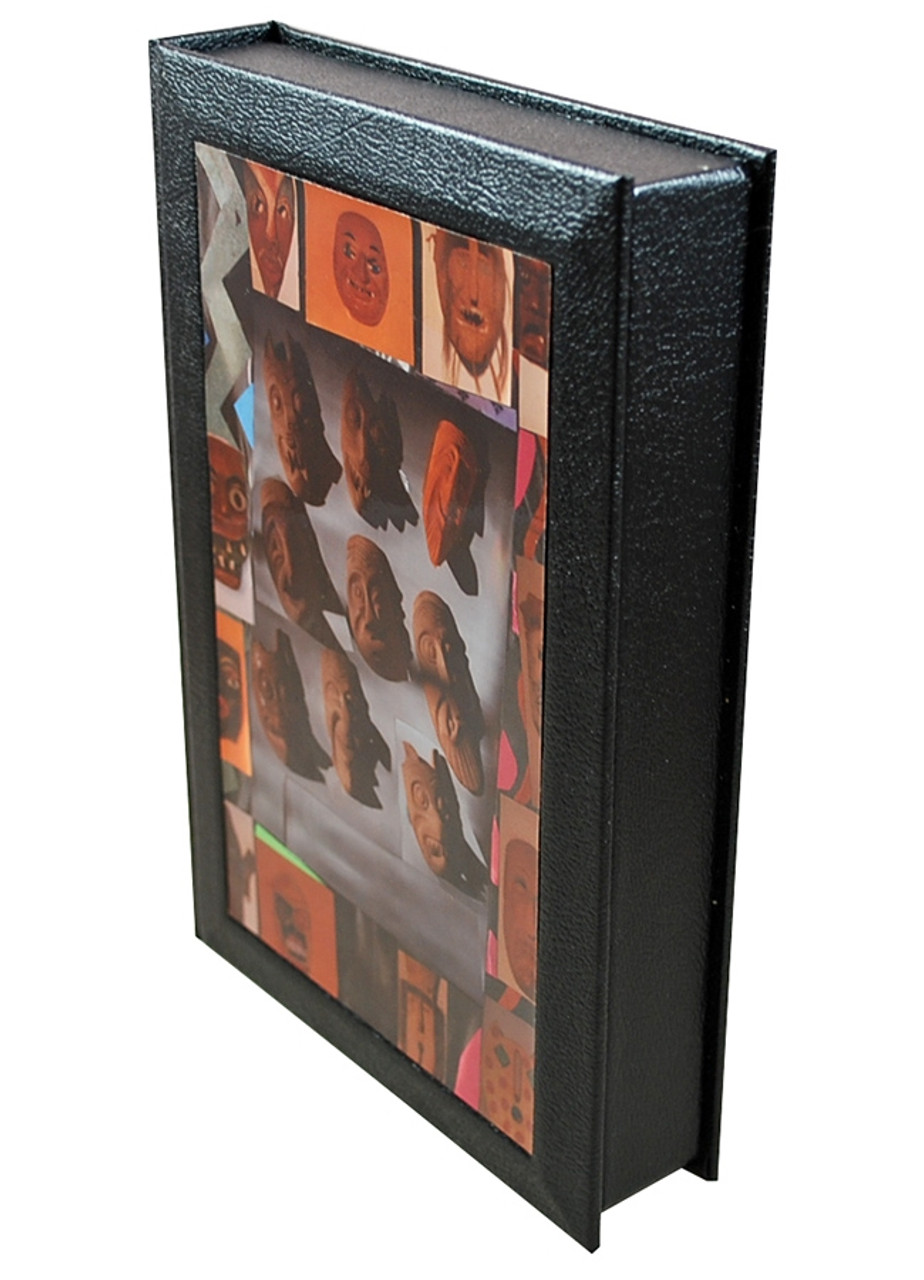 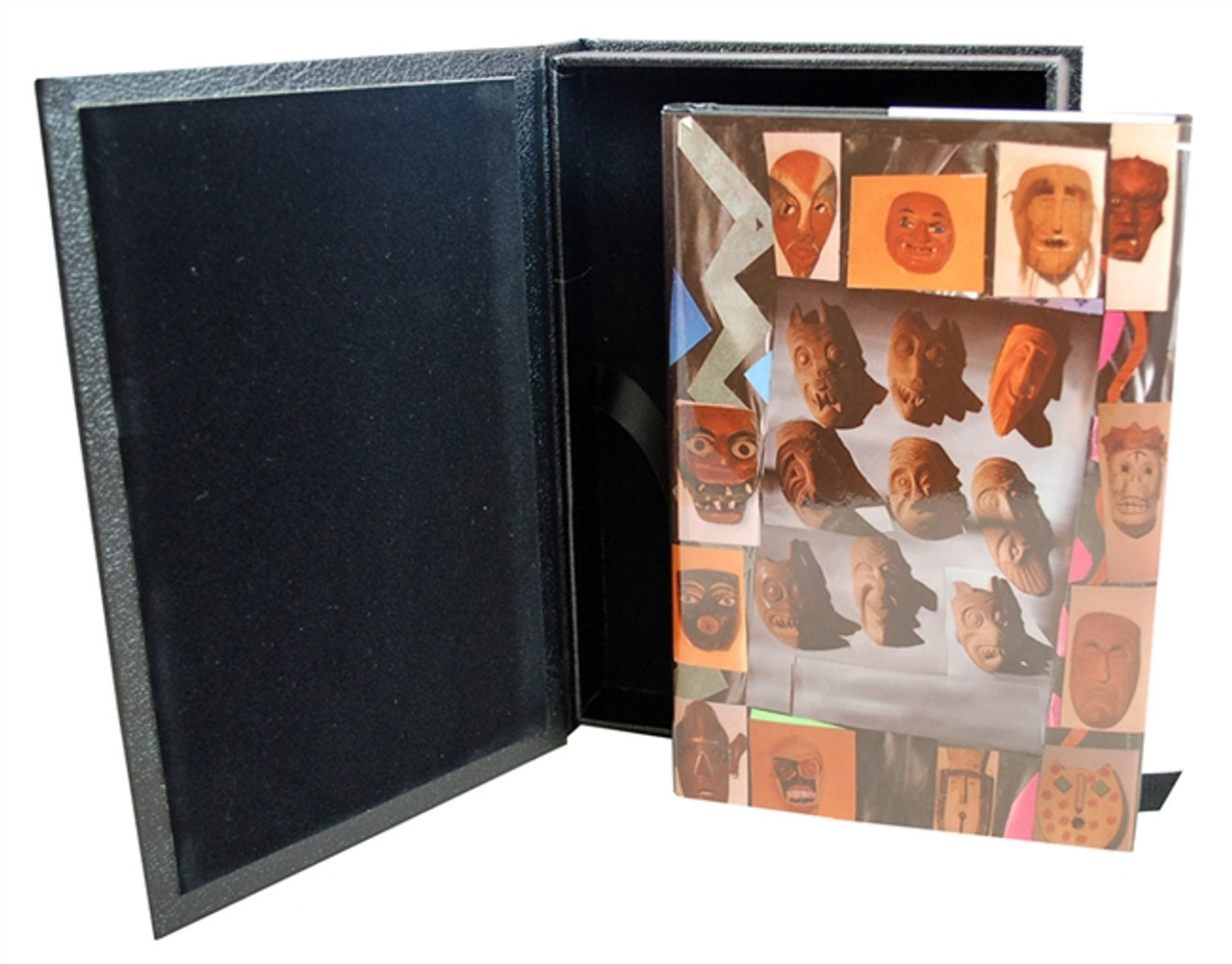 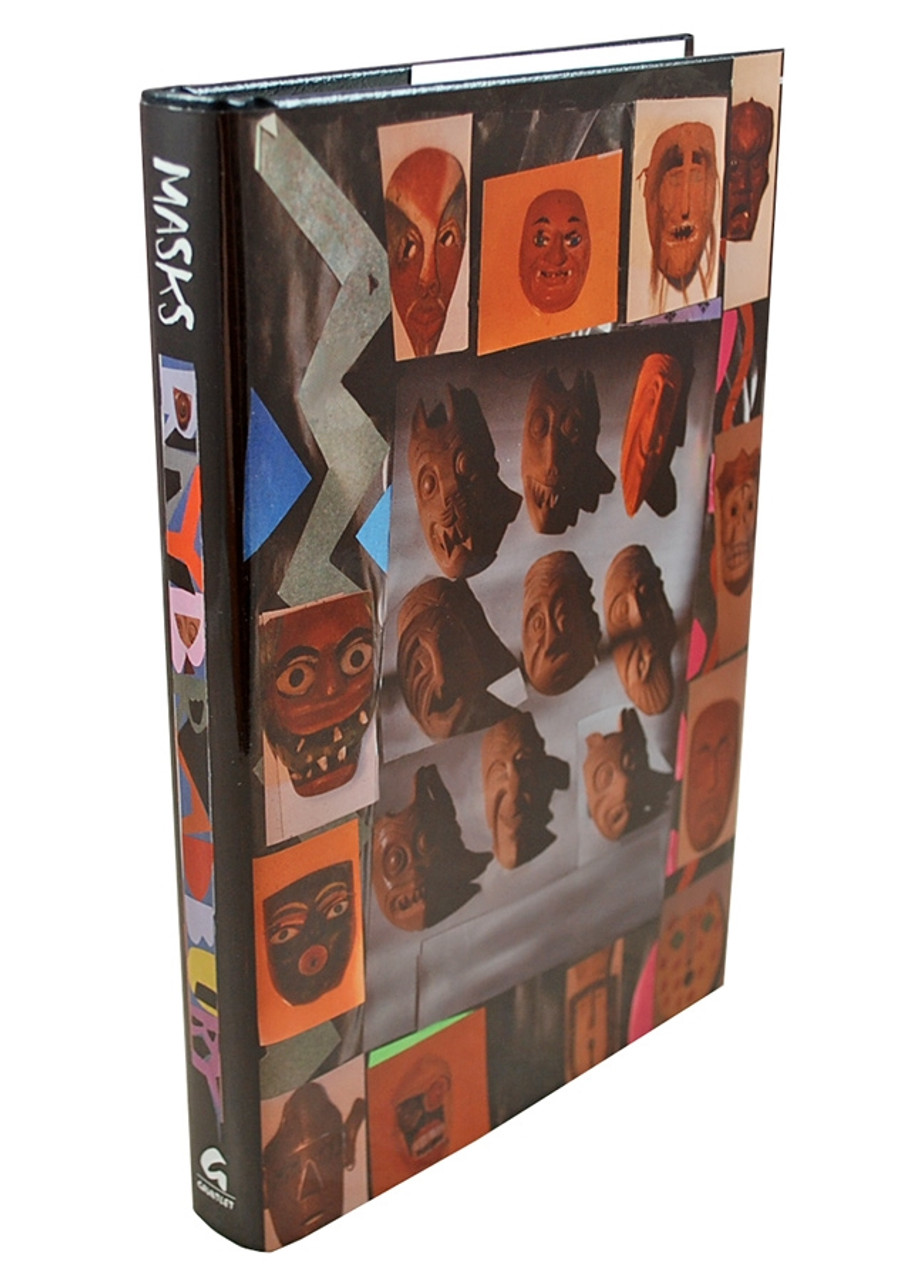 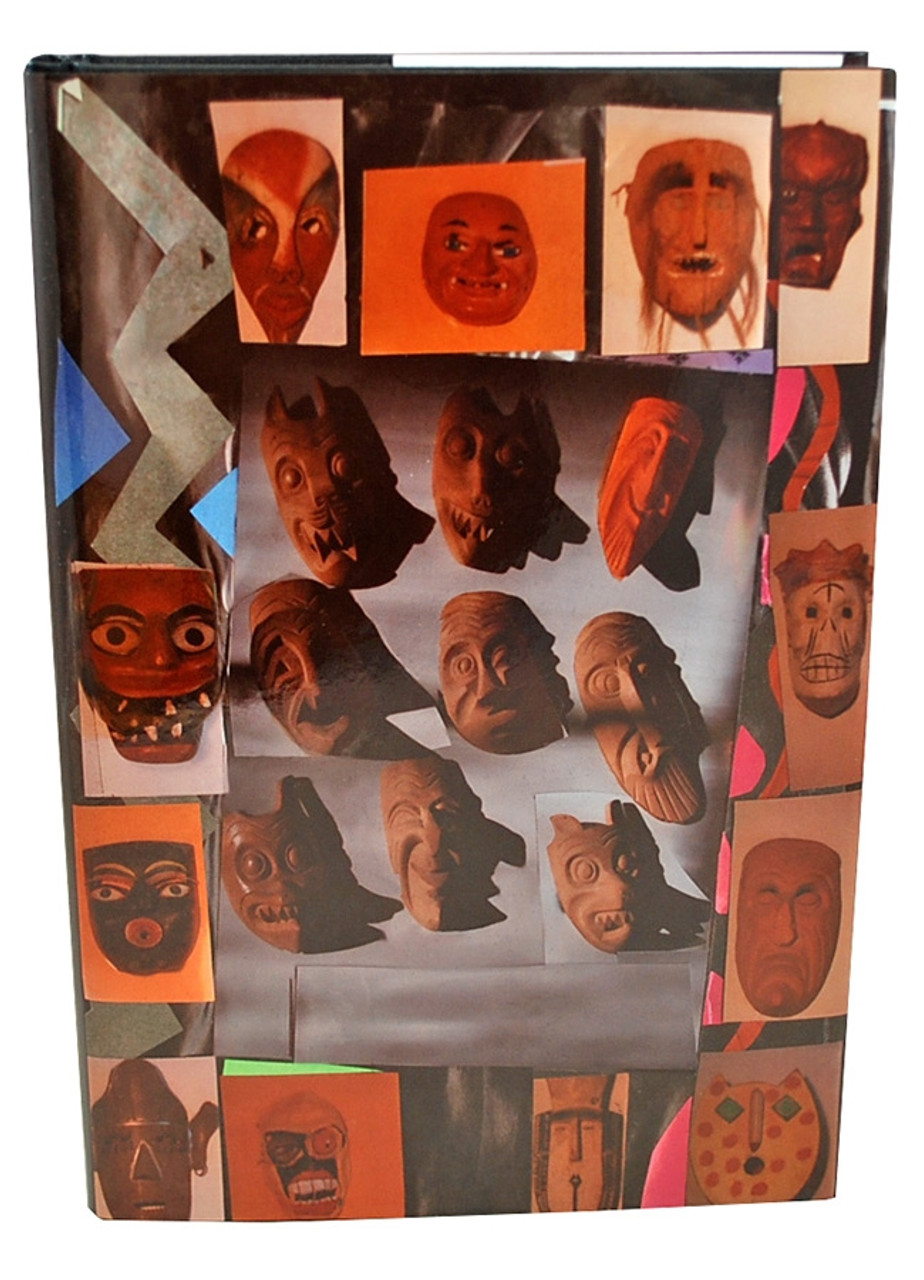 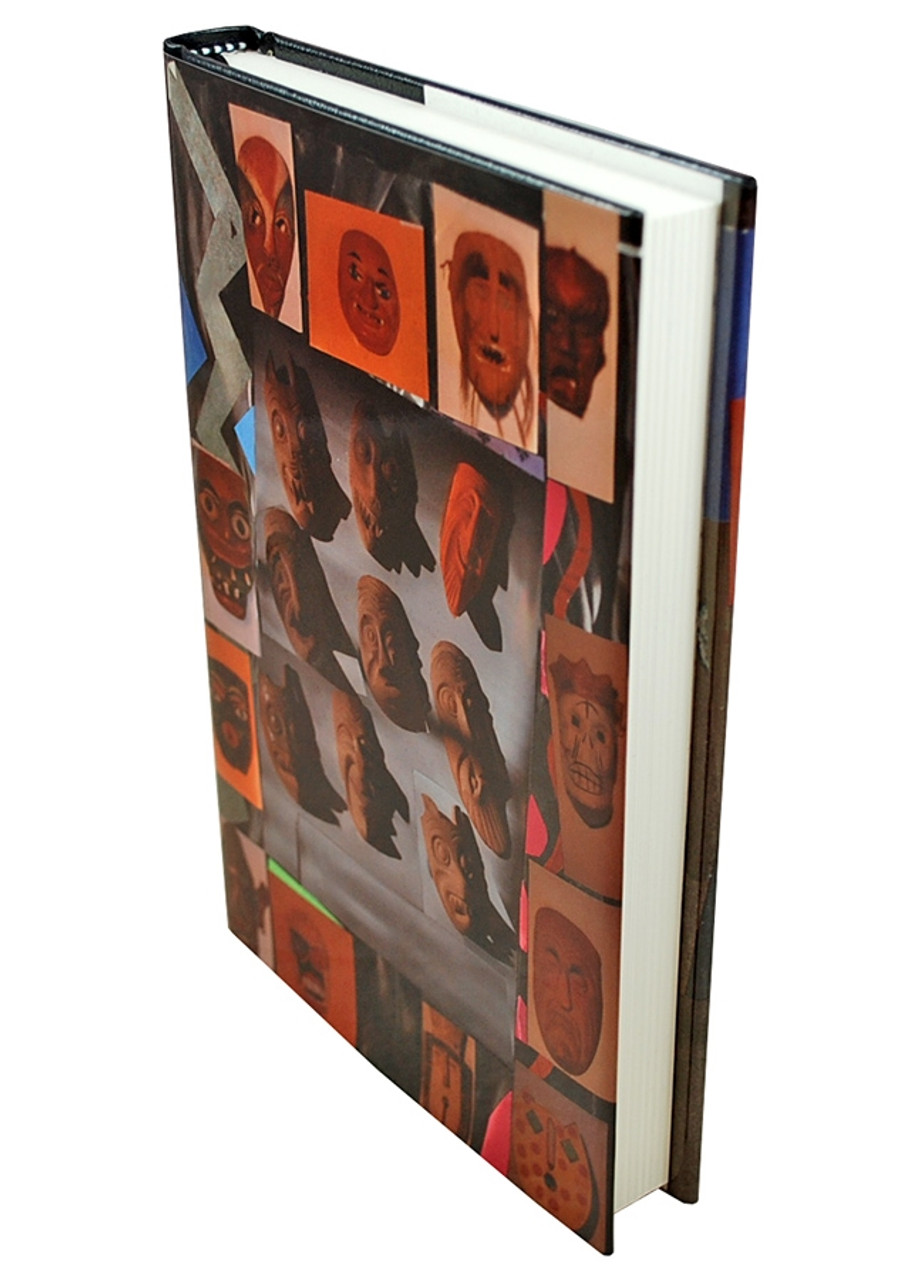 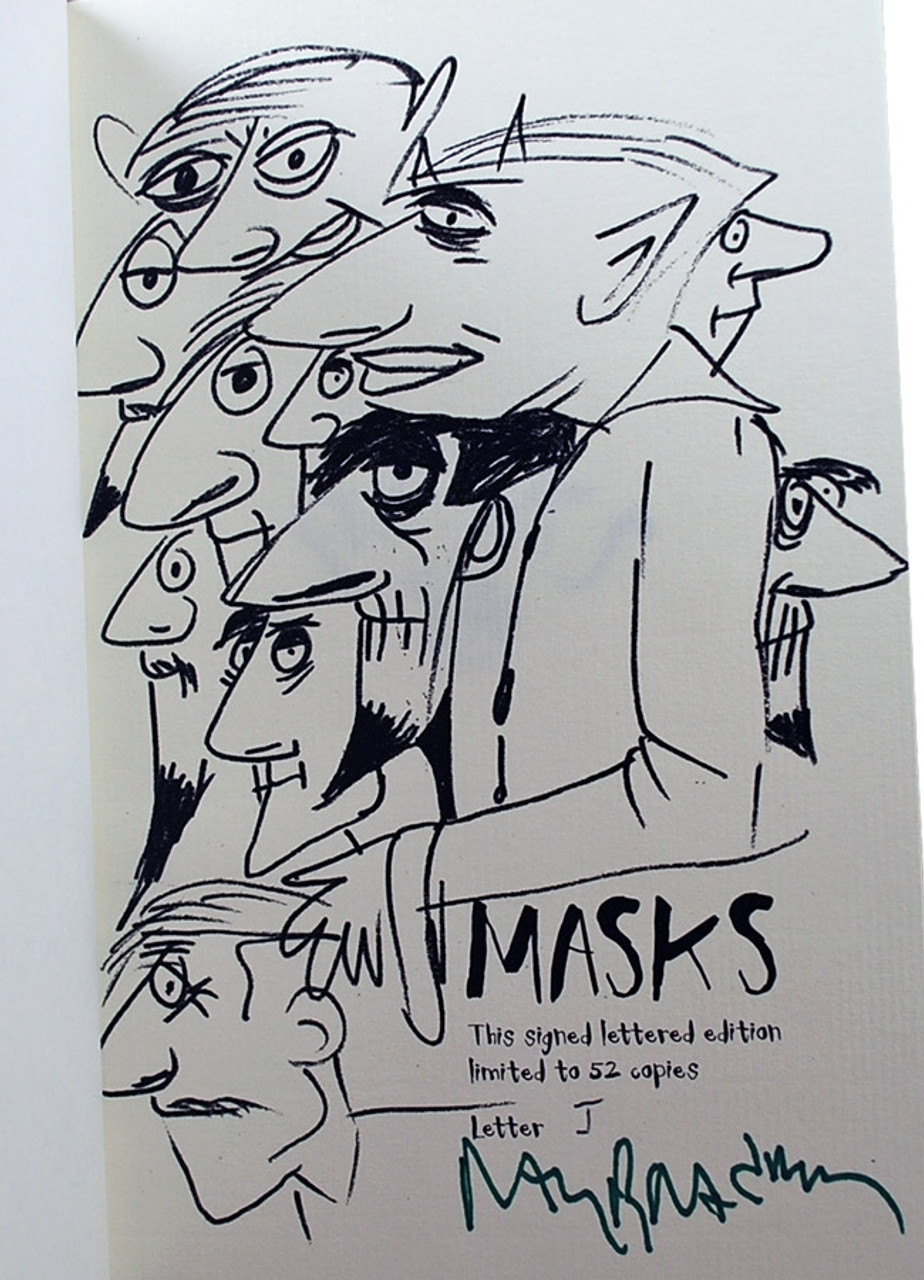 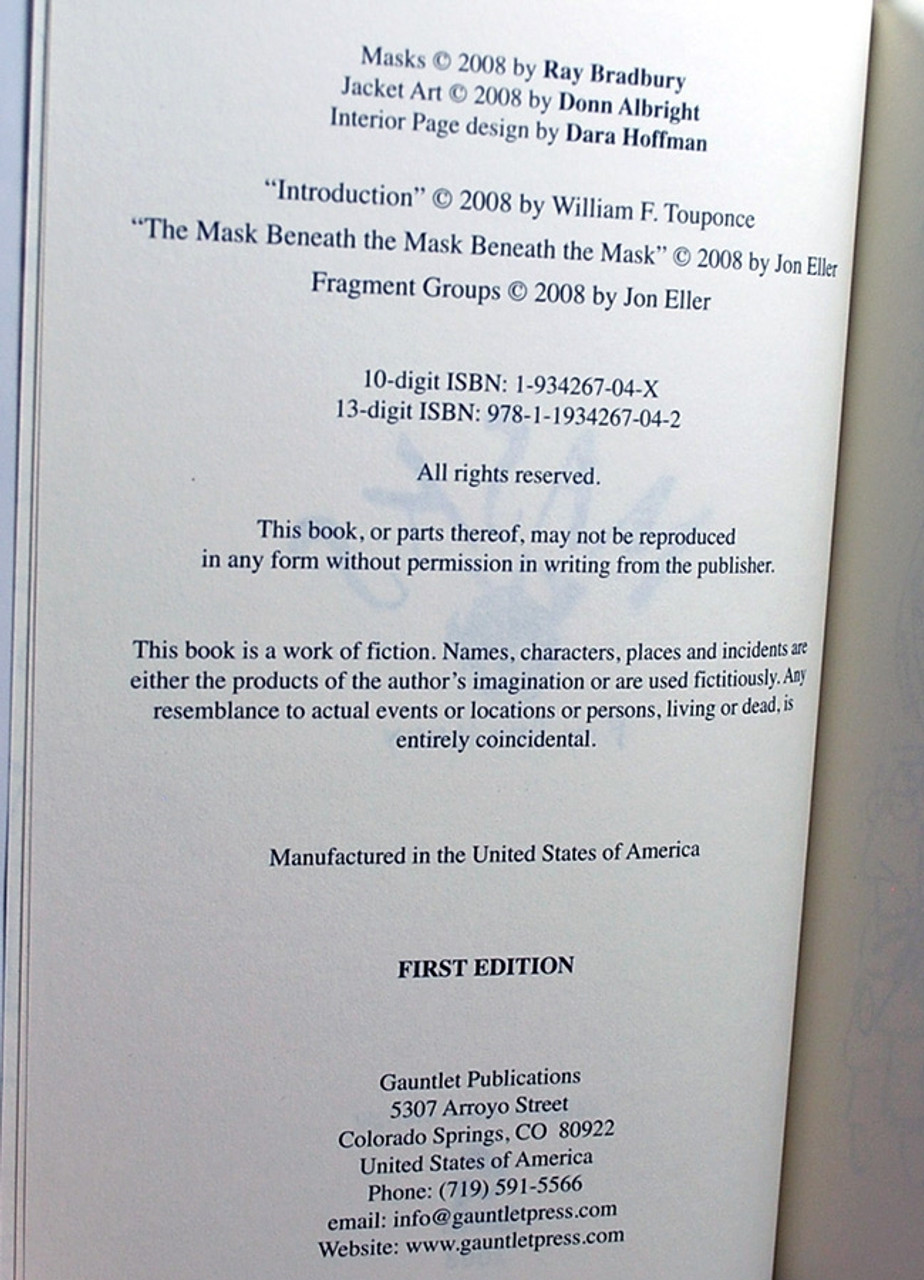 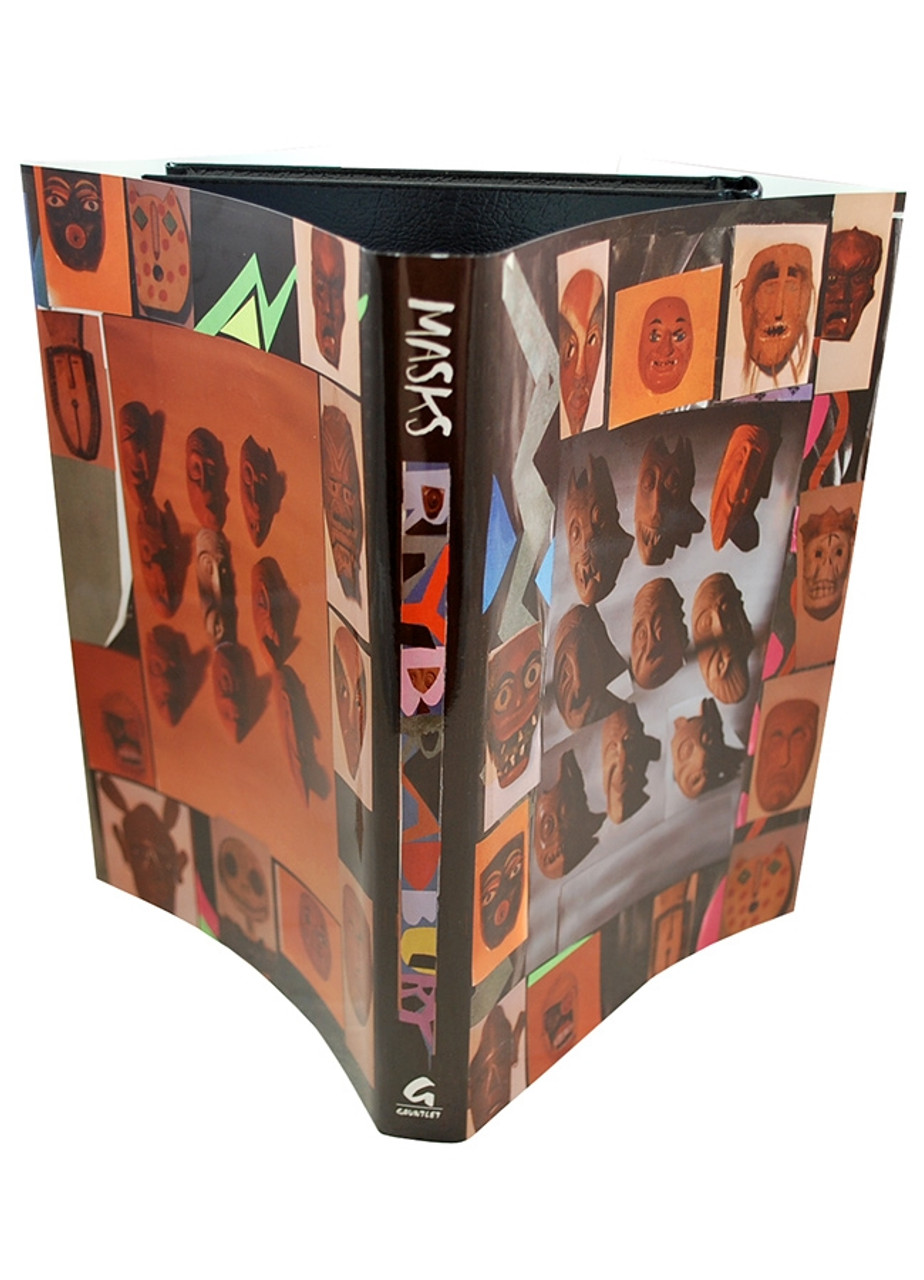 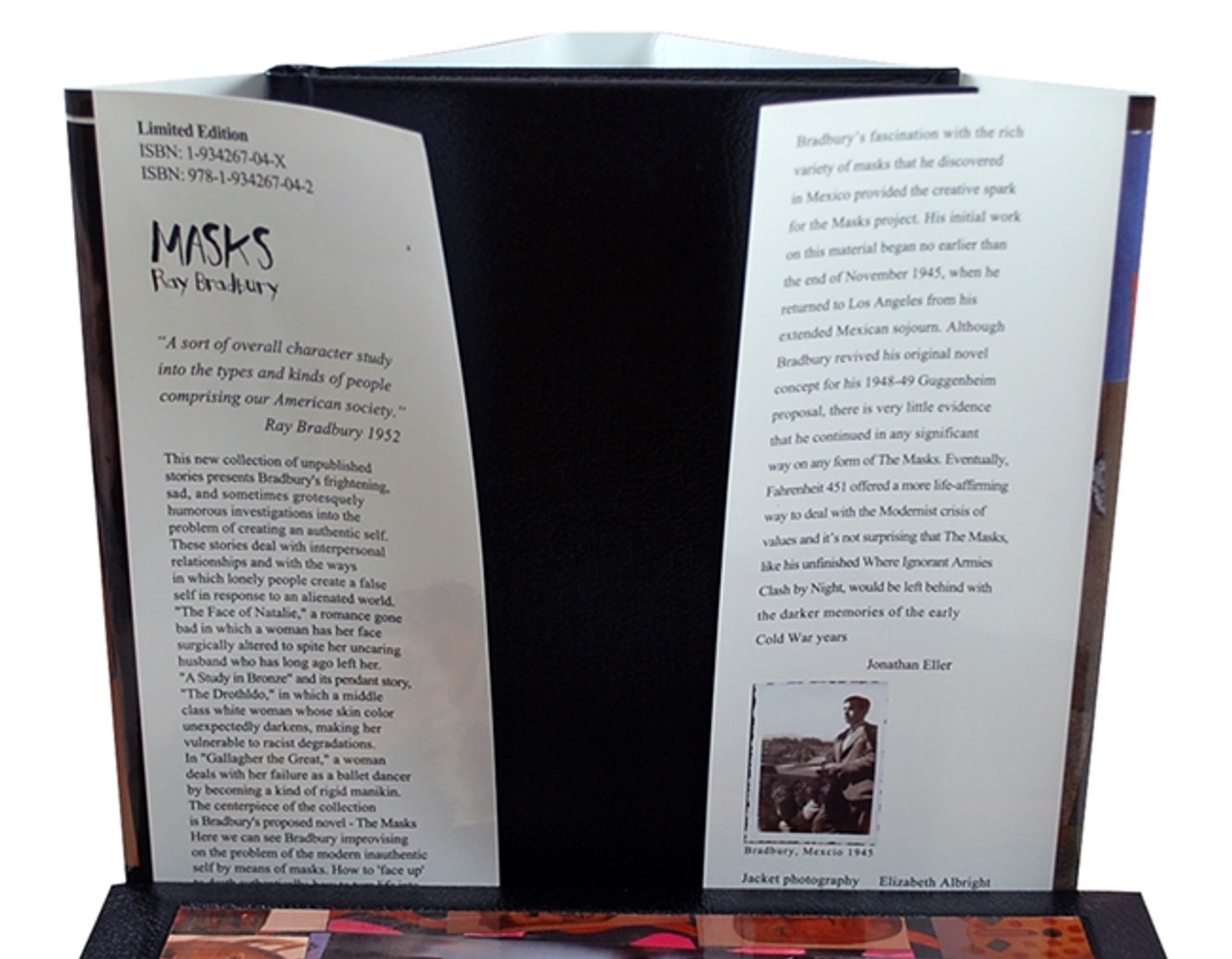 Fascinated by carved masks (of which he had assembled a remarkable collection) and intrigued by the concept of masks as a symbol of the way people conceal their true nature and their deepest feelings when facing, day in day out, the cruelty of the world they are living in, Bradbury conceived and tried to write a novel in the period between 1945 and 1950. In order to complete that novel, tentatively entitled The Masks, Bradbury also applied (unsuccessfully) for a Guggenheim Fellowship in 1949. In the author's words, the outline of the work was going to reveal how "people shape their personalities not to their hearts' desire, but to the expectancies of their friends and the demands of business and society." The leading character wears masks all the time "to prove that each person is in reality many persons, assuming identities which are the most convenient and profitable in life."

Graced by insightful comments by editor Donn Albright, the Gauntlet volume assembles all the available material surrounding the genesis of the aborted literary project. The unfinished novel, a treat for every reader fond of Bradbury's fiction, with its social and philosophical nature and its pessimistic view of human relationship, defies classification in terms of literary genre and somehow anticipates in a blunt allegory themes more subtly developed in his more mature work.

As an extra bonus, the publisher has also included in the present volume several unpublished short stories which, to a certain extent, are in keeping with the theme of people wearing some kind of mask and fit nicely in the book. "The Face of Nathalie" is a harsh, cruel tale of cheated love, hate and revenge with an unexpected ending while "The Drothldo" offers an offbeat, effective metaphor of racism. There is a cute yarn about a man surrounded by too many woman ("They Never Got Mad"), a sweet fairy tale a la Charlie Chaplin featuring a disillusioned magician and a frail, scared girl ("Gallagher the Great"), a rather obscure piece featuring a peculiar sleepwalker and his affectionate wife ("The Walker in the Night"). Especially worth mentioning is "In the Eye of the Beholder," an excellent, allegoric story where a man, secretly nursing a sense of guilt for his past petty sins, is bothered by the puzzling behavior of the man staying in the adjacent hotel room.

"Ray Bradbury's MASKS is the one to feast your eyes upon, assembling pieces of an unfinished novel into something that still delivers much of its intended power." -- Bookgasm

"(Masks) is, arguably, a unique admixture of psychological drama and Magical Realism, with just a pinch of very dark black comedy added for seasoning. The book is well worth reading for the insights into the young and budding genius of Bradbury's literary advancement, and for the very unique plot devices and socio-psychological arguments Bradbury advances." -- Horror World

"From a consummate professional who has thrilled us all for more than half a century, comes this real gift, a genuine find for any Bradbury collector or aficionado." -- Fangoria

"All in all, Masks is a highly recommended book apt to delight any fiction lover." -- SF Site

"This collection illuminates for the reader the working mind of a master of fantasy with blazing turns of imagination pivoting upon a single subject: MASKS." -- The Tomb of Dark Delights

Lettered signed limited edition, leather bound, lettered "J" of 52 in tray-case.
VERY FINE GUARANTEED. A wonderful bright clean copy free of any markings, writings, or stamps. Sharp corners that have not been bumped. Unread book with square and tight binding. No bookplates attached or indication of any removed. Edges are free of any marks, spots, scratches, or blemishes.