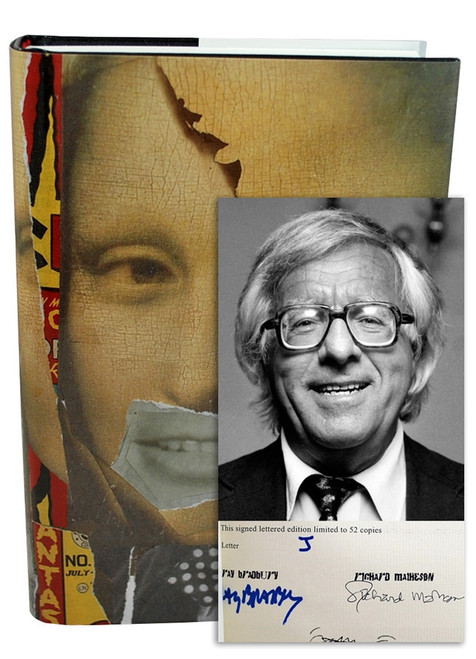 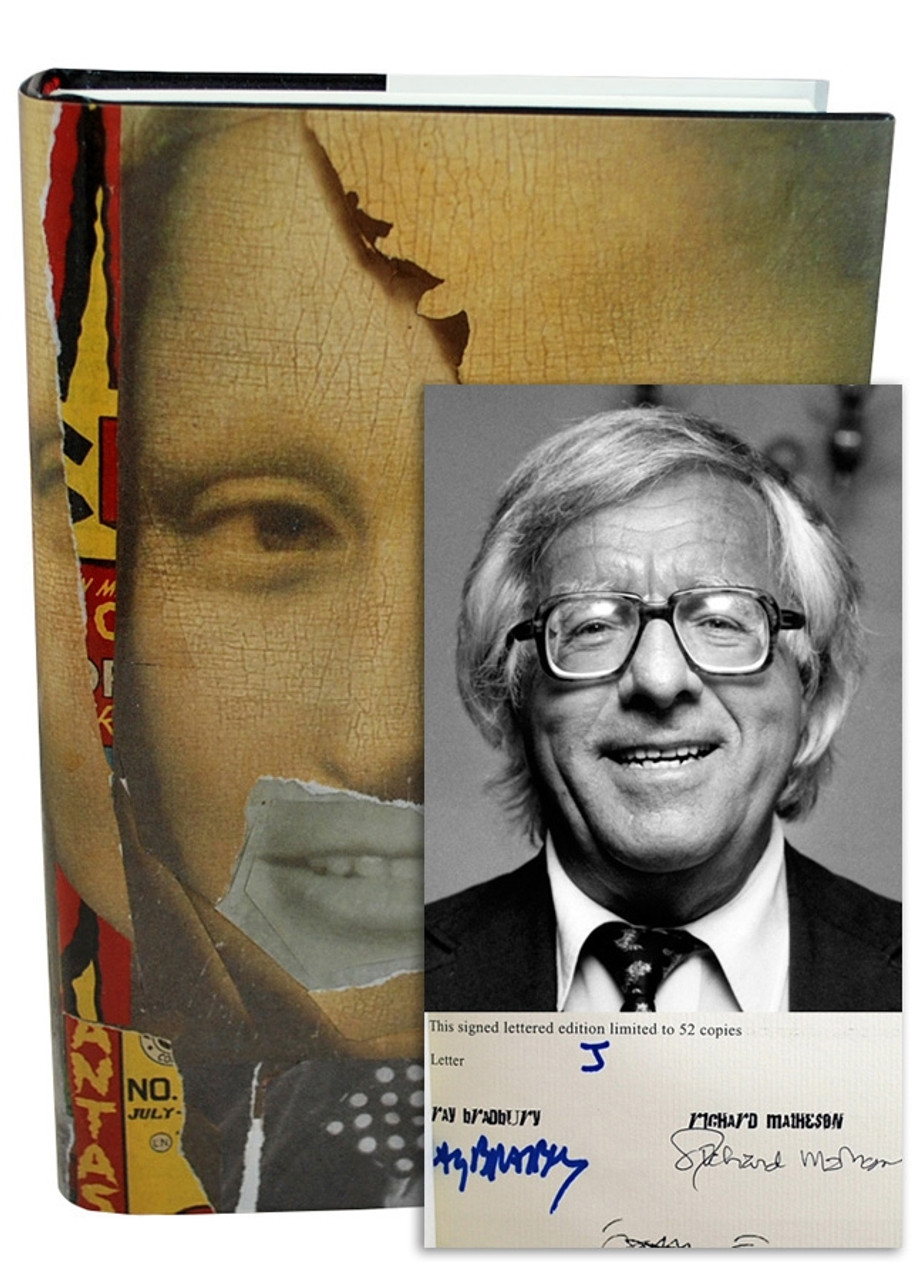 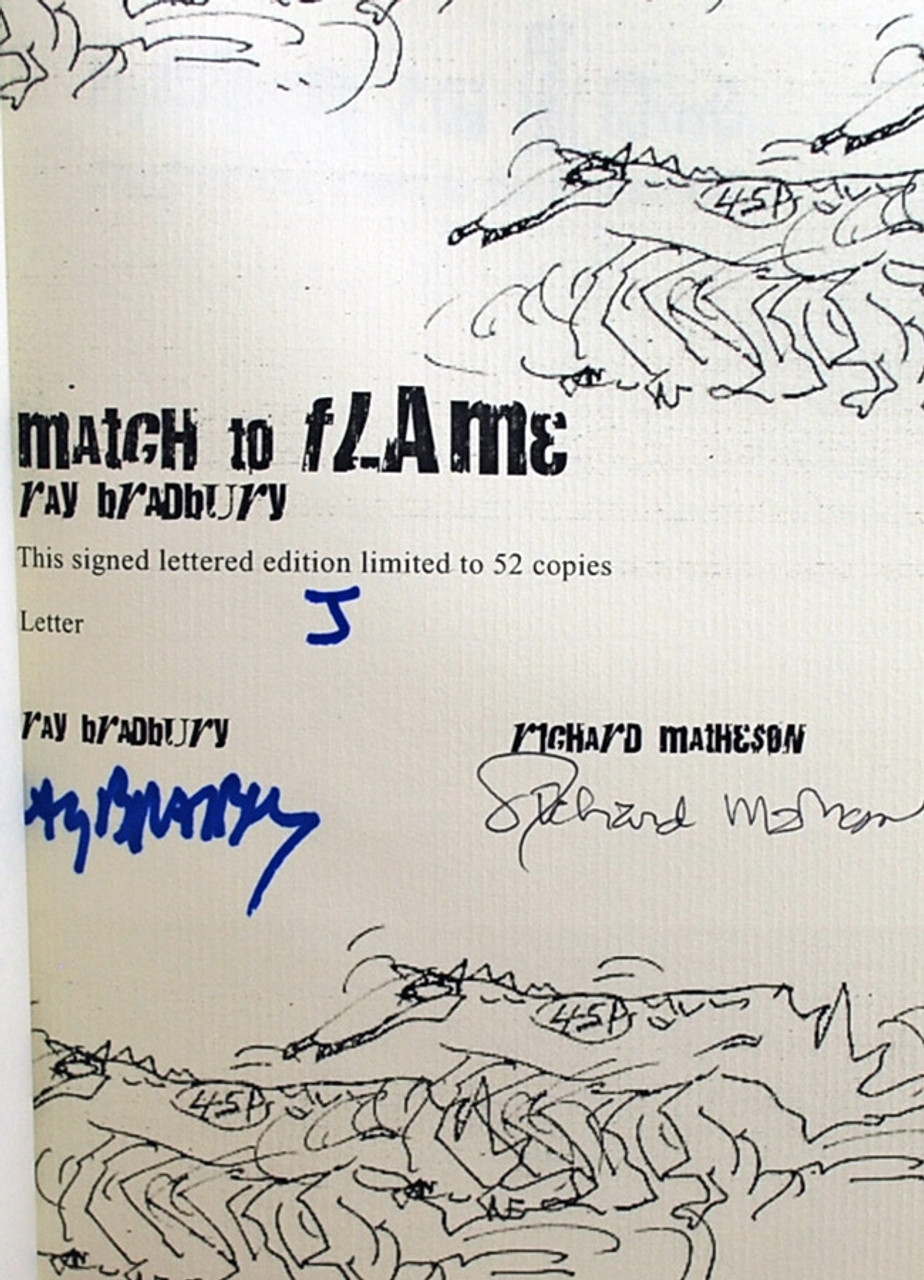 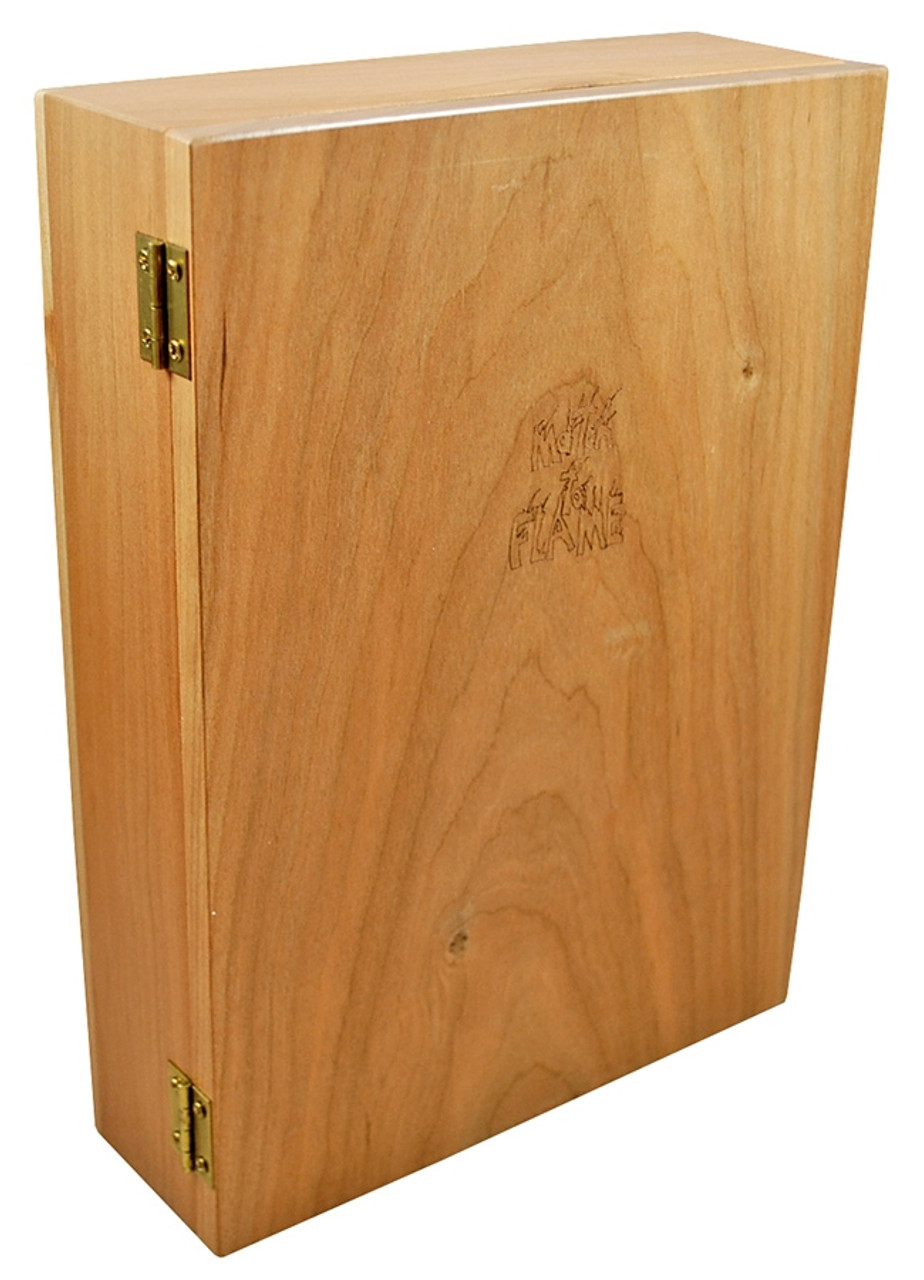 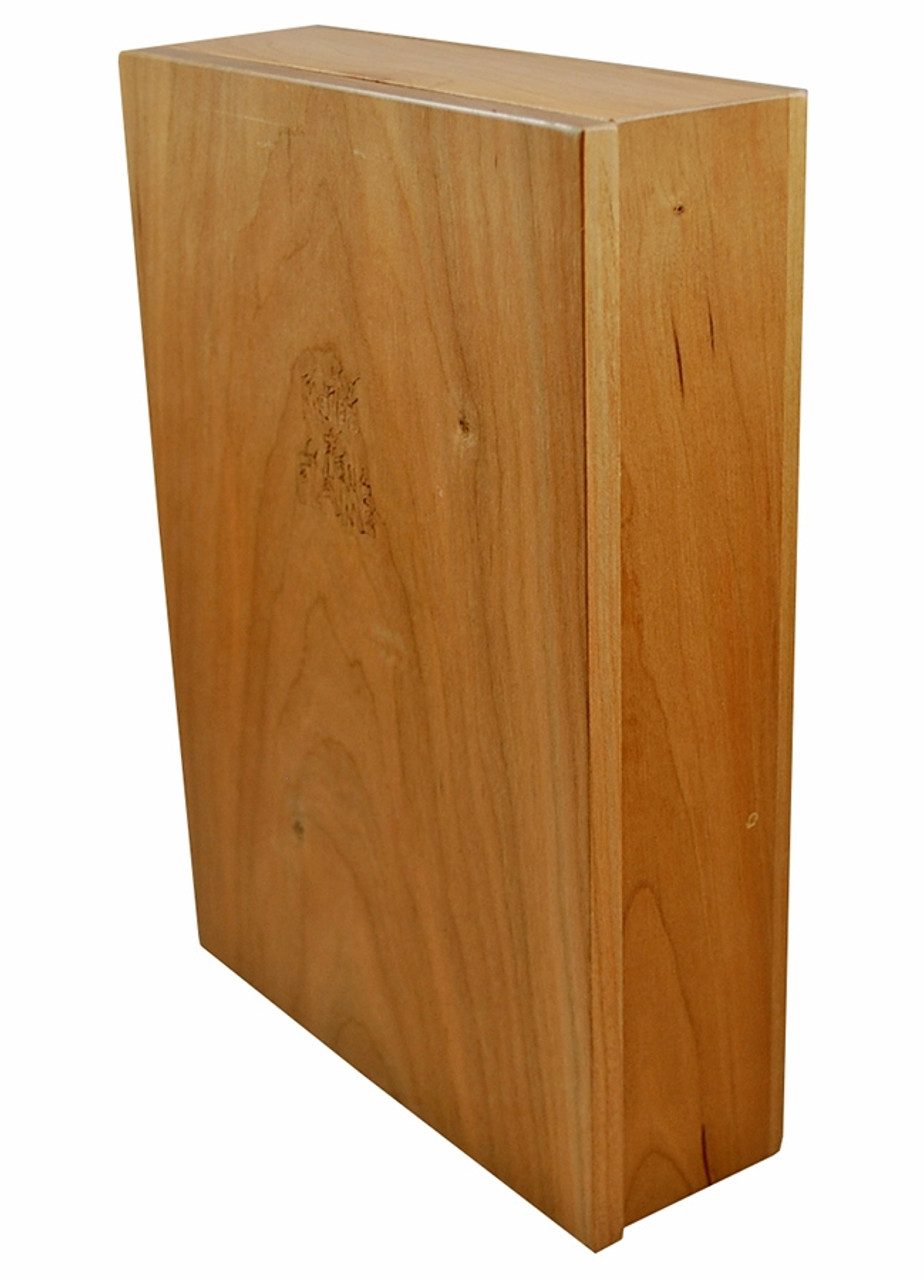 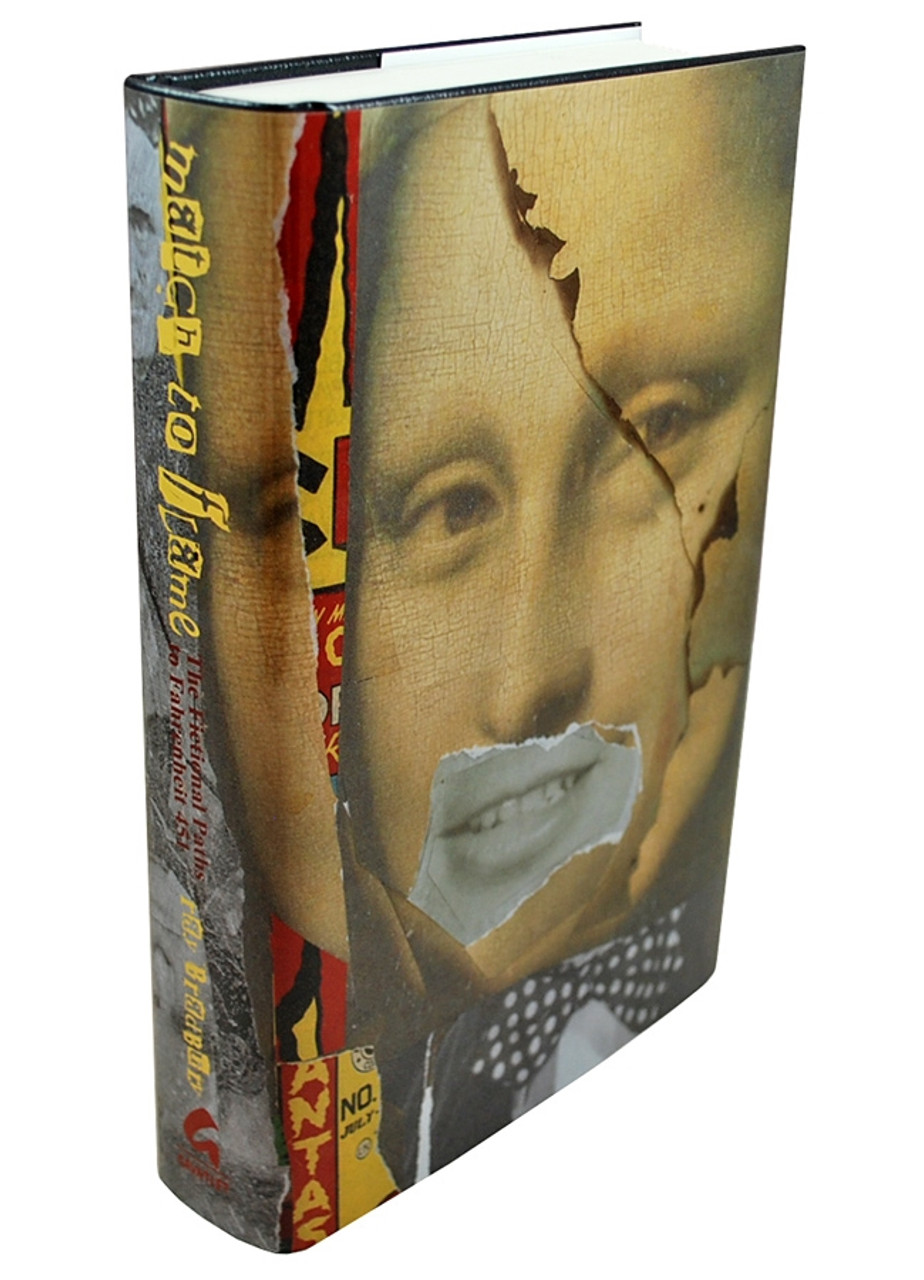 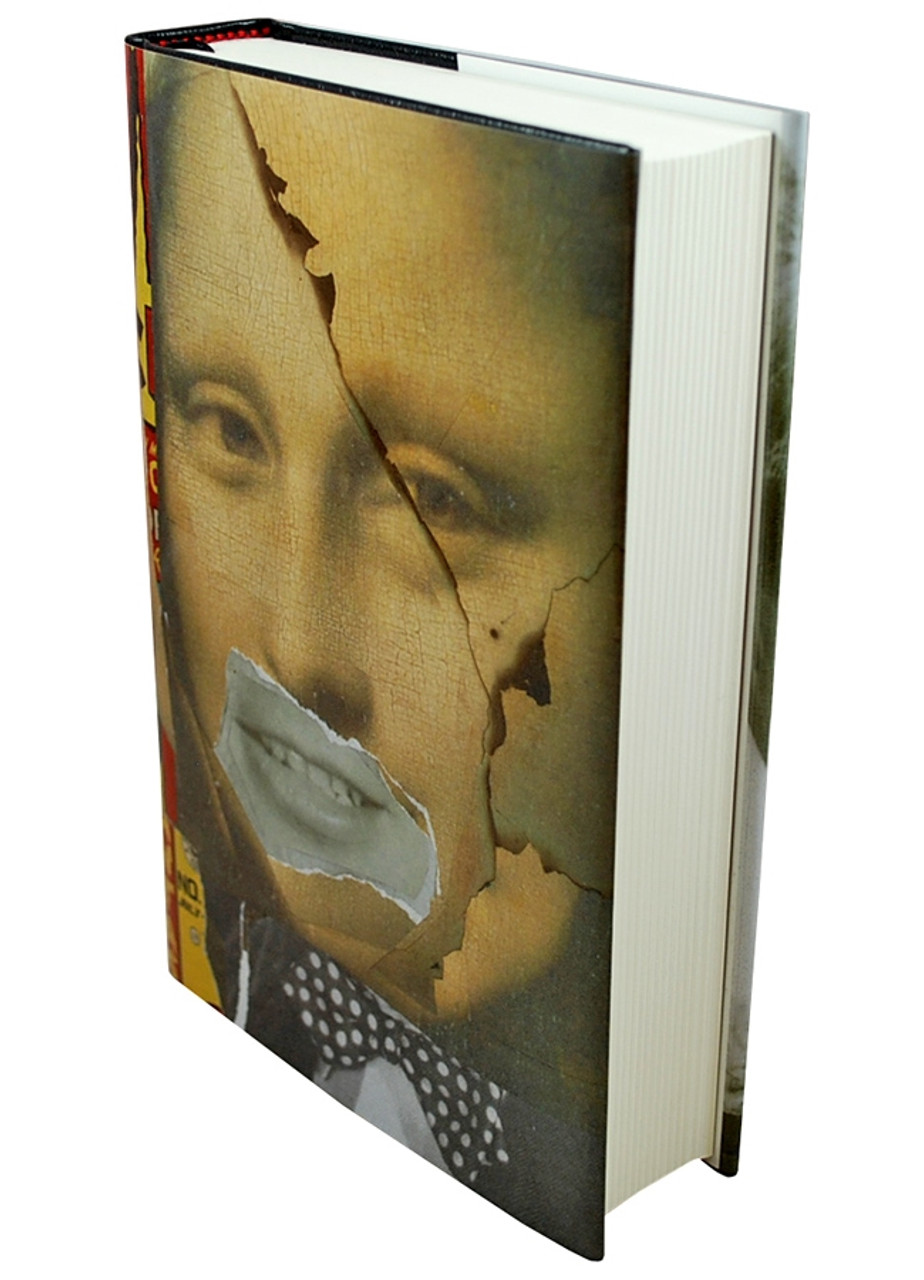 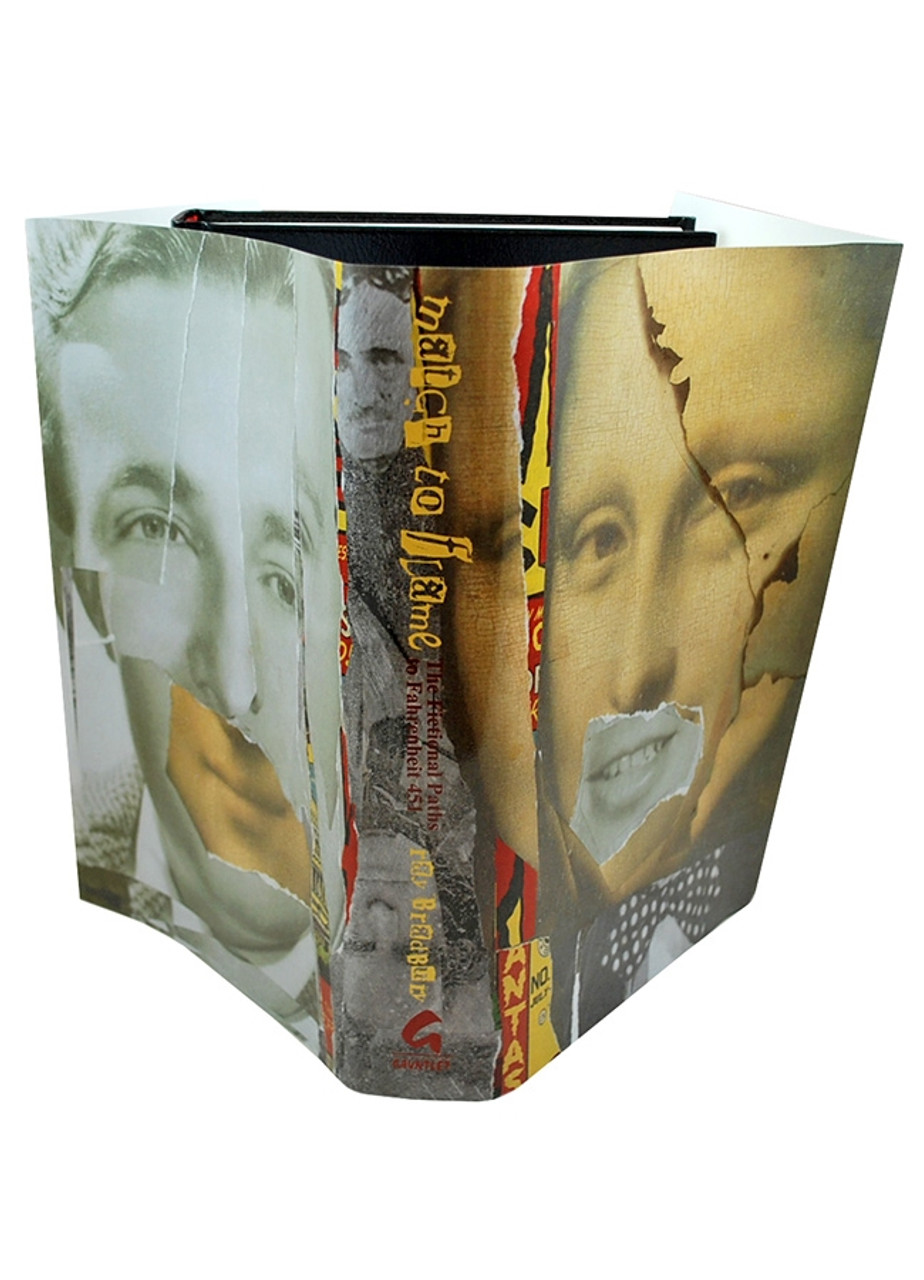 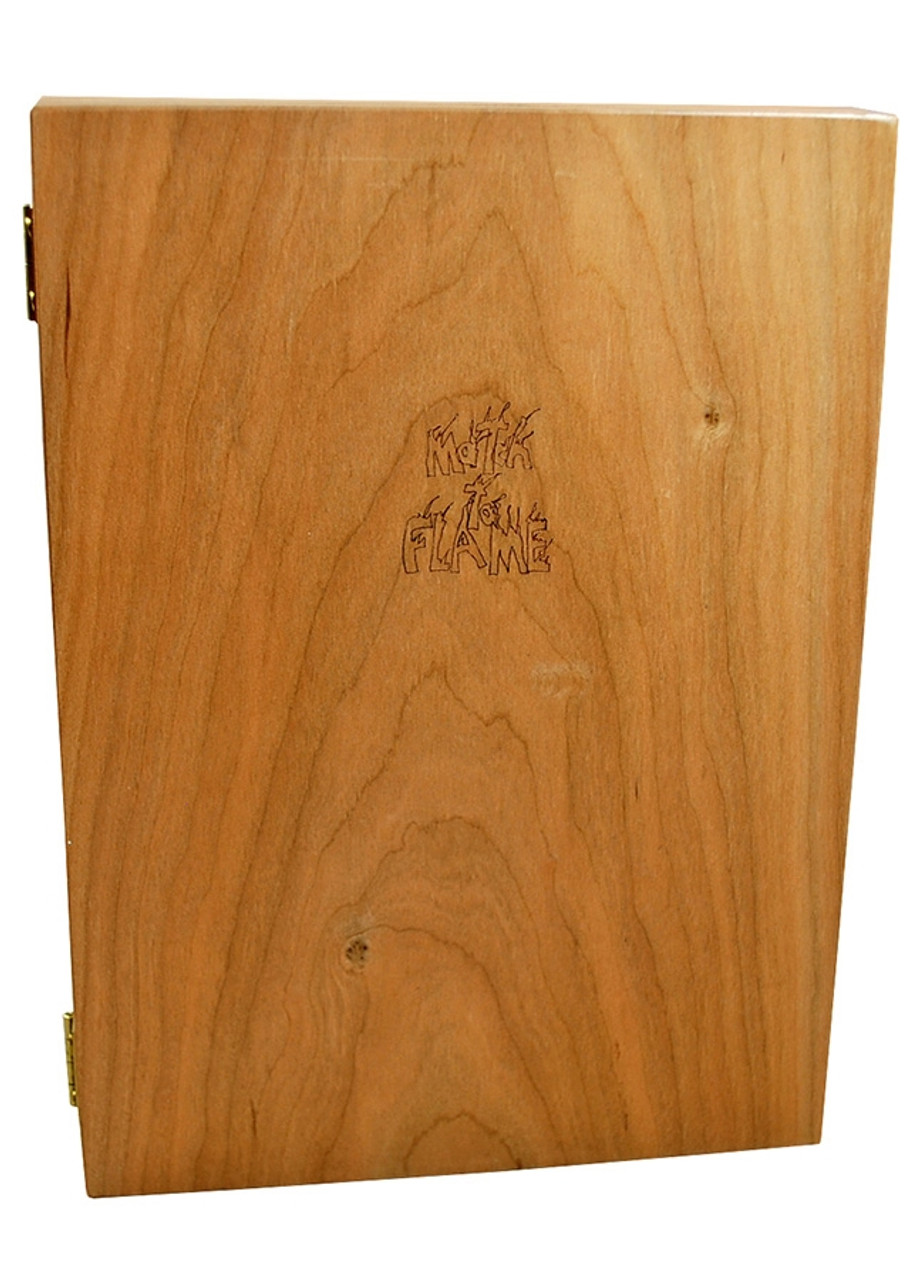 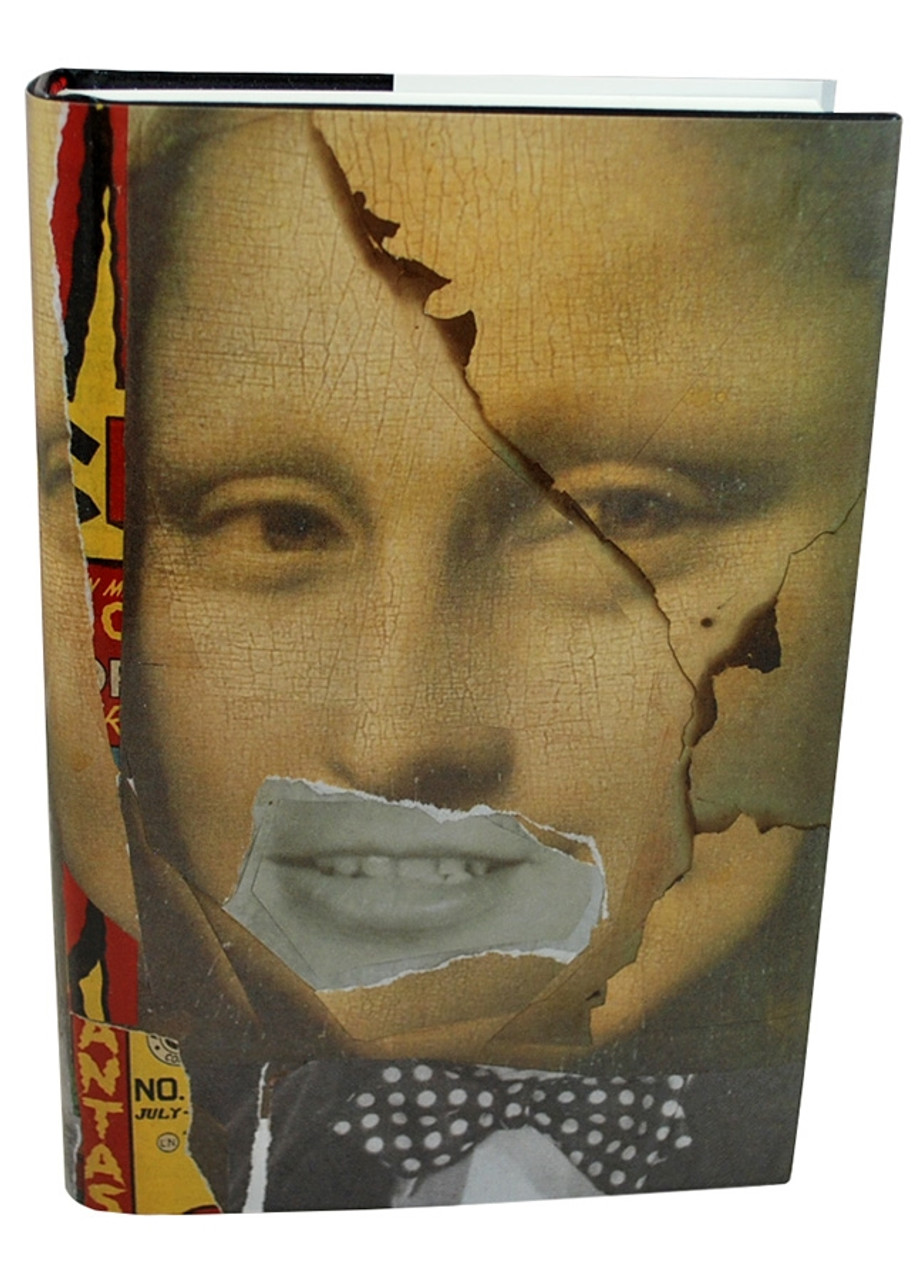 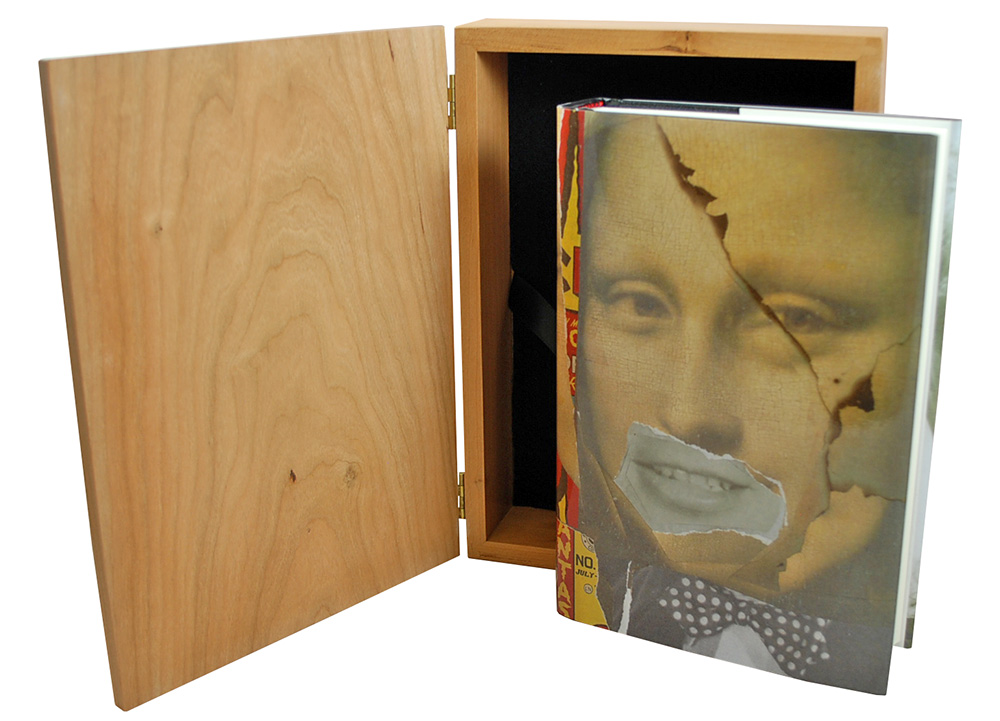 Ray Bradbury didn't sit down one day and decide to write his classic novel Fahrenheit-451. As with Something Wicked This Way Comes, Bradbury's tale of censorship had its roots years earlier in at least 9 short stories or novellas. While published in 1953 the genesis of F-451 can be traced back to 1944. Over the next several years Bradbury tinkered with the idea in a number of short stories, a few that have been collected a number of times, some that appeared just once and others that have remained unpublished...Until now.

Match to Flame: The Fictional Paths to Fahrenheit-451 traces the roots of F-451 in Bradbury's earlier fiction. Edited by Donn Albright, the book is a must for those who have marveled at F-451. The centerpiece of the book, is of course, "The Fireman" a novella published in Galaxy #51 (1951).

Signed by Bradbury, this is bound to become one of his classics both for scholars looking into the history of F-451, collectors interested in obscure and unpublished Bradbury material that will not see publication anywhere else, and readers of great fiction. The Lettered edition, as always, will contain a wealth of additional material including the previously unpublished short story "The Castle." 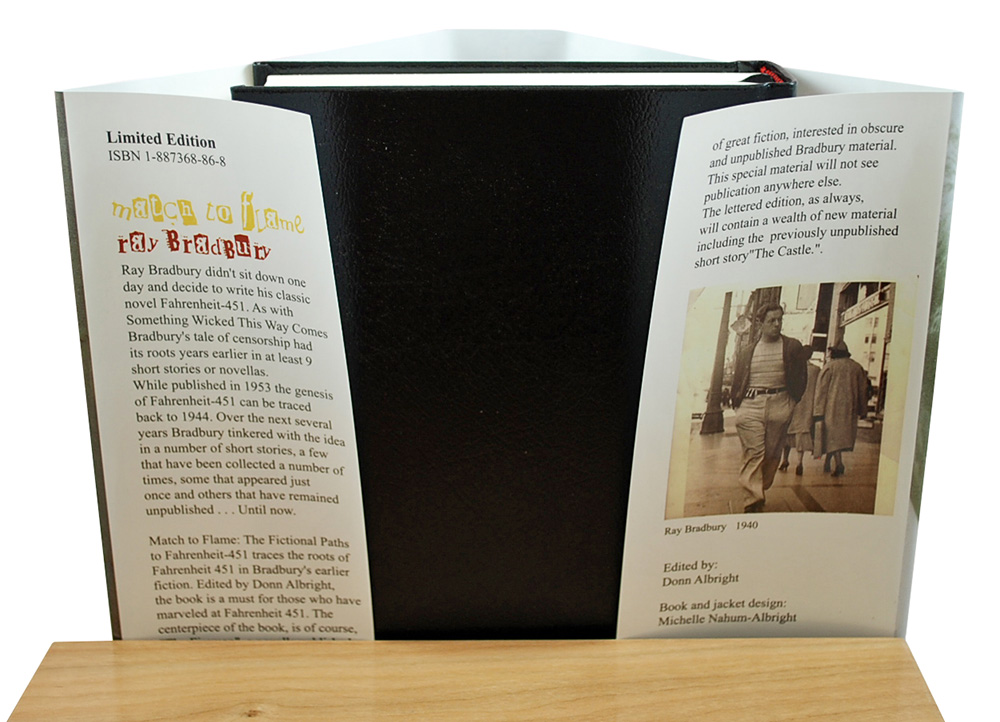 From Publishers Weekly
Bradbury devotees will welcome this collection of letters, short stories and rough drafts, all of which the great fantasy and SF author now views as antecedents to his classic 1953 novel, Fahrenheit 451, about a future where books are systematically destroyed. Since Bradbury admits in the preface that some of the selections are close to primitive, readers who enjoyed such landmarks as The Martian Chronicles should be prepared for work that's less than his best. Many of the tales involve book burning, and that shared theme is a little repetitive. The high point for the casual fan is the novella The Fireman (1951), which was expanded into Fahrenheit 451. Those who don't want the plots spoiled should read the illuminating scholarly introduction and textual essay after the stories. (July)
Copyright Reed Business Information, a division of Reed Elsevier Inc. All rights reserved.

From InfinityPlus
A magician's box of tricks, this historically significant collection charts people and their collective obsessions, documenting how Bradbury wrangled them into shape. Editor Donn Albright sequences the rare, illuminative materials in such a way as to help us understand how key themes of censorship and love of art mixed and merged as sweet and sour as any 'Dandelion Wine,' resulting in one of the most important books on the brute, idiotic dangers of uninformed censorship and the human hunger for expression.

Lettered signed limited edition, lettered "J" of 52 copies. Hardcover in dust jacket with wooden box.
VERY FINE GUARANTEED. A wonderful bright clean copy free of any markings, writings, or stamps. Sharp corners that have not been bumped. Unread book with square and tight binding. No bookplates attached or indication of any removed. Edges are free of any marks, spots, scratches, or blemishes.