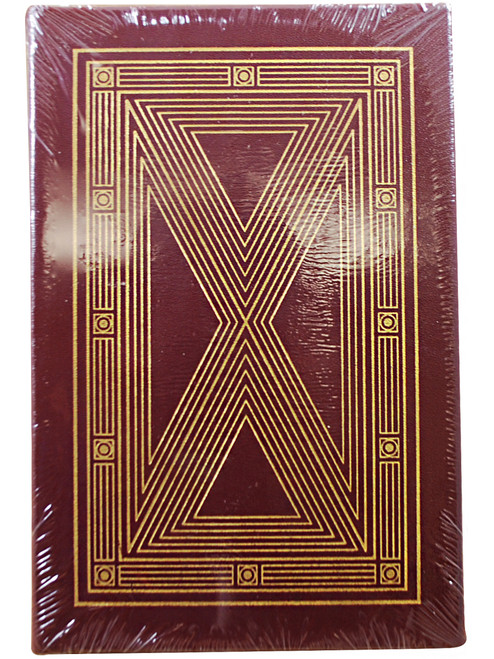 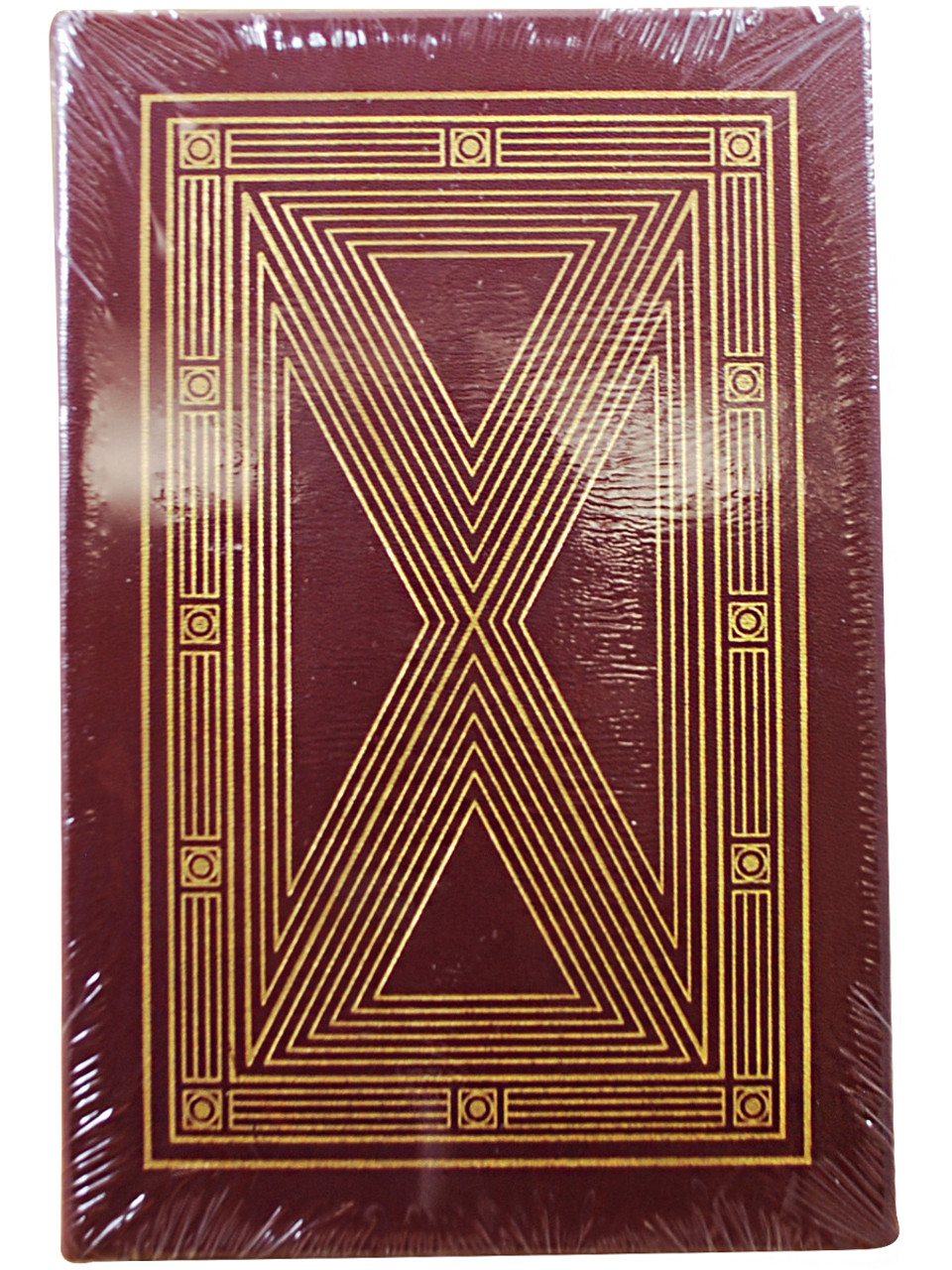 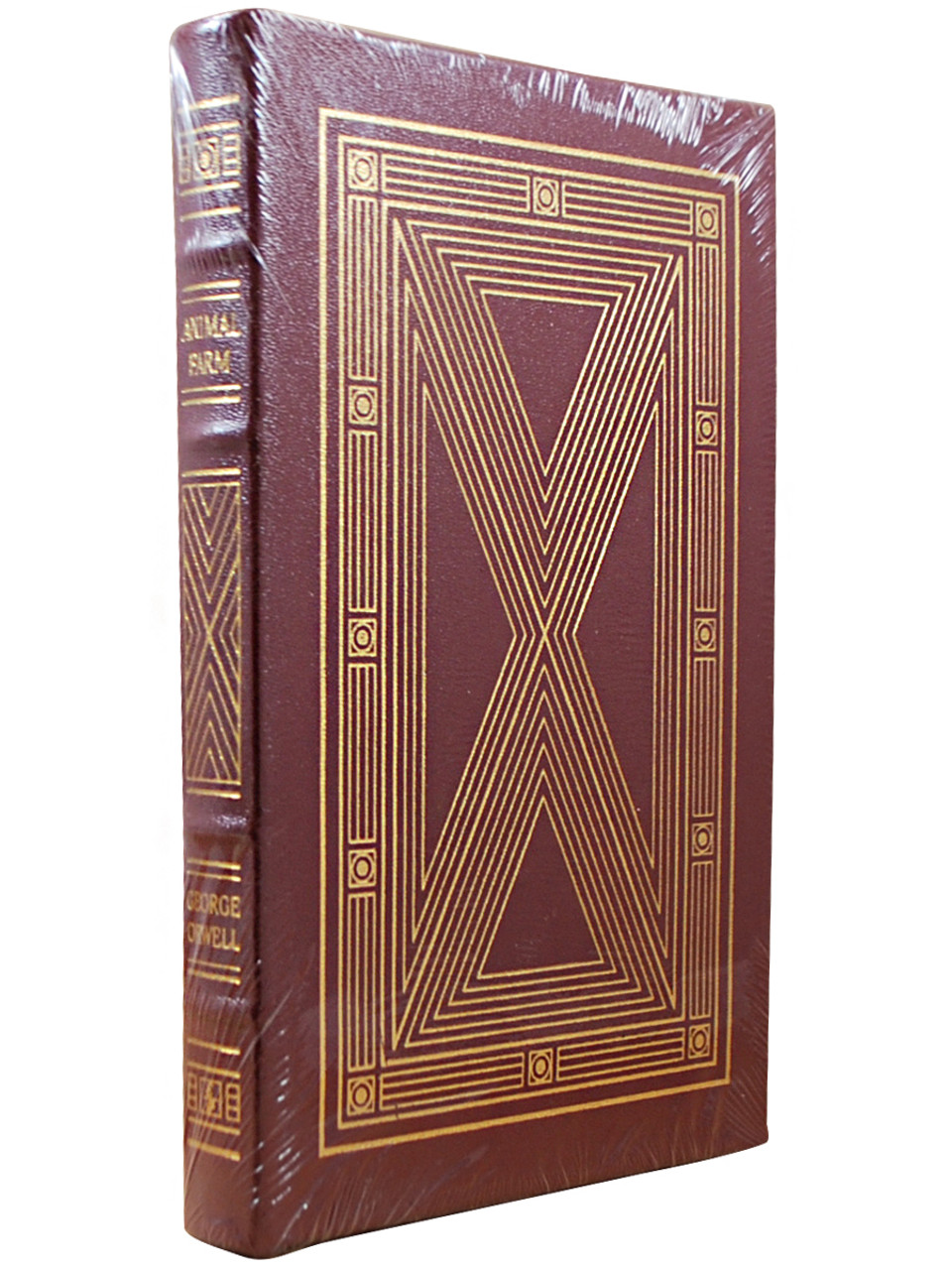 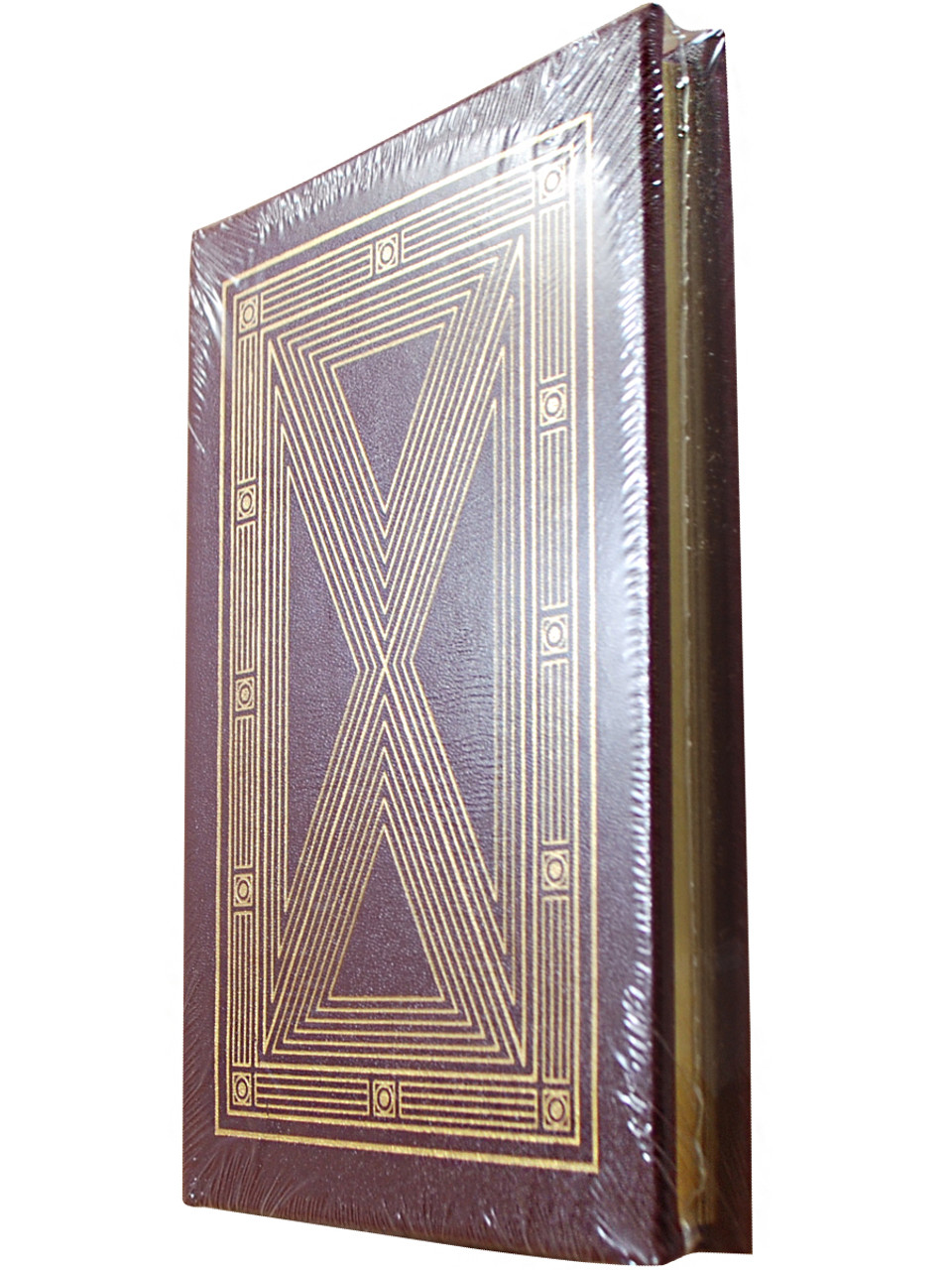 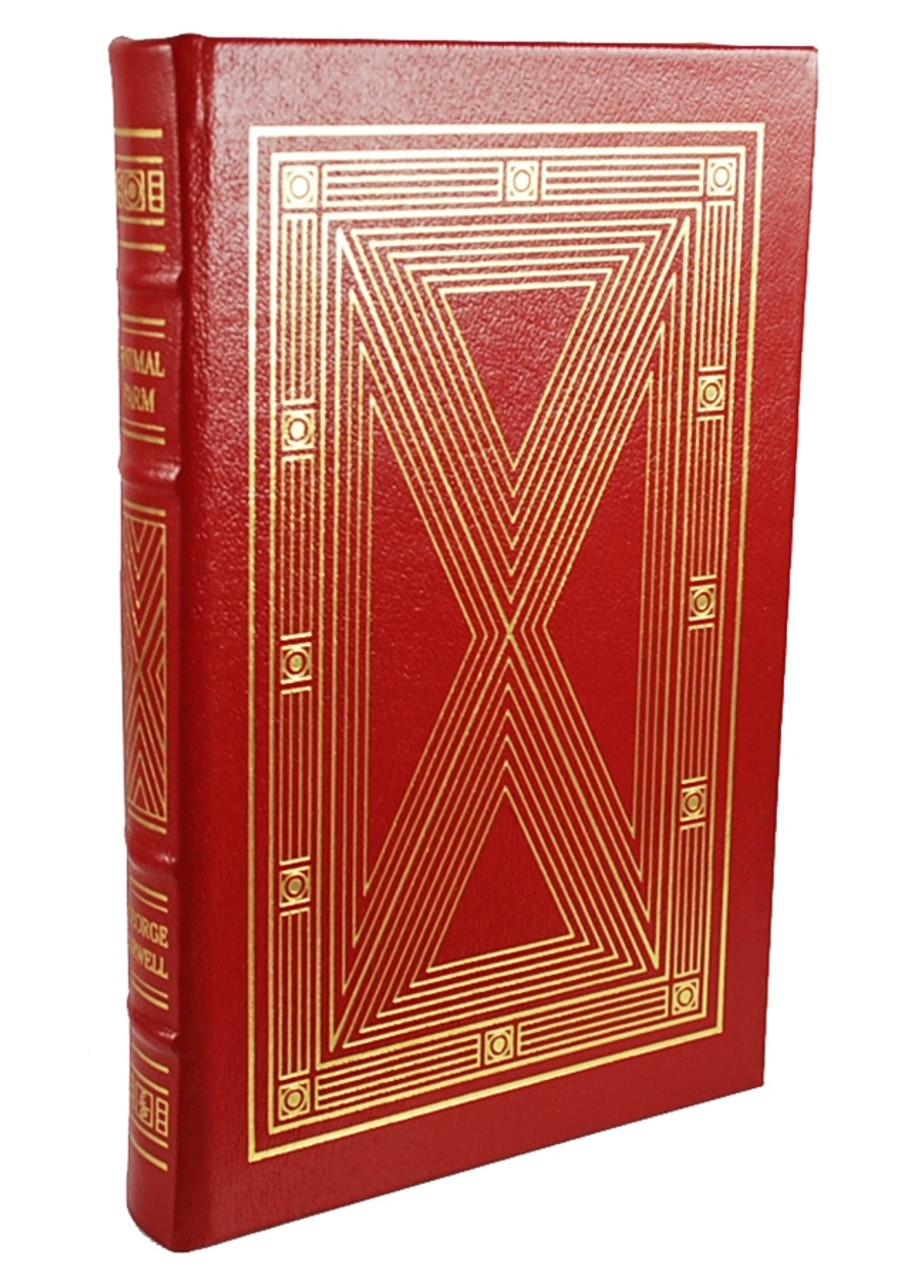 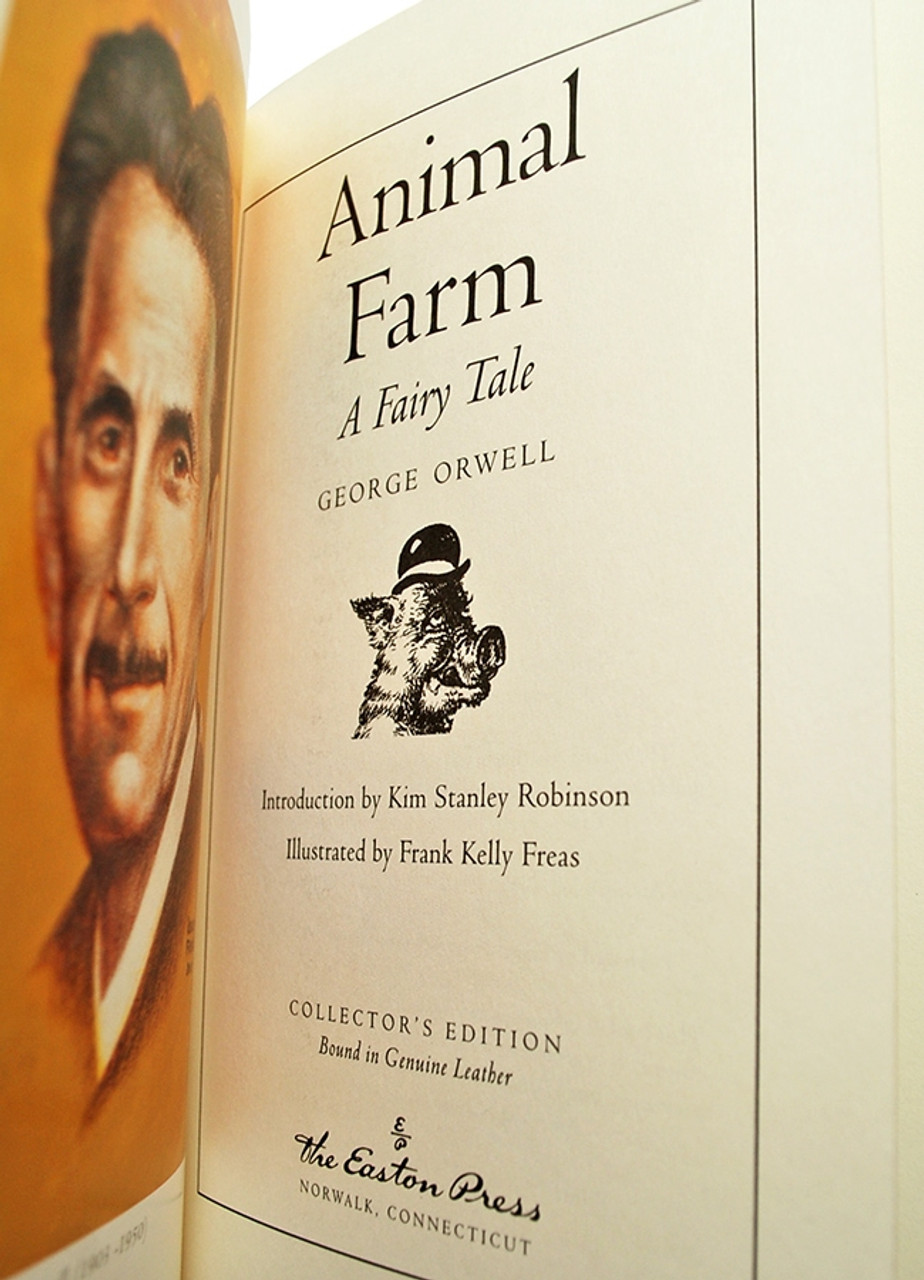 Limited Edition - Collector's Edition. A great unique gift for yourself or for a loved one. Part of the 100 Greatest Books Ever Written collection by Easton Press. Beautifully illustrated and bound in genuine leather. One of the most celebrated works of literature by a historical writer. Sealed in the original shrink-wrap from the publisher.

Animal Farm is a dystopian allegorical novella by George Orwell. Published in England on 17 August 1945, the book reflects events leading up to and during the Stalin era before World War II. Orwell, a democratic socialist and a member of the Independent Labour Party for many years, was a critic of Joseph Stalin and was suspicious of Moscow-directed Stalinism after his experiences with the NKVD during the Spanish Civil War. In a letter to Yvonne Davet, Orwell described Animal Farm as his novel "contre Stalin".

Time magazine chose the book as one of the 100 best English-language novels (1923 to 2005); it also places at number 31 on the Modern Library List of Best 20th-Century Novels. It won a Retrospective Hugo Award in 1996 and is also included in the Great Books of the Western World.

The novel addresses not only the corruption of the revolution by its leaders but also how wickedness, indifference, ignorance, greed and myopia destroy any possibility of a Utopia. While this novel portrays corrupt leadership as the flaw in revolution (and not the act of revolution itself), it also shows how potential ignorance and indifference to problems within a revolution could allow horrors to happen if smooth transition to a people's government isn't satisfied.

Sealed without any flaws. Very Fine with original collector's notes. The condition is of the highest quality. A wonderful bright clean copy. Free of markings, writings, or stamps. No attached bookplates or indication of any removed. Unread. Not even a single scratch on the gilded page edges.