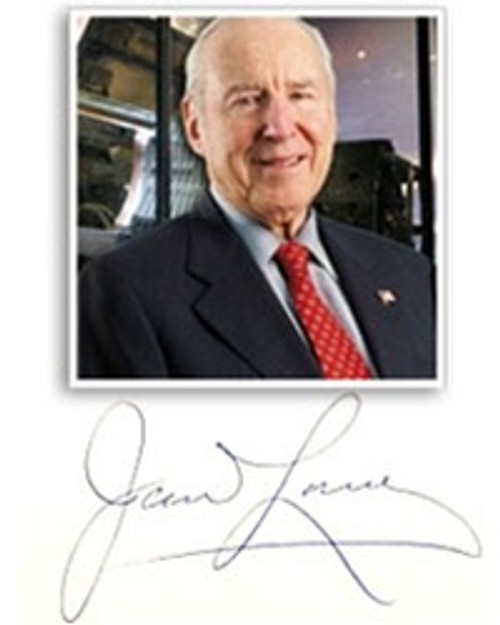 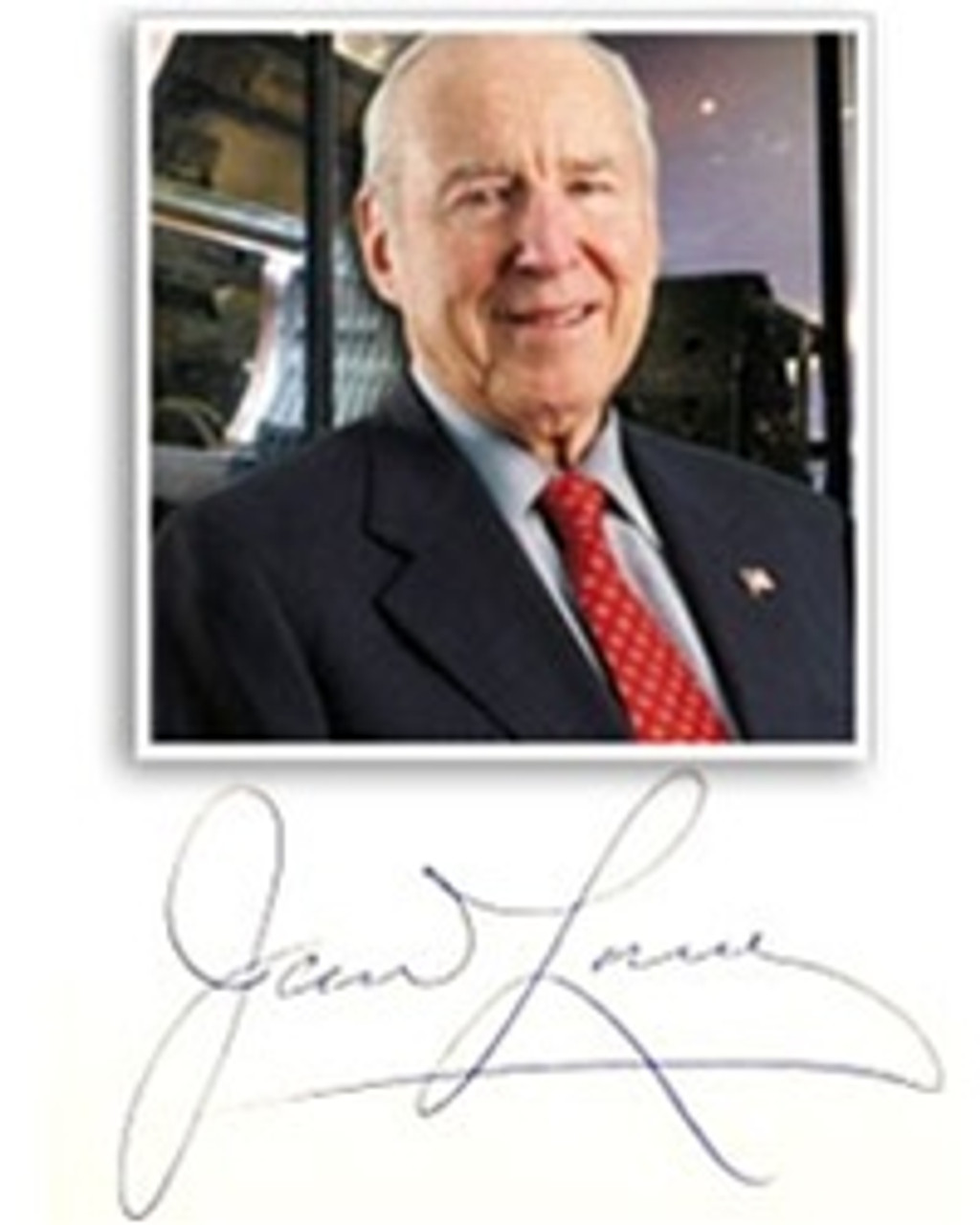 "A thrilling story of a thrilling episode in the history of space exploration." -- James A. Michener

This is the true story which was the basis for the major motion picture starring Tom Hanks. It was April 13, 1970, when a mysterious explosion rocked the ship of three Americans headed for the moon, forcing them to abandon the main ship and spend four days in the tiny lunar module which was intended to support two men for two days. Here is a harrowing story of danger, courage and brilliant off-the-cuff engineering solutions, which resulted in a dramatic rescue.


Condition: Very Fine. No markings, writings, or stamps. The condition is of the highest quality. No bookplates attached or signs of any removed. Includes original COA, collector notes, and unattached bookplate for your own personalization.

James "Jim" Arthur Lovell, Jr., (born March 25, 1928) is a former NASA astronaut and a retired captain in the United States Navy, most famous as the commander of the Apollo 13 mission, which suffered a critical failure en route to the Moon but was brought back safely to Earth by the efforts of the crew and mission control. Lovell was also the command module pilot of Apollo 8, the first Apollo mission to enter lunar orbit.

Lovell is a recipient of the Congressional Space Medal of Honor and the Presidential Medal of Freedom. He is one of only 24 people to have flown to the Moon, the first of only three people to fly to the Moon twice, and the only one to do so without making a landing. Lovell was also the first American to fly in space four times.

Apollo 13 was the third Apollo mission intended to land on the Moon. The craft was successfully launched toward the Moon, but the landing had to be aborted after an oxygen tank ruptured, severely damaging the spacecraft's electrical system. The flight was commanded by James A. Lovell; with John L. "Jack" Swigert, Command Module pilot; and Fred W. Haise, Lunar Module pilot. Swigert was a late replacement for the original CM pilot Ken Mattingly, who was grounded by the flight surgeon after exposure to German measles.

The mission was launched on April 11, 1970 at 13:13 CST. Two days later, en route to the Moon, a fault in electrical equipment inside one of the Service Module's oxygen tanks produced an explosion which caused the loss of both tanks' oxygen, depriving the Service Module of electrical power. This forced the crew to shut down the Command Module to conserve its batteries and oxygen needed for the last hours of flight, and use the Lunar Module's resources as a "lifeboat" during the return trip to Earth.

Despite great hardship caused by limited power, loss of cabin heat, shortage of potable water, and the critical need to jury-rig the carbon dioxide removal system, the crew returned safely to Earth on April 17, and the mission was termed a "successful failure".

Own a piece of NASA space history.This Signed First Edition is the low #170 and is personally signed by Senator John Glenn, the first astronaut to orbit the earth! Easton Press, Norwalk, CT. 1999...

Astronomer Carl Sagan was born on November 9, 1934, in Brooklyn, New York. He graduated from the University of Chicago, where he studied planets and explored theories of extraterrestrial intelligence...