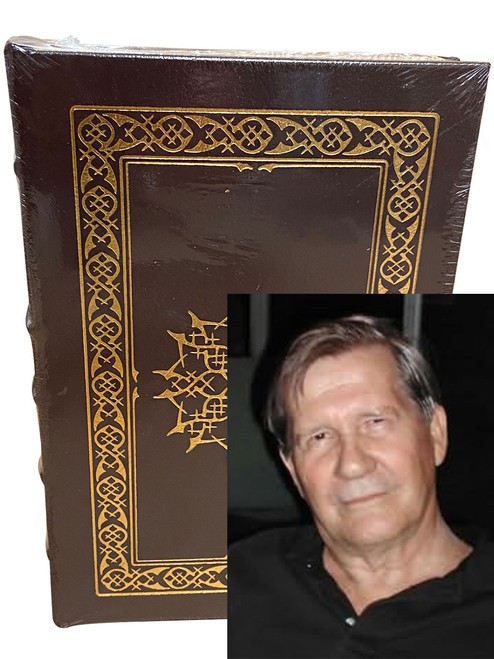 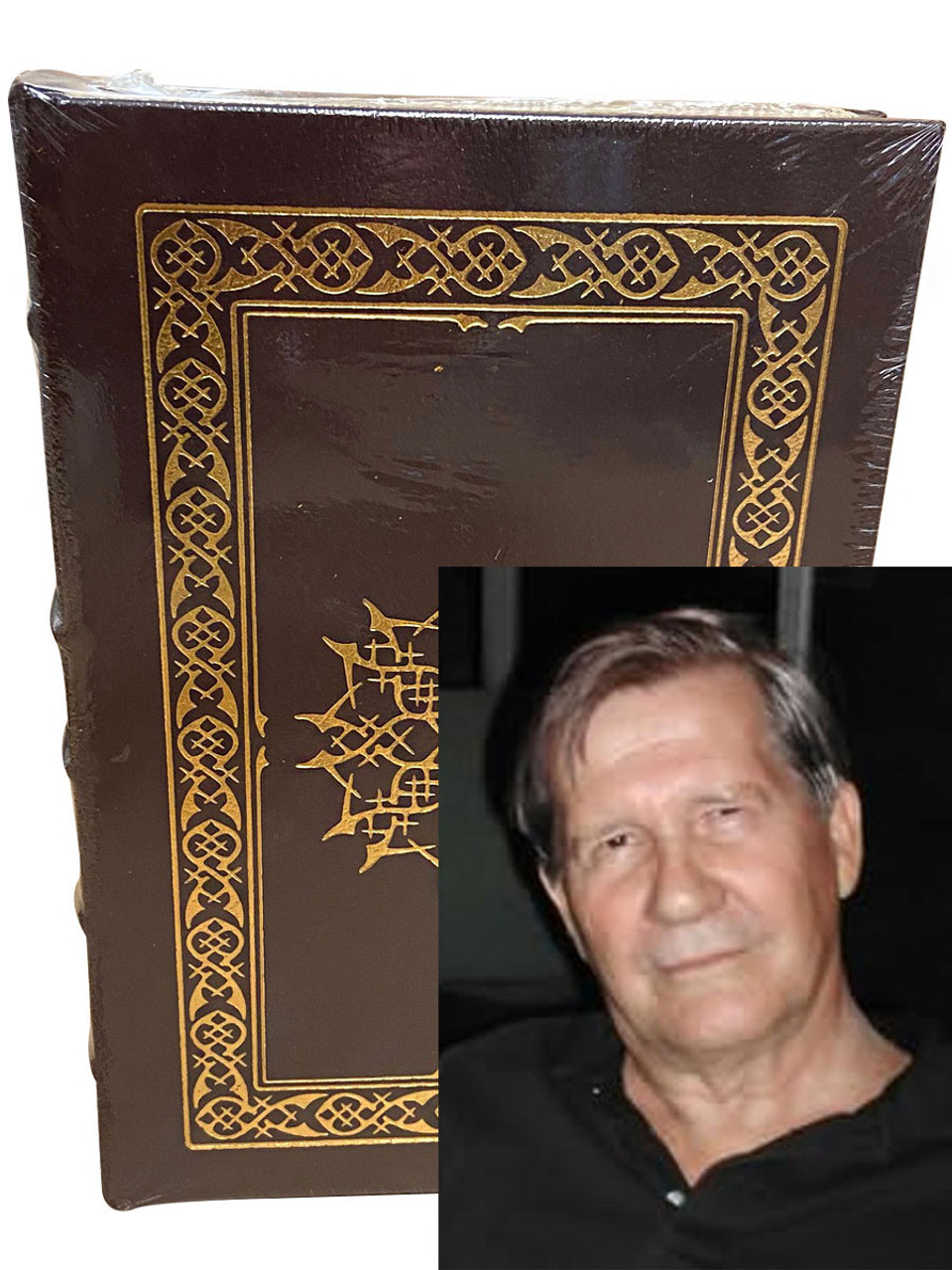 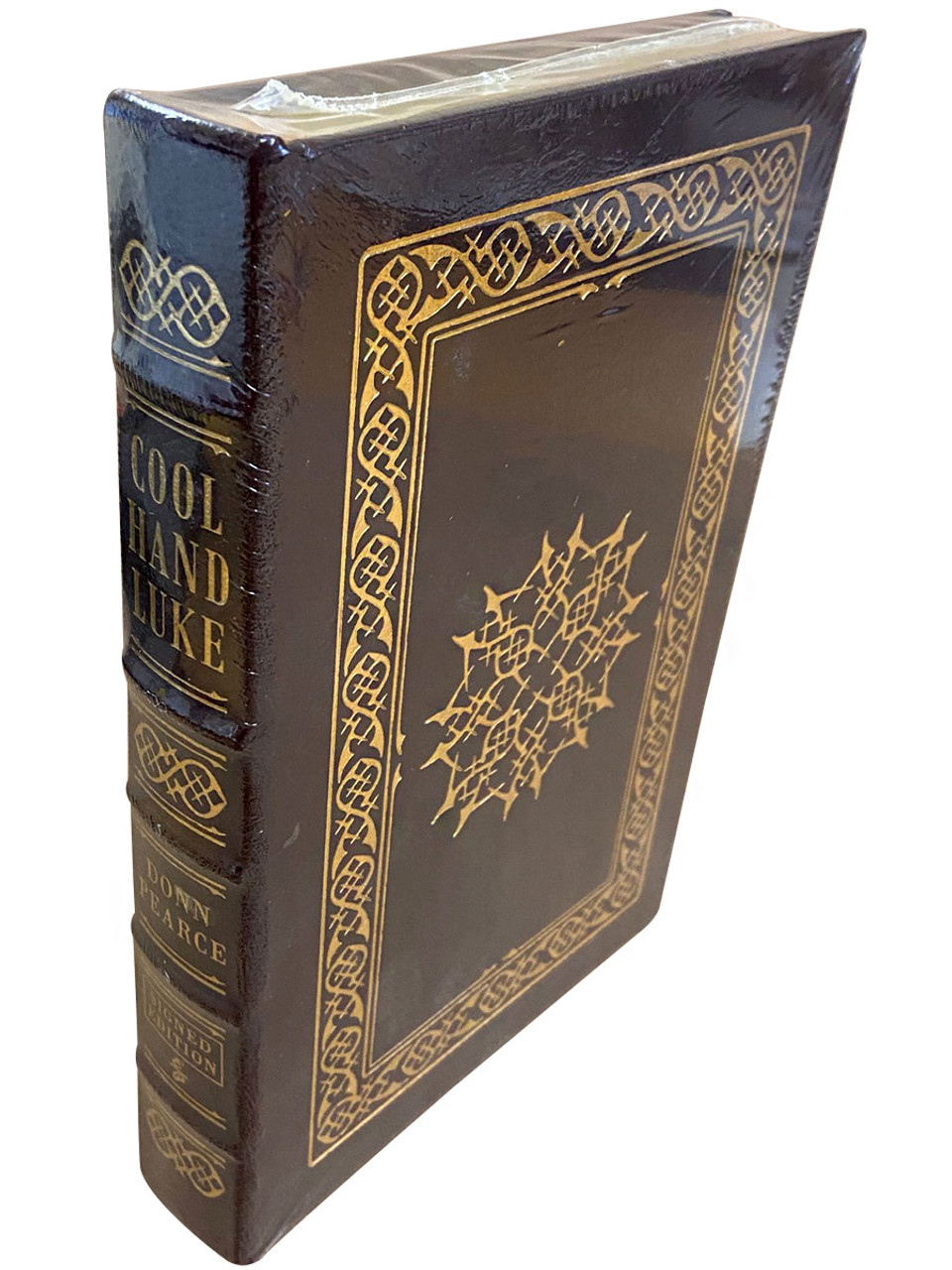 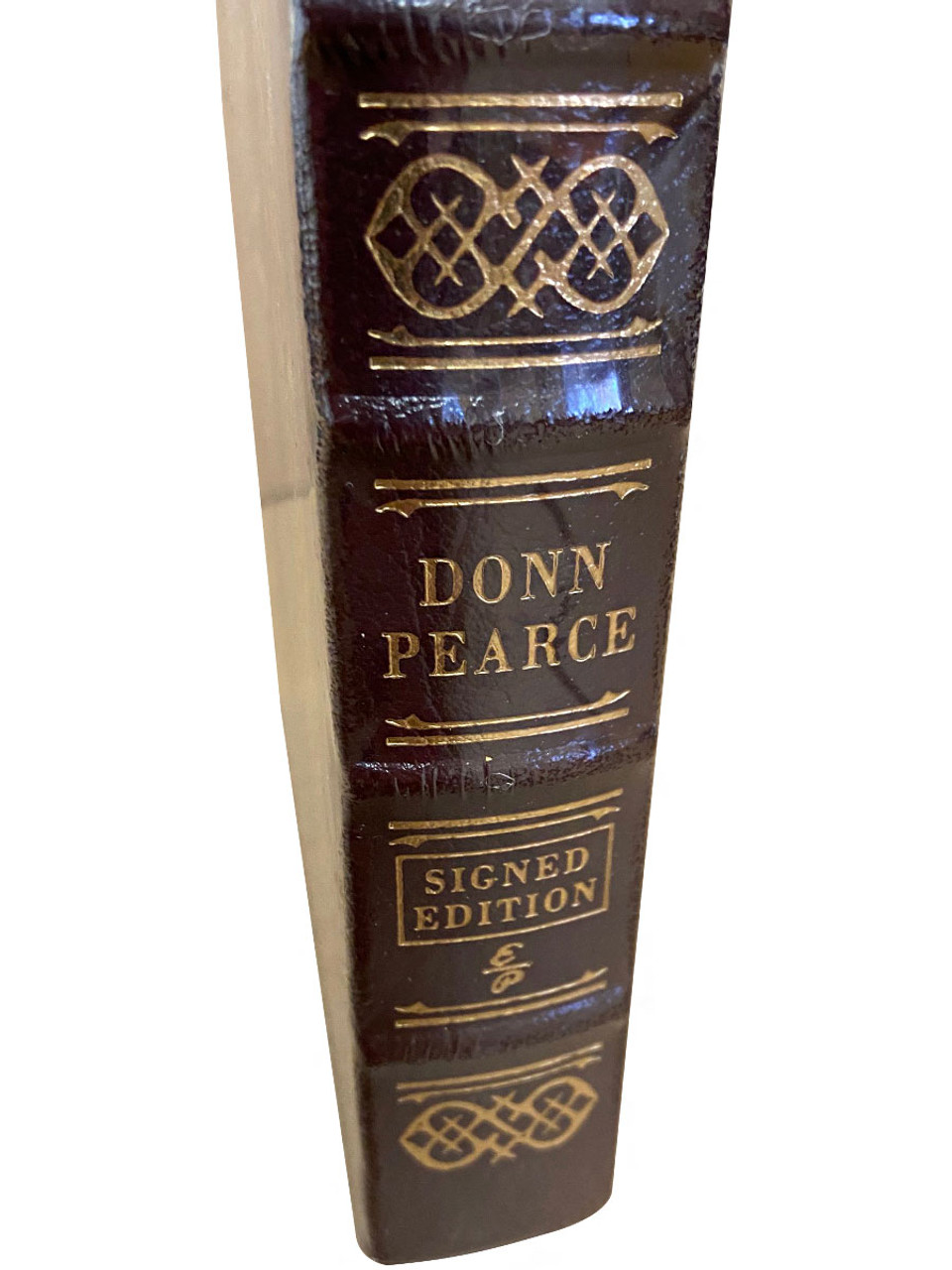 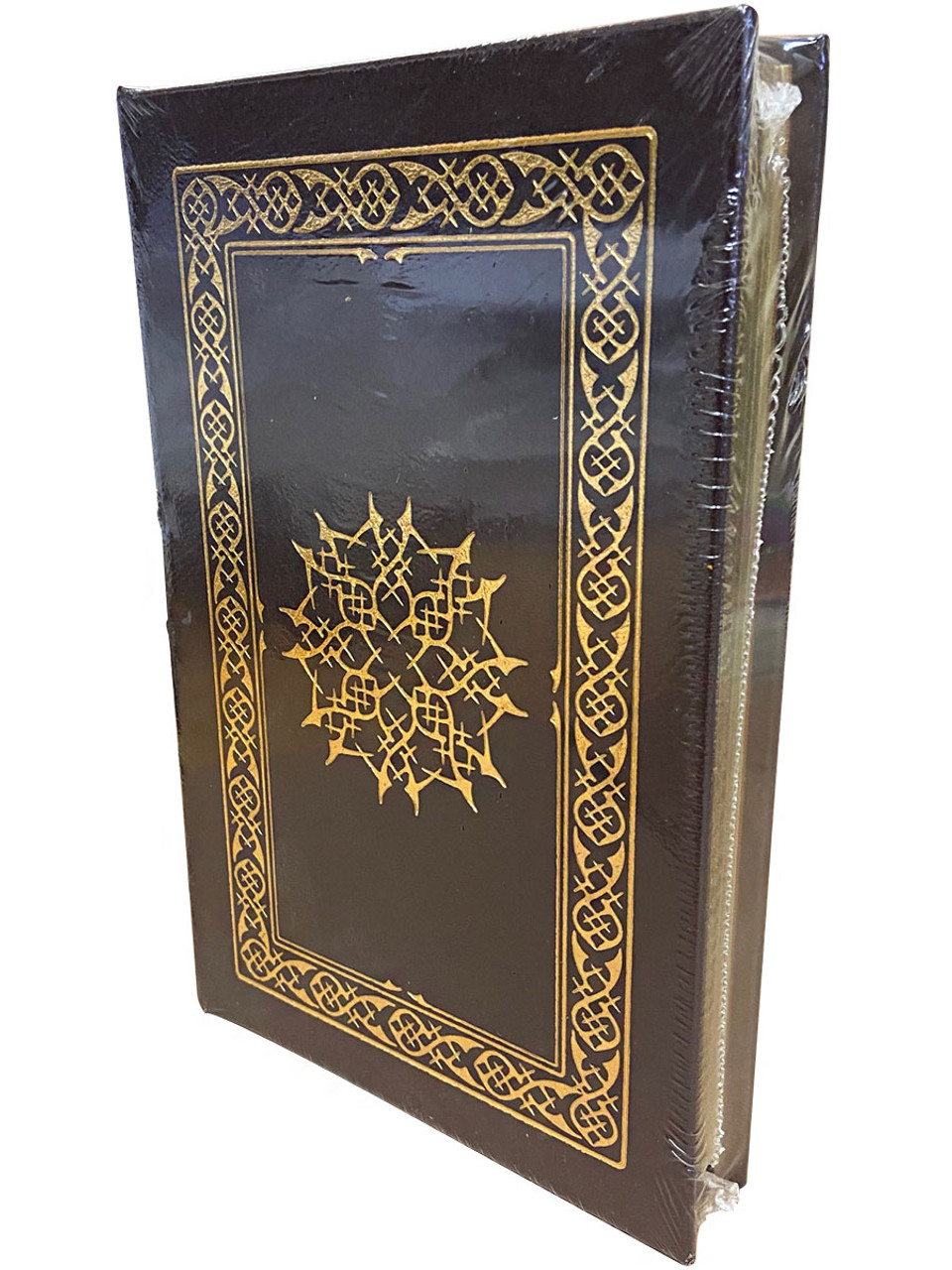 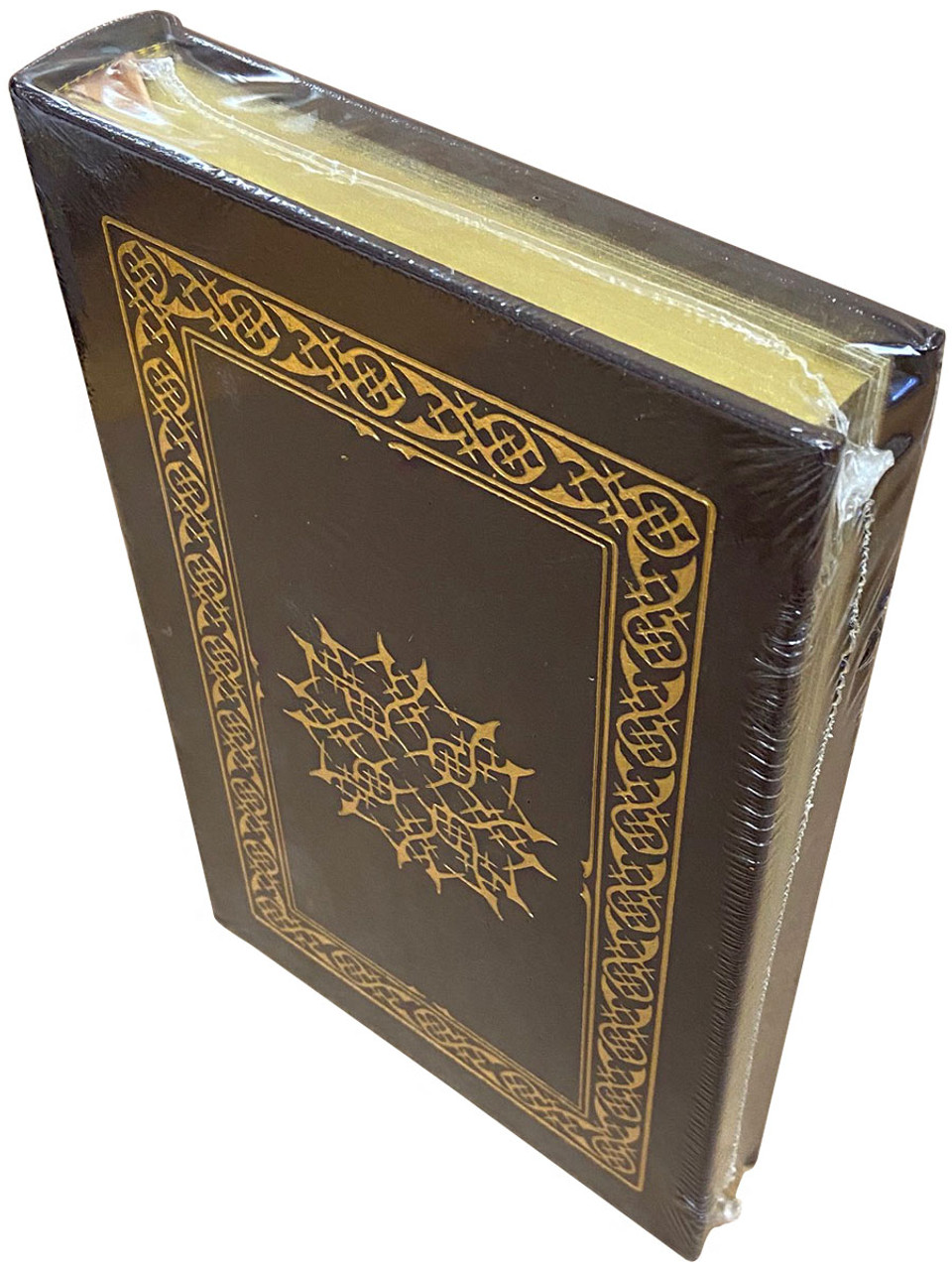 Cool Hand Luke is the first novel by Donn Pearce published in 1965. Out of his experiences working on a chain gang, Donn Pearce created Cool Hand Luke, war hero turned "pretty evil feller," whose refusal to "git his mind right" becomes part of his fellow convicts' mythology of survival.

Born Donald Mills Pearce in a suburb of Philadelphia, PA, Pearce left home at 15. He attempted to join the United States Merchant Marine at 16, but was turned away due to his age. He lied about his age, registered for the draft, and was inducted into the United States Army in 1944. Frustrated by rules he considered unnecessary, he went AWOL, then three days later thought better of it and turned himself in to a Navy MP. His sentence was 30 days in the stockade. He served three days of his sentence, then was transferred to a combat infantry unit. Anticipating being sent to the front (this was during WWII), he wrote his mother a letter. She contacted the Army, informed them of his true age, and he was thrown out of the Army. By this time, he was old enough to join the Merchant Marine.

The Merchant Marine took him to Venice when he was 18, to Spain, Denmark, France, Portugal and Bombay. Post-war Europe had a thriving black market, and Pearce became involved in counterfeiting American money. He attempted to pass some counterfeit bills to a police officer in Marseilles, and was arrested, tried, and sent to prison. Assigned to a work detail outside the prison grounds, Pearce escaped, making his way to the Italian border. The French officials had taken his seaman's papers, so he forged new ones and signed on a ship to Canada. He crossed from Canada into the United States, where he began a new career - burglary.

He became a safecracker, and in 1949, at the age of twenty, he was arrested for burglary. He served two years in the Florida Department of Corrections chain gangs. In 1965 Scribners published his first novel, Cool Hand Luke, and he went on to write the Academy Award-nominated screenplay for the 1967 film version. The film starred Paul Newman, and Pearce made a cameo appearance as a convict named Sailor. His other books included Pier Head Jump (1972) and Dying in the Sun (1974). During the seventies and early eighties he was a freelance journalist, often contributing to magazines such as Playboy and Esquire. In 2005 he published a fourth book, Nobody Comes Back, a novel about the Battle of the Bulge, which received an excellent review from Malcom Jones in the 21 February 2005 edition of Newsweek. Pearce continues to live and write in Fort Lauderdale, Florida.

VERY FINE GUARANTEED. As New. Sealed in the original shrink-wrap without any discernible flaws. Sharp corners that are not bumped.