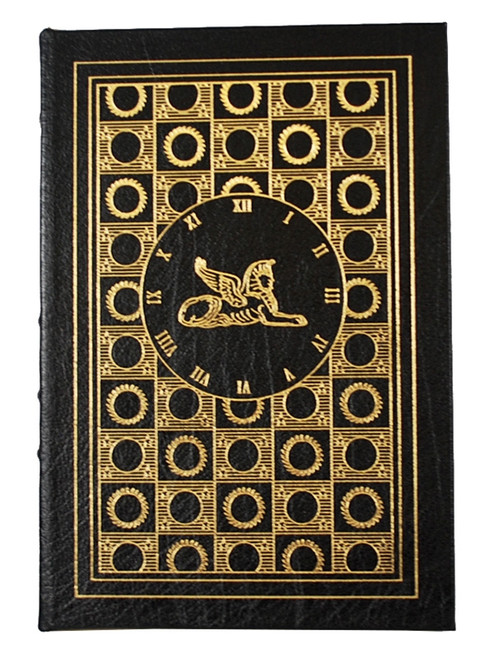 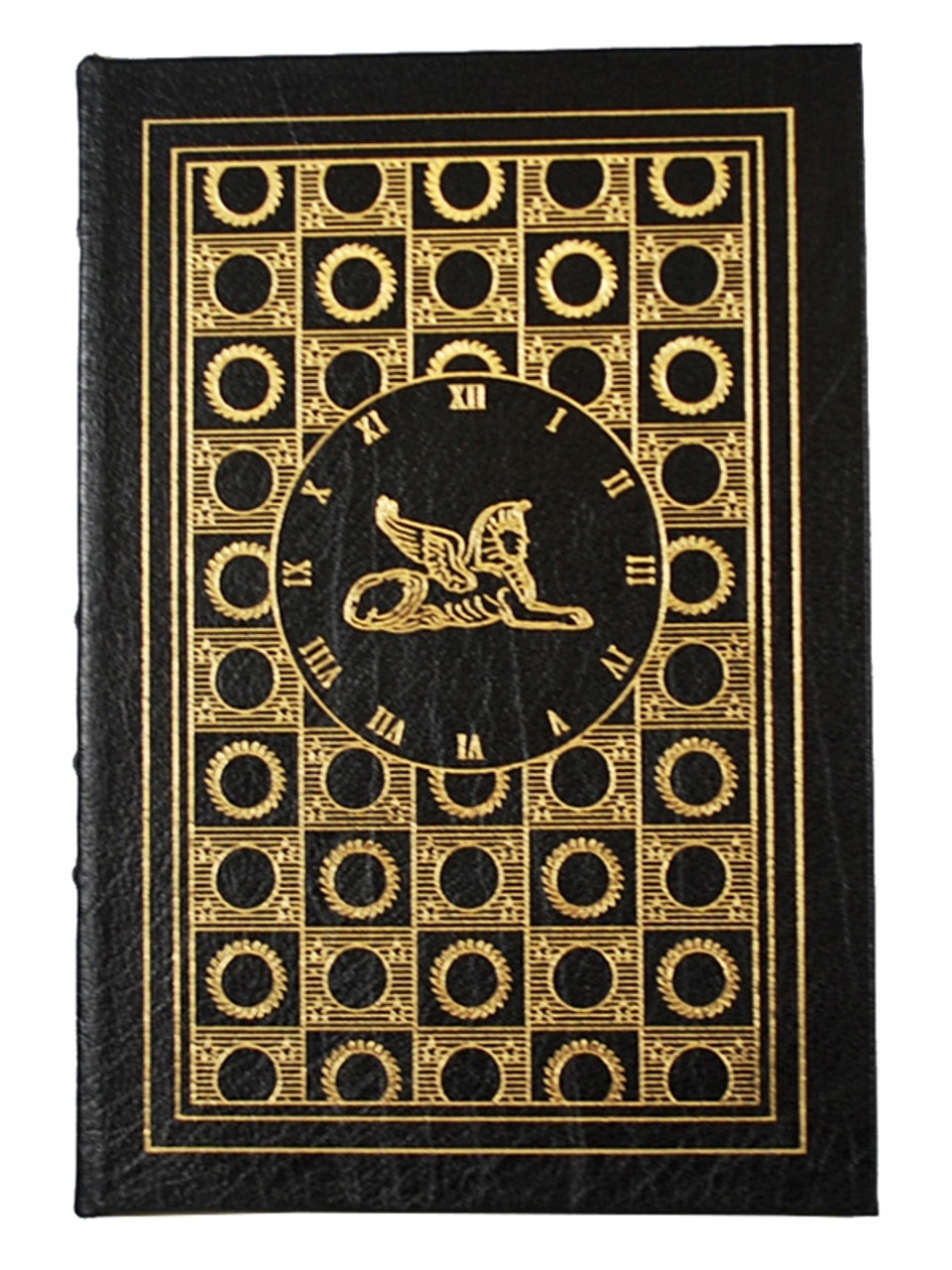 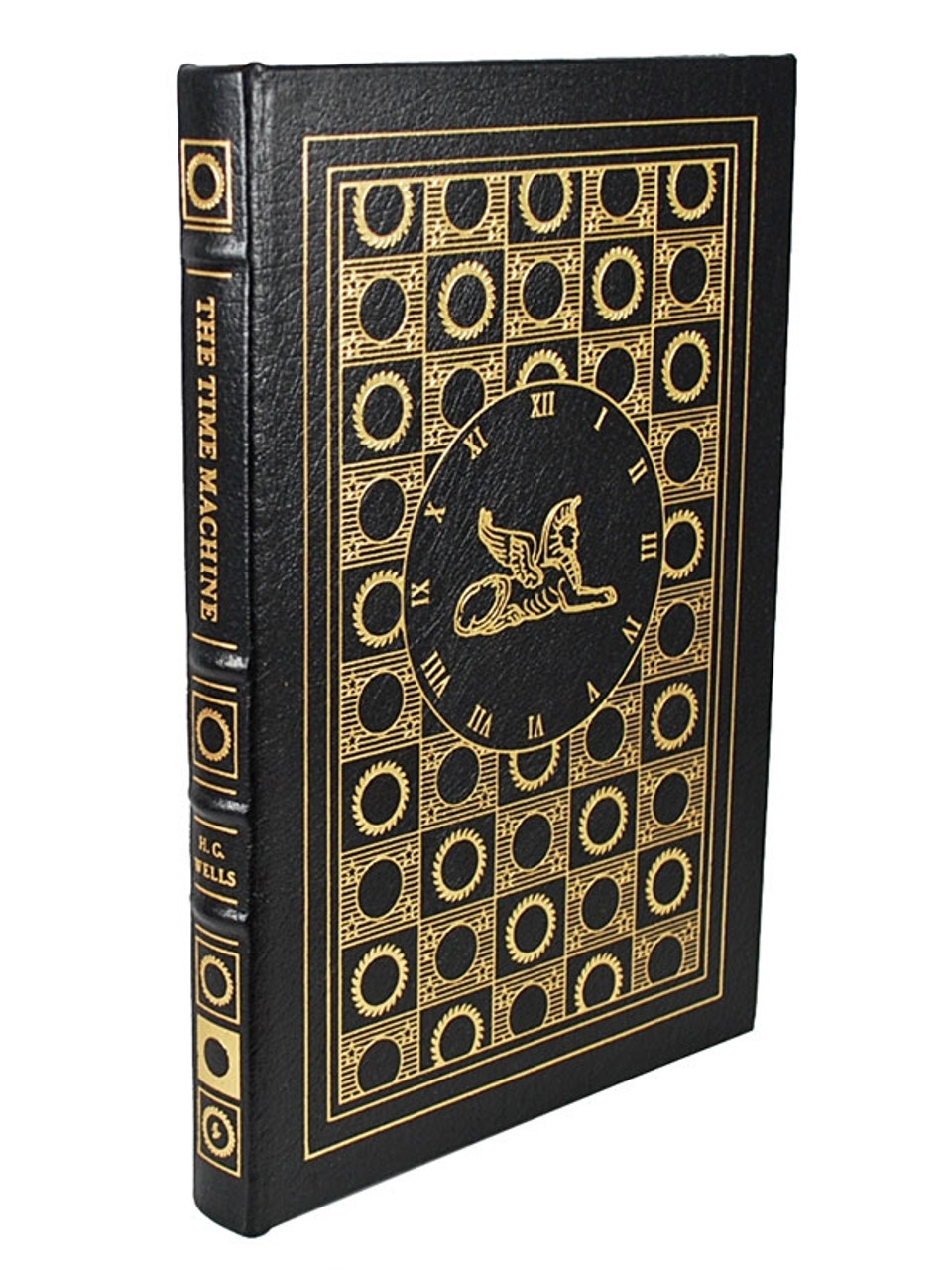 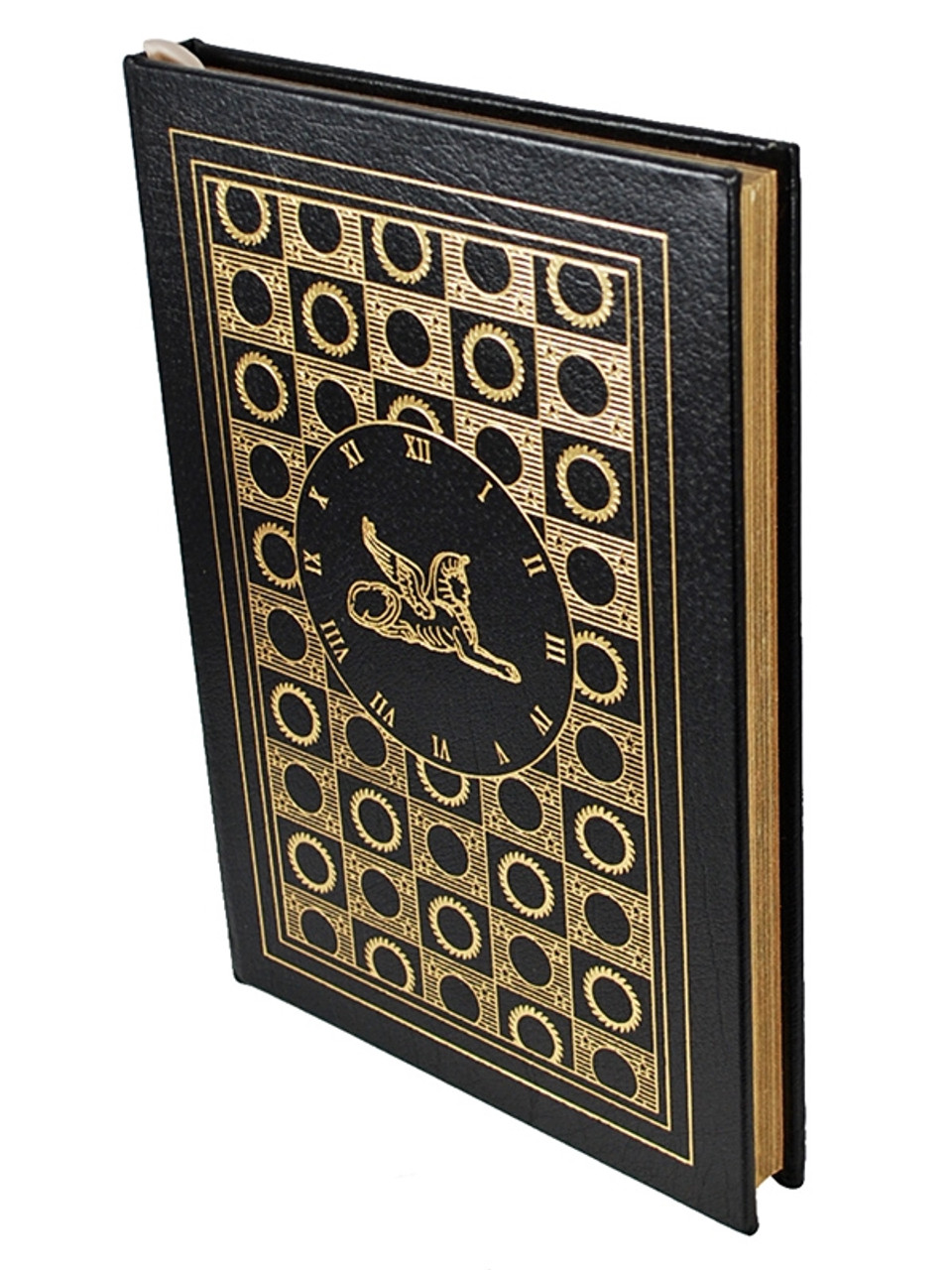 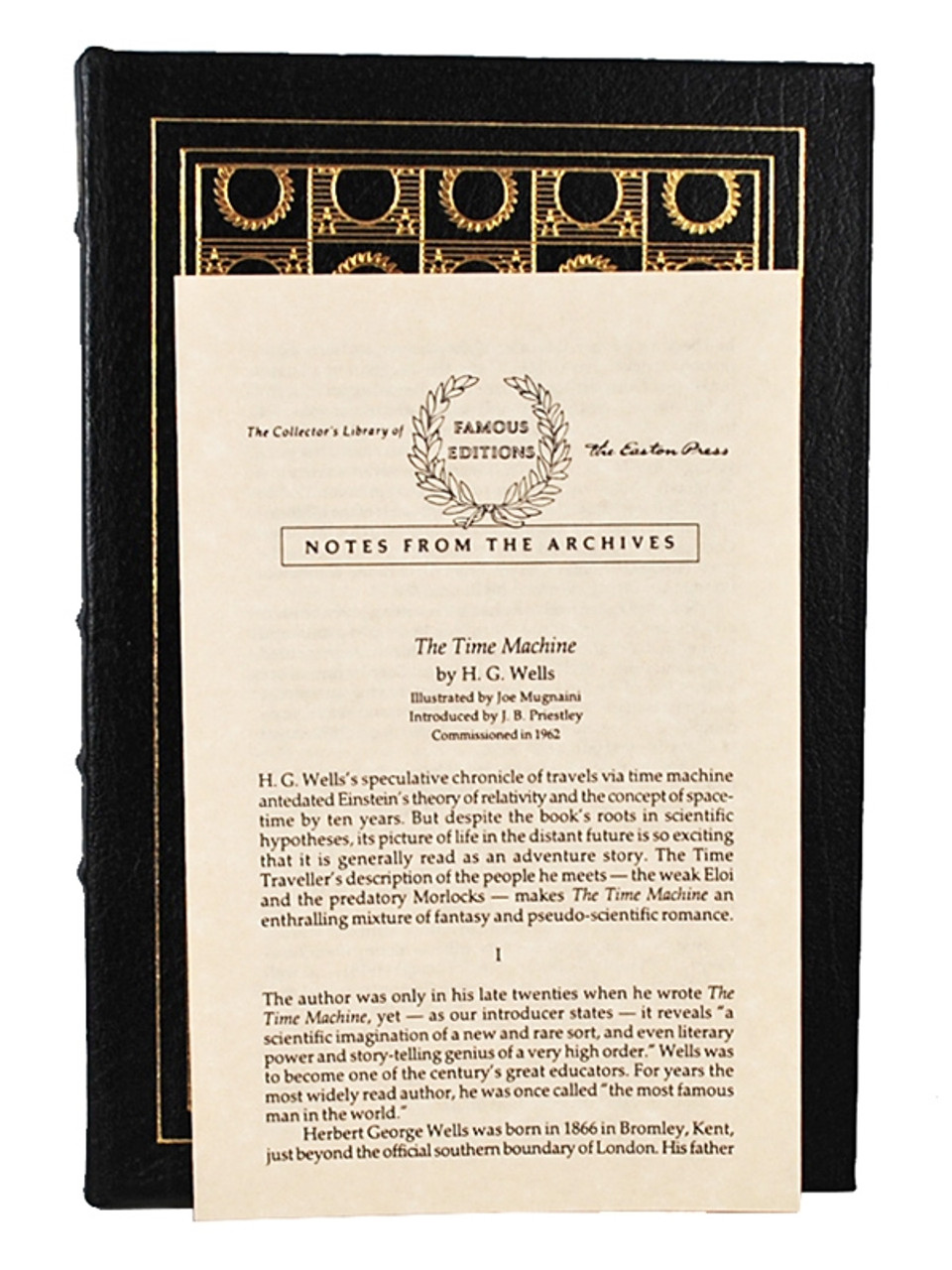 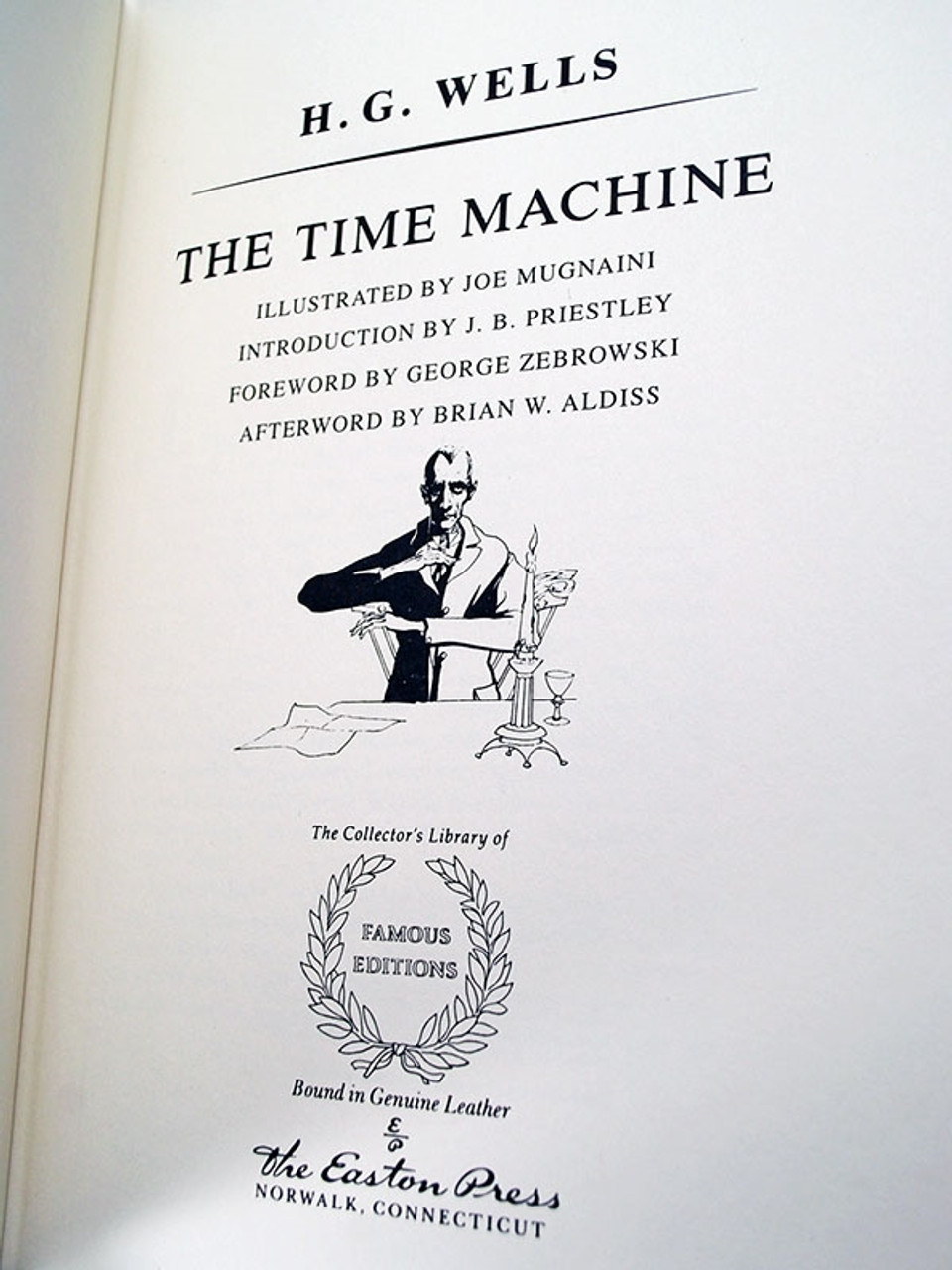 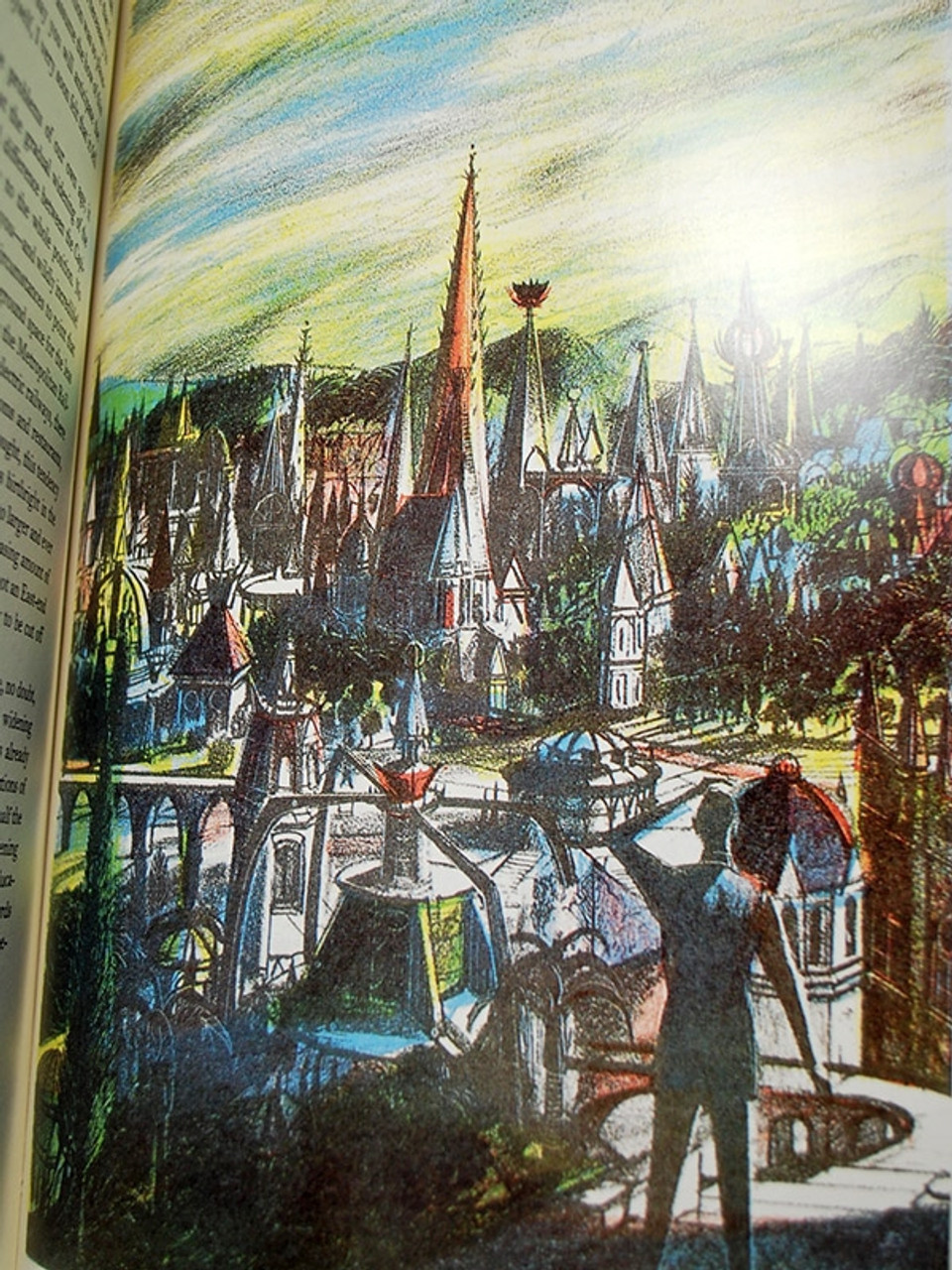 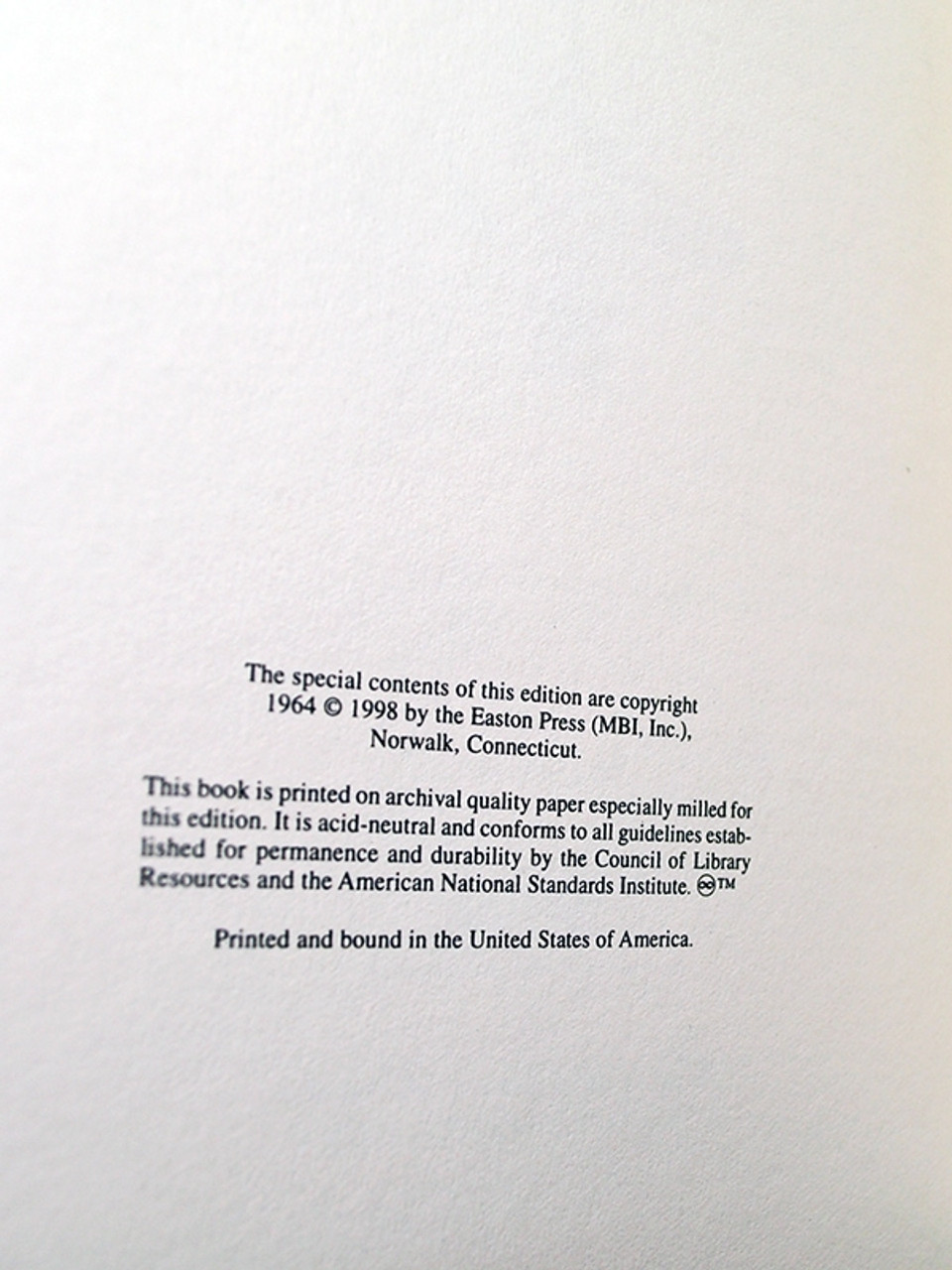 Easton Press, Norwalk CT. 1998 H. G. Wells "The Time Machine" Limited Edition. This is the special "limited release" edition from the Collector's Library of Famous Editions. Includes the original NOTES FROM THE ARCHIVES as shown. This printing of The Time Machine is far less common than the other editions published by Easton Press.

The Time Traveller (for so it will be convenient to speak of him) was expounding a recondite matter to us. His grey eyes shone and twinkled, and his usually pale face was flushed and animated. The fire burned brightly, and the soft radiance of the incandescent lights in the lilies of silver caught the bubbles that flashed and passed in our glasses. Our chairs, being his patents, embraced and caressed us rather than submitted to be sat upon, and there was that luxurious after-dinner atmosphere when thought roams gracefully free of the trammels of precision. And he put it to us in this way-marking the points with a lean forefinger-as we sat and lazily admired his earnestness over this new paradox (as we thought it:) and his fecundity

The prose is an easy read, perhaps even at the junior high enjoyment level. The book is more about worker and economic theme than science fiction. Wells got the idea from a house where his mother was once employed as a maid. The servants who maintained the home would enter from an underground passageway so the residents would not have to look at them. The future world of 800,000 years from now has man evolved into 2 separate species according to our class. The upper world is described in terms of a communistic Eden (A characteristic of Wells). The view of communism as a utopian society was a preoccupation of the writers of that era. The modern totalitarian socialist state which passes itself as communism was not yet around.

The Eloi live above ground. They are small in stature and are a happy people who live in fear of the night, especially during the new moon. They live in the utopian world and are provided for by....the Morlocks. The Morlocks live underground and operate the machines (where they get the oil to run these things is unknown). They provide for the Eloi, something we do not see, but apparently done including weaving fine linen for them to wear. The Morlocks are describe as white humanistic lemurs who are the descendants of the working class. They care for the Enloi and in turn harvest them for food. Wells was using the division of the economic classes, extrapolated far into the future to show how we would evolve if society was kept as it was today."

Very Near Fine with only one tiny blemish to the gilded page edges (see top right corner of photo 3). A wonderful bright clean copy free of any markings, writings, or stamps. Sharp corners that are not bumped. Tight and square spine. Unread book. No attached bookplates or indication of any removed. Photos of actual item.

Foreword by Robert S. Brumbaugh Easton Press, Norwalk CT. 1989 A. E. Taylor "Socrates" Limited Edition Alfred Edward Taylor was the son of a Methodist minister, who was educated at Oxford and taught...

A Luxurious Leather Bound Masterpiece This masterpiece of science fiction is the fascinating story of Griffin, a scientist who creates a serum to render himself invisible, and his descent into...

Flags of Our Fathers (2000) is a New York Times bestselling book by James Bradley with Ron Powers about the five United States Marines and one United States Navy Corpsman who would eventually be made...