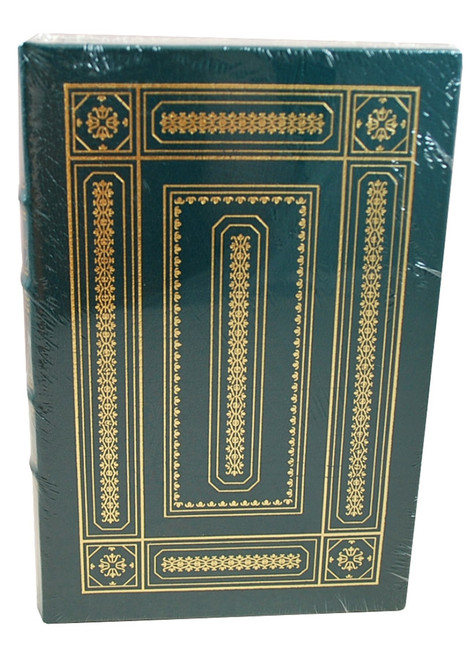 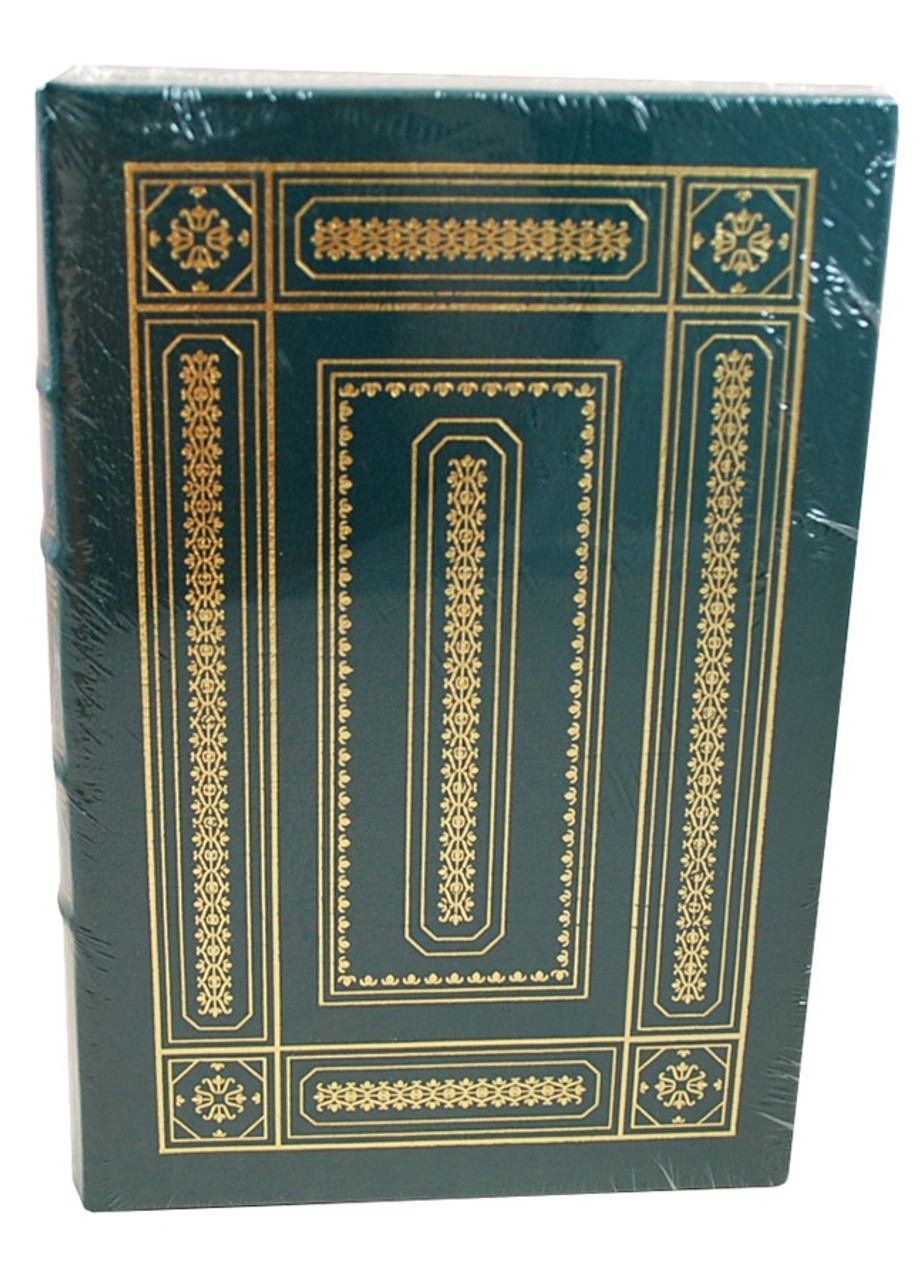 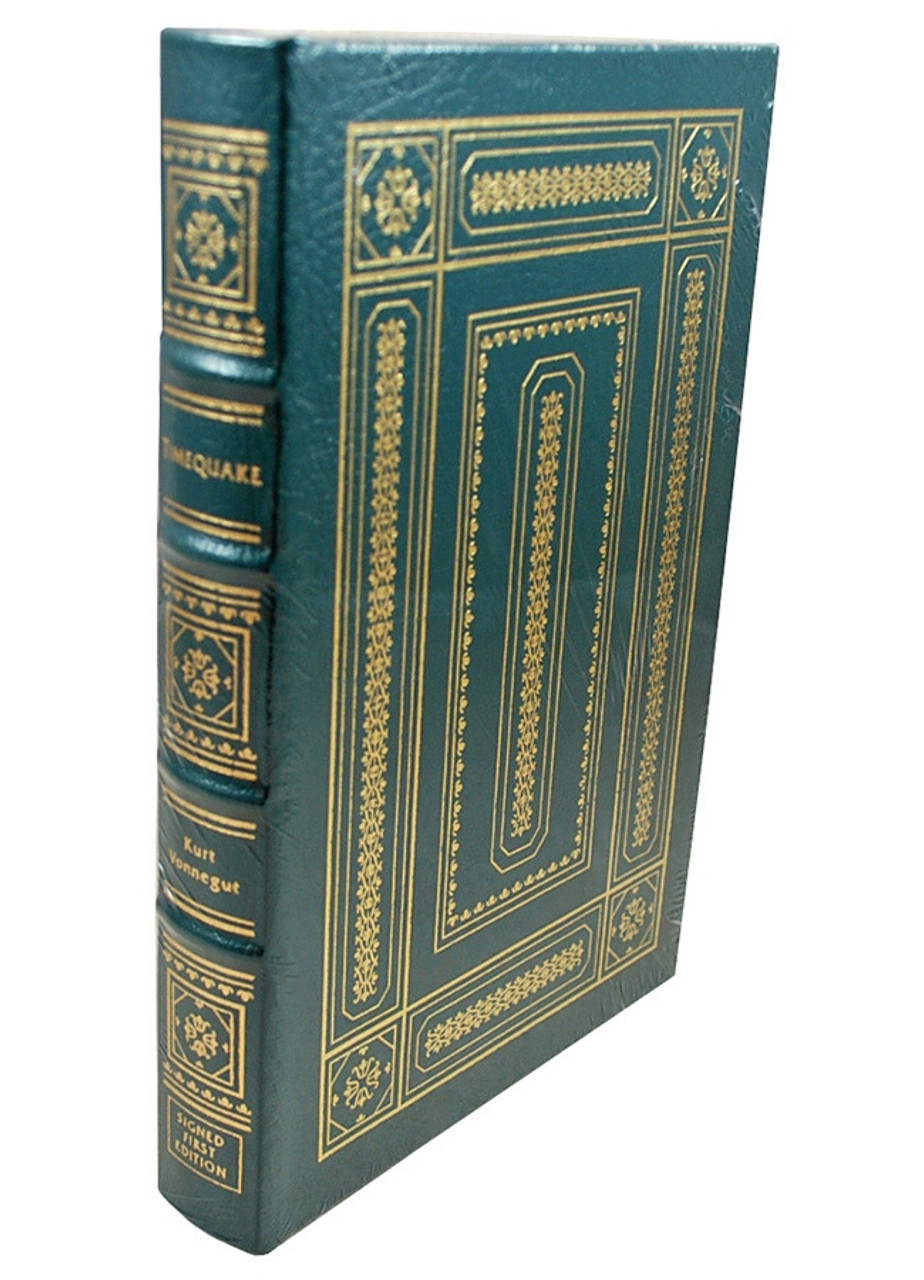 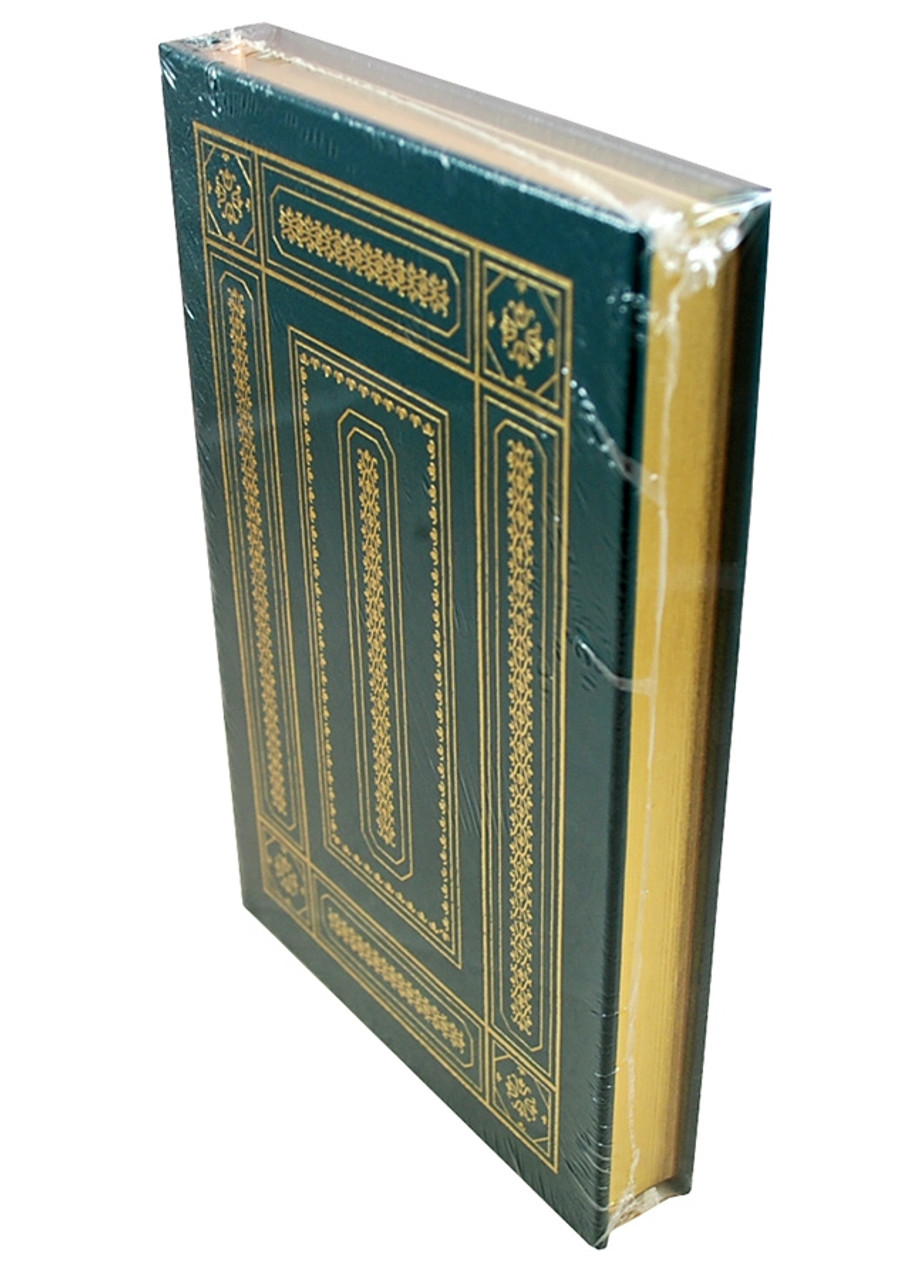 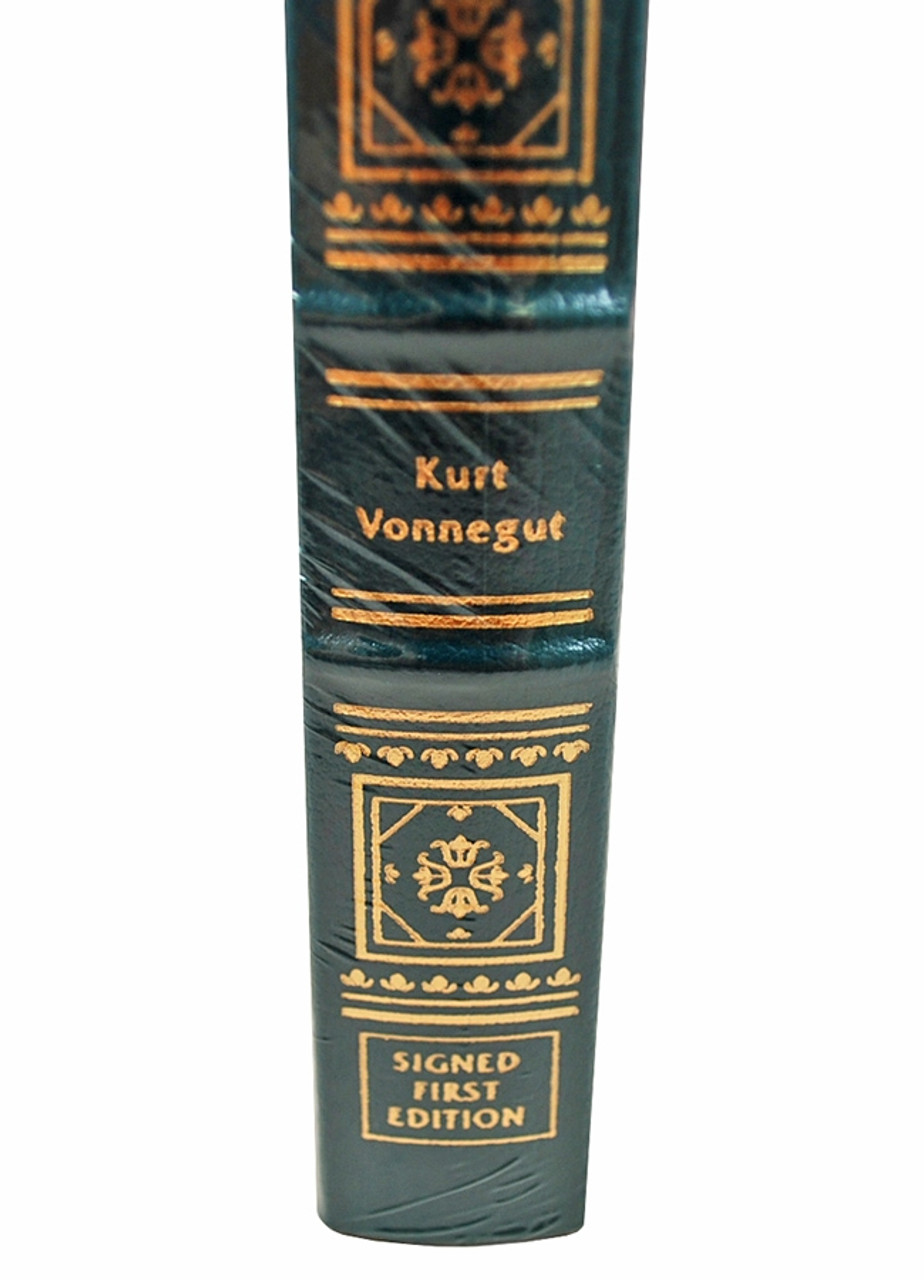 Personally signed by Kurt Vonnegut onto a special limitation page.


Easton Press. Norwalk, CT. 1997. Kurt Vonnegut "Timequake". SIGNED BY AUTHOR. Signed First Edition as stated. A leather bound limited collector's edition of only 1,200 signed and numbered copies. Includes COA and collector's notes by the publisher. It is bound in full green leather with raised bands, featuring gilt stamped designs on the spine and covers. 219 pages. No dust-jacket as issued.

A great unique gift for yourself or for a loved one. A luxurious leather bound masterpiece from the Signed First Edition collection by Easton Press. Beautifully illustrated and bound in full genuine leather. One of the most celebrated works of modern literature by a historical writer. A rare signed first edition for the discerning collector.

A book of metafiction by the celebrated American novelist. In the year 2001, a glitch in the space-time continuum occurs, making everybody repeat everything that had been done since 1991. According to science-fiction writer Kilgore Trout, a global timequake will occur in New York City on 13th February 2001. It is the moment when the universe suffers a crisis of conscience. Should it expand or make a great big bang? It decides to wind the clock back a decade to 1991, making everyone in the world endure ten years of deja-vu and a total loss of free will - not to mention the torture of reliving every nanosecond of one of the tawdiest and most hollow decades. With his trademark wicked wit, Vonnegut addresses memory, suicide, the Great Depression, the loss of American eloquence, and the obsolescent thrill of reading books.

Kurt Vonnegut was born in Indianapolis in 1922. He studied at the universities of Chicago and Tennessee and later began to write short stories for magazines. His first novel, Player Piano, was published in 1951 and since then he has written many novels, among them: The Sirens of Titan (1959), Mother Night (1961), Cat's Cradle (1963), God Bless You Mr Rosewater (1964), Welcome to the Monkey House; a collection of short stories (1968), Breakfast of Champions (1973), Slapstick, or Lonesome No More (1976), Jailbird (1979), Deadeye Dick (1982), Galapagos (1985), Bluebeard (1988) and Hocus Pocus (1990). During the Second World War he was held prisoner in Germany and was present at the bombing of Dresden, an experience which provided the setting for his most famous work to date, Slaughterhouse Five (1969). He has also published a volume of autobiography entitled Palm Sunday (1981) and a collection of essays and speeches, Fates Worse Than Death (1991).

VERY FINE GUARANTEED . The condition is of the highest quality. A wonderful bright clean copy. Free of markings, writings, or stamps. No attached bookplates or indication of any removed. Unread. Not even a single scratch on the gilded page edges.

Number 898 of only 1,000 copies signed by the author. Easton Press. Norwalk, CT. 2002. "The Briar King" by Greg Keyes. Signed First Edition, personally hand signed by Greg Keyes directly onto a...