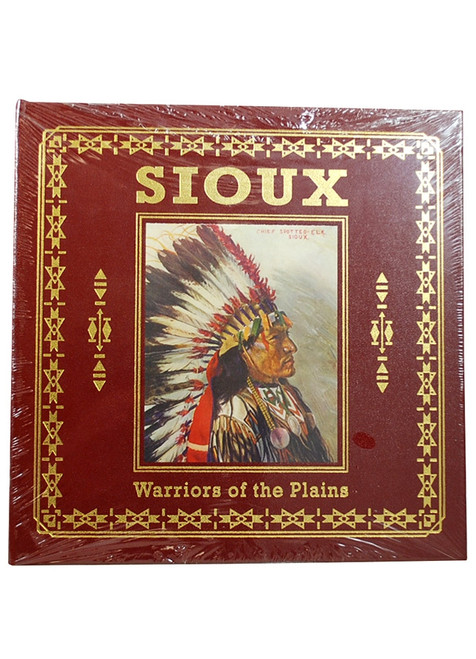 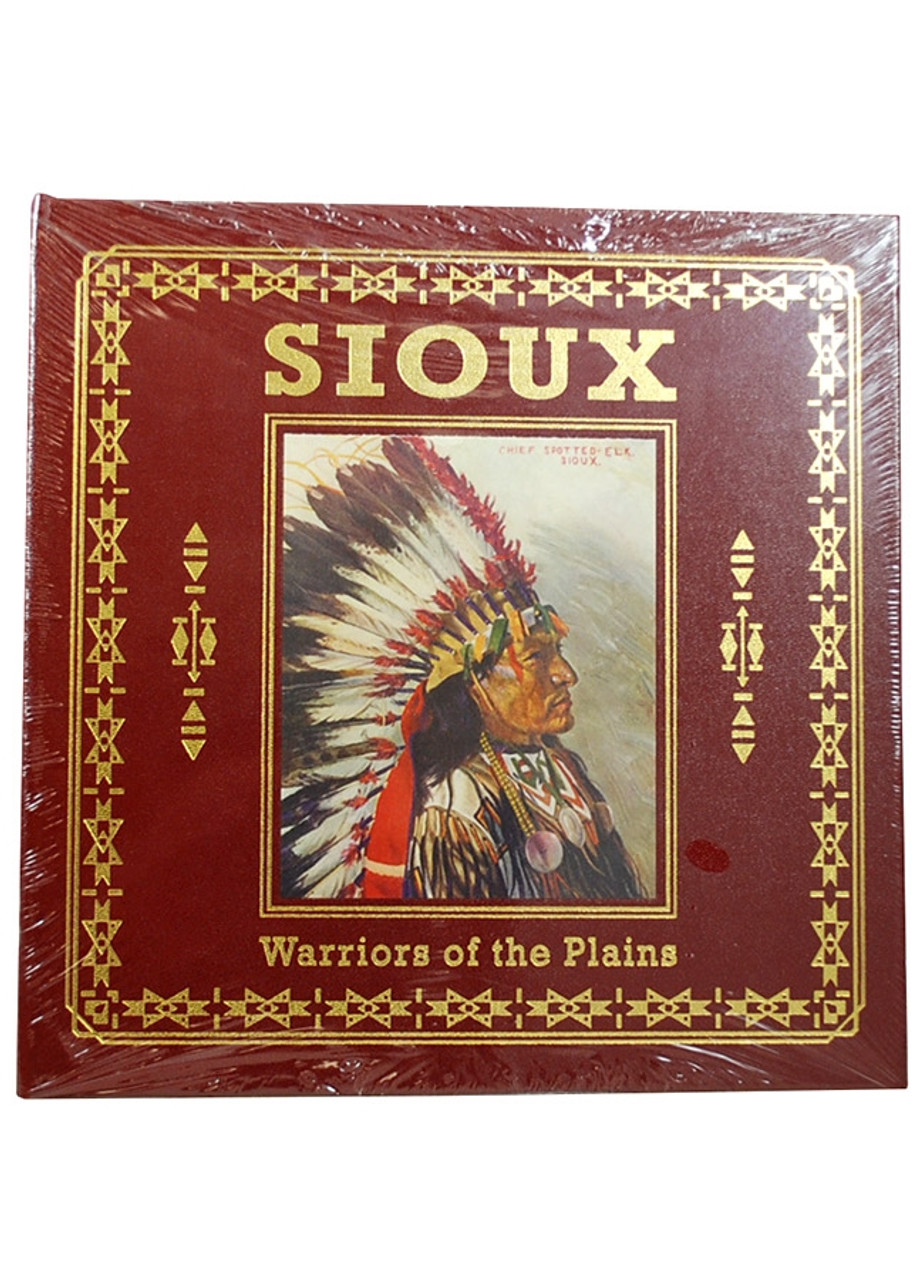 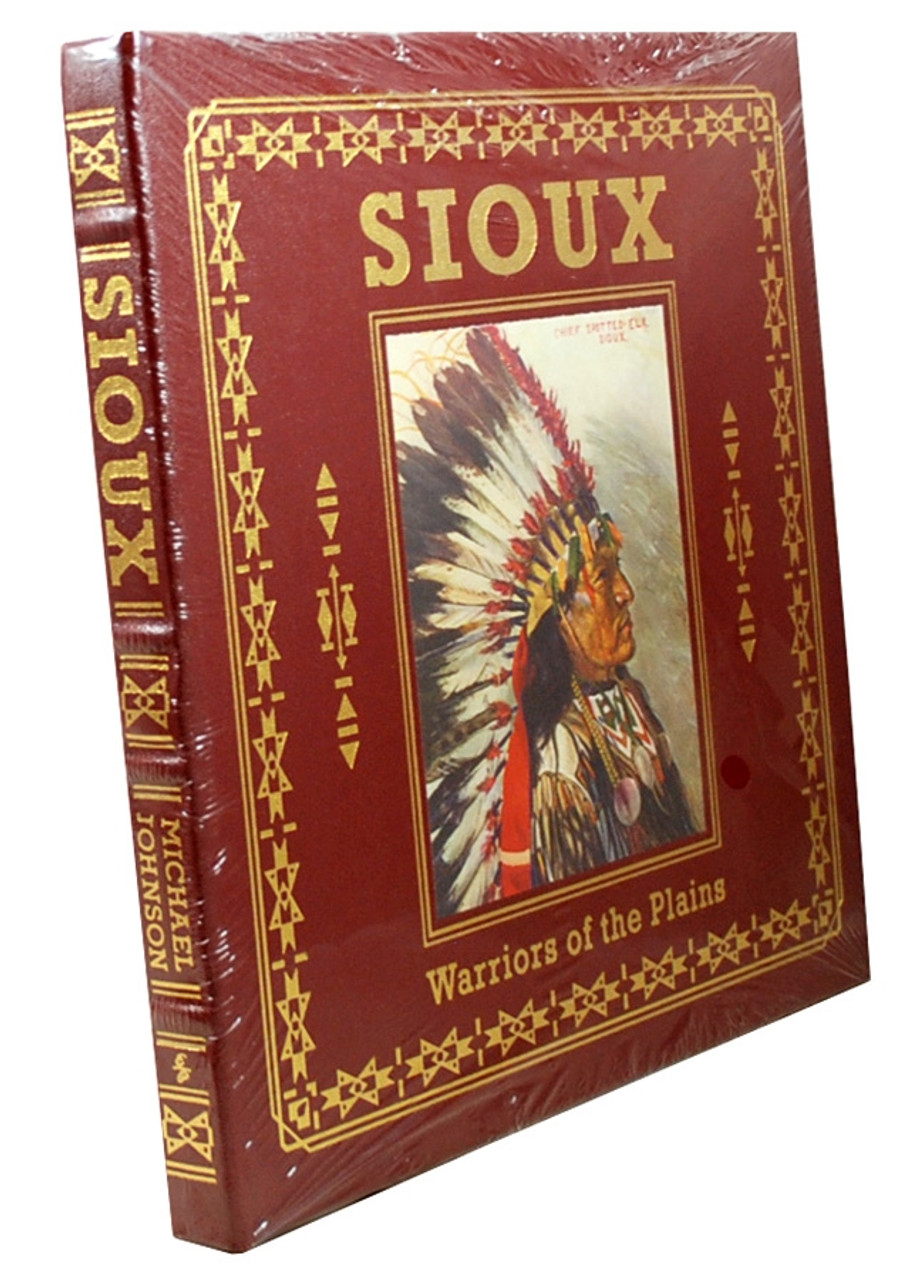 A Rare Leather Bound Edition , Sealed Without Any Flaws.

This book covers all seven main elements of the Sioux people: the four tribes that made up the Dakota or eastern division – the Mdewakanton, Wahpekute, Sisseton, and Wahpeton. The Middle Sioux or Nakota division comprised the Yankton and Yanktonai; and the Western Sioux or Lakota Division- the largest subtribe outnumbering the other six together.

This book tackles the topic of the Sioux tribes for fought for, or more often against, the US in the mid-late 19th Century. It is a detailed source on the clothing and material culture of these peoples, and also provides a good foundation for the study of their culture. My reason for giving it only three stars is that it strays from the main thrust of the Osprey Men-at-Arms series. Easily half the figures in the plates are either women or unarmed males, and the text does not discuss the armament of fighting styles of these warrriors in detail. For someone like me who is seeking an Osprey book that is truly about the Amerindian warriors, there are better alternatives (notably Comanche 1800-1875).

The Sioux or Oceti Sakowin are groups of Native American tribes and First Nations peoples in North America. The modern Sioux consist of two major divisions based on language divisions: the Dakota and Lakota; collectively they are known as the Očhéthi Šakówiŋ ("Seven Council Fires"). The term "Sioux" is an exonym created from a French transcription of the Ojibwe term "Nadouessioux", and can refer to any ethnic group within the Great Sioux Nation or to any of the nation's many language dialects.

Before the 17th century, the Santee Dakota lived around Lake Superior with territories in present-day northern Minnesota and Wisconsin. They gathered wild rice, hunted woodland animals and used canoes to fish. Wars with the Ojibwe throughout the 1700s pushed the Dakota into southern Minnesota, where the Western Dakota (Yankton, Yanktonai) and Teton (Lakota) were residing. In the 1800s, the Dakota signed treaties with the United States, ceding much of their land in Minnesota. Failure of the United States to make treaty payments on time, as well as low food supplies, led to the Dakota War of 1862, which resulted in the Dakota being exiled from Minnesota to numerous reservations in Nebraska, North and South Dakota and Canada. After 1870, the Dakota people began to return to Minnesota, creating the present-day reservations in the state.

The Yankton and Yanktonai Dakota, collectively also referred to by the endonym Wičhíyena, resided in the Minnesota River area before ceding their land and moving to South Dakota in 1858. Despite ceding their lands, their treaty with the U.S. government allowed them to maintain their traditional role in the Očhéthi Šakówiŋ as the caretakers of the Pipestone Quarry, which is the cultural center of the Sioux people. They are considered to be the Western Dakota (also called middle Sioux), and have in the past been erroneously classified as Nakota.[2] The actual Nakota are the Assiniboine and Stoney of Western Canada and Montana.

The Lakota, also called Teton, are the westernmost Sioux, known for their hunting and warrior culture. With the arrival of the horse in the 1700s, the Lakota would become the most powerful tribe on the Plains by the 1850s. They fought the United States Army in the Sioux Wars including defeating the 7th Cavalry Regiment at the Battle of Little Big Horn. The armed conflicts with the U.S. ended with the Wounded Knee Massacre.

Throughout the 20th and 21st centuries, the Dakota and Lakota would continue to fight for their treaty rights, including the Wounded Knee incident, Dakota Access Pipeline protests and the 1980 Supreme Court case, United States v. Sioux Nation of Indians, in which the court ruled that tribal lands covered under the Fort Laramie Treaty of 1868 had been taken illegally by the US government, and the tribe was owed compensation plus interest. As of 2018, this amounted to more than $1 billion; the Sioux have refused the payment, demanding instead the return of their land. Today, the Sioux maintain many separate tribal governments scattered across several reservations, communities, and reserves in North Dakota, South Dakota, Nebraska, Minnesota, and Montana in the United States; and Manitoba, southern Saskatchewan, and Alberta in Canada.

This definitive chronicle of America's first motorcycle is an essential for any cycle aficionado. Easton Press, Norwalk CT. Tod Rafferty "The Indian : The History of a Classic American Motorcycle "...