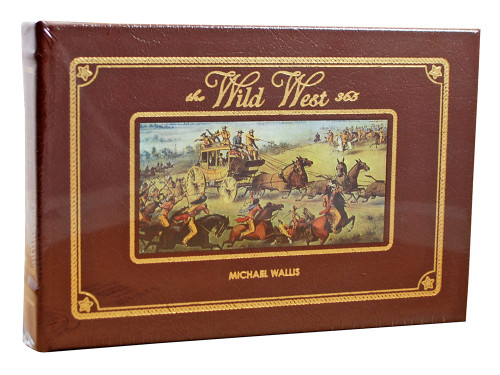 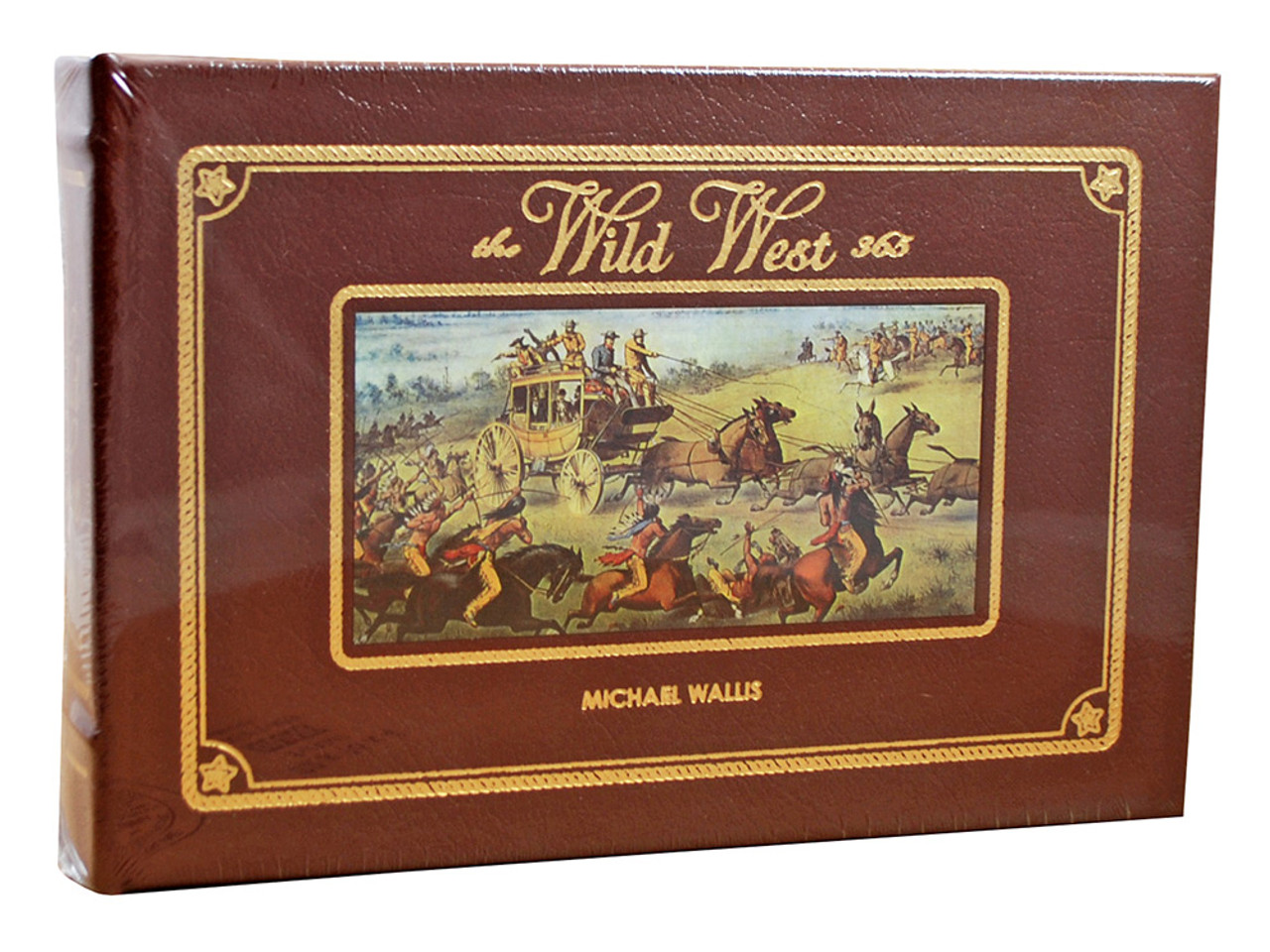 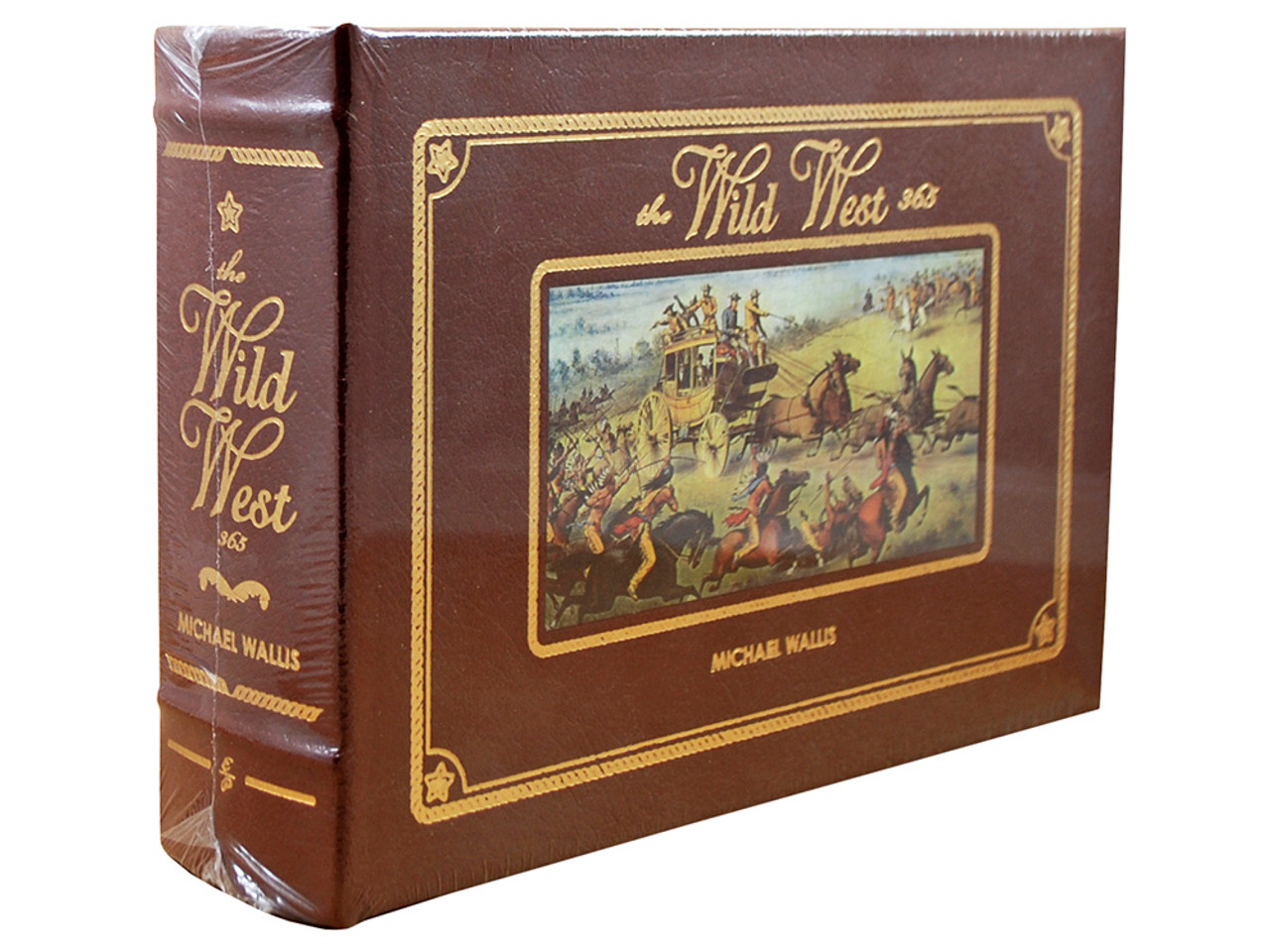 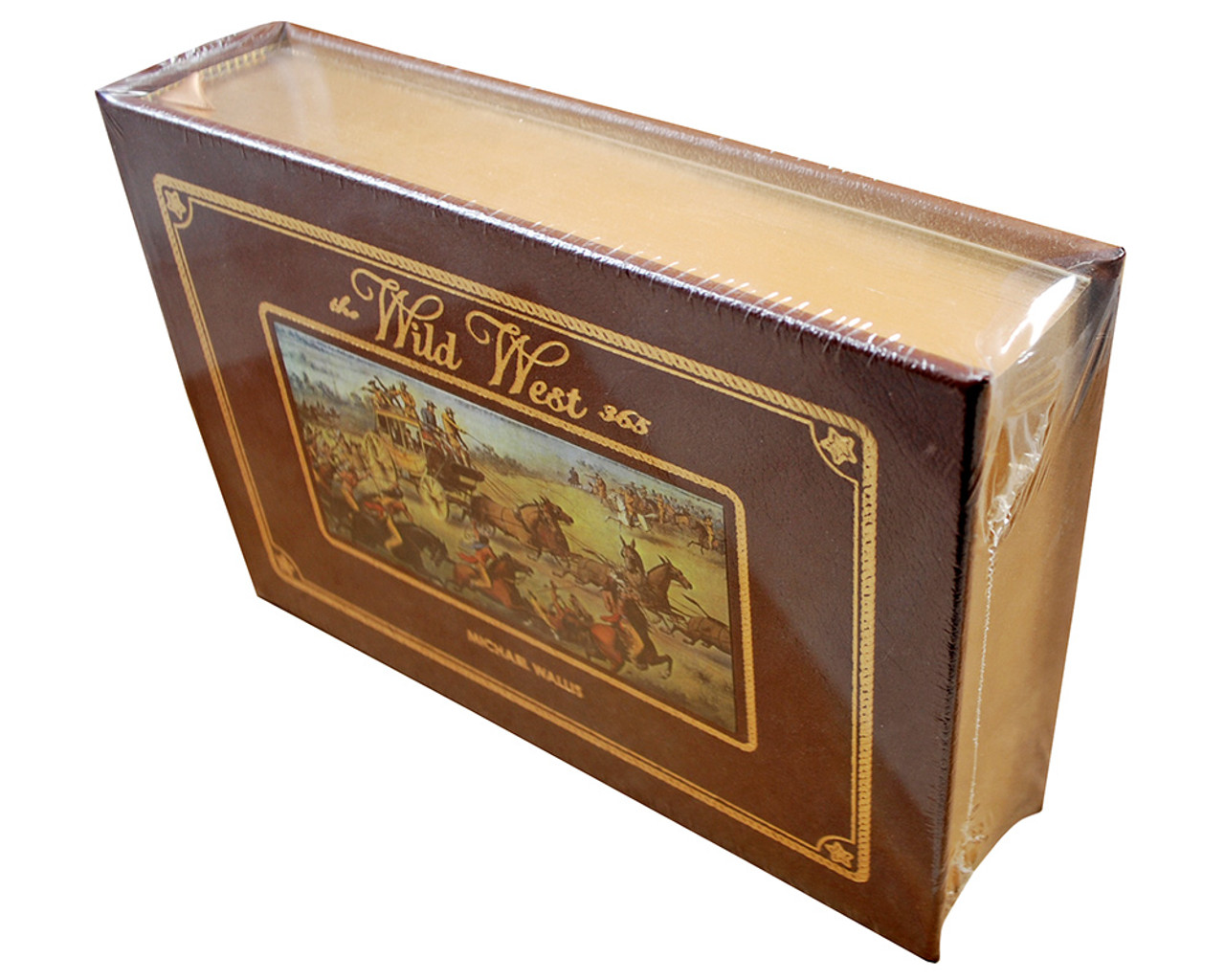 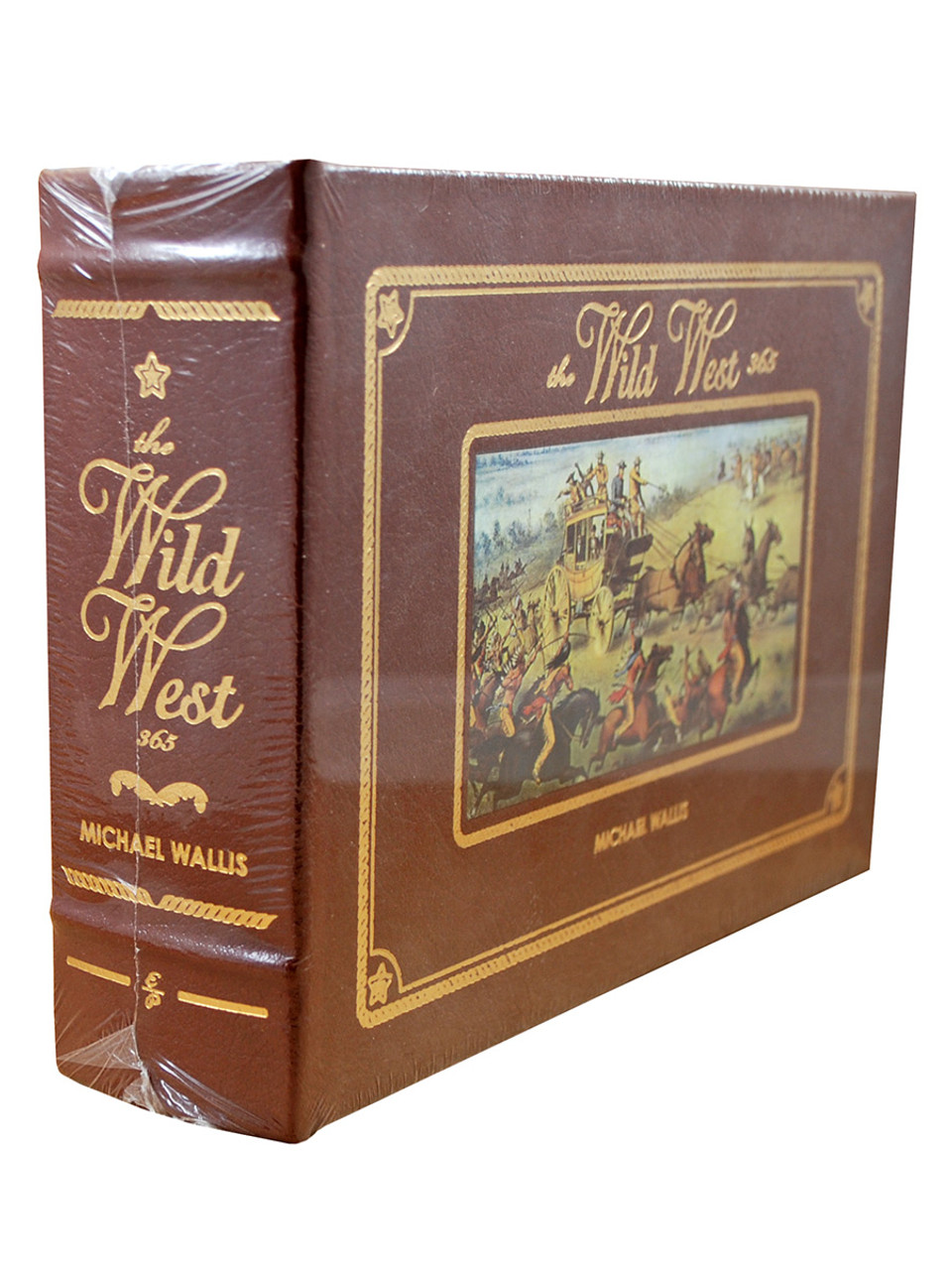 An Exceptional Deluxe Collector's Edition of "The Wild West 365"

This edition is now OUT OF PRINT by the publisher.

An Easton Press heirloom version from their limited edition series. This is a beautiful oversized edition full of exquisite illustrations and perfect for that gift that will last for generations to enjoy.

The Wild West: 365 Days is a day-by-day adventure that tells the stories of pioneers and cowboys, gold rushes and saloon shoot-outs in America's frontier. The lure of land rich in minerals, fertile for farming, and plentiful with buffalo bred an all-out obsession with heading westward. The Wild West: 365 Days takes the reader back to these booming frontier towns that became the stuff of American legend, breeding characters such as Butch Cassidy and Jesse James. Author Michael Wallis spins a colorful narrative, separating myth from fact, in 365 vignettes. The reader will learn the stories of Davy Crockett, Wild Bill Hickok, and Annie Oakley; travel to the O.K. Corral and Dodge City; ride with the Pony Express; and witness the invention of the Colt revolver. The images are drawn from Robert G. McCubbin's extensive collection of Western memorabilia, encompassing rare books, photographs, ephemera, and artifacts, including Billy the Kid's knife.

It has been said, "reading a Michael Wallis book is like dancing to a romantic ballad. He offers his hand and gently guides you across the floor, swaying to the song of the American West."

A best-selling author and award-winning reporter, Michael is a historian and biographer of the American West who also has gained international notoriety as a speaker and voice talent. In 2006 Michael’s distinctive voice was heard in Cars, an animated feature film from Pixar Studios, also featuring Paul Newman, Bonnie Hunt, Owen Wilson, Michael Keaton, and George Carlin. Michael is also featured in Cars 2, a sequel to the original motion picture released in 2011.

A storyteller who likes nothing better than transporting audiences across time and space, Michael has published seventeen books, including Route 66: The Mother Road, the book credited with sparking the resurgence of interest in the highway. In 2011, Michael’s latest works were published — David Crockett: The Lion of the West, and The Wild West 365.

Other Wallis books include The Real Wild West: The 101 Ranch and the Creation of the American West; Mankiller: A Chief and Her People; Way Down Yonder In The Indian Nation; and Pretty Boy: The Life and Times of Charles Arthur Floyd. His work has been published in hundreds of national and international magazines and newspapers, including Time, Life, People, Smithsonian, The New Yorker, and The New York Times. 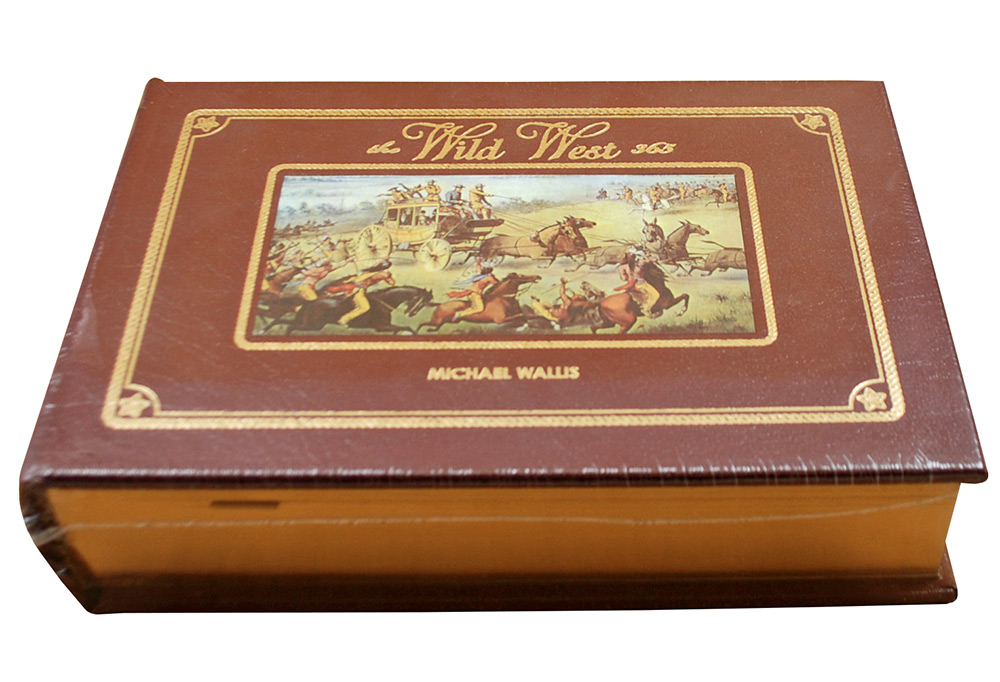 VERY FINE GUARANTEED. Sealed without any visible flaws. A wonderful bright clean copy with tight binding. Unread book with no bumped corners and free of any marks, writings or stamps. All photos of volume.