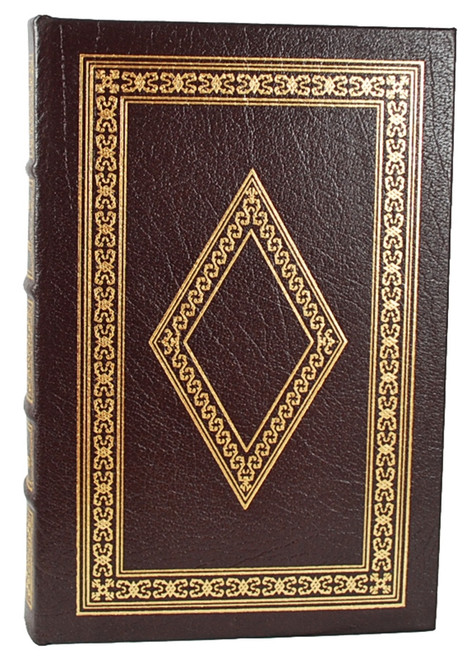 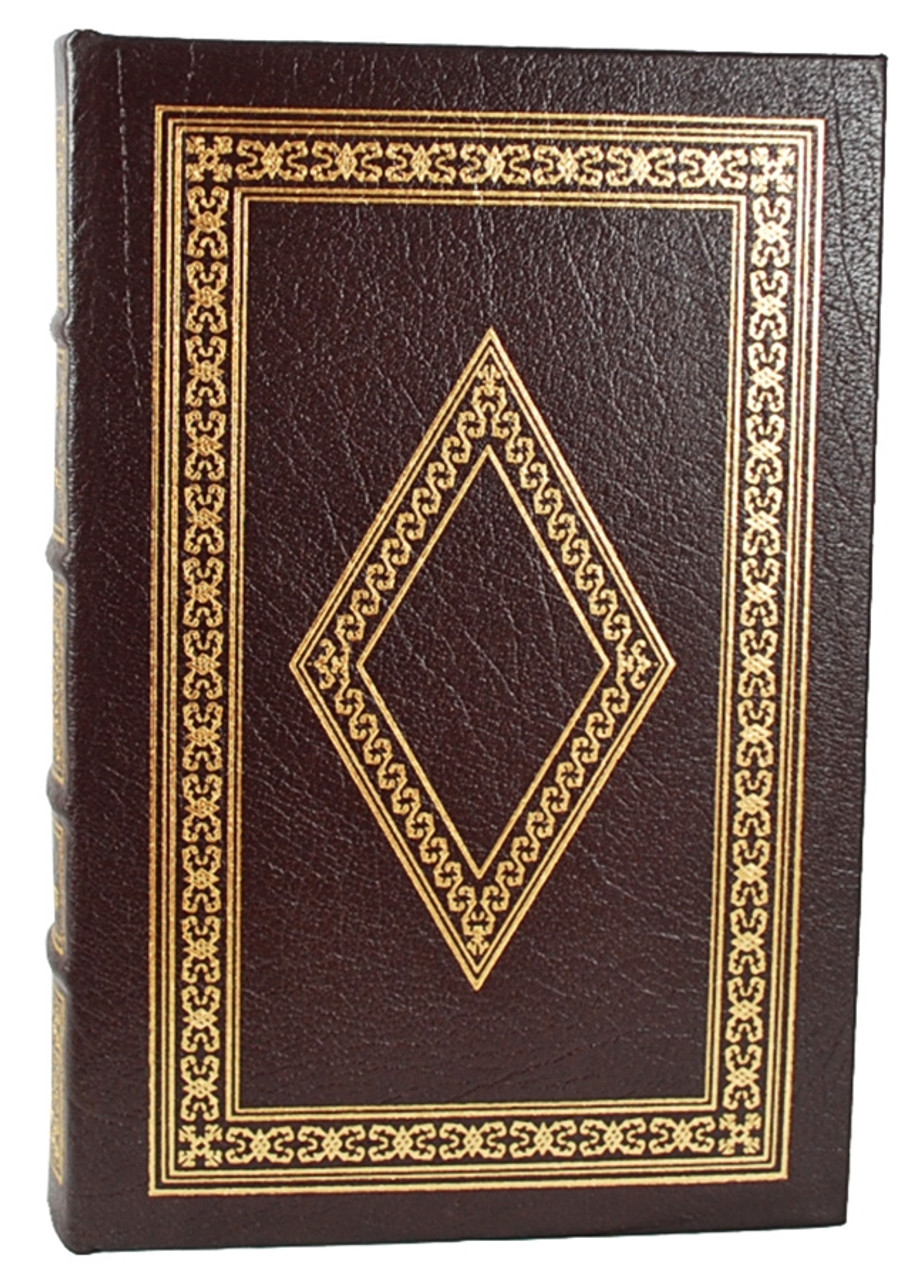 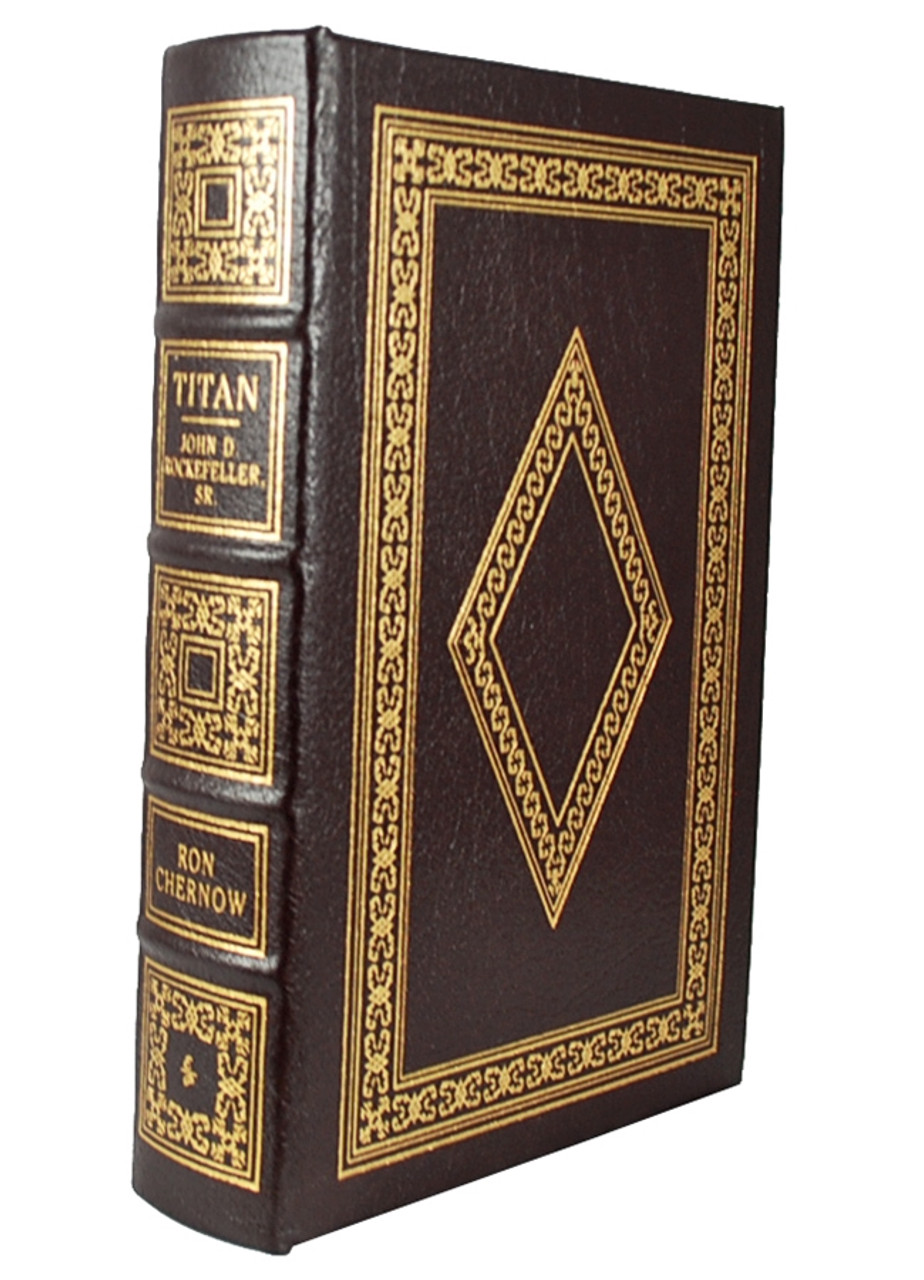 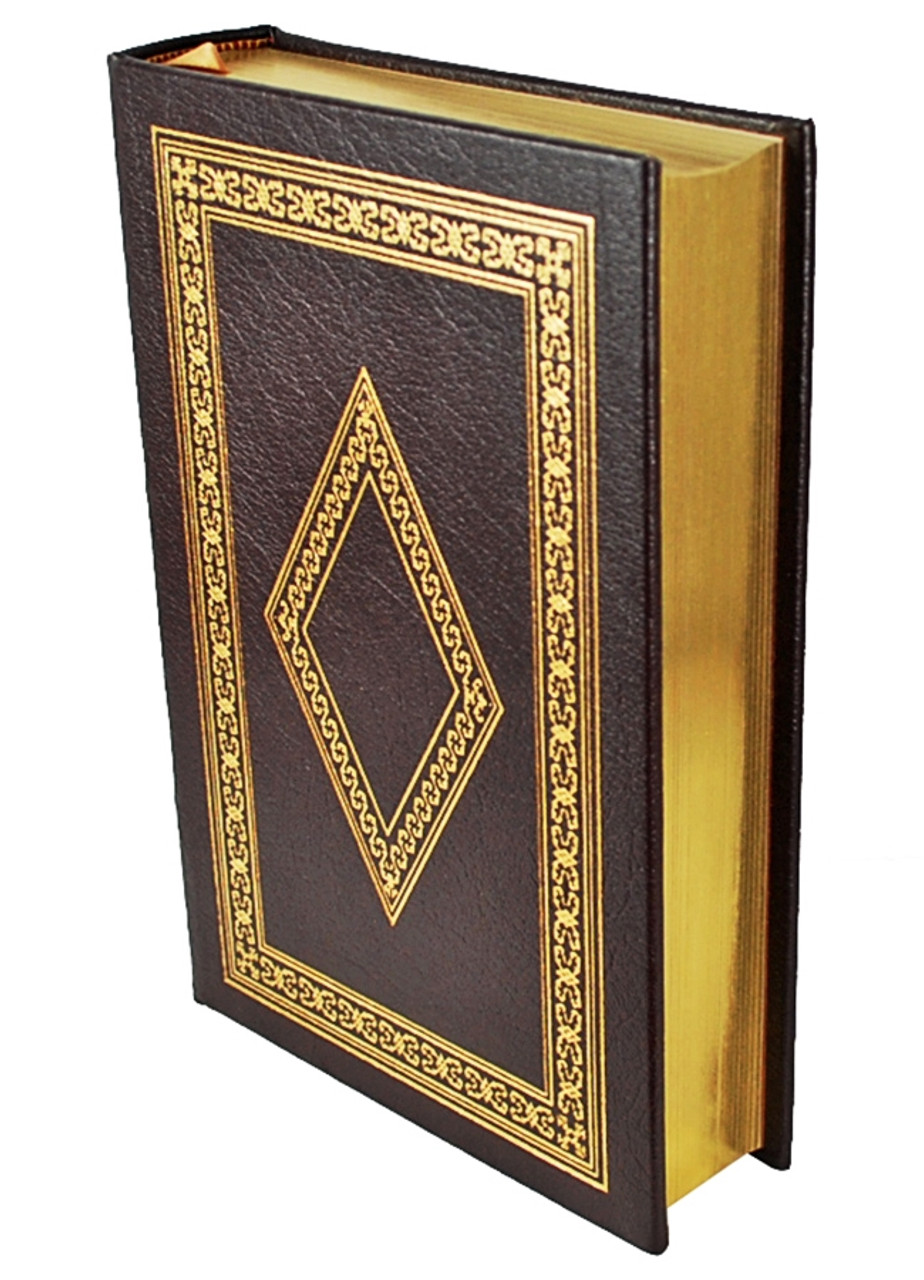 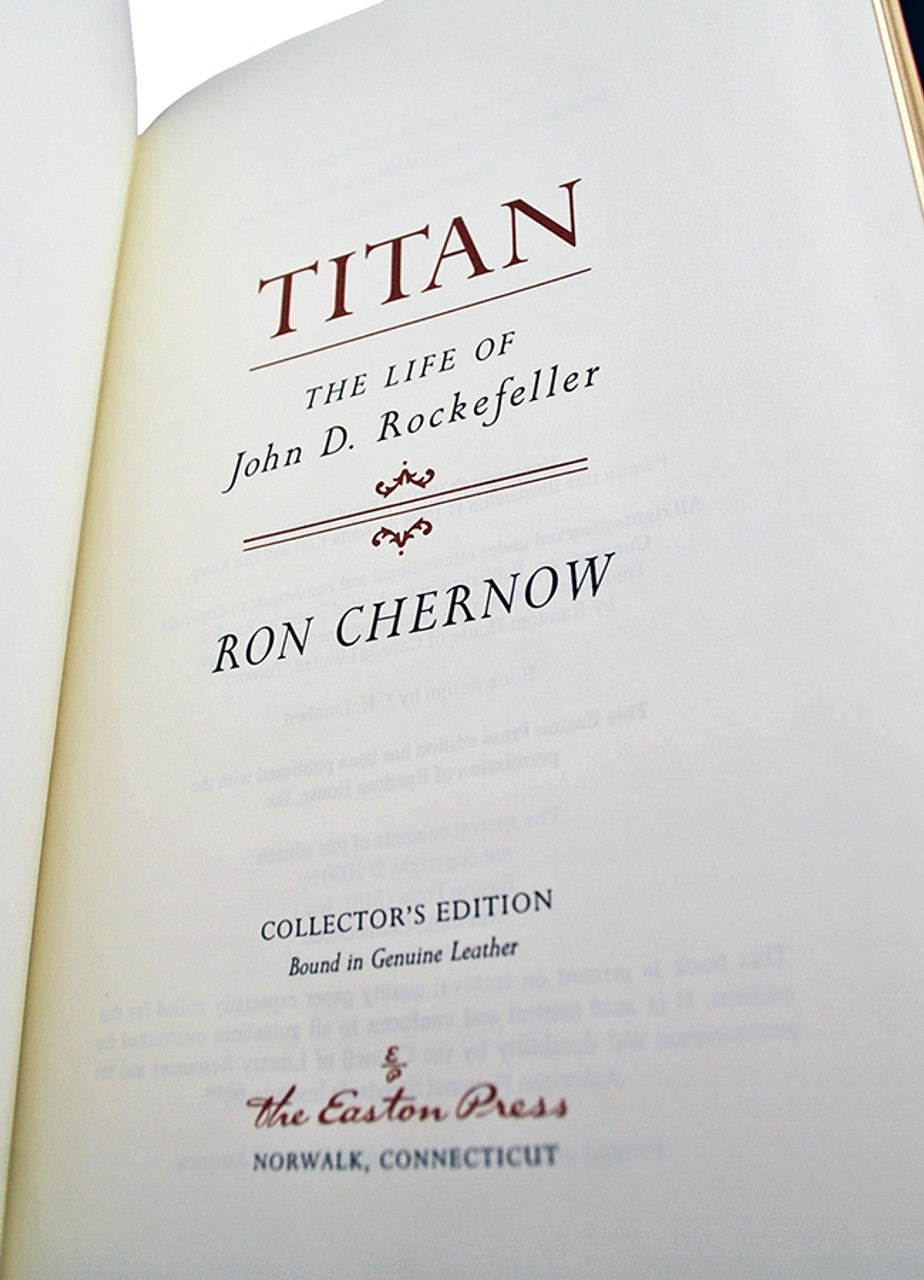 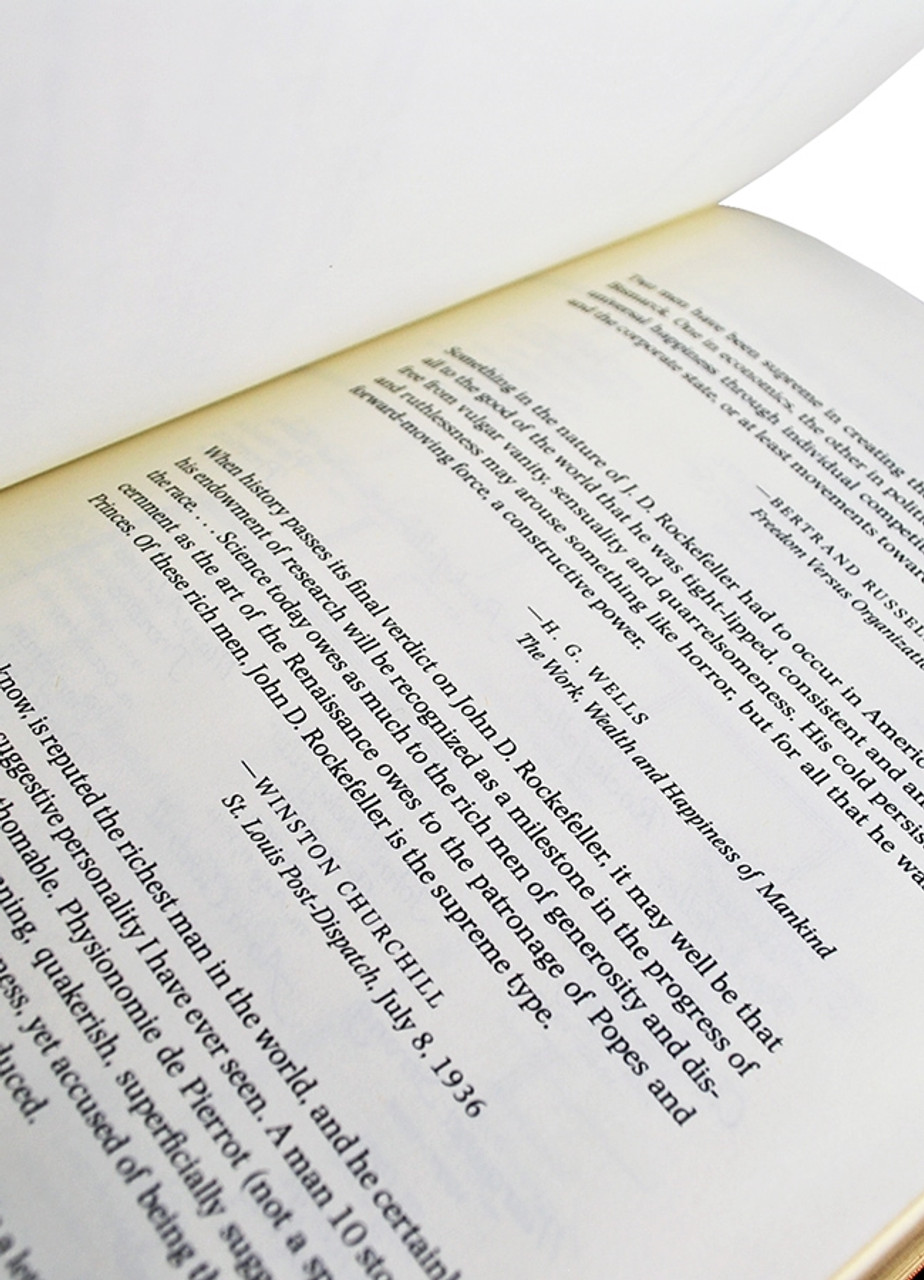 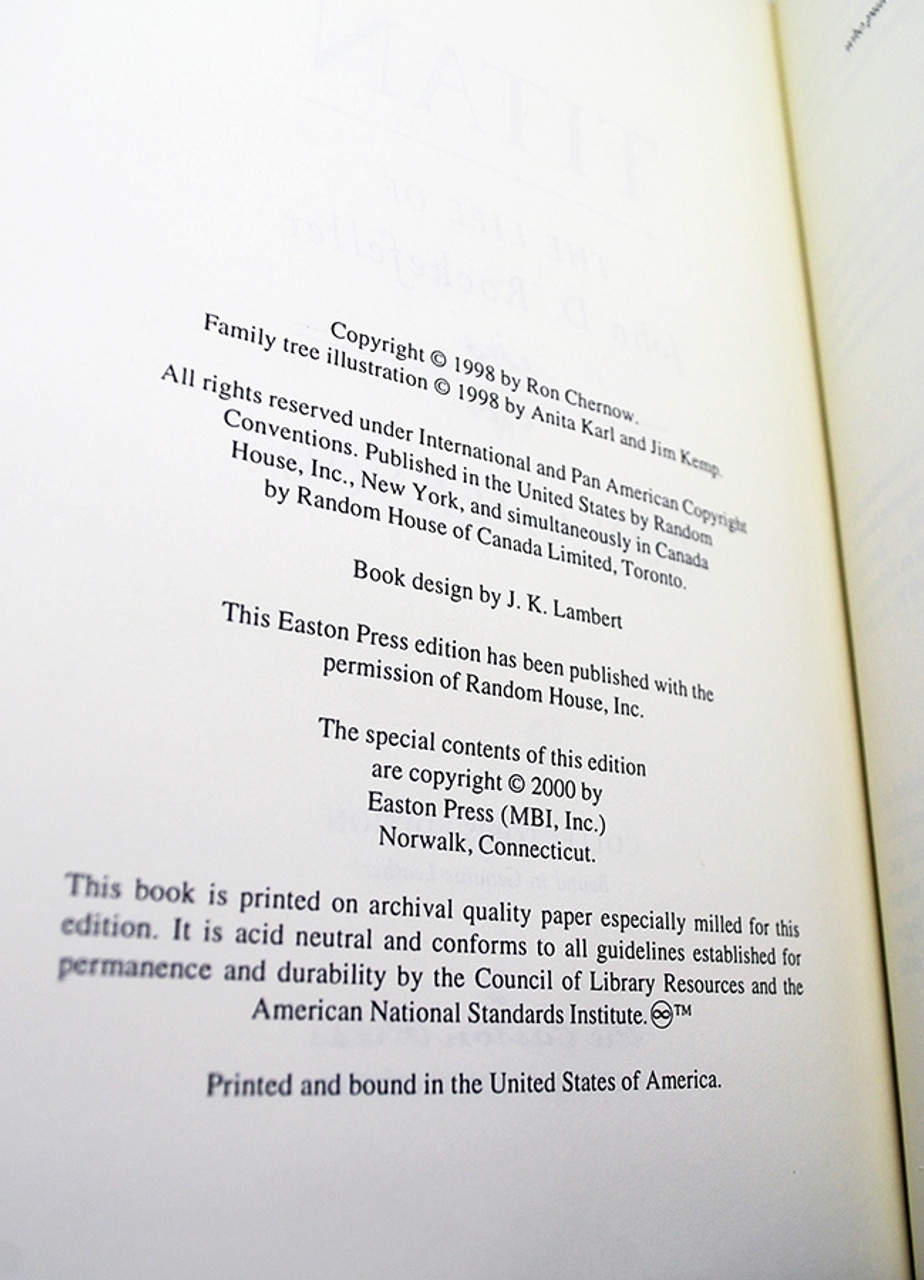 A rare Easton Press leather bound book for the collector.

John Davison Rockefeller Sr. (July 8, 1839 – May 23, 1937) was an American oil industry business magnate, industrialist, and philanthropist. He is widely considered the wealthiest American of all time, and the richest person in modern history.

Rockefeller was born into a large family in upstate New York and was shaped by his con man father and religious mother. His family moved several times before eventually settling in Cleveland, Ohio. Rockefeller became an assistant bookkeeper at the age of 16, and went into a business partnership with Maurice B. Clark and his brothers at 20. After buying them out, he and his brother William founded Rockefeller & Andrews with Samuel Andrews. Instead of drilling for oil, they concentrated on oil refining. In 1867, Henry Flagler entered the partnership. The Rockefeller, Andrews & Flagler company grew by taking-over local refineries. Rockefeller formally founded his most famous company, the Standard Oil Company, Inc., in 1870 as an Ohiopartnership with William, Flagler, Andrews, Jabez A. Bostwick, and a silent partner, Stephen V. Harkness. He ran it until 1897.

Ronald "Ron" Chernow (born March 3, 1949) is an American writer, journalist, historian, and biographer. He has written bestselling and award-winning biographies of historical figures from the world of business, finance, and American politics.

He won the 2011 Pulitzer Prize for Biography and the 2011 American History Book Prize for his 2010 book, Washington: A Life. He is also the recipient of the National Book Award for Nonfiction for his 1990 book, The House of Morgan: An American Banking Dynasty and the Rise of Modern Finance.[1] His biographies of Alexander Hamilton (2004) and John D. Rockefeller(1998) were both nominated for National Book Critics Circle Awards, while the former served as the inspiration for the Hamilton musical, for which Chernow worked as a historical consultant. Another book, The Warburgs: The Twentieth-Century Odyssey of a Remarkable Jewish Family, was honored with the 1993 George S. Eccles Prize for Excellence in Economic Writing. As a freelance journalist, he has written over 60 articles in national publications.


A wonderful bright clean copy free of any markings, writings, or stamps. Sharp corners that have not been bumped. Tight binding. No bookplates attached or indication of any removed. The gilded page edges are free of any marks, scratches, or blemishes.

Theodore Roosevelt (1858 - 1919) was the 26th president of the United States and a noted sportsman and naturalist. We have him to thank for our national park system, and the preservation and...