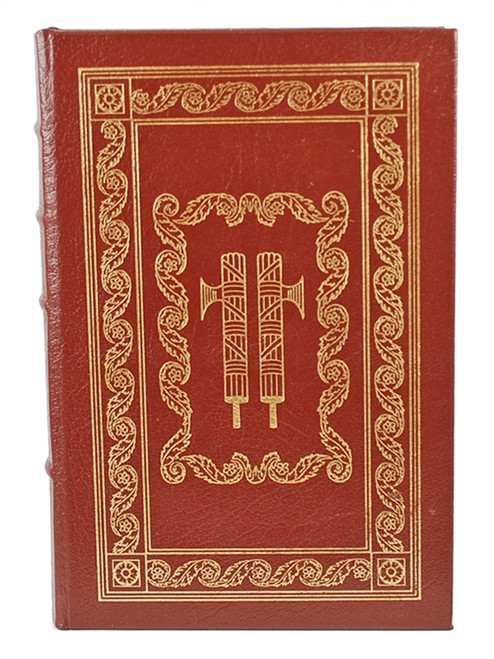 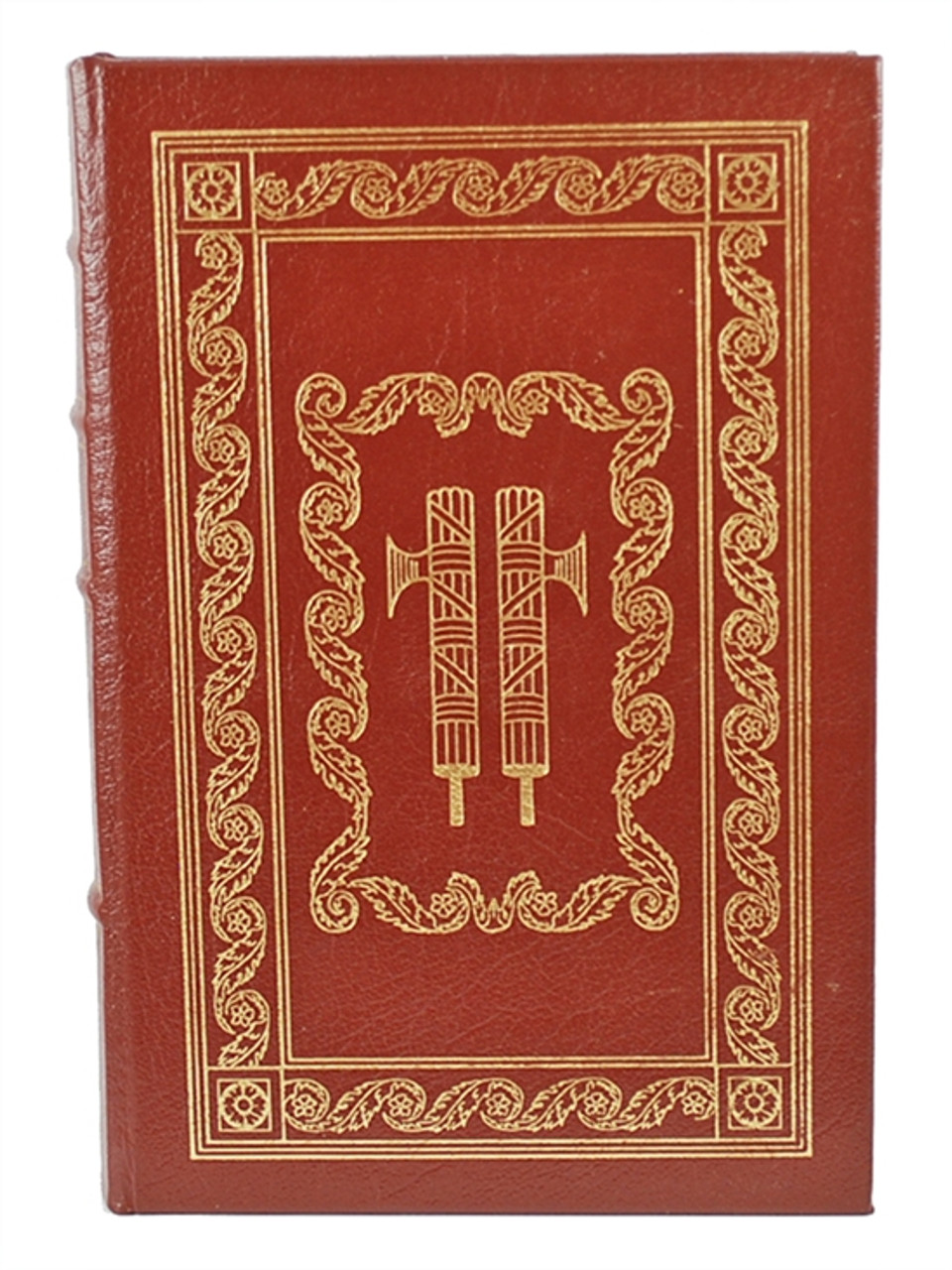 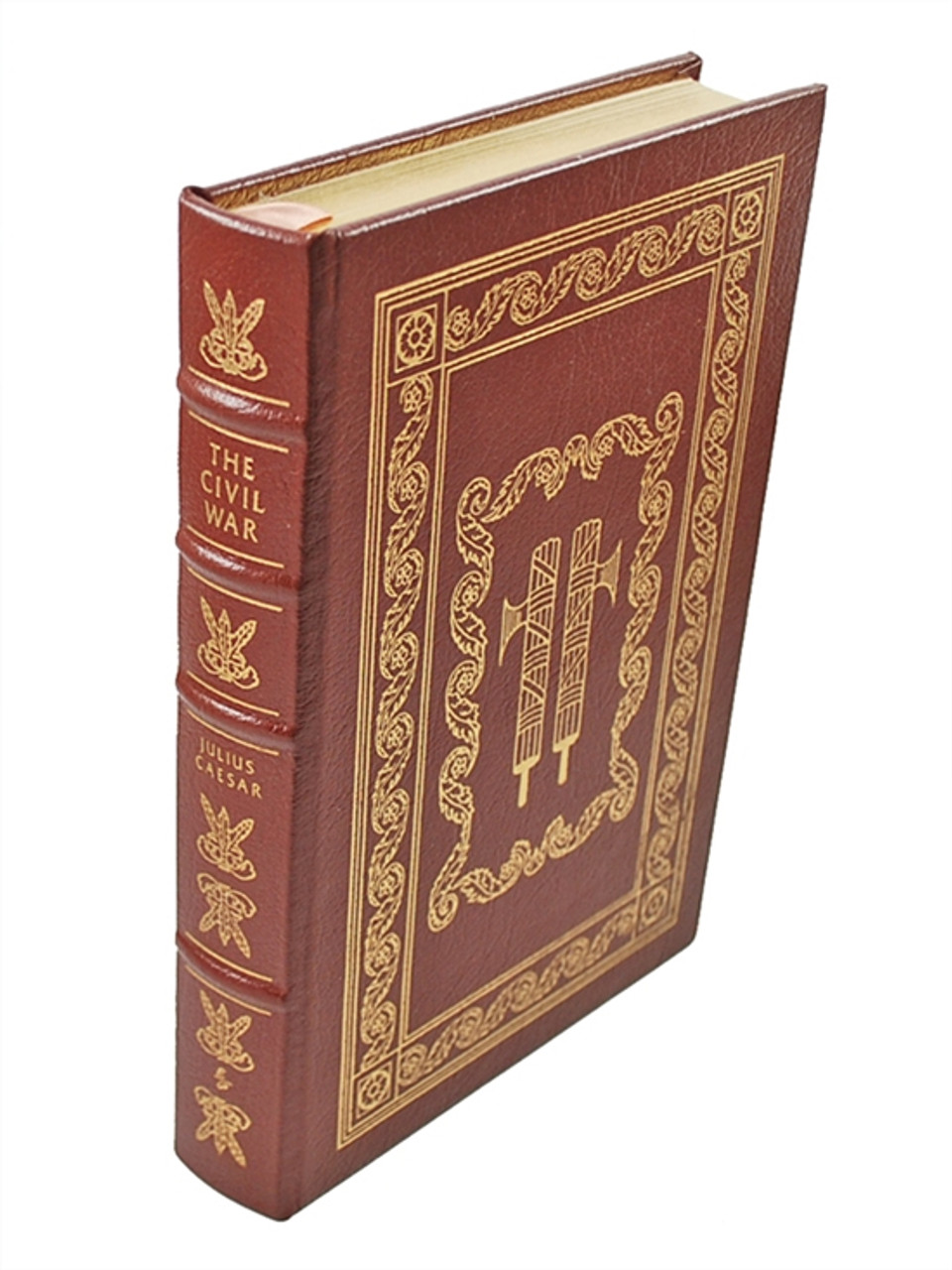 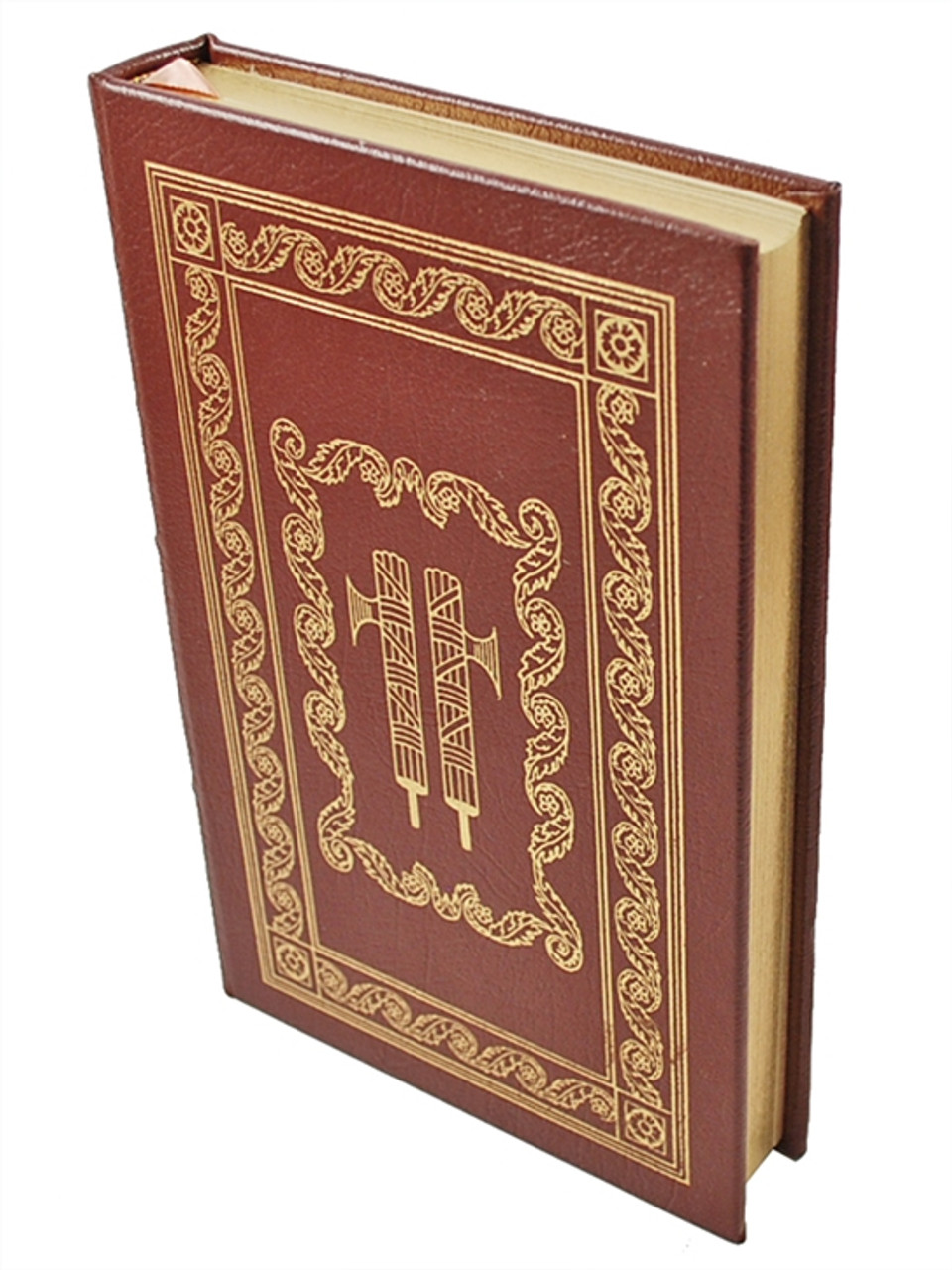 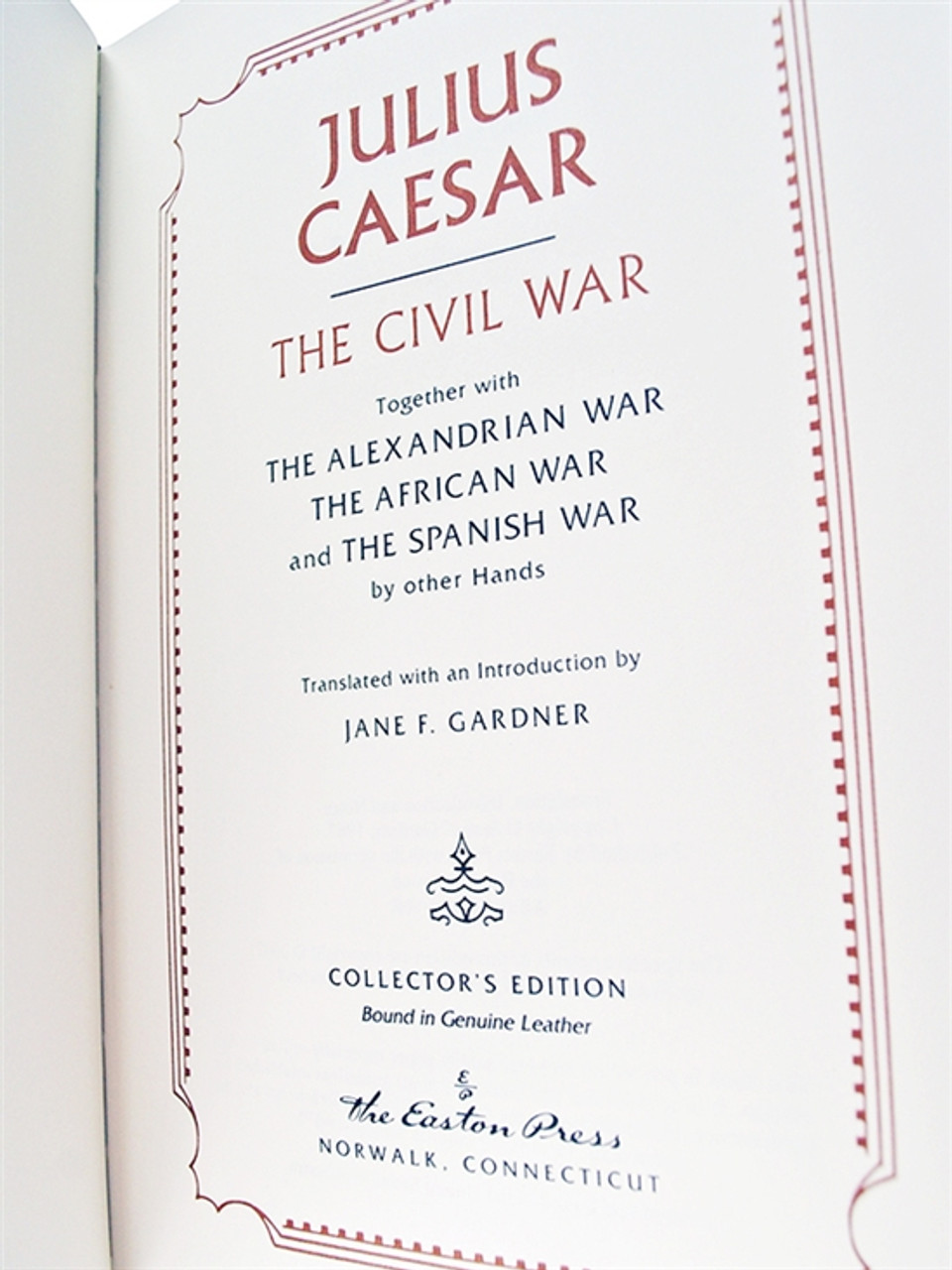 Easton Press, Norwalk, CT. 2002. "The Civil War" by Julius Caesar, together with The Alexandrian War, The African War, and The Spanish war, by other hands. Translated with an introduction by Jane F. Gardner. Easton Press collector's edition bound in full genuine leather.


Condition: Very Fine. A wonderful bright clean copy free of any markings, writings, or stamps inside the book. See photos. Sharp corners that have not been bumped. Tight binding, most likely an unread book.


About the book:
A military leader of legendary genius, Caesar was also a great writer, recording the events of his life with incomparable immediacy and power. "The Civil War" is a tense and gripping depiction of his struggle with Pompey over the leadership of Republican Rome - a conflict that spanned the entire Roman world, from Gaul and Spain to Asia and Africa. Where Caesar's own account leaves off in 48 BC, his lieutenants take up the history, describing the vital battles of Munda, Spain and Thapsus, and the installation of Cleopatra, later Caesar's mistress, as Queen of Egypt. Together these narratives paint a full picture of the events that brought Caesar supreme power - and paved the way for his assassination only months later.


About the Authors:
Gaius Julius Caesar was born in 100BC into an ancient patrician family. He was imprisoned for a time with his familly, for protesting against the then leadership of Sulla, but advanced slowly through the sixties rising to the rank of praetor and forming the 'first triumvirate' with Pompey and Crassus. Elected consul in 59BC, he then became Governor for Transalpine Gaul. After the death of Crassus and the defeat of Pompey in 45BC, Caesar returned to Rome as dictator. He was assassinated in March 44BC.

Jane Gardner received degrees in Classics from Glasgow and Oxford Universities and was Senior Lecturer in Classics at Reading University. She is the author of, among others, Women in Roman Law and Society and The Roman Household: A Sourcebook.