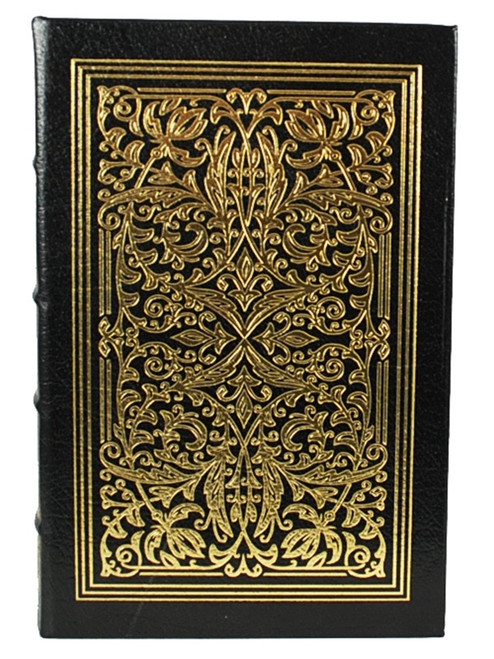 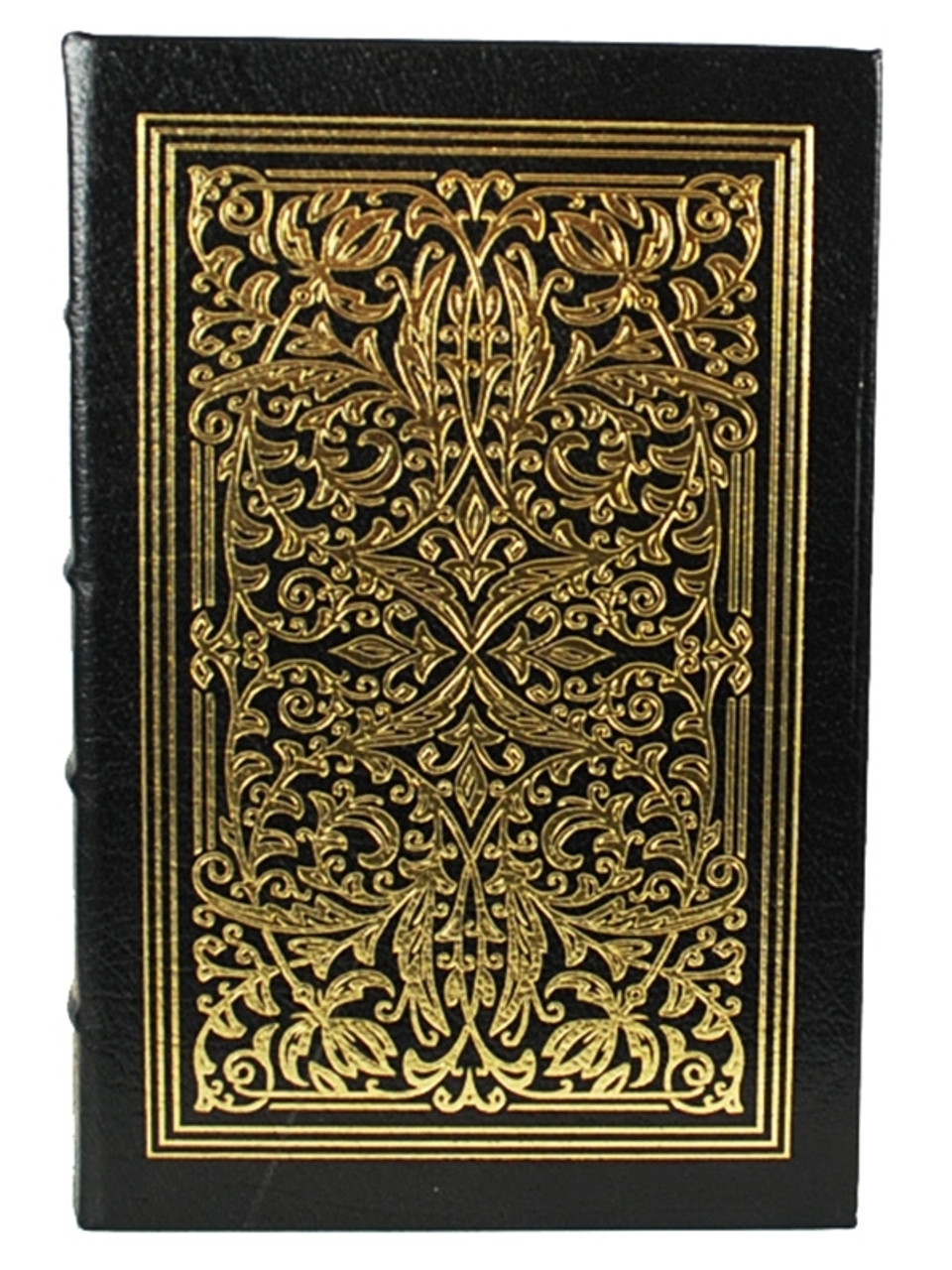 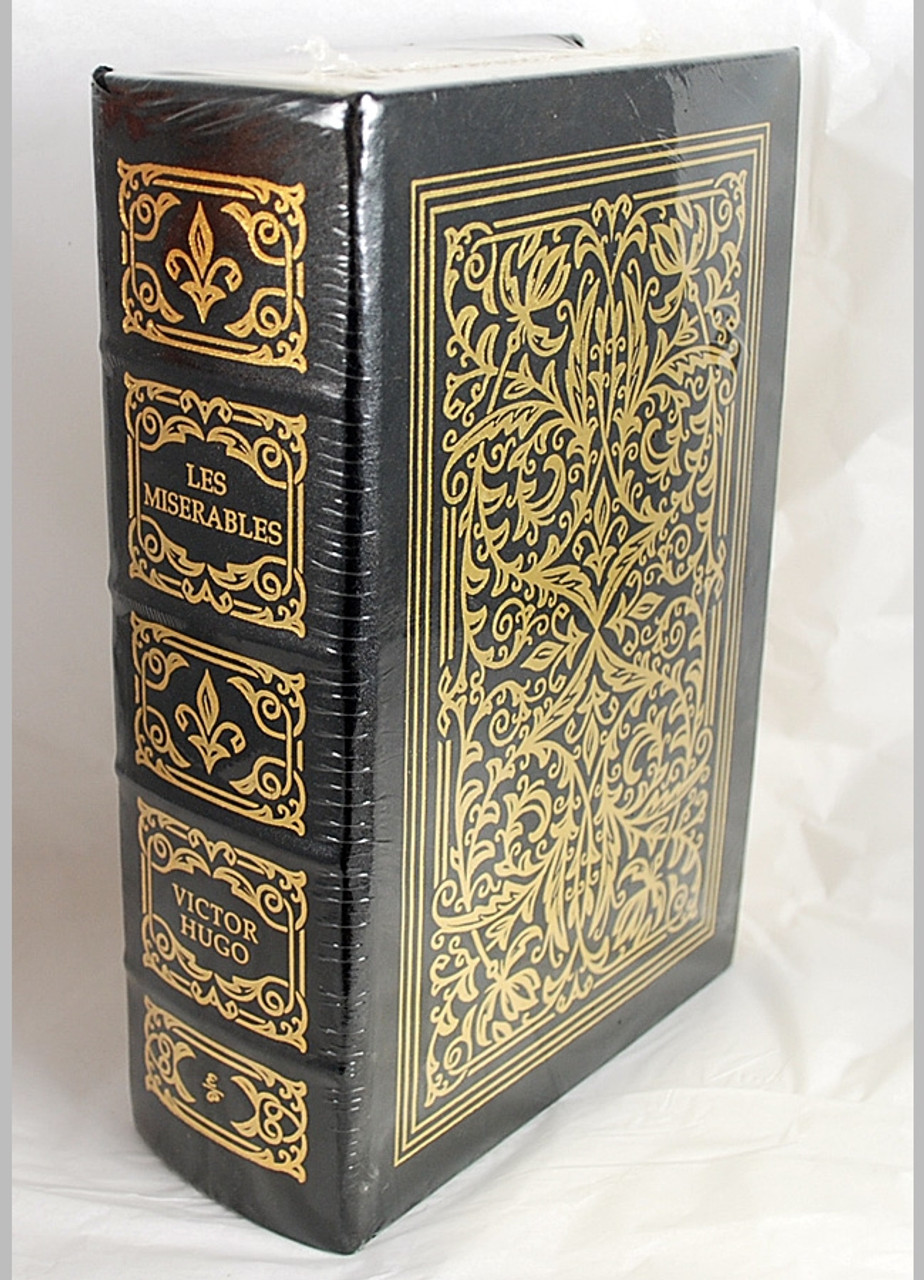 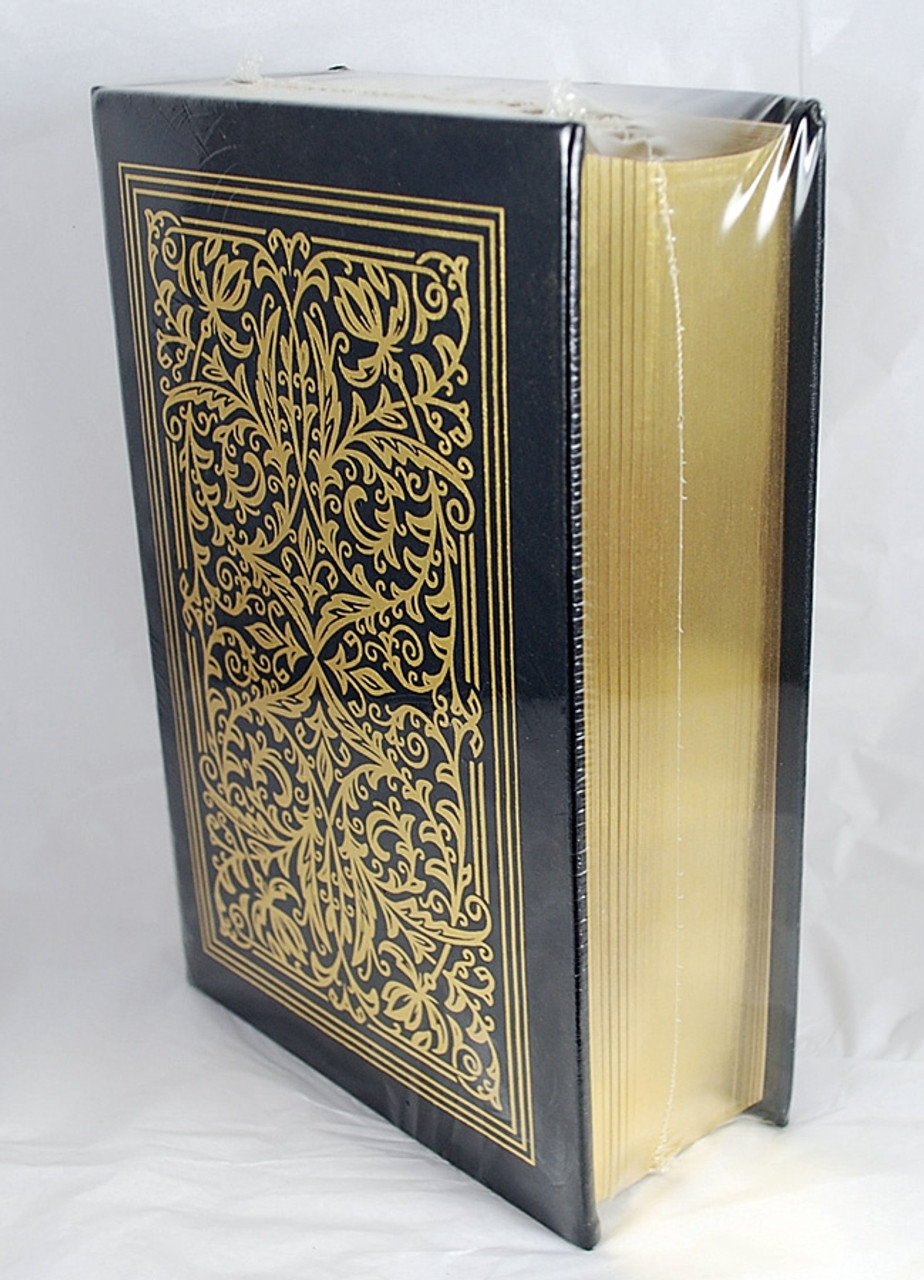 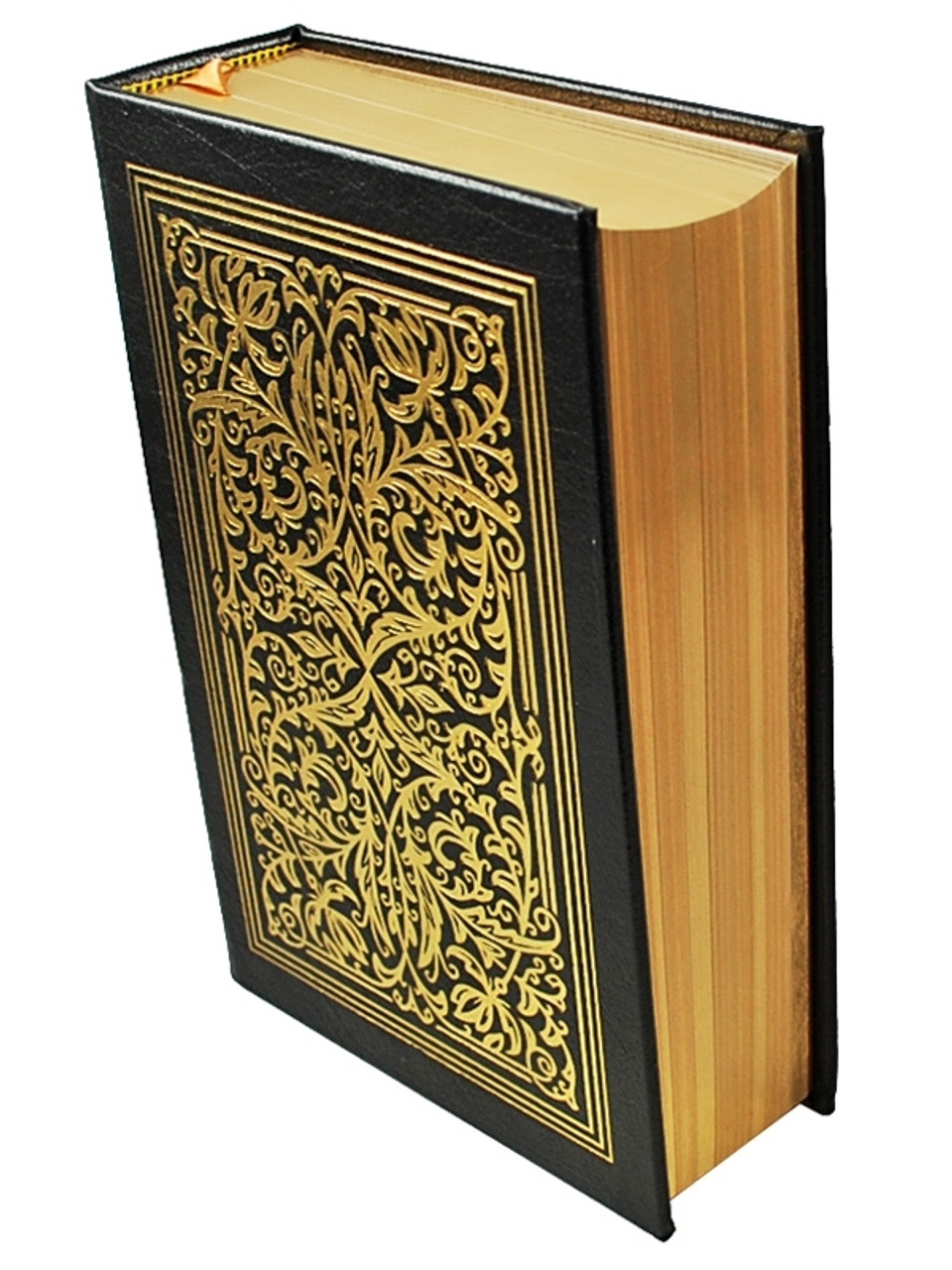 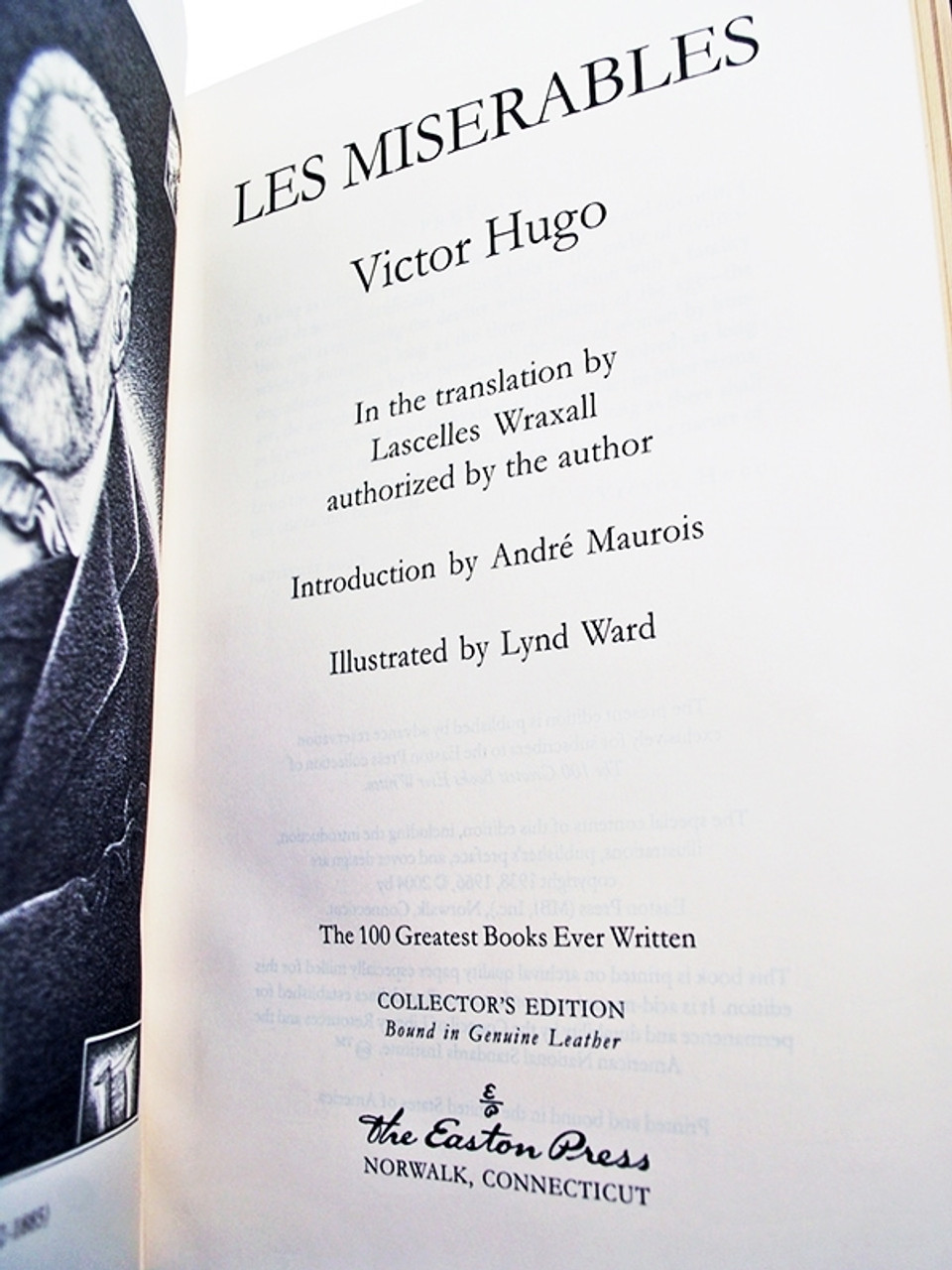 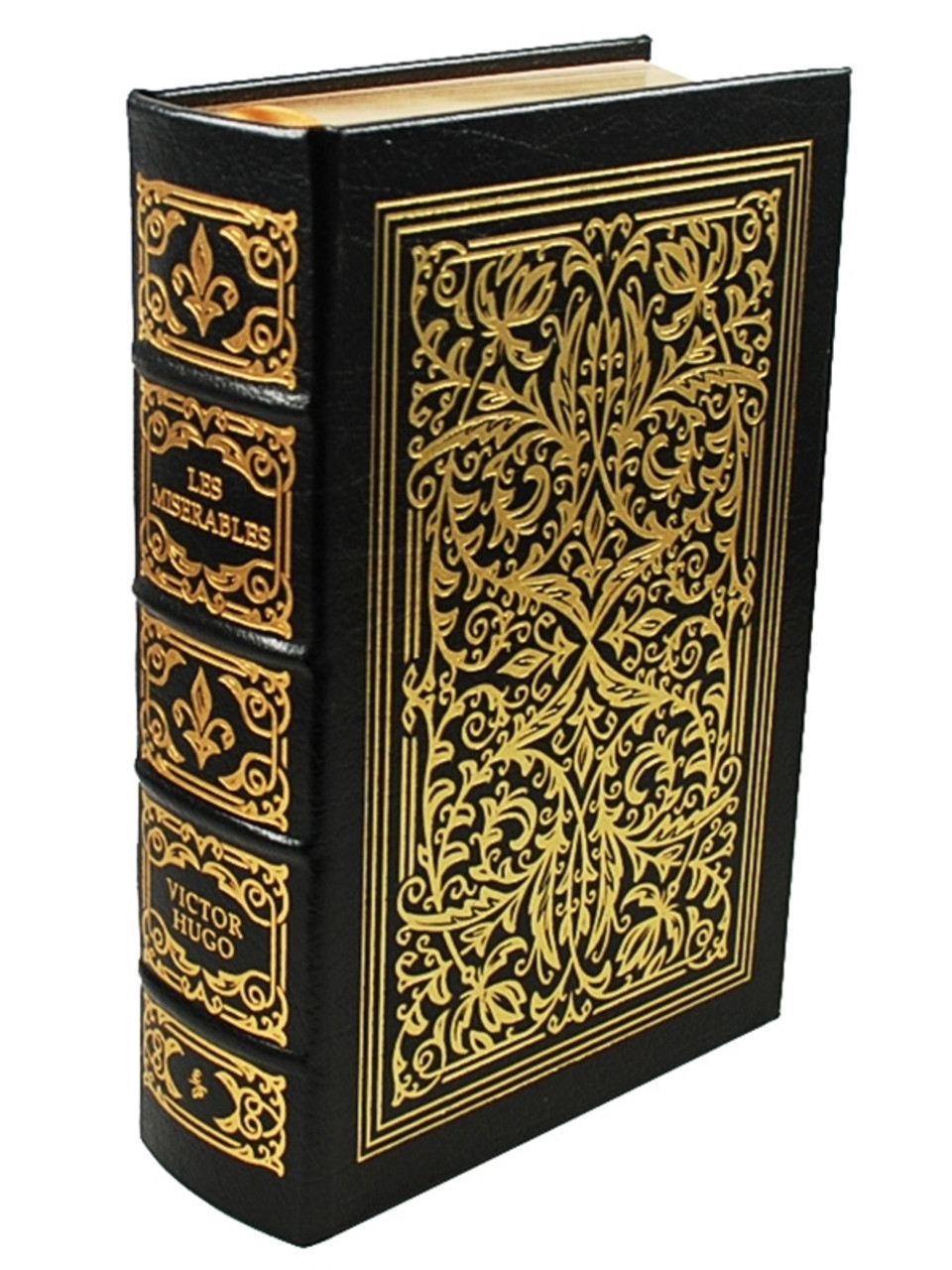 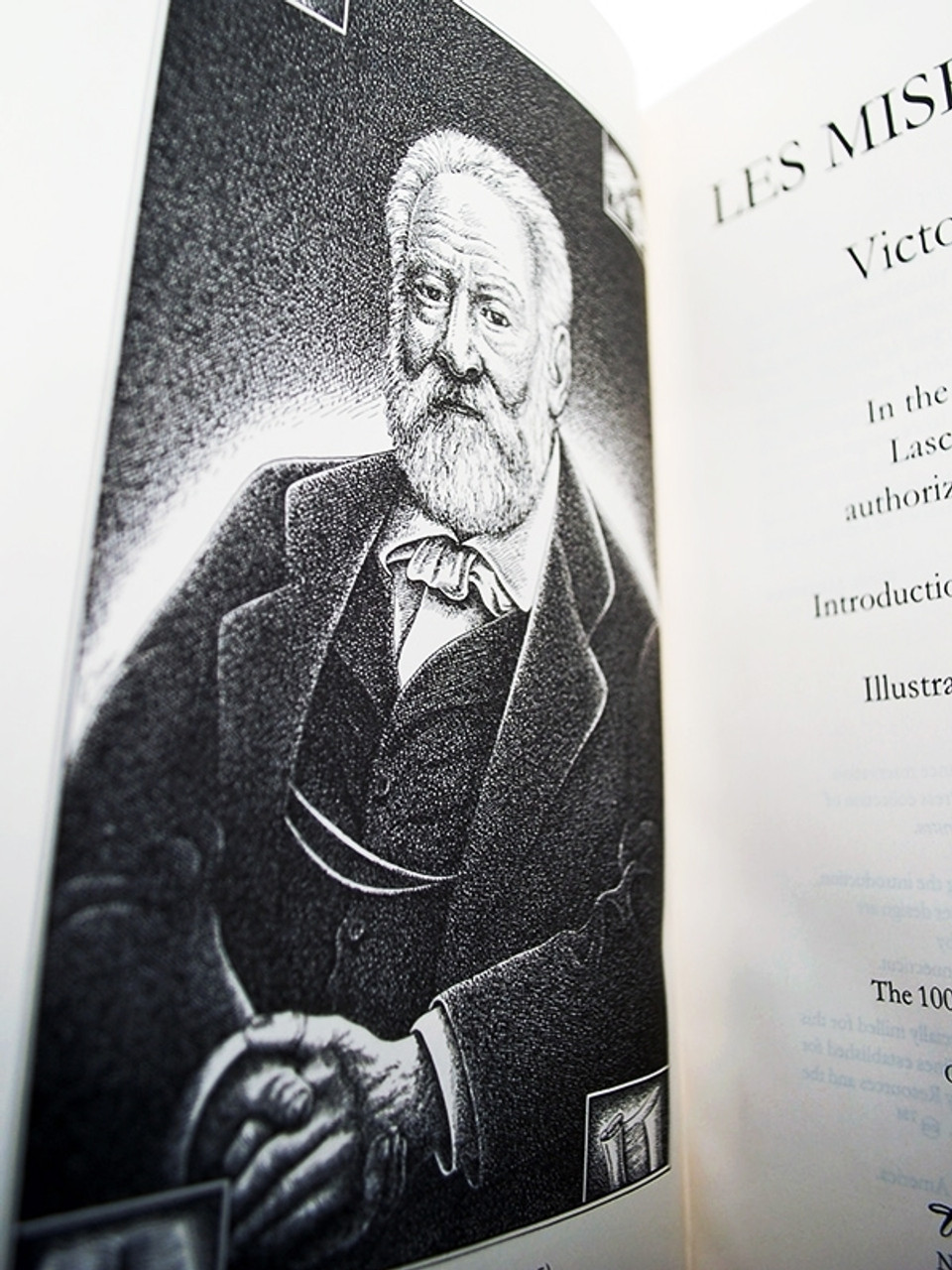 Easton Press, Norwalk CT. "Les Miserables" by Victor Hugo. Limited Edition - Collector's Edition. A great unique gift that is luxuriously bound in full genuine leather. Part of the 100 Greatest Books Ever Written published by Easton Press. This book has been beautifully illustrated by the artist. One of the most celebrated works of popular horror literature by a historical writer. Sealed in the original shrink-wrap. Very Fine without any flaws.

Introducing one of the most famous characters in literature, Jean Valjean—the noble peasant imprisoned for stealing a loaf of bread—Les Misérables ranks among the greatest novels of all time. In it, Victor Hugo takes readers deep into the Parisian underworld, immerses them in a battle between good and evil, and carries them to the barricades during the uprising of 1832 with a breathtaking realism that is unsurpassed in modern prose.

Within his dramatic story are themes that capture the intellect and the emotions: crime and punishment, the relentless persecution of Valjean by Inspector Javert, the desperation of the prostitute Fantine, the amorality of the rogue Thénardier, and the universal desire to escape the prisons of our own minds. Les Misérables gave Victor Hugo a canvas upon which he portrayed his criticism of the French political and judicial systems, but the portrait that resulted is larger than life, epic in scope—an extravagant spectacle that dazzles the senses even as it touches the heart.

Les Misérables is a French historical novel by Victor Hugo, first published in 1862, that is considered one of the greatest novels of the 19th century. In the English-speaking world, the novel is usually referred to by its original French title. However, several alternatives have been used, including The Miserable, The Wretched, The Miserable Ones, The Poor Ones, The Wretched Poor, The Victims and The Dispossessed. Beginning in 1815 and culminating in the 1832 June Rebellion in Paris, the novel follows the lives and interactions of several characters, particularly the struggles of ex-convict Jean Valjean and his experience of redemption.

Examining the nature of law and grace, the novel elaborates upon the history of France, the architecture and urban design of Paris, politics, moral philosophy, antimonarchism, justice, religion, and the types and nature of romantic and familial love. Les Misérables has been popularized through numerous adaptations for the stage, television, and film, including a musical and a film adaptation of that musical.

The appearance of the novel was highly anticipated and advertised. Critical reactions were diverse, but most of them were negative. Commercially, the work was a great success globally.

Victor Hugo (1802–1885) was the son of a high-ranking officer in Napoleon Bonaparte’s Grand Army. A man of literature and politics, he participated in vast changes as France careened back and forth between empire and more democratic forms of government. As a young man in Paris, he became well-known and sometimes notorious for his poetry, fiction, and plays. In 1845, the year that he began writing his masterwork, Les Misérables, the king made him a peer of France, with a seat in the upper legislative body. There he advocated universal free education, general suffrage, and the abolition of capital punishment. When an uprising in 1848 ushered in a republic, he stopped writing Les Misérables and concentrated on politics.

But in 1851, when the president proclaimed himself emperor, Hugo’s opposition forced him into a long exile on the British Channel Islands. There, in 1860, he resumed work on Les Misérables, finishing it the next year. With the downfall of the emperor in 1870, Hugo returned to France, where he received a hero’s welcome as a champion of democracy. At his death in 1885, two million people lined the streets of Paris as his coffin was borne to the Pantheon. There he was laid to rest with every honor the French nation could bestow.

Sealed. A wonderful bright clean copy free of any markings, writings, or stamps. Sharp corners that are not bumped. Tight and square spine. Unread book. No attached bookplates or indication of any removed.