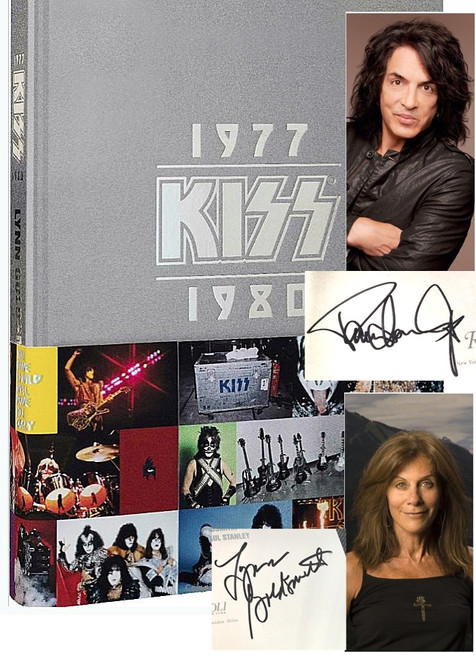 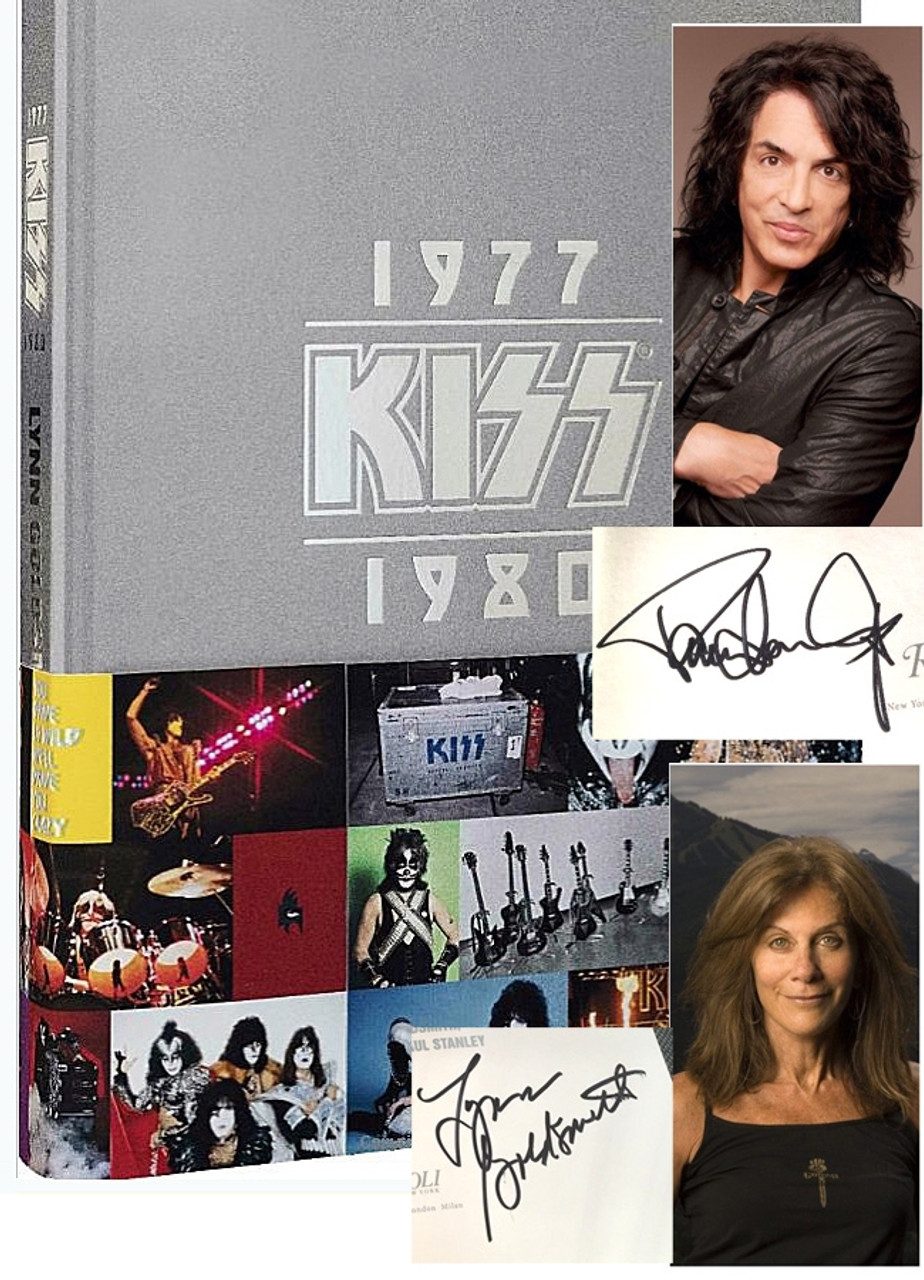 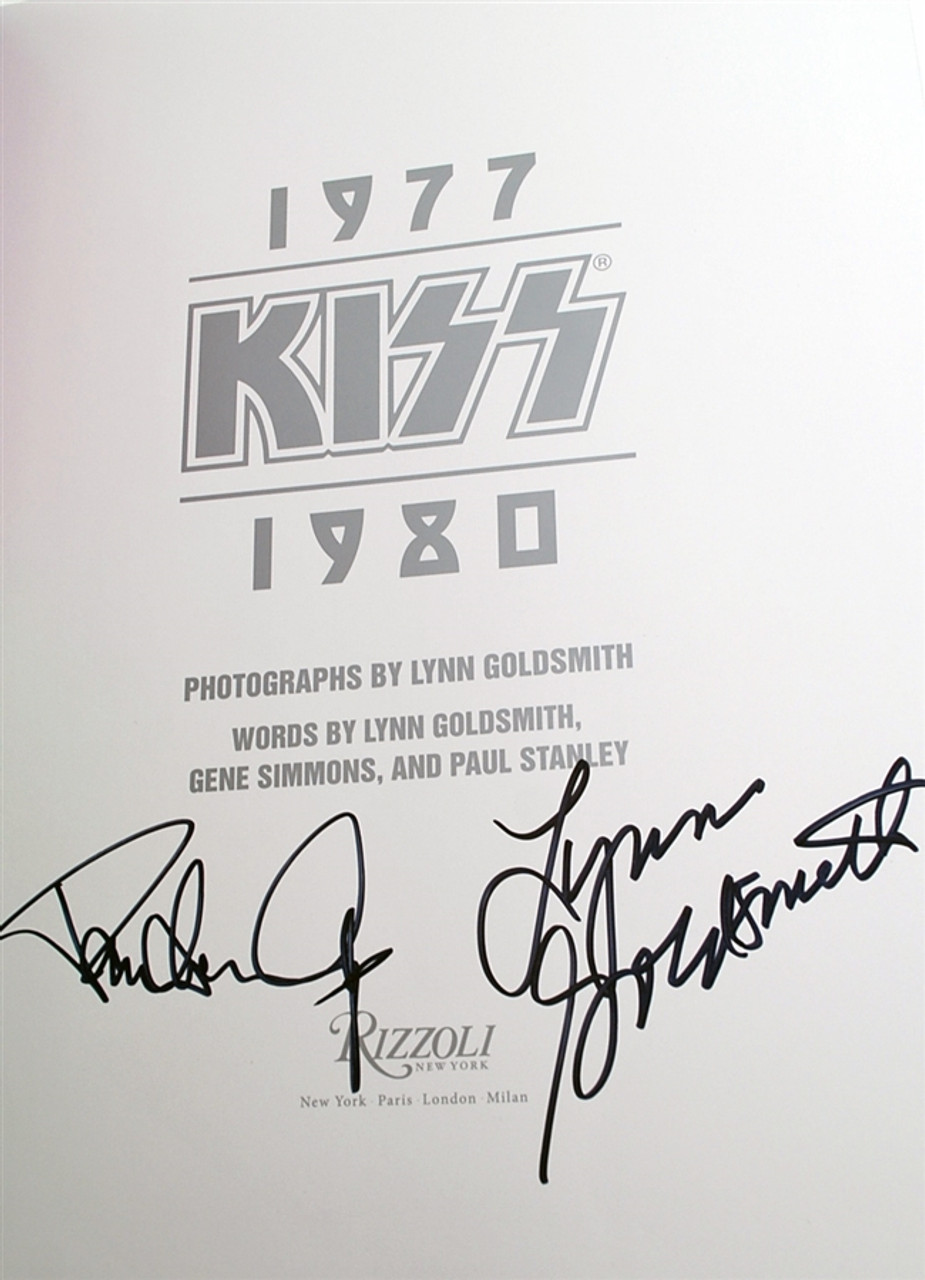 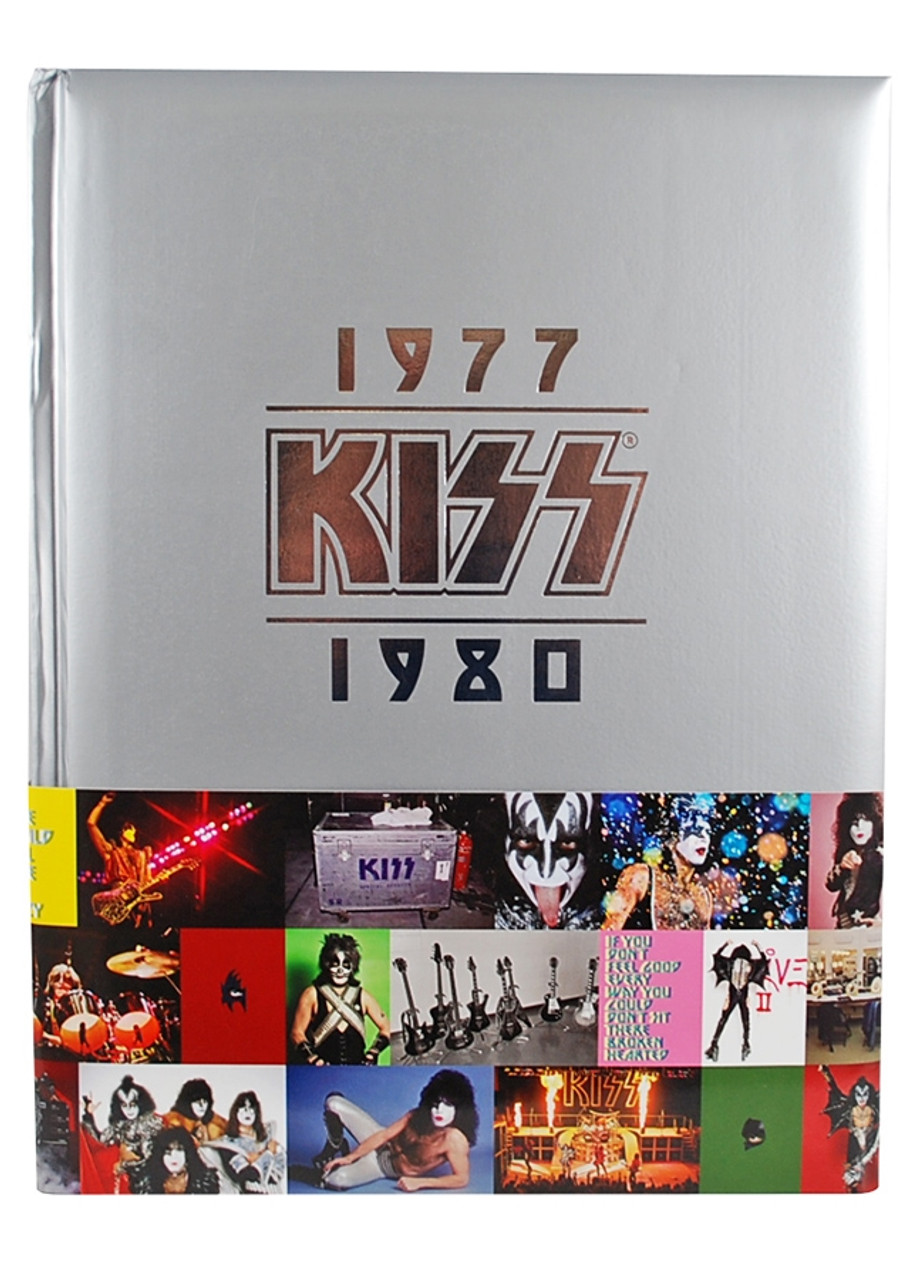 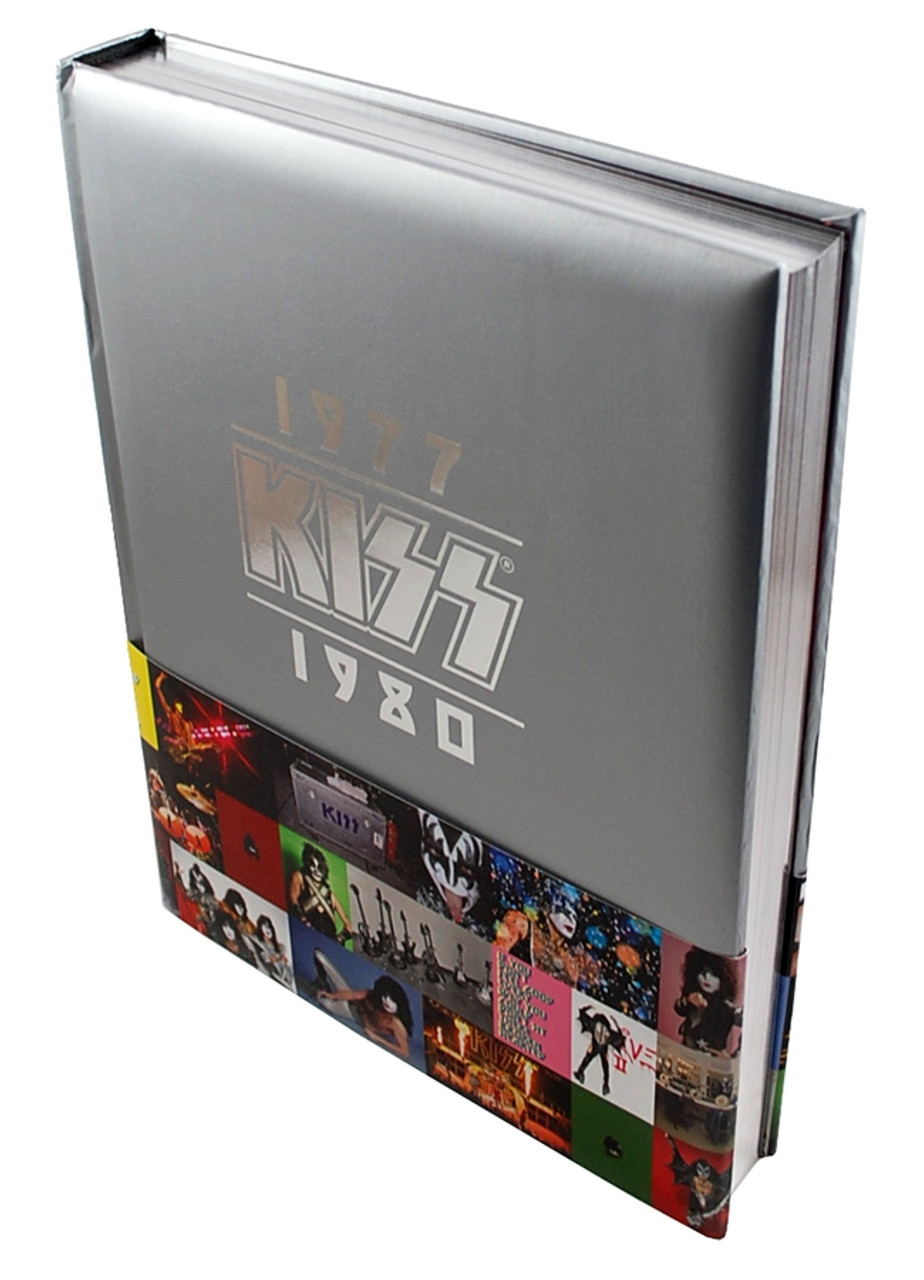 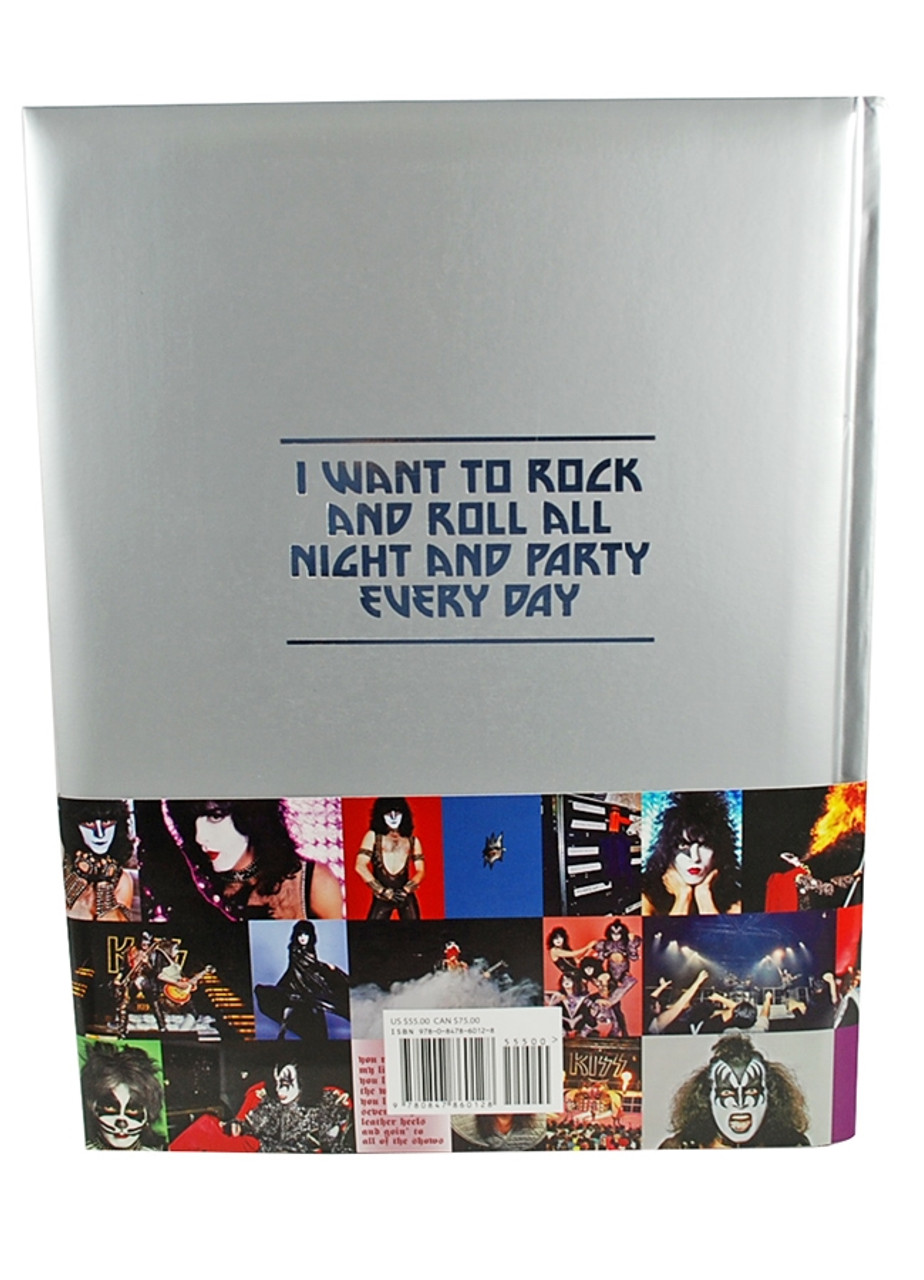 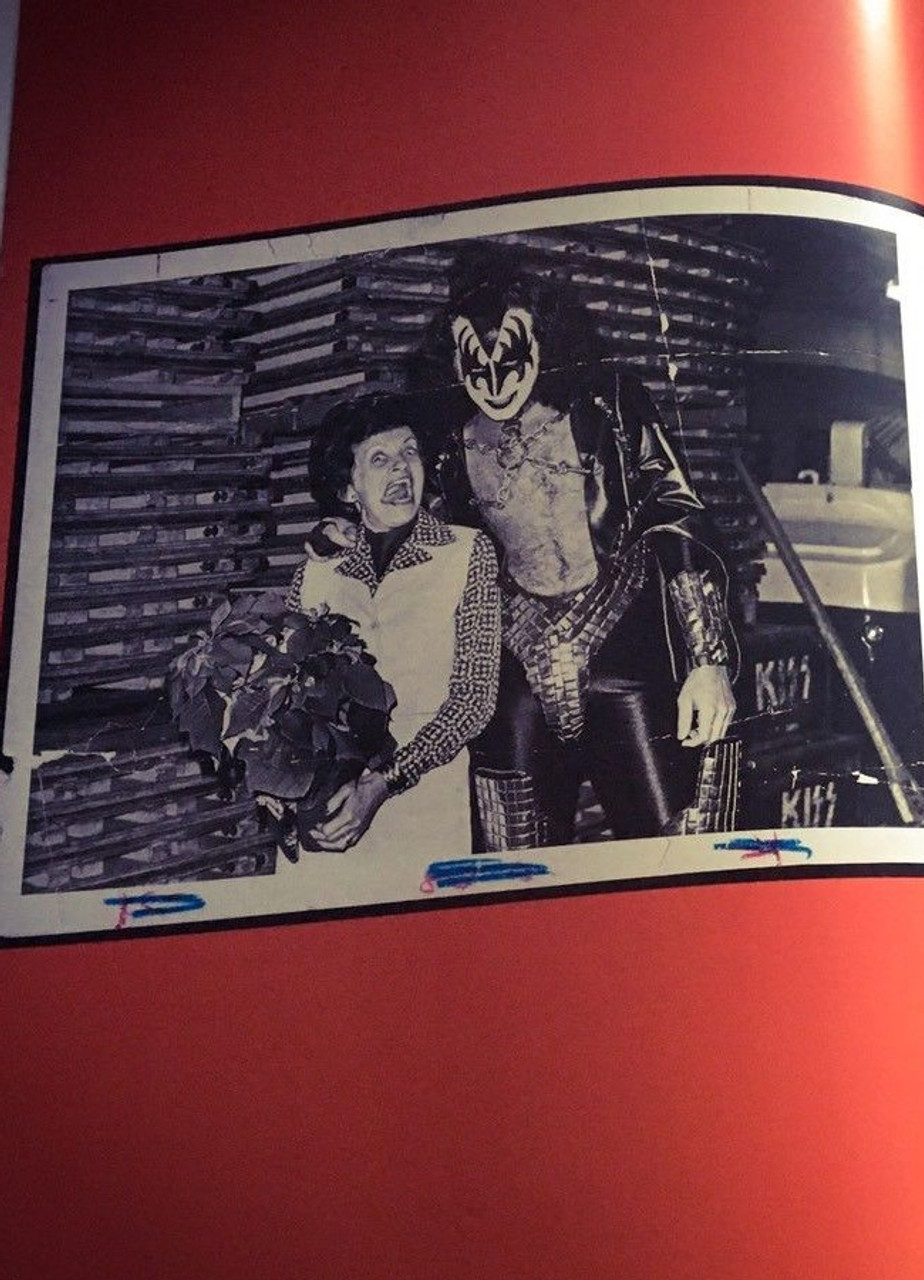 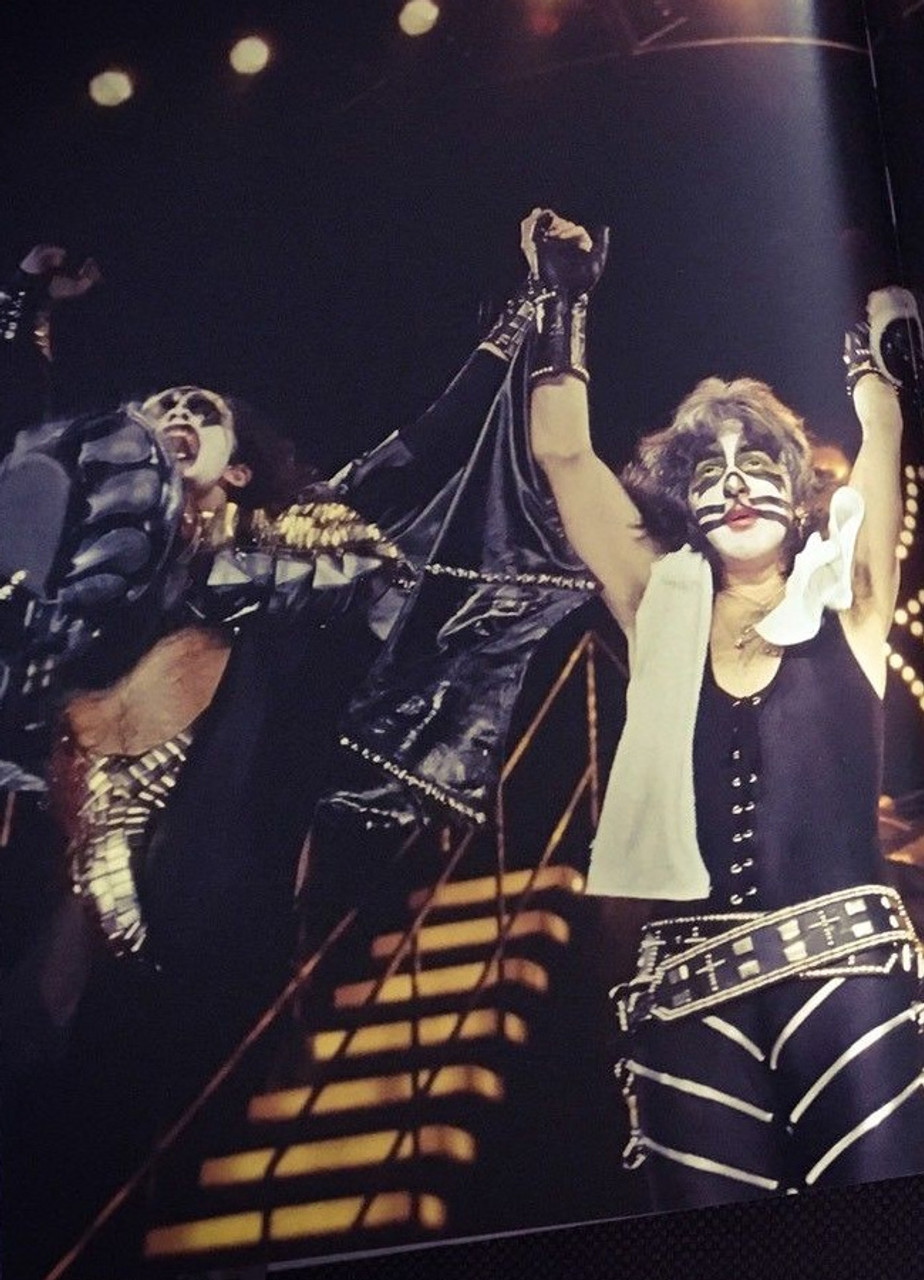 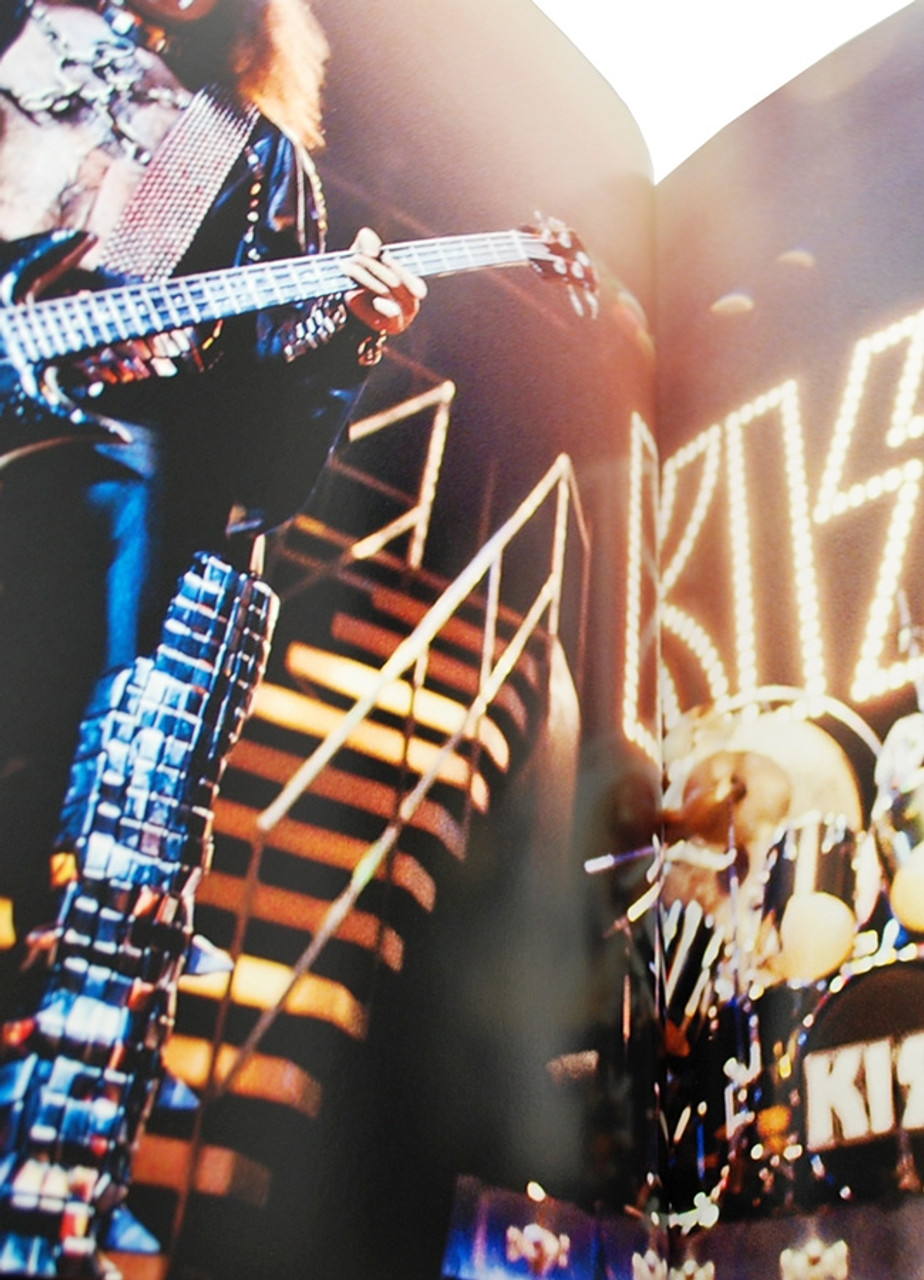 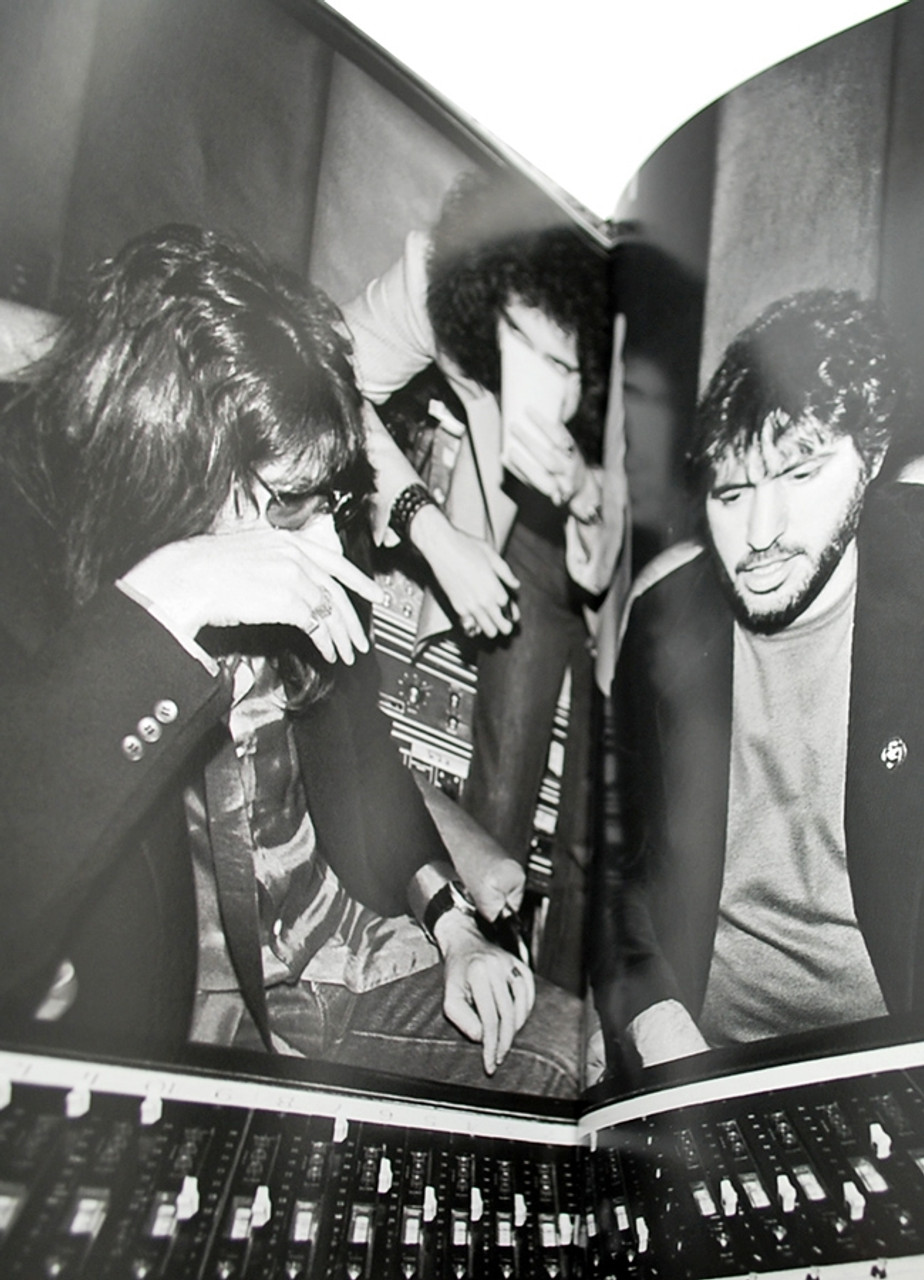 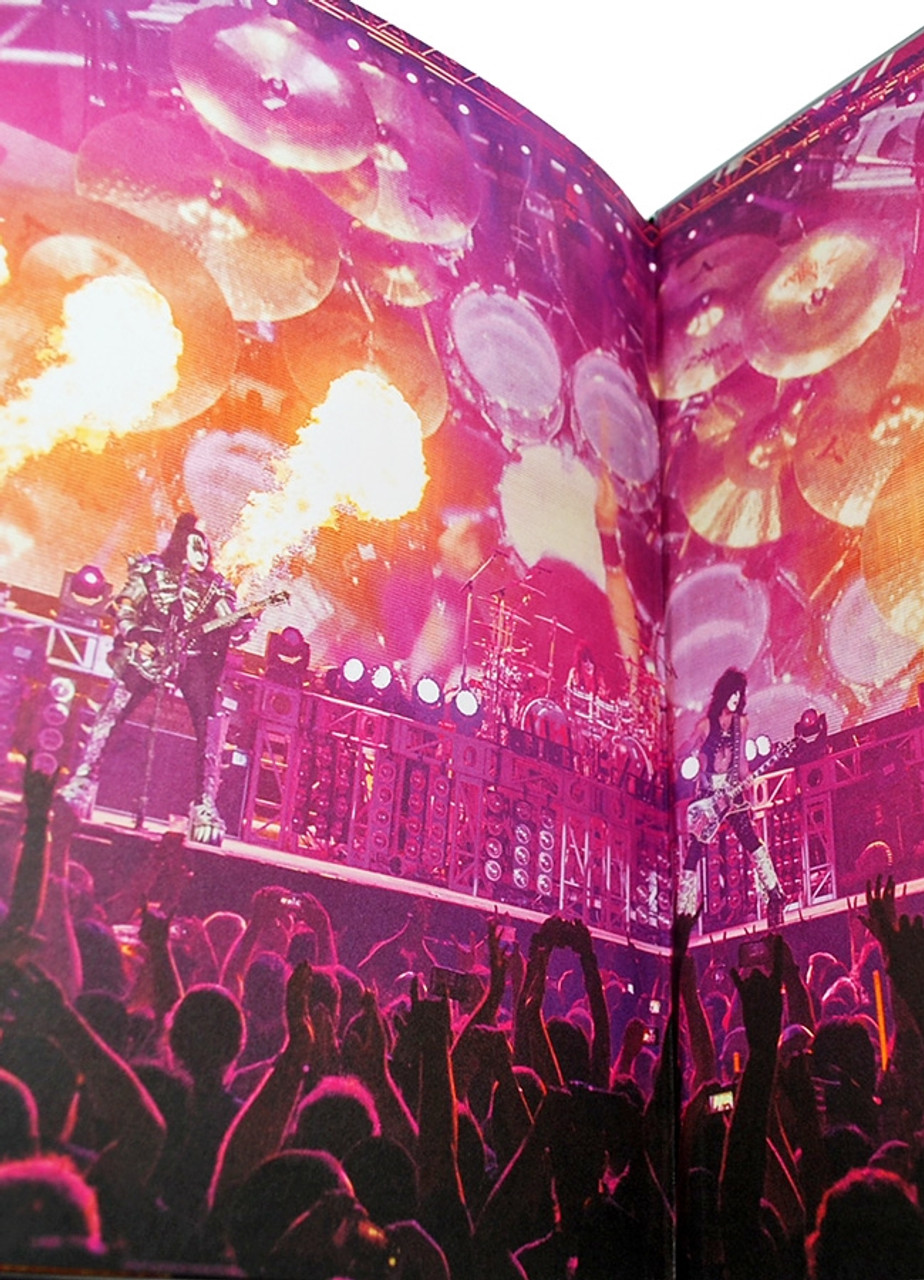 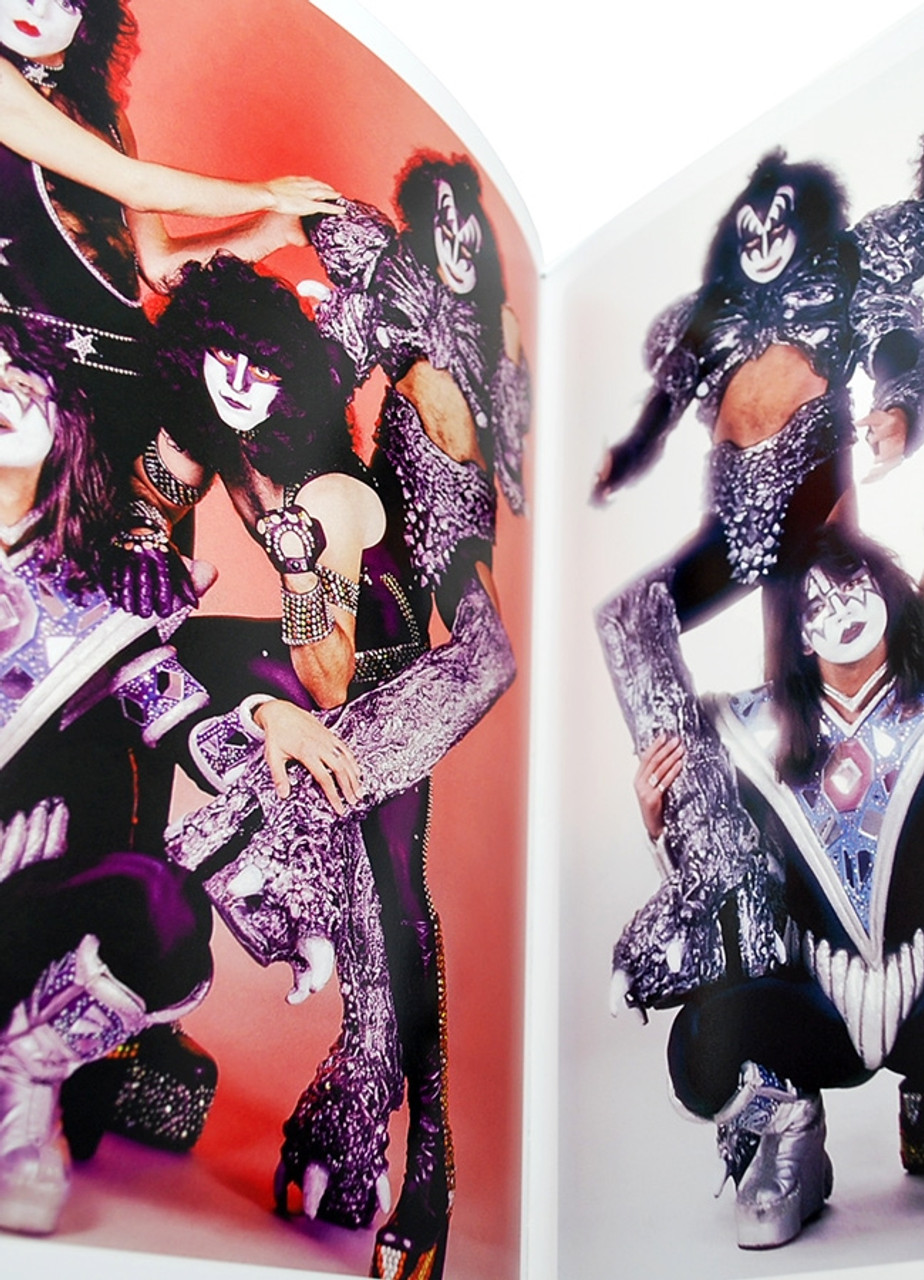 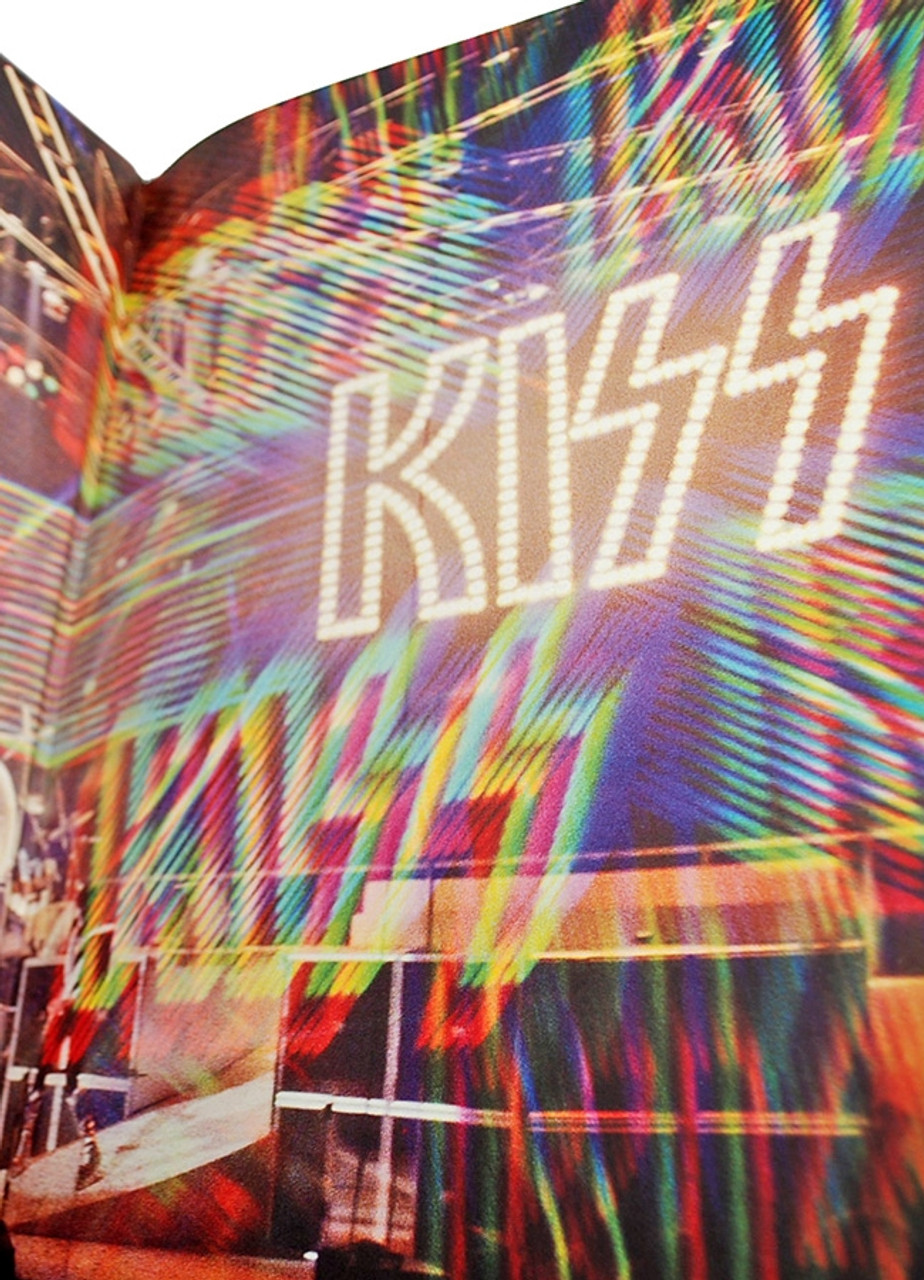 One of only 200 signed copies obtained from the Nov 3rd, 2017 book signing event, the only event planned. Very few of these will become available, making it a highly desirable KISS collectible from the world of Rock & Roll. This is without a doubt one of the nicest KISS collectible signed books in the market place today! A huge coffee table book and a very nice production.

KISS has sold over 100 Million records world-wide. They are in the Rock & Roll Hall of Fame. One of the most iconic bands of all time. This book has been personally signed by the legend himself Paul Stanley.

Published in conjunction with the band, KISS: 1977 – 1980 is the definitive photographic chronicle of KISS at the height of their popularity, showcasing the band on and off stage, in the photo studio, and in unguarded candid moments. From her archive, Goldsmith has compiled fan favorites as well as many never-before-seen photographs, all which perfectly capture the enduring phenomenon that is KISS. Chances are you’ve seen numerous iconic pictures by award-winning photographer Lynn Goldsmith, who has photographed every important rock musician and band of the late twentieth century: The Rolling Stones, Bruce Springsteen, The Police, Talking Heads, Frank Zappa, Bob Dylan, and Patti Smith, among many others.

KISS rose to meteoric prominence with their extravagant live performances featuring fire-breathing, blood spitting, guitars bursting into flames, shooting rockets, levitating drum kits, and pyrotechnic showpieces. With makeup and costumes, Paul Stanley, Gene Simmons, Peter Criss, and Ace Frehleycreated characters and origin stories similar to comic book characters: the Starchild, the Demon, the Space Ace, and the Catman. When put all together, it wasn’t just a stadium rock concert, it was dynamic performance art that is still on the road today!

Goldsmith, Stanley, and Simmons have created this book as a thanks to the KISS Army, many of whom have been devoted to the band for more than 40 years and have brought their children and grandchildren into appreciating the music, as well as the spectacle of the band’s live performances. With a simple matte white laminated padded cover that highlights the KISS logo and edged with gilding, the end result could be compared to a kind of bible, holding the relics that their supporters cherish.

"Get ready to rock and roll all night and party every day—again! In KISS: 1977-1980 (Rizzoli), renowned rock ’n’ roll photojournalist Lynn Goldsmith presents the definite chronicle of the band in its fire-breathing, blood-spitting, kabuki-makeup, goth-stumed glory, with photos of Paul Stanley, Gene Simmons, Peter Criss and Ace Frehley on stage and off, in all their strut and splendor."
—Parade Magazine

About the AuthorLynn Goldsmith’s editorial work has appeared in every major publication world wide. Her fine art work is in numerous collections including The Smithsonian National Portrait Gallery, The Museum of Modern Art, The Chicago Museum of Contemporary Photography, The Rock and Roll Hall of Fame, The Polaroid Collection, The Kodak Collection, etc.

Kiss (often stylized as KISS) is an American rock band formed in New York City in January 1973. Well known for its members’ black and white face paint and flamboyant stage outfits, the group rose to prominence in the mid to late 1970s with their elaborate live performances, which featured fire breathing, blood spitting, smoking guitars, shooting rockets, levitating drum kits and pyrotechnics. Counting the 1978 solo albums, Kiss has been awarded 28 gold albums to date, the most of any American rock band. The band has sold more than 40 million albums in the United States, of which 20 million have been certified by the RIAA and their worldwide sales exceeds 100 million records, making them one of world’s best-selling bands of all time. The original 1973–’80 lineup consisted of Paul Stanley (vocals and rhythm guitar), Gene Simmons (vocals and bass guitar), Ace Frehley (lead guitar and vocals) and Peter Criss (drums and vocals).

With their makeup and costumes, they took on the personas of comic book-style characters: Starchild (Stanley), The Demon (Simmons), Spaceman or Space Ace (Frehley) and Catman (Criss). The band explains that the fans were the ones who ultimately chose their makeup designs. Stanley became the “Starchild” because of his tendency to be referred to as the “starry-eyed lover” and “hopeless romantic”. The “Demon” makeup reflected Simmons’ cynicism and dark sense of humor, as well as his affection for comic books. Frehley’s “Spaceman” makeup was a reflection of his fondness for science fiction and his supposedly being from another planet. Criss’ “Catman” makeup was in accordance with the belief that he had nine lives because of his rough childhood in Brooklyn. Because of creative differences, both Criss and Frehley were out of the group by 1982. The band’s commercial fortunes had waned considerably by that point.

Buoyed by a wave of Kiss nostalgia in the 1990s, the band announced a reunion of the original lineup in 1996. The resulting Kiss Alive/Worldwide/Reunion Tour was the top-grossing act of 1996 and 1997. Criss and Frehley have since left Kiss again, but the band continues with Eric Singer and Tommy Thayer. Stanley and Simmons have remained the only two constant members. Kiss has been named in many “Top” lists. They include Number 10 on VH1’s ‘100 Greatest Artists of Hard Rock’, 9th on ‘The Greatest Metal Bands’ list by MTV, number one on Hit Paraders’s “Top 100 Live Bands”, 56th on VH1’s “100 Greatest Artists Of All Time”, and 26th on Gibson’s “50 Greatest American Rock Bands”. Kiss was nominated for the Rock and Roll Hall of Fame, ten years after becoming eligible.

Lynn Goldsmith's imagery is in numerous collections: The Smithsonian, The Polaroid  Collection, The Kodak Collection, The Museum of Modern Art, The Chicago Museum of  Contemporary Photography, and the permanent collection of Museum Folkwang. She is a  multi-awarded portrait photographer whose work has appeared on and between the covers of Life, Newsweek, Time, Rolling Stone, Sports Illustrated, People, Elle, Interview, The New Yorker, etc.  Her subjects have varied from entertainment personalities to sports stars, from film directors to  authors, from the extra-ordinary to the ordinary man on the street. Her forty years of photography  have not only been an investigation into the nature of the human spirit, but also into the  natural wonders of our planet.

Twelve books of her photography have been published. She has been on The New York Times Best Seller list as well as won two Art Direction awards for them: Titles include Rock and Roll Stories, The Police: 1978-1983, Bruce Springsteen- Access All Areas,  The Police, New Kids, Circus Dreams, PhotoDiary, and  Flower. Lynn's professional achievements are in no way limited to the world of  photography. She is the youngest member ever to be accepted into the DGA (Director's  Guild of America). In 1971, she was the director of Joshua Television, the first company  to do video magnification for rock groups entertaining at large venues. In 1972, she was  a director for the first rock show on network television: ABC's "In Concert". In 1973, Lynn  directed "We're An American Band", the first music documentary to be released as a  theatrical short. In the mid-seventies, Lynn stopped directing to concentrate  fully on photography.   She has been a consistent contributor to the highly acclaimed series of Day in the Life  of books series as well as many other photography collections.

By the early 80's Lynn departed from the worlds of both photography and film, to  become the first ‘optic-music’ artist. Using the a.k.a. Will Powers, she produced the album  "Dancing For Mental Health" on Island Records. Lynn’s written songs with recording  artists Sting, Steve Winwood, Todd Rundgren and Nile Rodgers. Her debut  album won critical acclaim and her single, Kissing With Confidence, reached #3 on the  British charts. As was her plan, the videos from the album which she produced and  directed became more than commercials for the record. They were used by the  United States Department of Labor to inspire unemployed youths, and by the National  Marriage Counsel in England. Will Powers' videos have also been used by Harvard  University to help with language instruction, and by other schools throughout the United  States for their individual teaching needs. The Museum of Modern Art in New York City  has two Will Powers videos in their permanent collection as she was among the first to do 3-dimensional computer animation.

The wide range of Lynn's talents, skills and achievements are products of a belief she  holds constant: Creativity is based on breaking limiting thought patterns , thus making anything possible.

Personally signed by both Paul Stanley and Lynn Goldsmith directly into the book. The autographs are not facsimiles, stamps, or auto-pens. learn more

As New. The condition is of the highest quality without any discernible flaws. No bookplates attached or indication of any removed. Unread book with square and tight spine.

Personally hand signed by Kim Stanley Robinson on a special limitation page. A luxurious leather bound copy in mint condition. One of only 900 copies signed by the author. Easton Press. Norwalk,...