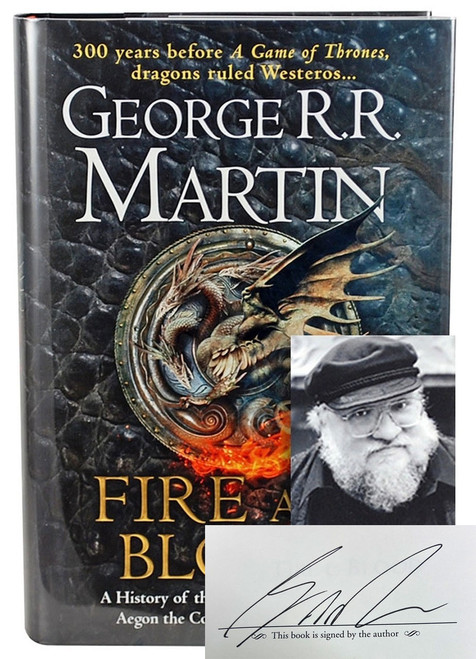 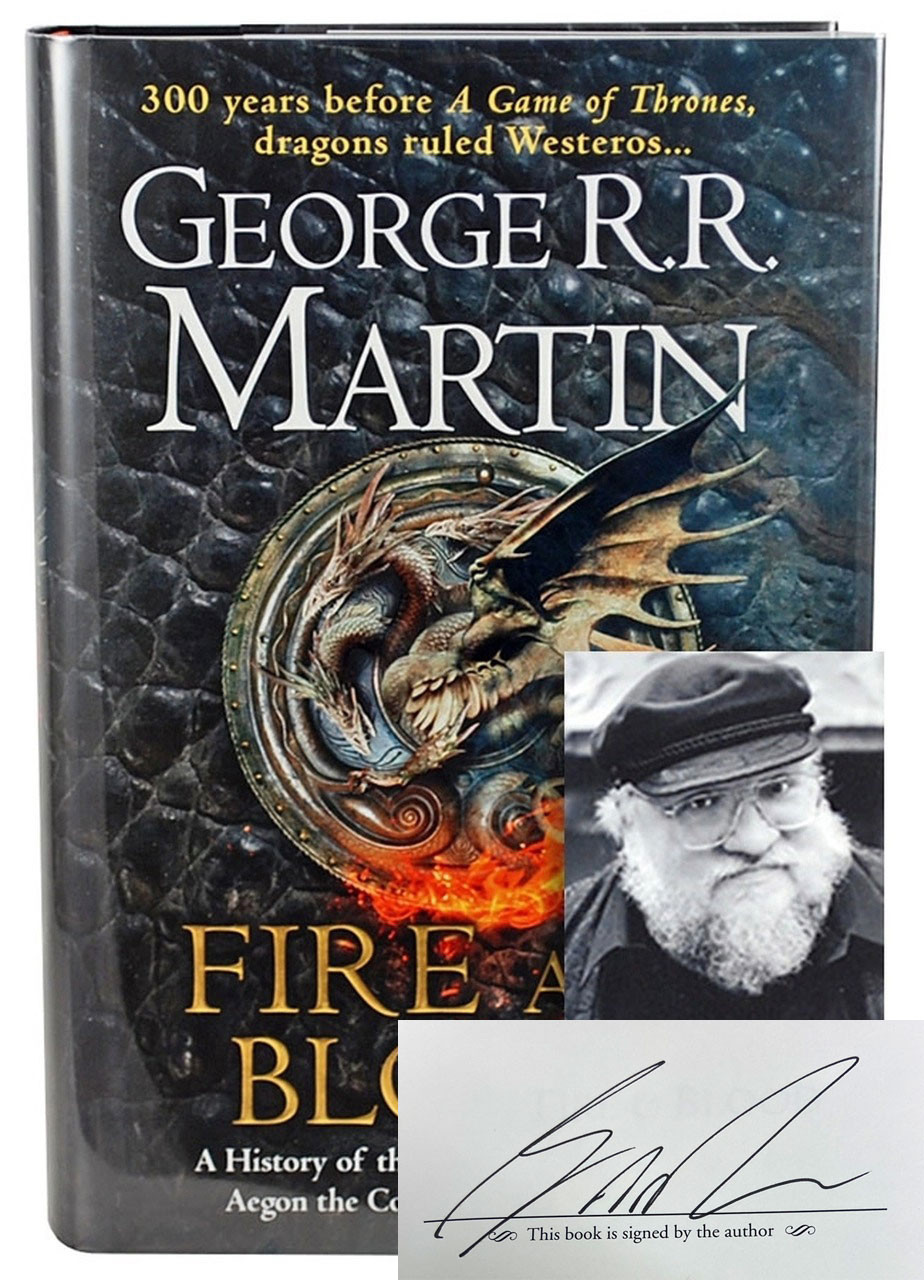 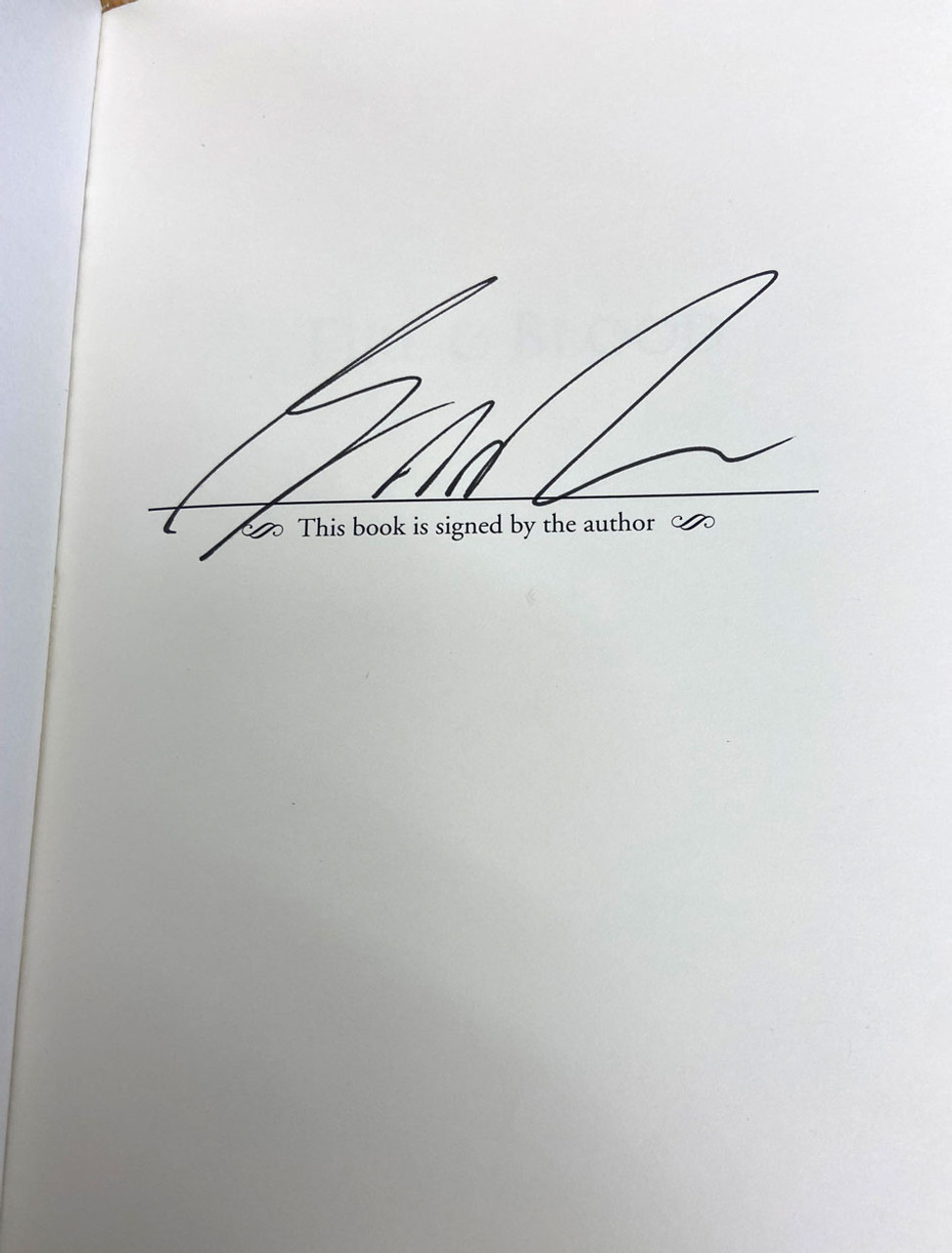 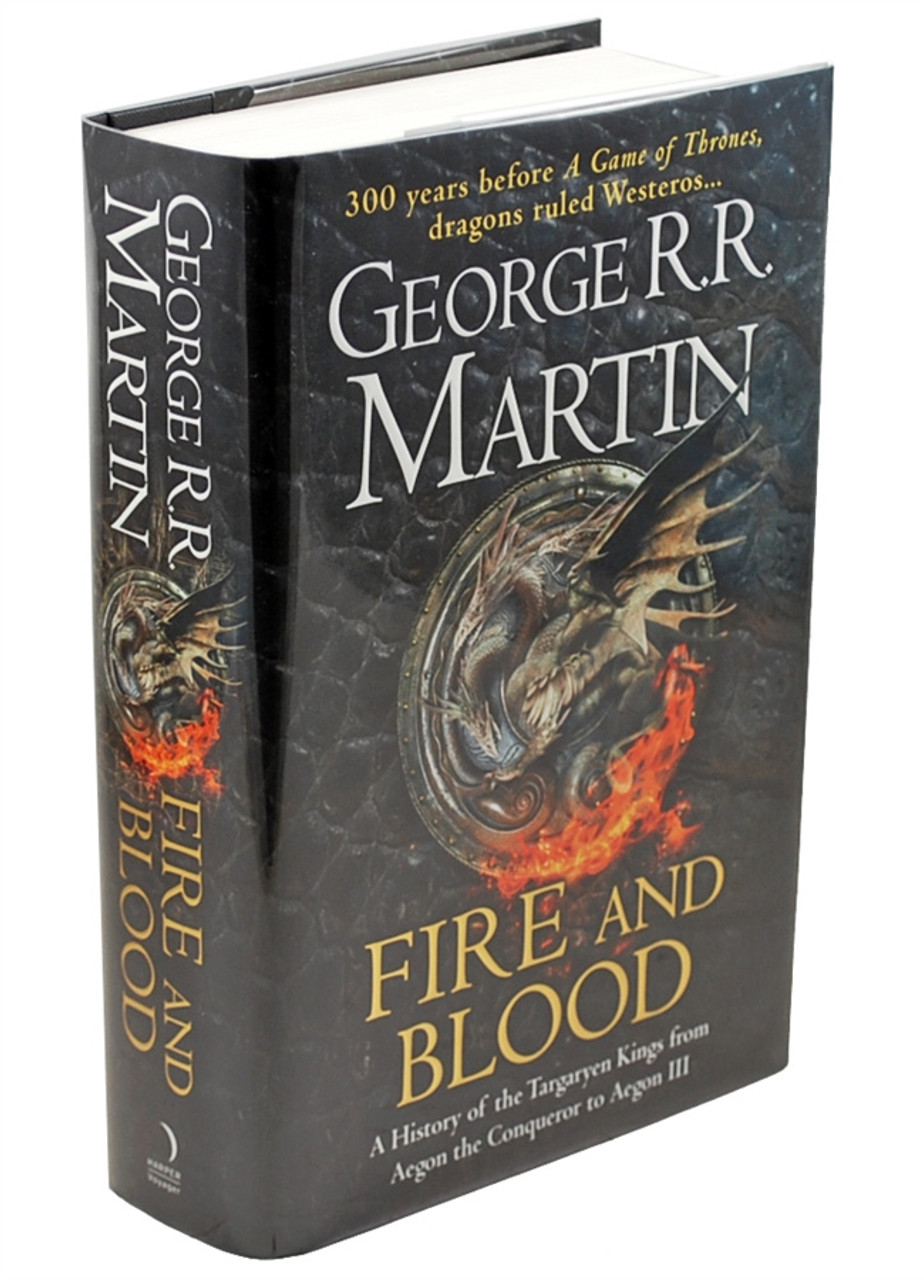 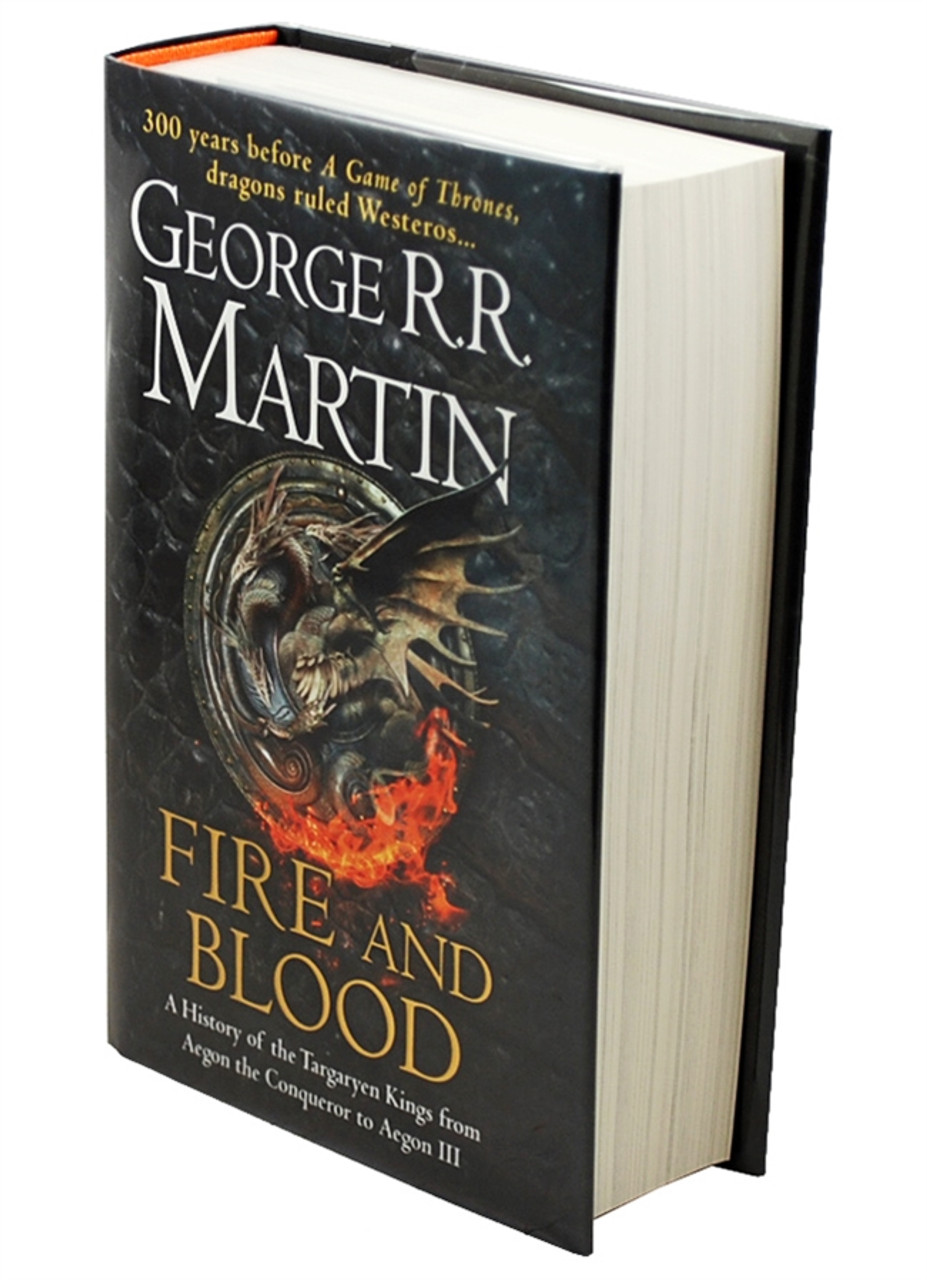 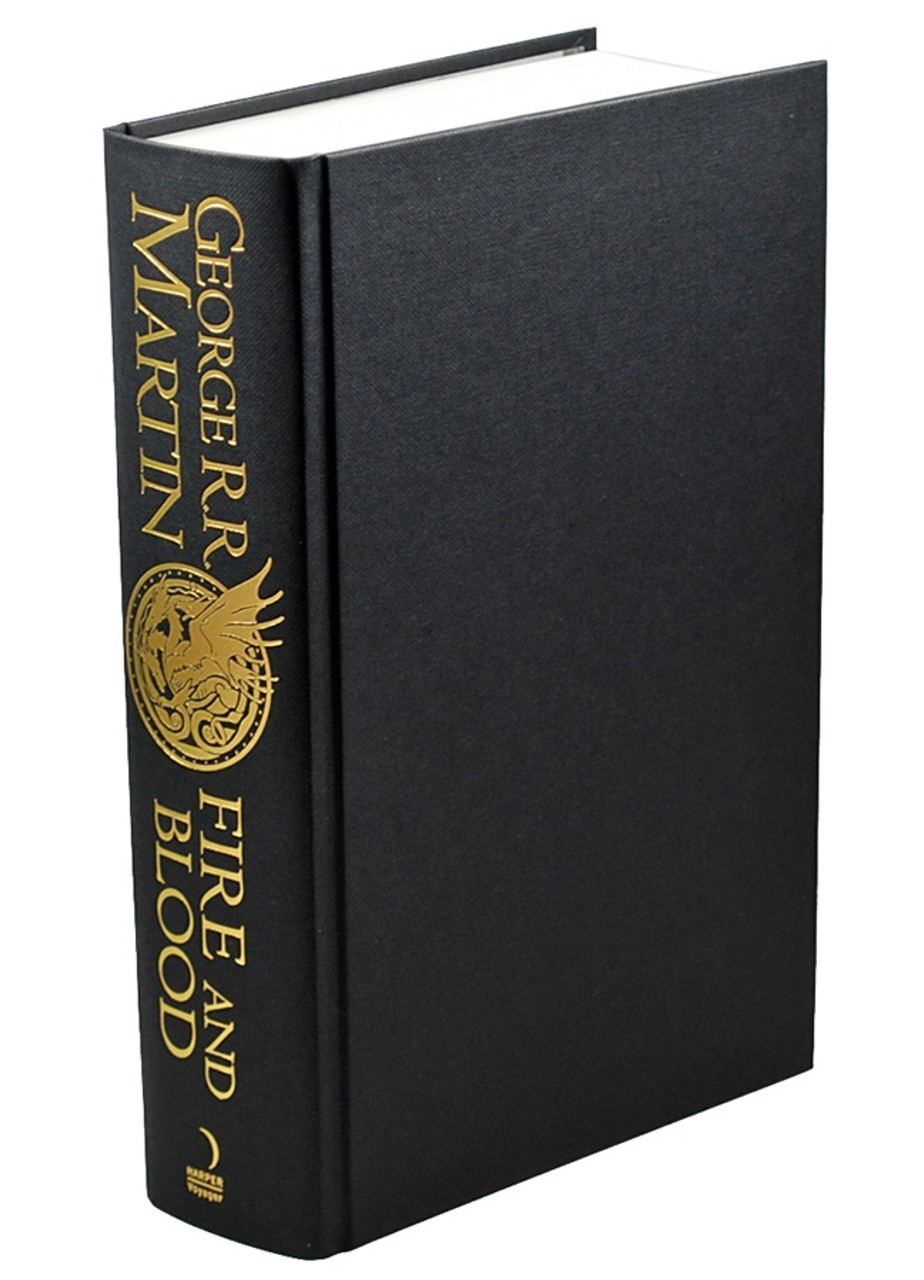 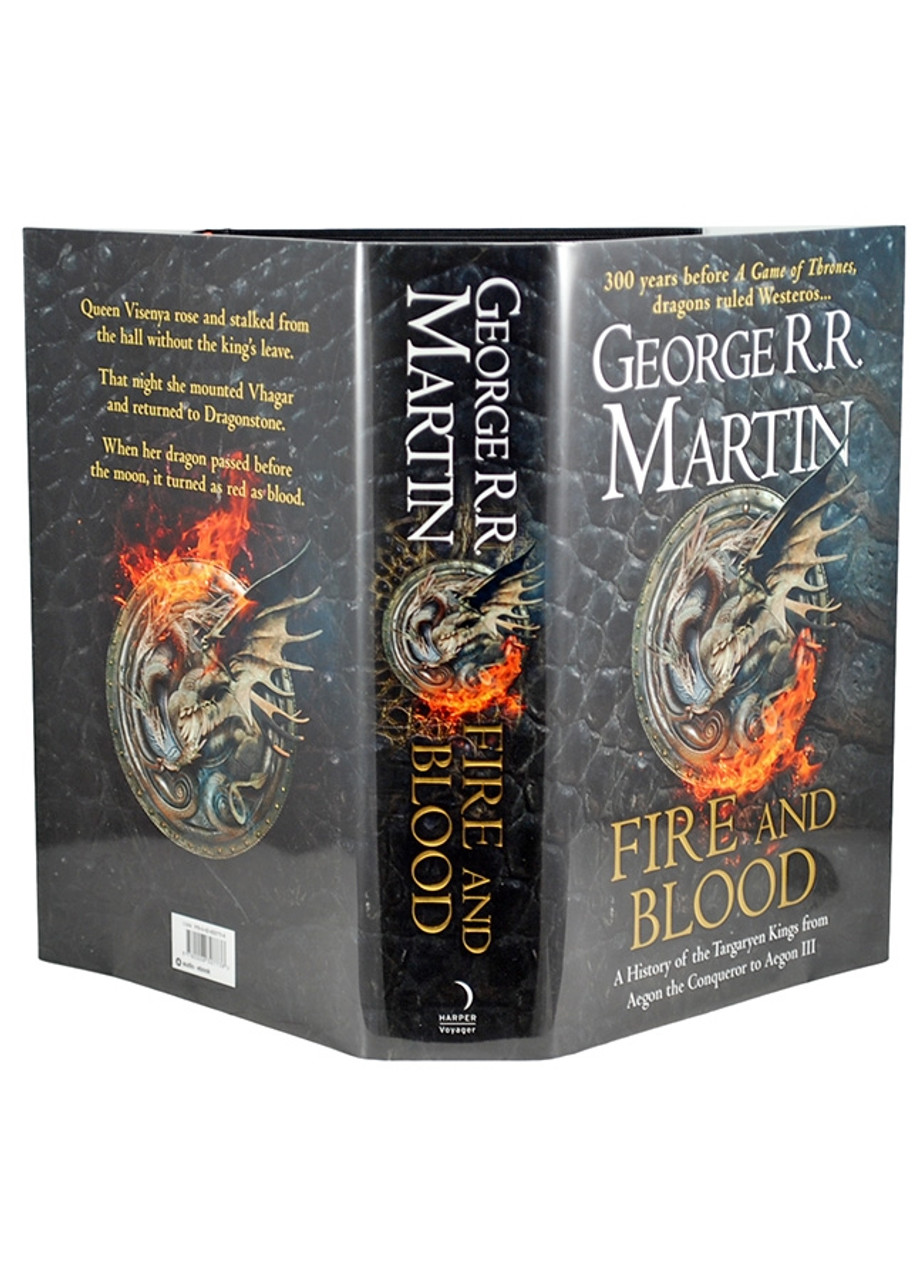 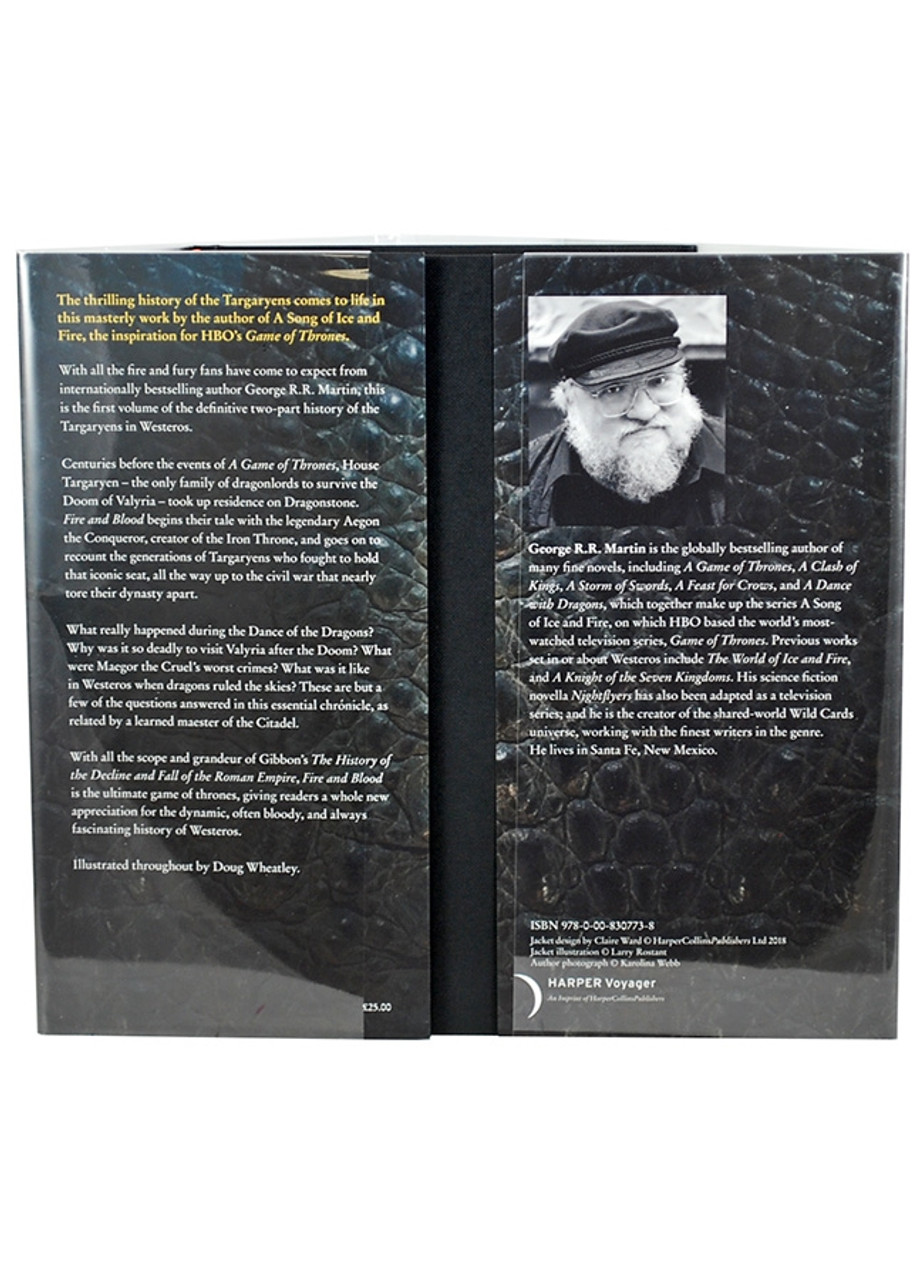 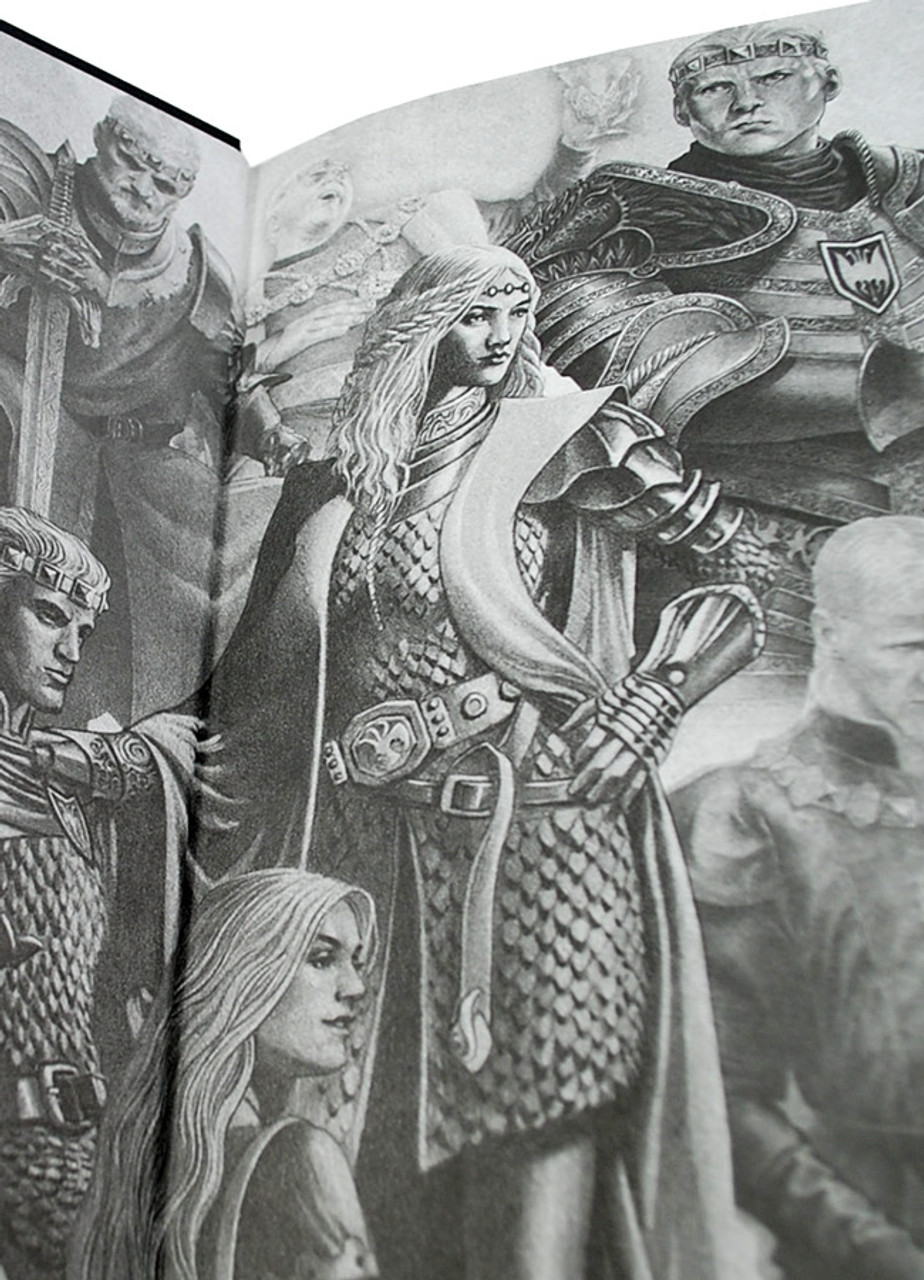 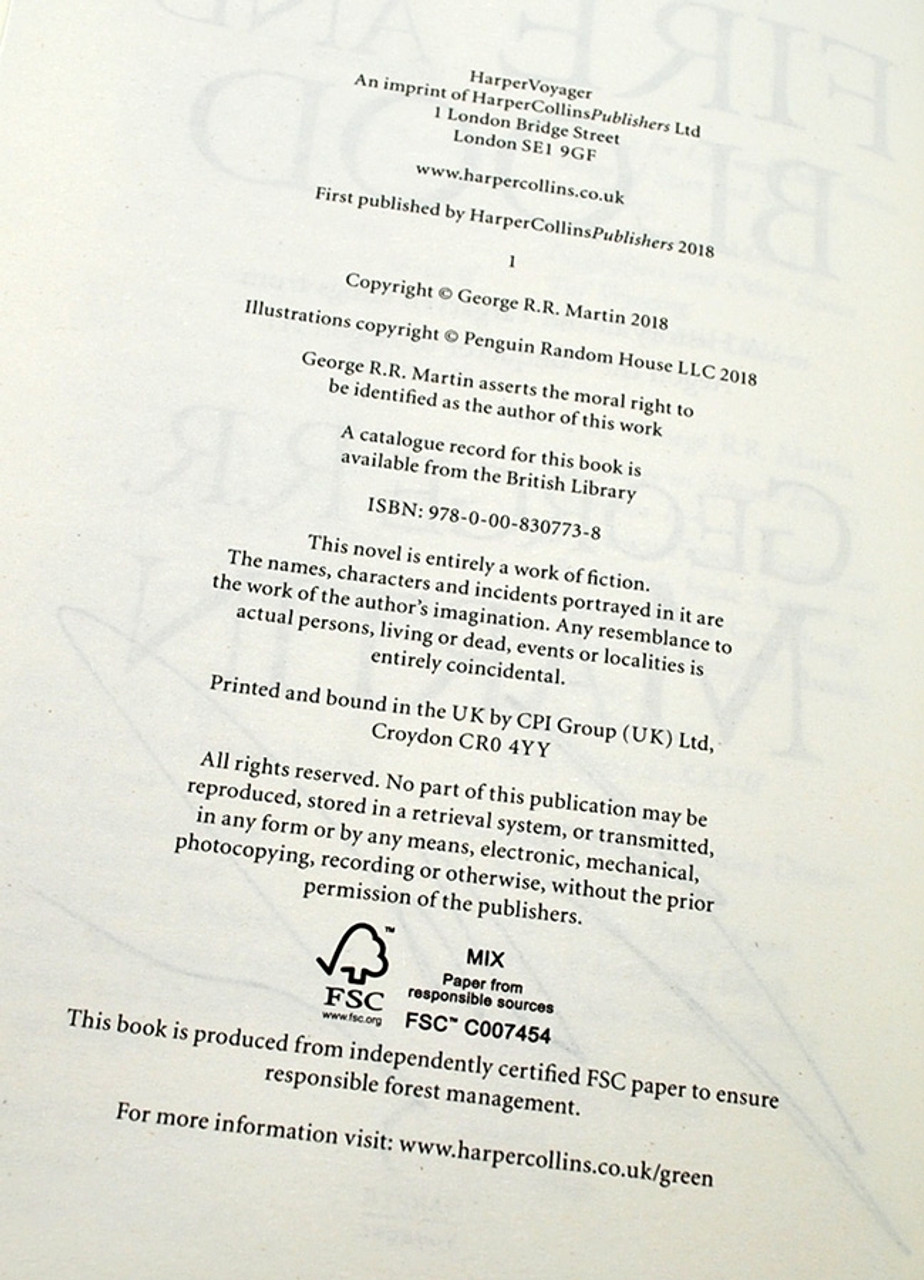 Harper Collins 2018. George R.R. Martin "Fire And Blood" Hardcover UK Signed First Edition. It includes a custom slipcase specially designed and built for this edition, in a simulated dragon skin, with the author’s name and title printed on the spine along with the front face. Sealed with bookseller issued COA.

Centuries before the events of A Game of Thrones, House Targaryen--the only family of dragonlords to survive the Doom of Valyria--took up residence on Dragonstone. Fire & Blood begins their tale with the legendary Aegon the Conqueror, creator of the Iron Throne, and goes on to recount the generations of Targaryens who fought to hold that iconic seat, all the way up to the civil war that nearly tore their dynasty apart.

What really happened during the Dance of the Dragons? Why was it so deadly to visit Valyria after the Doom? What were Maegor the Cruel's worst crimes? What was it like in Westeros when dragons ruled the skies? These are but a few of the questions answered in this essential chronicle, as related by a learned maester of the Citadel and featuring more than eighty all-new black-and-white illustrations by artist Doug Wheatley. Readers have glimpsed small parts of this narrative in such volumes as The World of Ice & Fire, but now, for the first time, the full tapestry of Targaryen history is revealed.

With all the scope and grandeur of Gibbon's The History of the Decline and Fall of the Roman Empire, Fire & Blood is the ultimate game of thrones, giving readers a whole new appreciation for the dynamic, often bloody, and always fascinating history of Westeros.

Hardcover UK Signed First Edition. It includes a custom slipcase specially designed and built for this edition, in a simulated dragon skin, with the author’s name and title printed on the spine along with the front face. 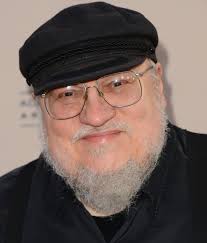 George R. R. Martin is the #1 New York Times bestselling author of many novels, including those of the acclaimed series A Song of Ice and Fire—A Game of Thrones, A Clash of Kings, A Storm of Swords, A Feast for Crows, and A Dance with Dragons—as well as Tuf Voyaging, Fevre Dream, The Armageddon Rag, Dying of the Light, Windhaven (with Lisa Tuttle), and Dreamsongs Volumes I and II. He is also the creator of The Lands of Ice and Fire, a collection of maps featuring original artwork from illustrator and cartographer Jonathan Roberts, and The World of Ice & Fire, with Elio M. García, Jr., and Linda Antonsson. As a writer-producer, he has worked on The Twilight Zone, Beauty and the Beast, and various feature films and pilots that were never made. He lives with the lovely Parris in Santa Fe, New Mexico.
VERY FINE GUARANTEED. Sealed. As New. A wonderful bring clean copy without any other marks, writings, or stamps. Clean & straight boards. No attached bookplates or indication of any removed. A well-cared for book, protected from any potential damage. Unread with square and tight spine.

“Fans of Seinfeld will eat this up, and aspiring comics will want to study how he shapes his seemingly effortless humor.” –Kirkus Reviews Personally signed by Jerry Seinfeld Simon...