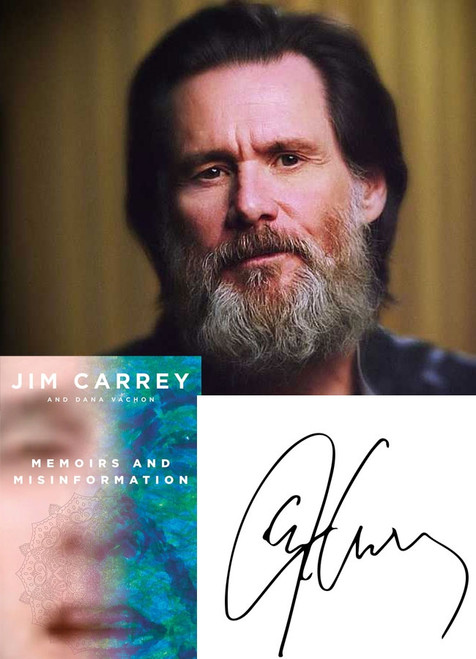 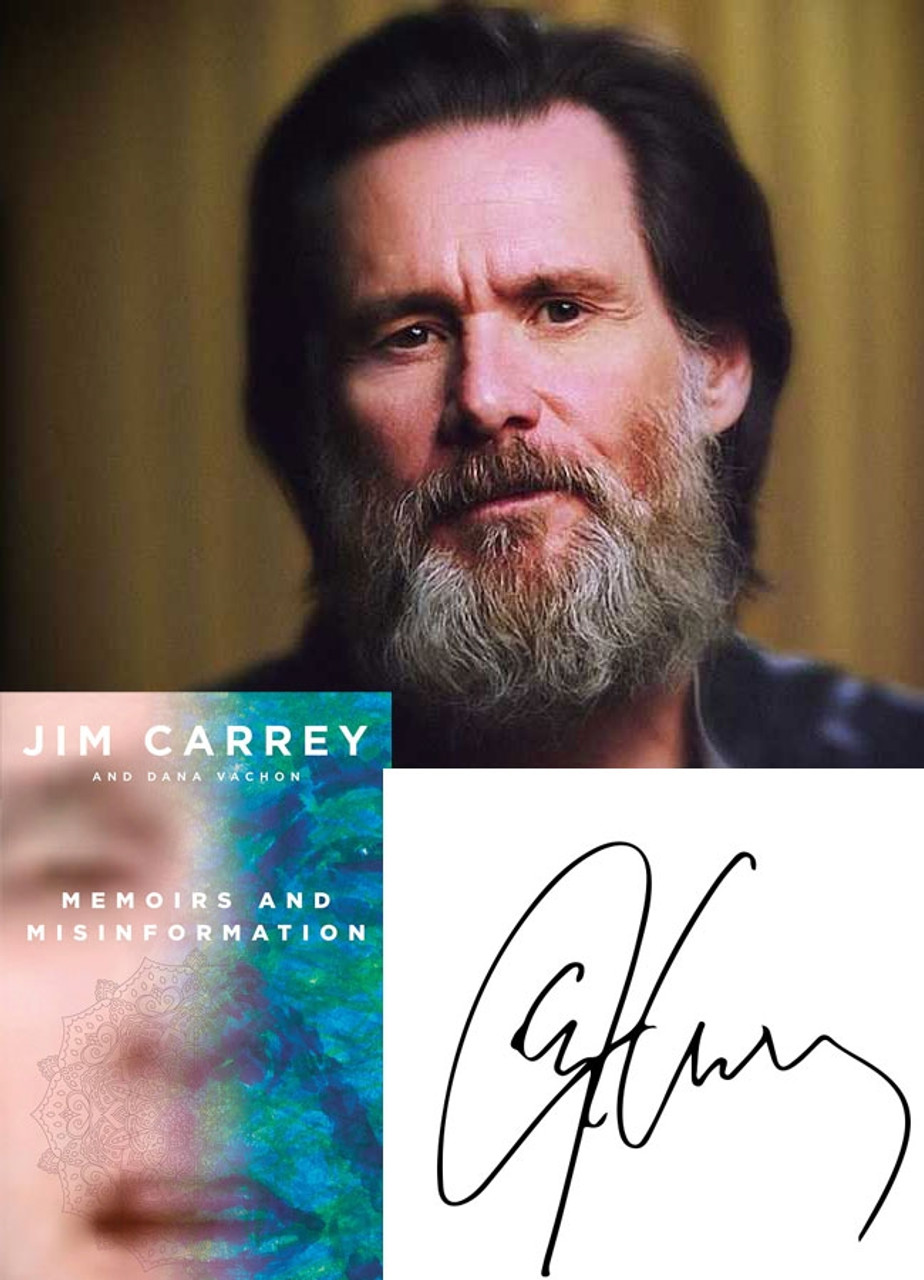 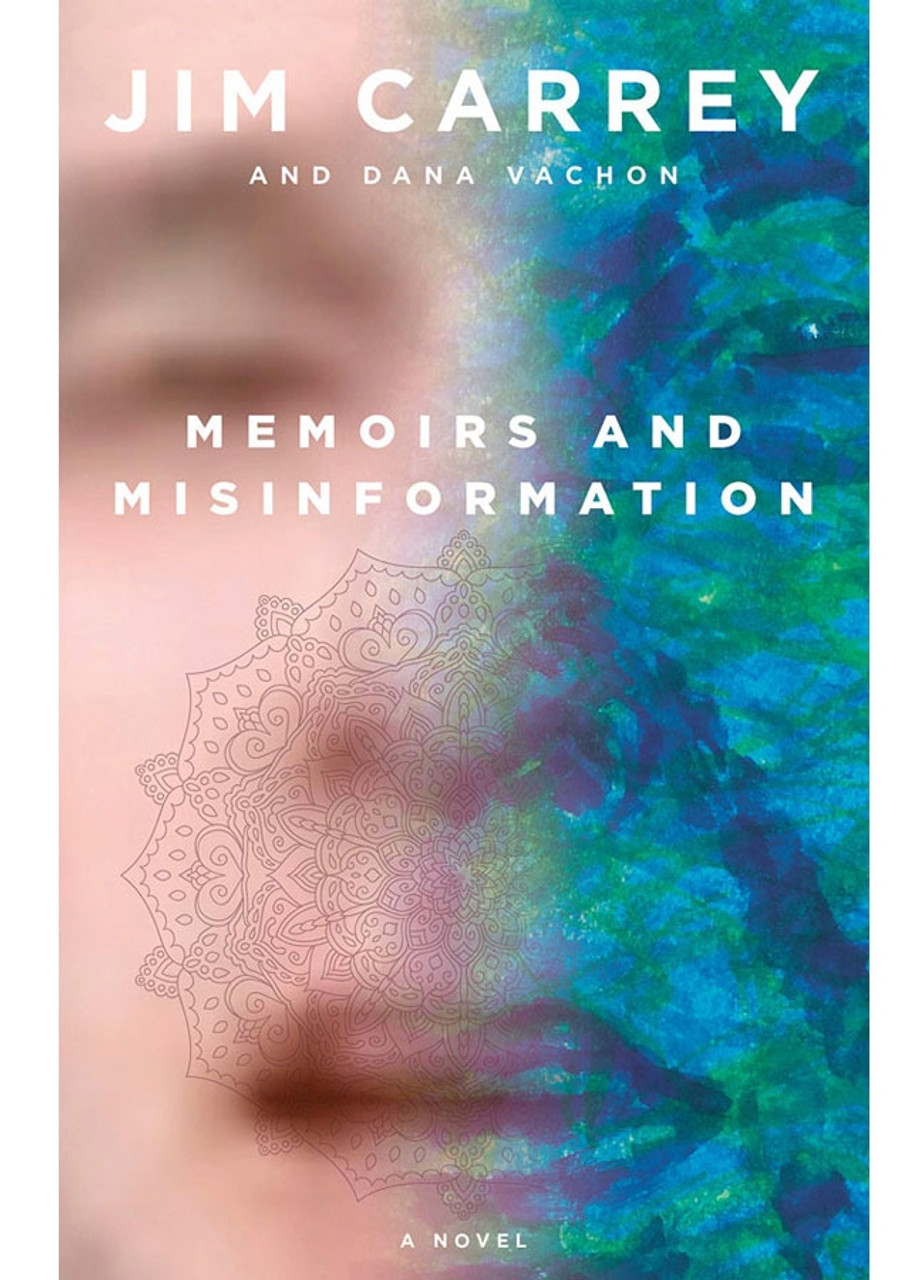 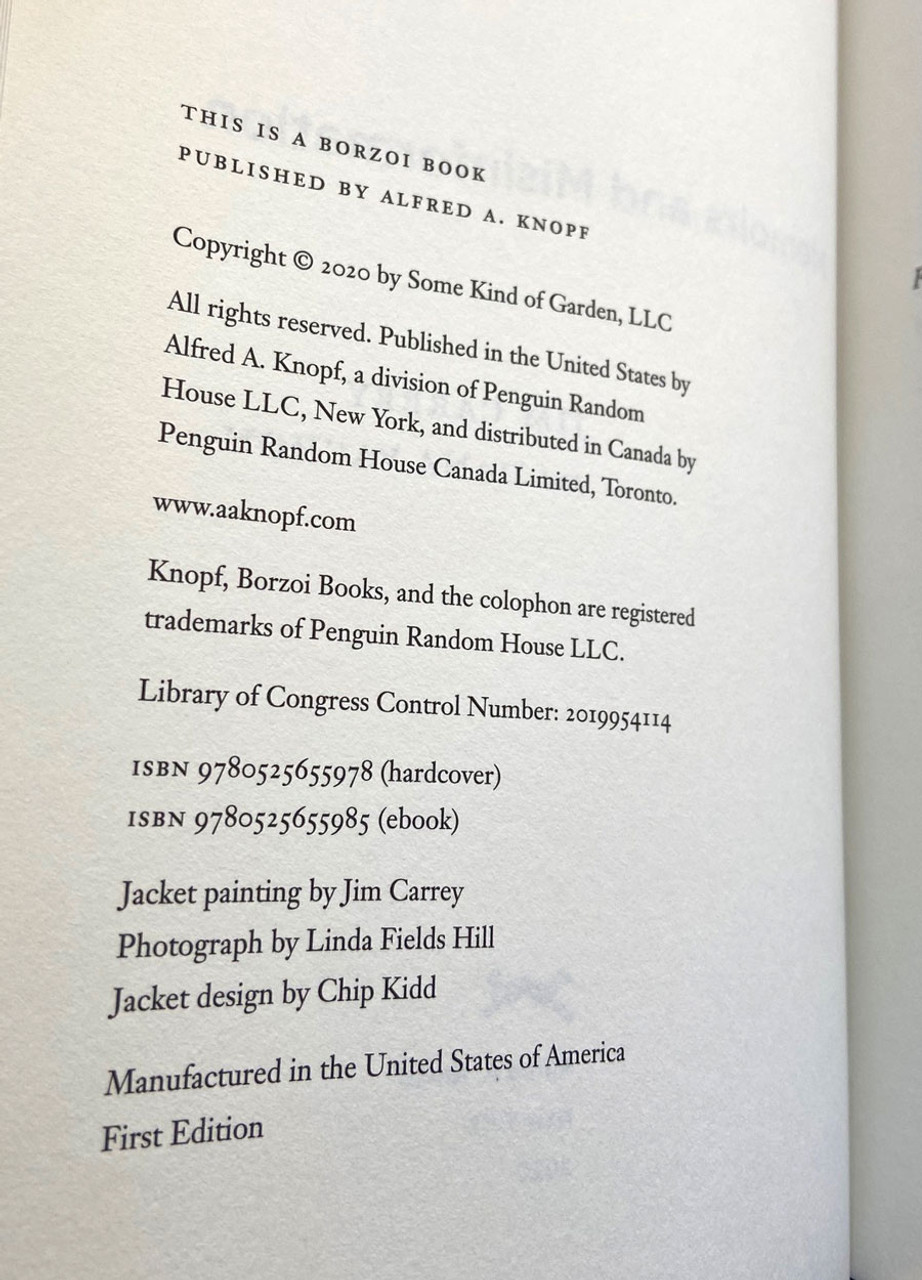 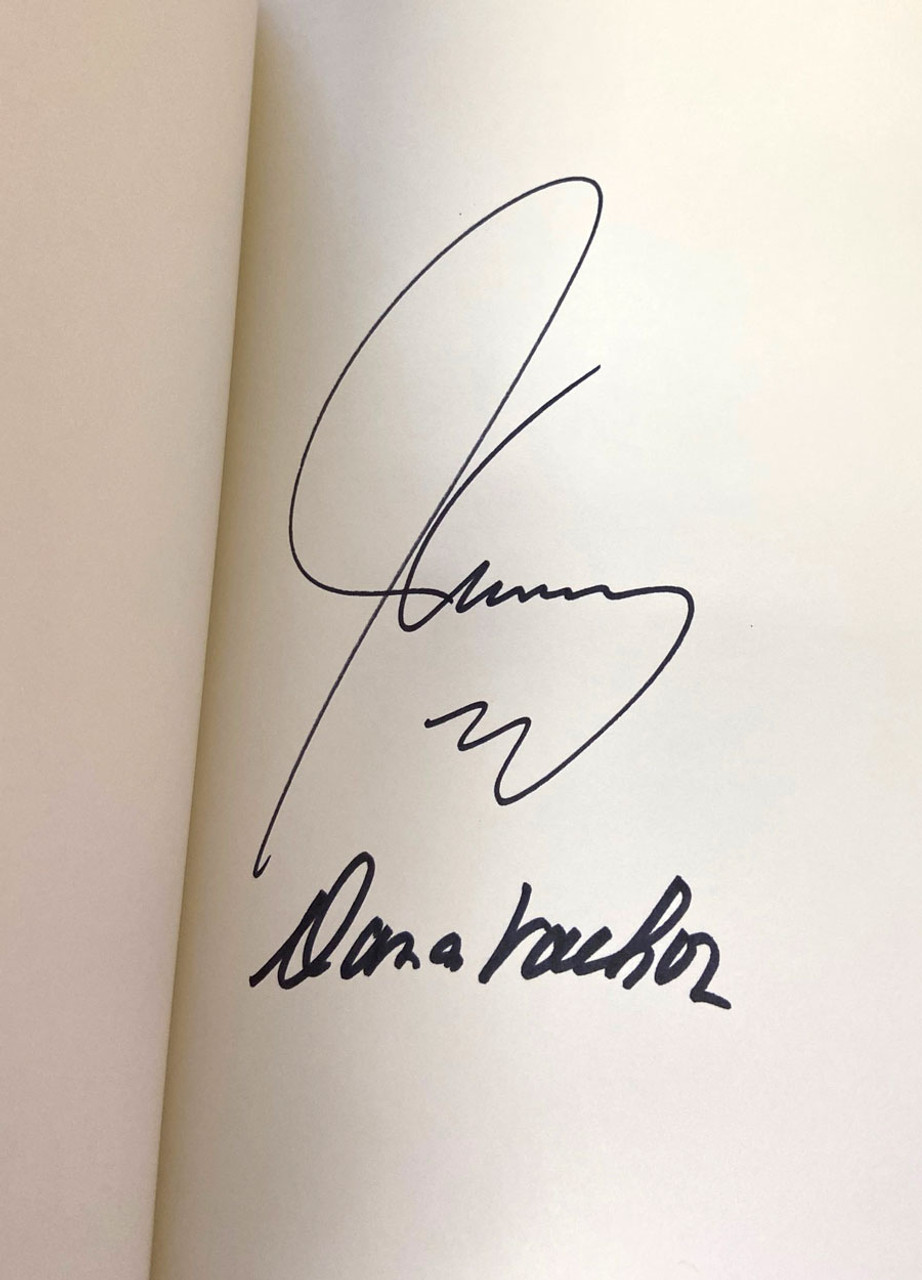 “None of this is real and all of it is true.” –Jim Carrey

Only 20 will be produced, never to be offered again!
There has been overwhelming demand for this slipcased limited edition with over 1,000 people that have registered for the waiting list. Since only 20 will be available for pre-order,  we expect them to sell out today.  This is bound to be a highly sought after collector's edition.
This item is available on a "first come, first served" basis. The number of the slipcased edition will be allocated in the sequence of orders received. Earlier orders will receive the lower numbers.

Knopf (May 22, 2020). Jim Carrey "Memoirs and Misinformation: A Novel". Signed First Edition. First Printing. Special Collector's Edition with slipcase and Certificate of Authenticity. Limited to only 20 in this slipcased edition. Personally signed by Jim Carrey and Dana Vachon directly into the book. Slipcased Signed First Edition with individually hand-numbered COA. 272 pages. Archival sleeve protection. "First Edition" as required on the copyright page. As New without any discernible flaws. Sealed.

Jim Carrey is a Canadian-American actor, comedian, writer, and artist. He is known for his energetic slapstick performances. Carrey first gained recognition in America in 1990 after landing a recurring role in the sketch comedy television series In Living Color.

ABOUT "MEMOIRS AND MISINFORMATION"

“None of this is real and all of it is true.” –Jim Carrey

Meet Jim Carrey. Sure, he’s an insanely successful and beloved movie star drowning in wealth and privilege–but he’s also lonely. Maybe past his prime. Maybe even . . . getting fat? He’s tried diets, gurus, and cuddling with his military-grade Israeli guard dogs, but nothing seems to lift the cloud of emptiness and ennui. Even the sage advice of his best friend, actor and dinosaur skull collector Nicolas Cage, isn’t enough to pull Carrey out of his slump.

But then Jim meets Georgie: ruthless ingénue, love of his life. And with the help of auteur screenwriter Charlie Kaufman, he has a role to play in a boundary-pushing new picture that may help him uncover a whole new side to himself–finally, his Oscar vehicle! Things are looking up!

But the universe has other plans.

Memoirs and Misinformation is a fearless semi-autobiographical novel, a deconstruction of persona. In it, Jim Carrey and Dana Vachon have fashioned a story about acting, Hollywood, agents, celebrity, privilege, friendship, romance, addiction to relevance, fear of personal erasure, our “one big soul,” Canada, and a cataclysmic ending of the world–apocalypses within and without.

DANA VACHON is the co-author, with Jim Carrey, of the novel Memoirs and Misinformation, and the author of the novel Mergers and Acquisitions. His essays and journalism have appeared in The New York Times, Slate, and Vanity Fair. He lives in Brooklyn.

James Eugene Carrey (born January 17, 1962) is a Canadian-American actor, comedian, writer, and artist. He is known for his energetic slapstick performances.


Carrey first gained recognition in America in 1990 after landing a recurring role in the sketch comedy television series In Living Color. His first leading roles in motion pictures came with Ace Ventura: Pet Detective (1994), Dumb and Dumber (1994), The Mask (1994), and Ace Ventura: When Nature Calls (1995), as well portraying the Riddler in Batman Forever (1995) and the lead role in Liar Liar (1997). He gained attention starring in serious roles in The Truman Show (1998) and Man on the Moon (1999), with each garnering him a Golden Globe Award for Best Actor. 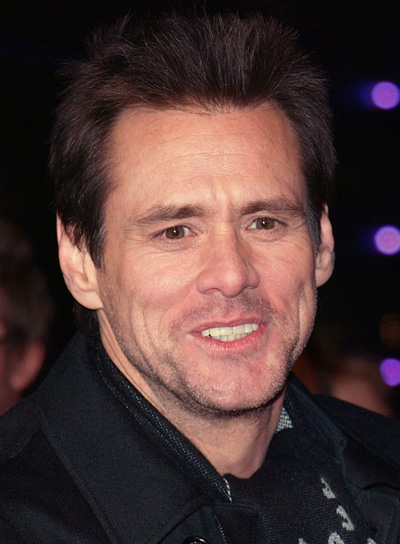 "A satirical adventure in which Carrey plumbs the chasms of Hollywood's self-obsessed culture." —Dave Itzkoff, The New York Times

“A simultaneously baffling and mesmerizing examination of Carrey’s psyche . . . a reimagining of the traditional Hollywood tell-all.” —Thomas Floyd, The Washington Post

“Memoirs and Misinformation is, like the twisted political drawings Carrey posts on Twitter, entirely its own thing. A satire of Hollywood’s self-absorption coinciding with the end of the planet, none of it is real ... except when it is . . . A wholly strange work of autofiction, laden with symbolism and metaphor, sometimes beautiful, sometimes tragic.” —Glenn Whipp, Los Angeles Times

"An engaging, fun tale that plays with the public perceptions of celebrities, questions our compulsive need to view, and contains a gloriously off-the-wall conclusion." —Alexander Moran, Booklist

“A mad fever dream. . . Carrey and his collaborator Vachon pull out all the stops as their protagonist Jim Carrey careens from midlife blues through love and career complications toward the apocalypse . . . gems of comic fantasy and the nuggets of memoir gold.” —Kirkus