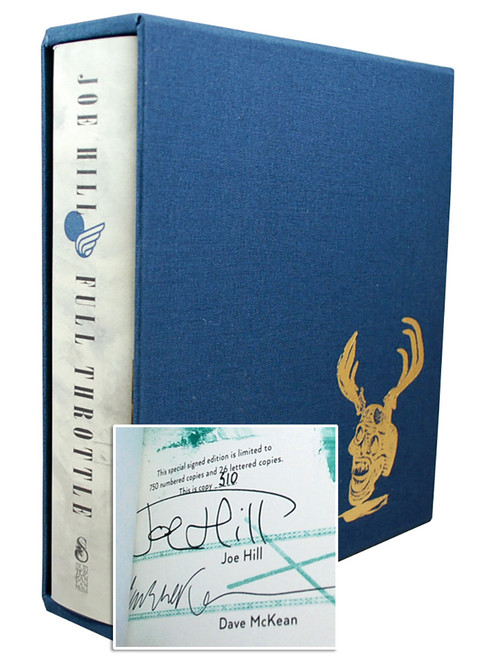 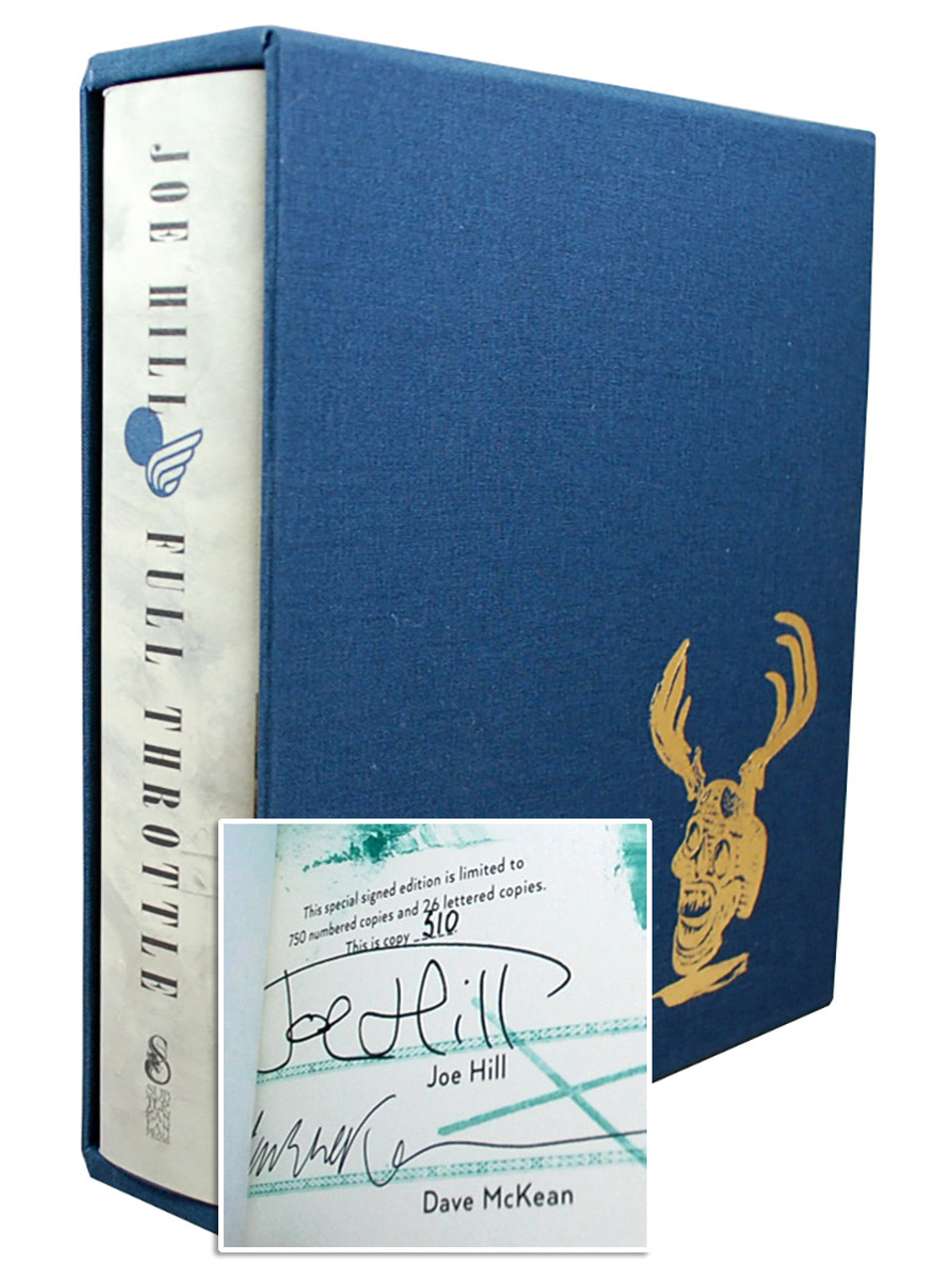 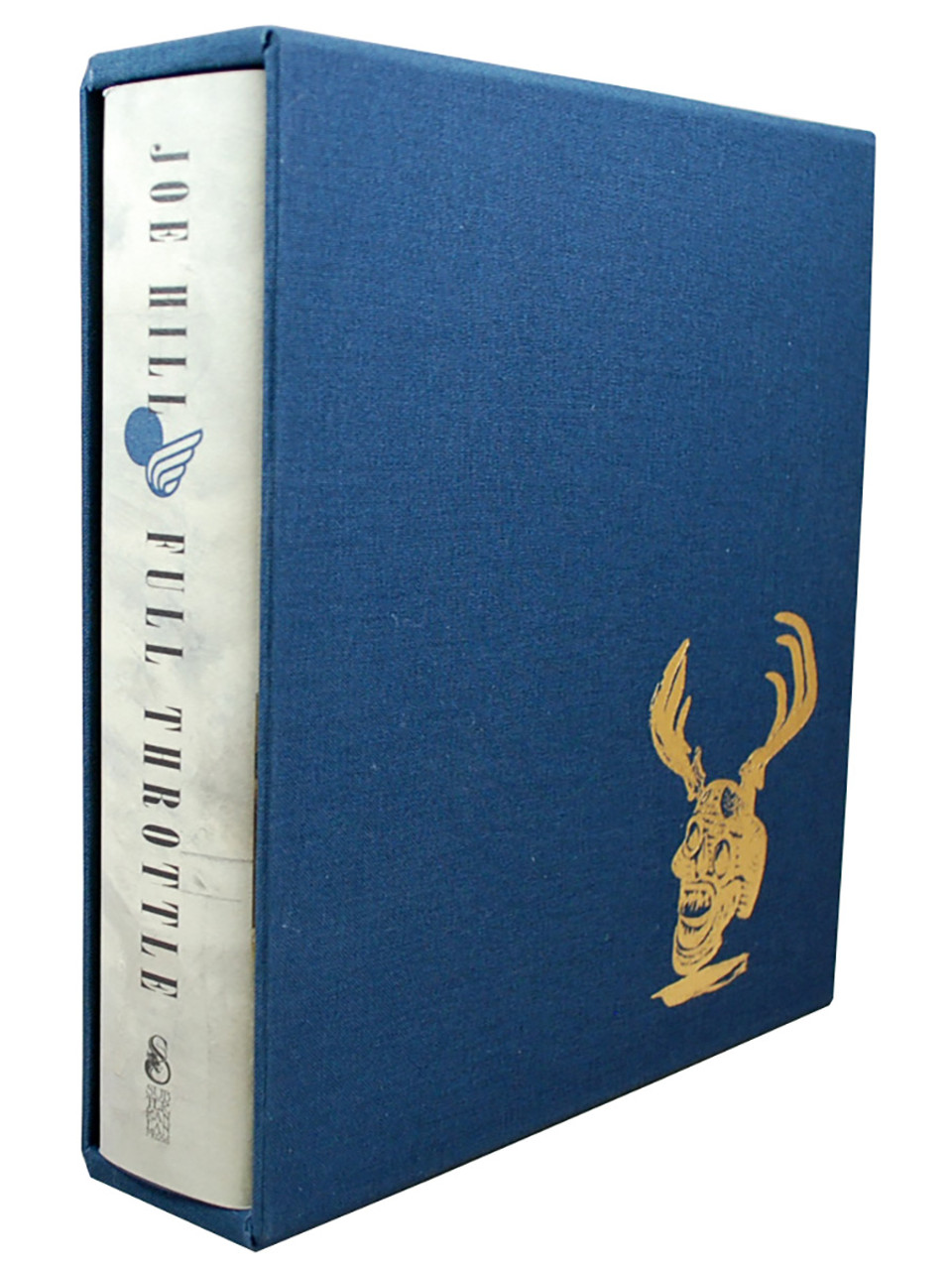 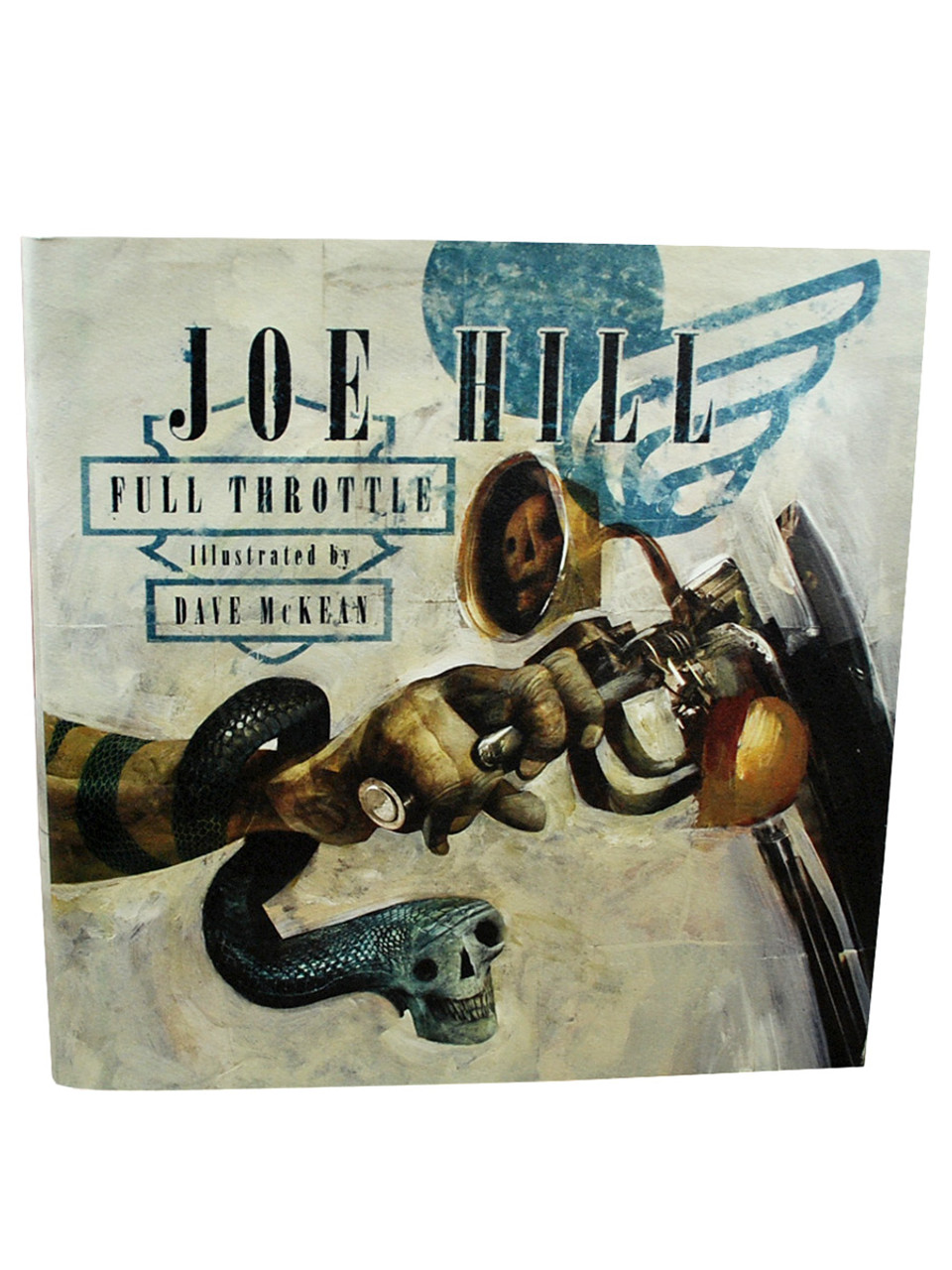 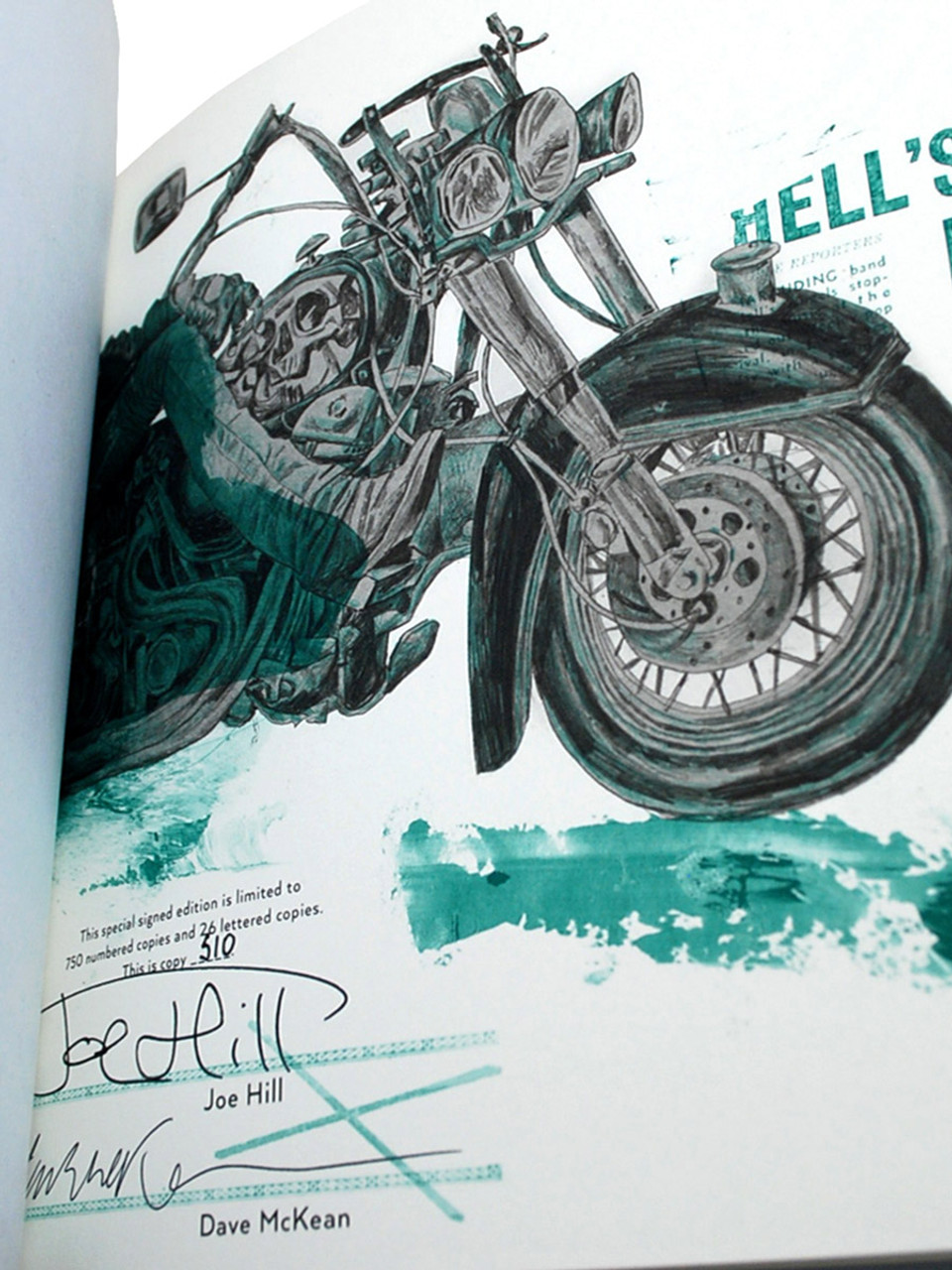 Personally signed by Joe Hill and Dave McKean. Limited to only 750

We’re thrilled to announce the signed limited editions of Joe Hill’sFull Throttle, which we’ll be publishing in two unique editions.

The numbered edition will be fully-designed and illustrated by Dave McKean, and printed in two colors on a premium paper, bound in cloth, and housed in a custom slipcase.

The lettered edition will sport all the features of the numbered edition, but be specially bound, housed in a custom traycase, with each copy featuring an original remarque by Dave McKean.

This edition was produced in the following two states:

This is one of the 750 signed numbered copies.

The book you are holding is Joe Hill’s first short story collection since 2005’s 20thCentury Ghosts. It’s been a long time between volumes, but the wait is finally over. Full Throttle is quite simply a stunning collection, filled to overflowing with wonders, terrors, and pure narrative magic. It is the work of a profoundly gifted writer who has come fully—and memorably—into his own.

Full Throttle contains thirteen stories and novellas, along with extensive story notes and an illuminating introduction that explores the various influences that have shaped its author's life and work. The stories themselves encompass an impressive assortment of settings, ideas, and emotions. Each story, without exception, is a meticulously crafted gem.

Many of these stories concern journeys—some of them brief, some more extensive—that lead to unexpected, frequently lethal destinations. In “Wolverton Station,” an American executive boards a British train and finds himself faced with impossible—but very real—horrors. “Faun” takes its privileged protagonists through a “little door” that connects our world to. . . somewhere else. “Late Returns,” a gently affecting story with just a touch of Jack Finney, offers a fictional meditation on time, mortality, and the enduring importance of books. “Throttle,” the first of two notable collaborations, tells of an imperiled outlaw biker gang and offers a brilliant riff on the Richard Matheson classic, “Duel.” A second collaboration, "In The Tall Grass," follows a brother and sister off a lonely state highway and into the high weeds of an occult wilderness, where time and space have come apart, and only the mad can survive. In the closing story, “You Are Released,” a plane bound for Boston takes an abrupt detour through the geopolitical horrors of our age.

Taken both individually and together, these stories show us a writer in full, mature command of his considerable gifts. Full Throttle is, of course, a dark, unsettling book, but it is also a good deal more. Each story is filled with grace notes. Each is marked by compassion, empathy, and an underlying decency that lends an emotional weight to every page. These stories may have been a long time coming, but—like their author—they’re here to stay. Full Throttle is a gift to Joe Hill’s many readers, and a treasure trove of story worth returning to over and over again. 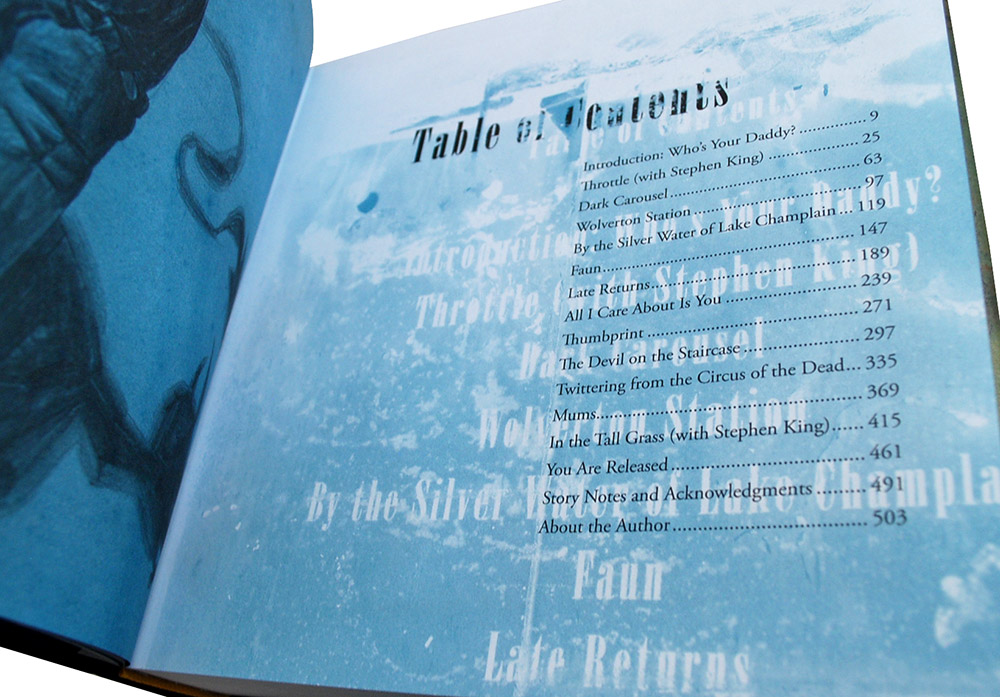 Joe is a past recipient of the Ray Bradbury Fellowship. His stories have appeared in a variety of journals and Year's Best collections. He calls New England home 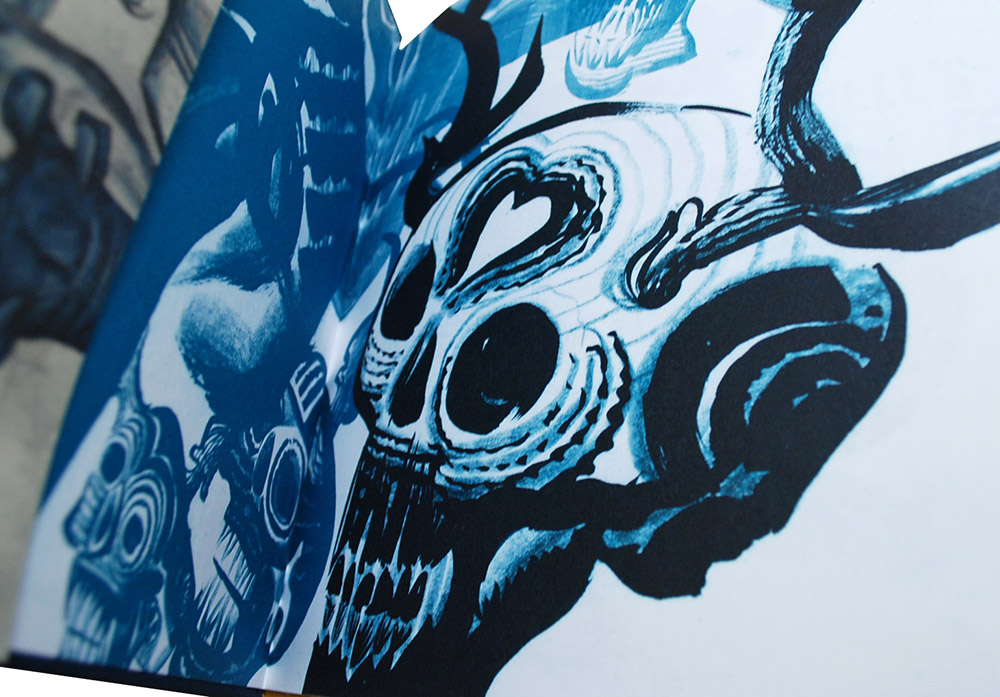 VERY FINE GUARANTEED. Very Fine book in a Very Fine dust-jacket and slipcase. The condition is of the highest quality without any discernible flaws. Sharp corners all around and a square spine. Unread book without any marks, writing, or stamps. The dust-jacket is protected in an acid-free archival Mylar sleeve.

Personally signed and dated by Joe Hill directly onto the title page. ADVANCE READER'S EDITION with "NOT FOR SALE" printed on the cover.  William Morrow , An Impr