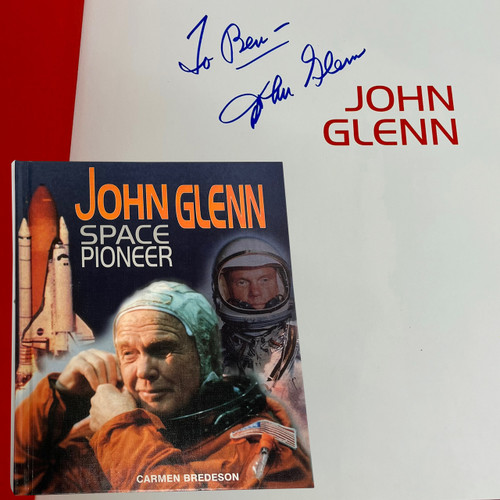 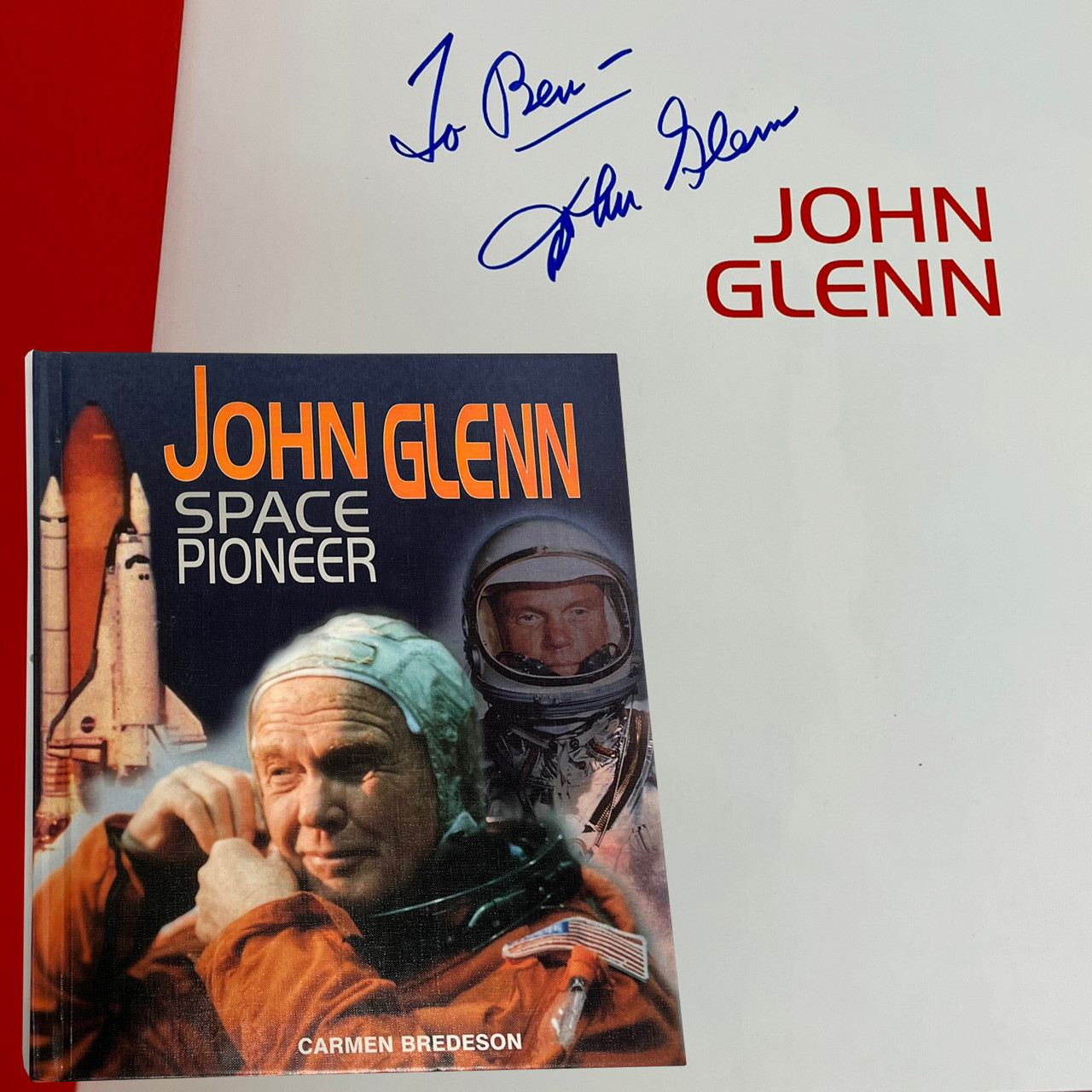 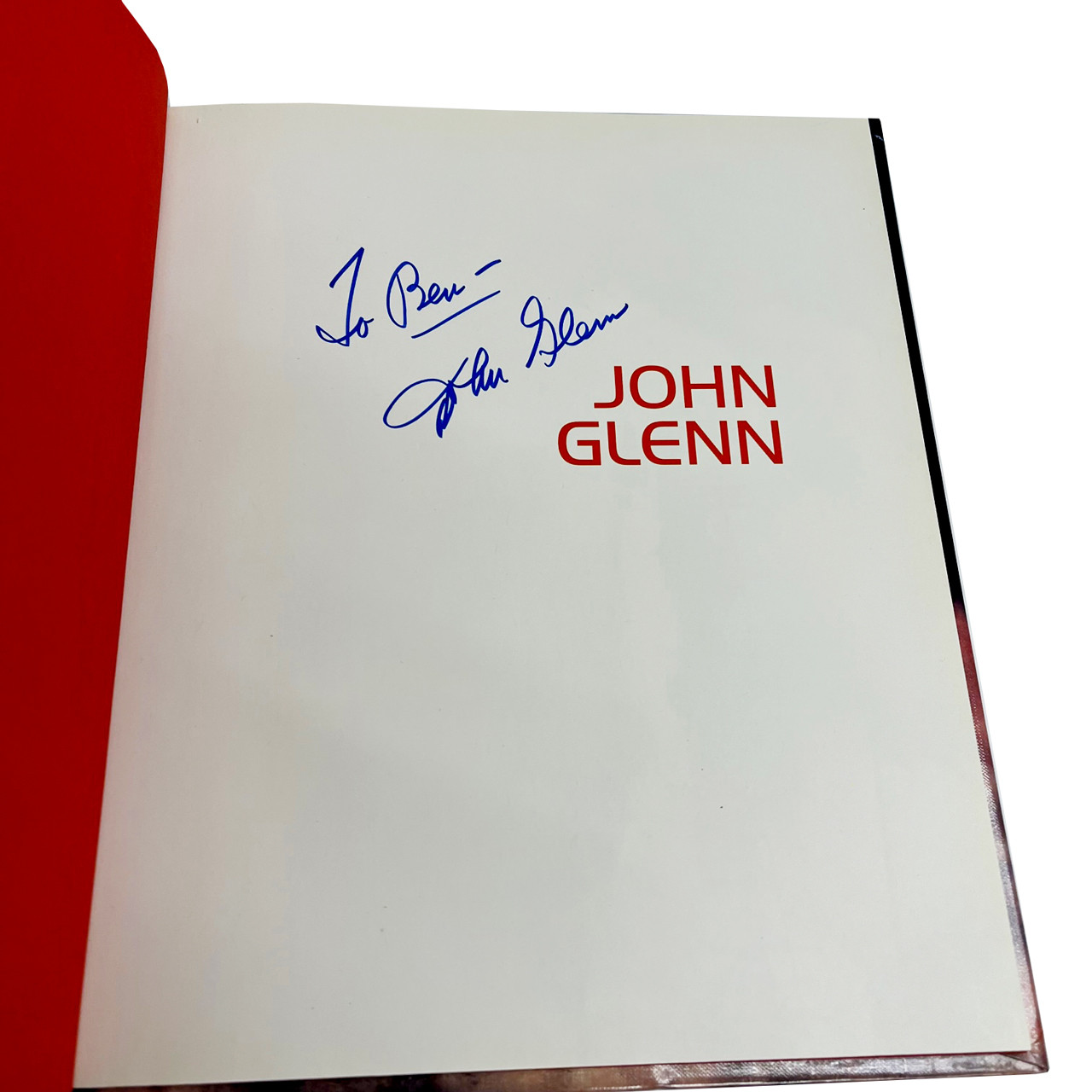 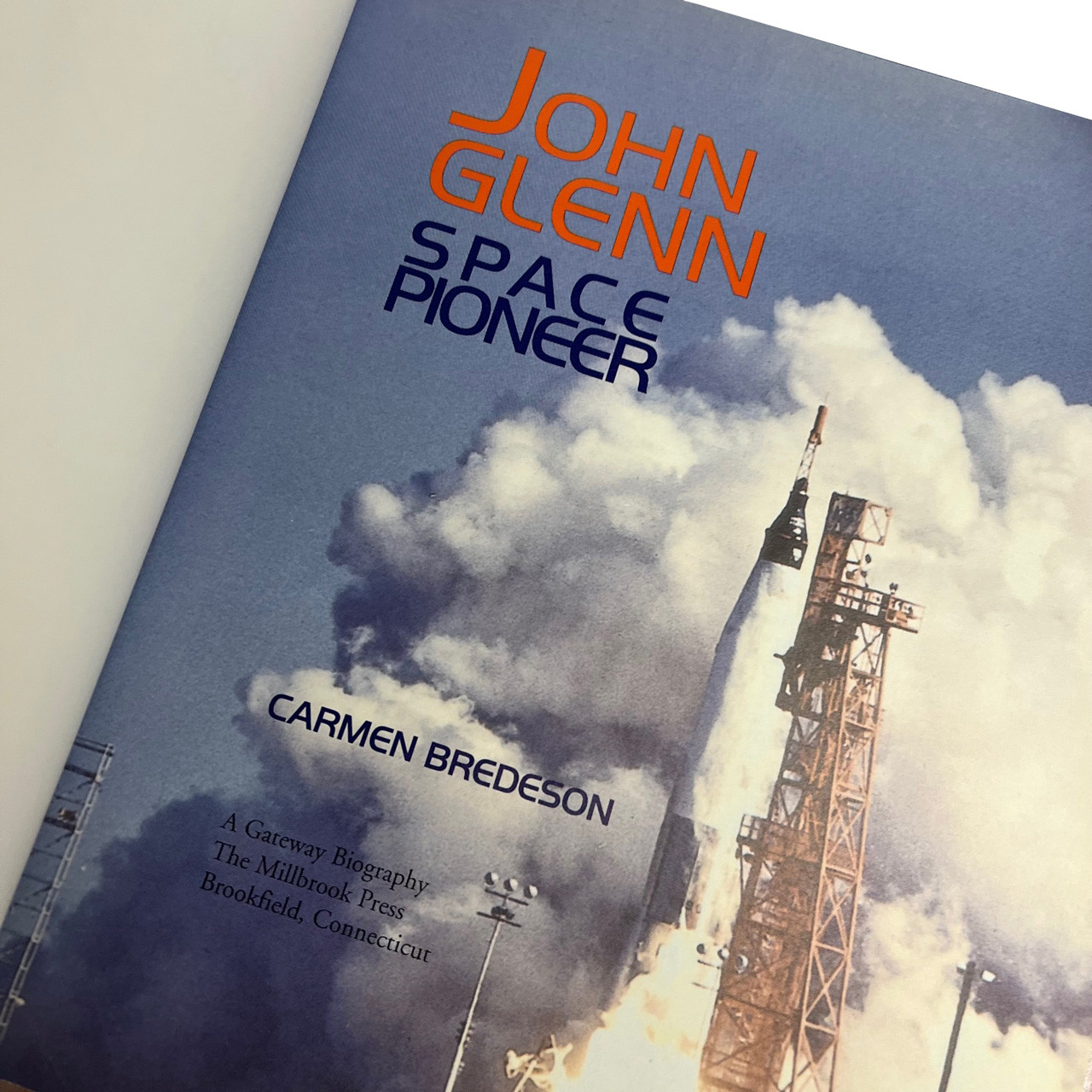 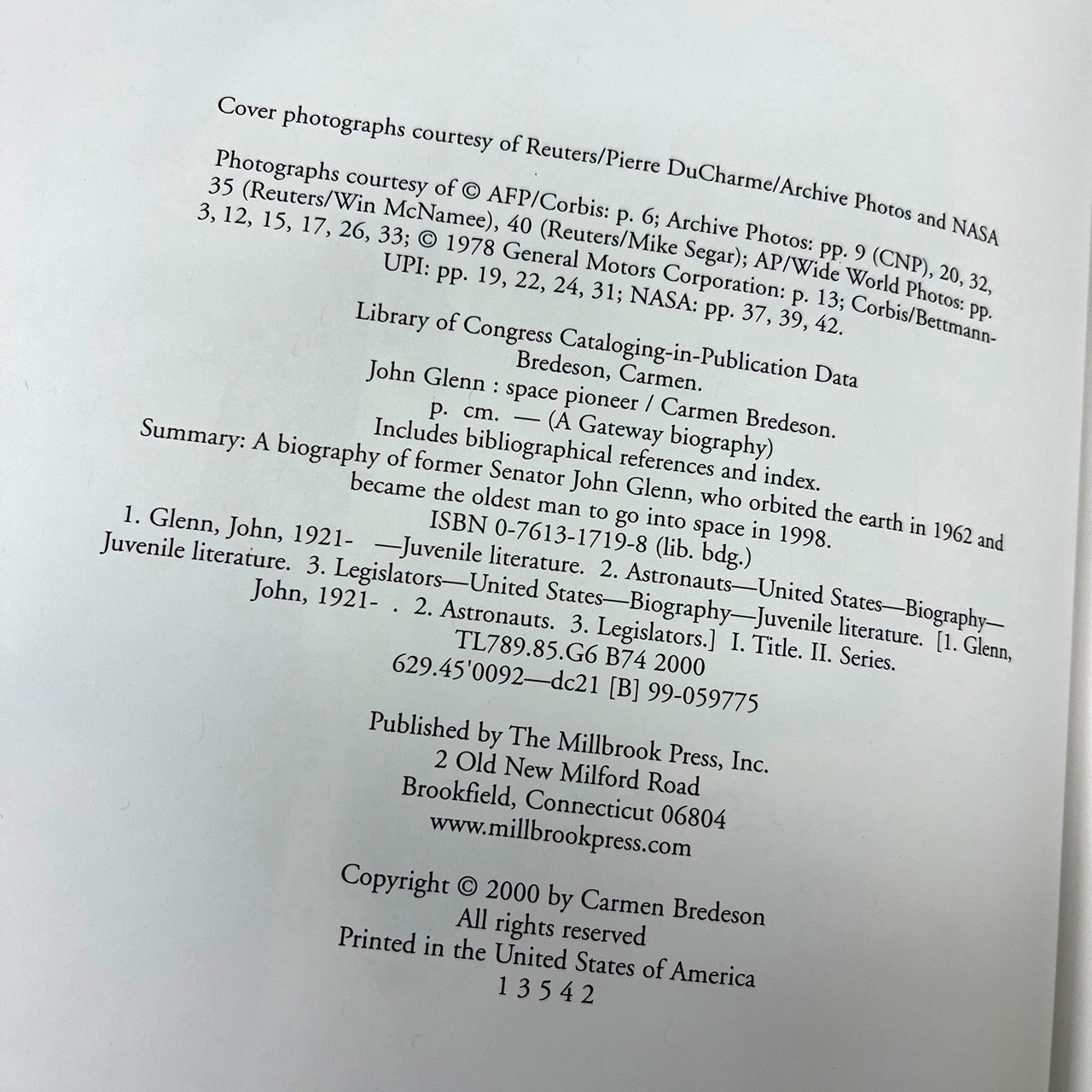 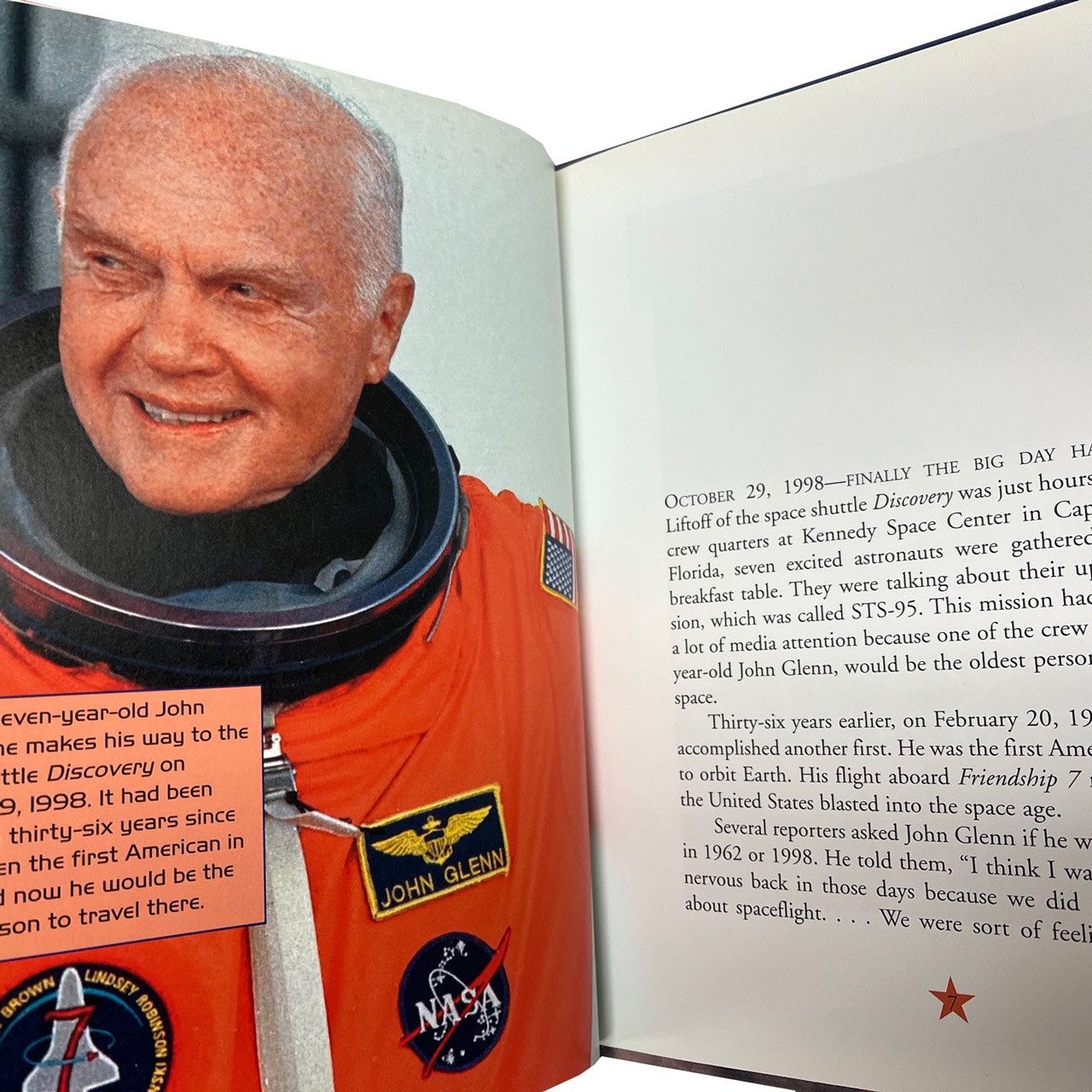 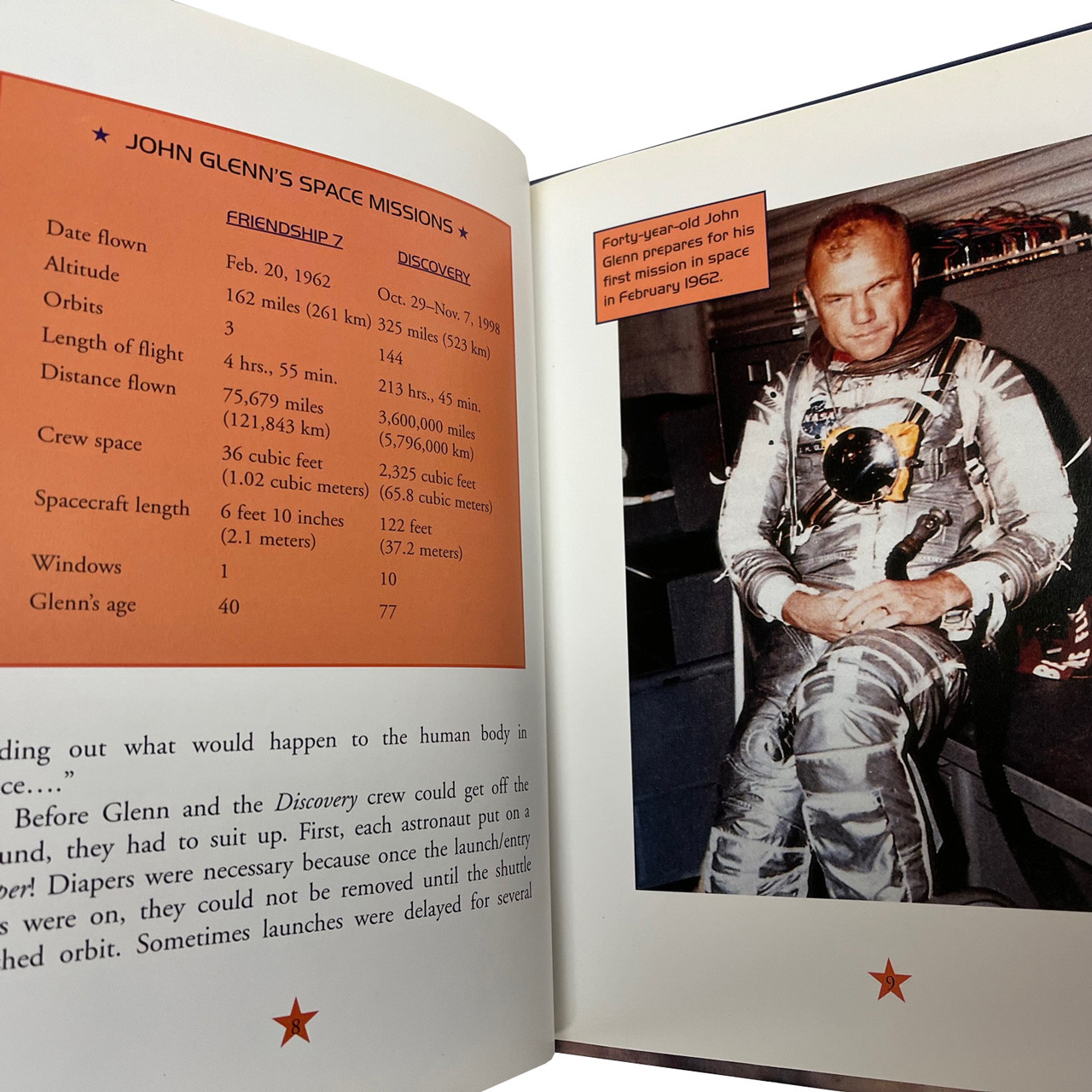 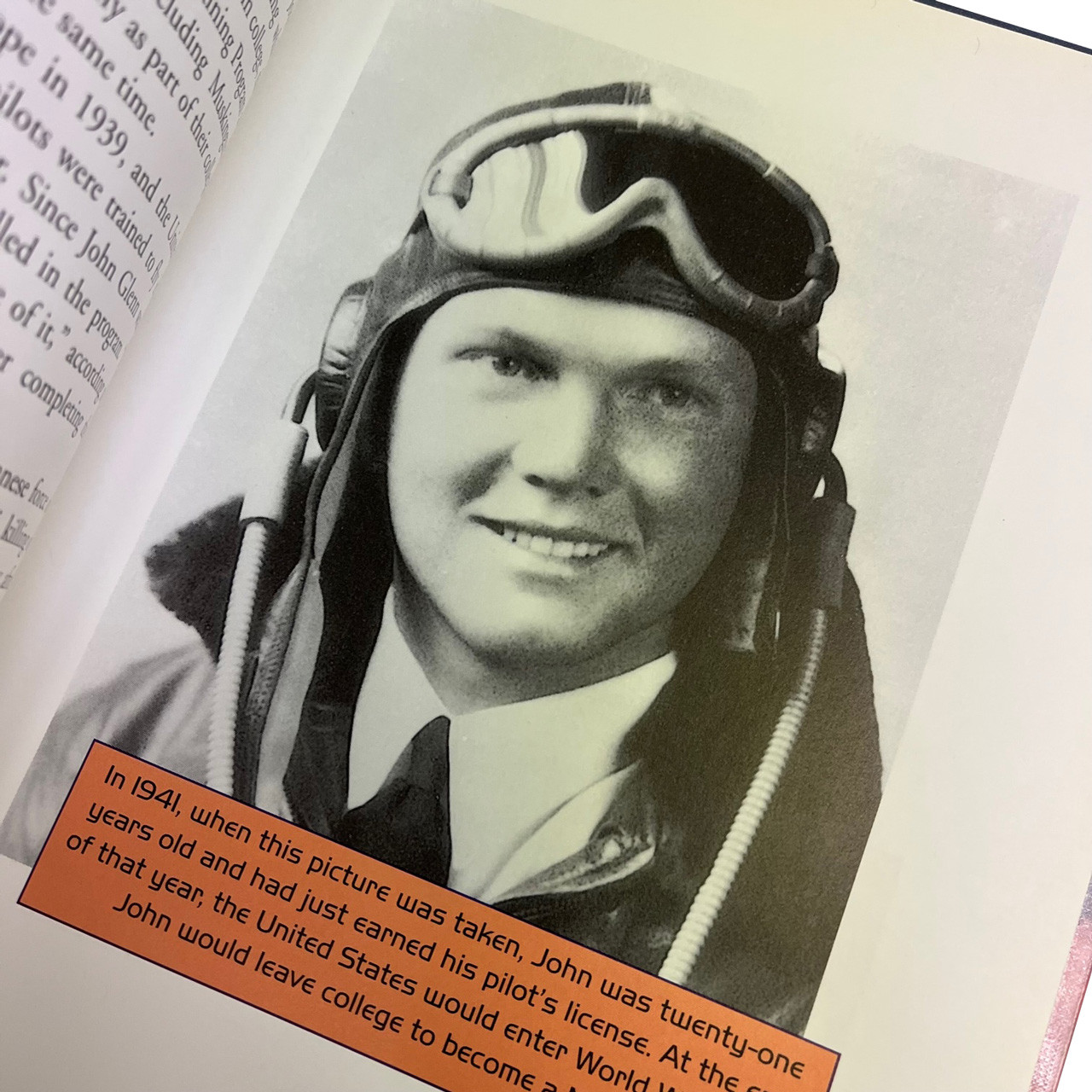 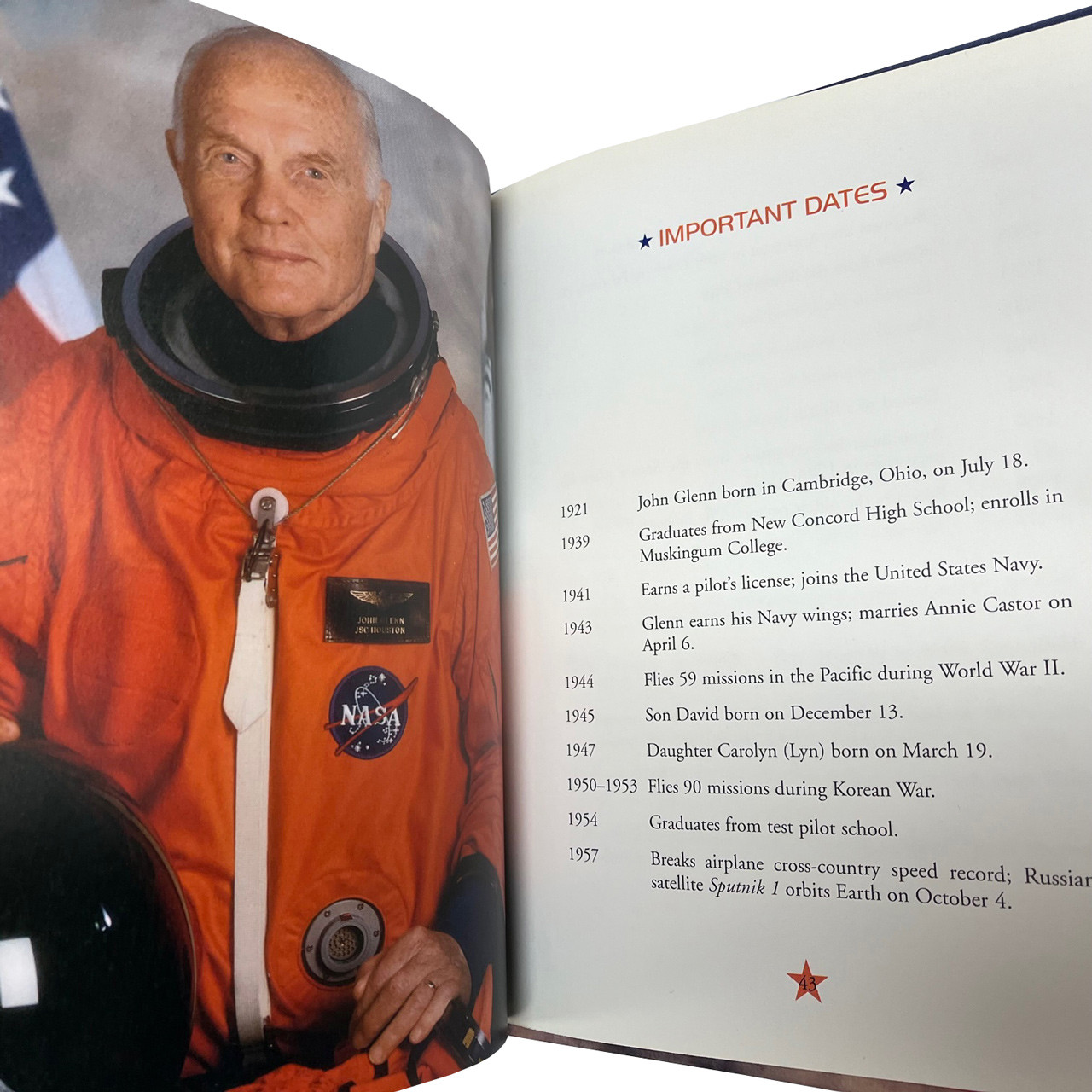 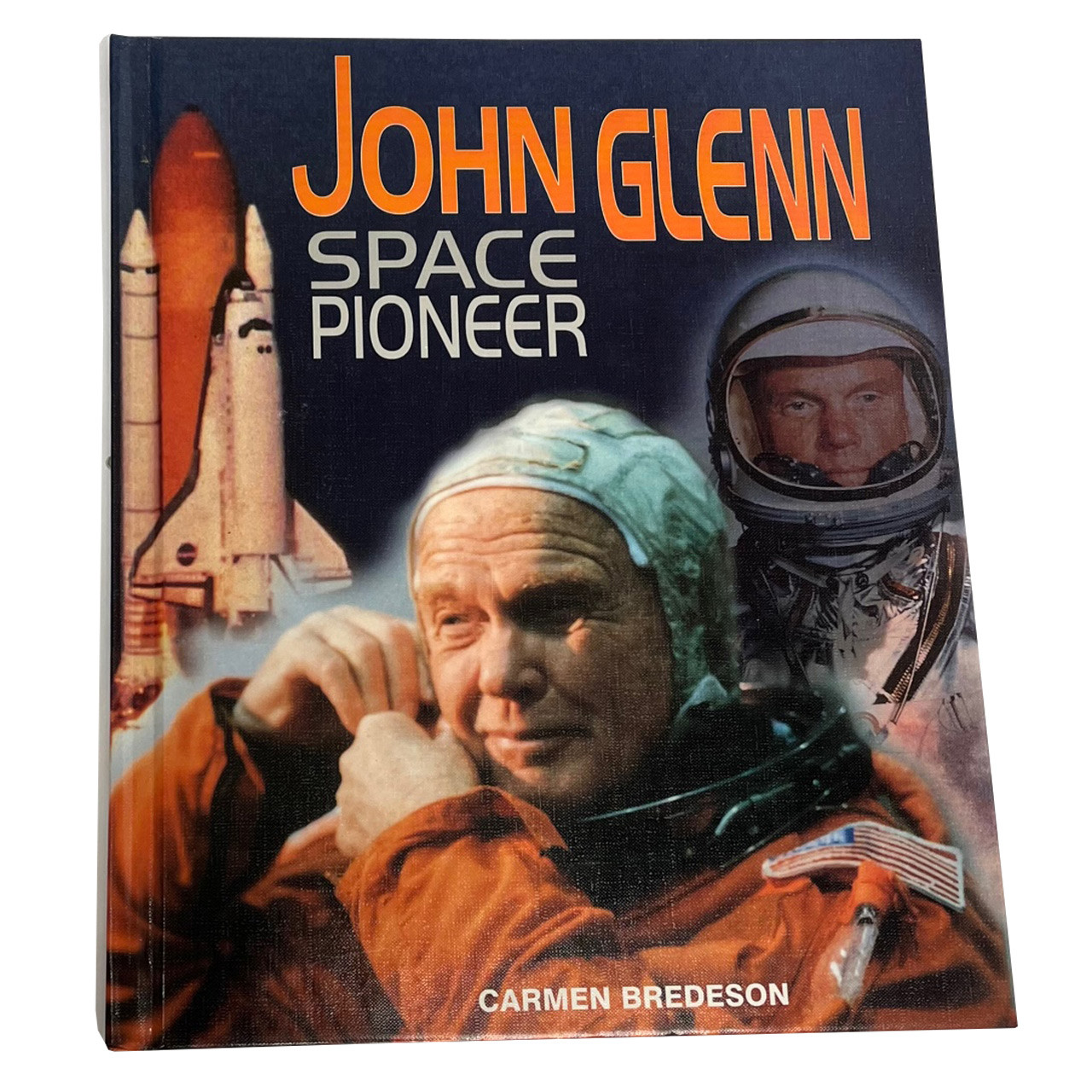 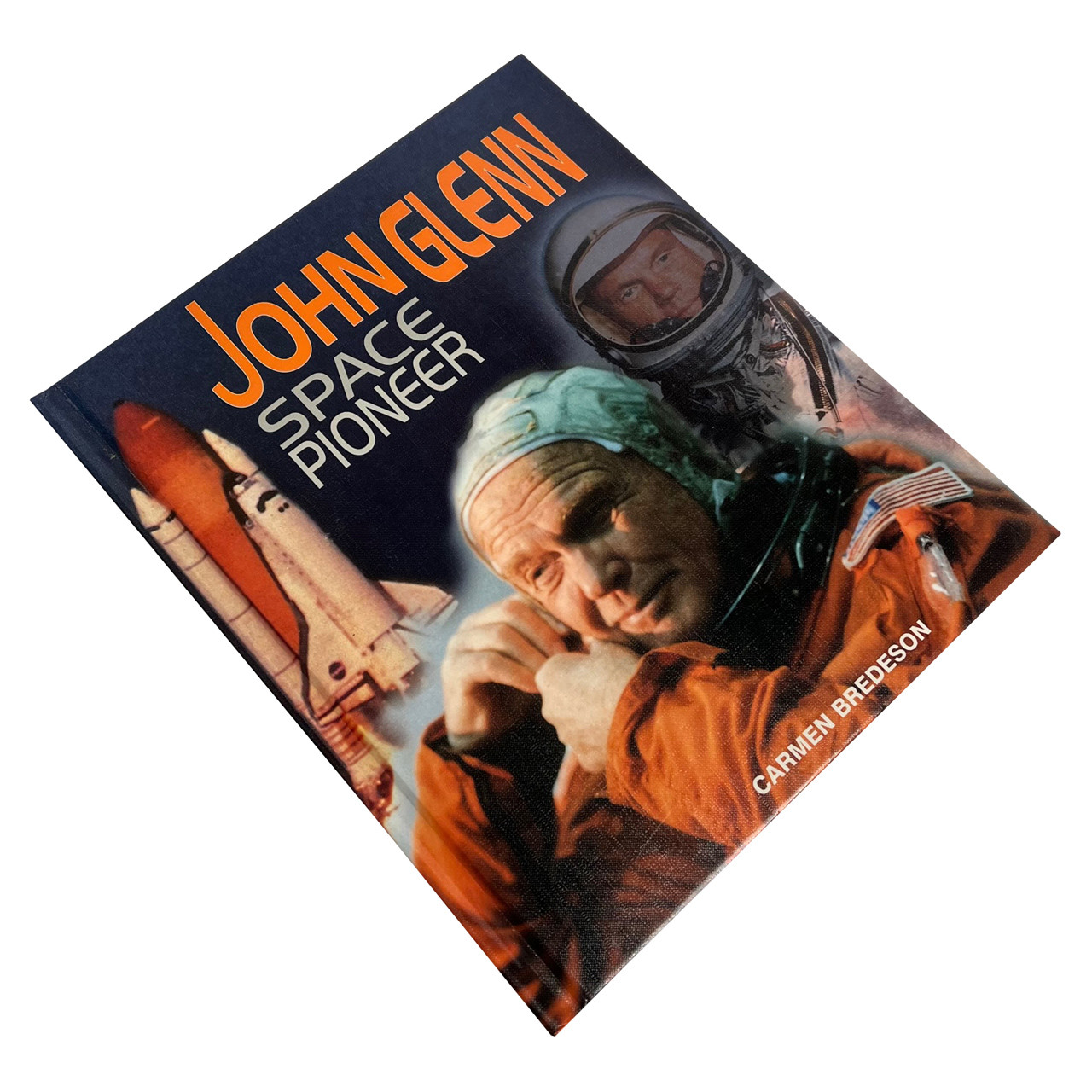 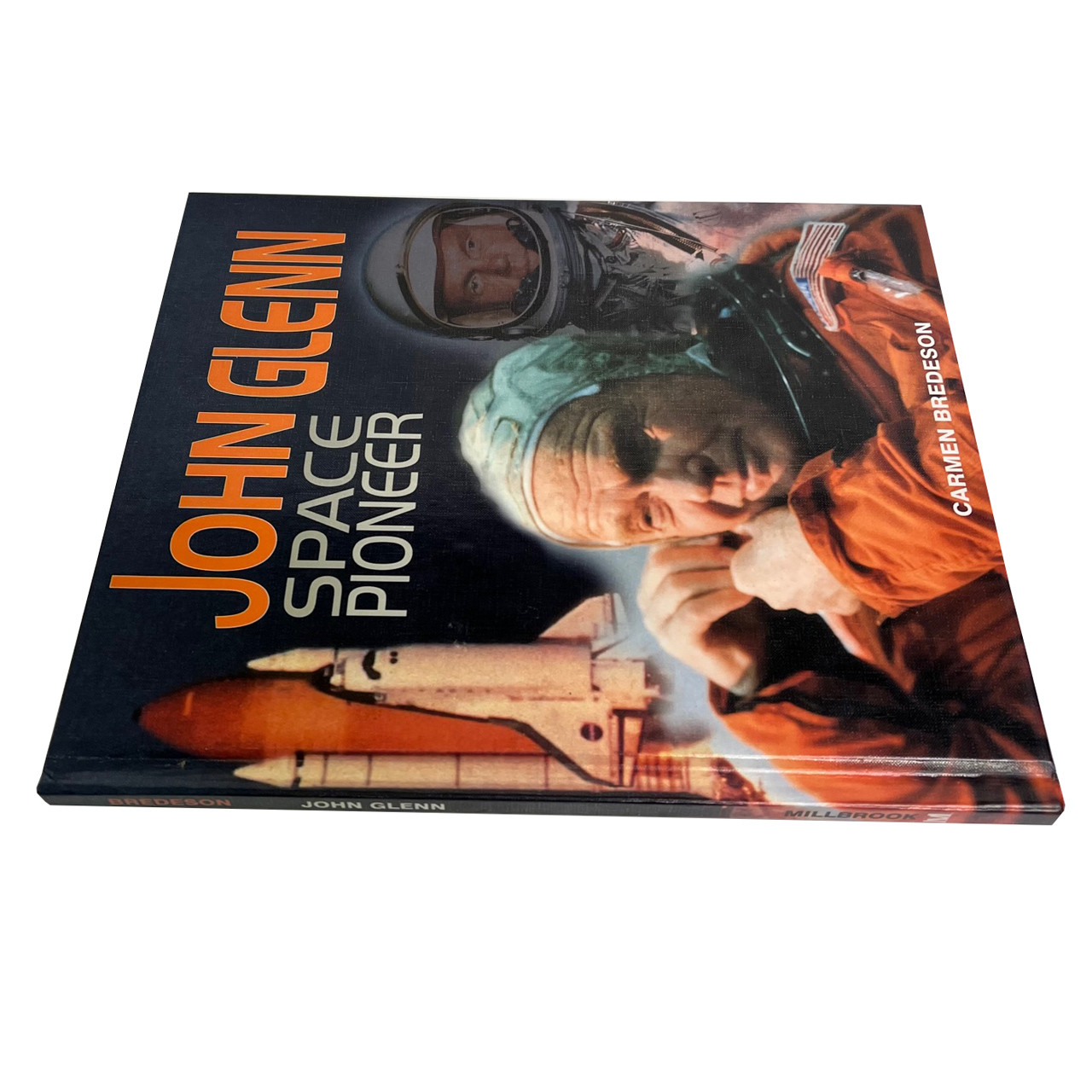 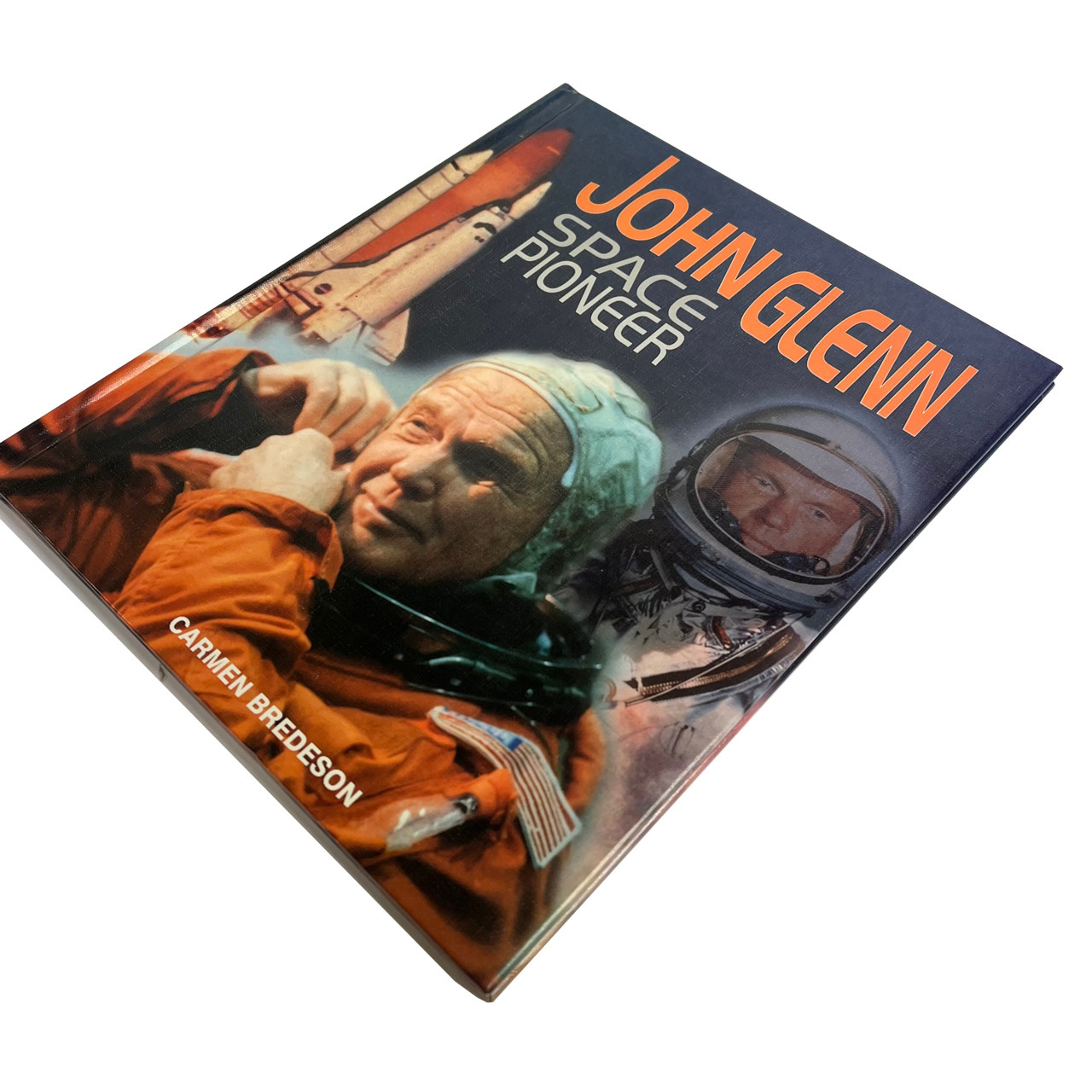 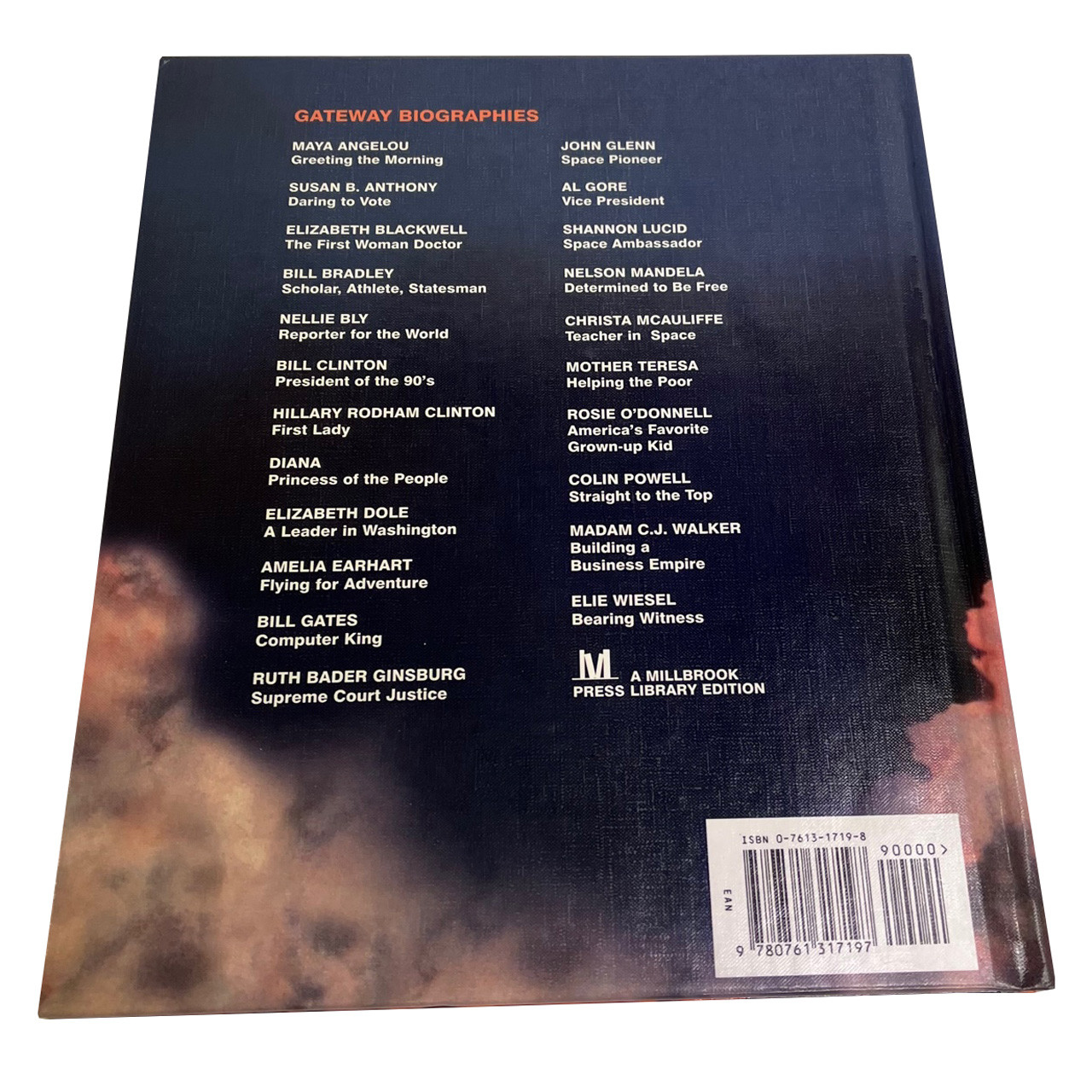 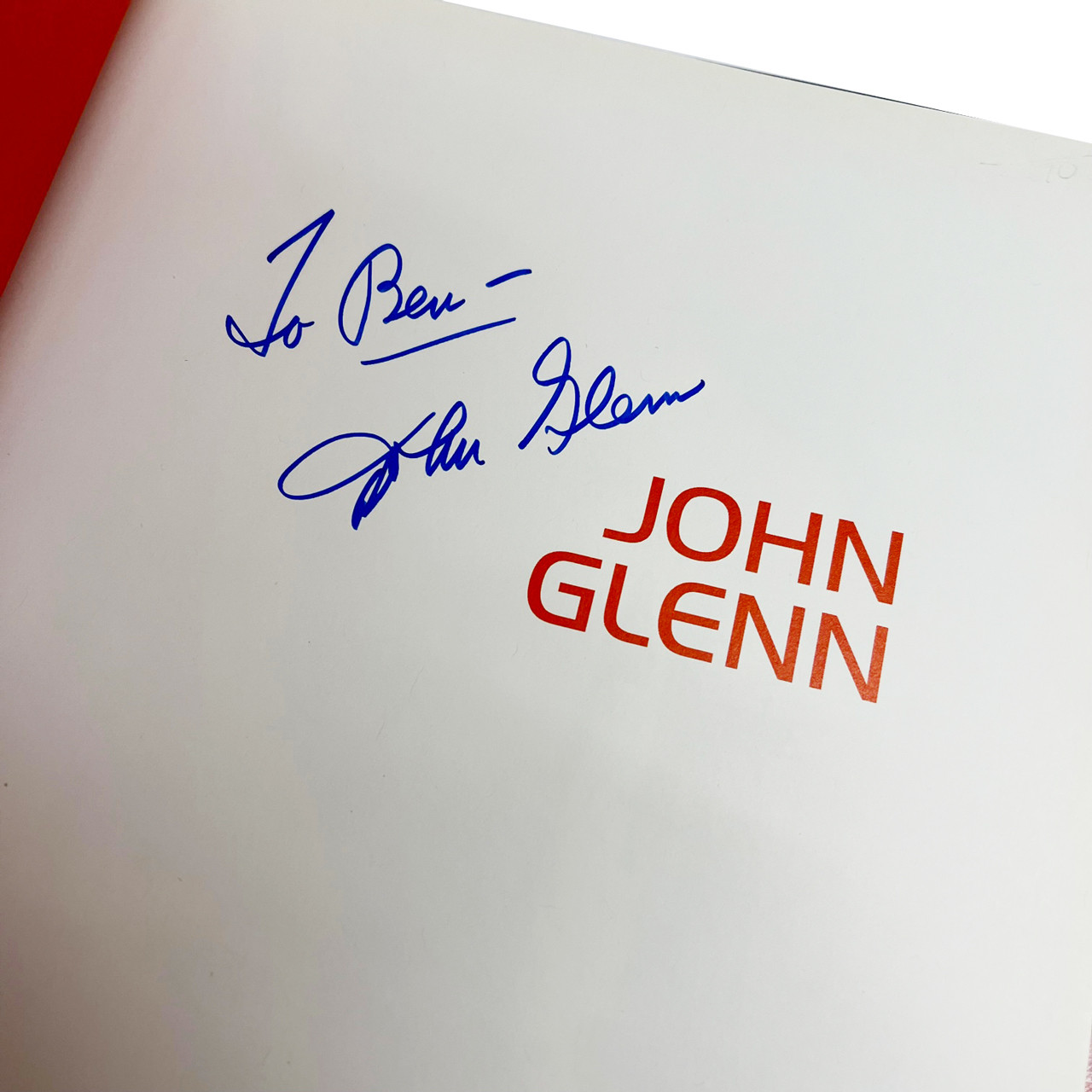 Personally signed by John Glenn, who served four terms as a U.S. senator from Ohio, and was one of NASA's original seven Mercury astronauts.

A highly sought after autograph. This wonderful collectible has been personally signed by John Glenn directly onto the title page of the book:

"John Glenn: Space Pioneer" provides readers with an insightful look at the great accomplishments of this celebrated American hero, from his first space flight in 1962 to his recent venture in 1998.

John Herschel Glenn Jr. (July 18, 1921 – December 8, 2016) was an American Marine Corps aviator, engineer, astronaut, businessman, and politician. He was the third American in space, and the first American to orbit the Earth, circling it three times in 1962. Following his retirement from NASA, he served from 1974 to 1999 as a Democratic United States Senator from Ohio; in 1998, he flew into space again at age 77.

Before joining NASA, Glenn was a distinguished fighter pilot in World War II, the Chinese Civil War and the Korean War. He shot down three MiG-15s, and was awarded six Distinguished Flying Crosses and eighteen Air Medals. In 1957, he made the first supersonic transcontinental flight across the United States. His on-board camera took the first continuous, panoramic photograph of the United States.

He was one of the Mercury Seven, military test pilots selected in 1959 by NASA as the nation's first astronauts. On February 20, 1962, Glenn flew the Friendship 7 mission, becoming the first American to orbit the Earth, the third American and fifth person in history to be in space. He received the NASA Distinguished Service Medal in 1962, the Congressional Space Medal of Honor in 1978, was inducted into the U.S. Astronaut Hall of Fame in 1990, and received the Presidential Medal of Freedom in 2012.

Glenn resigned from NASA in January 1964. A member of the Democratic Party, Glenn was first elected to the Senate in 1974 and served for 24 years, until January 1999. Aged 77, Glenn flew on Space Shuttle Discovery's STS-95 mission, making him the oldest person to enter Earth orbit, and the only person to fly in both the Mercury and the Space Shuttle programs. Glenn, both the oldest and the last surviving member of the Mercury Seven, died at the age of 95 on December 8, 2016. 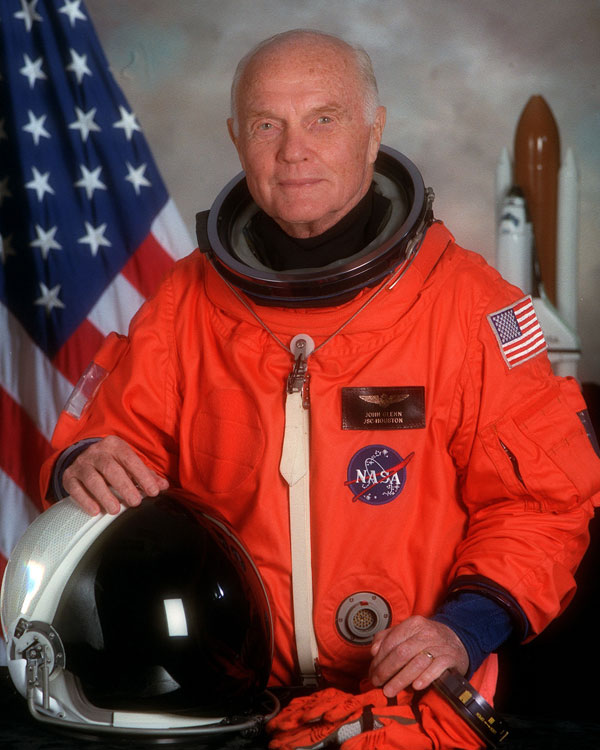 Carmen Bredeson, a former high school English teacher, has a master's degree in instructional technology. She has written more than eighty books for young people. 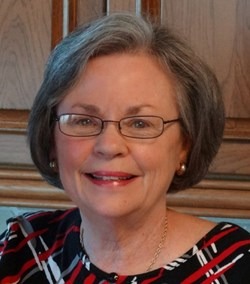 VERY FINE GUARANTEED. Very Fine without any flaws. The condition is of the highest quality without any flaws. Archival acid-free Mylar sleeve. Unread with square and tight spine. No bookplates attached or indication of any removed.