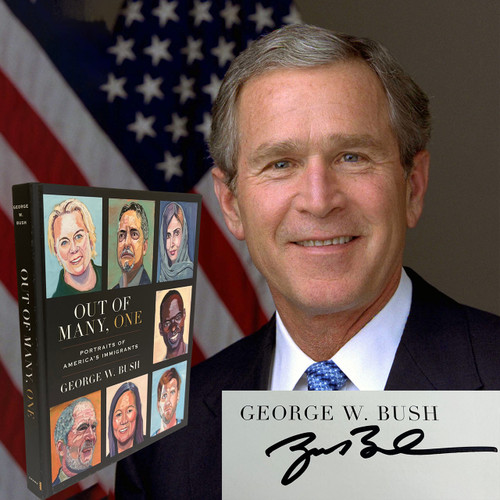 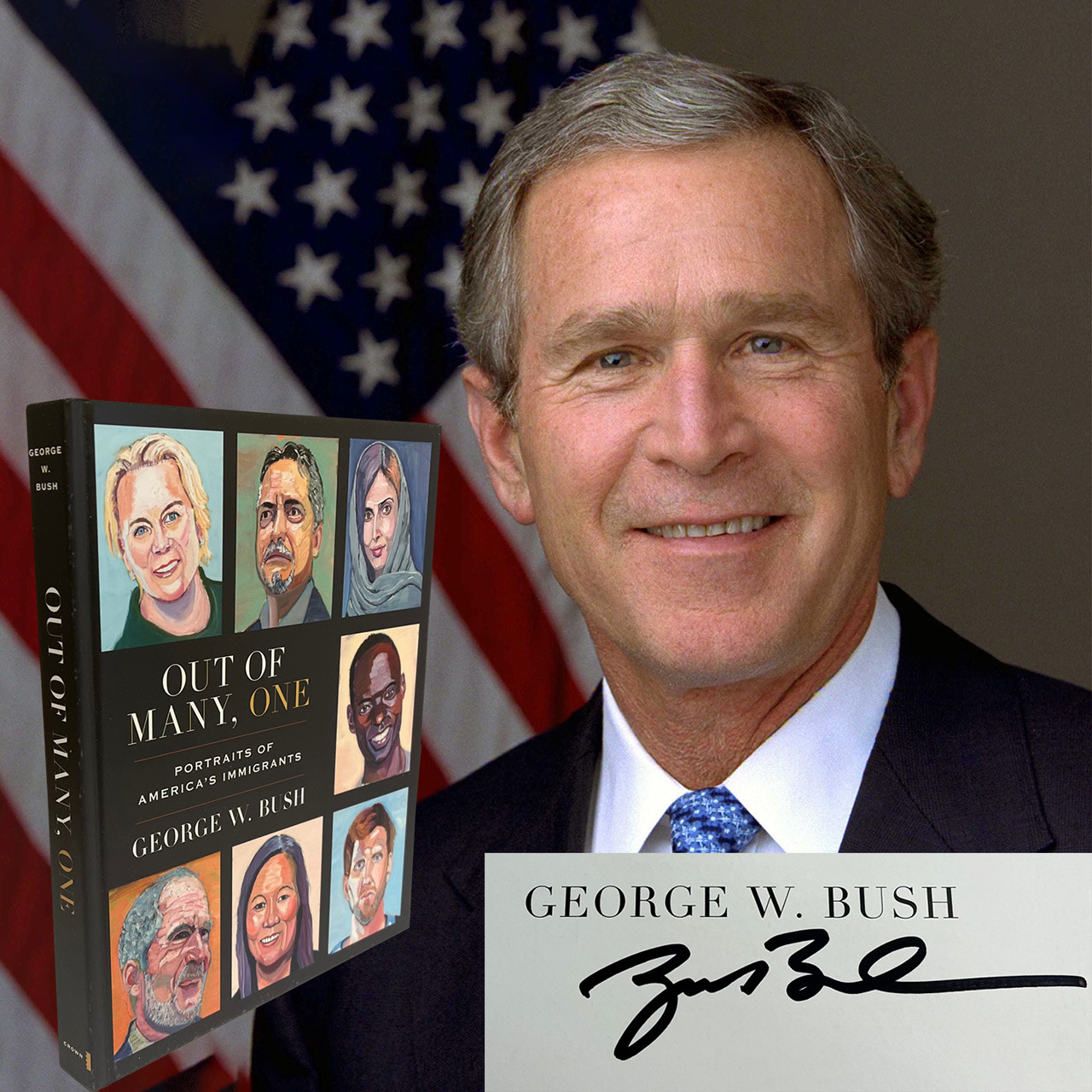 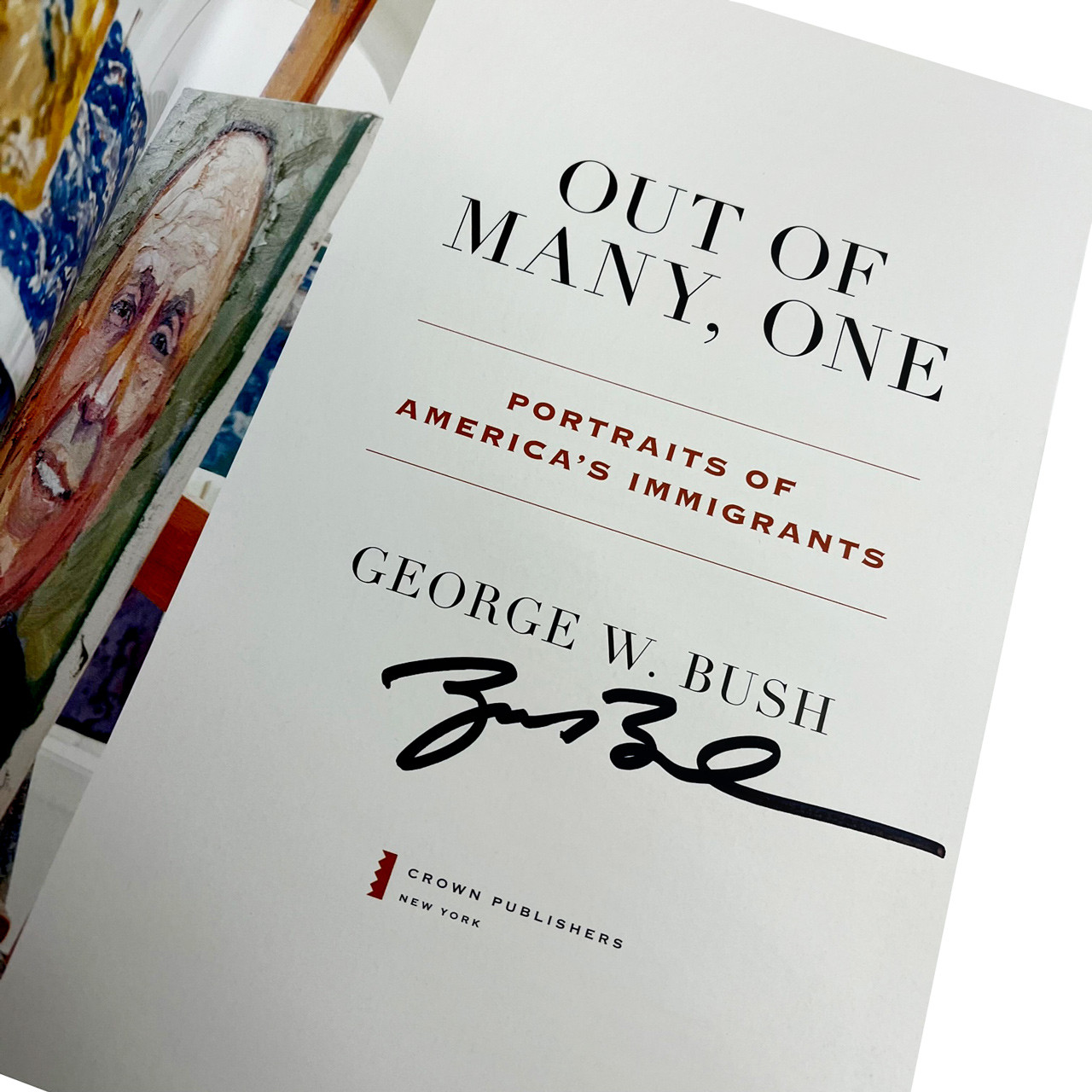 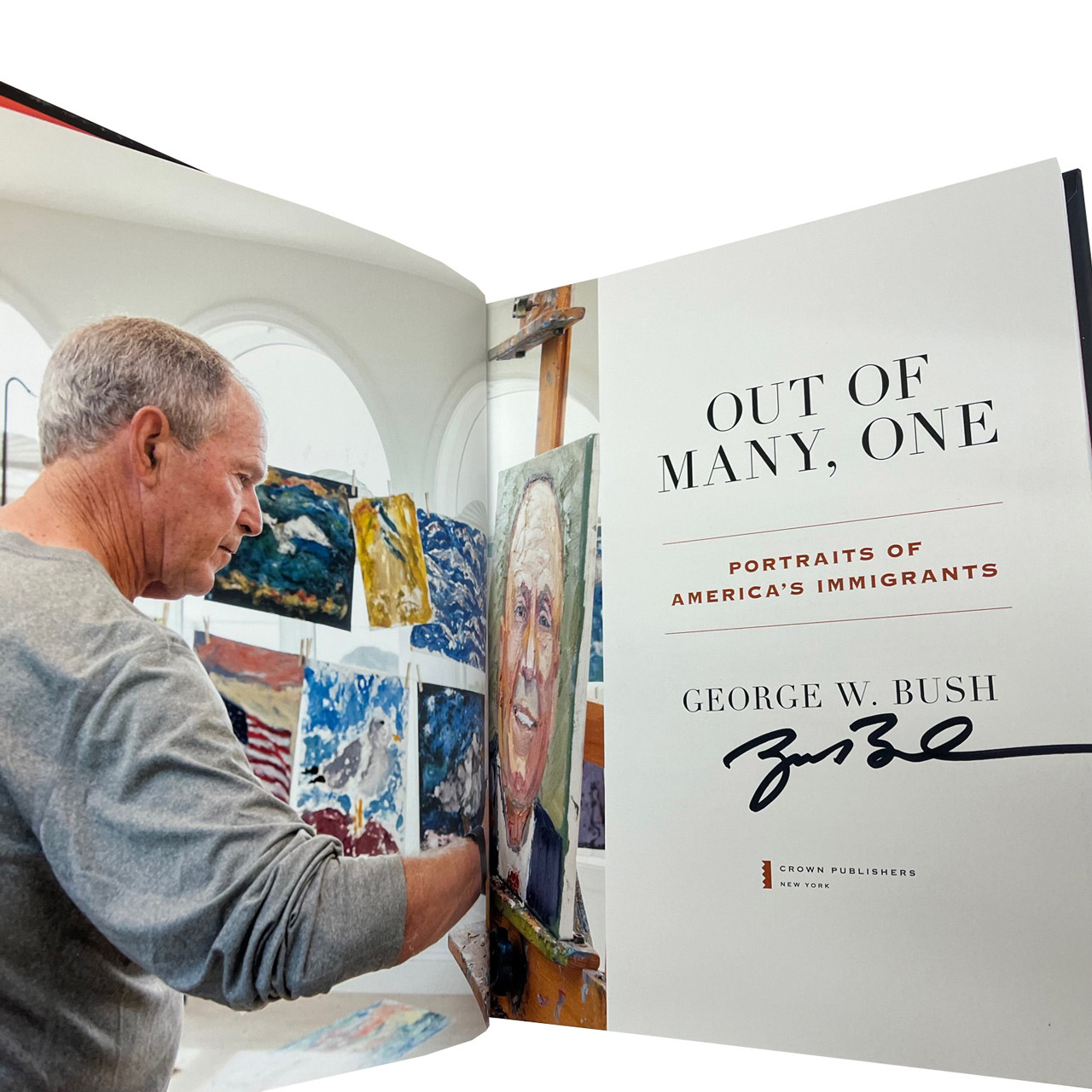 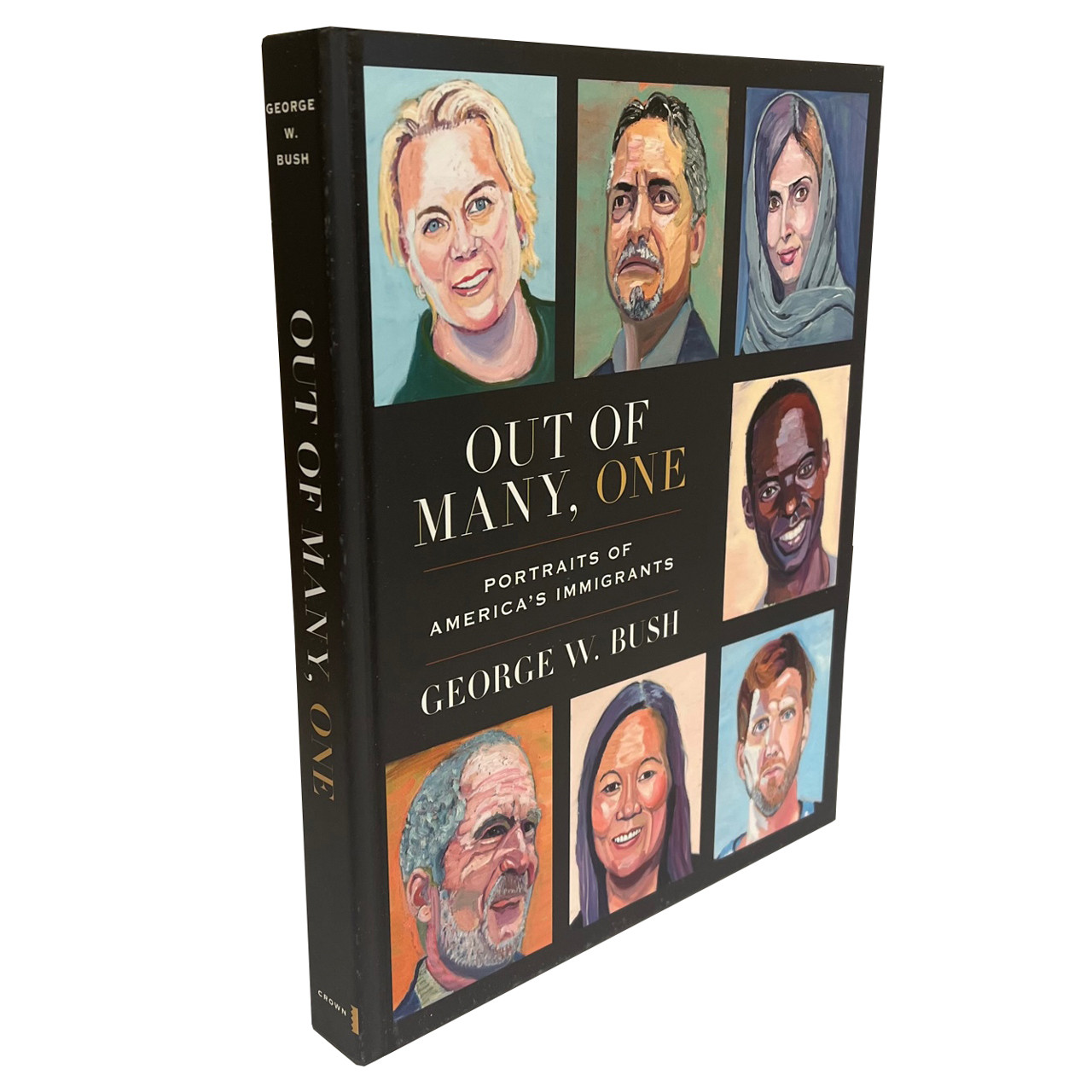 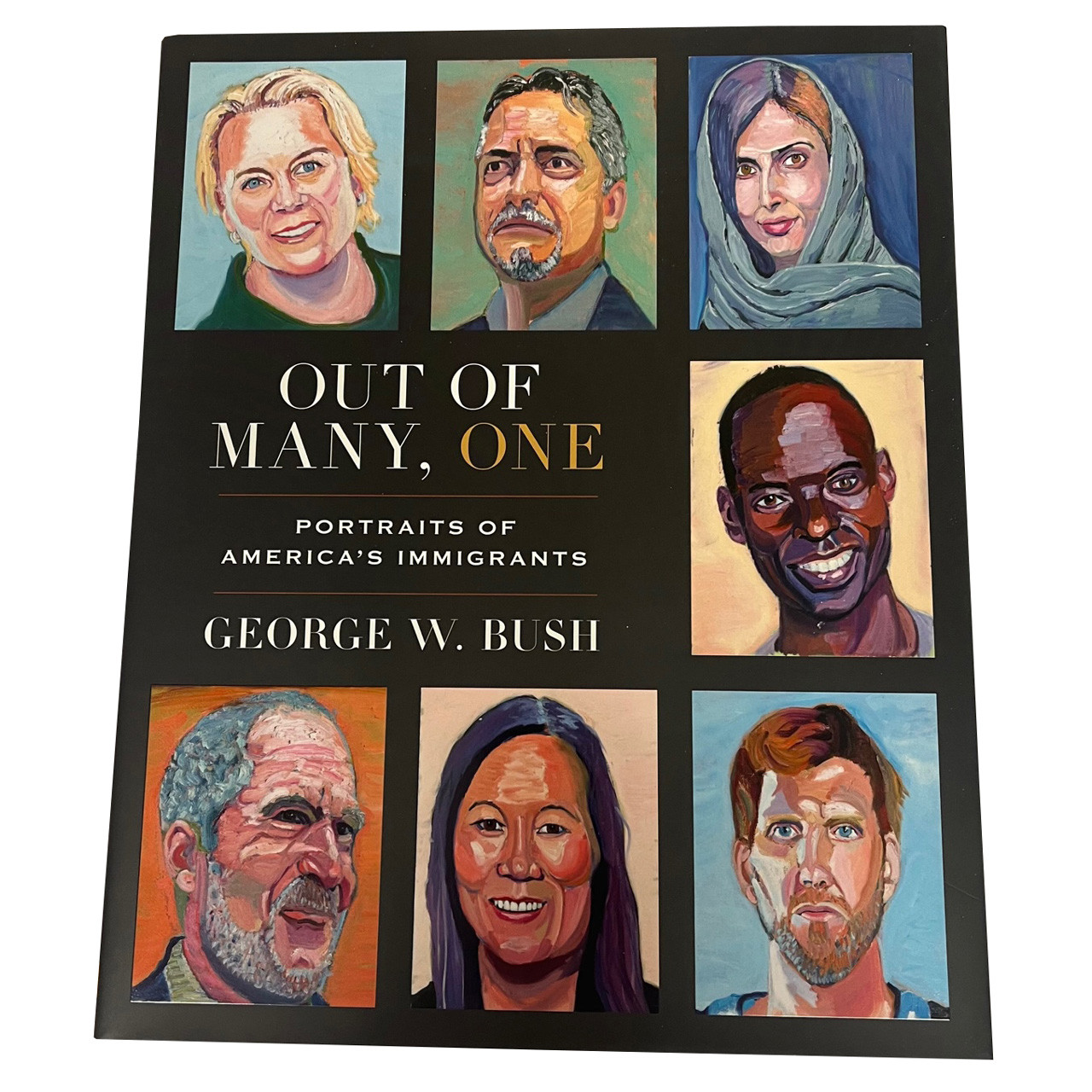 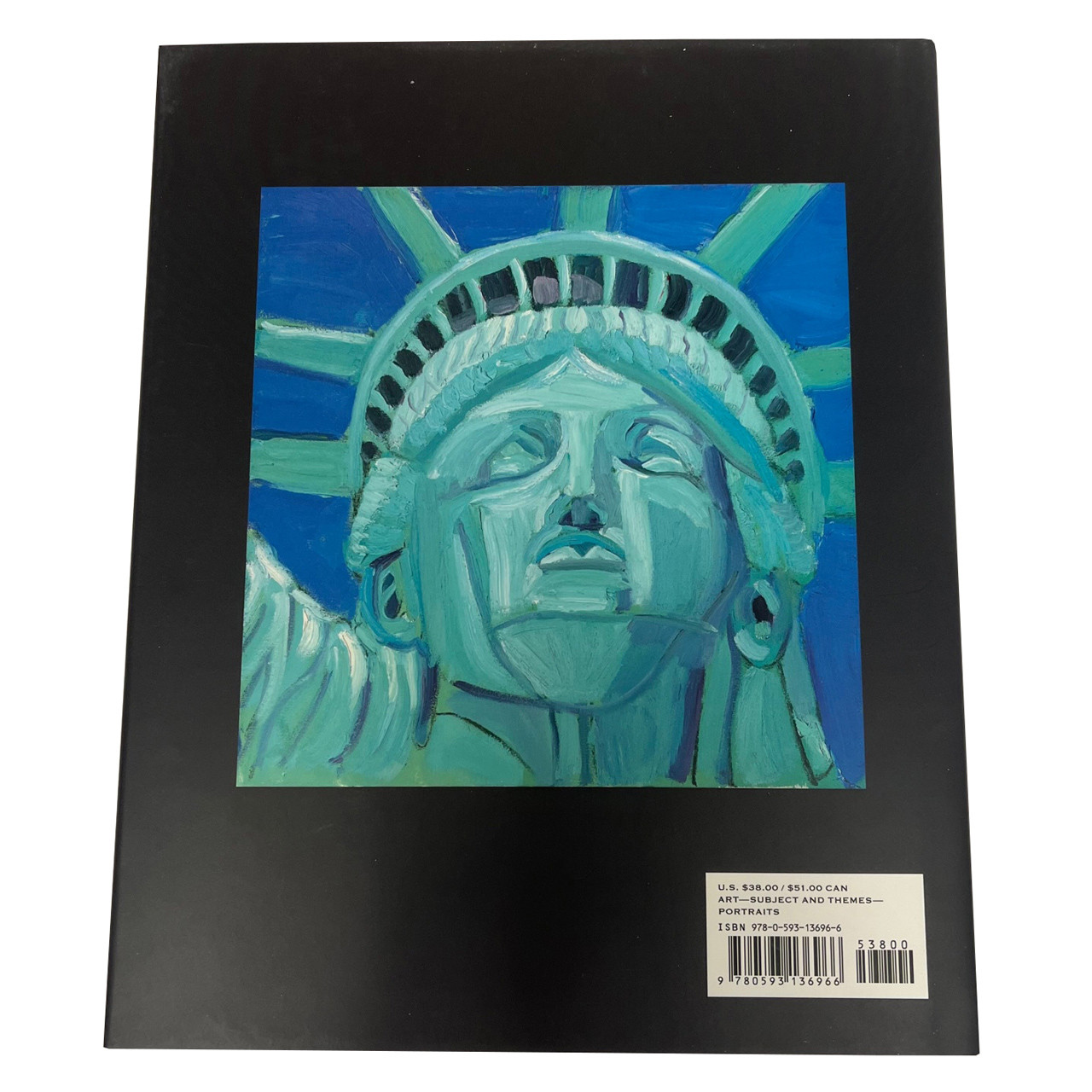 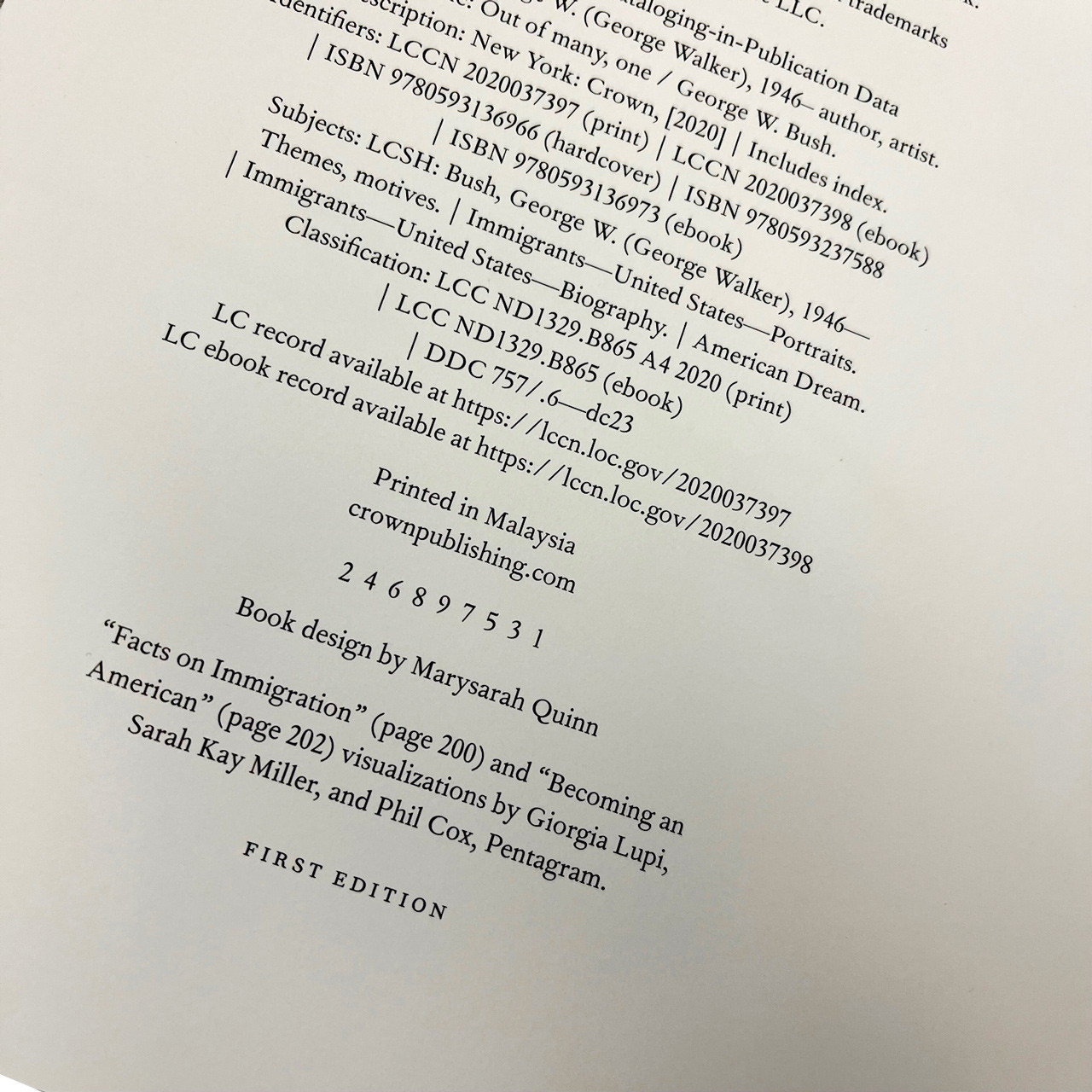 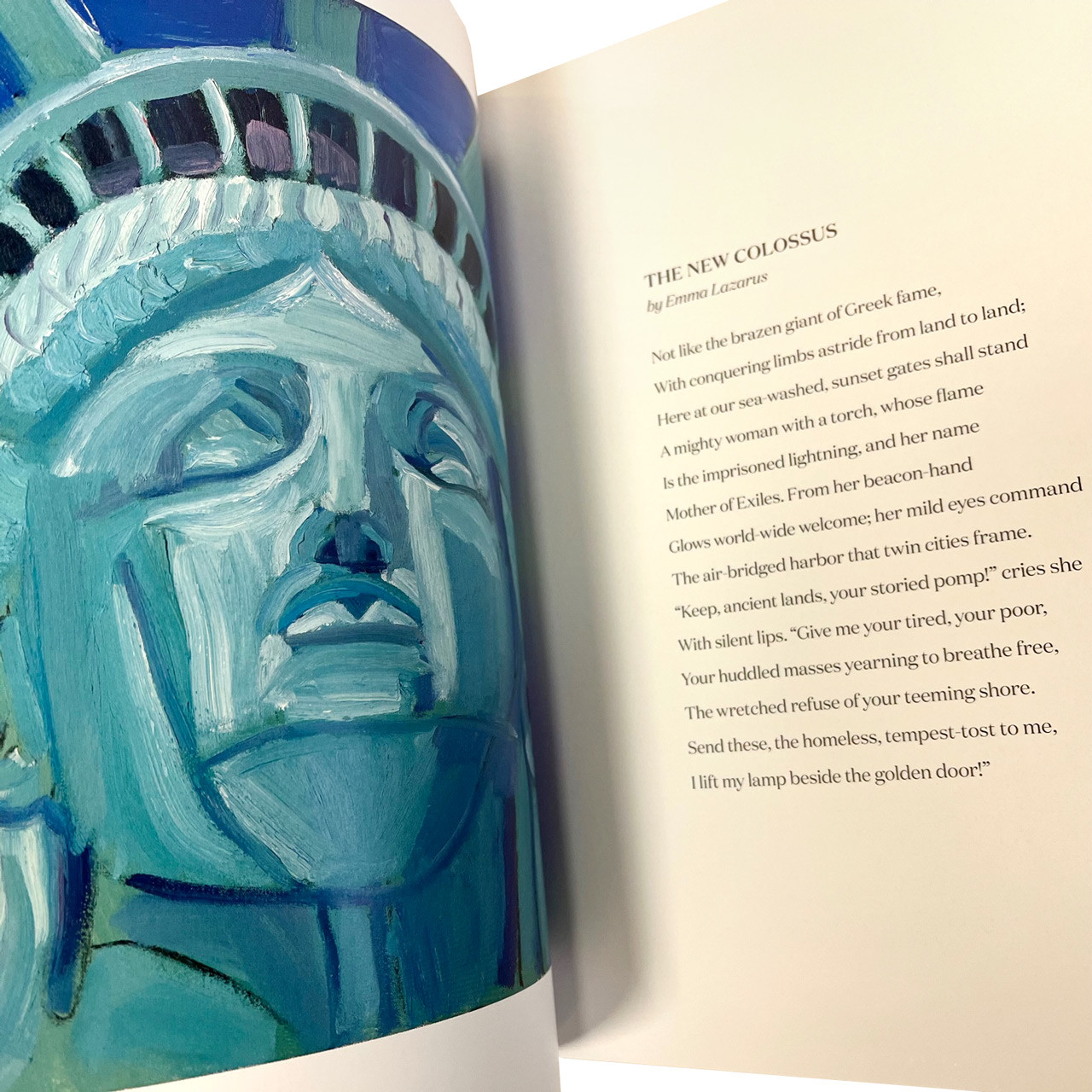 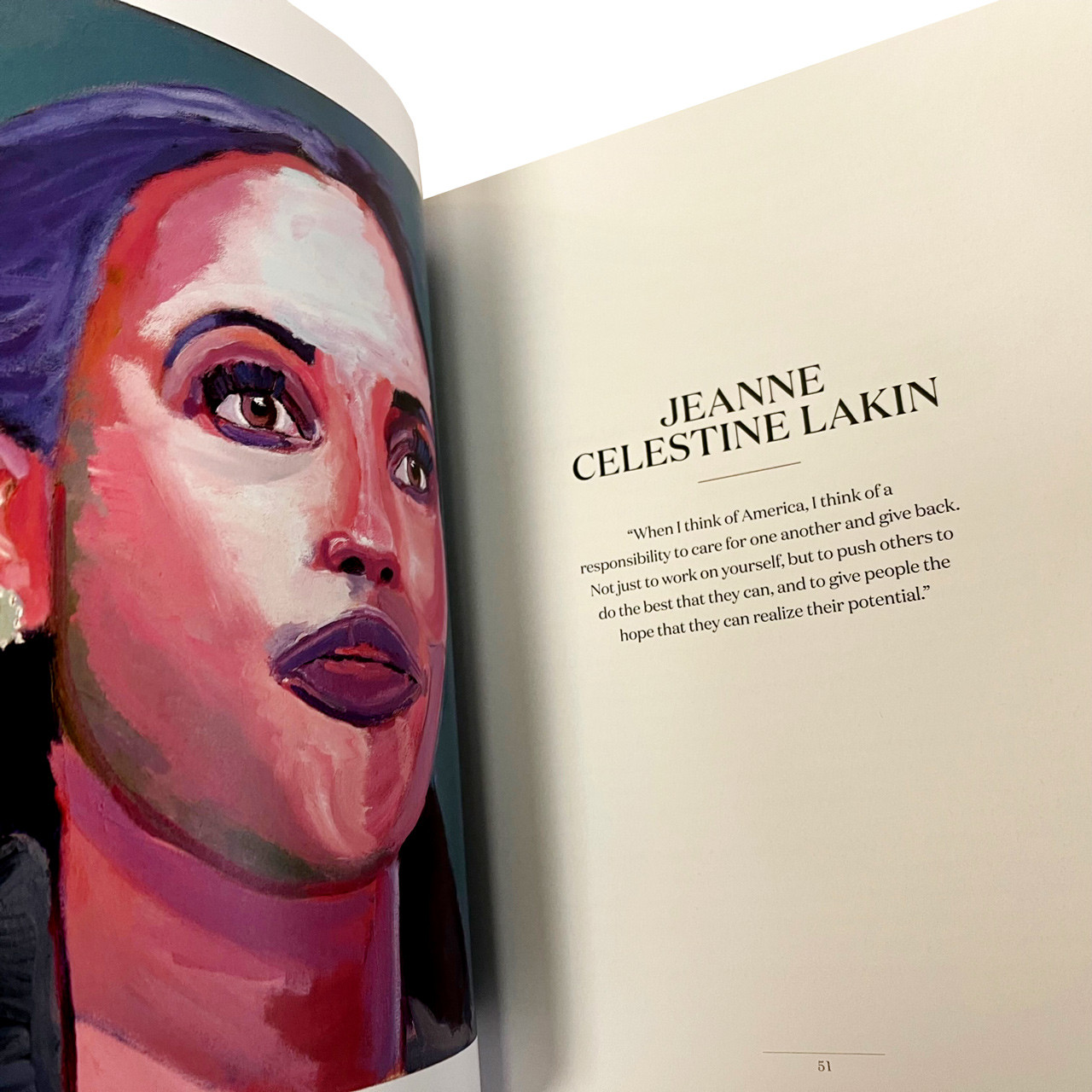 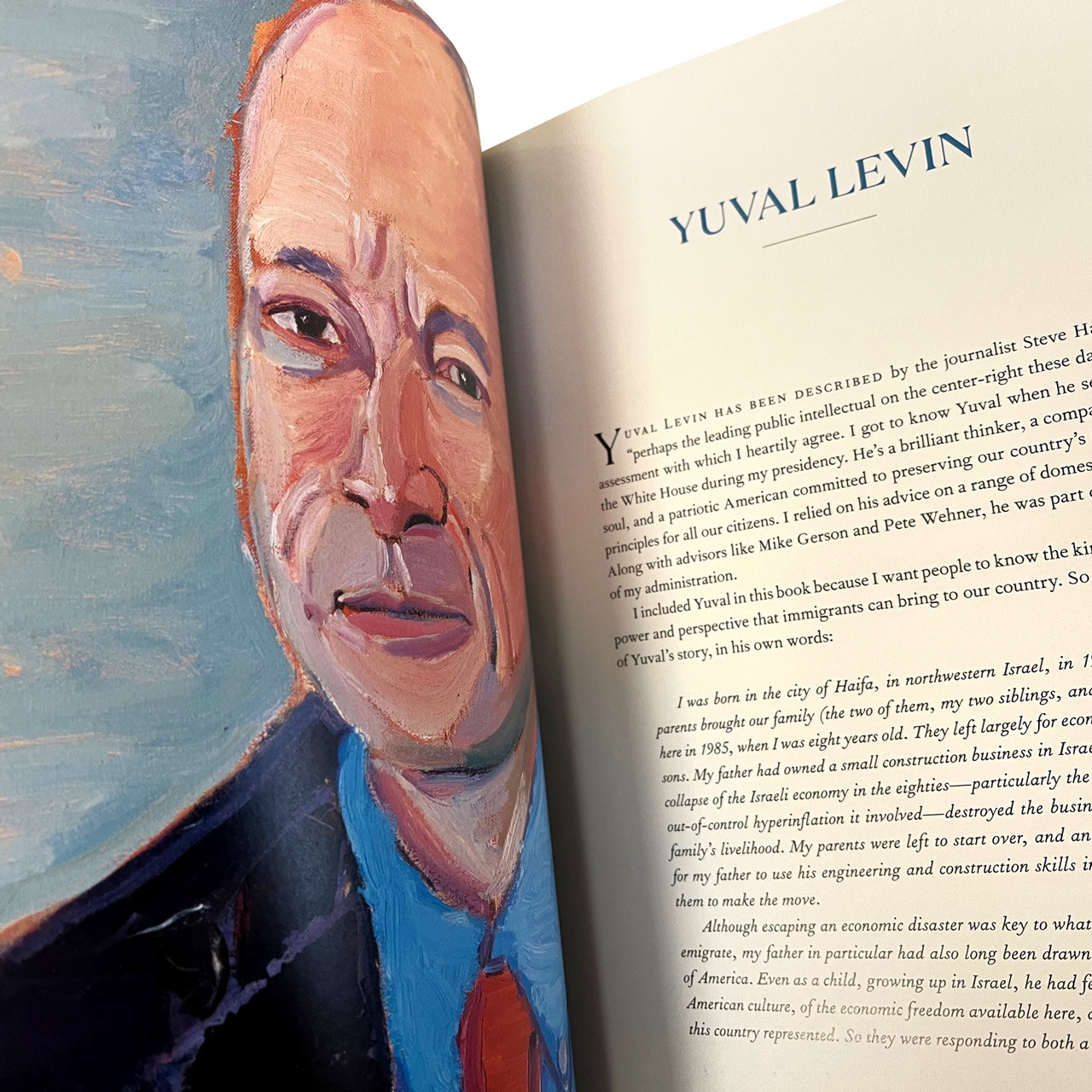 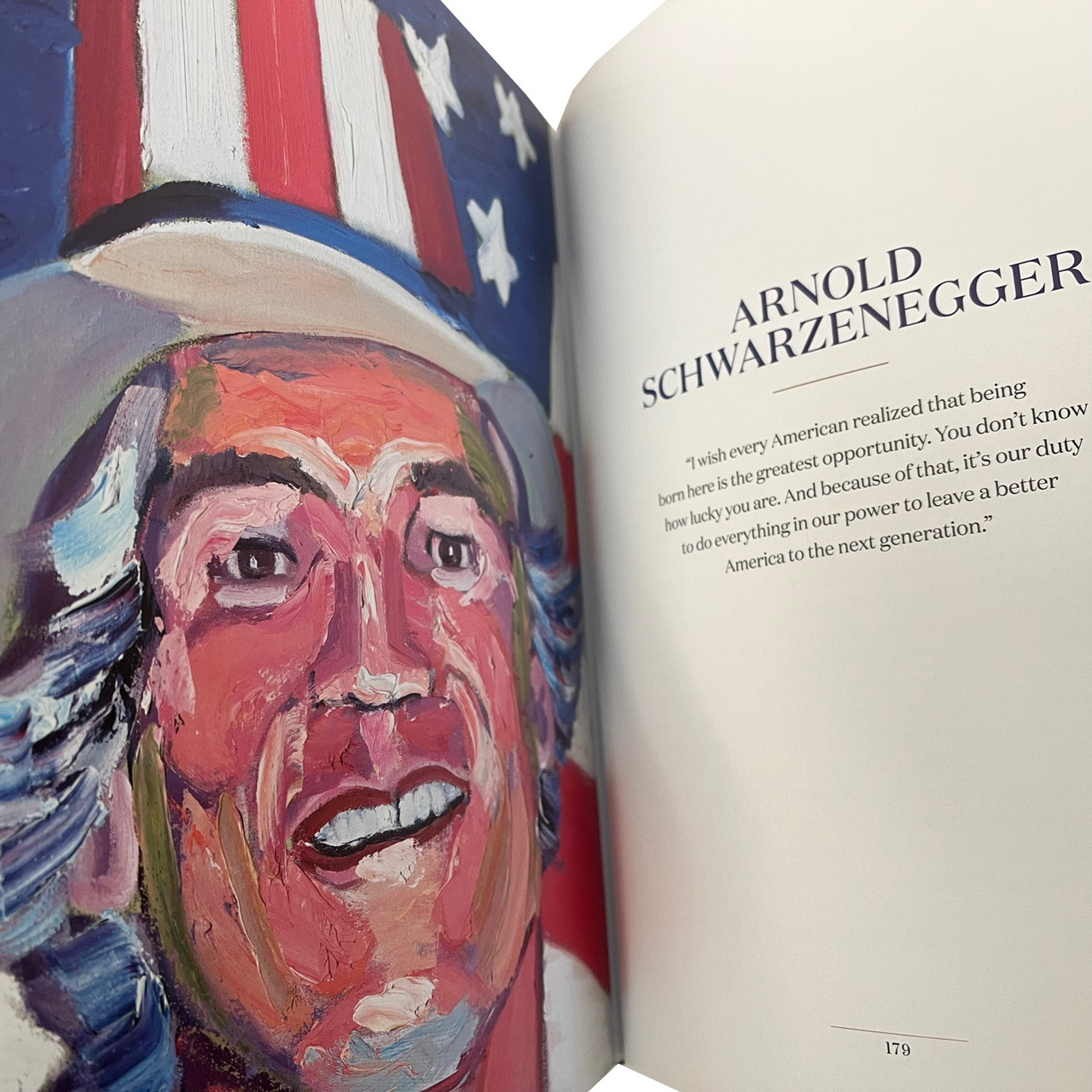 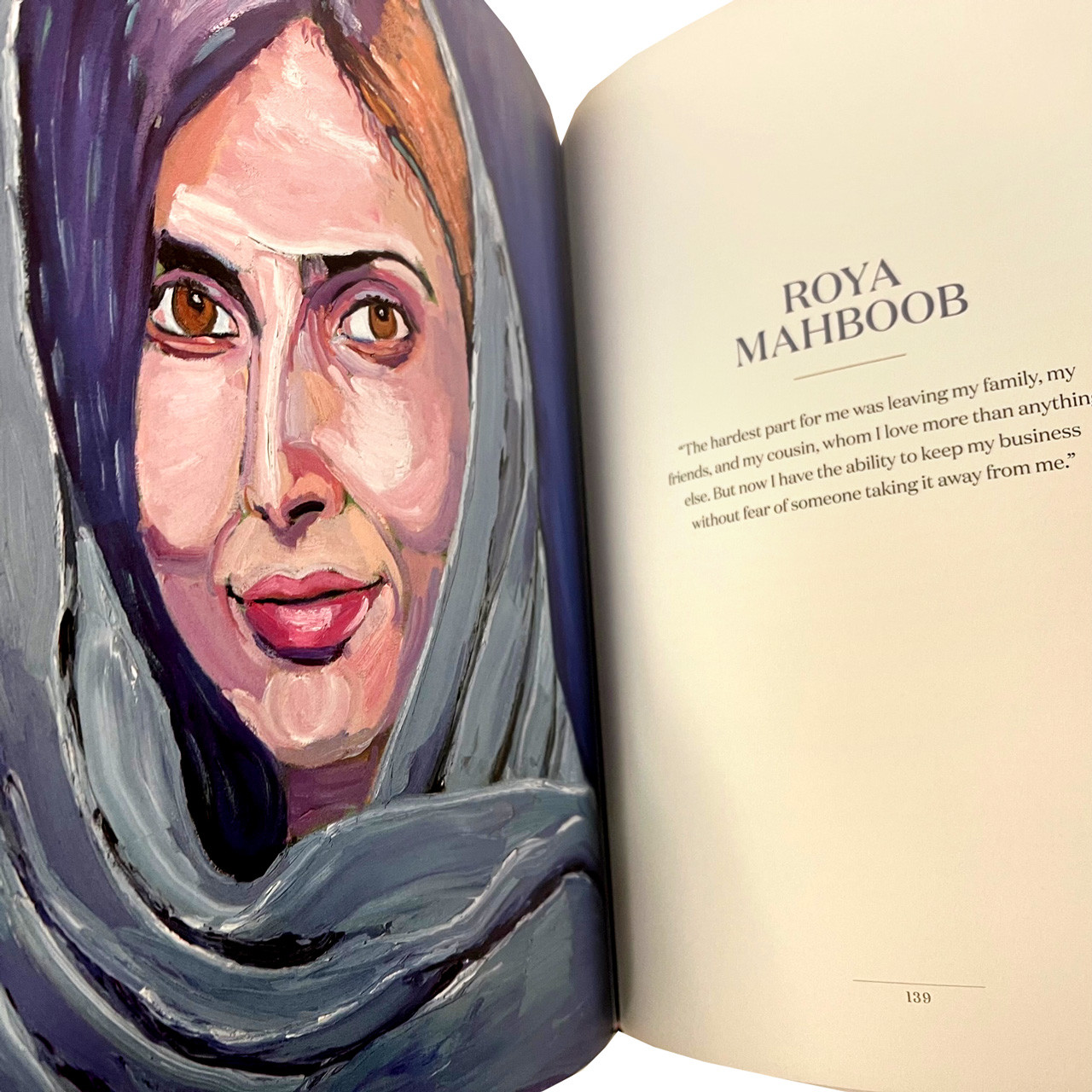 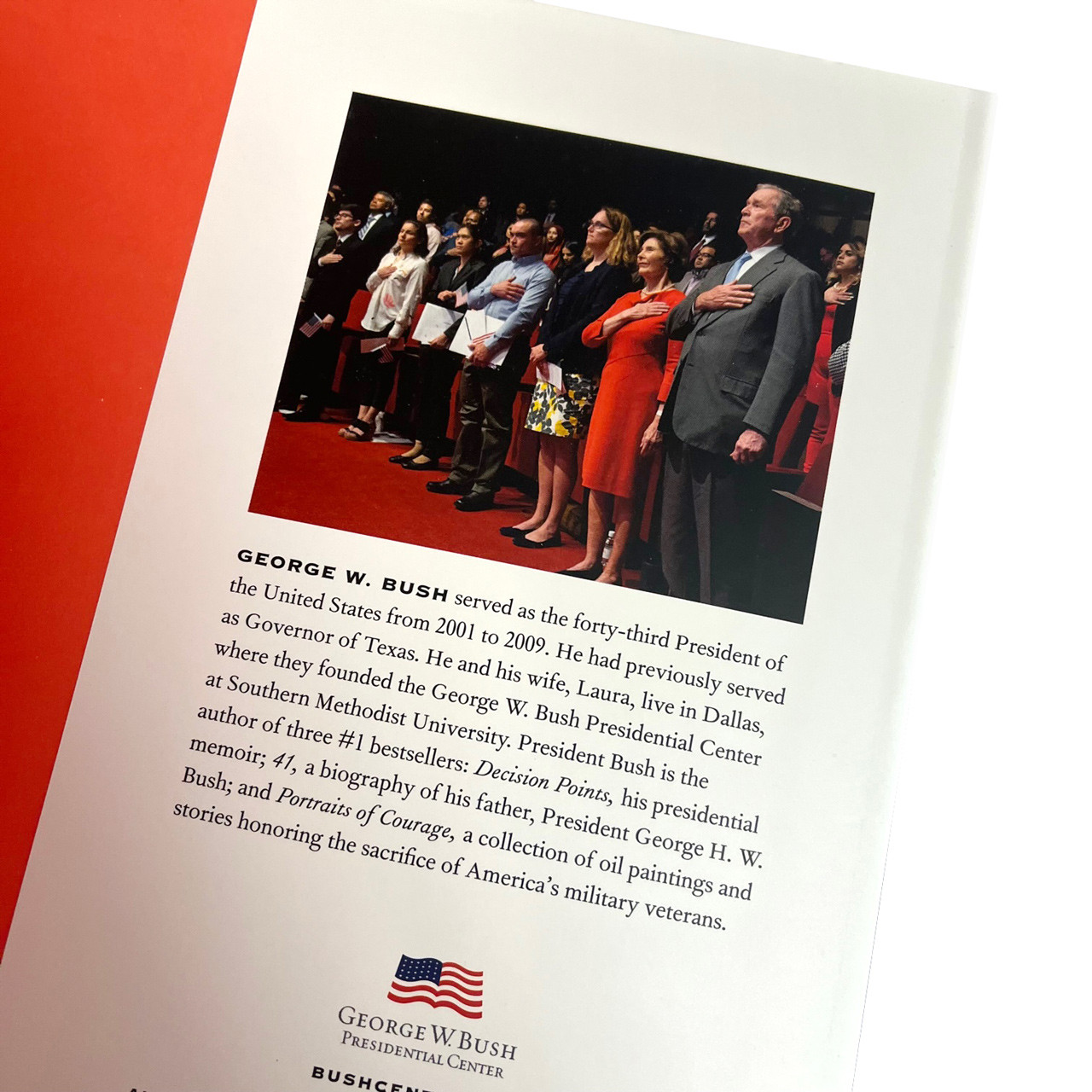 SIGNED DIRECTLY ONTO THE TITLE PAGE AND NOT ON THE MORE COMMON PUBLISHER TIPPED-IN PAGE. 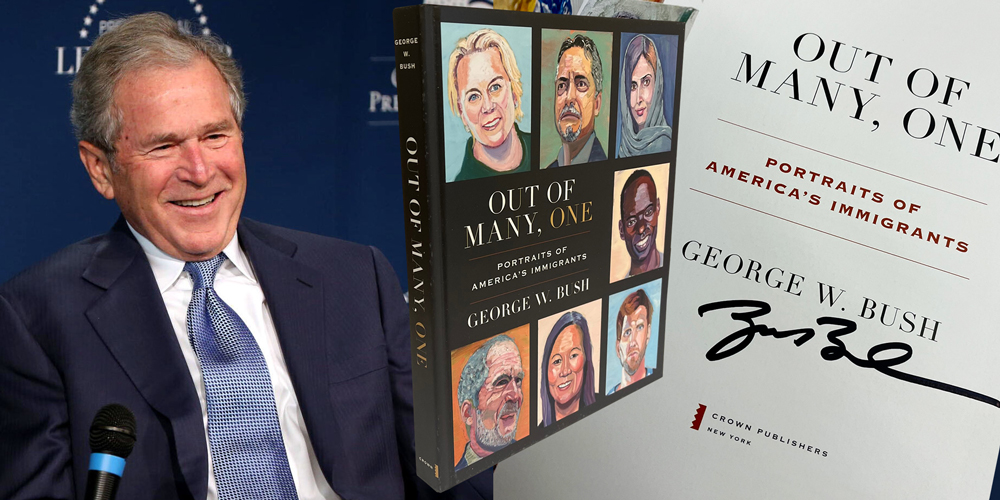 A Great Item for the Presidential Historian

Crown Publishing Group (April 20, 2021). George W. Bush "Out of Many, One: Portraits of America’s Immigrants".  Signed First Edition.  This first edition has been personally signed by George W. Bush directly onto the title page of the book. First Edition, First Printing with the full number line and "FIRST EDITION" as required on the copyright page. Bookseller issued COA - Certificate of Authenticity. Fine/Fine without any flaws. Archival acid-free Mylar sleeve.

The most collectible and desirable state of the publication. You will receive a slipcased FIRST EDITION, FIRST PRINTING with the full number line (2 4 6 8 9 7 5 3 1 ) as required on the copyright page by the publisher. "FIRST EDITION" is also printed on the copyright page. This special edition will become a valuable addition for any presidential library. It can also make a wonderful unique gift for someone special. 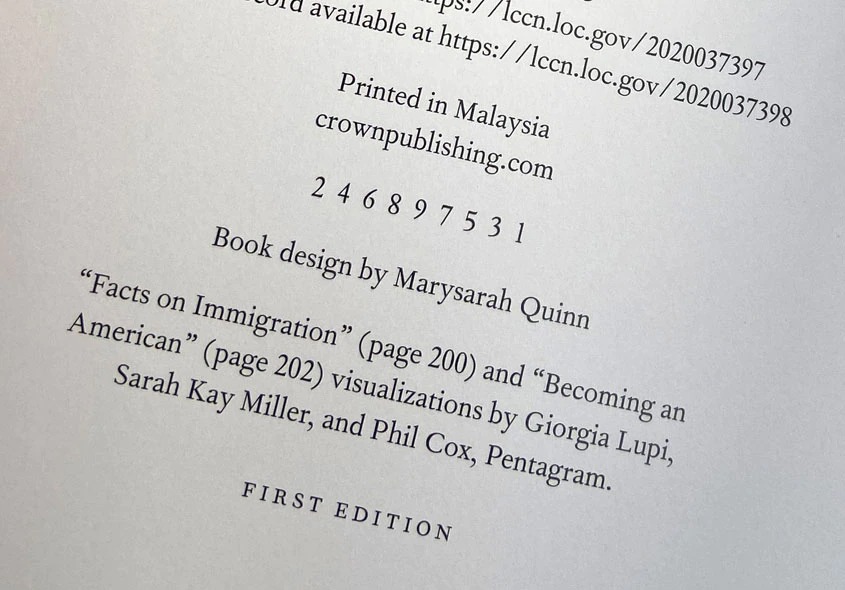 PERSONALLY SIGNED DIRECTLY ONTO THE TITLE PAGE OF THE BOOK

This first edition has been personally signed by President George W. Bush directly onto the title page and NOT on a bookplate which was then affixed into the book, or on the more common publisher tipped-in page. 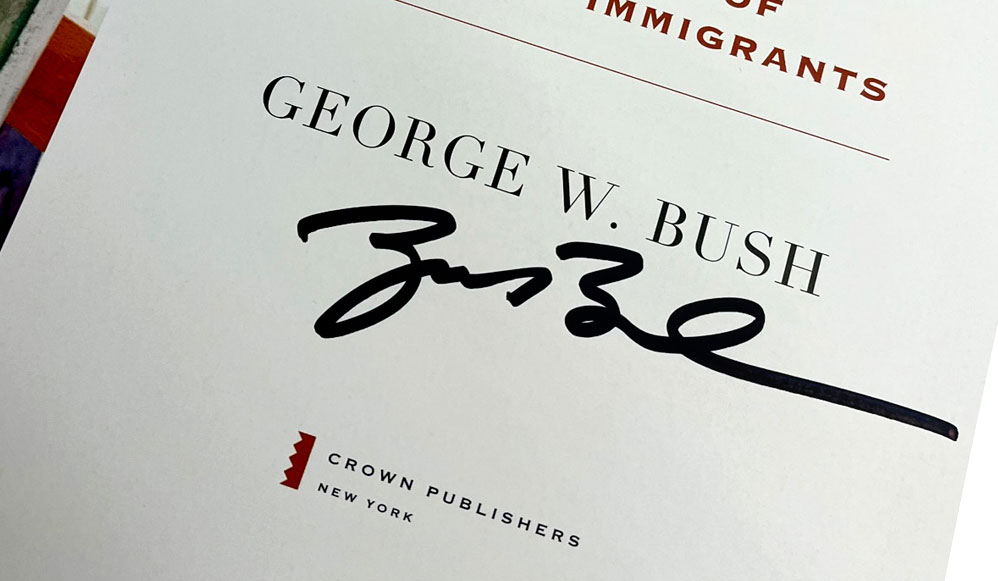 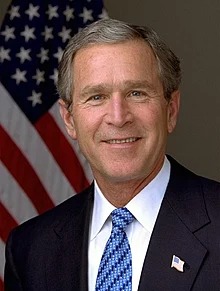 Fine/Fine without any flaws. Archival acid-free Mylar sleeve. A wonderful bright clean copy free of any markings, writings, or stamps. Sharp corners that have not been bumped. Unread book with square and tight binding. No bookplates attached or indication of any removed. The page edges are free of any marks, scratches, or blemishes. Includes COA.

Publisher:
Crown Publishers 2021
Edition:
Signed First Edition
Binding:
Hardcover
Author:
George W. Bush
Signature Authenticity:
LIFETIME GUARANTEE OF SIGNATURE AUTHENTICITY. This first edition has been personally signed by President George W. Bush directly into the book. The autograph is not a facsimile, stamp, or auto-pen.
Title:
Out Of Many, One