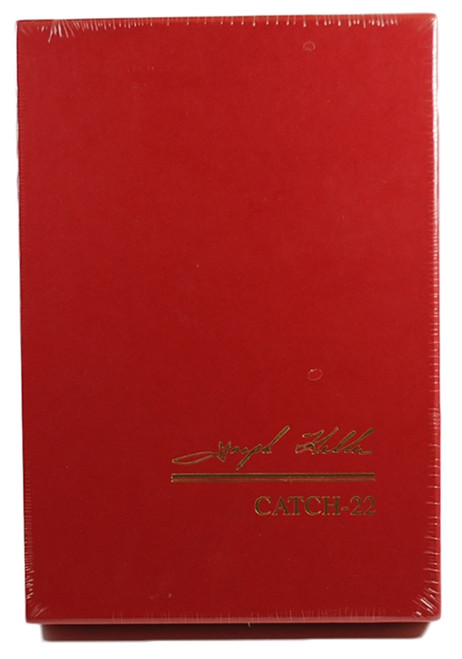 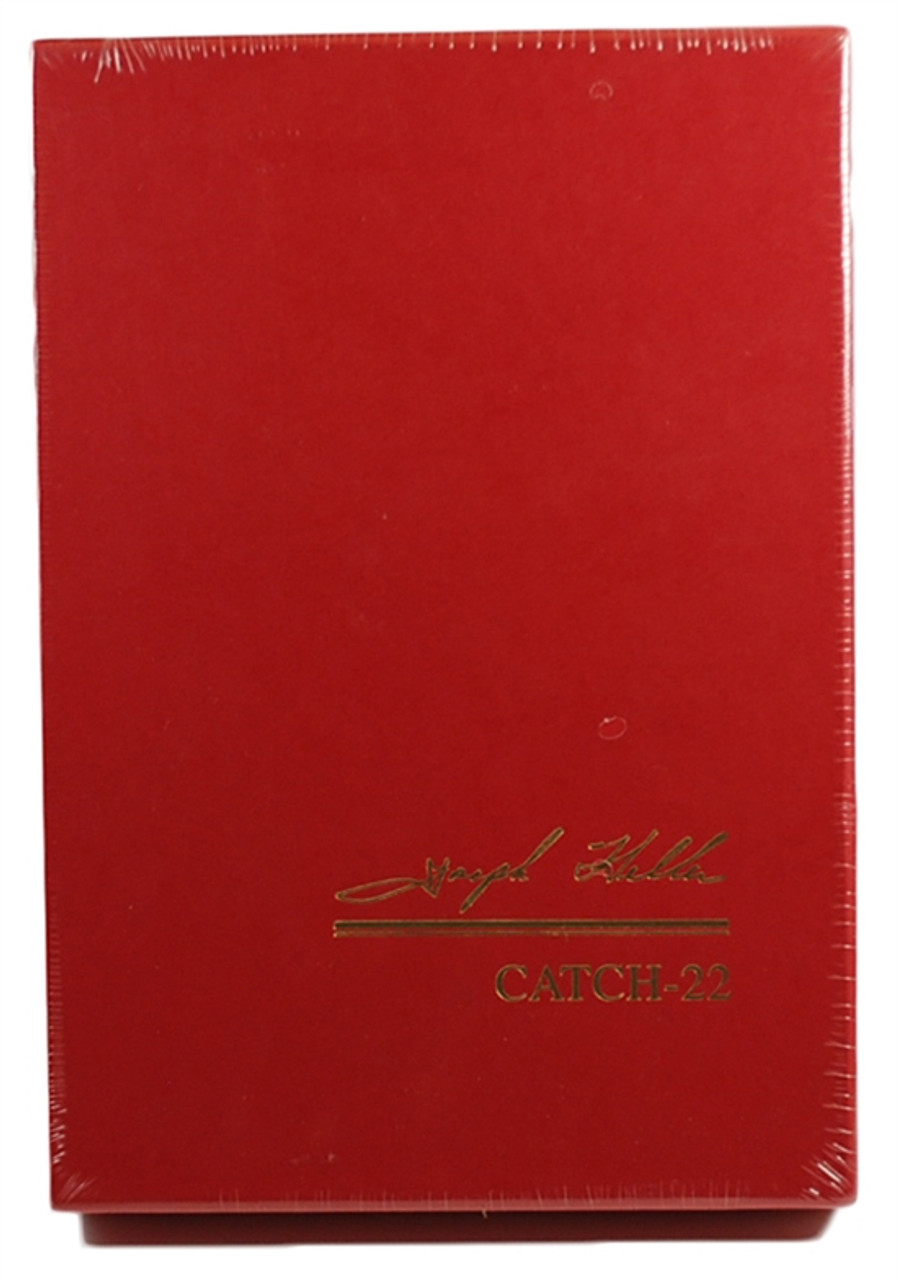 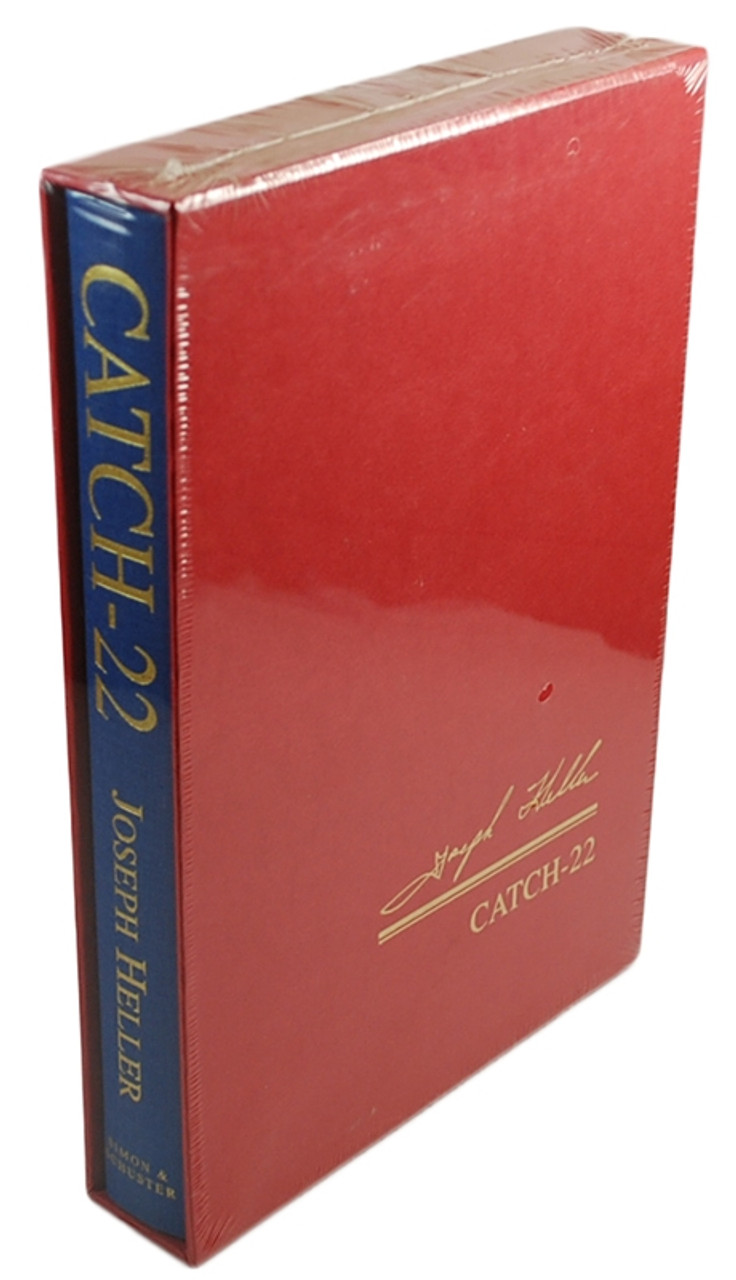 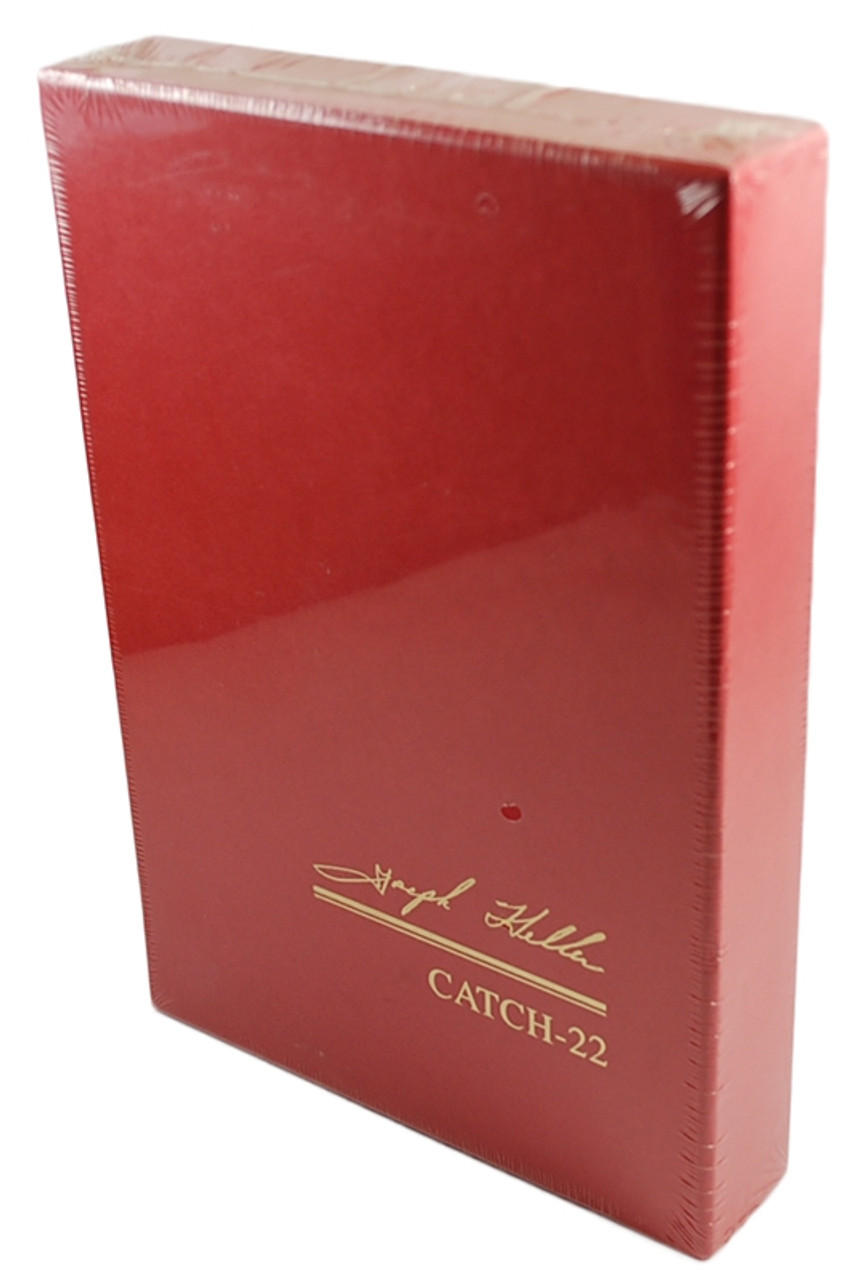 This unique collector's edition has been personally signed Joseph Heller on a special Limitation page.

New York. Simon & Schuster 1994. Joseph Heller "Catch-22". A rare Signed Limited Edition of only 750 copies. SIGNED by the author Joseph Heller on a special limitation page. Bound in blue cloth with a red gilt stamped slipcase. This edition contains a new preface by Joseph Heller. It was issued to coincide with the publication of CLOSING TIME, and to celebrate the 25th anniversary of the original publication. No dust jacket as issued. As New in As New slipcase, still sealed in the original shrink-wrap from the publisher. A wonderful gift idea.

Catch-22 is a satirical novel by the American author Joseph Heller. He began writing it in 1953, and the novel was first published in 1961. It is set during World War II in 1943 and is frequently cited as one of the great literary works of the twentieth century. It uses a distinctive non-chronological third-person omniscient narration, describing events from different characters' points of view and out of sequence so that the time line develops along with the plot.

Catch-22 is like no other novel. It is one of the funniest books ever written, a keystone work in American literature, and even added a new term to the dictionary. At the heart of Catch-22 resides the incomparable, malingering bombardier, Yossarian, a hero endlessly inventive in his schemes to save his skin from the horrible chances of war. His efforts are perfectly understandable because as he furiously scrambles, thousands of people he hasn't even met are trying to kill him. His problem is Colonel Cathcart, who keeps raising the number of missions the men must fly to complete their service.

Yet if Yossarian makes any attempts to excuse himself from the perilous missions that he is committed to flying, he is trapped by the Great Loyalty Oath Crusade, the hilariously sinister bureaucratic rule from which the book takes its title: a man is considered insane if he willingly continues to fly dangerous combat missions, but if he makes the necessary formal request to be relieved of such missions, the very act of making the request proves that he is sane and therefore ineligible to be relieved.

As New (Sealed). Mint in the original shrink-wrap without any bumped corners. The condition is of the highest quality.

A definitive life of the flawed man who succeeded to the American presidency after Lincoln's assassination. Politically shrewd but fatally unable to adapt to new political realities, Andrew Johnson...