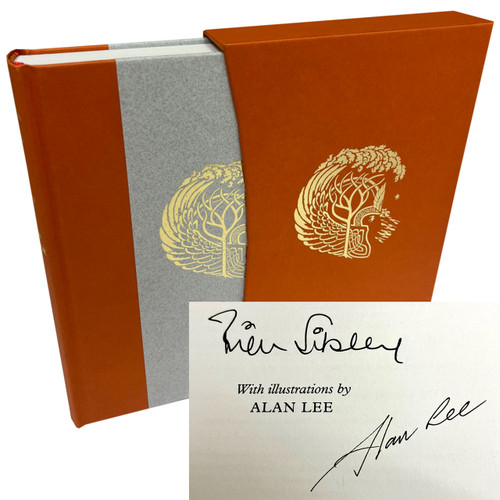 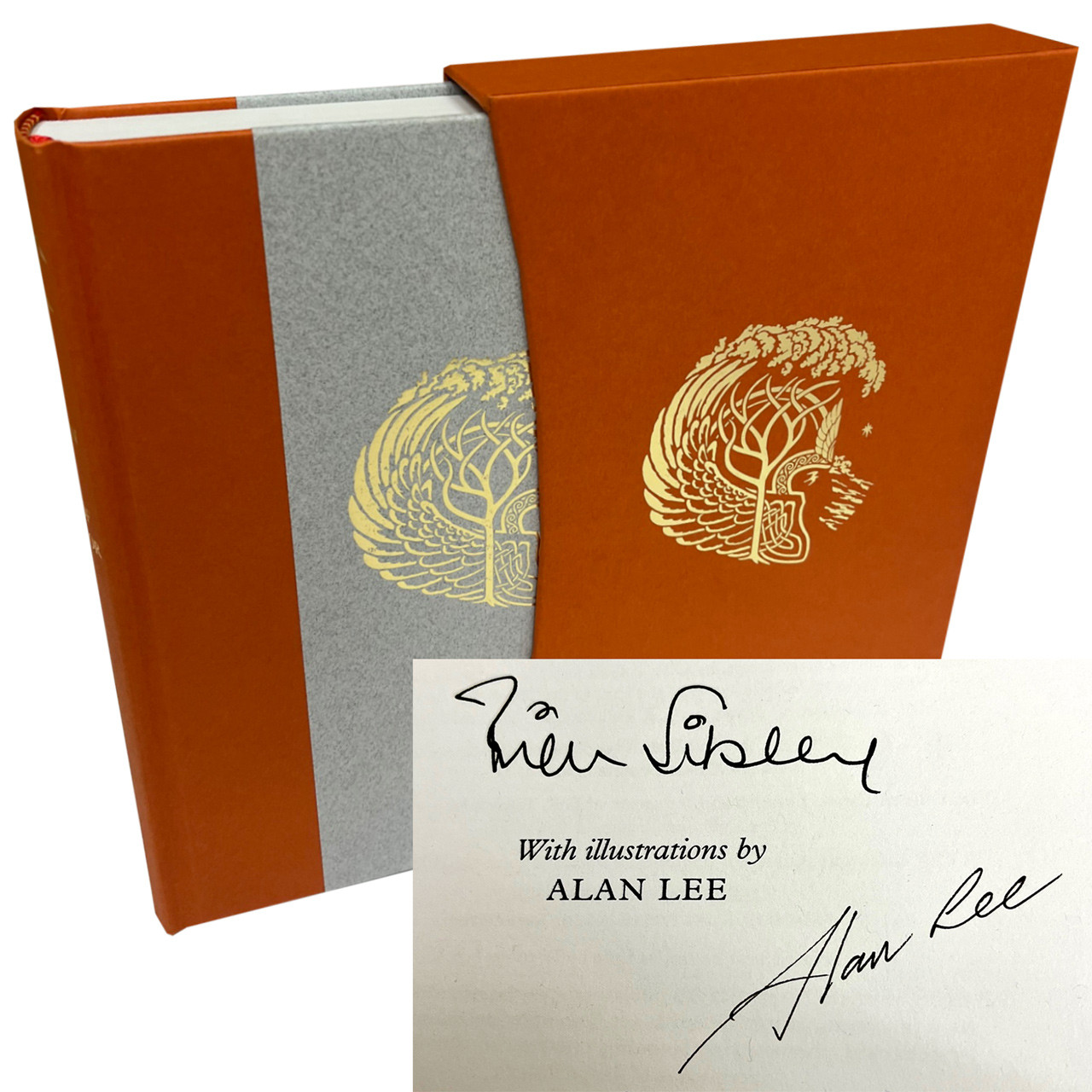 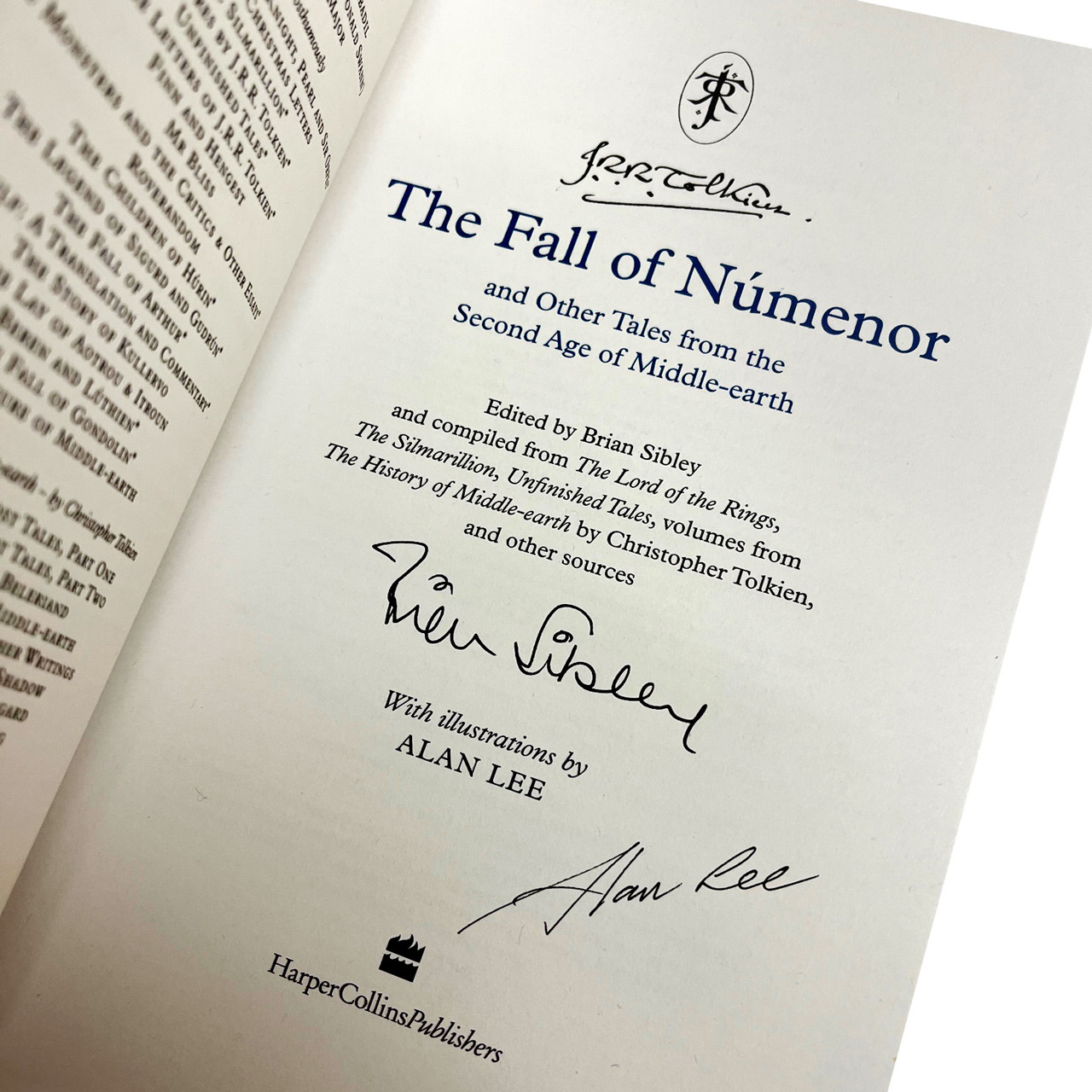 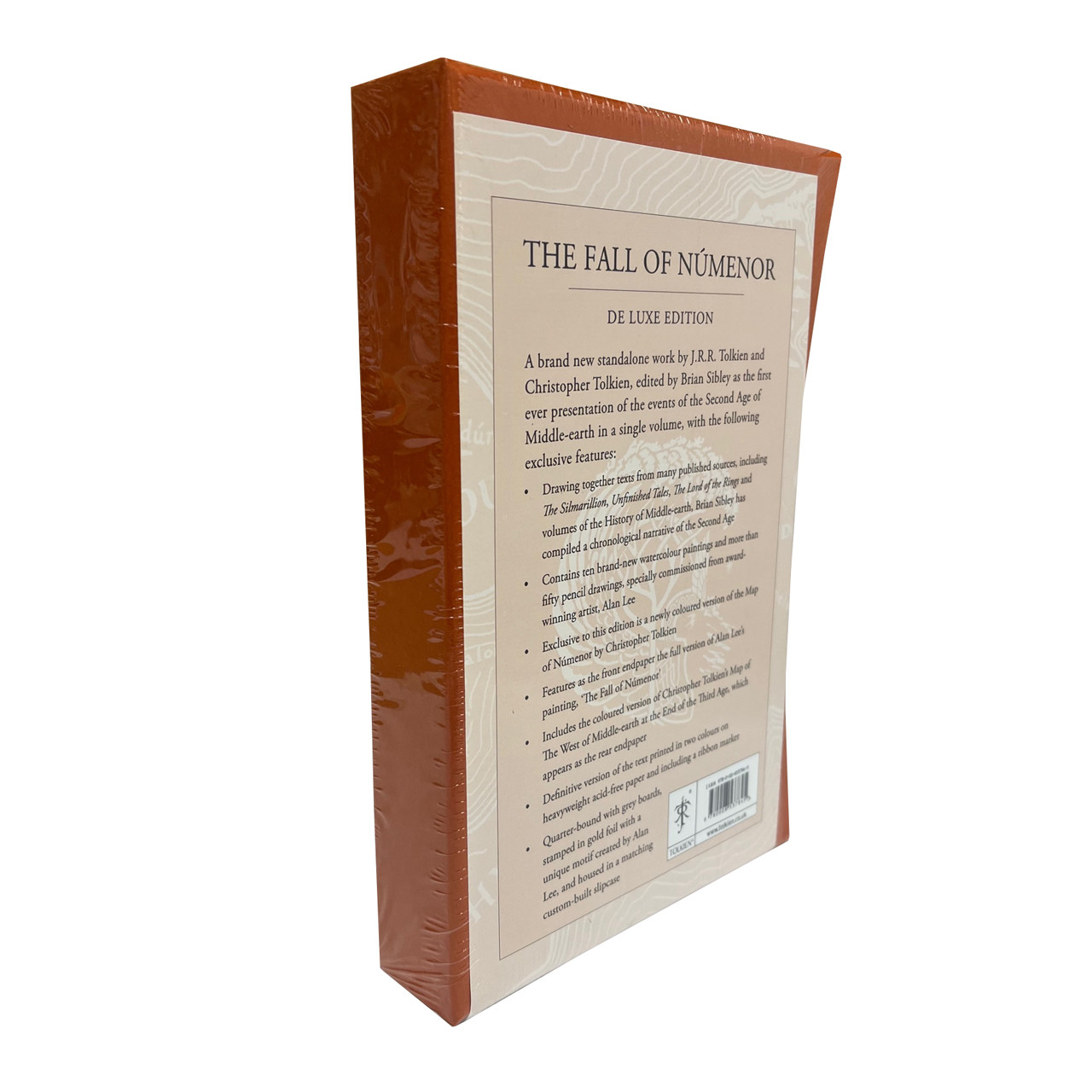 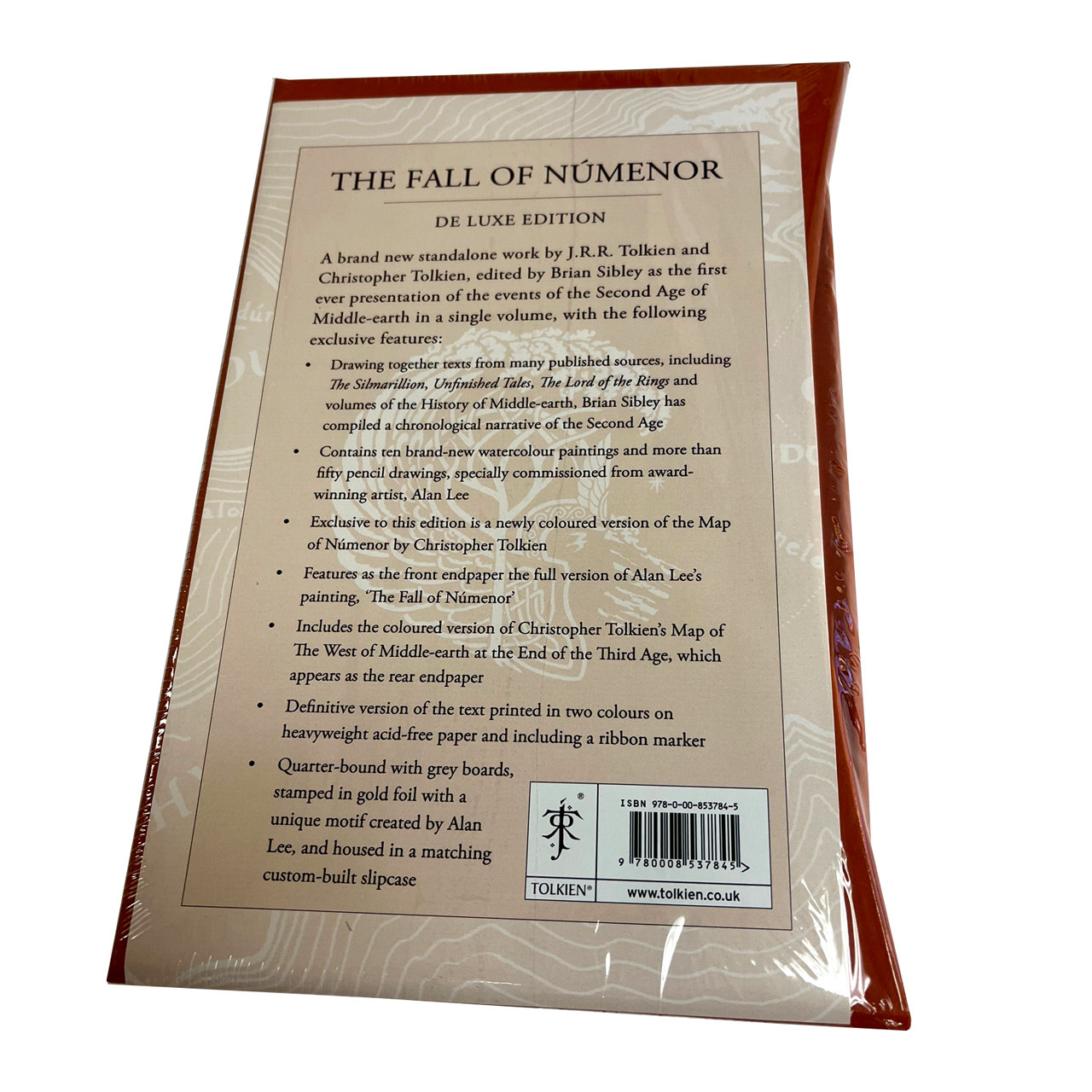 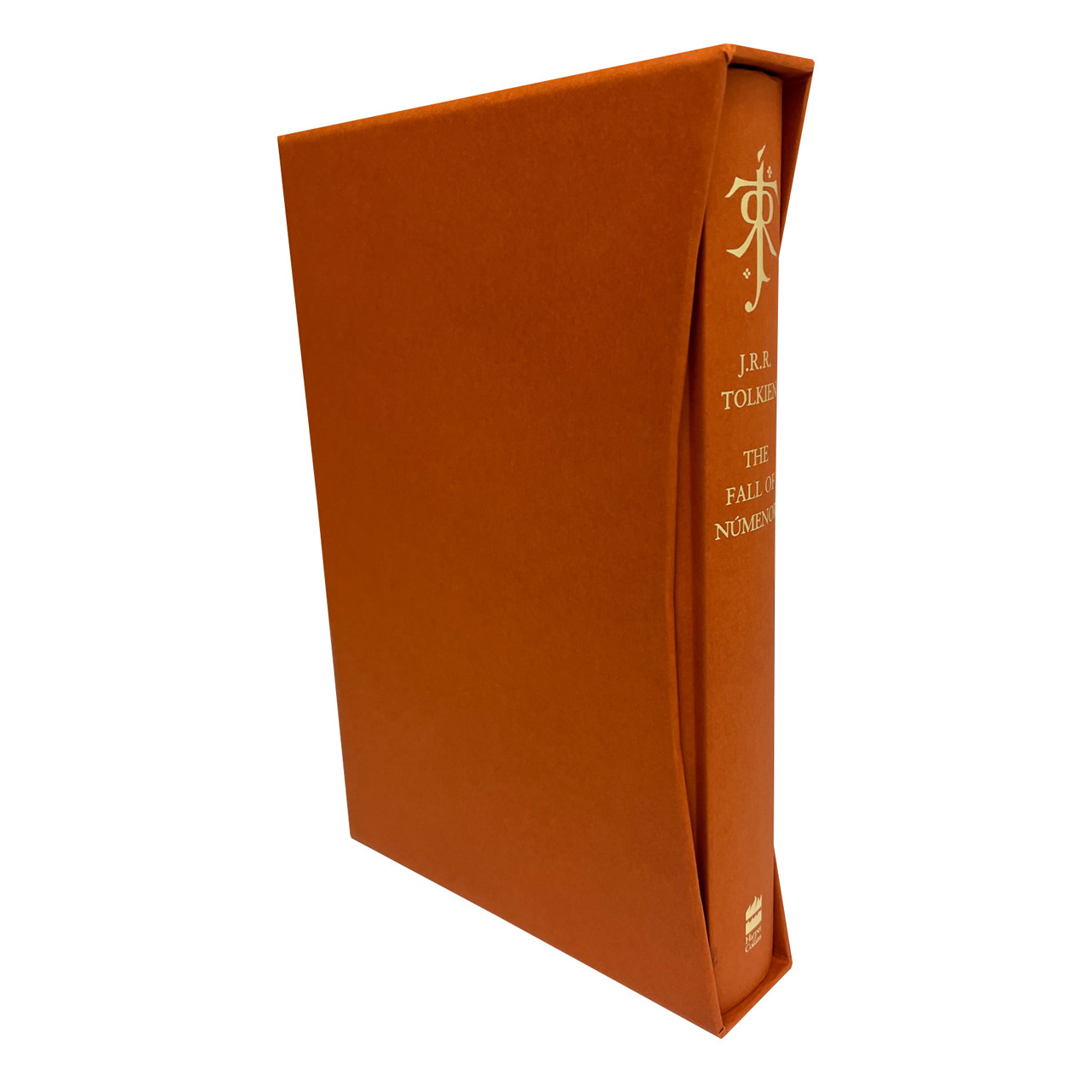 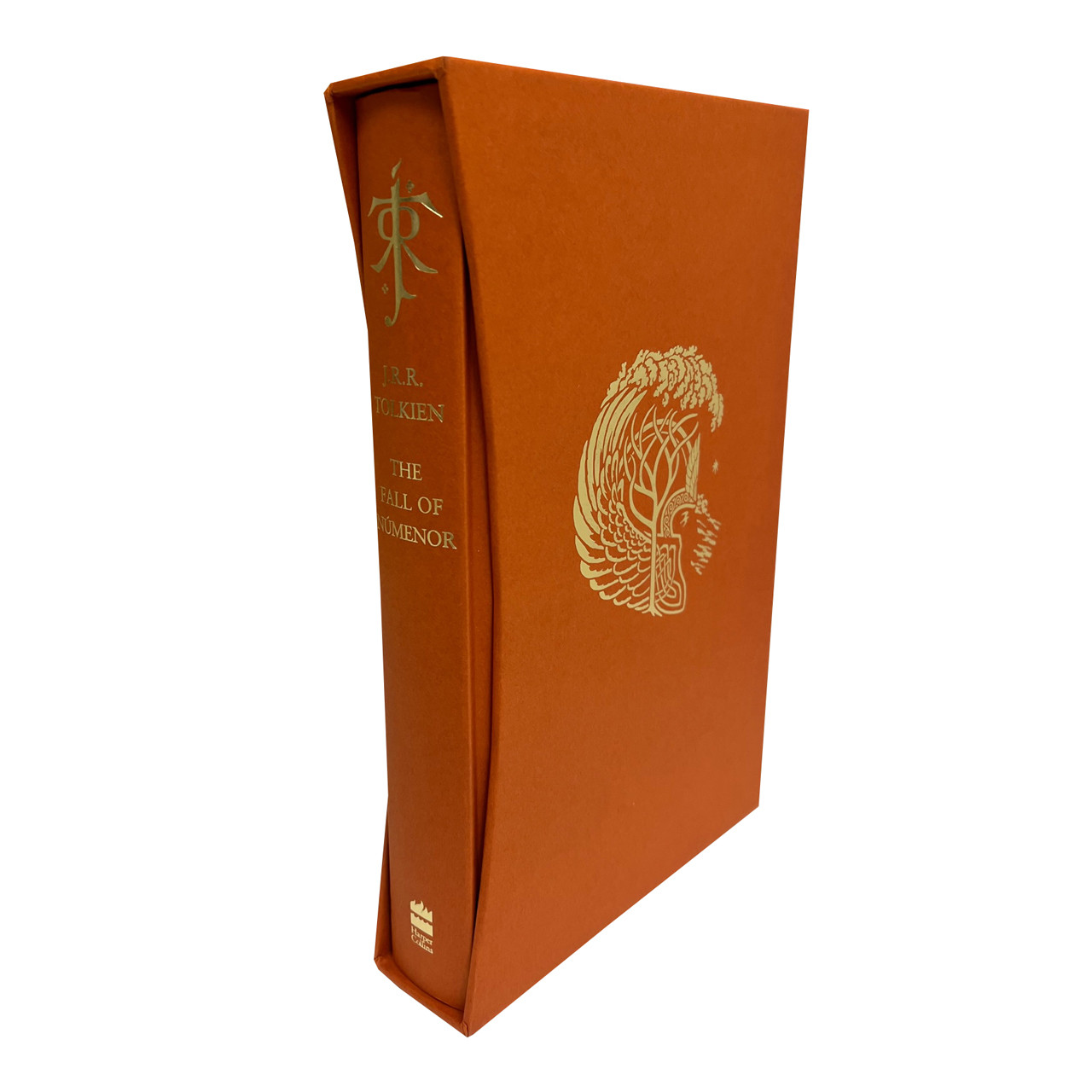 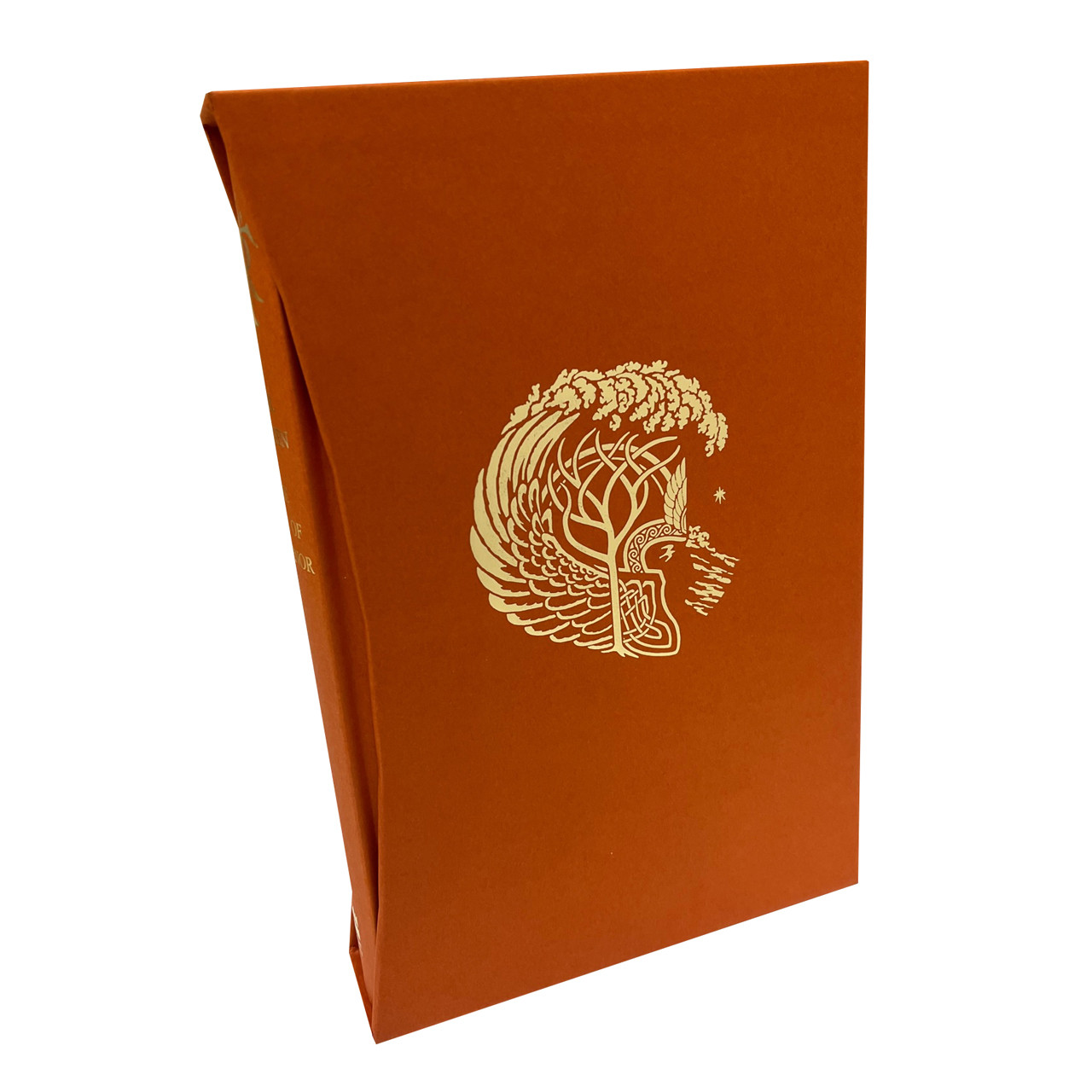 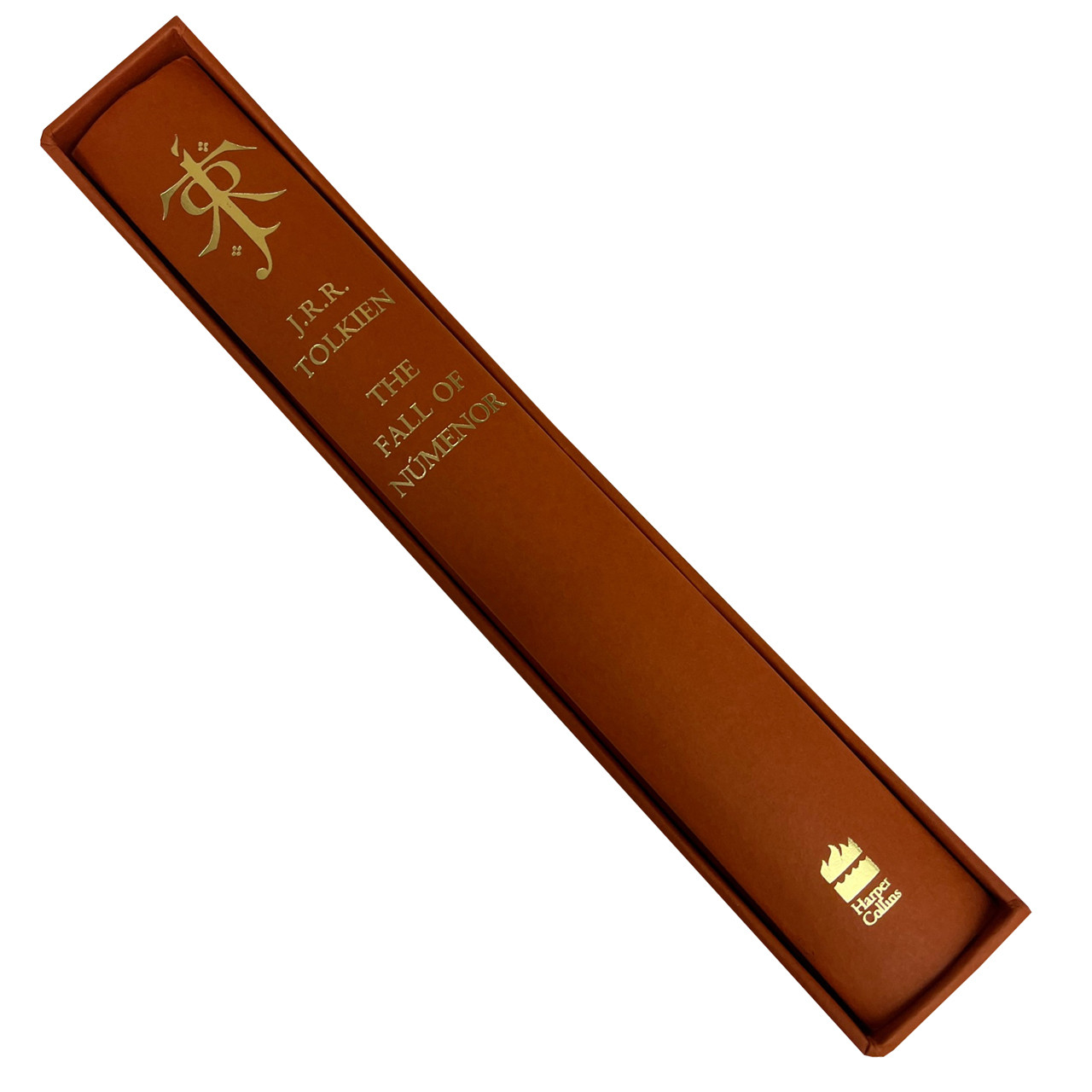 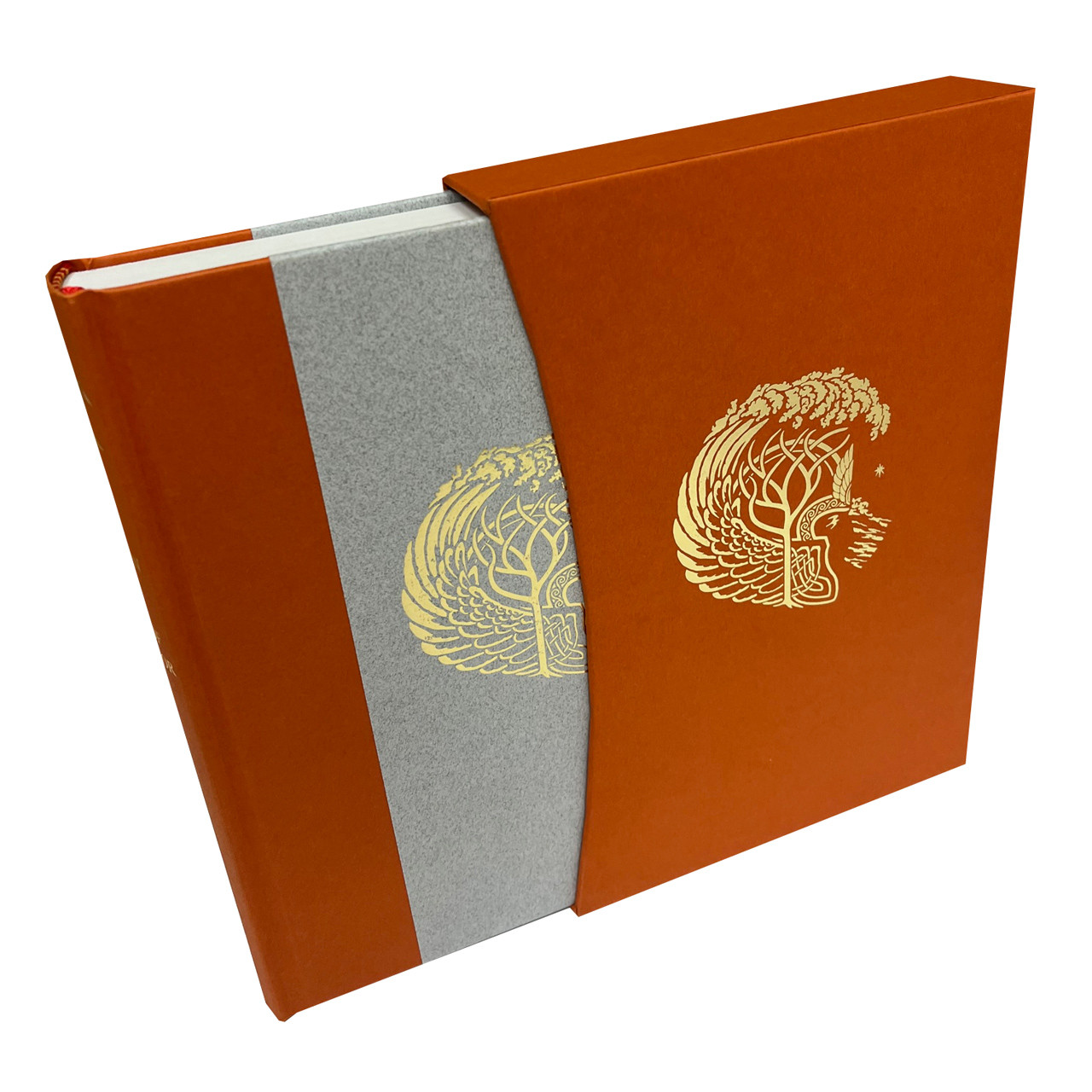 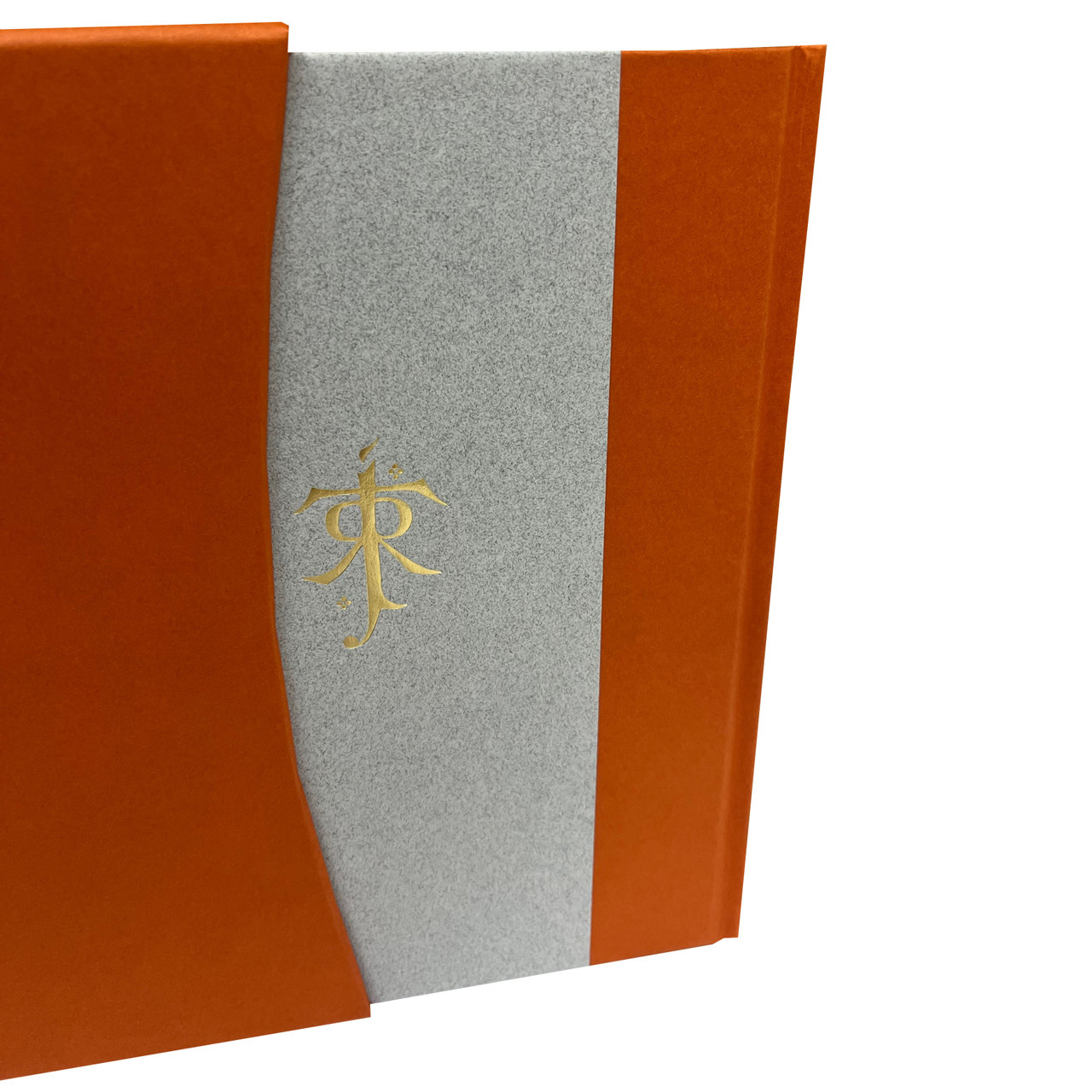 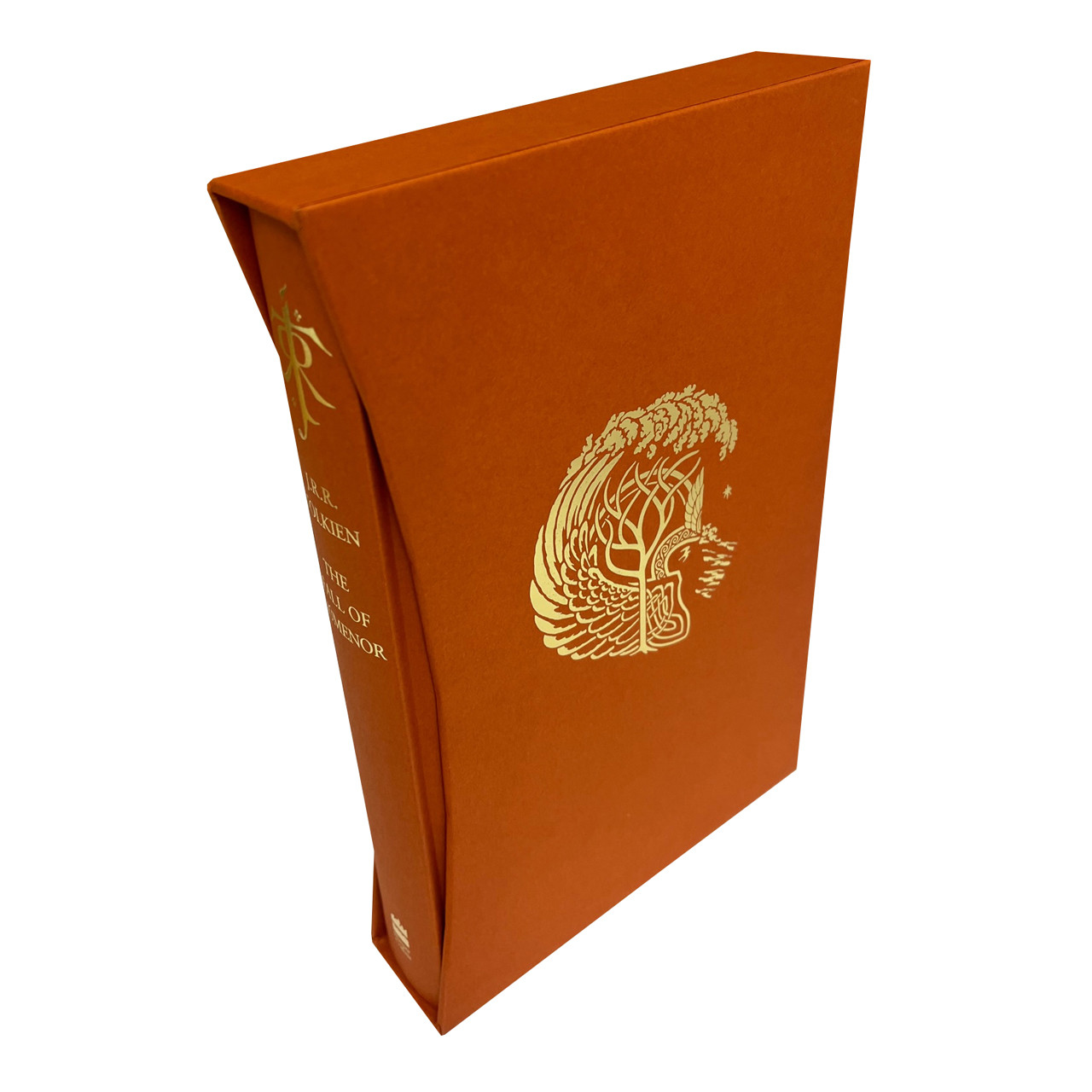 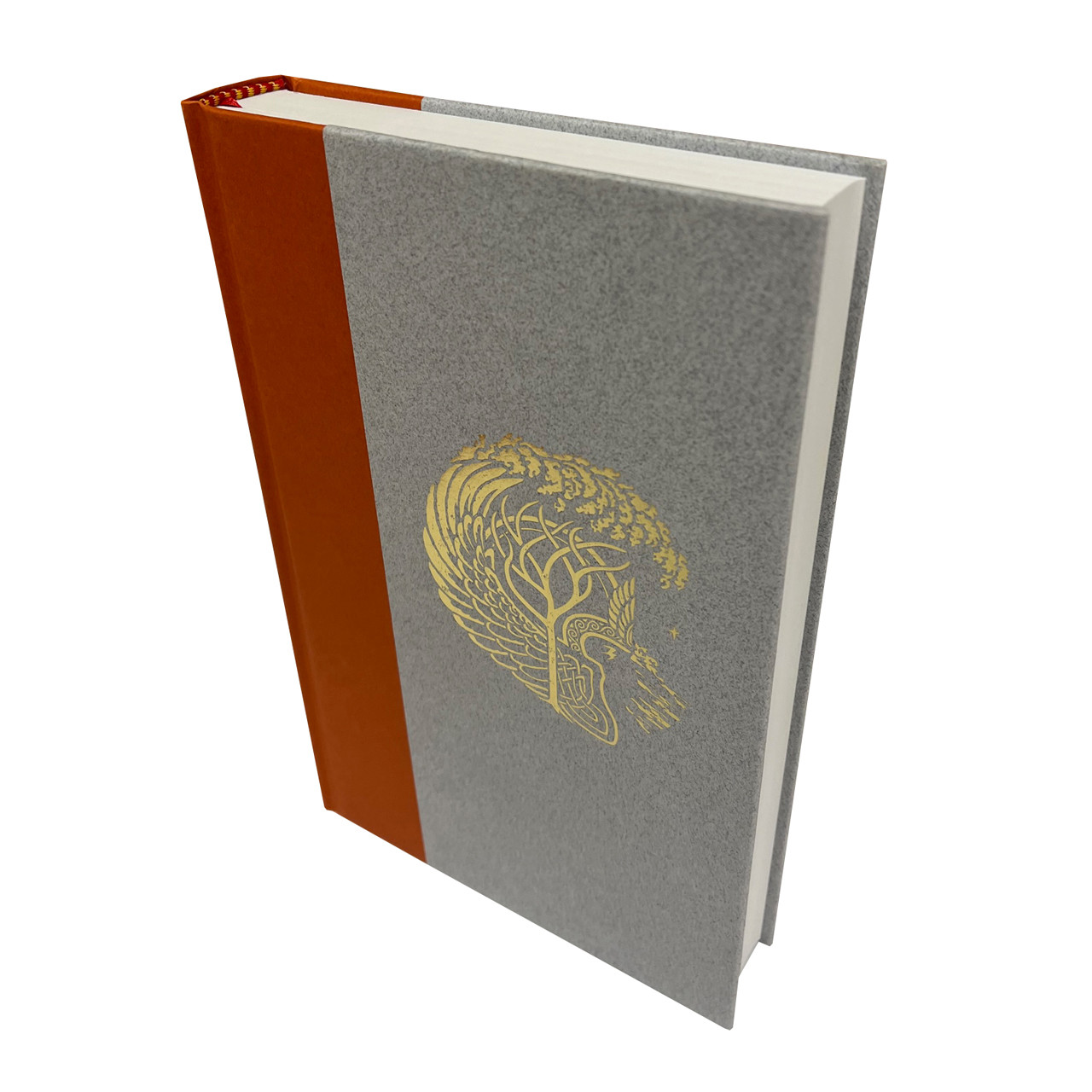 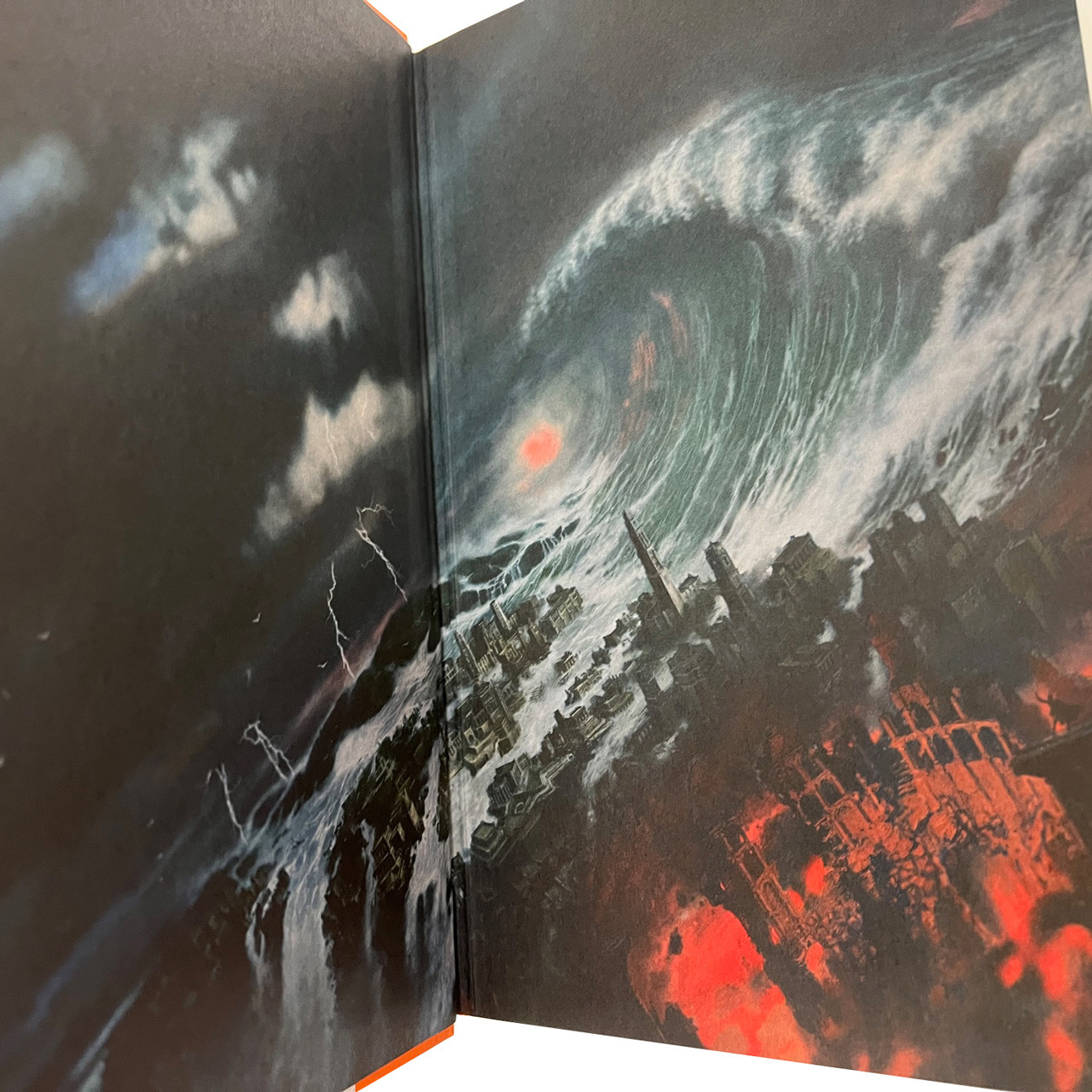 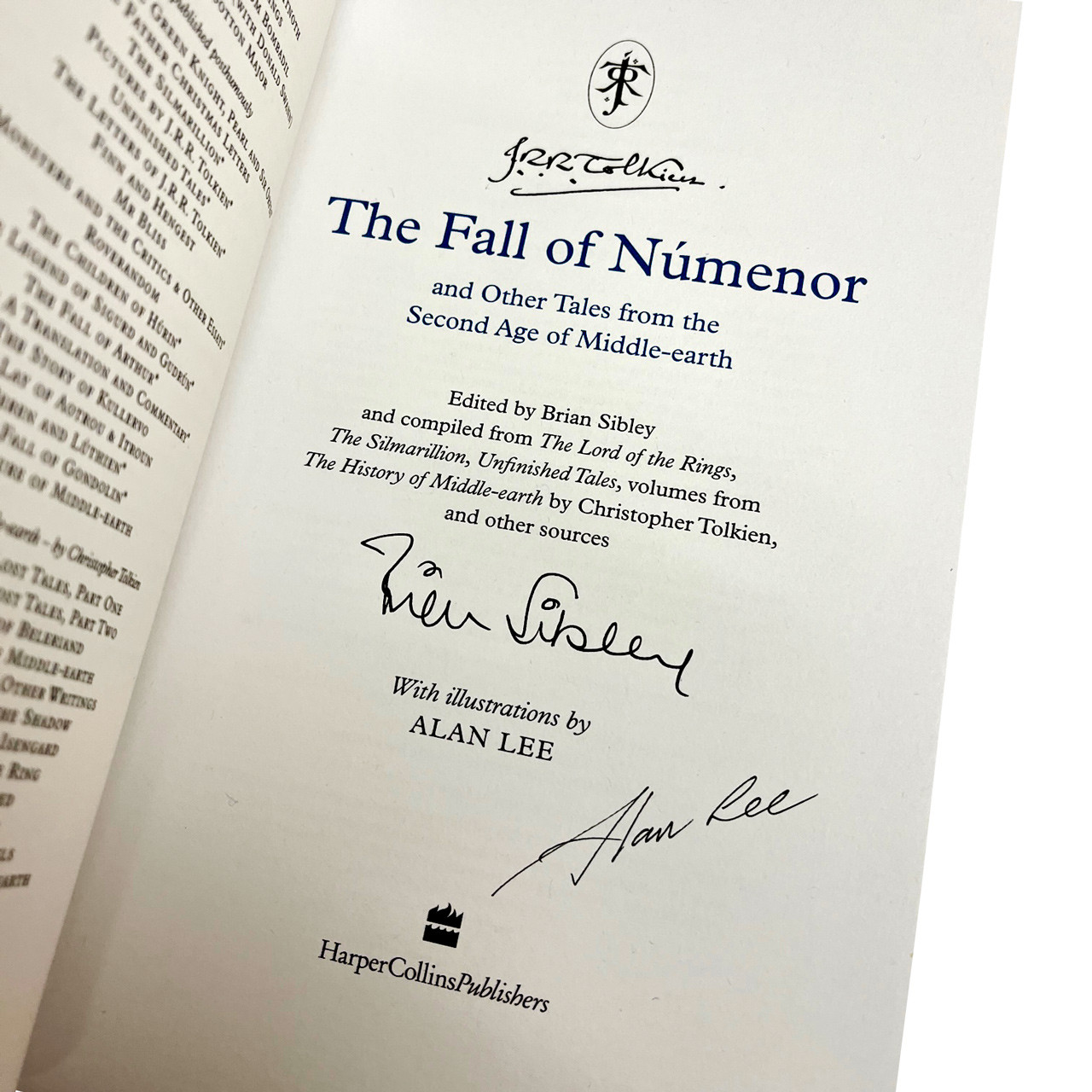 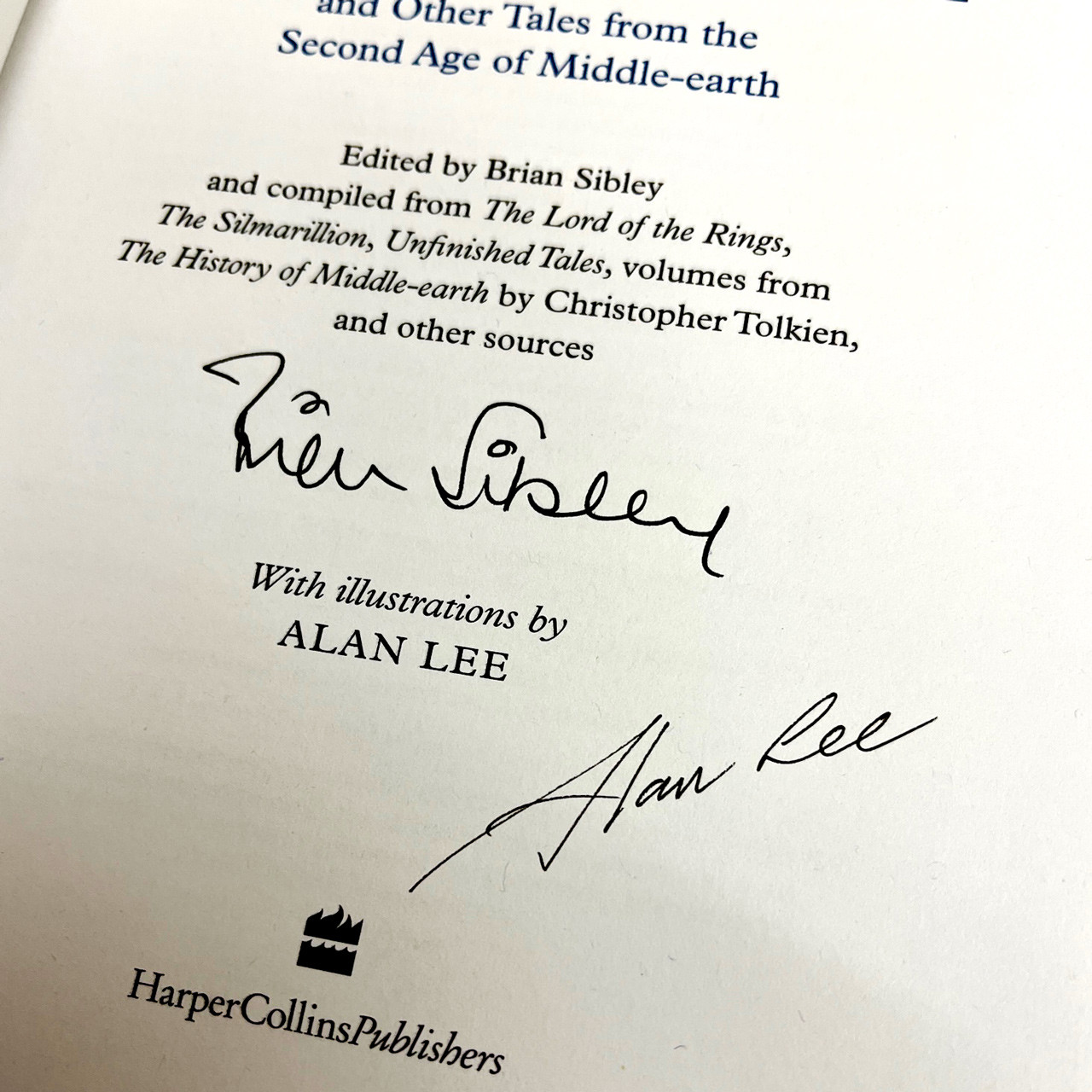 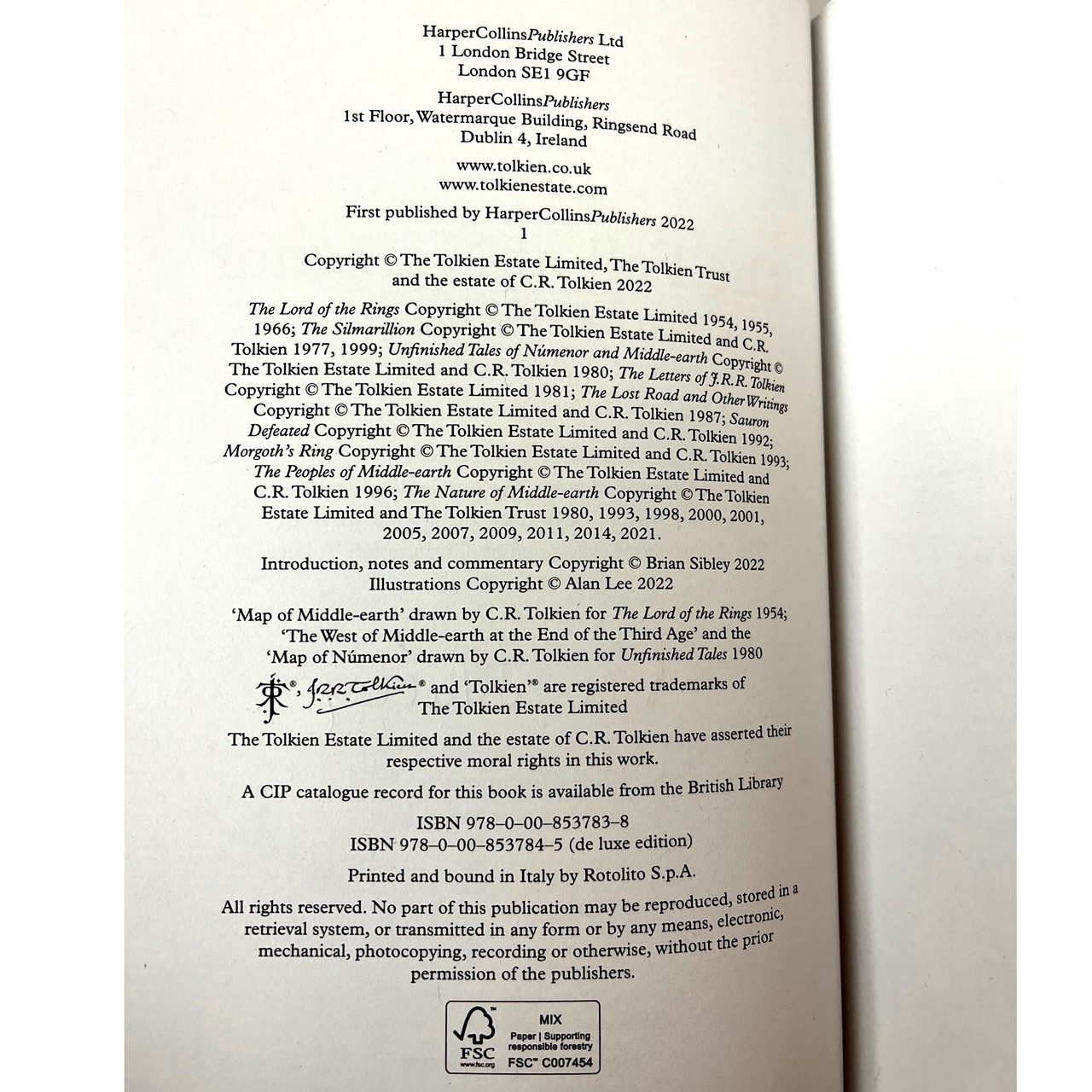 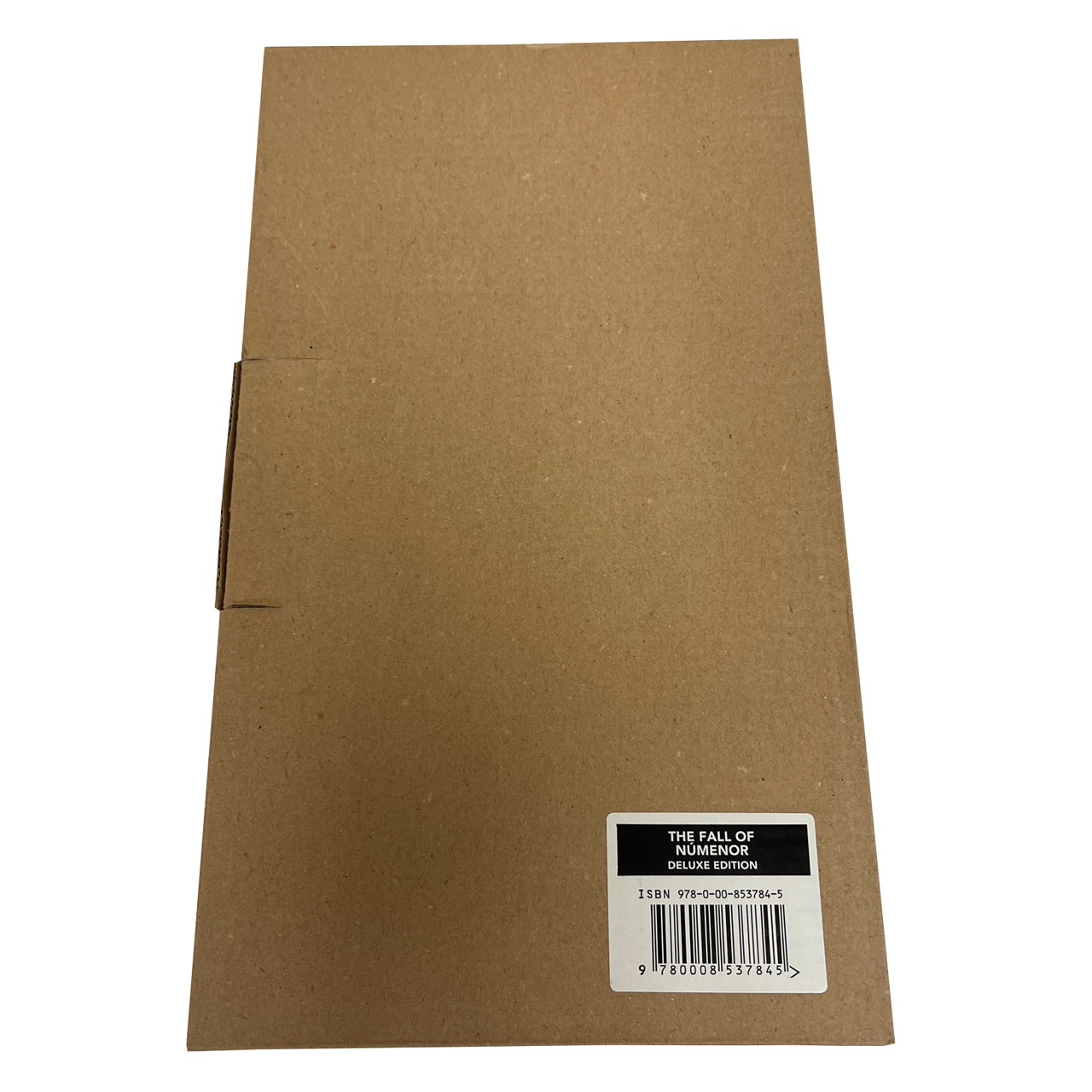 Personally signed by both Alan Lee and Brian Sibley

Harper Collins (November 10, 2022) J.R.R. Tolkien, Brian Sibley "The Fall of Númenor: And Other Tales from the Second Age of Middle-earth" Slipcased Signed Deluxe Edition. Illustrations by Alan Lee. Sealed in the original shrink-wrap. This special signed collector's edition is now OUT OF PRINT from the publisher.

"How, given little over half a century of work, did one man become the creative equivalent of a people?" — The Guardian

"Demanding to be compared with English mythologies… at times rises to the greatness of true myth." — Financial Times

"A creation of singular beauty… magnificent in its best moments." — Washington Post

J.R.R. Tolkien’s writings on the Second Age of Middle-earth, collected for the first time in one volume.

J.R.R. Tolkien famously described the Second Age of Middle-earth as a ‘dark age, and not very much of its history is (or need be) told’. And for many years readers would need to be content with the tantalizing glimpses of it found within the pages of The Lord of the Rings and its appendices, including the forging of the Rings of Power, the building of the Barad-dûr and the rise of Sauron.

It was not until Christopher Tolkien published The Silmarillion after his father’s death that a fuller story could be told. Although much of the book’s content concerned the First Age of Middle-earth, there were at its close two key works that revealed the tumultuous events concerning the rise and fall of the island of Númenor. Raised out of the Great Sea and gifted to the Men of Middle-earth as a reward for aiding the angelic Valar and the Elves in the defeat and capture of the Dark Lord Morgoth, the kingdom became a seat of influence and wealth; but as the Númenóreans’ power increased, the seed of their downfall would inevitably be sown, culminating in the Last Alliance of Elves and Men.

Even greater insight into the Second Age would be revealed in subsequent publications, first in Unfinished Tales of Númenor and Middle-earth, then expanded upon in Christopher Tolkien’s magisterial twelve-volume The History of Middle-earth, in which he presented and discussed a wealth of further tales written by his father, many in draft form.

Now, adhering to the timeline of ‘The Tale of Years’ in the appendices to The Lord of the Rings, editor Brian Sibley has assembled into one comprehensive volume a new chronicle of the Second Age of Middle-earth, told substantially in the words of J.R.R. Tolkien from the various published texts, with new illustrations in watercolour and pencil by the doyen of Tolkien art, Alan Lee.

John Ronald Ruel Tolkien was an English writer, poet, philologist and academic. He was the author of the high fantasy works The Hobbit and The Lord of the Rings. Tolkien was appointed a Commander of the Order of the British Empire by Queen Elizabeth II on 28 March 1971.

After Tolkien's death, his son Christopher published a series of works based on his father's extensive notes and unpublished manuscripts, including The Silmarillion. These, together with The Hobbit and The Lord of the Rings, form a connected body of tales, poems, fictional histories, invented languages and literary essays about a fantasy world called Arda and Middle-earth within it. Between 1951 and 1955, Tolkien applied the term legendarium to the larger part of these writings.

While many authors had published works of fantasy before Tolkien, the great success of The Hobbit and The Lord of the Rings led directly to a popular resurgence of the genre. This has caused Tolkien to be popularly identified as the "father" of modern fantasy literature - or, more precisely, of high fantasy. In 2008, The Times ranked him sixth on a list of "The 50 greatest British writers since 1945". Forbes ranked him the fifth top-earning "dead celebrity" in 2009. 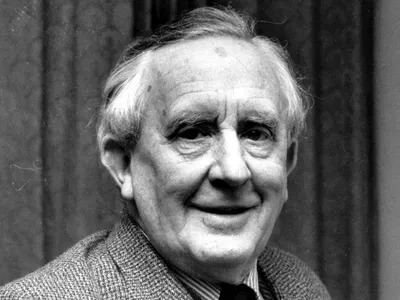 Alan Lee (born 20 August 1947) is an English book illustrator and film conceptual designer. He is best known for his artwork inspired by J. R. R. Tolkien's fantasy novels, and for his work on the conceptual design of Peter Jackson's film adaptations of Tolkien, The Lord of the Rings and The Hobbit film series.

Lee has illustrated dozens of fantasy books, including some non-fiction, and many more covers. Among the numerous works by J. R. R. Tolkien that he has illustrated are the 1992 centenary edition of The Lord of the Rings, a 1999 edition of The Hobbit, the 2007 The Children of Húrin, the 2017 Beren and Lúthien, the 2018 The Fall of Gondolin, and the 2022 The Fall of Númenor. Non-Tolkien books he has illustrated include Faeries (with Brian Froud), Lavondyss by Robert Holdstock, The Mabinogion (two versions), Castles by David Day, The Mirrorstone by Michael Palin, The Moon's Revenge by Joan Aiken, and Merlin Dreams by Peter Dickinson.

He has illustrated retellings of classics for young people. Two were Rosemary Sutcliff's versions of the Iliad and the Odyssey—namely, Black Ships Before Troy (Oxford, 1993) and The Wanderings of Odysseus (Frances Lincoln, 1995). Another was Adrian Mitchell's version of Ovid's Metamorphoses—namely, Shapeshifters (Frances Lincoln, 2009).

Lee made cover paintings for the 1983 Penguin edition of Mervyn Peake's Gormenghast trilogy. He also did the artwork for Alive!, a 2007 CD by the Dutch band Omnia, released during the Castlefest festival. 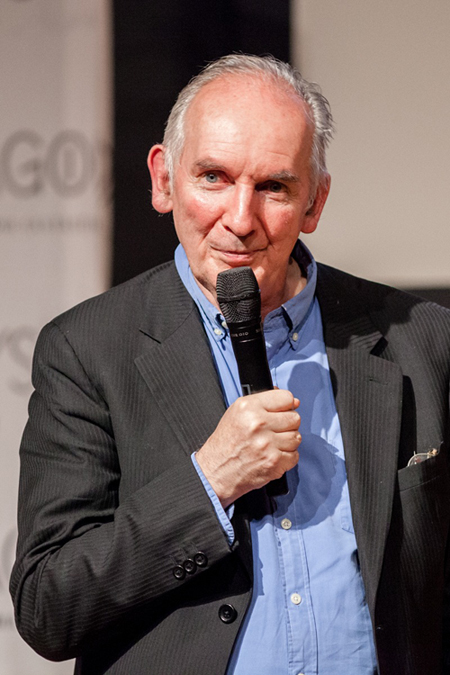 Brian Sibley (born 14 July 1949) is an English author, broadcaster and screenwriter. He is author of over 100 hours of radio drama and has written and presented hundreds of radio documentaries, features and weekly programmes.

He is widely known as the author of many film "making of" books, including those for the Harry Potter series and The Lord of the Rings and The Hobbit trilogies.

Born in London, he grew up and was educated in Chislehurst, Kent.

In 1981, he co-wrote BBC Radio 4's adaptation of Tolkien's The Lord of the Rings with Michael Bakewell. He is also the author of The Maps of Tolkien's Middle-earth. 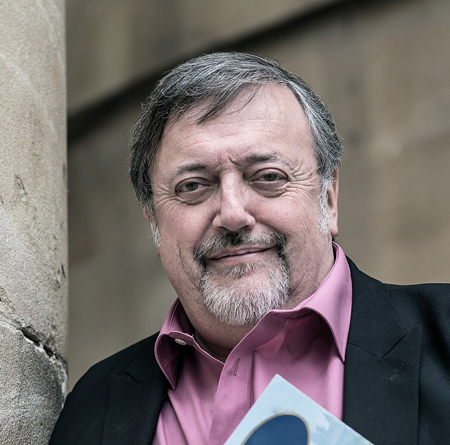