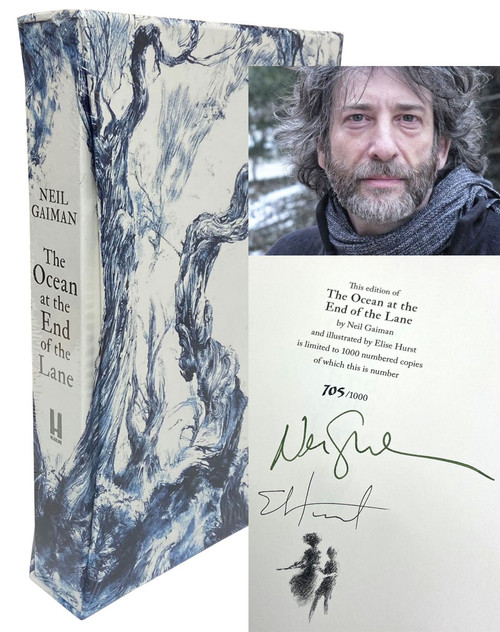 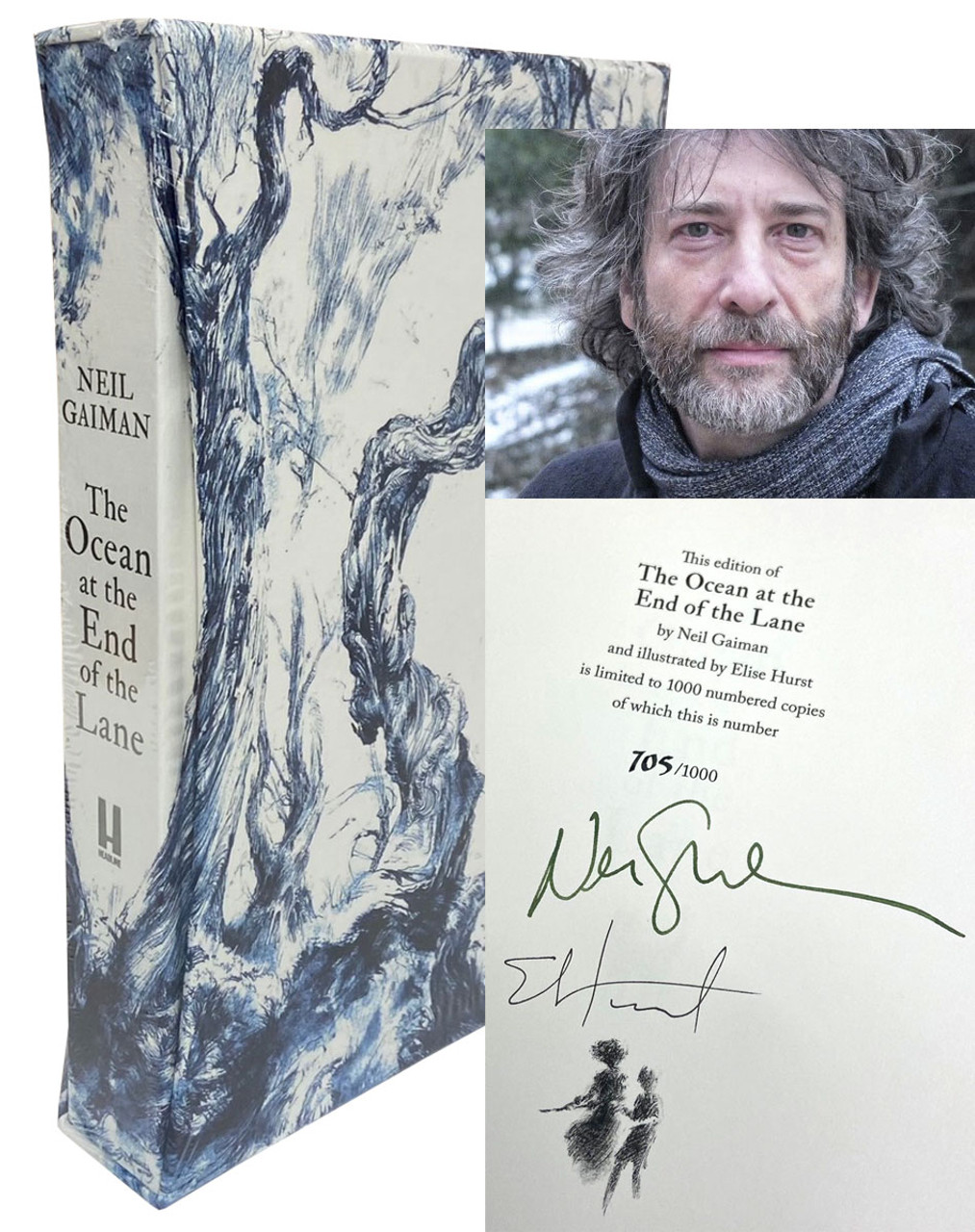 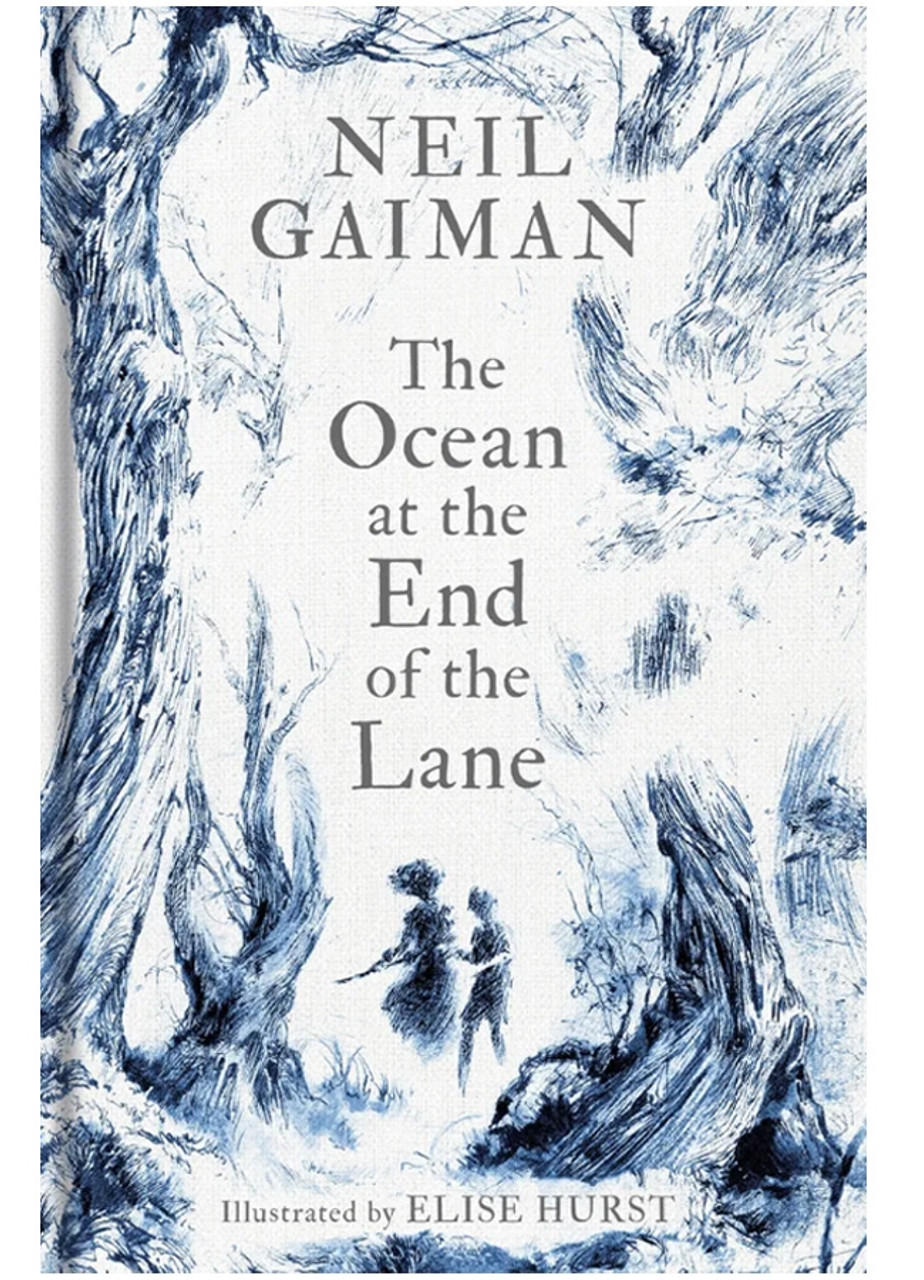 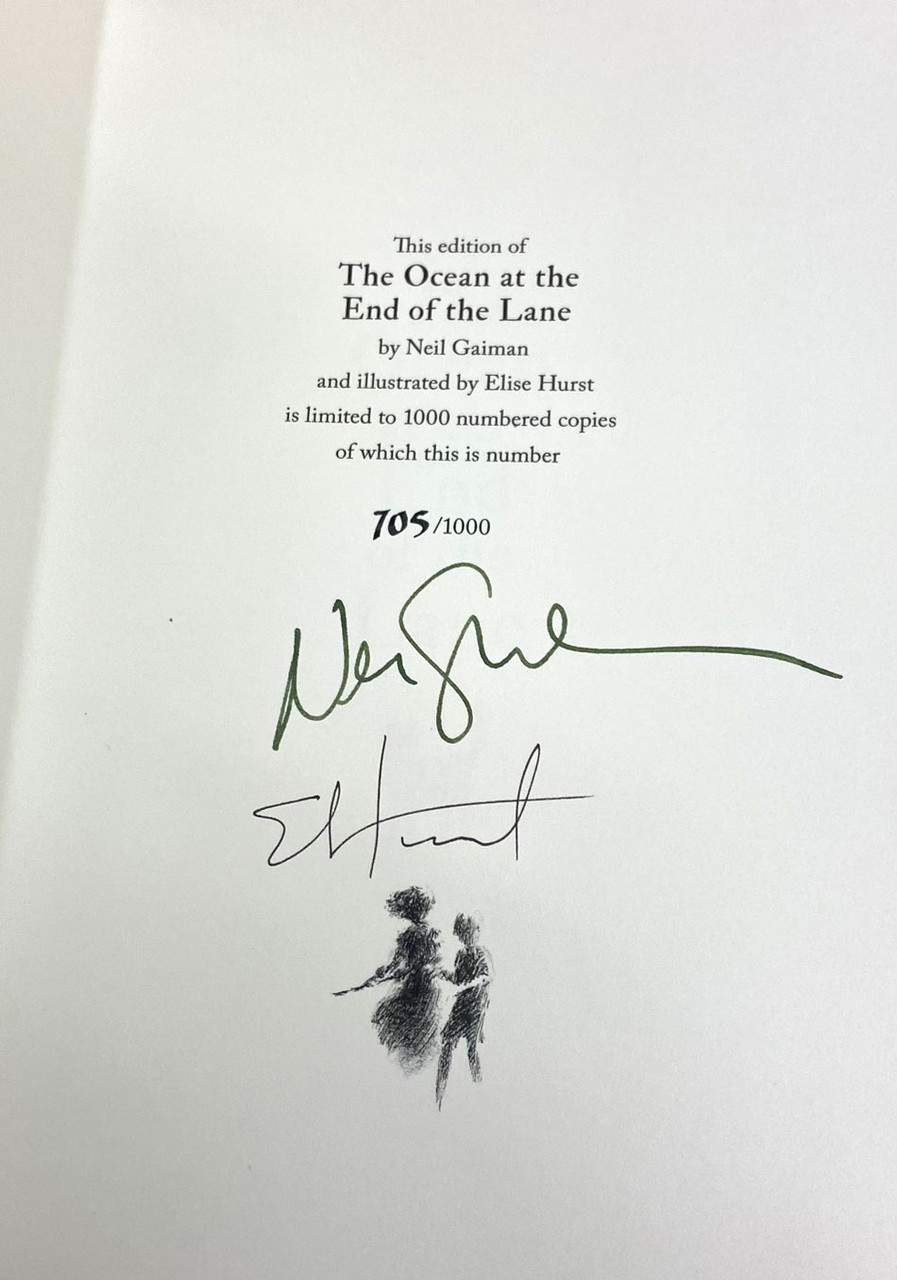 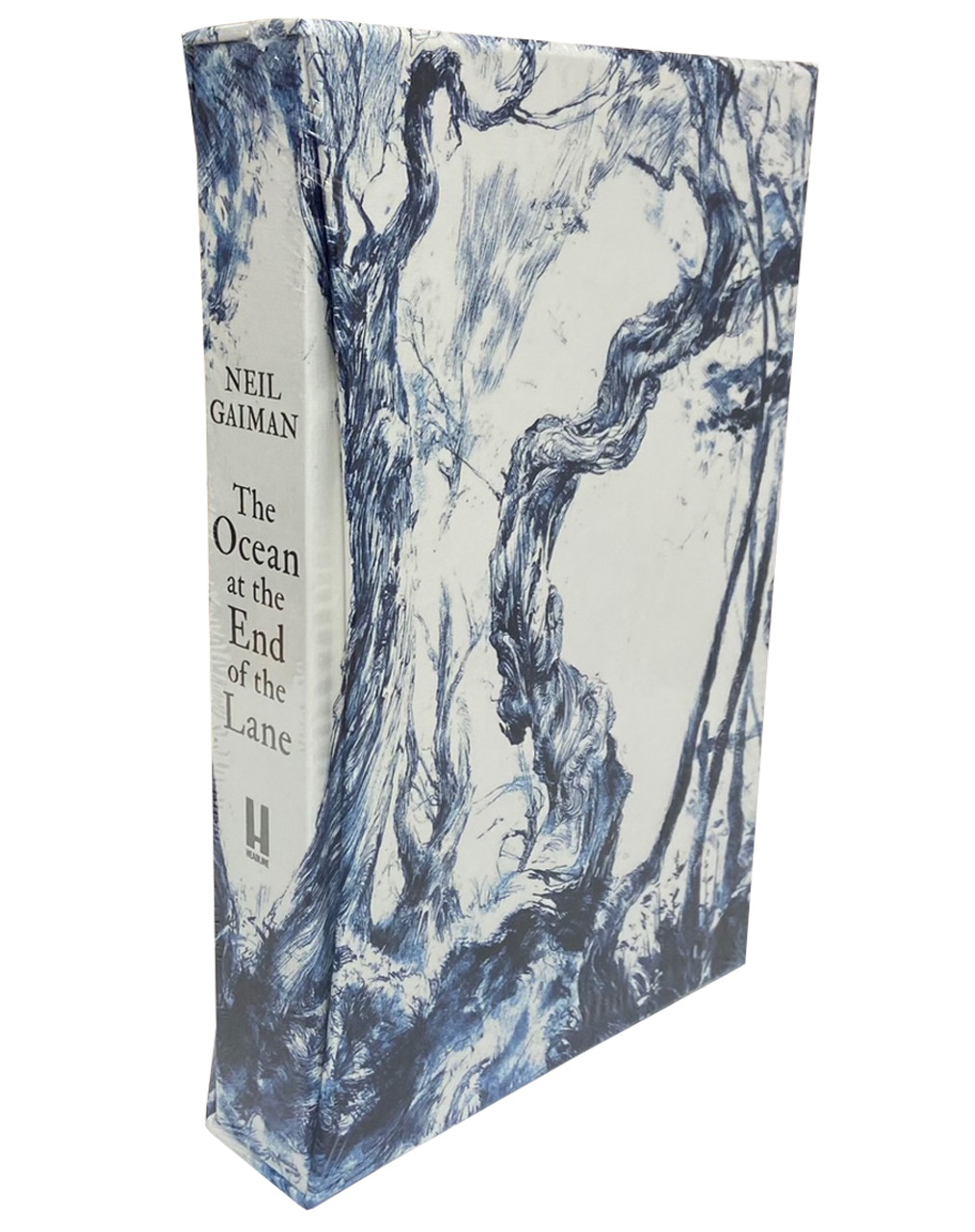 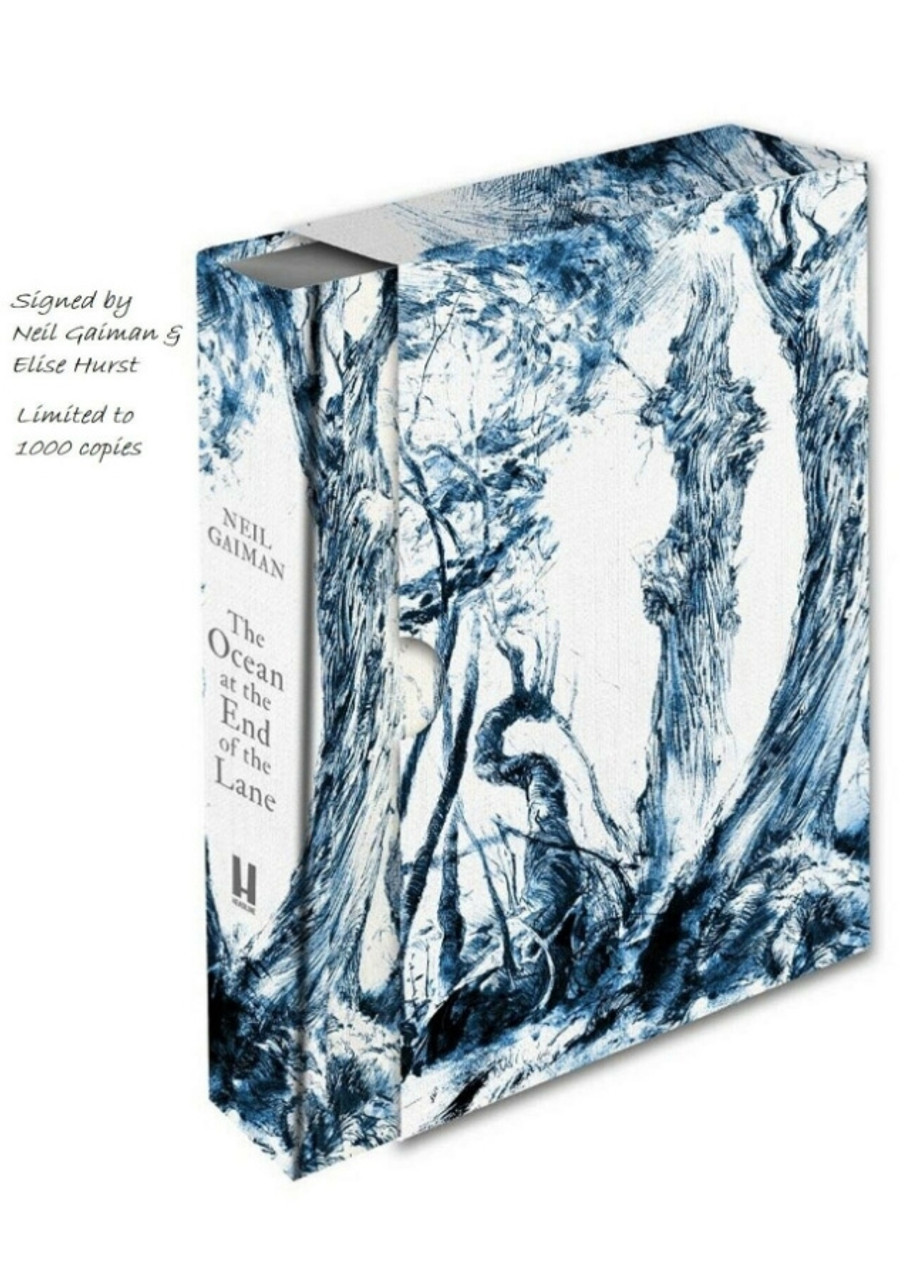 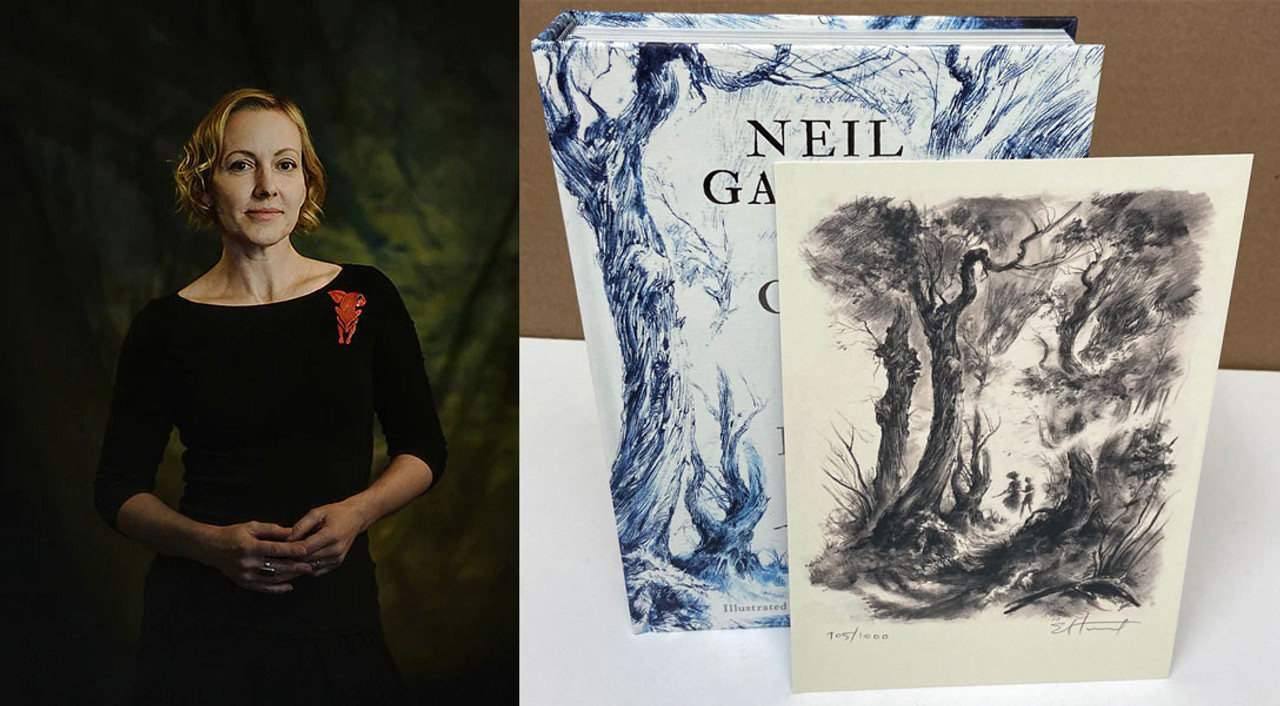 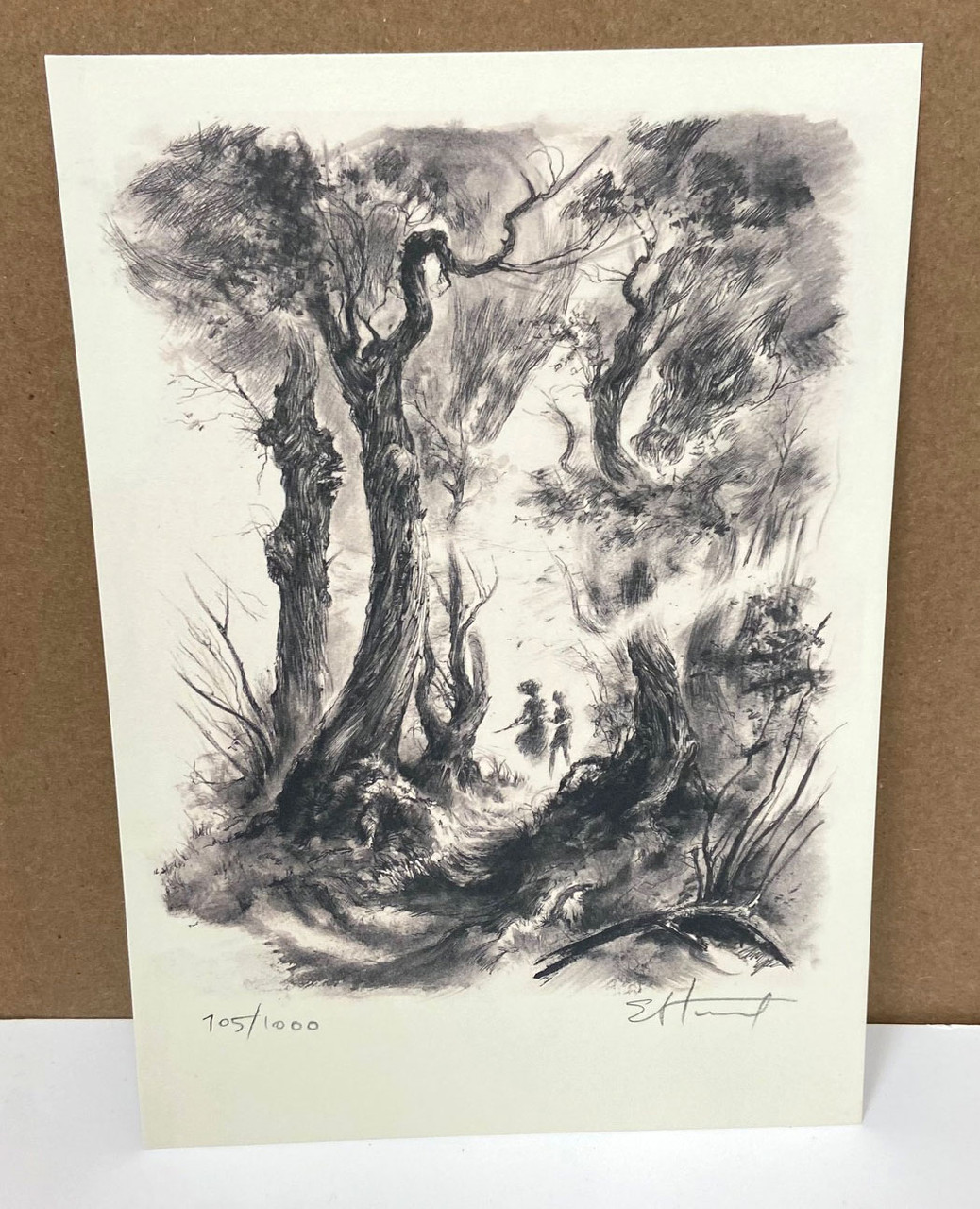 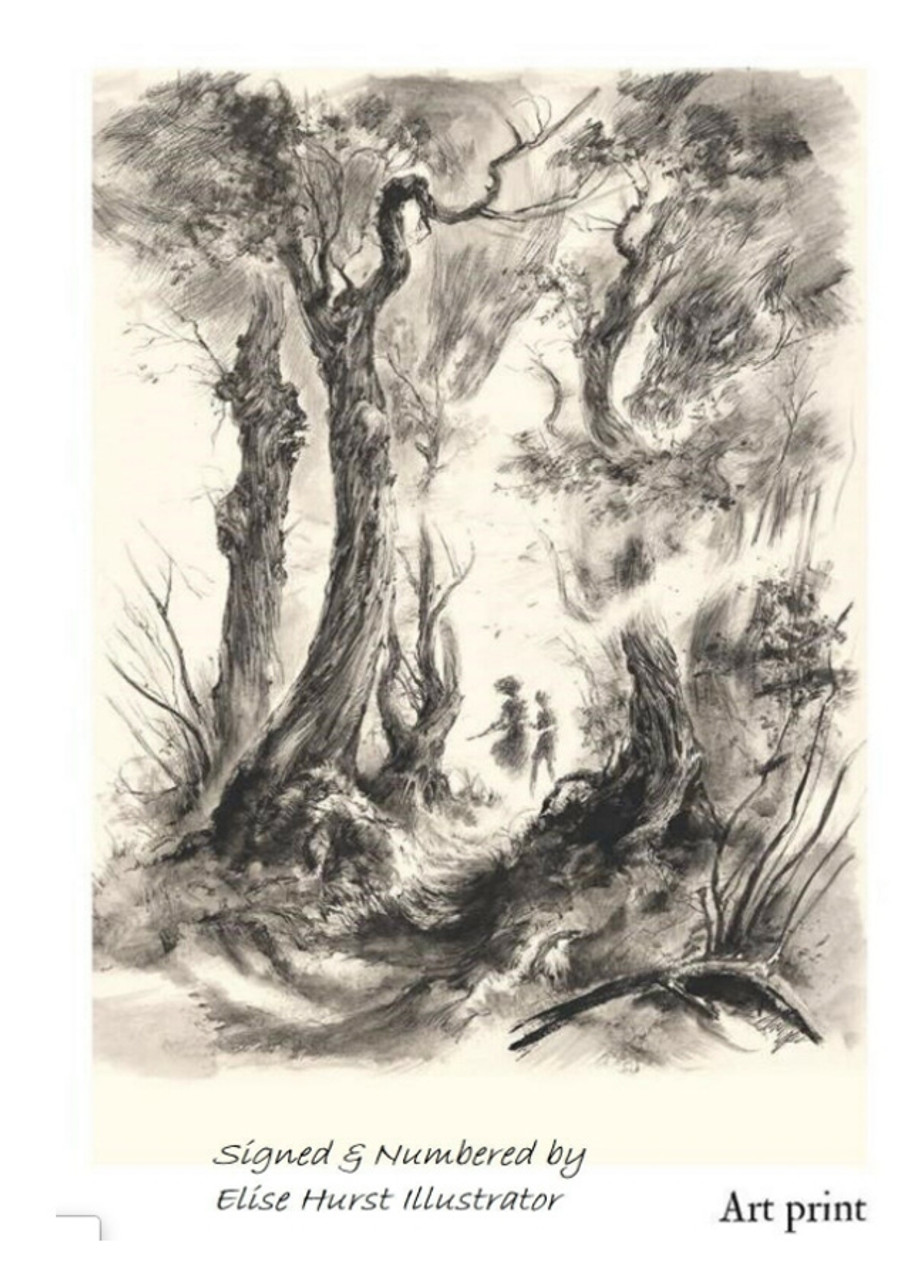 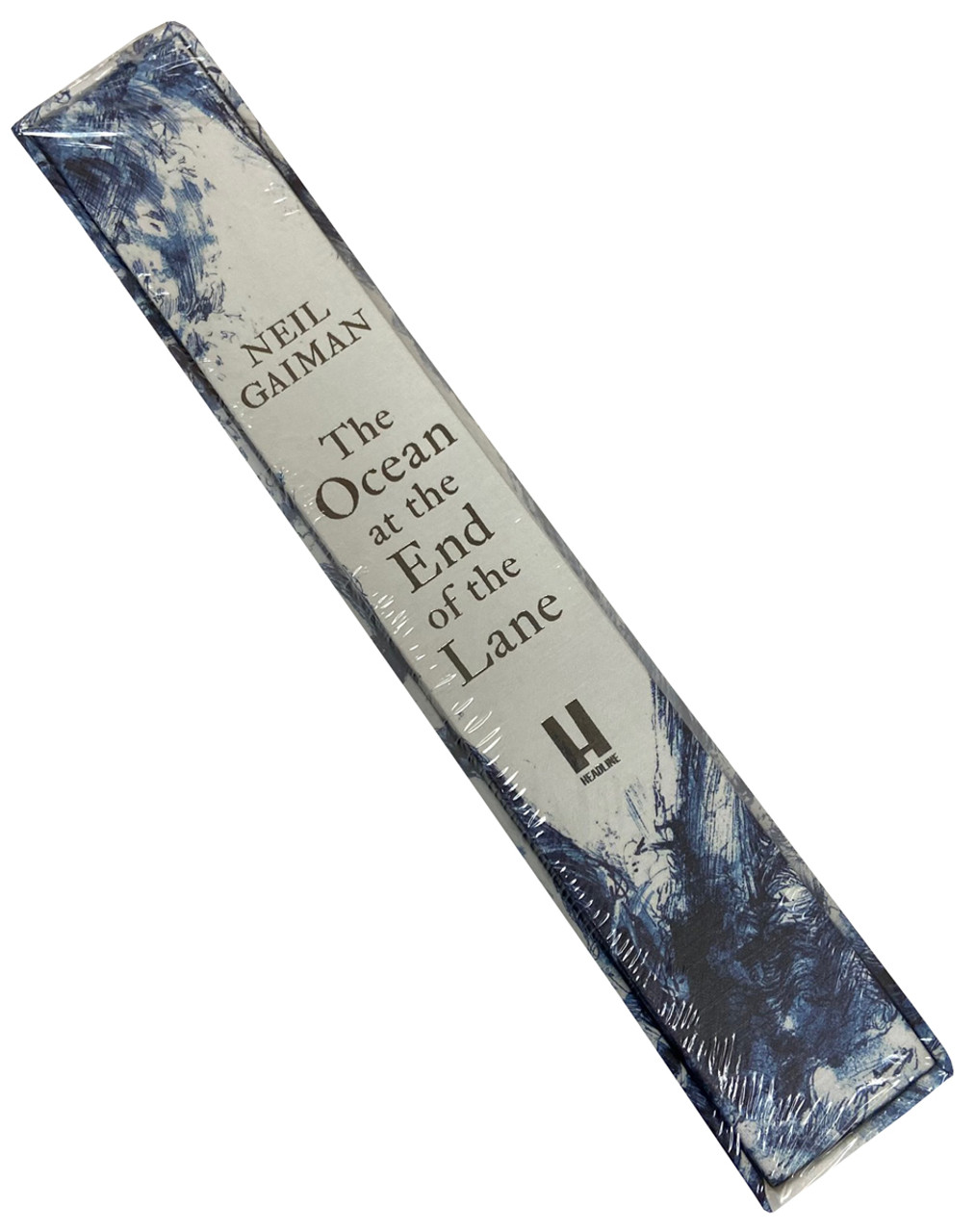 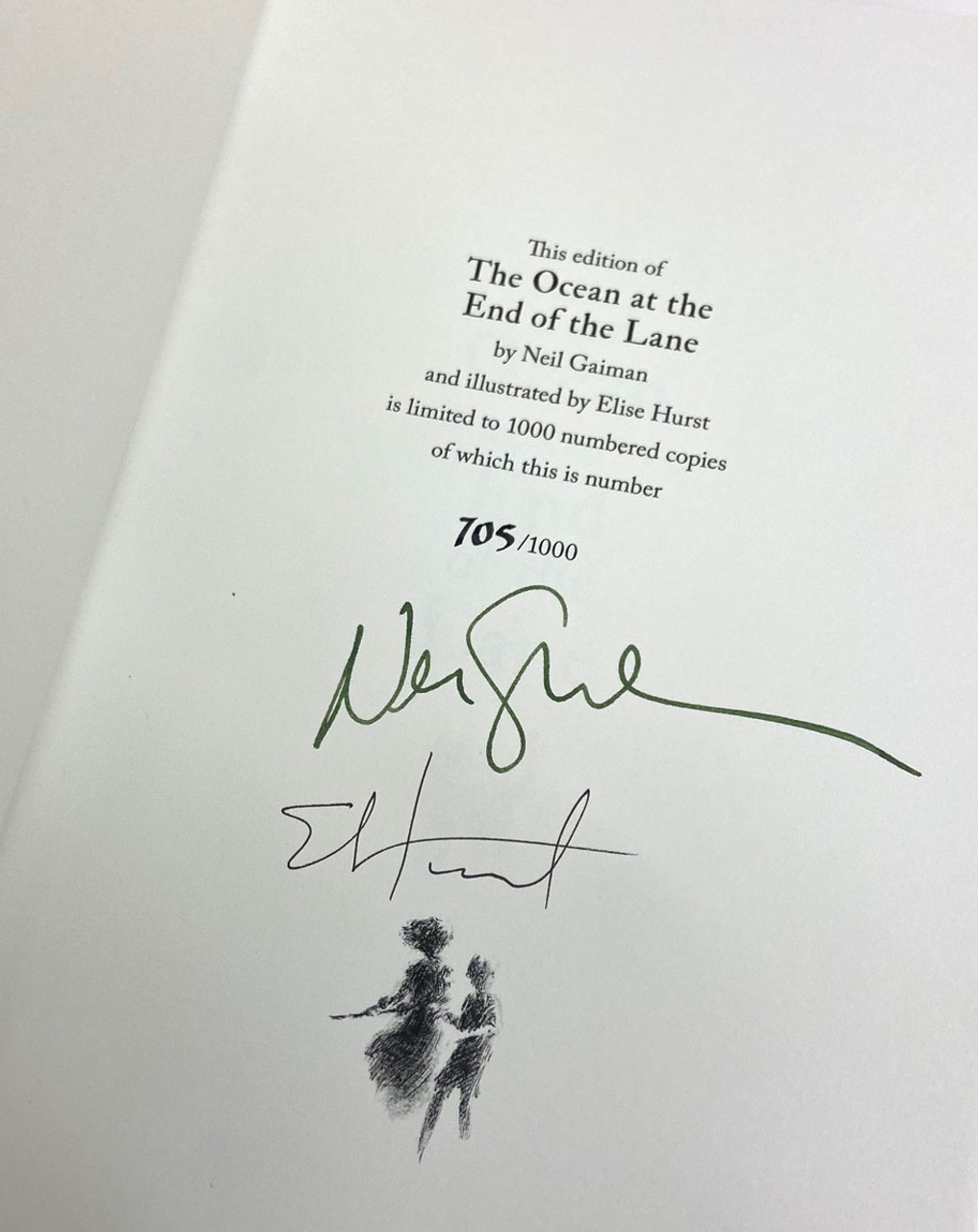 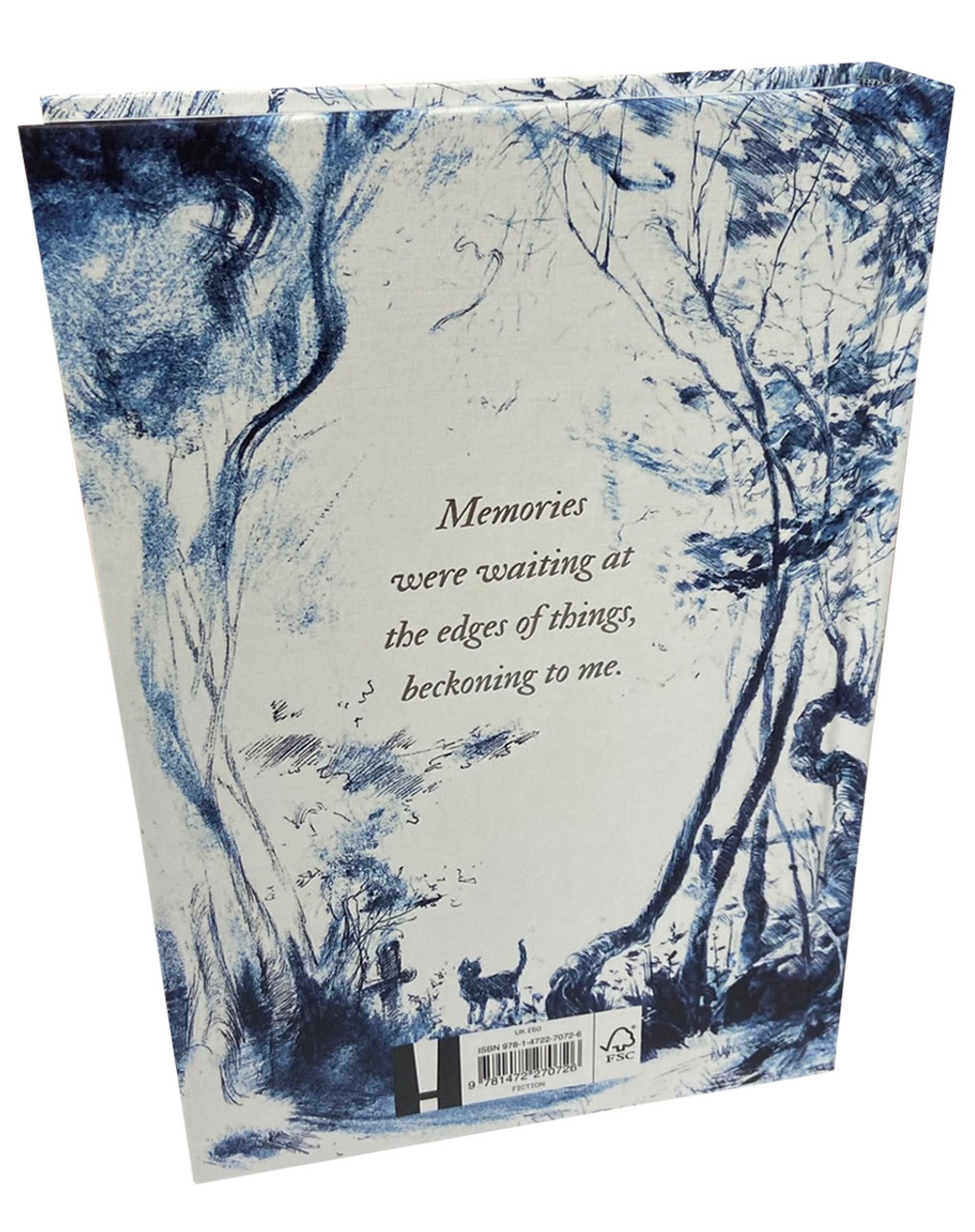 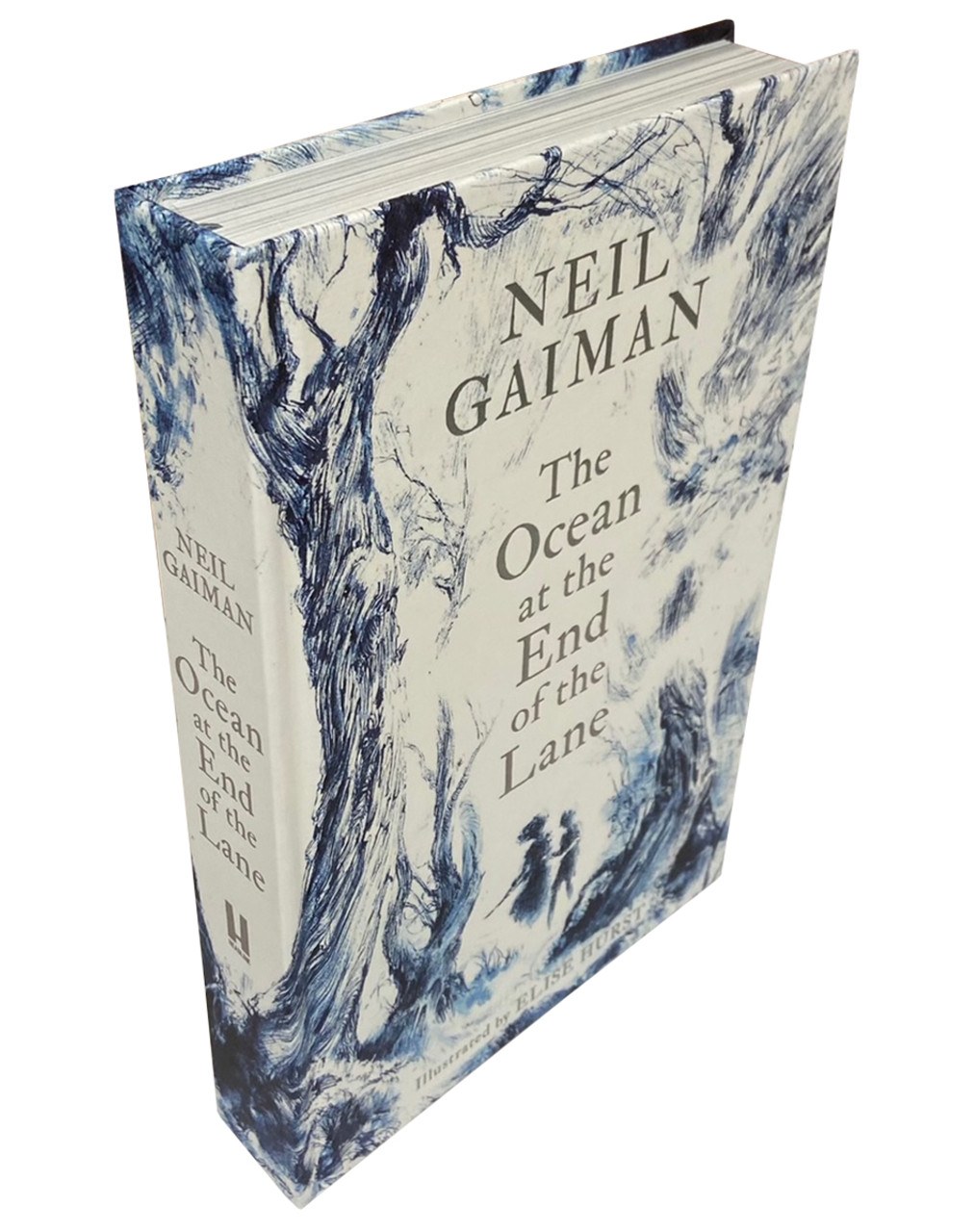 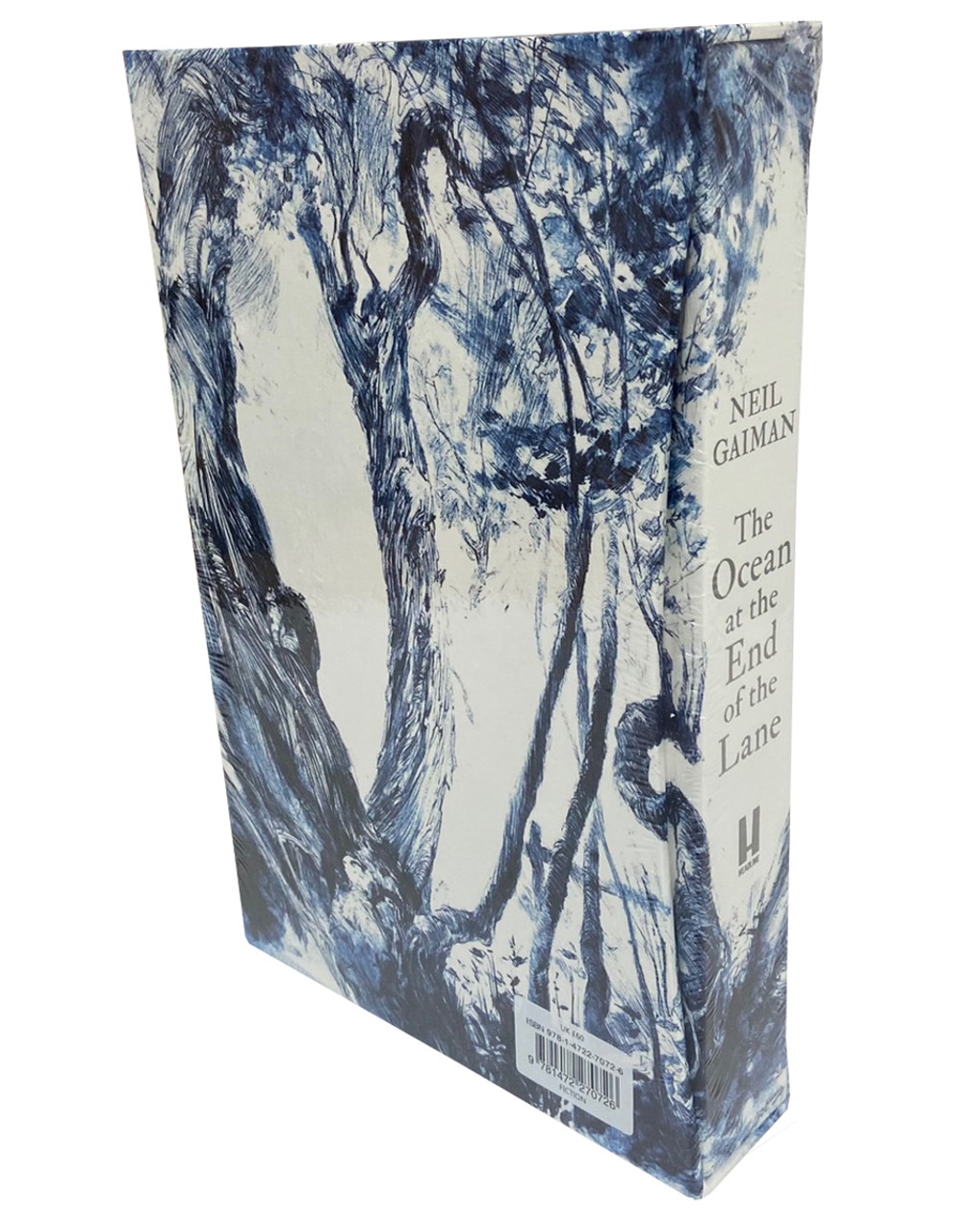 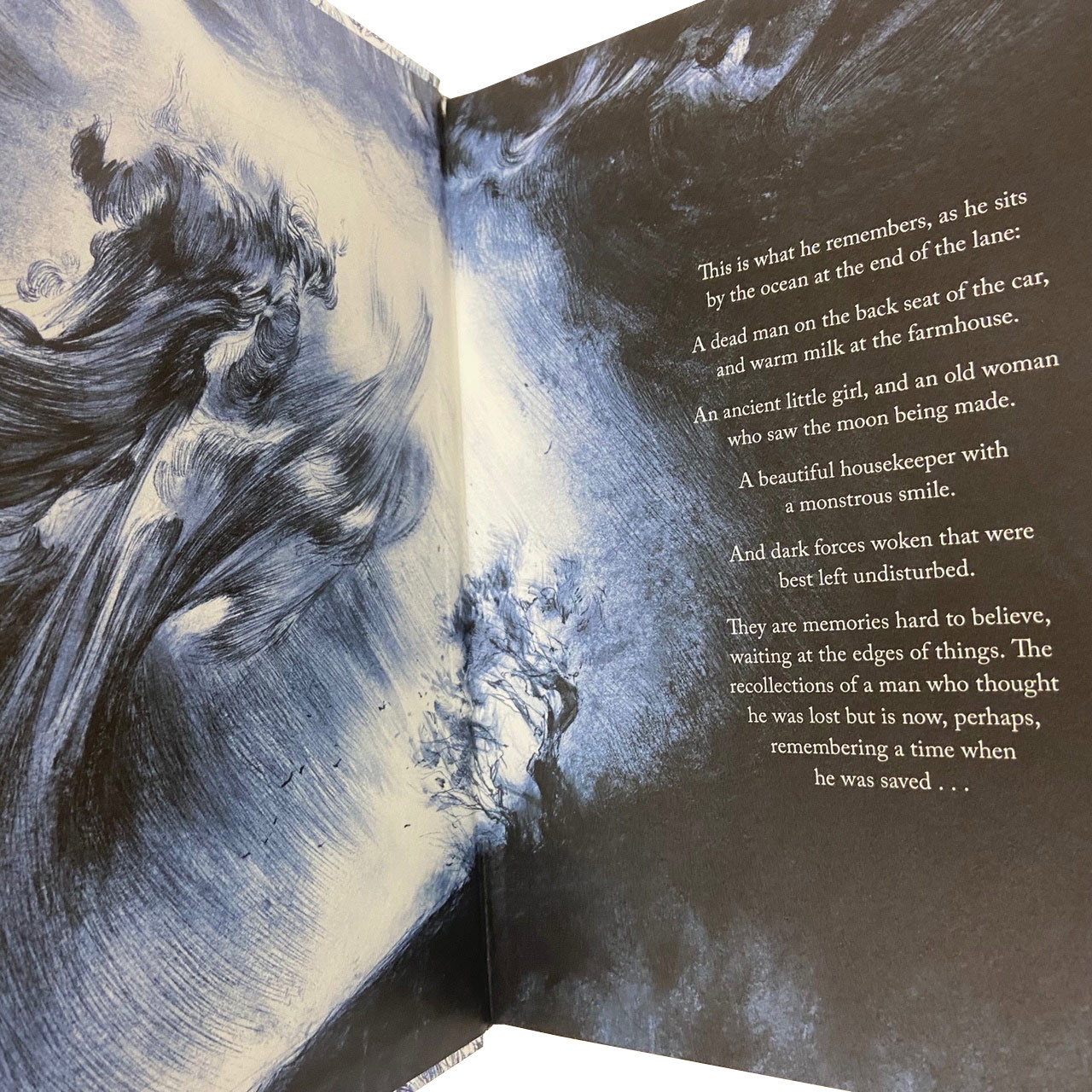 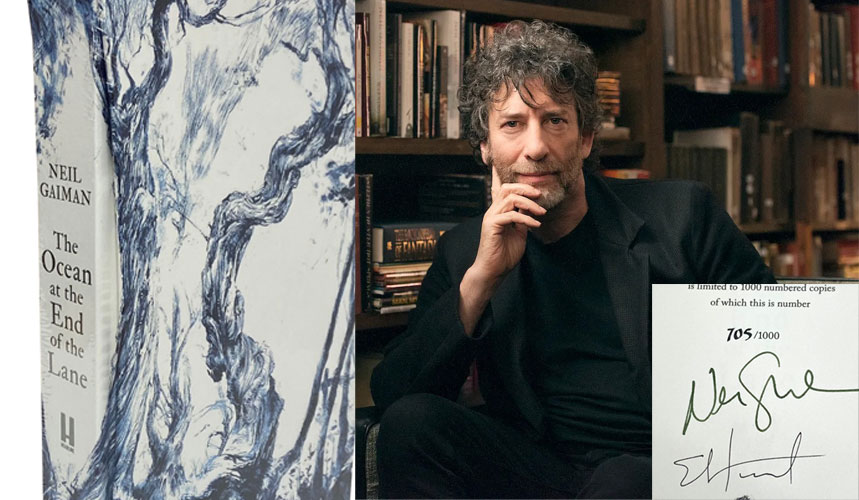 Dive into a magical novel of memory and the adventure of childhood, from one of the brightest, most brilliant writers of our generation.

The Ocean at the End of the Lane is the bestselling magical novel from Neil Gaiman, one of the most brilliant storytellers of our generation and author of the epic novel American Gods, and the much-loved Sandman series. ‘Possibly Gaiman’s most lyrical, scary and beautiful work yet. It’s a tale of childhood for grown-ups, a fantasy rooted in the darkest corners of reality’ (Independent on Sunday). If you loved the mesmerising world of Erin Morgenstern’s The Night Circus or were drawn into J.K. Rowling’s magical universe, this book is for you.

It began for our narrator forty years ago when the family lodger stole their car and committed suicide in it, stirring up ancient powers best left undisturbed. Dark creatures from beyond the world are on the loose, and it will take everything our narrator has just to stay alive. There is primal horror here, and menace unleashed - within his family and from the forces that have gathered to destroy it.

His only defense is three women, on a farm at the end of the lane. The youngest of them claims that her duckpond is an ocean. The oldest can remember the Big Bang.

THE OCEAN AT THE END OF THE LANE is a fable that reshapes modern fantasy: moving, terrifying and elegiac - as pure as a dream, as delicate as a butterfly's wing, as dangerous as a knife in the dark. 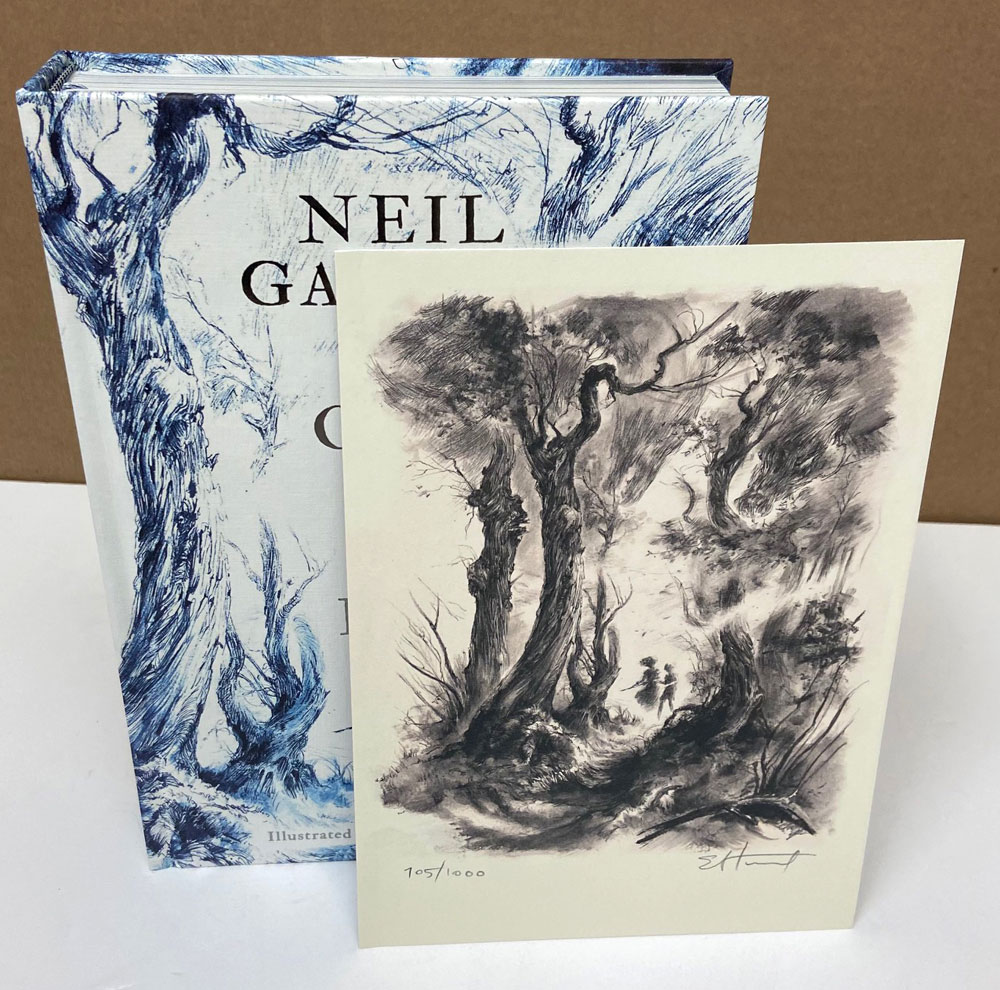 "Remarkable...wrenchingly, gorgeously elegiac...[I]n The Ocean at the End of the Lane, [Gaiman] summons up childhood magic and adventure while acknowledging their irrevocable loss, and he stitches the elegiac contradictions together so tightly that you won't see the seams." (Star Tribune, Minneapolis)

"Gaiman has crafted an achingly beautiful memoir of an imagination and a spellbinding story that sets three women at the center of everything...[I]t's a meditation on memory and mortality, a creative reflection on how the defining moments of childhood can inhabit the worlds we imagine." (Journal Sentinel, Milwaukee, WI)

"His prose is simple but poetic, his world strange but utterly believable; if he was South American we would call this magic realism rather than fantasy." (The Times, London)

"[W]orthy of a sleepless night...a fairy tale for adults that explores both innocence lost and the enthusiasm for seeing what's past one's proverbial fence...Gaiman is a master of creating worlds just a step to the left of our own." (USA Today)

"Poignant and heartbreaking, eloquent and frightening, impeccably rendered, it's a fable that reminds us how our lives are shaped by childhood experiences, what we gain from them and the price we pay." (Kirkus Reviews (starred review))

"[A] story concerning the bewildering gulf between the innocent and the authoritative, the powerless and the powerful, the child and the adult...Ocean is a novel to approach without caution; the author is clearly operating at the height of his career." (The Atlantic Wire)

"Ocean has that nearly invisible prose that keeps the focus firmly on the storytelling, and not on the writing...This simple exterior hides something much more interesting; in the same way that what looks like a pond can really be an ocean." (io9)

"In Gaiman's latest romp through otherworldly adventure, a young boy discovers a neighboring family's supernatural secret. Soon his innocence is tested by ancient, magical forces, and he learns the power of true friendship. The result is a captivating read, equal parts sweet, sad, and spooky." (Parade)

Neil Gaiman (born 10 November 1960) is an English author of short fiction, novels, comic books, graphic novels, nonfiction, audio theatre, and films. His works include the comic book series The Sandman and novels Stardust, American Gods, Coraline, and The Graveyard Book. He has won numerous awards, including the Hugo, Nebula, and Bram Stoker awards, as well as the Newbery and Carnegie medals. He is the first author to win both the Newbery and the Carnegie medals for the same work, The Graveyard Book (2008). In 2013, The Ocean at the End of the Lane was voted Book of the Year in the British National Book Awards. Gaiman has lived near Menomonie, Wisconsin, since 1992. As of 2013, Gaiman also resides in Cambridge, Massachusetts. In 2014, he took up a five year appointment as professor in the arts at Bard College, in Annandale-on-Hudson, New York. Gaiman frequently performs public readings from his stories and poetry, and has toured with his wife, musician Amanda Palmer. 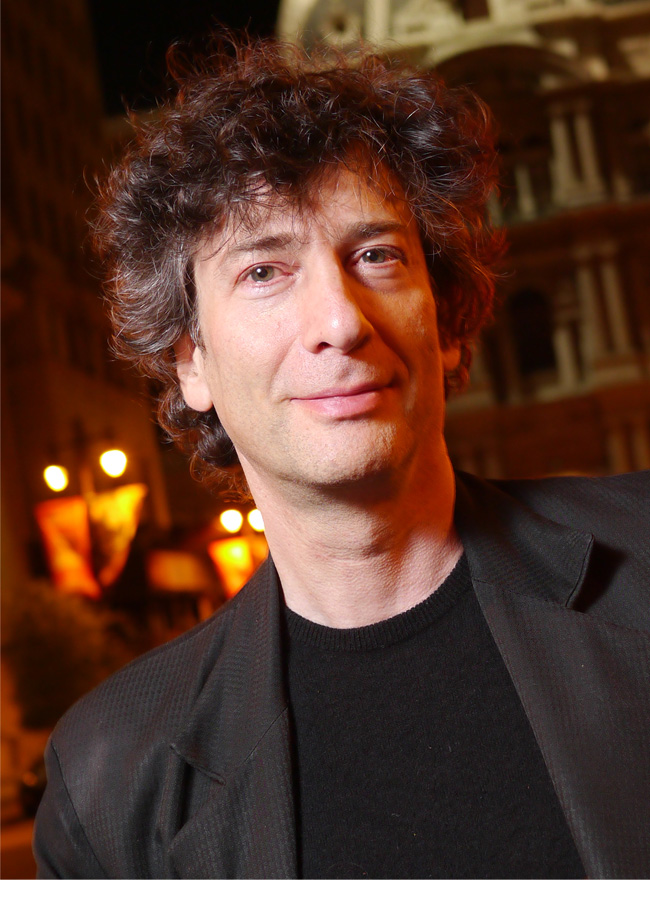 Elise Hurst is a Melbourne-based illustrator, fine artist and author, specialising in children's books. Beginning as a self-taught traditional artist, she soon moved into book illustration and now combines the two in an ever-growing series of narrative artworks, set in a vintage alternate reality.

Published both in Australia and internationally, her work travels around the world as cards, prints and books. And her fine art pieces and commissions have found their homes in corporate and private collections from Melbourne to London. 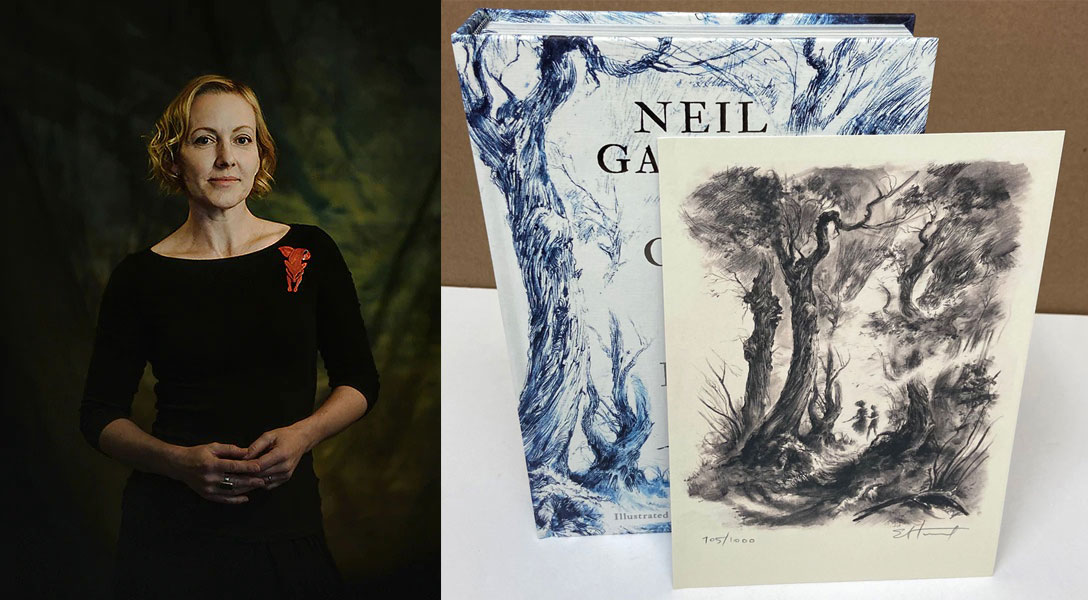 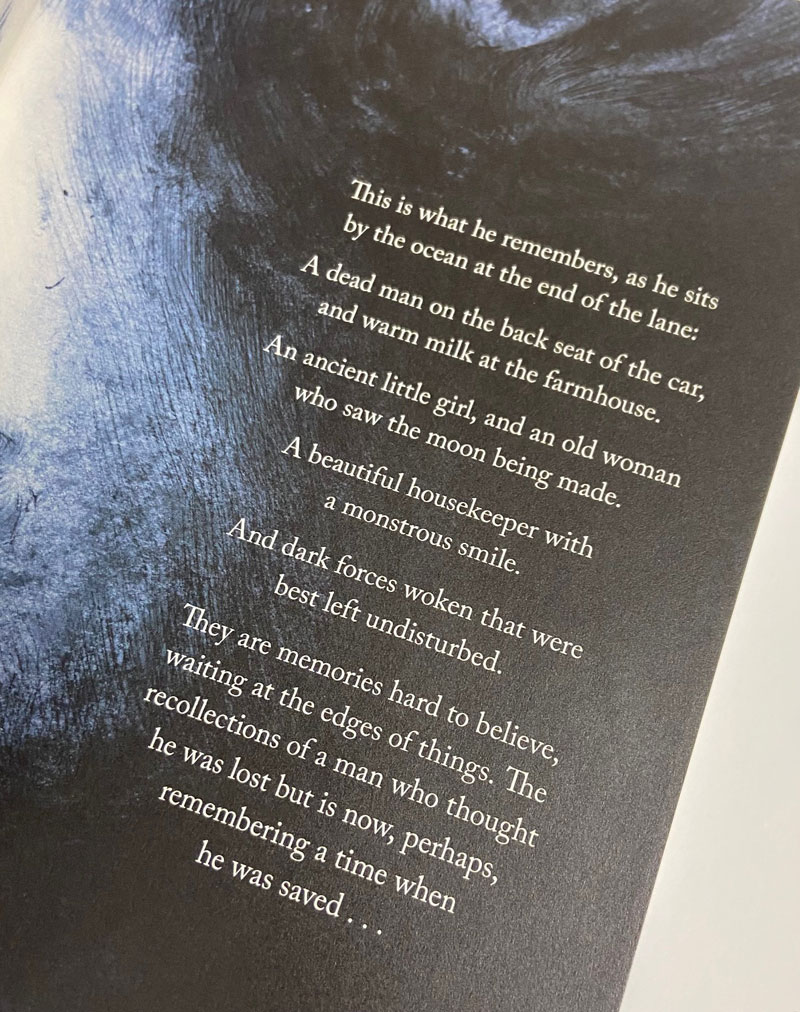 "The boundaries are always there—between the graveyard and the world beyond, between life and death, and the crossing of them." -- Neil Gaiman Personally signed by Neil Gaiman, the first author to...