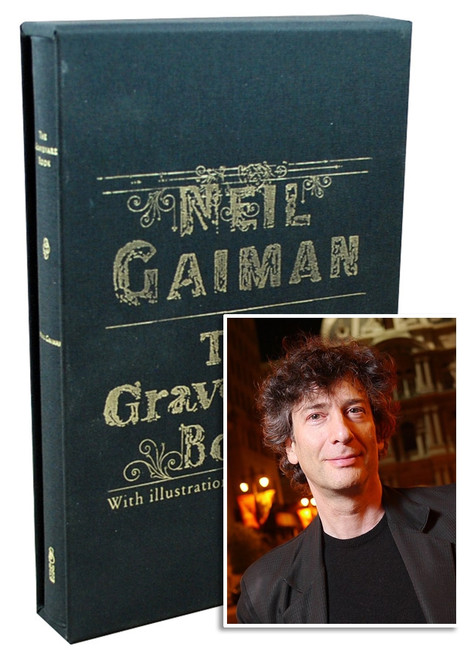 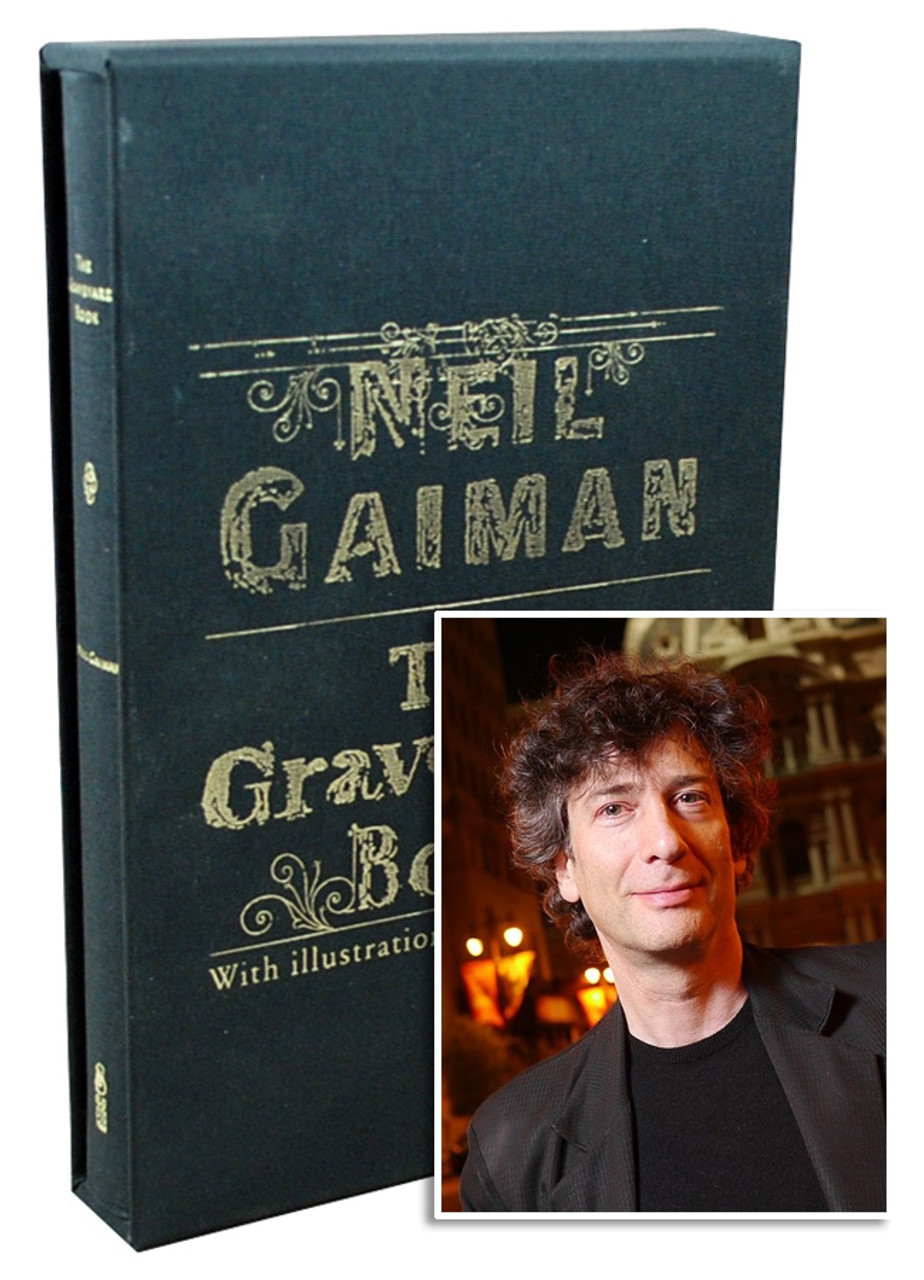 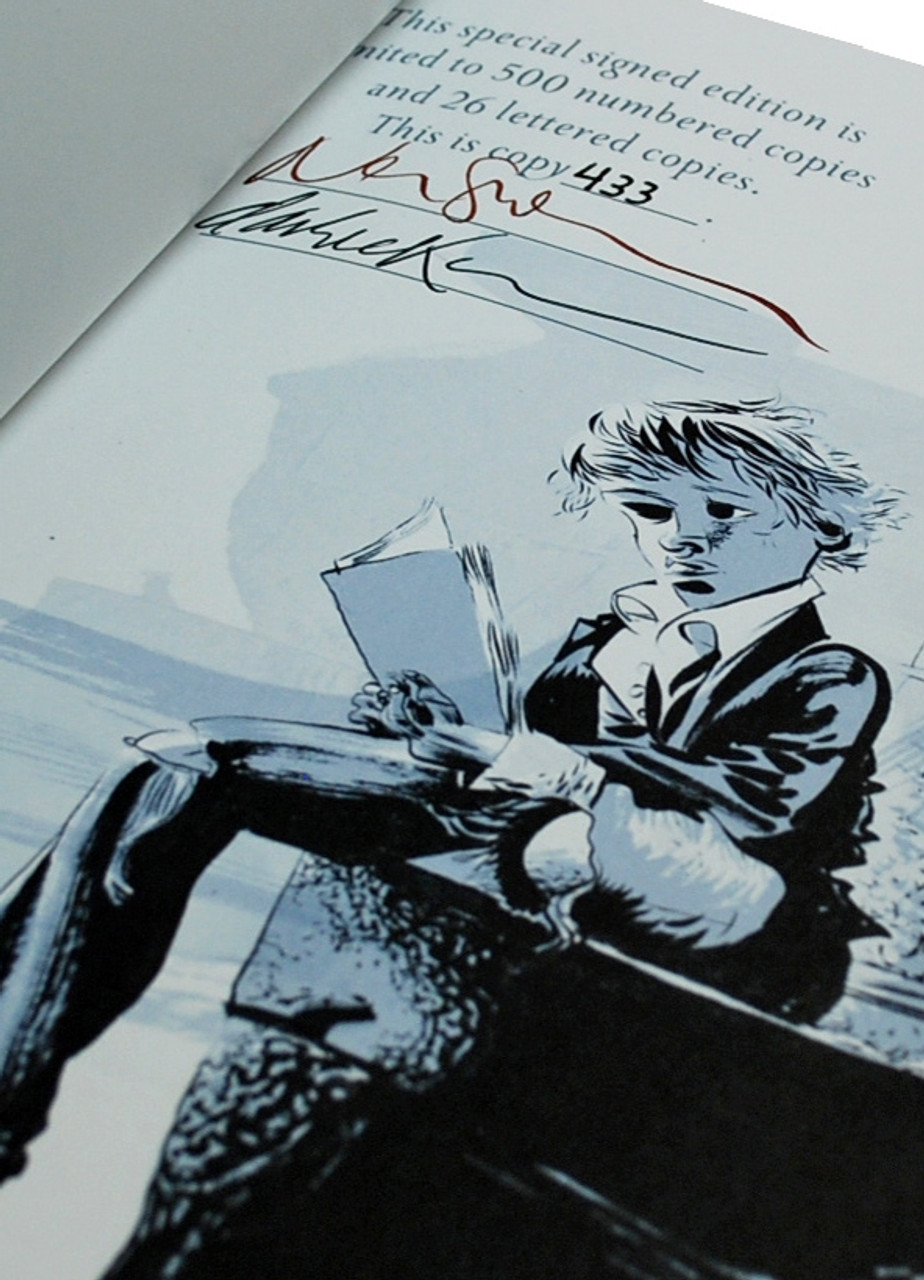 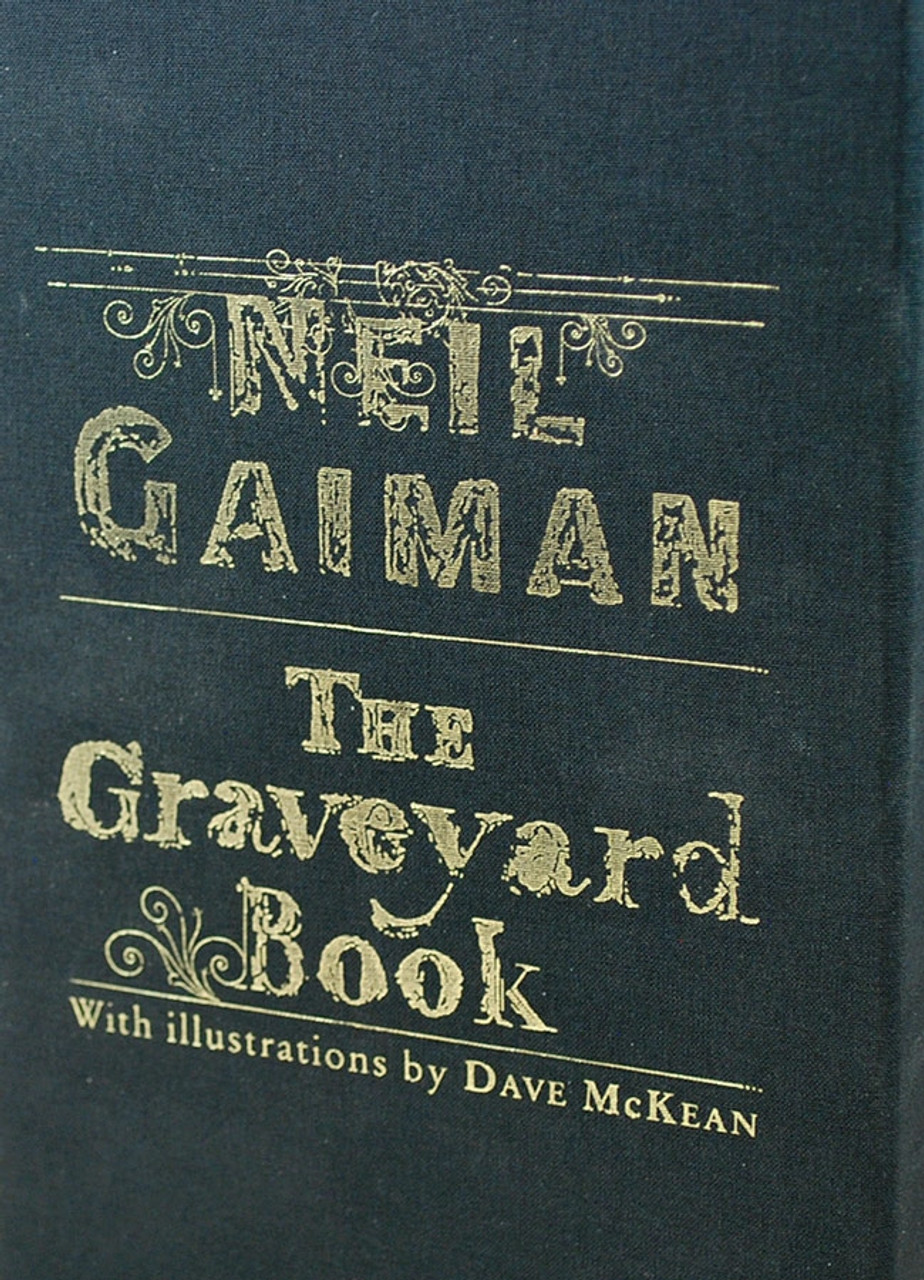 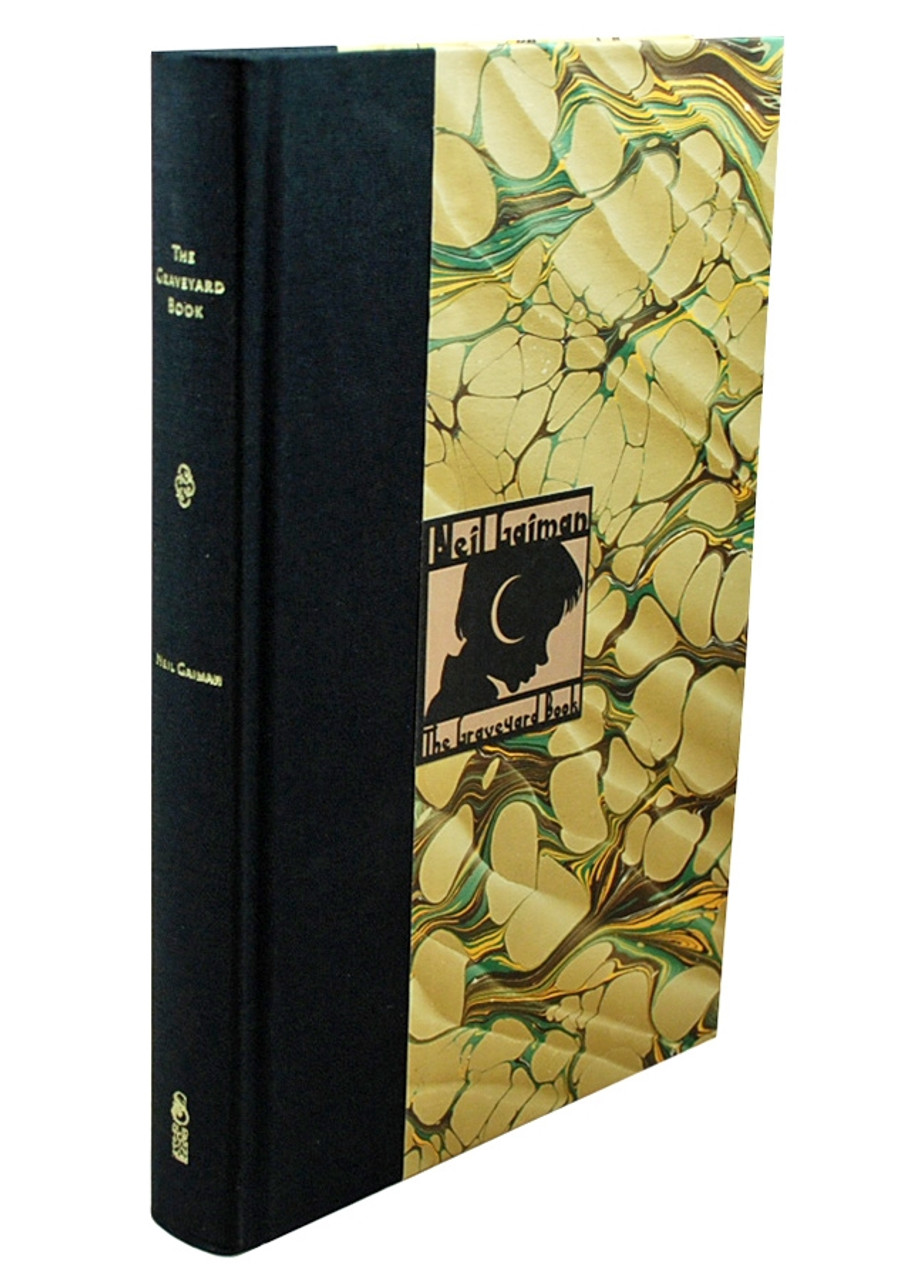 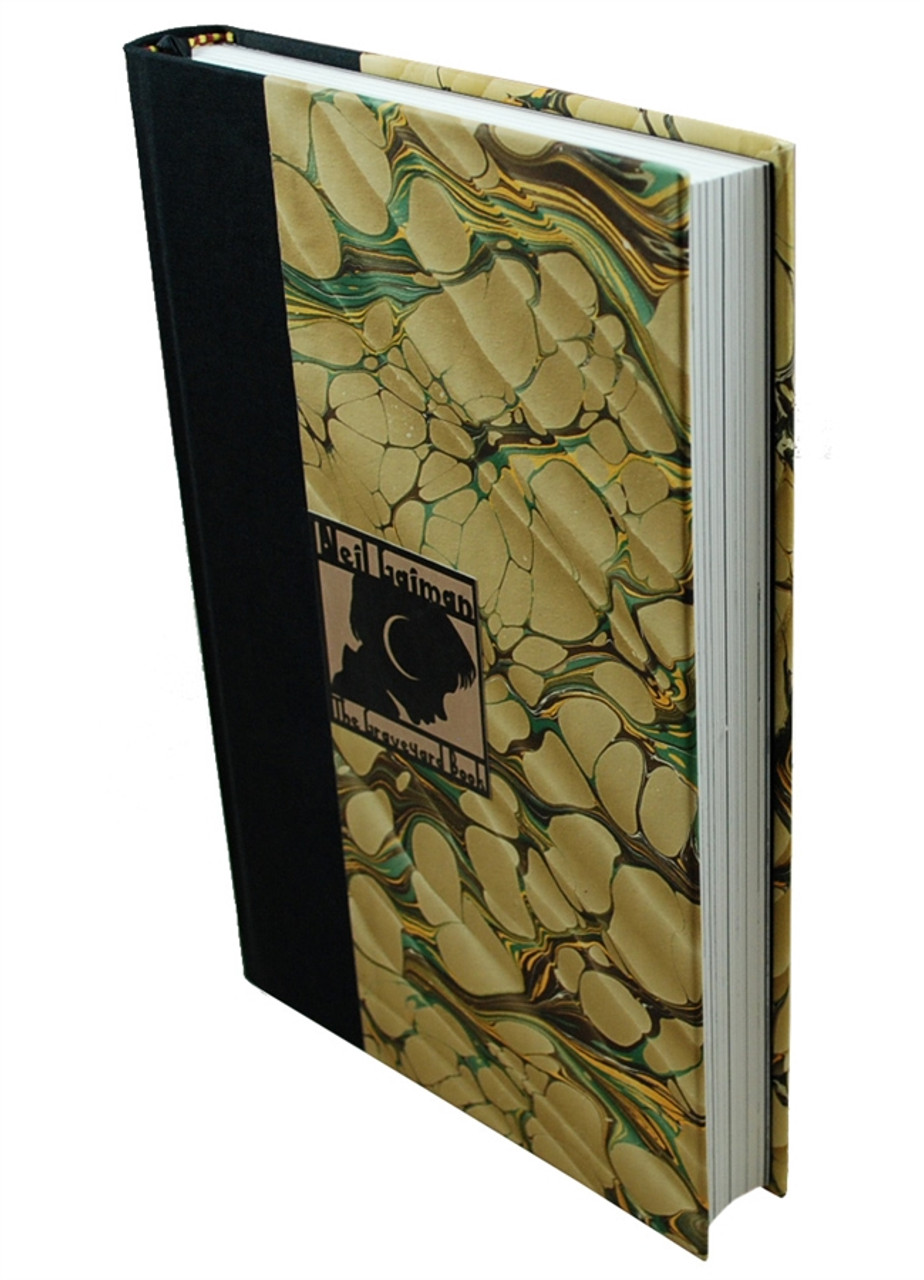 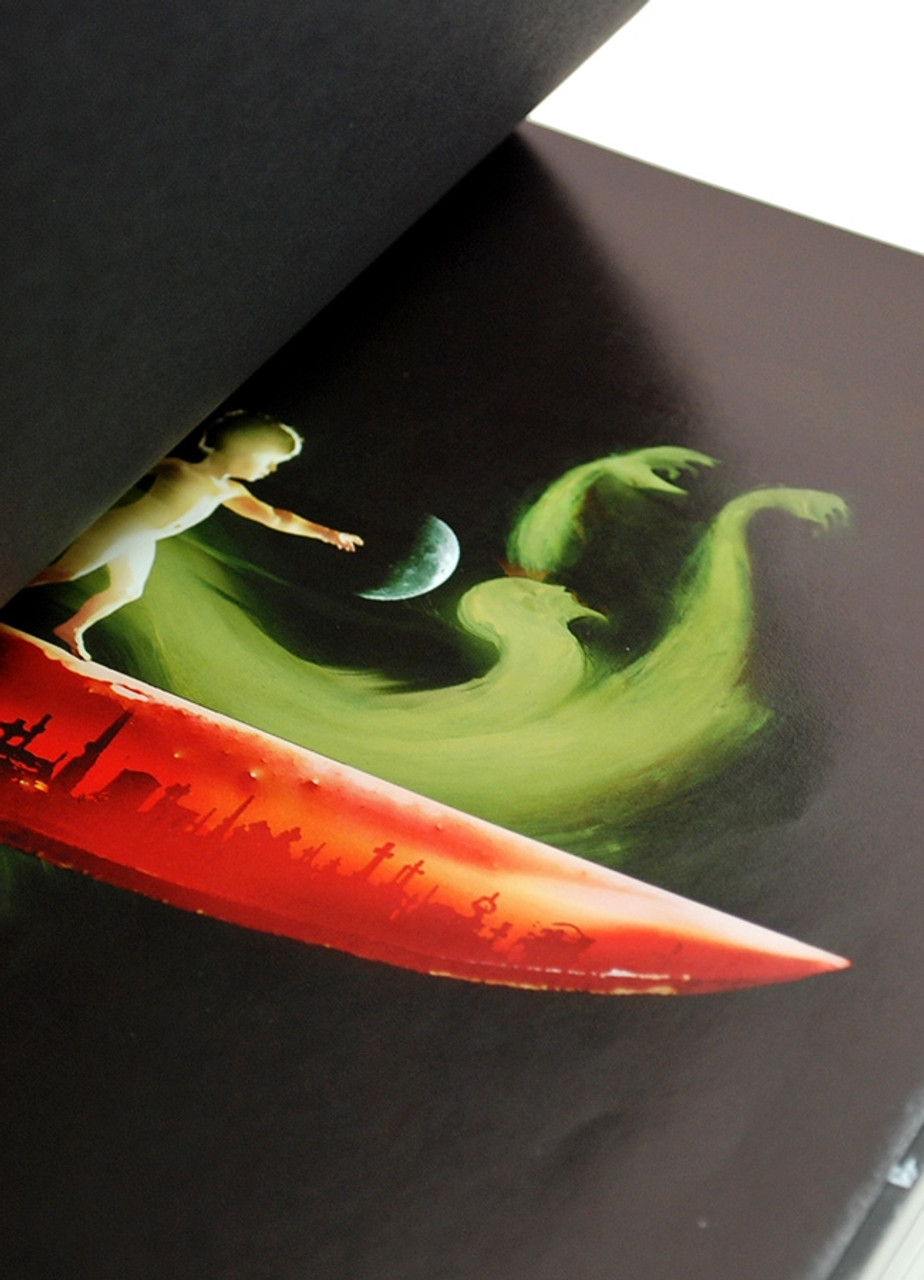 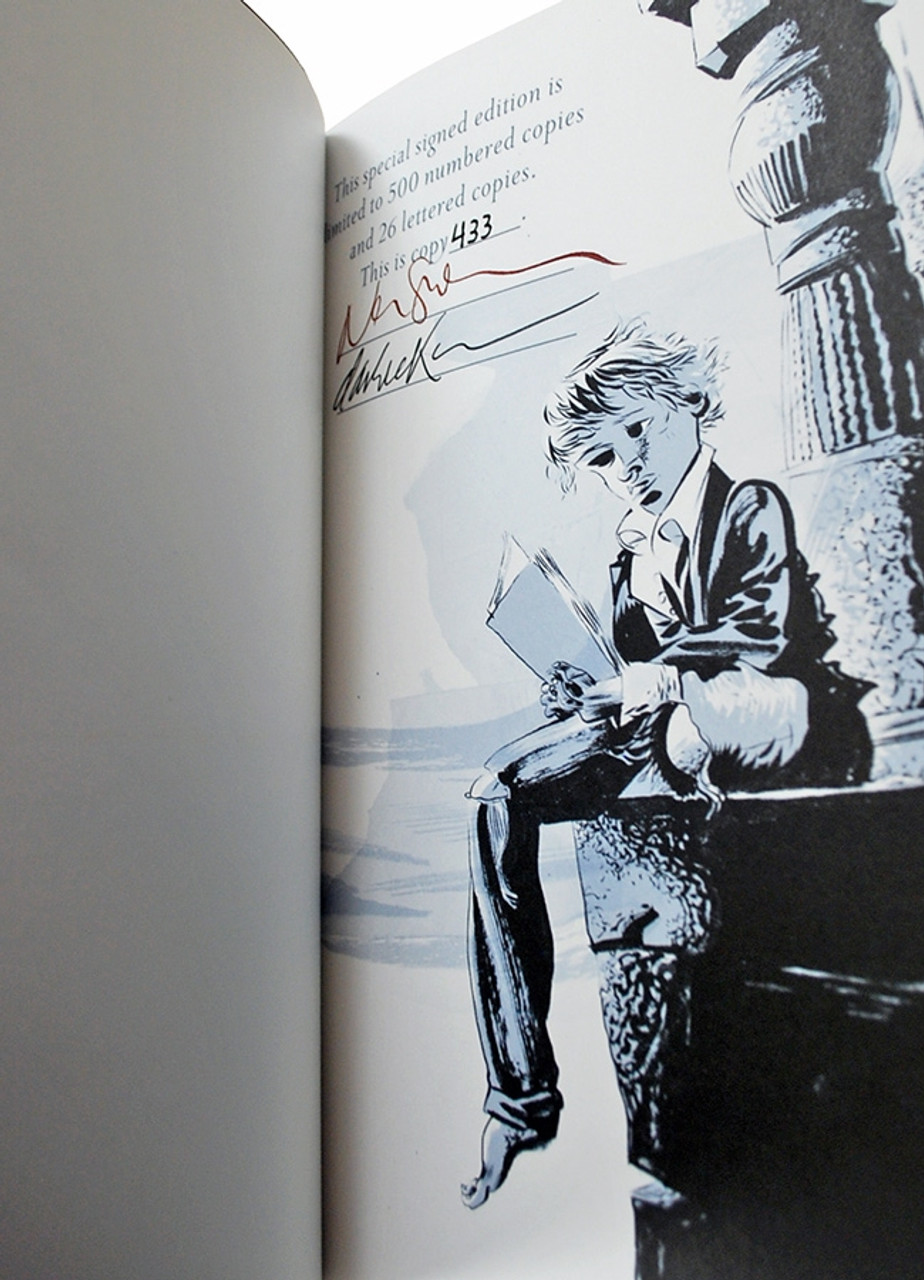 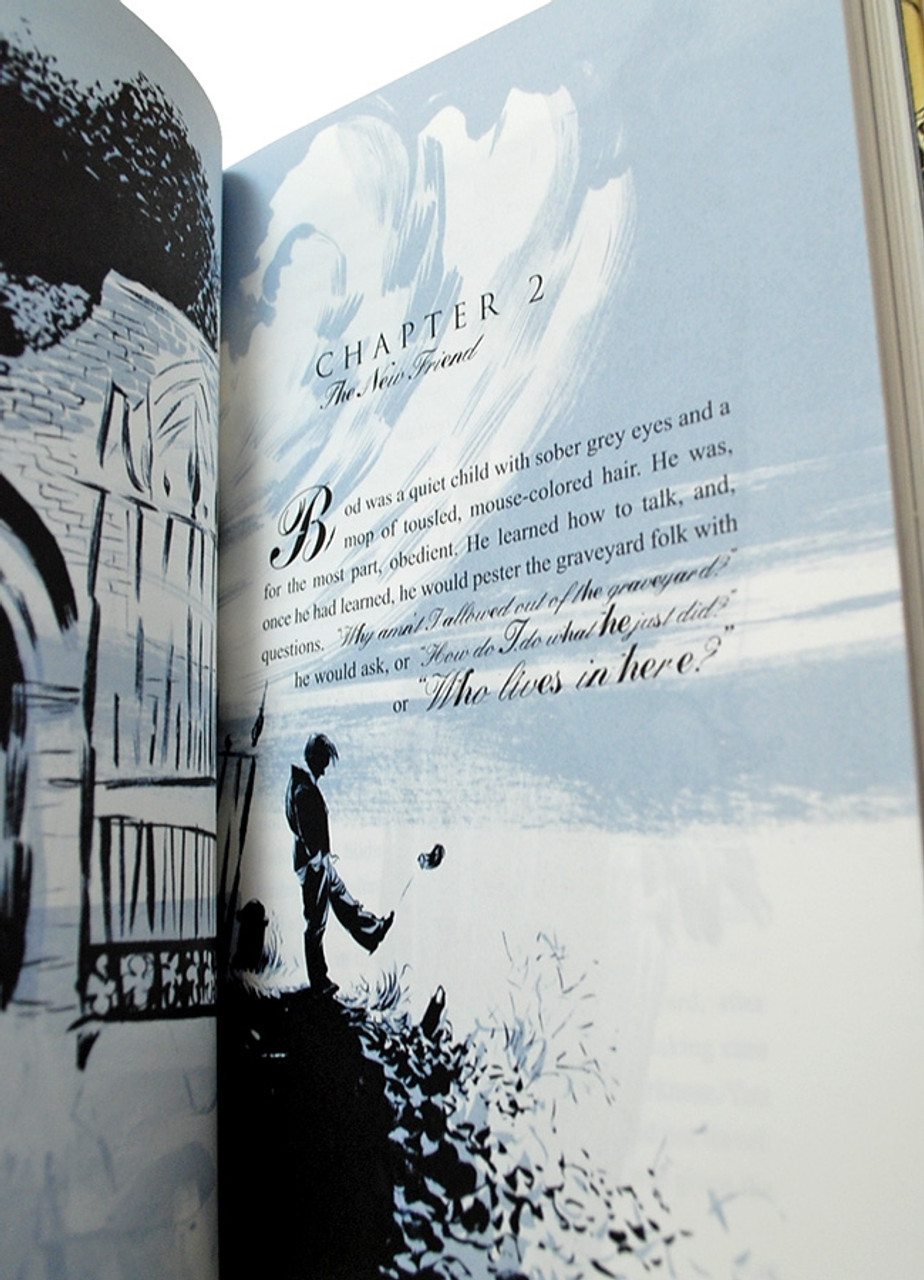 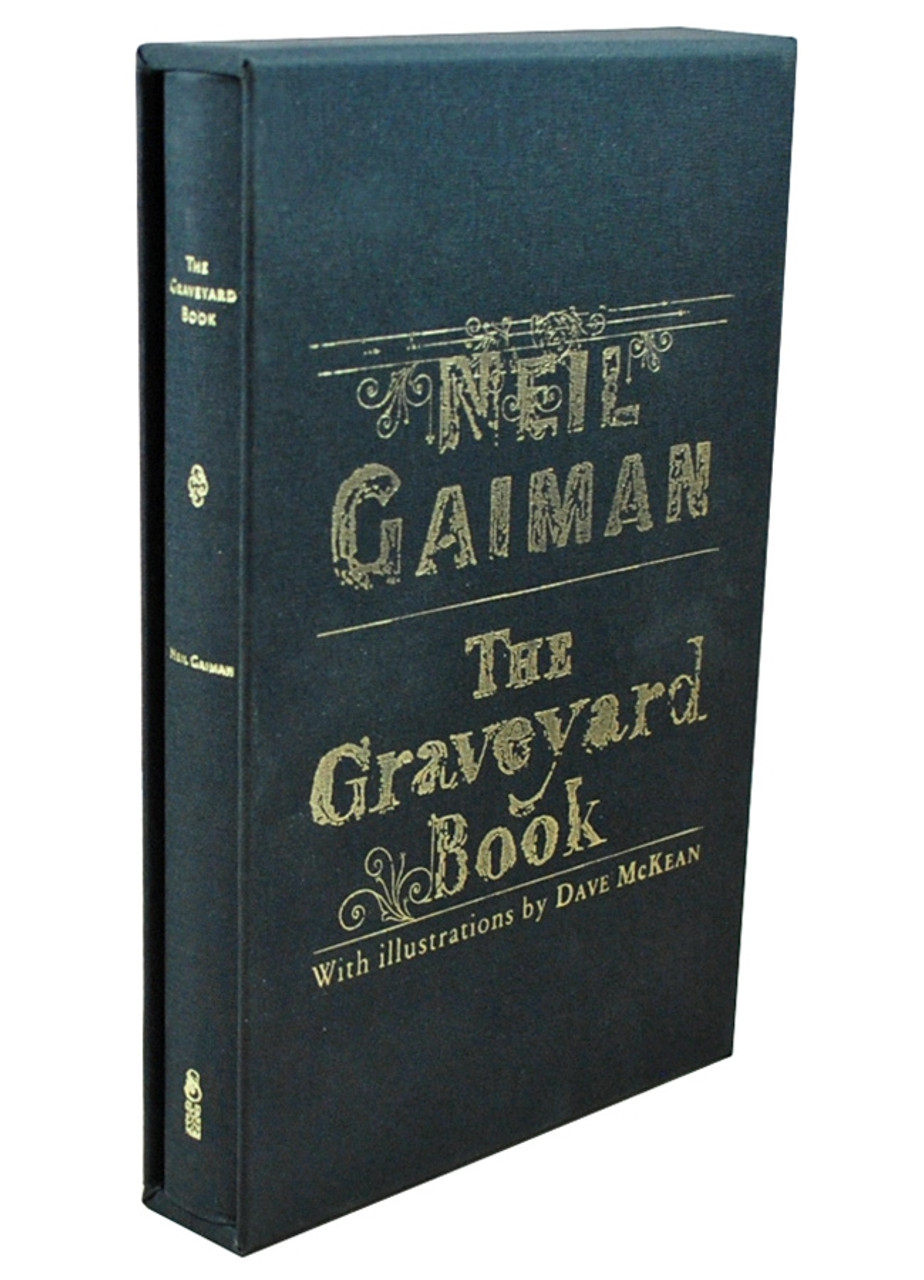 "The boundaries are always there—between the graveyard and the world beyond, between life and death, and the crossing of them." -- Neil Gaiman

Personally signed by Neil Gaiman and the illustrator Dave McKean


Subterranean Press 2008. Neil Gaiman "The Graveyard Book" Signed Limited Edition No. 433 of 500. Signed by the author and the illustrator. Illustrated by Dave McKean. 300 pages. This edition is now OUT OF PRINT from the publisher.


Decorative marble boards with illustrated unique to this edition throughout the book. This edition uses two colors and duotone throughout, full color section at end with alternative covers and sketches. It is housed in a matching cloth slipcase with lavish gilt lettering to cover.

The Graveyard Tales was Winner of the 2009 Newberry Medal.

Hear this tragic tale: a sleeping family, a talented murderer, and an adventurous toddler -- orphaned, but not assassinated. Small and alone, by accident and luck he escapes the scene of the crime and climbs a grassy hill to safety. At the top of the hill the boy finds a fence, and on the other side, a dark, quiet place.

And what is to become of him?

Subterranean Press is proud to present the Limited Edition of Neil Gaiman's new novel, a masterwork that will appeal to both children and adults. We're still working with artist Dave McKean on the specifics, but we can tell you our edition will be larger than the trade hardcover, printed on Mohawk Superfine, bound with an Iris cloth spine and marbled papers over the boards, with premium endsheets.

We've just heard from Dave McKean, who is at work designing our editon, which will include the following exclusive features:

– New and very different design from the Harpers and Bloomsbury editions;

– New photographic sections adding atmosphere under the title pages at the beginning, and under the Interlude chapter;

– Use of two colour and duotone throughout;

– Full colour section at the end, with alternate covers, roughs and sketches.

This edition was produced with the following states:

THIS IS ONE OF THE 500 NUMBERED COPIES.

The Graveyard Book is a young adult fantasy novel by the English author Neil Gaiman, simultaneously published in Britain and America in 2008. The Graveyard Book traces the story of the boy Nobody "Bod" Owens who is adopted and raised by the supernatural occupants of a graveyard after his family is brutally murdered.

“The Graveyard Book, by turns exciting and witty, sinister and tender, shows Gaiman at the top of his form. In this novel of wonder, Neil Gaiman follows in the footsteps of long-ago storytellers, weaving a tale of unforgettable enchantment.” (New York Times Book Review)


From the Back Cover

It takes a graveyard to raise a child.

Nobody Owens, known as Bod, is a normal boy. He would be completely normal if he didn't live in a graveyard, being raised by ghosts, with a guardian who belongs to neither the world of the living nor the dead. There are adventures in the graveyard for a boy—an ancient Indigo Man, a gateway to the abandoned city of ghouls, the strange and terrible Sleer. But if Bod leaves the graveyard, he will be in danger from the man Jack—who has already killed Bod's family. 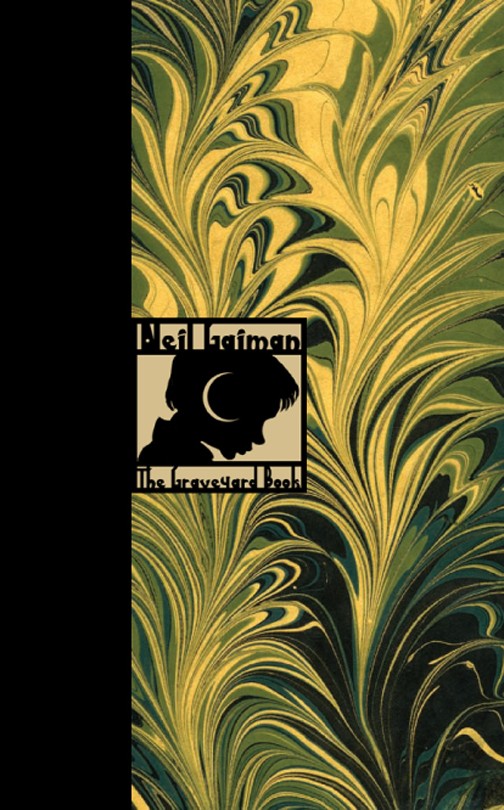 Very Fine book without any flaws. A wonderful bring clean copy without any marks, writings, or stamps. Clean & straight boards. No attached bookplates or indication of any removed. A well-cared for book, protected from any potential damage. Unread with square and tight spine. Slipcase in Near Fine+ condition with a few minor marks to a couple of spots only.

"The boundaries are always there—between the graveyard and the world beyond, between life and death, and the crossing of them." -- Neil Gaiman Personally signed by Neil Gaiman, the first author to...