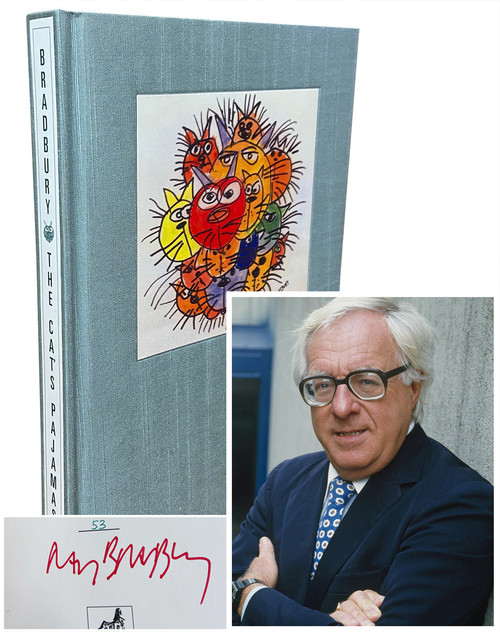 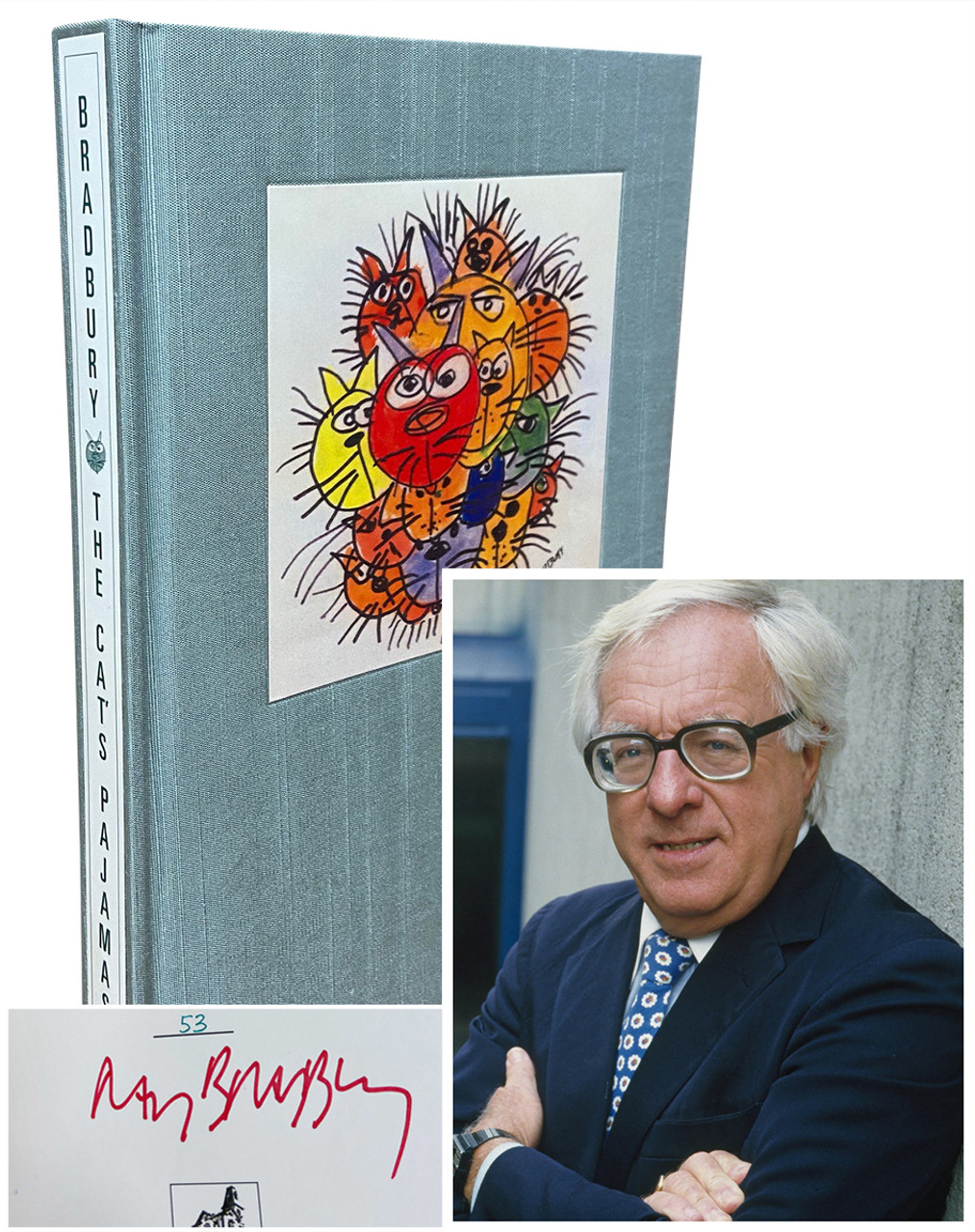 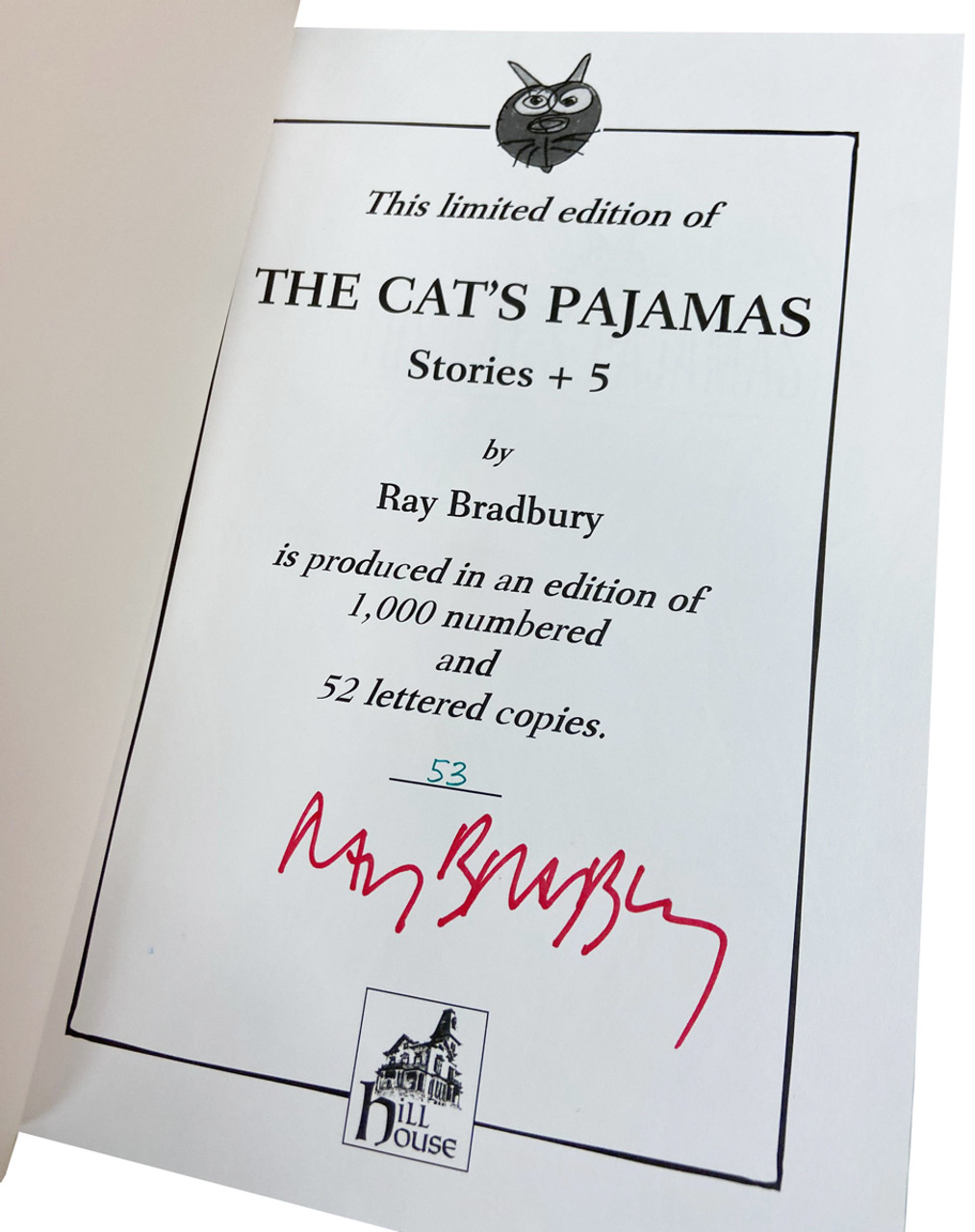 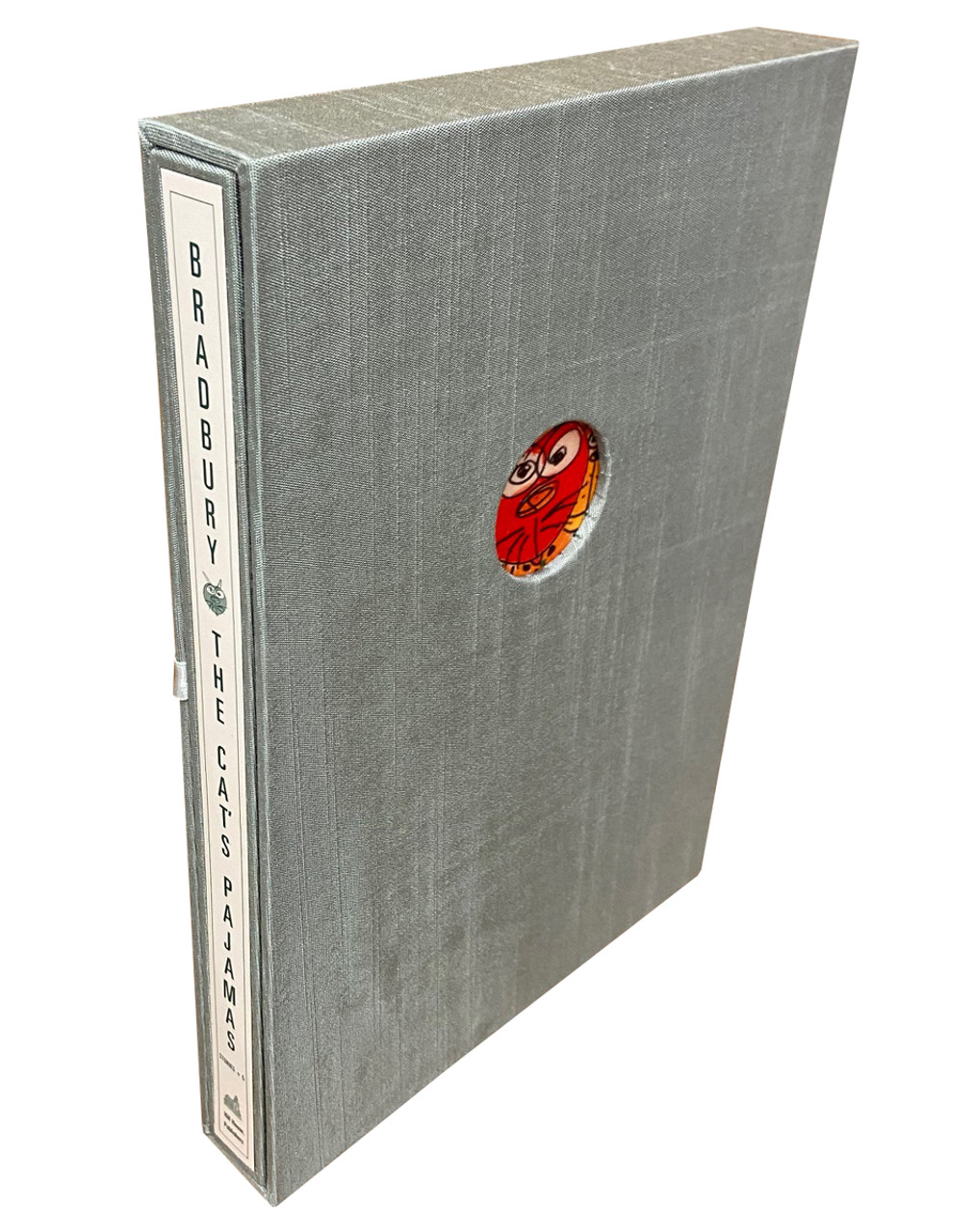 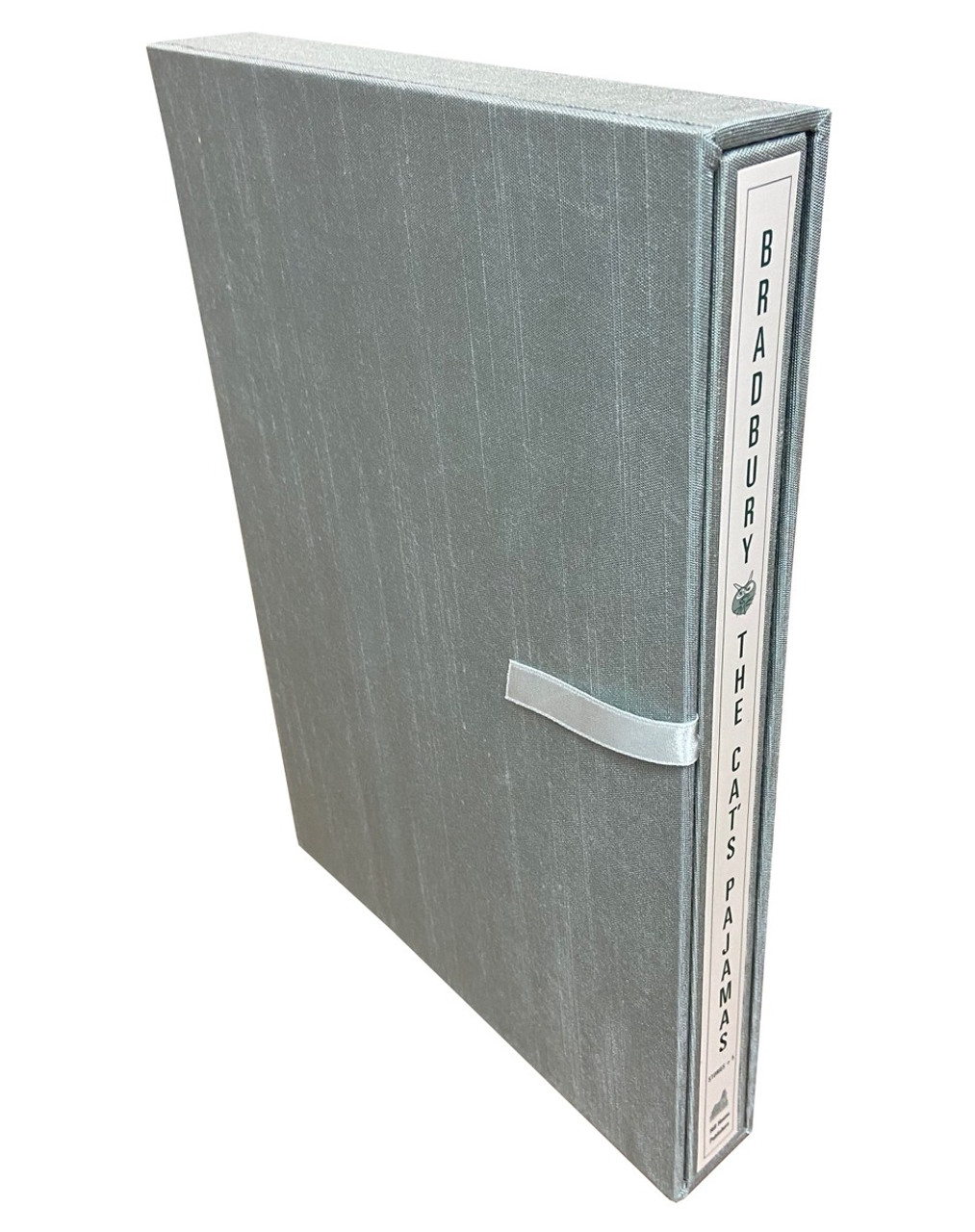 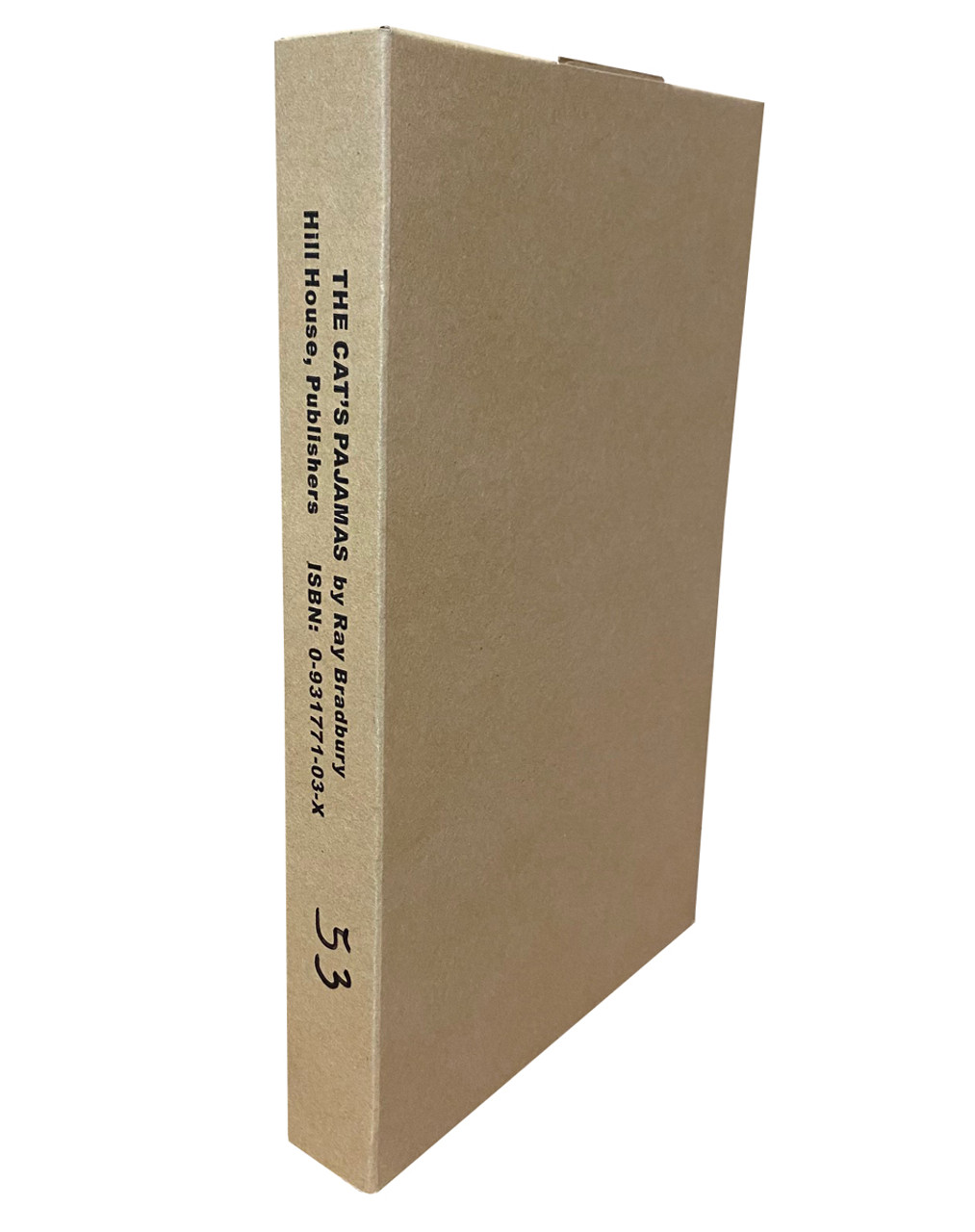 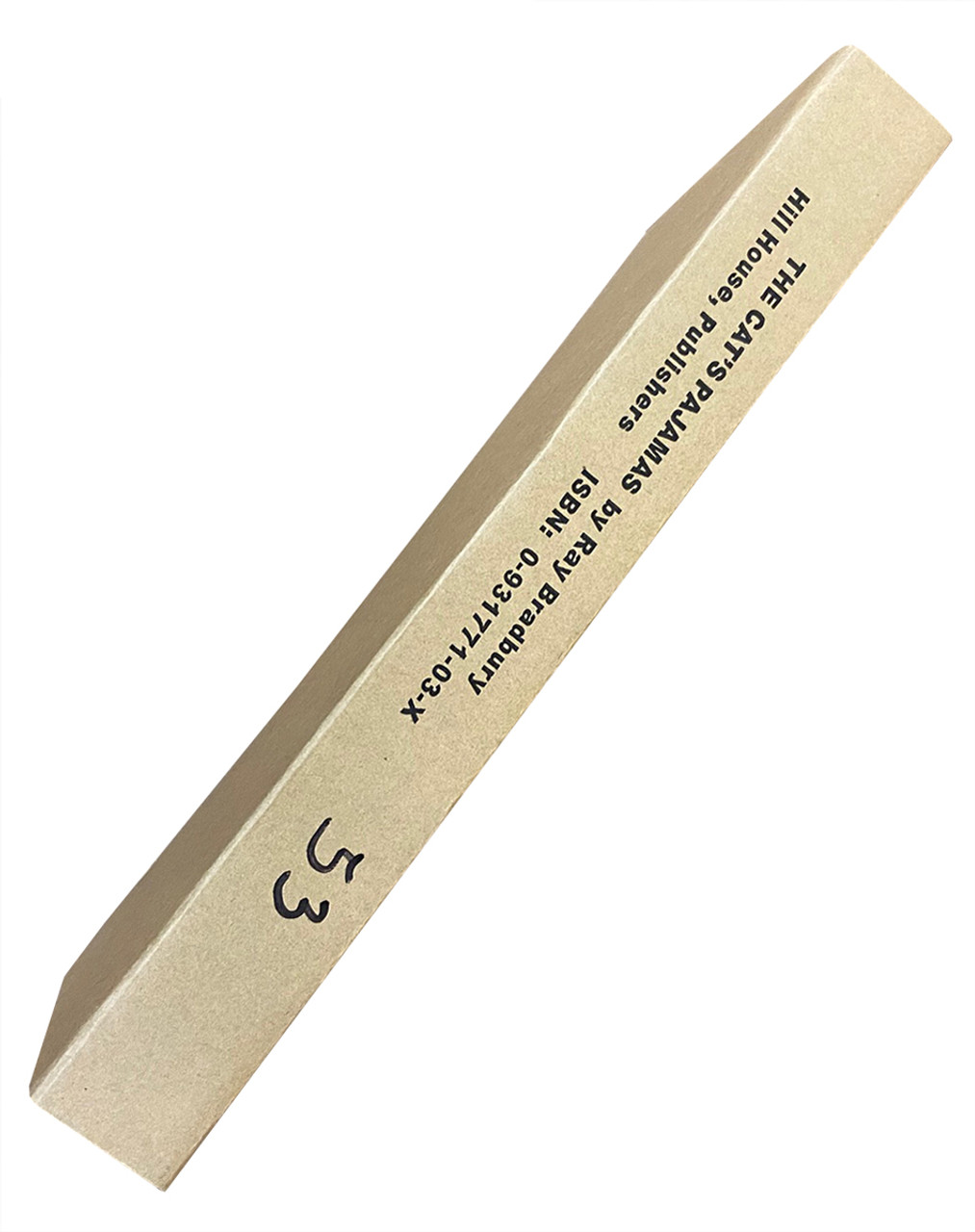 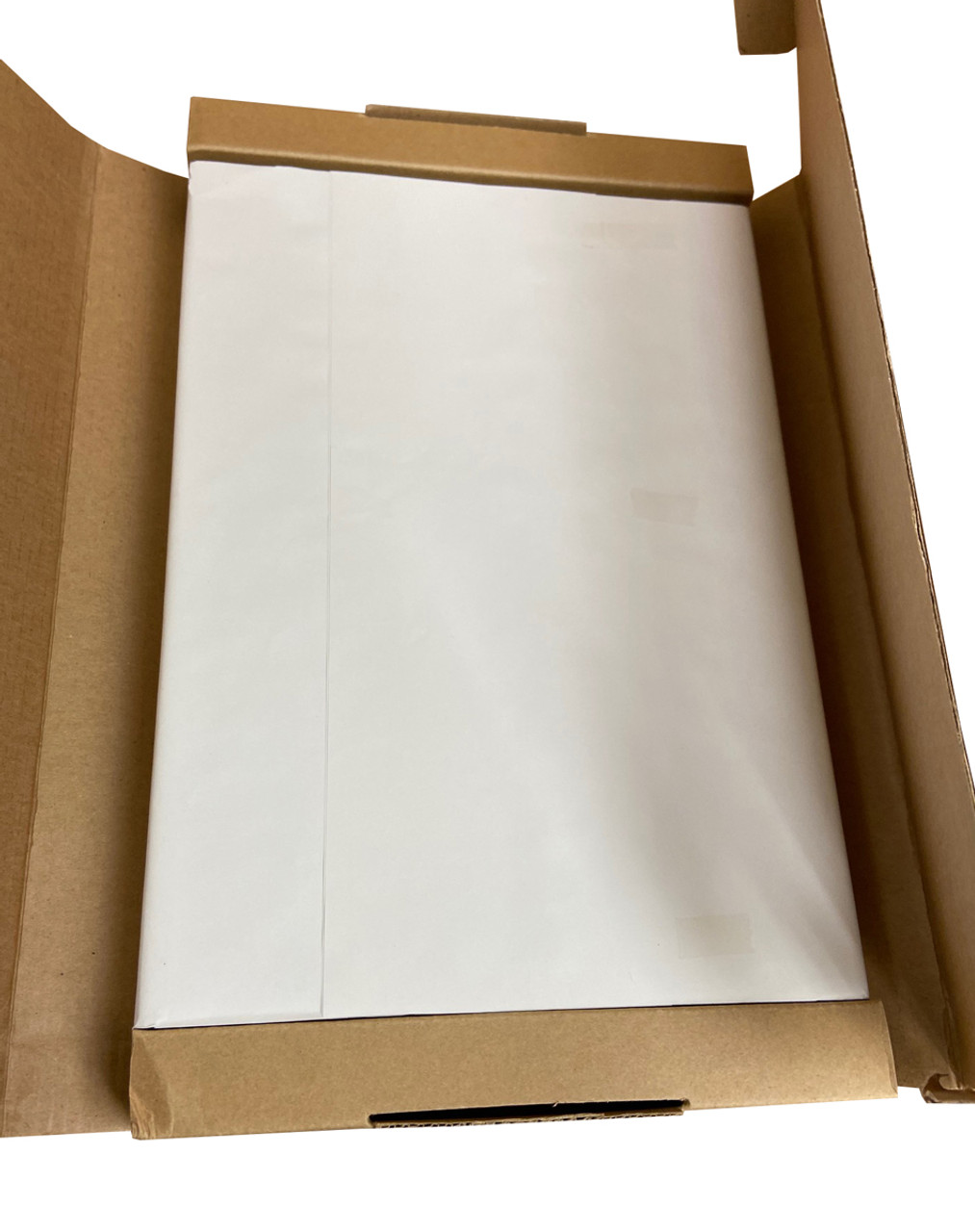 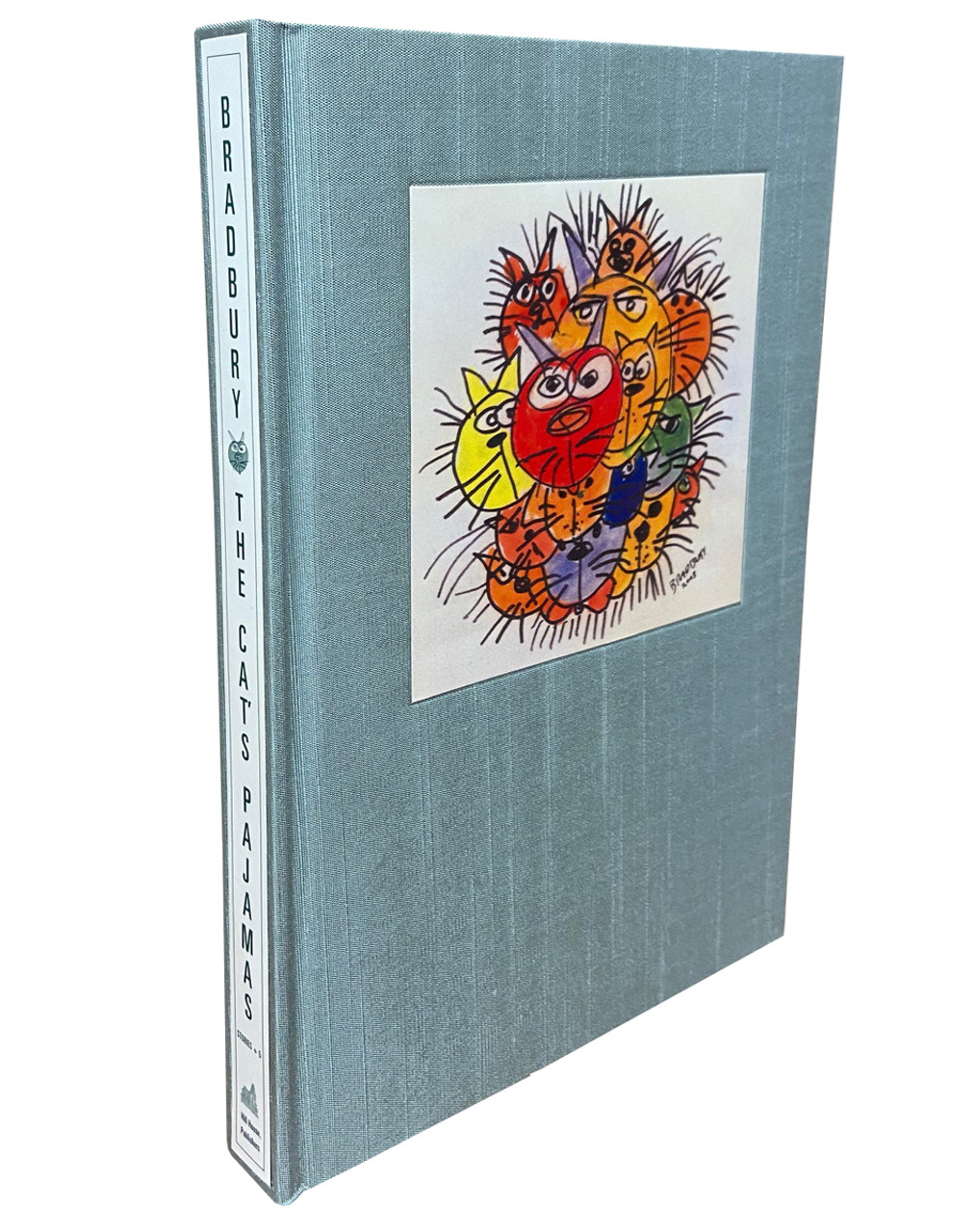 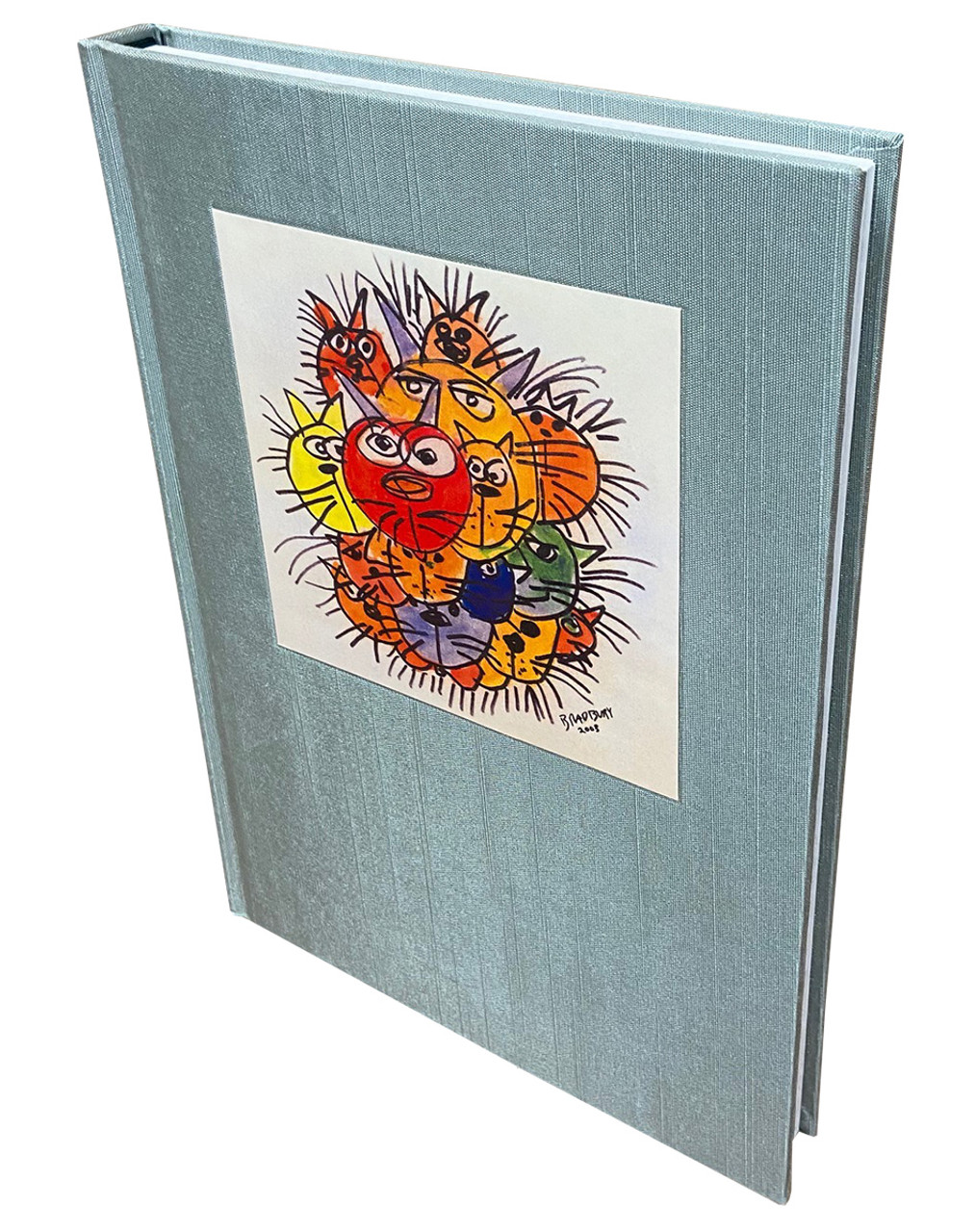 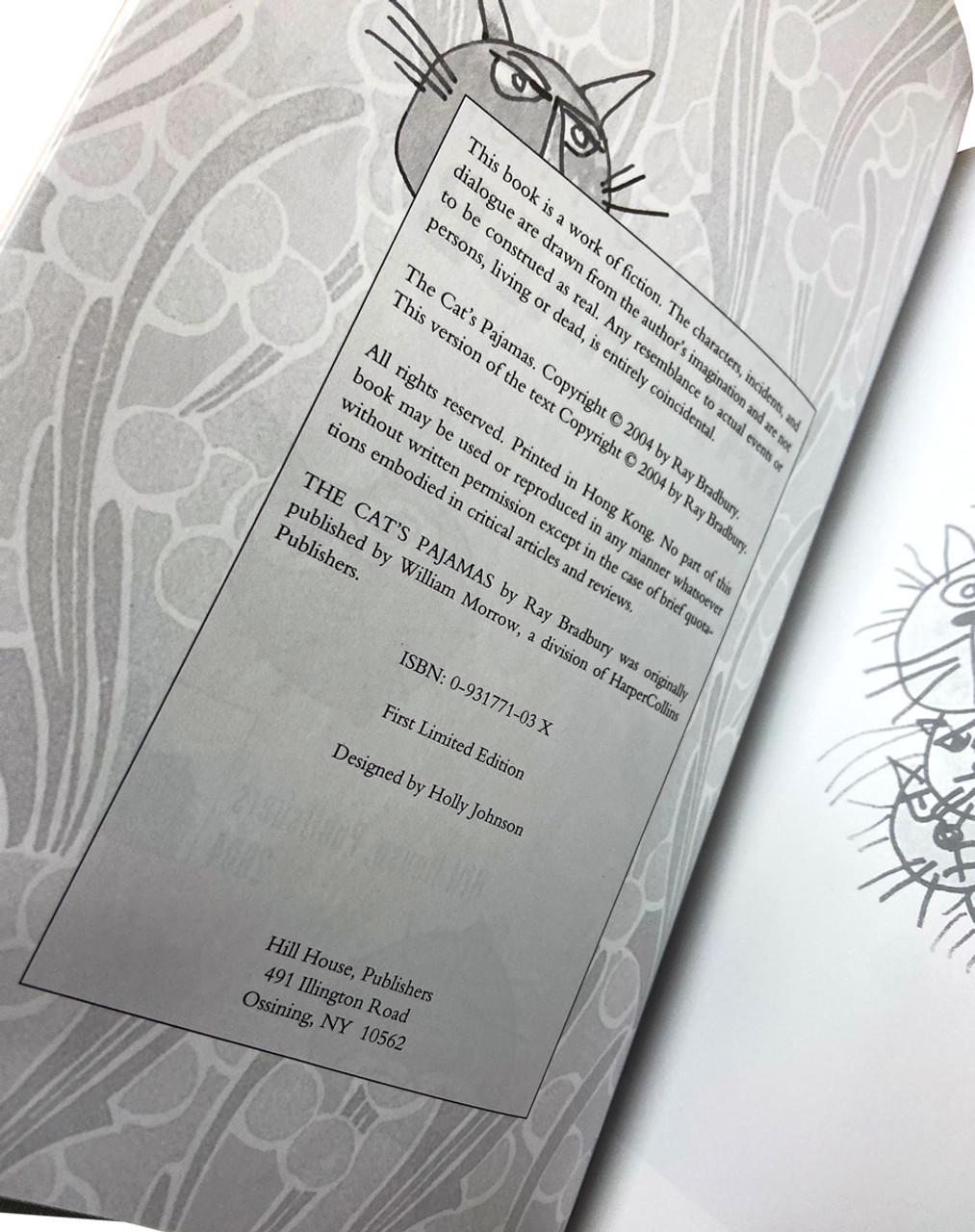 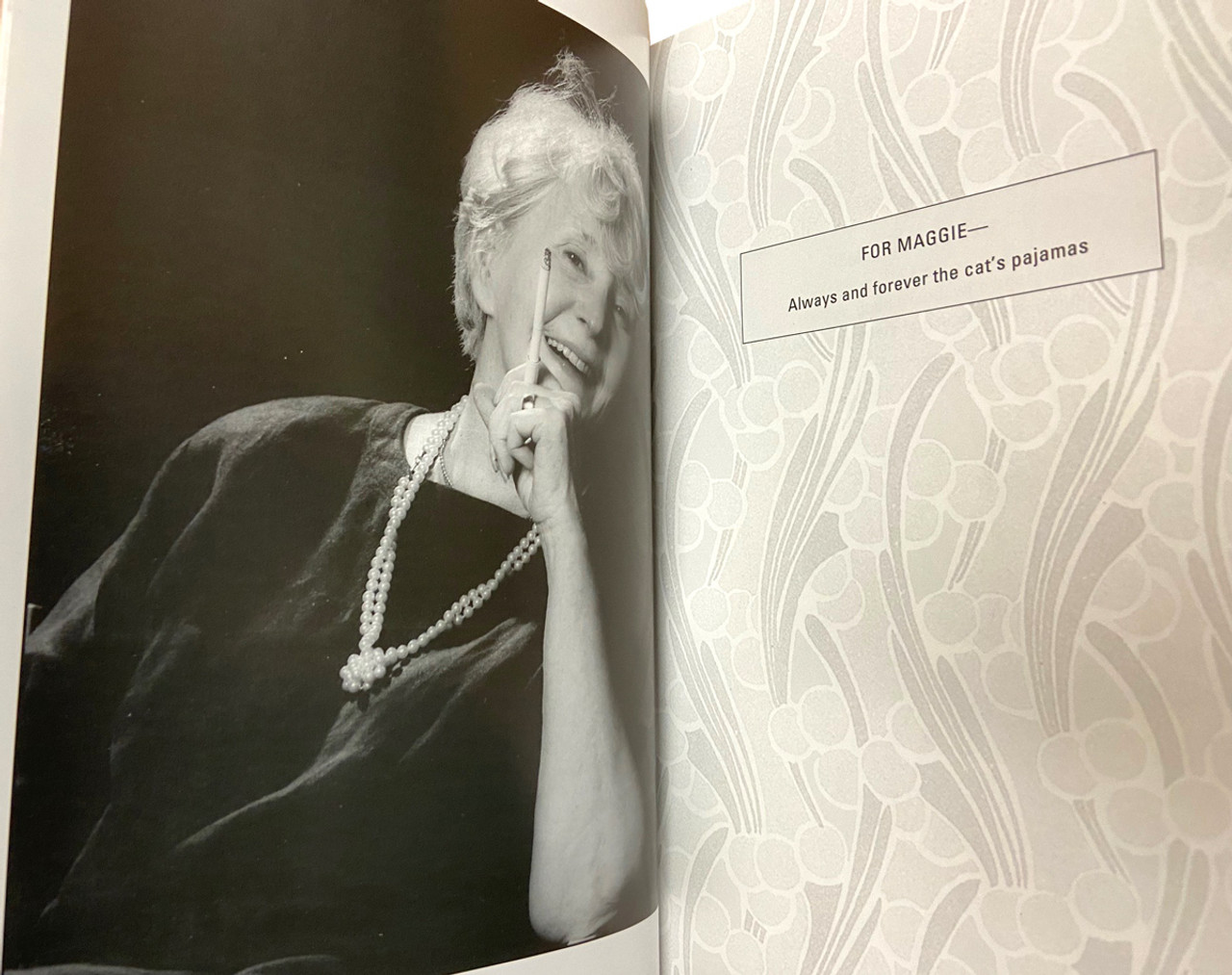 Personally signed by Ray Bradbury directly onto the limitation page 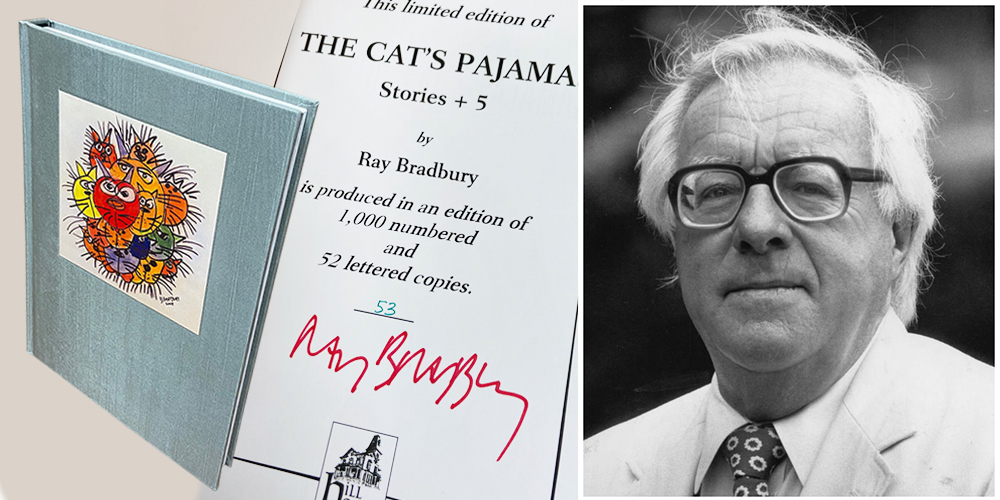 Hill House 2004. Ray Bradbury "The Cat's Pajamas: Sories + 5". Personally signed by Ray Bradbury with a red pen directly onto the limitation page of the book. This is number 53 of only 1,000 produced. Hardcover slipcased edition. Luxuriously bound in Japanese silver satin-covered boards with paper labels. Satin ribbon pull and round cut-out window revealing the red cat's face illustration on the front cover. Presented with original publisher's box with the same matching number 53.

The Cat's Pajamas: Stories (2004) is a collection of short stories by Ray Bradbury. The name of its title story comes from a phrase in English meaning a sought after and fancy thing. Another collection by the same name was published in the same year by fellow science fiction author James Morrow.

As in his most recent major fiction collections, One More for the Road (1999) and Driving Blind (1997), Ray Bradbury has once again pulled together a stellar group of stories sure to delight readers of all ages. In The Cat's Pyjamas we are treated to a treasure trove of Bradbury gems old and new –– eerie and strange, nostalgic and bittersweet, searching and speculative –– all but two of which have never been published before. The Cat's Pyjamas is a joyous celebration of the lifelong work of a literary legend.