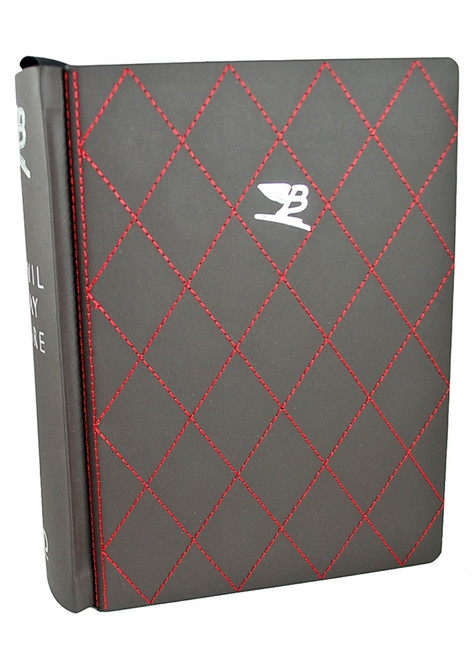 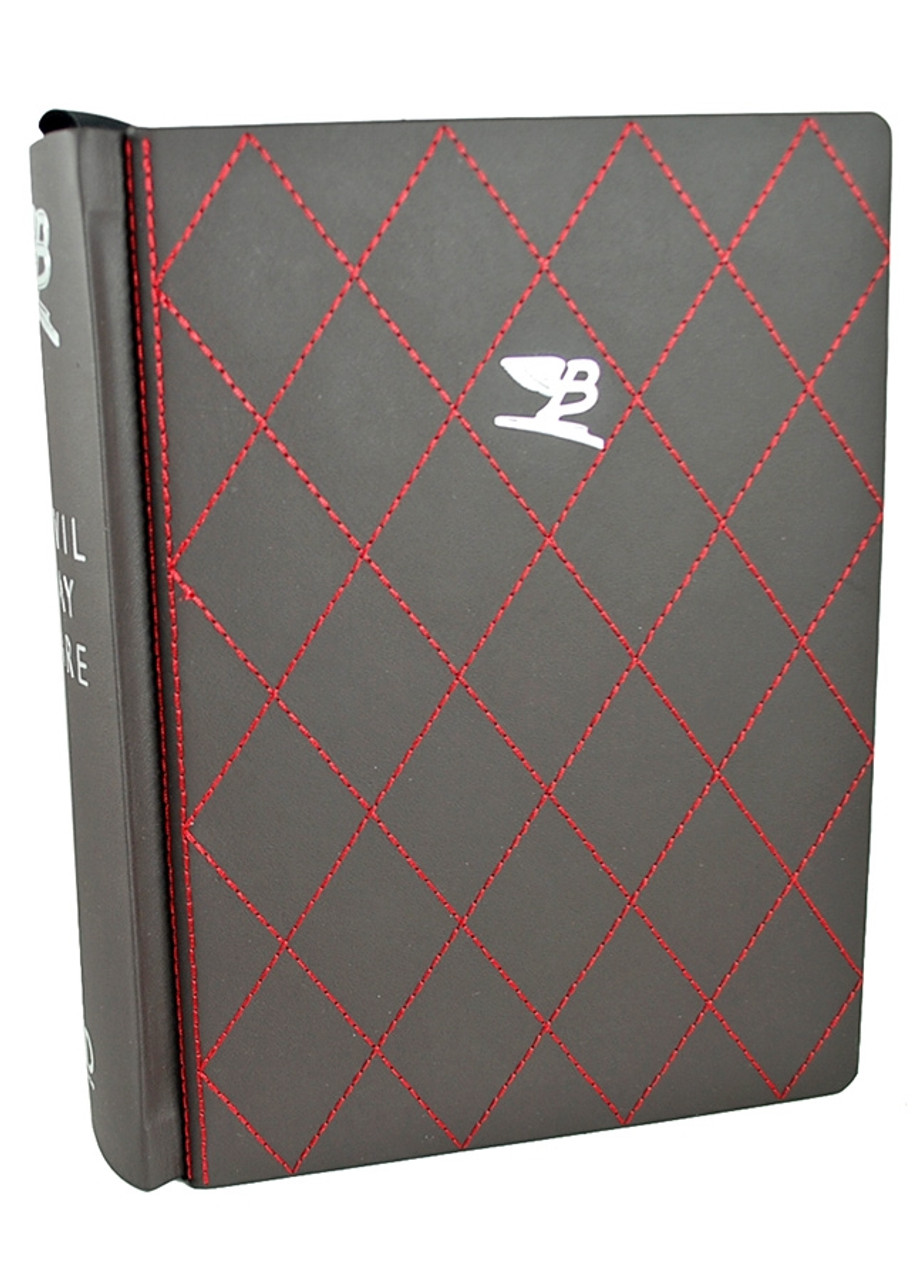 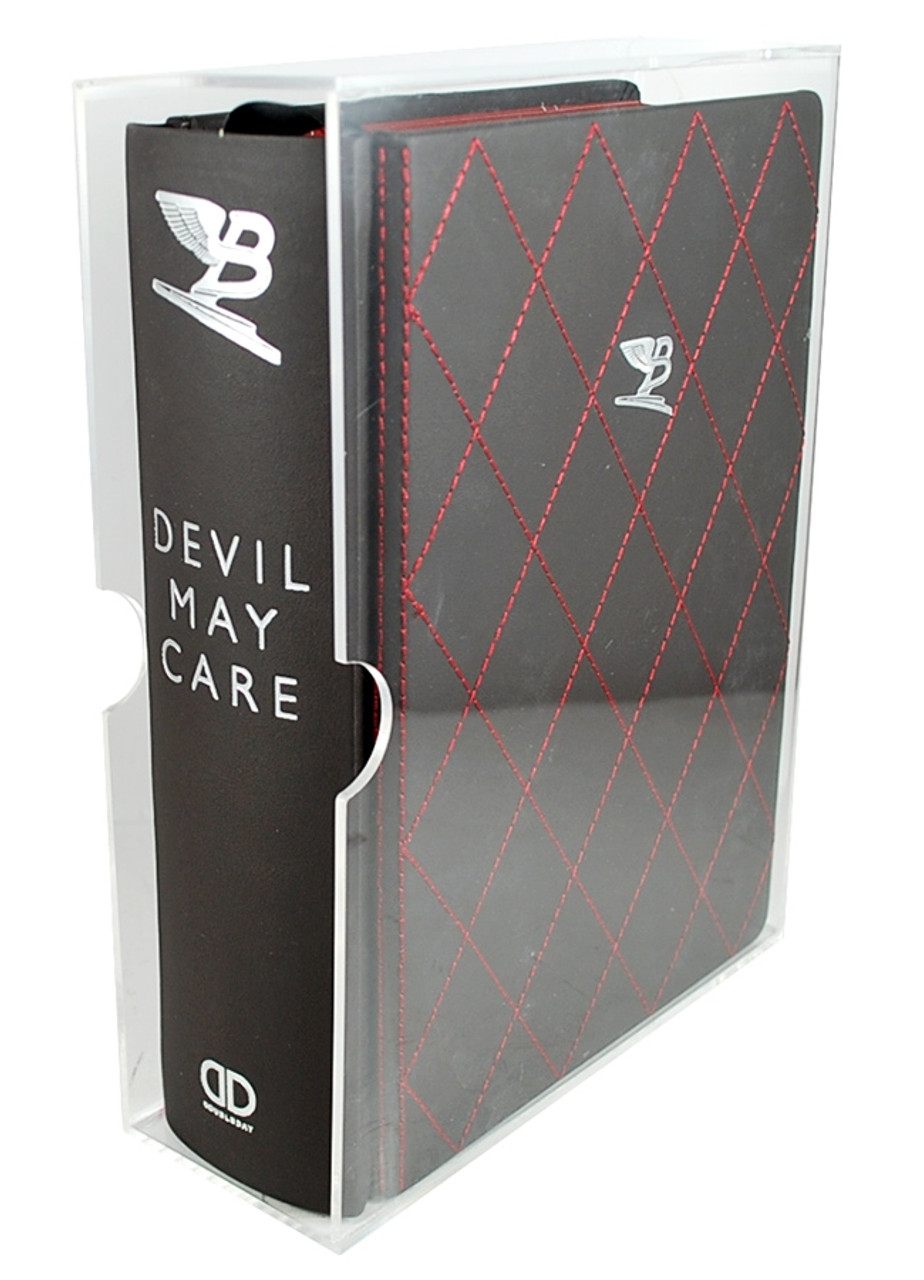 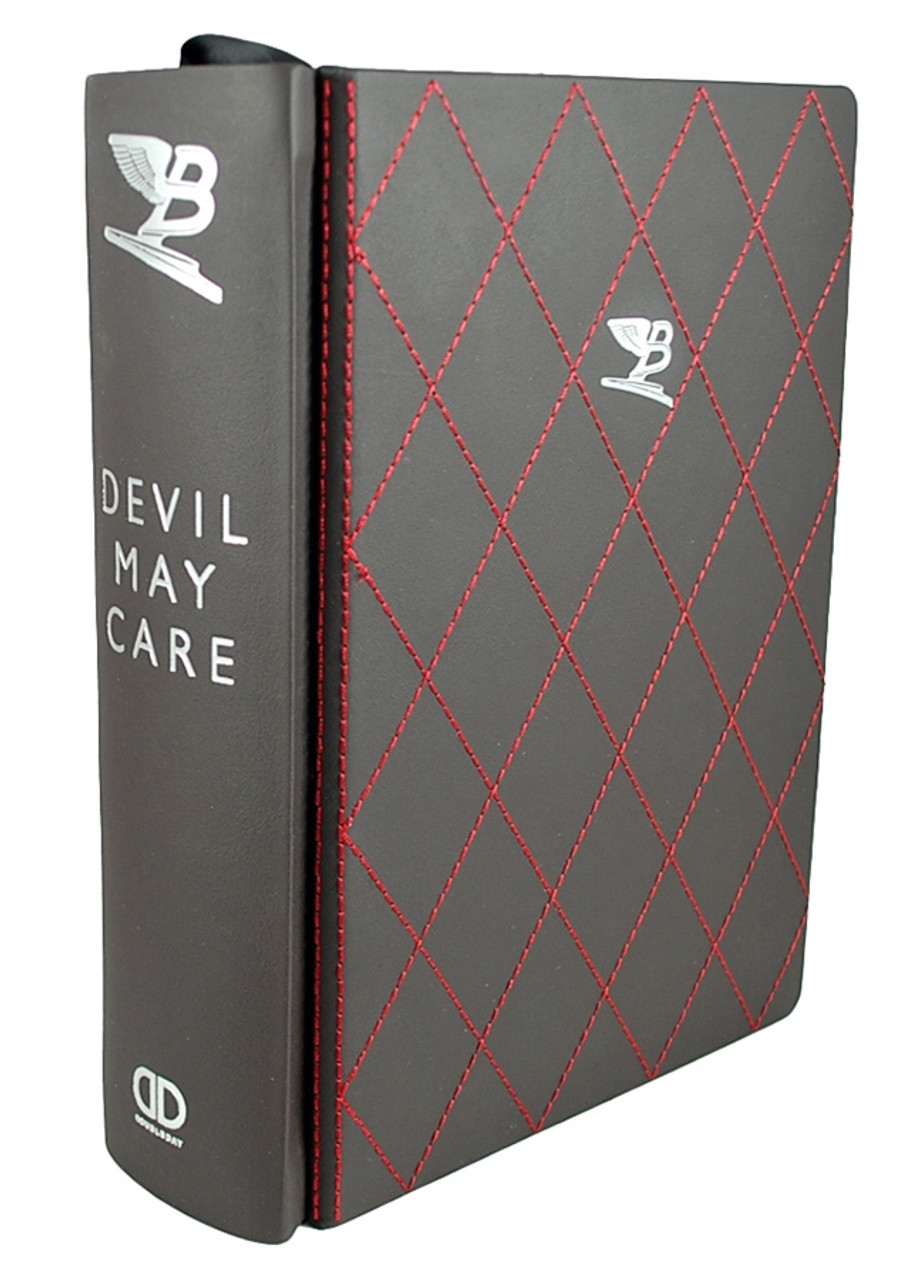 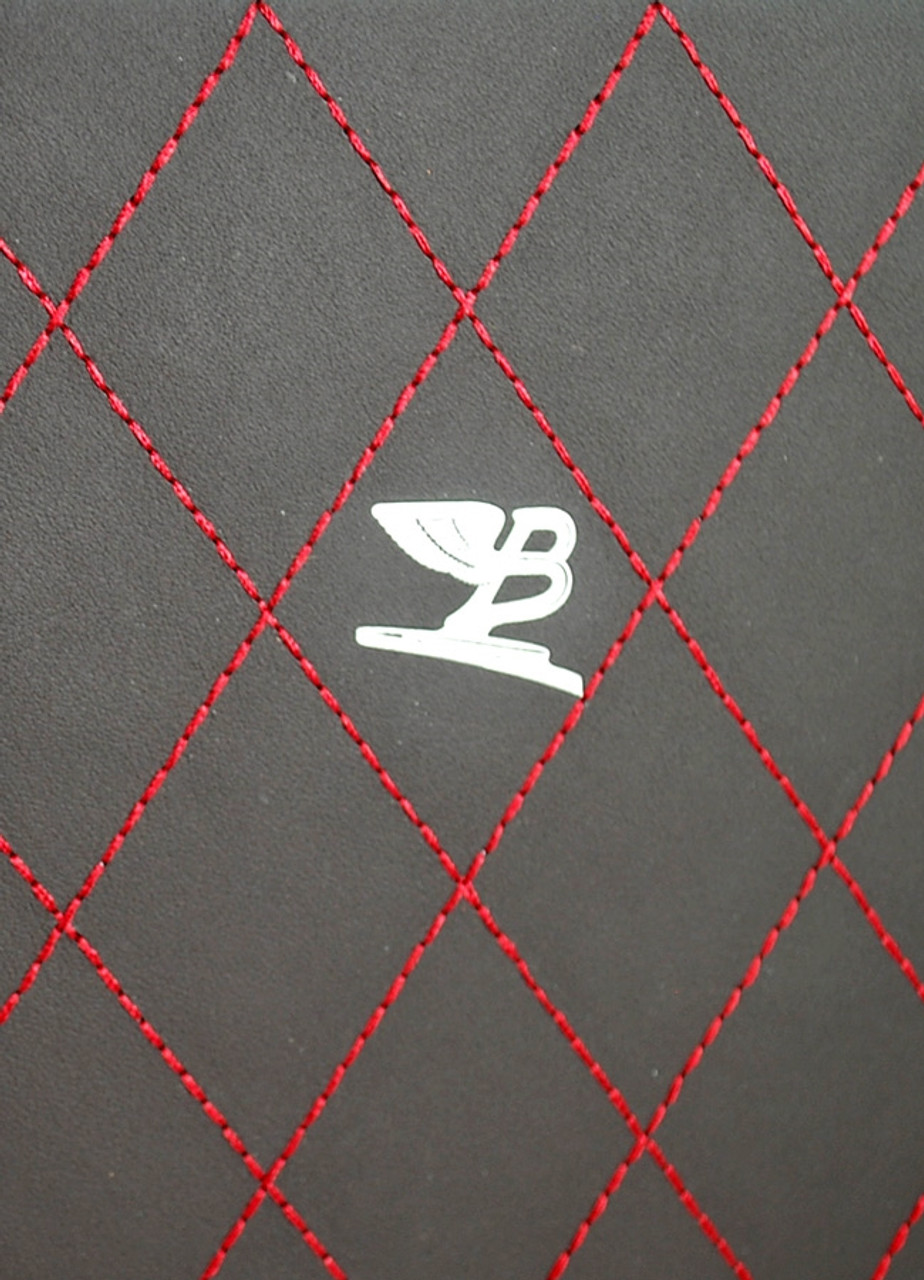 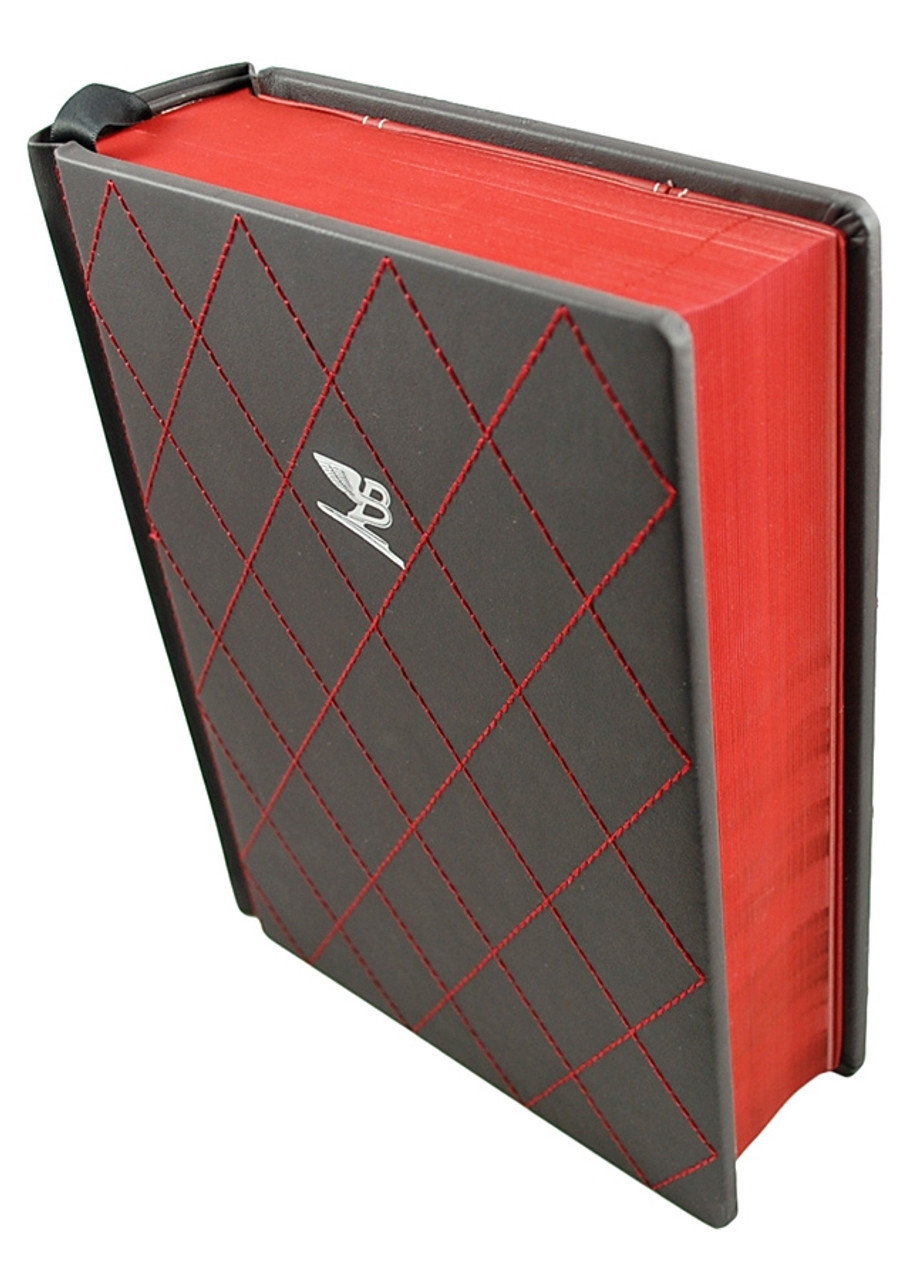 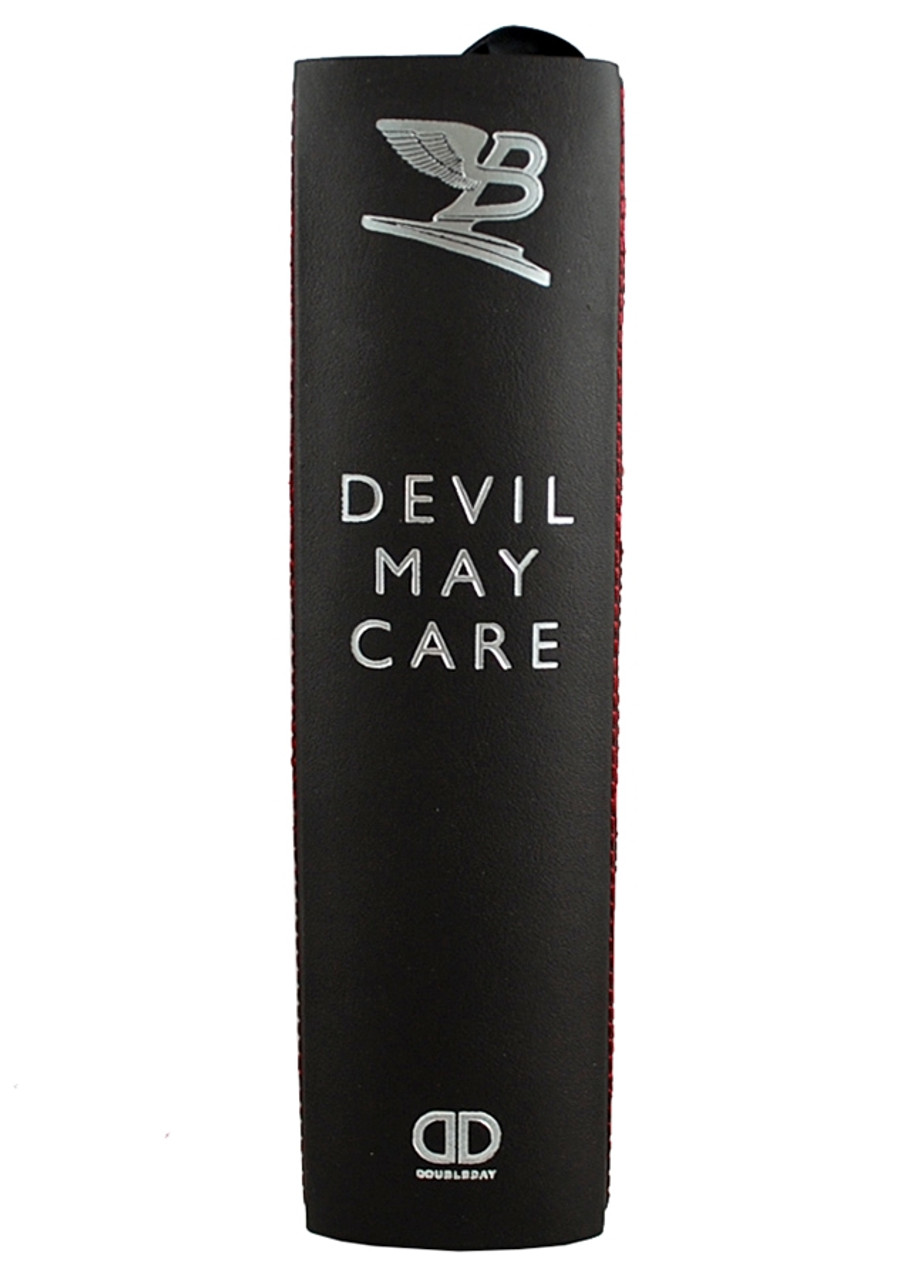 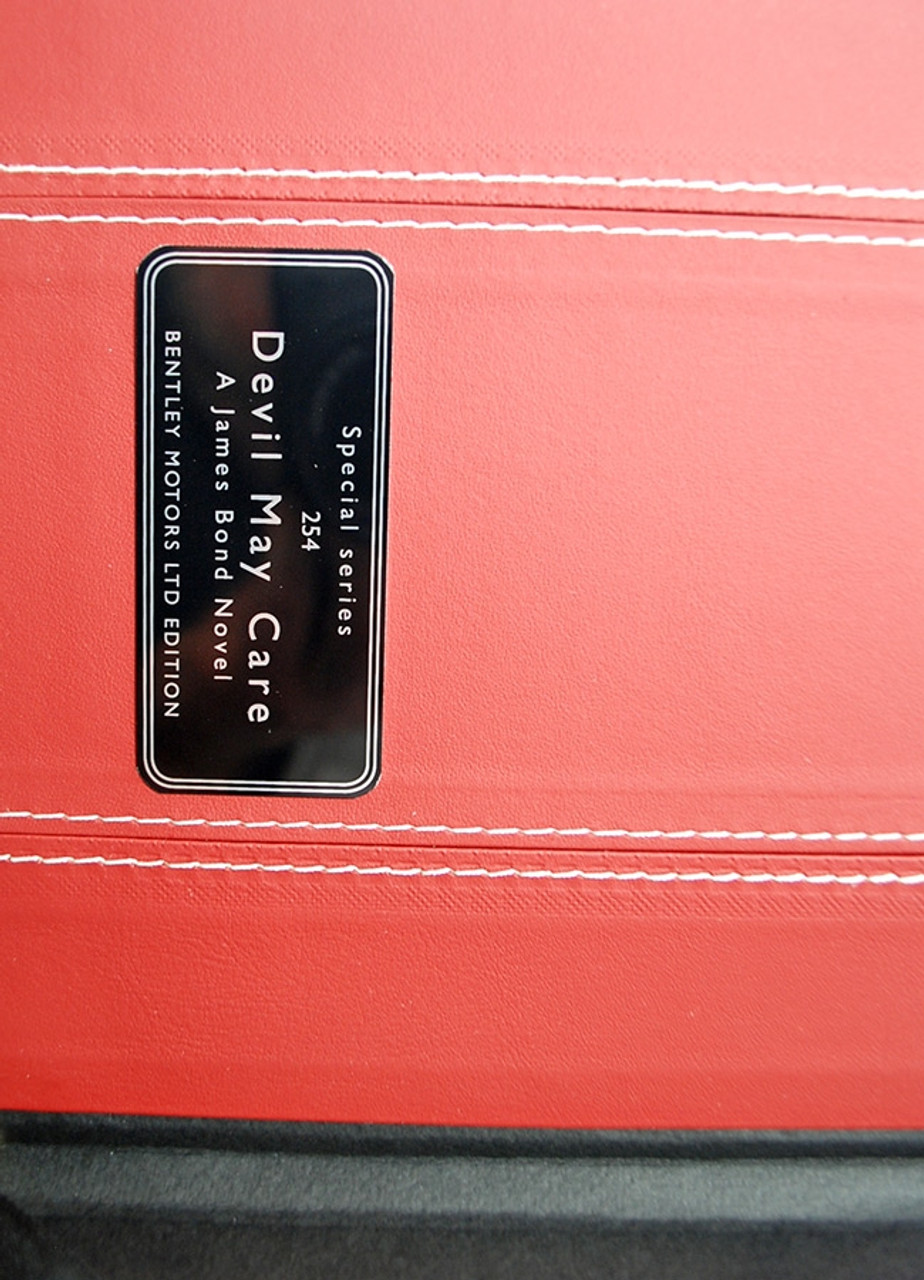 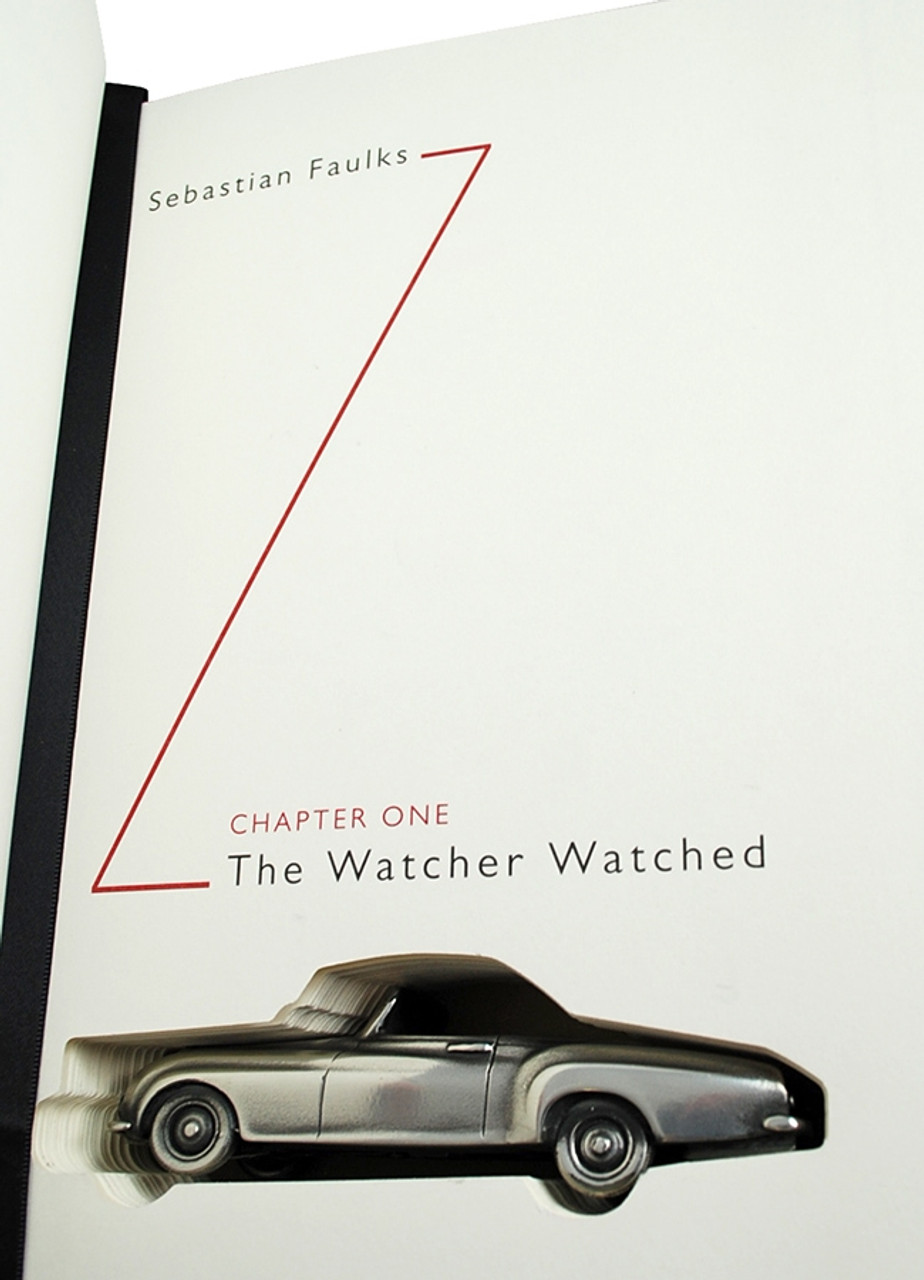 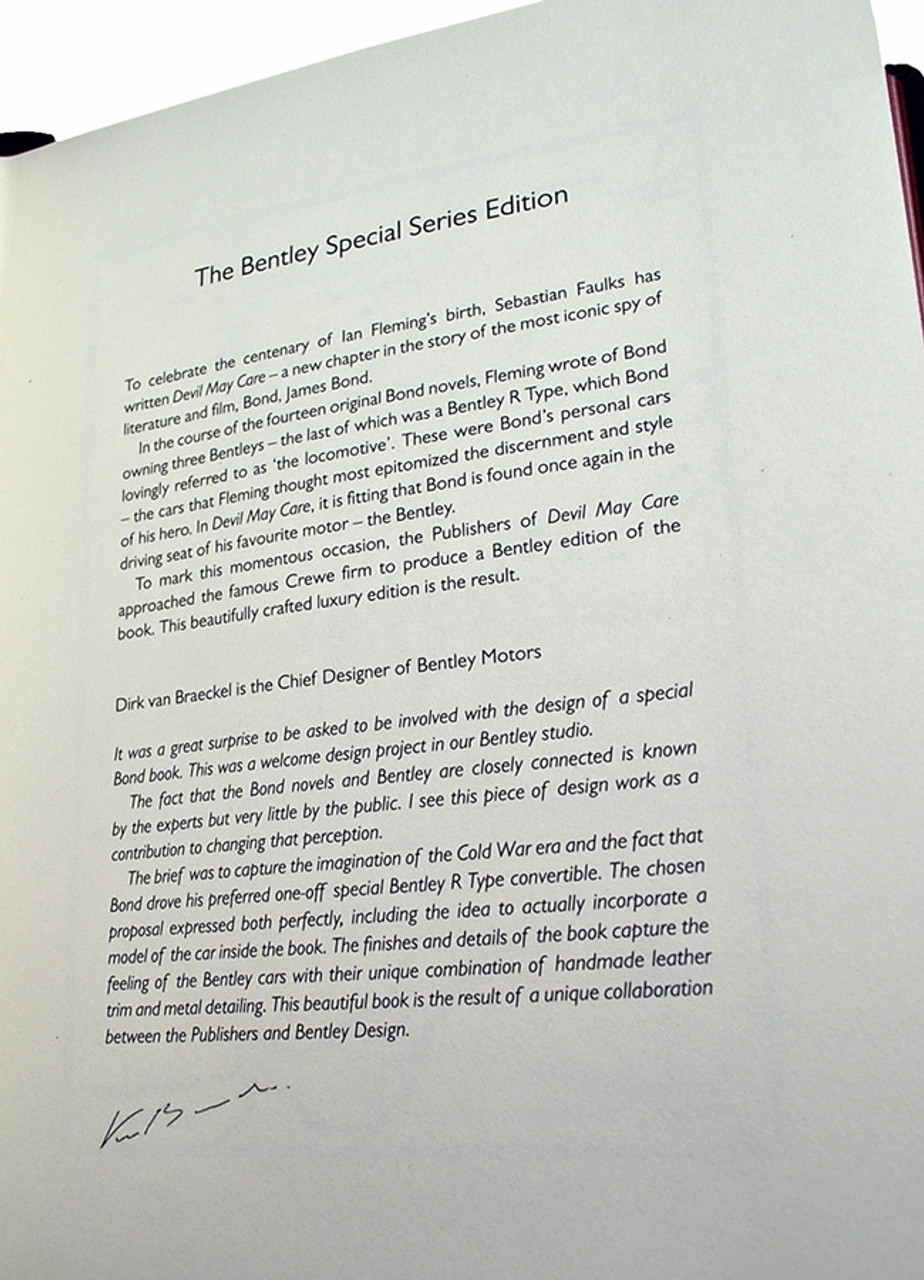 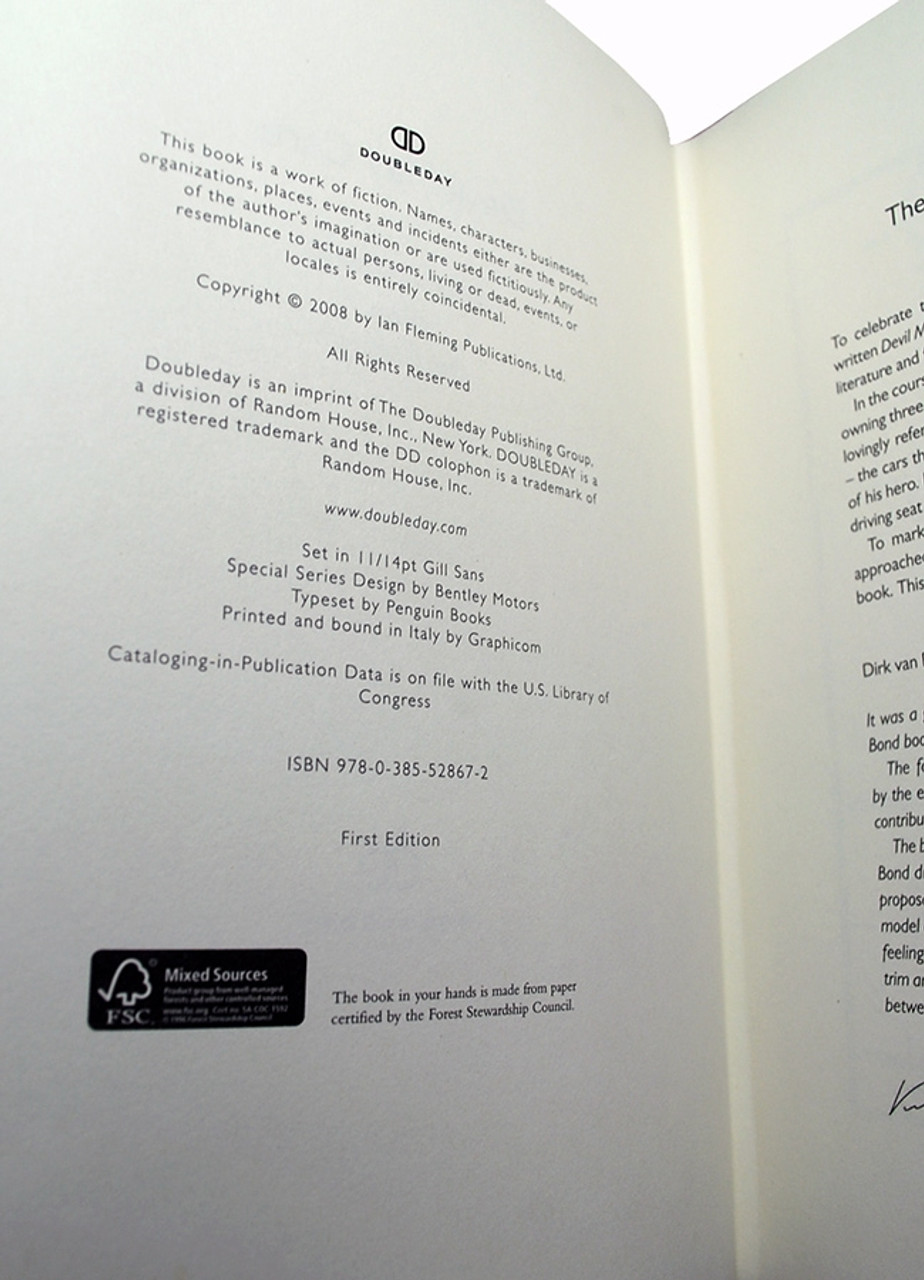 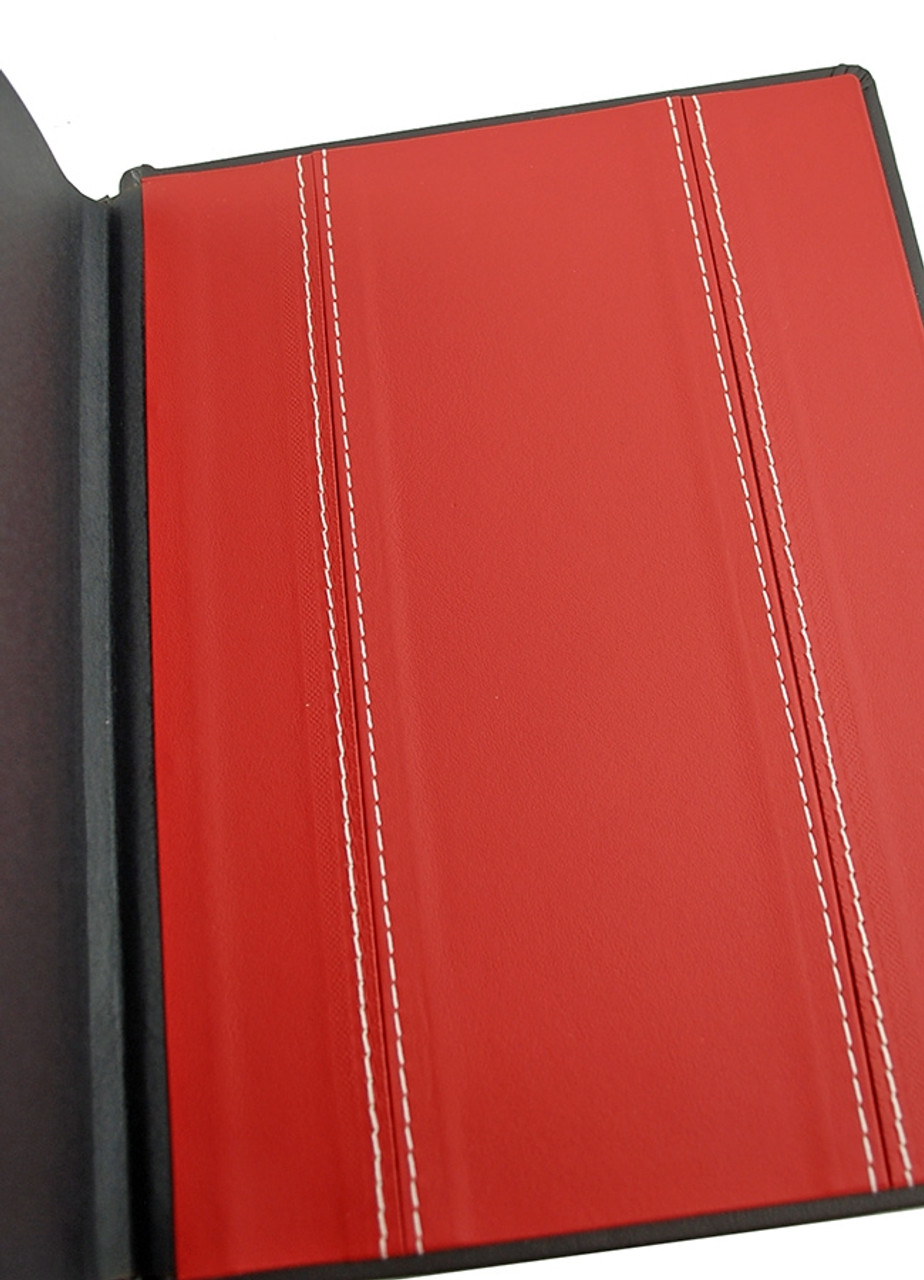 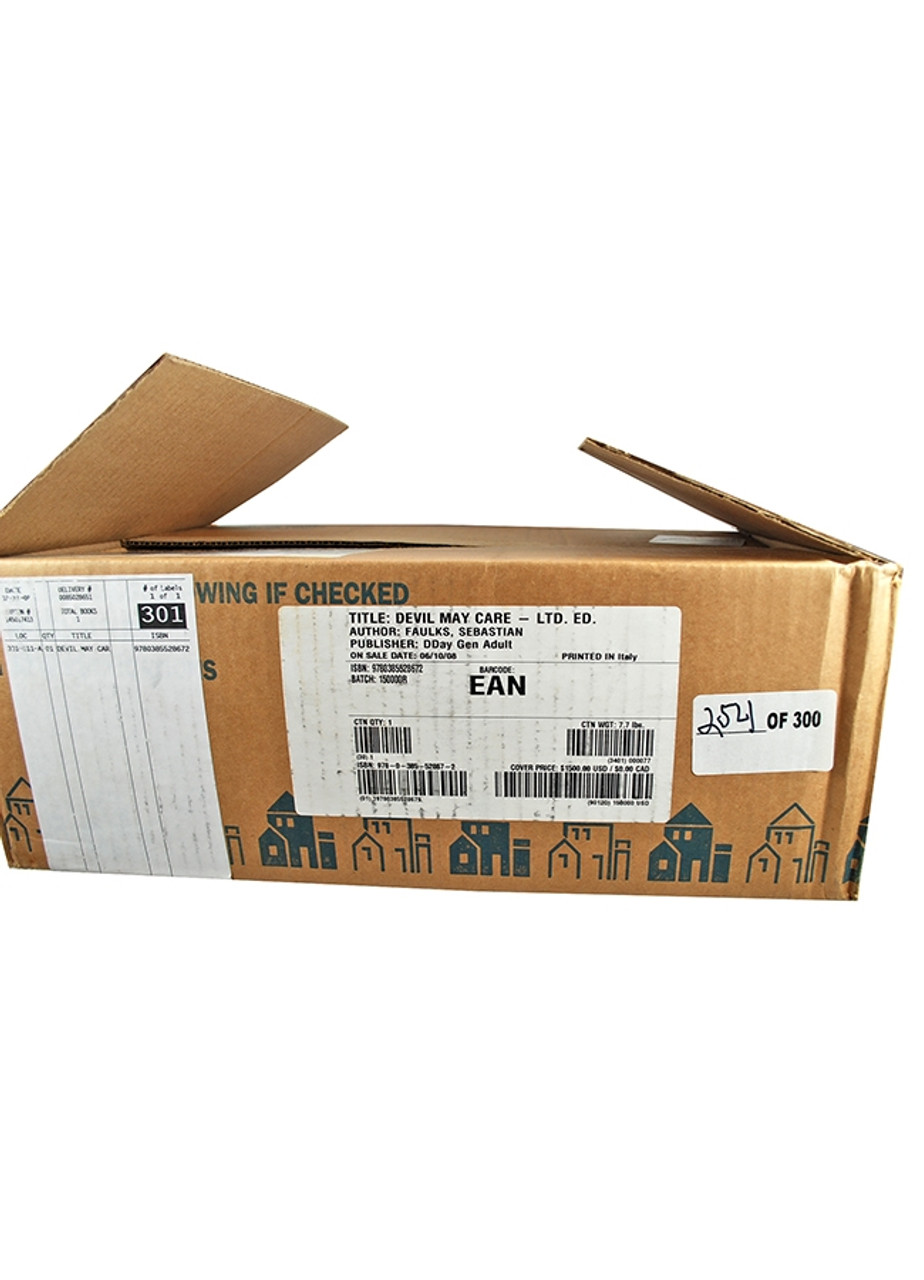 Sebastian Charles Faulks, CBE (born 20 April 1953) is an English novelist, journalist and broadcaster. He is best known for his historical novels set in France – The Girl at the Lion d'Or, Birdsong and Charlotte Gray. He has also published novels with a contemporary setting, most recently A Week in December (2009) and Paris Echo, (2018) and a James Bond continuation novel, Devil May Care (2008), as well as a continuation of P.G. Wodehouse's Jeeves series, Jeeves and the Wedding Bells (2013). He was a team captain on BBC Radio 4 literary quiz The Write Stuff. 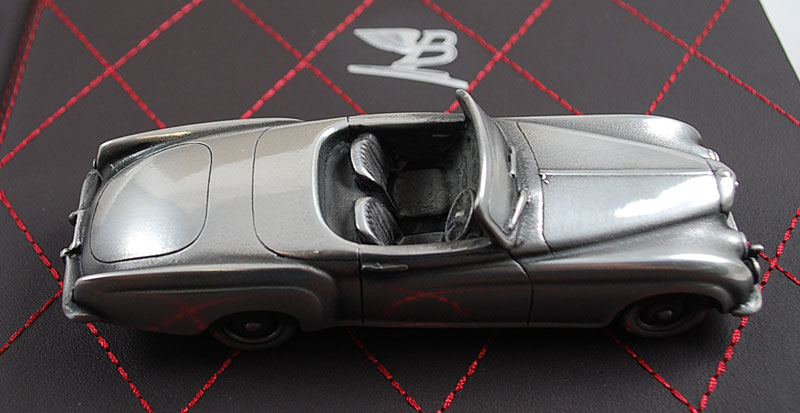 In a unique collaboration between three of Britain’s iconic brands – James Bond, Bentley Motors and Penguin Books - a special, limited edition of the new Bond book Devil May Care will be published on 28th May. Written by Sebastian Faulks at the invitation of Ian Fleming Publications to celebrate the Ian Fleming centenary, Devil May Care is one of the most eagerly anticipated publications of 2008. Cars and James Bond have always had a strong association and, contrary to popular belief, Bond’s preference has historically been firmly with Bentley Motors. He owned three Bentleys in the course of the fourteen original novels written by Ian Fleming. It is fitting therefore that in Devil May Care - published to coincide with the centenary of Ian Fleming’s birth - Bond is found once again in the driving seat of his favourite car.

To mark the reunion, Penguin approached Bentley to produce a luxury, limited edition of Devil May Care. The result is a beautiful and striking edition which takes its inspiration from hard-covers of the original 1950s and 1960s Bond books combined with the stylish Bentley owner’s manuals and handbooks of the era. Inside the book is a specially designed model pewter Bentley, described in detail by Fleming in Thunderball.

Bentley Chief Designer Dirk van Braeckel says, “Transferring our design knowledge from the car world to a book was a new challenge for us, but working closely with Penguin, we think we have come up with a unique product which is complementary to the history of Bentley and Bond that can be appreciated by all.”

Only 300 copies of the Special Series edition will be produced, costing £750 each, available exclusively from the Penguin James Bond books website (www.penguin007.com).

Evoking the feeling of the Cold War period in which Devil May Care is set, the edition is bound in Bodoniana style cases and finished in burnt oak leather sourced from the tannery in Italy which provides the hides for Bentley’s interiors. The iconic Bentley diamond pattern found on the radiator grille and upholstery of modern Bentley’s, is hand-stitched on the leather casing and the front cover and spine is finished with the silver Bentley ‘Flying B’ – the radiator cap of the Bentley’s of Bond’s time.

The inside of the casing is trimmed in deep red hotspur leather and has the striking fluting used on the 1950’s and 1960’s Bentley interior upholstery. Each book has a unique edition number embossed on a black aluminum plate produced the same company that makes the Bentley engine plates.

Fleming described in detail a modified Bentley R type in Thunderball and On Her Majesty’s Secret Service which Bond loving called ‘the Locomotive’. The car never existed but, using Fleming’s exact specifications, a cast and polished 1:43 scale model of the car has been hand crafted by Bentley for this edition. The miniature is inserted into the book in a car-shaped hole and is individually numbered to match the plate on the inside cover. Each book is protected by a custom-made Plexiglass slip case, which will be sealed in protective and numbered wrapping.

Dirk van Braeckel, Chief Designer at Bentley, studied at the Royal College of Art, one of the first schools to specialize in car design. He then joined the Volkswagen subsidiary Audi in 1984, and was drafted in to head up Bentley’s design team when the VW group acquired the company in 1988. There he created the groundbreaking design of the Bentley Continental GT, launched in 2004 and one of the most successful sports coupes of our times.

Devil May Care is a James Bond continuation novel written by Sebastian Faulks. It was published in the UK by Penguin Books on 28 May 2008, the 100th anniversary of the birth of Ian Fleming, the creator of Bond. The story centres on Bond's investigation into Dr Julius Gorner, a megalomaniac chemist with a deep-seated hatred of England.

Faulks wrote the book in the style of Fleming, and the novel carried the credit "Sebastian Faulks writing as Ian Fleming"; he also took the same timeframe as Fleming, setting the novel in 1967, following the events in Fleming's last novel The Man with the Golden Gun. He ignored the influences of the other Bond continuation authors and the films, producing a characterisation of Bond in the style of Fleming's.

The novel was broadly well received by critics and went into the best-seller lists by the end of the first week of sales, selling 44,093 copies in four days to become the fastest-selling fiction book after the Harry Potter titles. Faulks stated that although he enjoyed writing the book, he would write no more Bond novels.

VERY FINE GUARANTEED. A wonderful bright clean copy free of any markings, writings, or stamps. Sharp corners that are not bumped. Tight and square spine. Unread book. No attached bookplates or indication of any removed. Included the original shipping container from Doubleday.

"He Is Legend: An Anthology Celebrating Richard Matheson" Signed Limited Edition No. 632 of 750 [Very Fine/Very Fine]

"A brilliant father-son story by father-son King-Hill, (Throttle) is a must read." -- DarkTower.com A Spectacular Anthology of Original, Never-Before Published Stories by Today's Best...