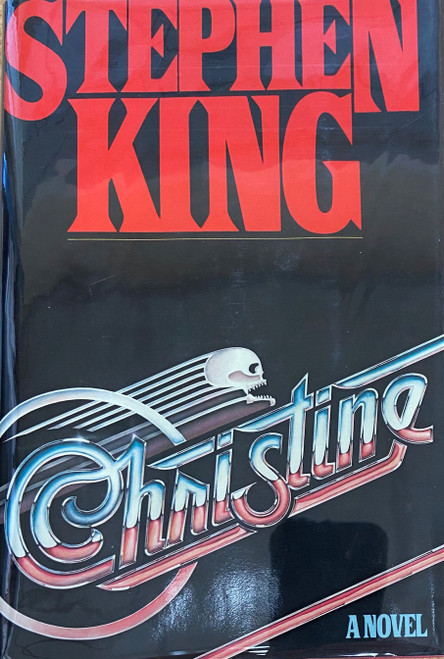 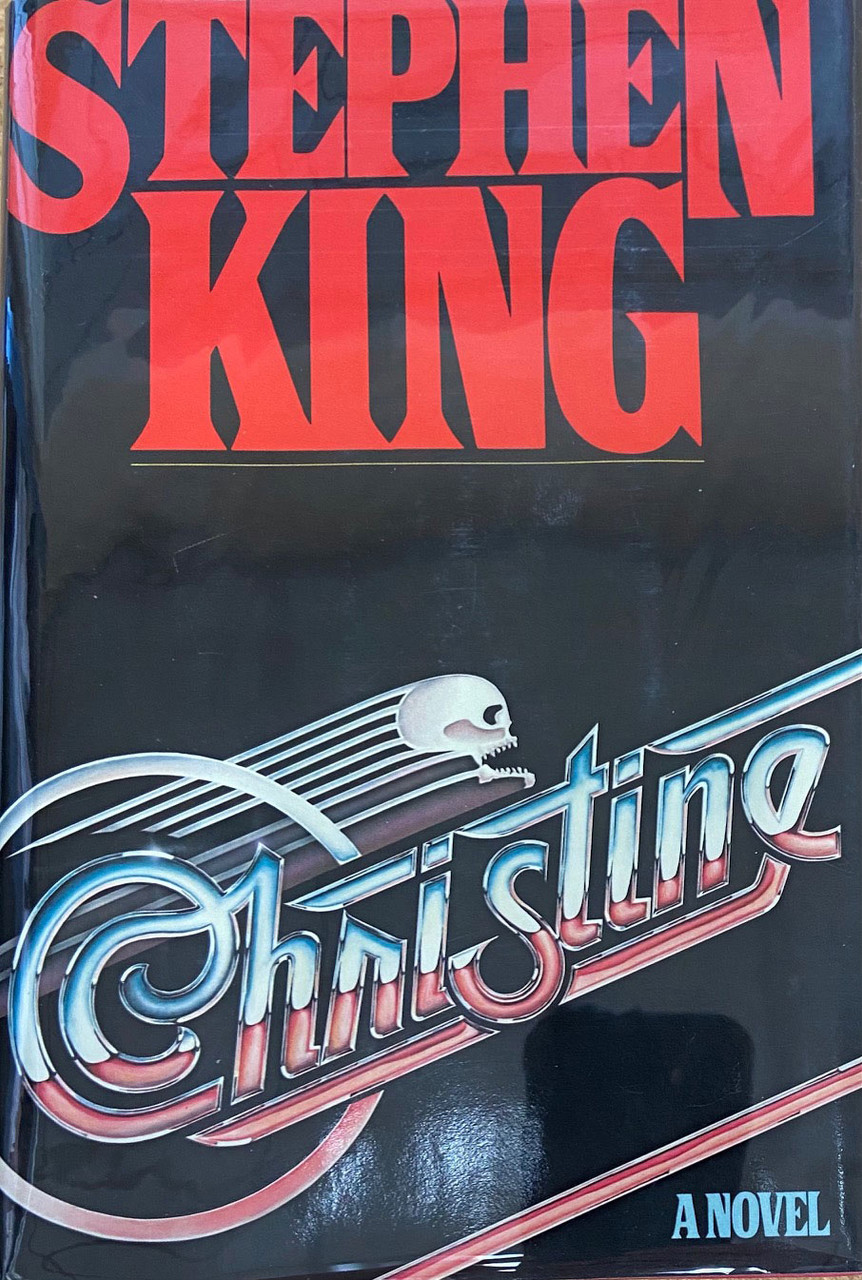 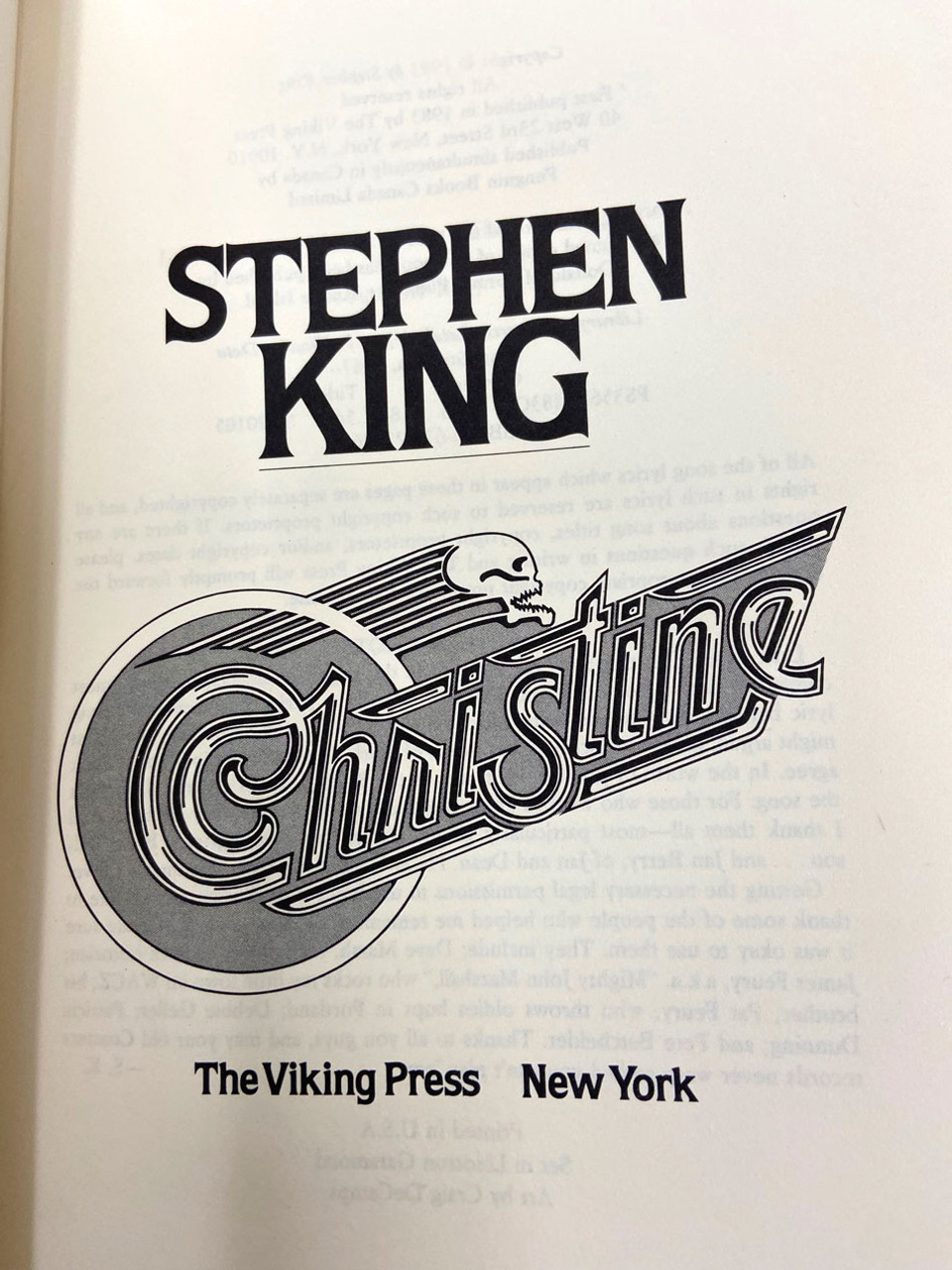 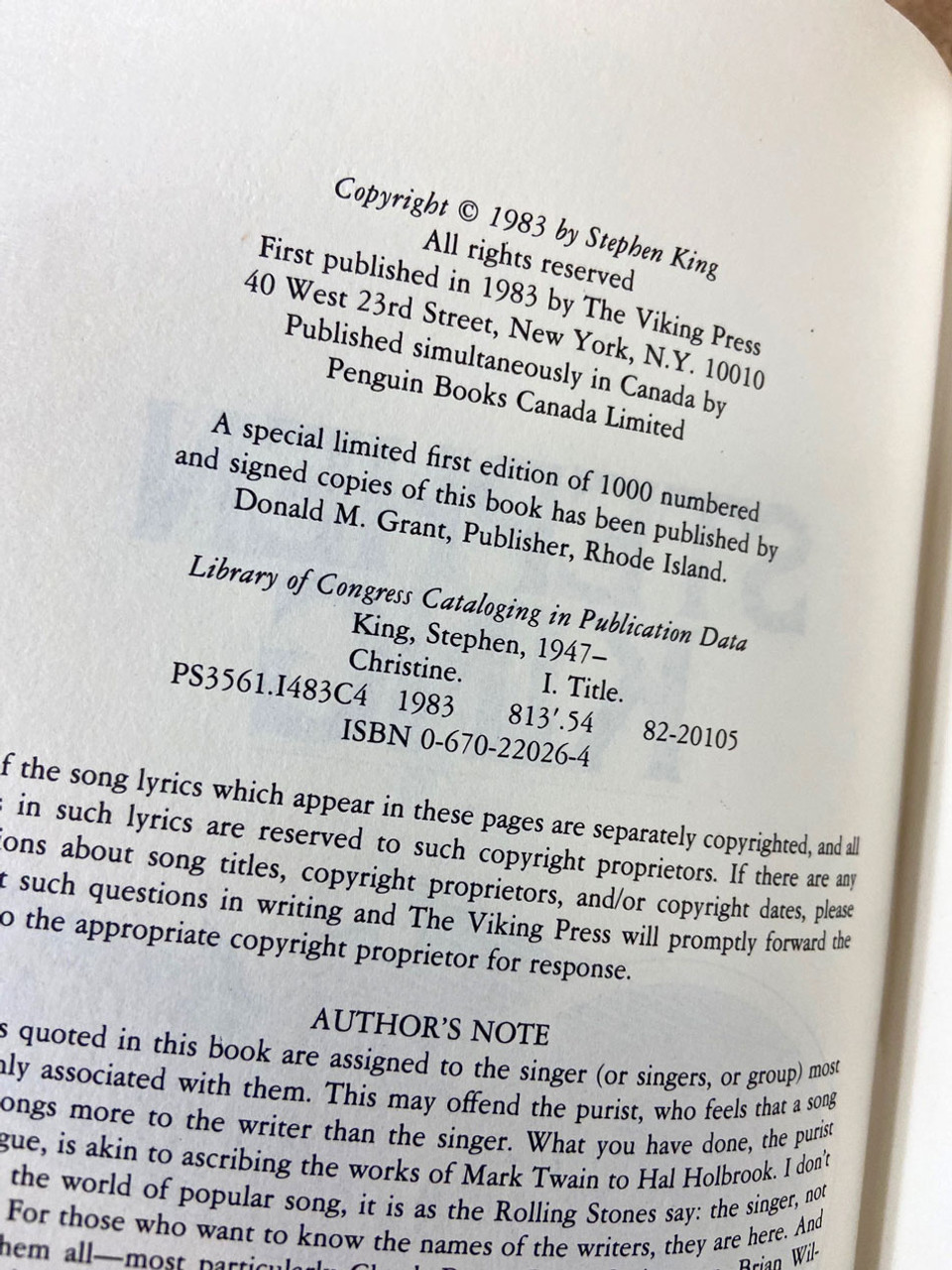 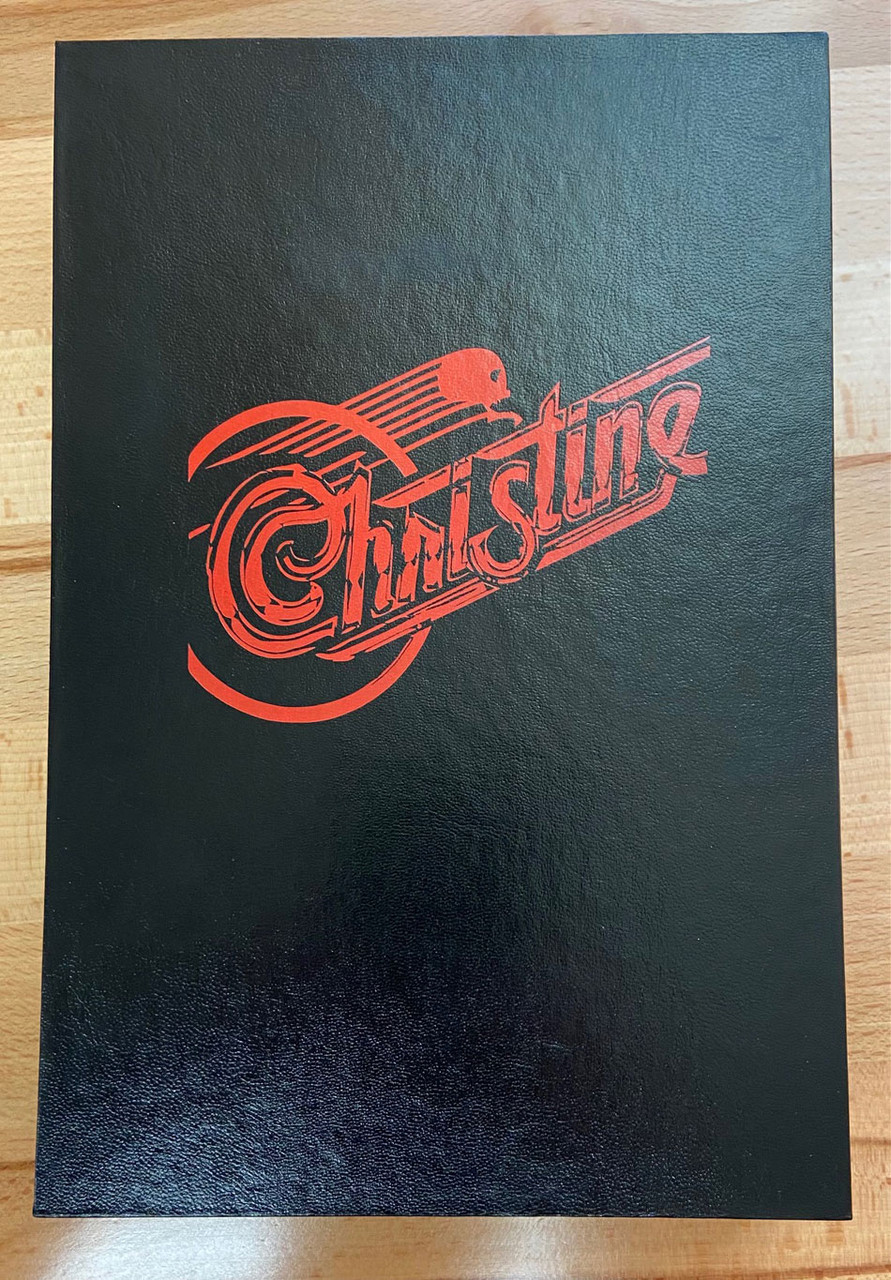 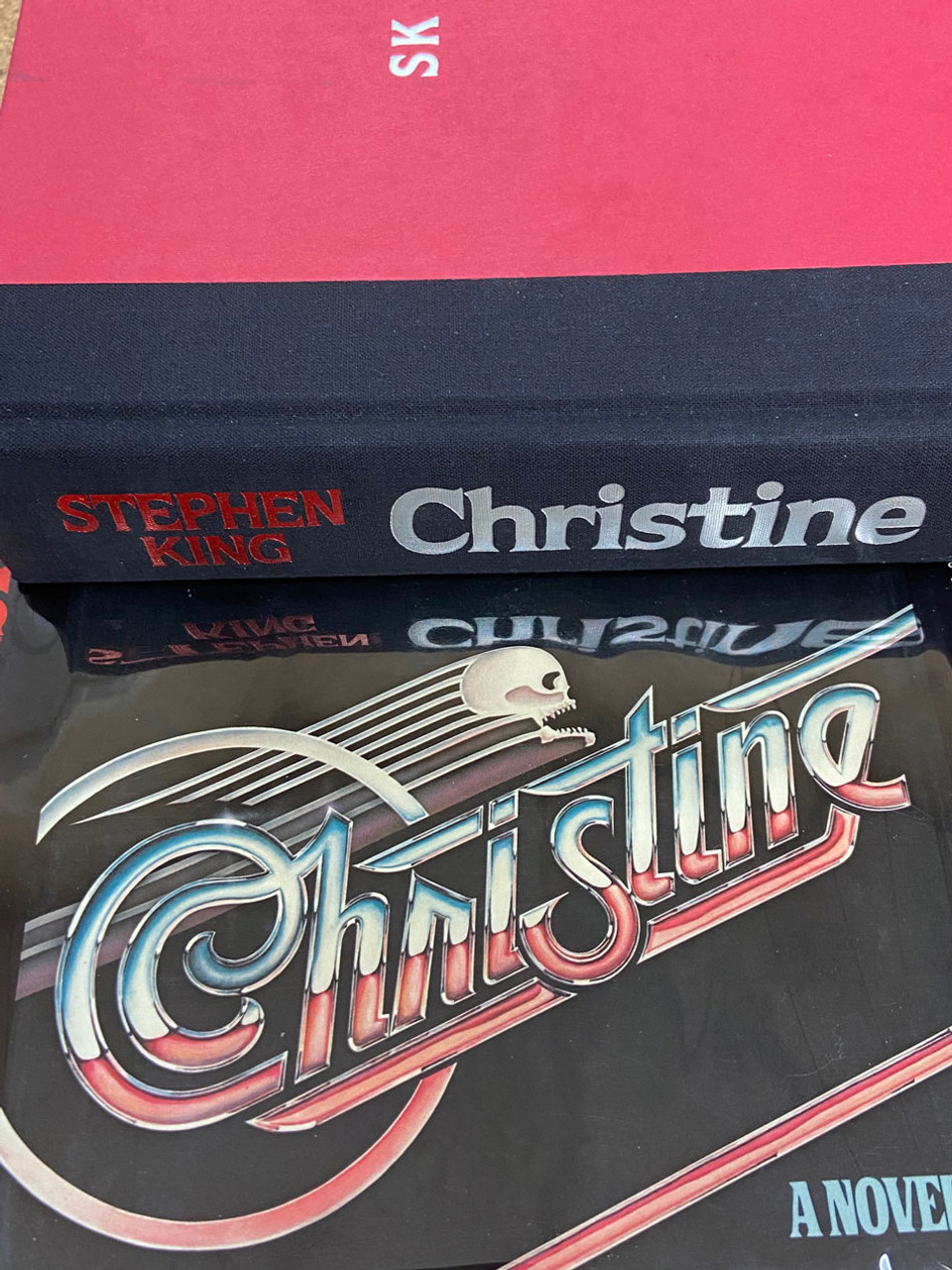 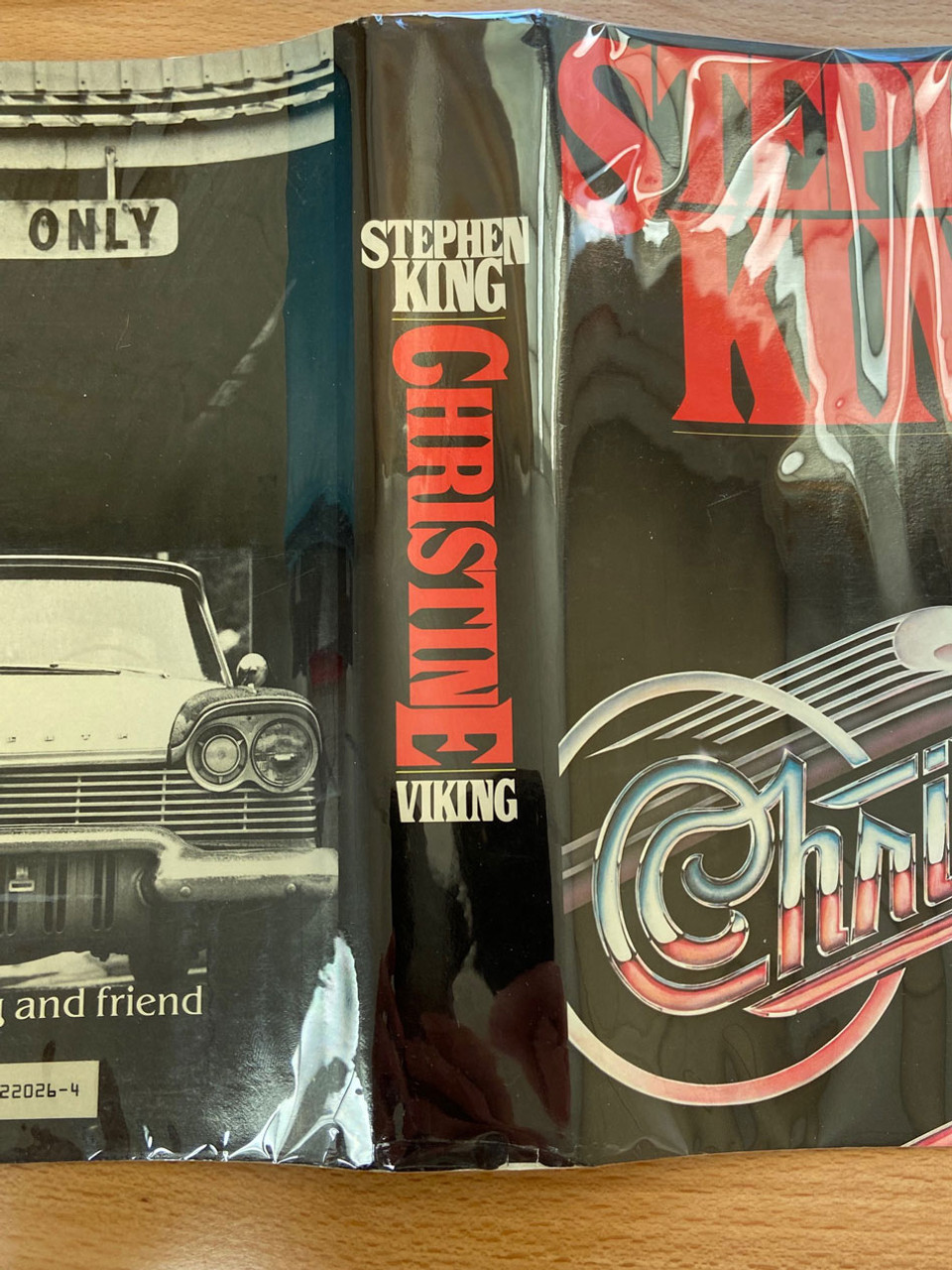 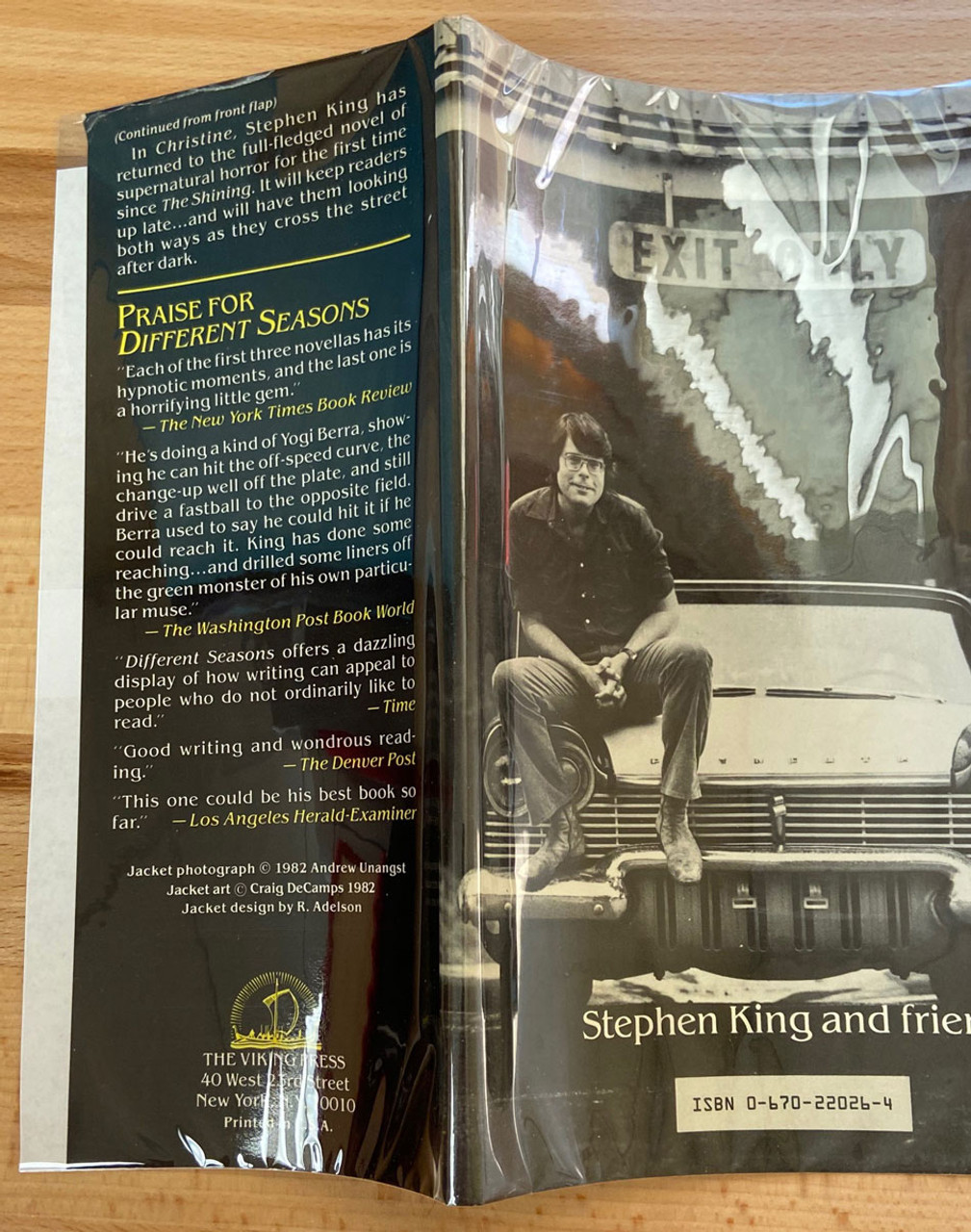 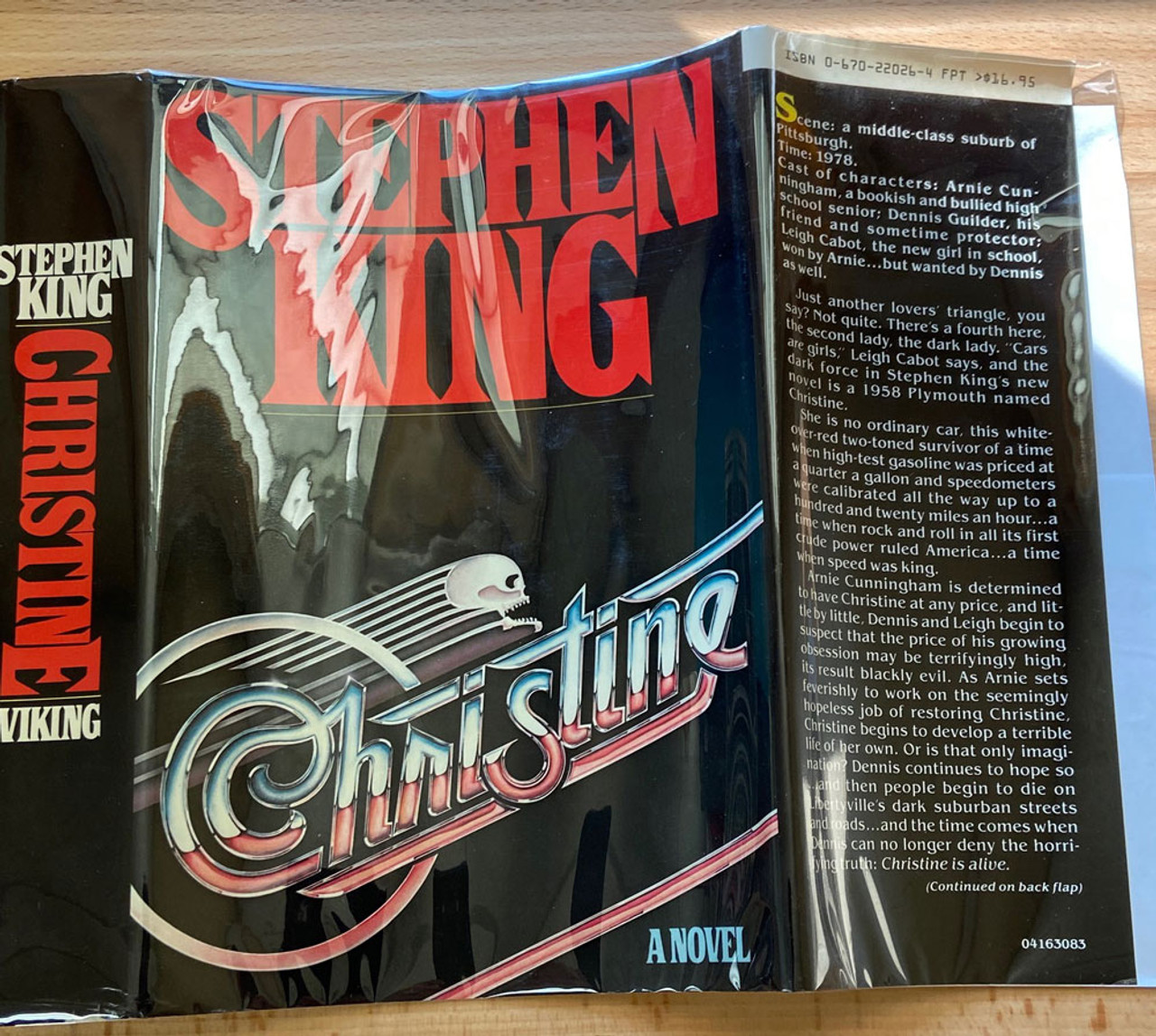 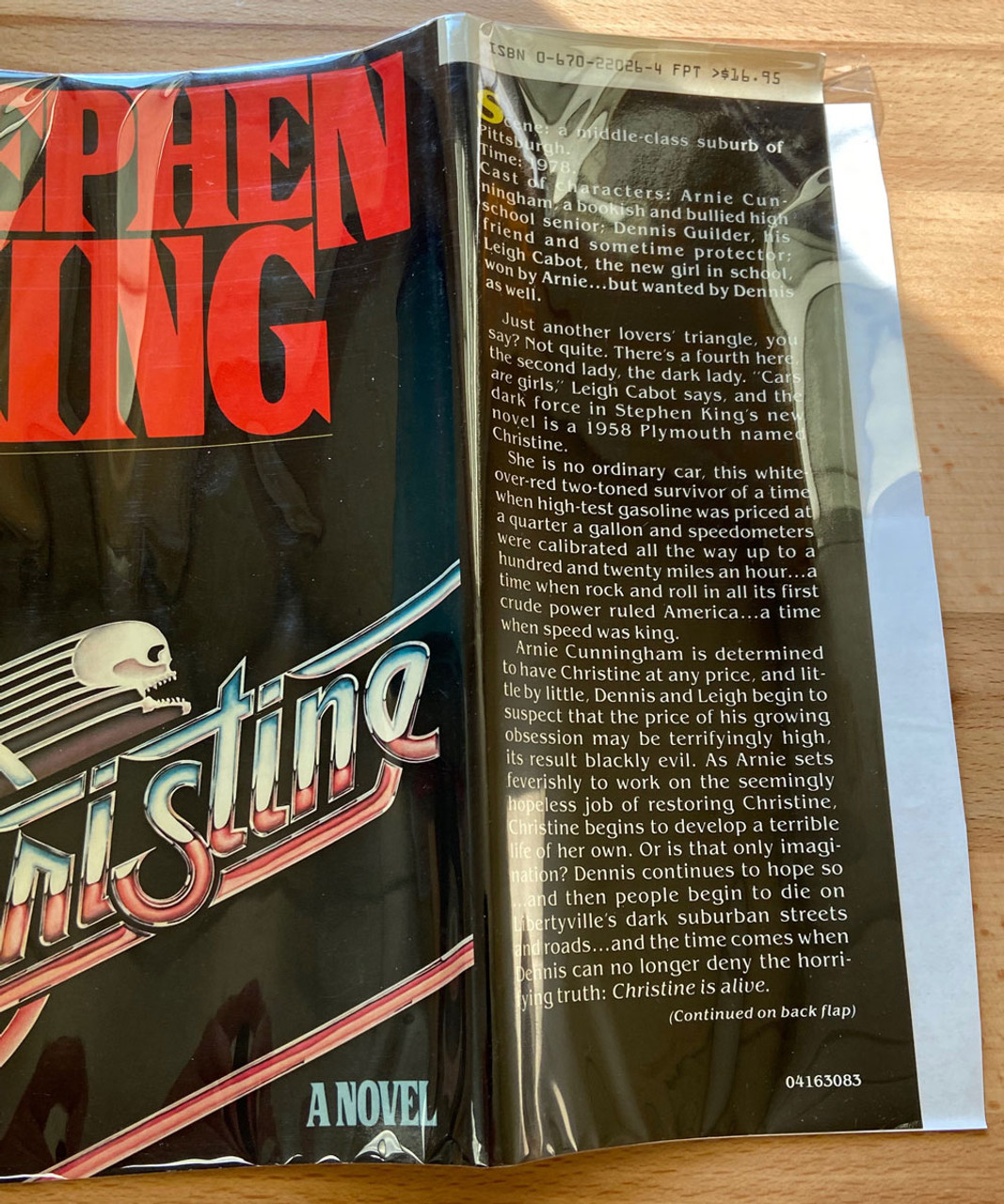 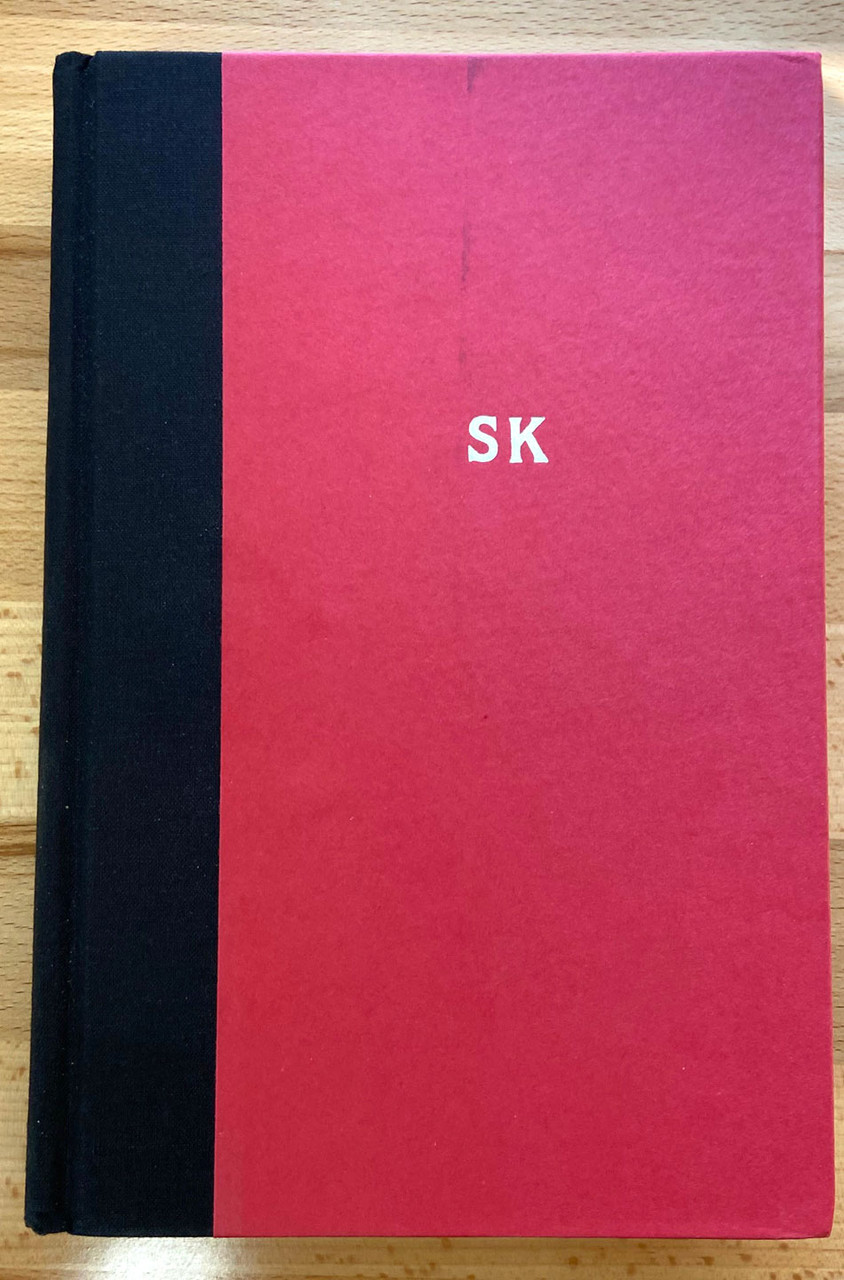 Stephen King's ultimate evil vehicle of terror, Christine: the frightening story of a nerdy teenager who falls in love with his vintage Plymouth Fury. It was love at first sight, but this car is no lady.

Evil is alive in Libertyville. It inhabits a custom-painted red and white 1958 Plymouth Fury named Christine and young Arnold Cunningham, who buys it. Along with Arnold's girlfriend, Leigh Cabot, Dennis Guilder attempts to find out the real truth behind Christine and finds more than he bargained for: From murder to suicide, there's a peculiar feeling that surrounds Christine - she gets revenge on anyone standing in her path. Can Dennis save Arnold from the wrath of Christine? 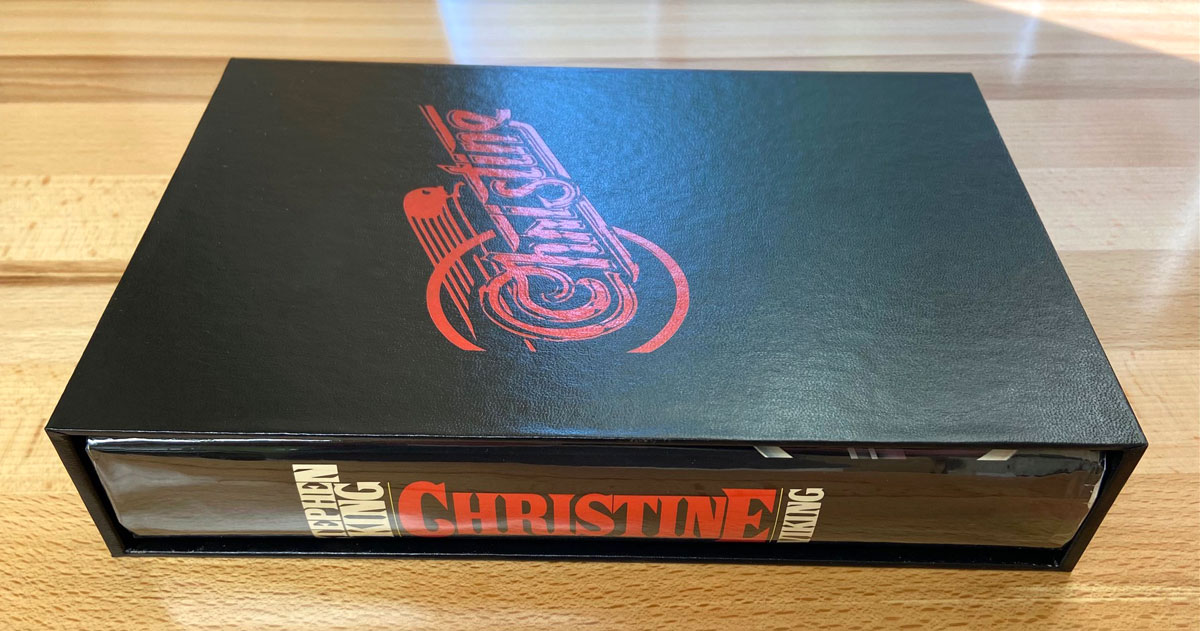 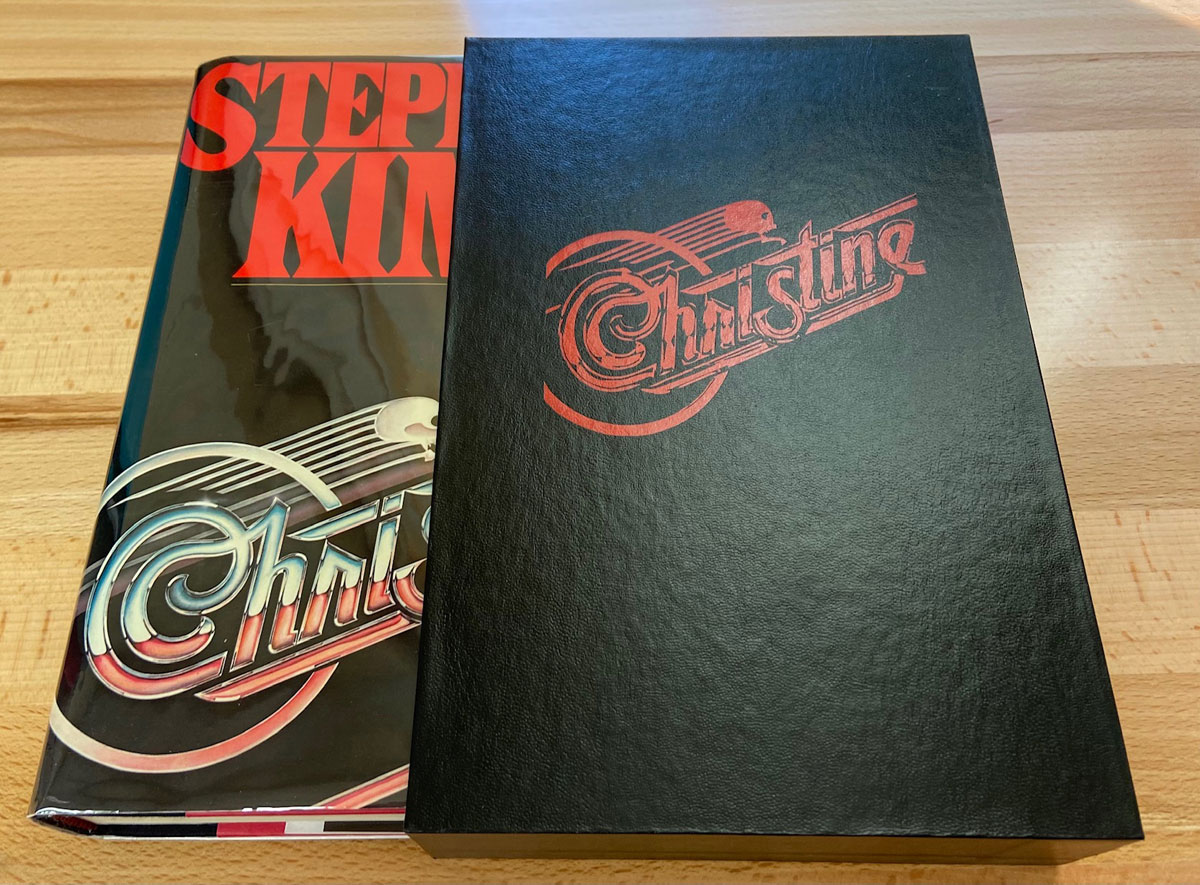 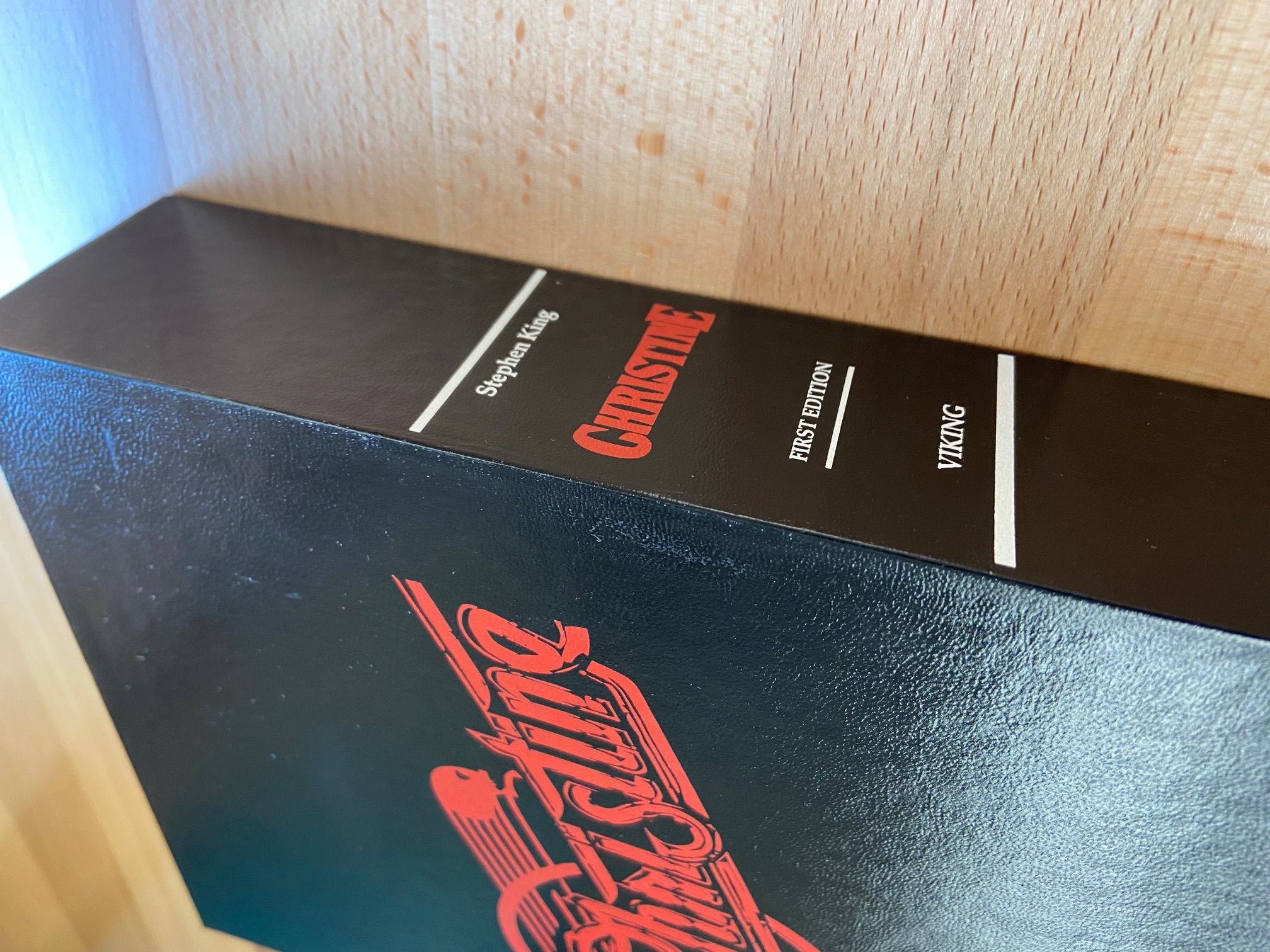 Christine is a horror novel by Stephen King, published in 1983. It tells the story of an antique automobile apparently possessed by supernatural forces.

In 1983, the movie version of Christine directed by John Carpenter, and starring Keith Gordon, John Stockwell, Alexandra Paul, and Harry Dean Stanton was released to theaters.

* In a The Simpsons Treehouse of Horrors comic there's a segment called Krustine about a car Krusty gives Homer that turns Homer into a monster.

* An episode of The Grim Adventures of Billy and Mandy is a direct parody to Christine, in which Billy obtains a possessed tricycle from a child in a magical port-a-potty.

* Christine is seen as the polar opposite to Herbie The Love Bug, often prompting online discussions between fans of the two cars as to who would win in a race... or a fight.

* In an episode of the animated series The Critic, main character Jay Sherman sang a tribute to women on the silver screen, mentioning "Stephen King's Christine."

* In the video game Grand Theft Auto: Vice City, a fan-made 1958 Plymouth Fury which looks exactly like Christine can be driven. Also, the driver inside is rendered invisible, thus applying the impression that Christine is "demonic" and runs by herself without any driver inside it.

FINE hardcover book, which appears unread with a square and tight spine. A wonderful bright clean copy free of markings, writings, or stamps. No bookplates attached or indication of any removed. Sharp corners. Bright lettering on spine which is not faded.

Near Fine dust-jacket with some light edge-wear as shown. Bright graphics. The dust-jacket is now protected in a brand new archival acid-free Mylar sleeve.