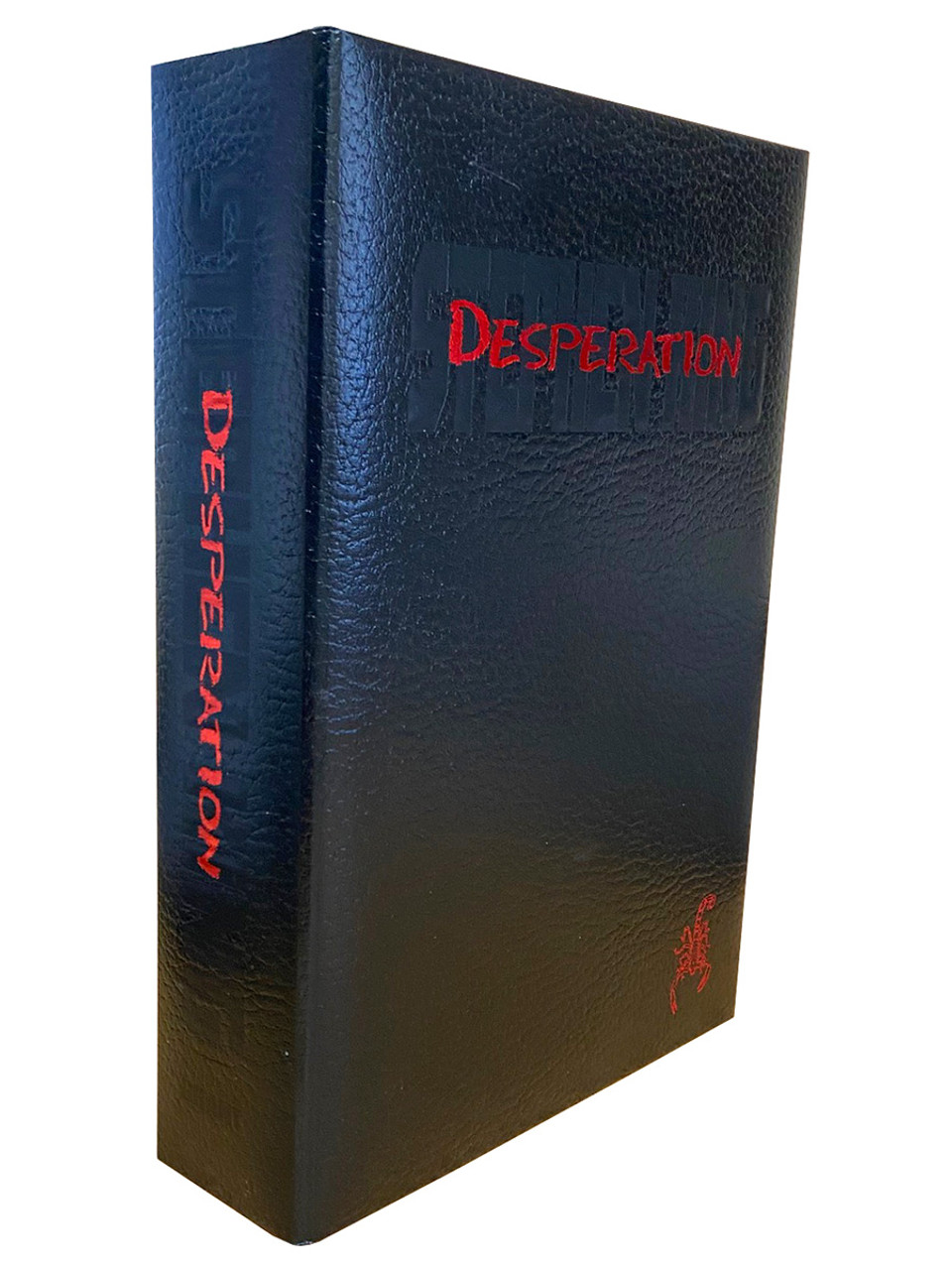 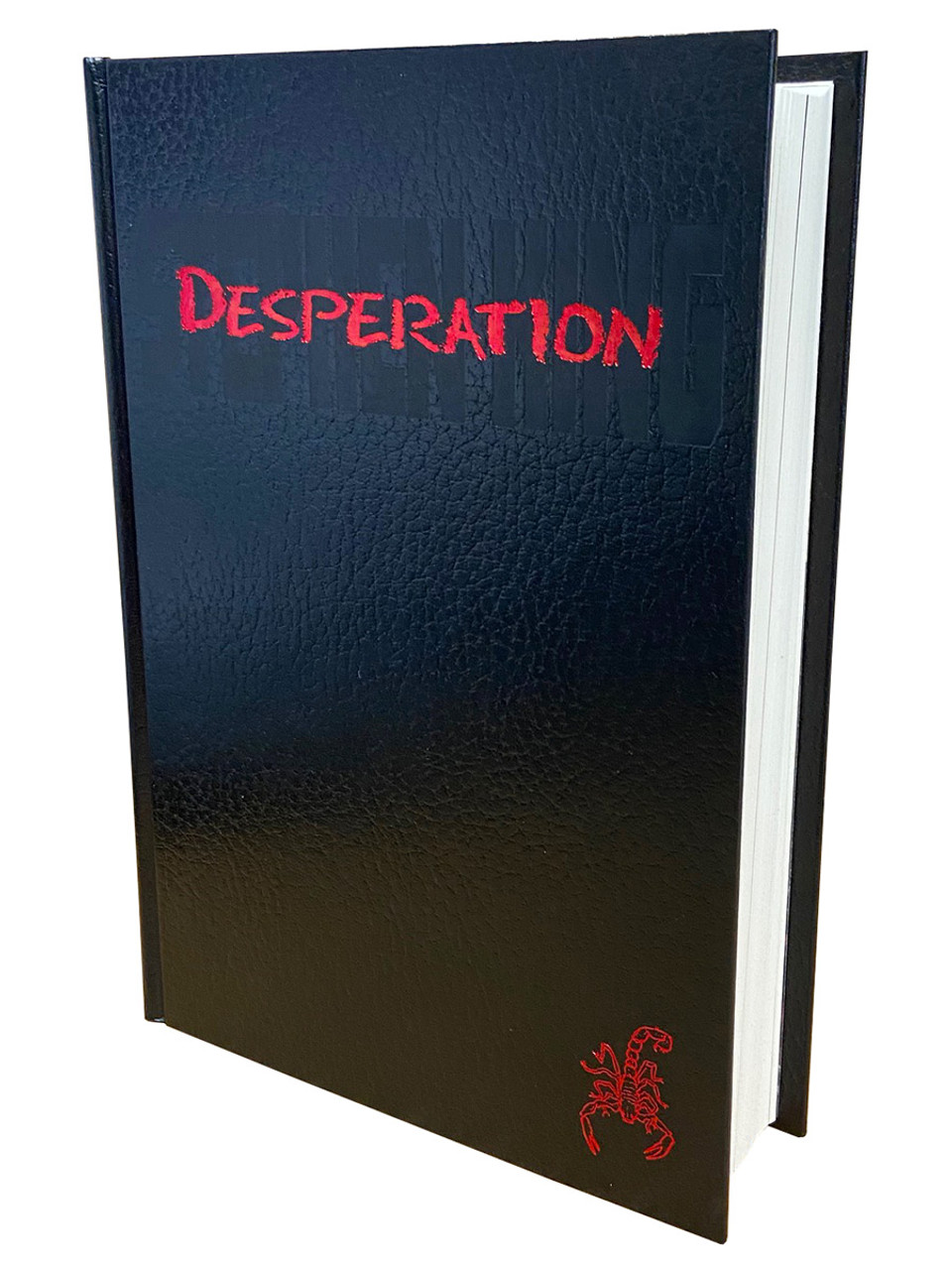 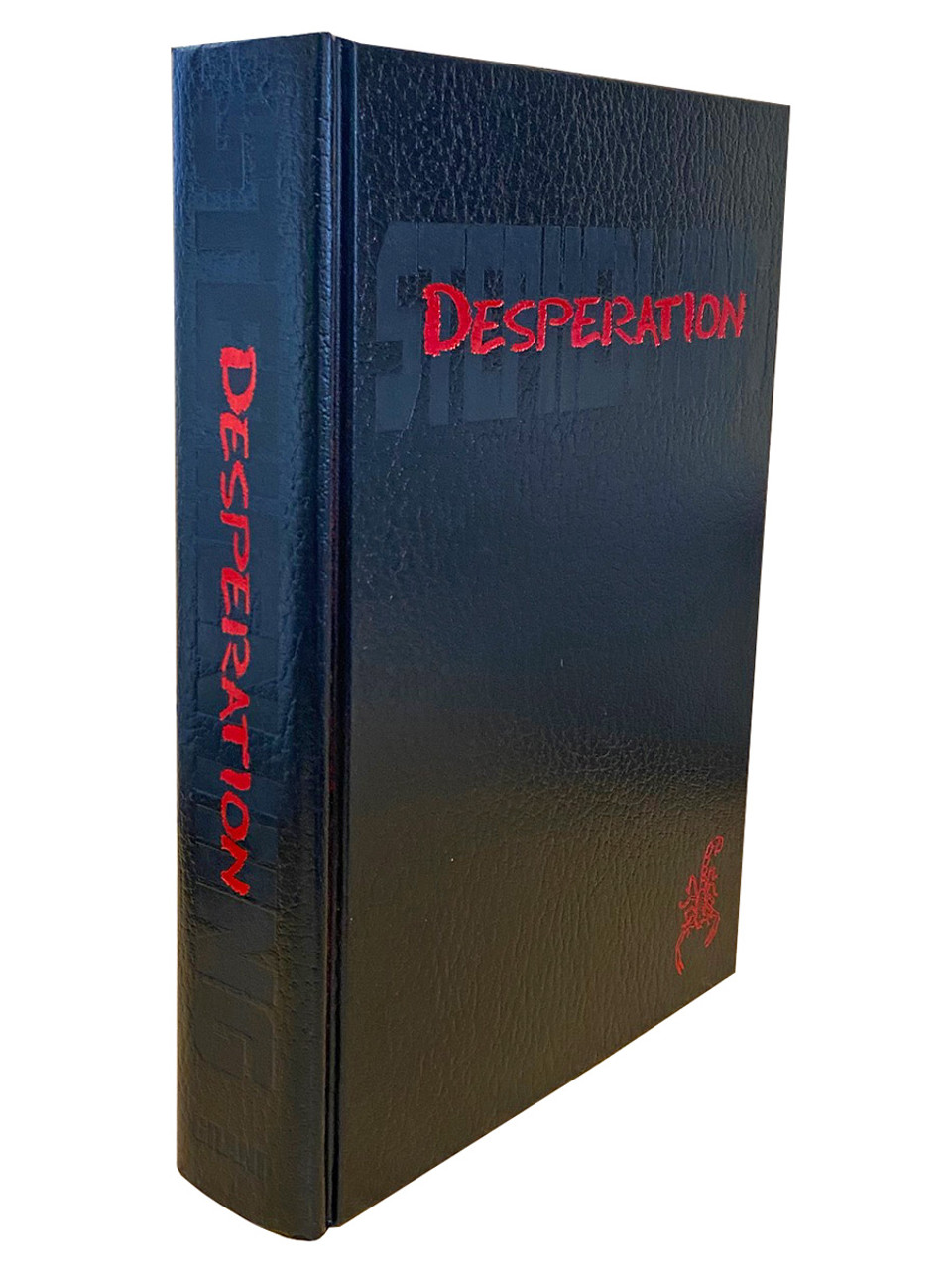 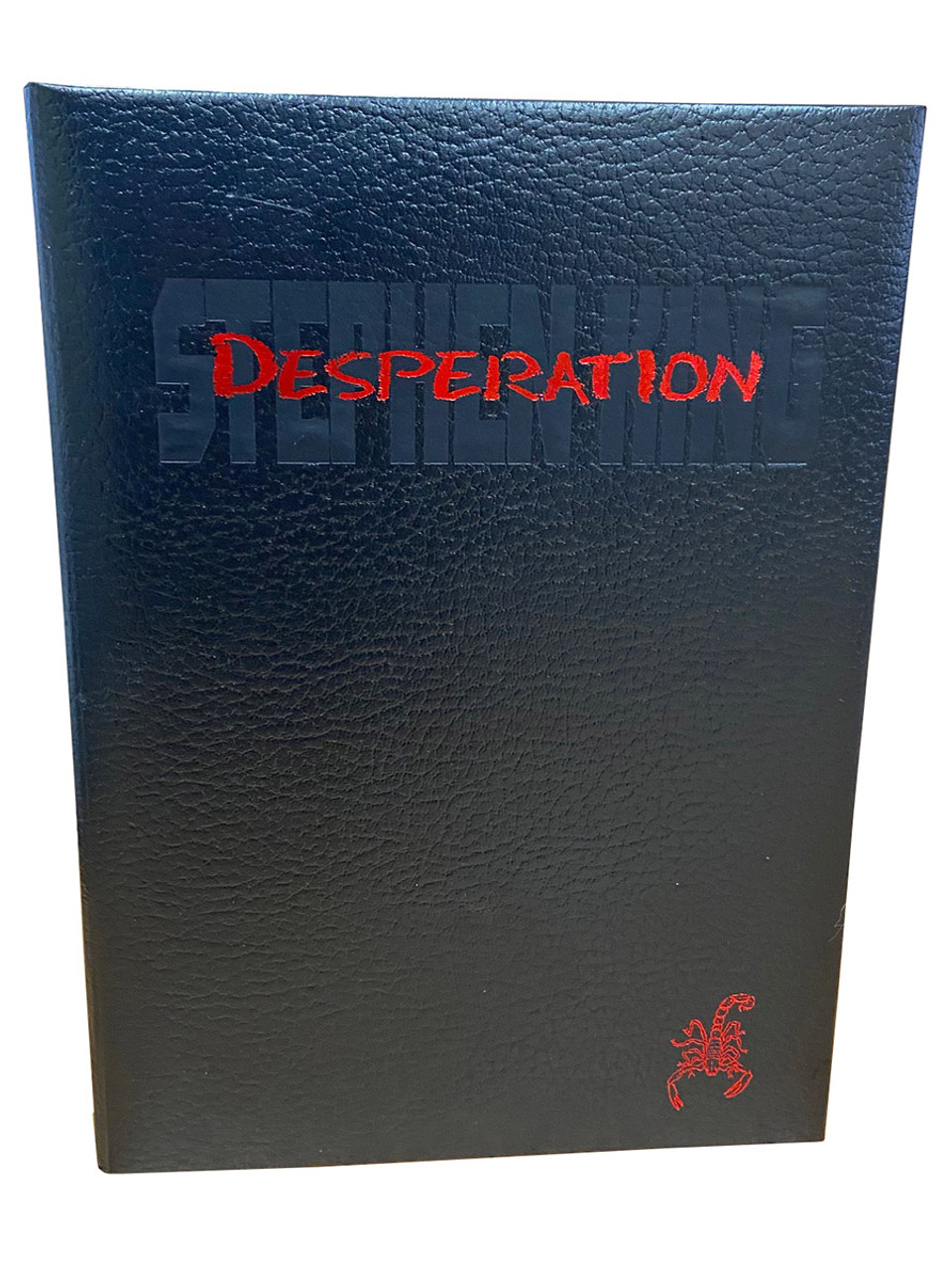 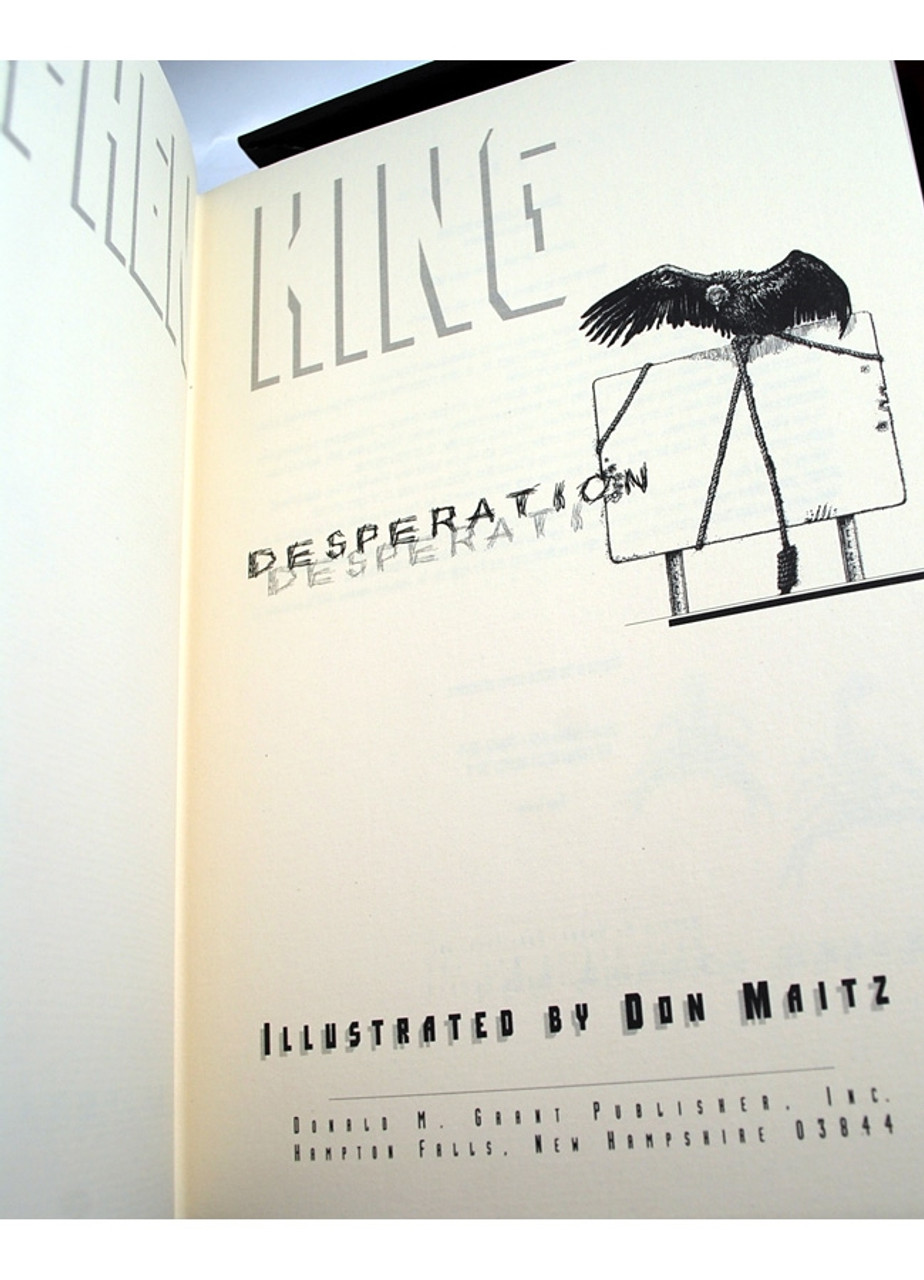 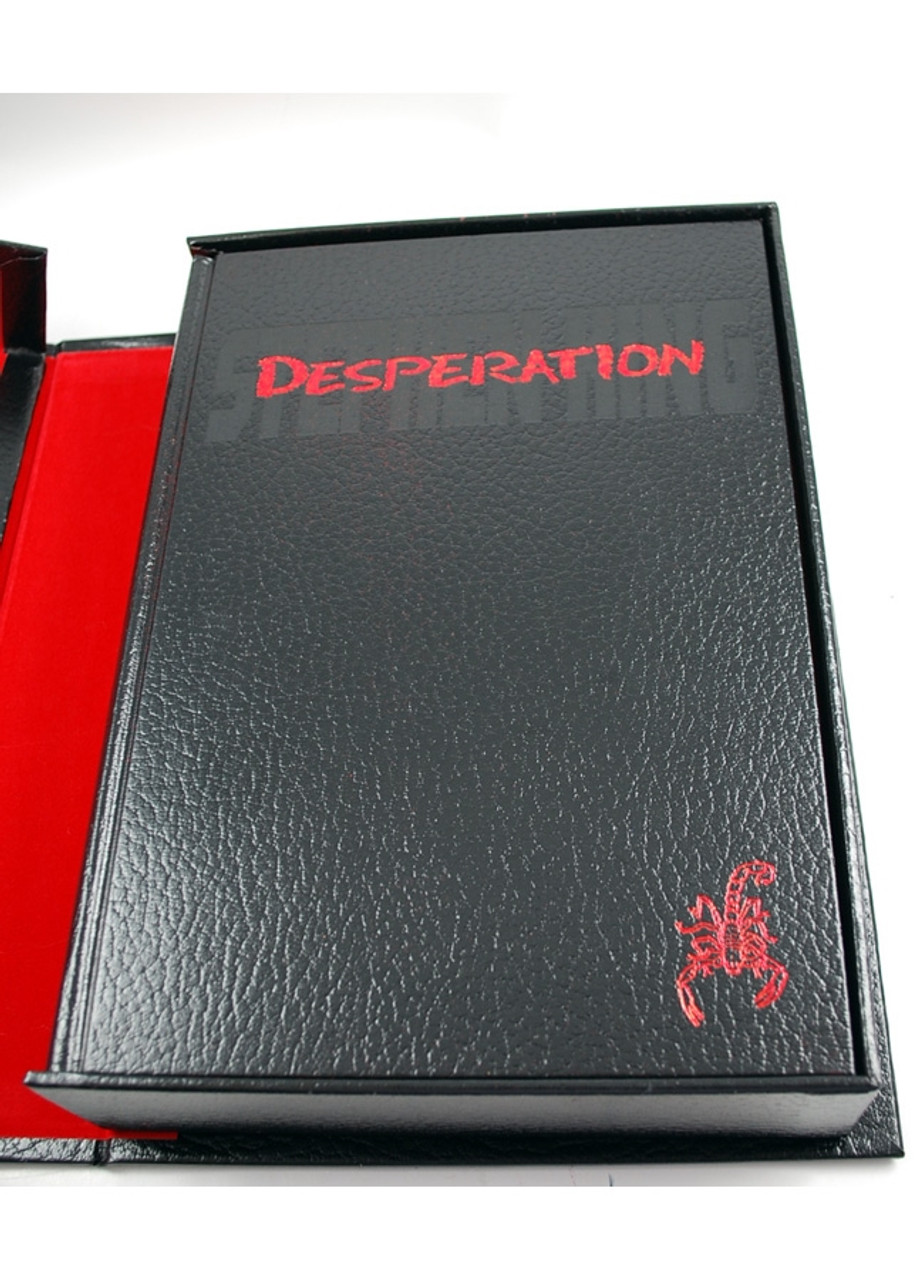 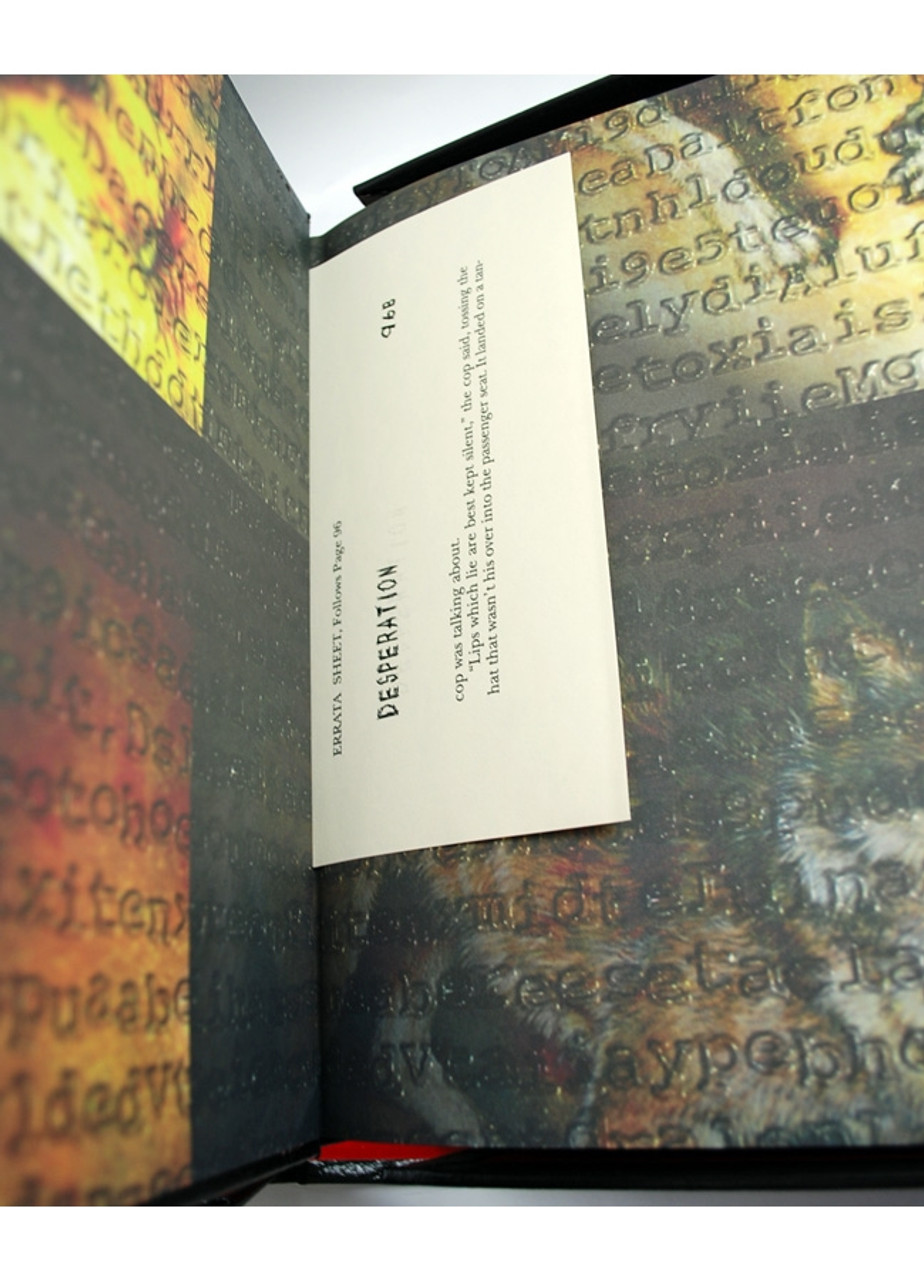 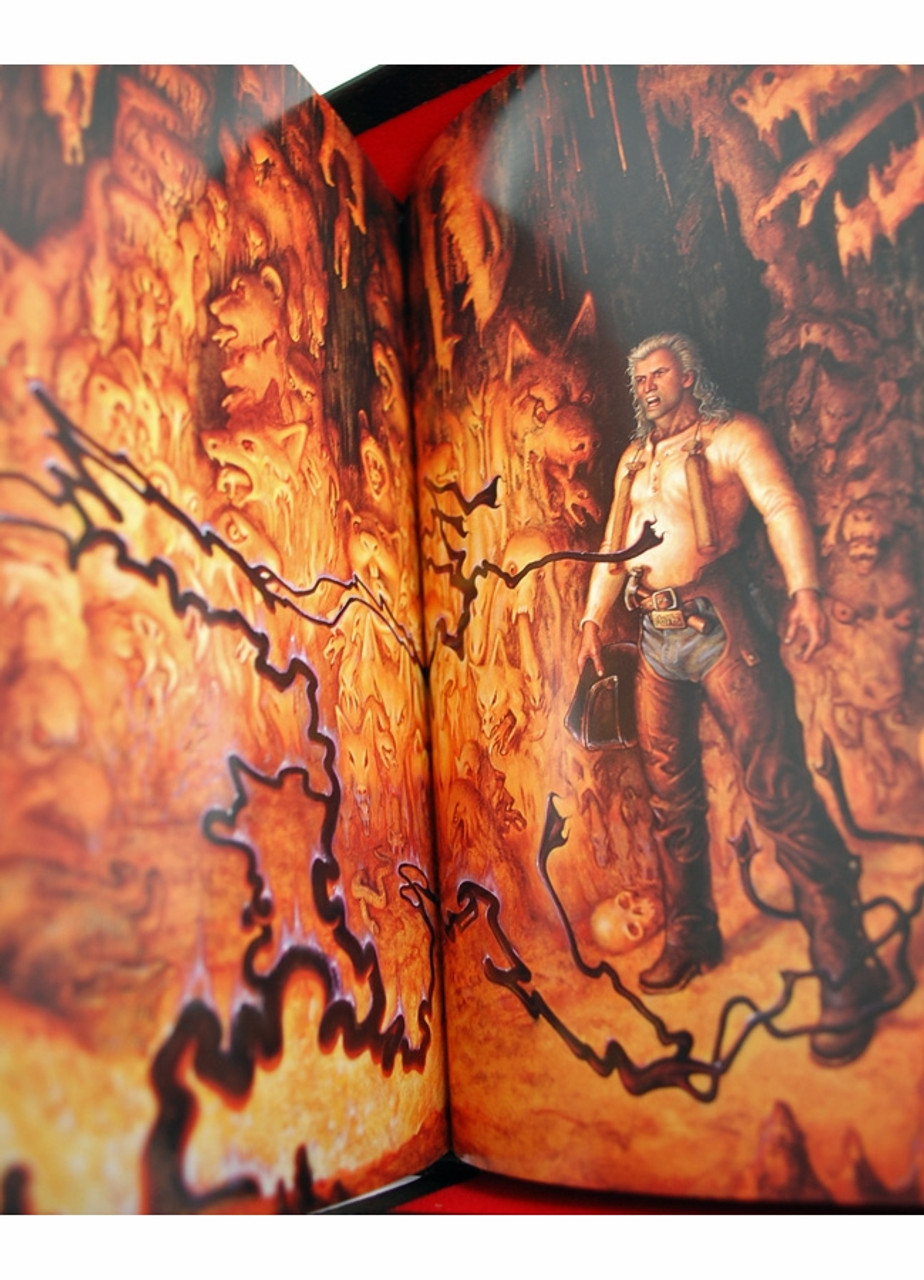 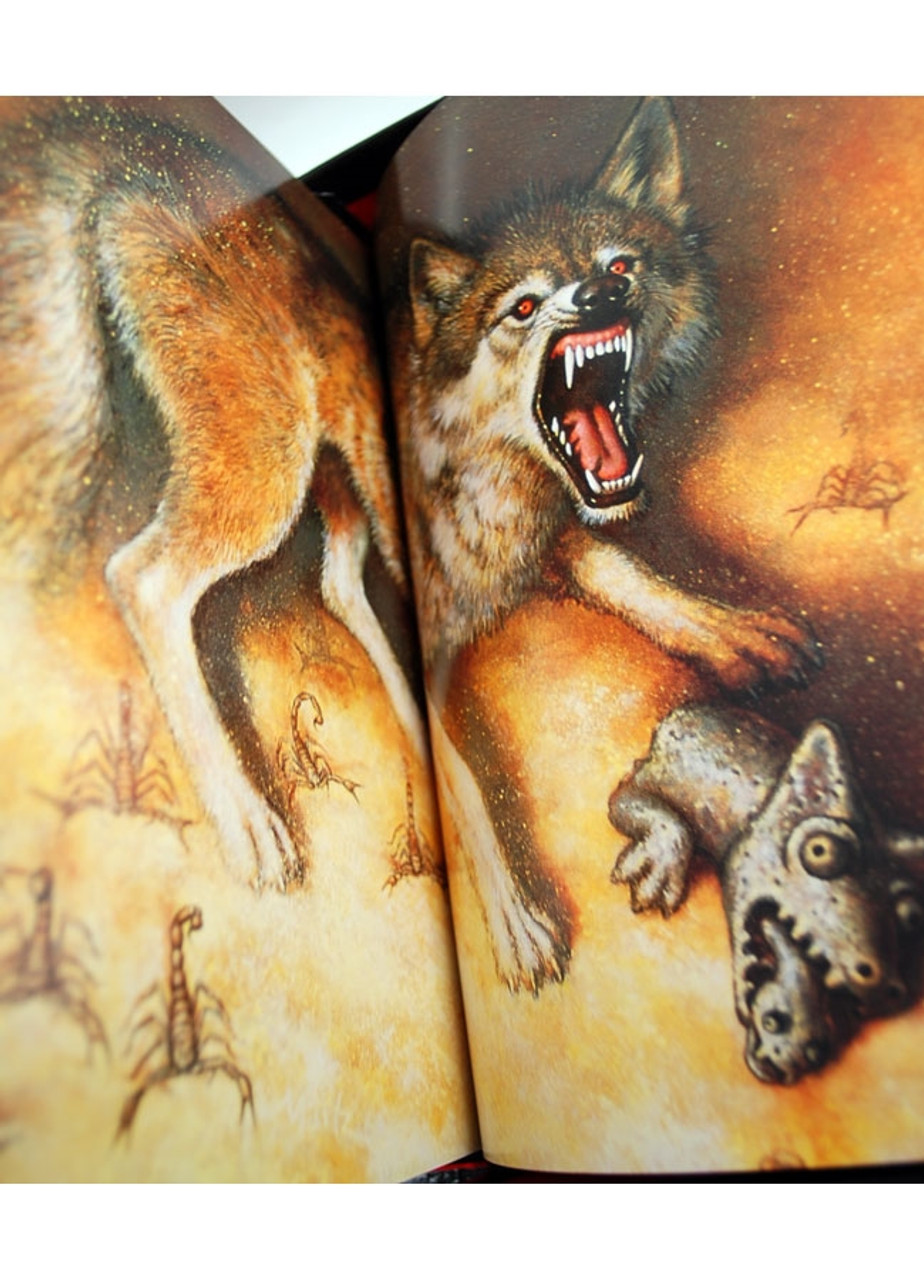 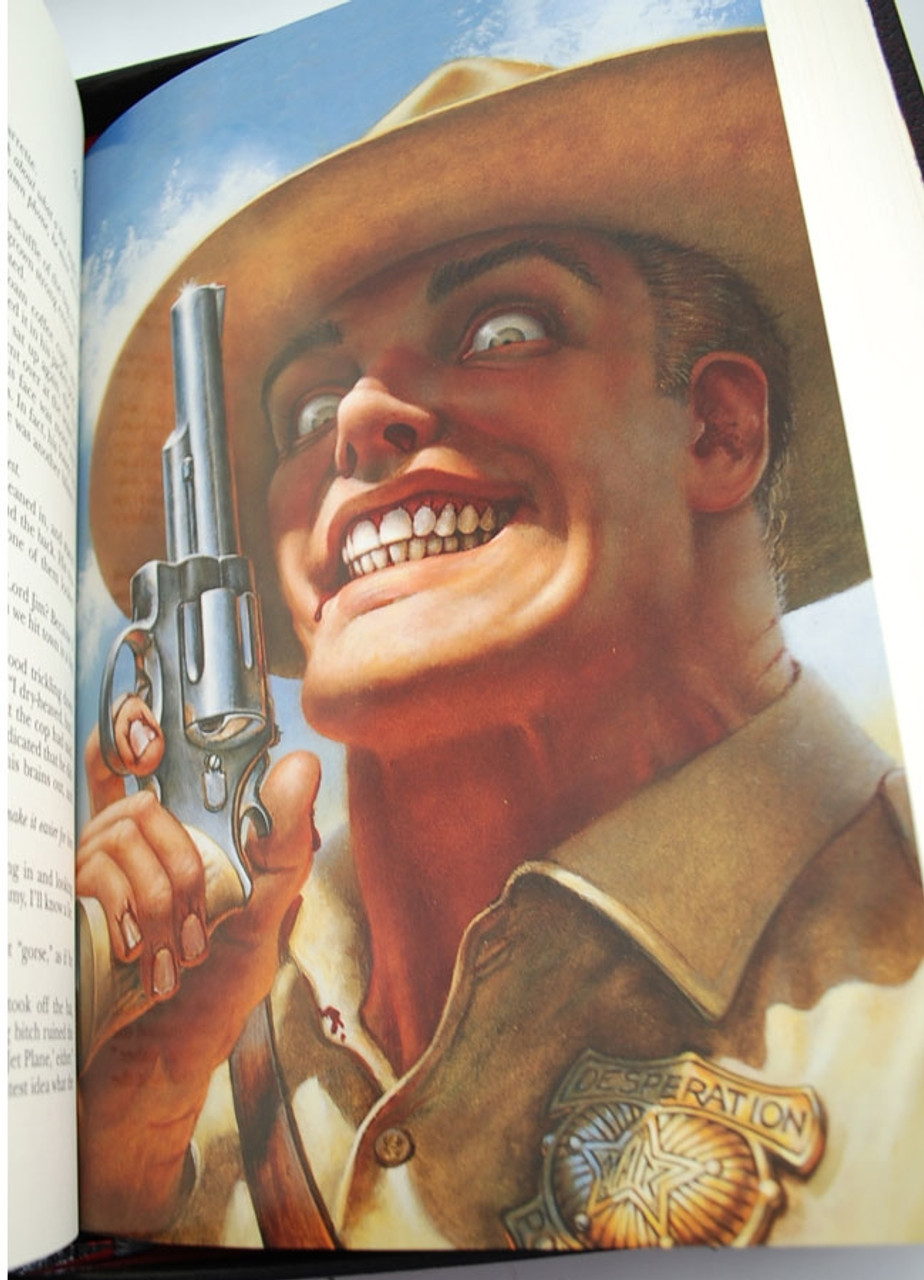 Personally signed by Stephen King and the illustrator Don Maitz on a Special Limitation Page.

A beautiful black leather edition produced in a red velvet-lined, leather tray-case. Limited First Edition. Signed by the author Stephen King and Don Maitz, the illustrator. In As New condition with tray case the same. Full-Leather in tray case. Illustrations by Don Maitz.

Number 622 of only 2050 total signed and numbered copies.

A notice to those who feel that Stephen King has lost his magic touch: Desperation is the genuine goods. The ensemble cast of ordinary Americans thrown together by chance, including a disgruntled alcoholic writer and a child who is wise beyond his years, may be a bit too familiar. But the nearly deserted Nevada mining town with an enormous haunted mine pit and an abandoned movie theatre where the survivors hang out makes for a striking battleground, and the grisly action rarely flags.

Best of all, though, are the characters of Tak, the ancient body-hopping evil who emerges from the mine, and of "God"--whom the New York Times describes as "the edgiest creation in Desperation. Remote, isolated, ironic, shrouded behind disguises, perhaps 'another legendary shadow,' this deity forms a sly foil, and an icy mirror, to Tak."

Stephen Edwin King (born September 21, 1947) is an American author of horror, supernatural fiction, suspense, science fiction and fantasy. His books have sold more than 350 million copies, many of which have been adapted into feature films, miniseries, television series, and comic books. King has published 58 novels, including seven under the pen name Richard Bachman, and six non-fiction books. He has written around 200 short stories, most of which have been published in book collections.
Very Fine in a Very Fine tray-case. As New. Free of any marks, writings, stamps, and bumped corners. The condition is the same as normally shipped by the publisher.