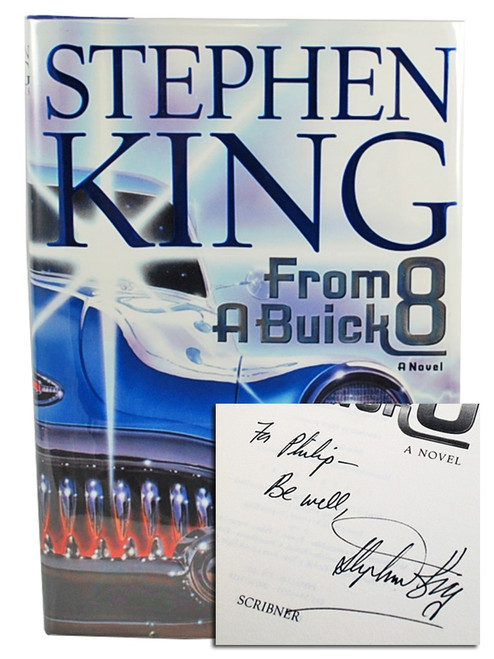 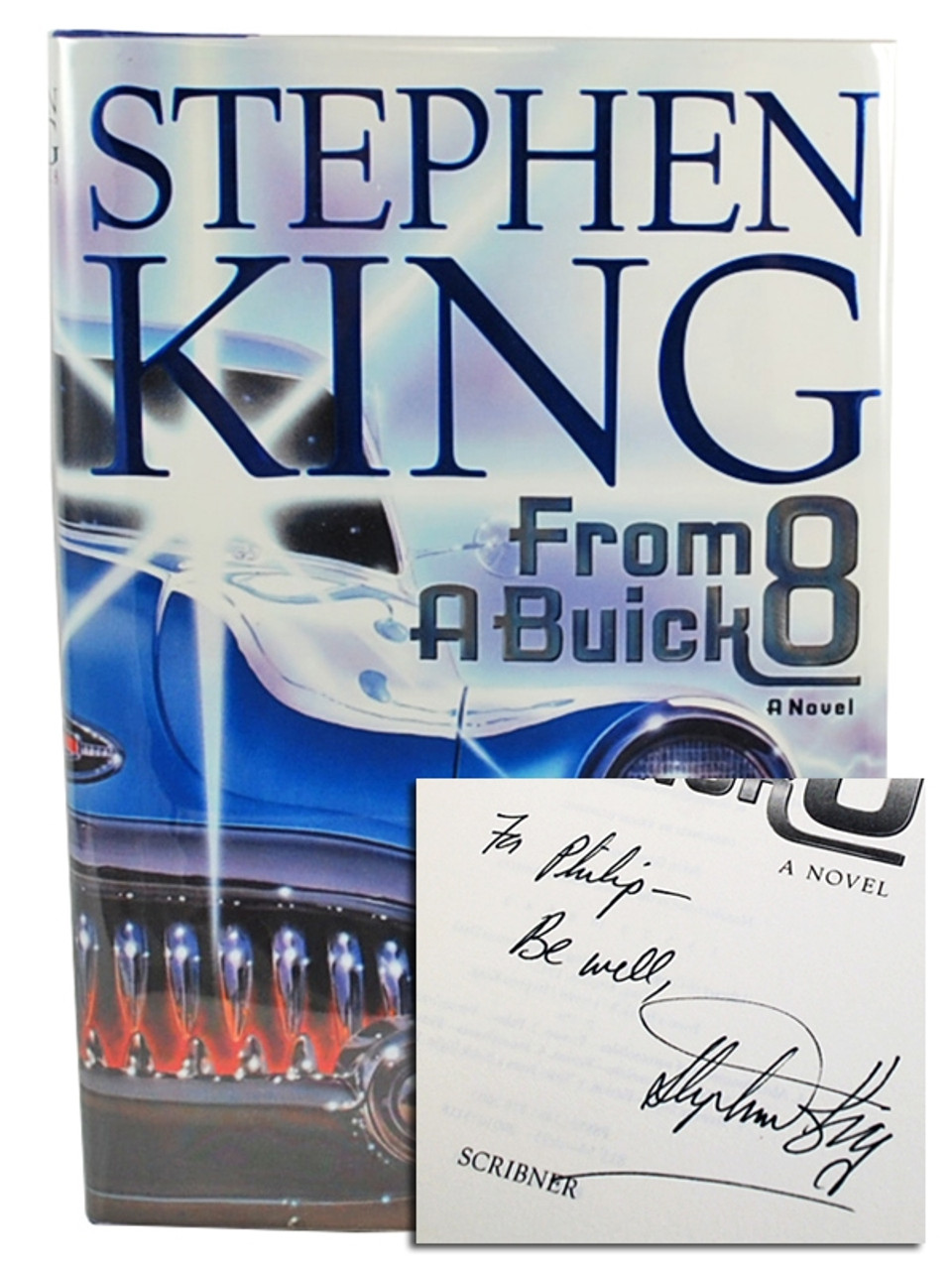 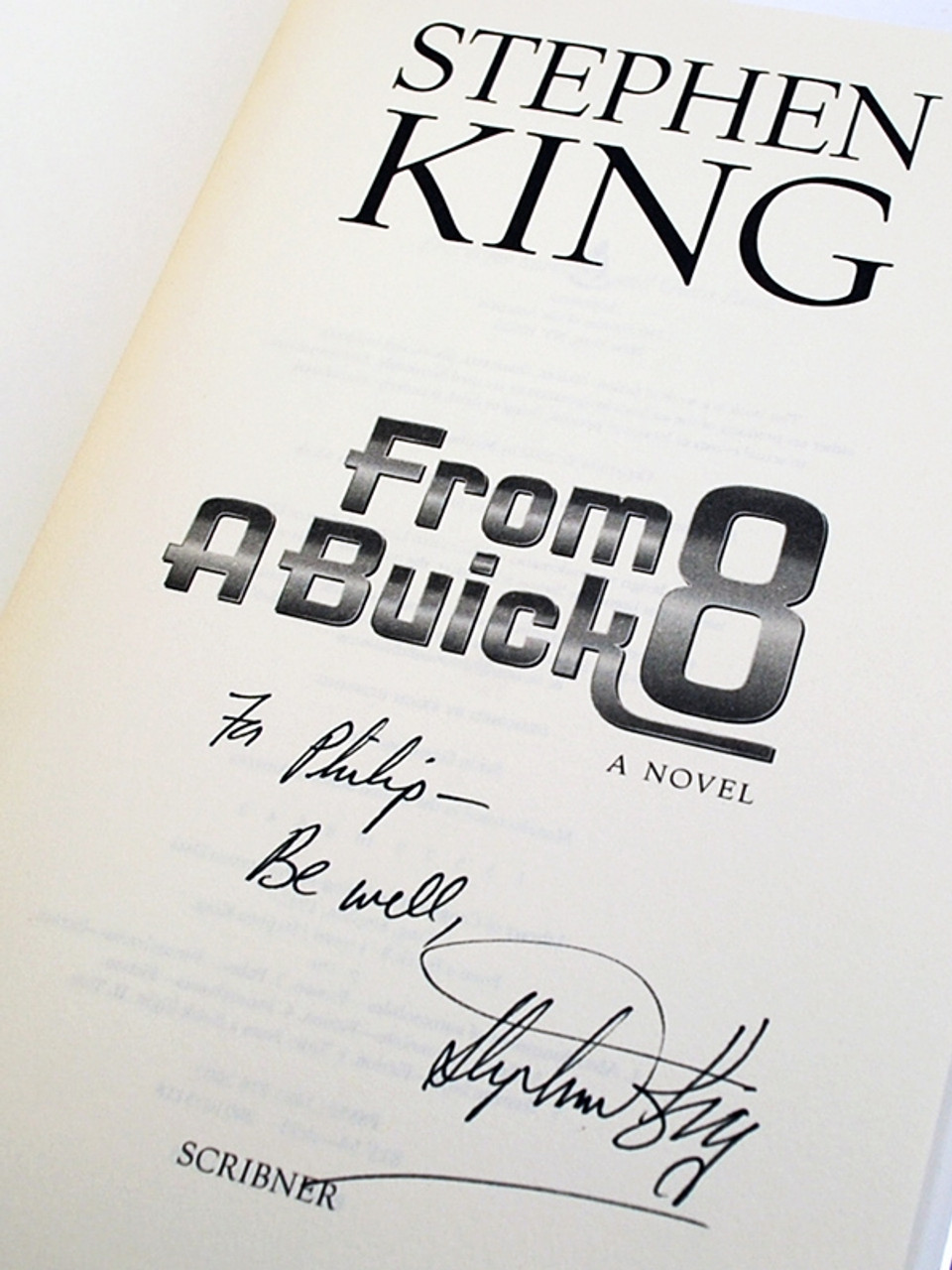 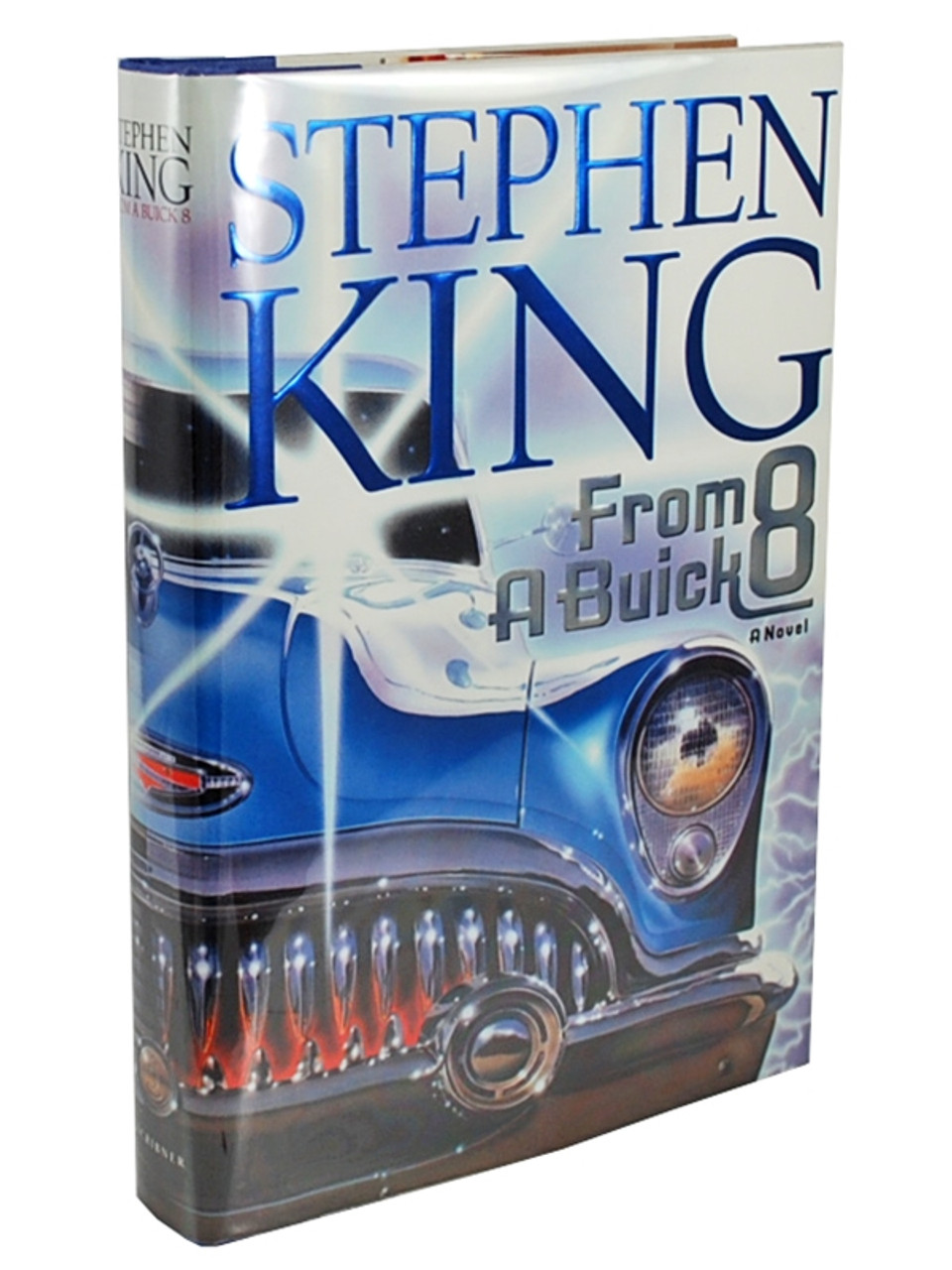 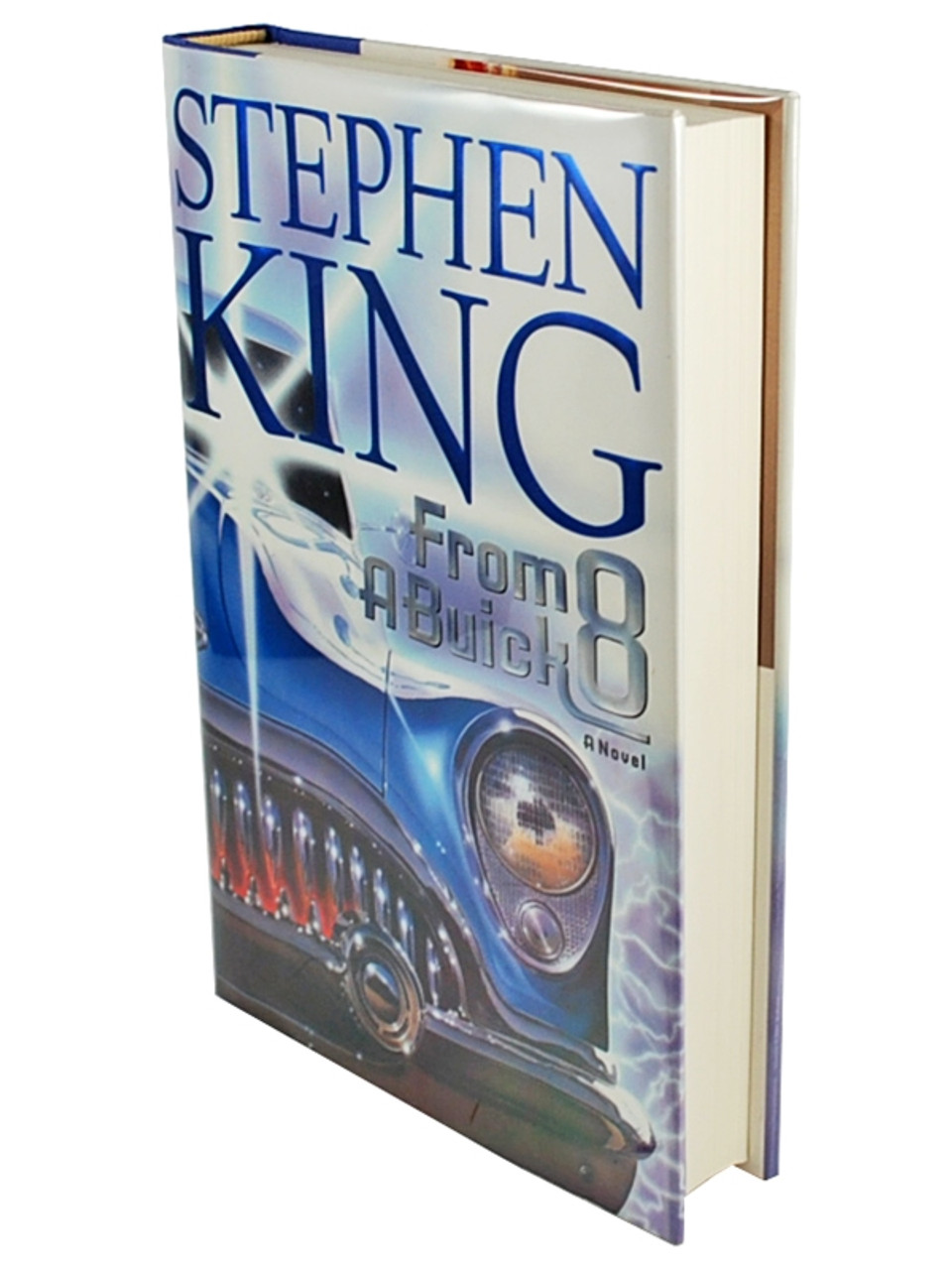 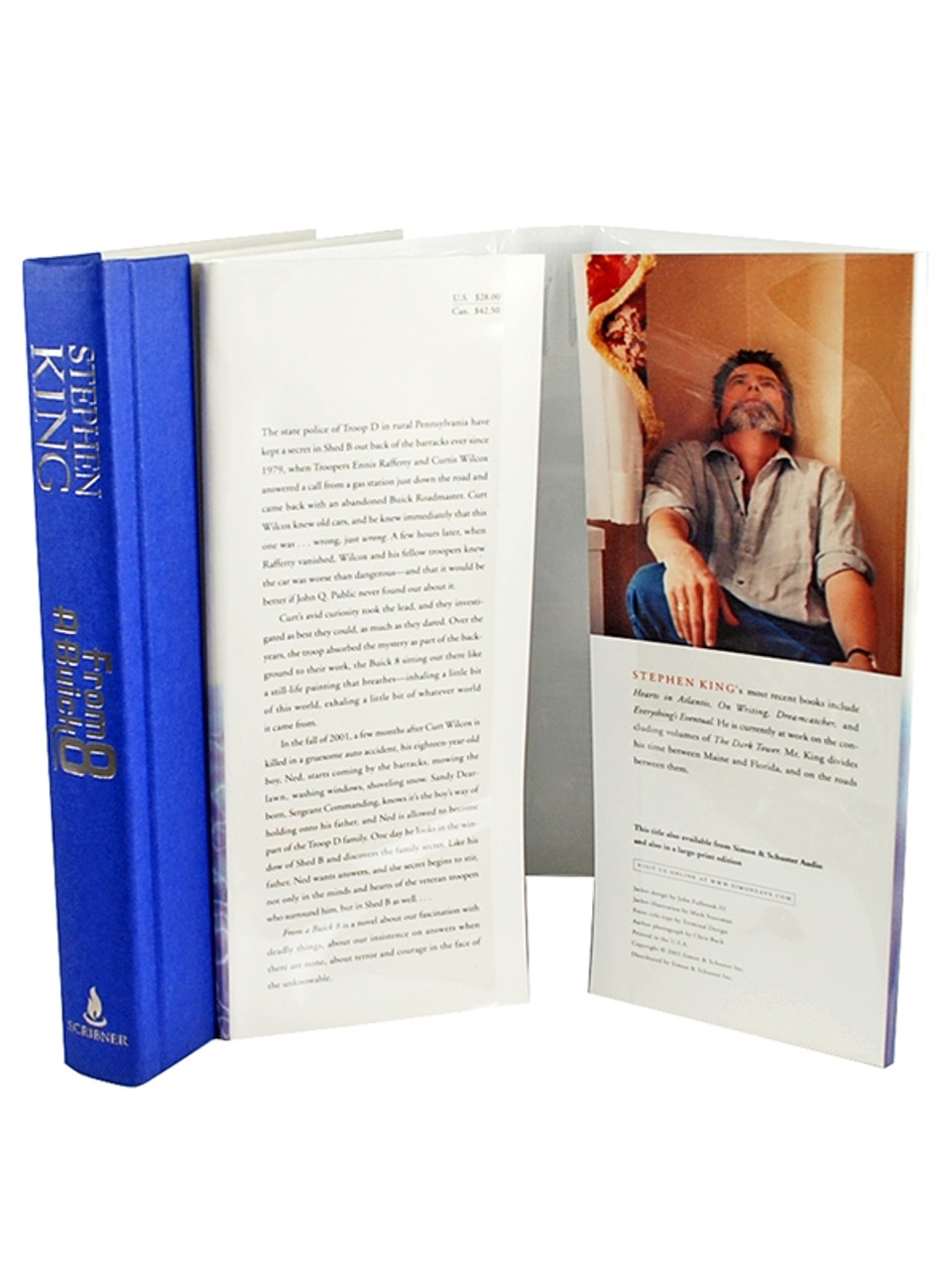 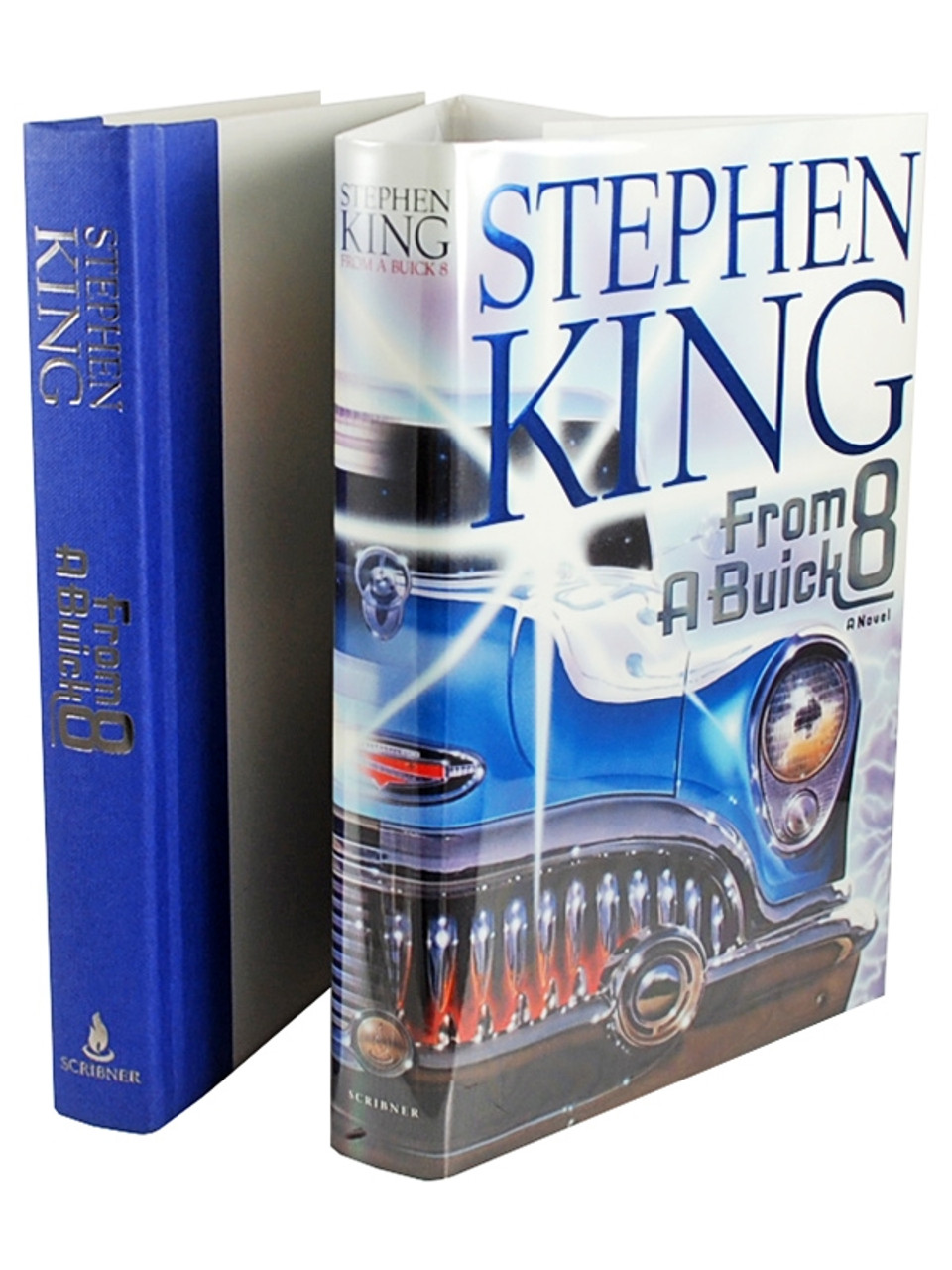 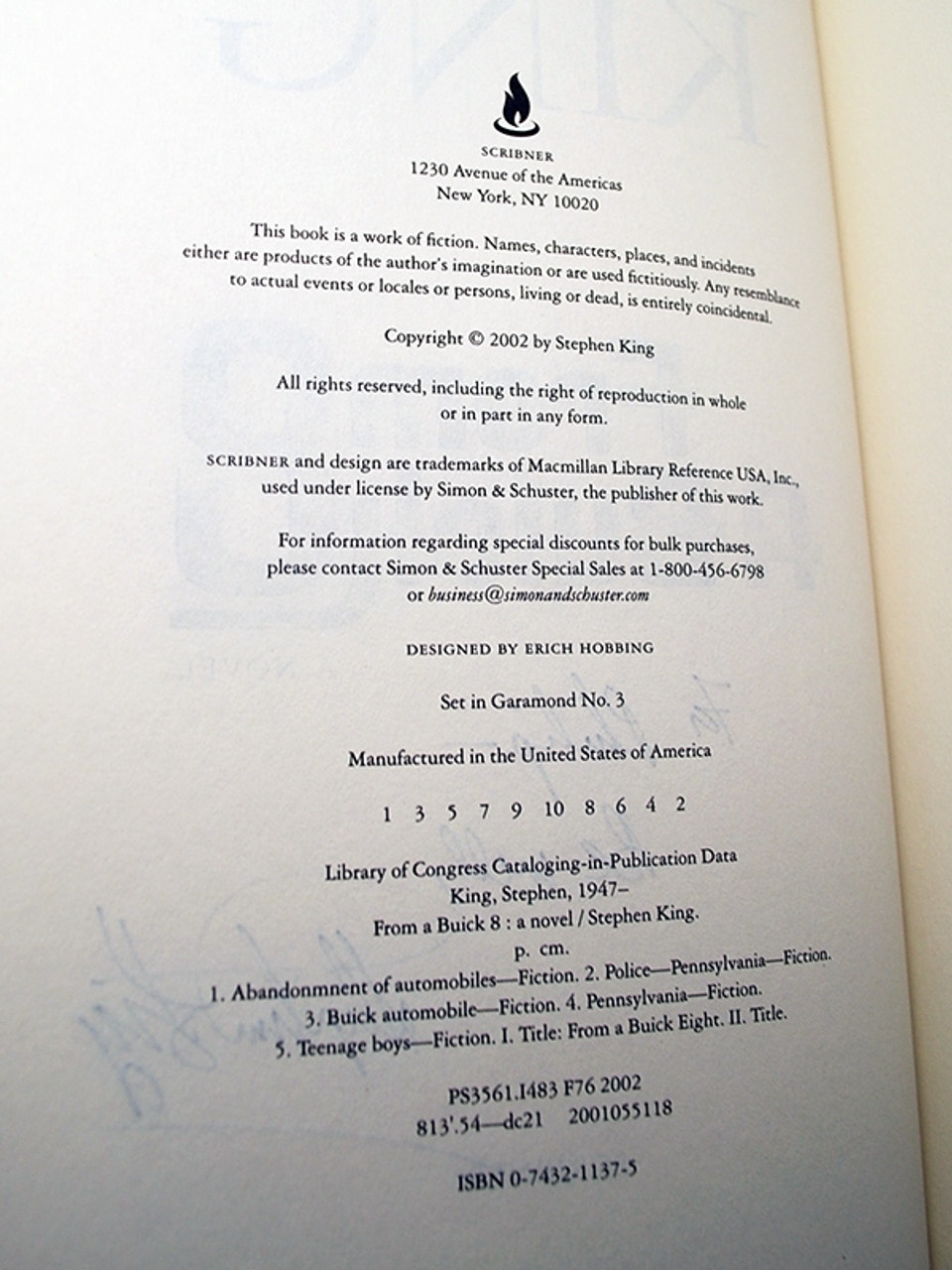 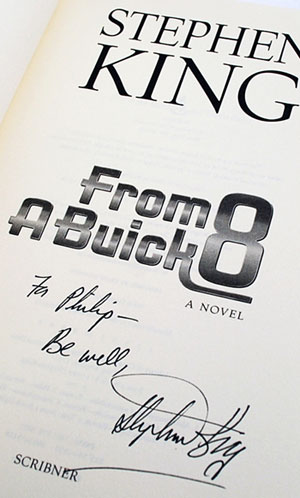 Scribner, USA. copyright. 2002. Stephen King "From A Buick 8". Hardcover with dust-jacket. Not price clipped. Signed by the author. This is a true Fine/Fine book without any flaws. Full number line as required on copyright page for a first printing. The dust-jacket is now protected in a brand new Mylar archival sleeve. This is Stephen King's best-selling novel. 368 pages. ISBN 978-0-7432-1137-6.


Signed by Stephen King with the following inscription:

"For Philip- Be well, Stephen King"

From a Buick 8 is a novel by horror writer Stephen King. Published on September 24, 2002, this is the second novel by Stephen King to feature a supernatural car (the first one being Christine, which like this novel is set in Pennsylvania); King's short story "Trucks" also involved paranormal events involving vehicles. According to the book sleeve: "From a Buick 8 is a novel about our fascination with deadly things, about our insistence on answers when there are none, about terror and courage in the face of the unknowable." The title comes from Bob Dylan's song "From a Buick 6", and is also clearly an homage to H.P. Lovecraft's short story "From Beyond", with which the novel shares thematic and plot elements. Award winning independent publisher Cemetery Dance Publications published a signed Limited Edition of the book.

Stephen King says that he was inspired to write this book on a car trip he took in 1999. During the trip he stopped at a gas station in western Pennsylvania. While looking around he slipped and almost fell into a stream of water. The thought that he might not have been discovered until a much later time led him to the plot of the story. In the novel King describes a fatal automobile accident, and coincidentally King himself was the victim of a bad accident that almost killed him late in 1999. However, he said that he did not change any of the details in the novel to match his accident.

Very Fine hardcover book in Very Fine dust-jacket. A wonderful bright clean copy free of any markings, writings, or stamps inside the book. No attached bookplates or signs of any removed. See photos. Sharp corners that have not been bumped. Tight binding. Unread book.