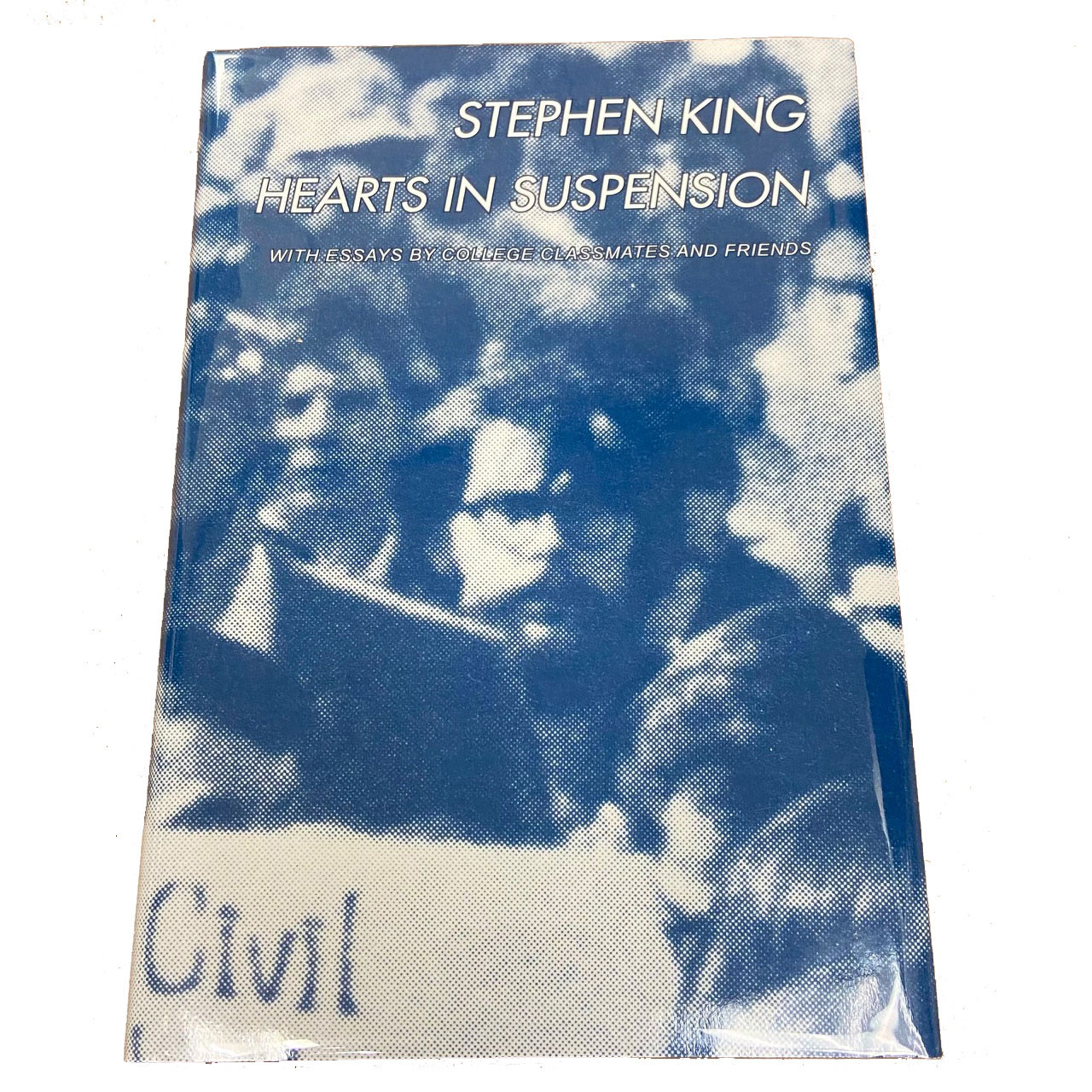 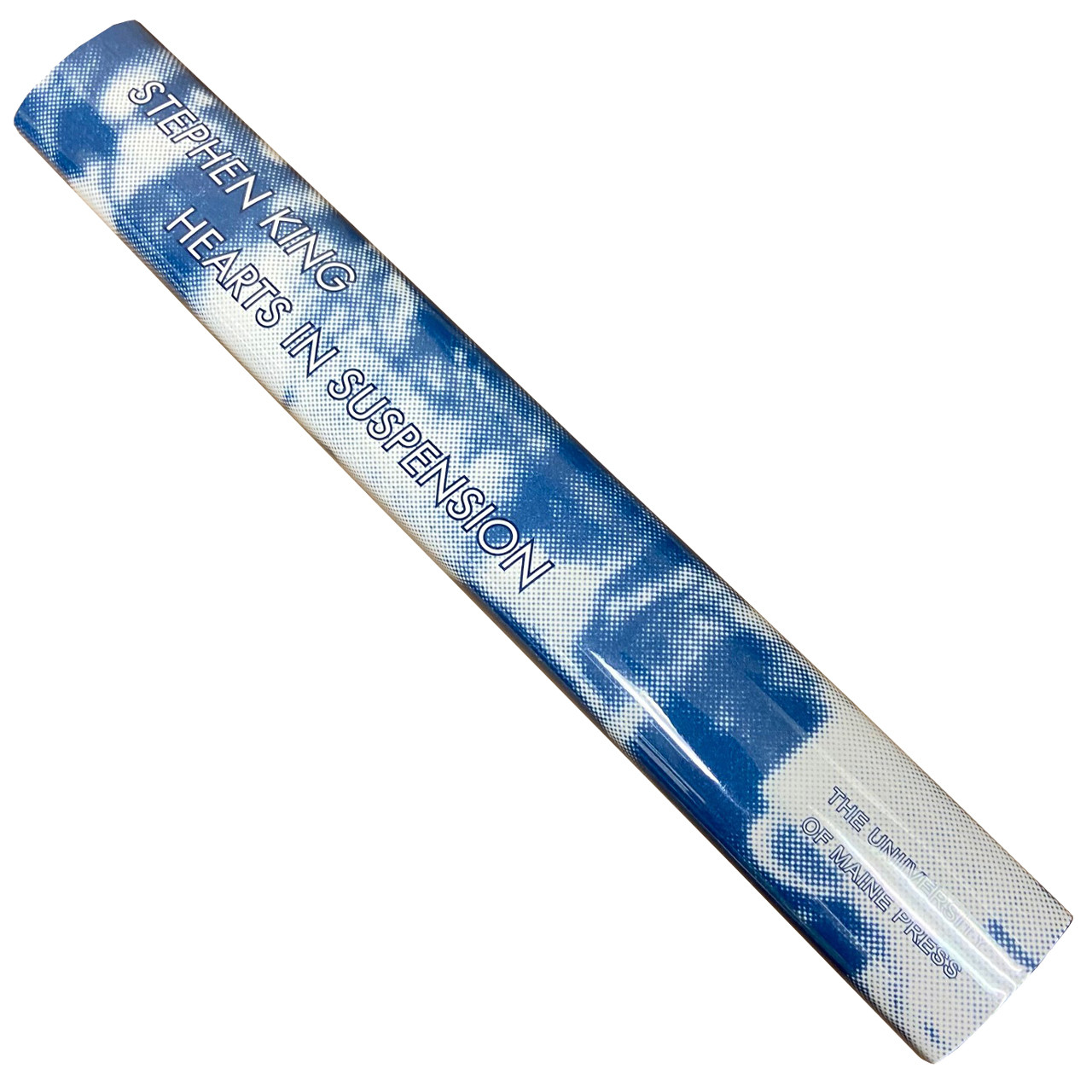 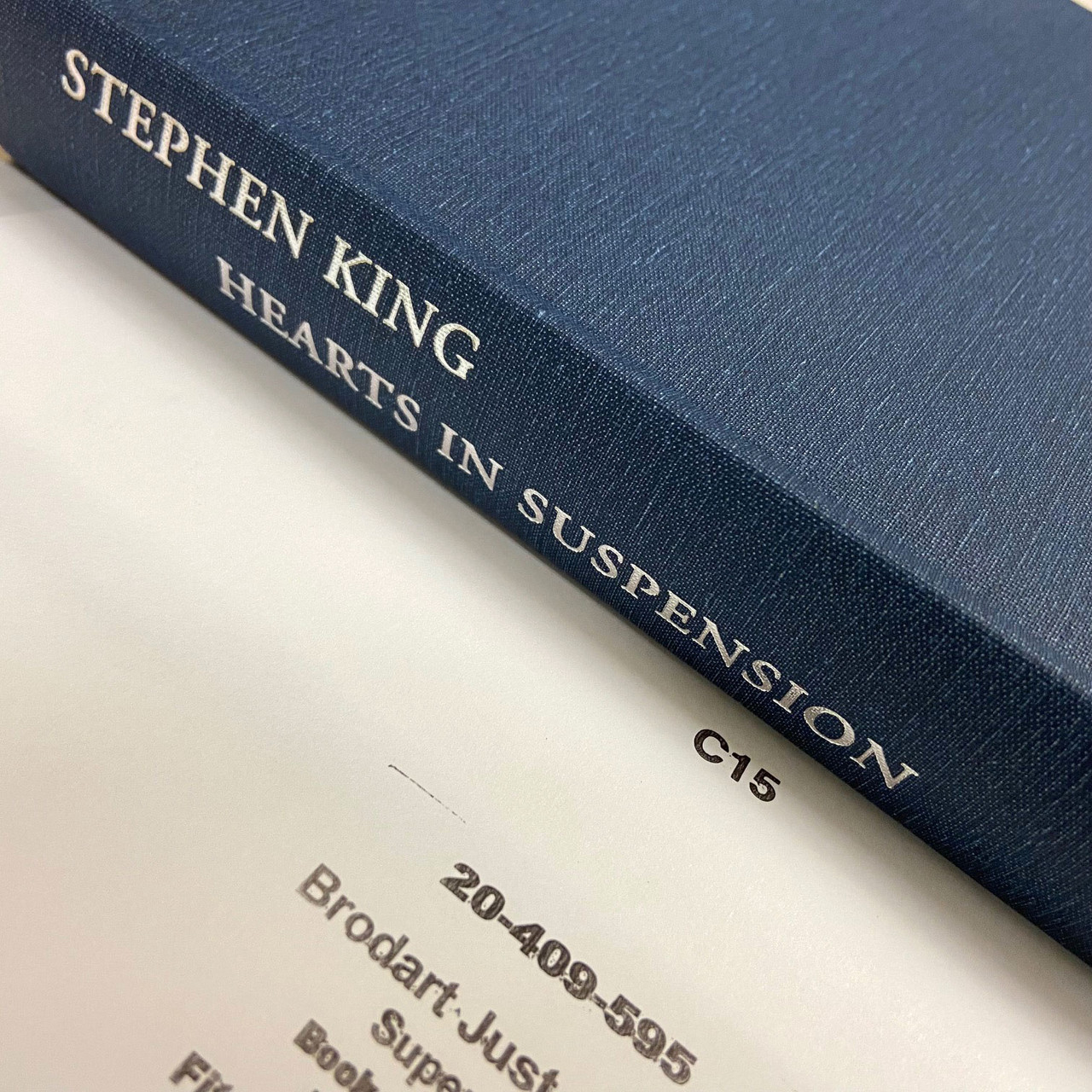 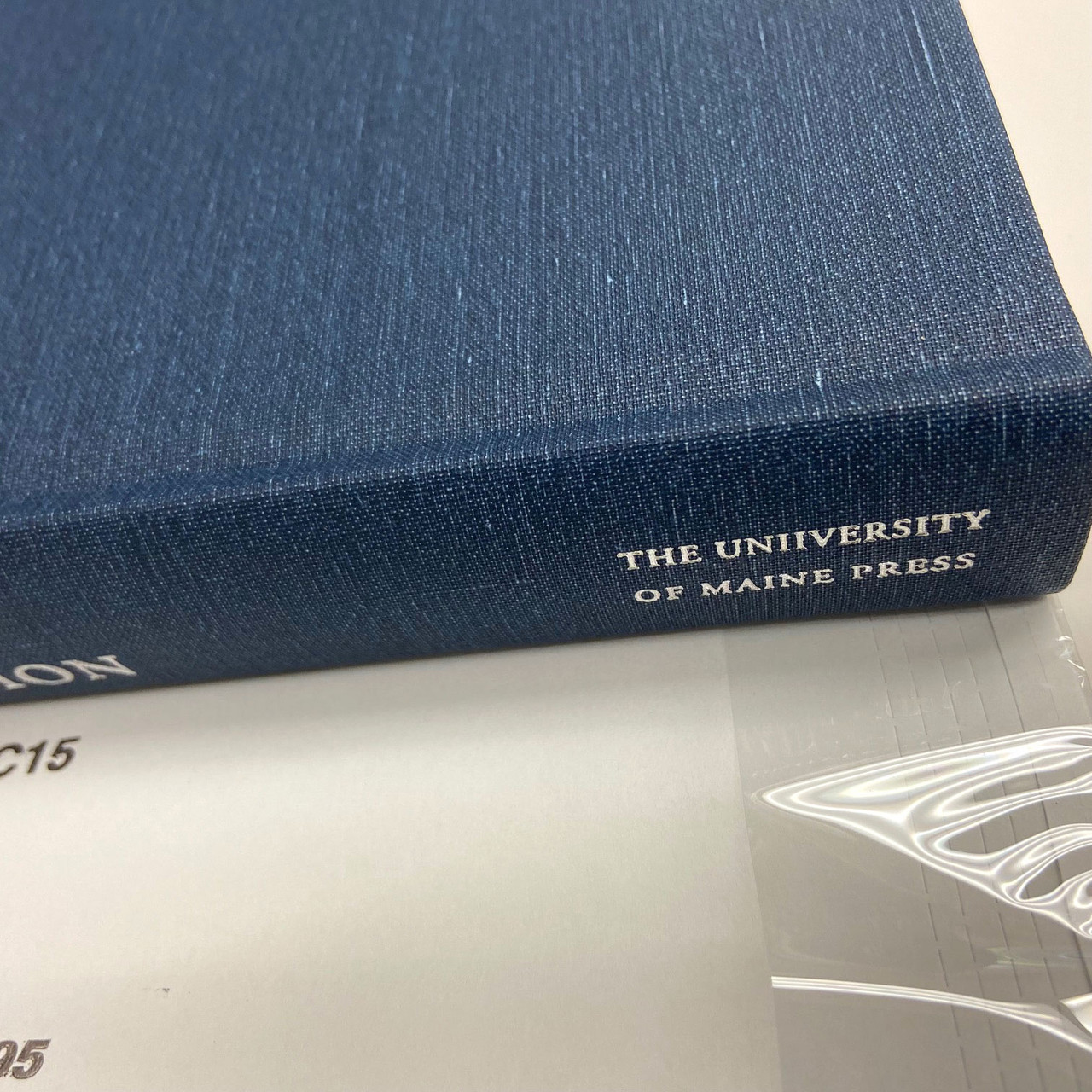 Personally signed by Stephen King directly onto the title page and one of only 400 signed copies.

The University of Maine Press, Orono, Maine. Nov. 2016. Stephen King "Hearts in Suspension". Hardcover book with dust-jacket. Personally signed by the author Stephen King directly onto the title page of the book. Limited distribution of this title was only 30,000. This signed book was obtained in person at the only book signing event for this publication. It is one of only 400 signed copies and quite rare. The event took place on Monday, Nov. 7 at the Collins Center for the Arts at the University of Maine.

You will receive the original program booklet from the event. The hardcover book and dust-jacket is in Very Fine condition without any discernible flaws. An unread brand new copy. Includes bookseller issued COA.

$30.00 printed on the lower portion of the dust-jacket.

Original ticket and pamphlet from the event 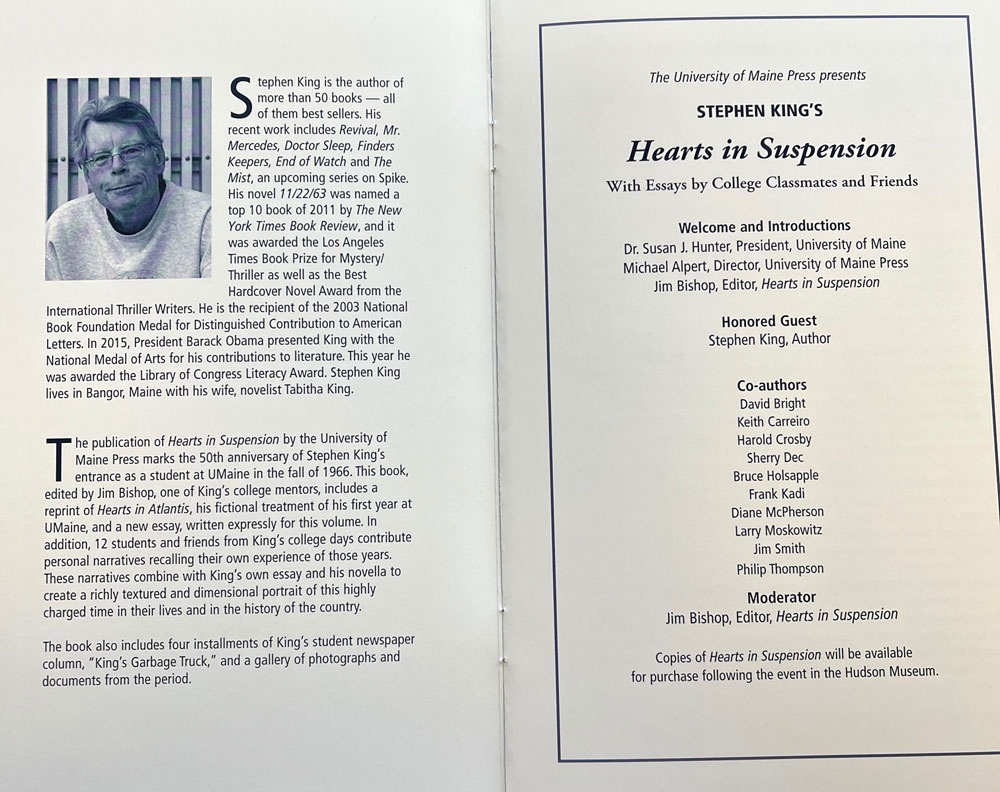 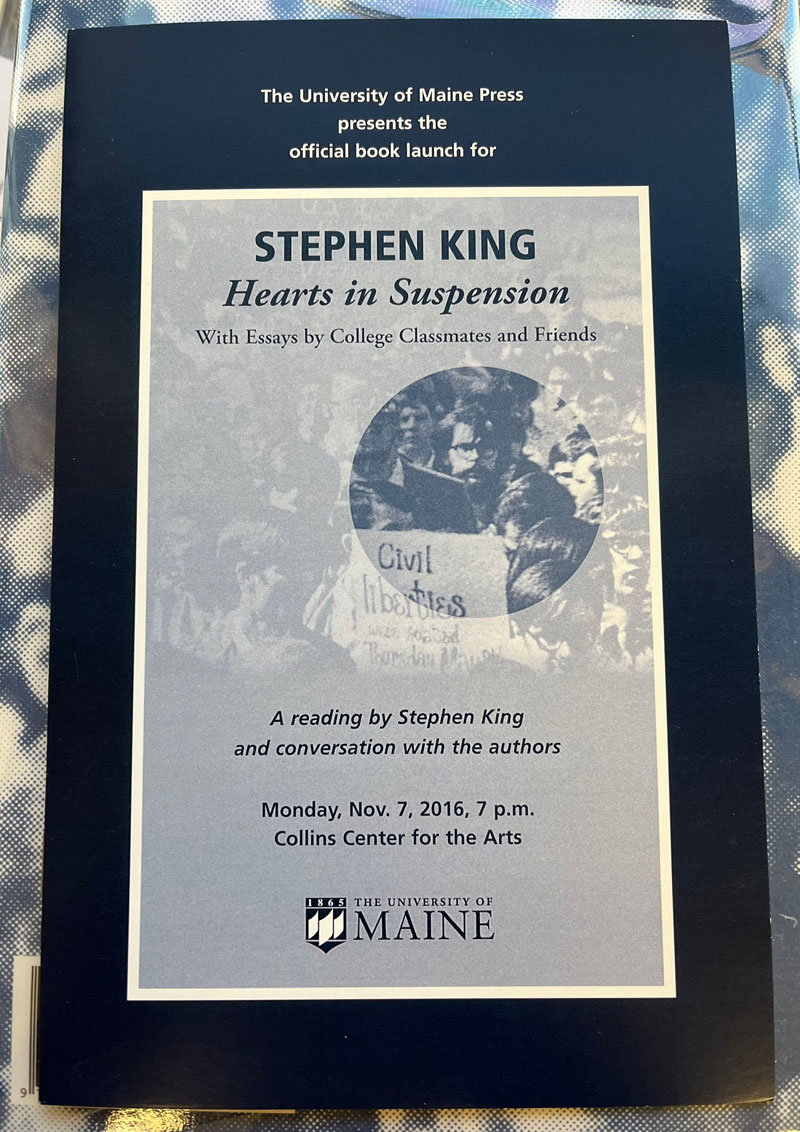 Hearts in Suspension by Stephen King - This publication marks the 50th anniversary of Stephen King’s entrance into the University of Maine at Orono in the fall of 1966. The accelerating war in Vietnam and great social upheaval at home exerted a profound impact on students of the period and deeply influenced King’s development as a writer and as a man.

King’s fictional treatment of this experience in his novella “Hearts in Atlantis” (reprinted in this volume) tracks his youthful avatar, Peter Riley, through the awakenings and heartbreak of his turbulent first year at UMaine. In his accompanying essay, “Five to One, One in Five,” written expressly for this volume, King sheds his fictional persona and takes on the challenge of a nonfiction return to his undergraduate experience. The stereoscopic combination of these narratives, told with King’s characteristic blend of canny insight and self-deprecating humor, create a revealing portrait of the artist as young man and a ground-level tableau of this highly charged time.

In addition, twelve fellow students and friends from King’s college days contribute personal narratives recalling their own experience of those years. These recollections—engaged, irreverent, and affecting—bring dimension and texture to the collective witnessing of a formative time in their lives and a defining moment in the country’s history.

This book also includes four installments of King’s never-before-reprinted student newspaper column, “King’s Garbage Truck.” These lively examples of King’s damn-the-torpedoes style, entertaining and shrewd in their youthful perceptions, more than hint at a talent about to take its place in the American literary landscape.

A gallery of period photographs and documents augments this volume.

ABOUT THE AUTHOR AND EDITOR

Stephen King is the author of more than fifty books—all of them bestsellers. His recent work includes Mr. Mercedes, Revival, Doctor Sleep, Finders Keepers, and Under the Dome, a major TV series on CBS. His novel 11/22/63 was named a top ten book of 2011 by the New York Times Book Review, and it was awarded the Los Angeles Times Book Prize for Mystery/Thriller as well as the Best Hardcover Novel Award from the International Thriller Writers. He is the recipient of the 2003 National Book Foundation Medal for Distinguished Contribution to American Letters. In 2015 President Barack Obama presented King with the National Medal of Arts for his contributions to literature. Stephen King lives in Bangor, Maine, with his wife, novelist Tabitha King.

Jim Bishop taught Stephen King, among many other talented students, as an instructor of English at the University of Maine in the late ’60s. He left UMaine in 1971, traveled in Europe, lived in a lighthouse on the Maine coast, published a book of his poetry, Mother Tongue (Contraband Press, 1975), and held several nonacademic jobs. He has conducted poetry workshops in prisons and mental health centers in Maine and has taught as a Poet in Schools (K–12) in several public schools through programs sponsored by the National Endowment for the Arts. He returned to the University of Maine in the ’80s, where he served as a lecturer in English and shepherded the creation of a Franco-American Studies program. He is retired and lives with his wife Joanna Young in Bangor, Maine.

VERY FINE GUARANTEED . As New. A wonderful bright clean copy with square and tight spine. No markings, writings, or stamps. The pages are clean and without any scuffs, marks, dents, etc. No bookplates attached or indication of any removed. Clear spine titles. The dust-jacket is now protected in brand new Mylar covering. Unread book.