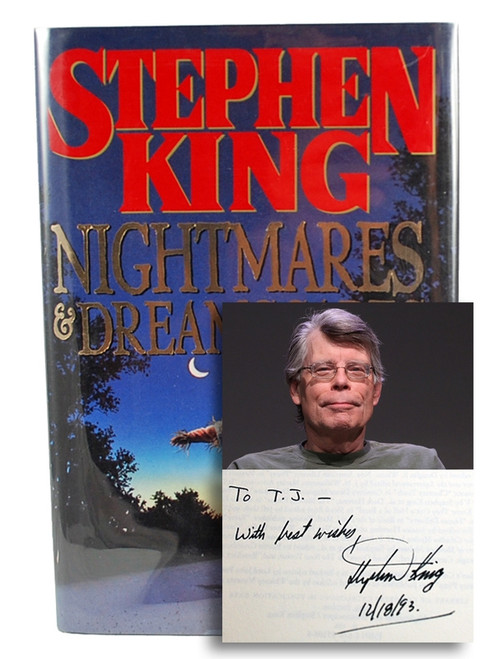 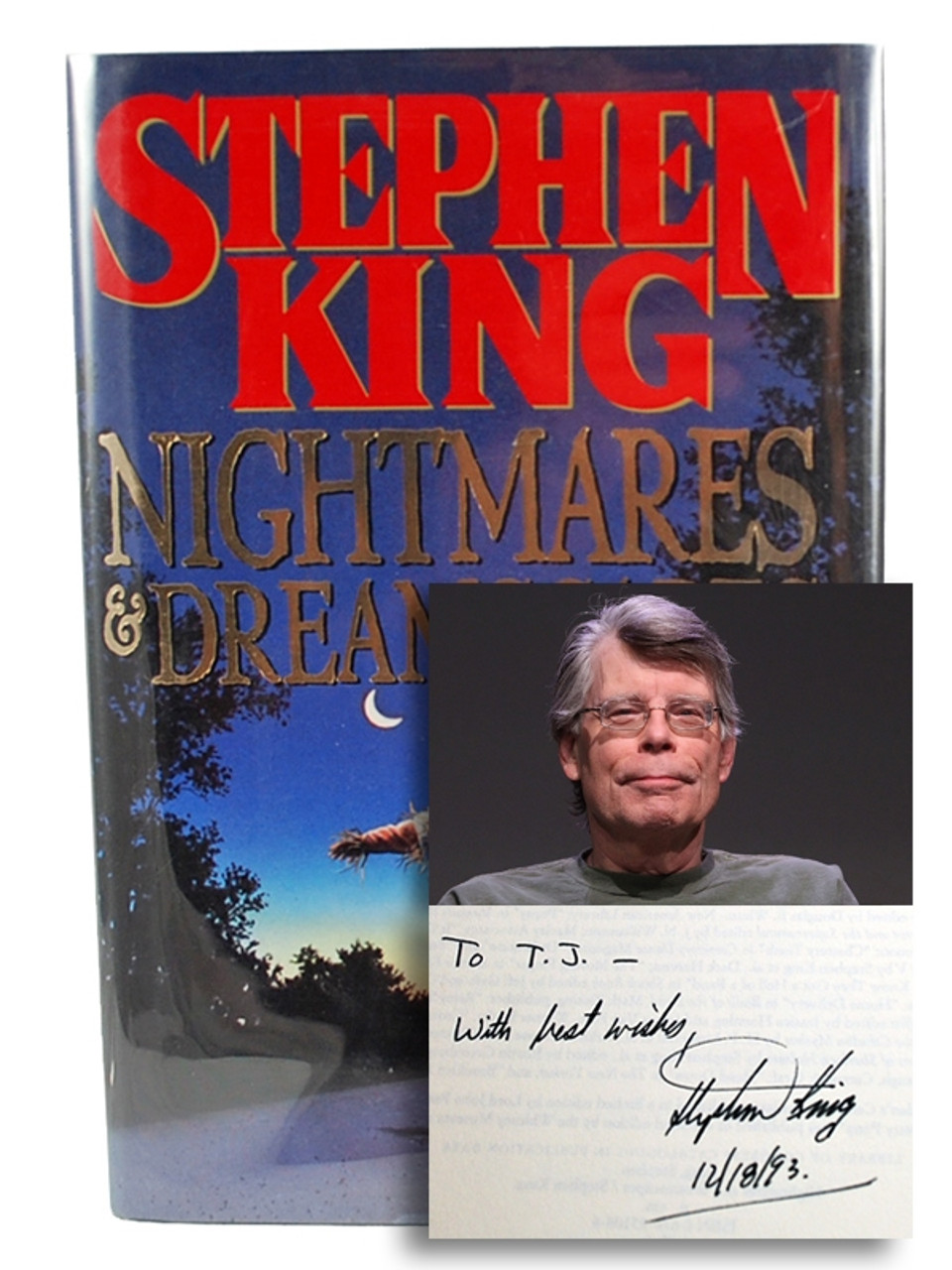 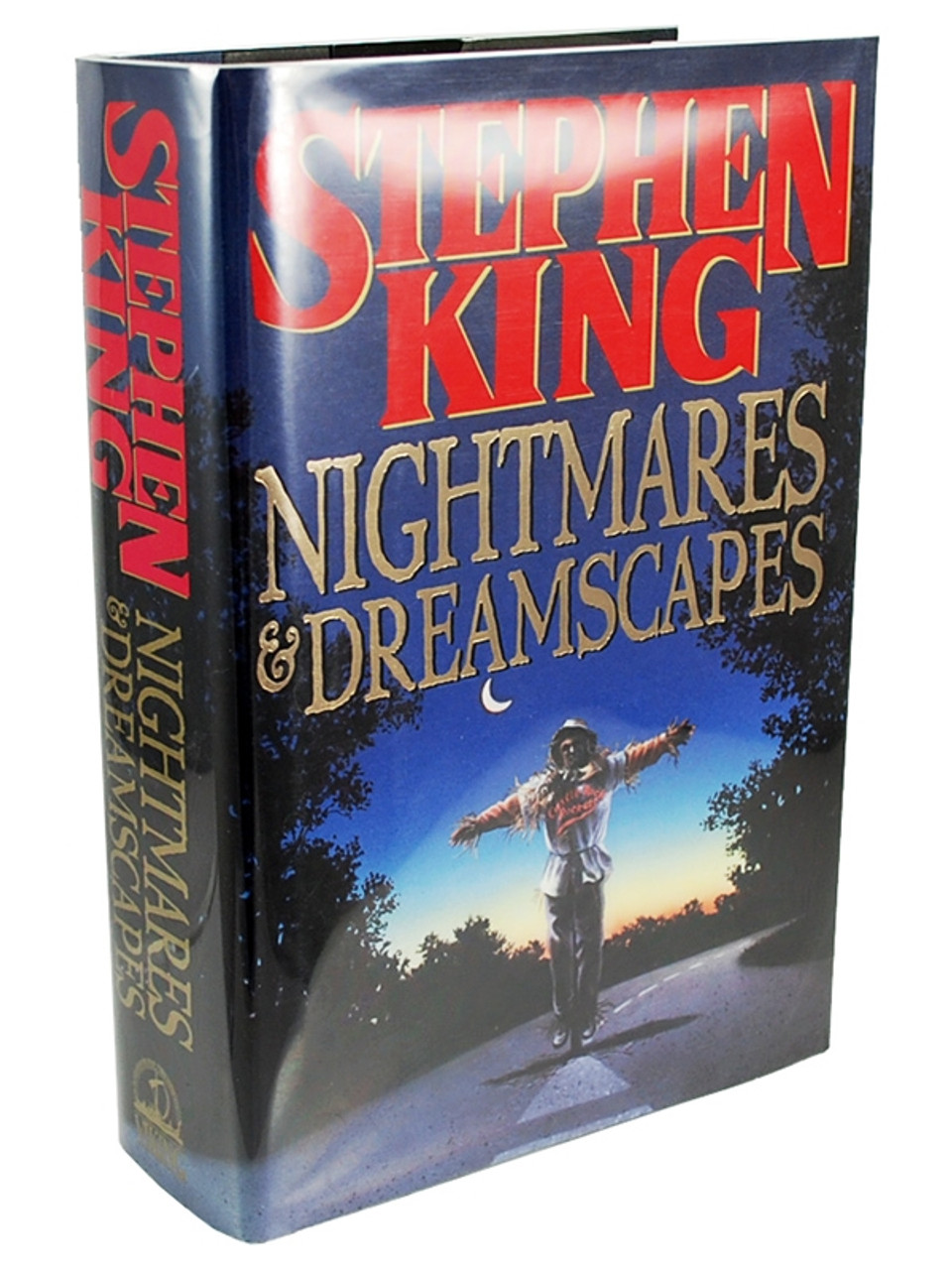 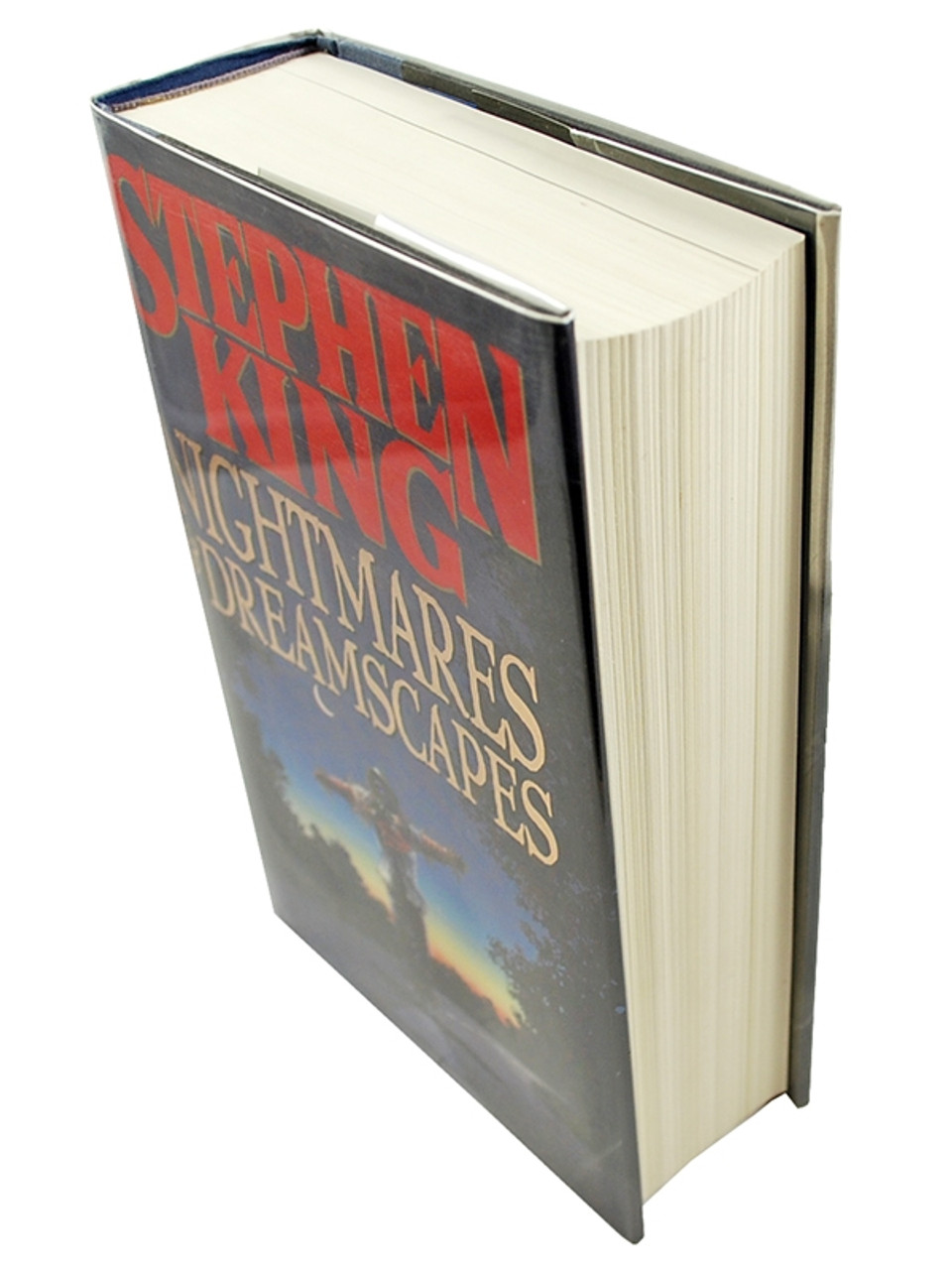 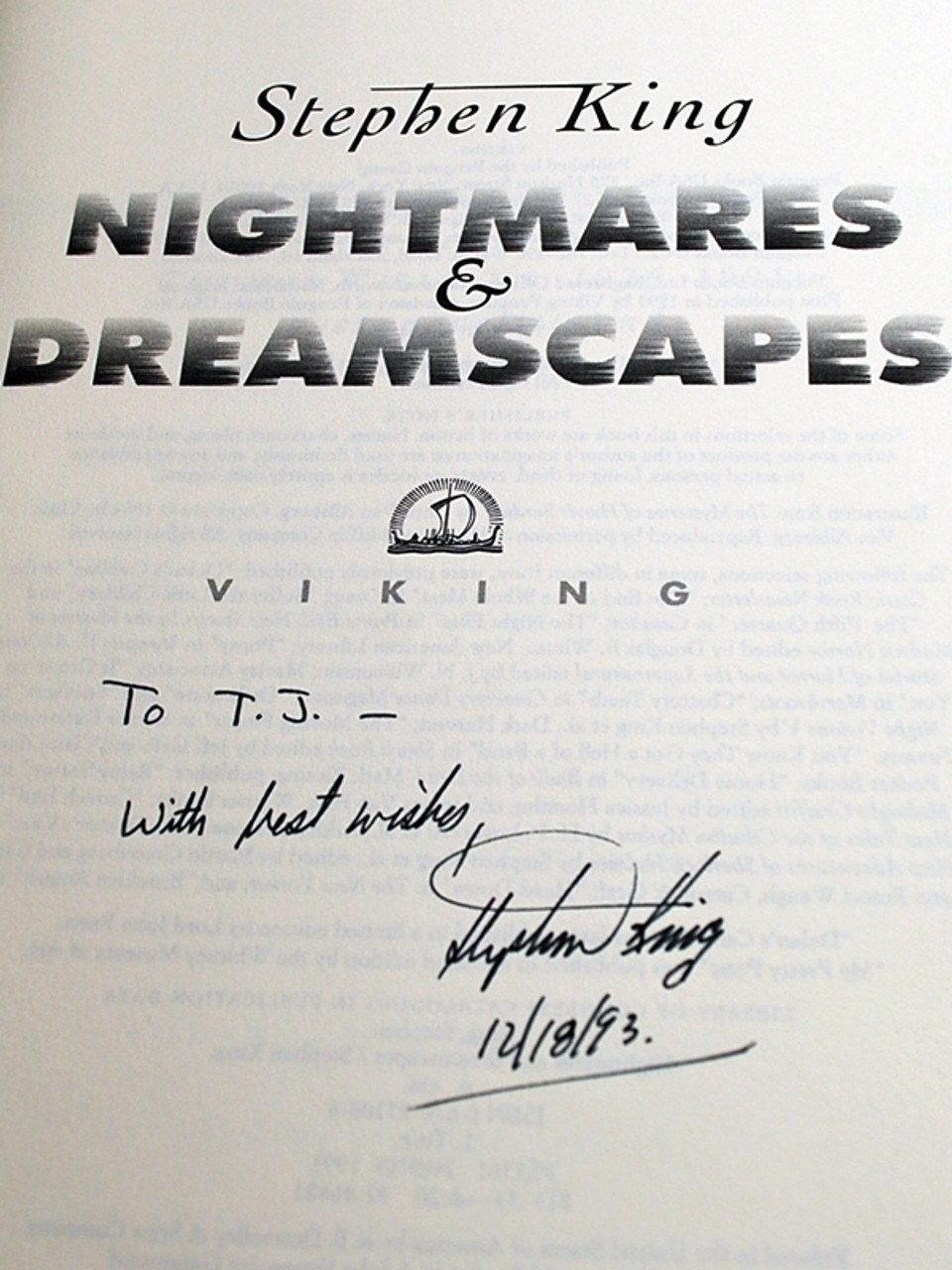 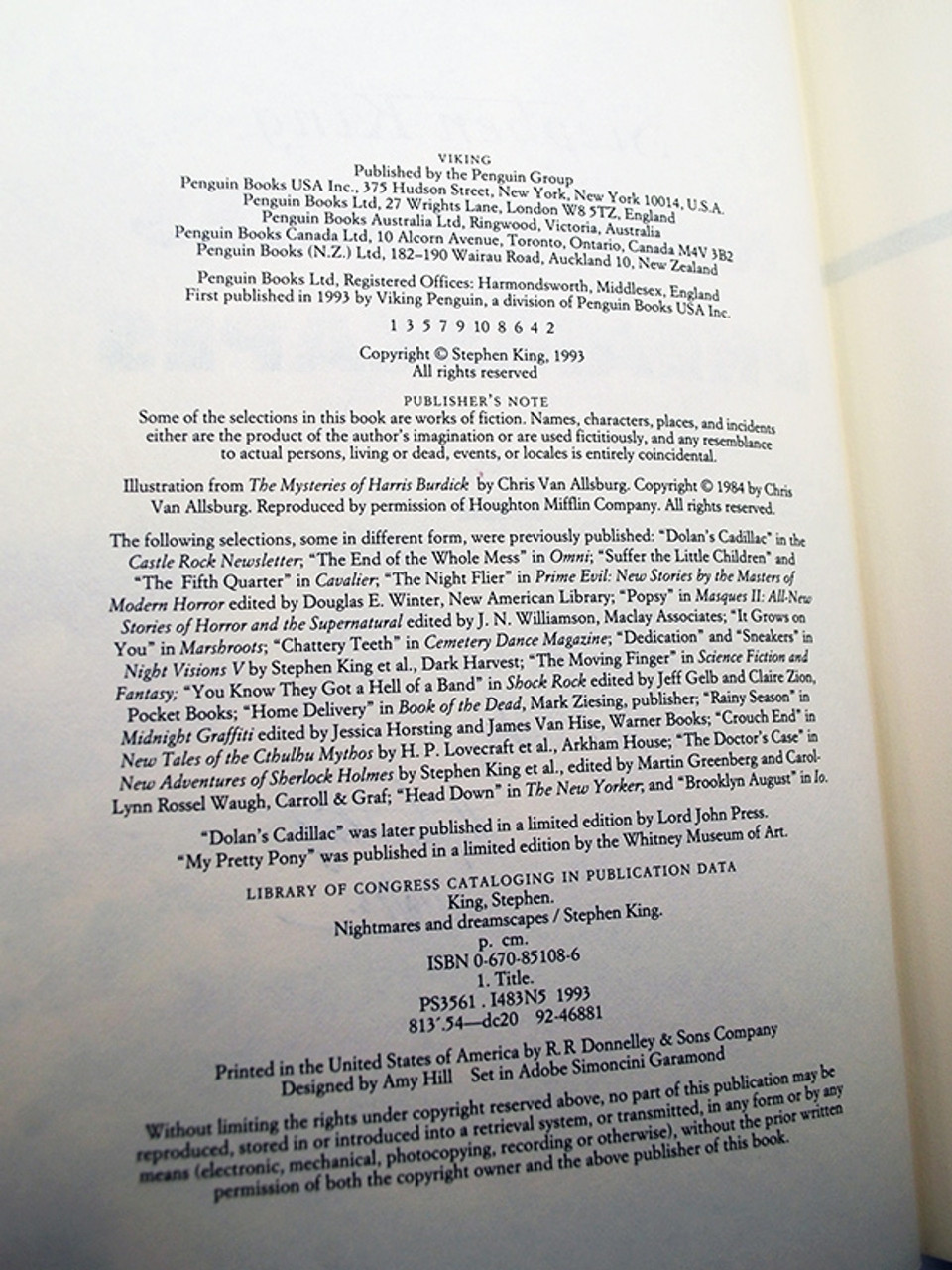 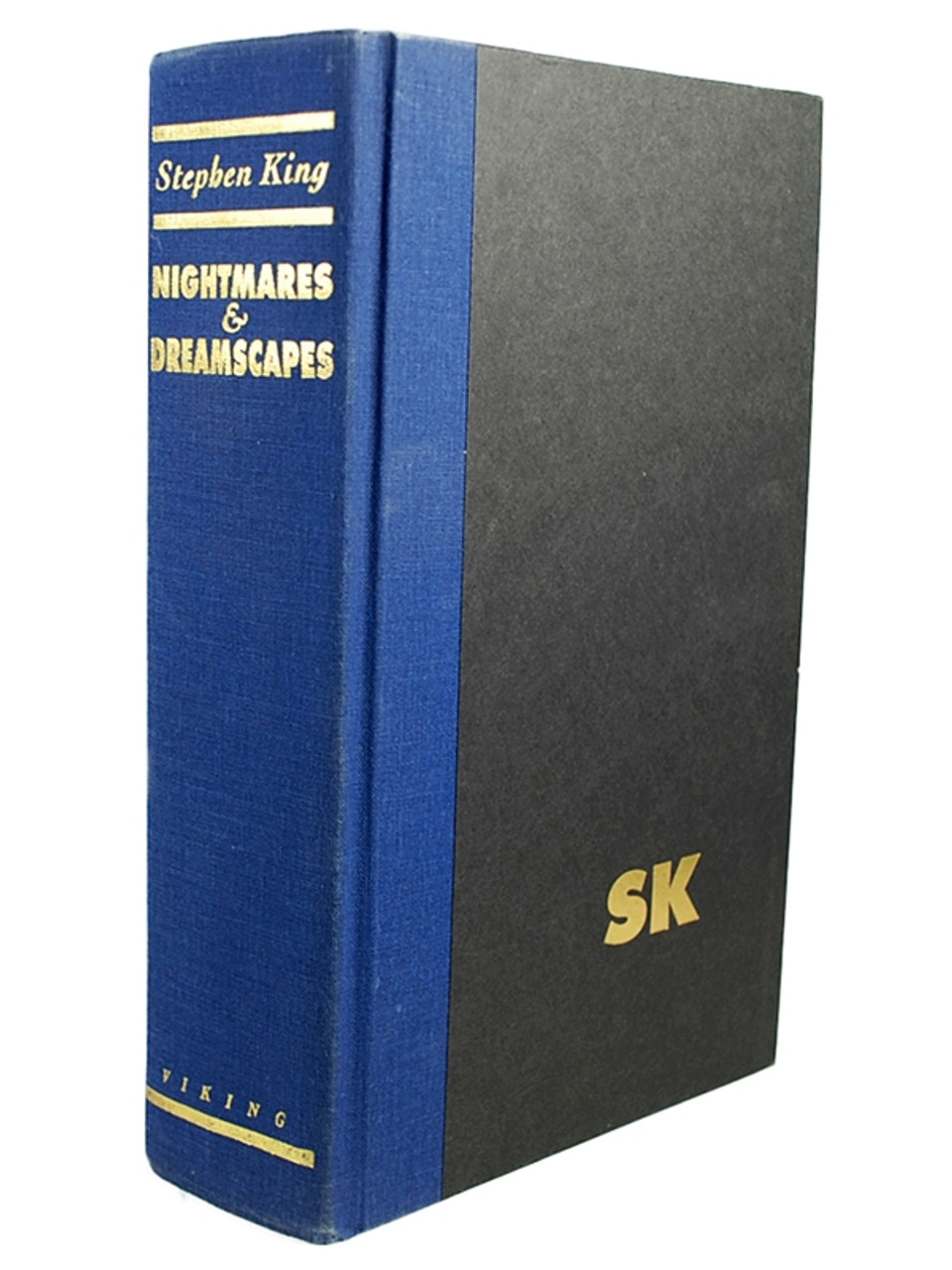 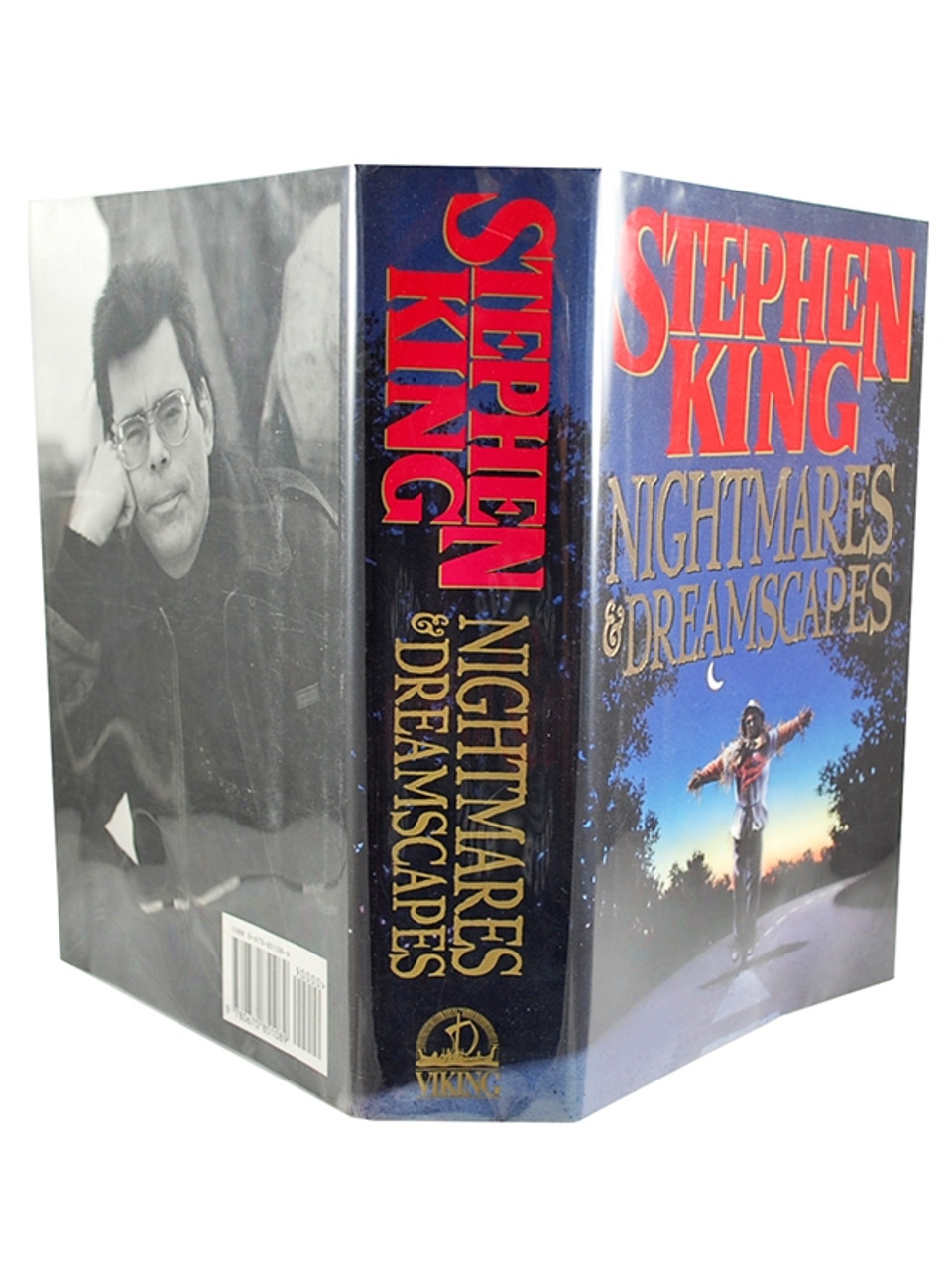 A Unique Addition to Your Stephen King Library


New York, Viking 1993. Stephen King "Nightmares & Dreamscapes". A first printing, personally signed and dated by Stephen King directly onto the title page with a personal inscription. This book contains all the First Edition, First Printing issue points, including $27.50 on the un-clipped dust jacket and full number line on the copyright page, 1 3 5 7 9 10 8 6 4 2.

A period-correct autograph. Personally hand signed by King directly onto the title page:

Many people who write about horror literature maintain that mood is its most important element. Stephen King disagrees: "My deeply held conviction is that story must be paramount.... All other considerations are secondary--theme, mood, even characterization and language."

These fine stories, each written in what King calls "a burst of faith, happiness, and optimism," prove his point. The theme, mood, characters, and language vary, but throughout, a sense of story reigns supreme. Nightmares & Dreamscapes contains 20 short tales--including several never before published--plus one teleplay, one poem, and one nonfiction piece about kids and baseball that appeared in the New Yorker. The subjects include vampires, zombies, an evil toy, man-eating frogs, the burial of a Cadillac, a disembodied finger, and a wicked stepfather.

The style ranges from King's well-honed horror to a Ray Bradbury-like fantasy voice to an ambitious pastiche of Raymond Chandler and Ross MacDonald. And like a compact disc with a bonus track, the book ends with a charming little tale not listed in the table of contents--a parable called "The Beggar and the Diamond."

Fine/Fine. Free of any marks, writings, or stamps. No bookplates attached or indication of any removed. No bumped corners. A wonderful bright clean copy with the original price on the dust-jacket that is now protected in an archival Mylar sleeve.