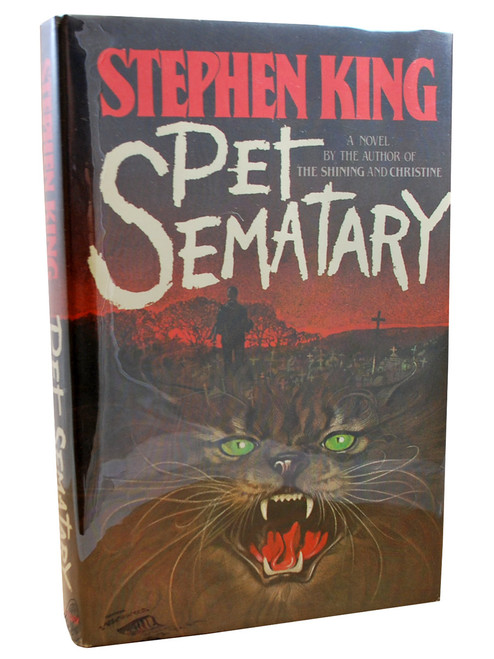 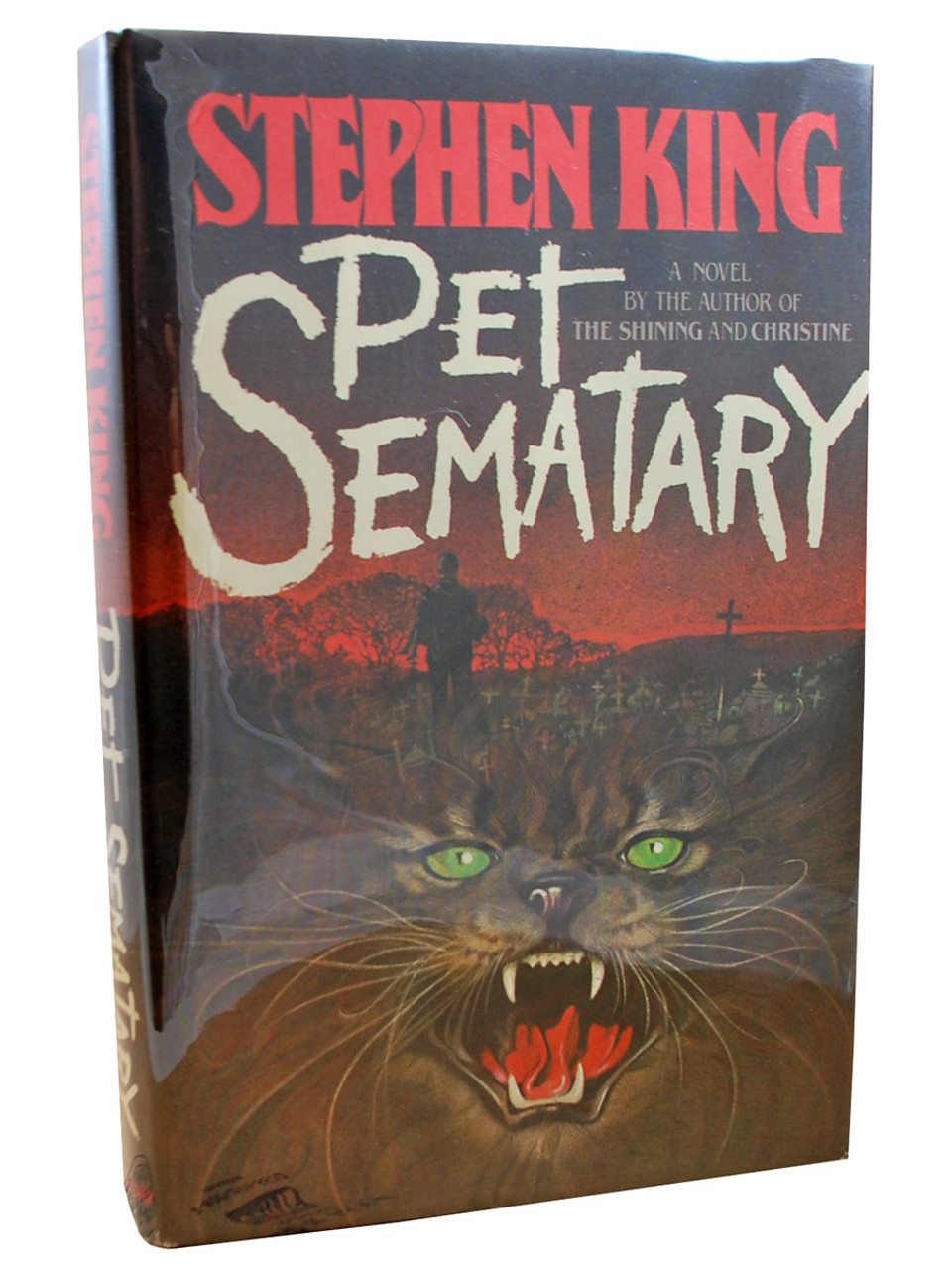 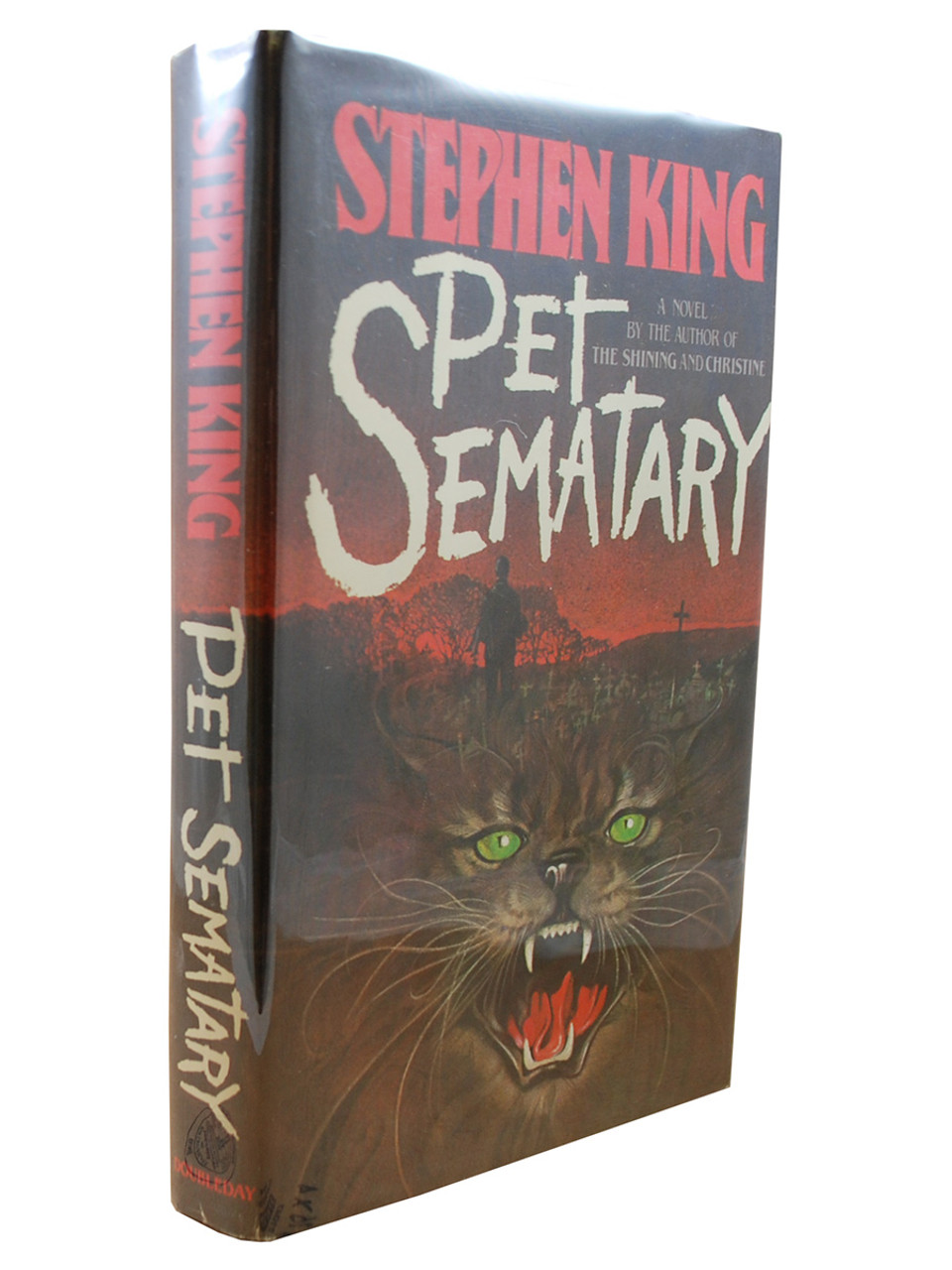 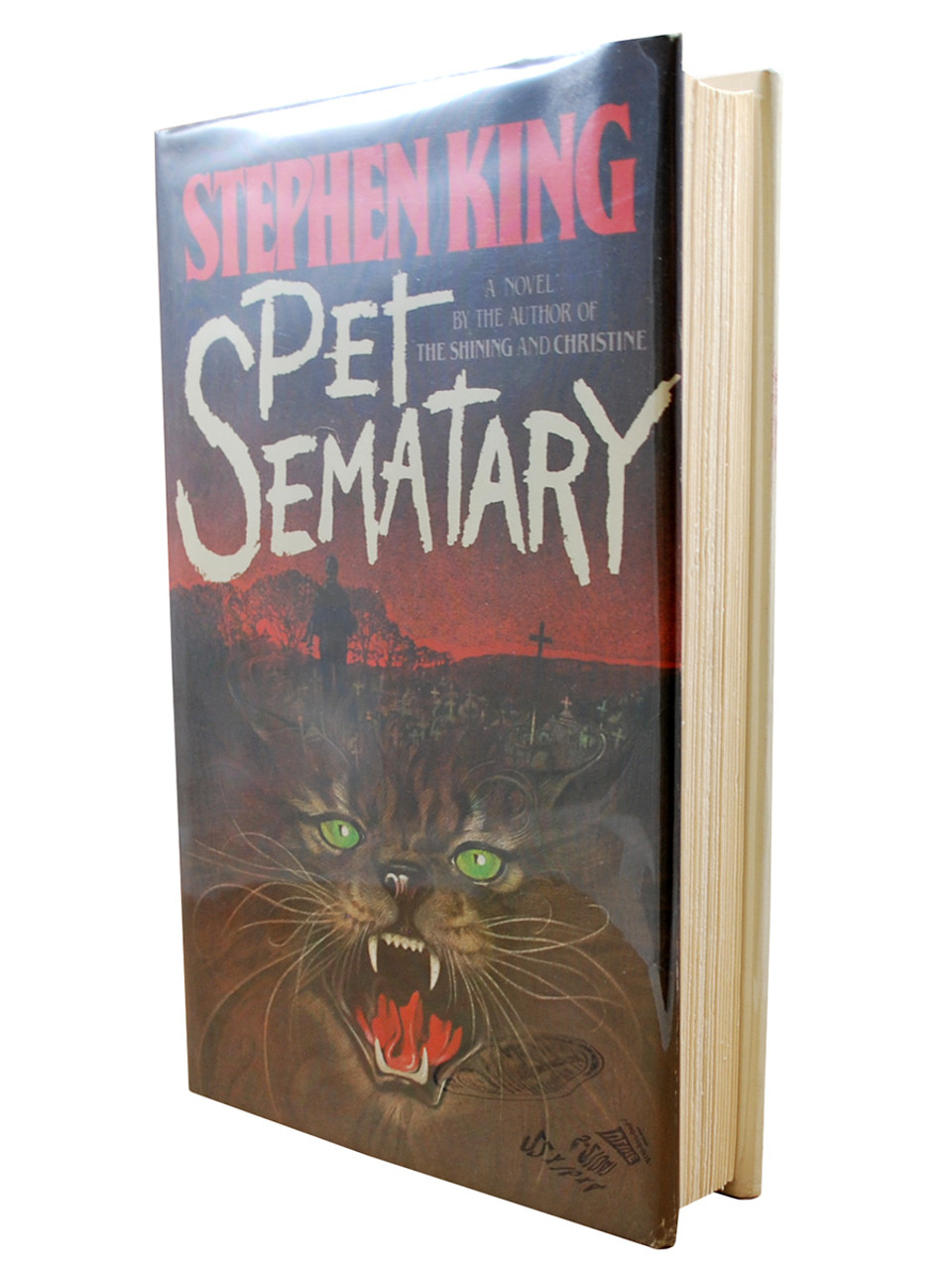 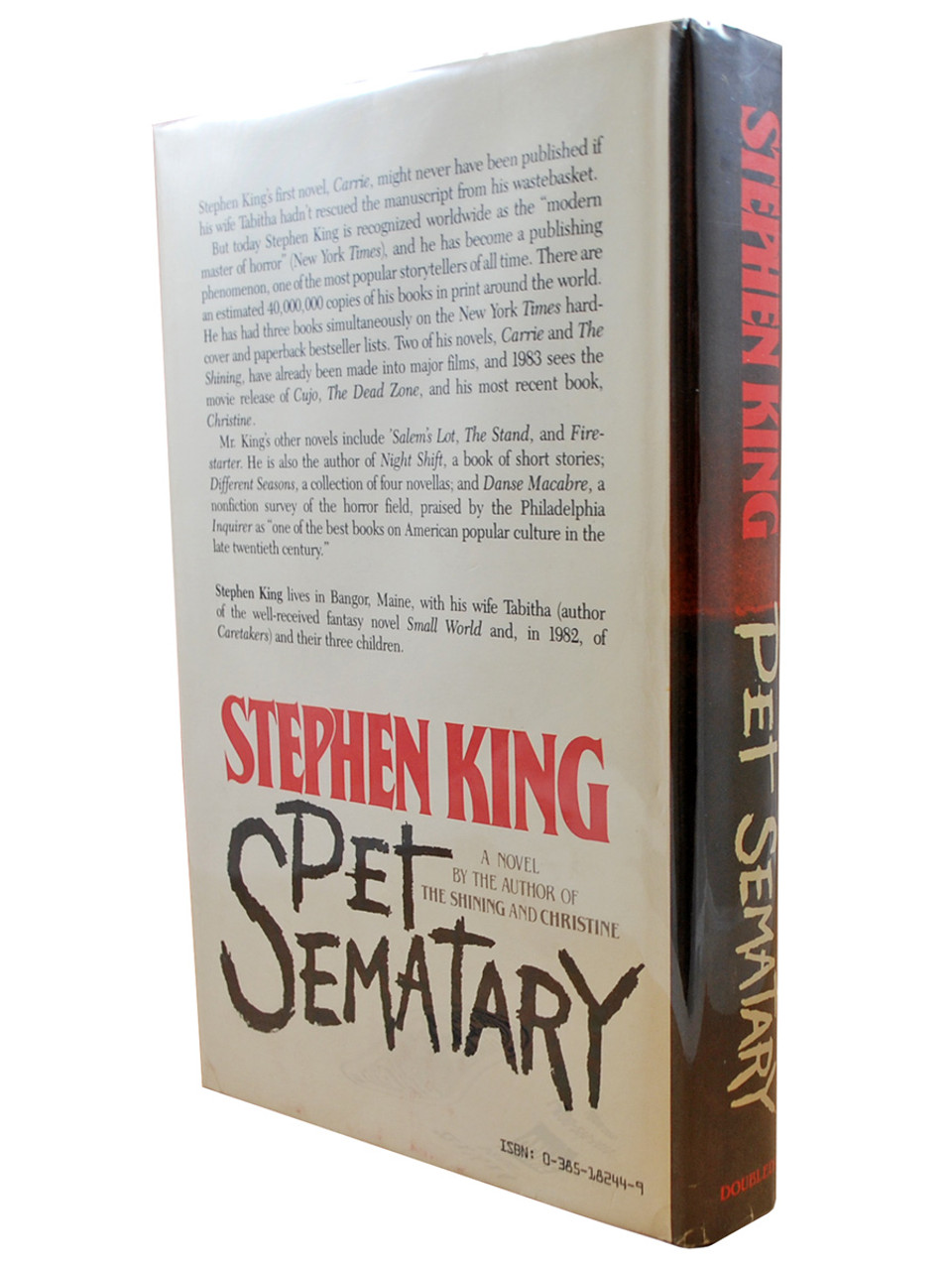 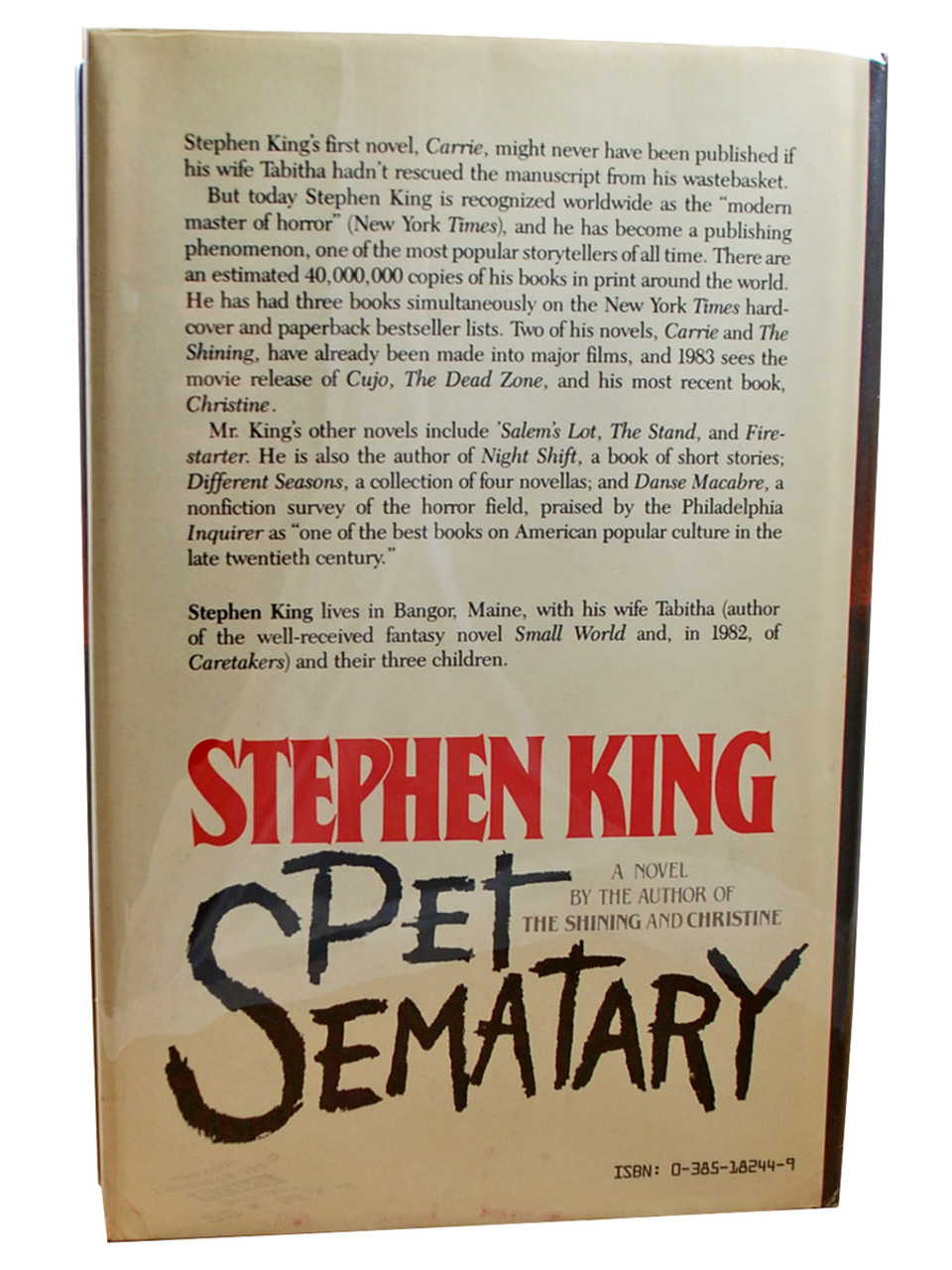 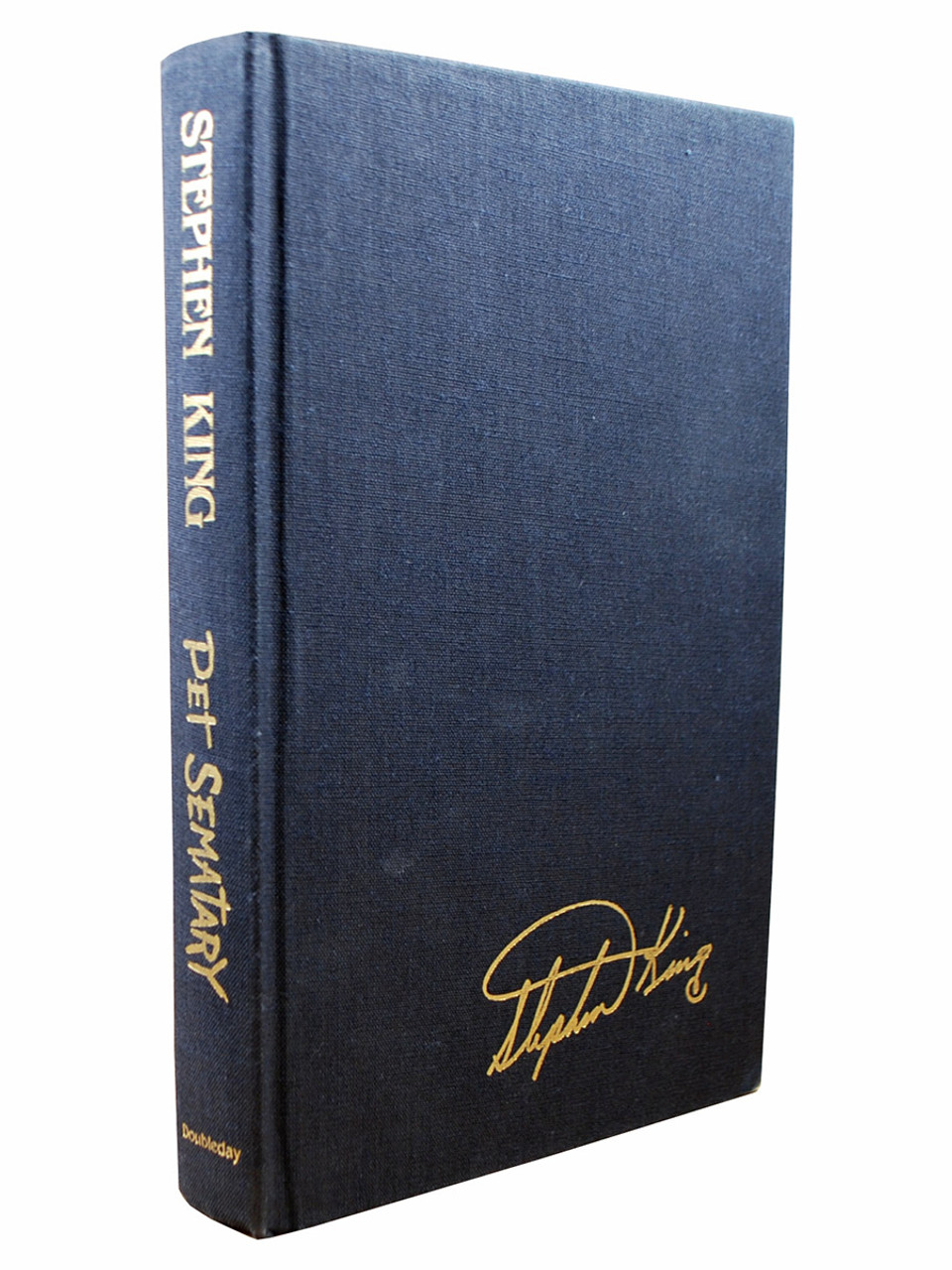 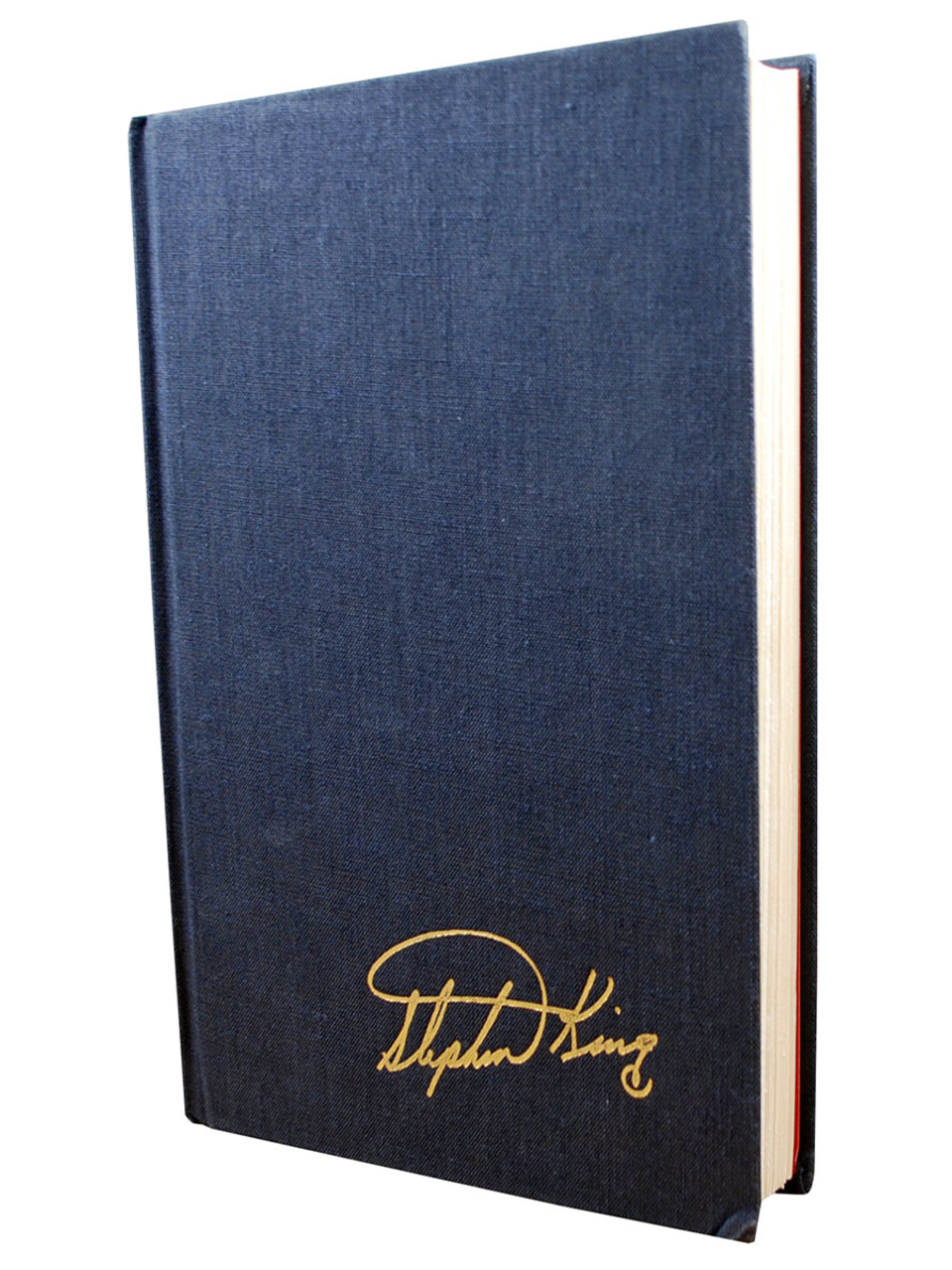 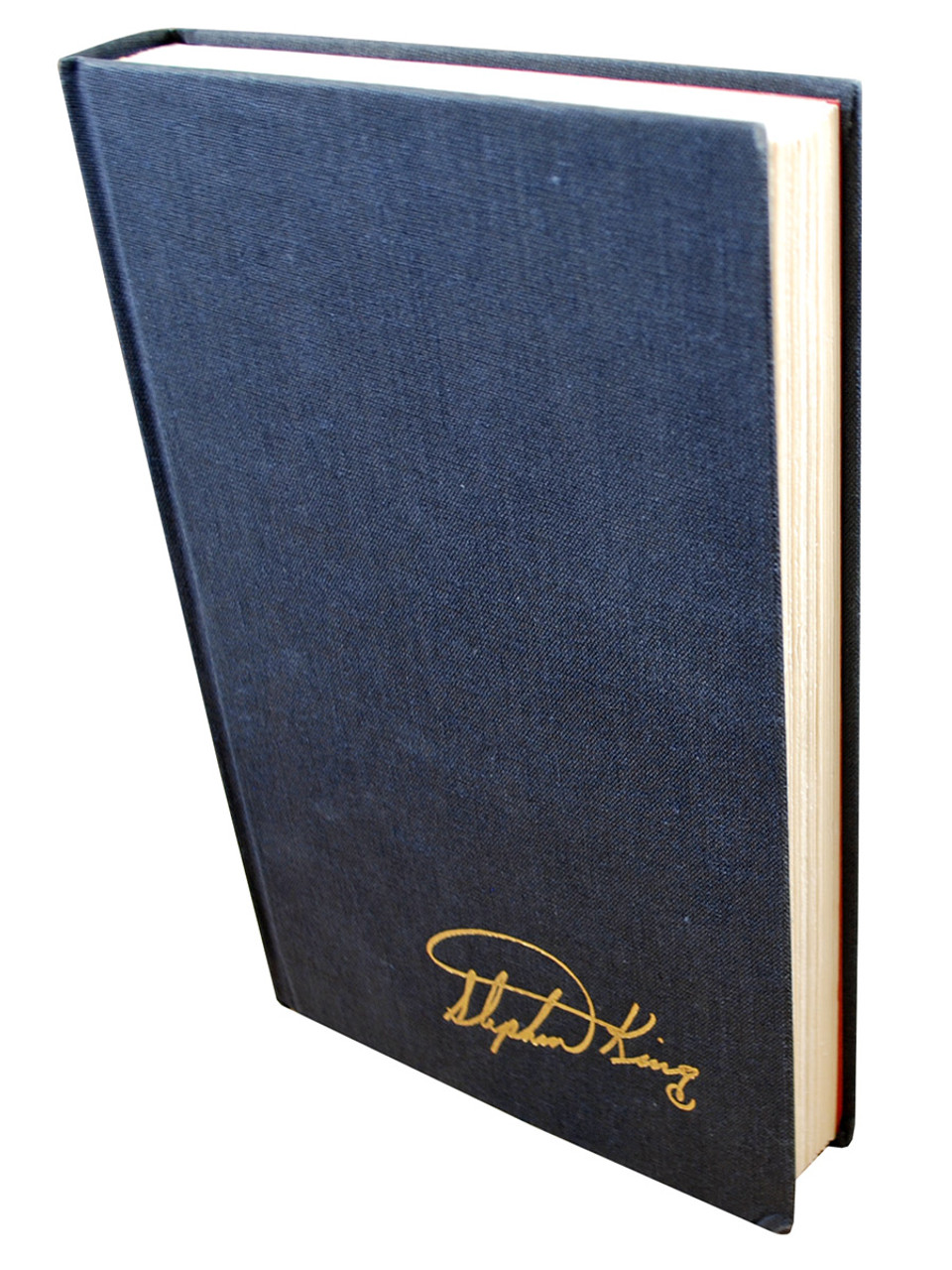 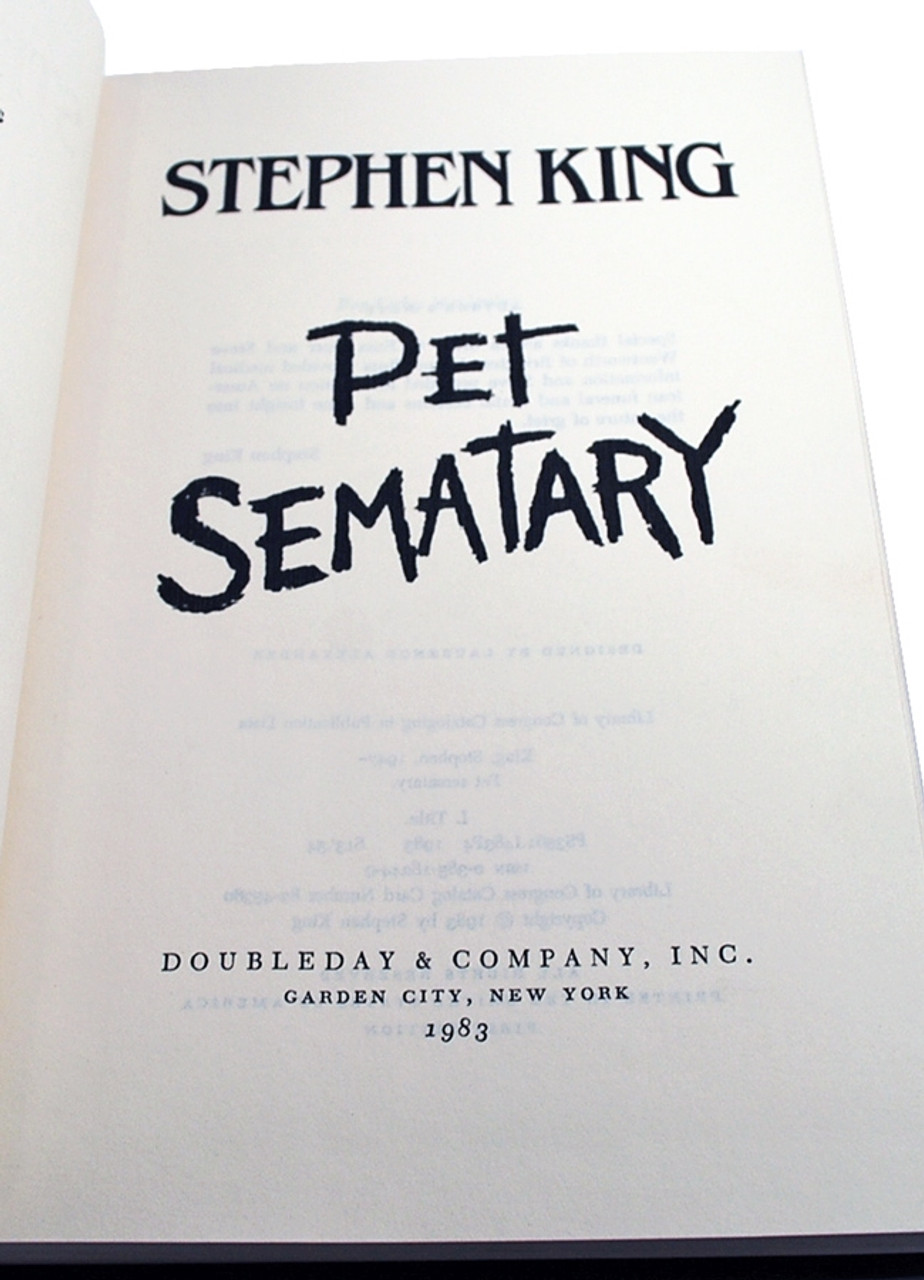 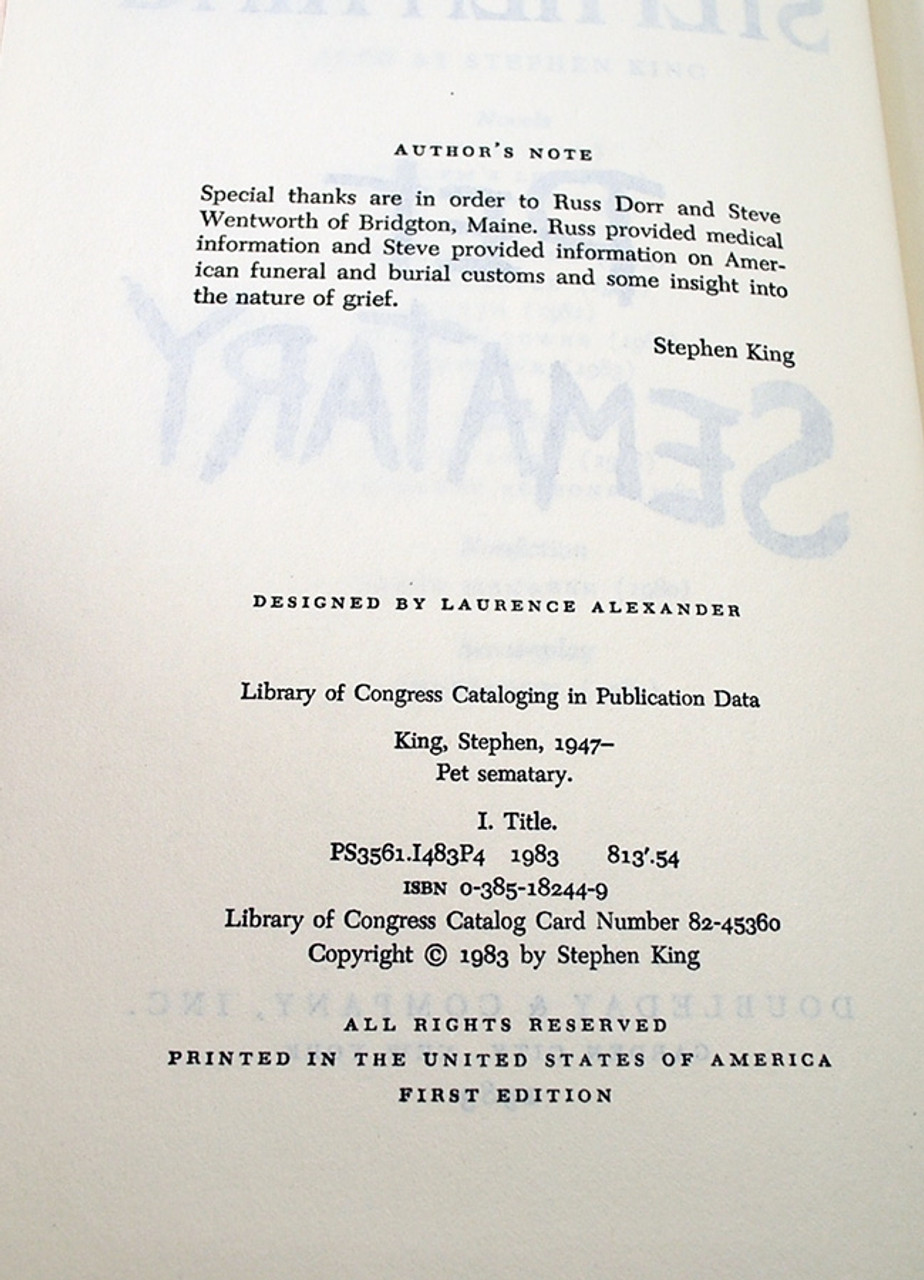 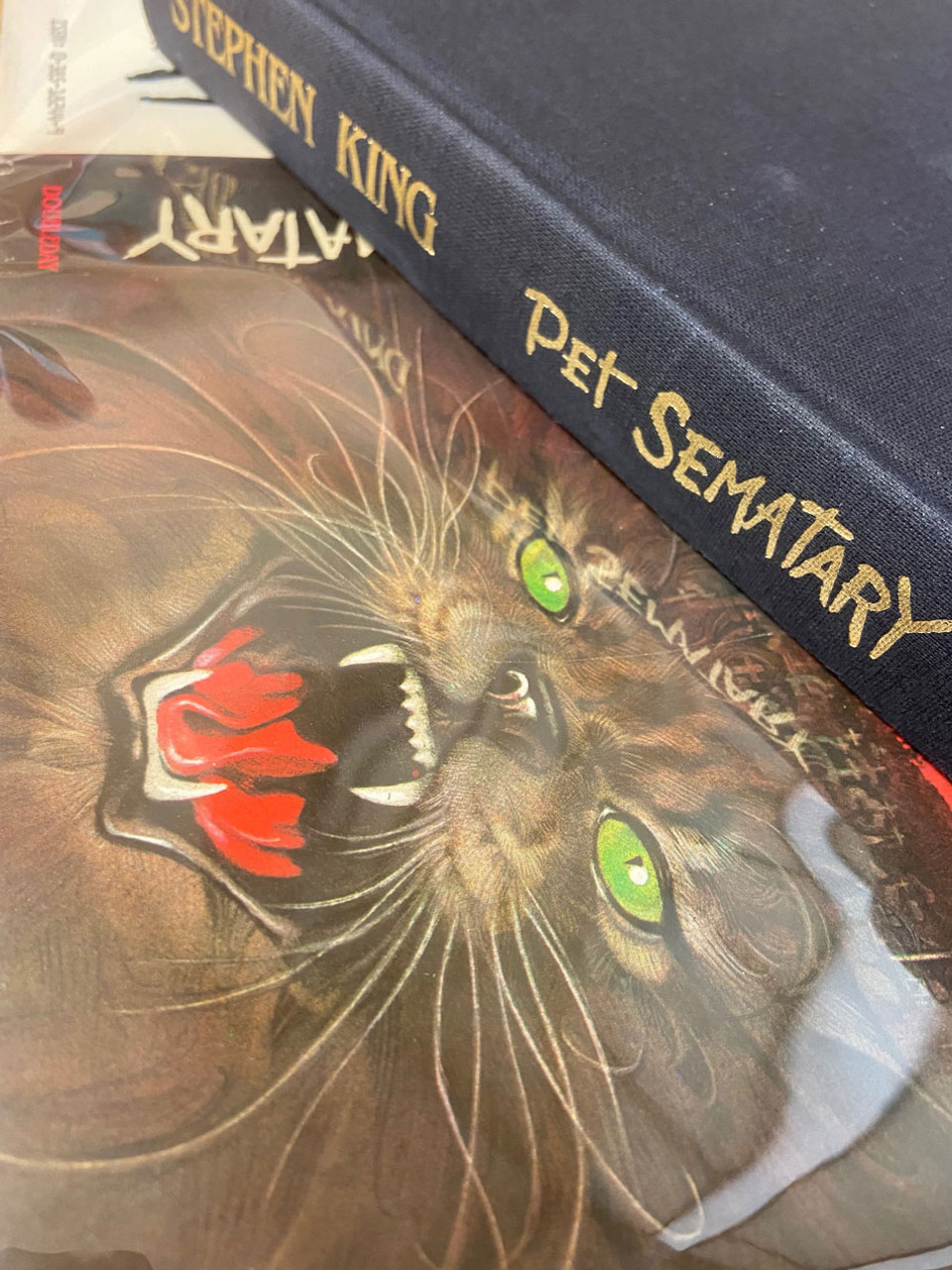 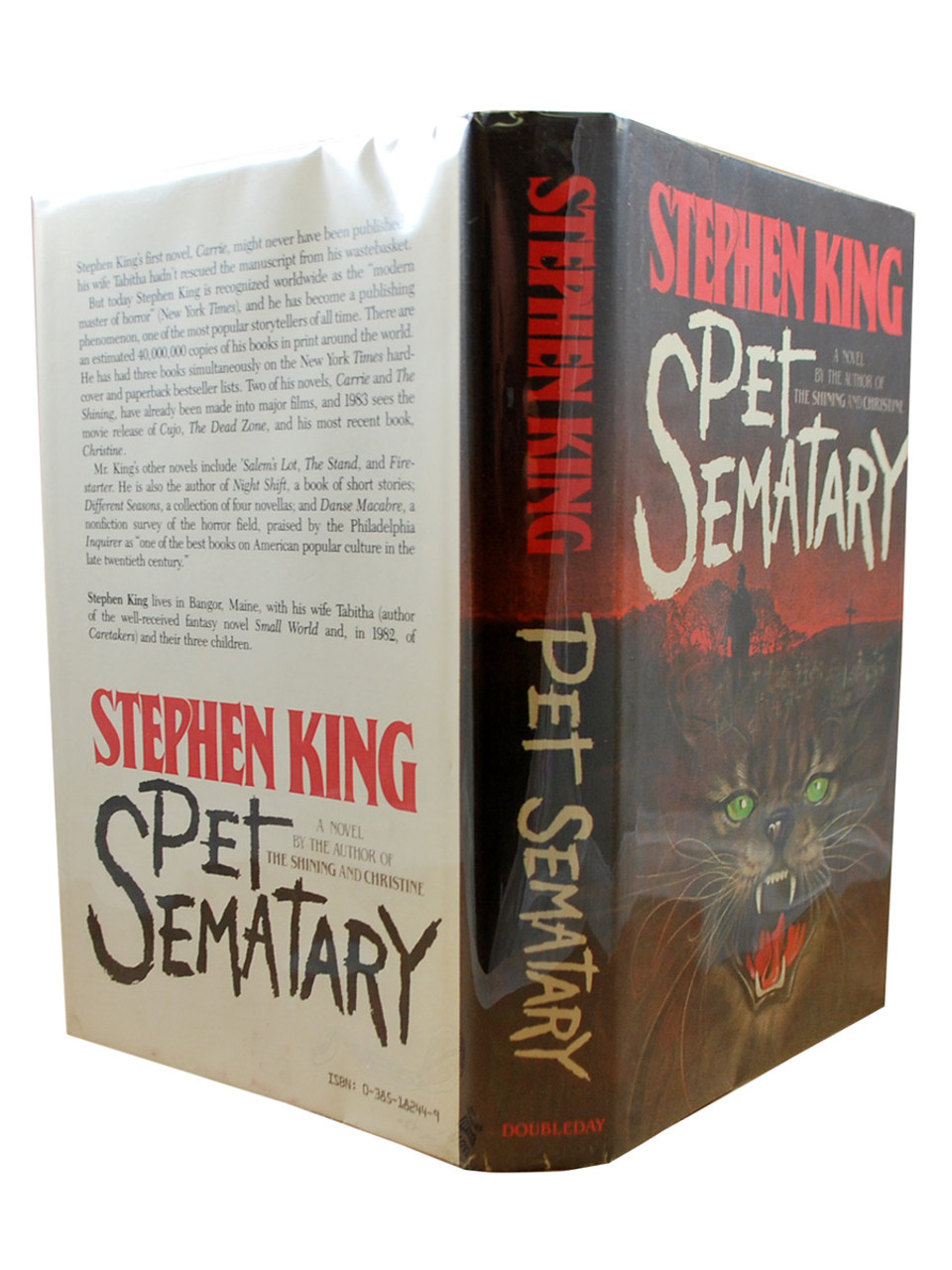 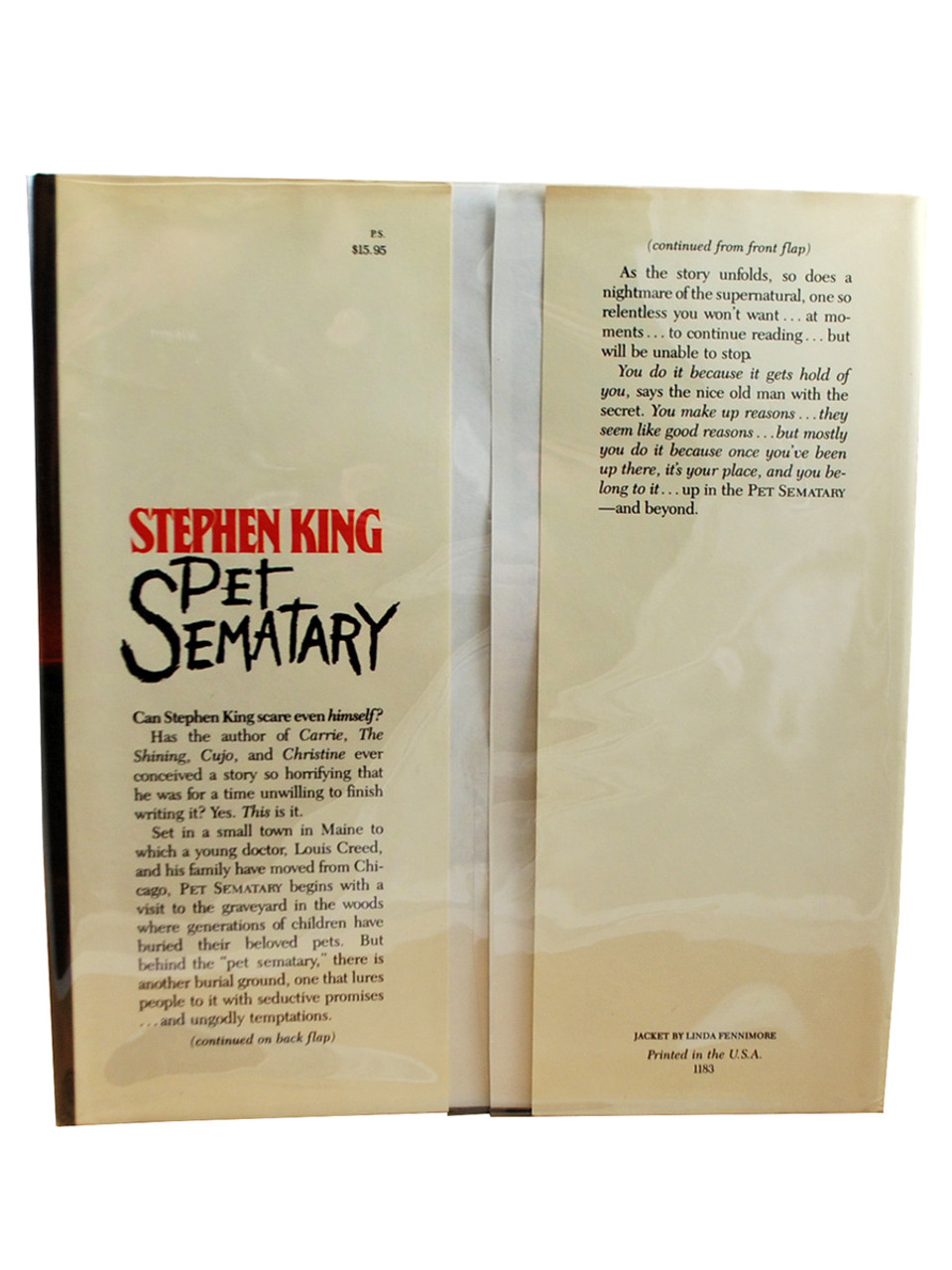 Doubleday 1983. Stephen King "Pet Sematary". US First Edition, First Printing. First published in 1983, Pet Sematary has since been regarded as one of Stephen King's most frightening and controversial novels. Daring to cross the boundaries of conventional fiction, King has woven a tale so fundamentally startling that he himself was hesitant for it to see the light of day upon its completion. A multilayered examination into the nature of untimely death, shattering loss, and utter desperation, Pet Sematary tears asunder the very fabric connecting our seemingly normal world and the afterlife...leaving readers with an awful truth too haunting to forget.

Pet Sematary is a 1983 horror novel by American writer Stephen King. The novel was nominated for a World Fantasy Award for Best Novel in 1986, and adapted into two films: one in 1989 and another in 2019. In November 2013, PS Publishing released Pet Sematary in a limited 30th-anniversary edition. 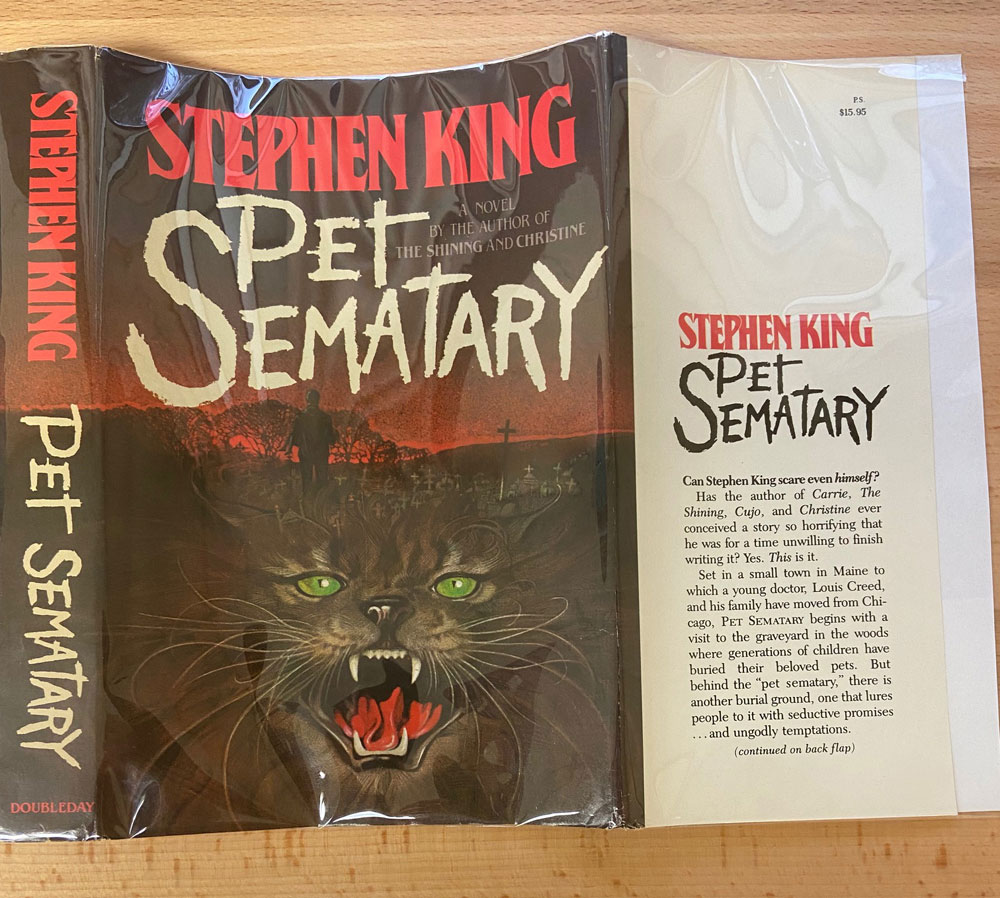 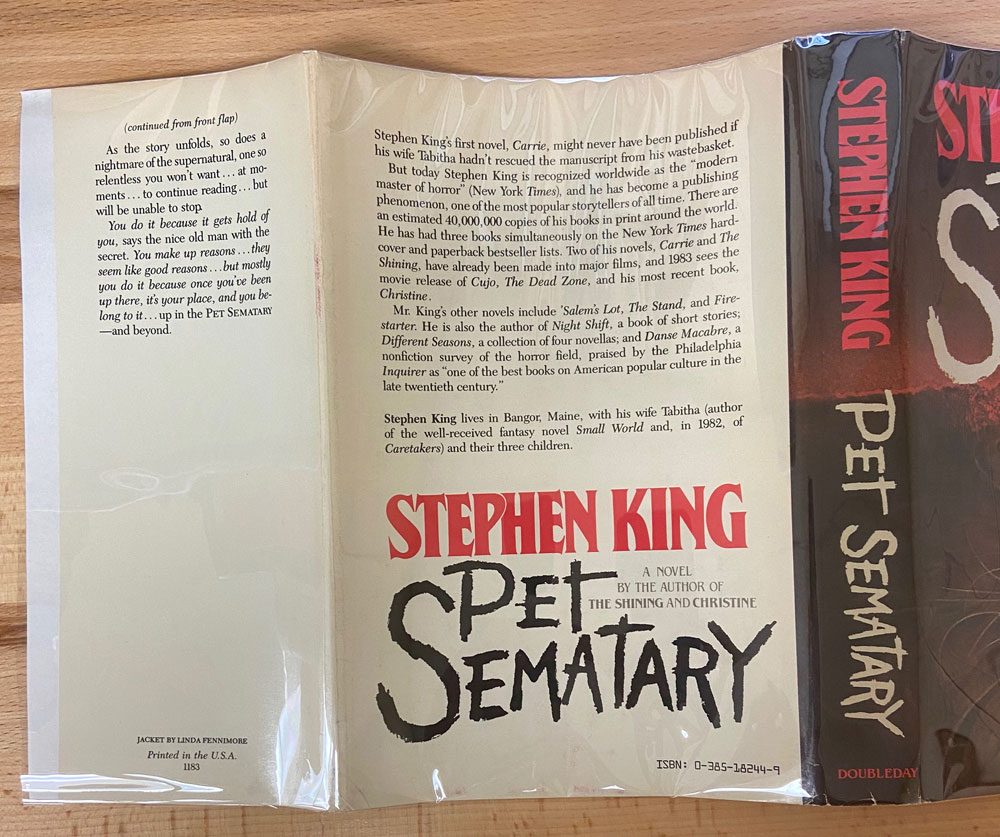 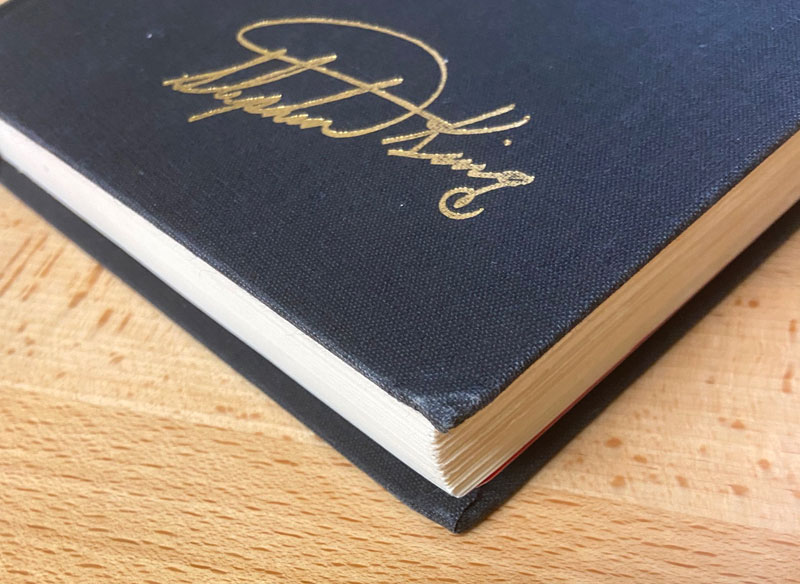 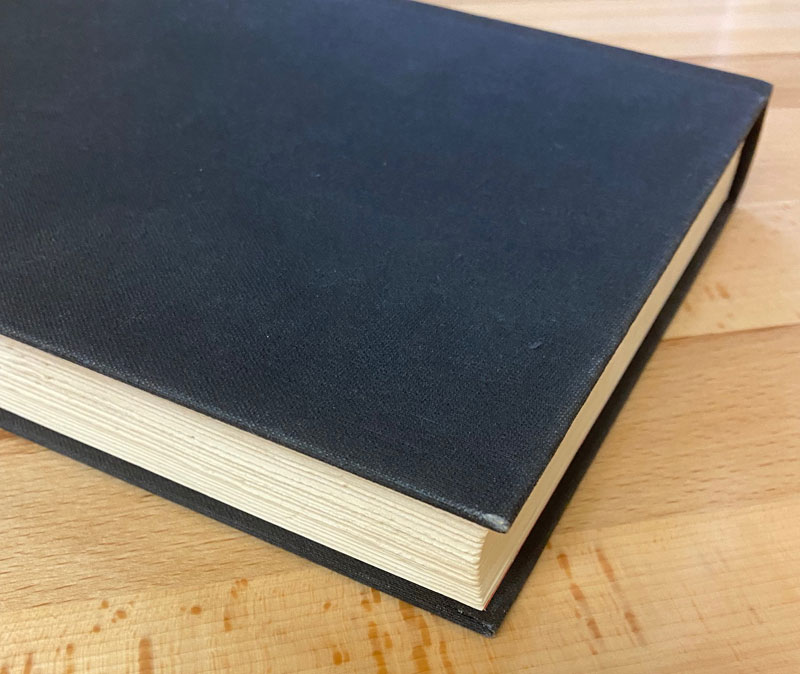 When Dr. Louis Creed takes a new job and moves his family to the idyllic rural town of Ludlow, Maine, this new beginning seems too good to be true. Despite Ludlow’s tranquility, an undercurrent of danger exists here. Those trucks on the road outside the Creed’s beautiful old home travel by just a little too quickly, for one thing…as is evidenced by the makeshift graveyard in the nearby woods where generations of children have buried their beloved pets. Then there are the warnings to Louis both real and from the depths of his nightmares that he should not venture beyond the borders of this little graveyard where another burial ground lures with seductive promises and ungodly temptations. A blood-chilling truth is hidden there—one more terrifying than death itself, and hideously more powerful. As Louis is about to discover for himself sometimes, dead is better…

"Publishers Weekly"
The most frightening novel Stephen King has ever written.

A stunner....King gets you to believe the unbelievable.

"Detroit News" A stunner....King gets you to believe the unbelievable.

"Publishers Weekly" The most frightening novel Stephen King has ever written.

"Sometimes dead is better...".
When the Creeds move into a beautiful old house in rural Maine, it all seems too good to be true: physician father, beautiful wife, charming little daughter, adorable infant son -- and now an idyllic home. As a family, they've got it all...right down to the friendly cat.

But the nearby woods hide a blood-chilling truth -- more terrifying than death itself...and hideously more powerful.

Stephen Edwin King (born September 21, 1947) is an American author of horror, supernatural fiction, suspense, science fiction and fantasy. His books have sold more than 350 million copies, many of which have been adapted into feature films, miniseries, television series, and comic books. King has published 58 novels, including seven under the pen name Richard Bachman, and six non-fiction books. He has written around 200 short stories, most of which have been published in book collections.
NEAR FINE+ hardcover book, which appears unread with a square and tight spine. A wonderful bright clean copy free of markings, writings, or stamps. No bookplates attached or signs of any removed. Two of the corners are mildly bumped as shown. Bright lettering on spine is not faded.

Near Fine+ dust-jacket with some light edge-wear to extremities. No closed or open tears. Bright graphics. The dust-jacket is now protected in a brand new archival acid-free Mylar sleeve. Not price-clipped. Photos of actual item.