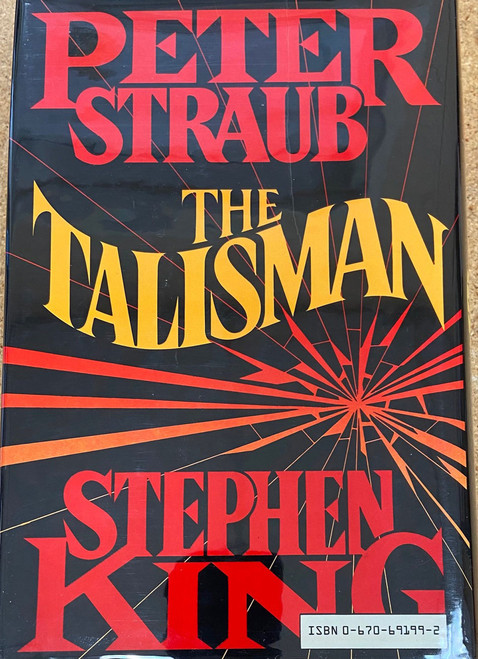 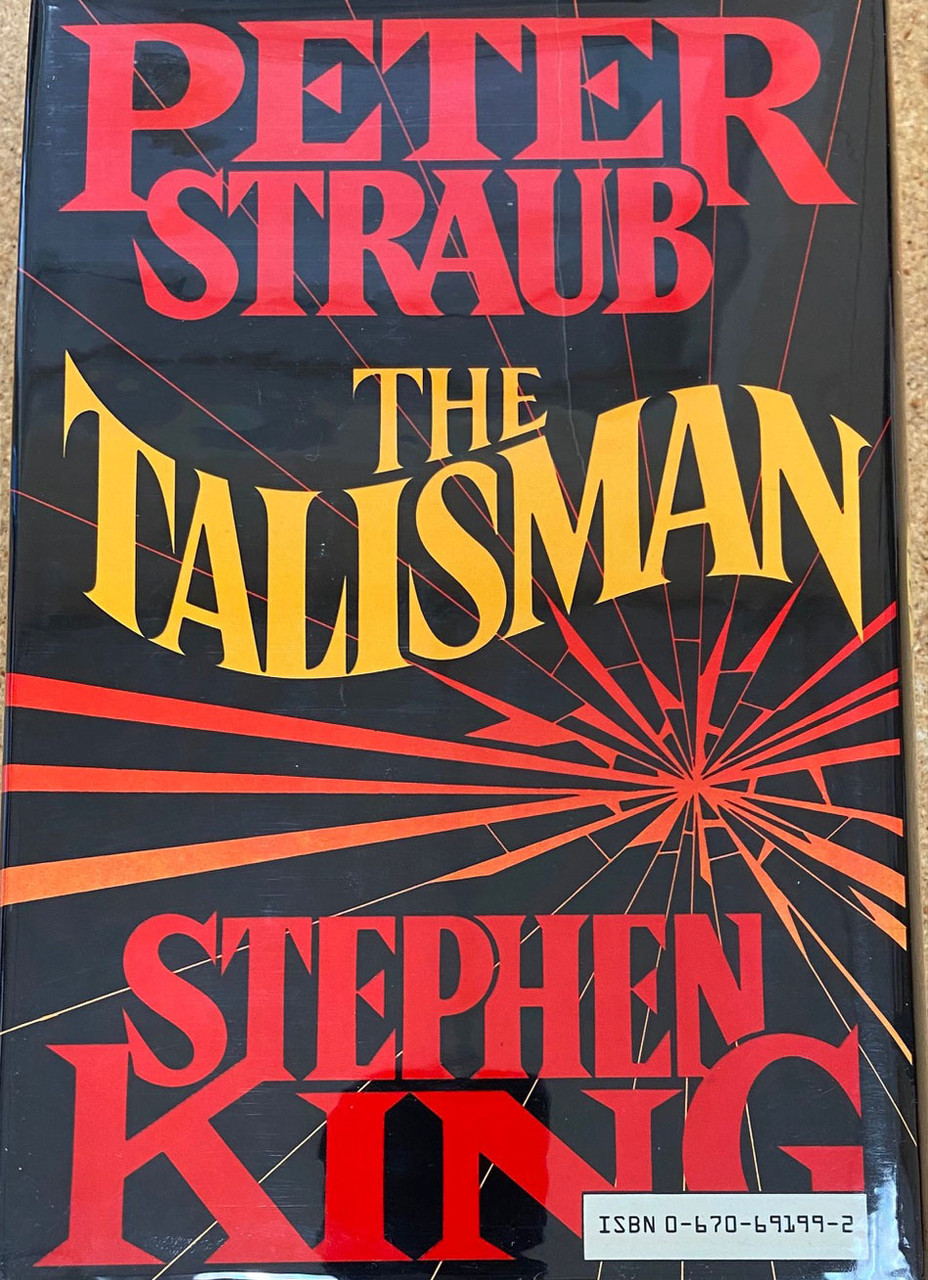 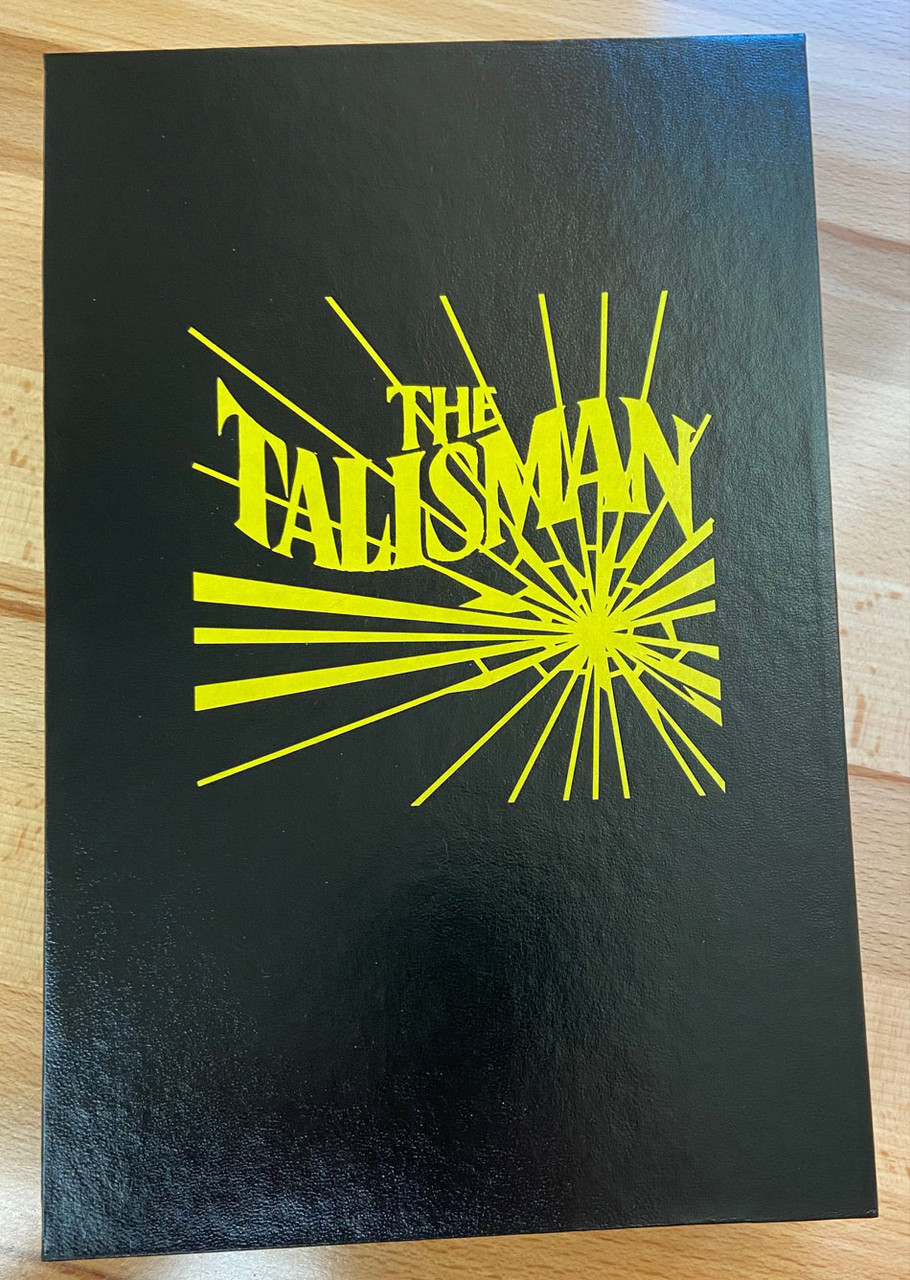 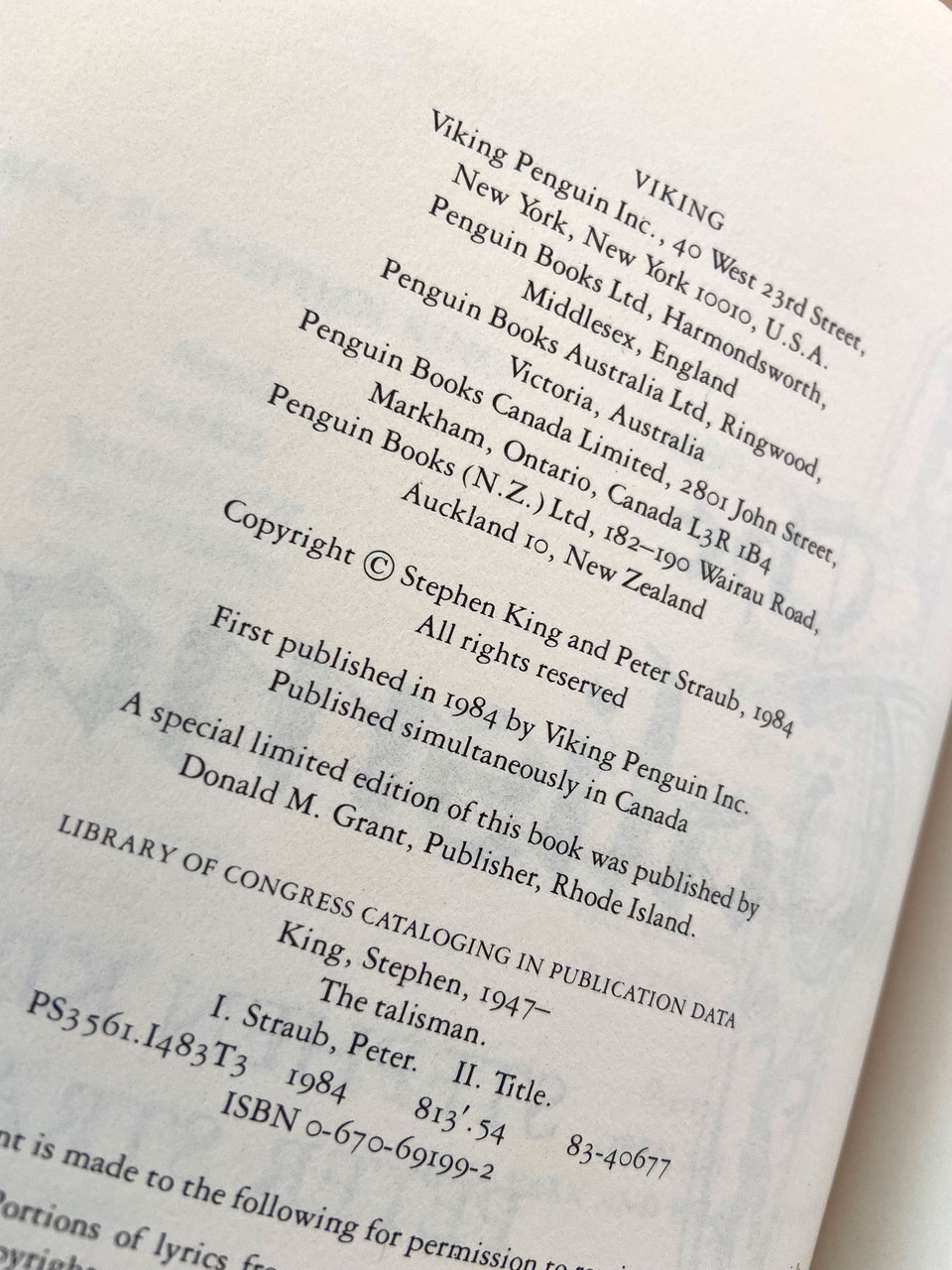 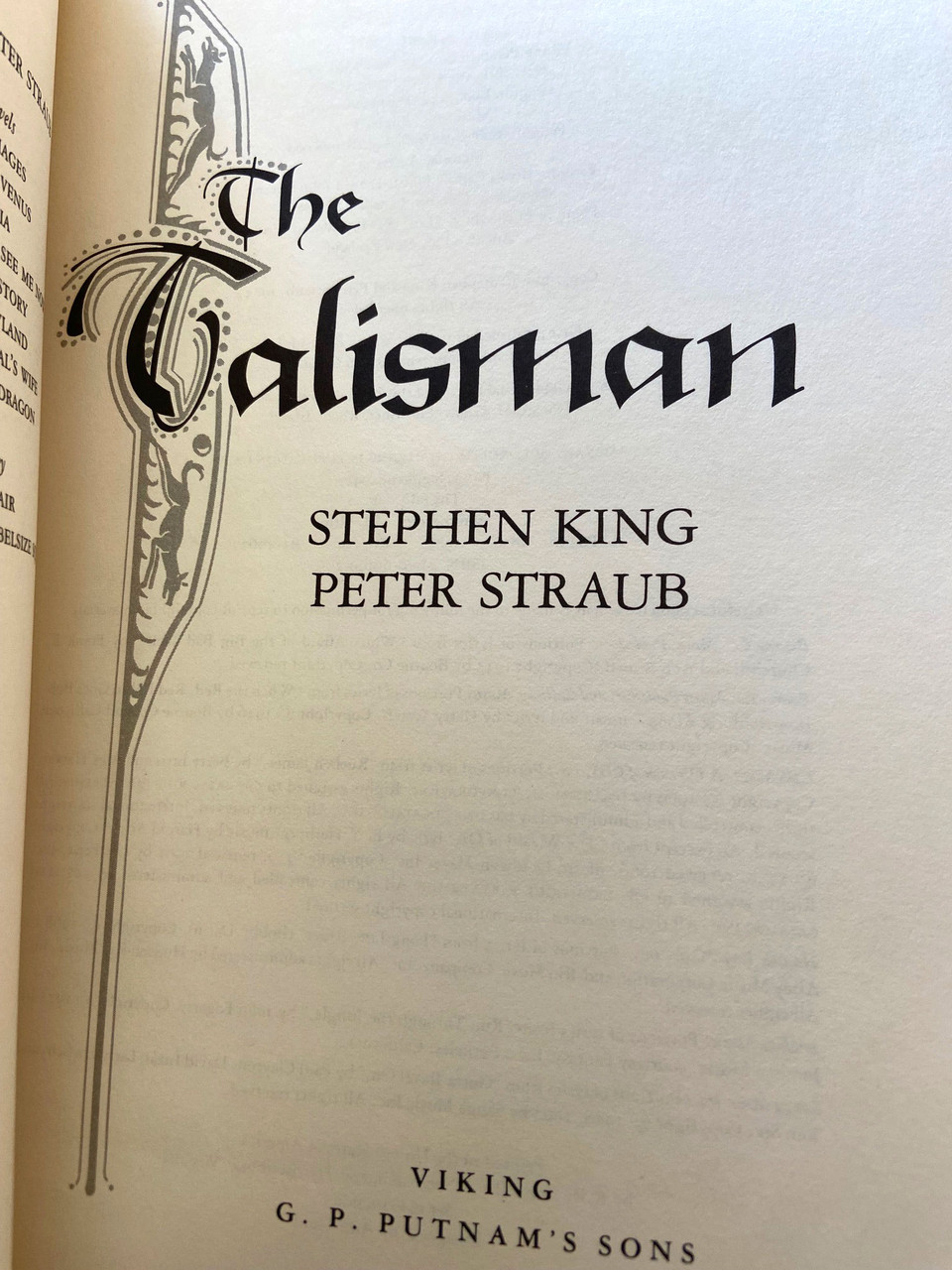 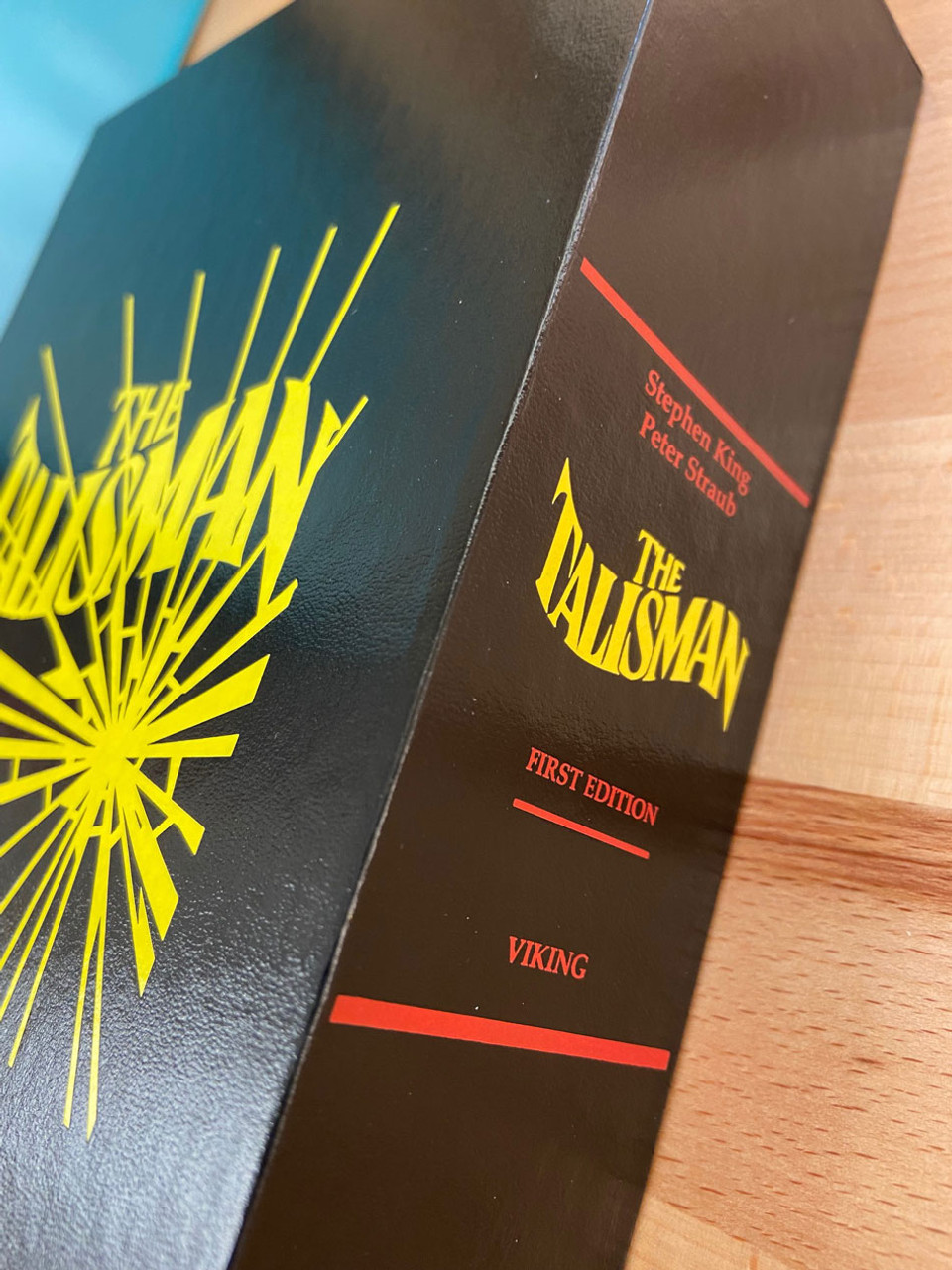 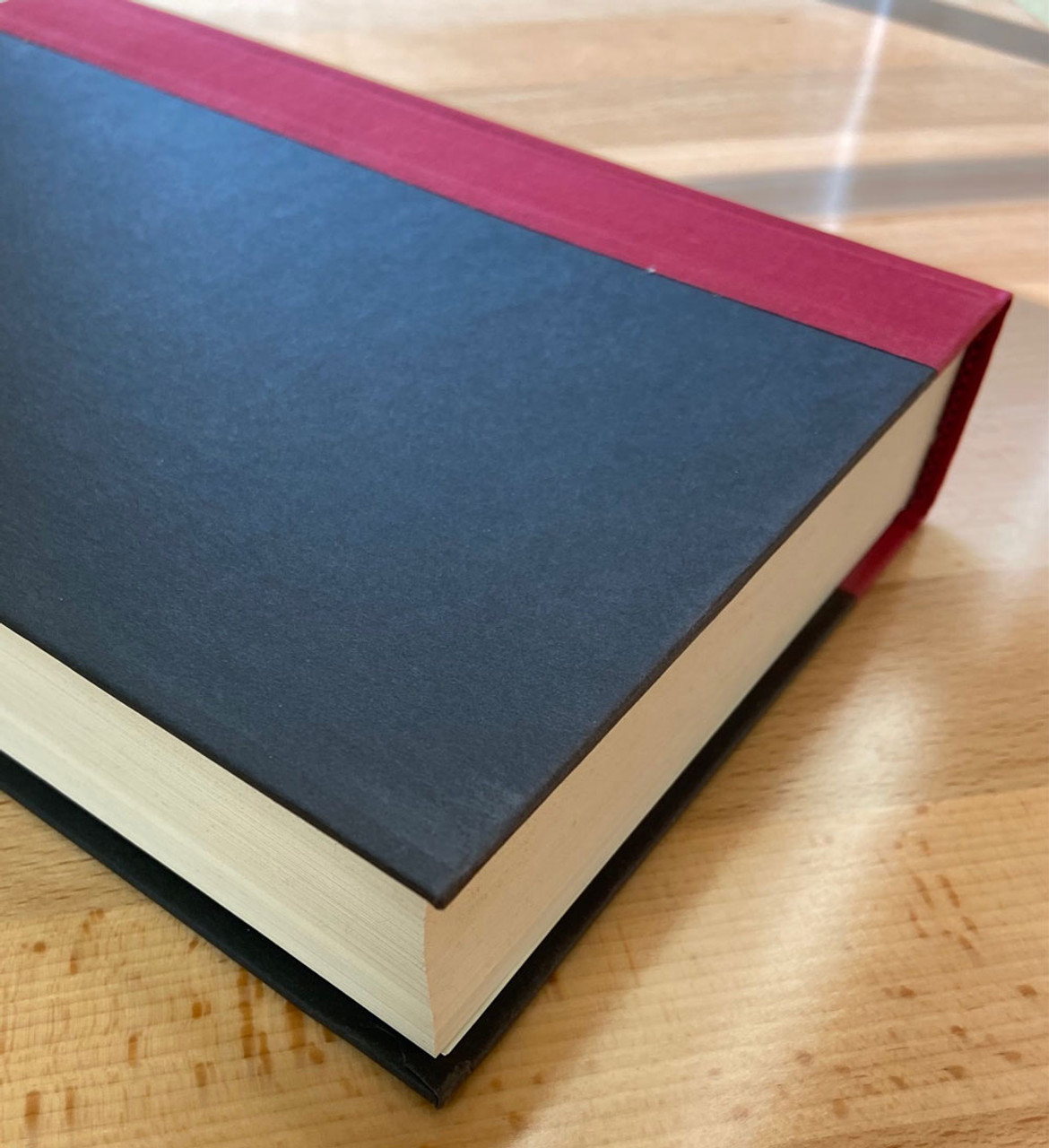 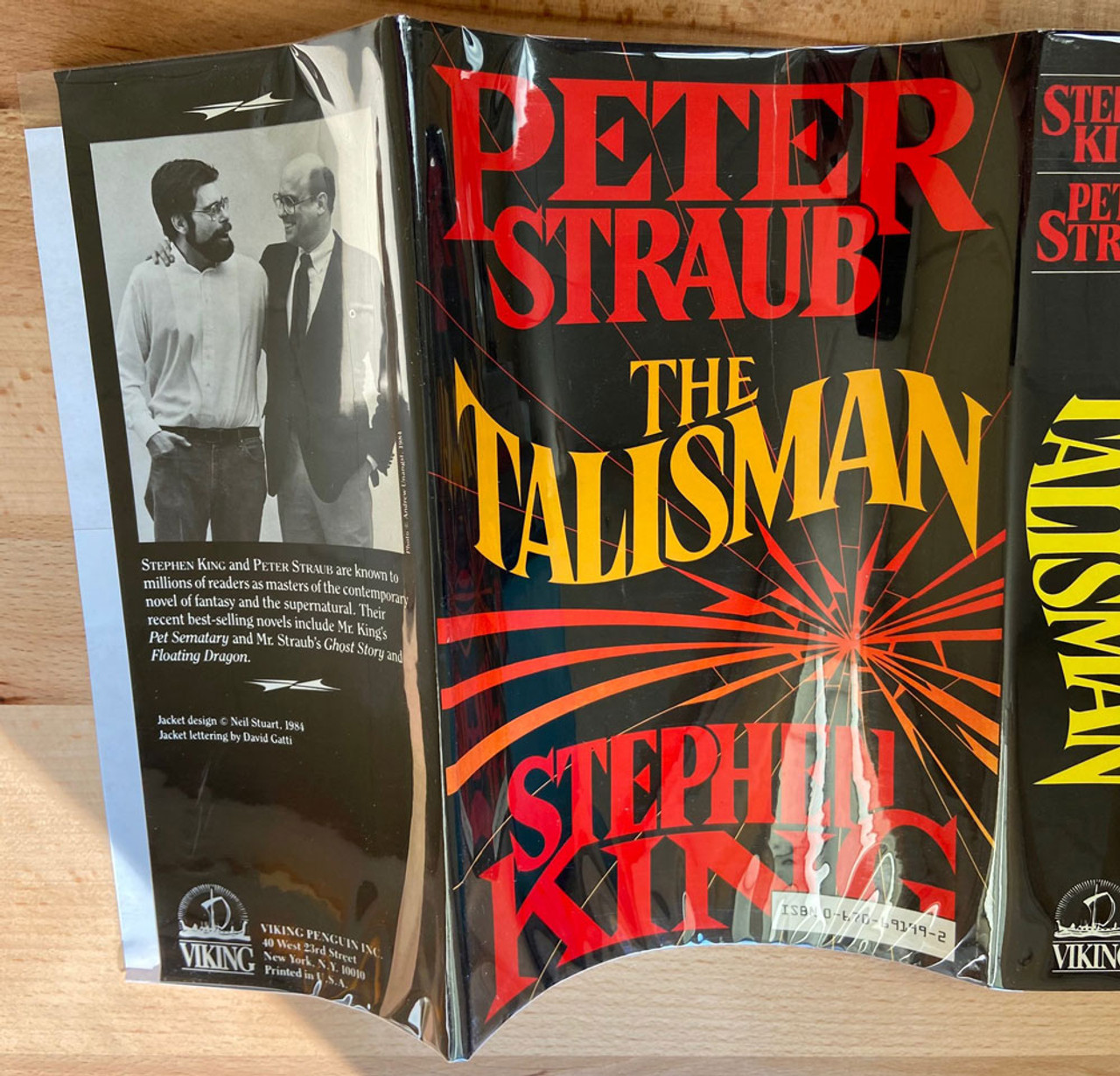 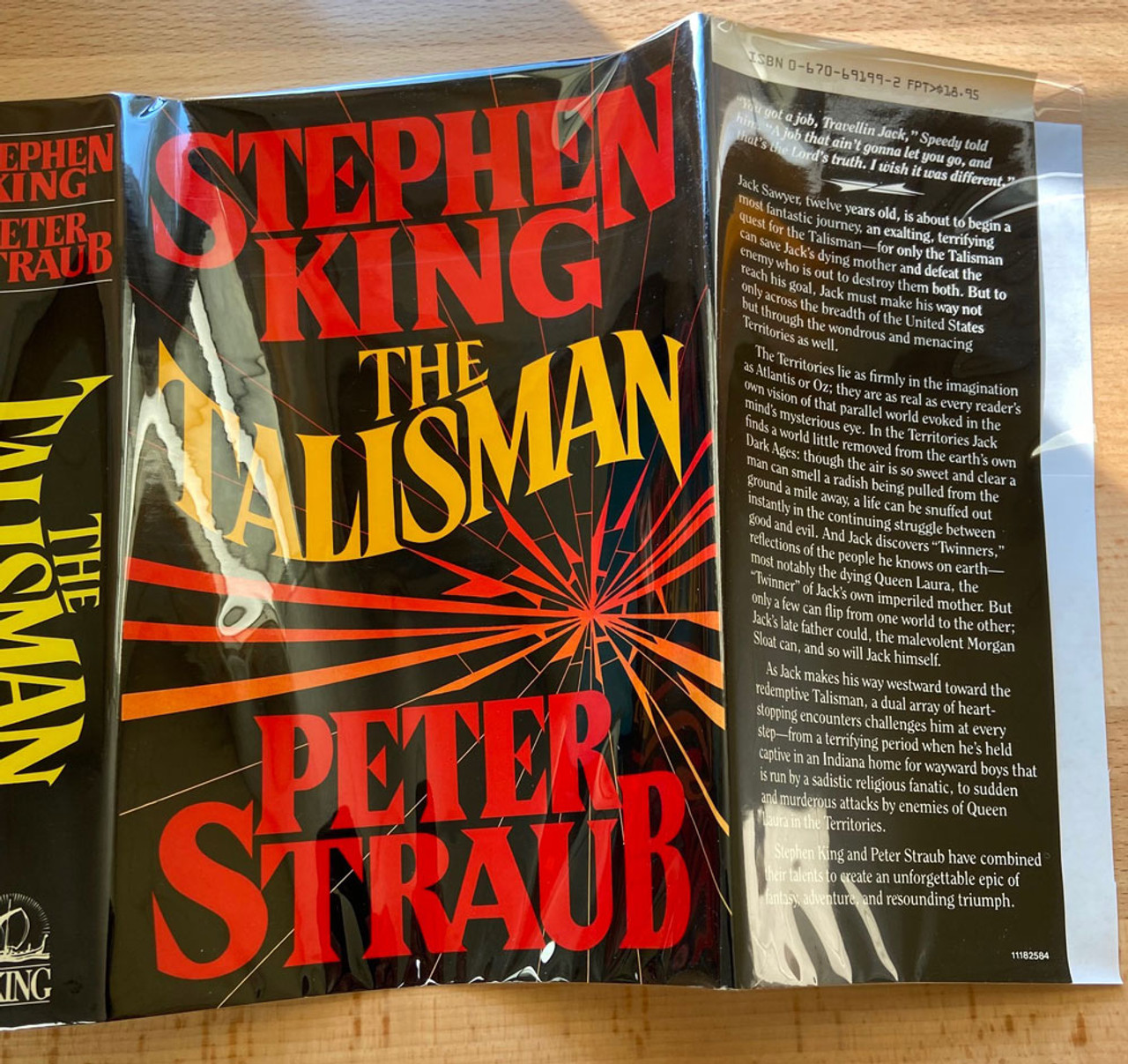 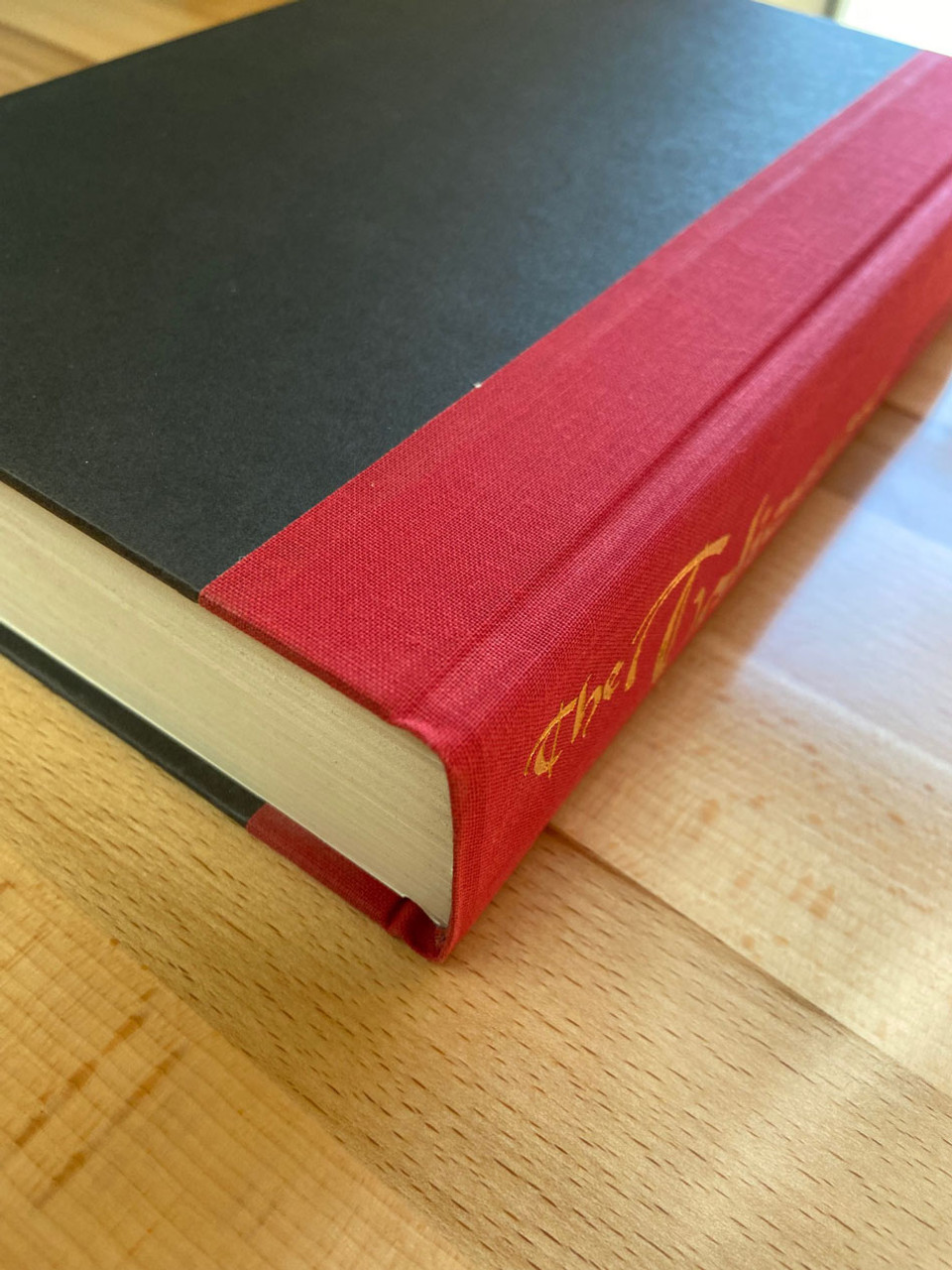 The iconic, “extraordinary” (The Washington Post) collaboration between #1 bestselling author Stephen King and Peter Straub—an epic thriller about a young boy’s quest to save his mother’s life.

A rare find in this original Fine/Fine condition.

New York. Viking Penguin, 1984. Stephen King and Peter Straub "The Talisman". Hardcover with dust-jacket. First edition, first printing. Signed with a personal inscription by both authors, Stephen King and Peter Straub. Original price of 18.95 intact and not clipped. "First published in 1984.." as required on copyright page with no additional number line. Fine/Fine without any visible flaws. Includes custom matching slipcase. 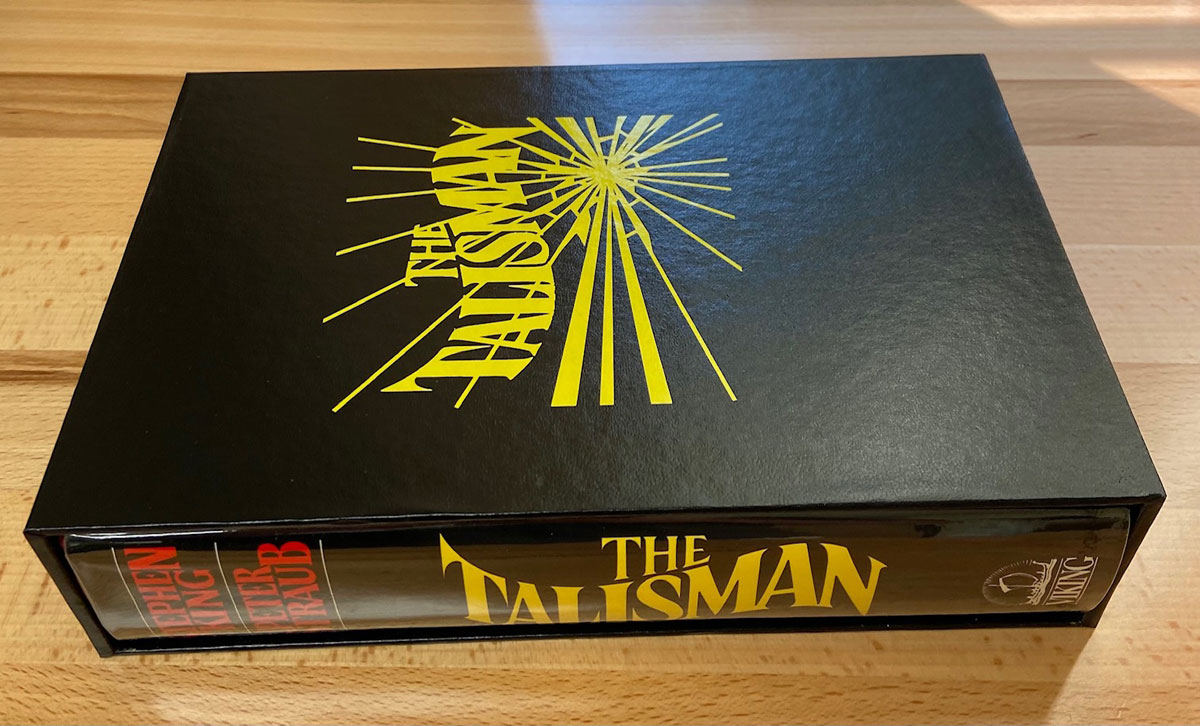 Why had twelve-year-old Jack Sawyer’s mother frantically moved the two of them from Rodeo Drive to a New York City apartment to the Alhambra, a fading ocean resort and shuttered amusement park in New Hampshire? Who or what is she running from? She is dying . . . and even young Jack knows she can’t outrun death. But only he can save her—for he has been chosen to search for a prize across an epic landscape of dangers and lies, a realm of innocents and monsters, where everything Jack loves is on the line.

The Talisman is a 1984 fantasy novel by Stephen King and Peter Straub. The plot is not related to that of Walter Scott's 1825 novel of the same name, although there is one oblique reference to "a Sir Walter Scott novel." The Talisman was nominated for both the Locus and World Fantasy Awards in 1985. King and Straub followed up with a sequel, Black House (2001), that picks up with a now-adult Jack as a retired Los Angeles homicide detective trying to solve a series of murders in the small town of French Landing, Wisconsin.

The book is dedicated to the authors' mothers: "This book is for Ruth King, Elvena Straub."

On a brisk autumn day, a thirteen-year-old boy stands on the shores of the gray Atlantic, near a silent amusement park and a fading ocean resort called the Alhambra. The past has driven Jack Sawyer here: his father is gone, his mother is dying, and the world no longer makes sense. But for Jack everything is about to change. For he has been chosen to make a journey back across America–and into another realm.

One of the most influential and heralded works of fantasy ever written, The Talisman is an extraordinary novel of loyalty, awakening, terror, and mystery. Jack Sawyer, on a desperate quest to save his mother's life, must search for a prize across an epic landscape of innocents and monsters, of incredible dangers and even more incredible truths. The prize is essential, but the journey means even more. Let the quest begin. . . .

From the Back Cover “EXTRAORDINARY . . . MAKES YOUR HAIR STAND ON END.”
–The Washington Post

“A CLASSIC . . . RARE AND DAZZLING . . . A JOURNEY TO RIVAL THE GREATEST ADVENTURE STORIES EVER TOLD.” 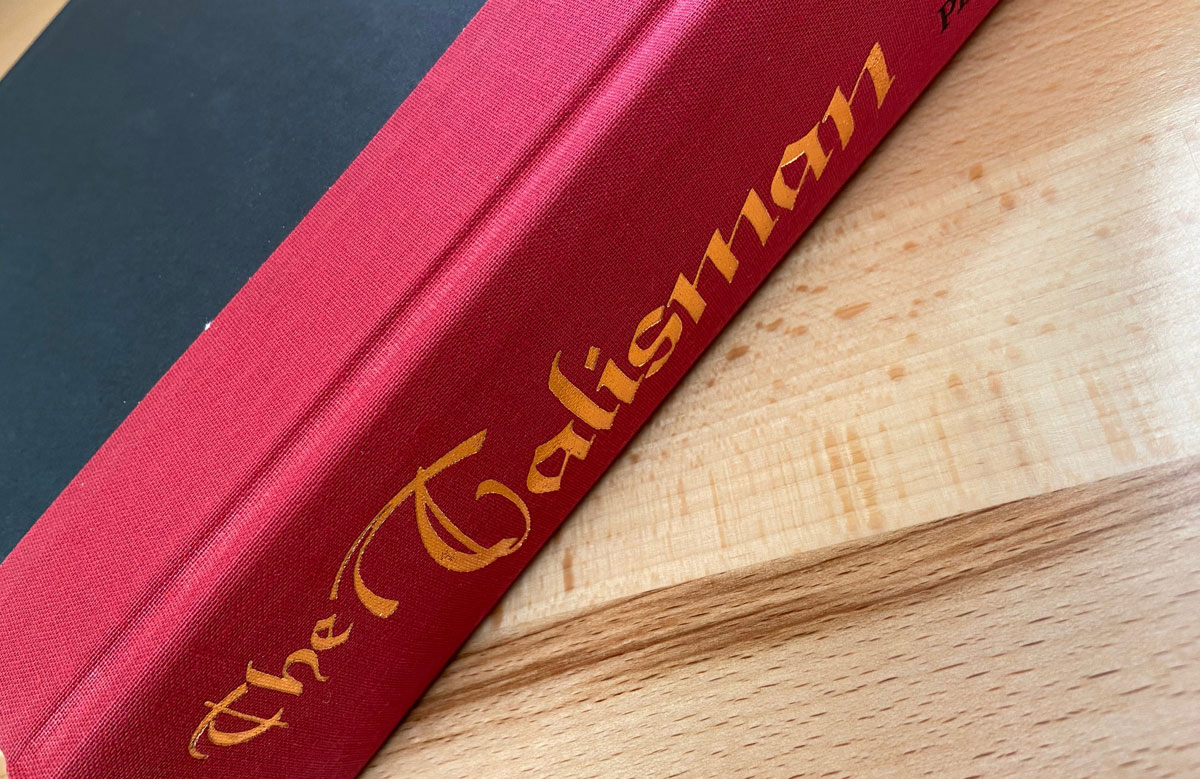 FINE hardcover book, which appears unread with a square and tight spine. A wonderful bright clean copy free of markings, writings, or stamps. No bookplates attached or signs of any removed. Sharp corners. Bright lettering on spine which is not faded.

FINE dust-jacket without any visible flaws. The dust-jacket is now protected in a brand new archival acid-free Mylar sleeve.