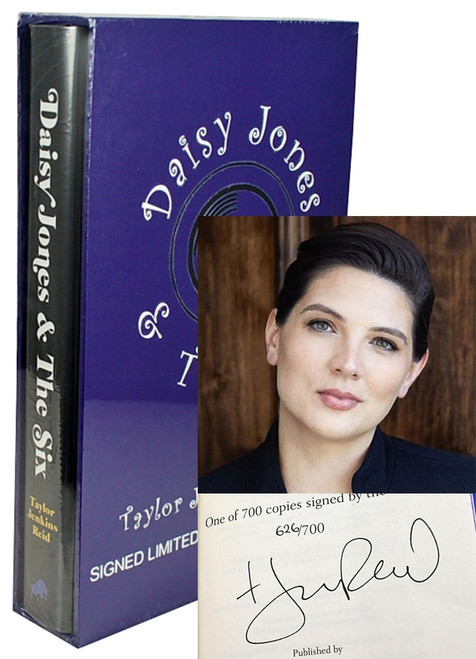 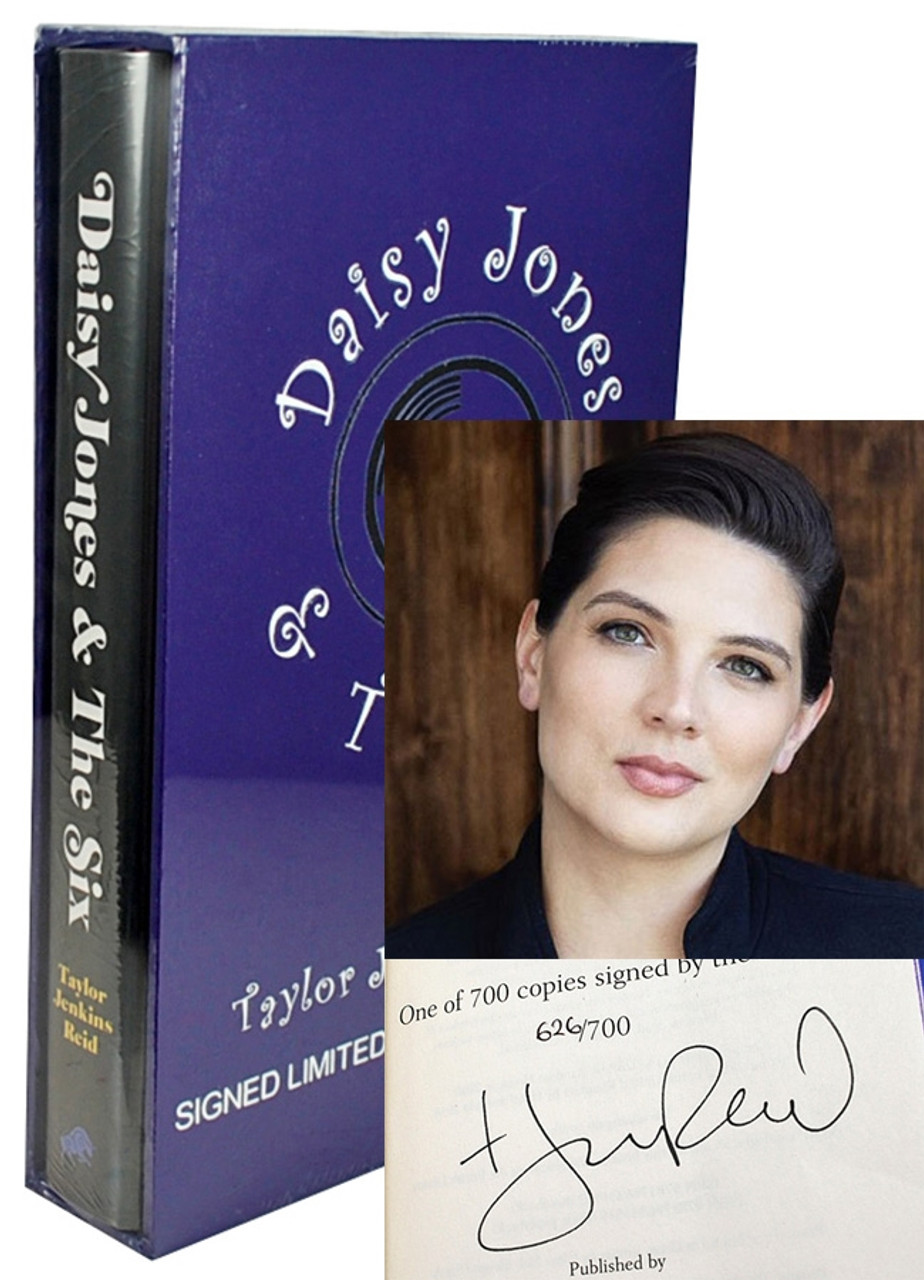 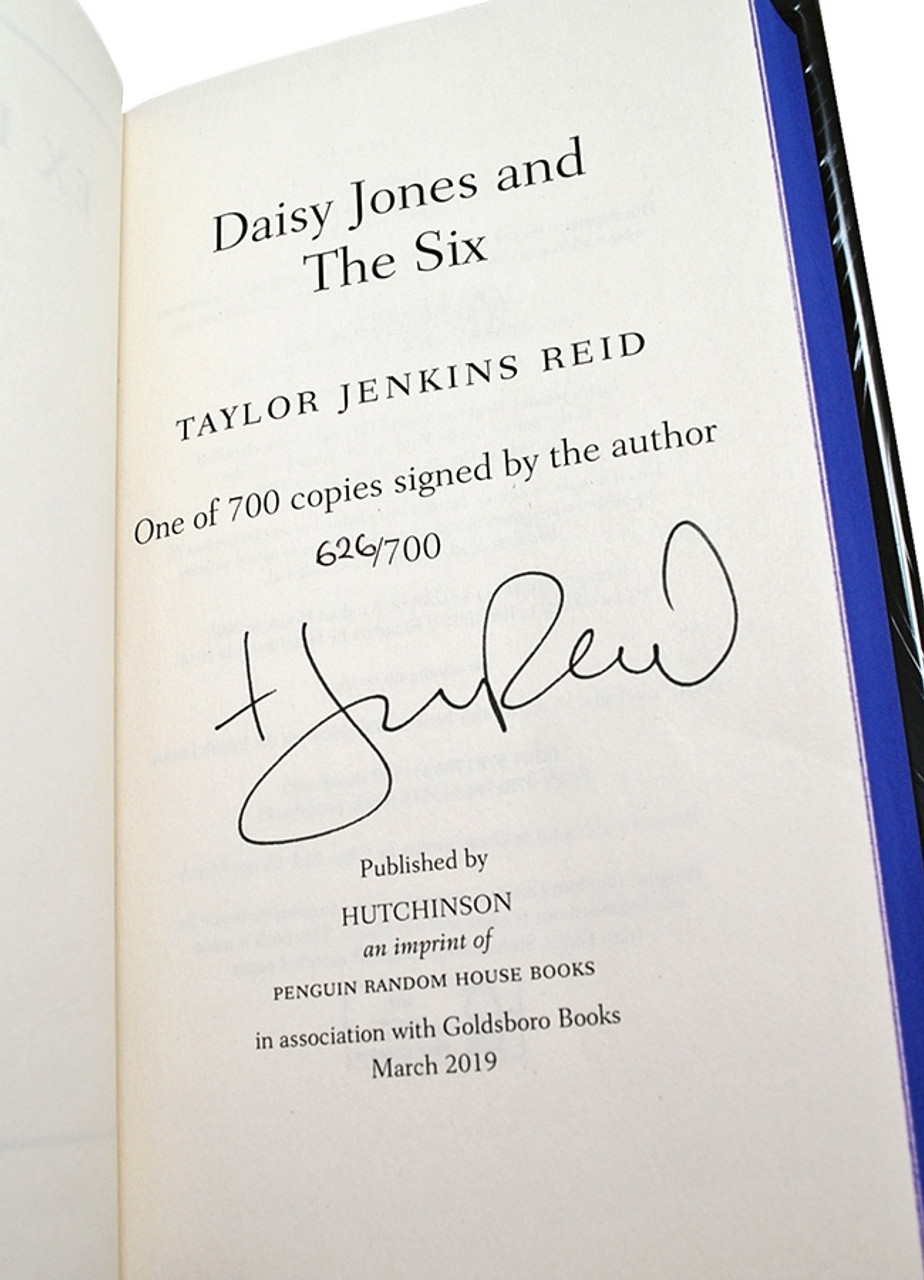 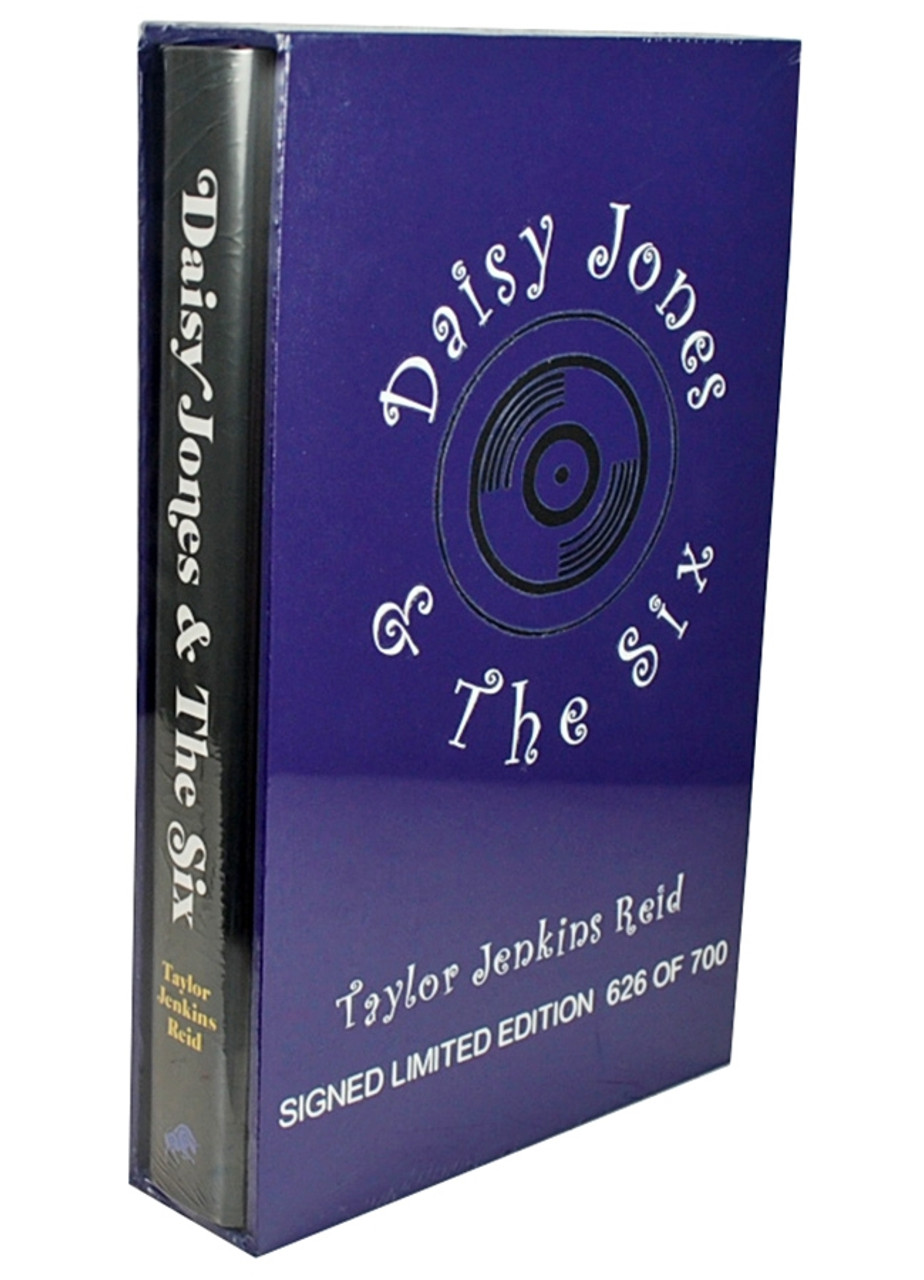 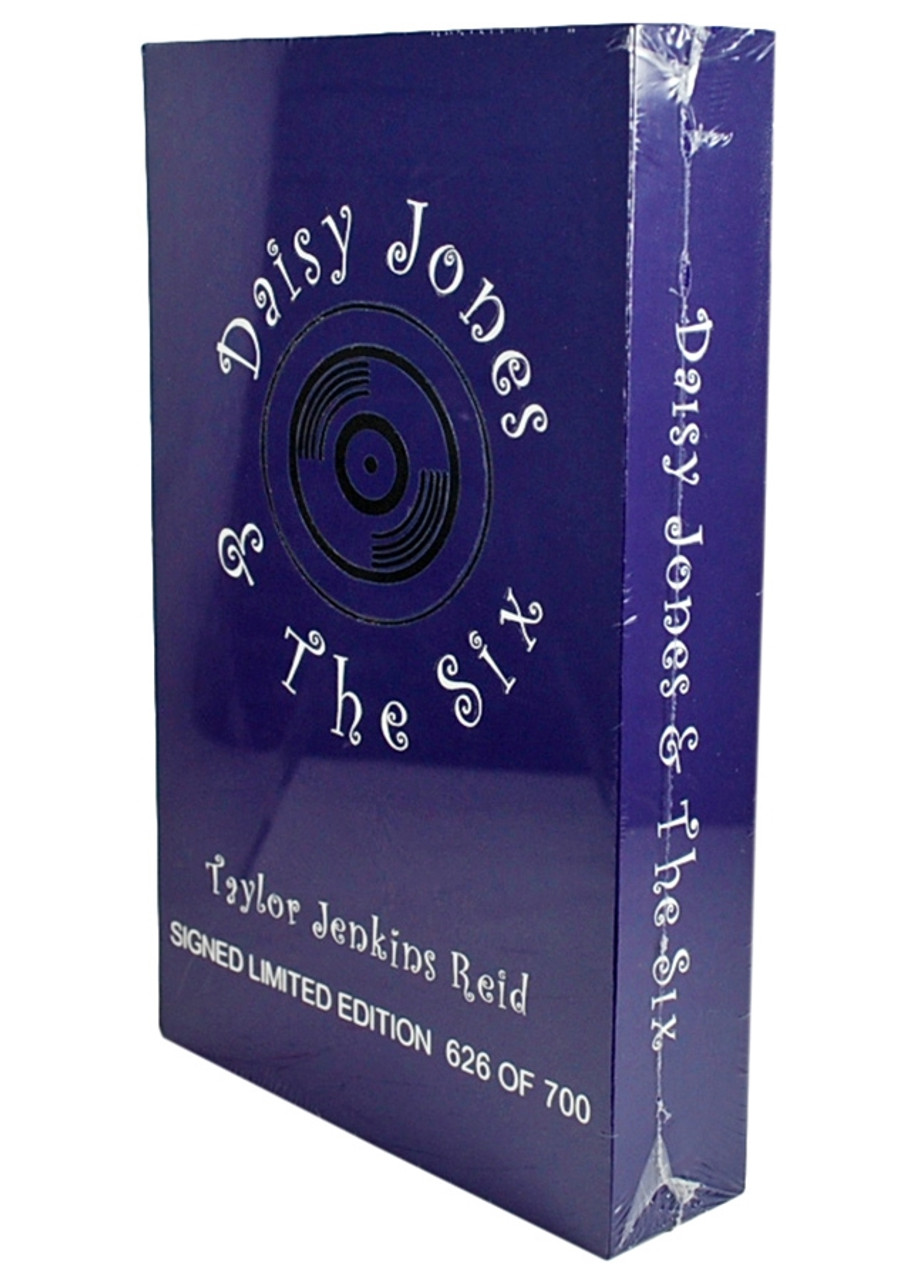 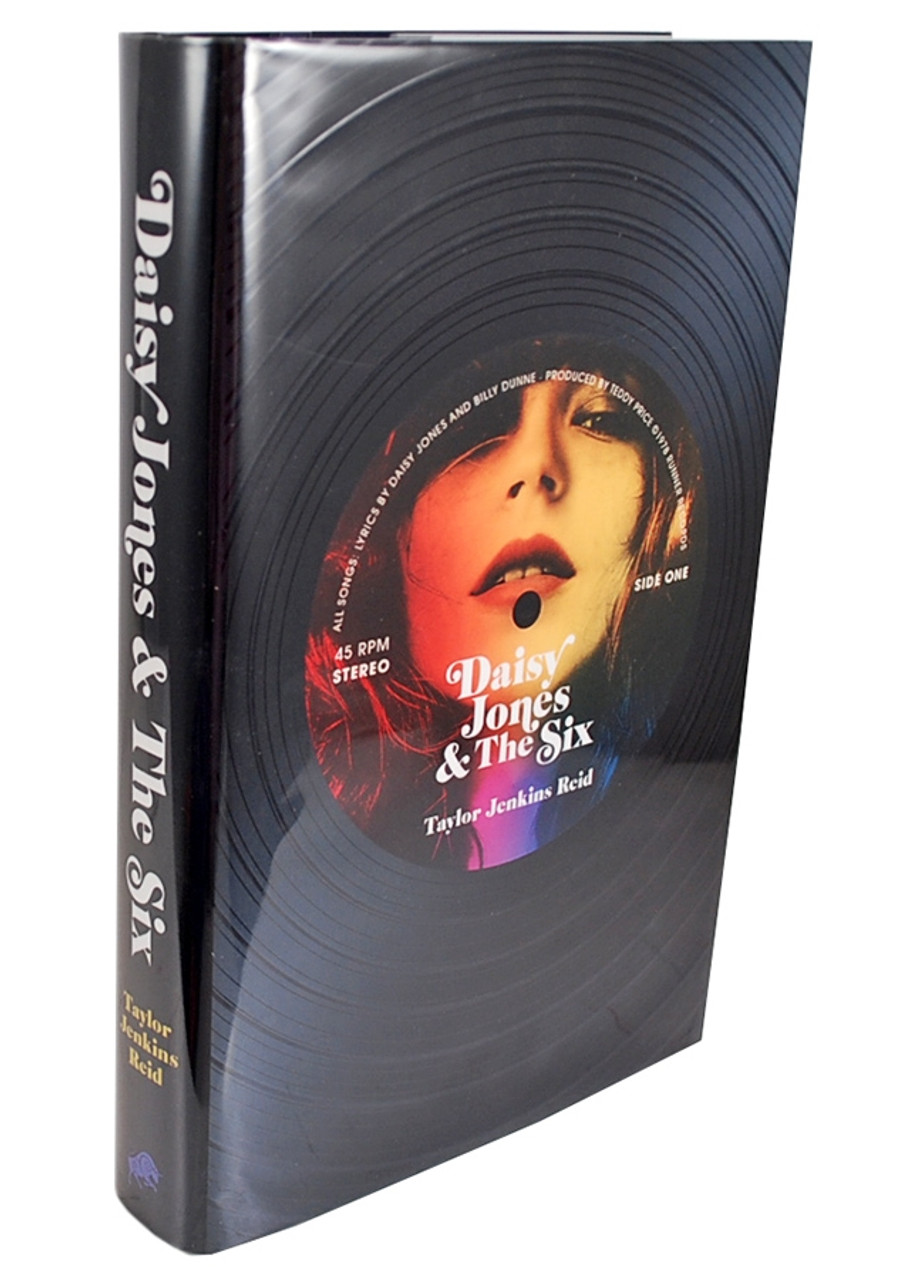 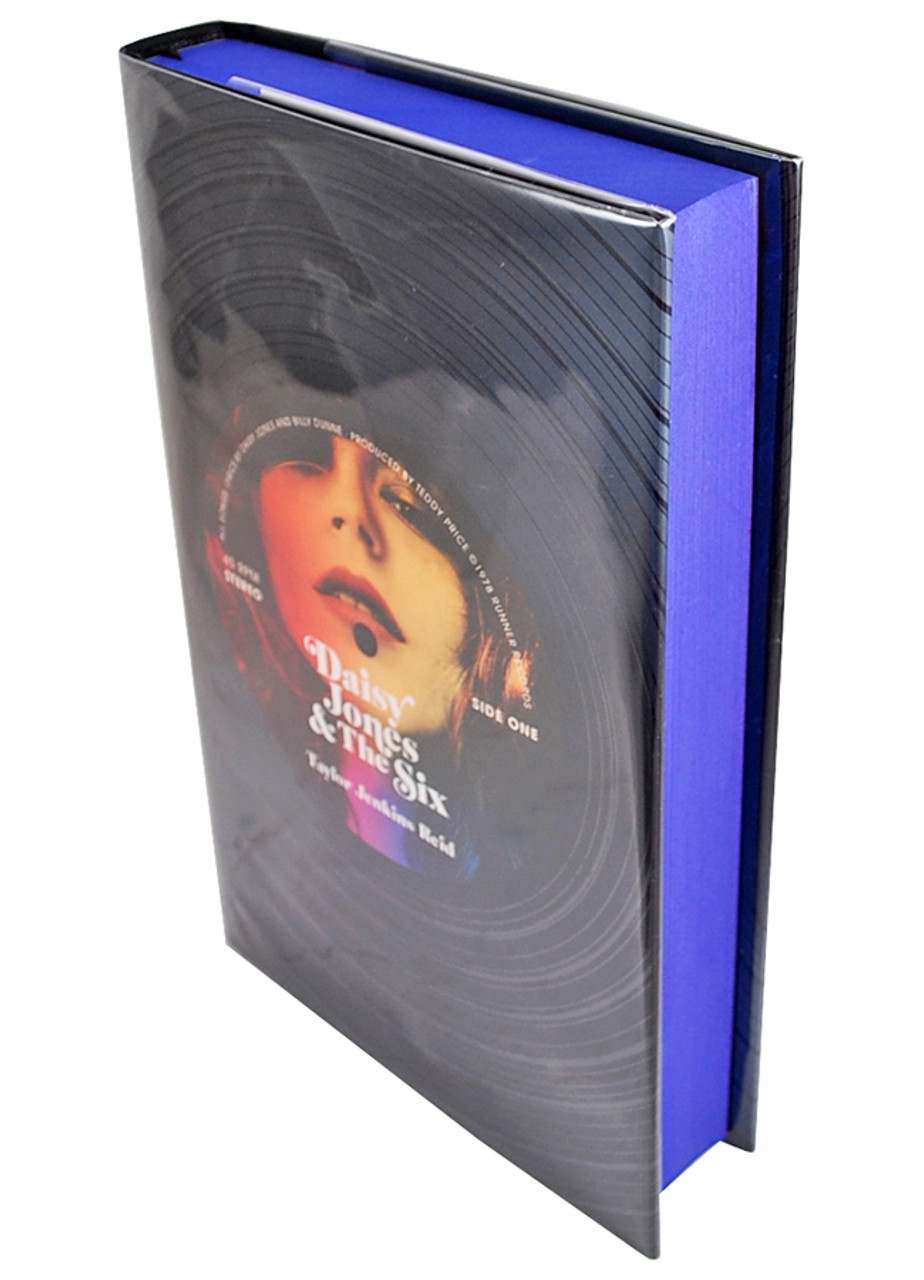 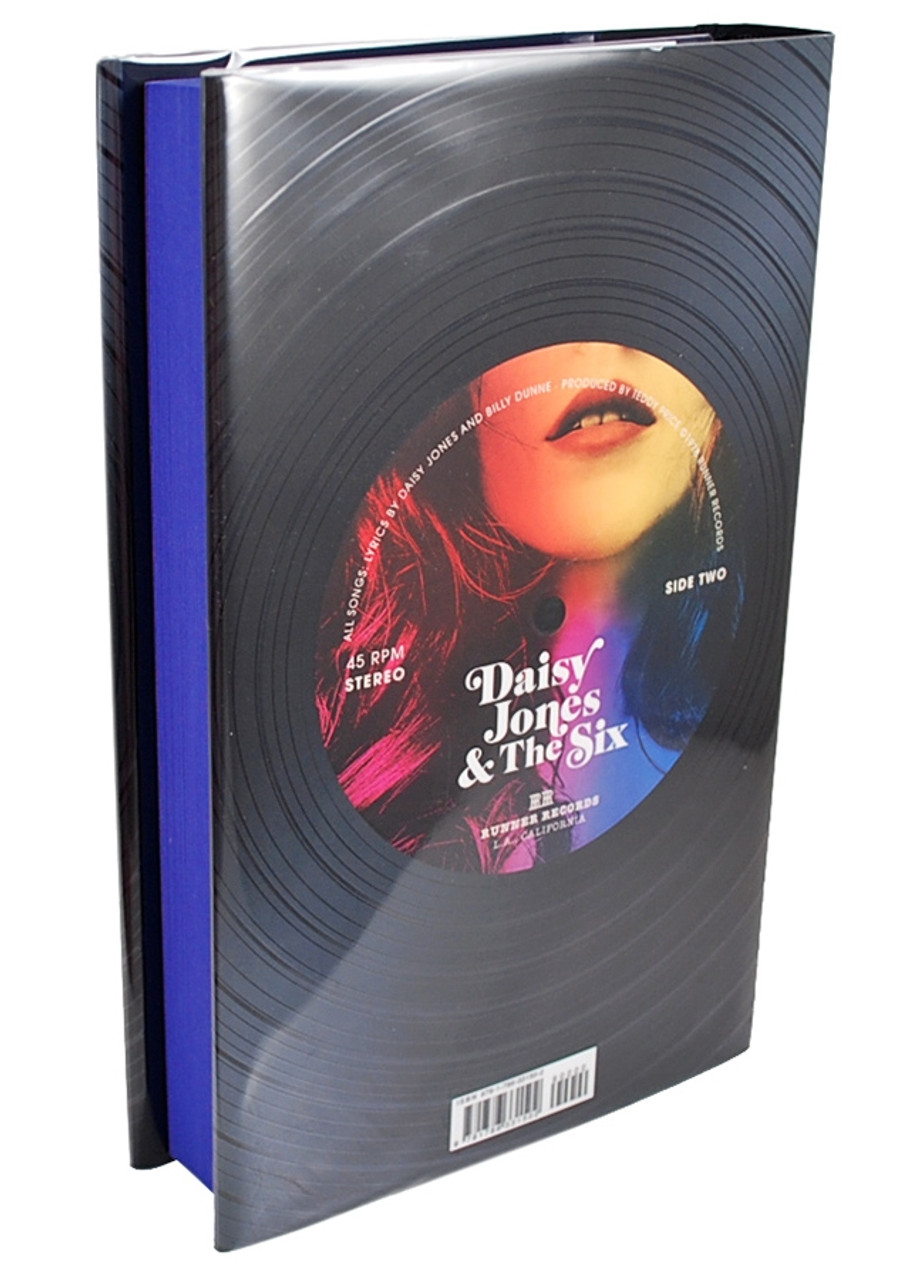 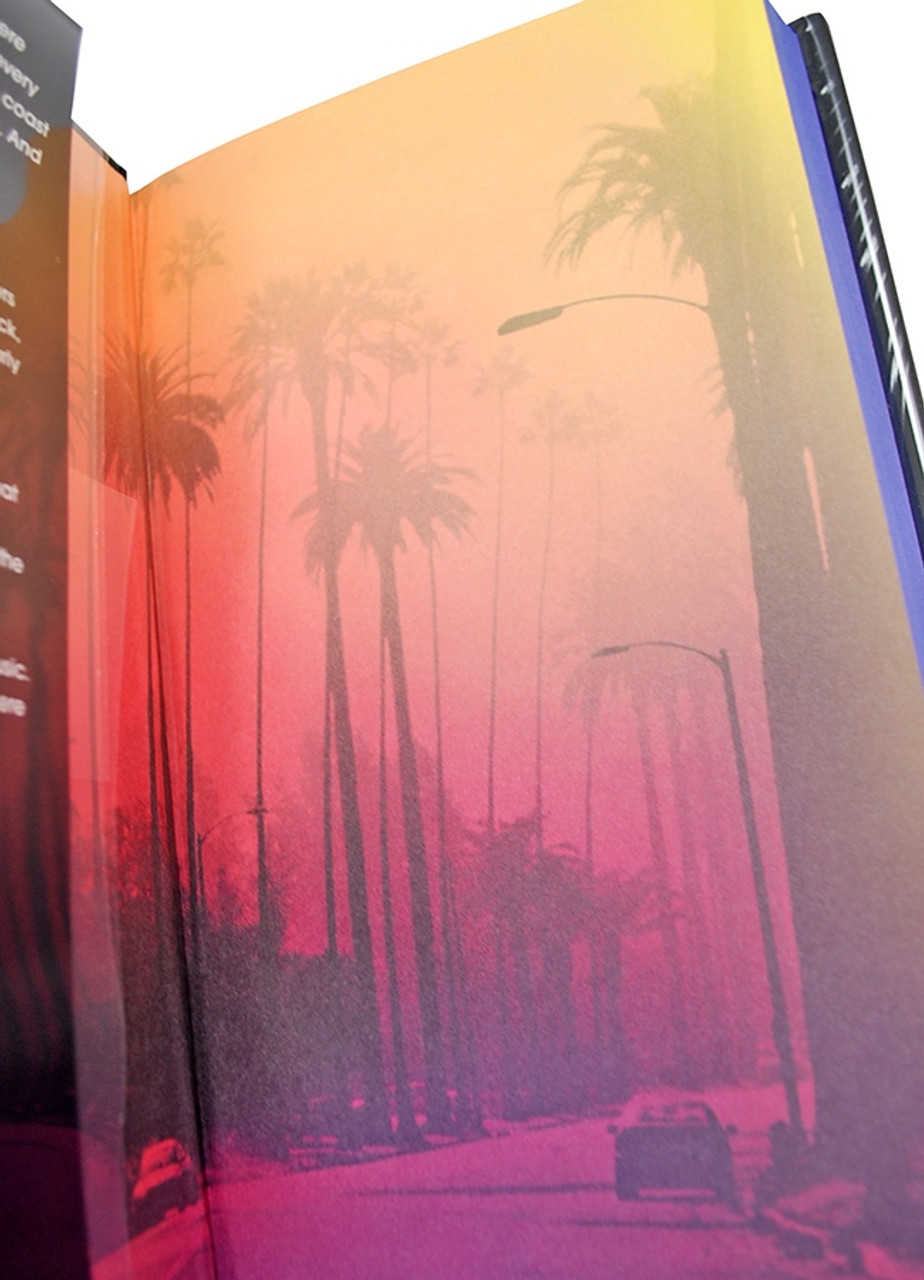 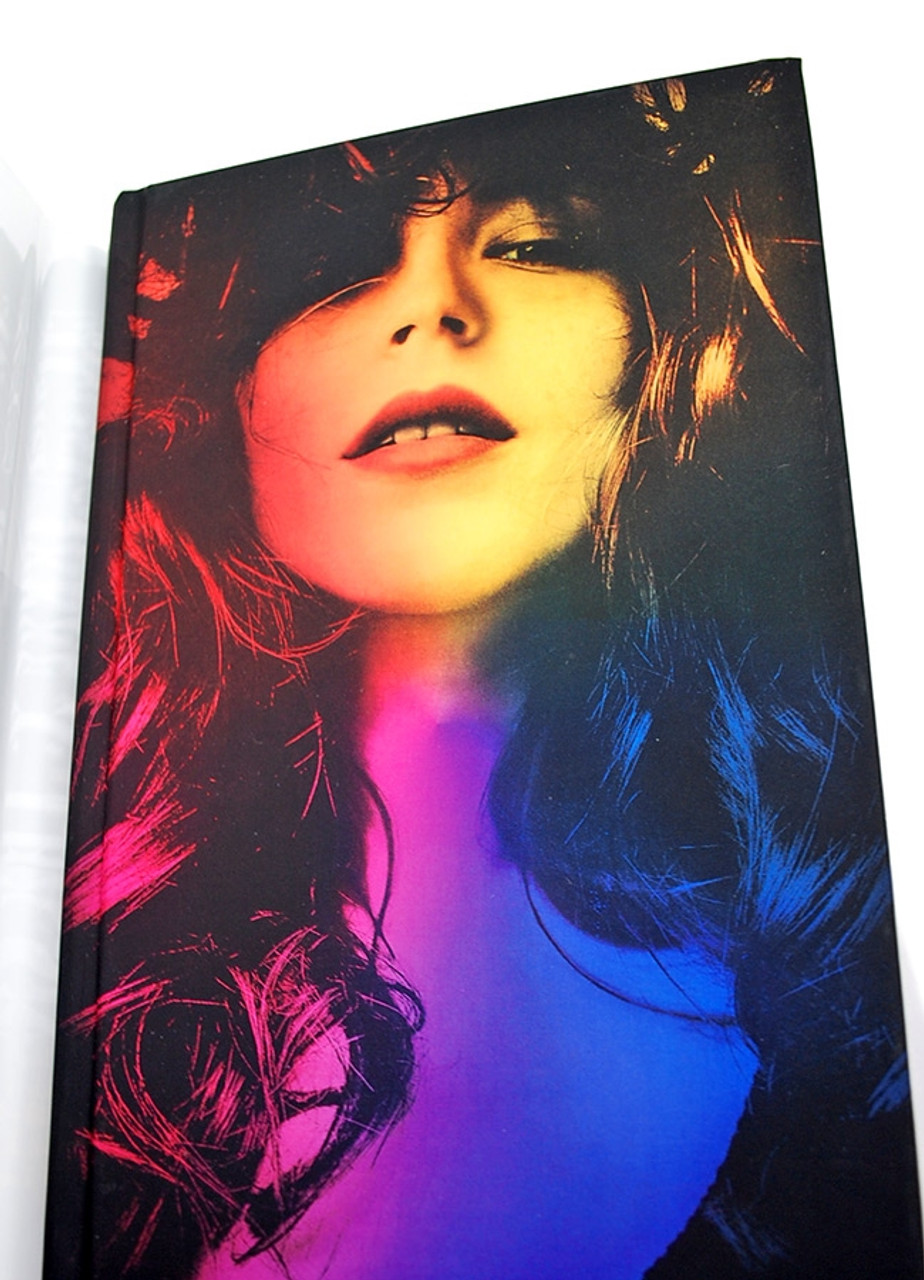 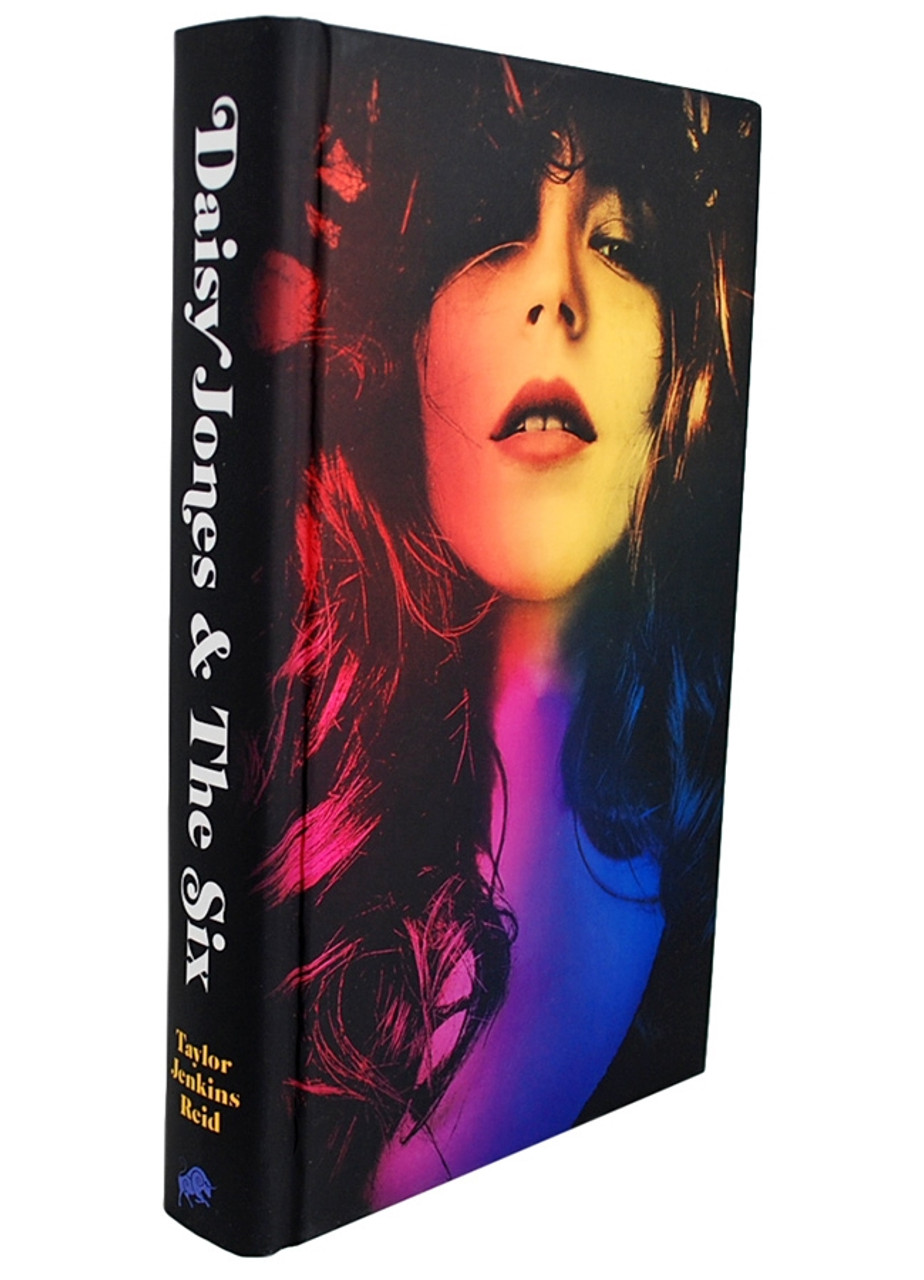 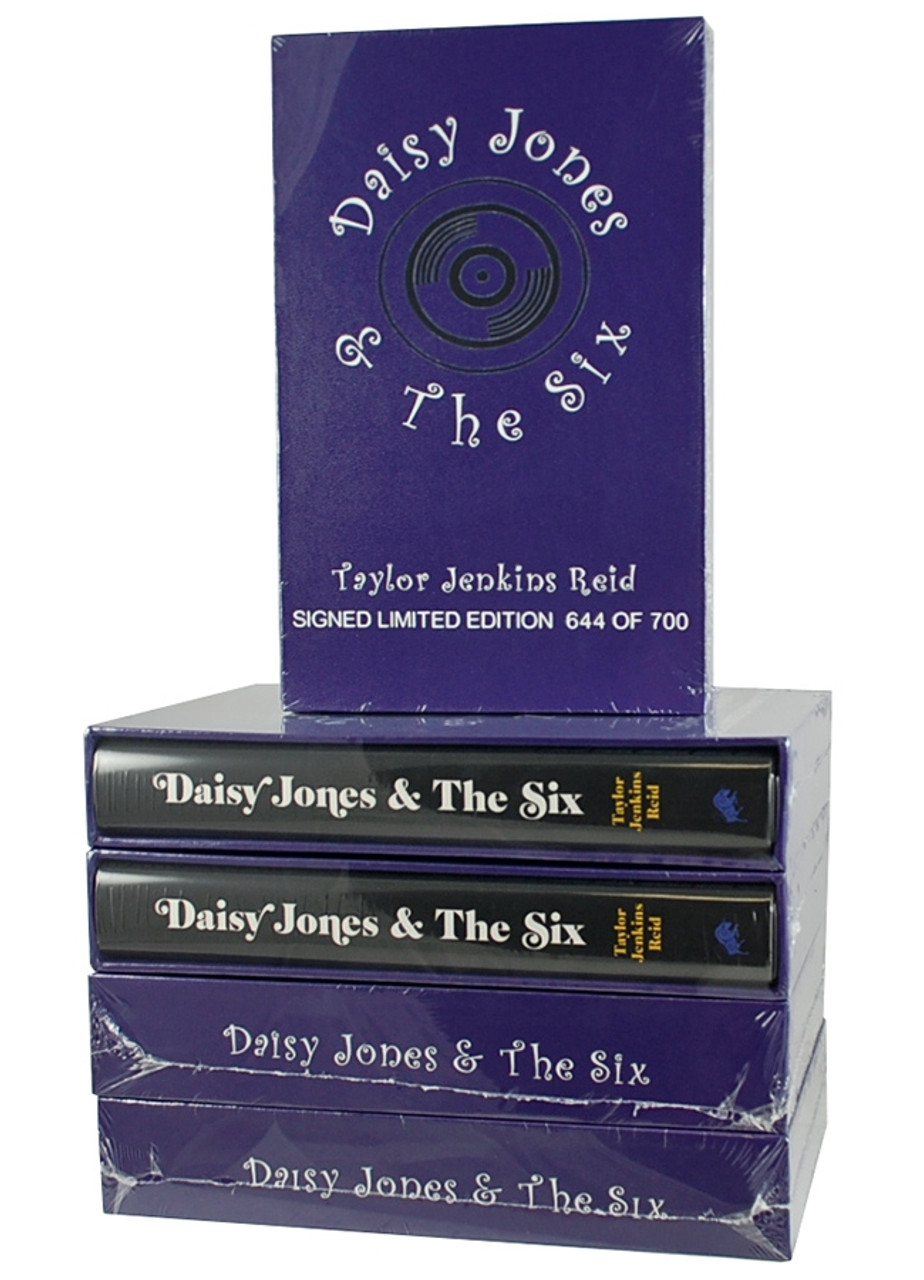 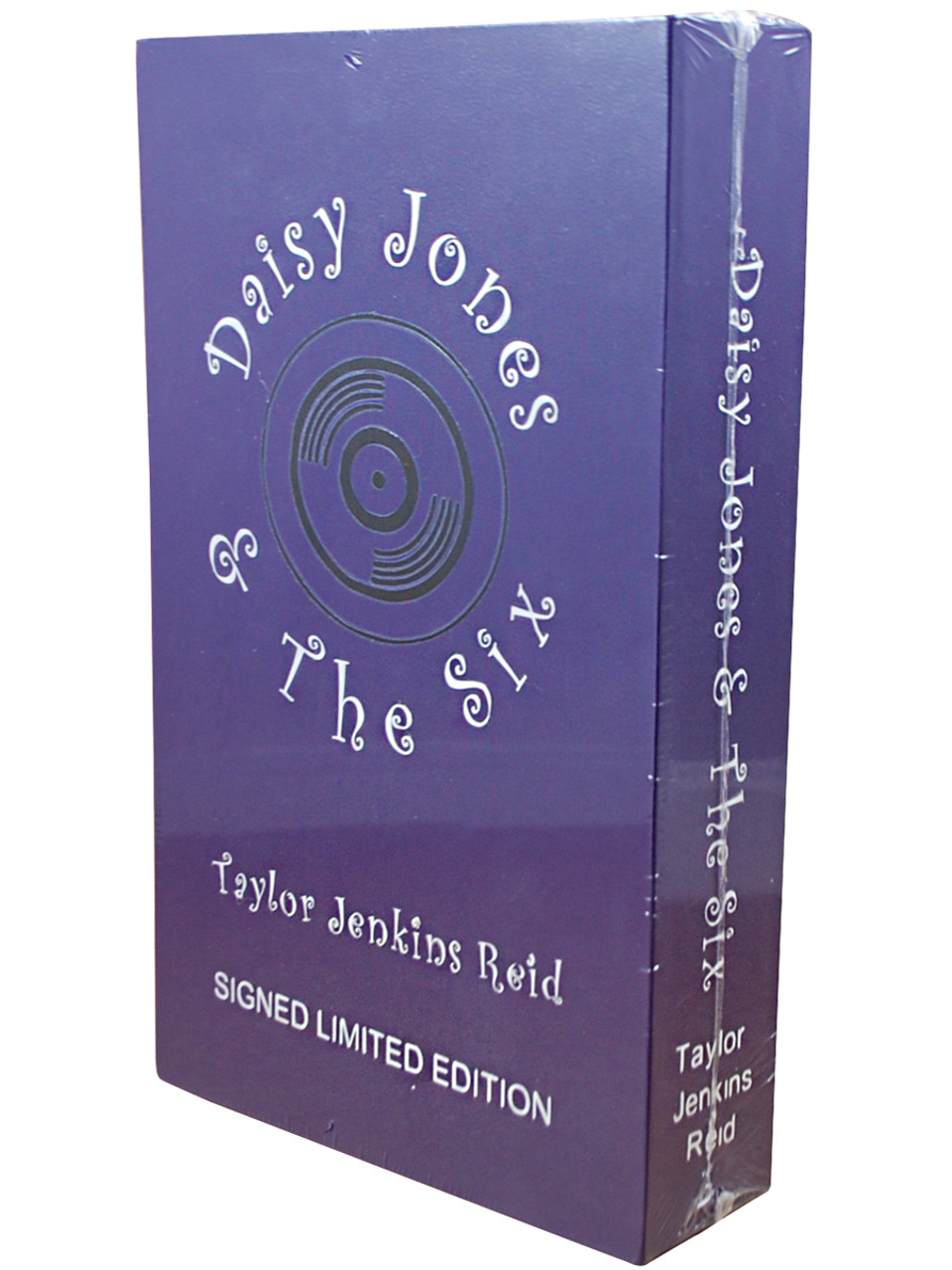 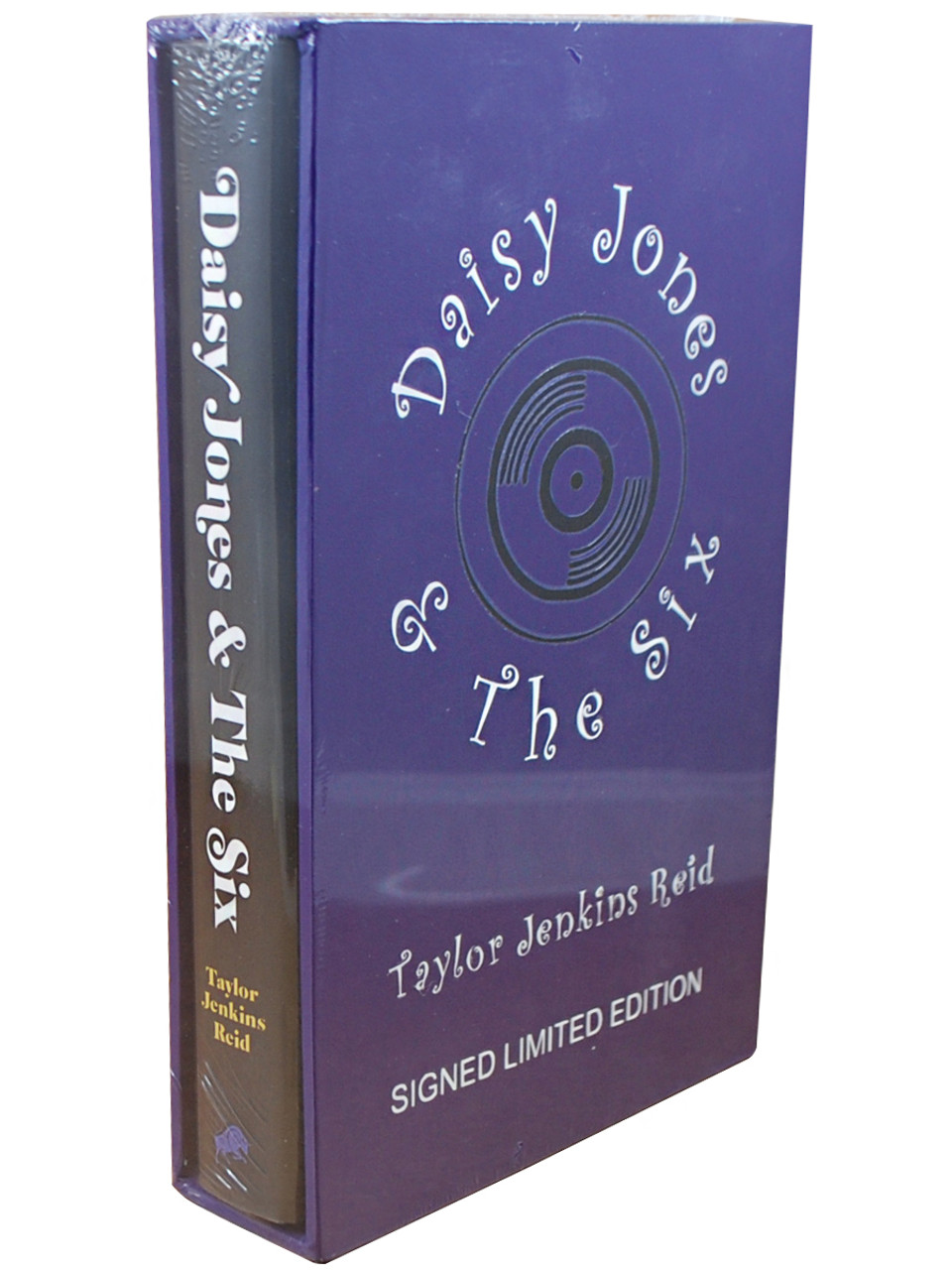 Personally signed by Taylor Jenkins Reid and Limited To only 700.

Be one of the first collectors in the world to own this special slipcased and sealed version of the Signed Limited Edition by Goldboro Books. Less than 20 of these slipcased and sealed copies will be produced. Amazon Studios has recently ordered a 13-episode series of Daisy Jones & The Six that is scheduled for production later this year. This project will come from Reese Witherspoon’s Hello Sunshine and Circle of Confusion and will be a co-production between Amazon Studios and Hello Sunshine.

From Deadline: "Amazon is planning company synergies around Daisy Jones & The Six. Original music from the series will be made available exclusively through Amazon Music, and the print and audiobook from Ballantine/Random House will be available via Amazon.com and Audible.com. Witherspoon was an early fan of the book and provided a raving endorsement quote for its cover as her company nabbed film and TV rights."

Published by Hutchinson, an imprint of Penguin Random House Books, in association with Goldboro Books, March 2019. Taylor Jenkins Reid "Daisy Jones and The Six" Signed Limited Edition of only 700 numbered copies. Each edition has been personally signed by the author directly onto the limitation page. This book includes a special matching custom slipcase produced from high quality faux leather. Each slipcase has a printing of the number to match the number of the book.

About the author - Taylor Jenkins Reid is the author of The Seven Husbands of Evelyn Hugo, One True Loves, Maybe in Another Life, After I Do, and Forever, Interrupted. Her novels have been Indie Next Picks, chosen by Book of the Month, and featured in People, US Weekly, Entertainment Weekly, Good Morning America, and more. Her newest novel, Daisy Jones and the Six, will be out March 5th. She lives in Los Angeles.

A gripping novel about the whirlwind rise of an iconic 1970s rock group and their beautiful lead singer, revealing the mystery behind their infamous breakup.

“I devoured Daisy Jones & The Six in a day, falling head over heels for it. Daisy and the band captured my heart.”—Reese Witherspoon (Reese’s Book Club x Hello Sunshine book pick)

Everyone knows DAISY JONES & THE SIX, but nobody knows the reason behind their split at the absolute height of their popularity . . . until now.

Daisy is a girl coming of age in L.A. in the late sixties, sneaking into clubs on the Sunset Strip, sleeping with rock stars, and dreaming of singing at the Whisky a Go Go. The sex and drugs are thrilling, but it’s the rock ’n’ roll she loves most. By the time she’s twenty, her voice is getting noticed, and she has the kind of heedless beauty that makes people do crazy things.

Also getting noticed is The Six, a band led by the brooding Billy Dunne. On the eve of their first tour, his girlfriend Camila finds out she’s pregnant, and with the pressure of impending fatherhood and fame, Billy goes a little wild on the road.

Daisy and Billy cross paths when a producer realizes that the key to supercharged success is to put the two together. What happens next will become the stuff of legend.

The making of that legend is chronicled in this riveting and unforgettable novel, written as an oral history of one of the biggest bands of the seventies. Taylor Jenkins Reid is a talented writer who takes her work to a new level with Daisy Jones & The Six, brilliantly capturing a place and time in an utterly distinctive voice.

Praise for Daisy Jones & The Six

“Daisy Jones & The Six is just plain fun from cover to cover. . . . Her characters feel so vividly real, you’ll wish you could stream their albums, YouTube their concerts, and google their wildest moments to see them for yourself.”—HelloGiggles

“Reid’s wit and gift for telling a perfectly paced story make this one of the most enjoyably readable books of the year.”—Nylon

“Reid delivers a stunning story of sex, drugs, and rock ’n’ roll in the 1960s and ’70s in this expertly wrought novel. Mimicking the style and substance of a tell-all celebrity memoir . . . Reid creates both story line and character gold. The book’s prose is propulsive, original, and often raw.”—Publishers Weekly (starred review)

This dreamy novel follows the rise and fall of an iconic band lead by the enigmatic Daisy, and it's full of a) sex, b) drugs, c) rock n' roll, and d) characters who you'll wish could leap out of the page and into your life.

This novel, framed as an oral history, charts the rise of a hard-partying, iconic band in the 1970s. Daisy is an up-and-coming young singer, and after her duet with Billy, the frontman of The Six, becomes a breakout hit, she joins the band full-time. The book is a love story, too: not only of Daisy and Billy’s will-they-won’t-they romance, but also a sentimental appreciation for the era.

Decades after their sudden split, members of a rock band recall their rise to fame in the 1970s—and what wrong. Taylor Jenkins Reid’s fictional tell-all will rock you.

Daisy Jones & The Six is an explosive, dynamite, down-and-dirty look at a fictional rock band told in an interview style that gives it irresistible surface energy...although the real power of this delicious novel is at its tender beating heart. It’s an anthem and a ballad and a marvel.

I devoured Daisy Jones & The Six in a day, falling head over heels for it. Taylor Jenkins Reid transported me into the magic of the 70’s music scene in a way I’ll never forget. The characters were beautifully layered and complex...Daisy and the band captured my heart, and they’re sure to capture yours too.

Taylor Jenkins Reid is a stunning writer whose characters are unforgettable and stories are deeply emotional. Her new book is her most gripping book yet and takes her writing to a whole new level.

EMILY GIFFIN, AUTHOR OF ALL WE EVER WANTED

Taylor Jenkins Reid's writing is addictive and all-consuming. Filled with passion, complexity, and fascinating detail, Daisy Jones & The Six felt so real that by the time I finished reading, I had to remind myself that it was fiction.

JILL SANTOPOLO, AUTHOR OF THE LIGHT WE LOST

From the very first page, you know this book is something special. Taylor Jenkins Reid brings insight and poetry to a story that’s utterly unique and deeply authentic, one that transports you to a world of ‘70s rock so completely—with all its genius and temptation and creativity—it feels like you’re there.

KATHERINE CENTER, AUTHOR OF HOW TO WALK AWAY

As a writer, you try to stay in your own lane. Every now and then you come across a book and think 'I wish I had thought of that.' Daisy Jones & The Six is the first book I've read where I thought 'I wish I were cool enough to write that.' Raw, emotive and addictively voyeuristic, Daisy Jones is imbued with the same anguished heart that fuels the very best rock and roll. Like my favorite albums, this book will live with me for a very long time.

STEVEN ROWLEY, AUTHOR OF LILY AND THE OCTOPUS 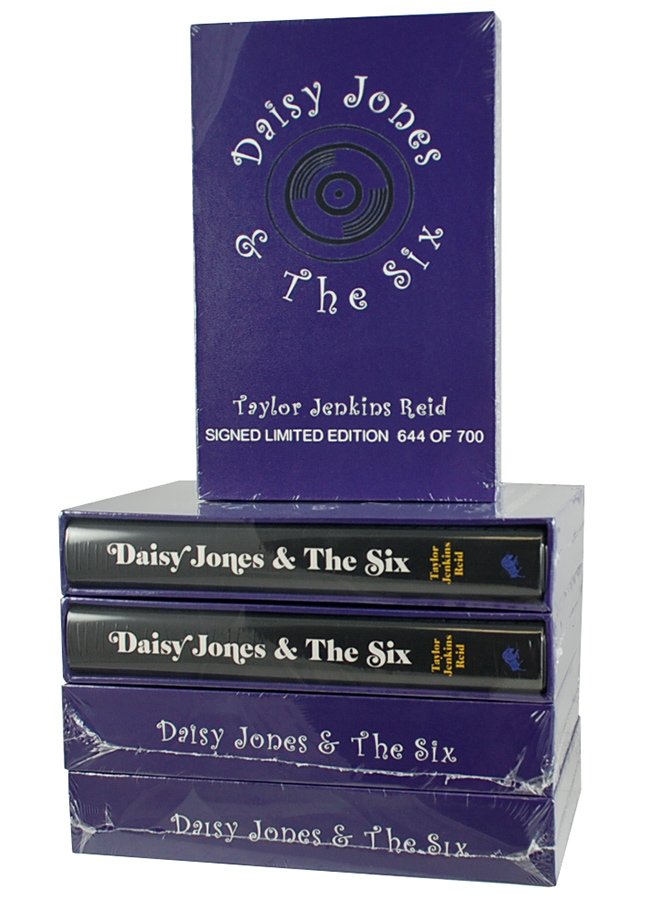 Lifetime Guarantee of Signature Authenticity. Personally signed by Taylor Jenkins Reid directly onto the limitation page of the book. The autograph is not a facsimile, stamp, or auto-pen. learn more

VERY FINE GUARANTEED. As New (Sealed). The condition is of the highest quality without any discernible flaws. The dust-jacket is now protected in a brand new archival acid-free Brodart sleeve.