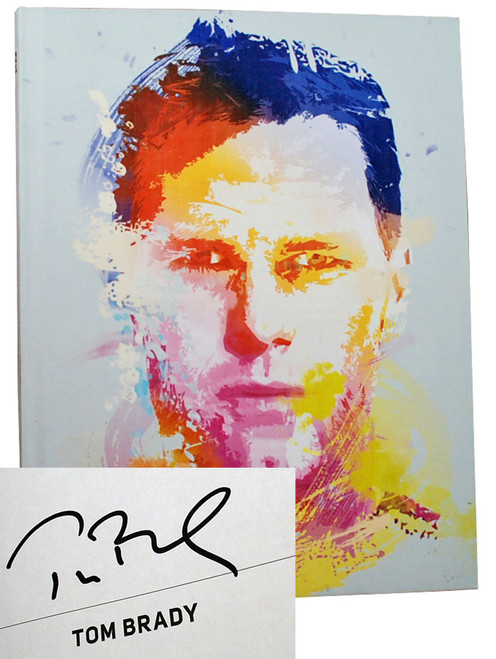 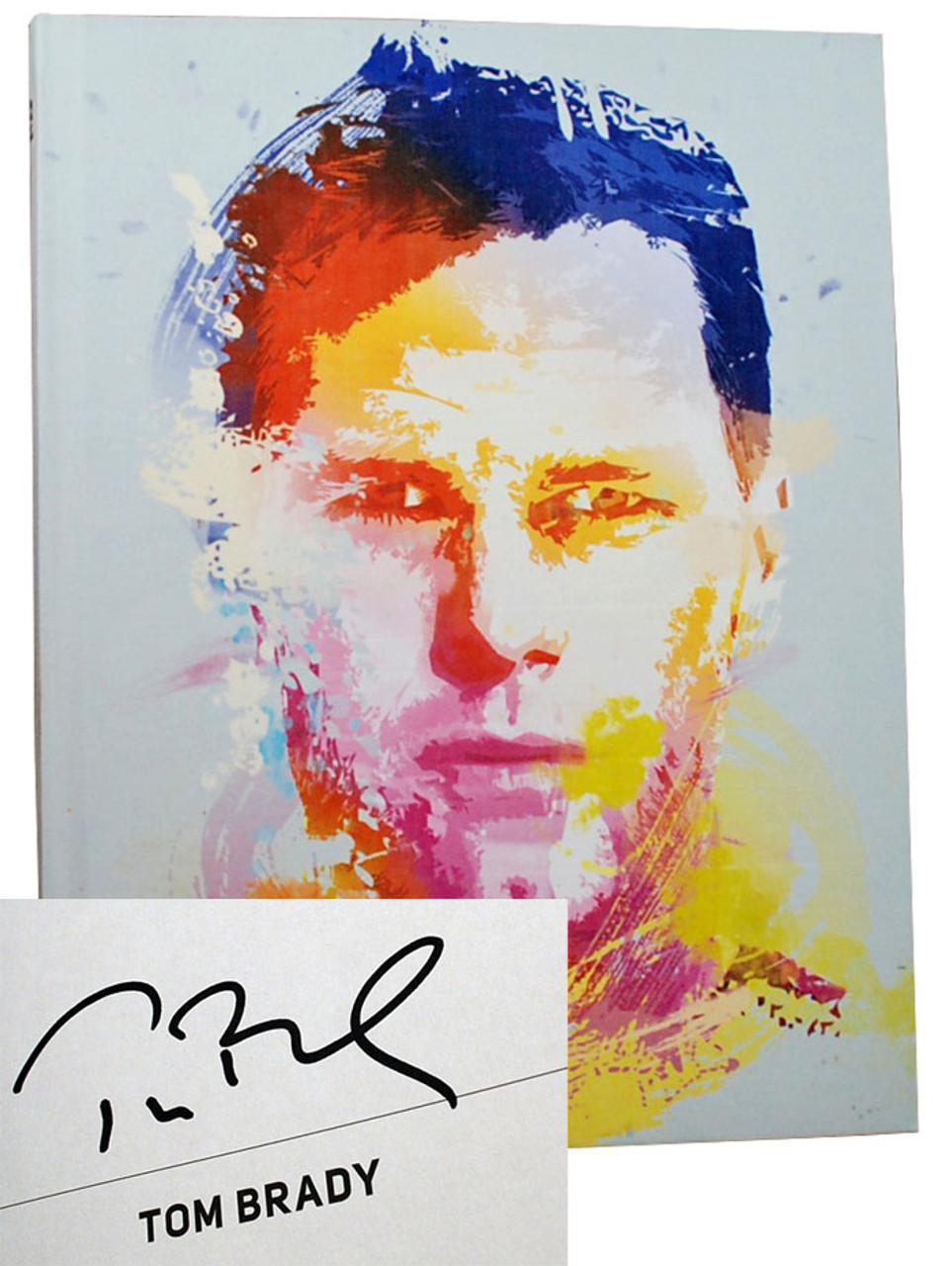 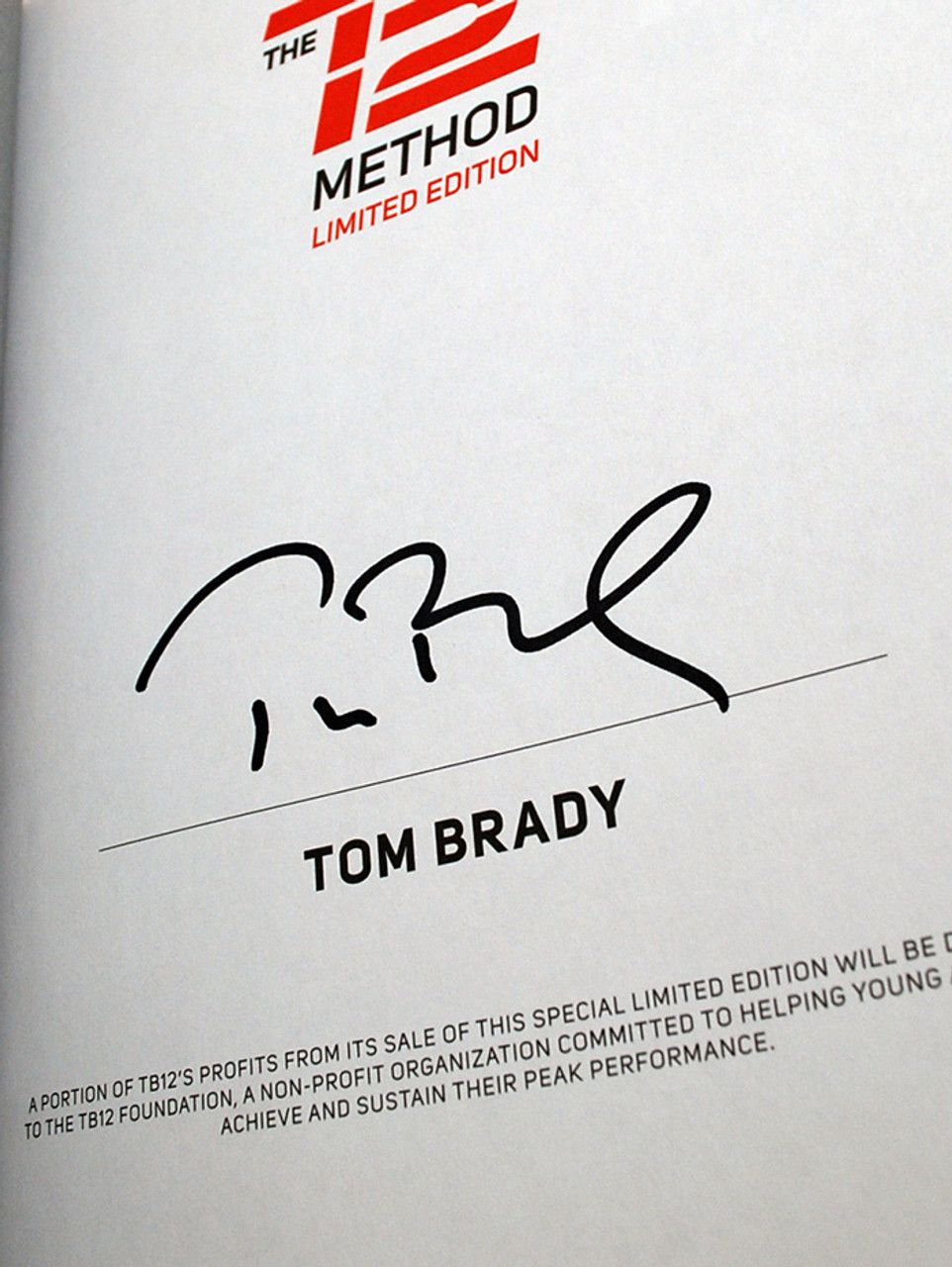 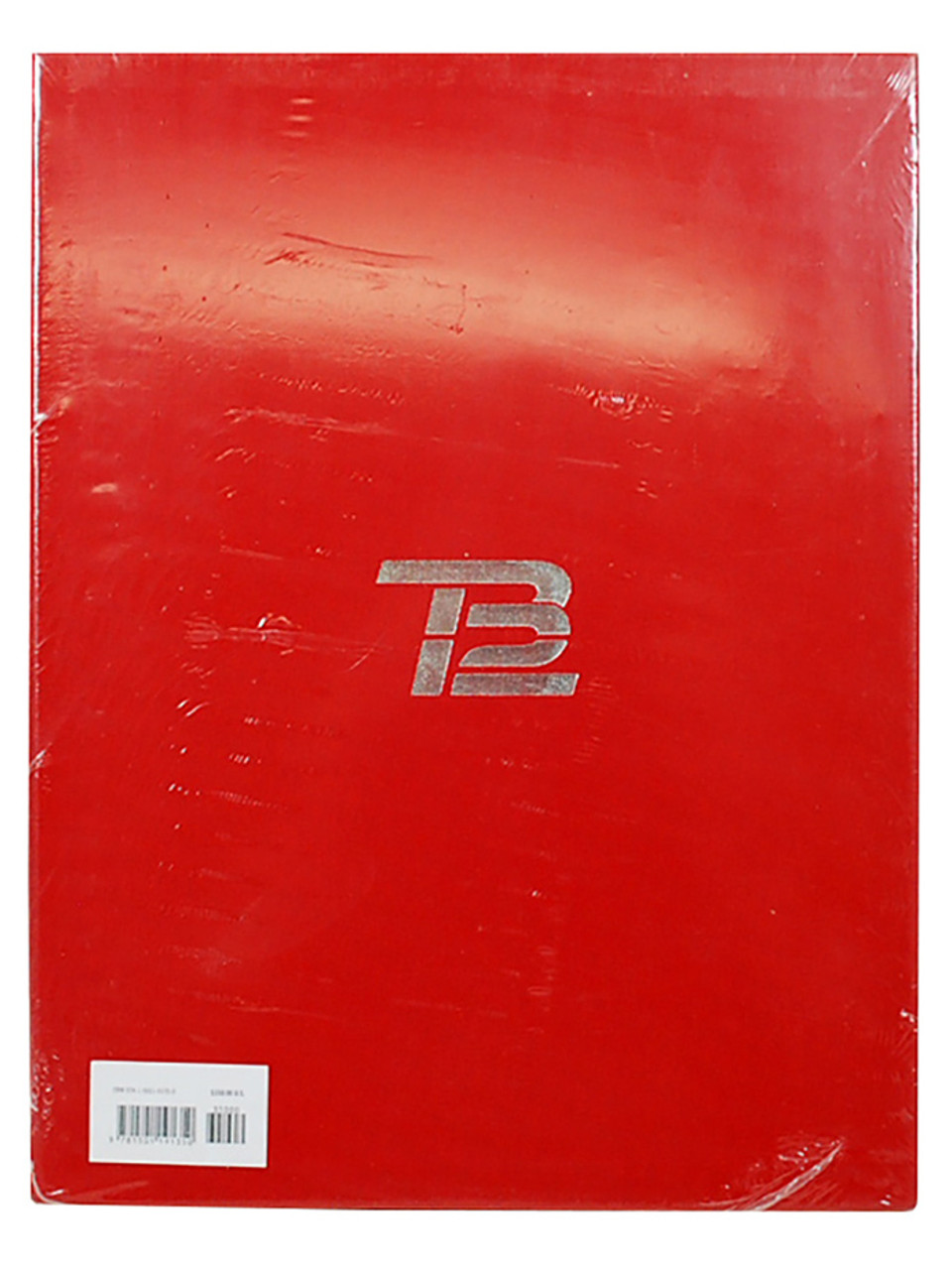 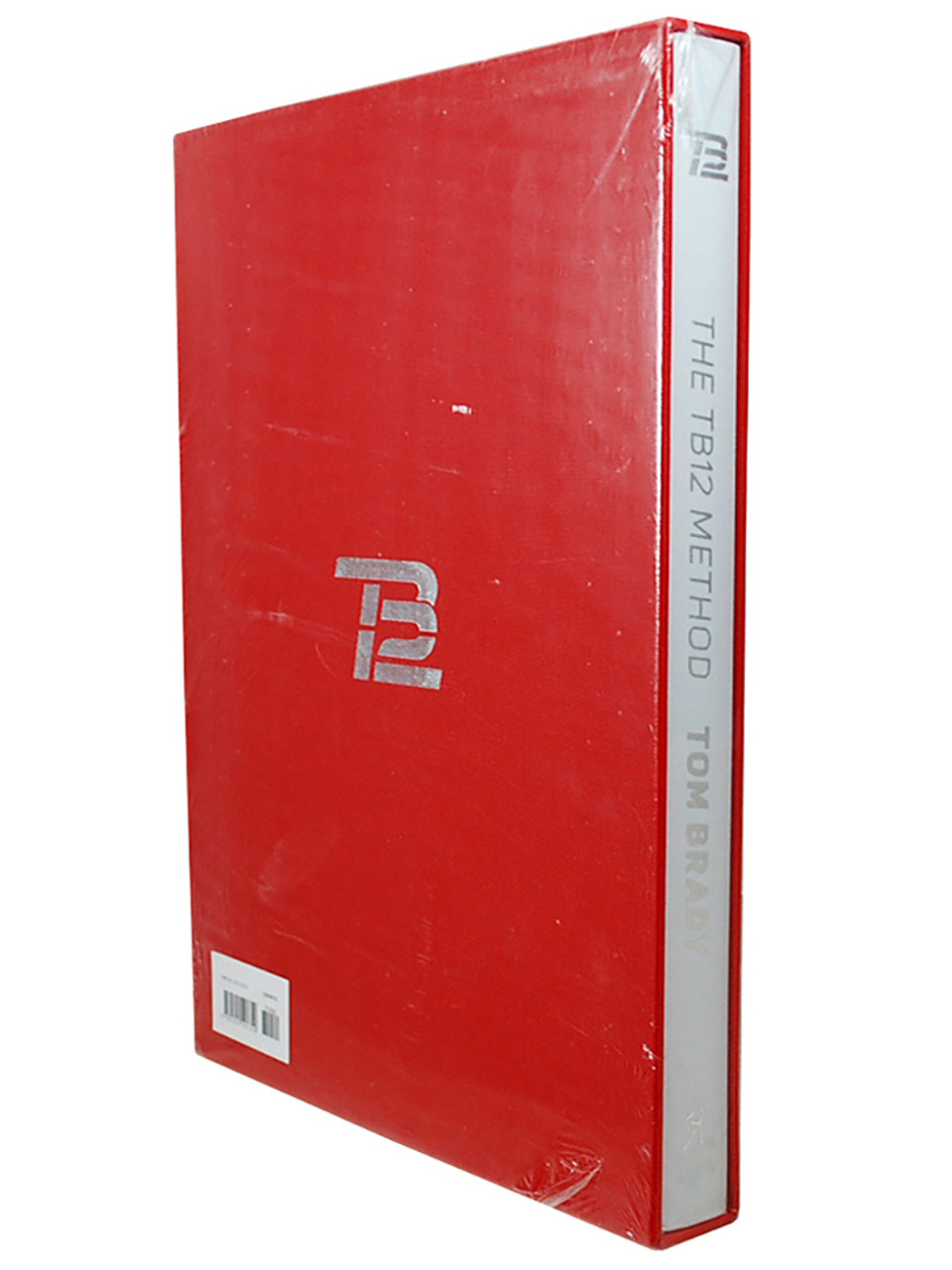 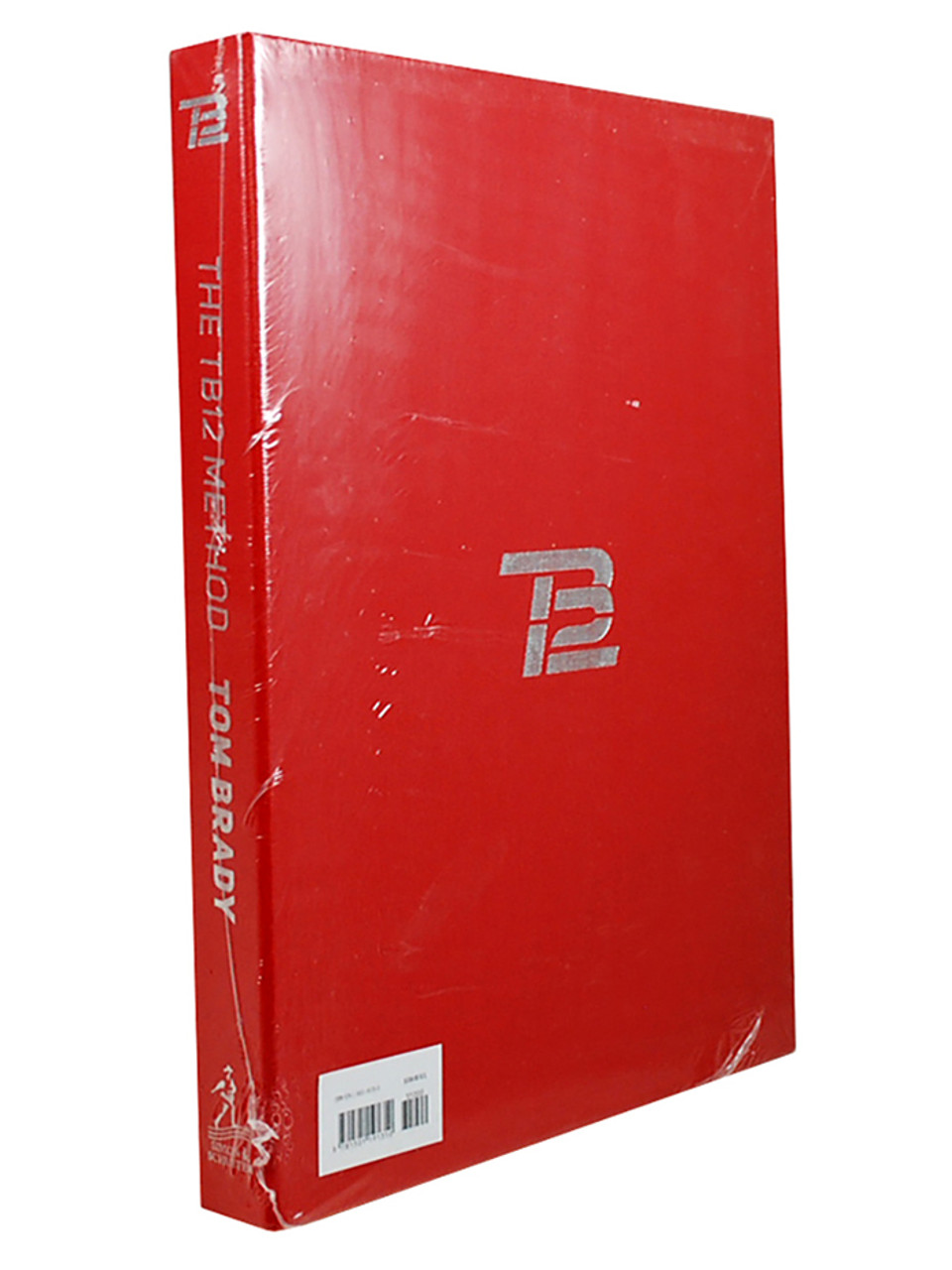 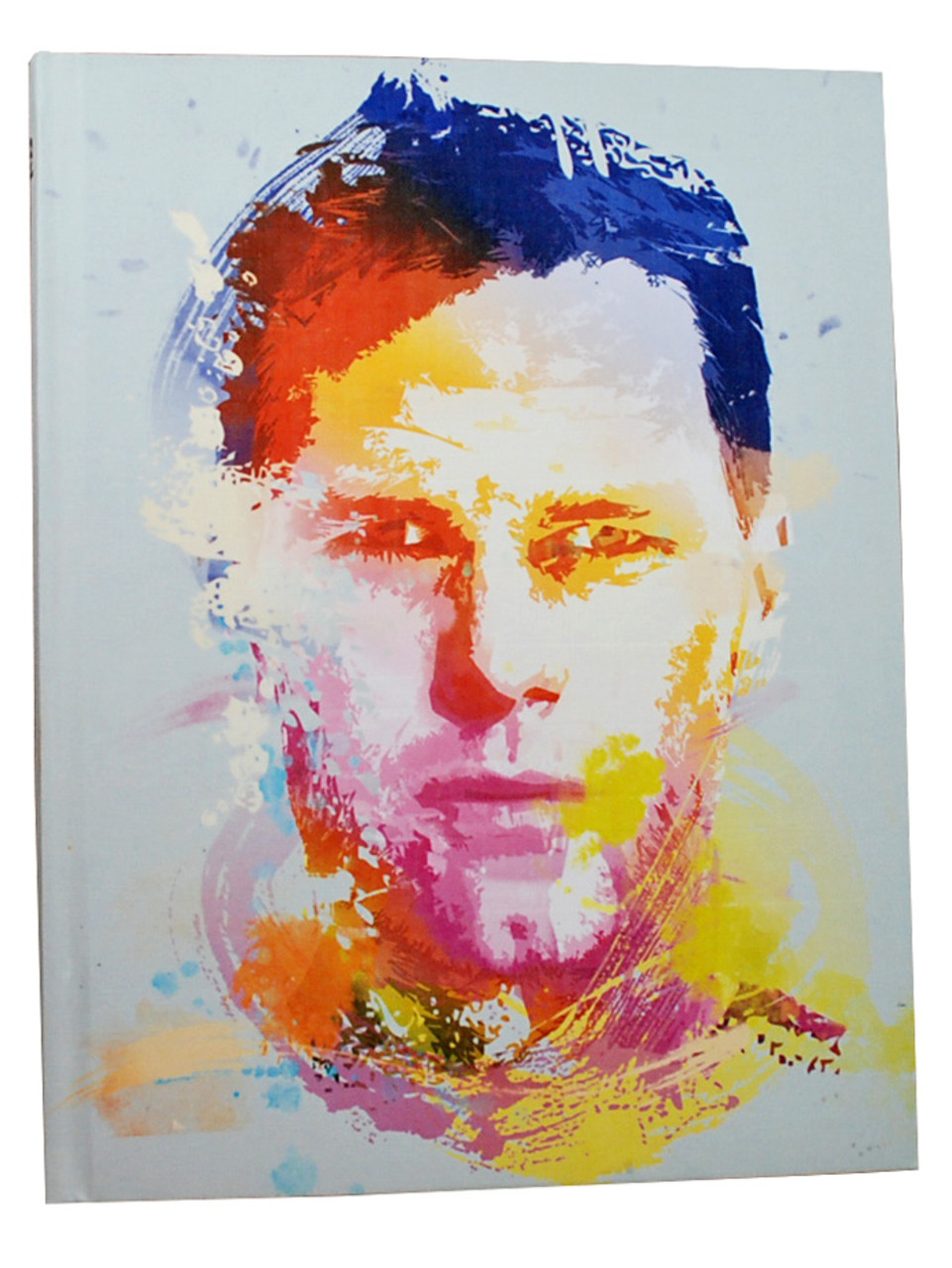 LAST ONE IN STOCK

The TB12 Method is the first book by Tampa Bay Buccaneers and former New England Patriots quarterback Tom Brady—the six-time Super Bowl champion who is still reaching unimaginable heights of excellence at forty-two years old. The book reveals Brady’s revolutionary approach to sustained peak performance for athletes of all kinds and all ages in a gorgeously illustrated and deeply practical “athlete’s bible.”

This Limited Edition, hand-signed version of The New York Times Best Seller, "The TB12 Method" features a linen front cover with a brilliantly illustrated portrait of Tom Brady and a red canvas slipcase embossed with a silver foil TB12 logo. The book takes you through Brady's journey, in his own words — from an aspiring young athlete to a 6-time Super Bowl champion.

Simon and Schuster, March 6 2018. Tom Brady "The TB12 Method: How to Achieve A Lifetime of Sustained Peak Performance" Signed Limited Collector's Edition. Personally signed by Tom Brady direcly onto the special title page.  This specially bound edition features a new, exclusive portrait of Tom Brady on the cover. It is accompanied by a red canvas cloth slipcase, stamped with a silver foil TB12 logo. Limited to only 1,600 signed copies. As New, sealed in the shrink-wrap. 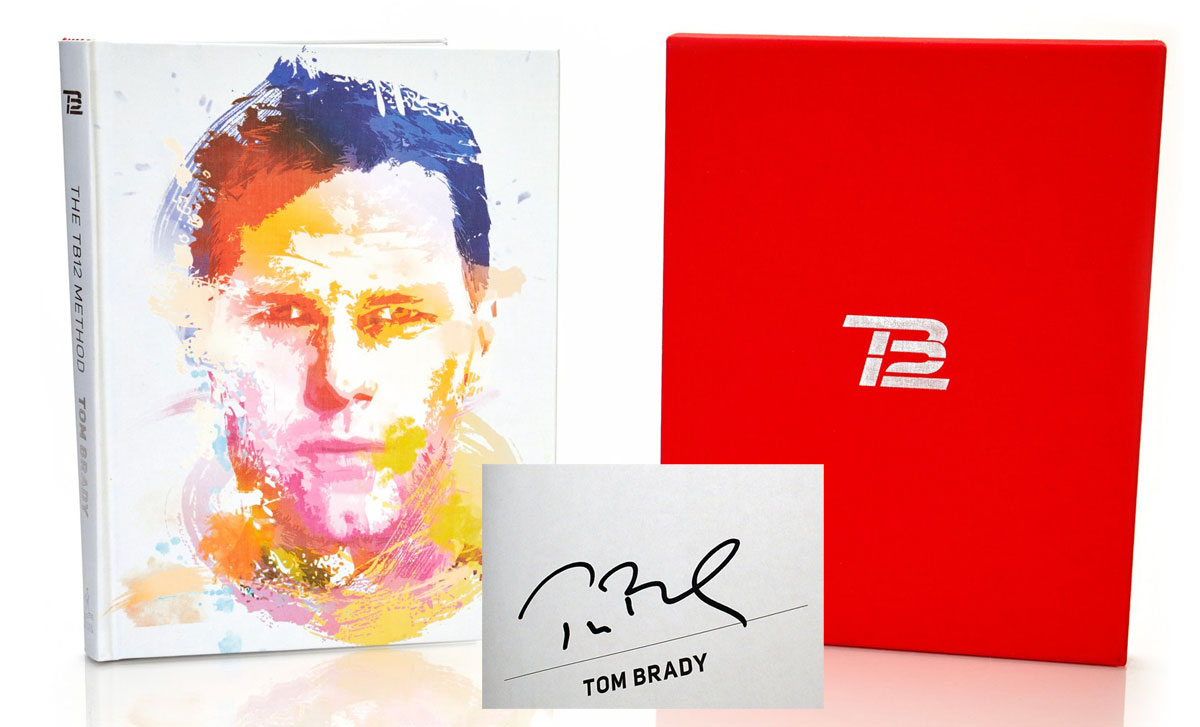 The TB12 Method is the first book by New England Patriots quarterback Tom Brady, the six-time Super Bowl champion who is still reaching unimaginable heights of excellence at forty-one years old. The book reveals Brady's revolutionary approach to sustained peak performance for athletes of all kinds and all ages in a gorgeously illustrated and deeply practical "athlete's bible."

In modern sports, some athletes have managed to transcend their competition in a way that no one will ever forget: Jordan. Jeter. Ali. Williams. These elite legends have changed the game, achieved the unthinkable, and pushed their bodies to unbelievable limits. Joining their exclusive ranks is Tom Brady.

"Brady is the healthiest great champion the NFL has ever had, both physically and mentally" (Sally Jenkins, The Washington Post). The longtime New England Patriots quarterback, who in 2017 achieved his fifth Super Bowl win and fourth Super Bowl MVP award, is widely regarded as an athlete whose training and determination pushed him from a mediocre draft position to the most-revered and respected professional football player of his generation.

In The TB12 Method, Tom Brady explains how he developed his groundbreaking approach to long-term fitness, presenting a comprehensive, step-by-step guide to his personal practice. Brady offers the principles behind pliability, which is at the heart of a new paradigm shift and movement toward a more natural, healthier way of exercising, training, and living--and one that challenges some commonly held assumptions around health and wellness. Filled with lessons learned from Brady's own peak performance training, and step-by-step action steps to help readers develop and maintain their own peak performance, The TB12 Method also advocates for more effective approaches to strength training, hydration, nutrition, supplementation, cognitive fitness, recovery, and other lifestyle choices that dramatically decrease the risk of injury while amplifying and extending performance, as well as quality of life.

After using his methods for over a decade, Brady believes that the TB12 approach has made him-and can make any athlete, male or female, in any sport and at any level-achieve their own peak performance. With instructions, drills, photos, in-depth case studies that Brady himself has used, as well as personal anecdotes and experiences from on and off the field, The TB12 Method is the only book an athlete will ever need, a playbook from Brady himself that will change the game.

This specially bound edition features a new, exclusive portrait of Tom Brady on the cover. Accompanied by a red canvas cloth slipcase, stamped with a silver foil TB12 logo. 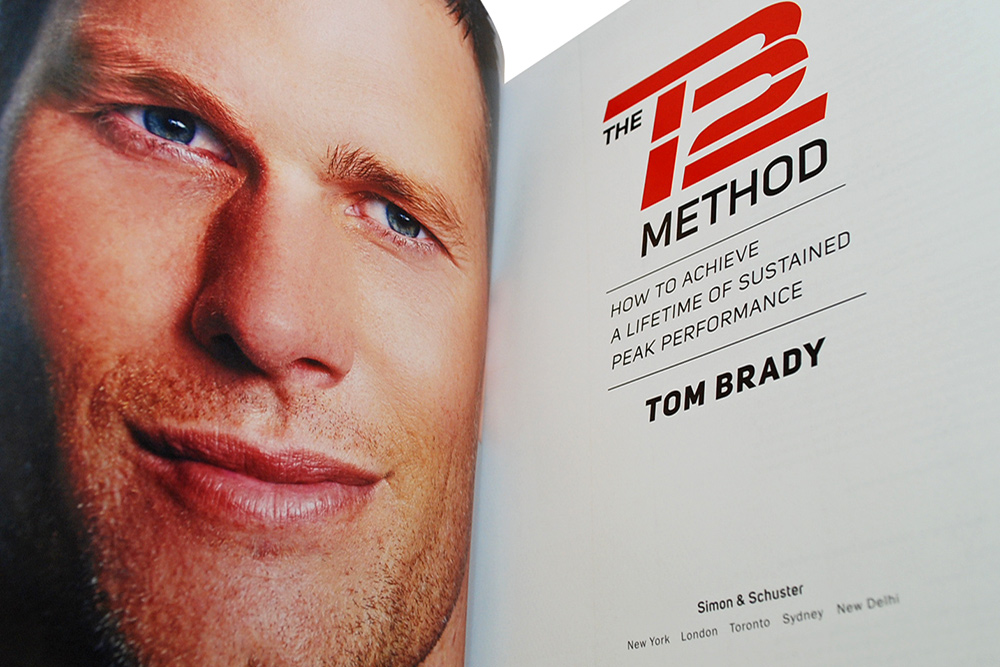 Tom Brady, the New England Patriots' successful and durable quarterback, has a new book. It is entitled The TB12 Method: How to Achieve a Lifetime of Sustained Peak Performance, and it is large and handsome....The book's tone is humble and encouraging....Most important, the book provides useful photographic and textual instructions for dozens of body-weight resistance training exercises, many done with resistance bands.
--The New York Times

Brady is the healthiest great champion the NFL has ever had, both physically and mentally. That is the most interesting and important aspect of his trajectory. His revolutionary act has been to seize control of his own body from a league that specializes in ruining men with Mesozoic training methods....On the cusp of 40, he has never looked or played better in his life, and he appears to have more years left in those strikingly limber arms and legs."
--Sally Jenkins, The Washington Post

Thomas Edward Patrick Brady Jr. (born August 3, 1977) is an American football quarterback for the New England Patriots of the National Football League. Brady has played in nine Super Bowls, winning six of them, the most of any player in NFL history. Due to his numerous accomplishments, records, and accolades, he is considered by many sports analysts to be the greatest quarterback of all time.

After playing college football for the University of Michigan, Brady was drafted by the Patriots in the sixth round of the 2000 NFL Draft, and went on to become the team's starting quarterback in his second season after a week 2 injury to Drew Bledsoe. Due to his late selection, Brady is considered the biggest "steal" in the history of the NFL Draft. Brady has been with the Patriots for 19 seasons, the NFL record for seasons quarterbacking for one team. In Brady's seventeen seasons as a starter, he has played in a record nine Super Bowls with the Patriots, and is one of only two quarterbacks to win a Super Bowl in their first season as a starter (the other being Kurt Warner). Brady holds most of the postseason quarterback records, leading all quarterbacks in postseason touchdowns, passing yards, and completions, while owning the corresponding Super Bowl records as well.

The only quarterback to reach 200 regular-season wins, Brady is the winningest quarterback in NFL history. With a postseason record of 30-10, he is first all-time in playoff wins and appearances for an NFL player. Brady has led the Patriots to an NFL-record eight consecutive AFC championship games since 2011 (thirteen overall), and has never had a losing season as a starting quarterback. He is tied for the record for the longest touchdown pass at 99 yards to Wes Welker.

For his alleged involvement in the Deflategate football-tampering scandal, Brady was suspended for the first four games of the 2016 season. Brady and the Patriots won two of the next three Super Bowls, making him the record holder for most Super Bowl wins by a player, and the oldest quarterback to win a Super Bowl, at 41.

In 2016, Brady announced the launch of his peak performance website TB12Sports.com. The site features information on Brady's training regimen and includes a store to purchase TB12 equipment and merchandise. Later in the year, the TB12 brand expanded to offer a snack line. The snacks contain raw, vegan, and organic ingredients that are also free of gluten and dairy. The following month, Brady, alongside Boston Private and Robert Paul Properties, announced the formation of the TB12 Foundation. The purpose of the nonprofit foundation is to provide free post-injury rehabilitation care and training to underprivileged, young athletes. In March 2017, Brady moved beyond his snack line and partnered with meal-kit startup Purple Carrot to offer his own line of TB12 Performance Meals. The meals utilize whole foods and focus on providing nutrients for workout recovery. On September 19, 2017, Simon & Schuster published Brady's first book, The TB12 Method: How to Achieve a Lifetime of Sustained Peak Performance. Within 48 hours, it had become a number one best-seller on Amazon.com. The book also reached #1 on The New York Times' weekly Best Sellers list, to be featured in the edition of October 8, 2017.